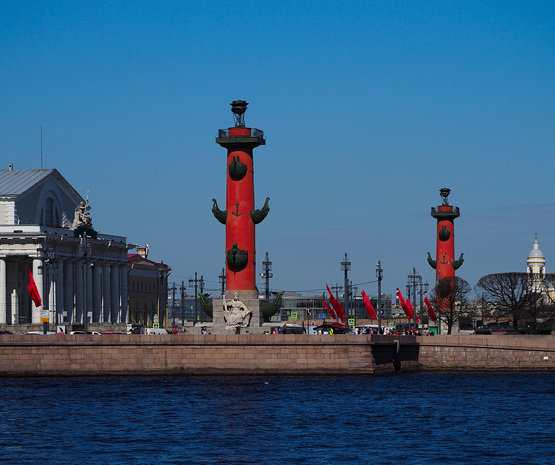 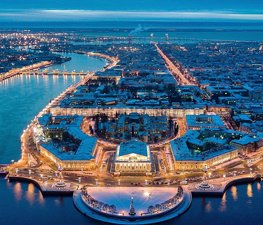 The Old Stock Exchange is sited to fill the majestic sweep of the Spit (in Russian Strelka) of Vasilievsky Island, just opposite the Winter Palace. Thomon's design called for a peristyle of forty four Doric columns resting upon a massive stylobate of red granite and supporting an entablature of triglyphs and slotted metopes. A monumental sculptural group similar in form to a quadriga featuring Neptune, and symbolizing maritime commerce, is mounted above the portico. Both inside and outside the Bourse, a motif of the semicircle is recurrent. The interior features a large colonnaded trading hall, now divided into eight exhibition halls. The central rooms are illuminated by an oblong skylight. The surrounding ceiling features double-sunk coffers.

Use as the Central Naval Museum

Today the collection has over 8,000 items including a ship belonging to Peter the Great in which he learned to sail while a teenager. The collection includes several ancient ships, model ships, engravings, uniforms and photographs documenting the Russian Navy from the time of the Russian Empire, the U.S.S.R., and Russian Federation.

is visible across the Neva.]] Opposite the exchange building on the Neva, de Thomon designed a semicircular overlook with circular ramps descending to a jetty projecting into the river. This formal approach, is framed by two rostral columns centered on the portico of the Stock Exchange. The Doric columns sit on a granite plinth and are constructed of brick coated with a deep terra cotta red stucco and decorated with bronze anchors and four pairs of bronze ship prows (rostra). Seated marble figures decorate the base of each column each representing the major rivers of Russia — the Volga and Dnieper at the northern Rostral Column, Neva and Volkhov at the southern one. The Rostral Columns were originally intended to serve as beacons and originally were topped by a light in the form of a Greek brazier and lit by oil. The braziers have been removed and the tops of the columns refitted with gas torches that continue to be lit on ceremonial occasions.

NeKiPiSHui
The tip of Vasilievsky island is decorated with pretty floral arrangements and a great view towards Peter-Paul Fortress and the Neva embankment.

Jorge Hernández
Amazing view for the Fortress and the Hermitage

Ben Baron
Take in the view of the river and the museums on the water.

Spit of Vasilievsky Island on Foursquare

A rostral column is a monumentally scaled column, originating in

Exchange Bridge (Russian: Биржево́й мост) is the bridge across Malay

The Kunstkamera or Kunstkammer was the first museum in Russia. It was

The Pushkin House (Russian: Пушкинский дом, Pushkinsky Dom) is the

Palace Bridge (Russian: Дворцо́вый мост, Dvortsoviy Most) is a ro 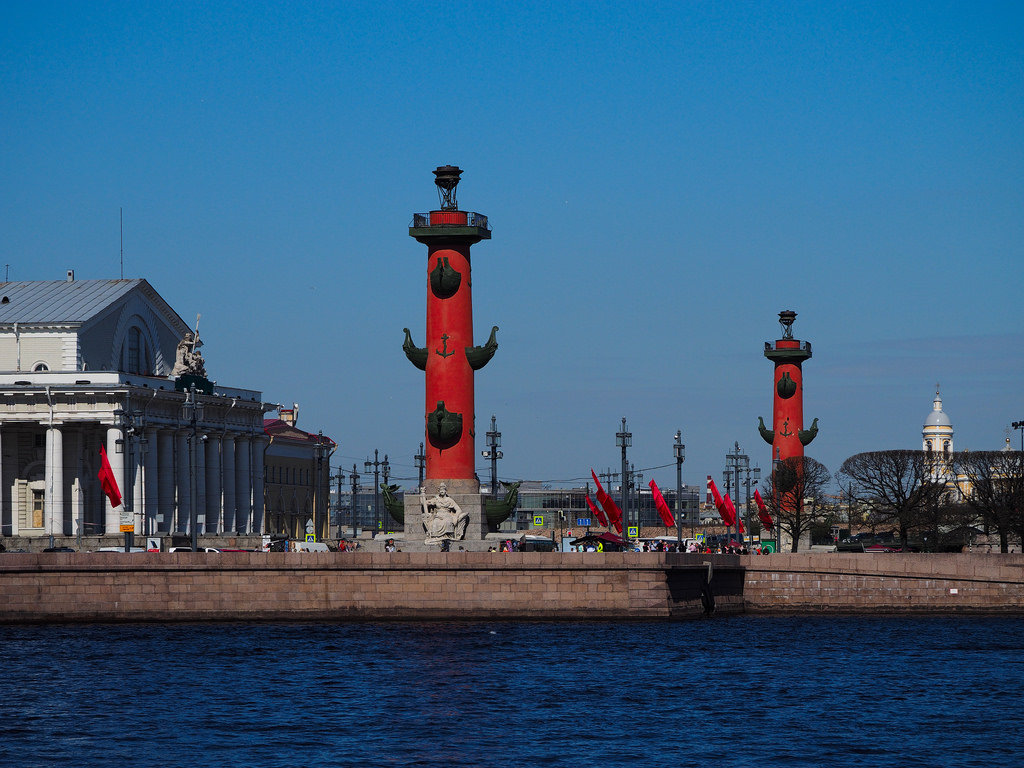 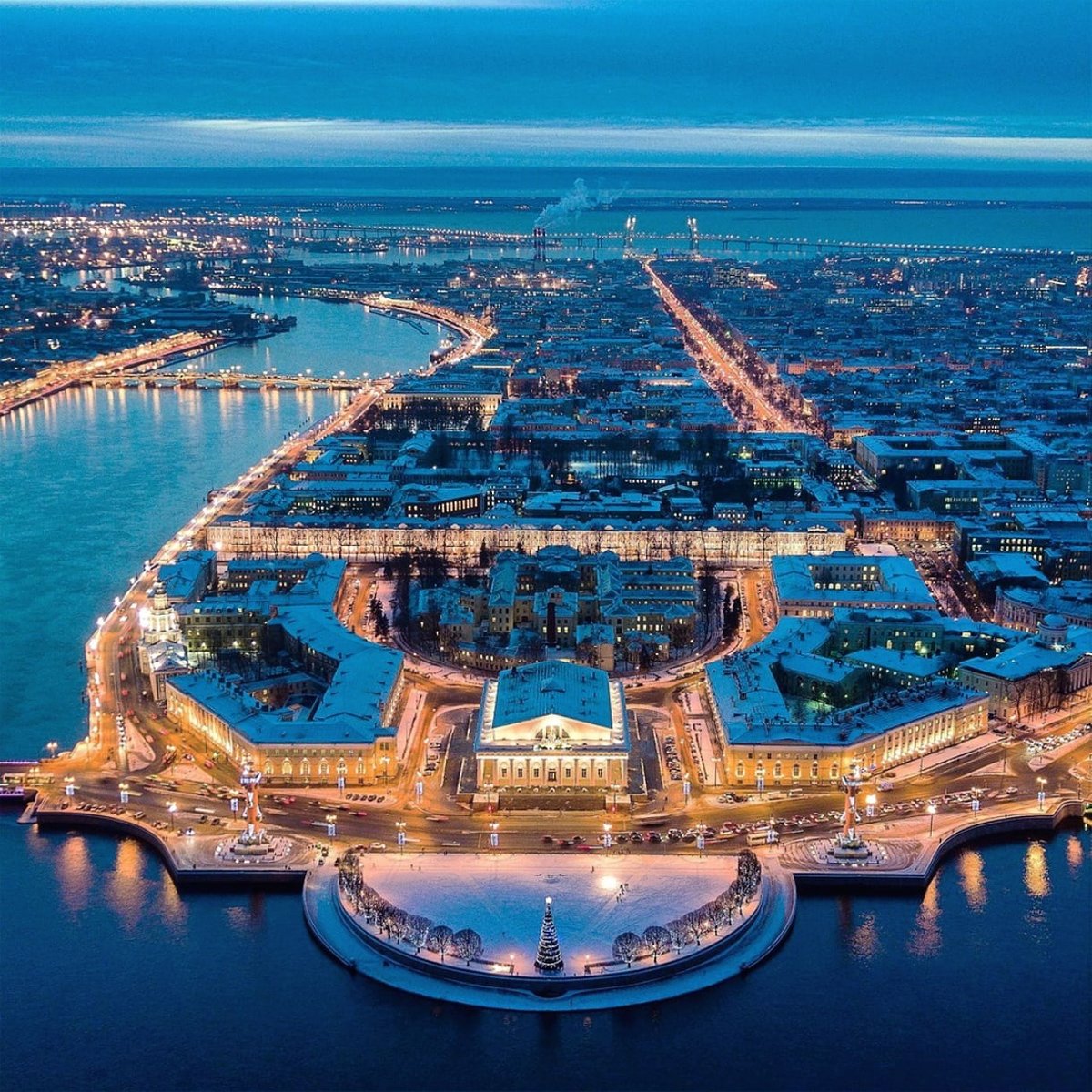