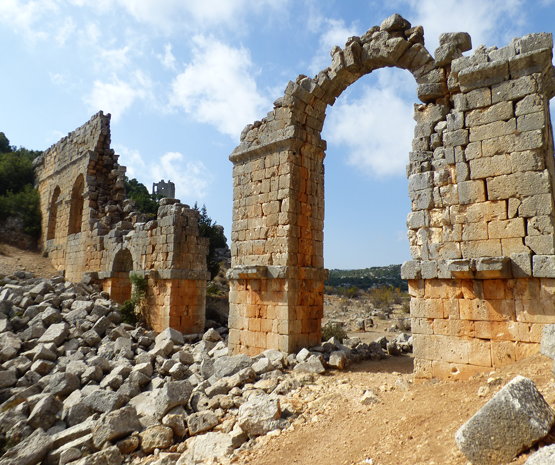 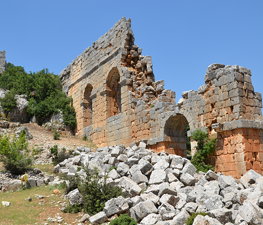 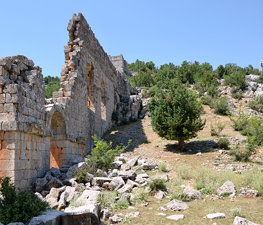 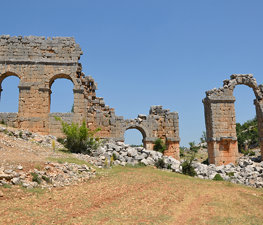 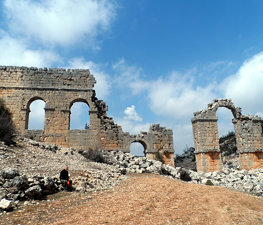 The aqueduct is in Silifke ilçe (district) of Mersin Province at . It is about 4 kilometres (2.5 mi) east of the sacred place of Diokaesareia (now called Uzuncaburç town) and close to the capital of Olba Kingdom (a local kingdom).

The aqueduct was commissioned by the Roman Emperor Septimius Severus (193-211) in 199. On the inscription it reads "the city of Olba residents". The aqueduct underwent repairs during the reign of Byzantine Emperor Justinian I (527-565) in 566.

The aqueduct is mostly demolished. A part of it can be seen to the west of the agora ruins. It is a double tier aqueduct. Its height is 25 metres (82 ft) and its length over a valley next to the city is 150 metres (490 ft). There are observation towers around the aqueduct. The source of the watercourse is Limonlu River also known as Lamas River around the village of Kızılgeçit which is about 8 kilometres (5.0 mi) to the northeast.

Tips & Hints
Arrange By:
Popular first New first
There are no tips nor hints for Olba Aqueduct yet. Maybe be you will be the first one to post useful information for fellow travellers? :)
1.0/10
I've been here
Add to wishlist

The Üçayaklı ruins are in Mersin Province, Turkey.

Eynsford Viaduct is a tourist attraction, one of the Aqueducts in

Add to wishlist
I've been here
Visited
Aqueduct of Vanvitelli

The Aqueduct of Vanvitelli or Caroline Aqueduct is an aqueduct built

The Treffry Viaduct is a historic dual-purpose railway viaduct and 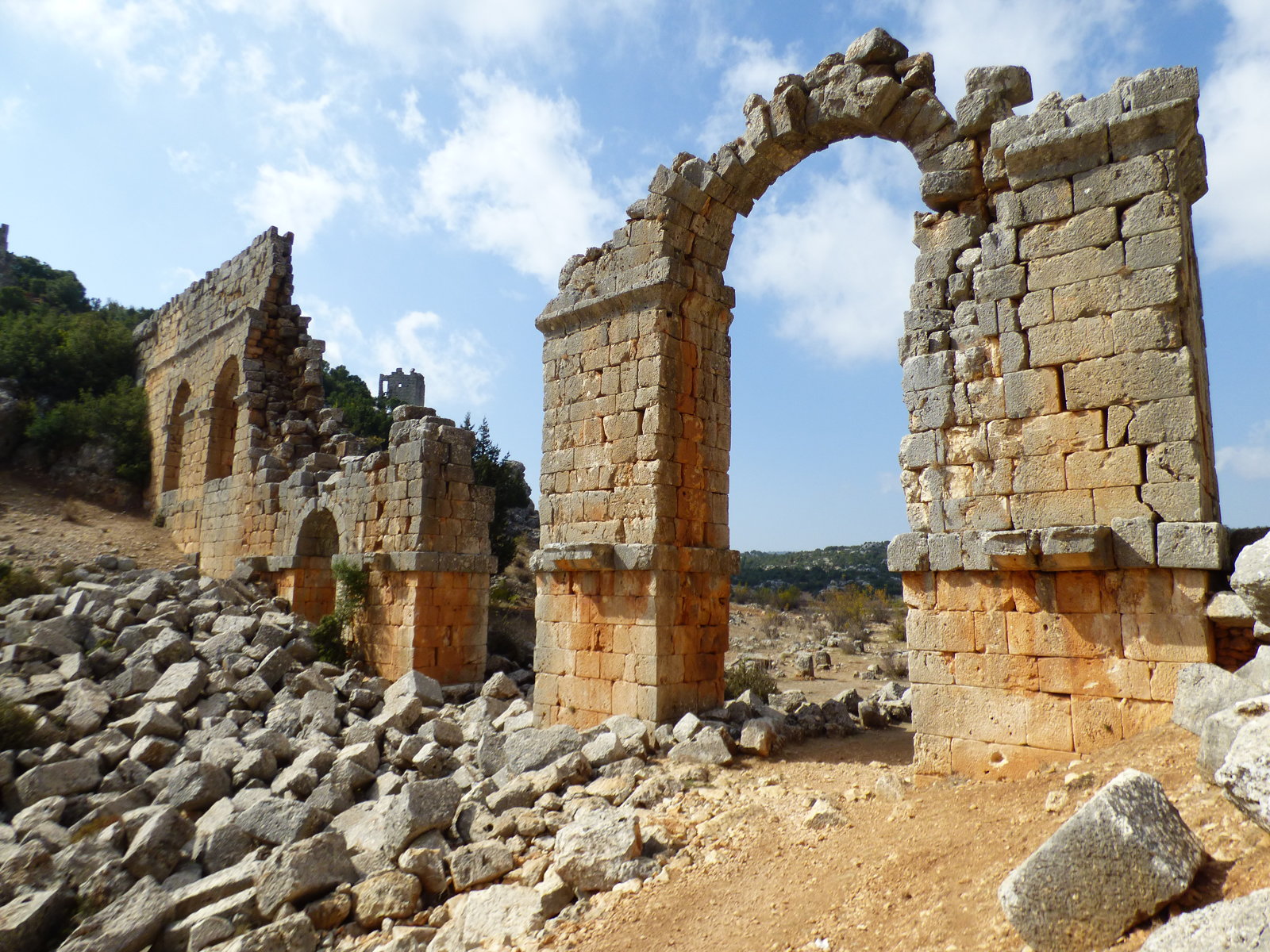 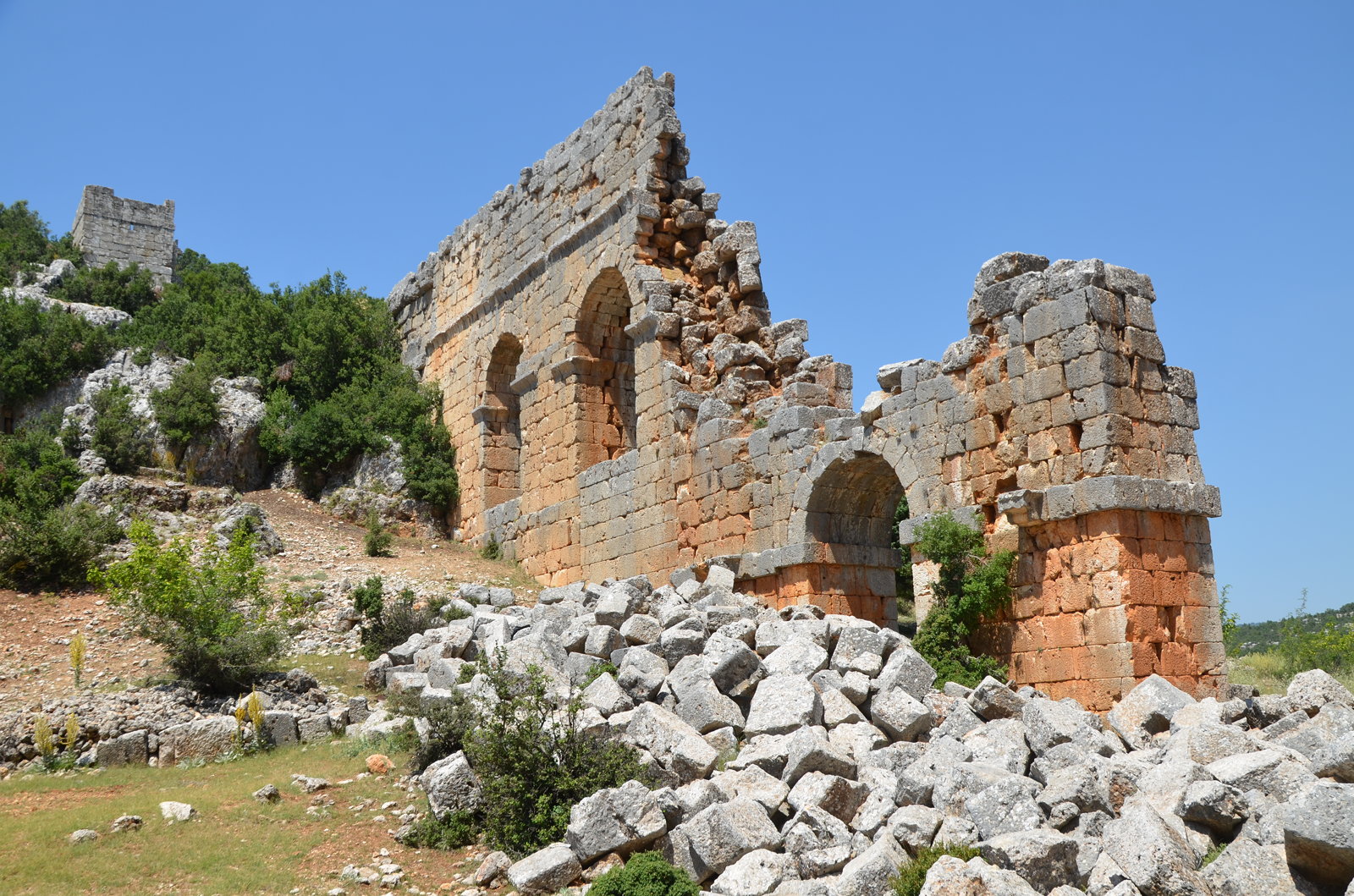 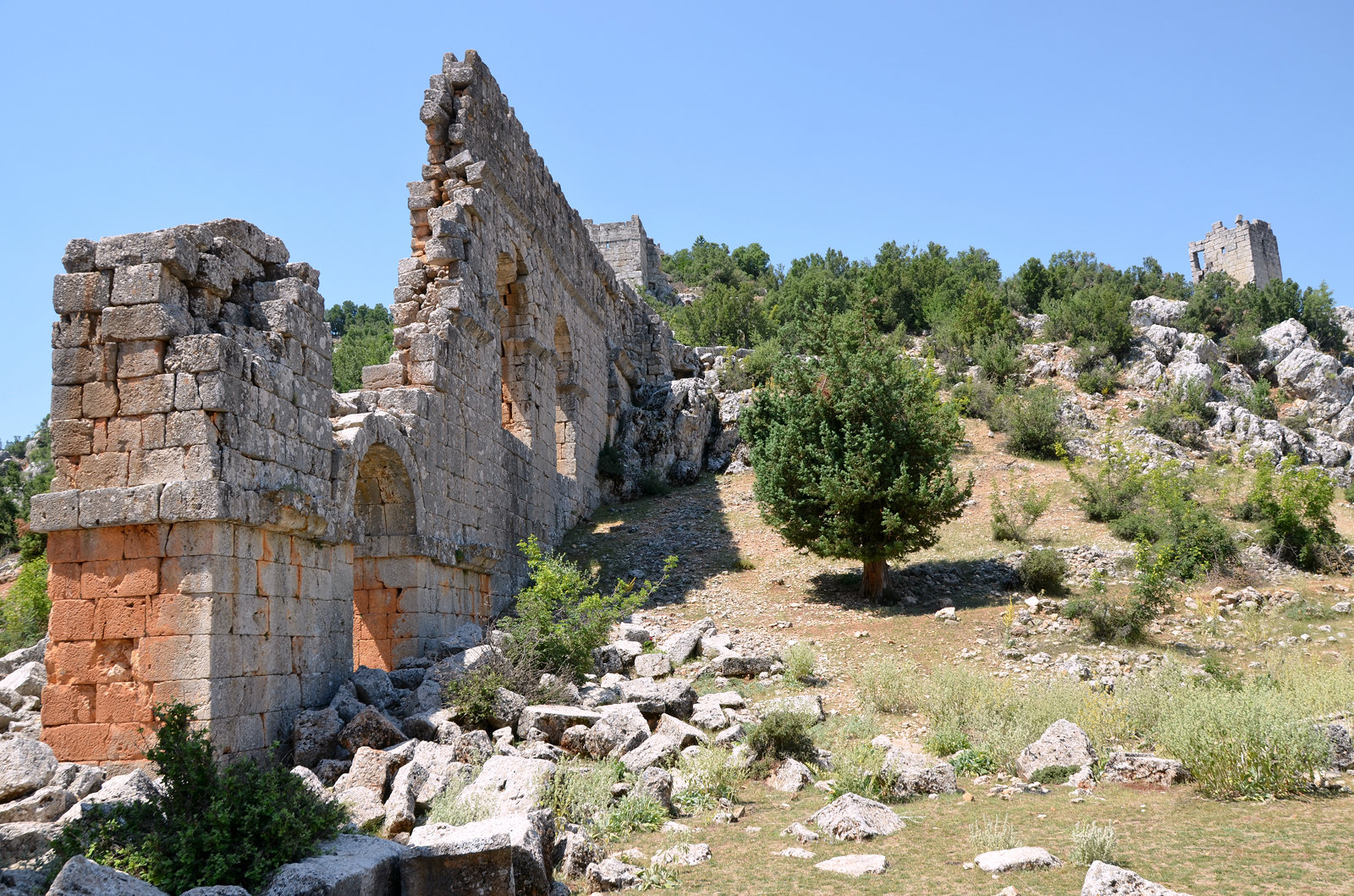 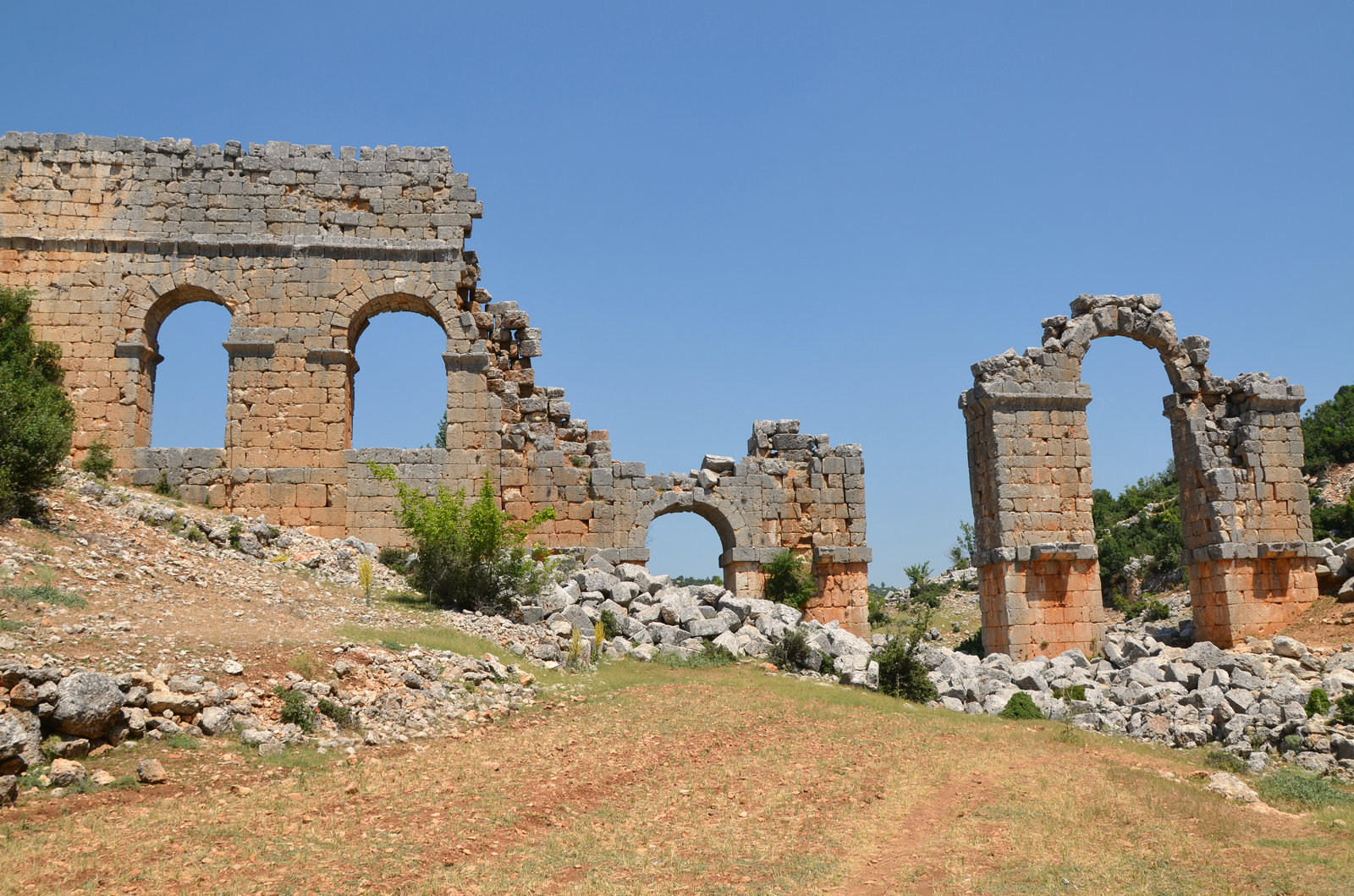 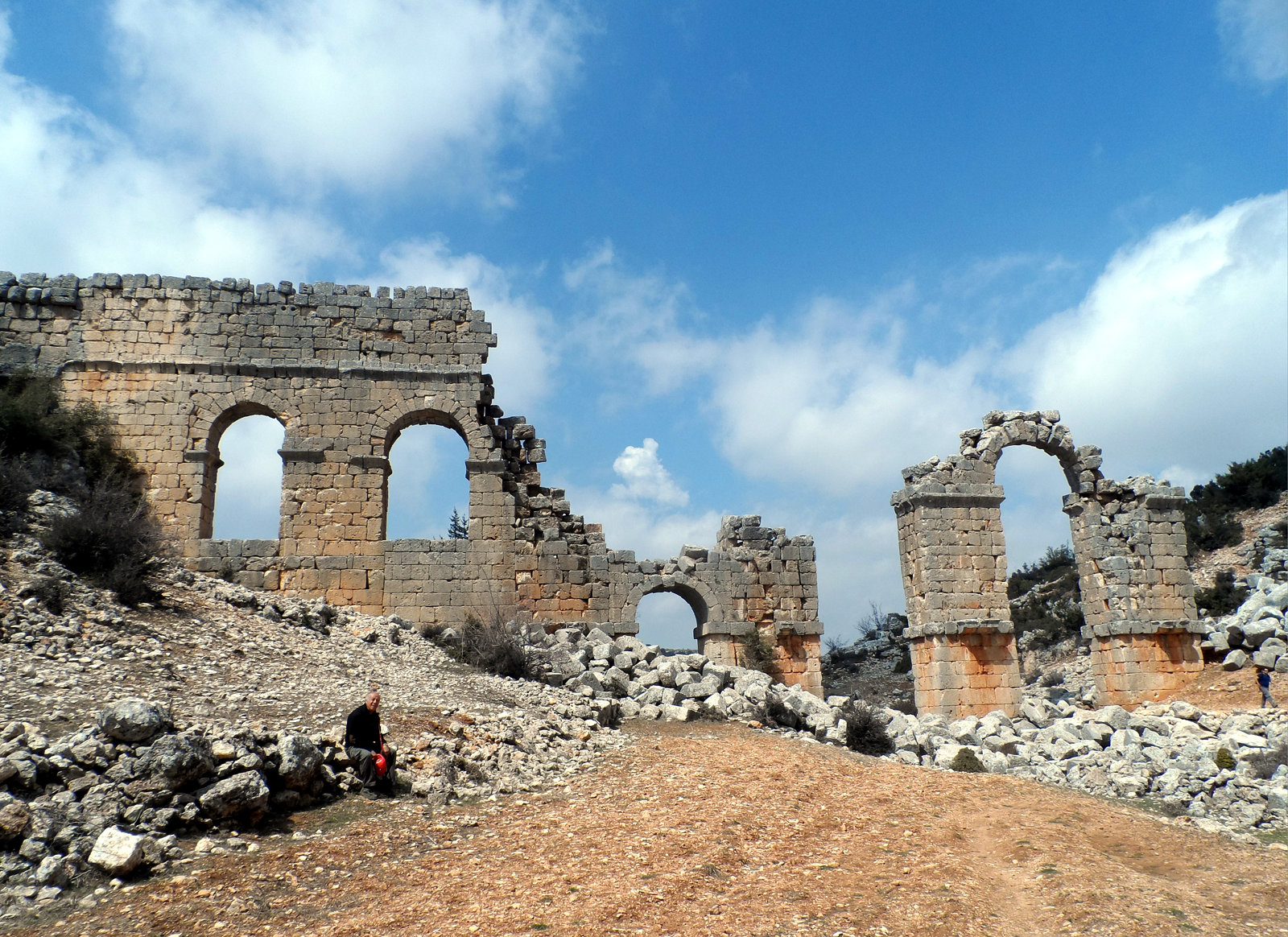 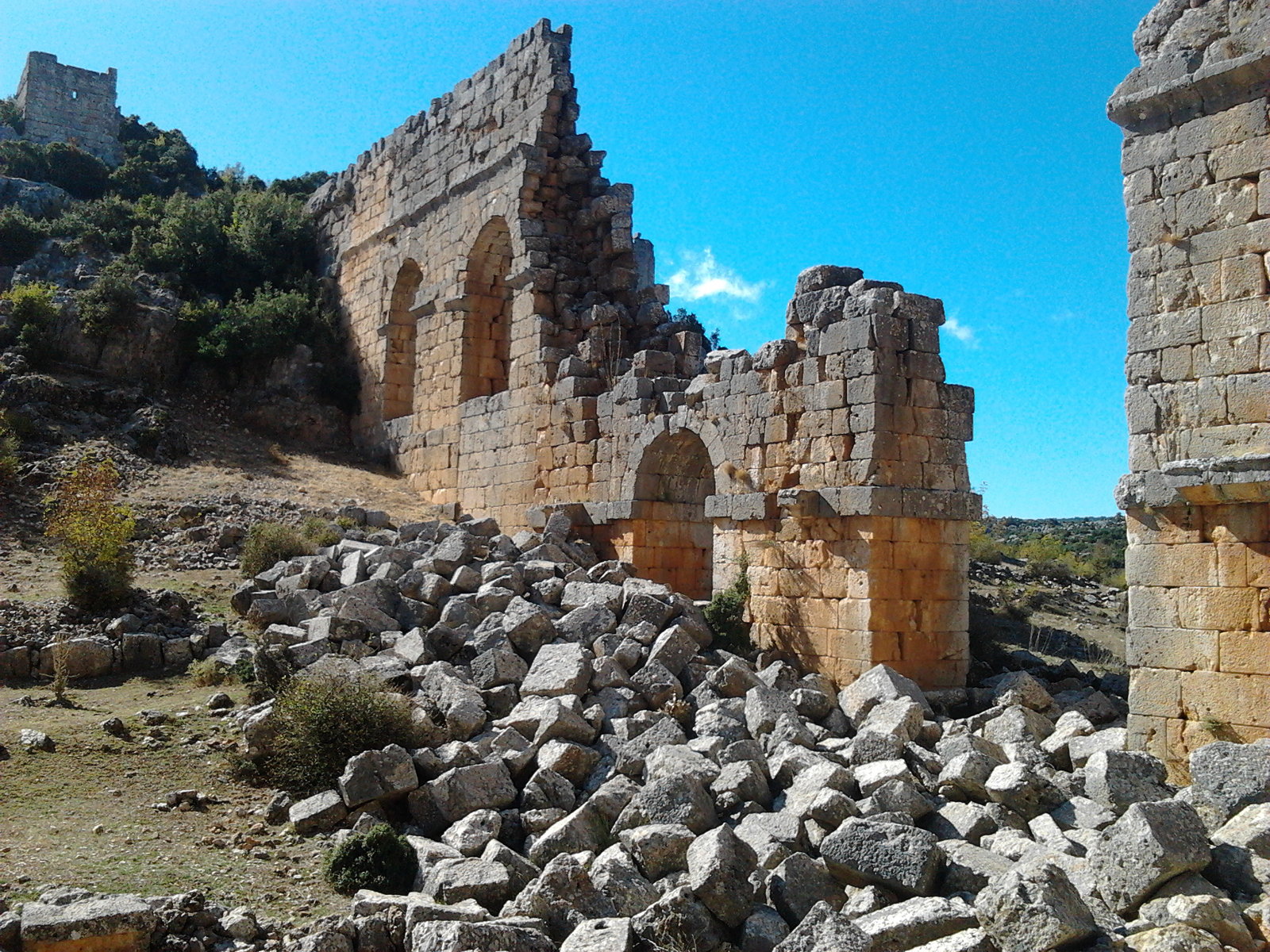 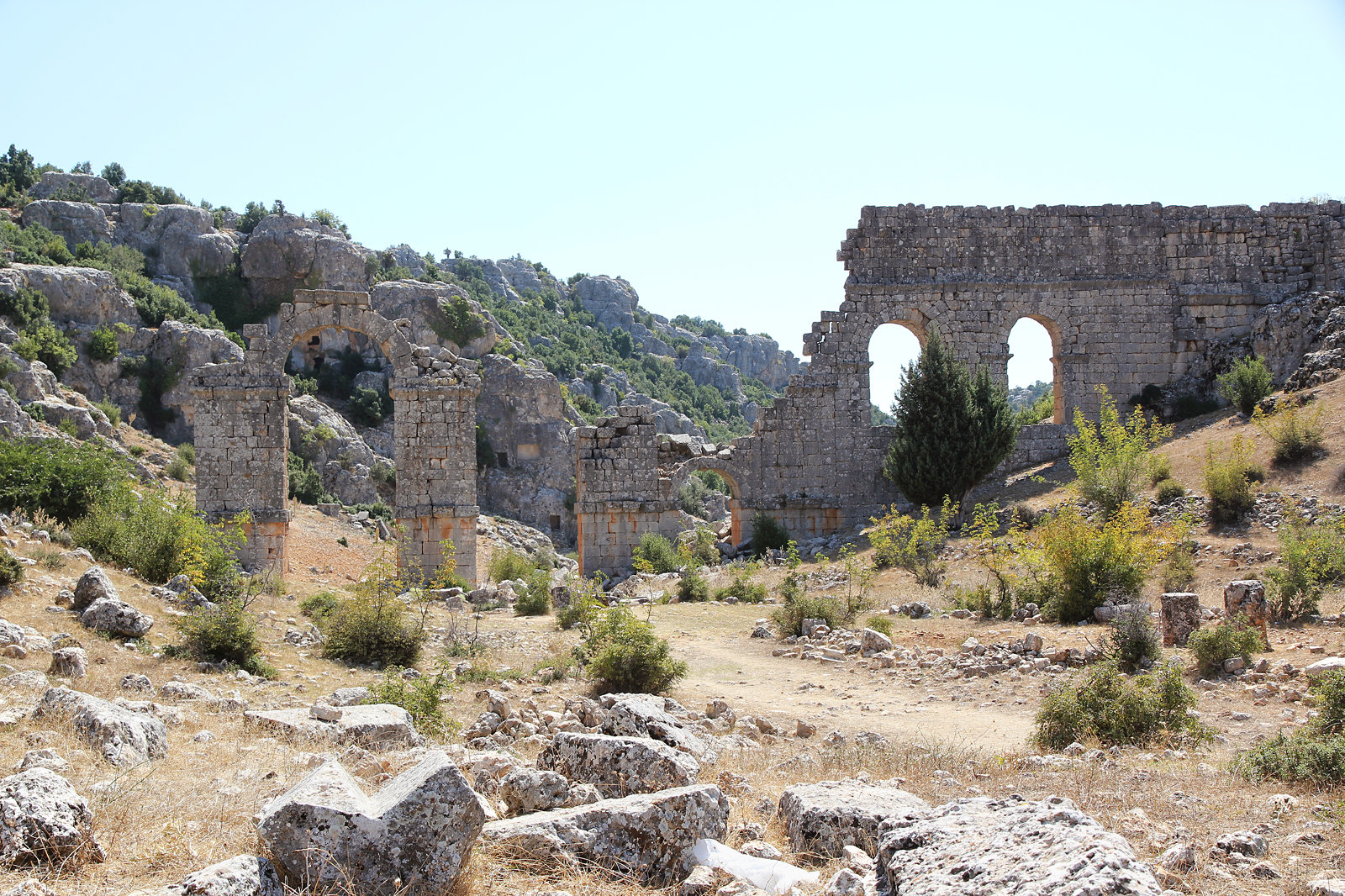 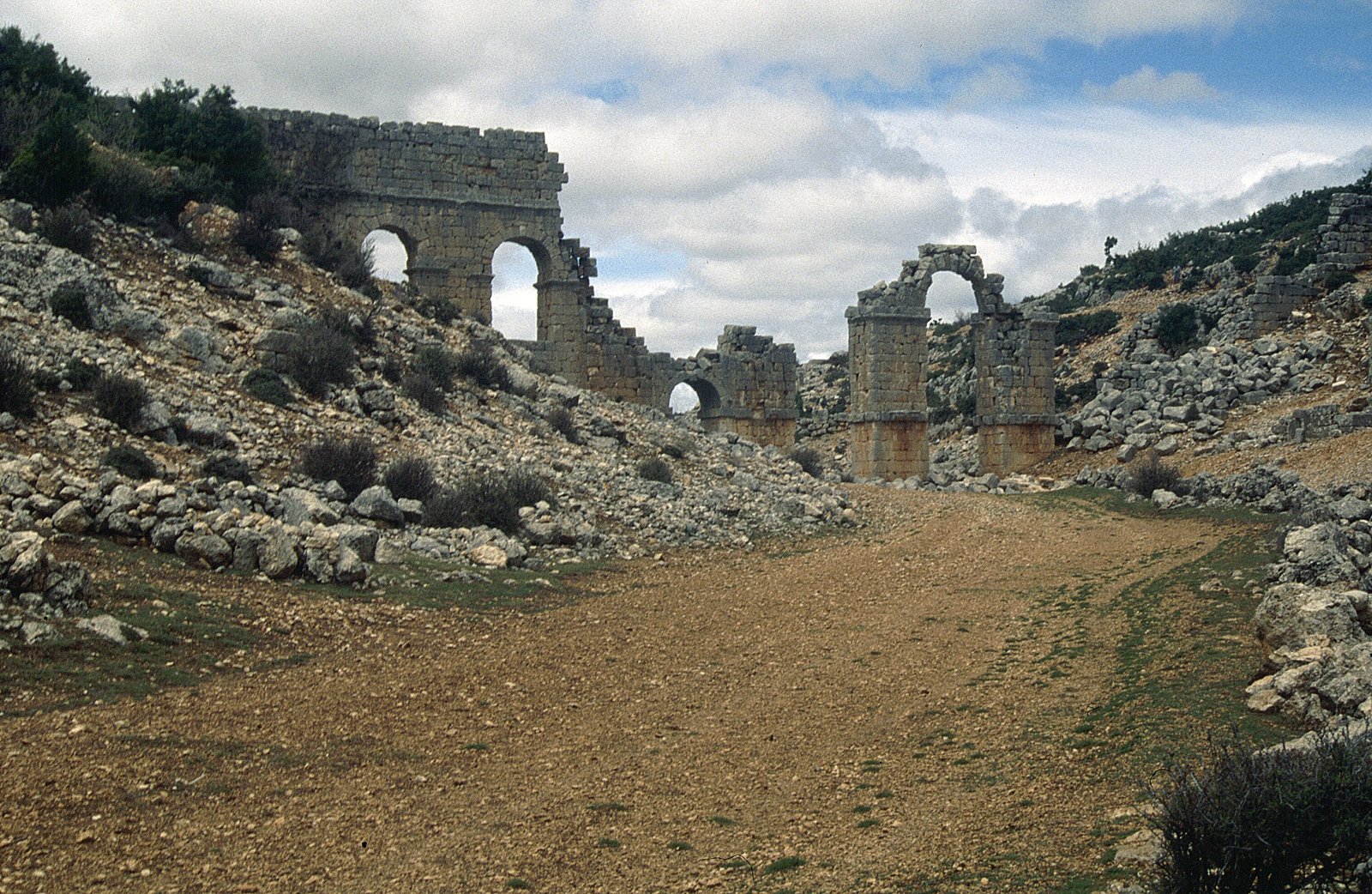 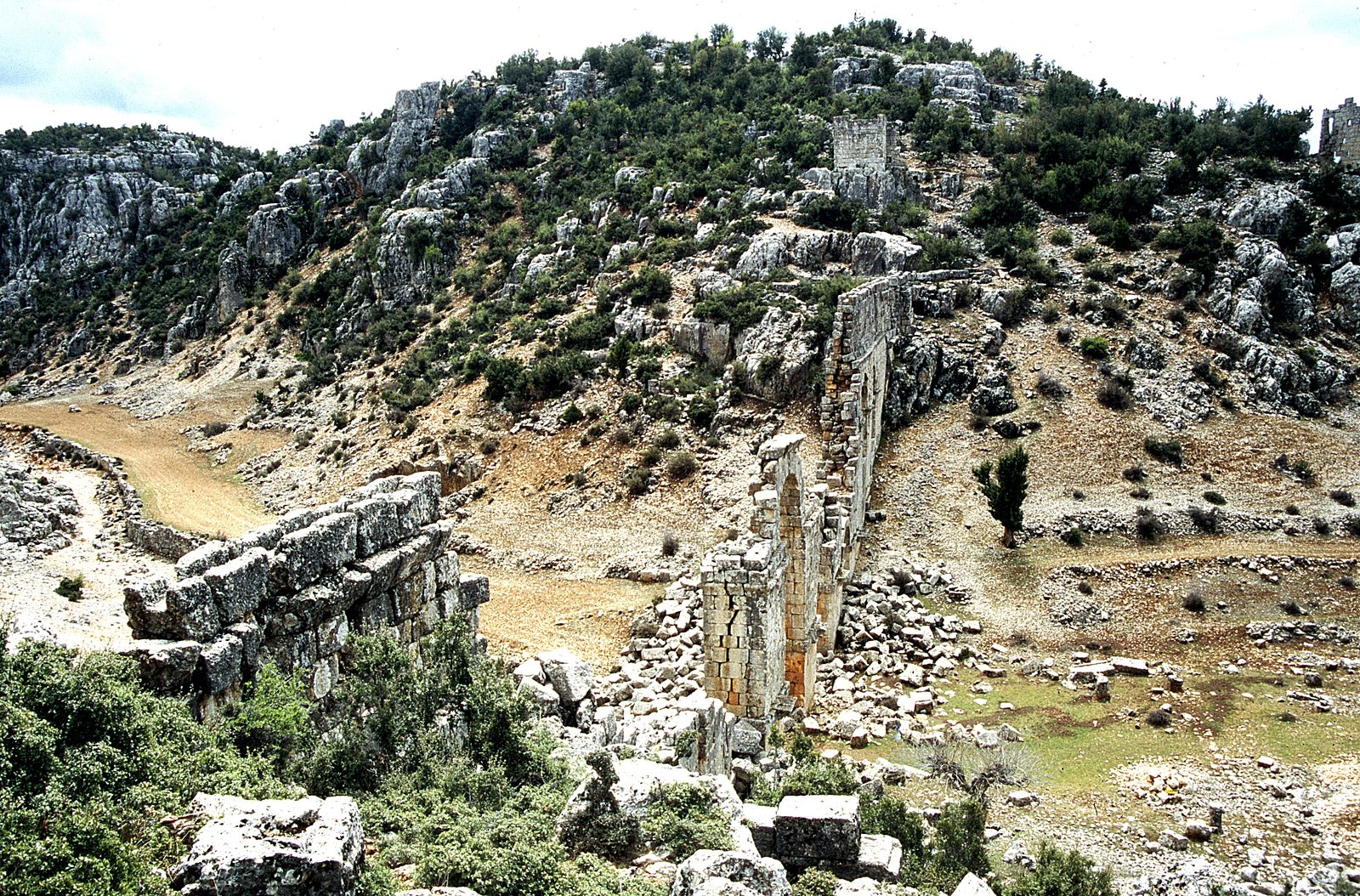 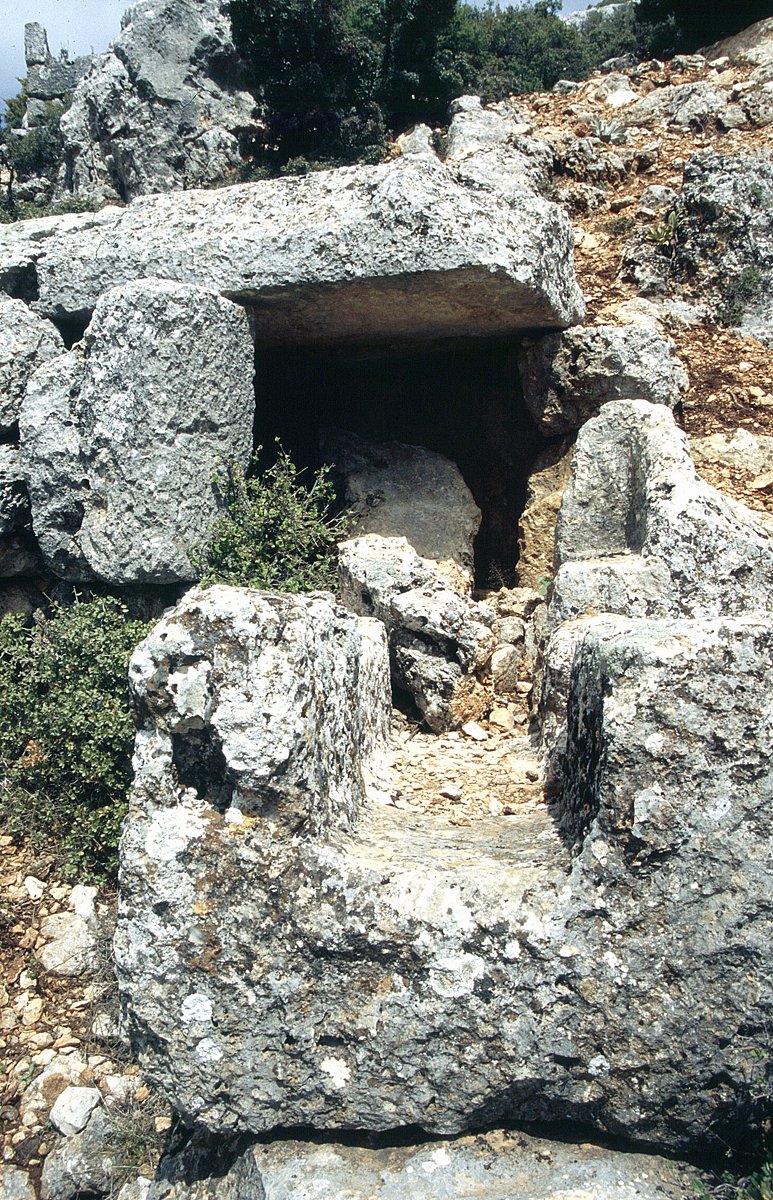 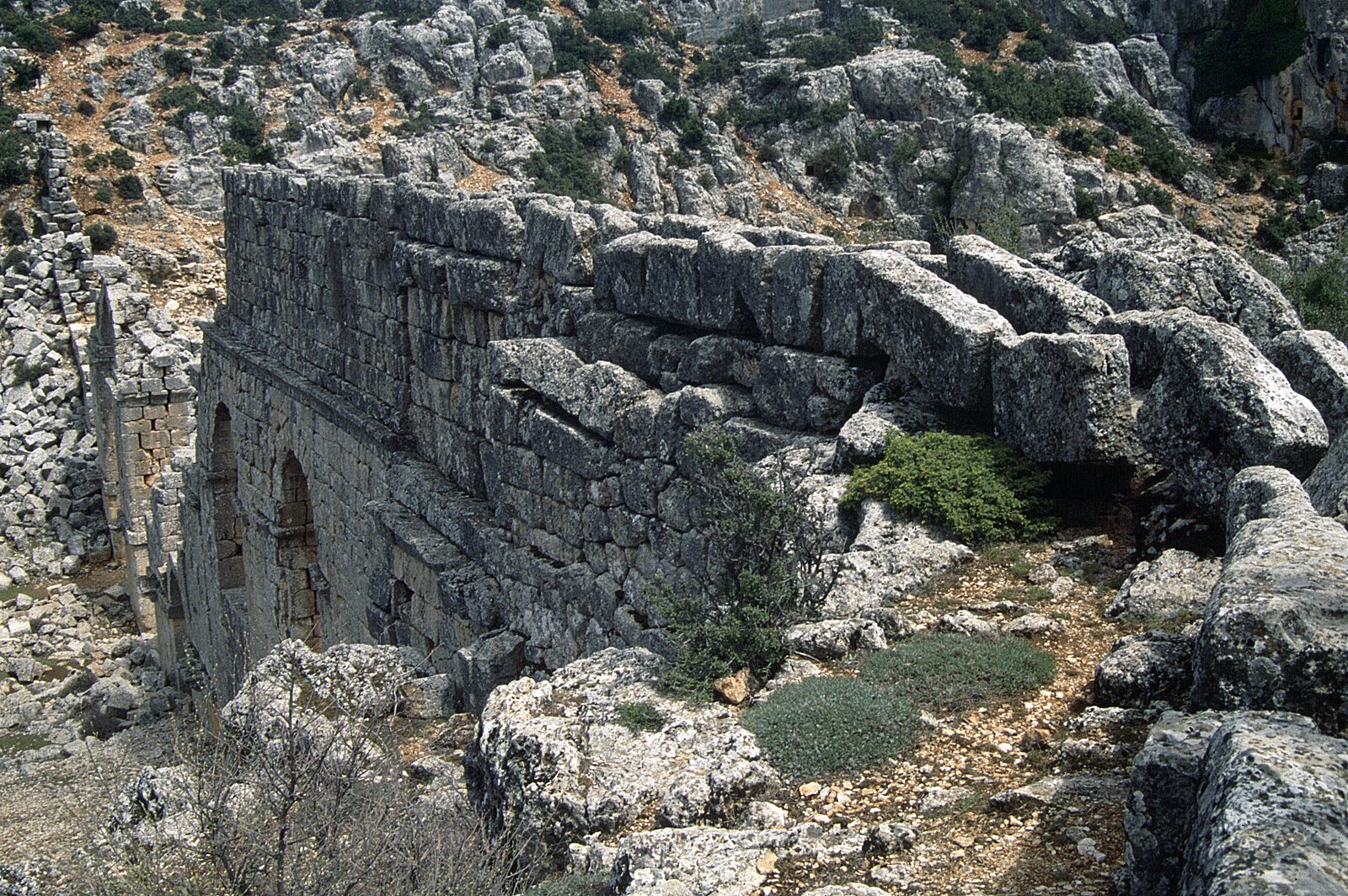 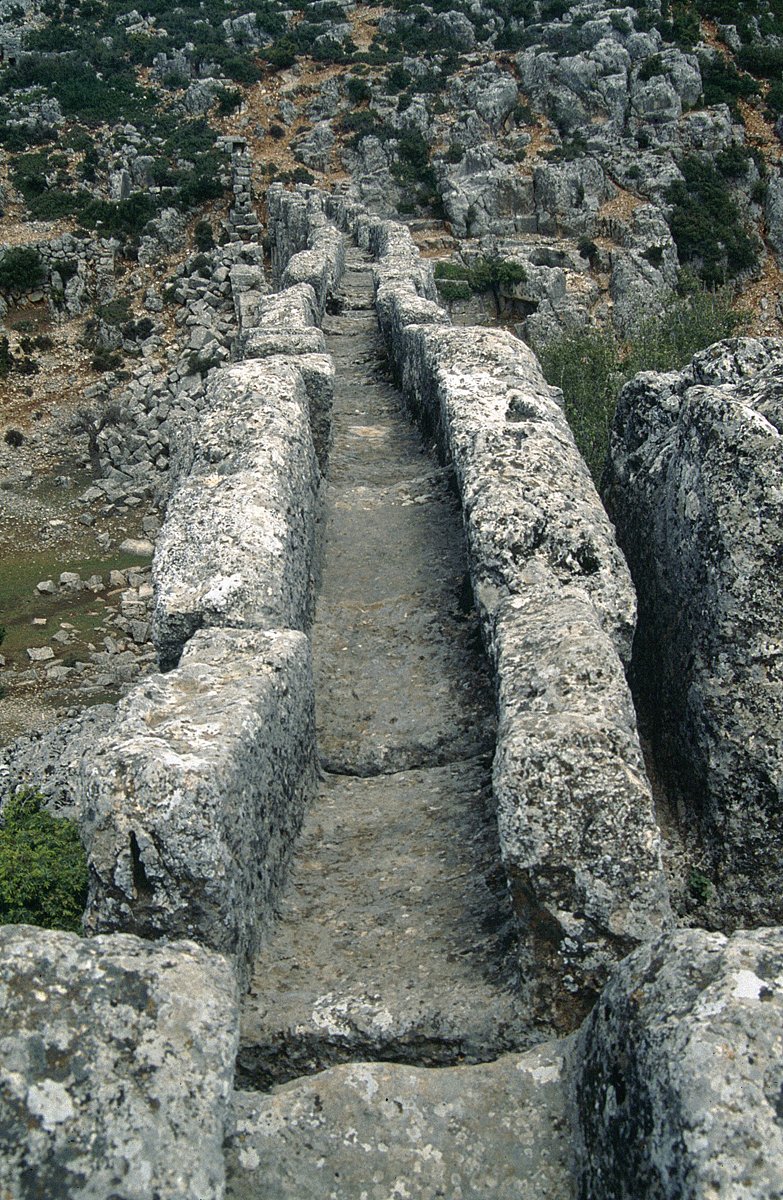 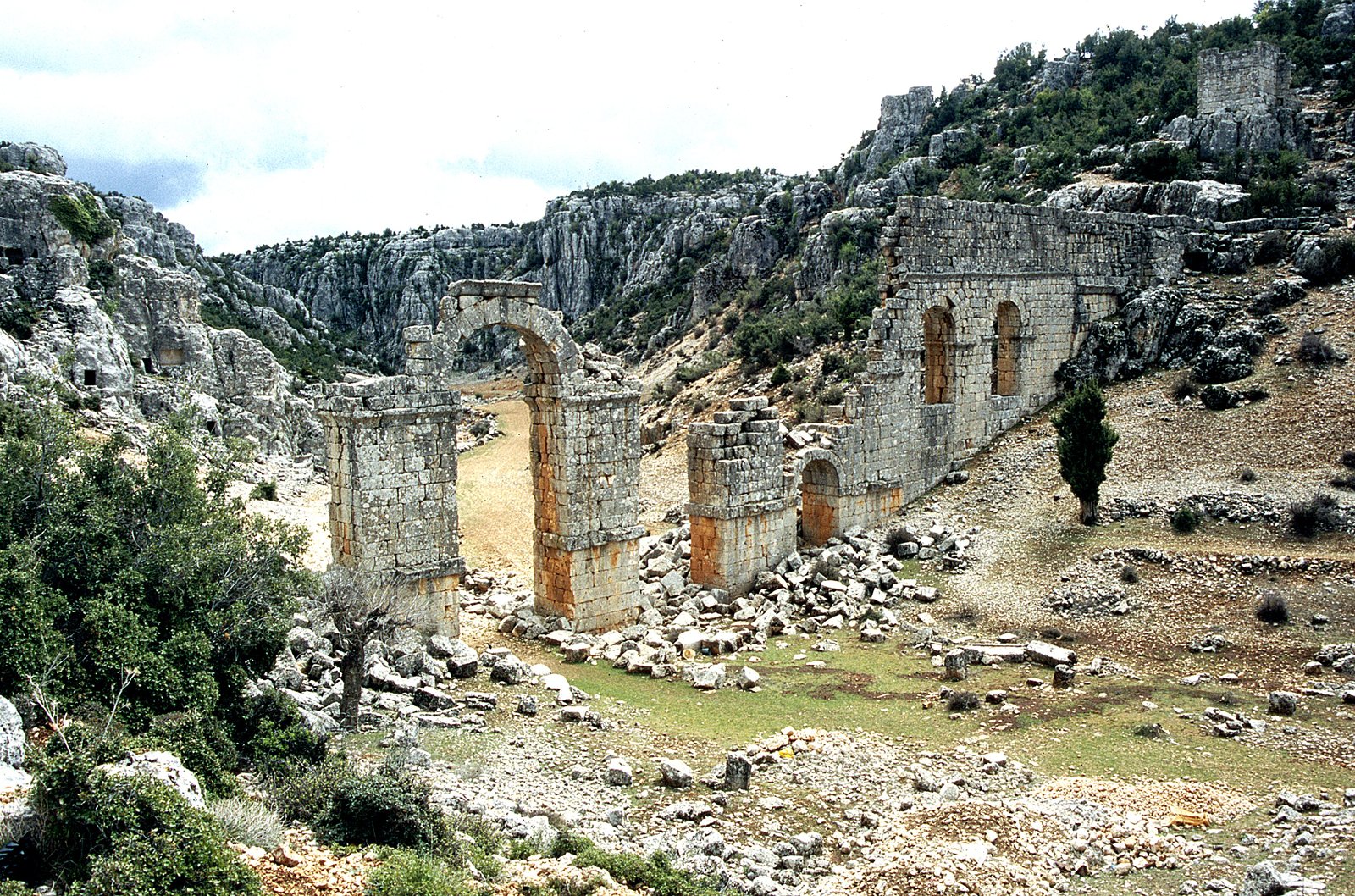 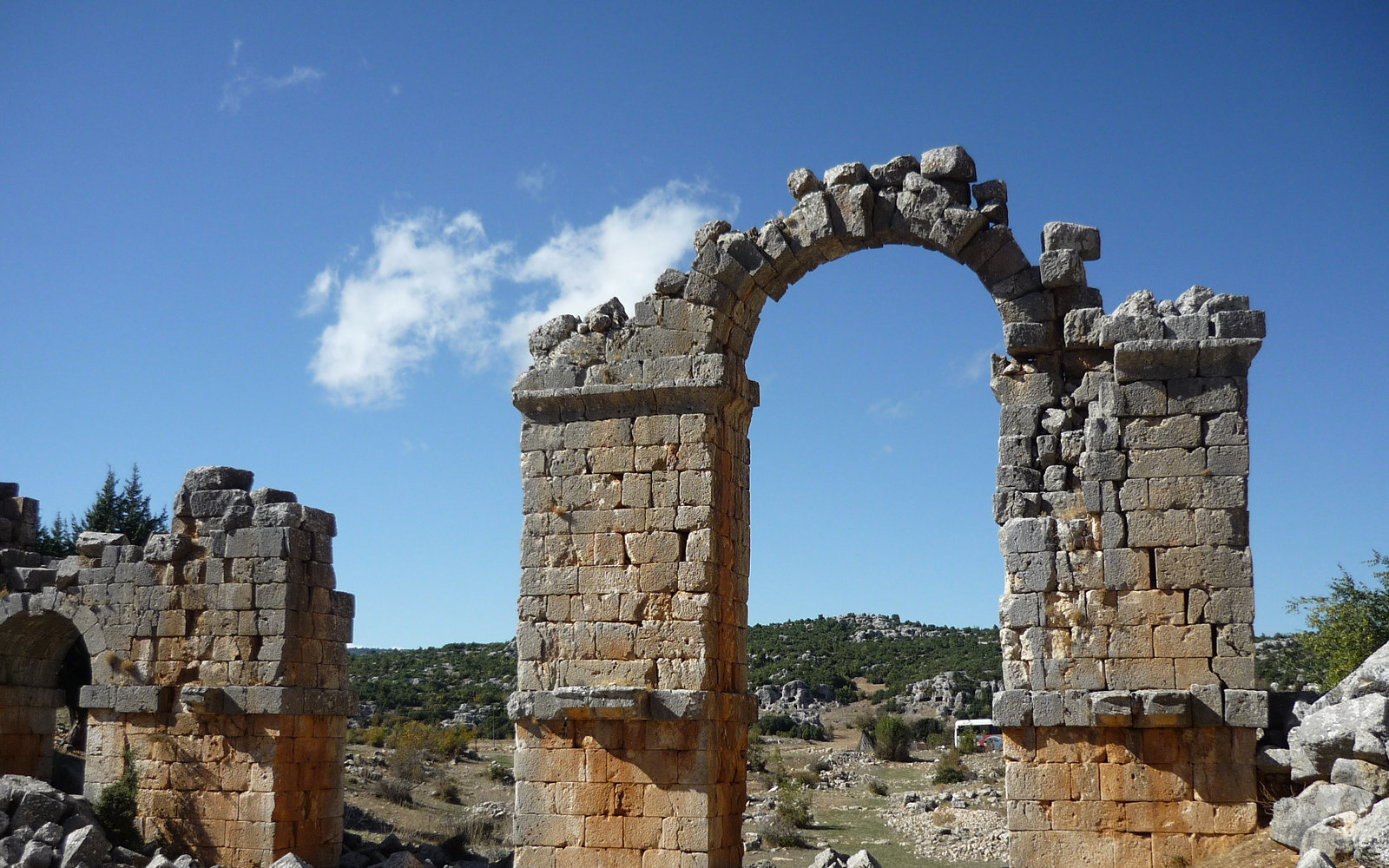 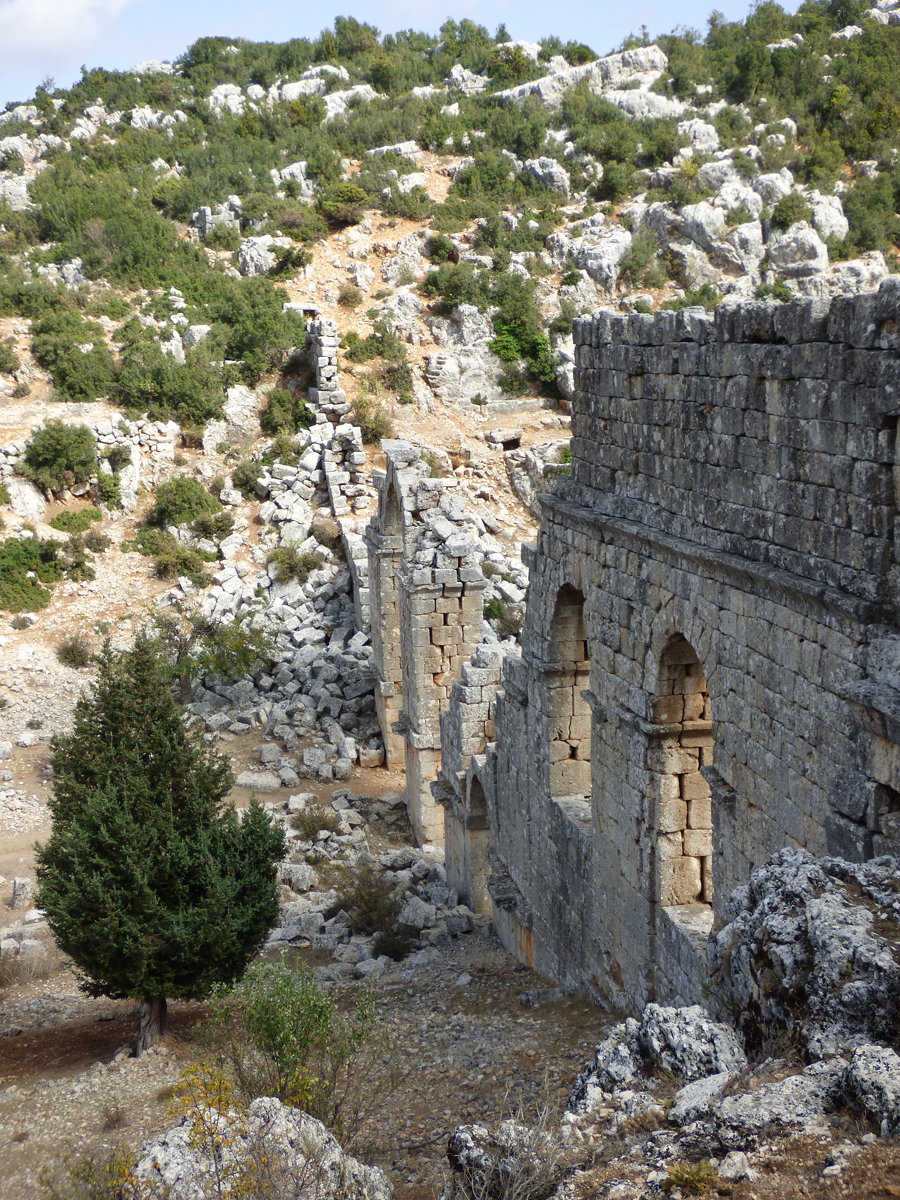 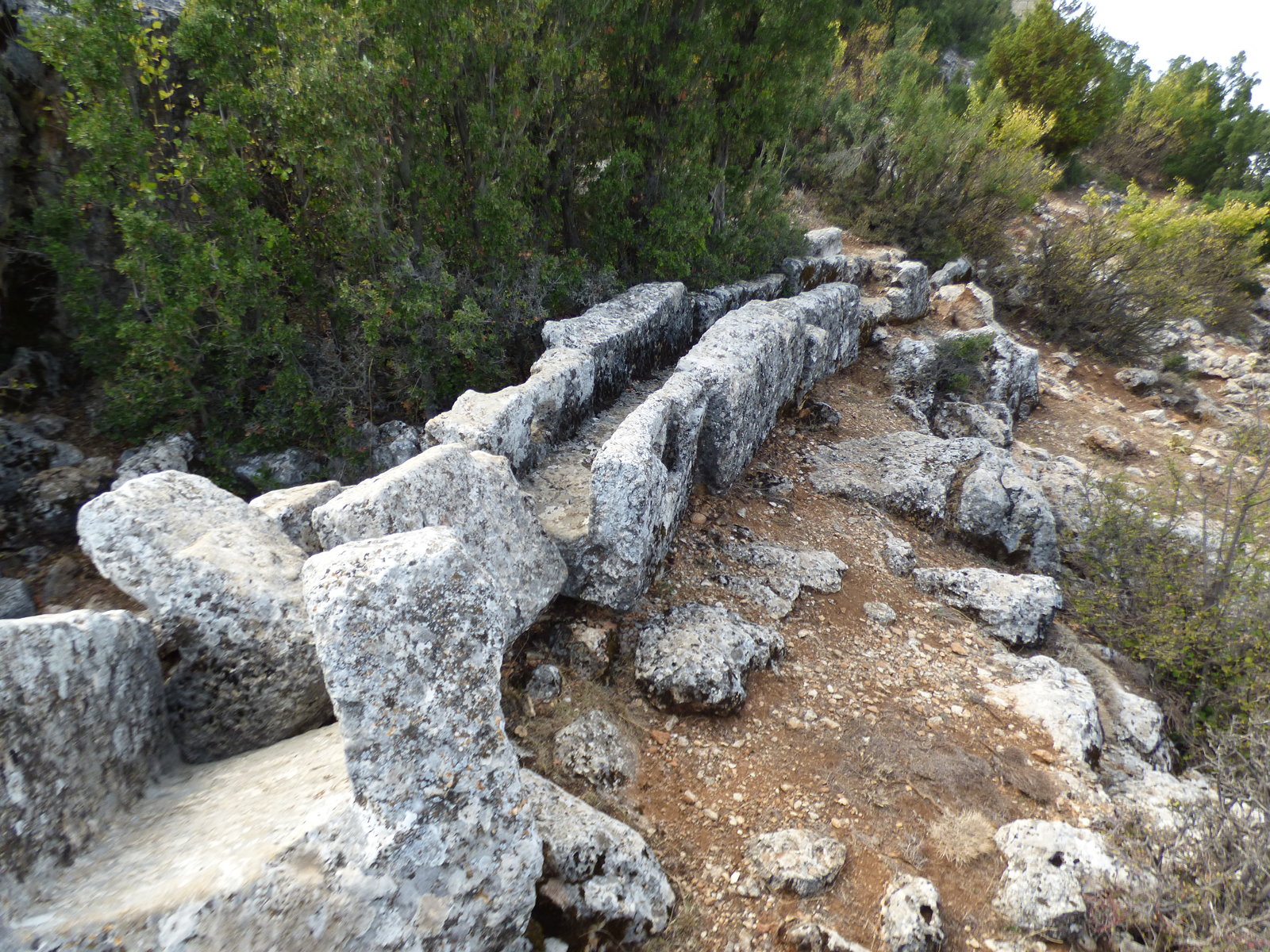 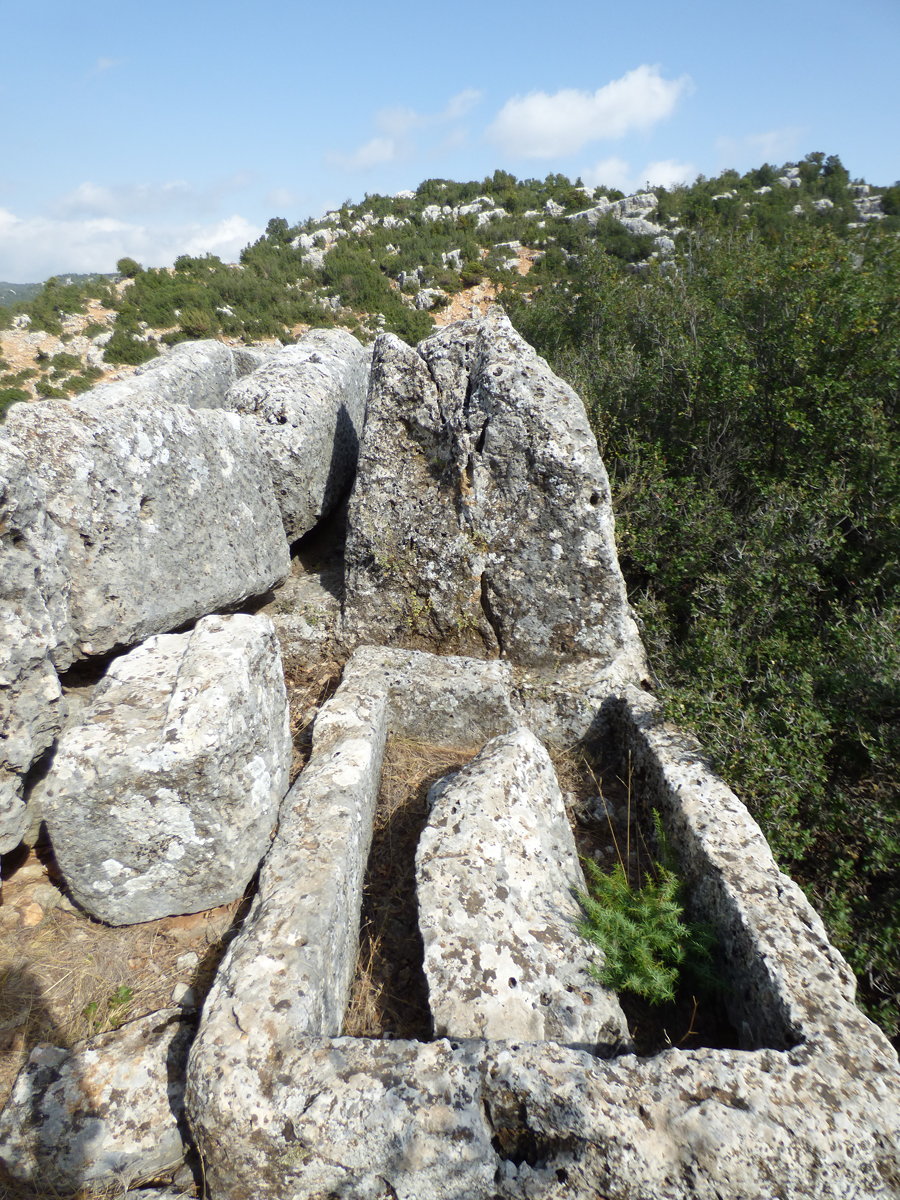 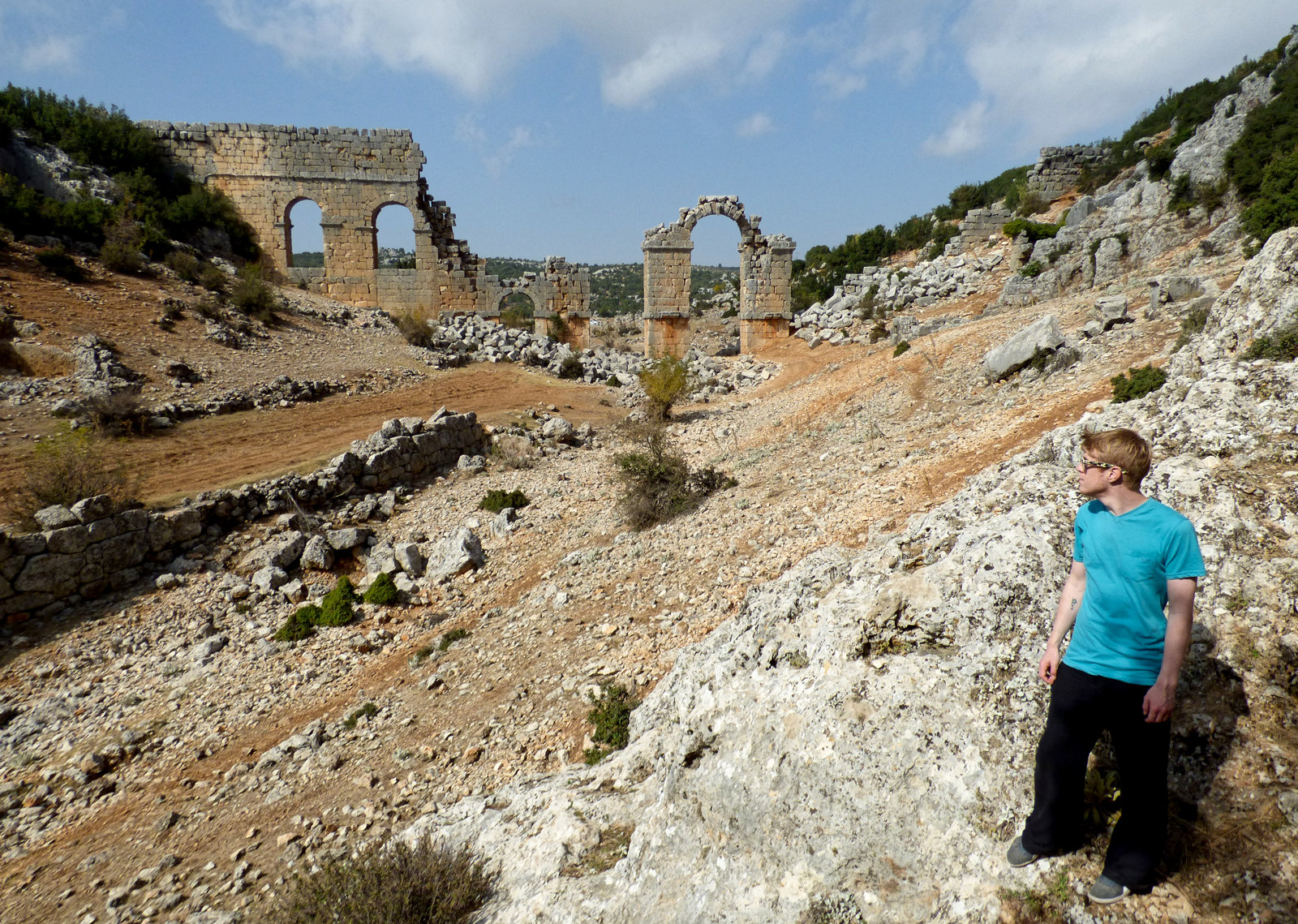 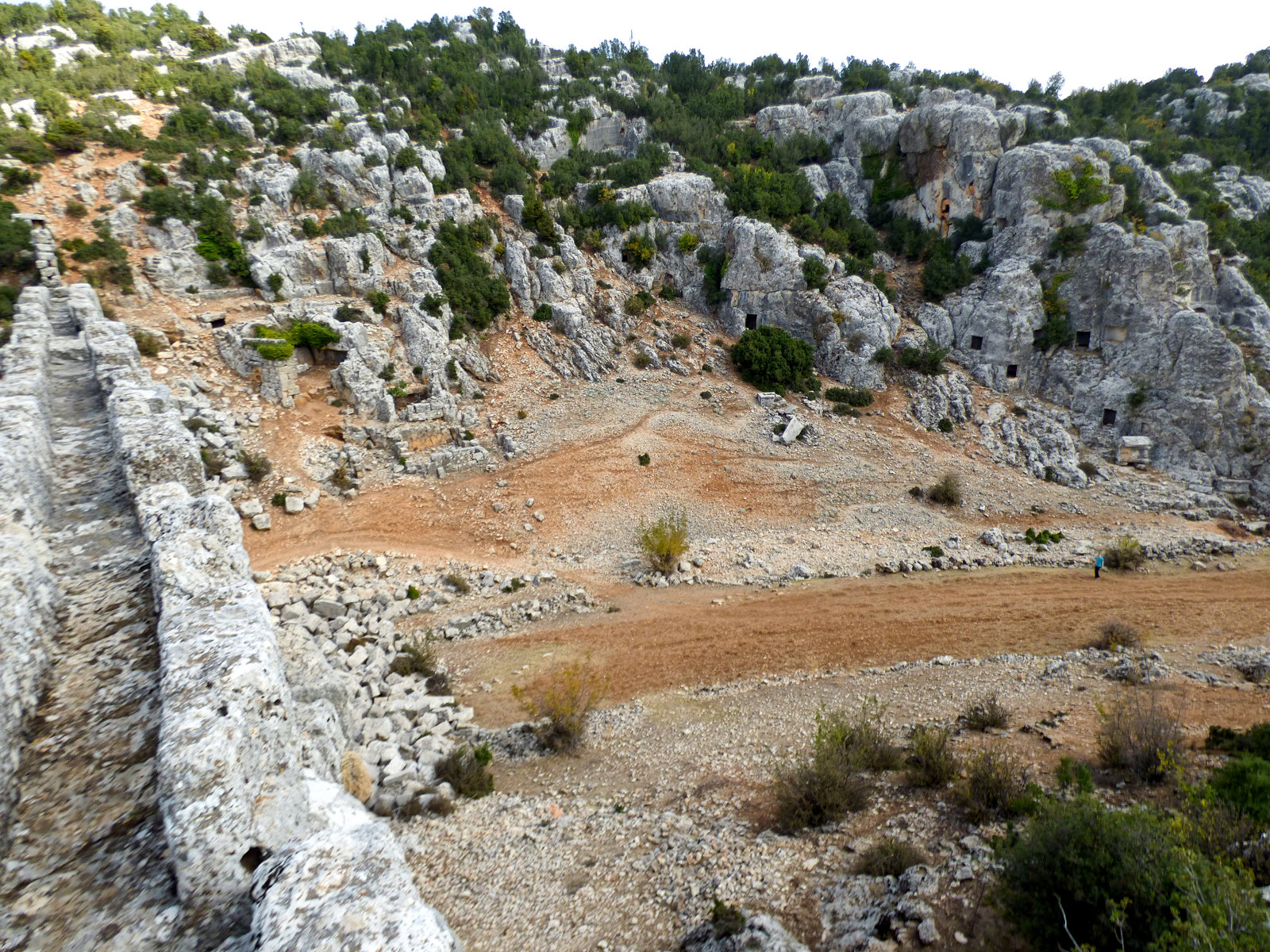 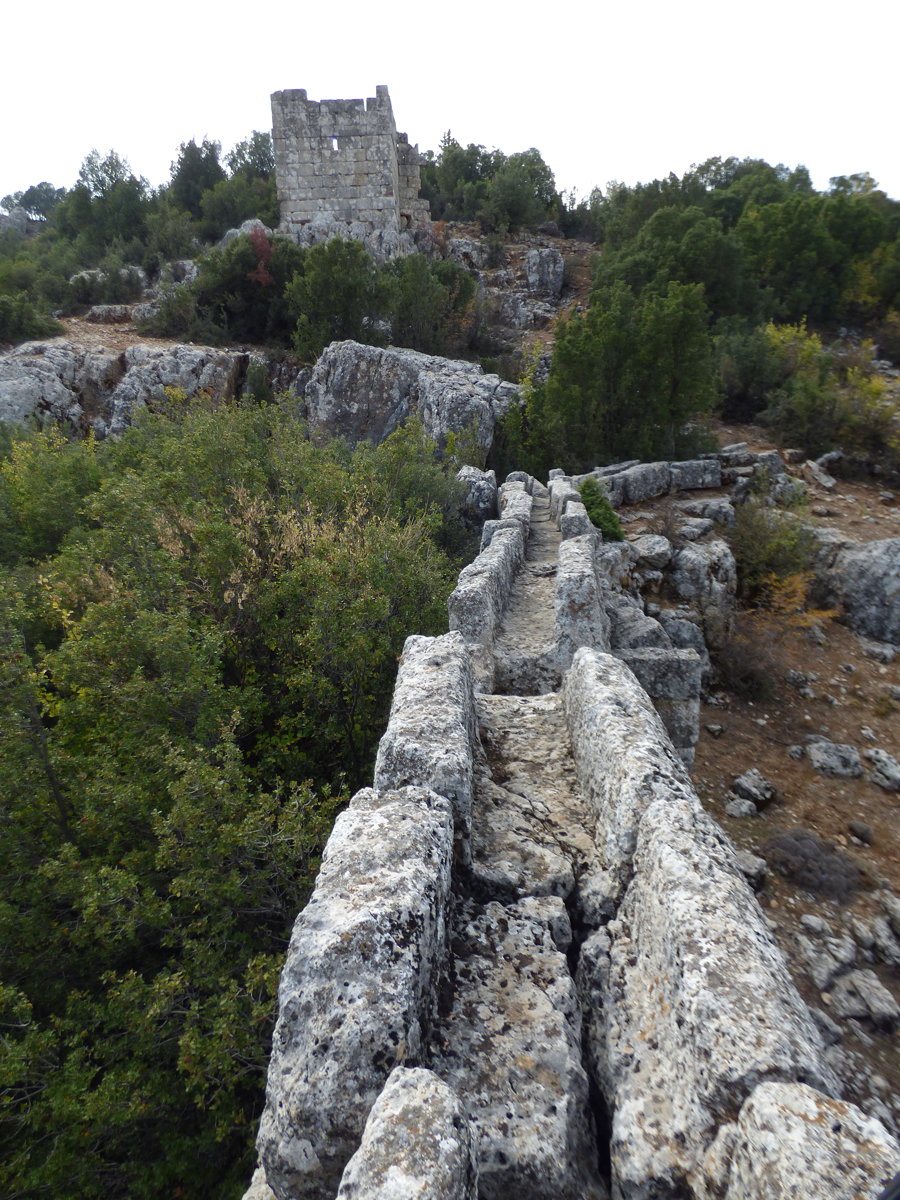