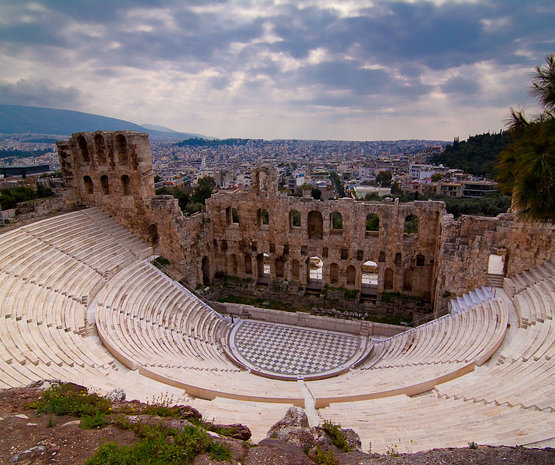 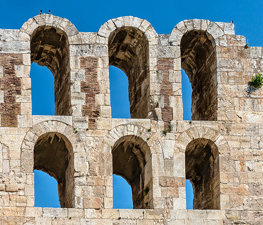 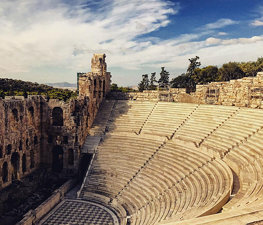 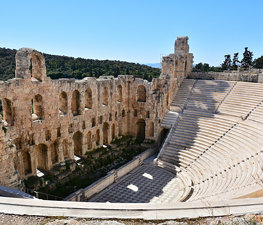 The Odeon of Herodes Atticus is a stone theatre structure located on the south slope of the Acropolis of Athens. It was built in 161 AD by Herodes Atticus in memory of his wife, Aspasia Annia Regilla. It was originally a steep-sloped amphitheater with a three-story stone front wall and a wooden roof, and was used as a venue for music concerts with a capacity of 5,000.

The audience stands and the 'orchestra' (stage) were restored using pentelic marble in the 1950s. Since then it has been one of the main venues of the Athens Festival, which runs from June through September each year, featuring a variety of acclaimed Greek as well as International performances; The Odeon has hosted Maria Callas, Maurice Bejart, the Bolshoi Ballets, Karolos Koun, Mikis Theodorakis, Manos Hatzidakis, George Dalaras (1988, 1994, 1995, 2000, 2001, 2003, 2005, 2007, 2008), Haris Alexiou (1994, 2006, 2007, 2009), Marinella (1999, 2008), Dionysis Savopoulos (2004) and many other important artists. It was the venue for the Miss Universe 1973 pageant and hosted Yanni's Live at the Acropolis performance in September 1993. Another memorable performance at the Odeon of Herod Atticus was given by the Greek singer Nana Mouskouri in 1984; after 20 years of absence she returned to her country. In 1957, Edith Hamilton was pronounced an honorary citizen of Athens at ninety years of age.

Visit Greece
Herod Atticus built this roofed Odeon (in 161 B.C.) for music concerts in honor of his wife Regilla, after her death. Its magic and beauty, can only be understood when walking on the way to Acropolis.

Themistocles
a stone theatre structure located on the south slope of the Acropolis of Athens. It was built in 161 AD by the Athenian magnate Herodes Atticus in memory of his wife, Aspasia Annia Regilla.

Vangelis Koukidis
A bit hard on your bottom and your back, can be very hot sometimes, but it is worth every minute of your time and every cent of your money to be here for a concert, ballet, play or whatever.

George Erotidis
Ancient theater built on the slope of the Acropolis that is nowadays the main venue of the Athens Greek festival. Try to attend a live concert or an ancient tragedy, unforgettable experience.

George Pelekanakis
Imagine the excitement when not only you visit a monument of thousands years old but you participate in an event that is similar to the use of this monument thousands of years ago..feeling privileged!
Load more comments
foursquare.com
9.2/10
憑き狐娘 and 76,005 more people have been here
I've been here
Add to wishlist

The Philopappos Monument (Greek: Μνημείο Φιλοπάππου) is an ancient Gr 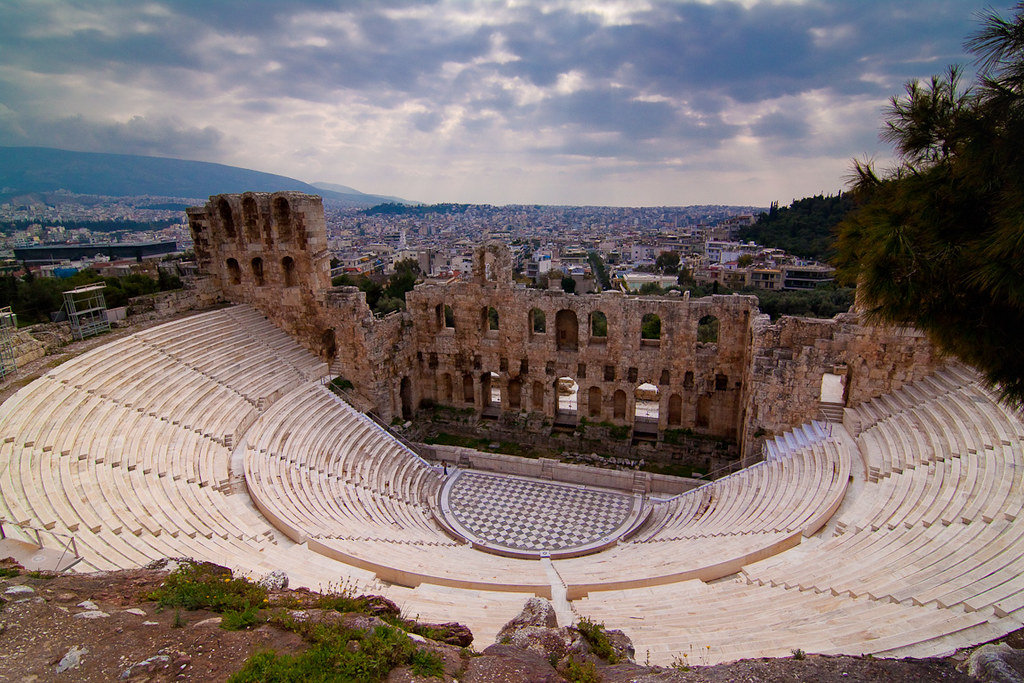 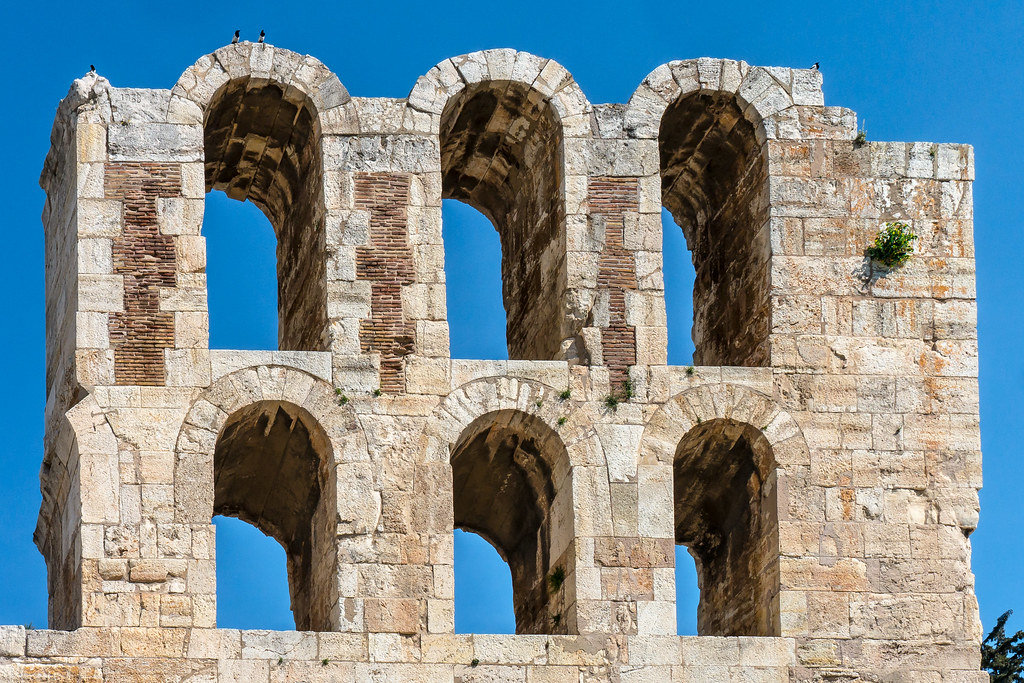 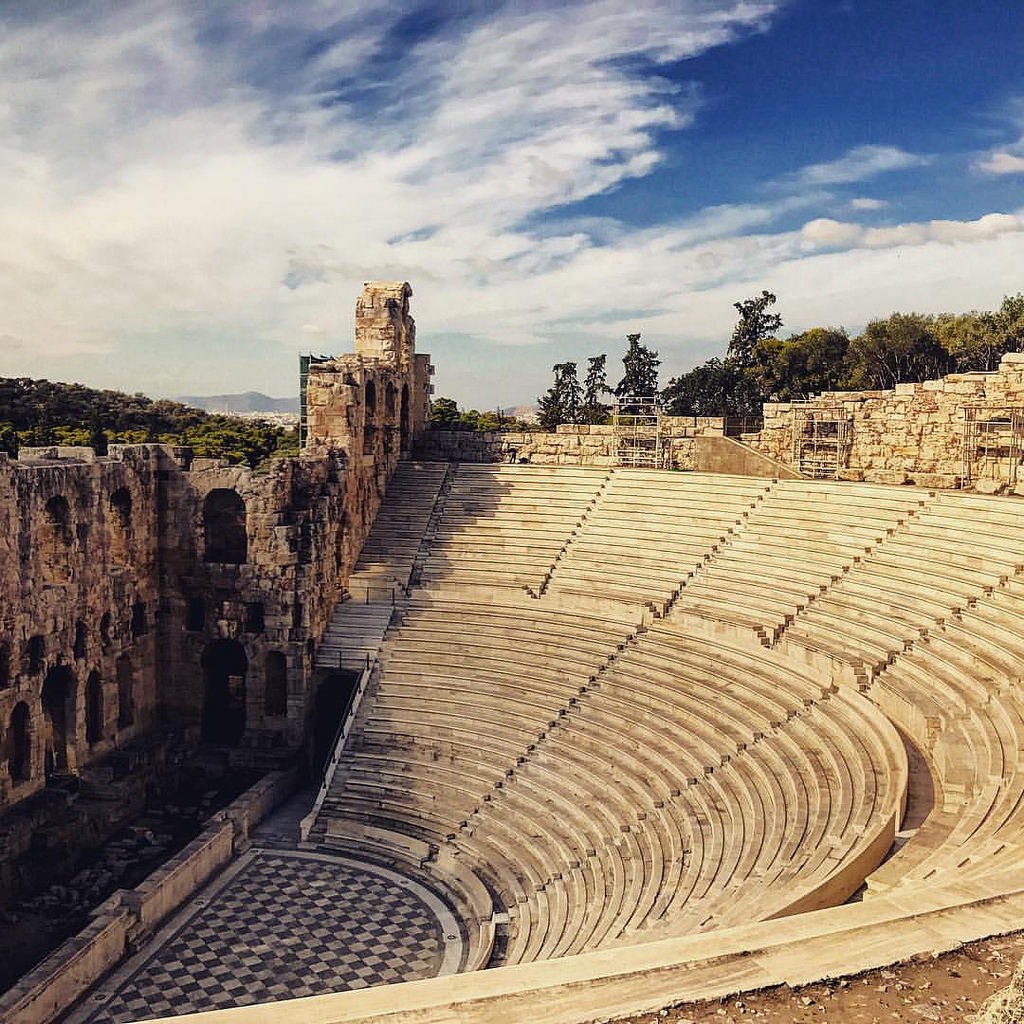 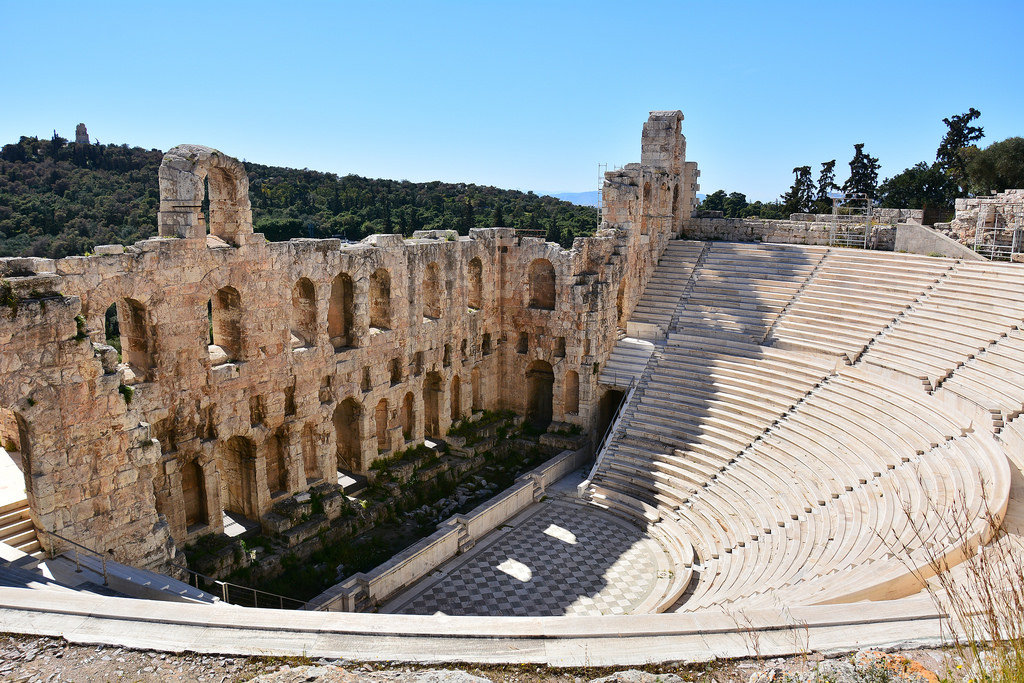 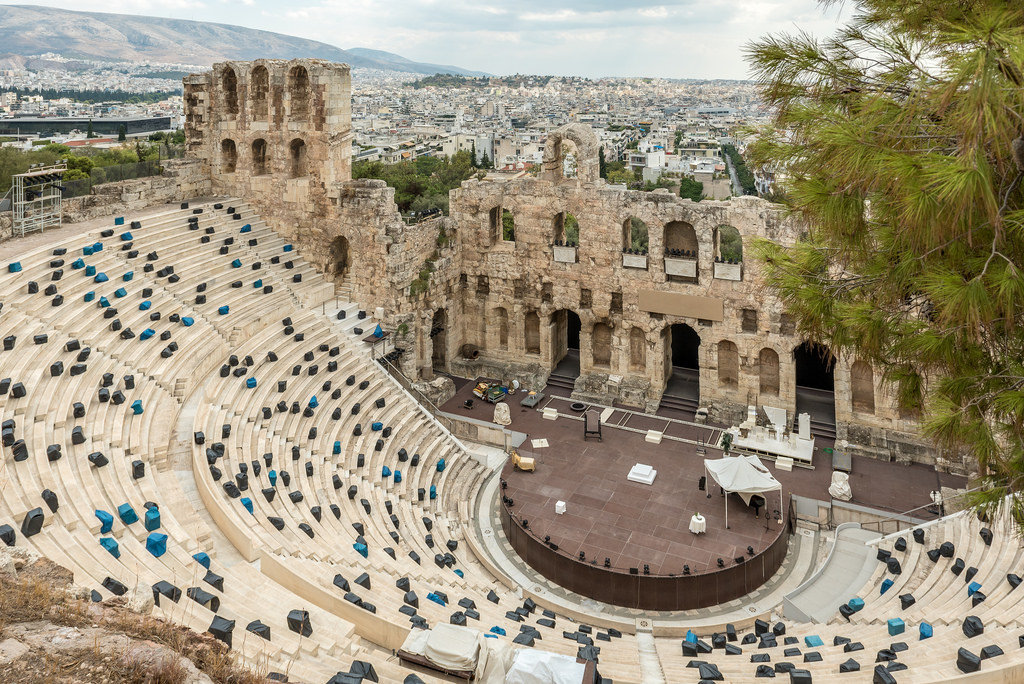 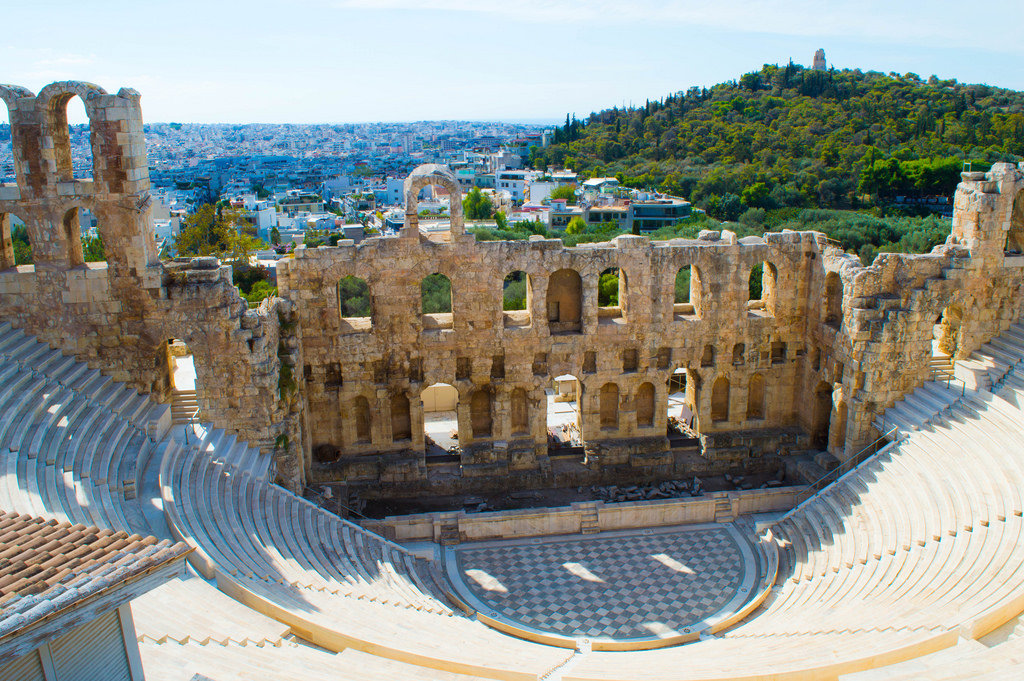 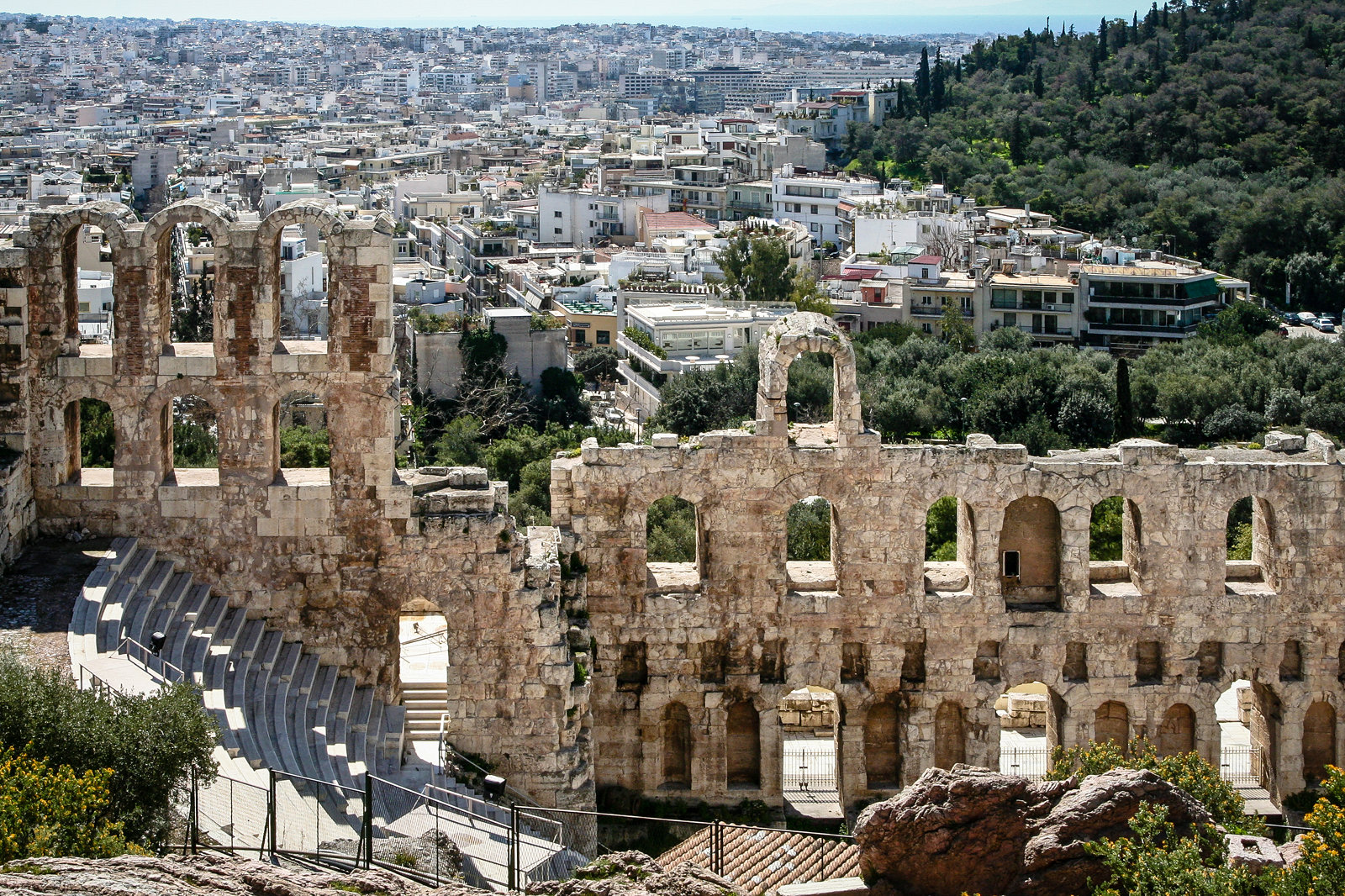 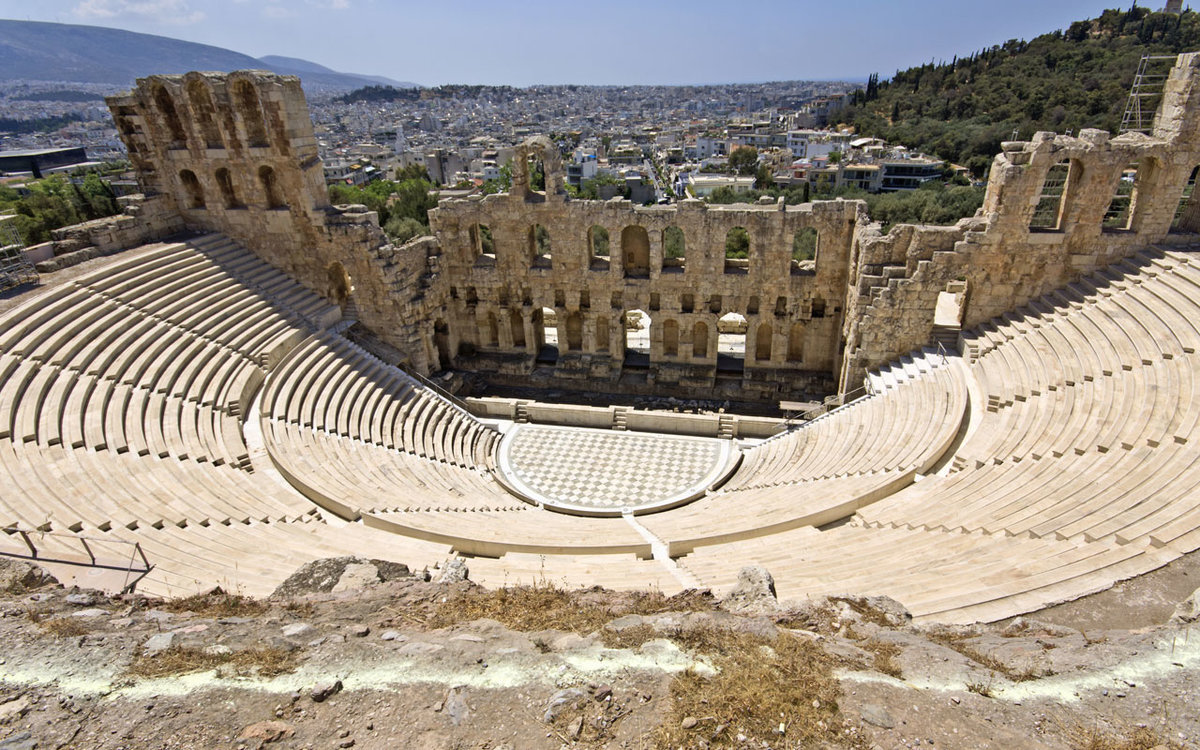 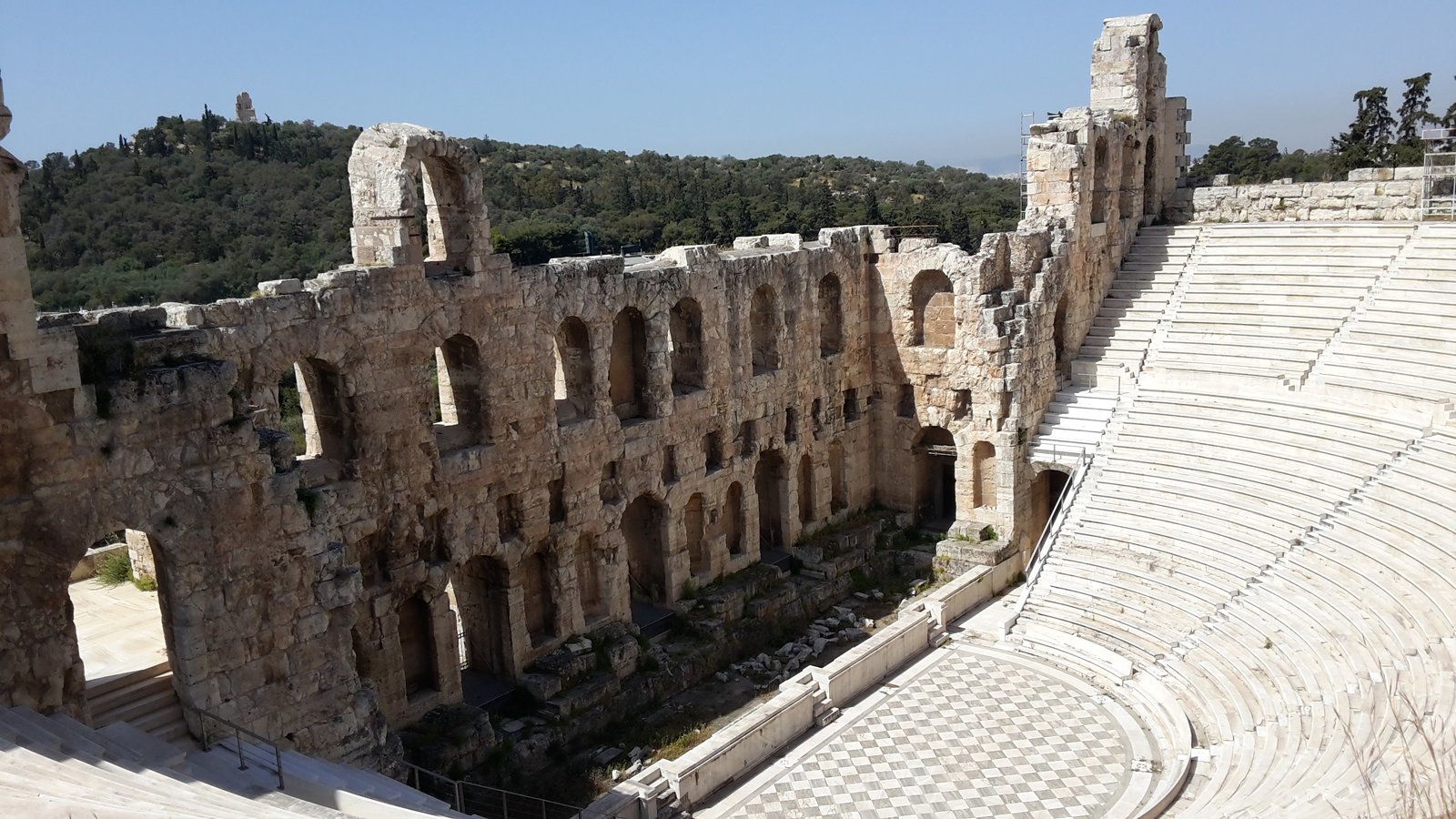 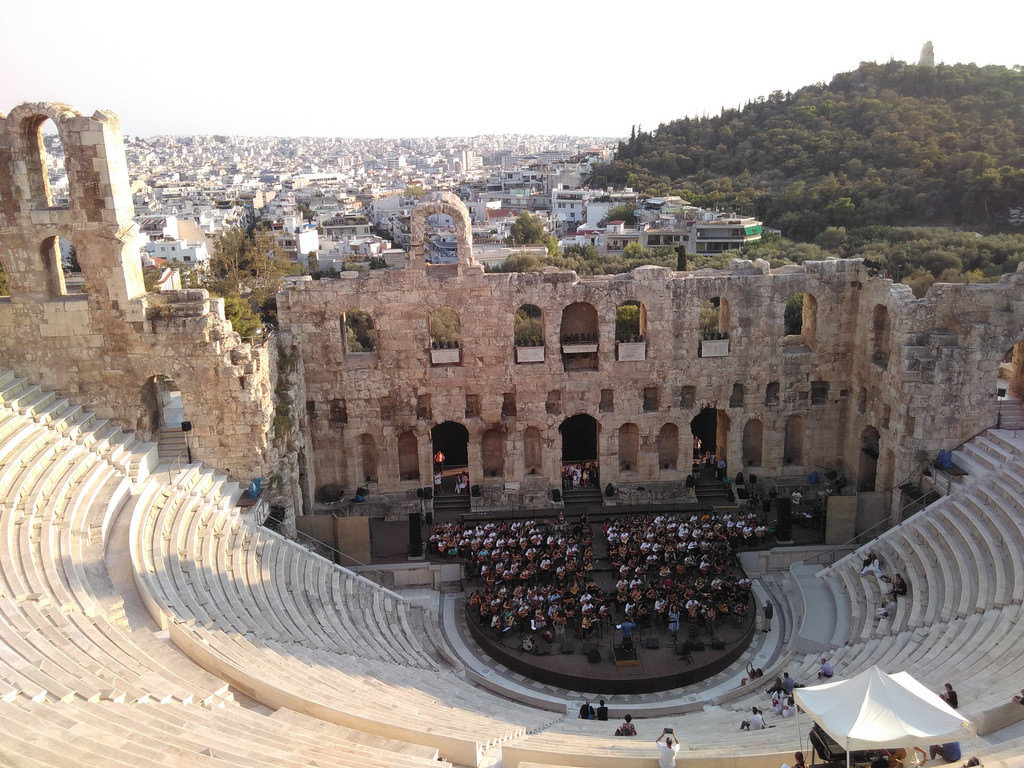 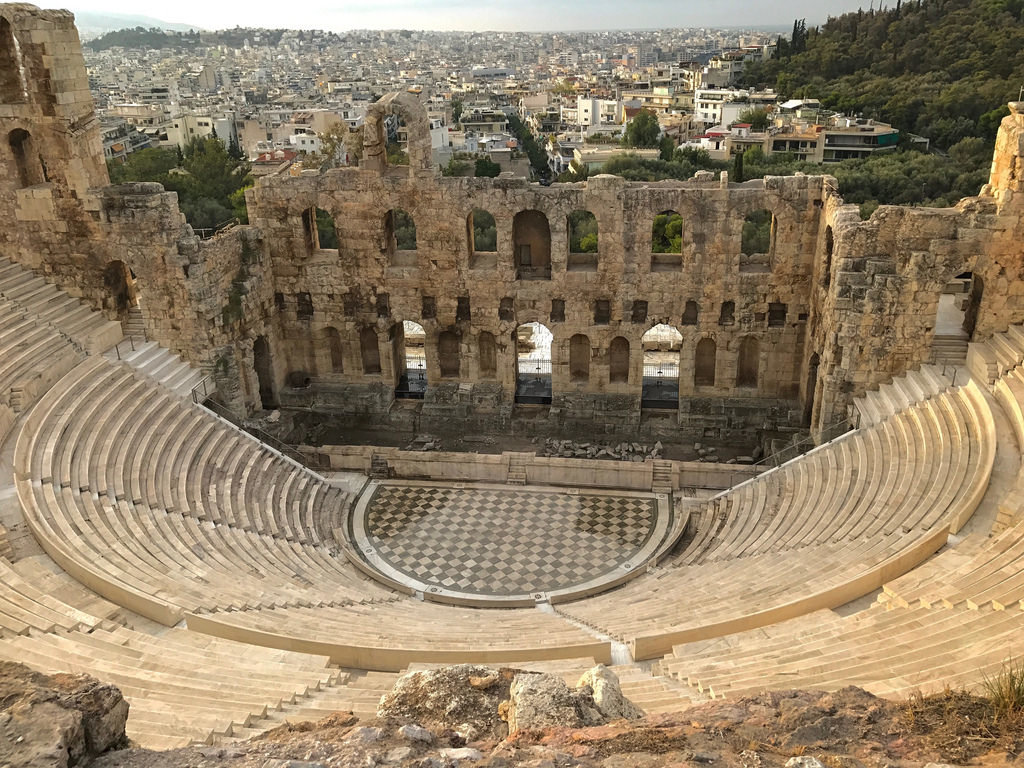 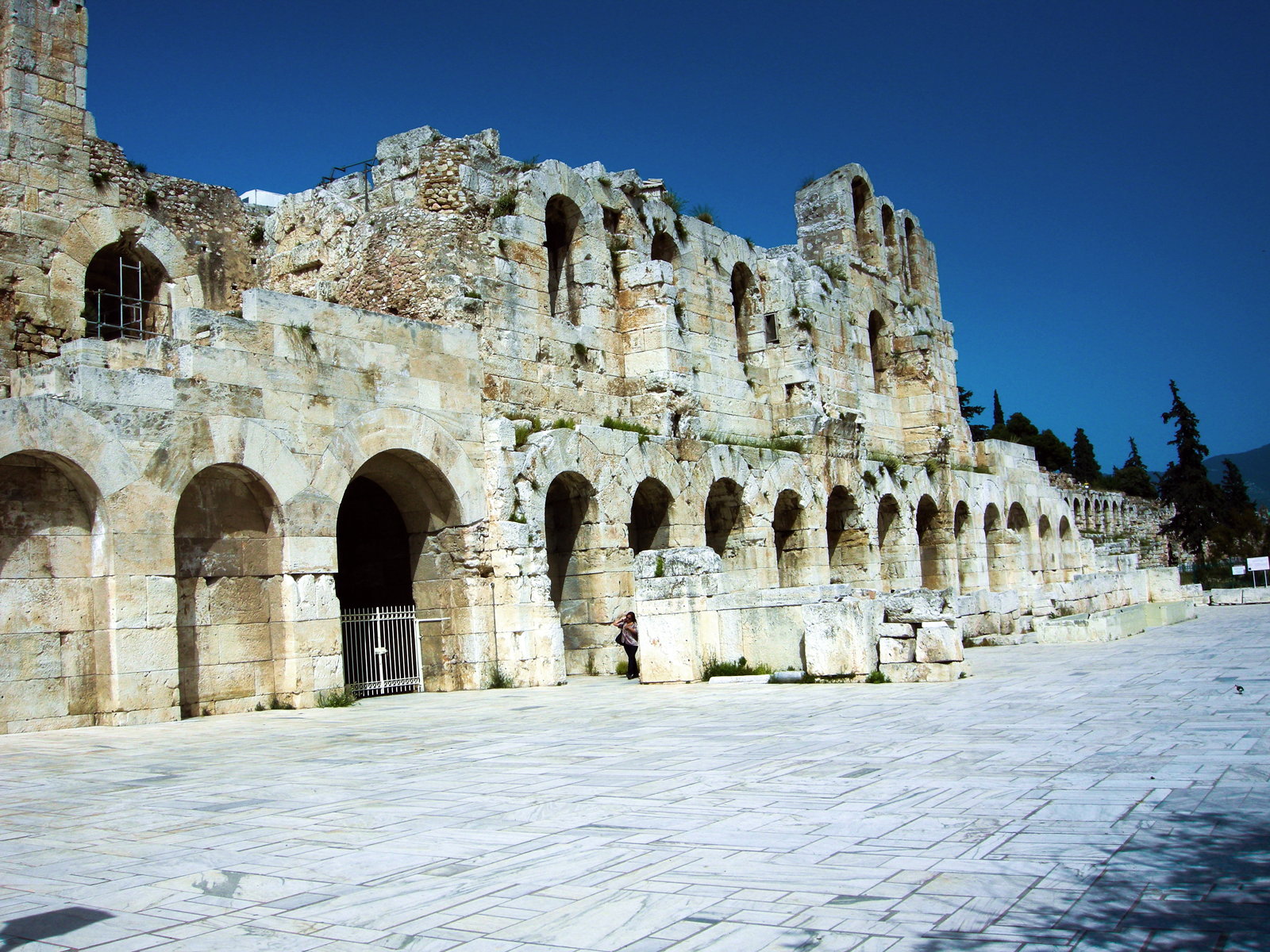 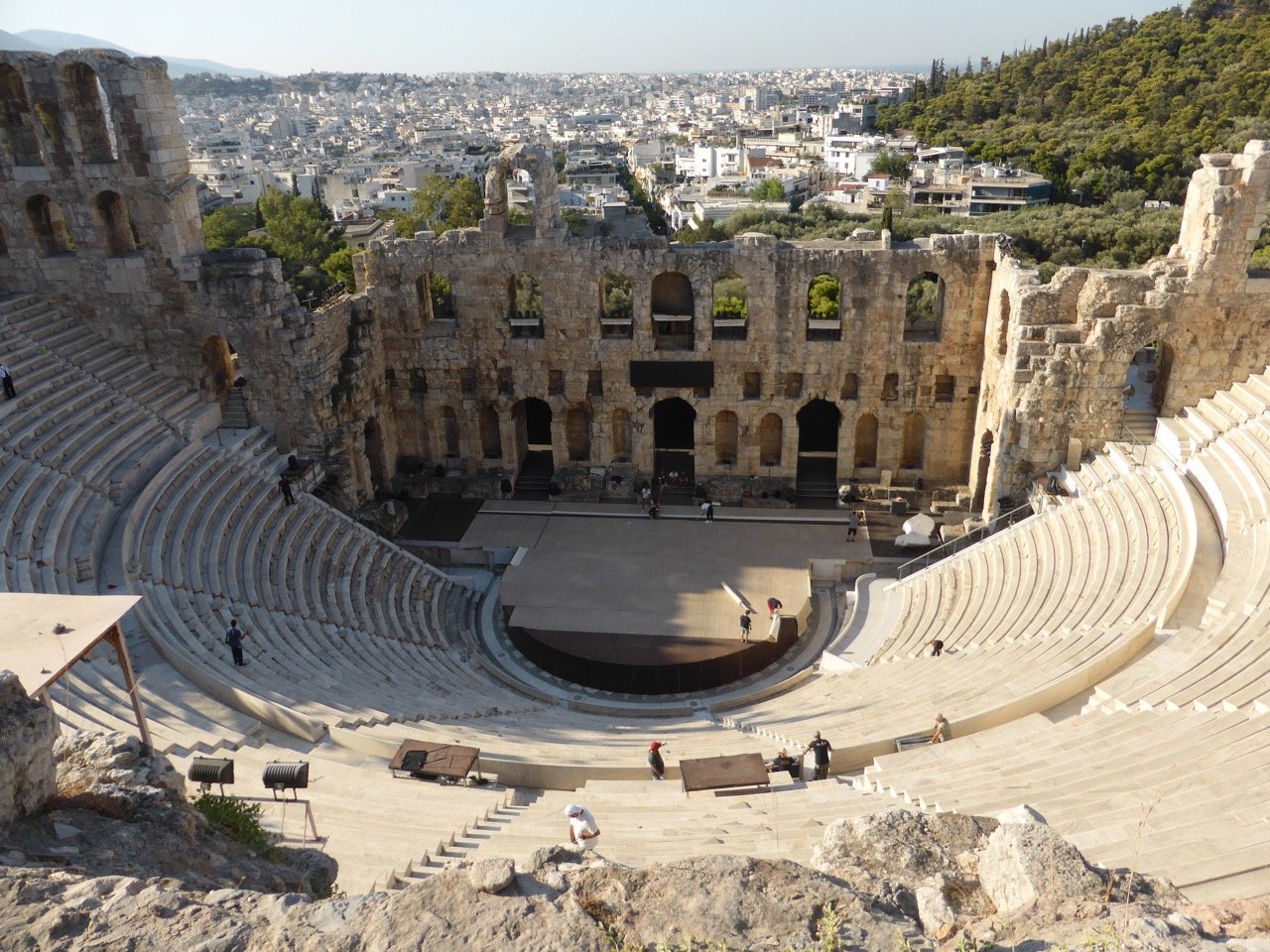 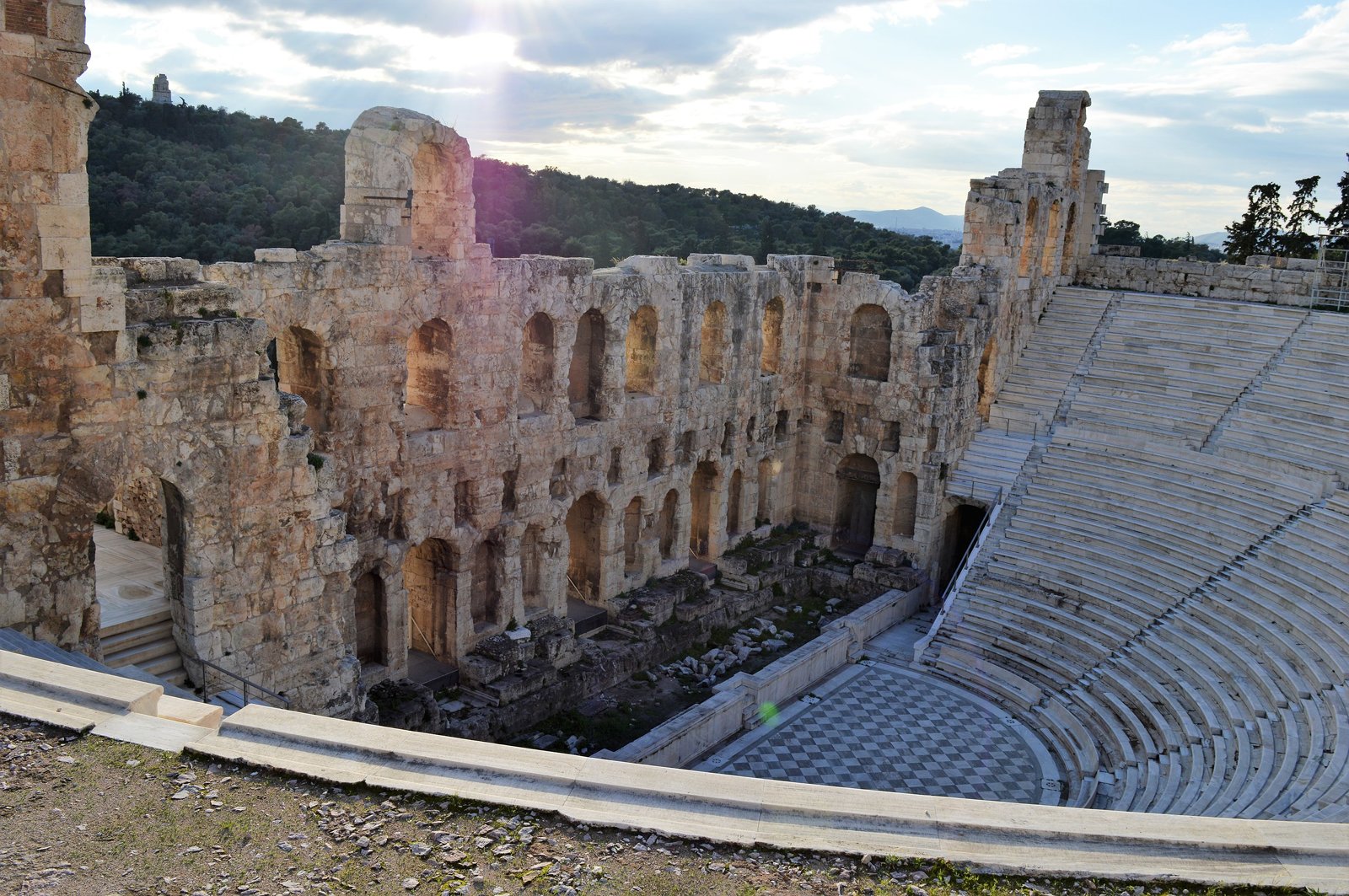 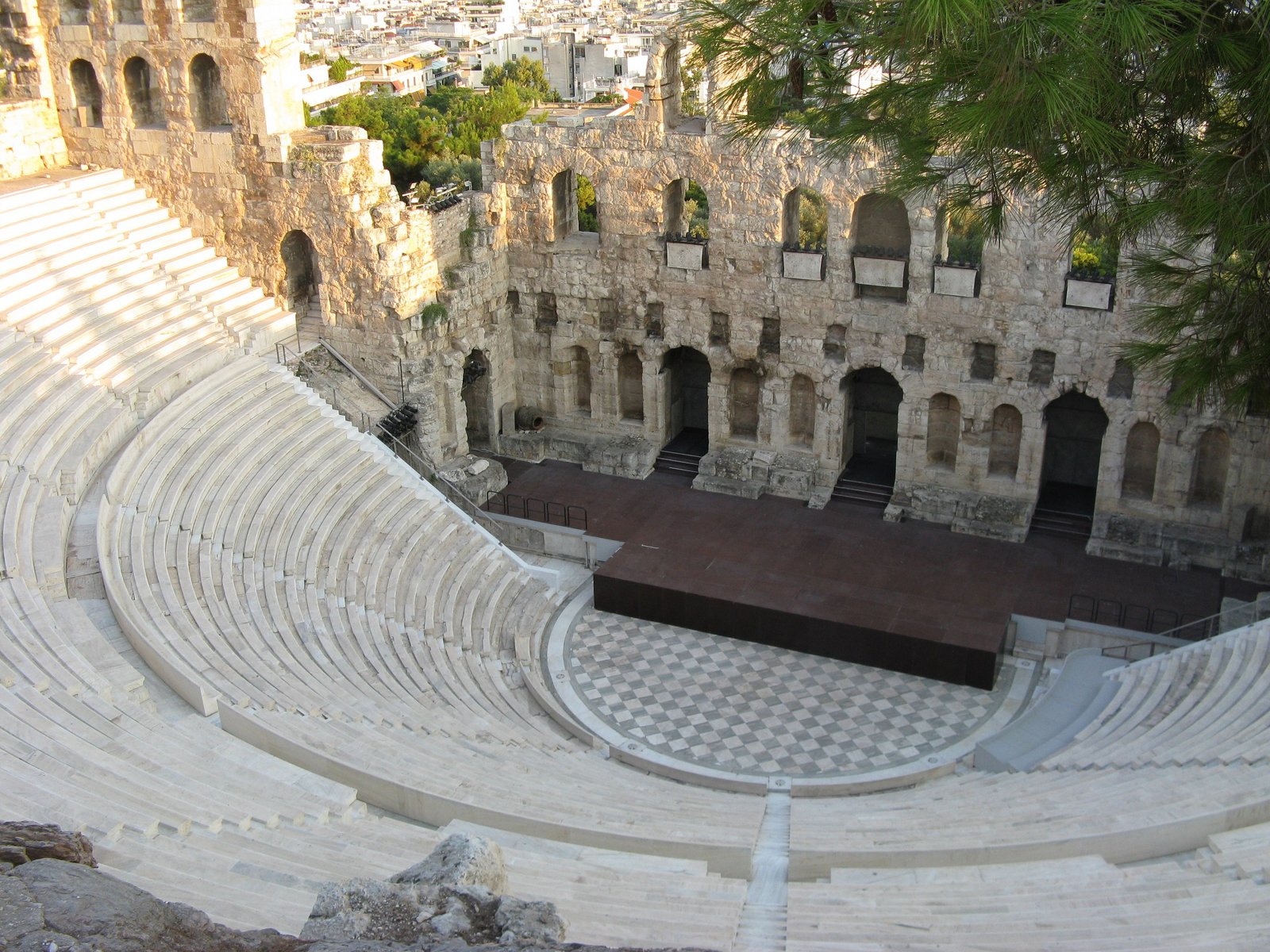 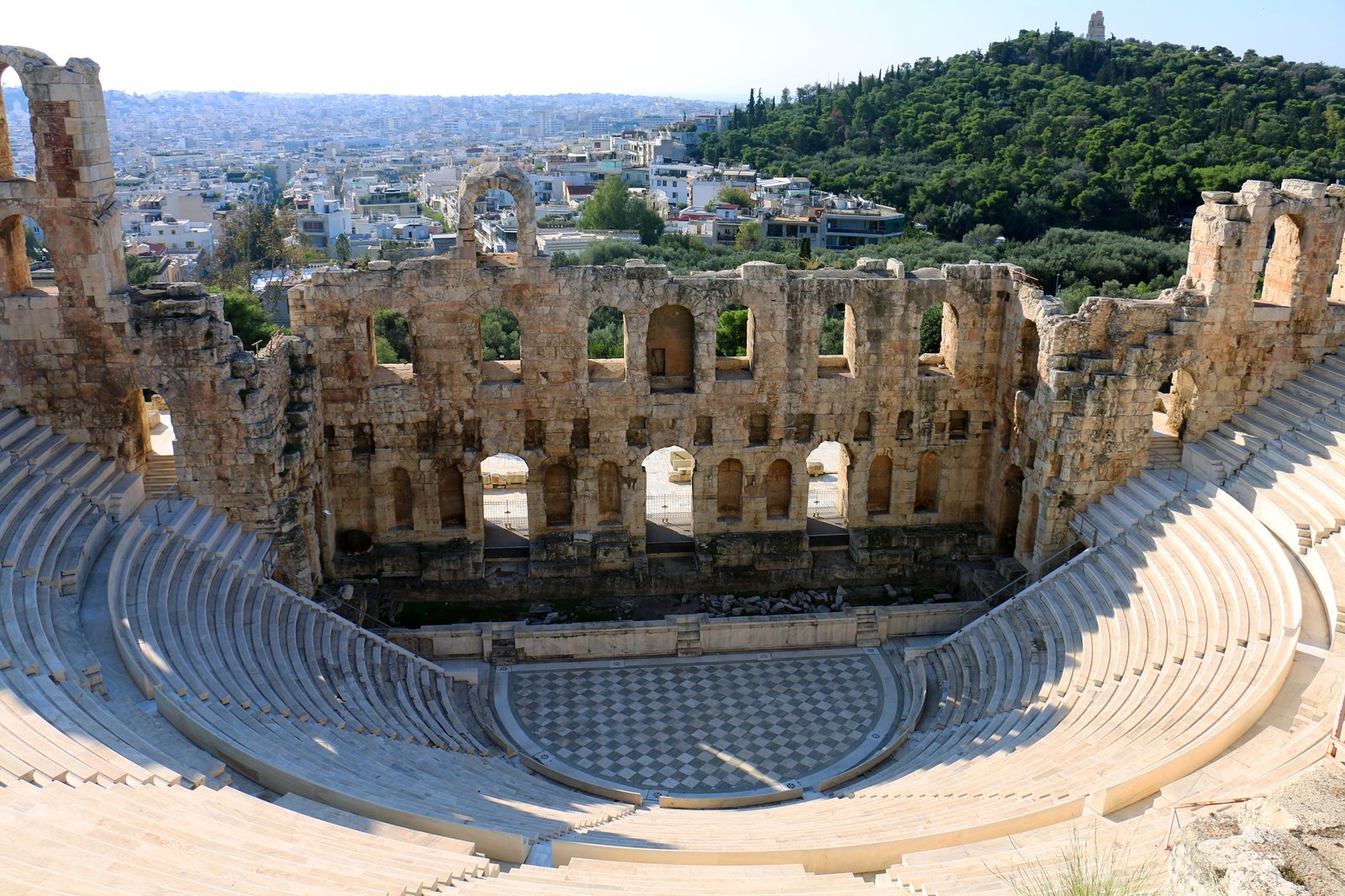