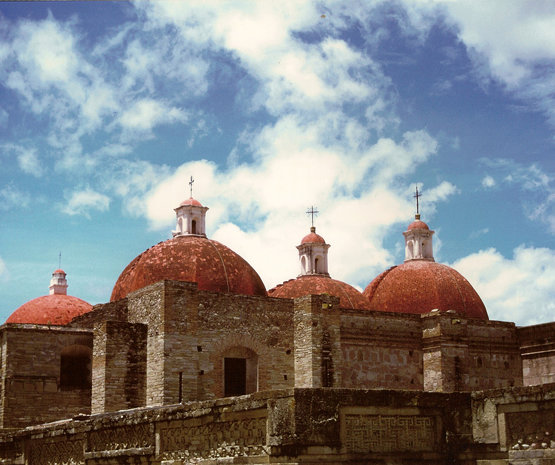 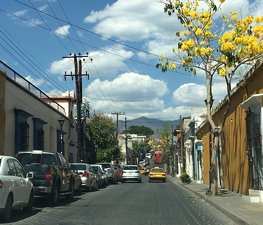 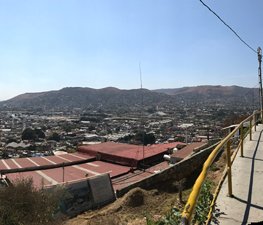 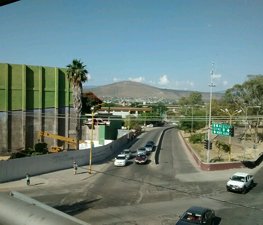 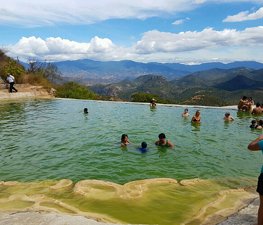 The city of Oaxaca (formally: Oaxaca de Juárez, in honor of 19th-century president and national hero Benito Juárez, who was born nearby) is the capital and largest city of the Mexican state of the same name.

It is located in the Valley of Oaxaca in the Sierra Madre del Sur Mountains, at near the geographic center of the state, and at an altitude of about 1550 m (5000 ft). The area is known as the three "Valles Centrales" (Central Valleys) region and is surrounded by thick forests of pine and holm oak. The important Monte Albán archaeological site is close to the city. As of the 2005 census, the official population of the city was 258,008 people. Including its surrounding municipality, the total rises to 265,033. However, the Oaxaca metropolitan area, which includes seventeen different municipalities, had a population of 500,970 inhabitants. Oaxaca municipality has an area of 85.48 km² (33 sq mi).

It is nicknamed "la Verde Antequera" (the green Antequera) due to its prior name (Nueva Antequera) and the variety of structures built from a native green stone.

It is the home of the Guelaguetza native arts and dance festival and the Night of the Radishes celebration.

There had been Zapotec and Mixtec settlements in the general area of the modern city of Oaxaca for thousands of years, in connection with the important ancient centers of Monte Albán and Mitla. The area was conquered by the Aztecs in 1486 who named it Huaxyácac, which means "above the place of gourdes". The colonial city, however, dates from 1522, when Spanish settlers who had followed Hernán Cortés' conquistadores successfully petitioned the Queen of Spain for a grant of land. They had already founded a city in the neighbourhood, under the name of Nueva Antequera, on the basis of a charter from King Carlos V of Spain, but Cortés had sought to have the entire Valle de Oaxaca declared as part of his personal marquisate, and to have the settlers removed. The Queen's charter, however, secured the townspeople's rights.

Most of the important buildings are within this central area.

The 2006 Oaxaca protests constituted a major social action by teachers from May to late 2006. Several teachers and their supporters were shot dead.Шаблон:Fact , including Indymedia journalist Bradley Roland Will on October 27, 2006 and Roberto López Hernández and Jorge Alberto Beltrán on October 29, 2006 when over 10,000 federal police and army intervened.

On July 16, 2007 protestors from APPO clashed with the police who used teargas to disperse the crowd resulting in scores injured.

At the center of the town is the Plaza de la Constitución, commonly referred to as the Zócalo. It was built by Alonso García Bravo around 1529 when he laid out the downtown of the modern city, modeling it after Spanish cities at the time. The plaza was planted with ash trees in the 18th century, and the marble fountain was added at this time as well.

The plaza is surrounded by various portals. On the south side of the plaza are the Portales de Ex-Palacio de Gobierno, which was vacated by the government in 2005 and then reopened as a museum called "Museo del Palacio 'Espacio de Diversidad'" Other portals include the "Portal de Mercadores" on the eastern side, "Portal de Claverias" on the north side and the "Portal del Señor" on the west side.

Northwest of the Zócalo is the Alameda de León, a garden area.

The Andador Macedonio Alcalá is a street in the center of Oaxaca City that was closed to vehicular traffic some years ago. Now only pedestrians are permitted to pass by here. Along the street are notable public places such as the original building to house the Universidad Autónoma Benito Juárez. This building now only houses the law department. The Museo de Arte Contemporáneo (Museum of Contemporary Art) or MACO is located here as is the Plazuela (small plaza) Labastida and the Parroquia de la Preciosa Sangre de Cristo (Parish of the Precious Blood of Christ).

Earthquakes damaged or destroyed many of the earliest buildings in the city, so most of those that currently exist date from no earlier than the beginning of the 18th century.

Museums and the arts

The city of Oaxaca has long been considered "Mexico's culinary capital." The most notable aspect of Oaxacan cuisine is its variety of moles, a type of complex sauce. Their origins go back to the melding of Spanish and Arabic food in Spain. After the Conquest, New World ingredients such as chile mulato, 'miltomate' (a small whiteish wild tomato), tomatoes, peanuts, avocado leaves, and chocolate were incorporated. While moles can be found in many parts of Mexico, Oaxaca has the greatest variety including negro (black), colorado (red), coloradito (faint red), chichilo, verde (green), amarillo (yellow), and mancha manteles (lit. 'stainer of tablecloths'). They are sold in markets all over the city as a paste which is combined with water and simmered with a variety of meats.

Other notable foods sold in markets include bars of chocolate (primarily used for making hot chocolate), traditional breads, and chapulines (fried grasshoppers with chile). Street foods include tlayudas, which are large, slightly crispy corn tortillas piled high with ingredients such as grilled beef (called tasajo), cheese, tomatoes, avocados, onions etc. Local drinks include those made with water, sugar and a flavoring such as aguamiel (honey water), trocitos de melón (melon), horchata (rice), tuna batida (cactus fruit shake), and nuez (nuts) as well as local fruits such as chilacayota and guanábana. In nearby Tlacolula and Ejutla an indigenous drink called 'tejate' is still prepared and sold in the local market. Known here as the drink of the gods, it is prepared with corn, cacao, cacao flower and the seed of the mamey fruit. As for alcoholic beverages, this area prefers mezcal, which, like tequila is made from a species of agave but the flavor is very different.

As in other areas in Mexico, chocolate has had special importance here since long before the Conquest. Aside from being a foodstuff, it was also used as medicine and cacao seeds were used as money. The chocolate prepared in this city is well-known within Mexico, as it is distinguished by being flavored with cinnamon, almonds and sugar and is usually prepared with hot water or milk. It is usually served in large coffee cups with a local sweet roll. The best-known producer of this type of chocolate is Chocolate El Mayordomo, which recently has opened outlets in various parts of Mexico, esp. in Mexico City. In their main store in Oaxaca City, you can see them prepare the various types of chocolates they prepare including a chocolate pasta.

Notable people associated with Oaxaca include:

]] A significant barrier for the indigenous population, which constitutes a large proportion of the Oaxacan populous, is language. Most Oaxacans are native speakers of an indigenous language and do not speak Spanish, leading to problems in participating in the Spanish-speaking educational system as well a society as a whole. In an effort to reduce the educational gap between indigenous population and the Latino population is Oaxaca Streetchildren Grassroots (OSCGR) [1]. OSCGR works with indigenous children and their families in efforts ranging from the provision of basic health care and nutrition to the operation of a kindergarten and other educational services at their Center in Oaxaca City. The goal is to provide participating children access to public education and provide the tools for an increased standard of living in the future. The program is supported via donations from sponsors who support individual children.

In terms of institutions of higher education Oaxaca has several universities. Oaxaca is the site of the Universidad Autónoma Benito Juárez de Oaxaca, which has buildings throughout the city centre. Additionally, the Universidad de Mesoamérica has locations in the city.

Oaxaca-Xoxocotlan airport (IATA code OAX) is approximately 7 km south of the city centre. Most flights are to Mexico City for onward connection, but there are also flights to Huatulco, Cancún, Tuxtla Gutierrez and Tijuana. Continental Airlines flights between Oaxaca and Houston have also been initiated.

The city has separate first class and second class bus stations, offering services to most places within the state of Oaxaca, including the coastal resorts of Huatulco, Puerto Escondido, Puerto Ángel and Pinotepa Nacional, and also long-distance services to Puebla and Mexico City and other Mexican locations such as Veracruz. There are several bus lines which run in Oaxaca. The largest is TUSUG, a type of "cooperative" company. All of the drivers own their own buses and are aided by other drivers in purchasing new buses.

A number of small towns surround the main city and are closely linked economically and culturally with the main city. Some of these towns are known for producing certain crafts that are identified with the three central valleys of Oaxaca. In these towns one can see the workshops and the crafts being produced in the traditional manner although most of these towns' products are sold in the main city. Santa María Atzompa produces glazed, glass-inlaid pottery of green, while San Antonio Arrazola and San Martín Tilcajete make alebrijes, small painted wooden figures. San Bartolo Coyotepec is known for its black ceramics, and Teotitlan del Valle works with wool and llama to make tapetas, or more commonly, throw rugs. These rugs are known for their intense colors, made traditionally with natural dyes, made from cempasúchil (yellow), cochineal (red) and indigo (blue). In addition, Oaxaca city and surrounding towns have market days, where one can visit the tianguis (open-air markets) set up for that day. There are markets on each day of the week. Monday in Miahuatlan is for buying daily staples, and Tuesday, in Ayoquezco is noted for wood furniture. On Wednesday, people head to Etla and Zimatlán for dairy products, especially cheese. Thursday is reserved for the two largest tianguis in Ejutla and Zaachila. On Friday, in Coyotepec, Jalietza and Ocotlán cotton textiles, embroidered blouses, corn-husk flowers and glazed pottery from Atzompa are sold. Also Llano park in Oaxaca has a small market. Saturday is reserved for the main city of Oaxaca, and to finish, on Sunday mezcal is sold in Tlacolula.

Jakob Koefoed
Went here after Mexico City and Guadalajara so the peace here is lovely ♥ beautiful city with old and colorful houses. Santo domingo is the number one on our list of churches, stunning decorations

Dainzú is a Zapotec archaeological site in the Valley of Oaxaca, an

Suchilquitongo is a Mesoamerican archaeological site located in

Perast (Montenegrin: Пераст) is an old town in the Bay of Kotor in Mo 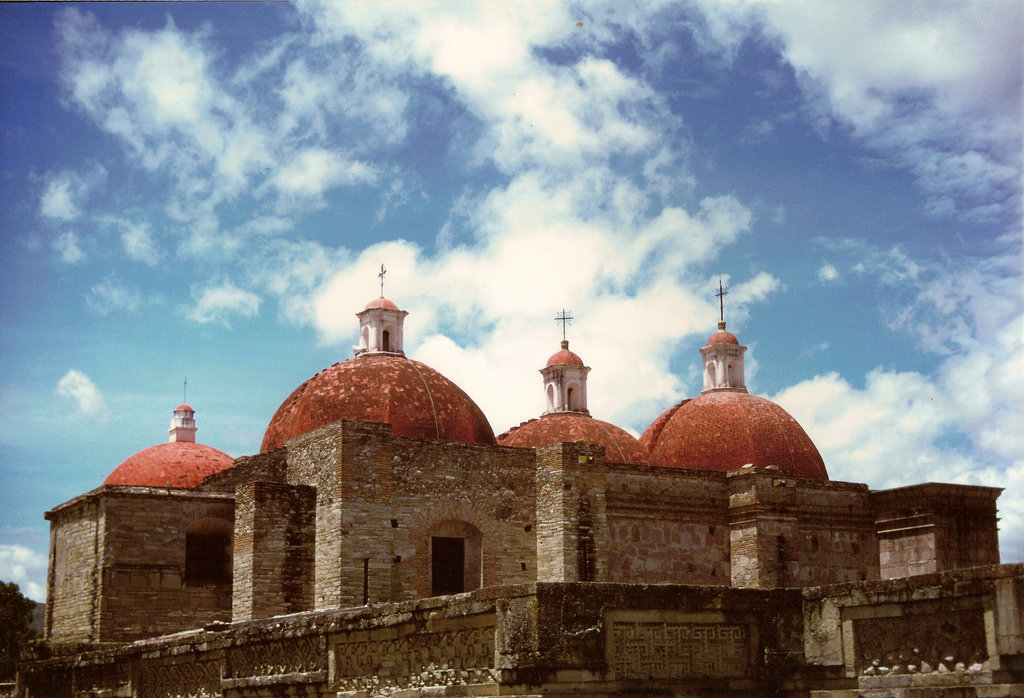 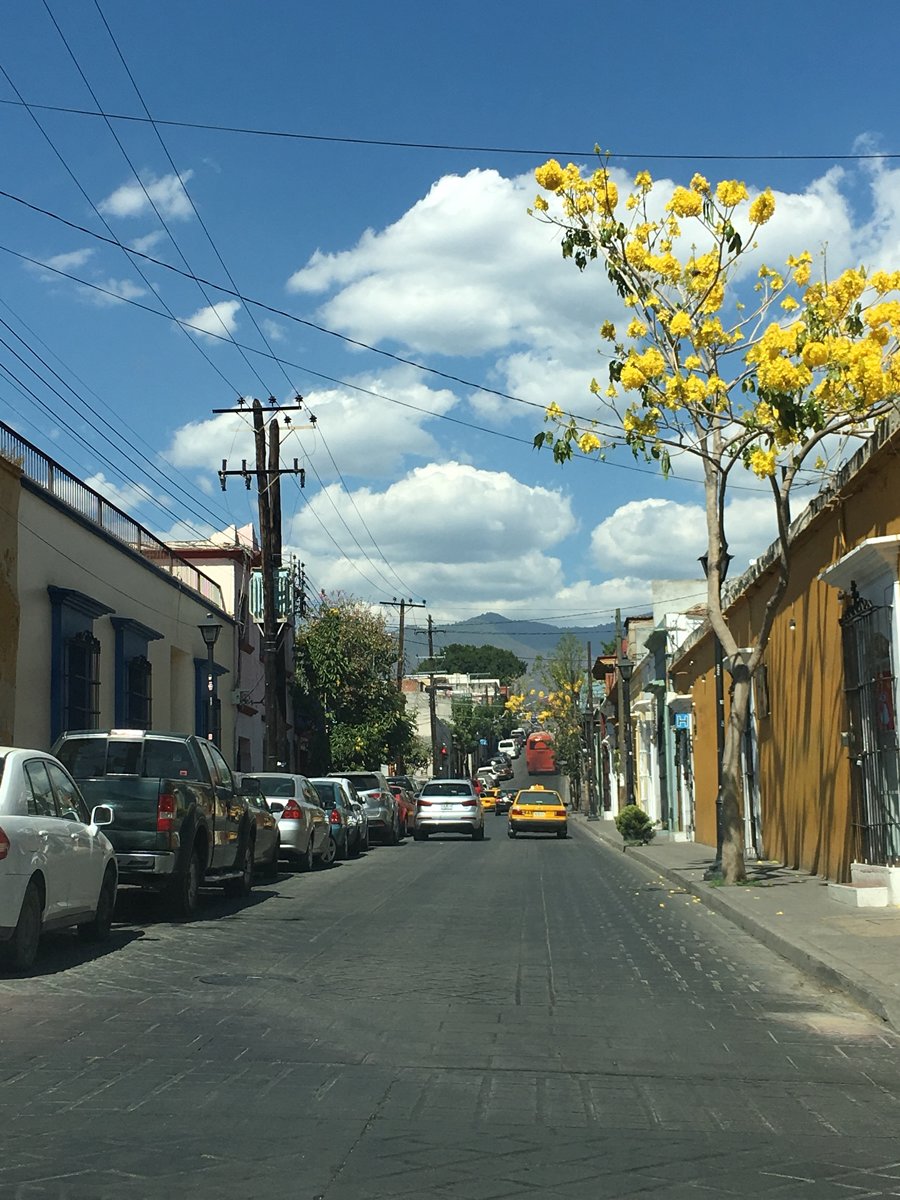 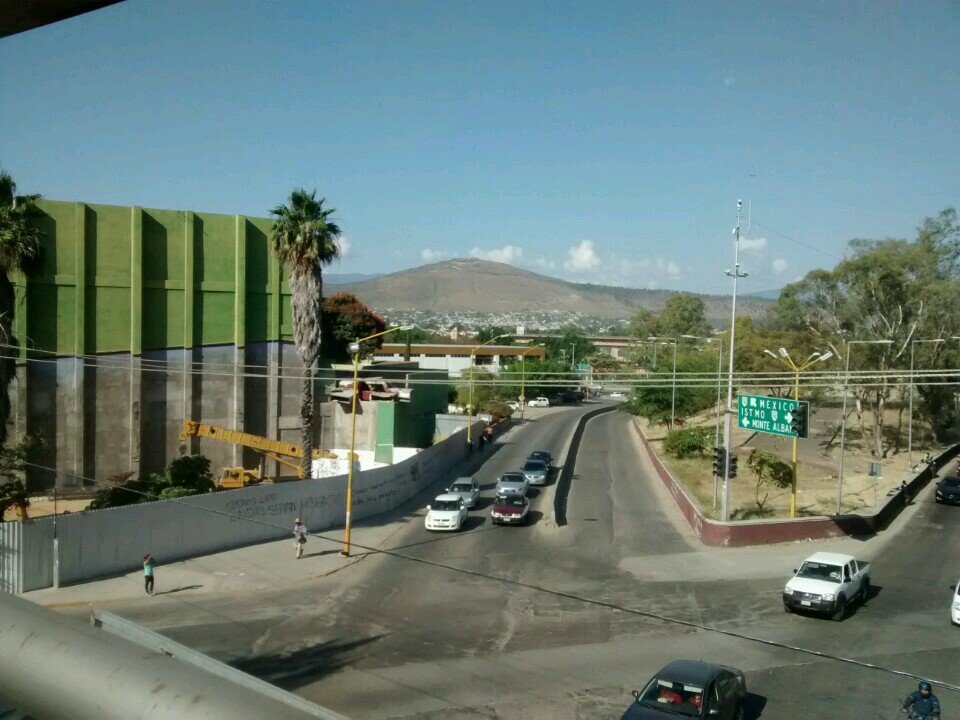 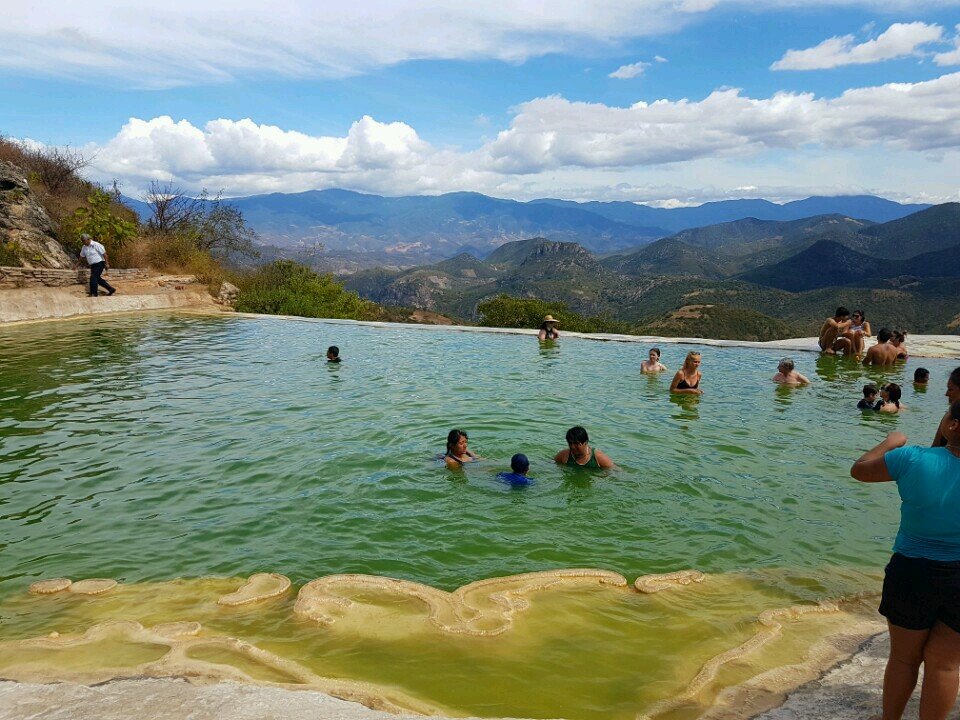 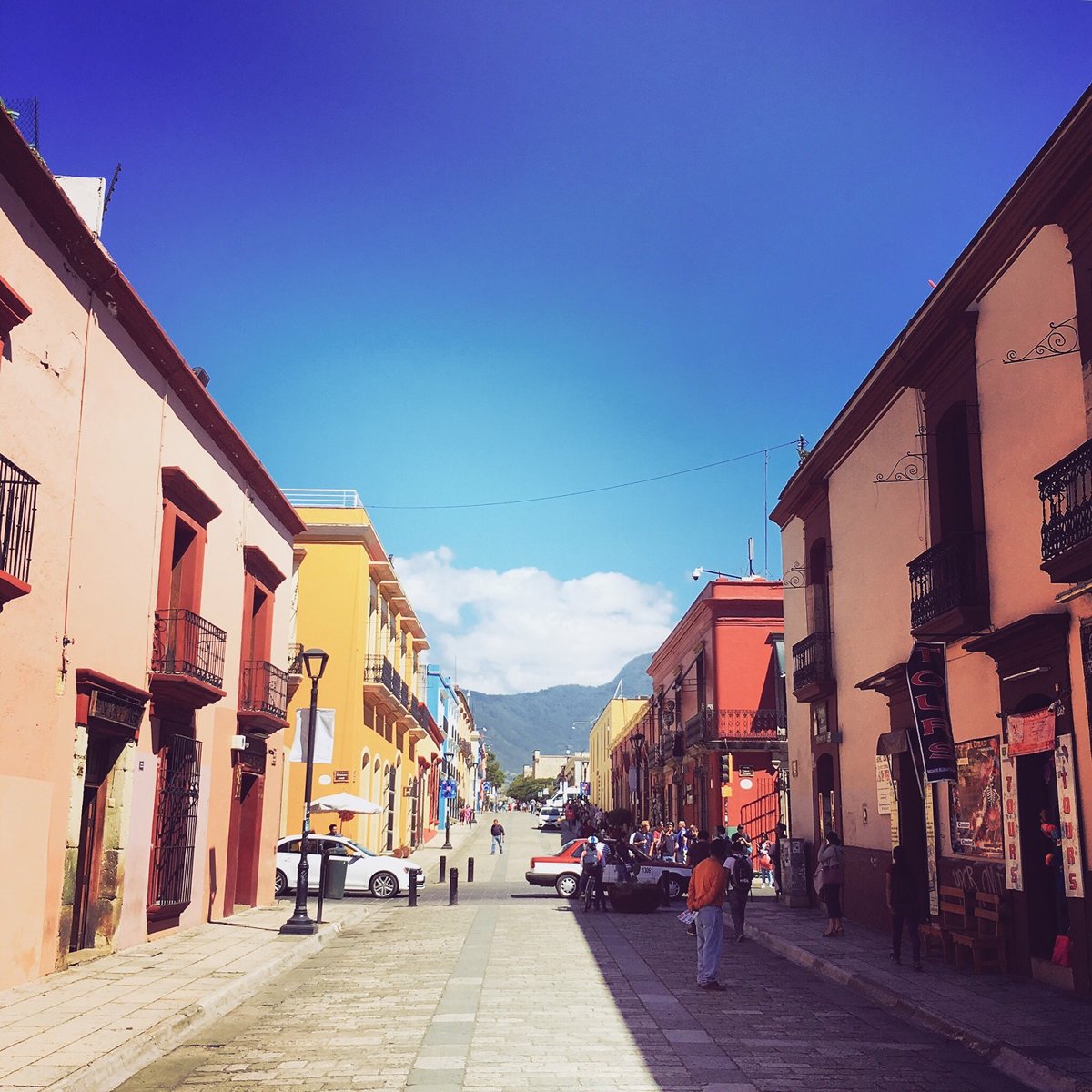 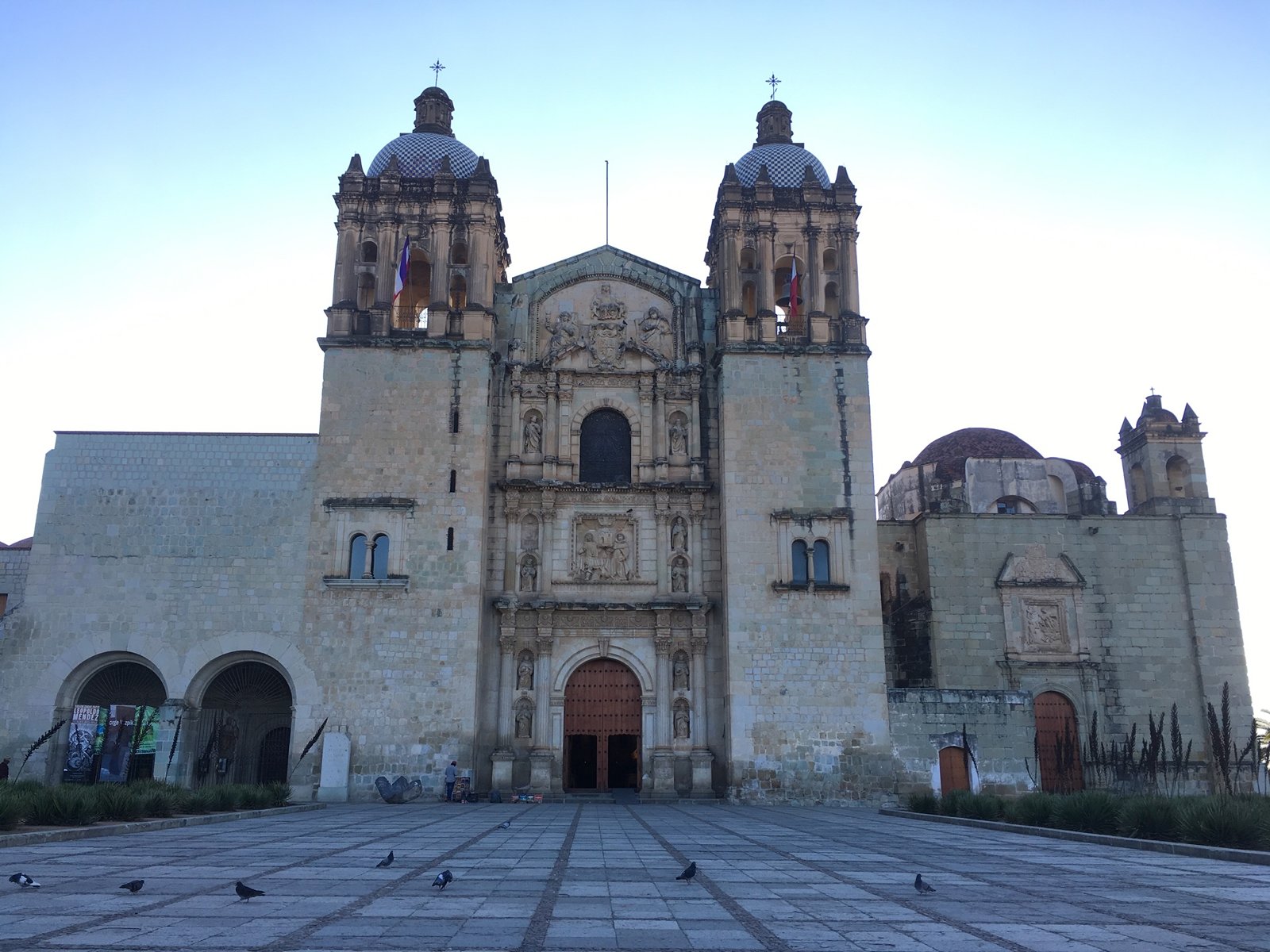 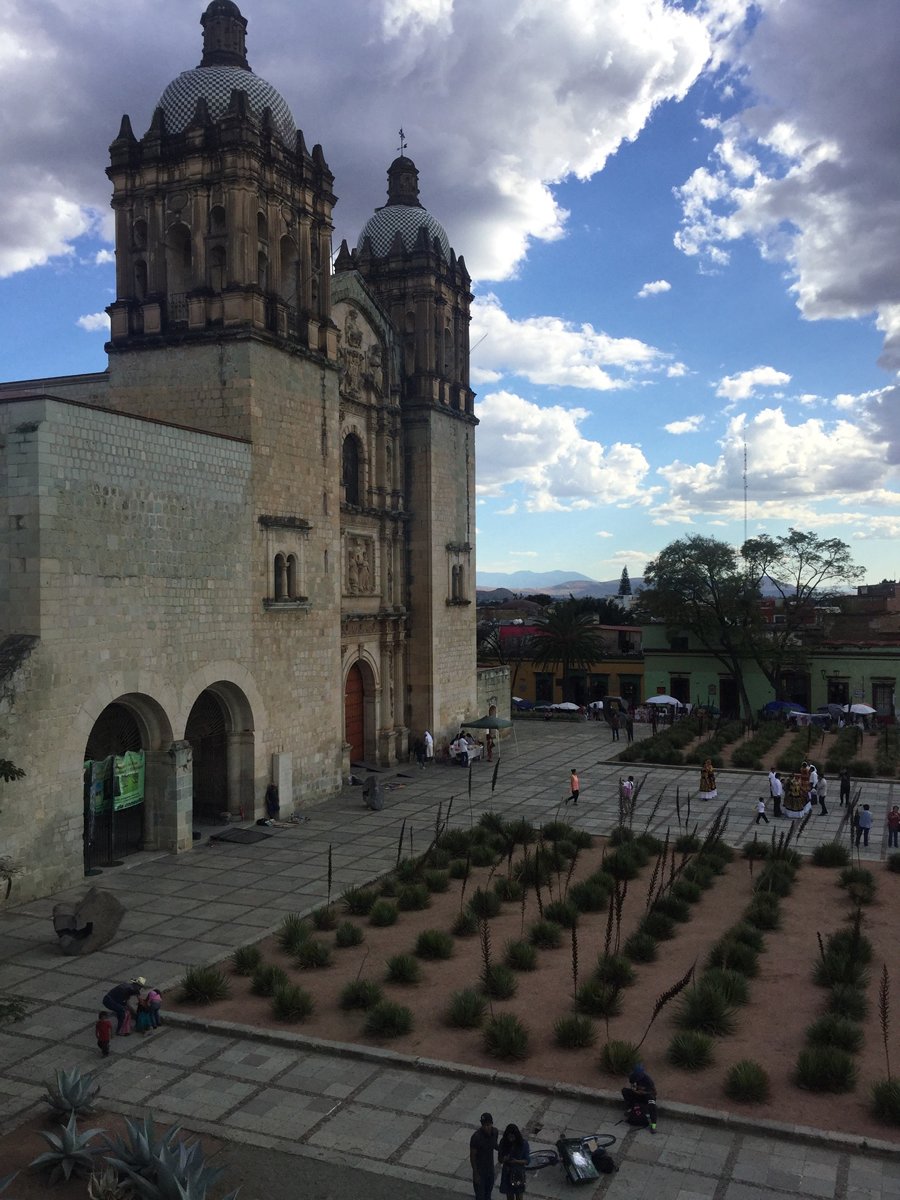 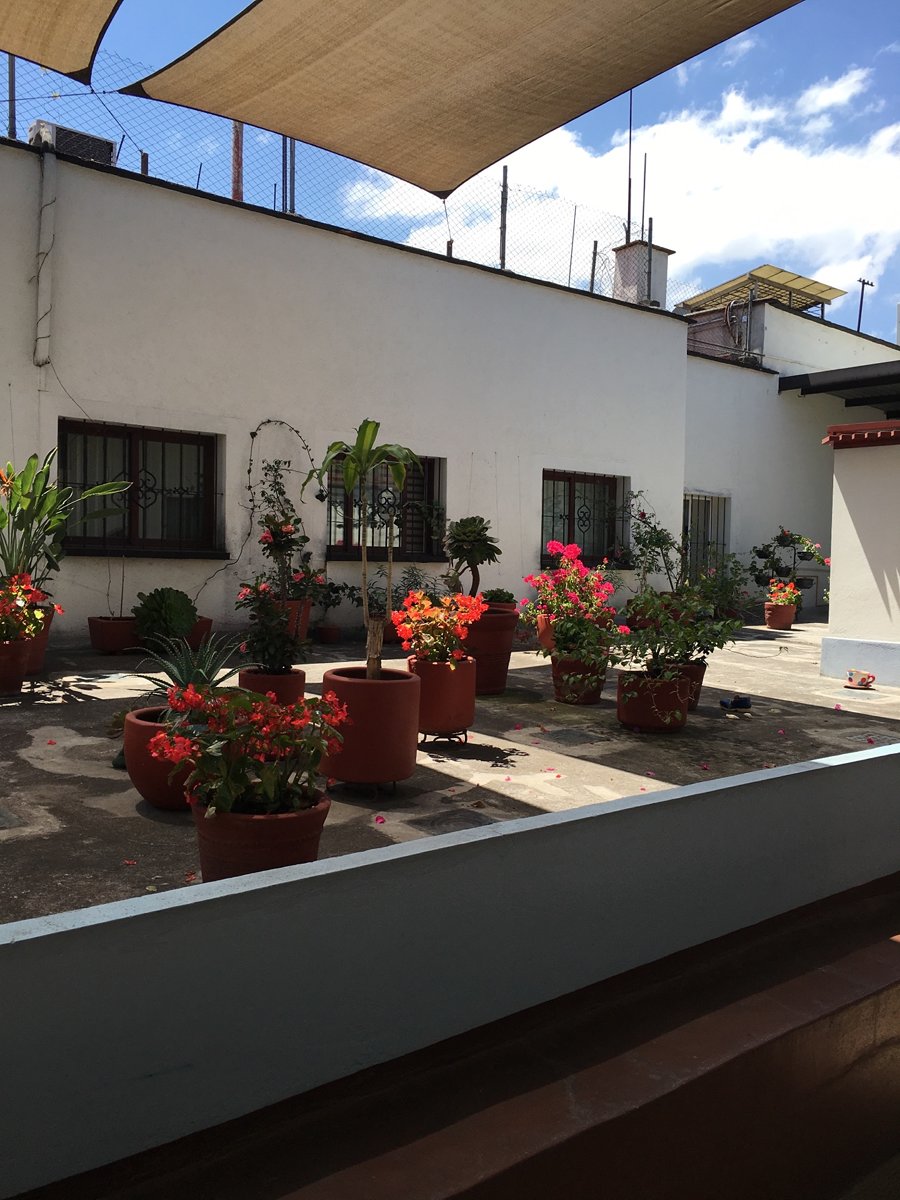 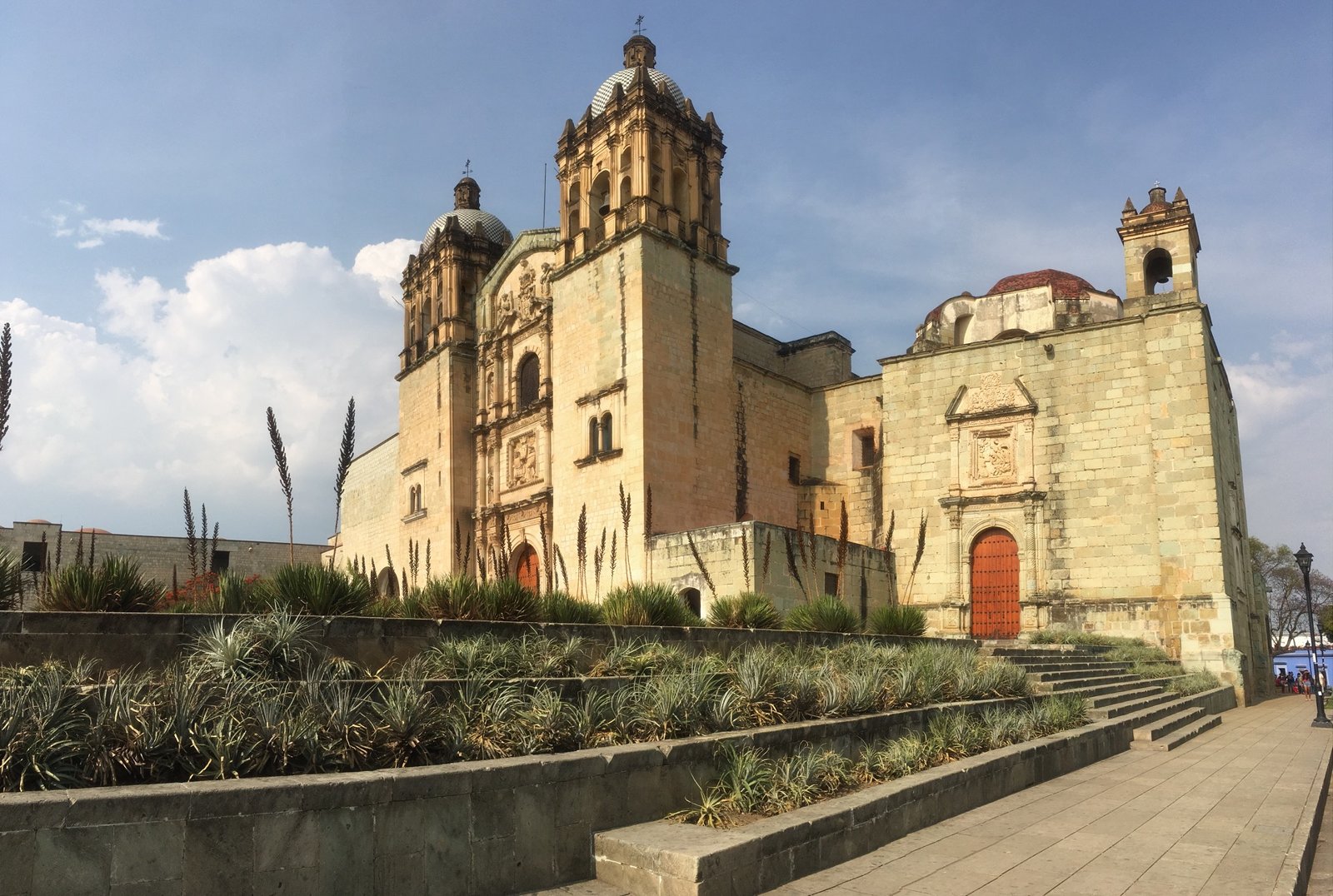 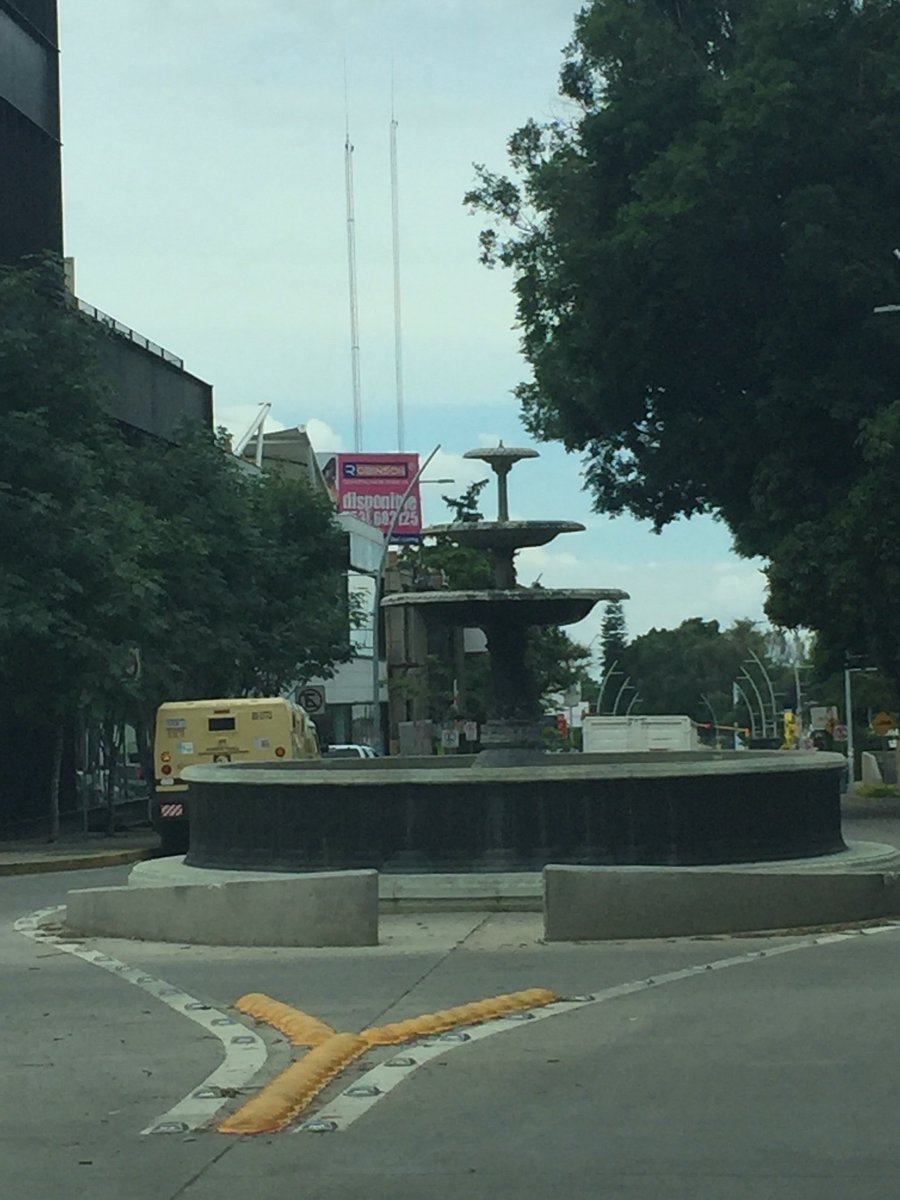 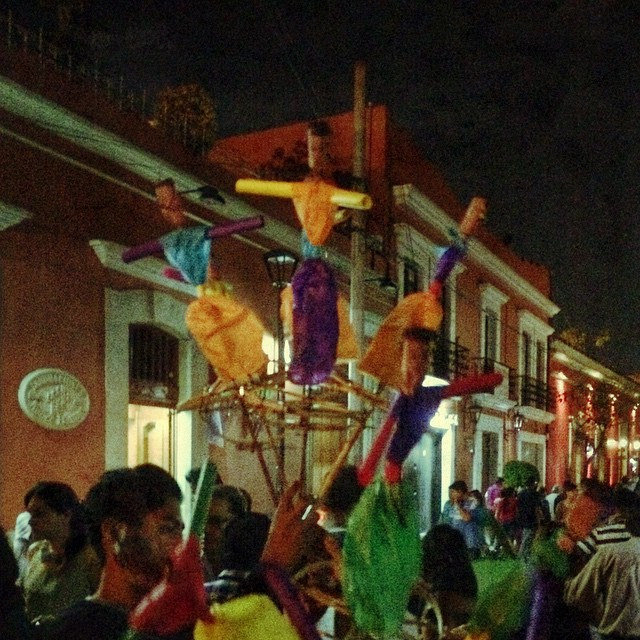 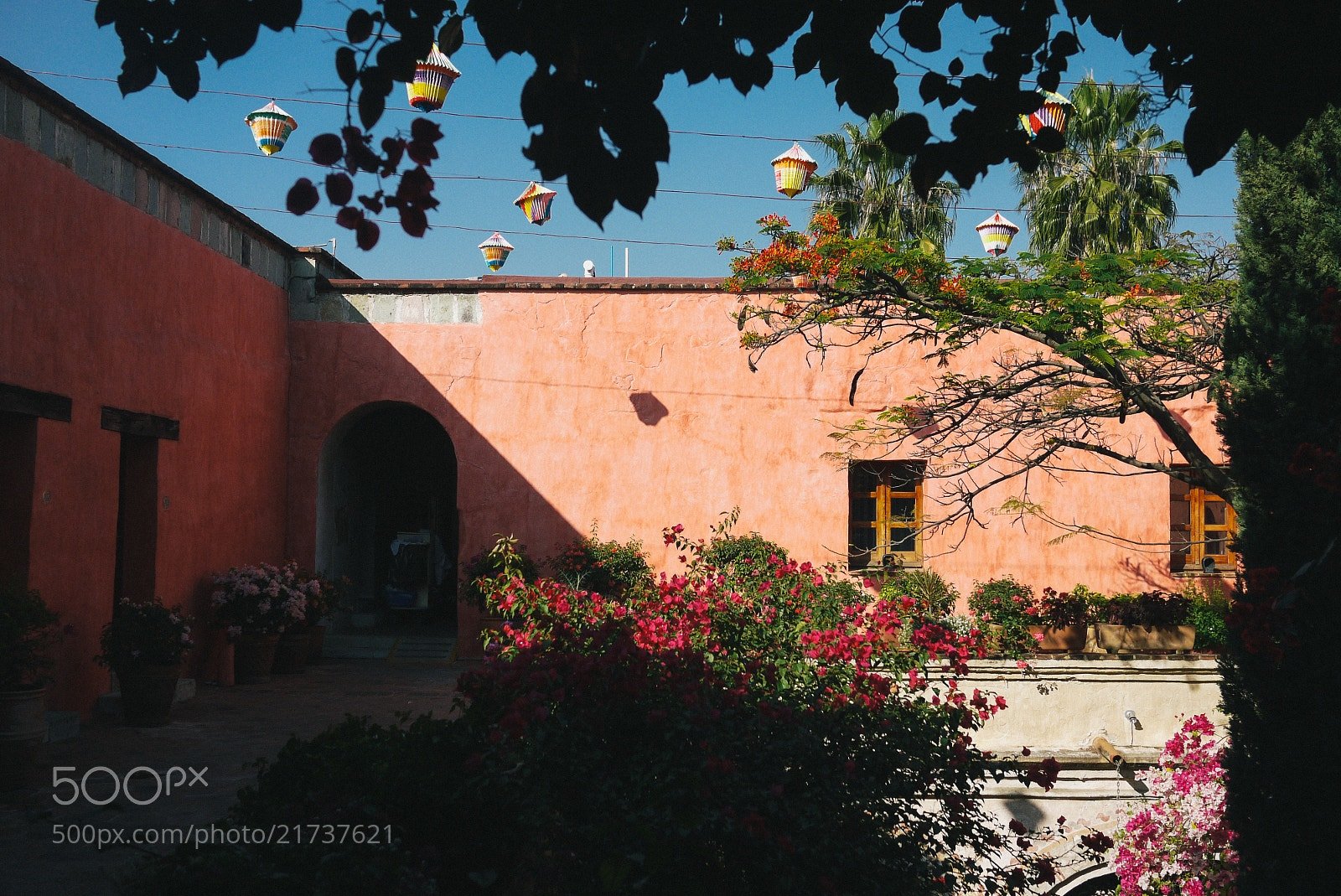 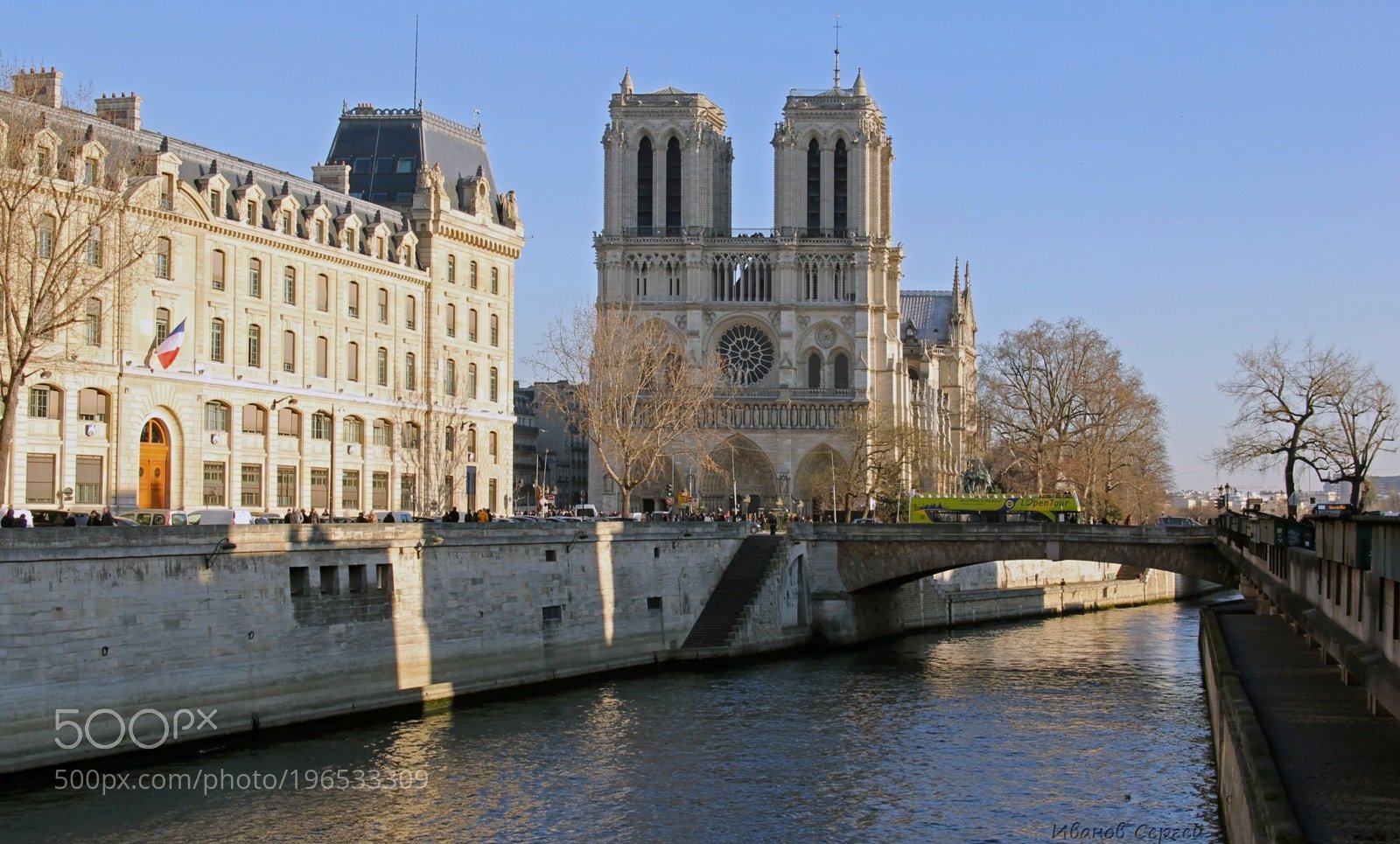 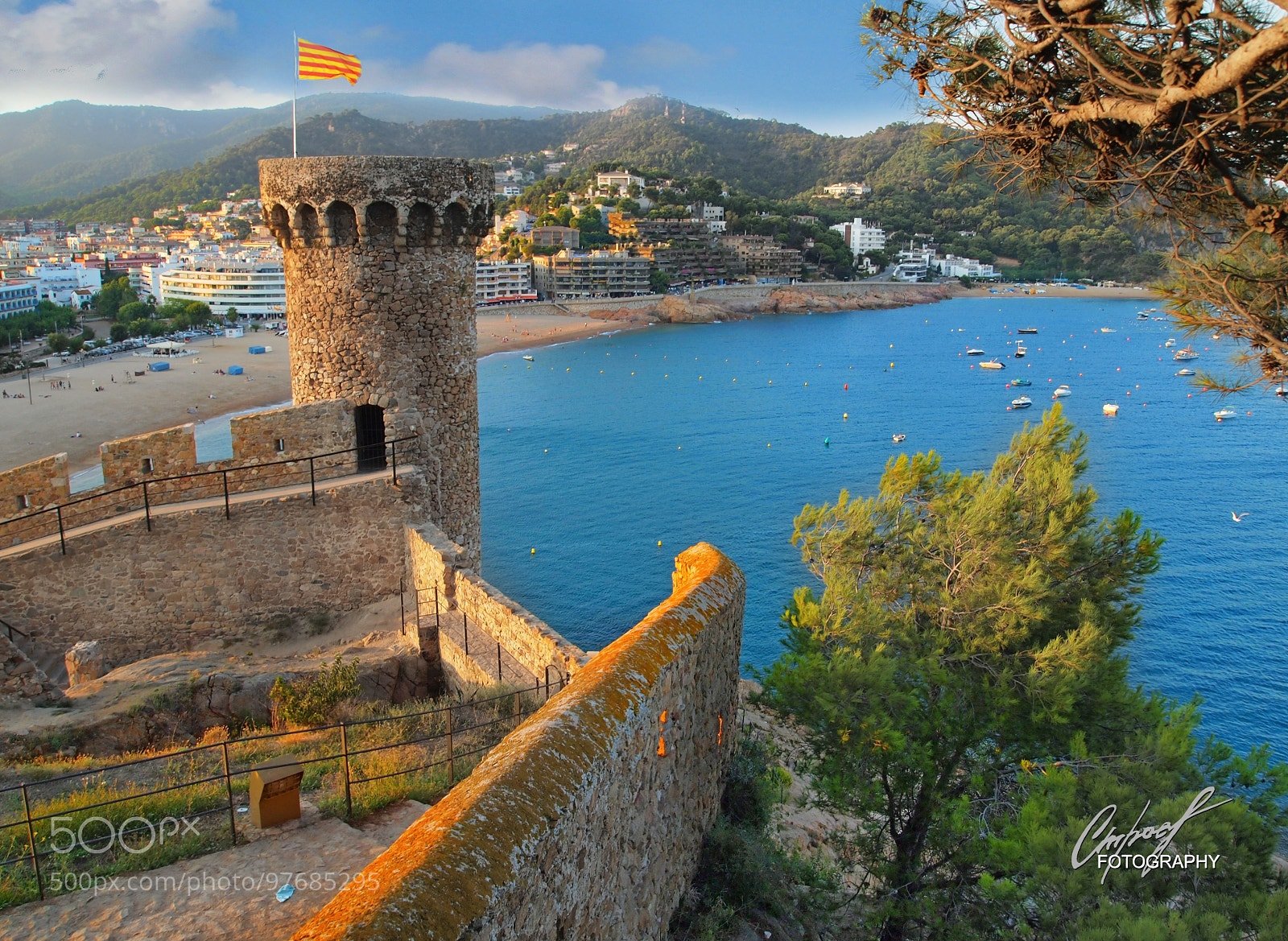 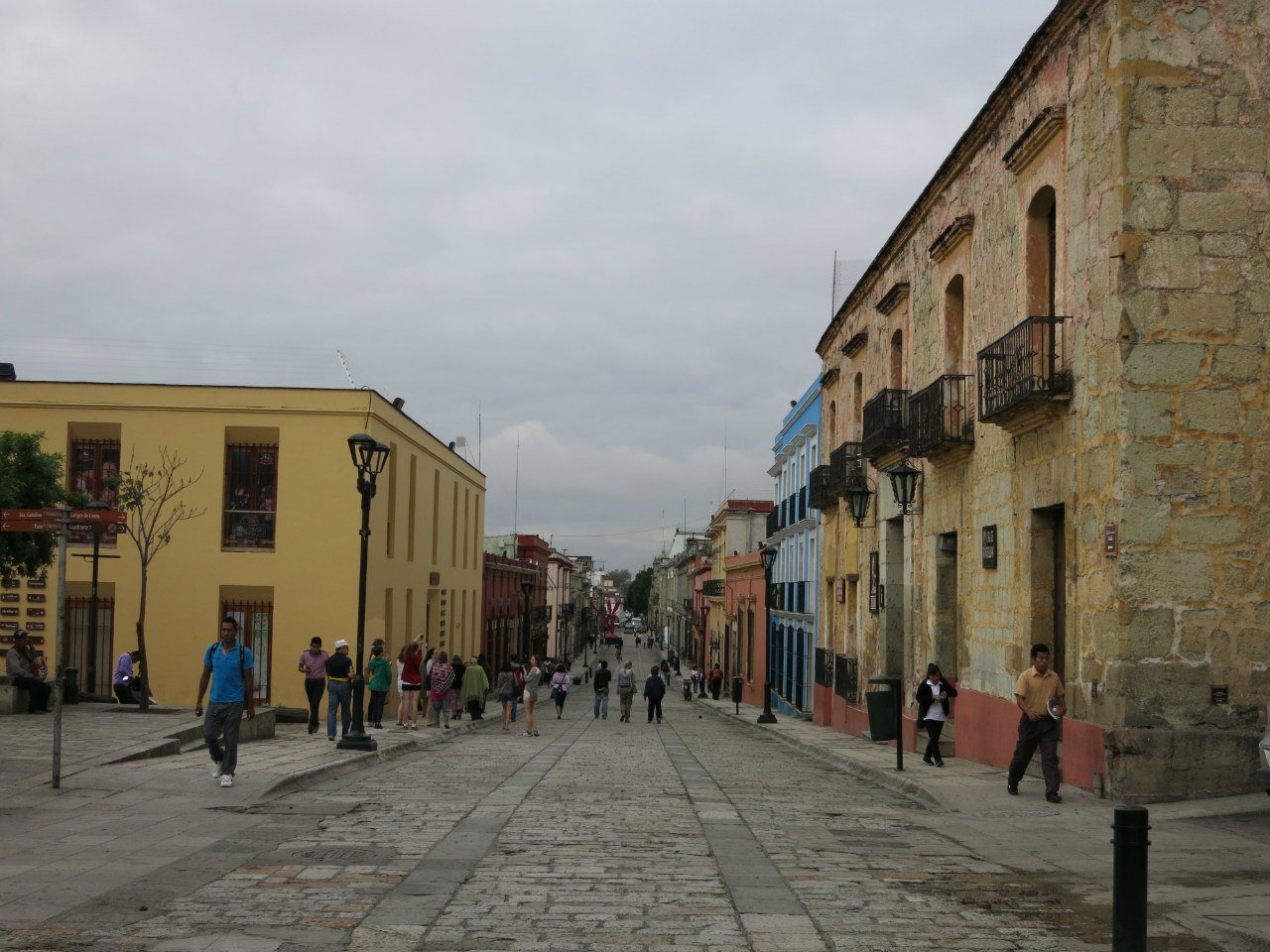 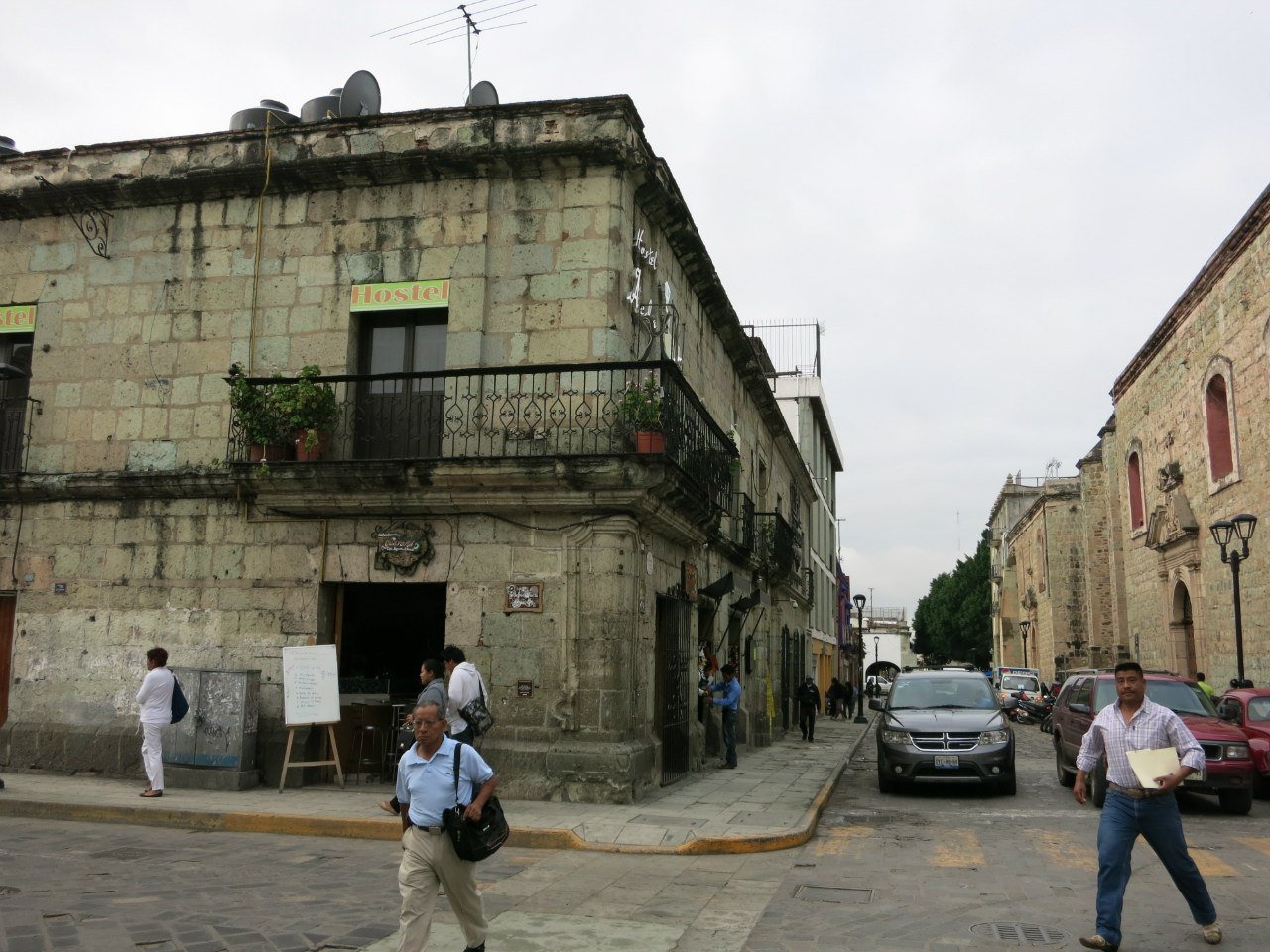 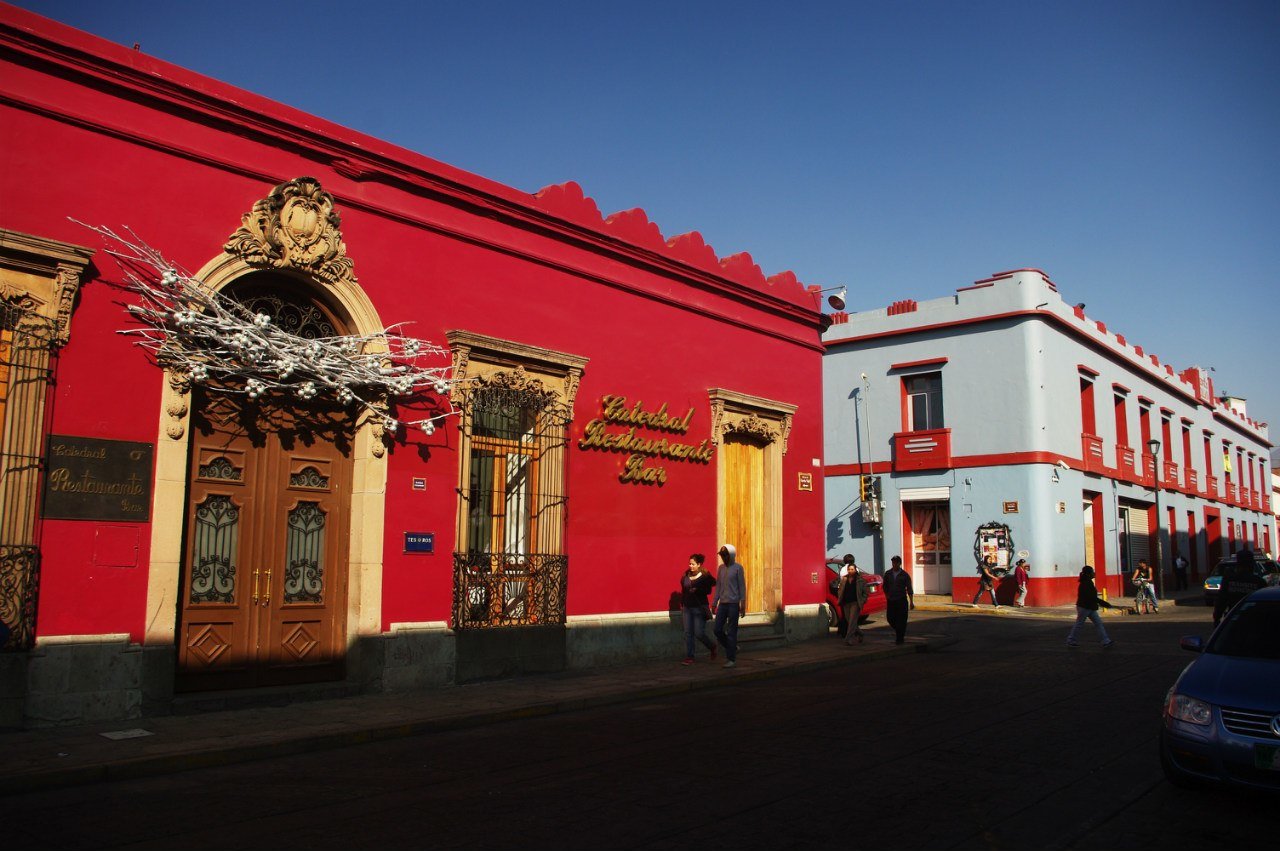 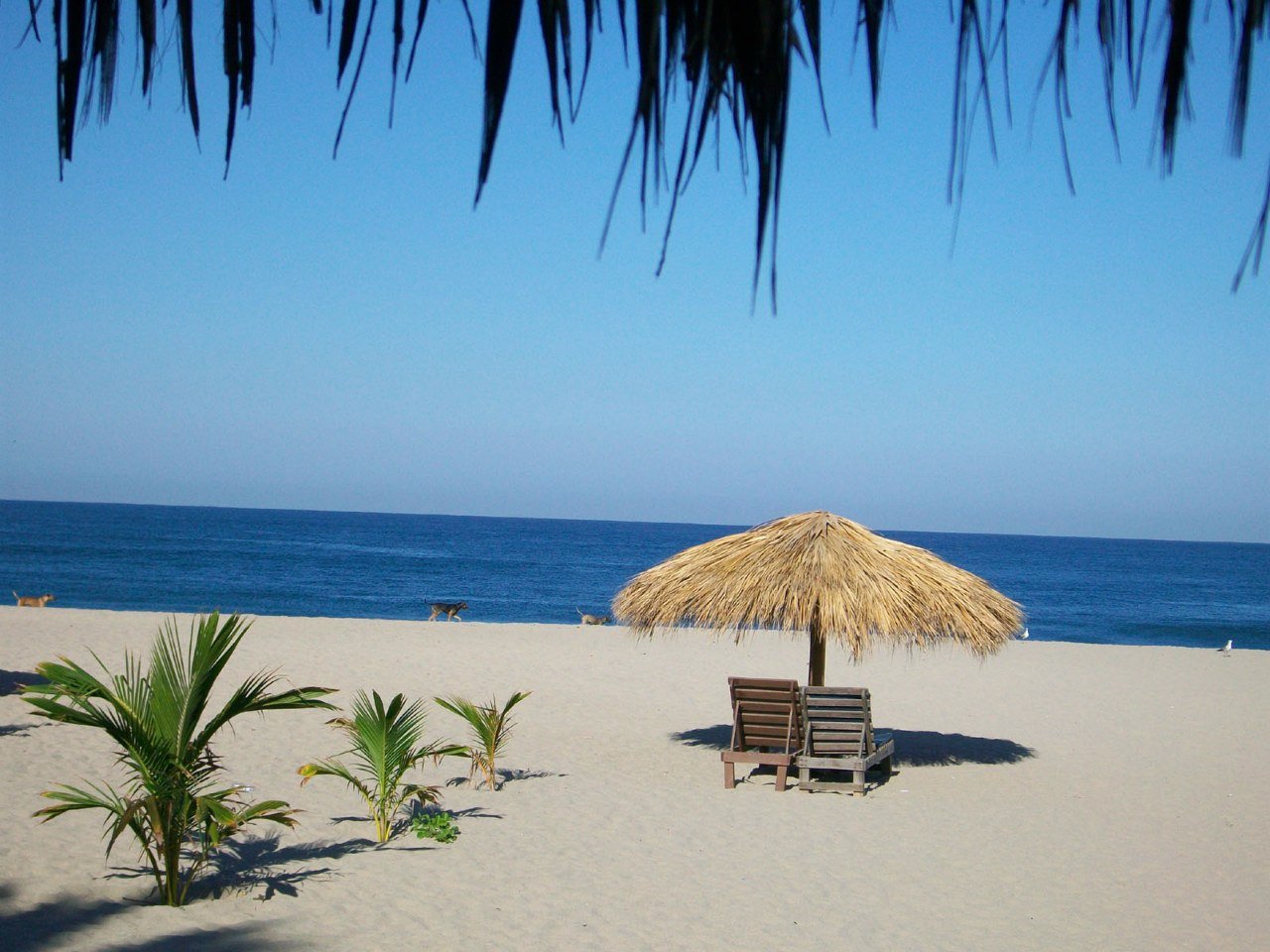 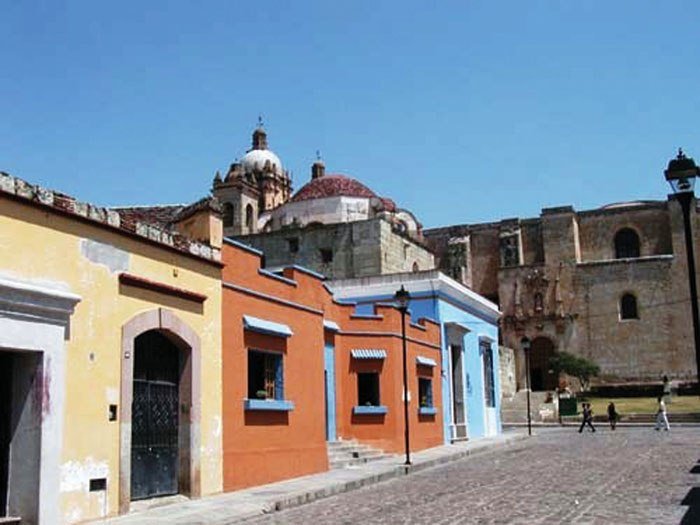