×
What are you looking for?
See all results
Archaeological sites in Numancia 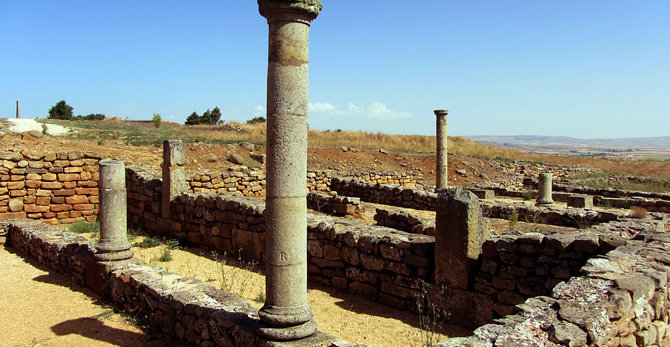 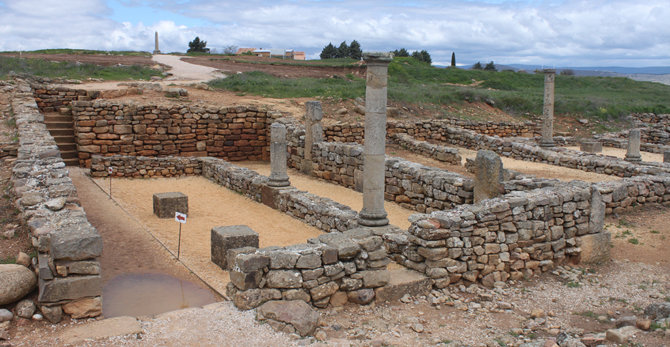 Numantia (Numancia in Spanish) is the name of an ancient Celtiberian settlement, whose remains are located 7 km north of the city of Soria, on a hill known as Cerro de la Muela in the municipality of Garray.

In the year 153 B.C. occurred the first serious conflict with Rome: Numantia let in some fugitives from the city of Segeda, who belonged to another Celtiberian tribe called the Bellos. The leader of the Bellos, Carus of Segeda, managed to defeat a Roman army commanded by the consul Quintus Fulvius Nobilior. The Romans, who brought a small number of war elephants, besieged Numantia unsuccessfully.

After 20 years of hostilities, in the year 133 BC the Roman Senate gave Scipio Aemilianus Africanus the task of destroying Numantia. He laid siege to the city, erecting a nine kilometre fence supported by towers, moats, impaling rods and so on. After 13 months of siege, the Numantians decided to burn the city and die free rather than live and be slaves.

The nearest settlement to the ruins of Numantia is the village of Garray in the province of Soria. Garray has grown up next to a bridge across the Duero. It is only a few miles from the small modern city of Soria.

Numantia is preserved as a national monument and is open to the public.

Early history of the site

Numantia was an Iron Age hill fort (in Roman terminology an "oppidum"), which controlled a crossing of the Duero.

Pliny the Elder counts it as a city of the Pelendones,but other authors, like Strabo and Ptolemy place it among the Arevaci people. The Arevaci were a Celtiberian tribe, formed by the mingling of Iberians and migrating Celts in the 6th century BC, who inhabited an area near Numantia and Uxama.

Before their defeat, the Numantians gained a number of victories. For example, in 137 BC, 20,000 Romans surrendered to the Celtiberians of Numantia (population between 4,000-8,000).

The final siege of Numantia began in the year 134 BC. Scipio Aemilianus, who was a Roman consul at that time, was in command of an army of 30,000 soldiers. His troops constructed a number of fortifications surrounding the city as they prepared for a long siege. Resistance was hopeless but the Numantians refused to surrender and famine quickly spread through the city. After eight months most of the inhabitants decided to commit suicide rather than become slaves. Only a few hundred of exhausted and famished inhabitants surrendered to the victorious Roman legions.

After the destruction, there are remains of occupation in the 1st century BC, with a regular street plan but without great public buildings.

Its decadence starts in the 3rd century, but with Roman remains still from the 4th century. Later remains from the 6th century hint of a Visigoth occupation.

Excavation and conservation of Numantia

Numantia's exact location vanished from memory, and some theories placed it in Zamora, but in 1860 Eduardo Saavedra identified the correct location in Garray, Soria. In 1882 the ruins of Numantia were declared a national monument. In 1905 the German archaeologist Adolf Schulten began a series of excavations which located the Roman camps around the city. Regular excavations are still going on.

Many objects from the site are on display in a museum called the Museo Numantino in the city of Soria. This museum is also responsible for in situ displays at Numantia.

Development threat to the historic landscape

The province of Soria is sparsely populated, and Numantia is mainly surrounded by agricultural land. However, the regional government of Castilla y Leon and the city of Soria have planned various construction projects which if completed would have an impact on the landscape surrounding the site of Numantia.

One of the projects is a "City of the Environment" on an ecologically important site near the river Duero. However, the most damaging proposal from a visual point of view is the plan to develop a new industrial zone (Polígono Industrial de Soria II). This industrial estate has been planned for El Cabezo, which is adjacent to Numantia and the Roman encampment (and would also affect part of the Romanesque site of Los Arcos de San Juan de Duero). There has been a legal appeal by the aristocratic Marichalar family against the expropriation of its land for this development.

The proposed developments in the vicinity of Numantia have met widespread opposition from a number of quarters, including the Instituto de España, the Real Academia de la Historia, the Catalan Institute of Classical Archaeology, the Spanish Section of the International Council on Monuments and Sites (ICOMOS) and a number of Ancient History Departments in Spain. In 2008 a petition organised to have Numantia declared a World Heritage Site, in the hope that this would deter the local authorities from developing the area.

The siege of Numantia was recorded by several Roman historians who admired the sense of freedom of the ancient Iberians and acknowledged their fighting skills against the Roman legions. In Spanish culture, it has a meaning similar to that of Masada for Israelis. Miguel de Cervantes (author of Don Quixote) wrote a play about the siege, El cerco de Numancia, which stands today as his most well-known dramatic work. Antonio Machado references the city in his poem Campos de Soria. The poem is an ode to the countryside and peoples of rural Castile. More recently, Carlos Fuentes wrote a short story about the event, "The Two Numantias", in his collection The Orange Tree.

Several Spanish Navy ships have been named Numancia and a Sorian battalion was named batallón de numantinos. During the Spanish Civil War, the Numancia regiment took the town of Azaña in Toledo. To erase the memory of the Republican president Manuel Azaña, they renamed it as Numancia de la Sagra.

Add to wishlist
I've been here
Visited
Monastery of Fitero

Add to wishlist
I've been here
Visited
Castle of Clavijo

The Castle of Clavijo, one of the most famous in the area of La Rioja,

The Roman arch of Medinaceli (Spanish: Arco Romano de Medinaceli) is a

Add to wishlist
I've been here
Visited
Castle of Palazuelos

The Castle of Palazuelos (Spanish: Castillo de Palazuelos) is a castle 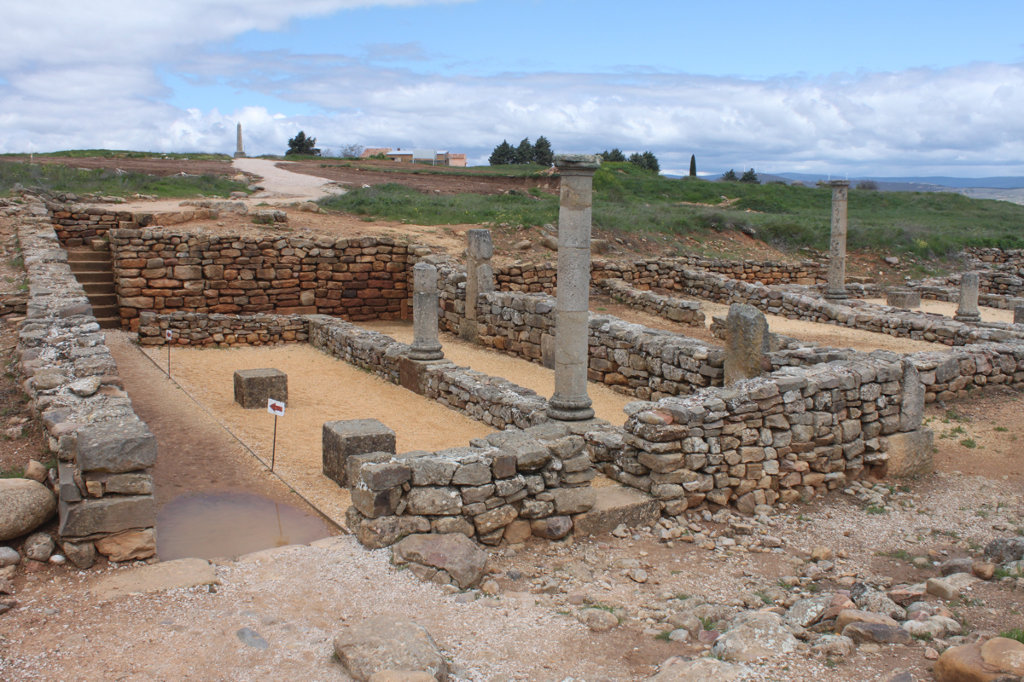 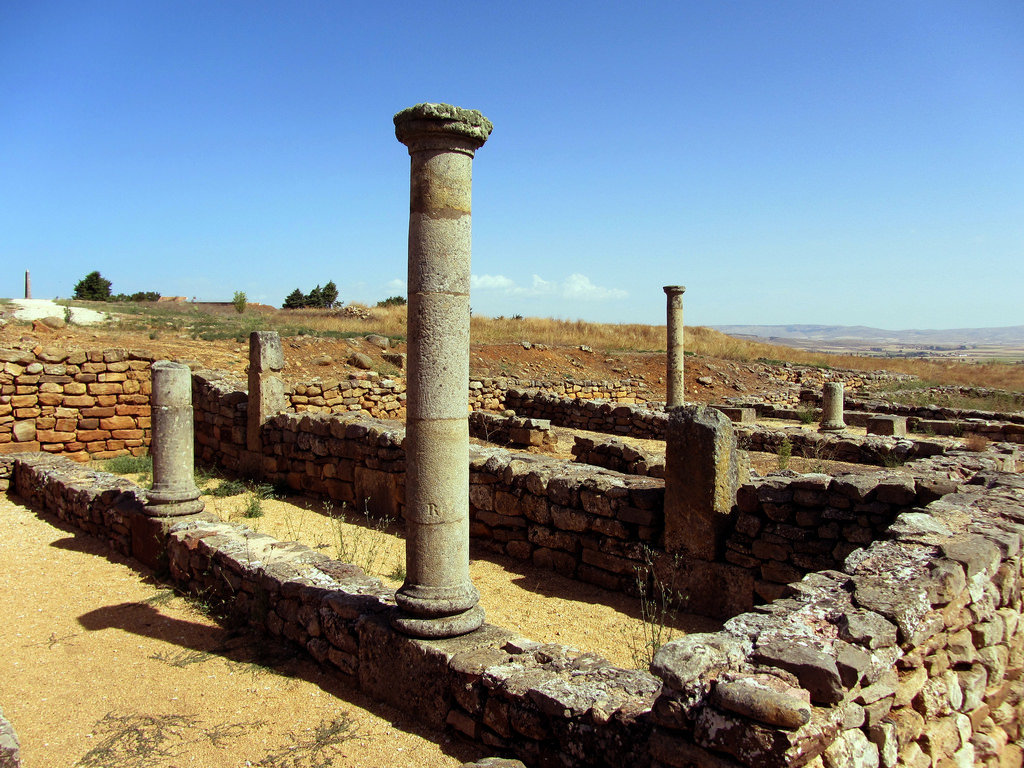 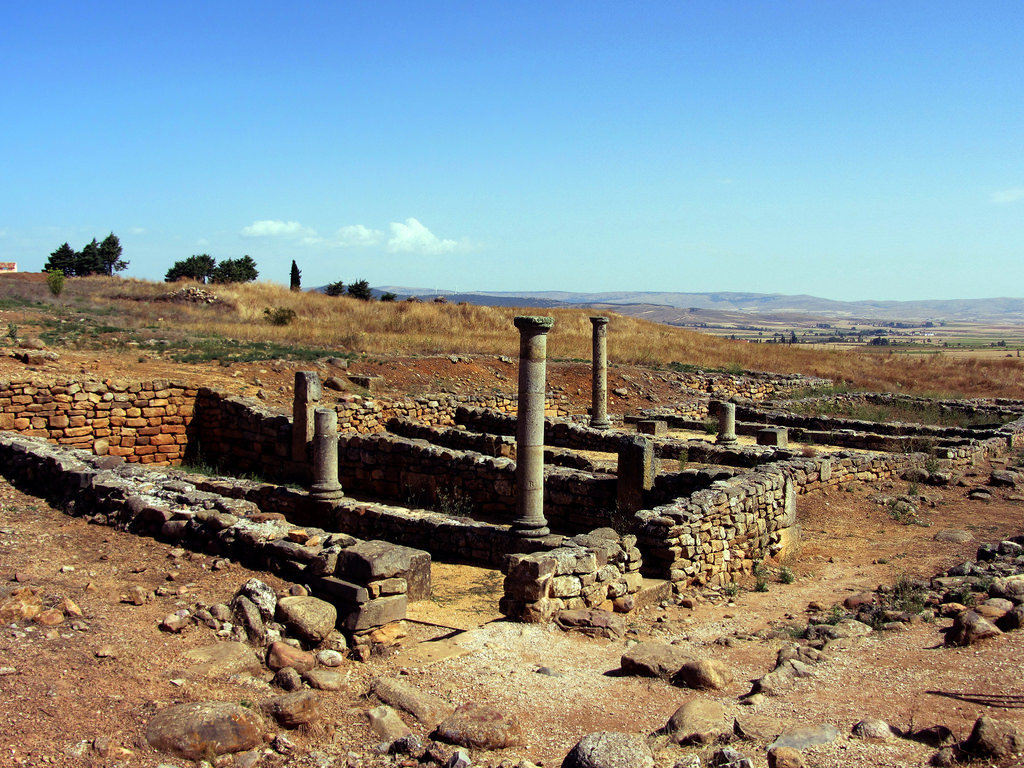 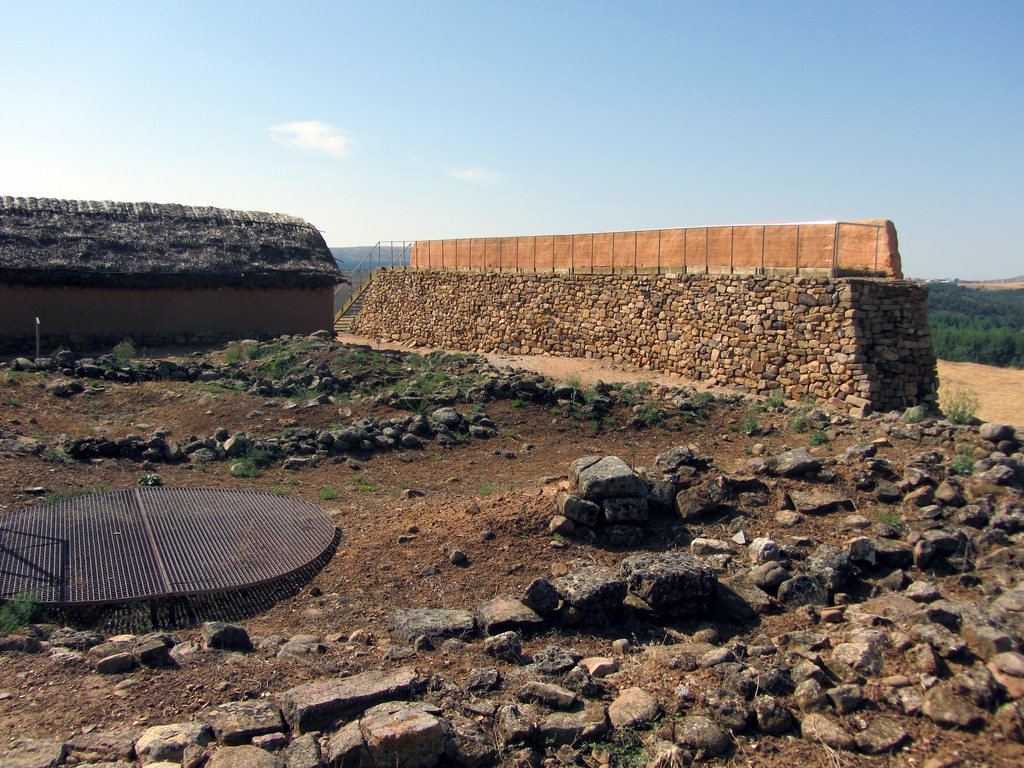 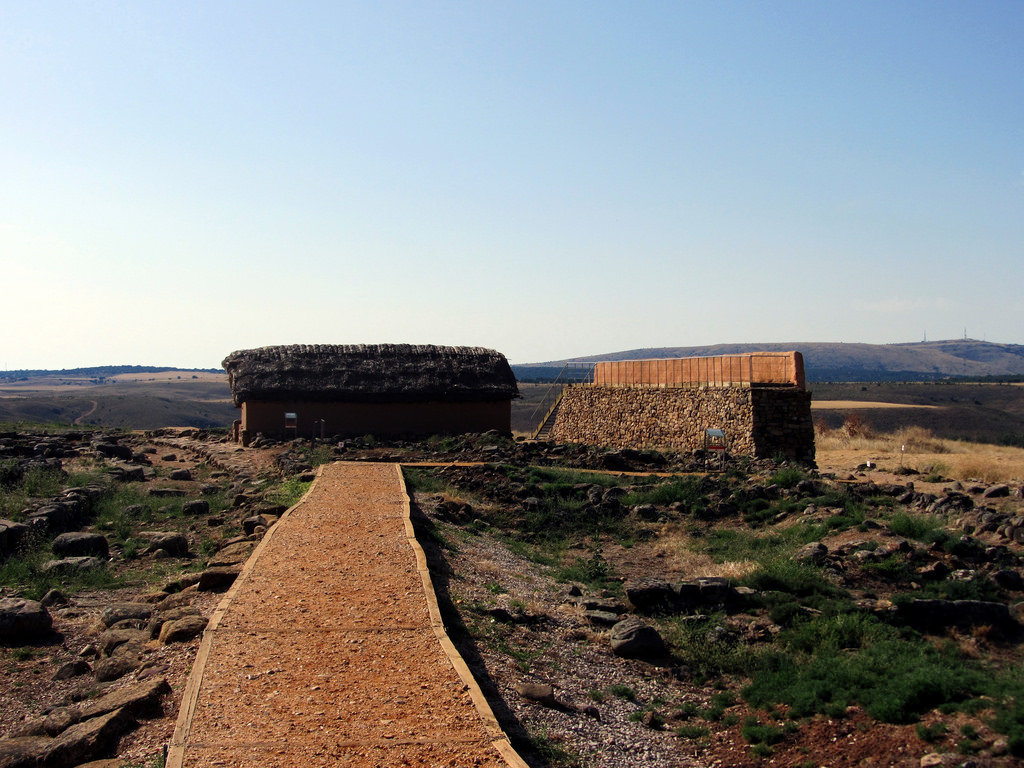 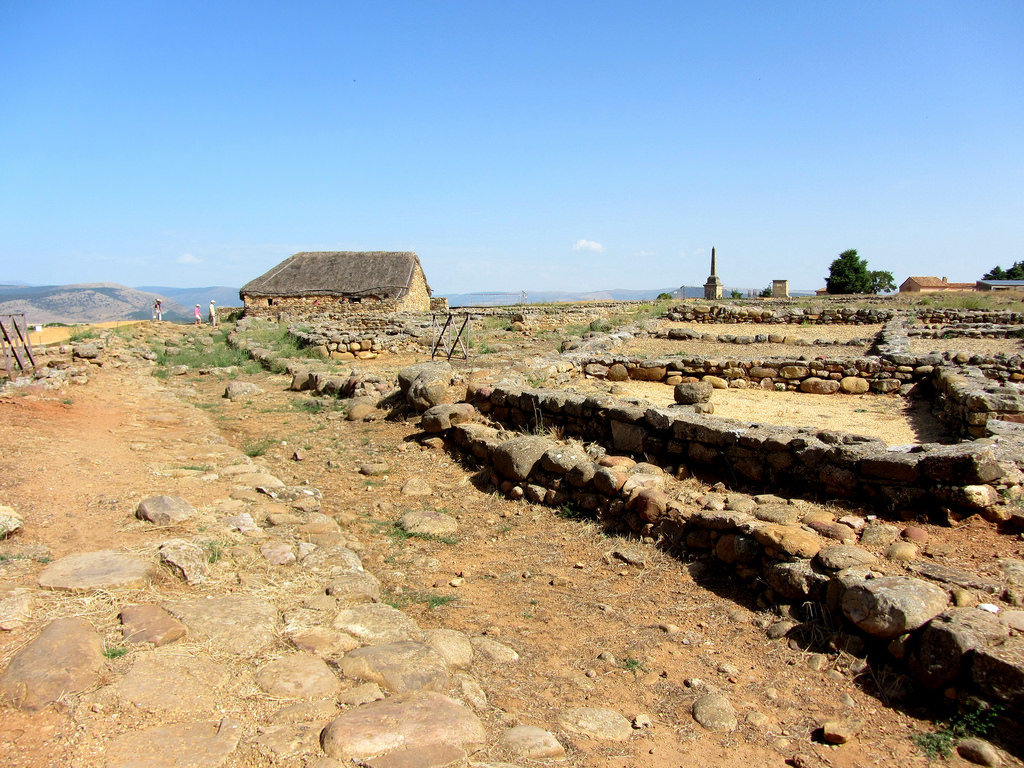 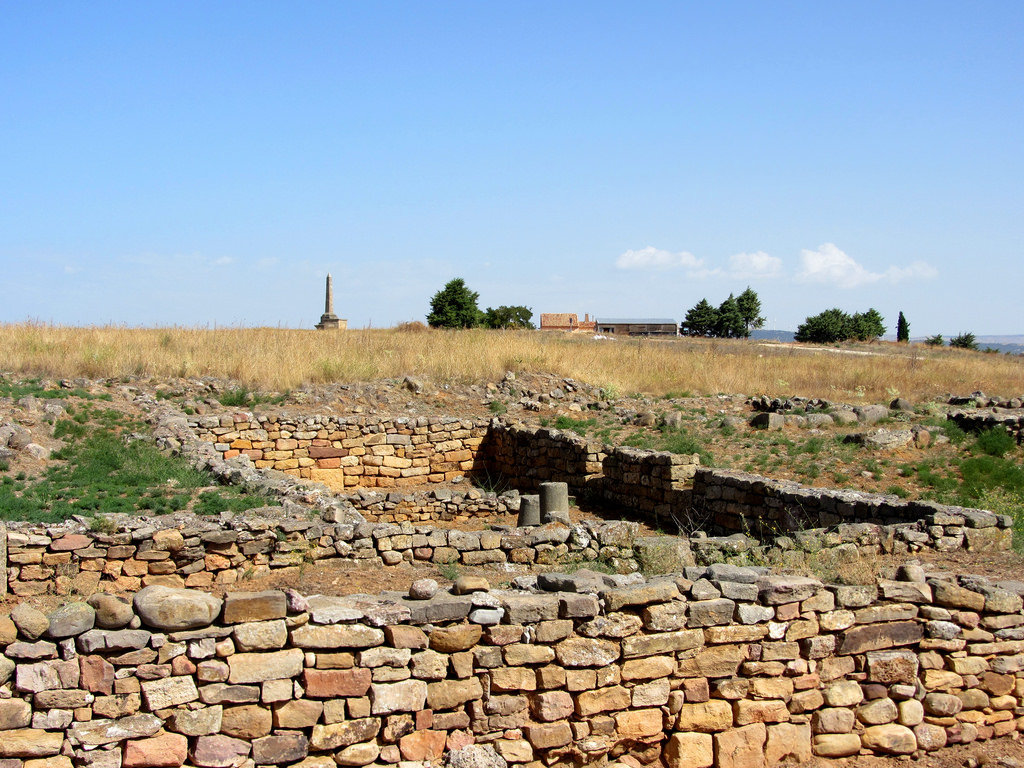 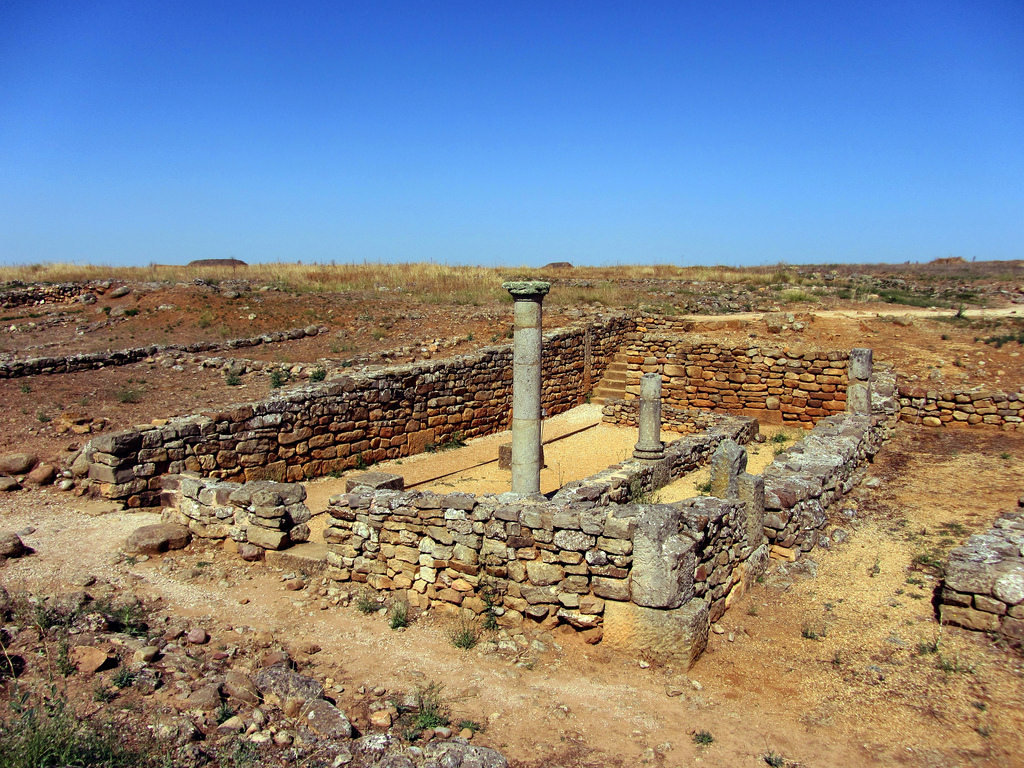 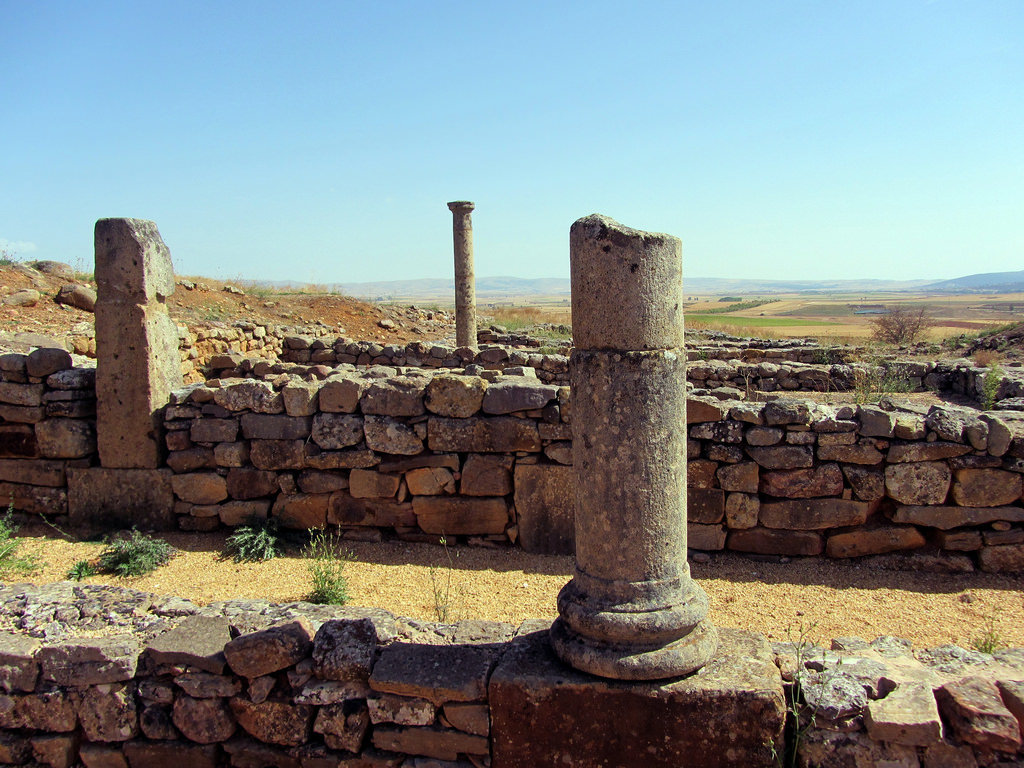 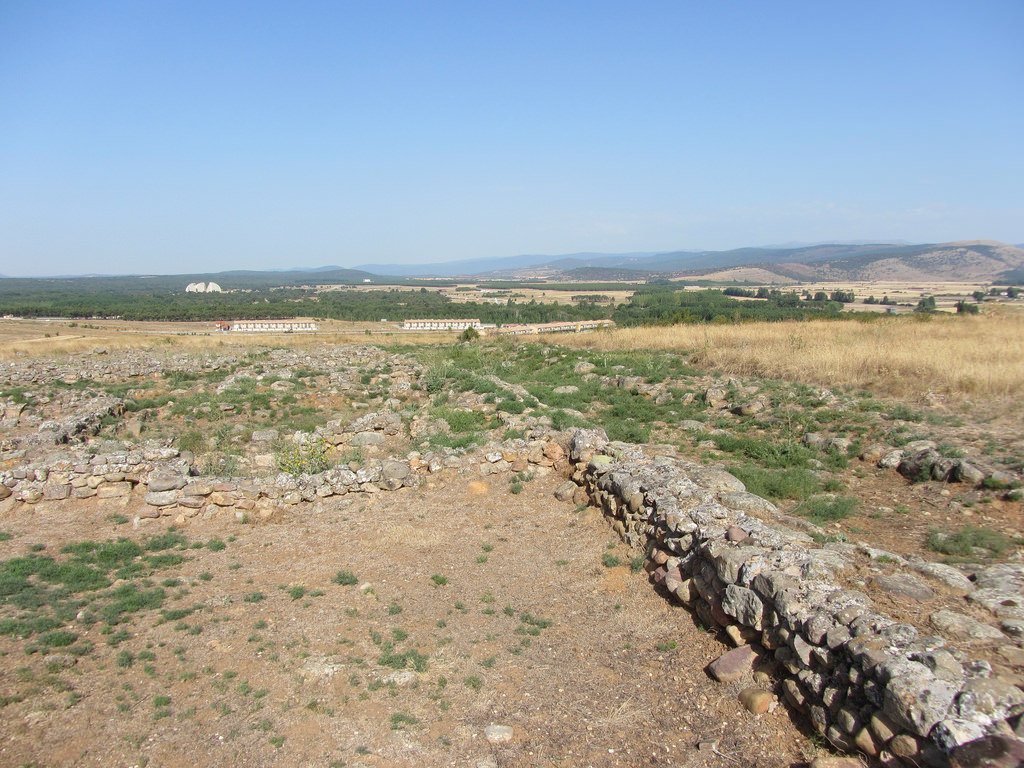 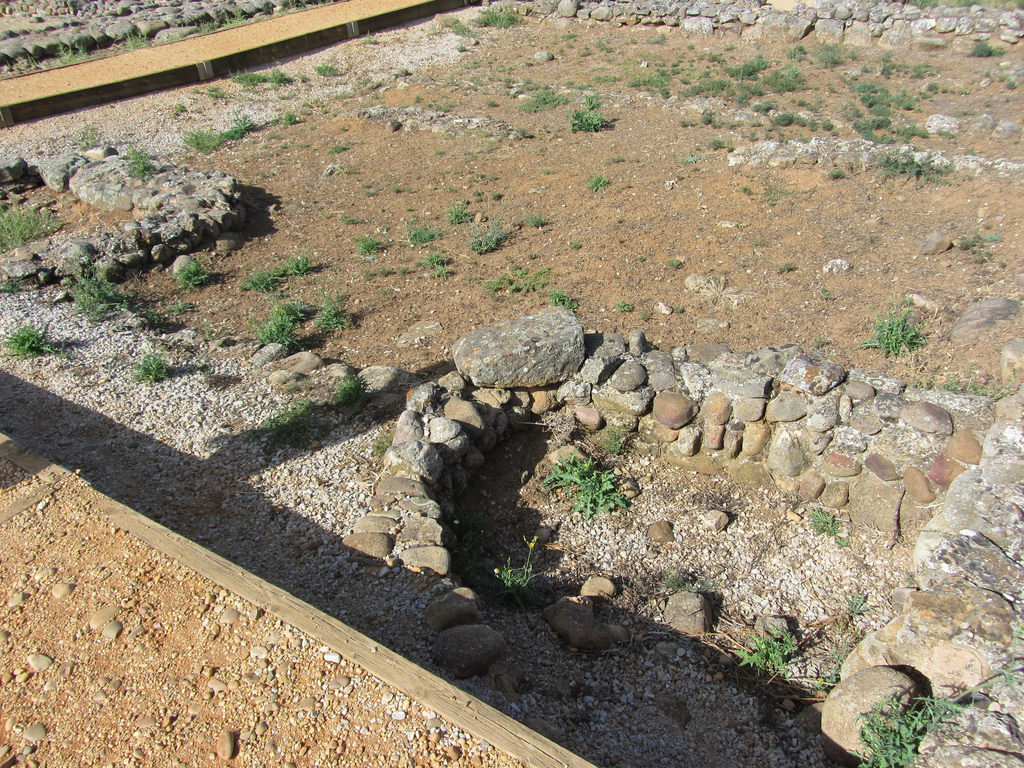 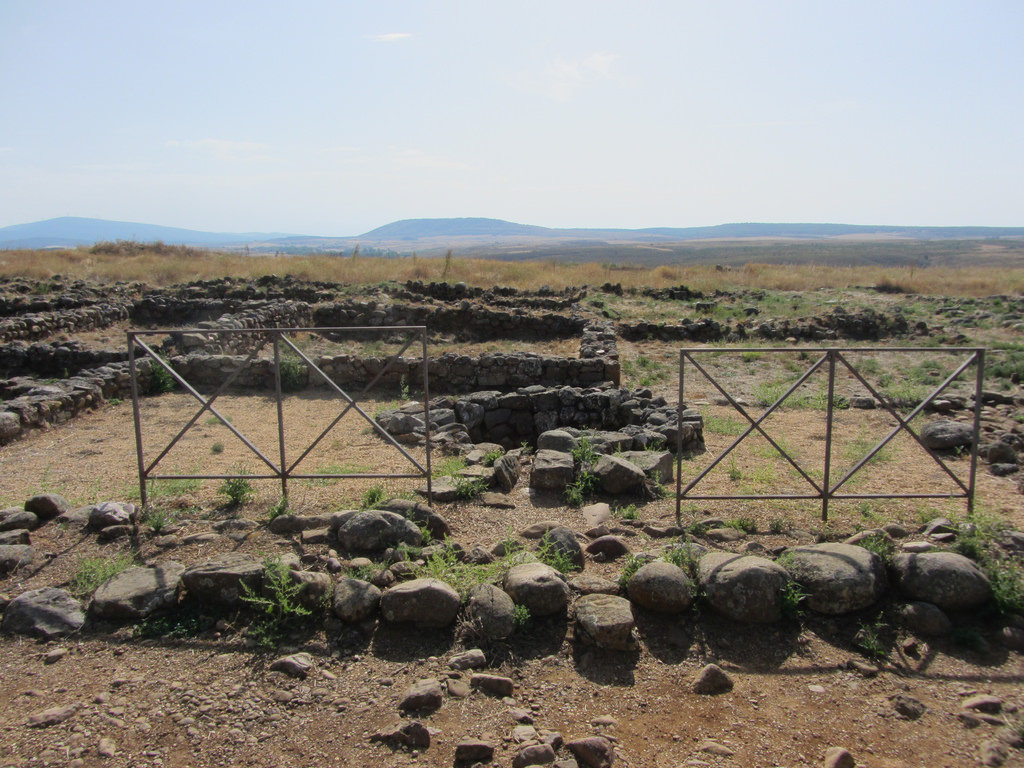 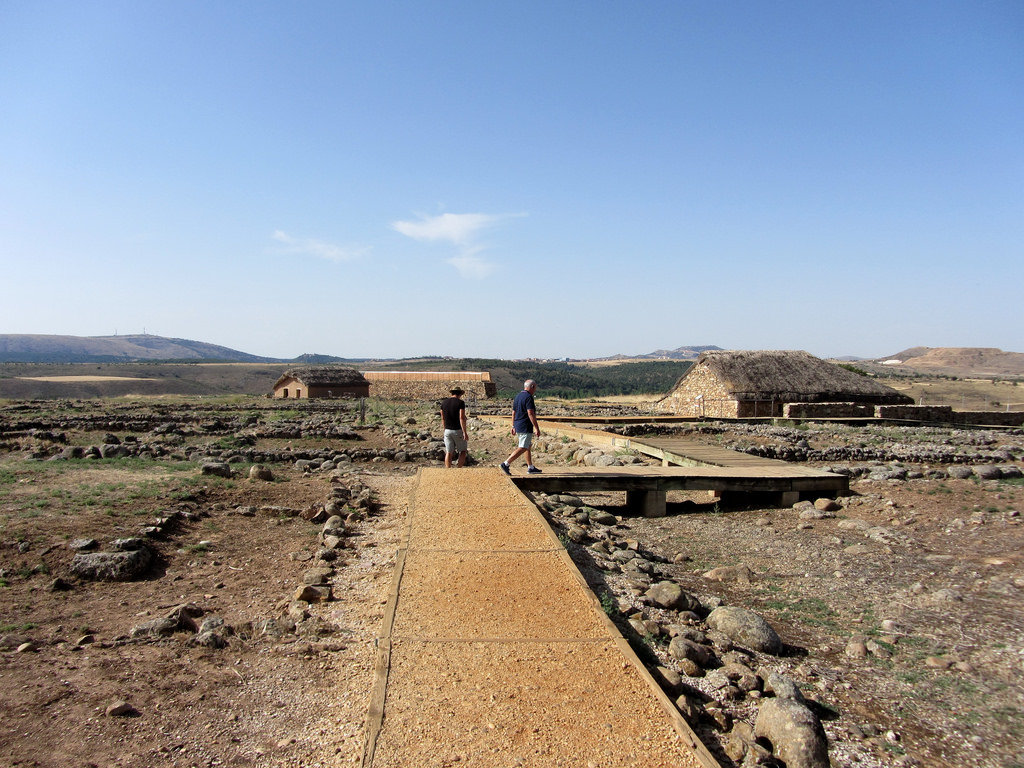 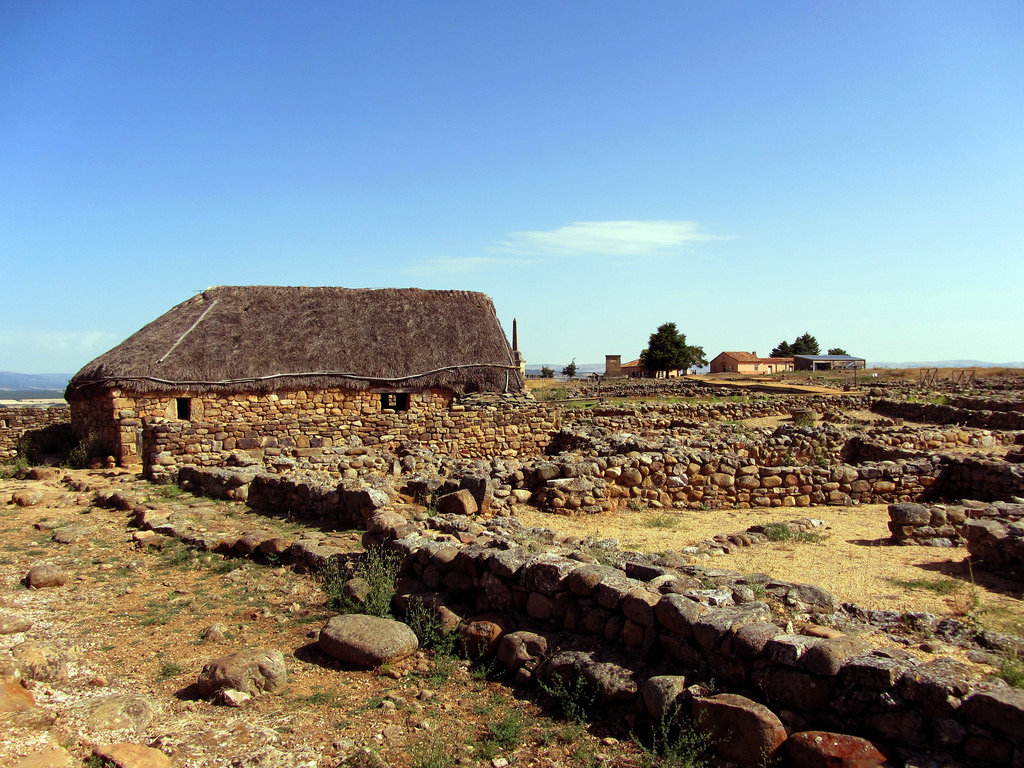 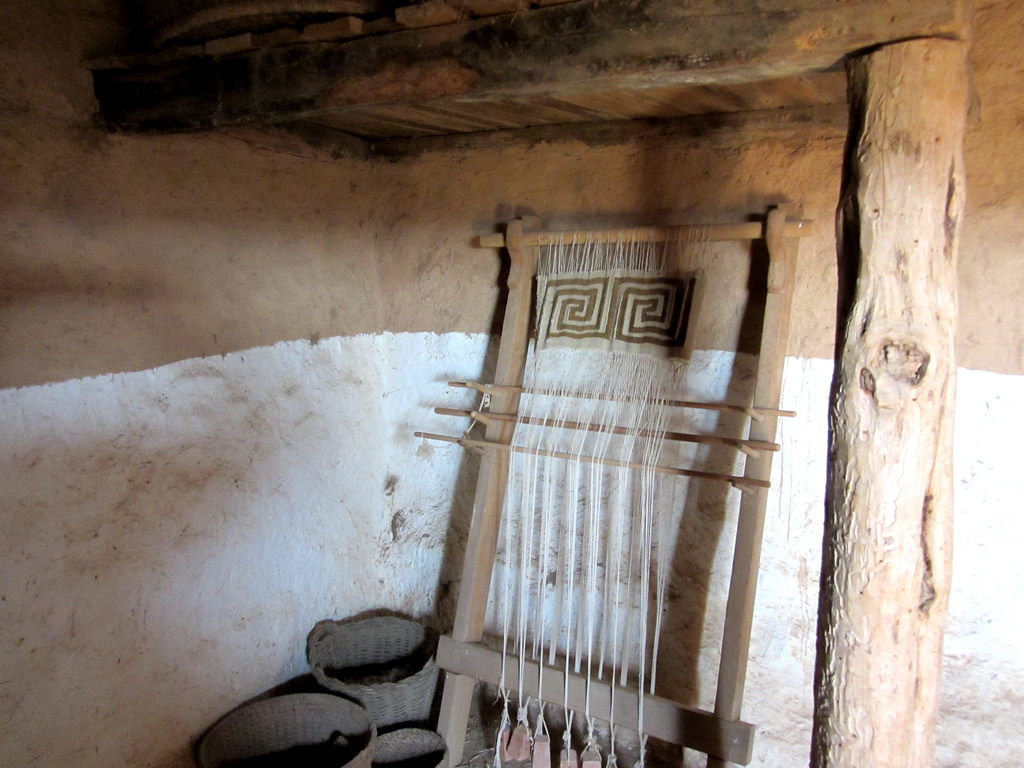 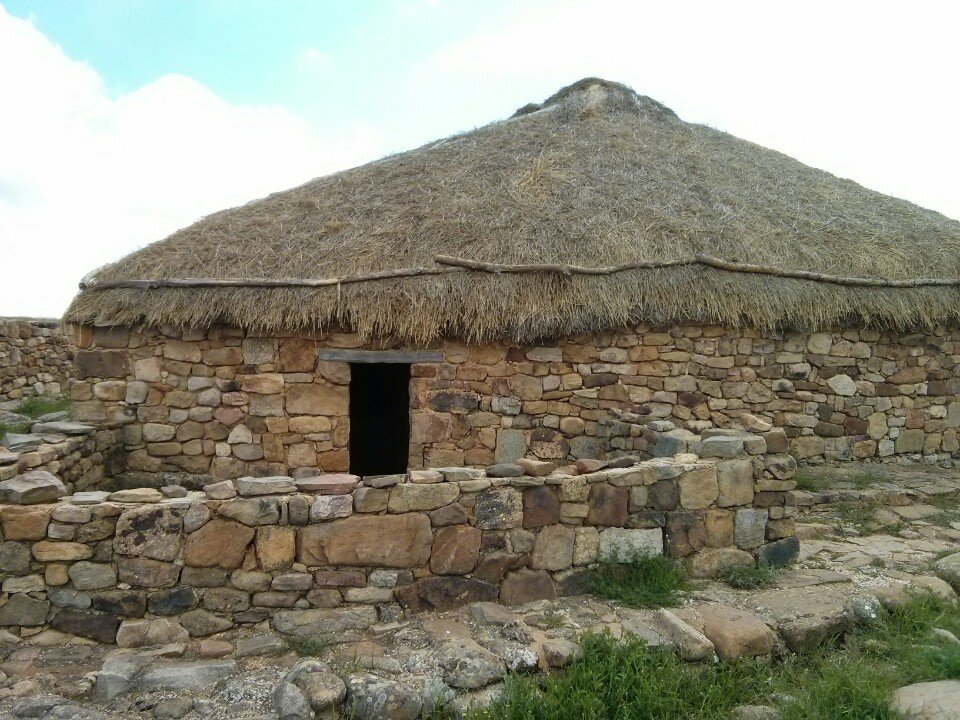