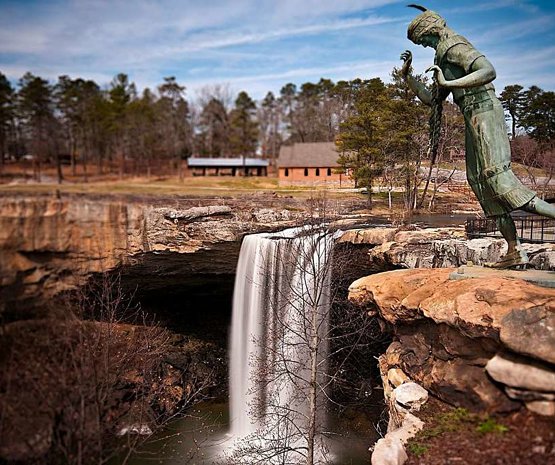 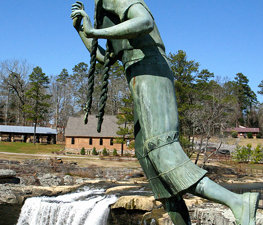 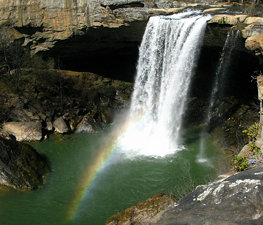 The falls are located on land once owned by R.A. Mitchell, who gave the site to the city of Gadsden, so that the area could be improved, and everyone could enjoy the majestic falls. Across the street from the falls you will find R.A. Mitchell Elementary School, named in his honor. The main feature of the park is a notable 90-foot (27-m) waterfall with a gorge trail winding through its basin and past caves, an aboriginal fort, an abandoned dam, pioneer homestead, and Civil War carvings. The park also features a petting zoo, mini-golf course, the Gilliland-Reese Covered Bridge (built 1899) and a replica 1863 C. P. Huntington train ride.

The Noccalula Falls Botanical Gardens is an extensive botanical garden displaying over 25,000 azaleas.

Noccalula Falls, which drops into the Black Creek ravine, is marked with a bronze statue of Cherokee princess Noccalula who, according to local legends, plunged to her death after being ordered by her father to marry a man she didn't love. The bronze statue of Noccalula was, at the time of its creation, the first statue of a person jumping off a cliff. The bronze used in the statue was made from pennies collected from local school children in the mid-1960s.

Adam Aldrich
Make sure to hike under the falls. You enter near the petting farm. It's a good hike so and we saw a few snakes but worth it.

Stacia Allen
Has a train ride, lots of animals, some to pet, the falls are nice, and has a great playground. There is a cute little chapel to get married in too.

Megan Wilson
Be sure and take the time one day to hike -under- the waterfall, it's amazing!

Steven Goodowens
Nature, camping, hiking and has a beautiful waterfall.

Michael W
Take a walk down the creek and get away from most of the people that never step away from the overlook
Load more comments
foursquare.com
8.9/10
68,026 people have been here
I've been here
Add to wishlist

The Southern Museum of Flight is a civilian aviation museum

Add to wishlist
I've been here
Visited
Burritt on the Mountain

Burritt on the Mountain is an open-air museum in Huntsville, Alabama.

Sloss Furnaces is a National Historic Landmark in Birmingham, Alabama 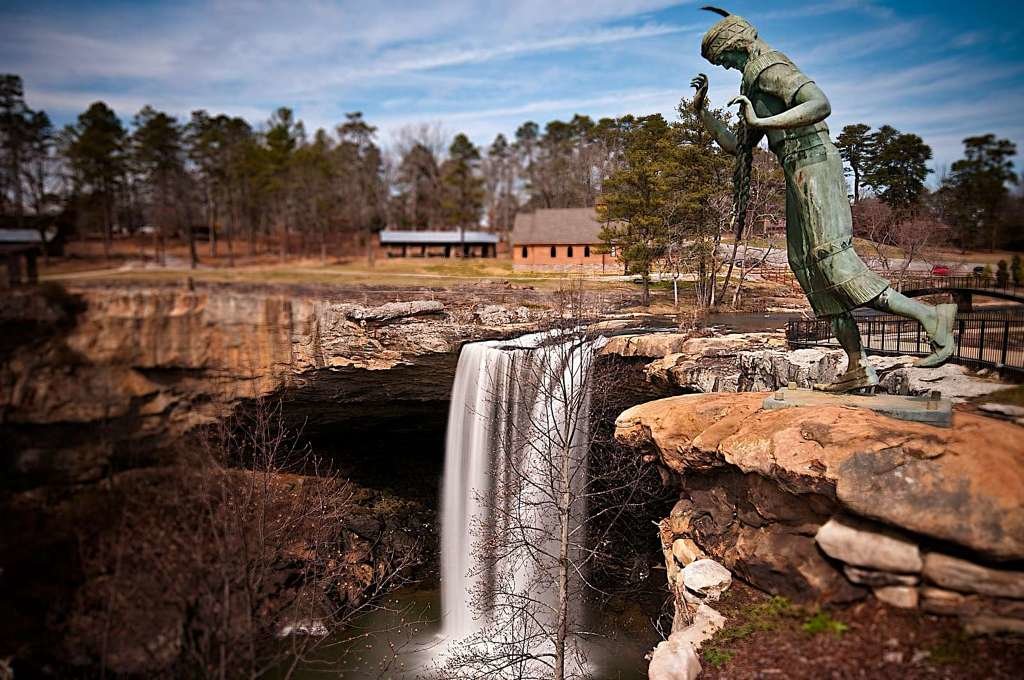 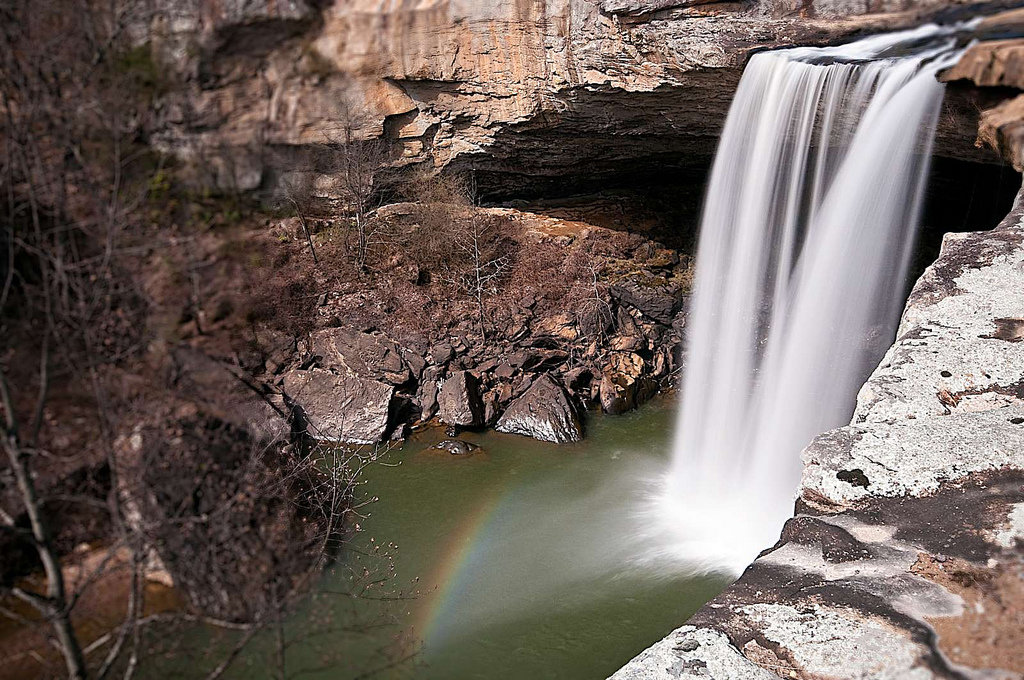 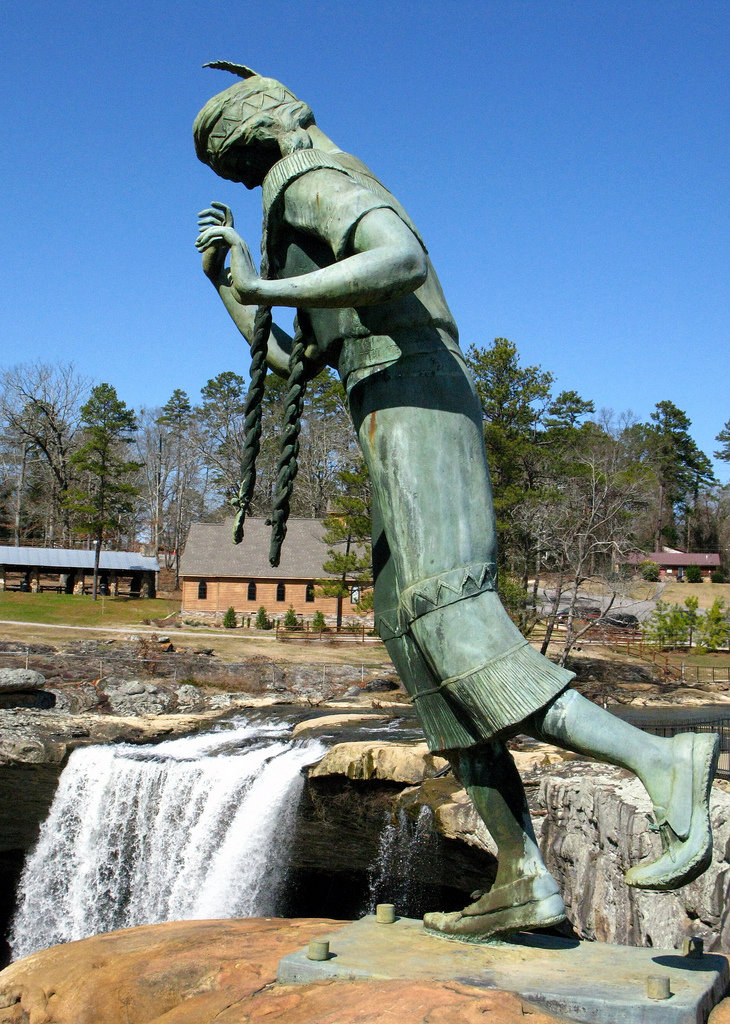 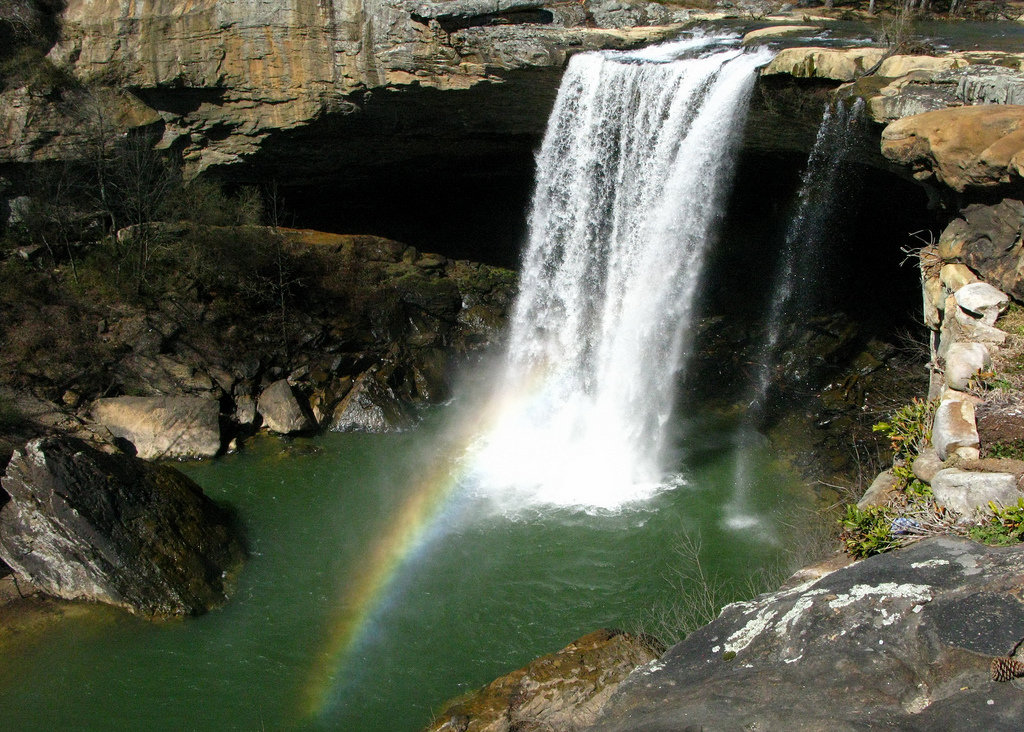