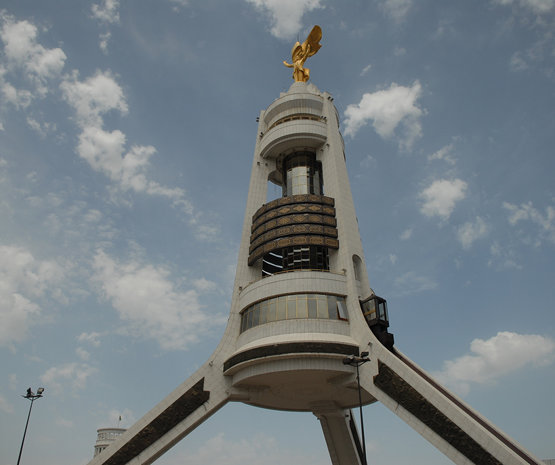 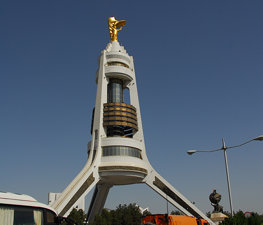 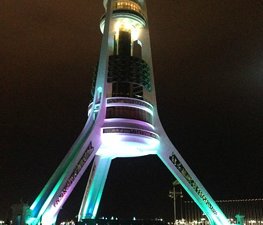 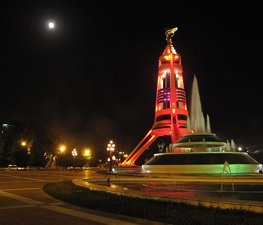 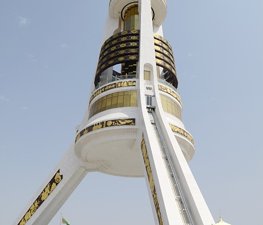 The arch is 75 metres (246 ft) tall and was built in 1998 on the orders of Turkmenistan's President Saparmurat Niyazov to commemorate the country's official position of neutrality. It cost $12 million to construct. The three-legged arch is topped by a 12 metres (39 ft) tall gold-plated statue of Niyazov which rotates to always face the sun. The arch is located in central Ashgabat where it dominates the skyline, being taller than the nearby Presidential Palace. The statue is lit at night. The arch features a panoramic viewing platform which has become a popular visitors attraction. The landmark is known locally as "The Tripod".

On 18 January 2010 Niyazov's successor as president, Gurbanguly Berdimuhamedow, signed a decree to begin work on dismantling and moving the arch. There were reports that the arch would be dismantled as early as 2008 but the president hasn't approved the move until now. The dismantling was officially said to be a move to improve urban design in Ashgabat but is seen as part of Berdimuhamedow's campaign to remove traces of the personality cult that Niyazov had created in his two decades at the head of one of the world's most authoritarian regimes. Niyazov also named cities and airports after himself, ordered the building of an ice palace and a 40 metres (130 ft) tall pyramid but the gold-plated statue has been described as the most notorious symbol of his legacy.

Berdimuhamedow has said that he will replace the arch with a 95 metres (312 ft) tall monument to neutrality which will be located in the suburbs. The president has appointed Turkish construction firm Polimeks to carry out the demolition of the arch and the construction of the new monument. The demolition will begin in March 2010 and the new monument will be constructed by 2011.

Tips & Hints
Arrange By:
Popular first New first
There are no tips nor hints for Neutrality Arch yet. Maybe be you will be the first one to post useful information for fellow travellers? :)
2.1/10
13 people have been here
I've been here
Add to wishlist 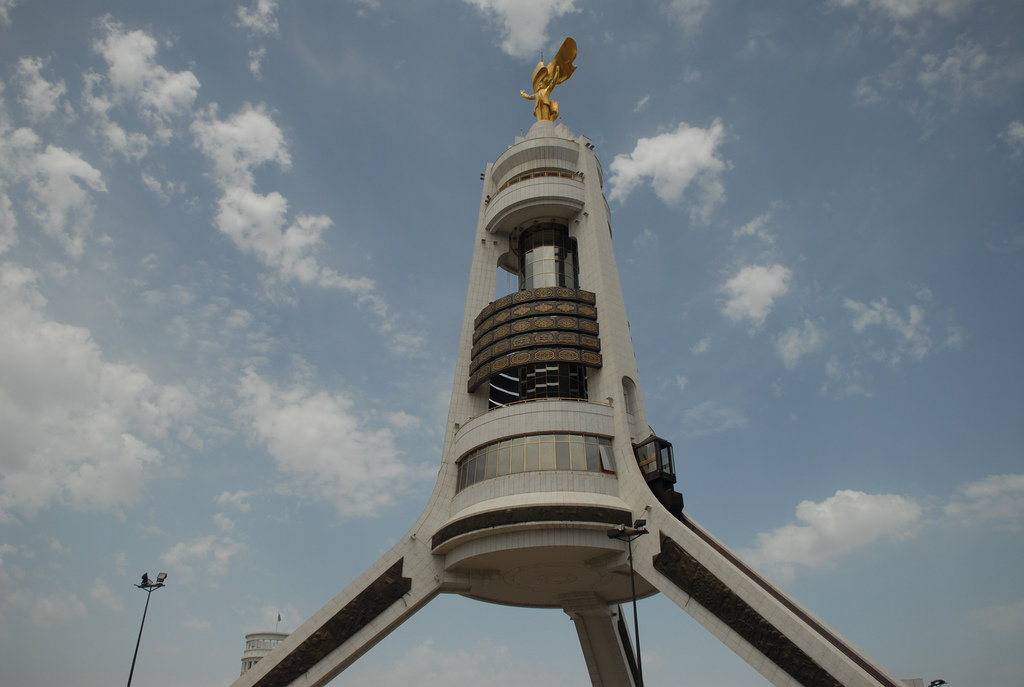 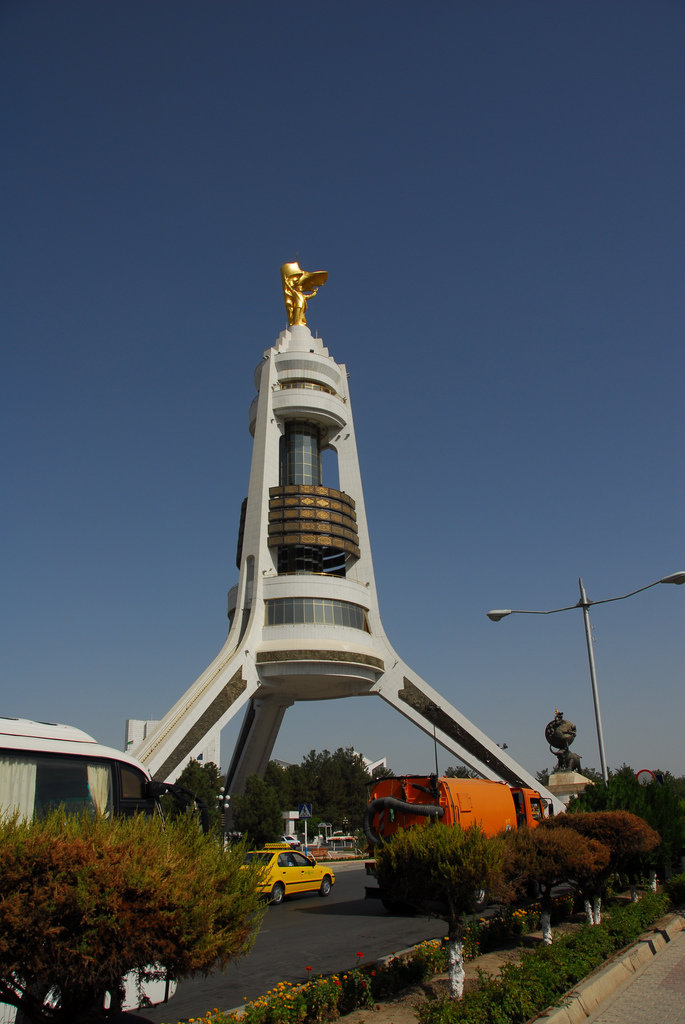 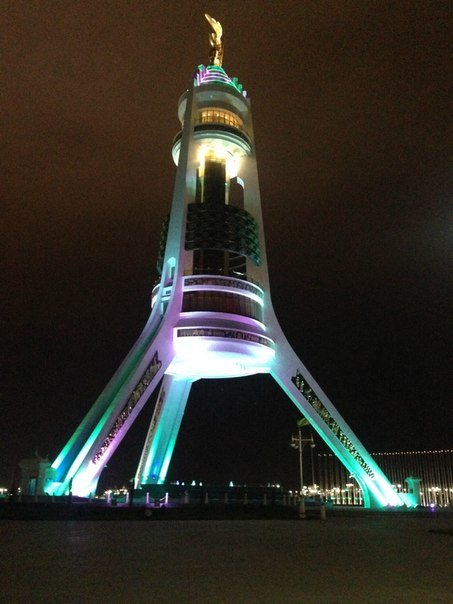 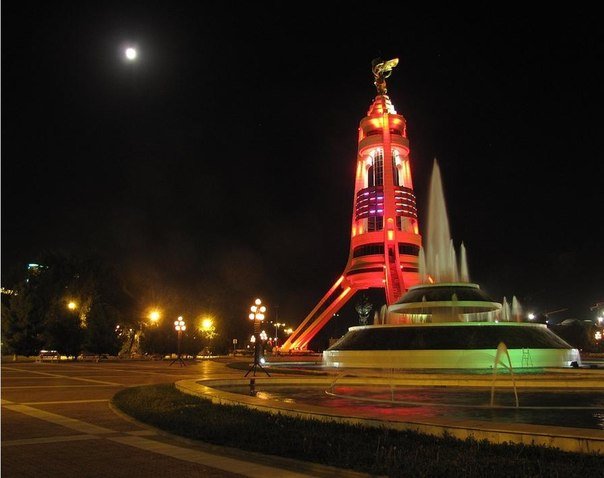 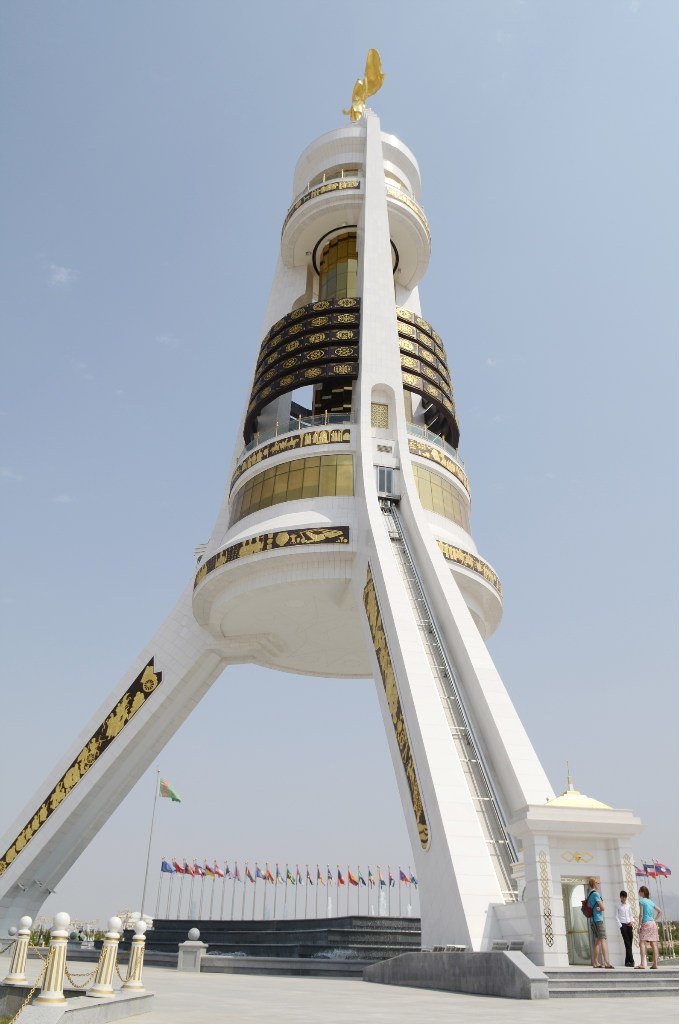 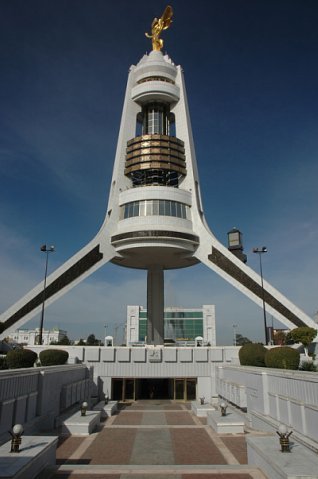