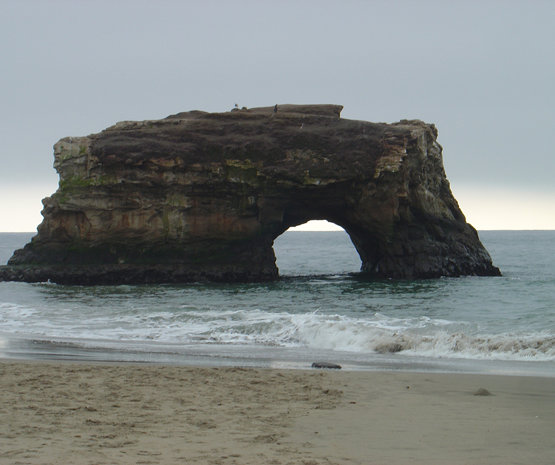 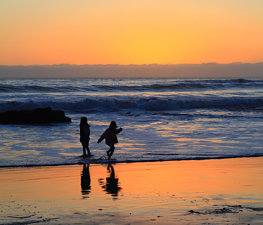 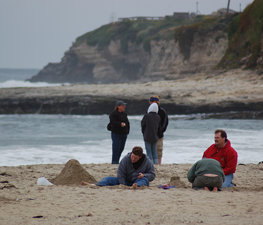 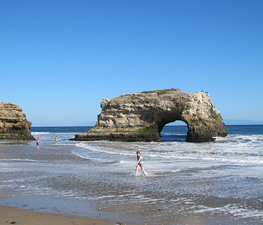 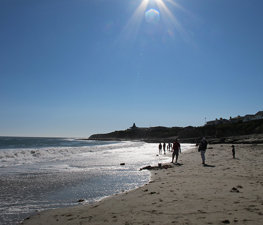 Natural Bridges State Beach is a Шаблон:Convert California state park in Santa Cruz, California in the United States. The park features a natural bridge across a section of the beach. It is also well known as a hotspot to see monarch butterfly migrations. The Monarch Butterfly Natural Preserve is home to up to 150,000 monarch butterflies from October through early February.

The first inhabitants in the Santa Cruz area were small groups of Native Americans. The Ohlone were a semi-nomadic tribe that hunted game and marine mammals and supplemented their diets with shellfish, fish, edible roots and shoots, acorns, nuts, and seeds. The Ohlone raised medicinal plants and herbs. They made tools from locally found stones and shells. Their crafts included shellfish jewelry and baskets.

The displacement of the natives began with the Spanish colonization of the Americas when missionaries and soldiers brought the Ohlone into the missions. The population of Native Americans was greatly reduced by European diseases to which they had no resistance. Governance of the area was transferred from Spain to Mexico after the Mexican War of Independence. The citizens of Mexico used what is now Natural Bridges State Beach as pasture land for their cattle. California became part of the United States after the Mexican-American War.

The area in and around the park later supported a dairy farm, a brussels sprouts farm, hotel, housing for mill workers, a South Seas movie set and a failed housing development. The land was purchased by the State of California in 1933 and construction of the state beach facilities began in 1954. The land surrounding the park was largely wild and undeveloped until the 1970s. The park is now surrounded by beach development and commercial properties.

Natural Bridges State Beach is named for the naturally occurring mudstone bridges that were carved by the Pacific Ocean into cliff that jutted out into the sea. The arches formed over a million years ago when a combination of silt, clay and diatoms were solidified into a mixture of stone that formed the three original arches of the beach. Wave erosion carved the arches and then cut away the cliffs leaving only islands. Of the three original arches only the middle one remains. The outermost arch fell during the early 20th century and the inner arch collapsed during a storm in 1980. The middle arch is in danger of collapsing as well due to erosion by wind and waves. Visitors were formerly permitted to climb up, walk and even drive on the bridges. Now the arch is closed to public access.

Natural Bridges State Beach is home to a eucalyptus grove that provided habitat for monarch butterflies. Up to 150,000 butterflies migrate up to Шаблон:Convert to the park to escape the cold weather of winter in the northwestern United States and Canada. The city of Santa Cruz holds an annual festival to mark the return of the butterflies. Monarchs settle in groves along the coasts of California and Baja California. At Natural Bridges State Beach they find shelter from the wind and sources of water and food. The butterflies cluster onto the trees, "intertwining their legs among the branches to resemble a clump of leaves." The butterflies protect each other from cold winter winds and rains by clustering together. Beginning in the late 1990s the population of butterflies at the park began to decline. Biologist attribute the decline to a lack of habitat caused by fallen pine and eucalyptus trees. The decline at Natural Bridges State Beach has meant an increase in butterfly numbers at nearby Lighthouse Field State Beach.

Tide pools at the beach provide a glimpse into marine life habitat for visitors to the park. Receding tides reveal populations of urchins, sea stars, hermit crabs, and kelp. Marine mammals and birds such as shore birds, whales, seals and sea otters can be seen from the beach.

The Шаблон:Convert of the park have a variety of habitats. Saltwater and freshwater marshes are found on Moore Creek. Coastal Scrub surrounds the margins and undeveloped interior areas of the park. Sand dunes and a fresh water pond are also found at the park.

Natural Bridges State Beach is open to year-round recreation including swimming, surfing, hiking, nature walks and picnics. The beach is small and sheltered. The afternoon winds attract kite flying and wind surfing. The beach is open to surfing and is busiest during the winter when large swells wash up onto the shores of Natural Bridges State Beach. Hiking trails pass through the Moore CreekШаблон:Dn estuary and the Monarch Butterfly Nature Preserve. Guided tours of the butterfly preserve take place on weekends during the fall and winter. Tours of the tidal pools take place year-round as do nature walks.

Caroline Deng
A hidden gem along California's coastline. Stop by during sunset for scenic views of the last remaining "natural bridge" out of the original 3.

Penny Smith
The view is # 1 but the parking is large enough to maneuver easily. Nice beach & soft sand for maximum exercise!

Nico Pitney
"In low tide, hunt for sea stars, anemones. Watch for snowy egrets in the surf, pelicans atop the arch. In winter a eucalyptus grove in the park is home to monarch butterflies." http://buff.ly/VL0pCo

AFAR Media
Natural Bridges State Beach is a great place to unwind near the bohemian surfer town of Santa Cruz.

Sarah R
Come in fall and winter between oct and jan to see the butterflies. Come during low tide, too, for more exploring.
Load more comments
foursquare.com
9.0/10
Farallon, Iryna Trush and 69,704 more people have been here
I've been here
Add to wishlist

The Santa Cruz Beach Boardwalk is an oceanfront amusement park in

The Mystery Spot is a tourist attraction located near Santa Cruz,

Big Basin Redwoods State Park is a state park in the U.S. state of

Hakone Gardens is a traditional Japanese garden in Saratoga,

Sempervirens Point is a tourist attraction, one of the Scenic

As Catedrais beach' translates as 'Beach of the Cathedrals'. It is the

Lulworth Cove is a cove near the village of West Lulworth, on the 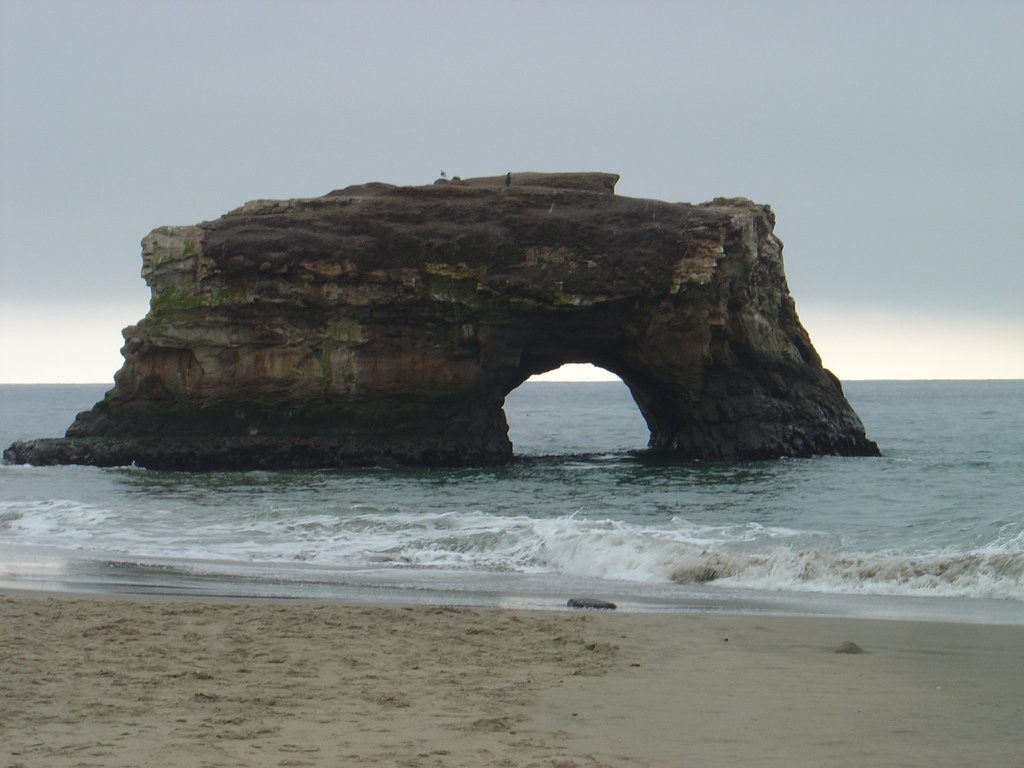 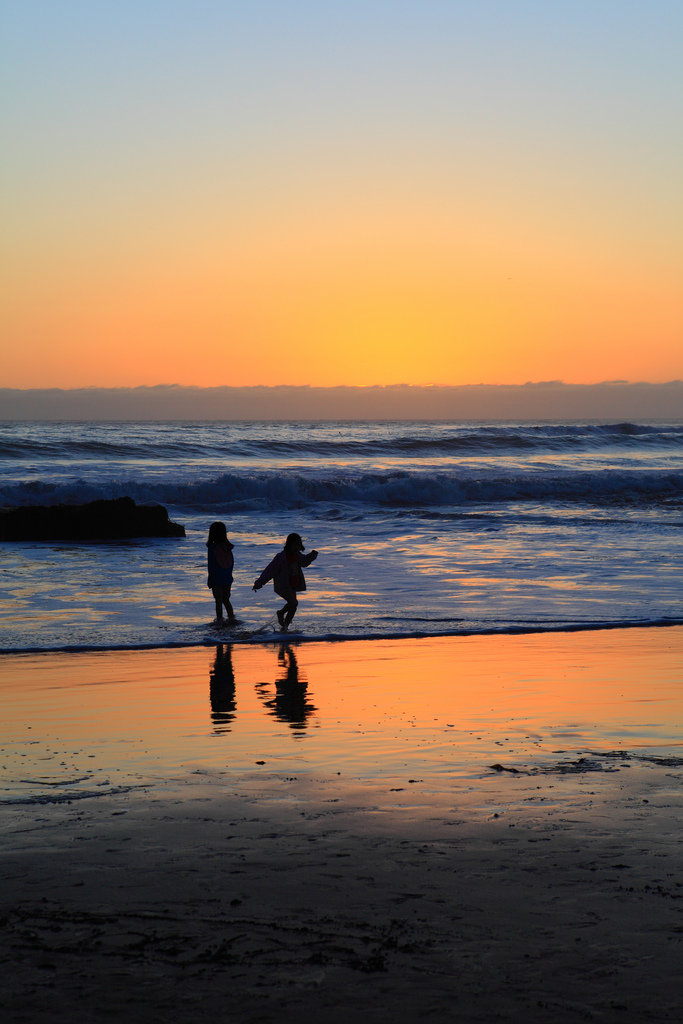 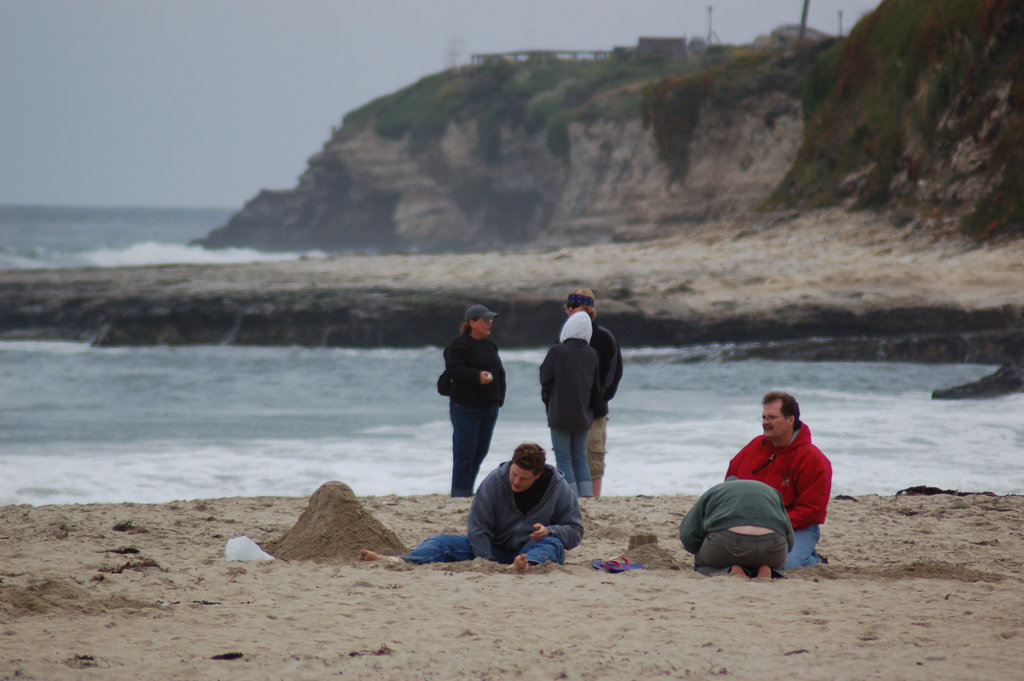 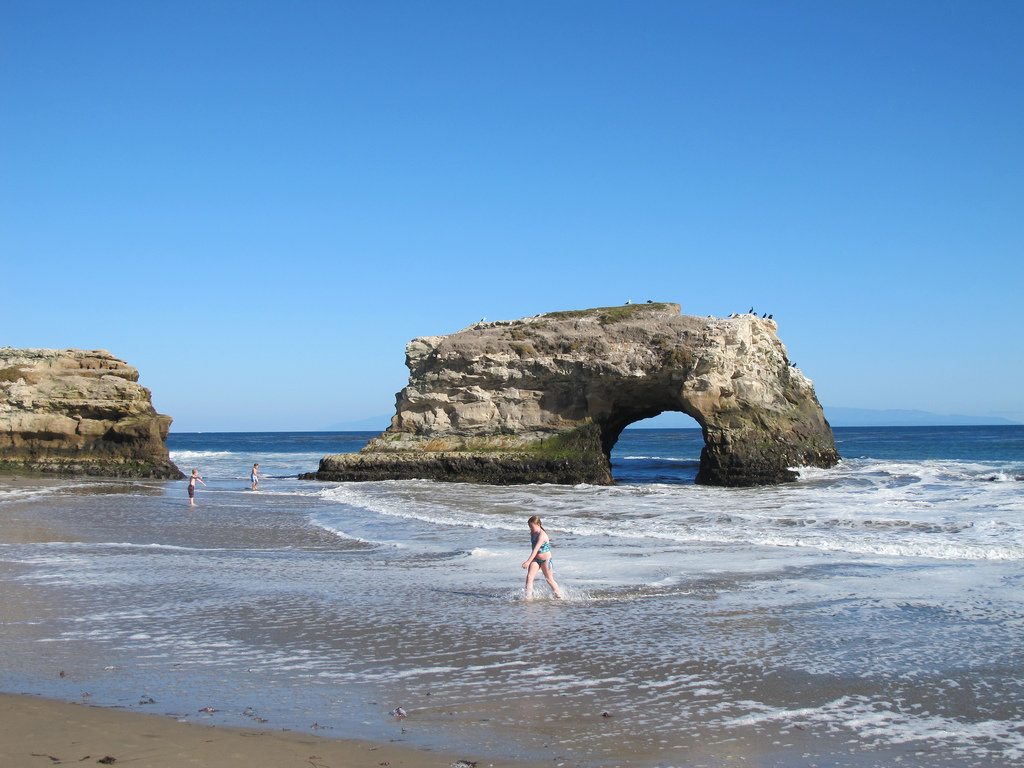 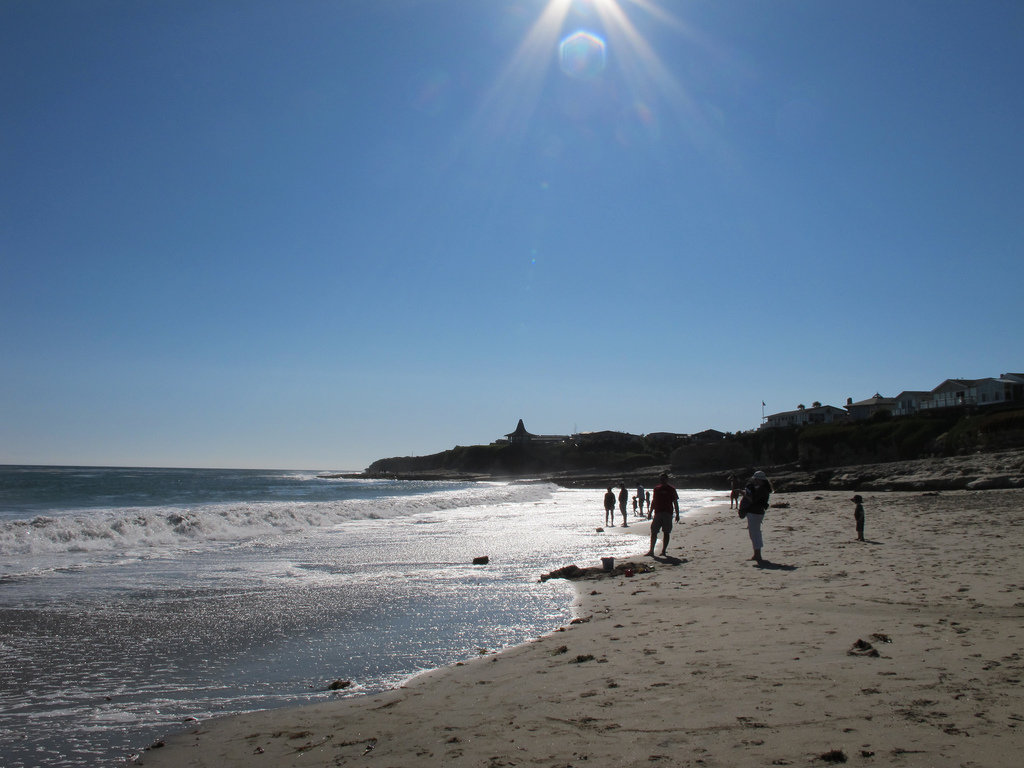 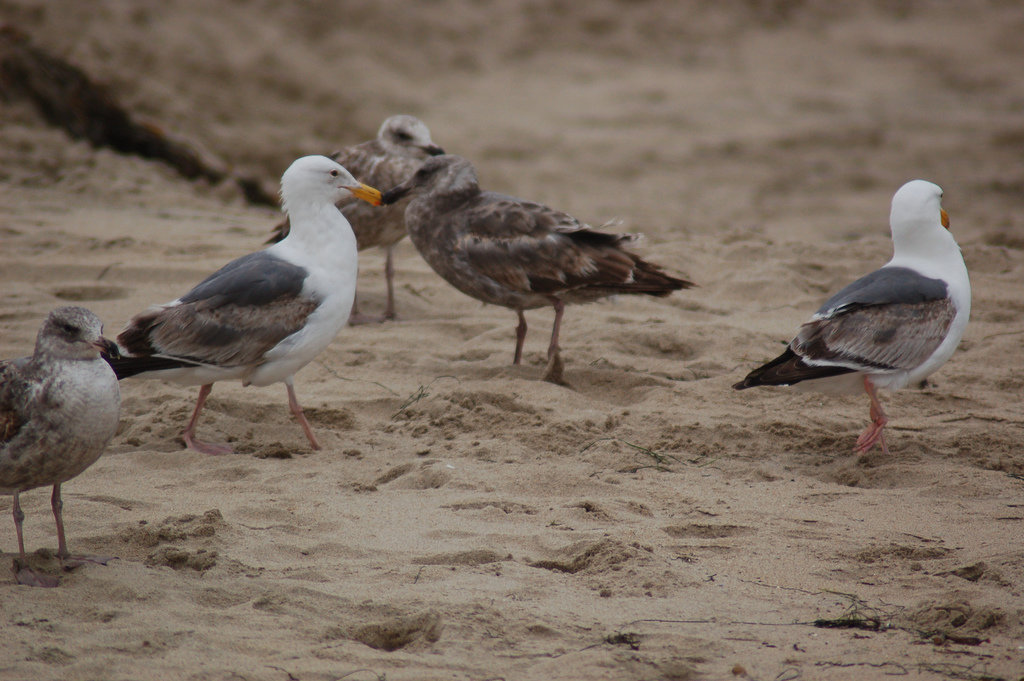 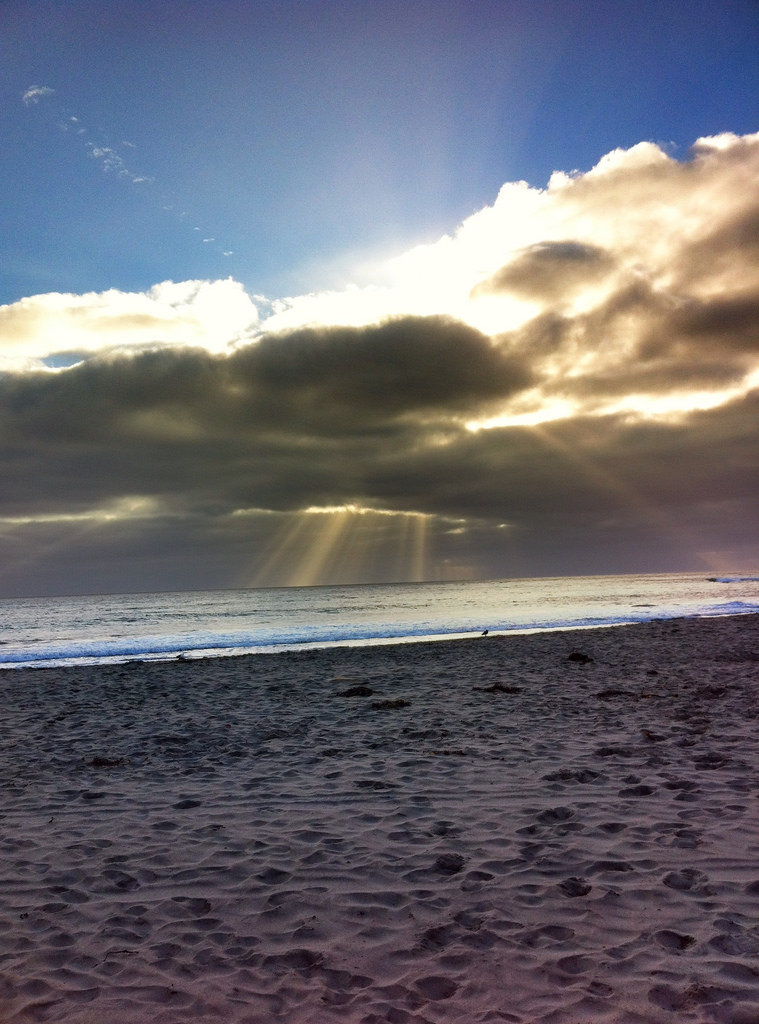