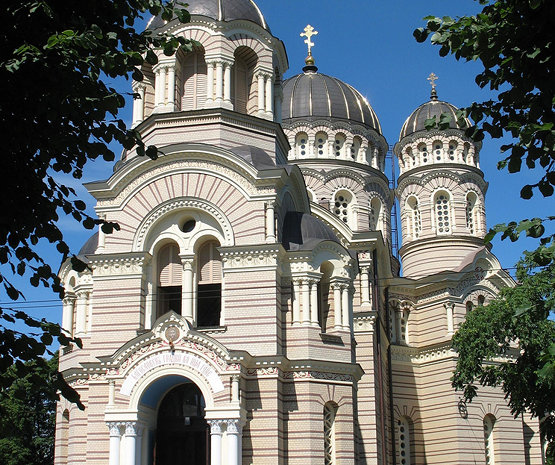 The Nativity of Christ Cathedral (Latvian: Kristus Piedzimšanas pareizticīgo katedrāle) , Riga, Latvia was built to a design by Nikolai Chagin in a Neo-Byzantine style between 1876 and 1883, during the period when the country was part of the Russian Empire. It is the largest Orthodox cathedral in the Baltic provinces built with the blessing of the Russian Tsar Alexander II on the initiative of local governor-general Pyotr Bagration and bishop Veniamin Karelin. The Nativity of Christ Cathedral is renowned for its icons, some of which were painted by Vasili Vereshchagin. During the First World War German troops occupied Riga and turned its largest Russian Orthodox cathedral into a Lutheran church. In independent Latvia the Nativity of Christ Cathedral once again became an Orthodox cathedral in 1921, although the new government tried to force the change of the liturgy language into Latvian. Archbishop Jānis Pommers, a native Latvian, played a key part in the defence of the cathedral. In the early 1960s Soviet authorities closed down the cathedral and converted its building into a planetarium. The cathedral has been restored since Latvia regained independence from the Soviet Union in 1991.

Mieke B.
Beautiful building in and outside, free entrance and well worth taking the time to visit if you are not acquinted with the orthodox church. No shorts for men and women should cover legs + cover head.

LiveRiga
It is the largest Orthodox cathedral in the Baltic provinces built with the blessing of the Russian Tsar Alexander II.

Elena Barkova
Was erected in the 1860s. It was converted from a church to a planetarium, cinema and cafeteria during the Soviet time. Now it's renovated in fancy golden fashion and looks really nice and peacefull

The Freedom Monument (latvian: Brīvības piemineklis) is a memorial l

The Laima Clock (Latvian: Laimas pulkstenis) is a landmark in central

The Powder Tower (Latvian: Pulvertornis) is situated in Riga, Latvia,

The Swedish Gate (Latvian: Zviedru vārti) is situated in Riga,

Vecrīga (Old Riga) is the historical center of Riga, located on the

Holy Cross Cathedral is a Ruthenian Catholic cathedral in Uzhhorod, 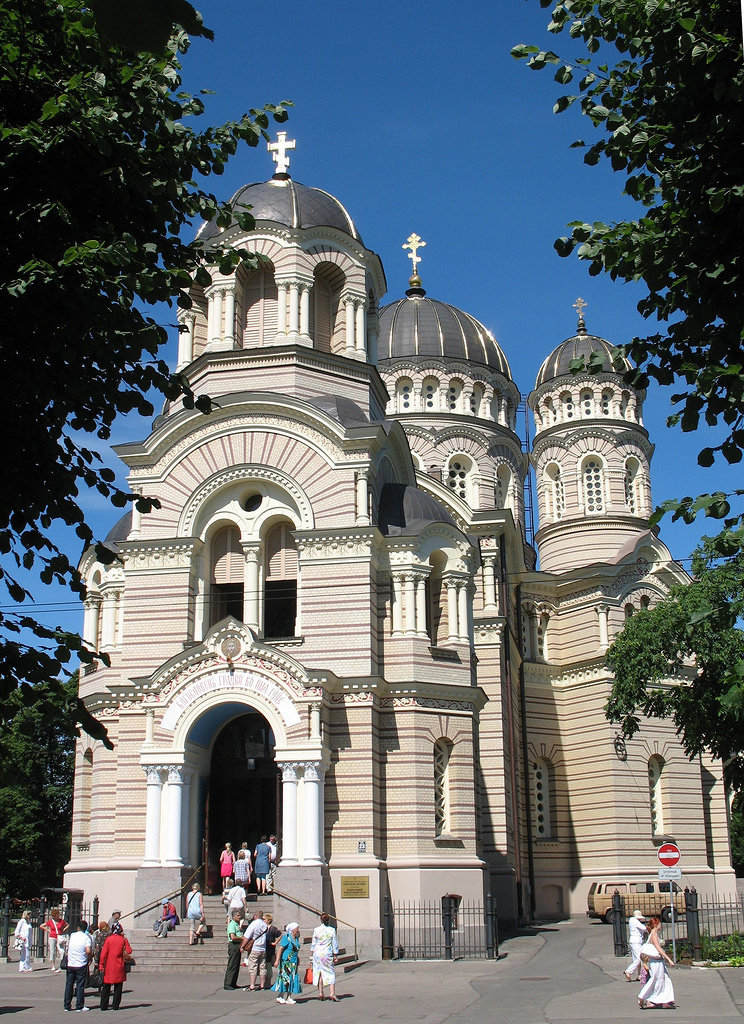