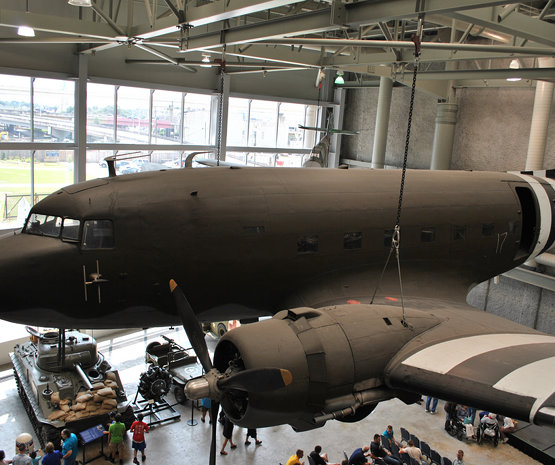 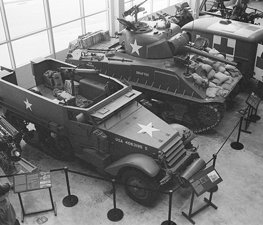 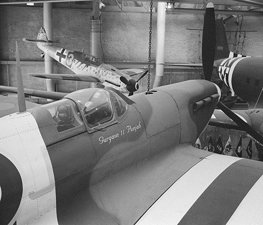 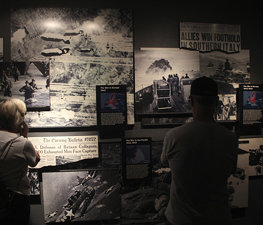 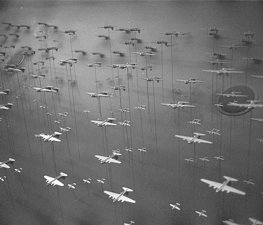 The National World War II Museum, formerly known as the National D-Day Museum, is a museum located in the Central Business District of New Orleans, Louisiana, at the corner of Andrew Higgins Boulevard and Magazine Street. It focuses on the contribution made by the United States to victory by the Allies in World War II, and the Battle of Normandy in particular. It was designated by the U.S. Congress as "America's National World War II Museum" in 2003, and the museum maintains an affiliation with the Smithsonian Institution. The mission statement of the museum emphasizes the American experience in World War II.

The museum opened on June 6, 2000, the 56th anniversary of D-Day. The museum has a large atrium where aircraft including a Supermarine Spitfire, Messerschmitt Bf 109, Douglas SBD Dauntless dive bomber, and Douglas C-47 Skytrain are suspended from the ceiling. The building is several stories high and consists of two multi-level sections which are connected only by the main floor atrium. The museum does not solely discuss the invasion of Normandy, but also represents the Allied strategy of island hopping, culminating with nuclear attacks on Hiroshima and Nagasaki in August 1945.

The museum has several permanent galleries, including the Home Front, Planning for D-Day, The D-Day Beaches, and Pacific D-Days galleries. The third floor of the Louisiana Memorial Pavilion includes an observation deck for viewing the hanging aircraft. The second floor has reserved space for visiting exhibits and for special exhibits that change every few months. In January 2013, the museum opened its newest exhibit, The US Freedom Pavilion: The Boeing Center, which is the largest building on the museum campus. The collection in the US Freedom Pavilion includes a B-17E Flying Fortress bomber, a B-25J Mitchell bomber, a SBD-3 Dauntless, aTBF Avenger, a P-51D Mustang, Corsair F4U-4 and an interactive submarine experience based on the final mission of the USS Tang. The B-17E is the airplane dubbed My Gal Sal, famous for having been lost in a mission over Greenland and recovered 53 years later. The The US Freedom Pavilion was paid for with a $15 million donation from the Boeing Company and with a $20 million grant from the US Department of Defense with Congressional approval. Two other pavilions are under construction or planning as of 2013.

Visitors to the museum are encouraged to allocate roughly 2½ to 3 hours to tour the museum. An award-winning 4-D film, Beyond All Boundaries, gives the visitor an overview of the war on every front. A variety of other multimedia displays are part of the museum's exhibits, notably dozens of video oral histories conducted with veterans by museum staff. The museum currently includes two restaurants, the American Sector and the Soda Shop, both operated by noted chef John Besh. The museum sponsors a wargaming club and holds a wargame convention each year called "Heat of Battle".

Some may wonder why The National World War II Museum is located in New Orleans, a city known for other tourism sites but which is not usually associated with 20th-century military history. The museum opened as the D-Day Museum, focusing initially on the amphibious invasion of Normandy, then opening a second gallery exploring the amphibious invasions of the Pacific War. As the Higgins Boats vital to D-Day operations were designed, built, and tested in New Orleans by Higgins Industries, the city was the natural home for such a project. Furthermore, New Orleans was the home of historian Stephen Ambrose, who spearheaded the effort to build the museum.

The Museum closed for three months after Hurricane Katrina ravaged New Orleans in 2005, re-opening on December 3 of that year. A museum banner promoted this re-opening by proclaiming "We Have Returned," a phrase made famous by General Douglas MacArthur regarding his eventual return to the Philippines in 1944.

As of 2012, the Museum is in the midst of a $300 million capital expansion campaign called The Road to Victory: A Vision for Future Generations. The expansion has resulted in significant increases in attendance. The Solomon Victory Theater, Stage Door Canteen, and American Sector restaurant opened in November 2009. The John E. Kushner Restoration Pavilion opened in June 2011. The final two projects in the expansion will be the Campaigns of Courage Pavilion, and the Liberation Pavilion. The museum hopes to complete its expansion by 2015.

Larry Michehl
This is an unexpectedly LARGE museum. Leave yourself plenty of time to explore and be certain to see the Tom Hanks narrated movie. It is WELL WORTH the extra charge. A MUST SEE in NOLA!

Kathleen Vargas
Very informative. Love that everyone got a card like a dog tag and you got to hear the stories from your selective World War Two veteran when you tab it in selective machines.

Rex Lightning
Life changing! I live in Washington DC and have been to the Smithsonian lots of times. That said, this museum met and exceeded my expectations. It's worth its own trip to New Orleans.

HISTORY
The museum opened its doors on June 6 2000, the 56th anniversary of D-Day. The museum is located here because this is where the "Higgins Boats", vital to D-Day operations were designed, built & tested

Libby Lee
go and watch the Beyond all Boundaries narrated by Tom Hanks, you won't be disappointed! This place has expanded a lot since I was here last (back then it was called the D-Day museum)

Steve LeVine
This museum is absolutely a must-see! It is an awesome multimedia sensory experience that presents the war really well without glorifying or sensationalizing it.
Load more comments
foursquare.com
8.8/10
Sergey Morozik, Vale and 396,393 more people have been here
I've been here
Add to wishlist

The National WWII Museum on Foursquare

The Audubon Aquarium of the Americas is an aquarium in New Orleans,

Longue Vue House and Gardens, also known as Longue Vue, is a historic

The Audubon Zoo is a zoo located in New Orleans, Louisiana. It is part 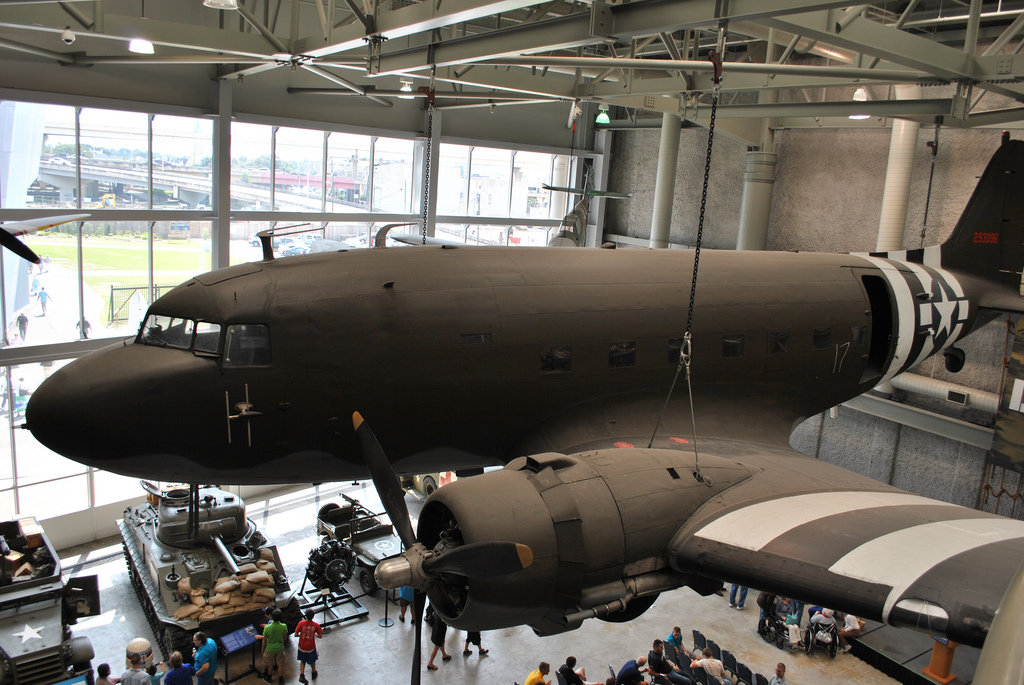 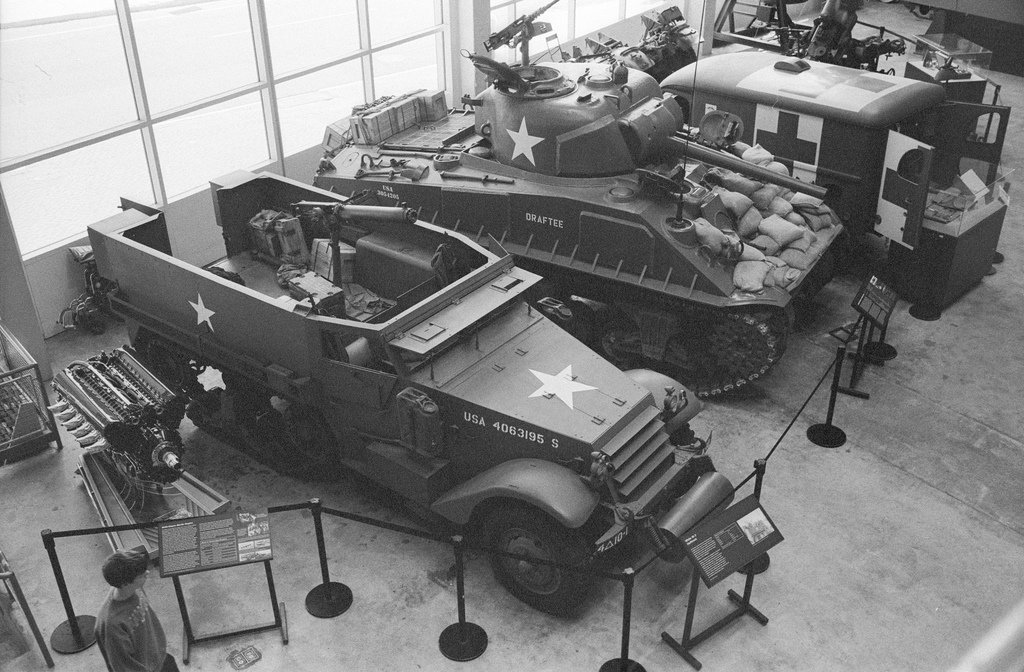 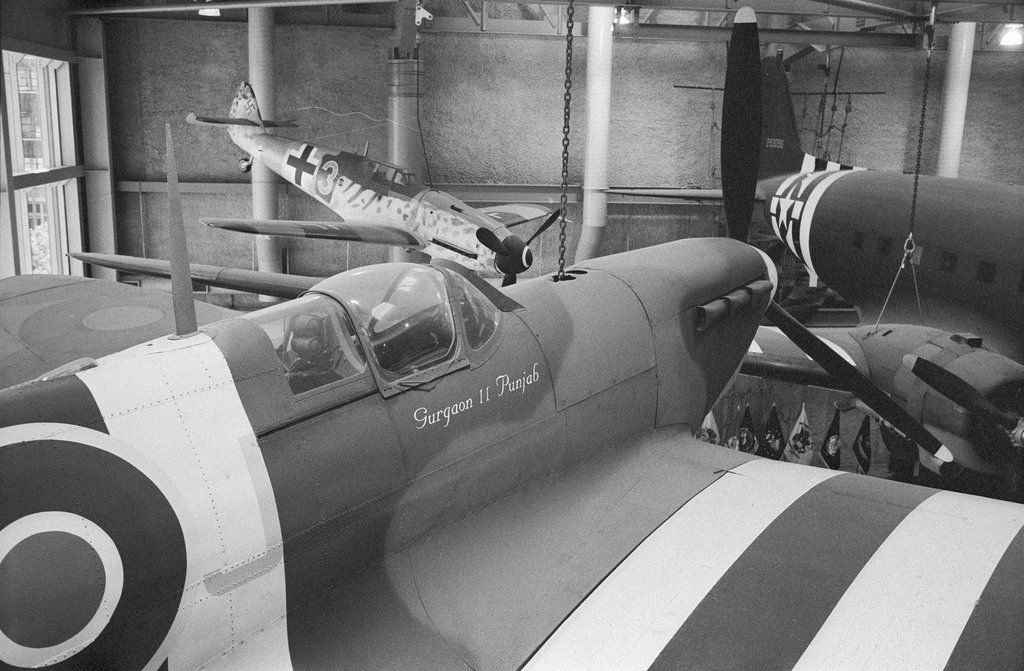 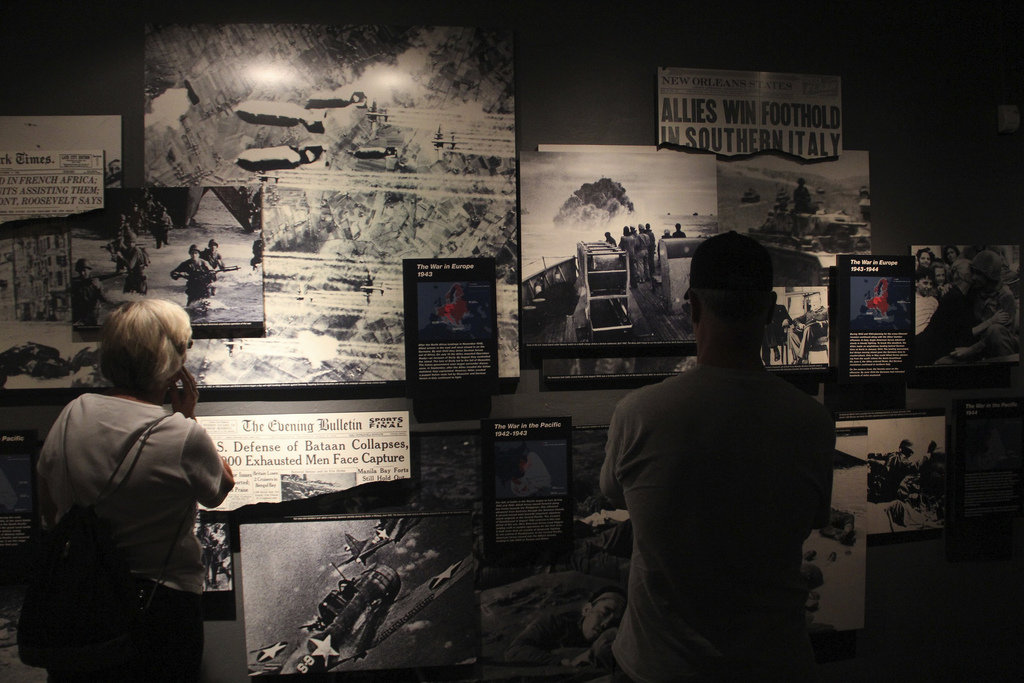 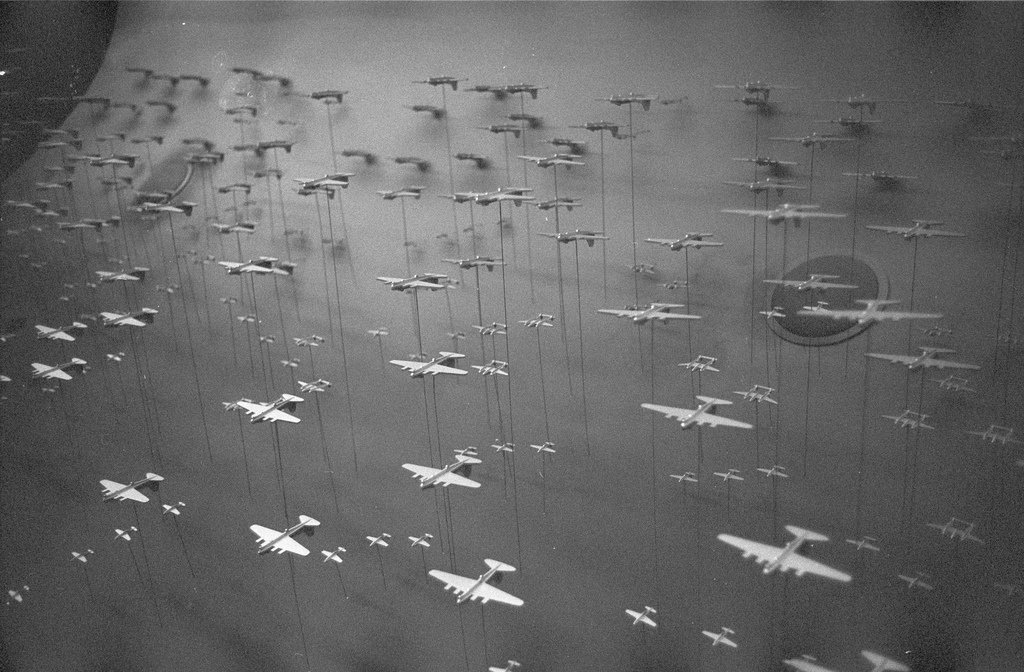 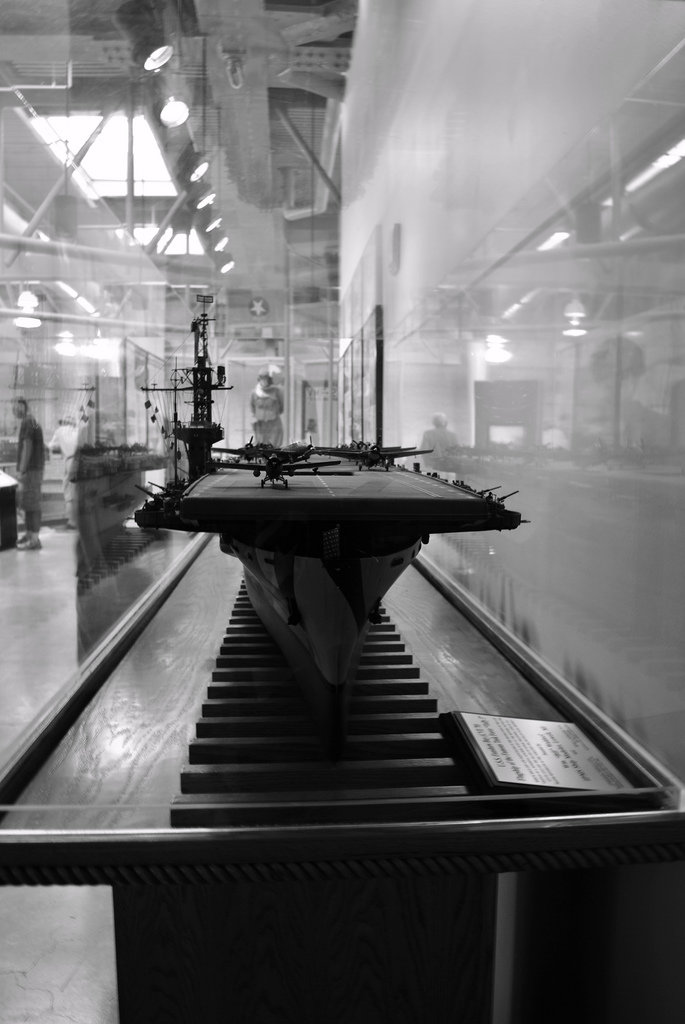 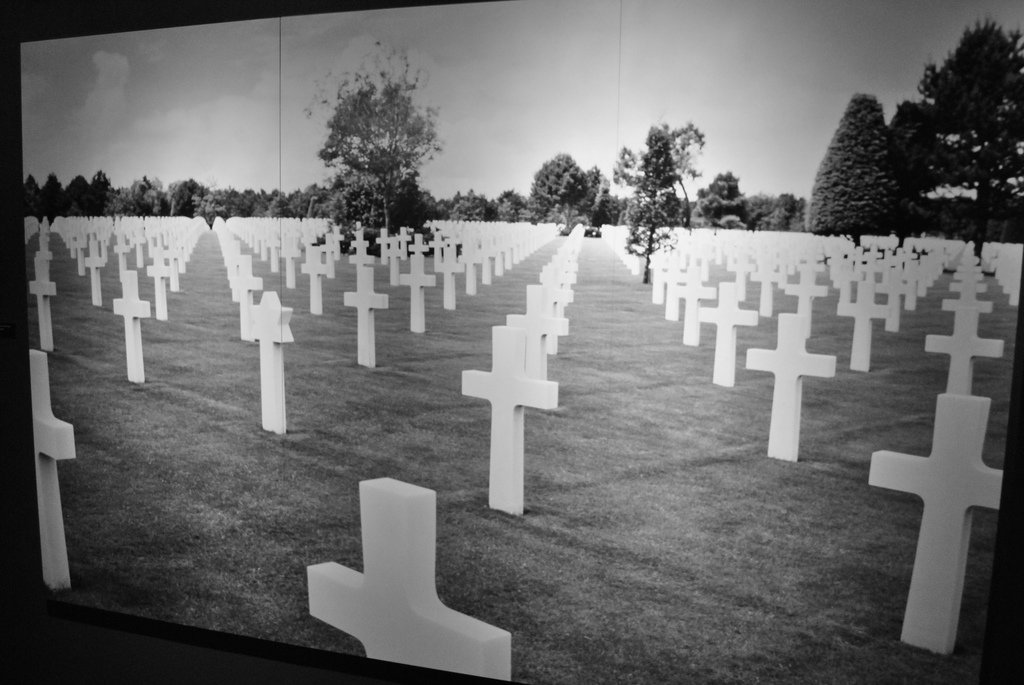 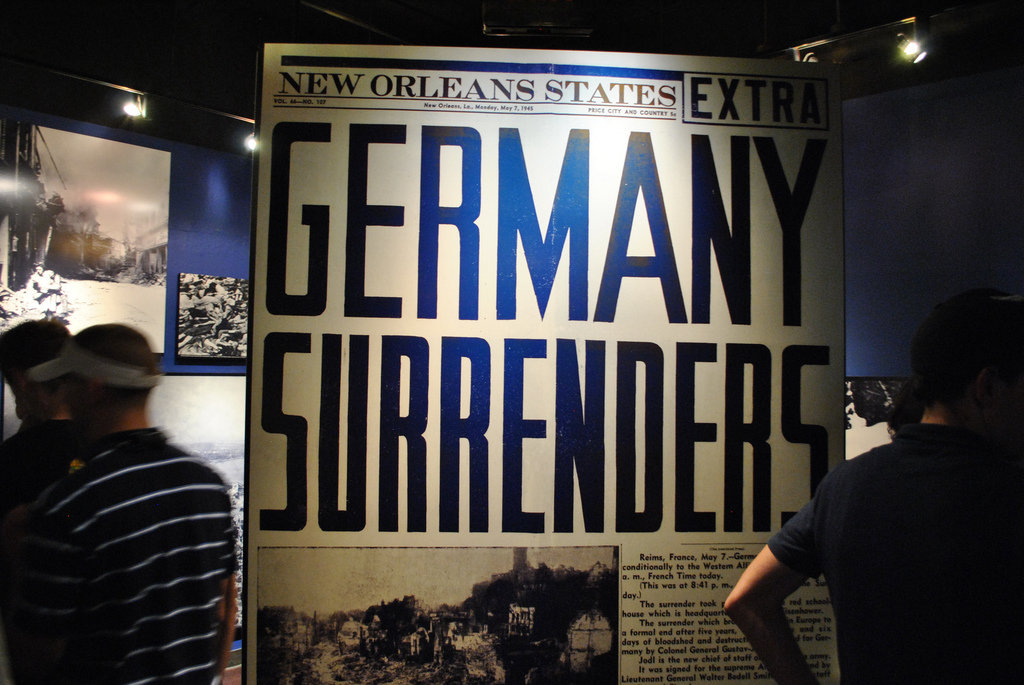 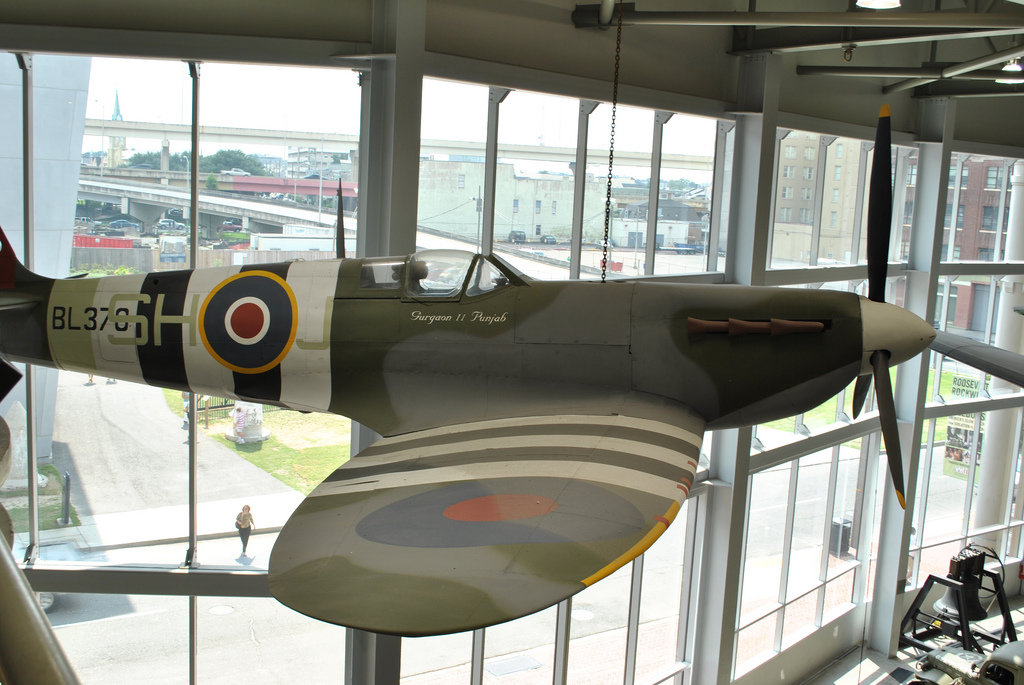 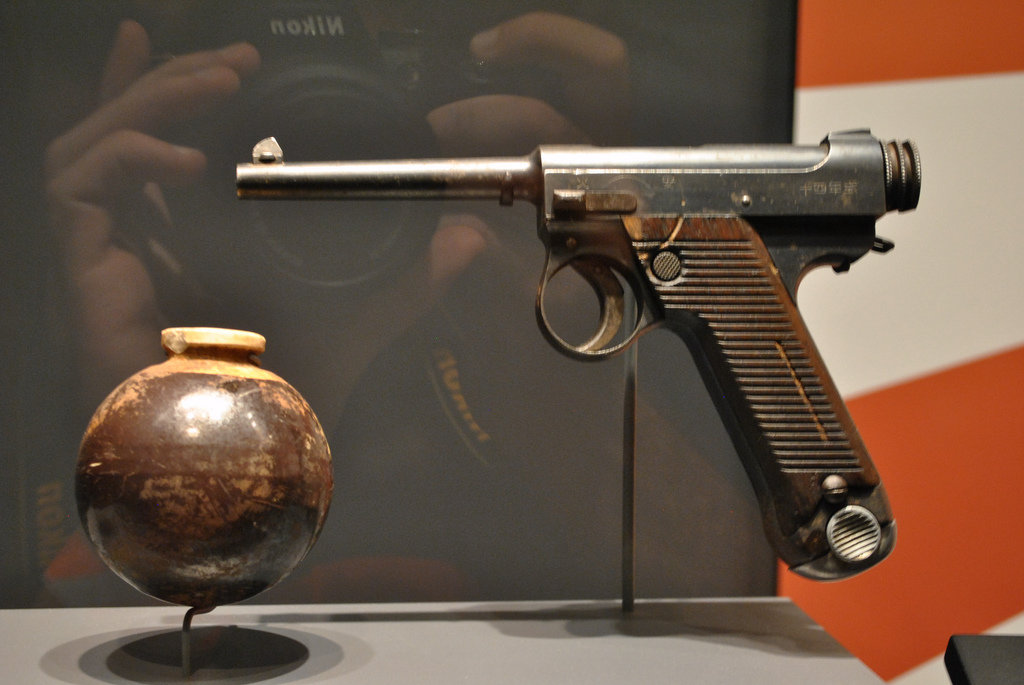 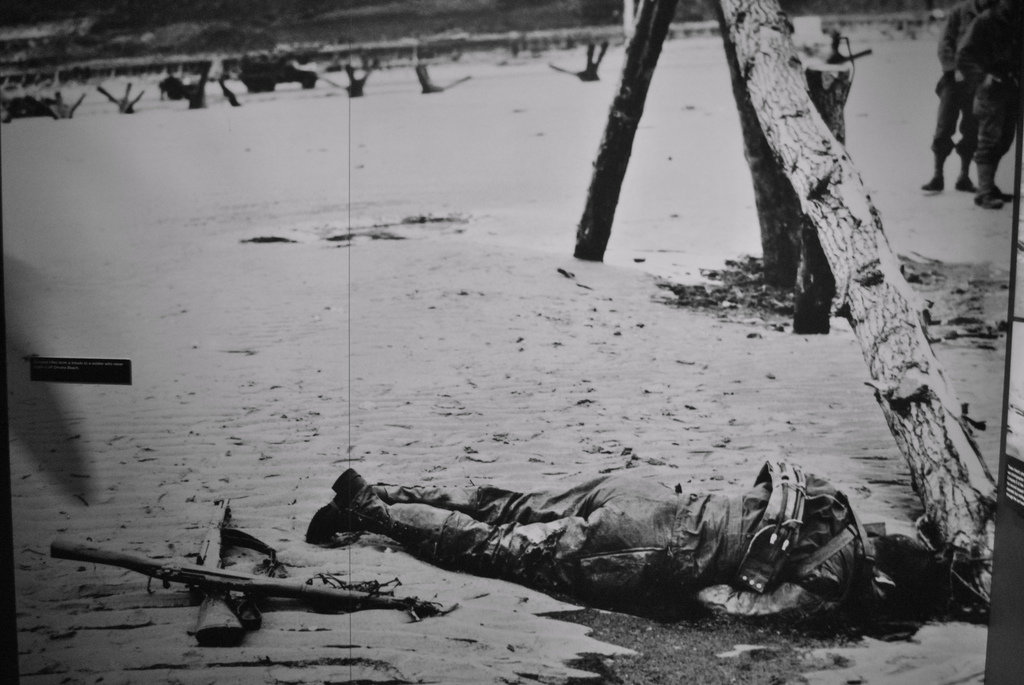