×
What are you looking for?
See all results
Monuments and memorials in Nagasaki 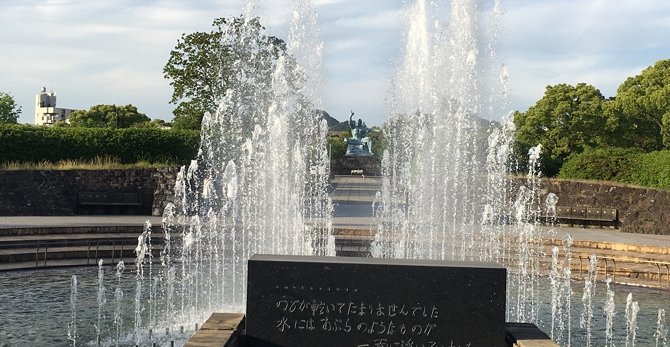 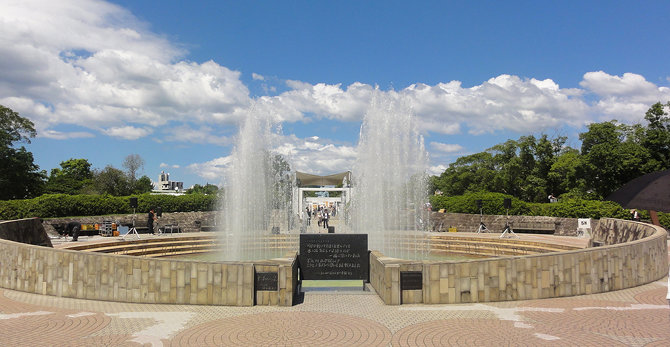 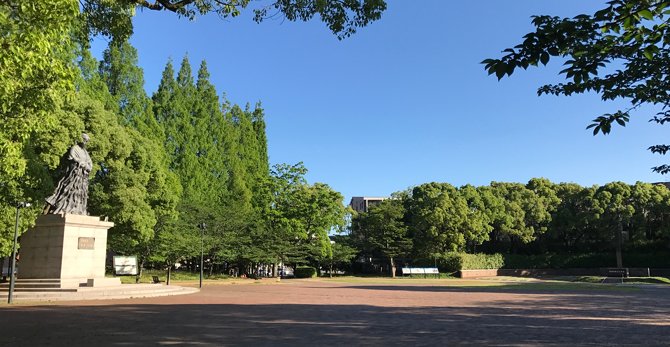 Nagasaki Peace Park is a park located in Nagasaki, Japan, commemorating the atomic bombing of the city on August 9, 1945 during World War II.

Established in 1955, and near to the hypocentre of the explosion, remnants of a concrete wall of Urakami Cathedral can still be seen. Urakami Cathedral was the grandest church in east Asia at the time. At the park's north end is the 10-meter-tall Peace Statue created by sculptor Seibou Kitamura of Nagasaki Prefecture. The statue's right hand points to the threat of nuclear weapons while the extended left hand symbolizes eternal peace. The mild face symbolizes divine grace and the gently closed eyes offer a prayer for the repose of the bomb victims' souls. The folded right leg and extended left leg signify both meditation and the initiative to stand up and rescue the people of the world. Installed in front of the statue is a black marble vault containing the names of the atomic bomb victims and survivors who died in subsequent years.

A plaque at the nearby hypocentre gives the following account and statistics of the damage caused that day.

"At 11:02 A.M., August 9, 1945 an atomic bomb exploded 500 meters above this spot. The black stone monolith marks the hypocenter.
The fierce blast wind, heat rays reaching several thousand degrees and deadly radiation generated by the explosion crushed, burned, and killed everything in sight and reduced this entire area to a barren field of rubble.
About one-third of Nagasaki City was destroyed and 150,000 people killed or injured and it was said at the time that this area would be devoid of vegetation for 75 years. Now, the hypocenter remains as an international peace park and a symbol of the aspiration for world harmony."

Every year, on 9 August, the anniversary of the atomic bombing, a Peace Memorial Ceremony is held in front of the statue and the Mayor of Nagasaki delivers a Peace Declaration to the World.

At the south end of the park is a "Fountain of Peace". This was constructed in August, 1969, as a prayer for the repose of the souls of the many atomic bomb victims who died searching for water, and as a dedication to world peace. Lines from a poem by a girl named Sachiko Yamaguchi, who was nine at the time of the bombing, are carved on a black stone plaque in front of the fountain. It reads: "I was thirsty beyond endurance. There was something oily on the surface of the water, but I wanted water so badly that I drank it just as it was."

In 1978 the city of Nagasaki established a "Peace Symbols Zone" on both sides of the park and invited donations of monuments from countries round the world. The following monuments can be seen in the park:

Dave Mc
Really a ‘must see’ in Nagasaki, you can’t help feeling strong emotions in such a peaceful park in remembrance of such horrific events.

Rim Bod
Even the view from the park itself is wonderful, but the statues and fountain make it even more scenic. It is very close to the hypocentre and memorial museum.

Jevaughn Birch
Very tranquil and the statue pointing towards the heavens/falling bomb is impressive. But I was overcome with emotion by it all

Andrew Meany
Not sure what I expected from this place, given what it represents. It was very peaceful. But I felt slightly underwhelmed. Perhaps I was expecting more of an actual park. Nevertheless, it's a symbol.

Confucius Shrine (孔子廟 Kōshi-byō) in Nagasaki, Japan is said to be the

is a park in Nagasaki, Japan built for Thomas Blake Glover, a Scottish 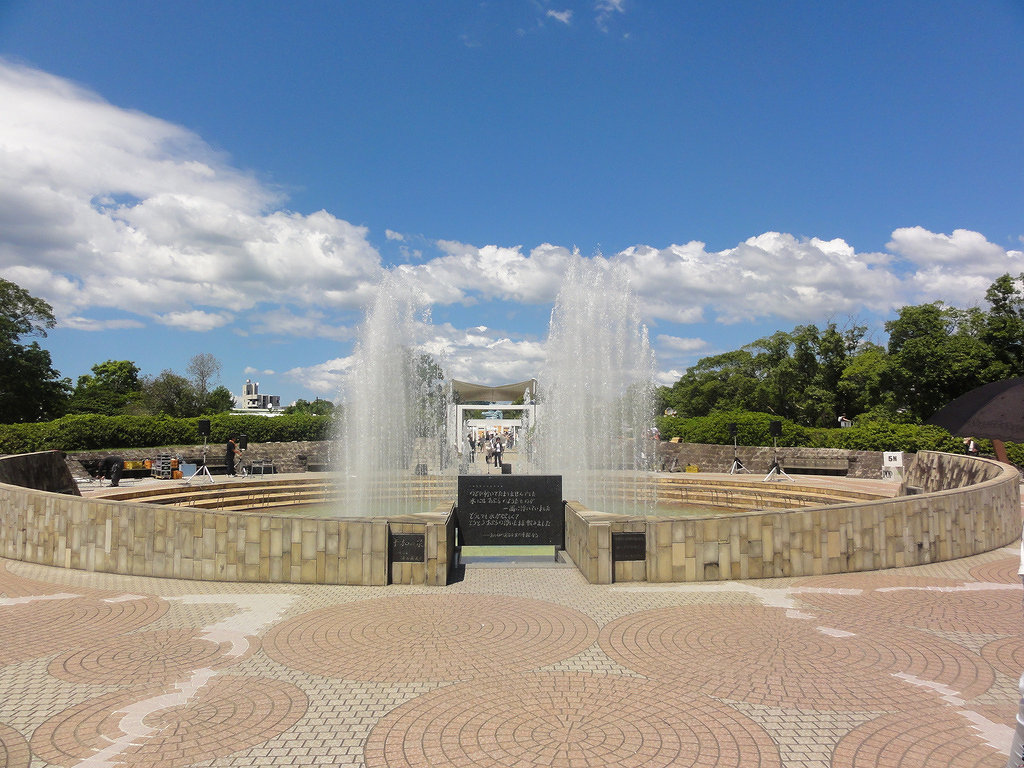 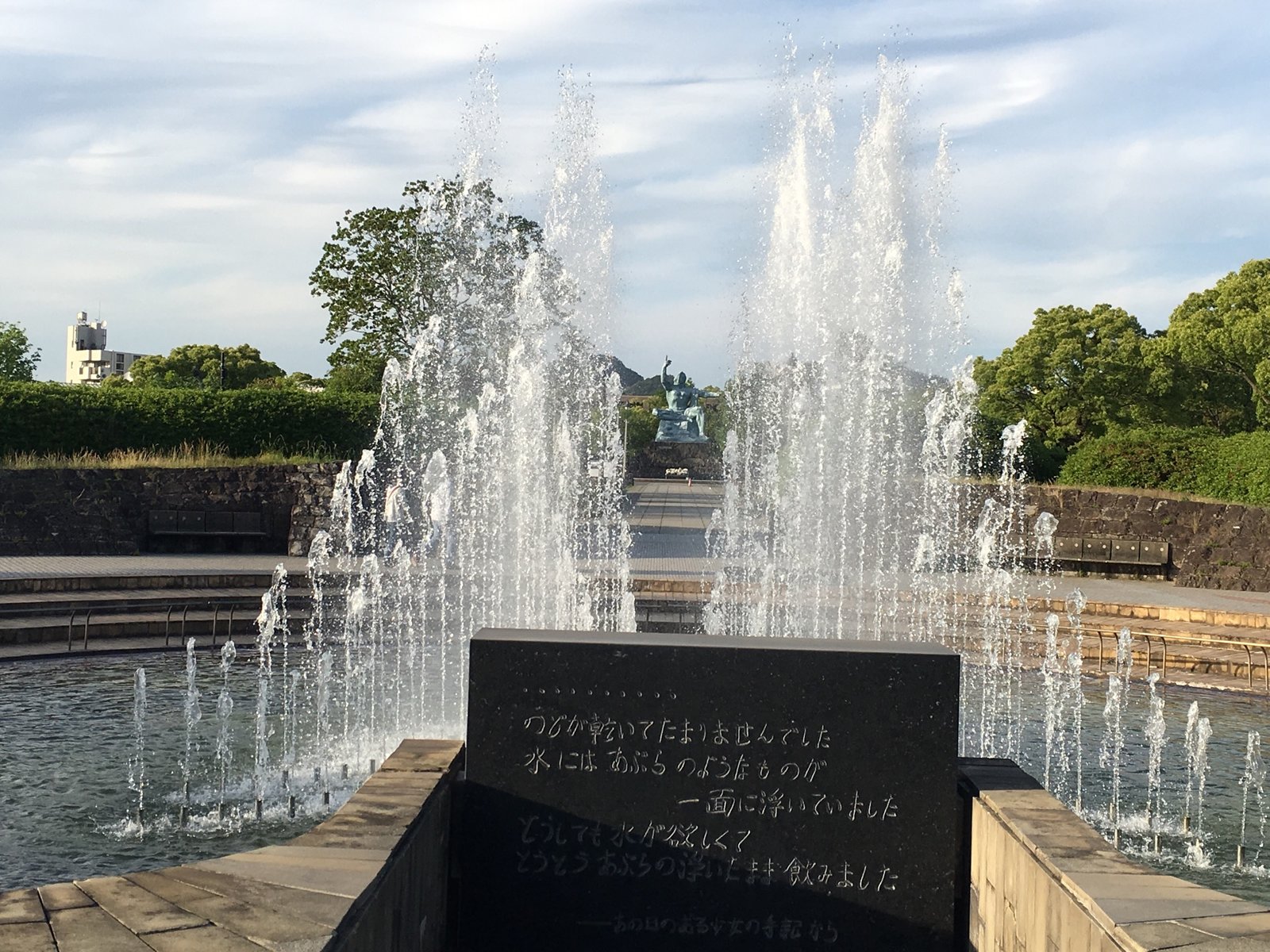 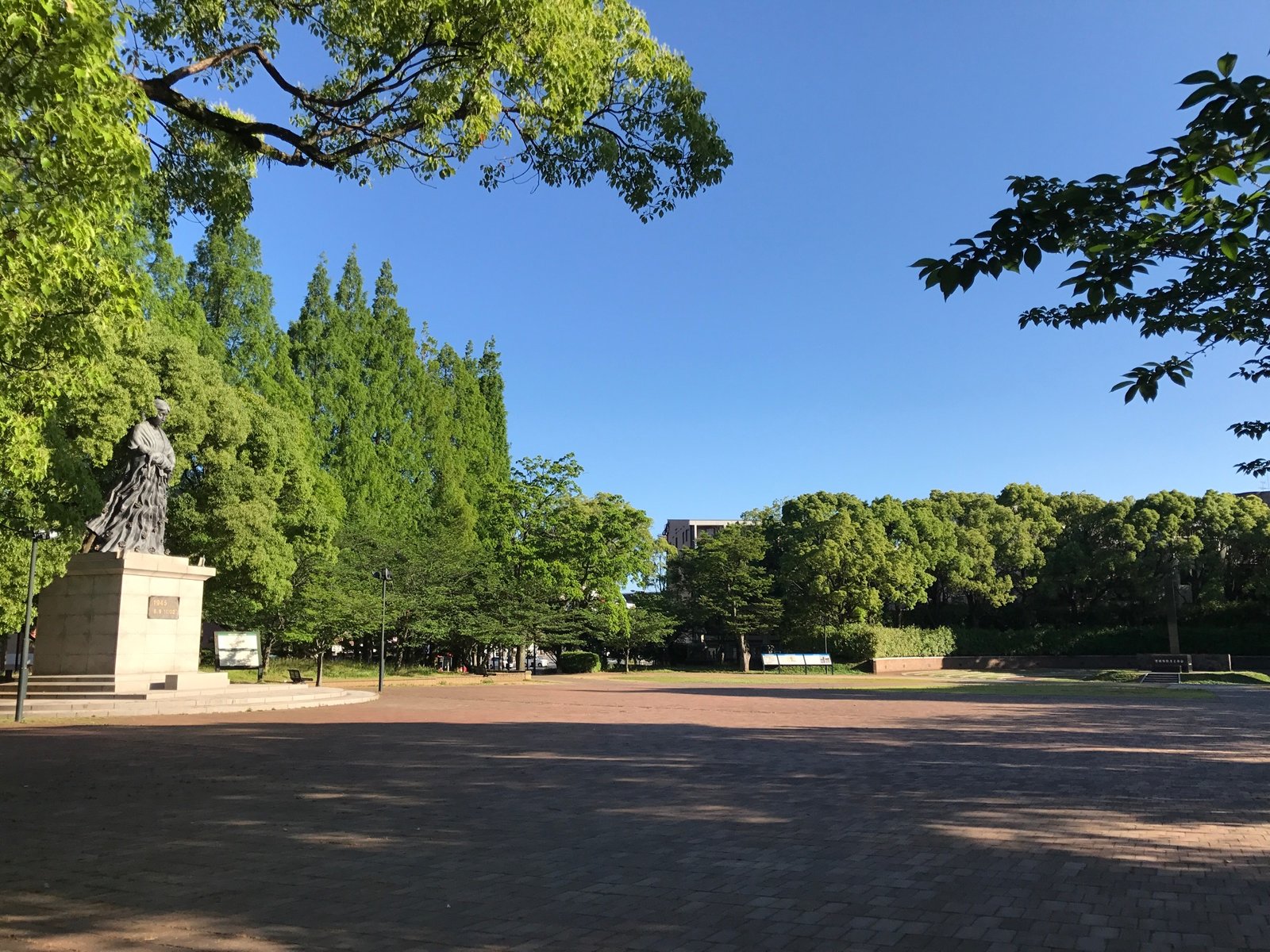 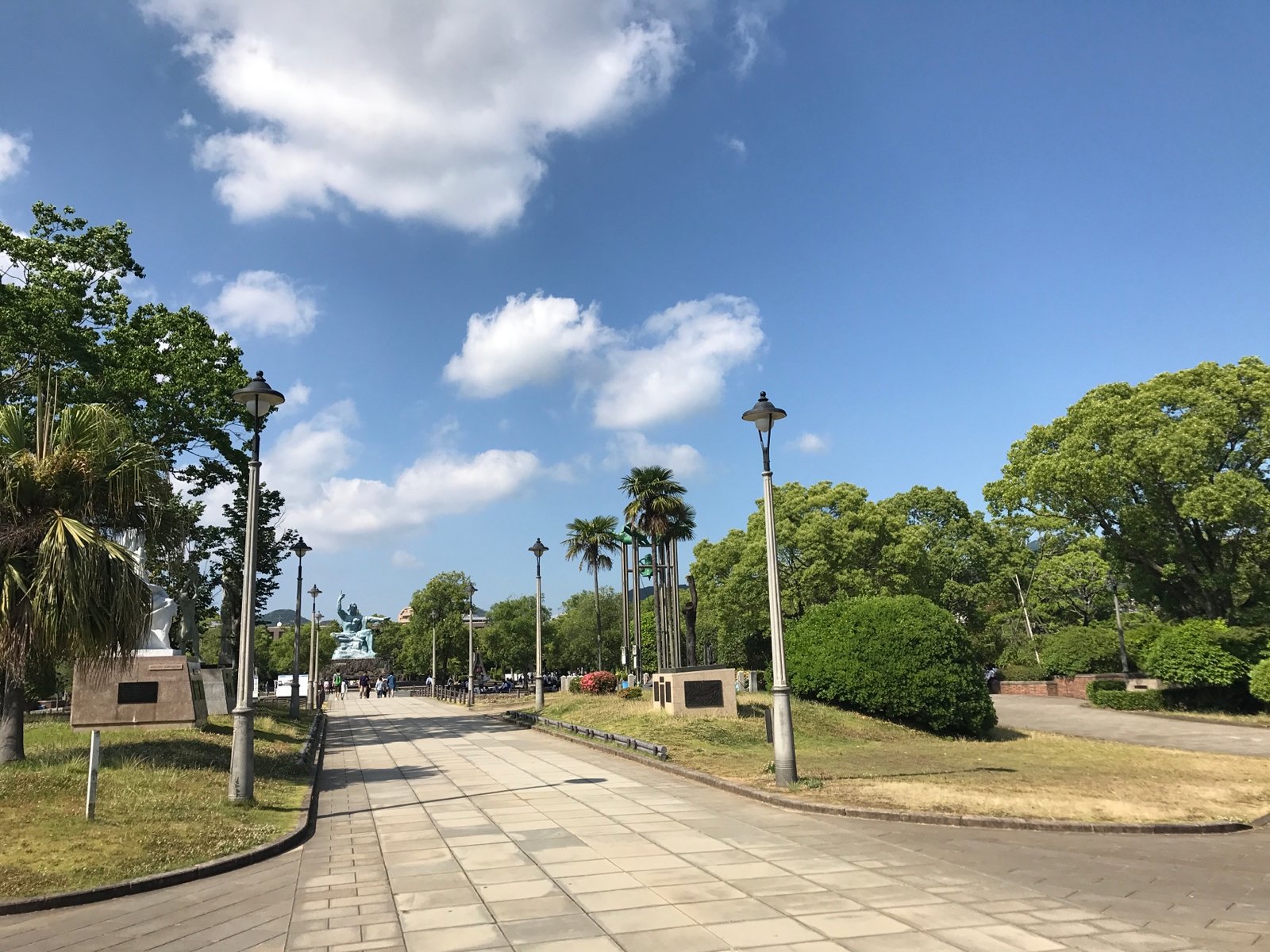 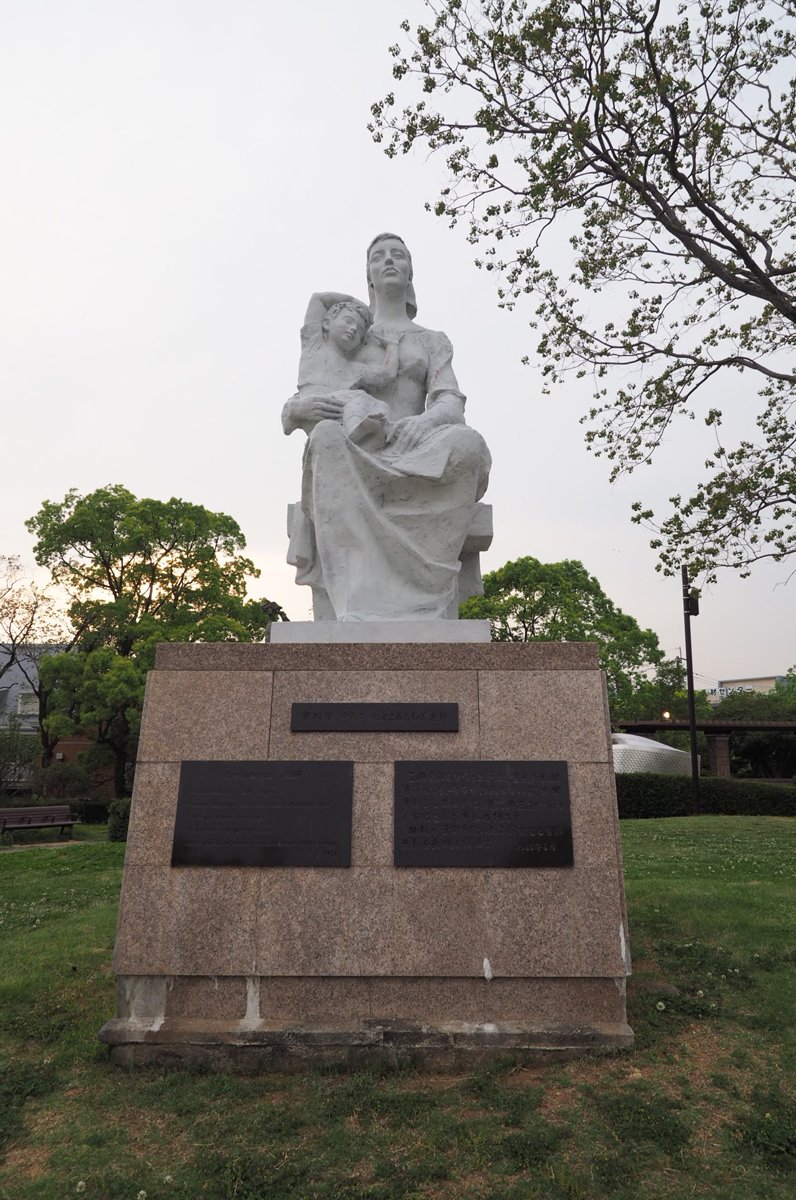 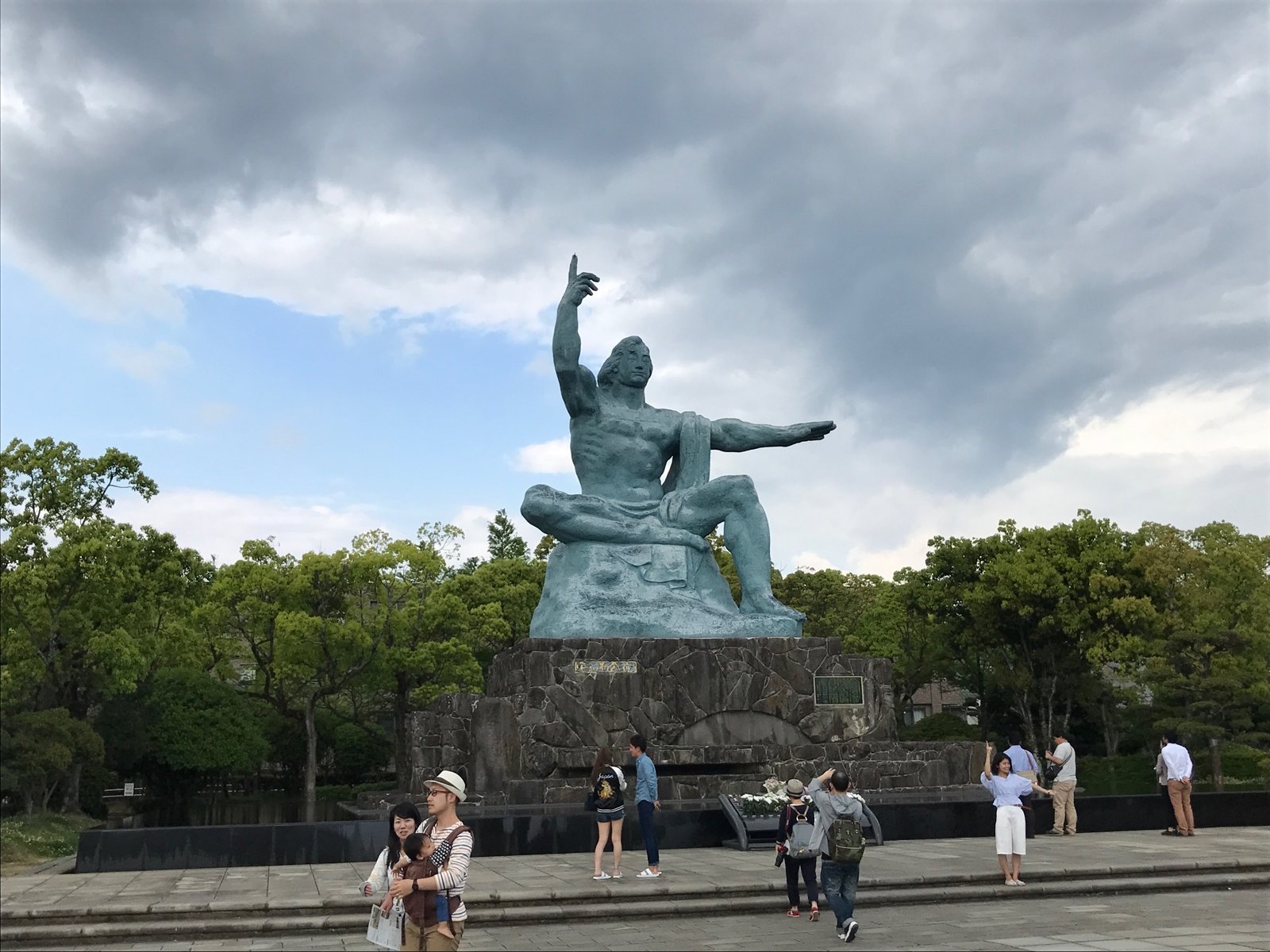 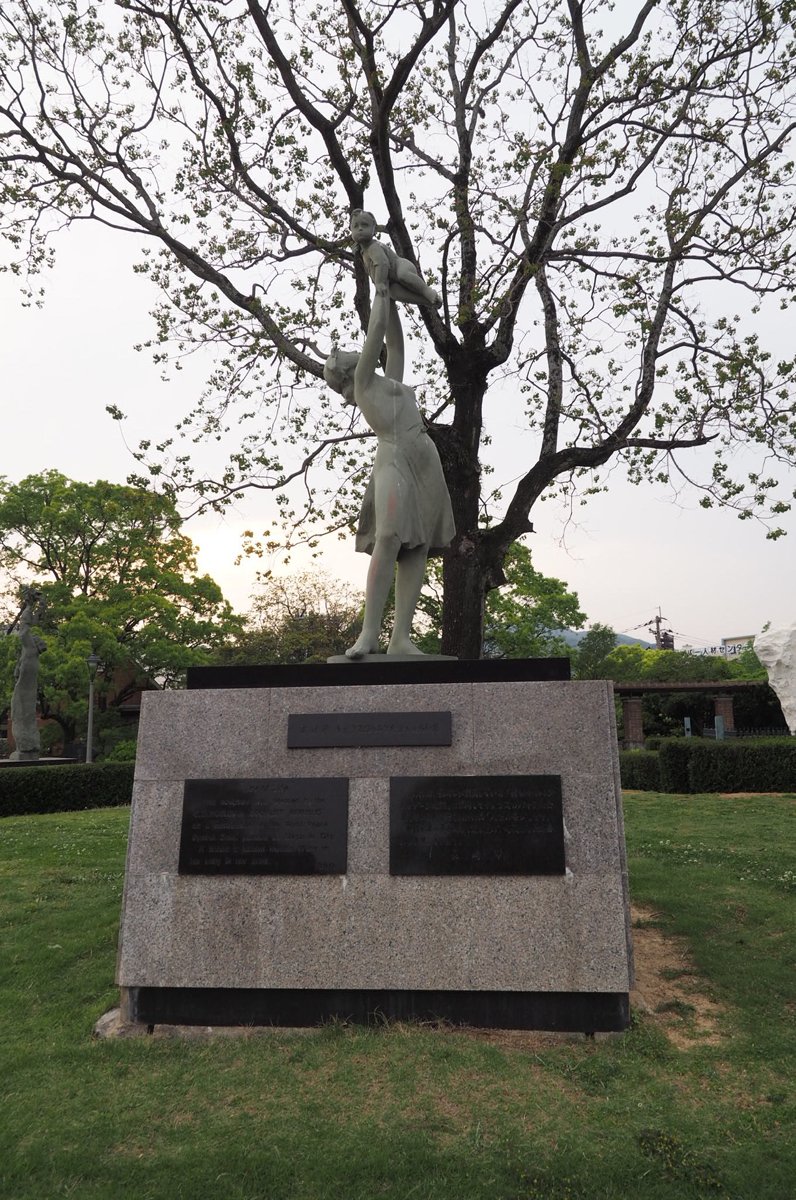 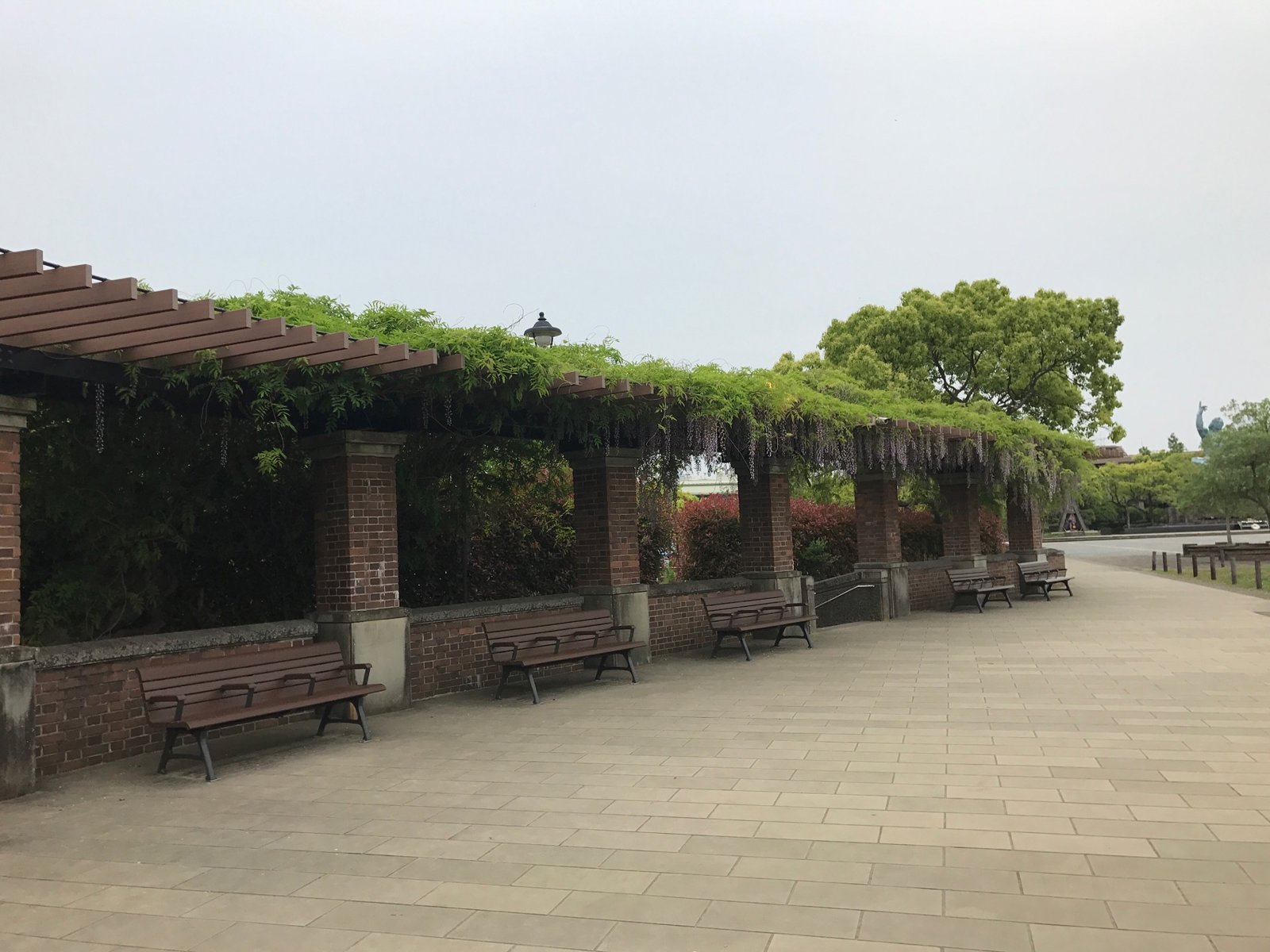 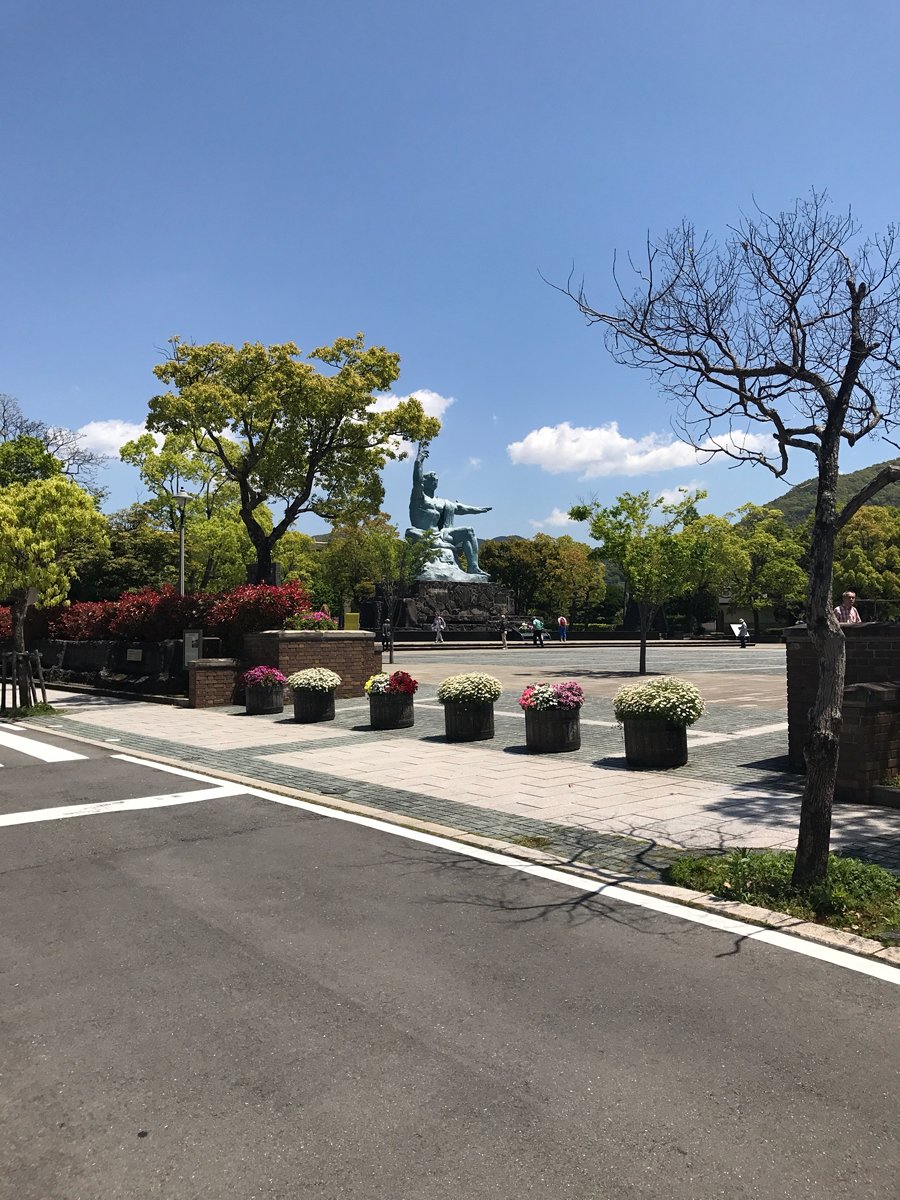 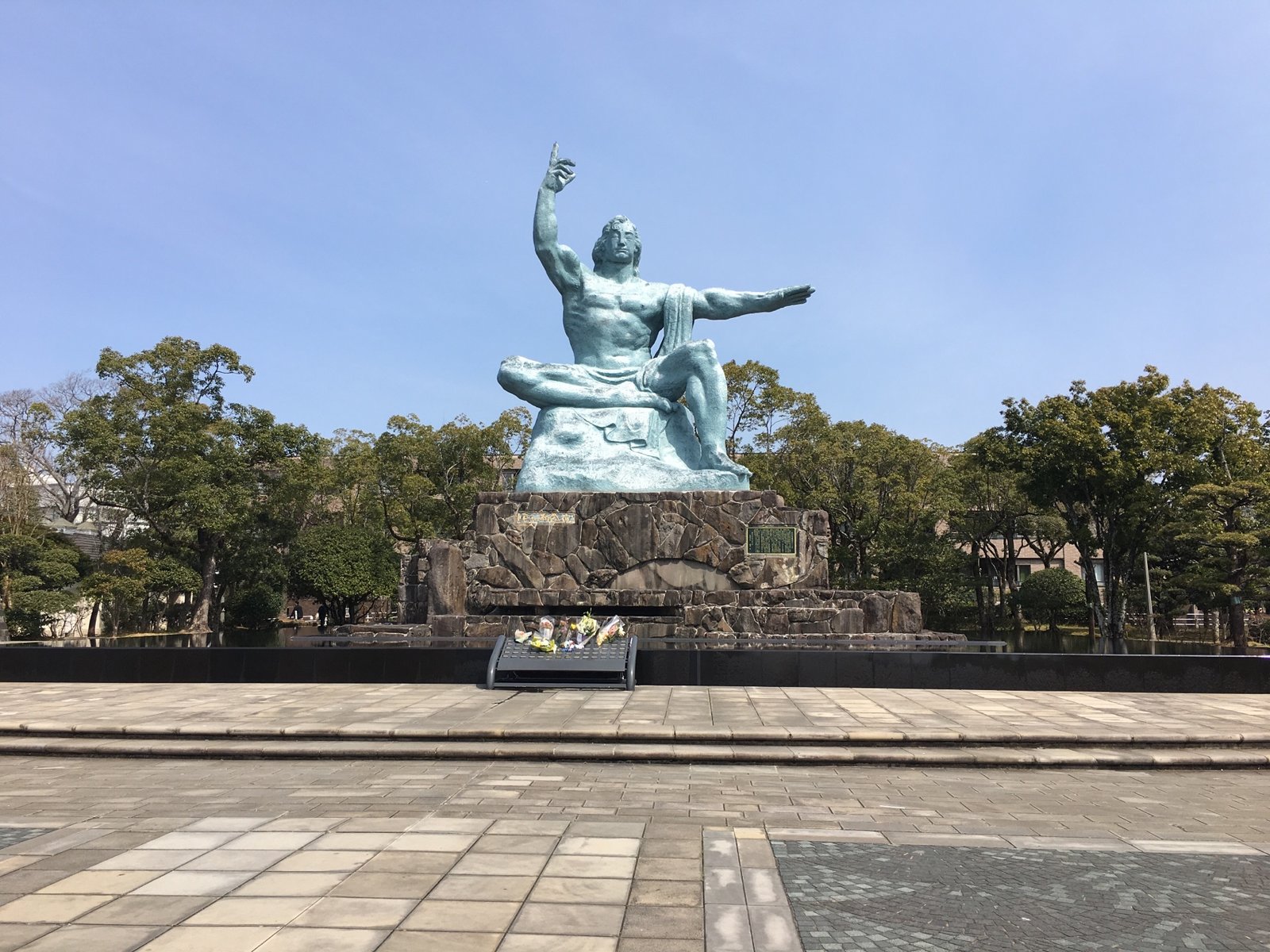 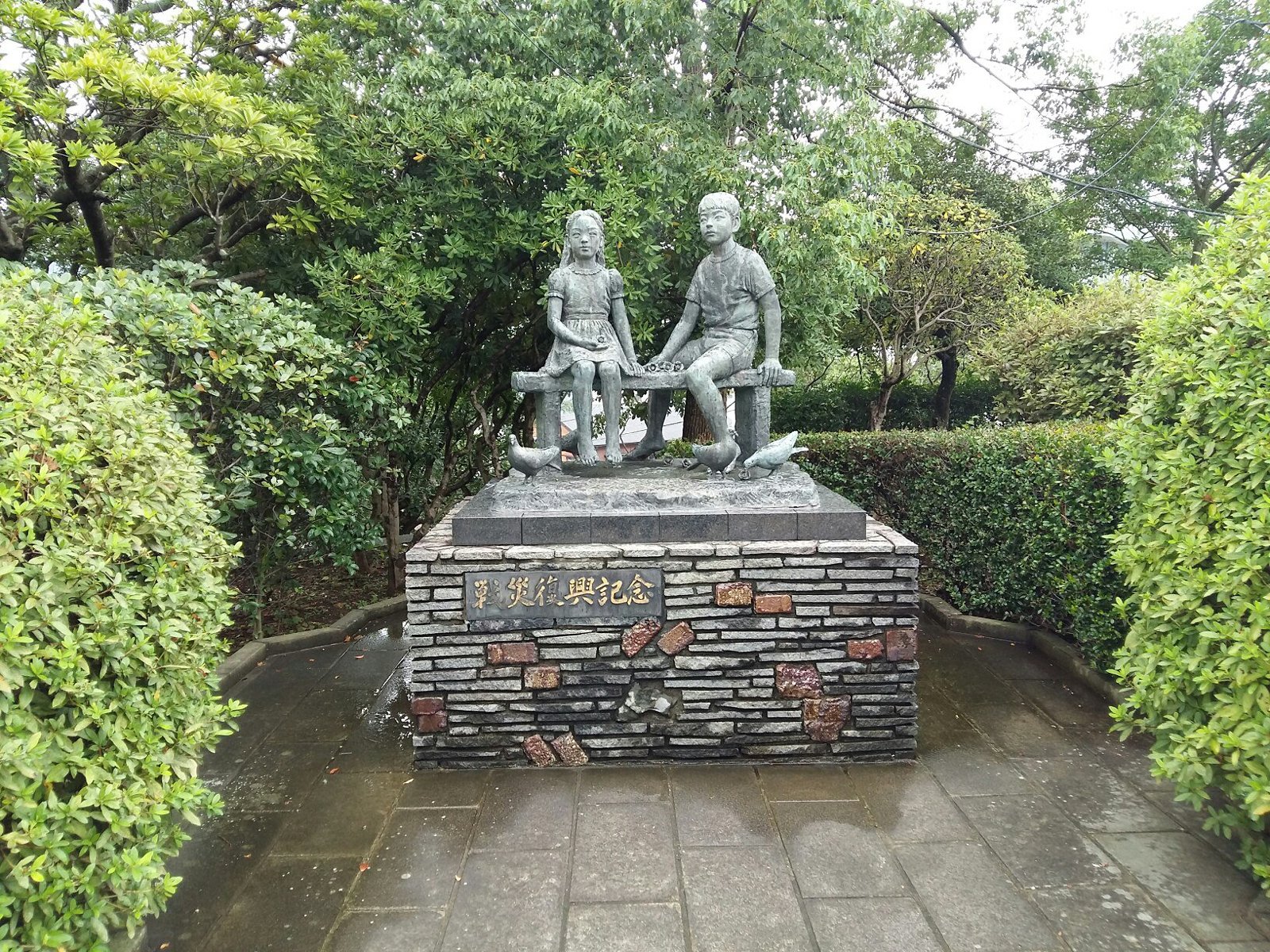