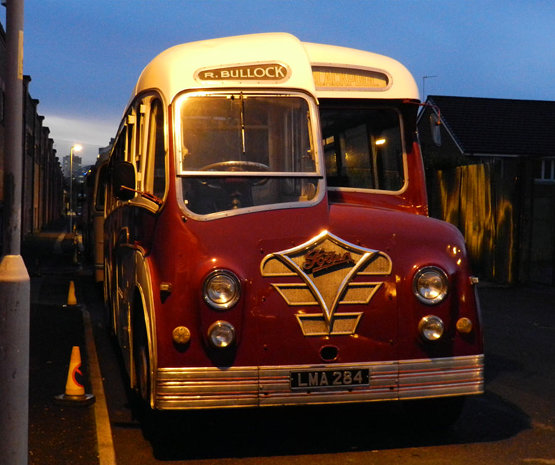 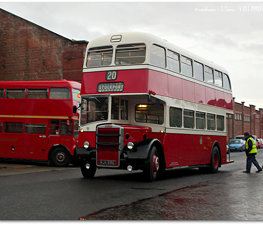 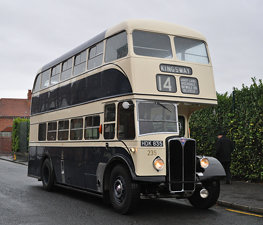 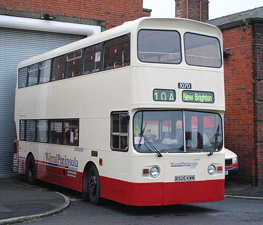 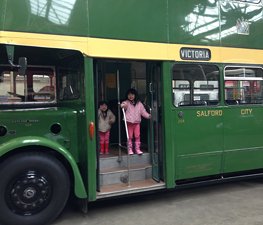 The museum holds a sizeable collection, one of the largest of its kind in the UK. Due to the size of the building, some vehicles have to be kept off-site, with exhibits changed around every so often. In addition, vehicles often attend events around the country during the summer months.

The museum collection is constantly developing and restoration work can be often be seen by visitors giving the display a lively, working atmosphere. In the future, the collection of vehicles and other artefacts relating to the roads of Greater Manchester will continue to grow, with the Museum further developing its facilities as well as restoring items which have already been received but which remain in derelict condition. With Transport for Greater Manchester's continuing assistance, it is hoped the museum will continue to be a focal point and a major attraction of its type.

Шаблон:See also The museum is home to around 100 buses, of which 70 or so are kept on the site. The remaining vehicles are kept elsewhere to allow for restoration work to be carried out and so other vehicles can be exhibited.

Also in the collection are two trolleybuses from Manchester and Ashton-under-Lyne corporations, the prototype Manchester Metrolink tram, and a Manchester Corporation tram from 1901. There is also a host of other related exhibits, from old signs to uniforms - and several items used by Warner Bros. during filming of Harry Potter and The Prisoner of Azkaban (Stan the conductor's equipment).

There is also an extensive archive collection, featuring old timetables, maps, books, posters, manuals and plans - visitors to the archive need to notify the museum in advance.

The museum holds a number of regular events throughout the year. Full details on the official website www.gmts.co.uk

During most of these events a heritage bus service from Manchester Victoria Station to the museum runs every 20 minutes between 09:50 and 17:00.

The Museum of Transport is located approximately two miles north of Manchester City Centre, close to the junction of the A665 (Cheetham Hill Road) and the A6010 (Queens Road). It is at the north end of Boyle Street, adjoining the First Greater Manchester bus garage. The Queens Road Metrolink station on the Manchester Metrolink is 200m away. Bus services 88/89, 135 and 151 stop nearby.

The Museum is open from 10am to 4.30pm on Wednesdays, Saturdays, Sundays and Public Holidays (except at Christmas and New Year), plus every day during August.

Sergey Melnikov
Curator of museum was really amazing. He talk a lot interesting facts about history of the buses. Best tour I ever had in transport museum. You just need to be curious and ask some questions.

Leszek Ciesielski
Solid place to visit for kids or transport nerds. Note: the depot is unheated, in winter months remember to dress appropriately for a day outside!

Museum of Transport, Greater Manchester
The Museum opened to the public in 1979 and used to be a Manchester Corporation bus garage (Upper Hall built in 1928, Lower Hall in 1935 as extensions to the first electric tram depot built in 1901).

Museum of Transport, Greater Manchester
Explore the Lower Hall - if you look carefully at the floor, you can see where the platforms and drainage used to be for the original bus washing facilities from 1935

Stuart Vallantine
Try the food at the busmans' canteen. Though the menu's limited it is cheap and cheerful - unlike most museum cafés where you need a mortgage for a cup of tea and a scone.
Load more comments
foursquare.com
7.6/10
6,974 people have been here
I've been here
Add to wishlist

The Petersen Automotive Museum is located on Wilshire Boulevard along

The London Transport Museum, or LT Museum based in Covent Garden, 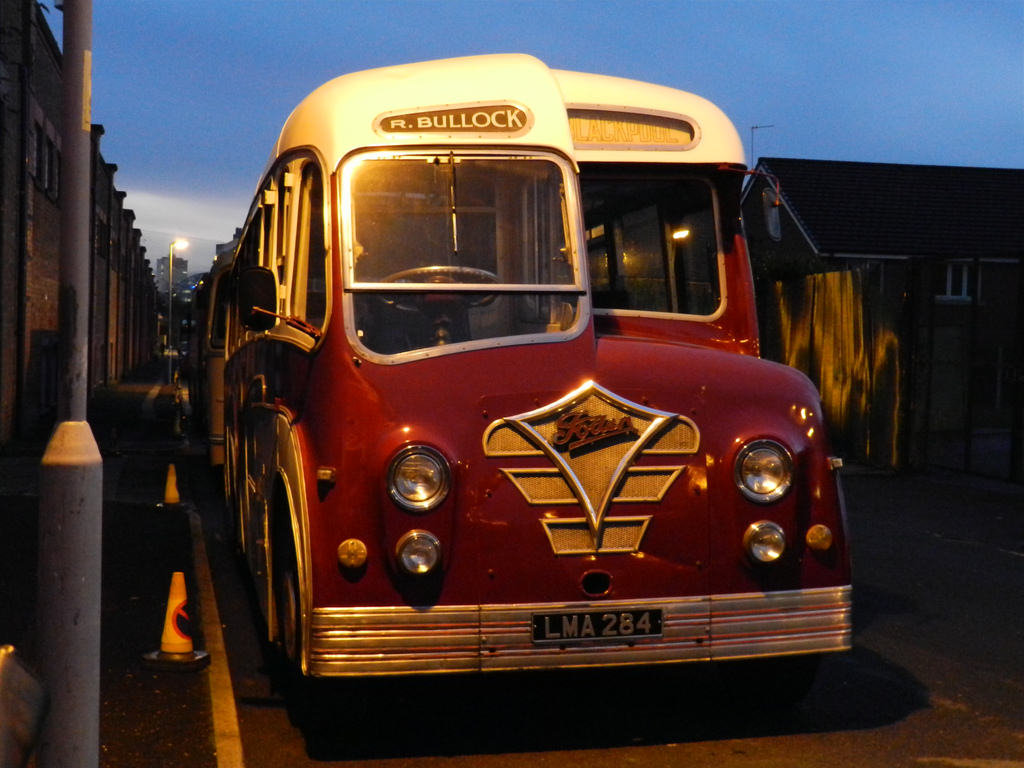 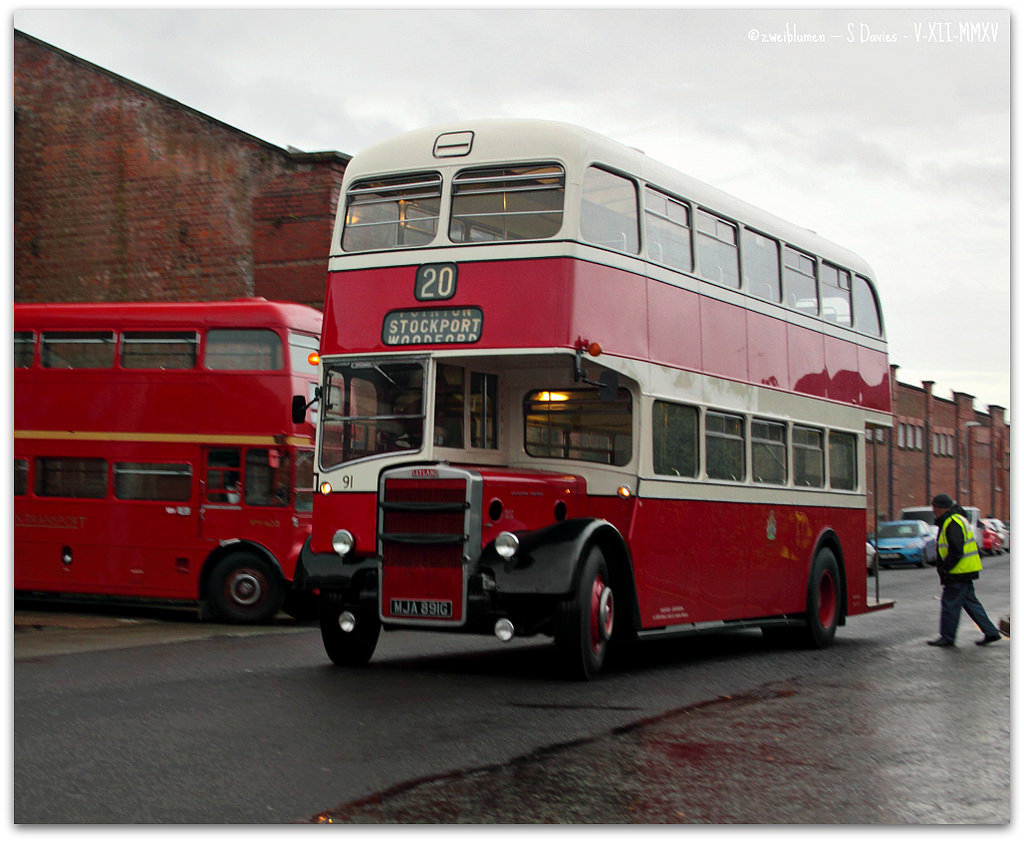 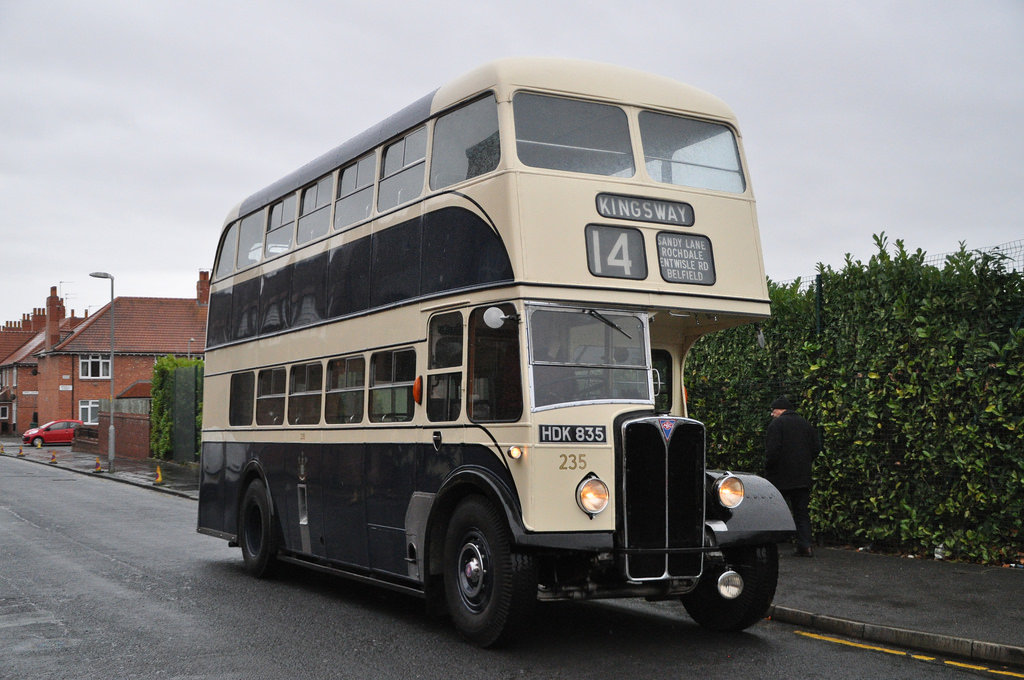 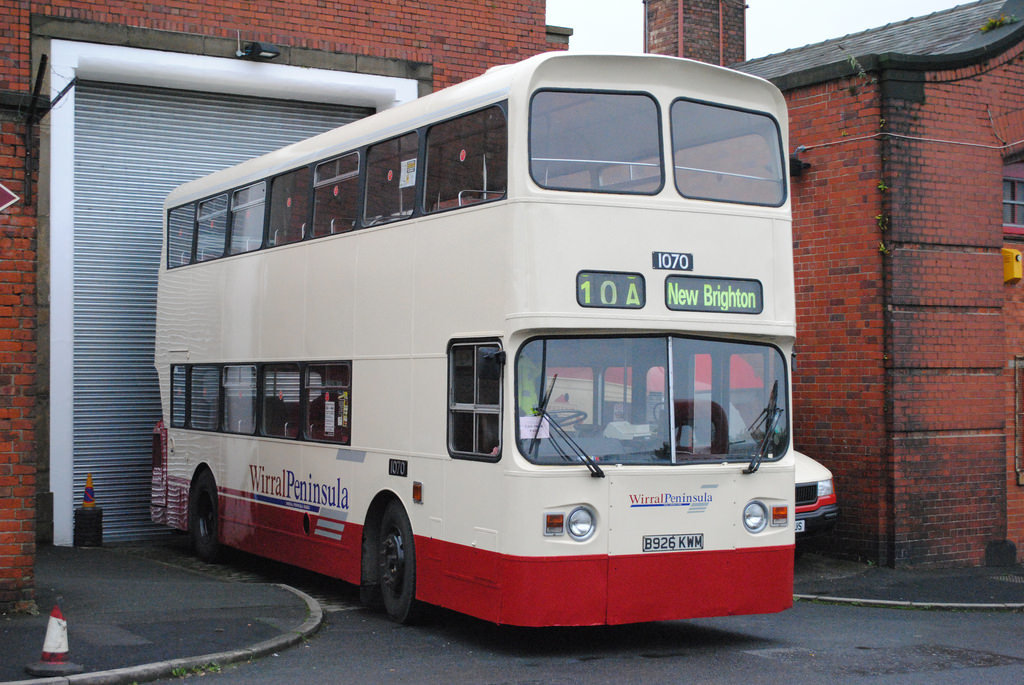 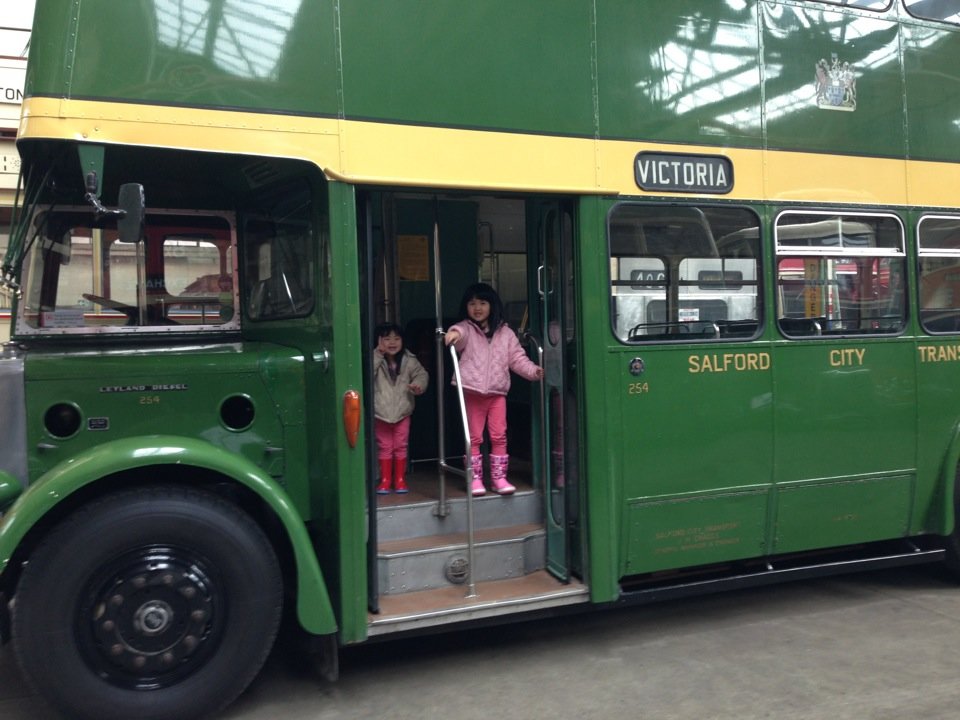 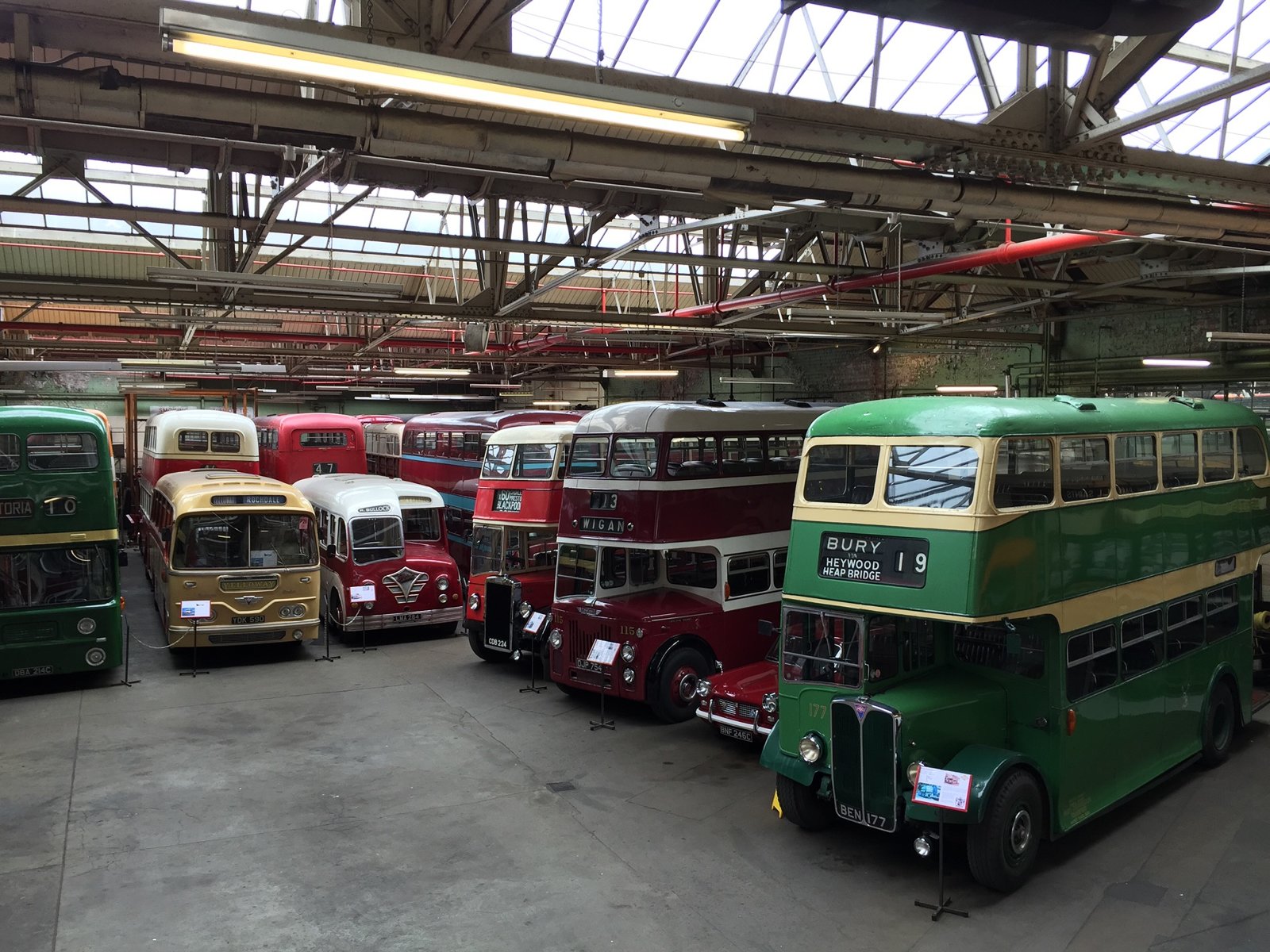