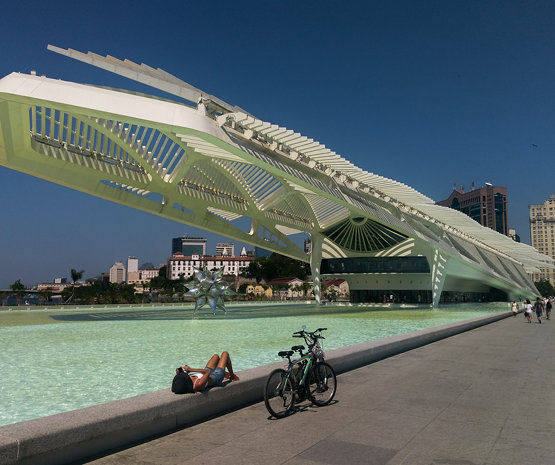 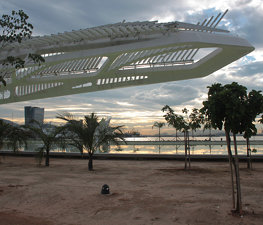 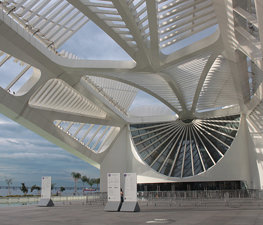 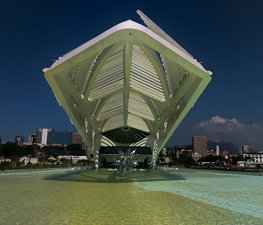 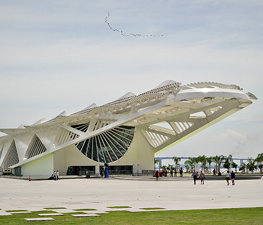 The Museum of Tomorrow (português. Museu do Amanhã) is a science museum in the city of Rio de Janeiro, Brazil. It was designed by Spanish neofuturistic architect Santiago Calatrava, and built next to the waterfront at Pier Maua. Its construction was supported by the Roberto Marinho Foundation and cost approximately 230 million reais. The building was opened on December 17, 2015 with President Dilma Rousseff in attendance.

The main exhibition takes visitors through five main areas: Cosmos, Earth, Anthropocene, Tomorrow and Now via a number of experiments and experiences. The museum mixes science with an innovative design to focus on sustainable cities.

Funded by the Rio city government with support from sponsors, the building attempts to set new standards of sustainability in the municipality. Compared with conventional buildings, designers say it uses 40% less energy (including the 9% of its power it derives from the sun), and the cooling system taps deep water from nearby Guanabara Bay. The structure looks set to be one of Rio’s most famous tourist sights. Its solar spines and fan-like skylight have been designed so that the building can adapt to changing environmental conditions.

The museum has partnerships with Brazil’s leading universities, global science institutions and collects real-time data on climate and population from space agencies and the United Nations. It has also hired consultants from a range of related fields, including astronauts, social scientists and climate experts. It sits waterside in a port area that was left abandoned for decades, and is now being renovated with new office blocks, apartments and restaurants. The museum is part of the city's port area renewal for the 2016 Summer Olympics. [1]

The concept of the museum is that tomorrow is not ready. The 'Tomorrow' will be the construction and people will participate in this construction as Brazilians, citizens and members of the human species. This is not a museum for objects, but a museum for ideas.[2]

It's a 'new generation' of science museums for transform our thinking in order to shape the next 50 years of life on this planet in a sustainable and harmonious coexistence. [3]

Patricia Volpi
What a beautiful acquisition for the city. You will enjoy the view during the day or night. Just take a seat outside, read, chat with friends and watch the day goes by. A must see new spot in Rio.

Shelita McBride
I loved this museum and it’s exhibits. The interactive features are very informative and the exhibition on coronavirus was good as well. Definitely check it out for amazing pics indoors & out

Bruno B
Architecture, insightful facts about the past, present abd the future!!

Hany Youssef
Such a cool place a lot of interactive things

Museum of Tomorrow on Foursquare 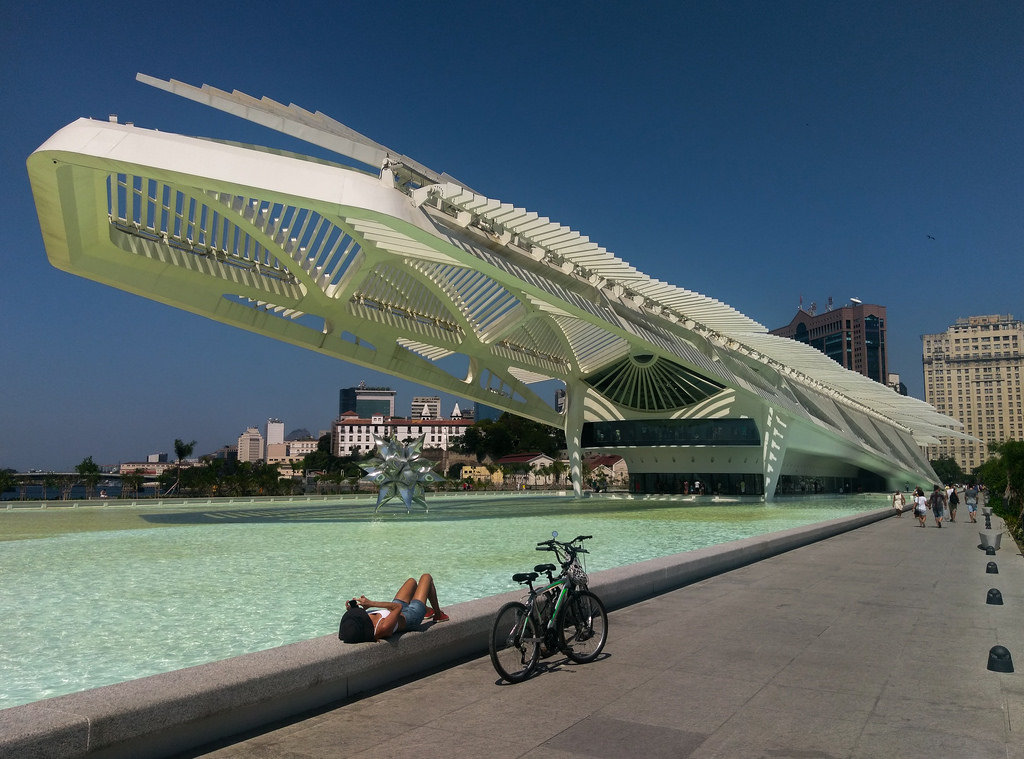 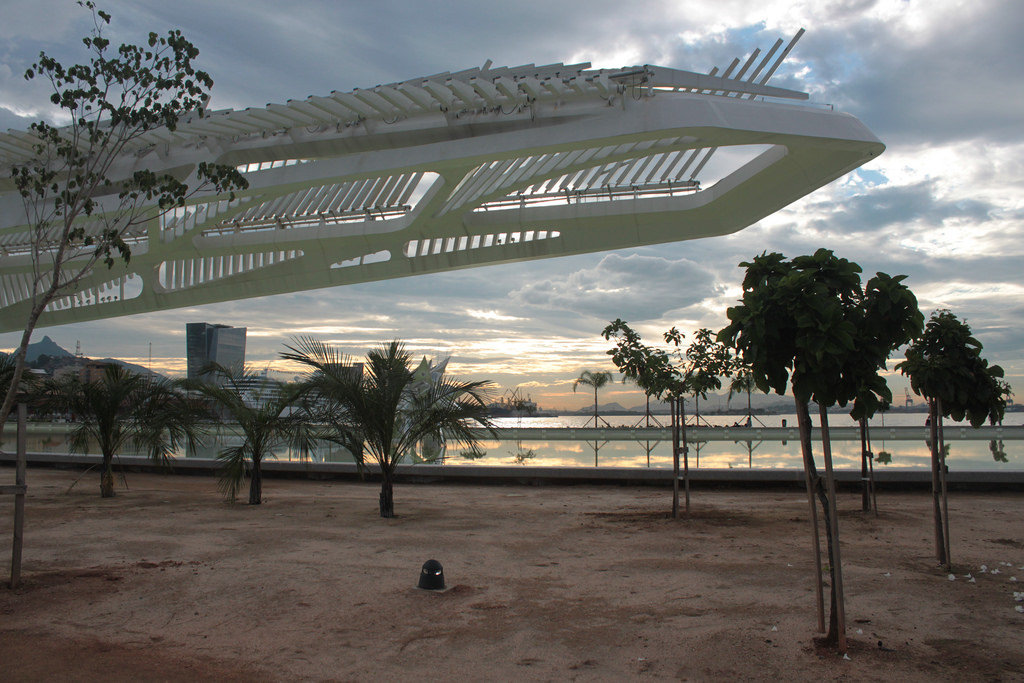 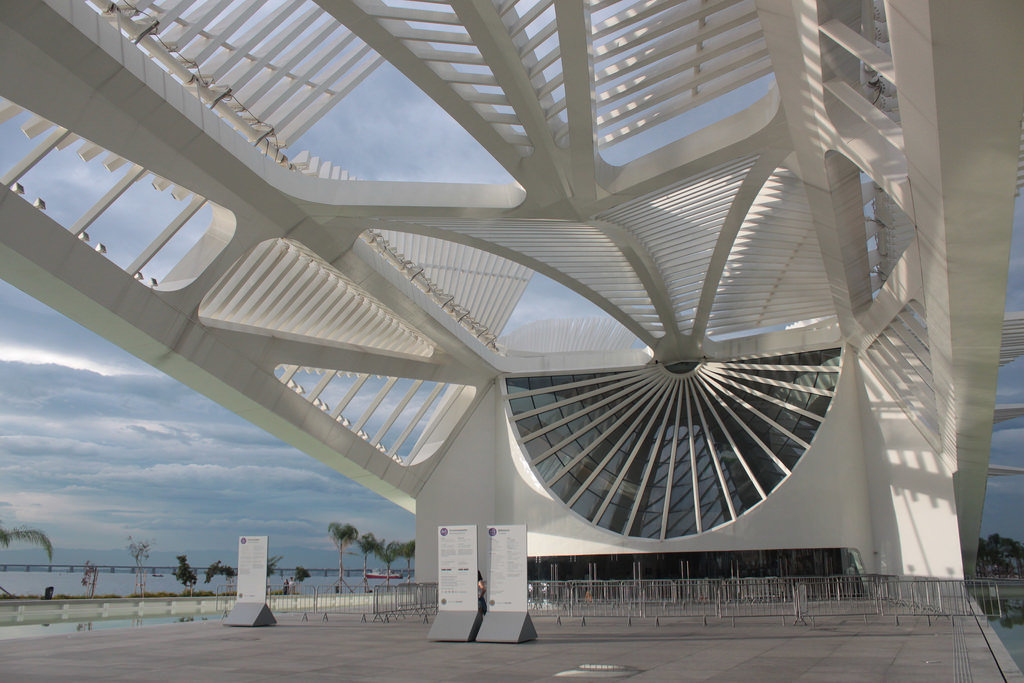 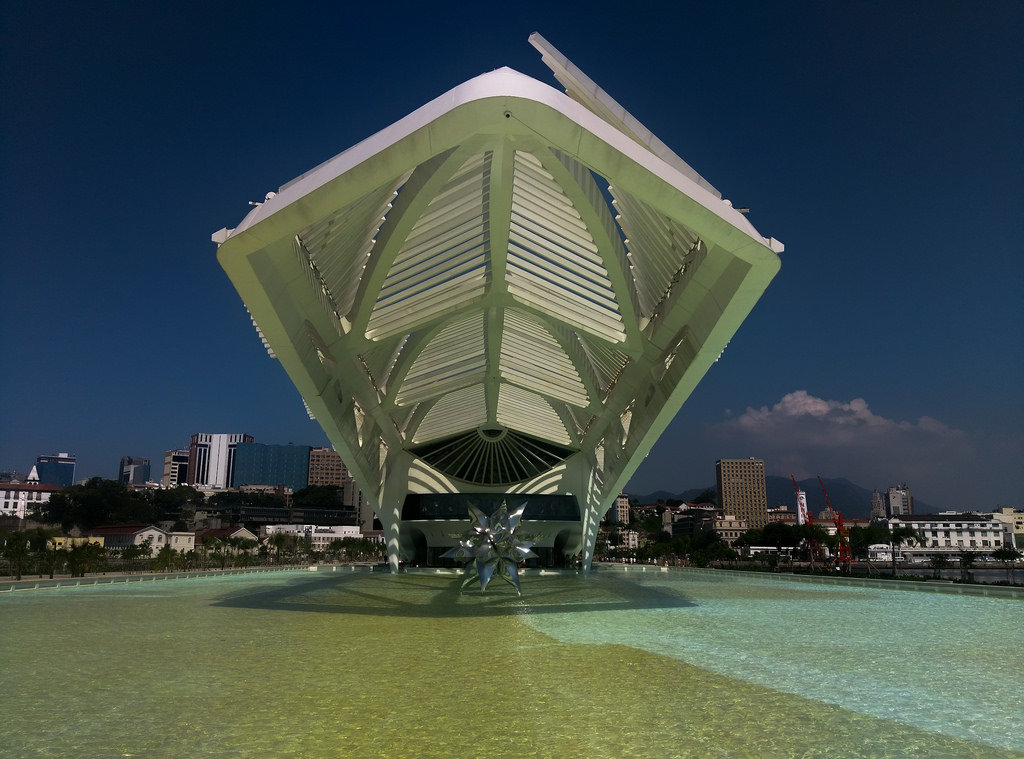 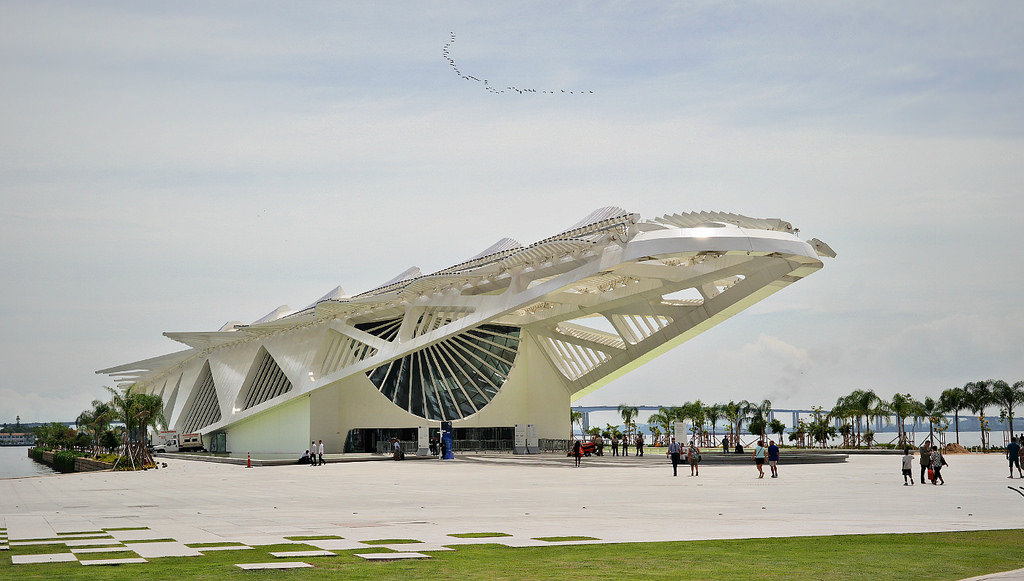 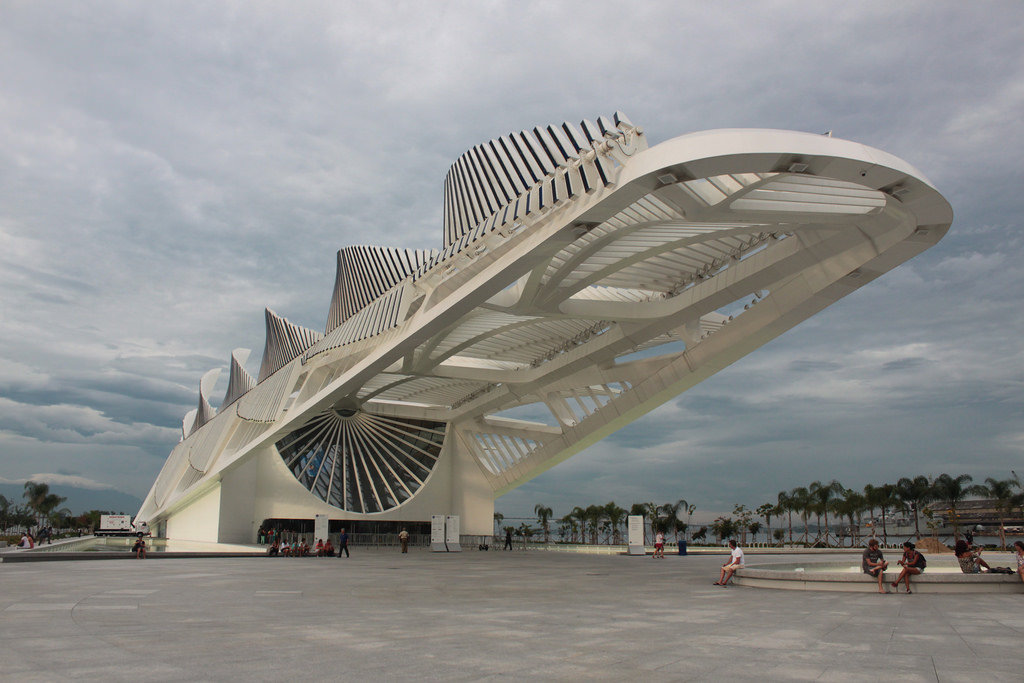 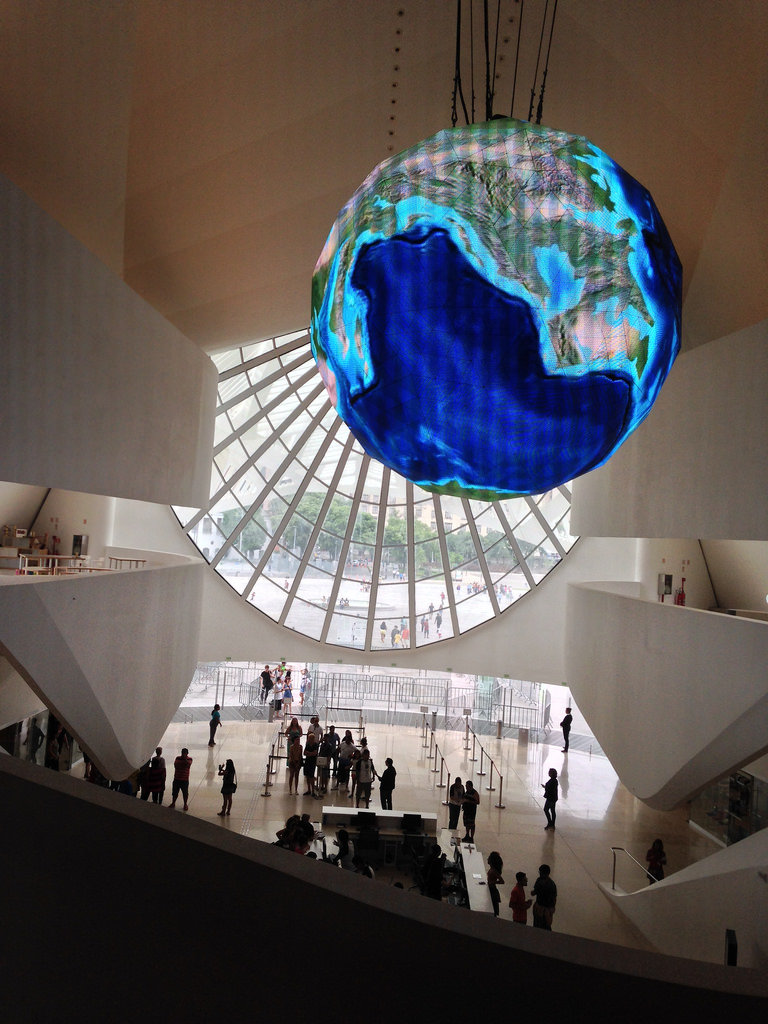 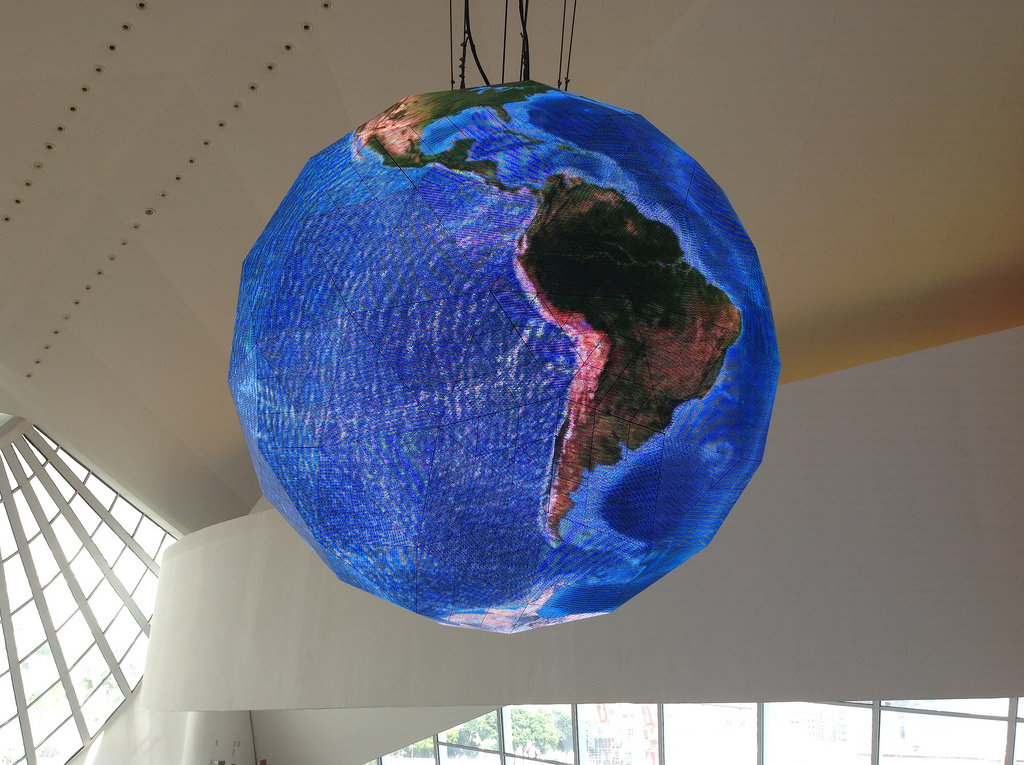 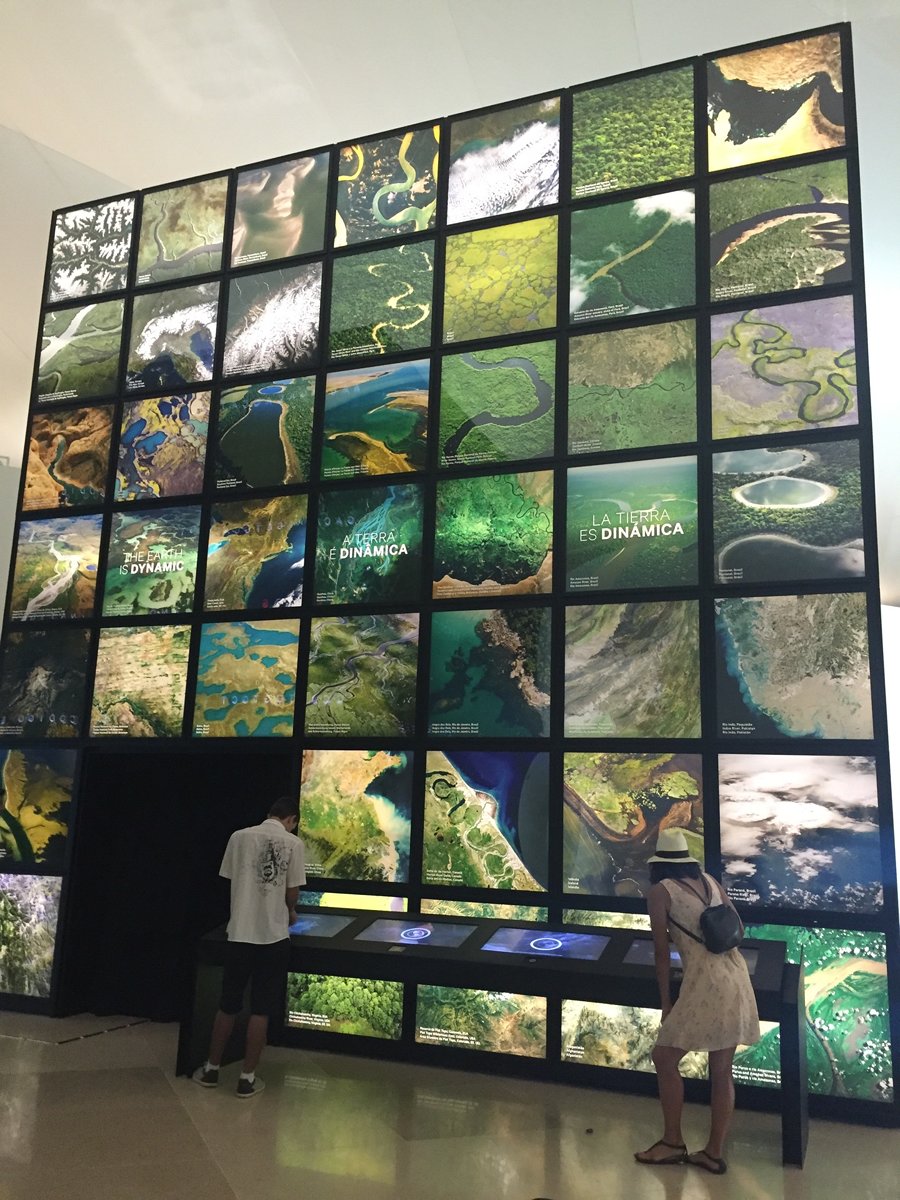 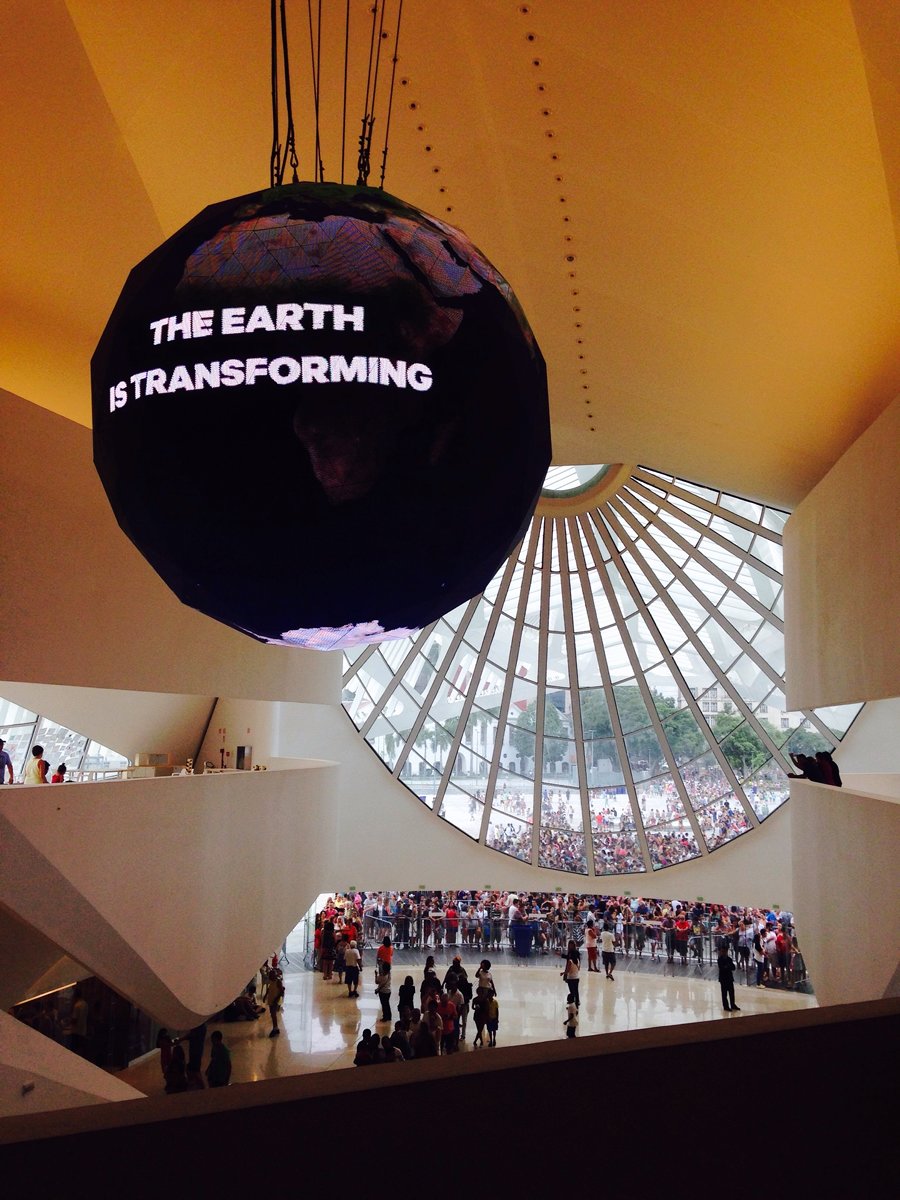 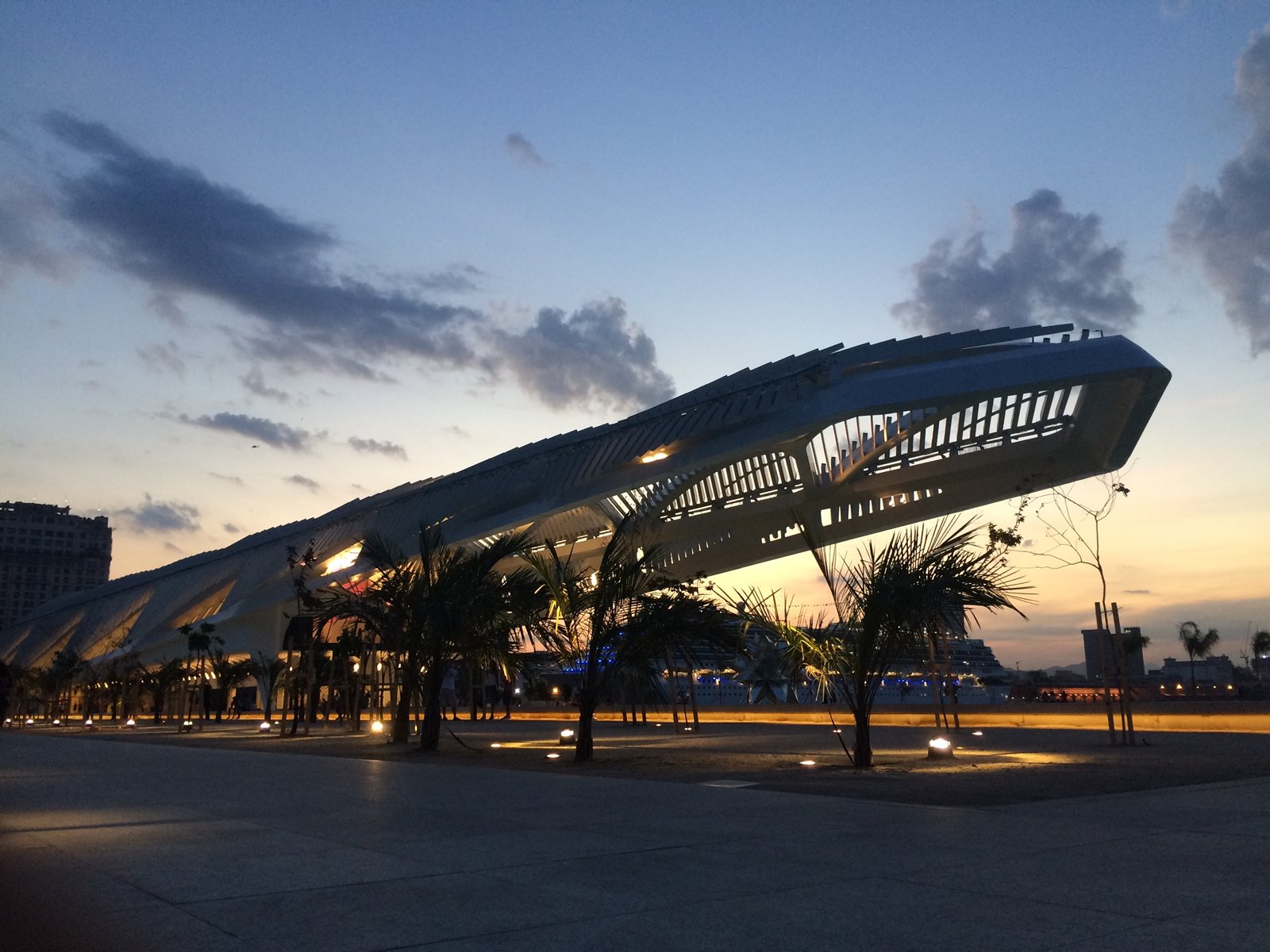