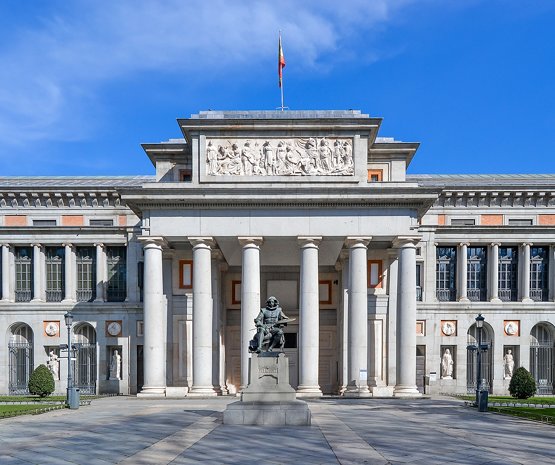 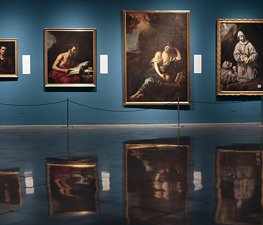 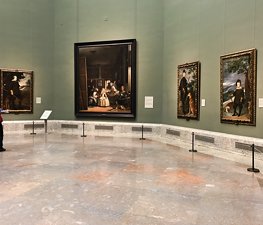 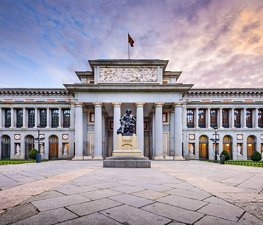 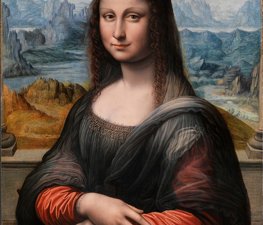 The Museo del Prado is a museum and art gallery located in Madrid, the capital of Spain. It features one of the world's finest collections of European art, from the 12th century to the early 19th century, based on the former Spanish Royal Collection.

Founded as a museum of paintings and sculpture, it also contains important collections of more than 5,000 drawings, 2,000 prints, 1,000 coins and medals, and almost 2,000 decorative objects and works of art. Sculpture is represented by more than 700 works and by a smaller number of sculptural fragments. It is one of the most visited sites in Madrid.

, by Diego Velázquez, is the museum's most famous work of art.]] , by Francisco de Goya, is another one of the museum's most famous works of art.]] With about 1,300 paintings on display in the museum, the museum's world class status is secured. The Prado has easily the world's finest collection of Spanish painting, with large numbers of the finest works of Diego Velázquez and Francisco Goya, as well El Greco, Bartolomé Estéban Murillo, Jusepe de Ribera, Francisco de Zurbarán, and most other leading Spanish old masters. There are also large groups of important works by the Dutch painter Hieronymus Bosch (a personal favorite of King Philip II of Spain), Titian, Peter Paul Rubens, Raphael, and Joachim Patiner. Fine examples of the works of Andrea Mantegna, Botticelli, Caravaggio, Guido Reni, Albrecht Dürer, Rembrandt, Orazio Gentileschi, Artemisia Gentileschi, Veronese, Hans Baldung Grien, Fra Angelico, Antonello da Messina, Van der Weyden, Nicolas Poussin, Claude Gellée, Thomas Gainsborough, Thomas Lawrence, and many other notable artists are also on display in the museum.

The best known work on display at the museum is Las Meninas by Velázquez. Velázquez not only provided the Prado with his own works, but his keen eye and sensibility was also responsible for bringing much of the museum's fine collection of Italian masters to Spain.

Pablo Picasso's renowned work Guernica was exhibited in the Prado upon its return to Spain after the restoration of democracy, but was moved to the Museo Reina Sofía in 1992 as part of a transfer of all works later than the early 19th century to other buildings for space reasons.

The Museo del Prado is one of the buildings constructed during the reign of Charles III (Carlos III) as part of a grandiose building scheme designed to bestow upon Madrid a monumental urban space. The building that lodges the Museum of the Prado was initially conceived by José Moñino y Redondo, conde de Floridablanca and was commissioned in 1785 by Charles III for the reurbanización of the Paseo del Prado. To this end, Charles III called on one of its favorite architects, Juan de Villanueva, author also of the nearby Botanical Garden and the City Hall of Madrid. The prado ("meadow") that was where the museum now stands gave its name to the area, the Salón del Prado (later Paseo del Prado), and to the museum itself upon nationalisation. Work on the building stopped at the conclusion of Charles III's reign and throughout the Peninsular War and was only initiated again during the reign of Charles III's grandson, Ferdinand VII. The structure was used as headquarters for the cavalry and a gunpowder-store for the Napoleonic troops based in Madrid during the War of Independence.

The museum was opened in 1819. Upon the deposition of Isabella II in 1868, the museum was nationalized and acquired the new name of "Museo del Prado". The building housed the royal collection of arts, and it rapidly proved too small. The first enlargement to the museum took place in 1918.

from the church of San Baudelio de Berlanga, on display at the Romanesque chamber]] .]] The main building was enlarged with short pavilions in the back between 1900 and 1960. The next enlargement was the incorporation of two buildings (nearby but not adjacent) into the institutional structure of the museum: the Casón del Buen Retiro which housed the bulk of the 20th century art from 1971 to 1997, and the Salon de Reinos (Throne building), formerly the Army Museum.

The last enlargement (2007), designed by architect Rafael Moneo, is an underground building which connects the main building to another one entirely reconstructed.

During the Spanish Civil War, upon the recommendation of the League of Nations, the museum staff removed 353 paintings, 168 drawings and the Dauphin's Treasure and sent the art to Valencia, then later to Girona, and finally to Geneva. The art had to be returned across French territory in night trains to the museum upon the commencement of World War II.

In 2007, the Museum executed the Moneo's project to expand its exposition room to 16,000 square meters, hoping to increase the yearly number of visitors from 1.8 million to 2.5 million. The 16th-century Cloister of Jerónimo has been removed stone by stone to make foundations for increased stability of surrounding buildings and will be re-assembled in the new museum’s extension. Hydraulic jacks had to be used to prevent the basement walls from falling during construction.

Near the Museo del Prado are two other national museums: the Museo Arqueológico houses some art of Ancient Egypt, Mesopotamia, Greece, and Rome formerly in the Prado Collection; the Museo Reina Sofía houses 20th-century artwork. These two museums supplement the Prado, as do the Buen Retiro and Thyssen-Bornemisza Museum (all within a short walk of each other).

The Prado in Google Earth

The Prado Museum allowed Google to photograph 14 of the museum's masterpieces to incorporate these in the Google Earth software program as well as the Google Maps web application. The images are searchable and zoom capability allows for close-up views of paint texture and fine detail.

The American writer Ernest Hemingway was a great fan of the museum. As he writes in his 1932 non-fiction delights-of-Spain book Death in the Afternoon, what he admired was the museum's simplicity and clarity:

Dubaduba~commonswiki @ WikiCommons
"If Madrid had nothing else than the Prado it would be worth spending a month in every spring, if you have money to spend a month in any European capital...The Prado is altogether characteristic of Madrid. From the outside it looks as unpicturesque as an American High School building. The pictures are so simply arranged, so easy to see, so well-lighted and with no attempt, with one exception, the Velasquez of the small maids of honor, to theatricalize or set off masterpieces that the tourist looking in the red or blue guide book to see which are the famous ones feels vaguely disappointed. The colors have kept so wonderfully in the dry mountain air and the pictures are so simply hung and easy to see that the tourist feels cheated. I have watched them being puzzled. These cannot be great pictures, the colors are too fresh and they are too simple to see. These pictures are hung as though in a modern dealer's gallery where they are being shown off to their best and clearest advantage in order to be sold. It cannot be right, the tourist thinks. There must be a catch somewhere."

Heleno Schneider
If you have no time at all, make sure to visit the Goya room with his dark paintings. Astounding, disturbing and fascinating. If you have time, see it all :) Enjoy!

GowithOh
Search out The Garden of Earthly Delights by H. Bosch, Las Meninas by Velázquez, and Goya's best-known portraits (same room), The Nude Maja and The Clothed Maja. + Tips: http://gwo.is/1day-madrid-fq

Harpreet Sethi
it is amazing value for money €14 general ticket, goya exhibition is on around new year '15 they have a few paintings of raphael and Rembrandt as well. Buy tickets from the goya entrance.

Matt Hanson
Great to see Velázquez, especially the meta-portrait Las Meninas, but it is the viscerality of Goya's 'Black paintings' that are a highlight. Especially Saturn.

Nayef Alghamdi
#Prado is huge with vast collection of amazing art that you must see. Tips: you can enjoy 2 hours for free from 6:00-8:00 pm. Plan your visit ahead of time with what you want to see.

Elen Mantel
They offer 1h, 2h or 3h trails on audio guide but they are done wrongly and it’s impossible to keep track without map. Check for highlights before the trip and plan in advance if you have little time
Load more comments
foursquare.com
8.9/10
Sandra, Chris Romas and 532,326 more people have been here
I've been here
Add to wishlist

The Museo Nacional de Antropología (or National Museum of 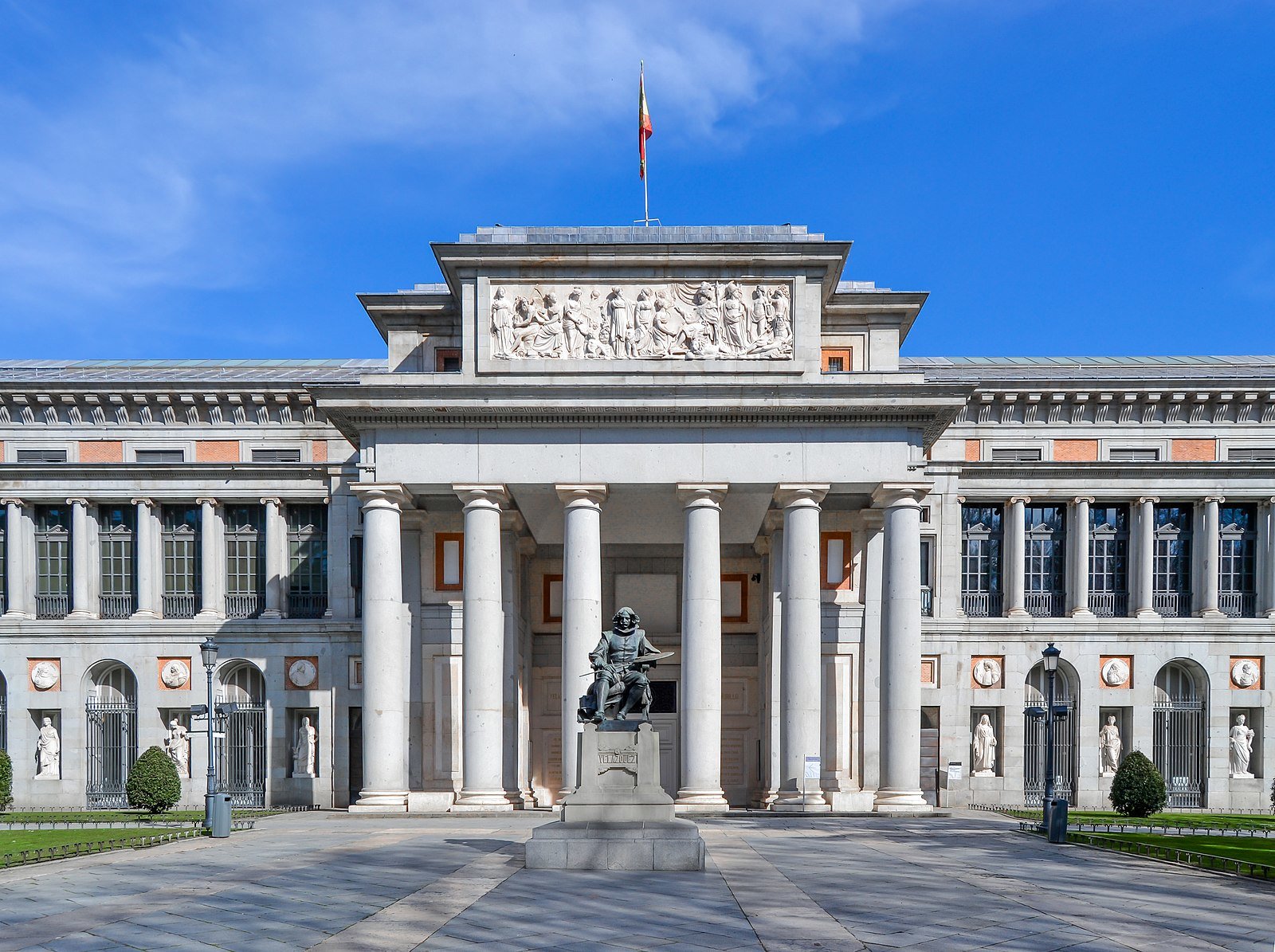 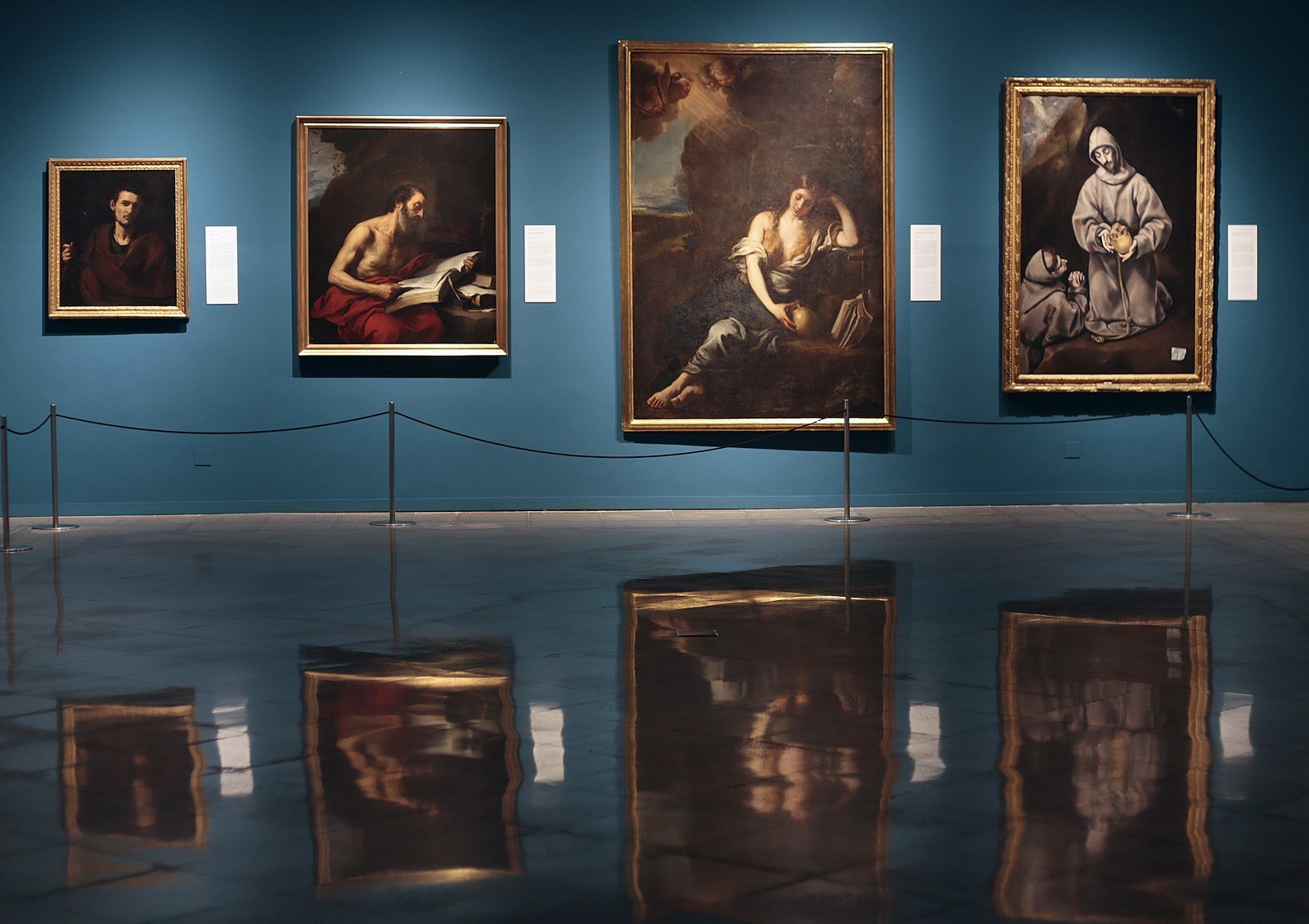 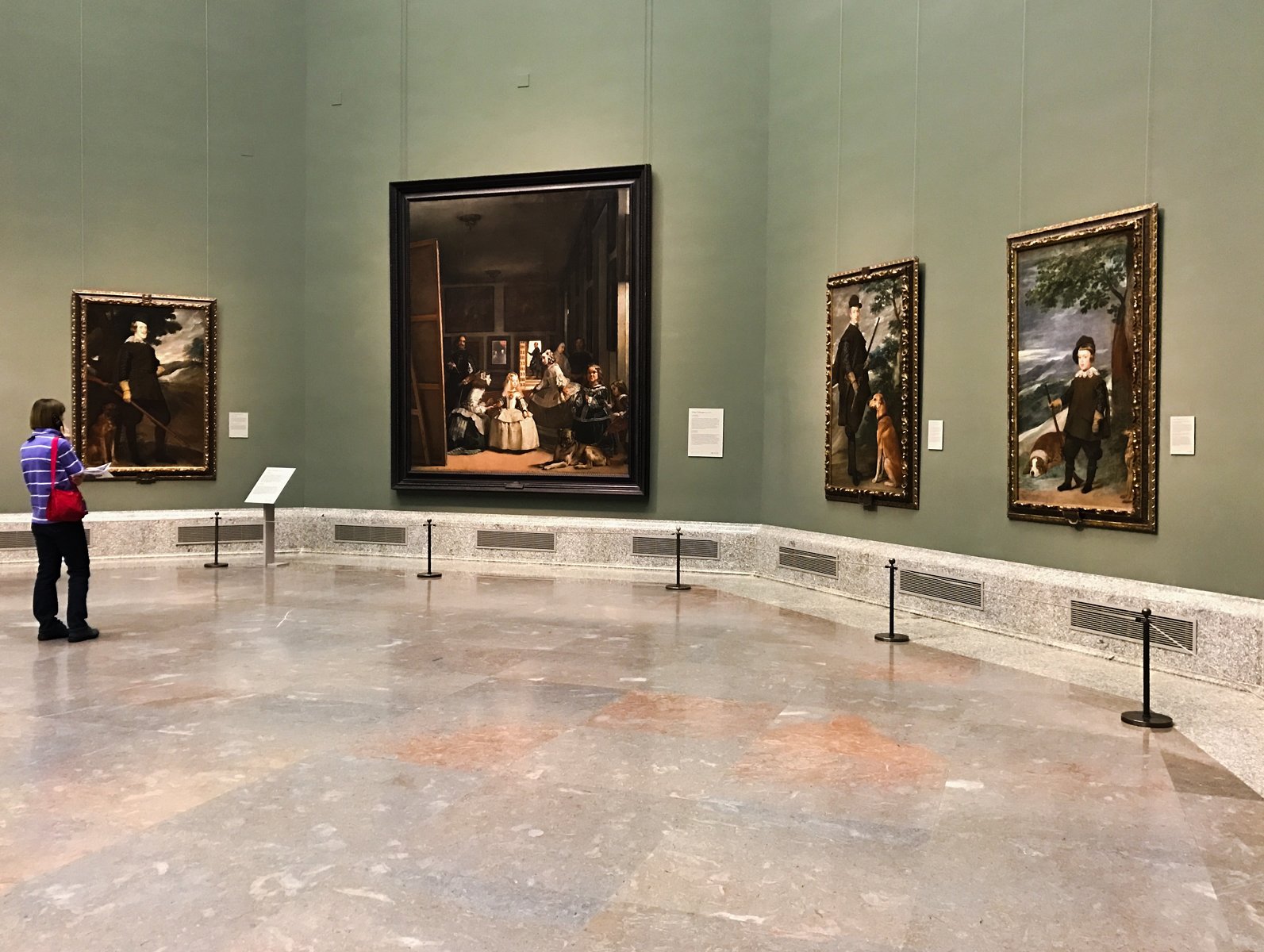 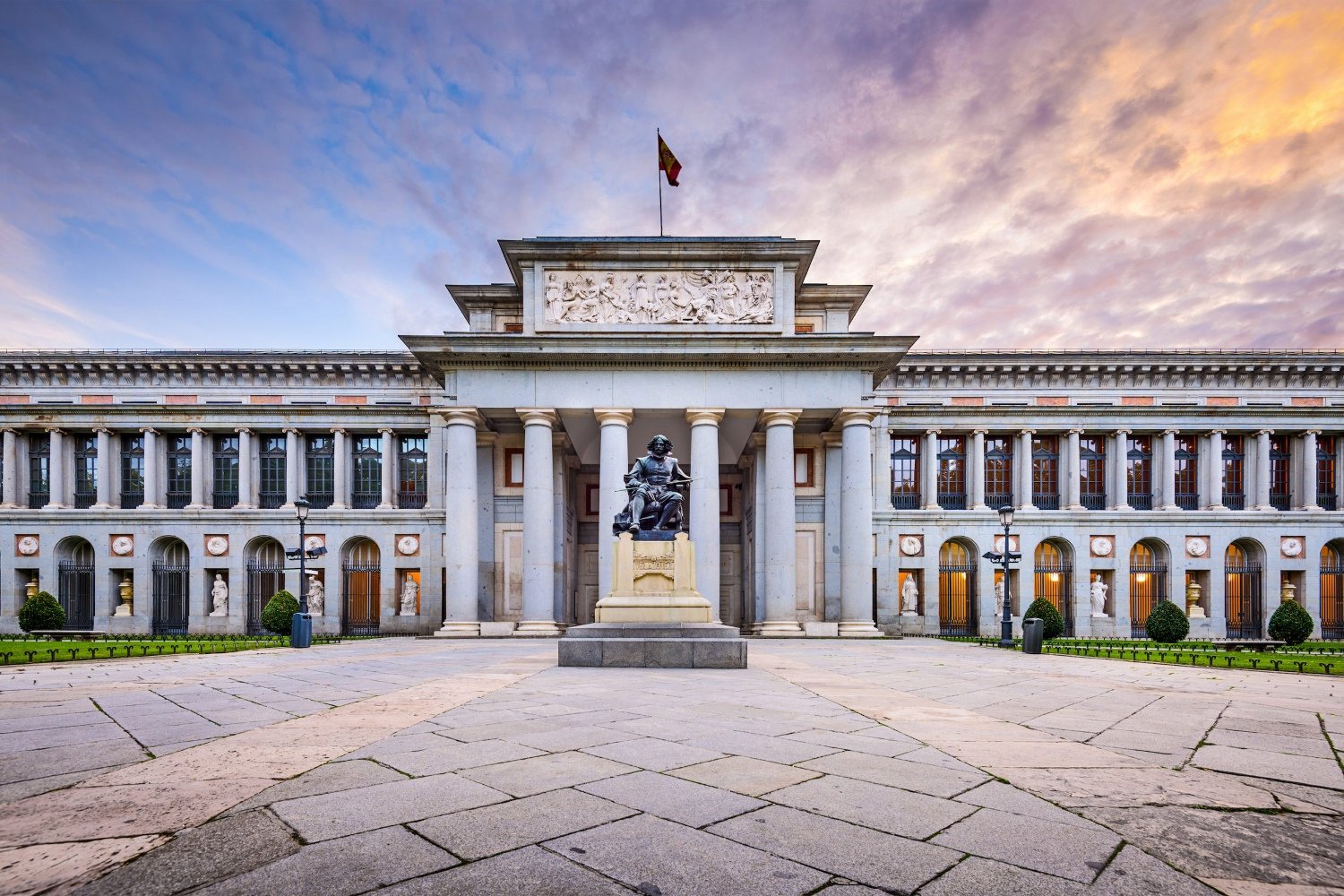 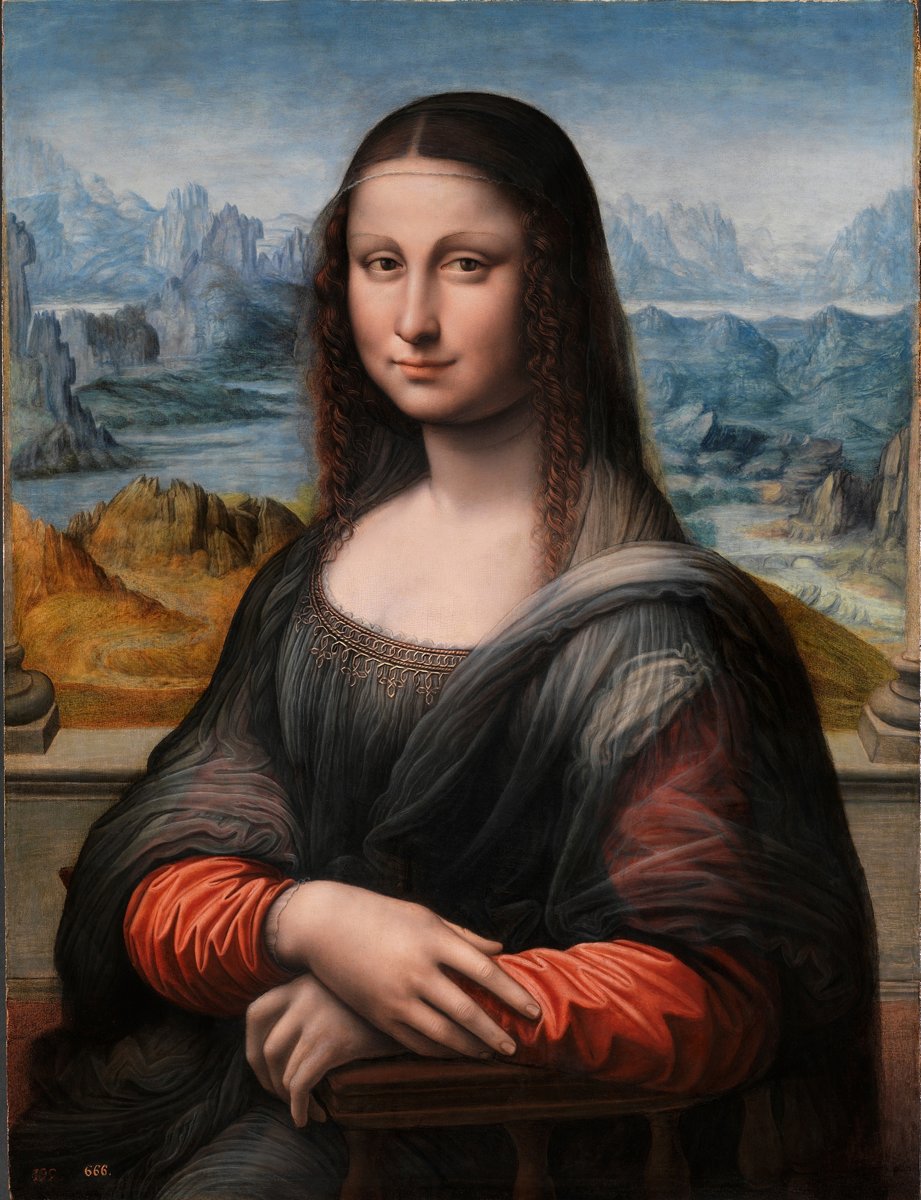 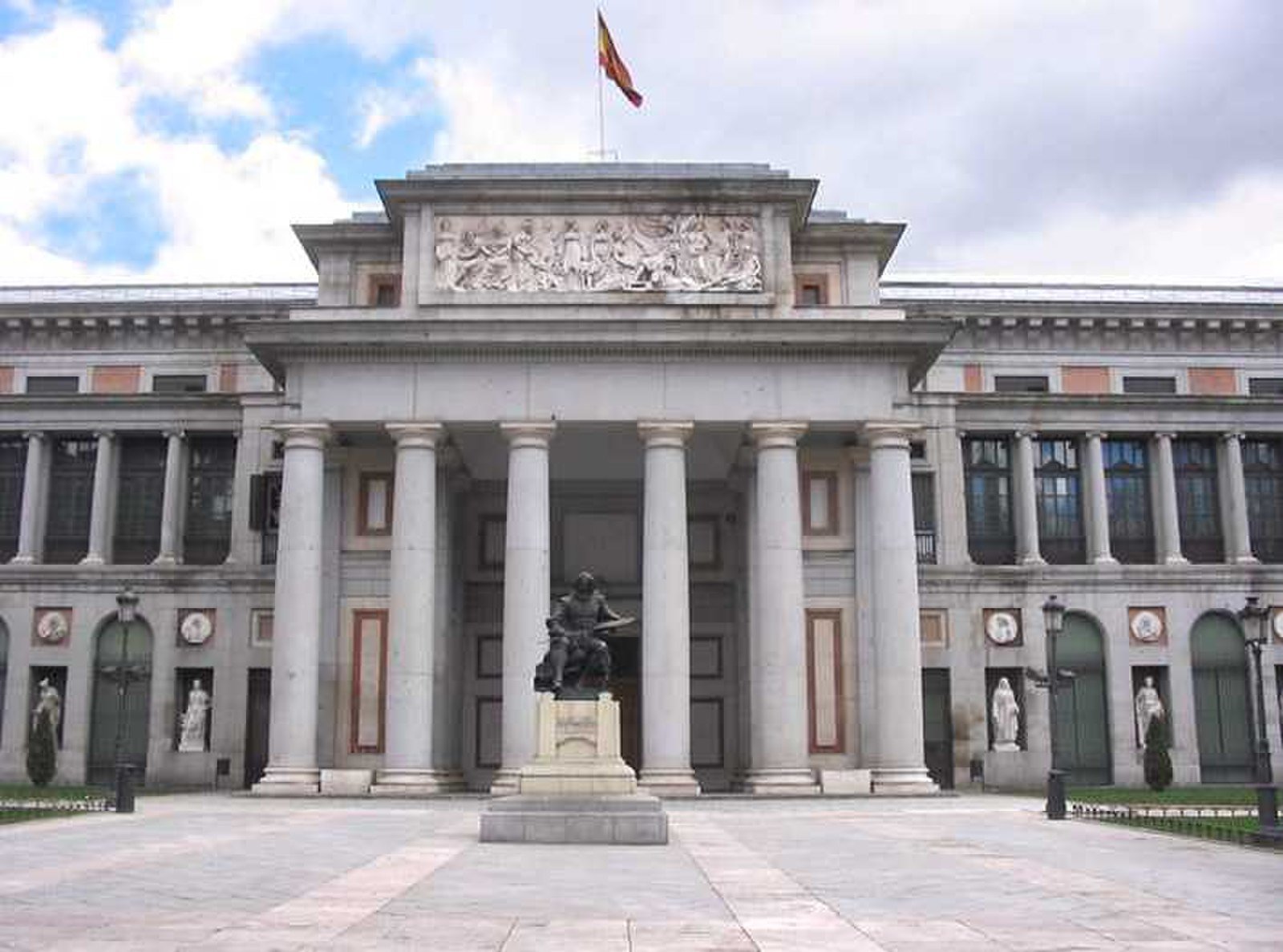 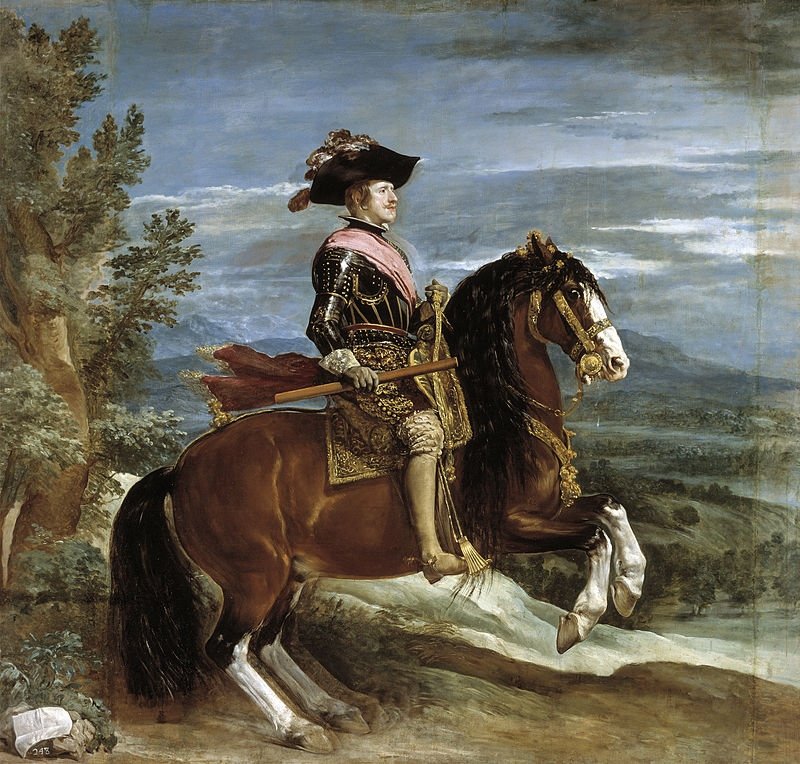 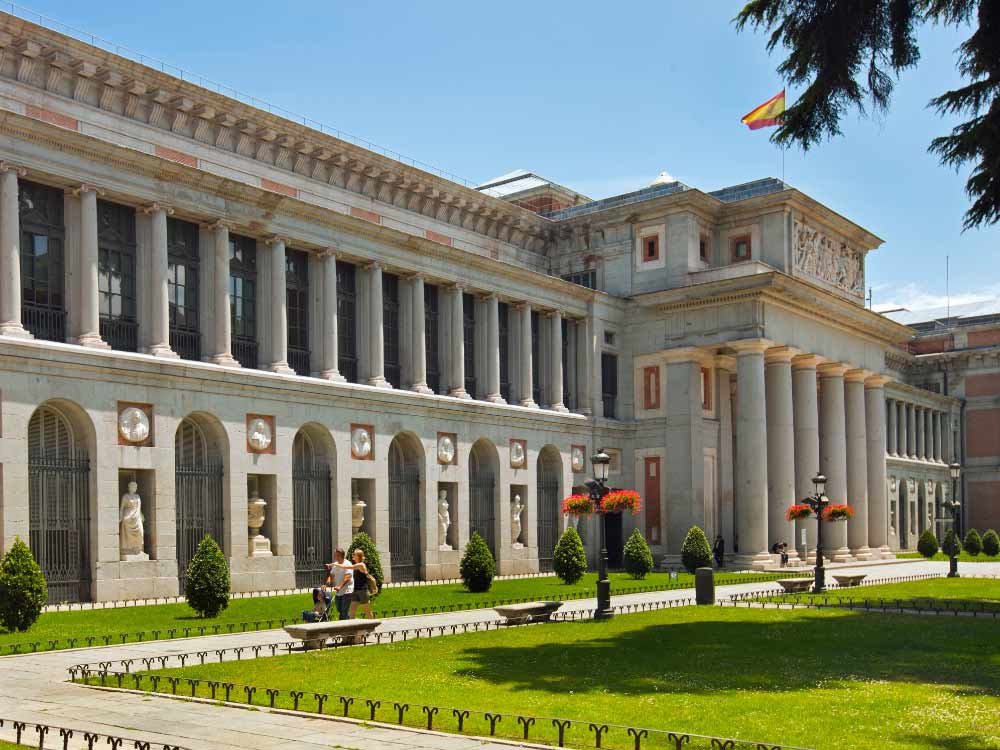 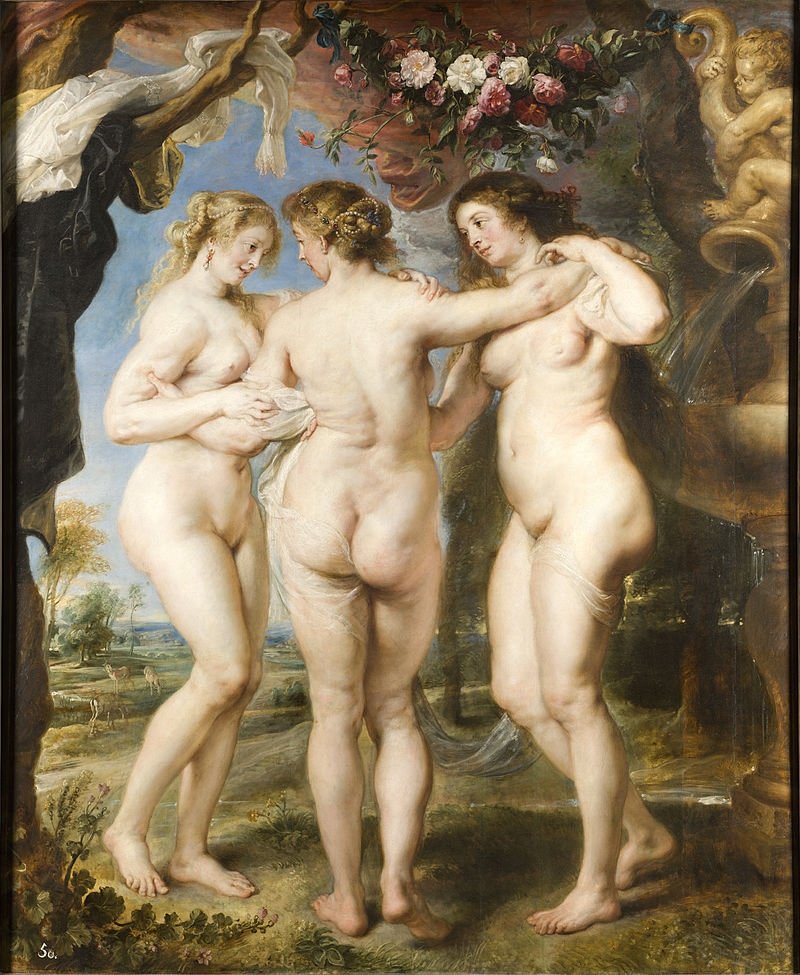 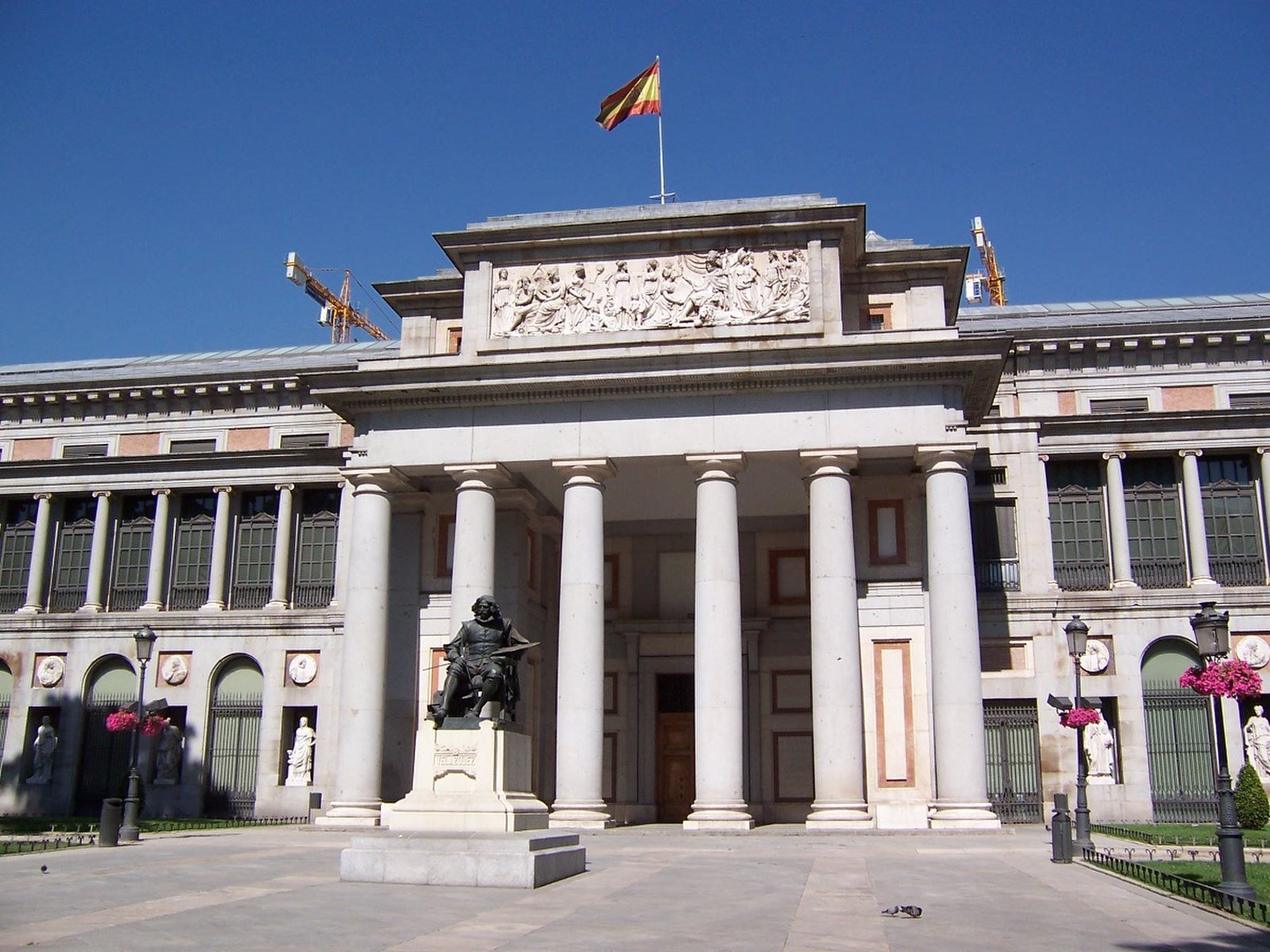 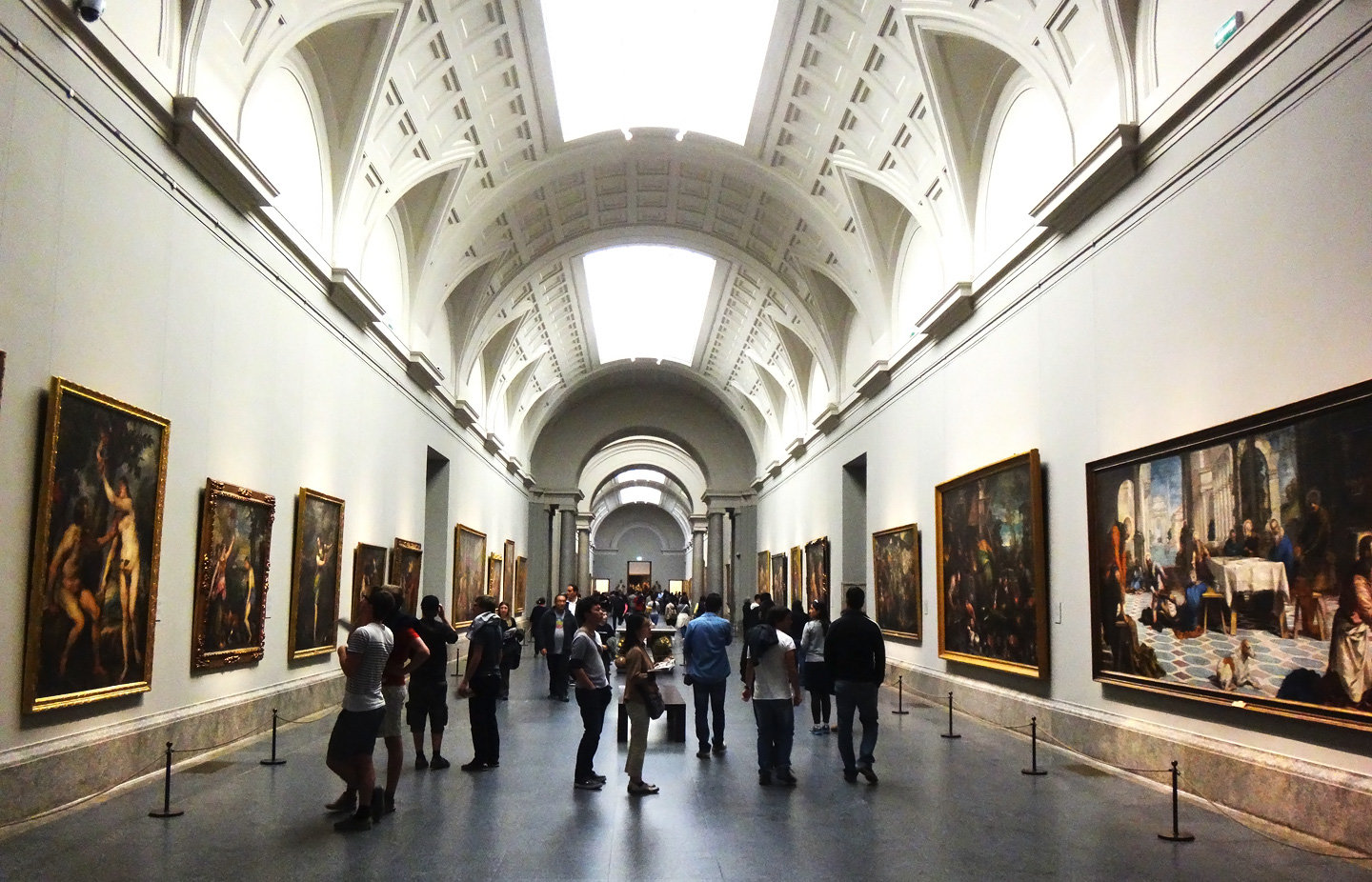 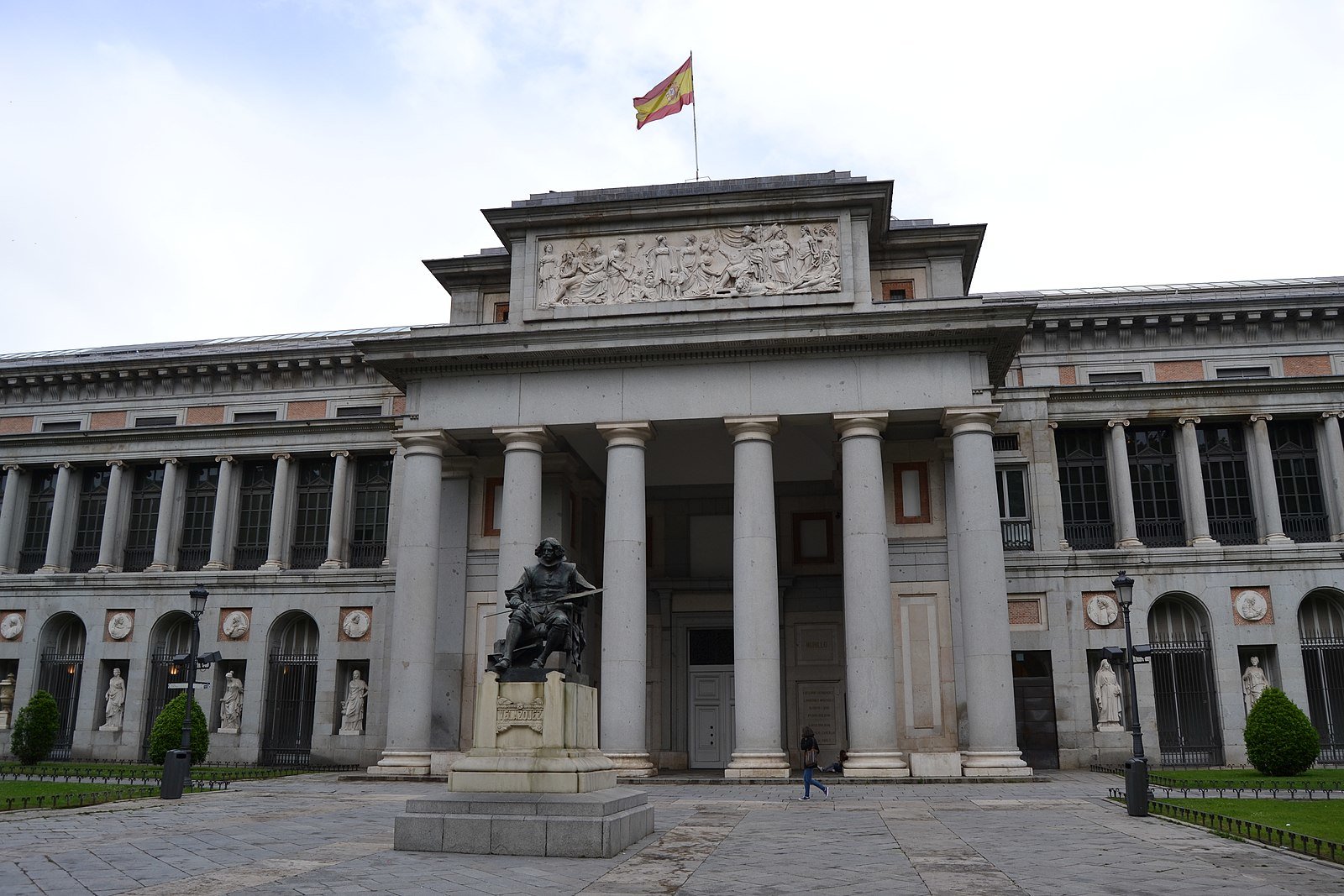 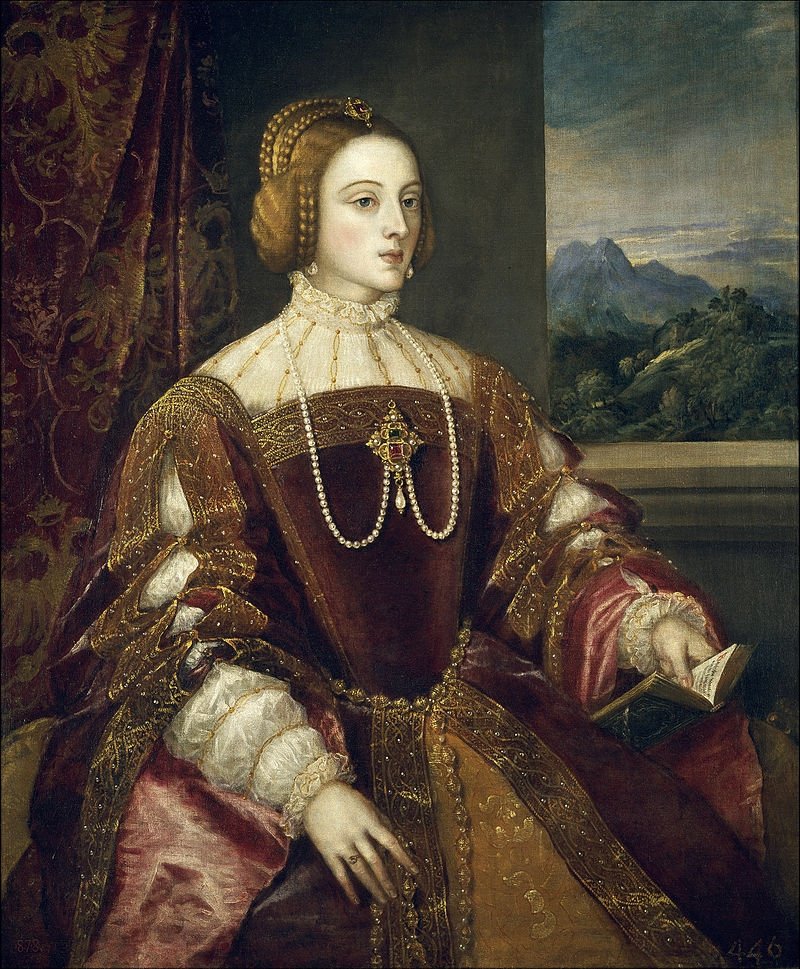 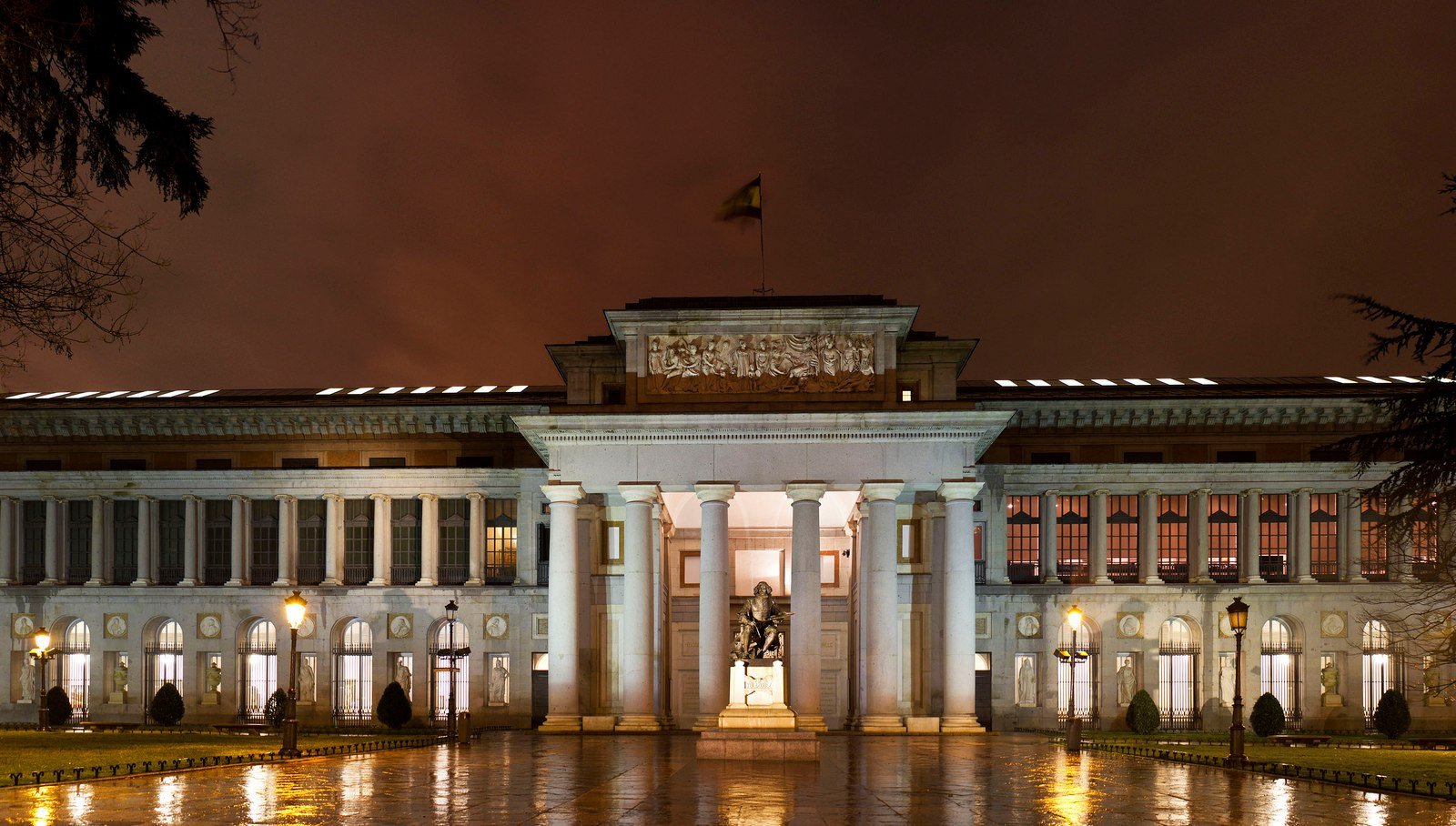 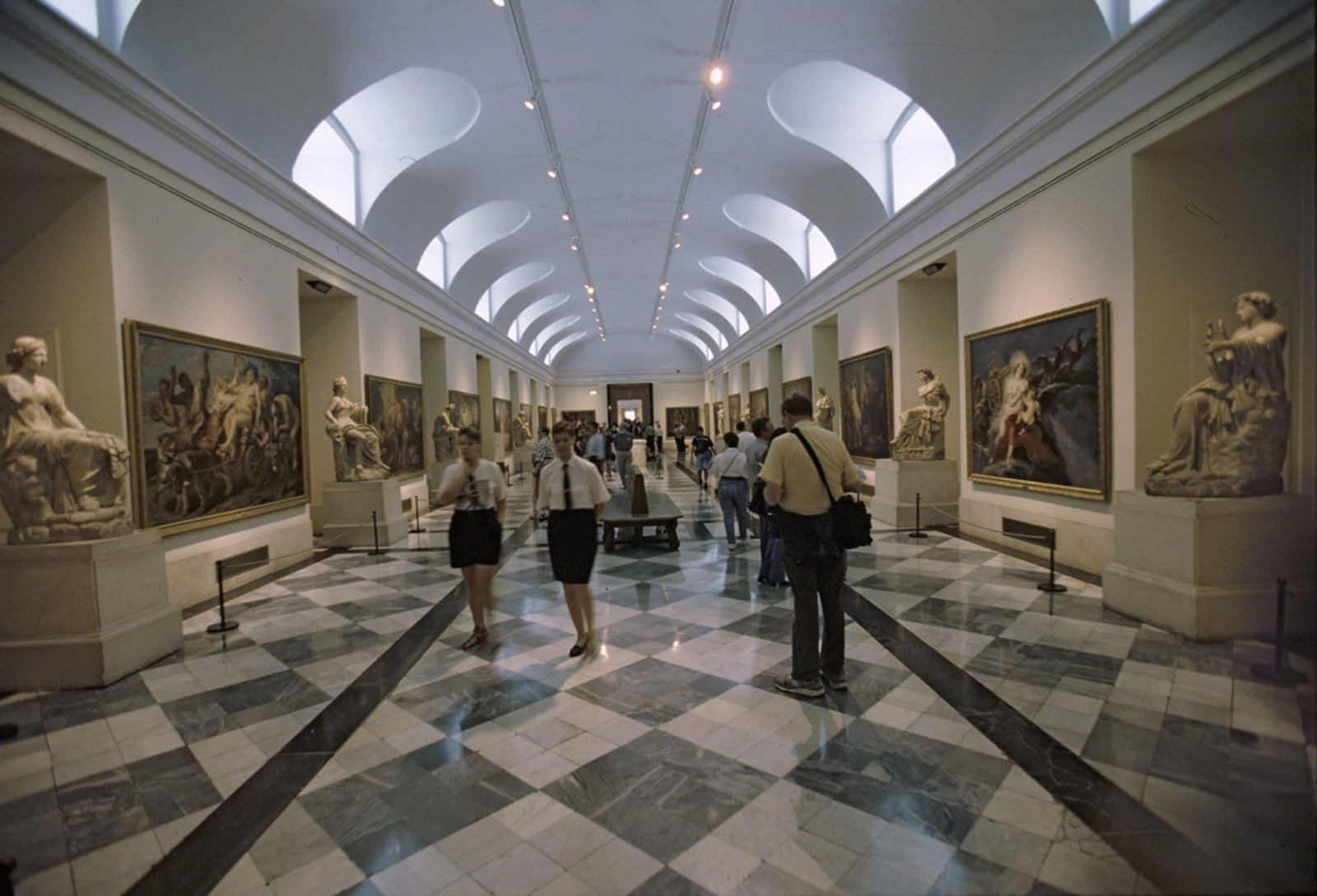 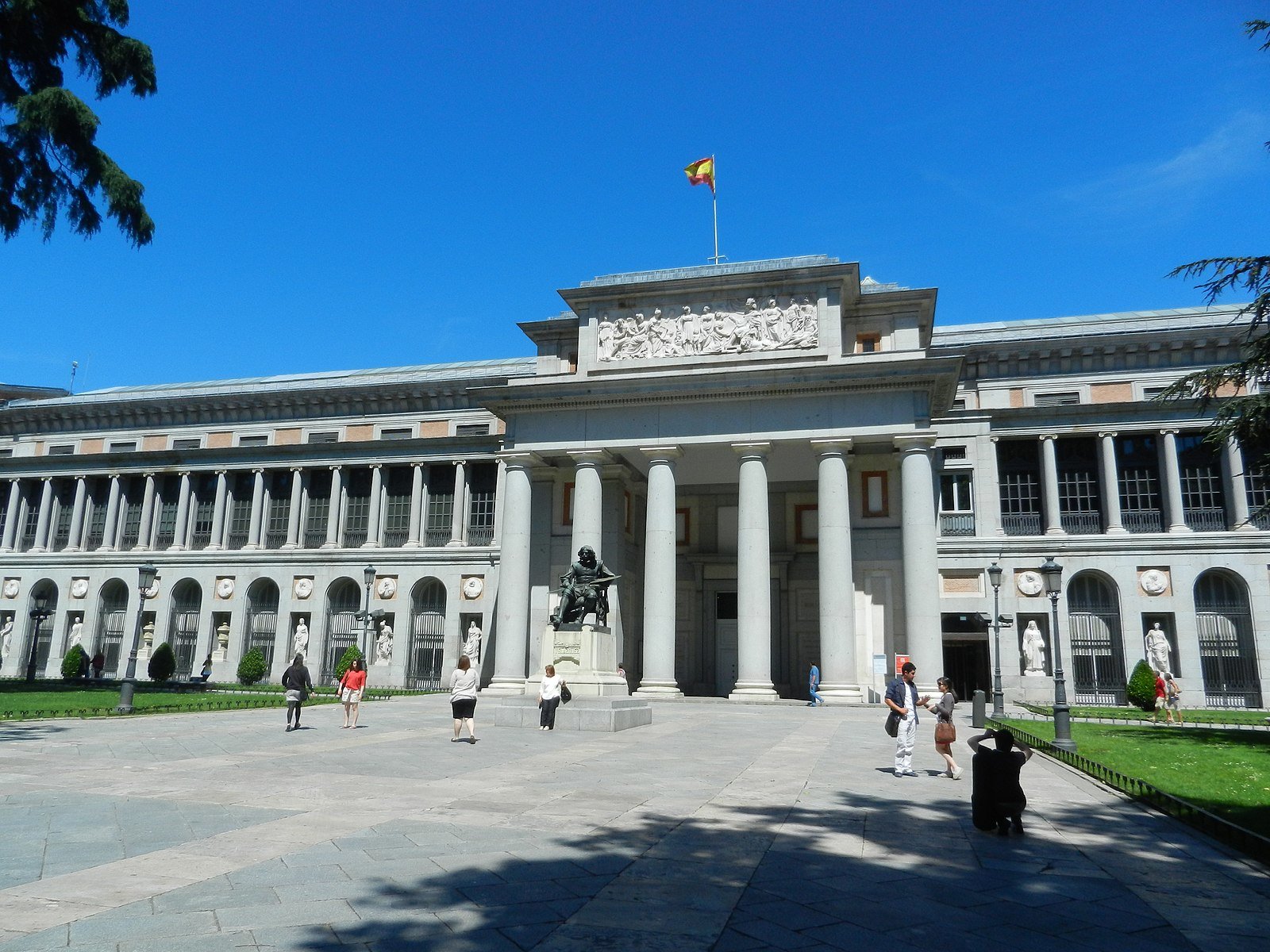 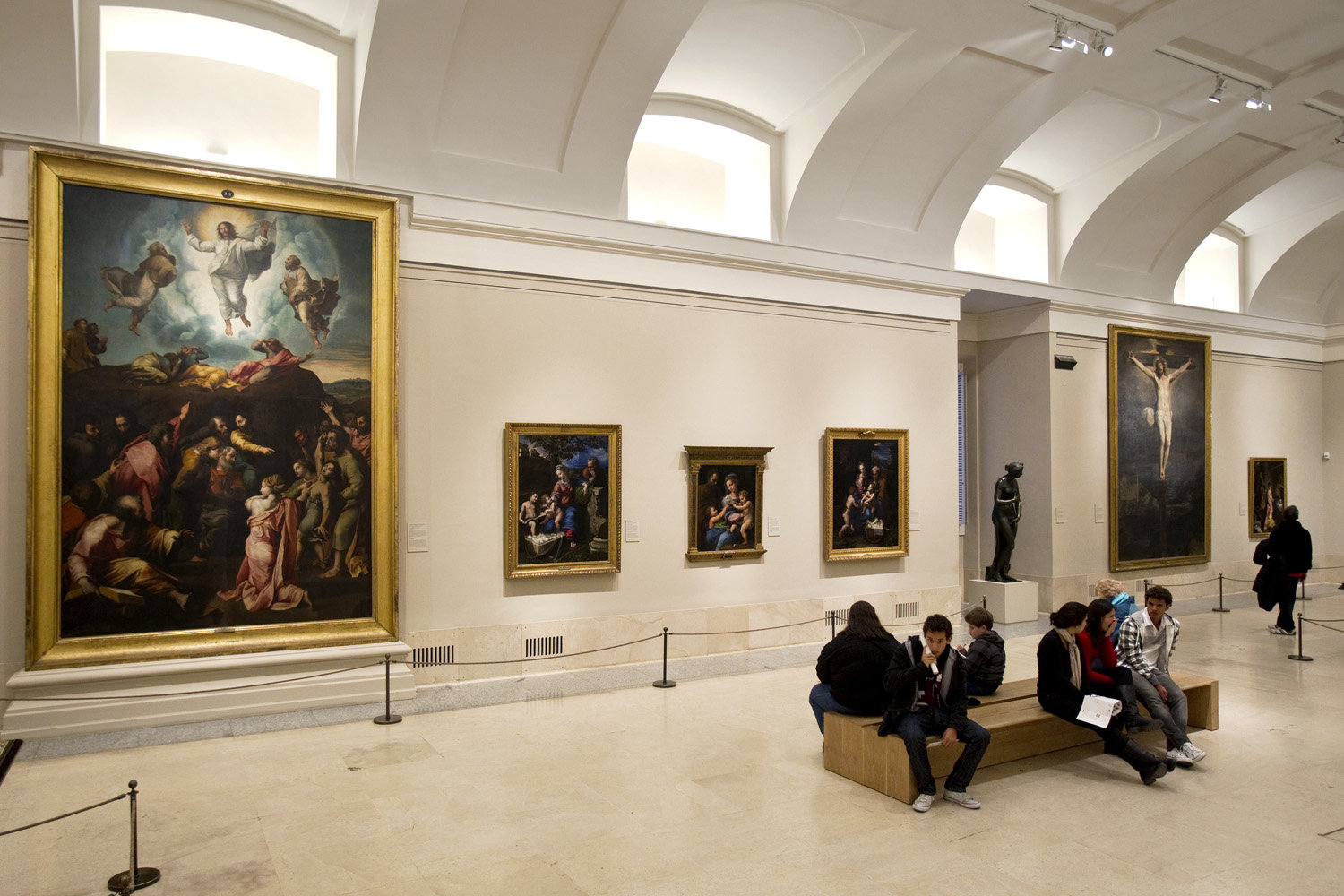 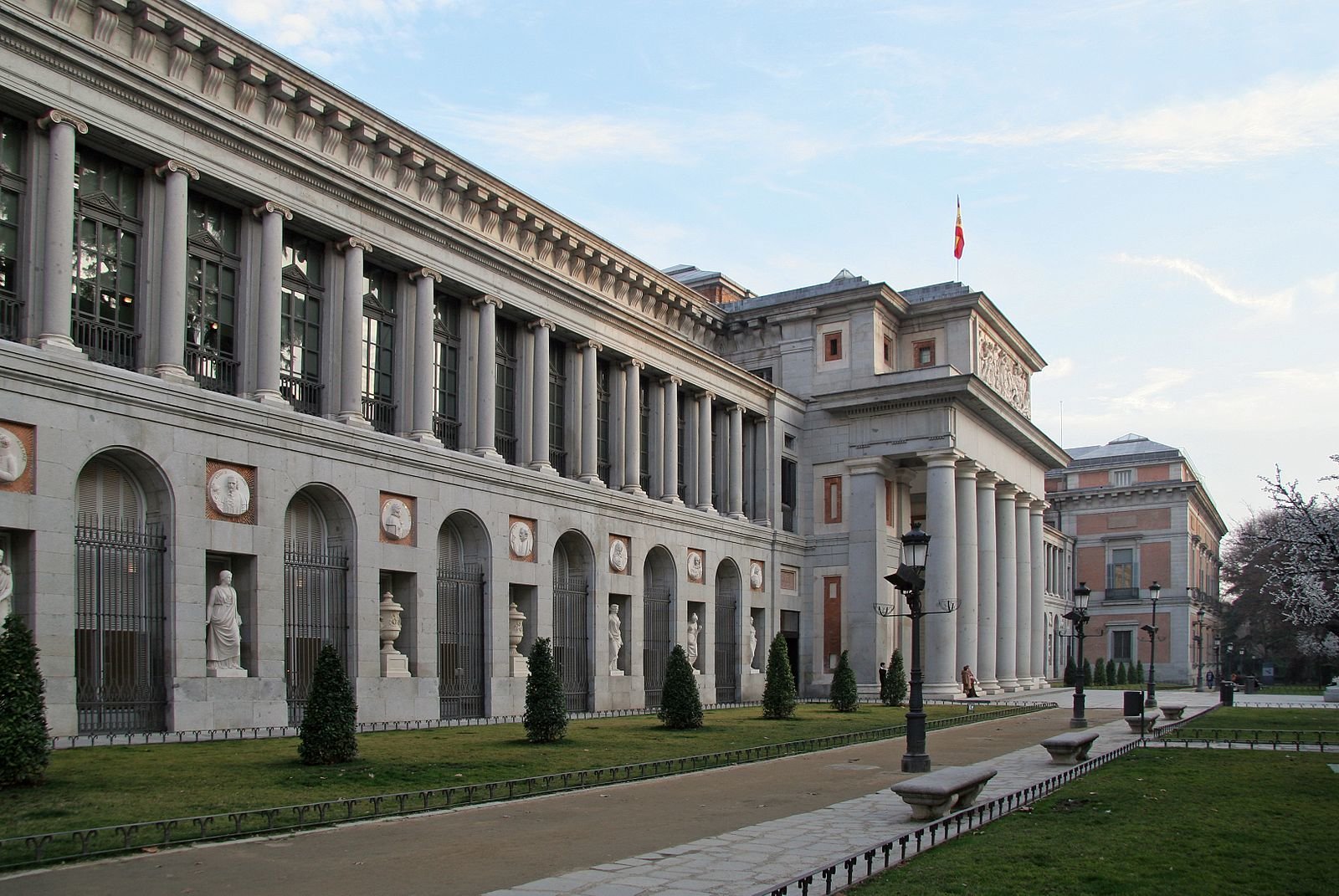 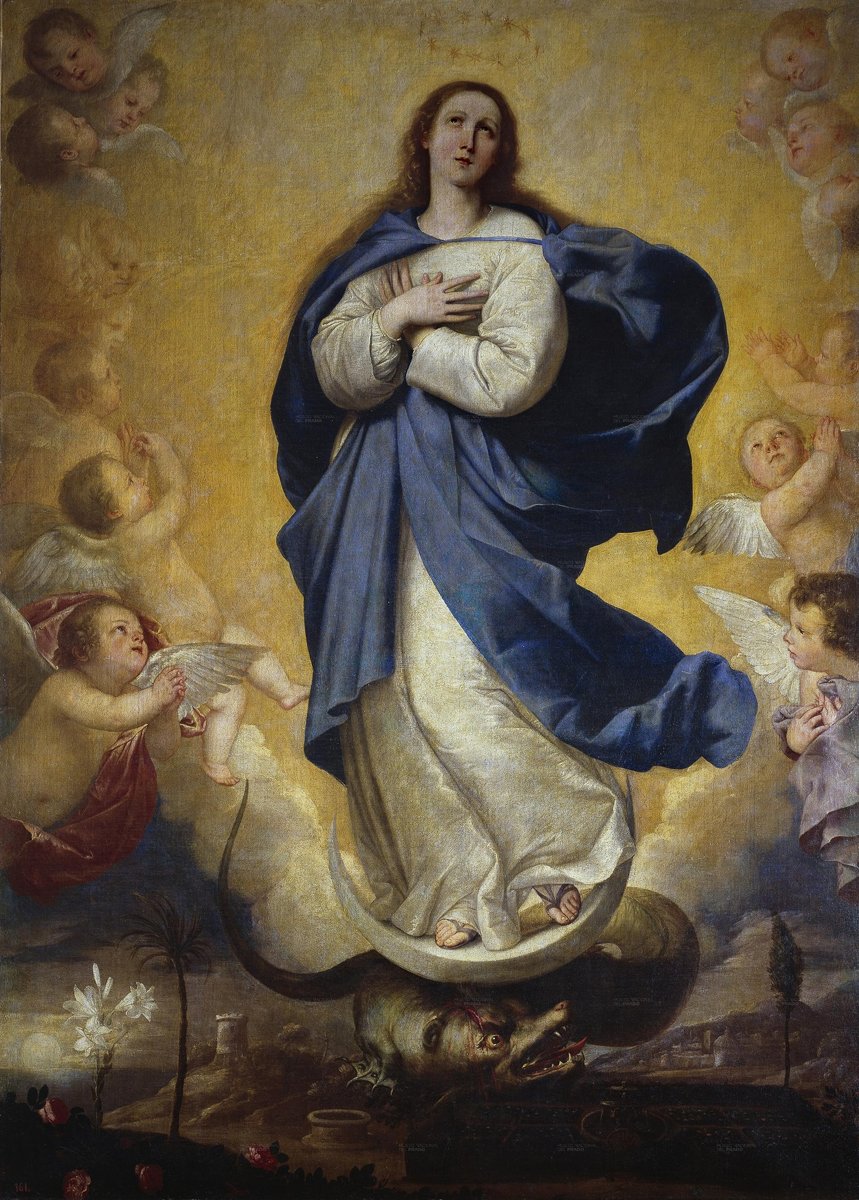 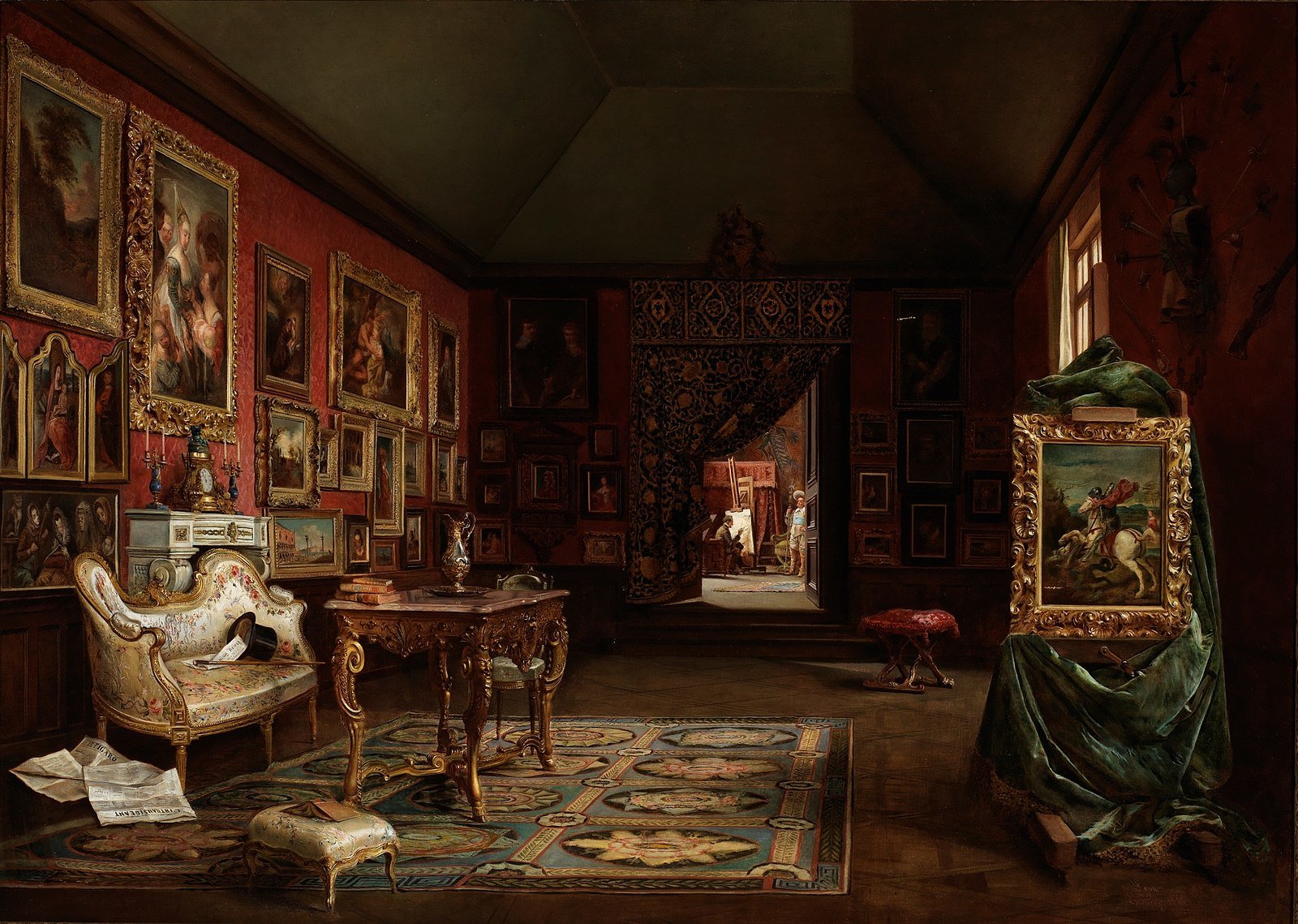 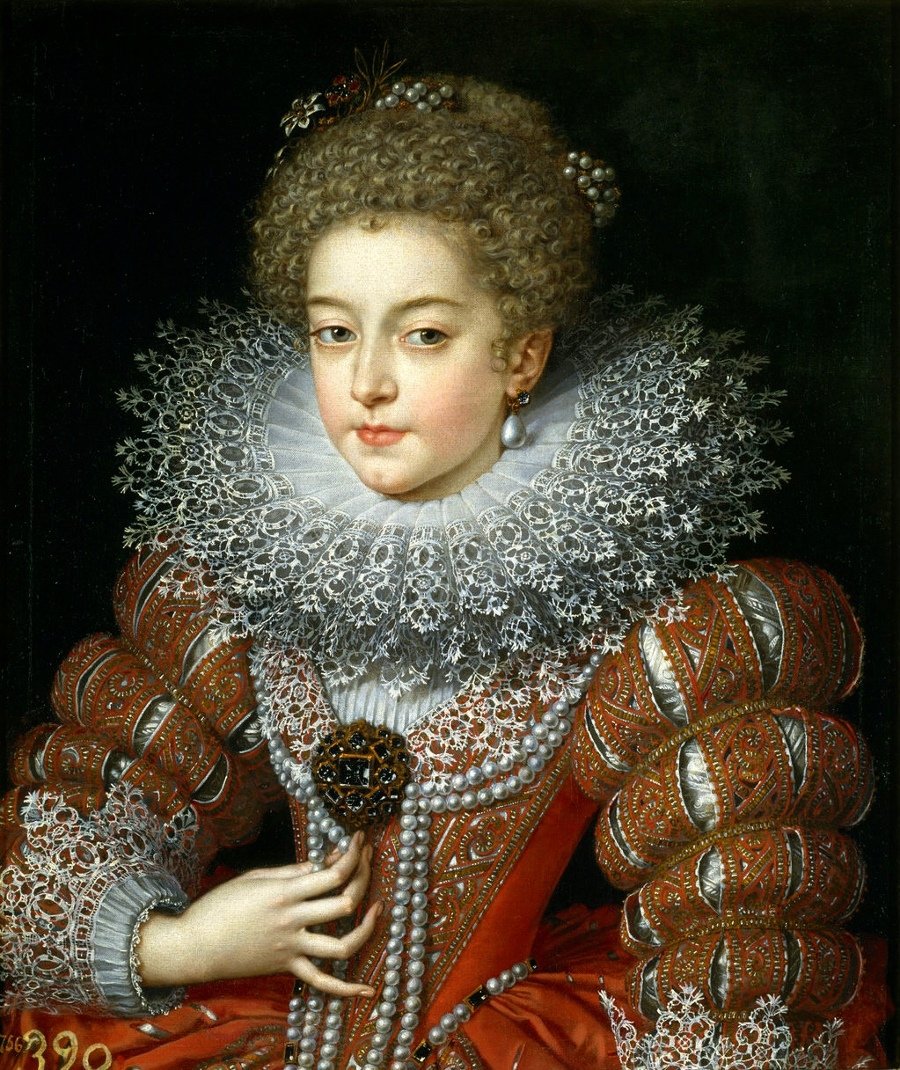