×
What are you looking for?
See all results
Contemporary art galleries in Miguel Hidalgo 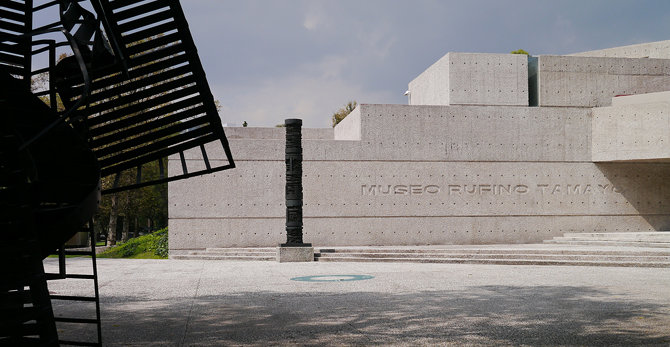 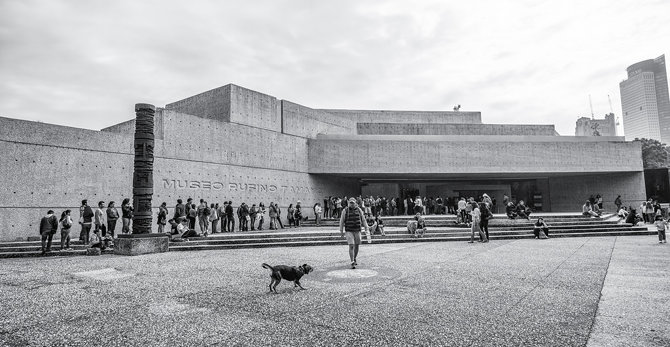 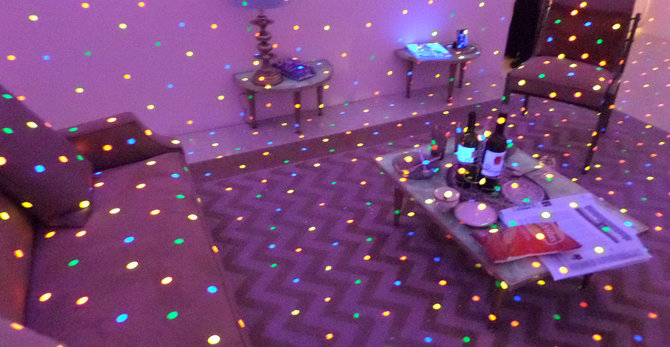 Seeking to establish itself as a point of reference of the twenty-first century museum in Mexico and Latin America, the museum produces exhibitions and public programming generating knowledge and information to a diverse audience, enriching and fostering the aesthetic experience and critical senses of its spectators. The museum aims to stimulate dialogue serving as a platform for the various projects that are being developed in different areas of cultural production, including design, architecture and publishing, amongst others.

The building was the first major museum in Mexico built with private funds, with Tamayo participating in its design, which won the Premio Nacional de Arte in 1982. The Instituto Nacional de Bellas Artes (INBA) has run the museum since 1986 and in 2012, the facility was expanded from three halls to five.

Rufino Tamayo (Oaxaca, 1899 – Mexico City, 1991) began to collect pieces for his international contemporary art collection from the end of the 1960s, in order to give Mexicans access to twentieth-century art. This led to the creation of the Museo Tamayo, with its collection of artworks from the second half of the twentieth century. During its 31 years in existence, the museum has grown through donations from artists whose work has been exhibited there, and also thanks to a program of acquisitions by the Fundación Olga y Rufino Tamayo (FORT) and most recently by the Instituto Nacional de Bellas Artes (INBA).

The original museum was designed in 1972 by architects Abraham Zabludovsky and Teodoro González de León. After various hiatuses at the planning stage, construction began in 1979 on a plot of land donated by the government in Chapultepec Park; the building was completed two years later.

The result was a modular building with various levels that blends into its surroundings and that has a pre-Hispanic architectural feel. The various green slopes or ramps form an integral part of the composition, establishing the building’s link to Chapultepec Park, creating the impression that the museum rises up from the earth.

In 1982 the building received the National Prize for Arts and Sciences (Fine Arts category) for its characteristic design features, together with its plastic and functional solutions. With the sponsorship of Grupo Alfa and the Fundación Cultural Televisa, the Museo Tamayo was inaugurated on May 29, 1981. Five years later the museum became owned by the state and operated by the INBA, with a reinauguration held on September 9, 1986.

Since 1994, it became apparent that the building would need to be adapted to meet its needs for space and to become a cultural institution for a more demanding and participative audience. The project called for the museum to increase its offer of educational and cultural programs, as well as to add a gift shop and cafeteria in order to complement the increased range of cultural activities. However, the 1994 project never got off the ground.

The shop and cafeteria were added in improvised spaces in the 1990s. Since 2001, the shop and cafeteria have been located in various parts of the building—even one of the exhibition galleries was even sacrificed for a period in order to free up space for these services.

In 2009, the Consejo Nacional para la Cultura y las Artes (Conaculta), the Instituto Nacional de Bellas Artes (INBA) and the Fundación Olga y Rufino Tamayo, A.C. (FORT) developed the idea of the expansion project in order to maintain Rufino Tamayo’s cutting-edge spirit. To this end, the three parties signed a collaboration agreement in which they agreed to set up a mixed trust worth 84 million pesos.

It was also agreed that FORT would implement the project and it invited three construction companies to submit proposals. The firm called Arquitech was chosen on the basis of its construction proposal and the quality of its work and its parent company, WINCO. The architect Teodoro González de León was again commissioned for the extension and remodeling design.

On June 16, 2011, the stone-laying ceremony was held in the presence of Consuelo Sáizar, President of Conaculta; Teresa Vicencio, Director of the INBA; David Cohen, Chairman of FORT; Carmen Cuenca, Director of the Museo Tamayo and Teodoro González de León, the project’s architect, as well as Marcelo Ebrard, Head of the Mexico City Government and other government representatives, patrons and members of FORT.

On August 7, 2011 the museum was closed to the public and the necessary measures were taken to finally begin the works that concluded in June 2012.

The Museo Nacional de Antropología (MNA, or National Museum of

The Luis Barragán House and Studio, located in the Tacubaya suburb of 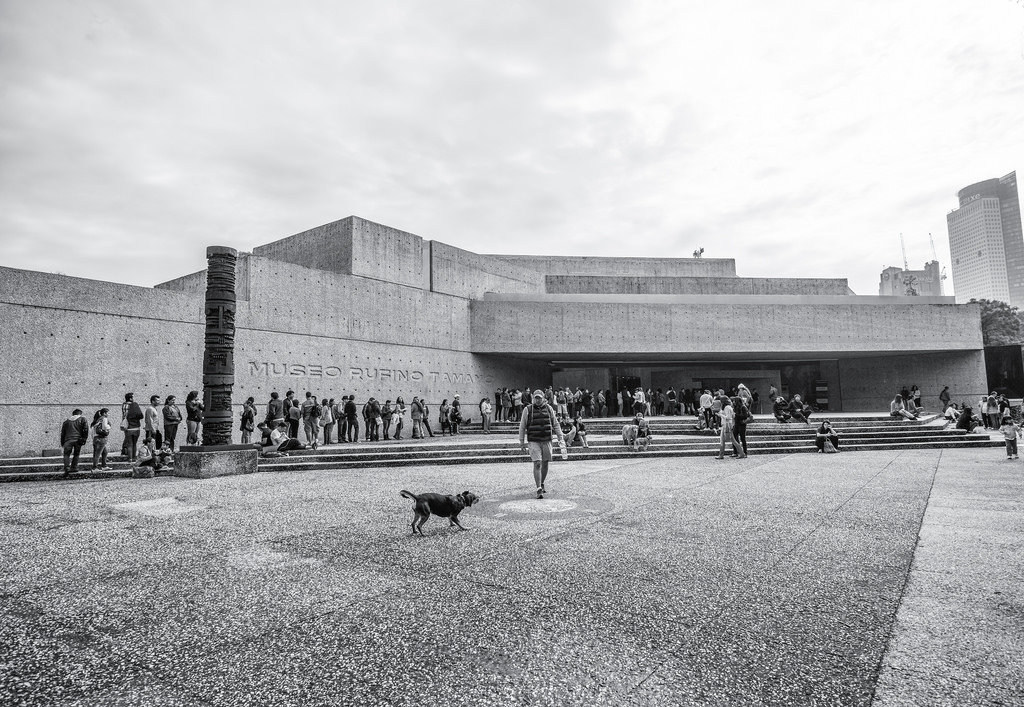 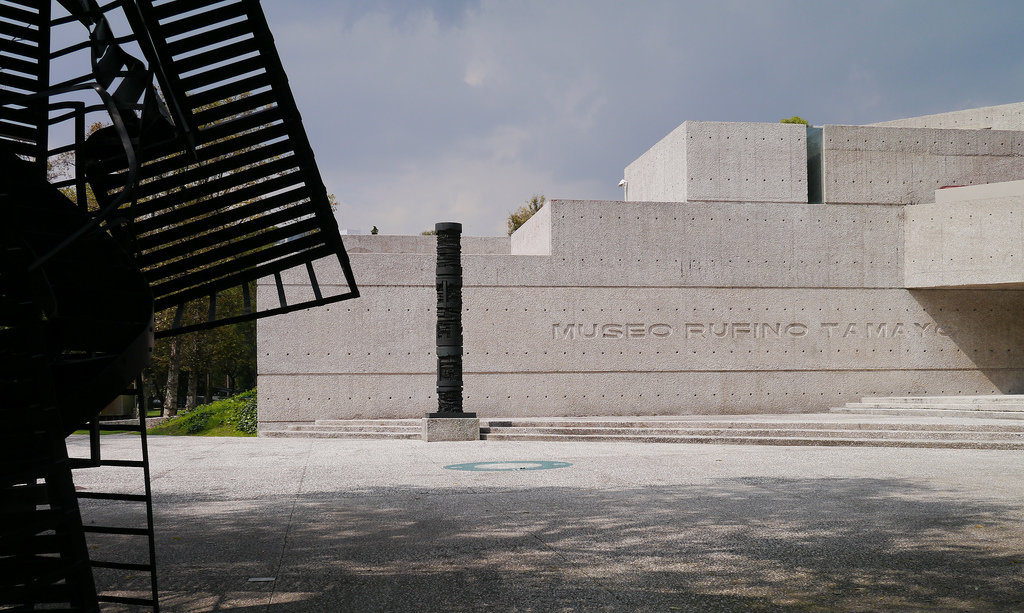 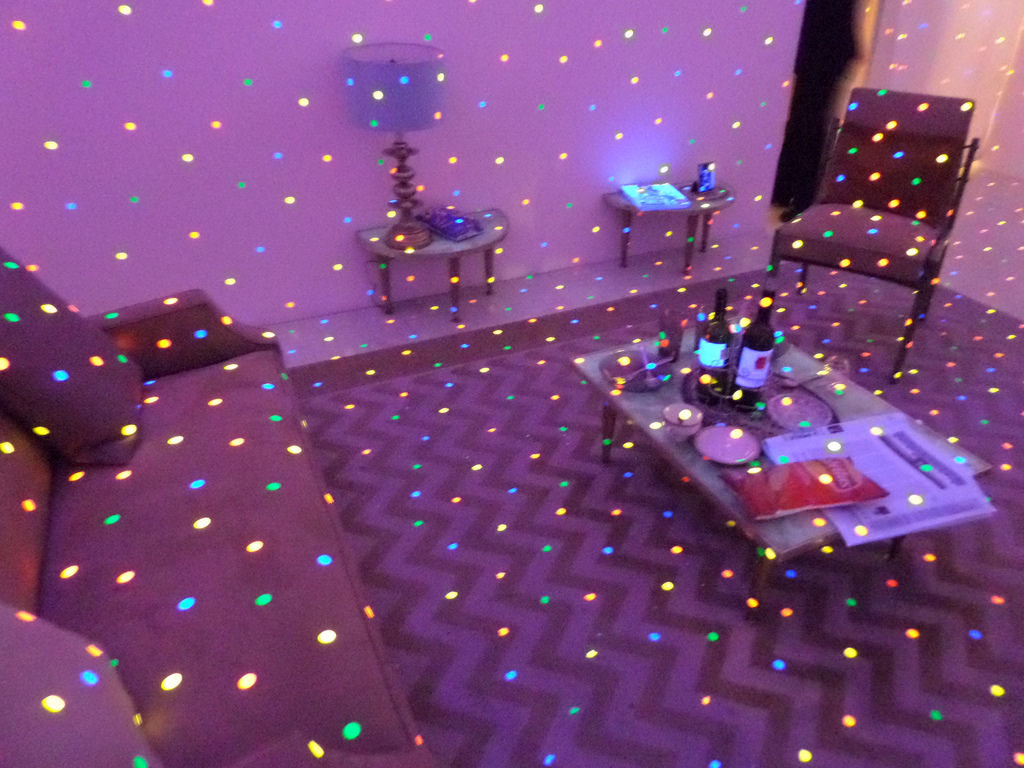 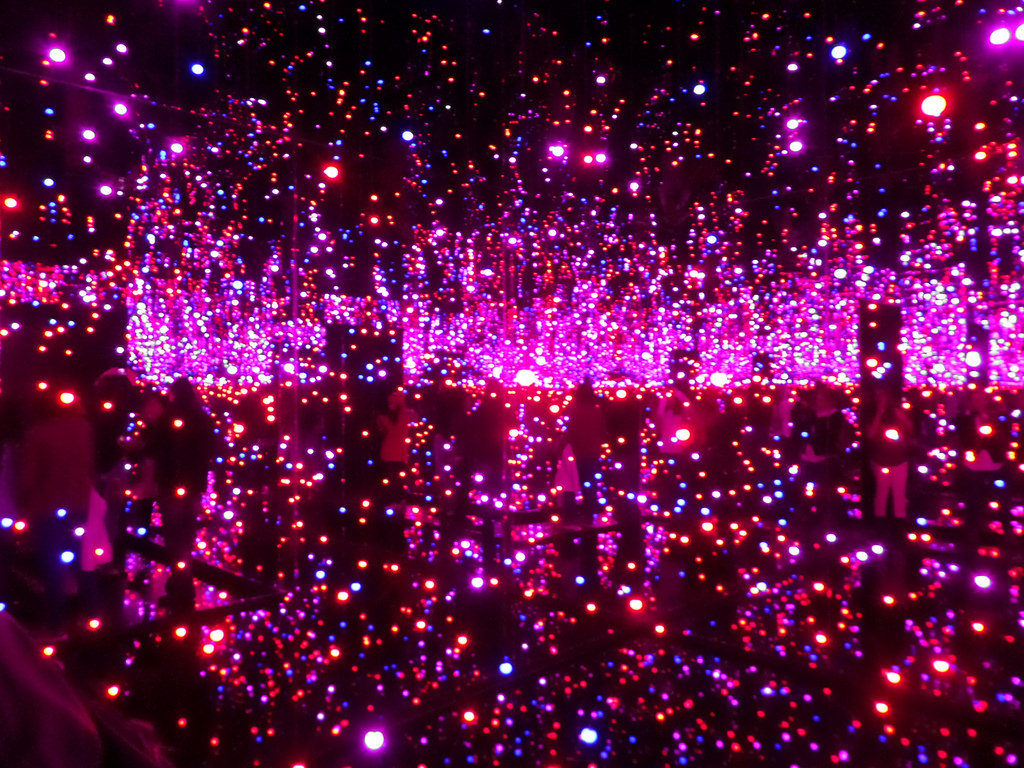 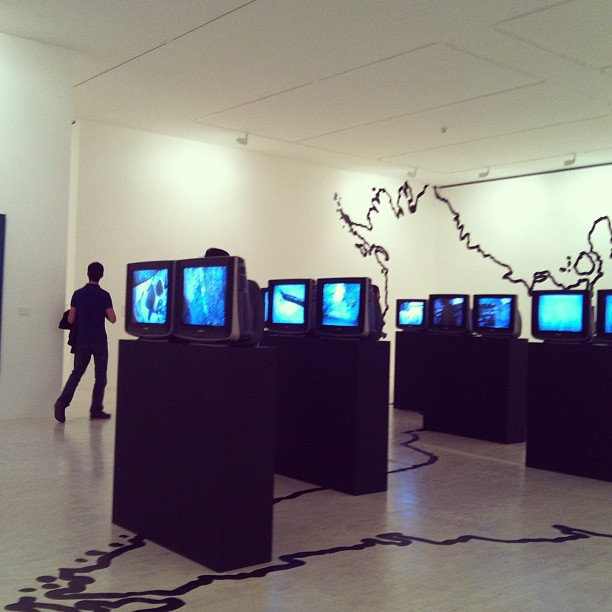 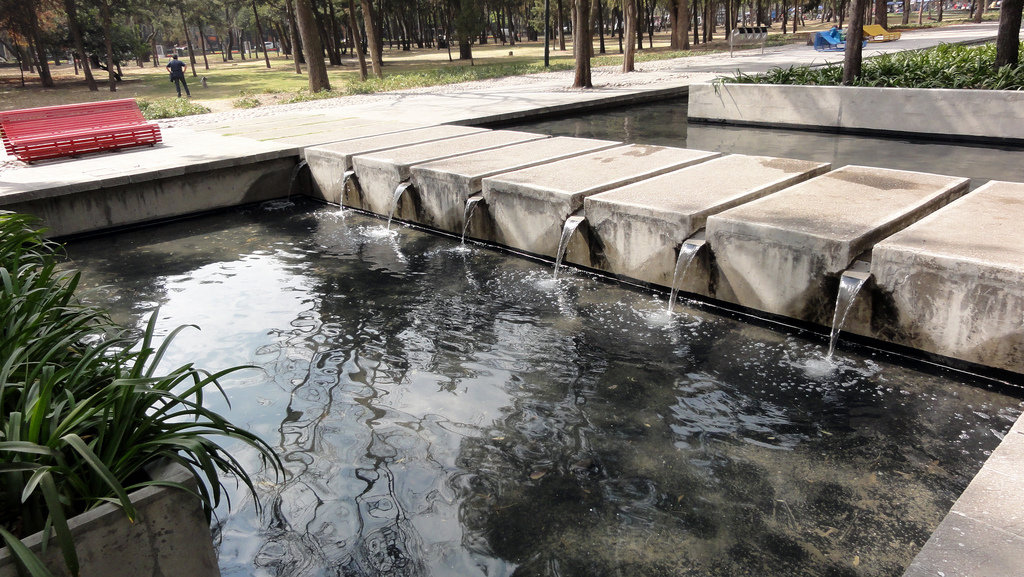 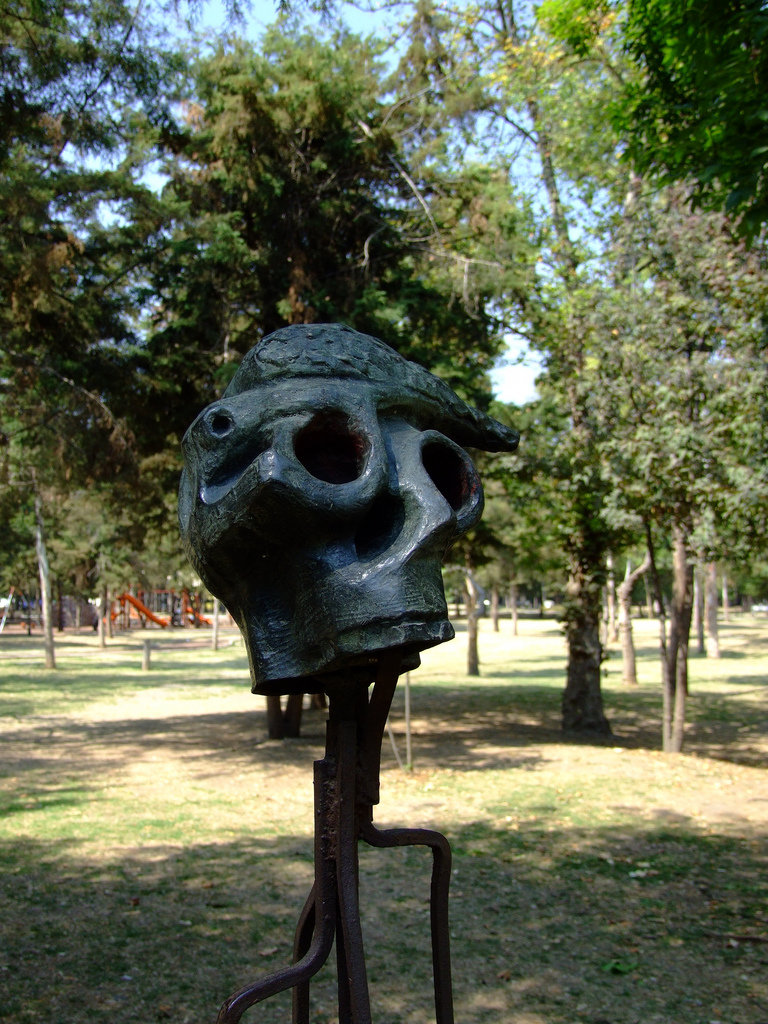 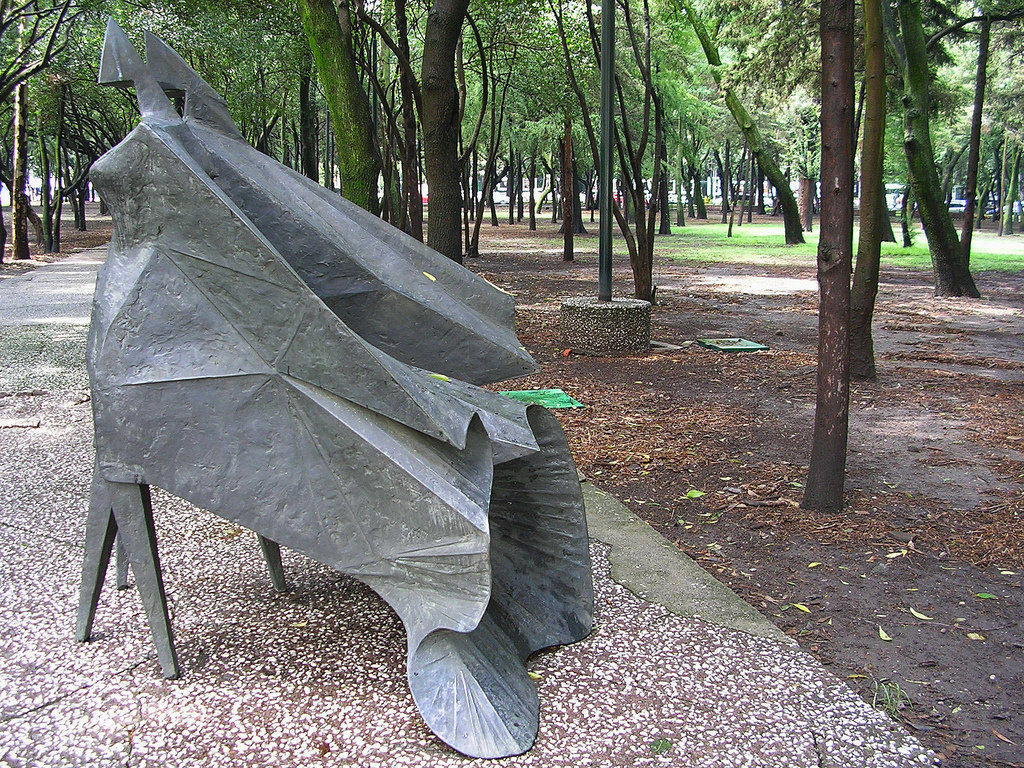 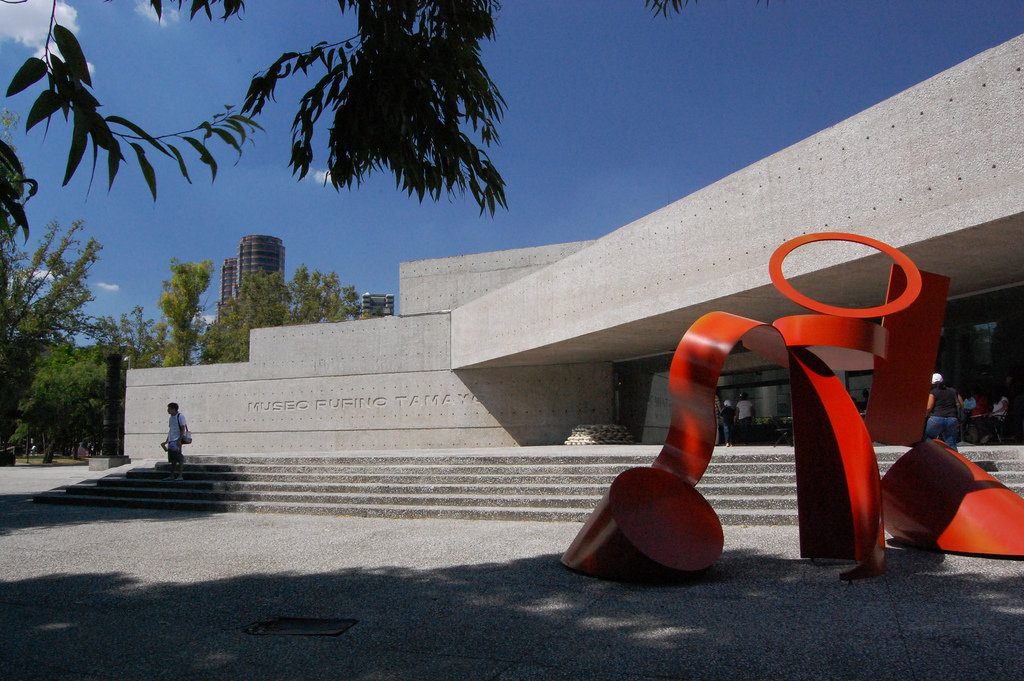 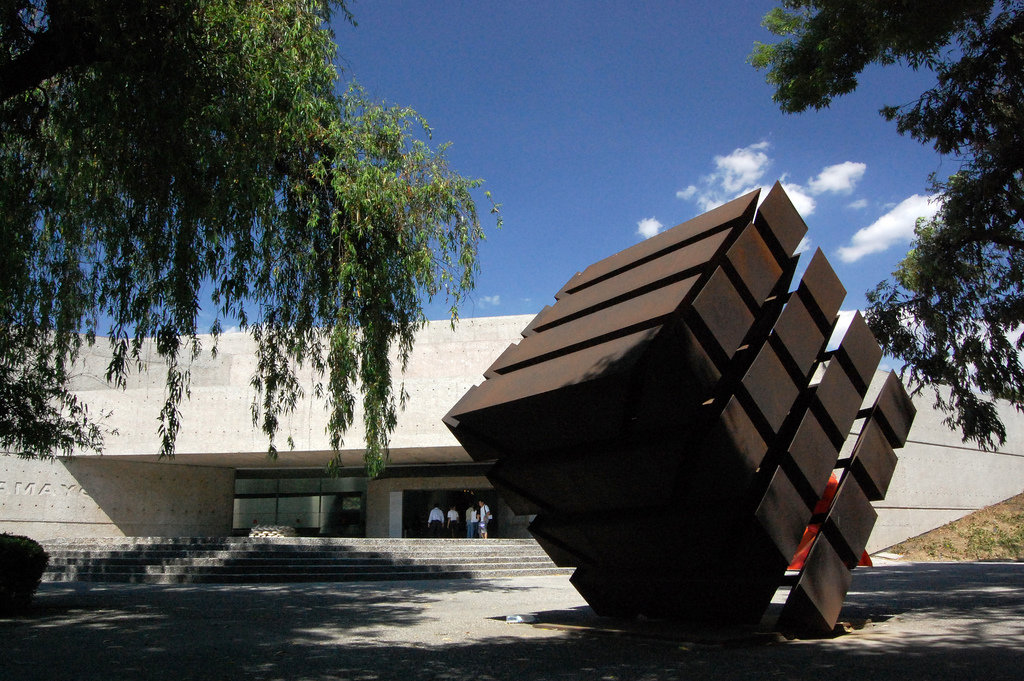 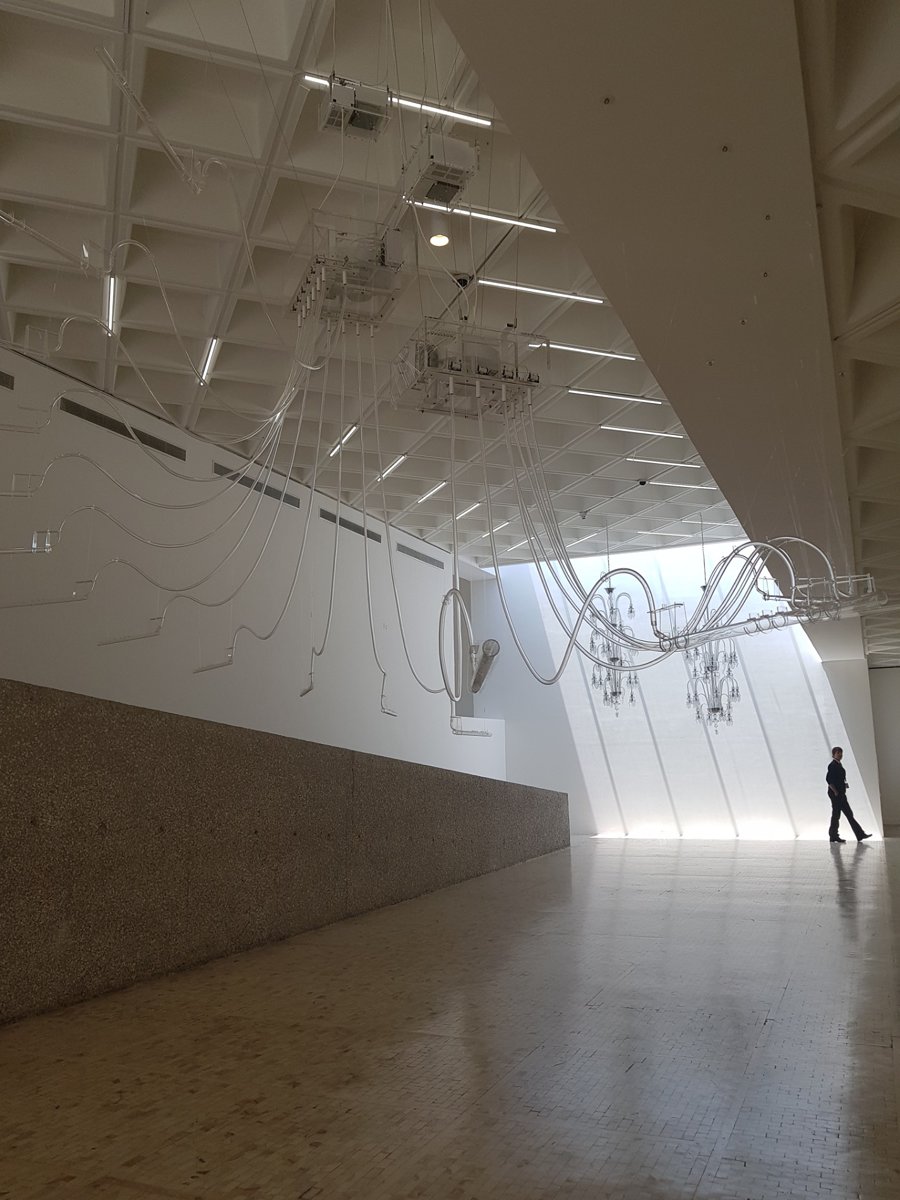 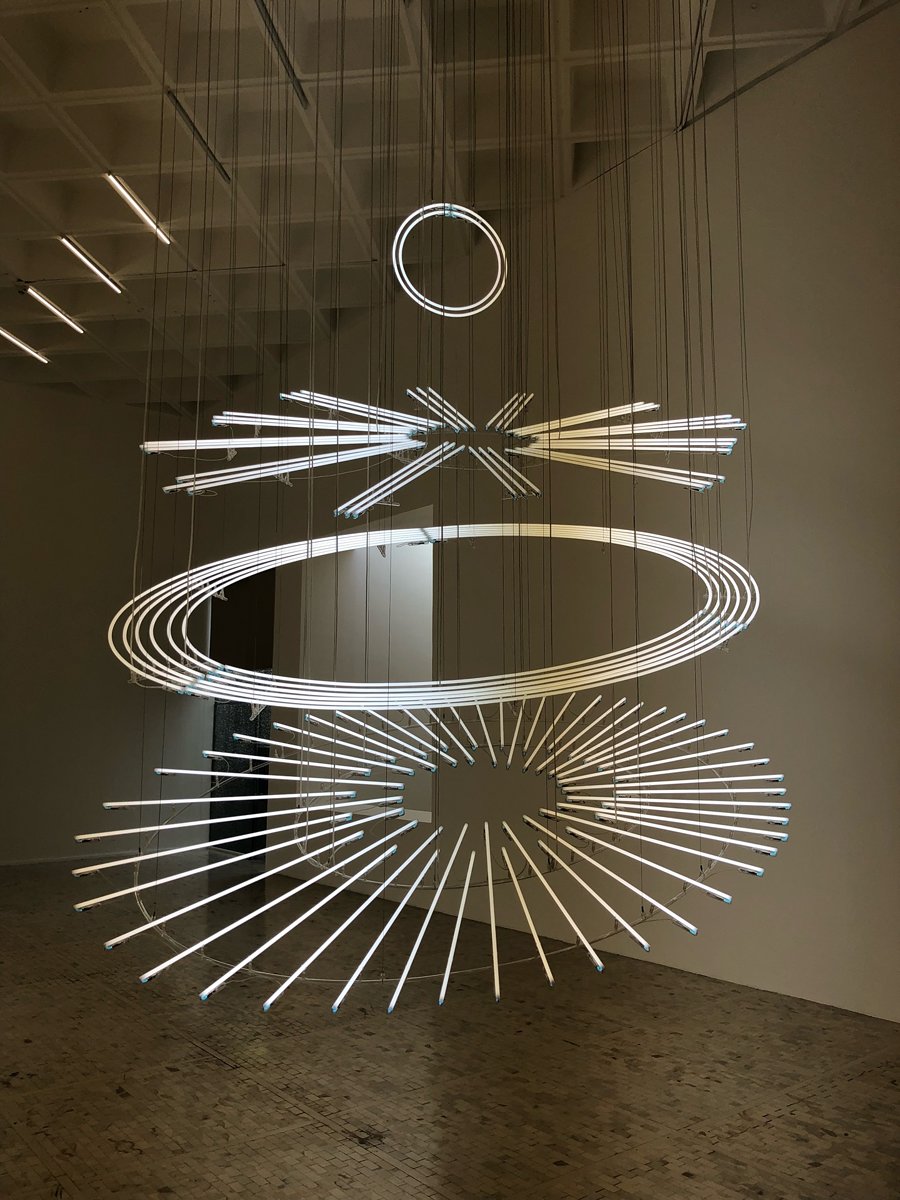 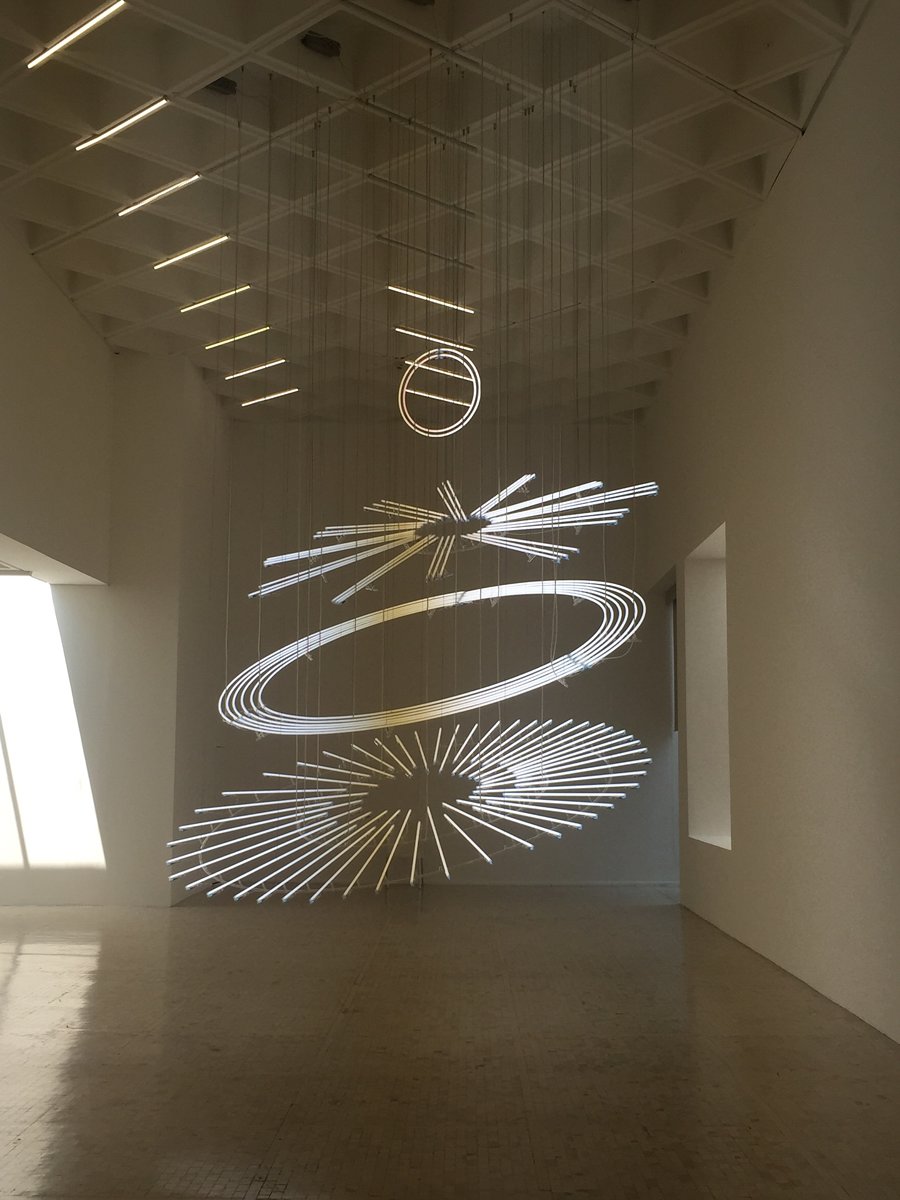 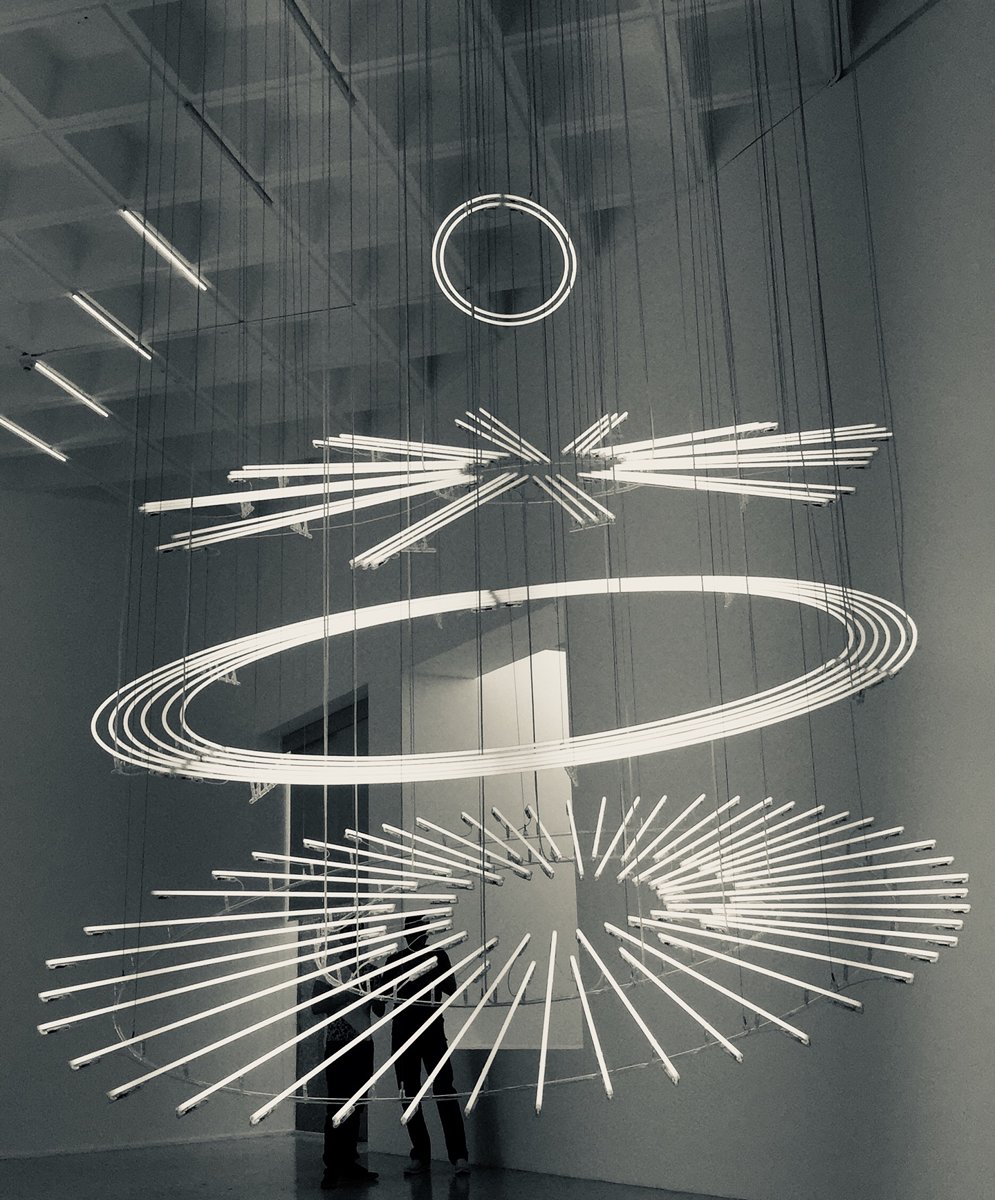 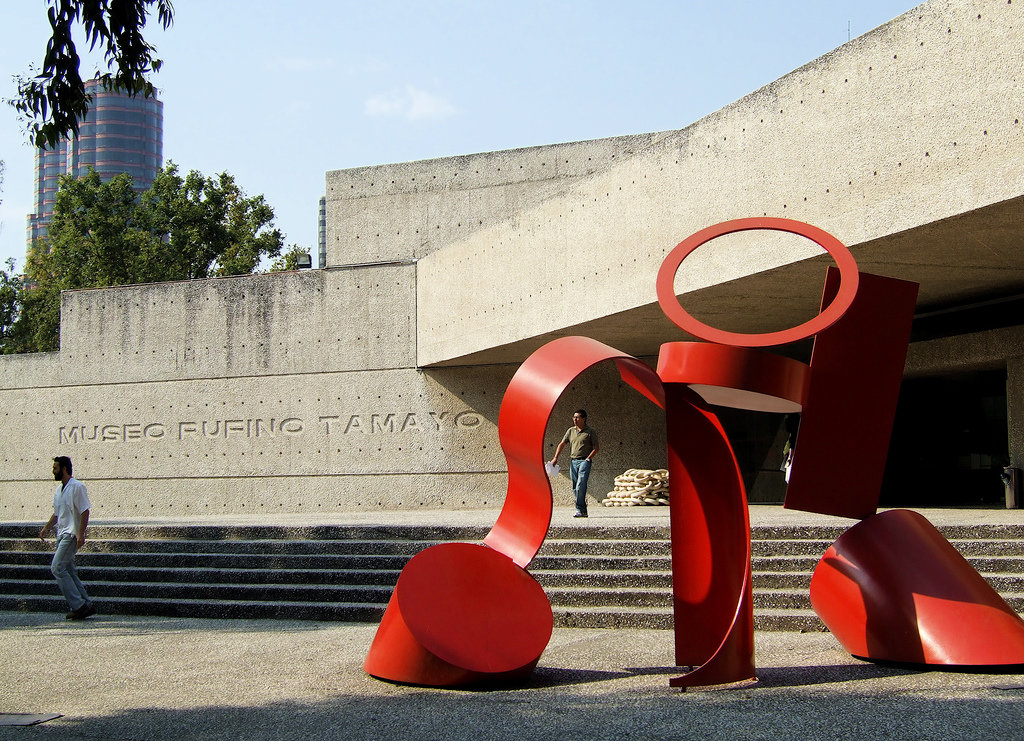 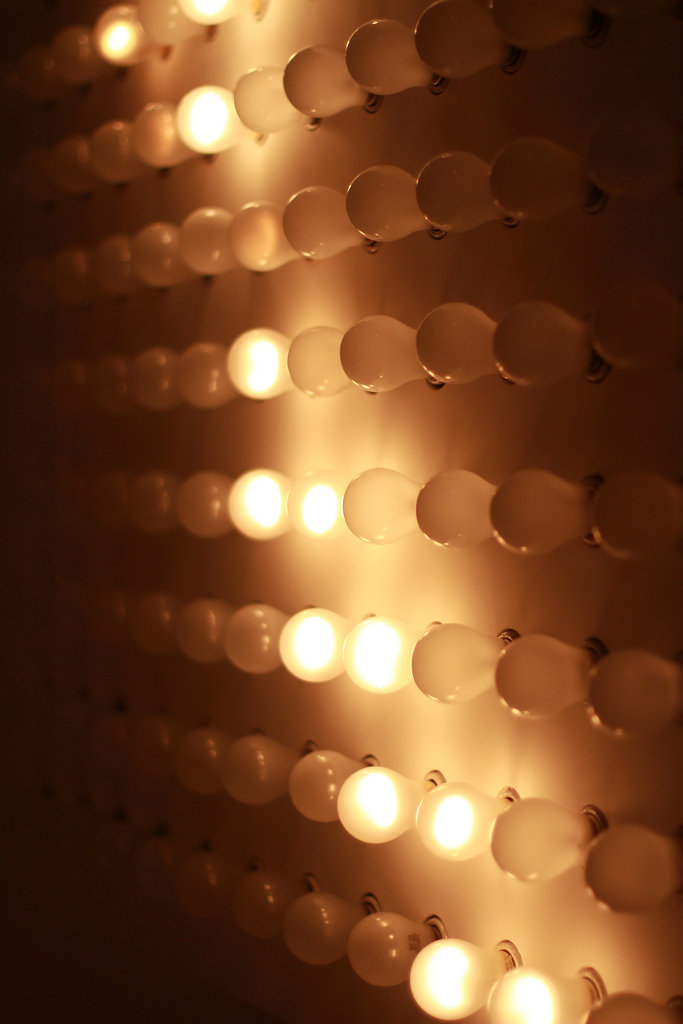