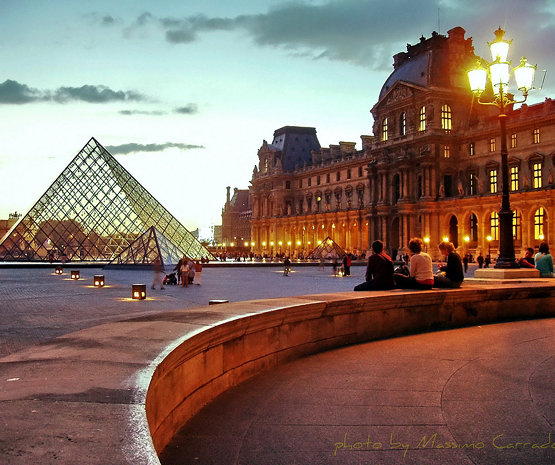 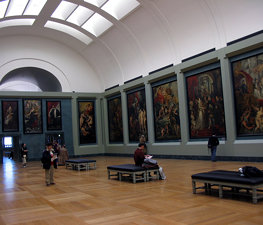 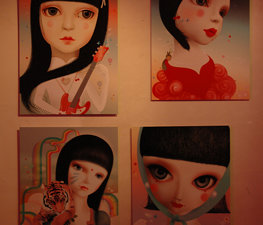 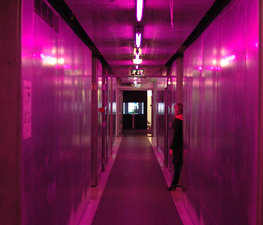 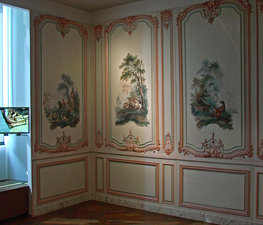 Located in the Louvre museum's western wing, known as the Pavillon de Marsan, the museum was founded in 1905 by members of the Union des Arts Décoratifs. It houses and displays furniture, interior design, altar pieces, religious paintings, objets d'arts, tapestries, wallpaper, ceramics and glassware, plus toys from the Middle Ages to the present day.

The collection is primarily composed of French furniture, tableware, carpets such as those from Aubusson, porcelain such as that by the Manufacture nationale de Sèvres, and a large number of pieces of glass by René Lalique, Émile Gallé and numerous others. And there are modern examples by designers like Eileen Gray, Charlotte Perriand, and those of the Art Nouveau and Art Déco styles. However, the deep holdings range back to the 13th century when Europe became the capital of culture in the Western world.

Of interest to the public are the period rooms. Examples include part of Jeanne Lanvin's house (decorated by Albert-Armand Rateau (1884–1938) in the early 1920s) at 16 rue Barbet-de-Jouy in Paris. Others are graphic artist Eugène Grasset's dining room of 1880, and the 1752 Gold Cabinet of Avignon. And, peculiar to a French museum it seems, there is the 1875 bedroom of courtesan Lucie Émilie Delabigne, purportedly the inspiration for the main character in Émile Zola's novel Nana (1880).

Some of the museum's vast number of exhibitions has been distinguished. Yvonne Brunhammer, a curator and then director of the museum for over four decades from the early 1950s and the person who rediscovered Eileen Gray, organized the 1966 exhibition, "Les Années '25': Art Déco/Bauhaus/Stijl Esprit Nouveau". The exhibition served to coin "Art Déco", the term that came to describe design between the World Wars, particularly French modern design.

The museum is somewhat on a par with similar and venerable decorative-arts and design-focused institutions such as the more international Victoria and Albert Museum in London and was the inspiration for the Hewitt sisters' collection in the Cooper Union (the ancestor of the no-longer-affiliated Cooper-Hewitt, National Design Museum) in New York City. However, due to the large number of fine-art exhibitions mounted at the Paris museum, its focus has been diluted and caused its name—Musée des "Art Decoratifs"—to be a misnomer.

The Musée des Arts Décoratifs was shuttered from 1996 due to a renovation of the building and of 6,000 or so works from the collection; the renovation cost €35 million (about $45 million in 2006). The museum reopened September 15, 2006. Béatrice Salmon, the current director and overseer of the restoration, has called the collection "the history of French taste and of the decorative arts and design in France" and has suggested: "People [in France] understand how to relate to paintings and sculpture in a museum, but they don't know how to interpret objects" (Rawsthorn, International Herald Tribune, September 3, 2006).

Ari.
A quiet courtyard cafe is a hidden gem of this busy neighborhood. The museum is not only lovely, it's free!
Load more comments
foursquare.com
7.9/10
9,105 people have been here
I've been here
Add to wishlist

The Louvre Pyramid is a large glass and metal pyramid, surrounded by

See all See all
Add to wishlist
I've been here
Visited
Museum of Islamic Art, Doha

Abramtsevo is an estate located north of Moscow, in the proximity of 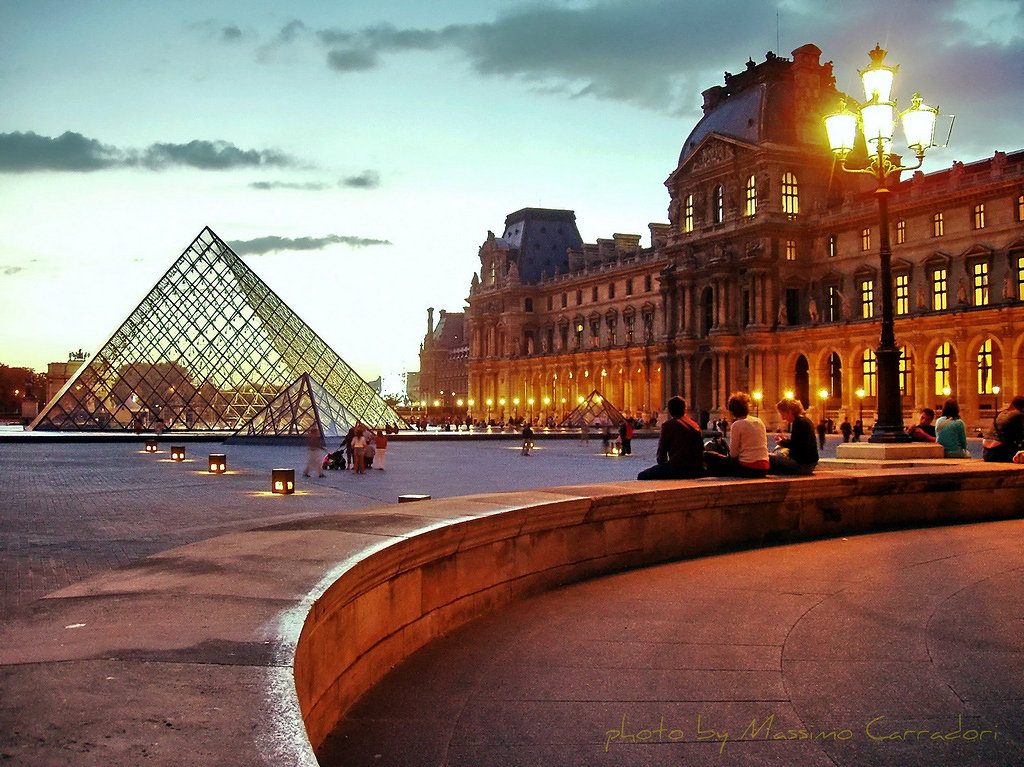 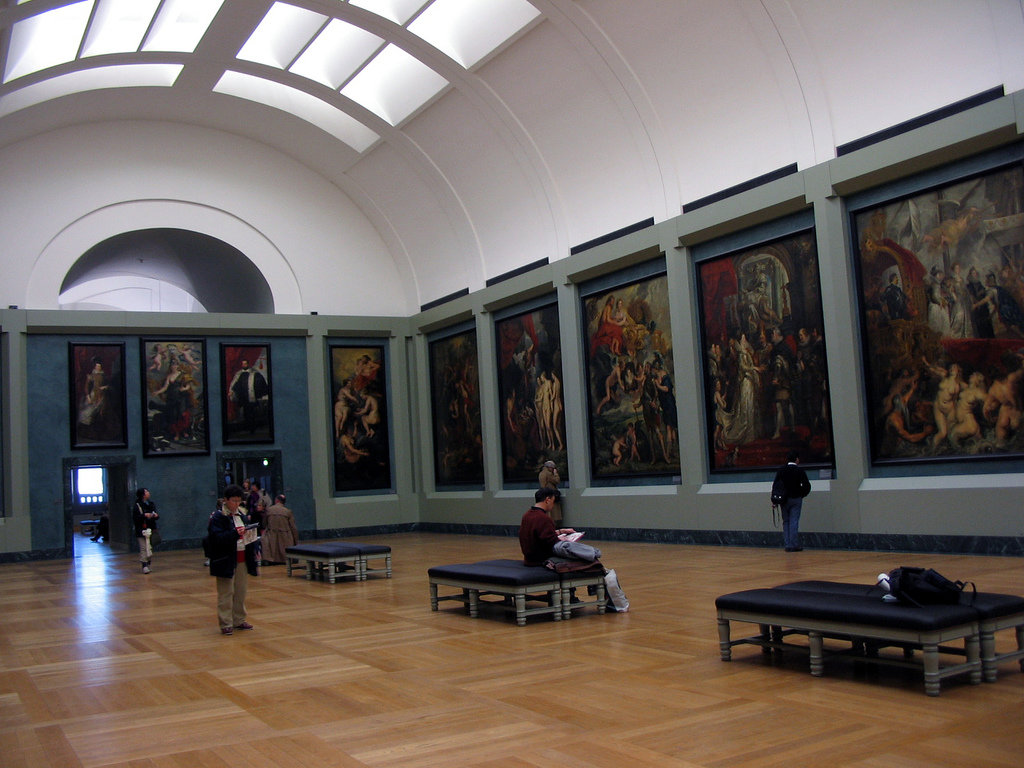 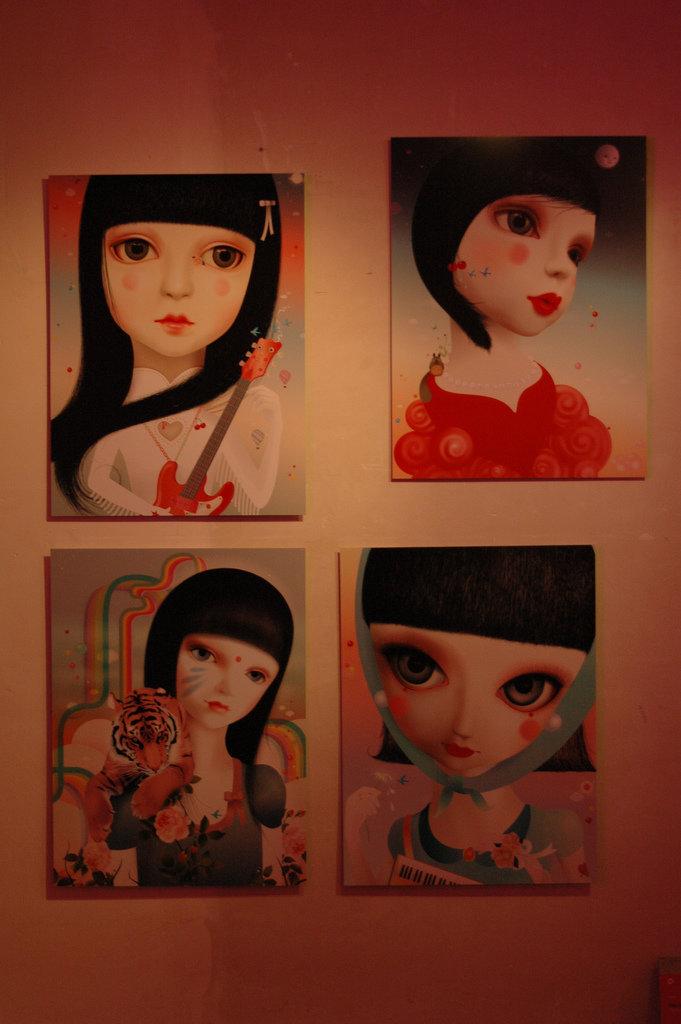 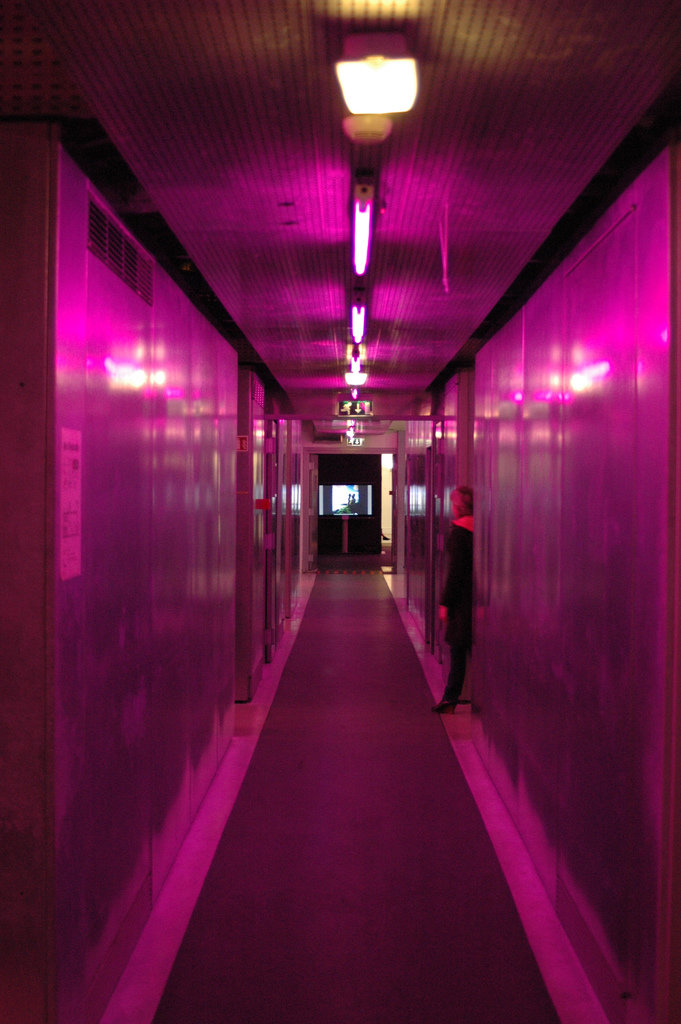 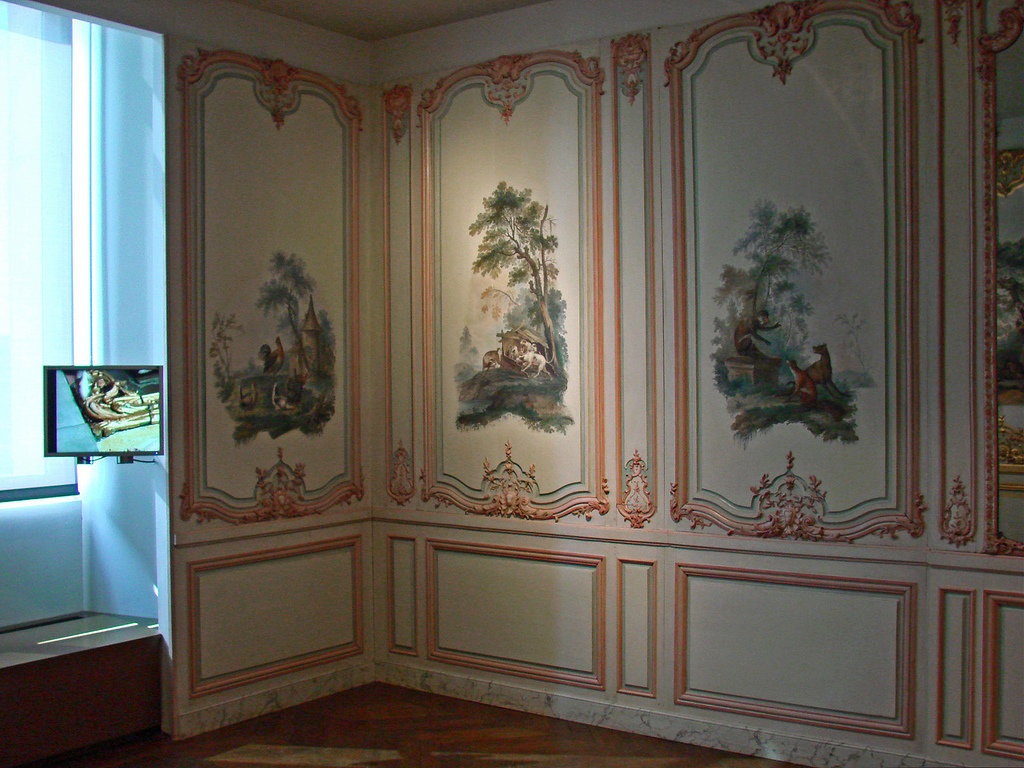 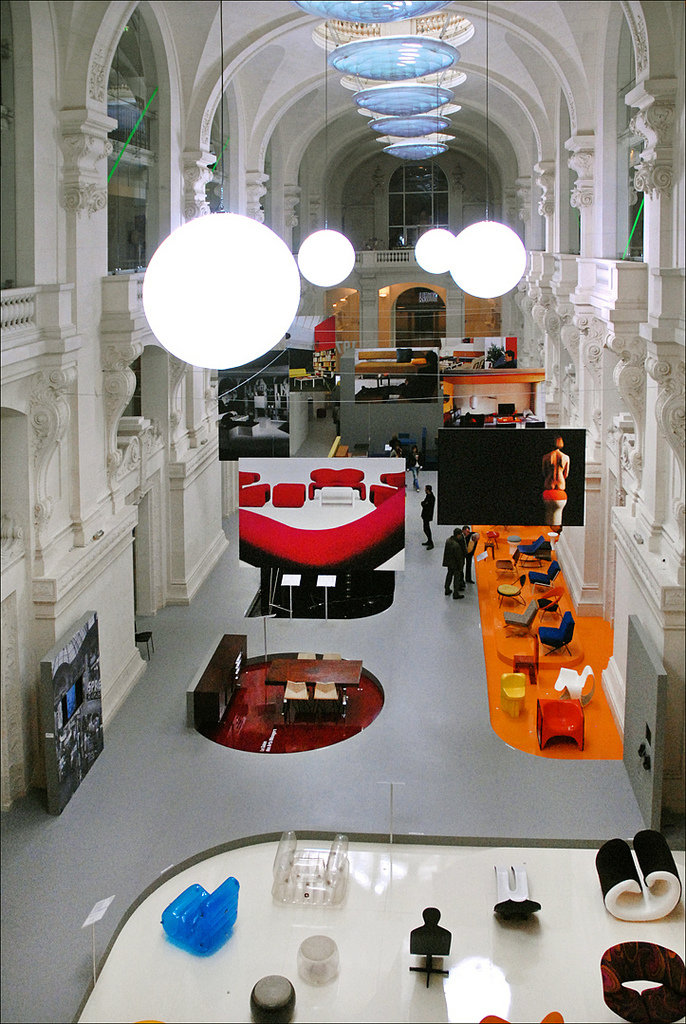 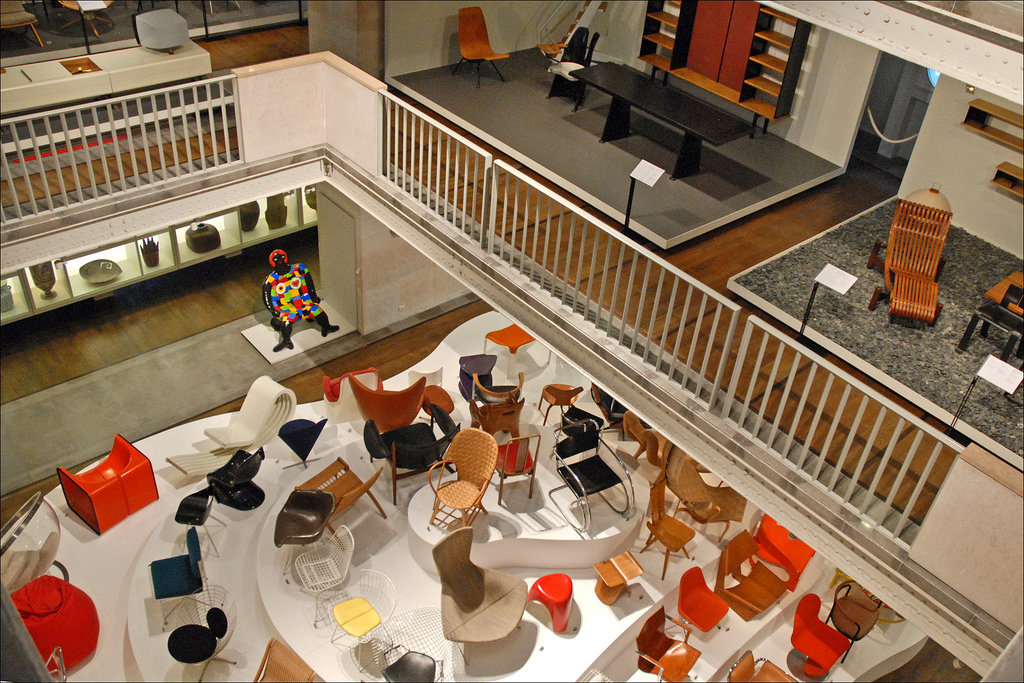