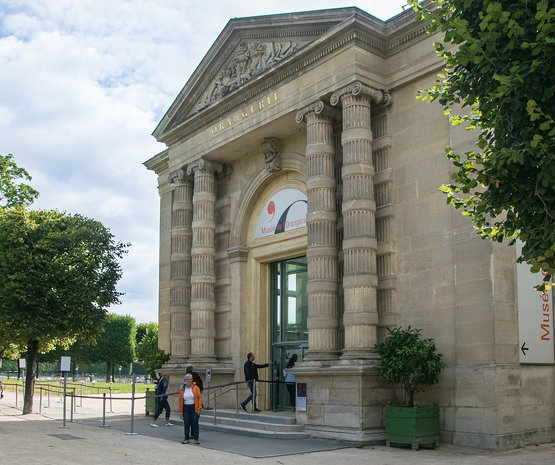 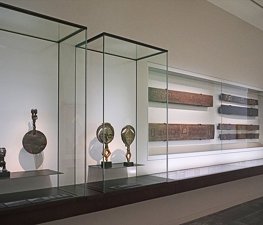 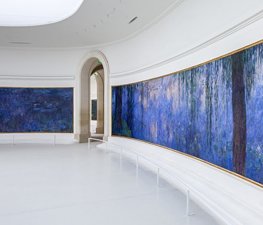 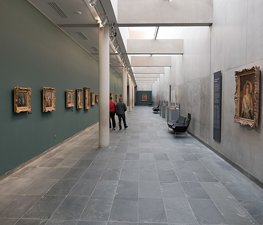 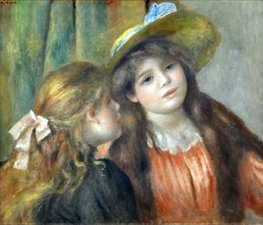 The Musée de l'Orangerie is an art gallery of impressionist and post-impressionist paintings located in the west corner of the Tuileries Gardens next to the Place de la Concorde in Paris. Though most famous for being the permanent home for eight Water Lilies murals by Claude Monet, the museum also contains works by Paul Cézanne, Henri Matisse, Amedeo Modigliani, Pablo Picasso, Pierre-Auguste Renoir, Henri Rousseau, Alfred Sisley, Chaim Soutine, and Maurice Utrillo, among others.

The gallery is on the bank of the Seine in the old orangery of the Tuileries Palace on the Place de la Concorde near the Concorde metro station.

According to the museum's website, the Orangerie was originally built in 1852 by the architect Firmin Bourgeois and completed by his successor, Ludovico Visconti, to shelter the orange trees of the garden of the Tuileries. Used by the Third Republic in the nineteenth century as deposit for goods, an examination room, and place of lodging for mobilized soldiers, it also served to house sporting, musical, and patriotic events. Additionally, it was a place to display exhibitions of industry, animals, plants, as well as rare displays of painting.

As art historian Michel Hoog states, “In 1921, the administration of the Beaux-Arts decided to assign to the Direction des Musées Nationaux (as it was then called) the two buildings overlooking the Place de la Concorde, the Jeu de Paume, and the Orangerie, which until then had been used for their original purpose. The Orangerie became an annex of the Musée du Luxembourg, unanimously criticized for being too small, while the Jeu de Paume was to be used for temporary exhibitions and to house contemporary foreign painting.” Claude Monet had requested to donate decorative panels to the French government as a monument to the end of World War I, and former politician (and close friend of Monet) Georges Clémenceau suggested that Monet install the paintings at the newly available Orangerie (rather than at the Jeu de Paume, which had smaller wall space, or, as was formerly planned, as an annex to the Musée Rodin).

On April 12, 1922 Claude Monet signed a contract donating the Nymphéas series of decorative panels painted on canvas to the French government, to be housed in redesigned, oval rooms at the Orangerie. With input from Monet, the head architect at the Louvre, Camille Lefèvre, drafted new plans and elevations in 1922 to house Monet's large Nymphéas canvases, incorporating natural light, plain walls, and sparse interior decoration. According to Hoog's research, "funds were made available on August 17, 1922, work began in October and seems to have been finished in [the] following year." Unwilling to relinquish his final works of art, these water lilies paintings stayed with Monet until his death on December 5, 1926. On January 31, 1927 the Laurent-Fournier company agreed to install and mount the panels (a process that involved gluing the canvas directly to the walls), and the paintings were in place by March 26 of that year. On May 17, 1927 Monet's Nymphéas at the Musée de l'Orangerie opened to the public.

According to Hoog, "In August 1944, during the battle for the Liberation of Paris, five shells fell on the rooms of the Nymphéas; two panels (those situated on the wall between the two rooms) were slightly damaged and immediately restored. In 1984, this restoration work was renewed and a general cleaning was effected."

In January 2000, the museum was closed for renovation work, completely reviewed and restructured, and re-opened to the public in May 2006.

Paul Guillaume's widow, Mrs. Jean Walter, donated their modern art collection to the Musées Nationaux in 1958. The Orangerie has housed the Paul Guillaume collection of 19th and 20th century modern paintings since 1965.

A cycle of Monet's water-lily paintings, known as the Nymphéas, was arranged on the ground floor of the Orangerie in 1927. They are available under direct diffused light as was originally intended by Monet. The eight paintings are displayed in two oval rooms all along the walls. The museum was closed to the public from the end of August 1999 until May 2006. For several months before it was closed there was a special exhibit of Monet's Nymphéas that were gathered from museums throughout the world. More than 60 of the 250 paintings he made of the water lilies in his garden were included. The walls were repainted in shades of purples and violet for this special exhibit. The Orangerie was renovated in order to move the paintings to the upper floor of the gallery.

Adam Sigel
Don't sleep on this museum because it's not the Orsay or Louvre. Two huge rooms on the top floor devoted to mural-sized works by Monet of his water lilies. Very serene place to appreciate his work.

Lauren Landau
It's my favourite museum in Paris. Small, intimate, and you are surrounded by Monet's fabulous water lily murals. Downstairs is a great, small collection of other famous artists.

Nola Dolan
My favorite museum in Paris aside from Monet's incredible water lilies there is also a lovely collection of impressionist works downstairs, I'm especially fond of the Renoirs!

Emily Wilson
The Monets are as stunning as everyone says. Make it a point to go here and come back as many times in life as is possible. It's an emotional whirlwind worth experiencing over and over again.

Eric Andersen
The Water Lilies “Grandes Décorations” are the culmination of Monet’s lifetime work, painted 1914-1926. The two full oval rooms are both stunning and a relaxing feeling of “water without horizon”.
Load more comments
foursquare.com
9.1/10
Nadya Popova, Ricka and 49,332 more people have been here
I've been here
Add to wishlist 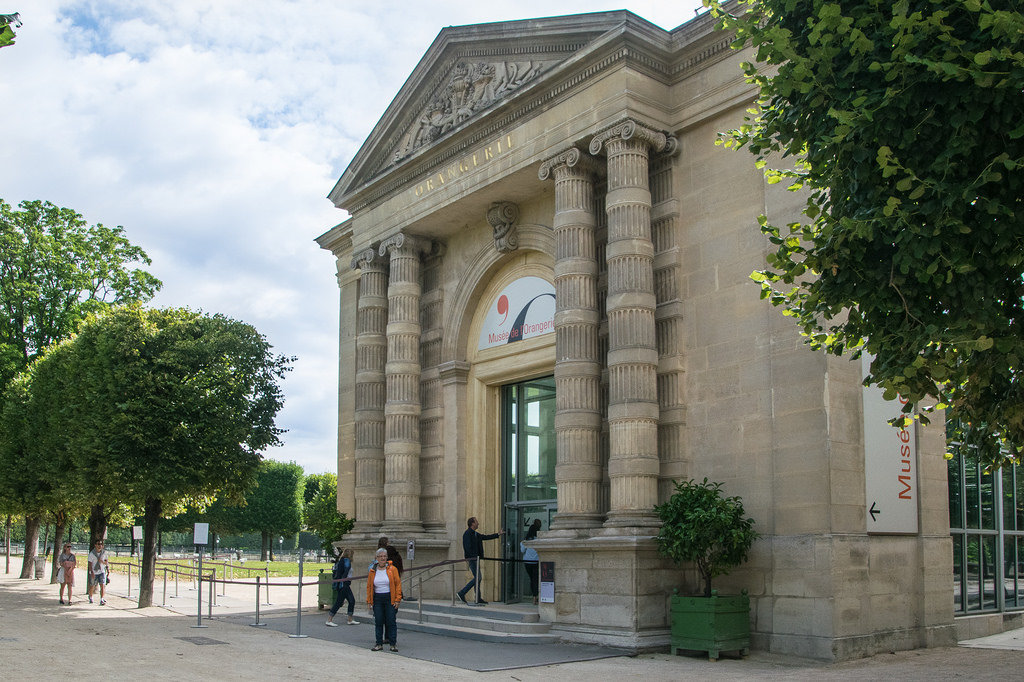 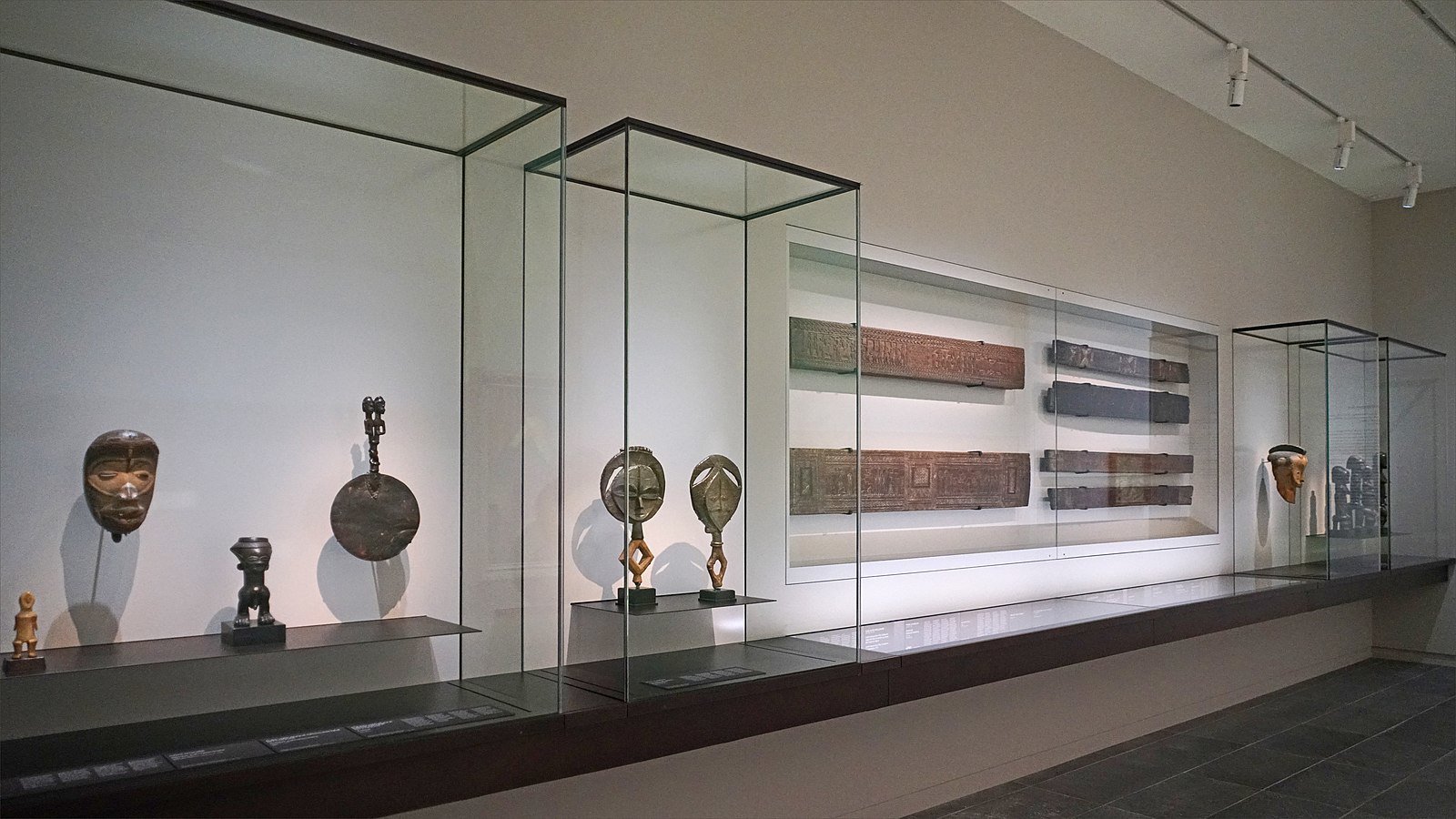 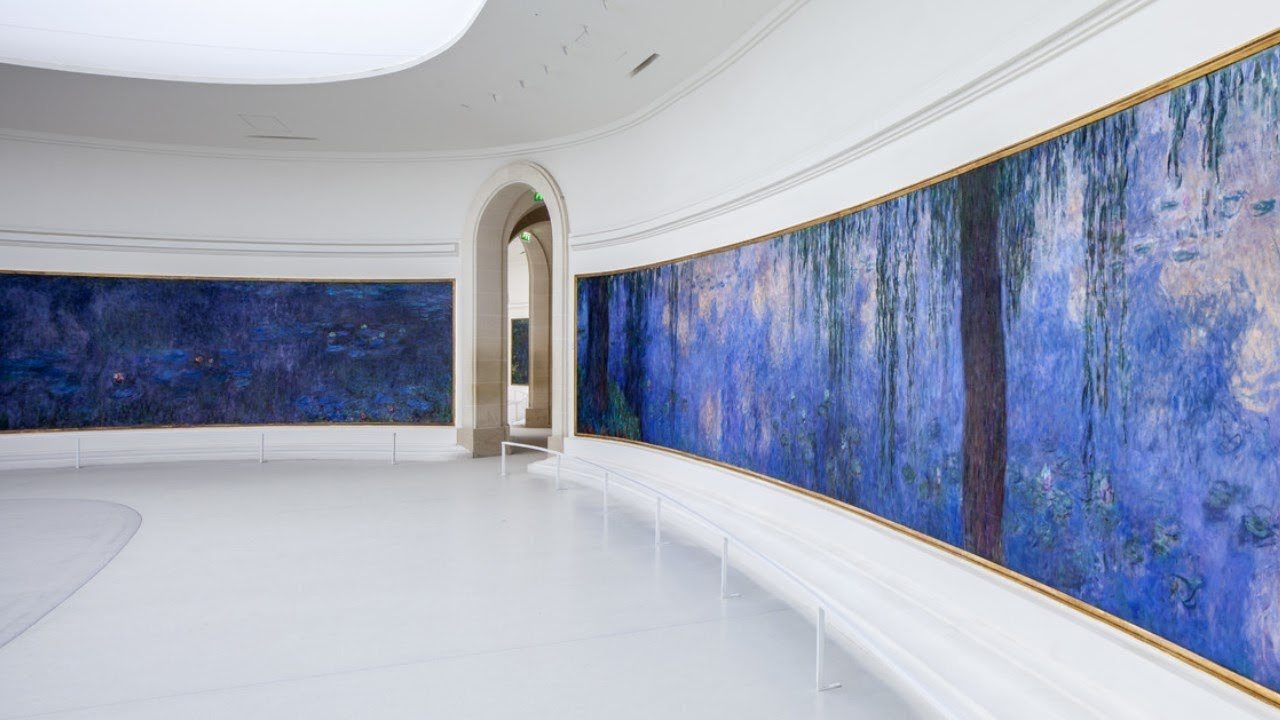 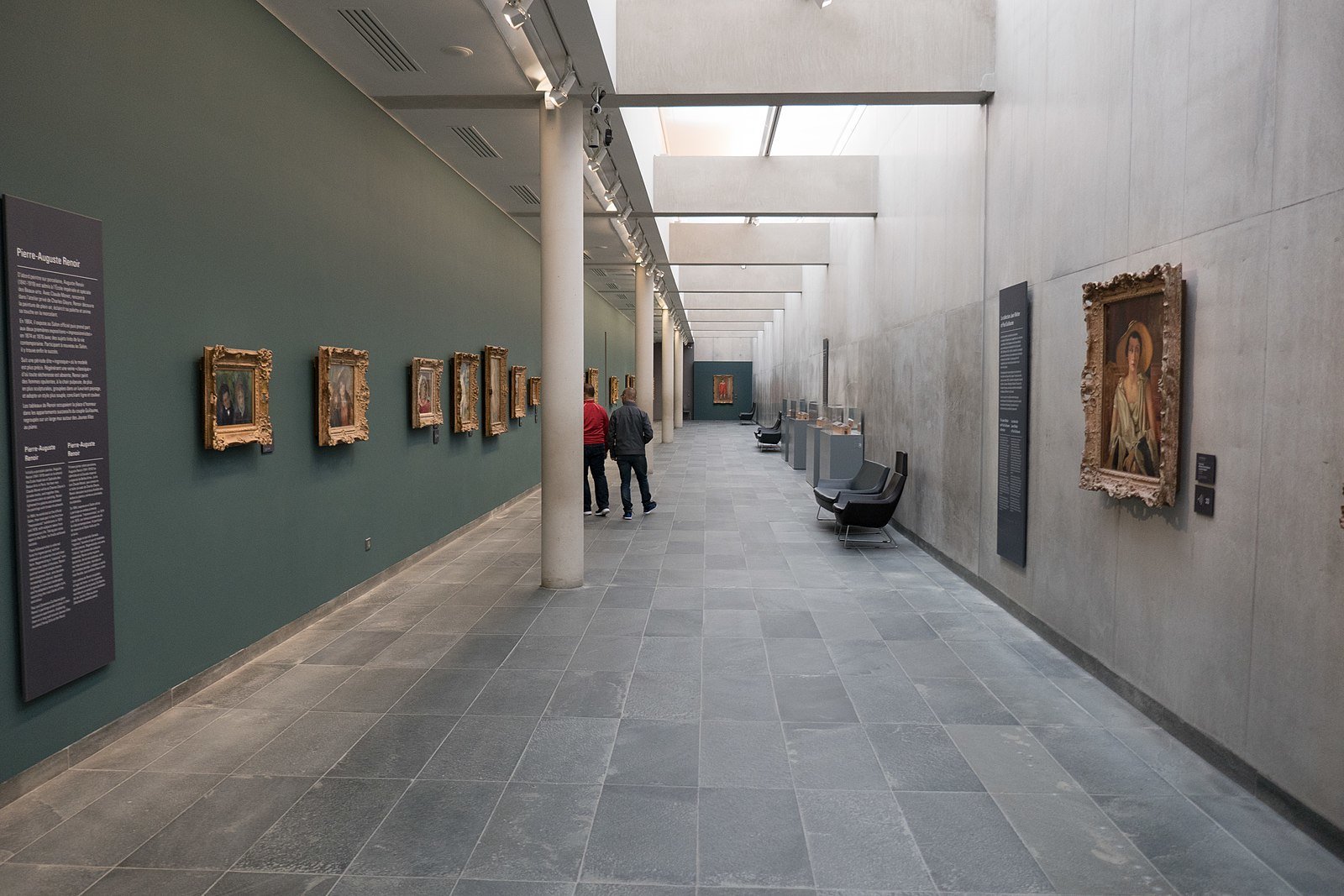 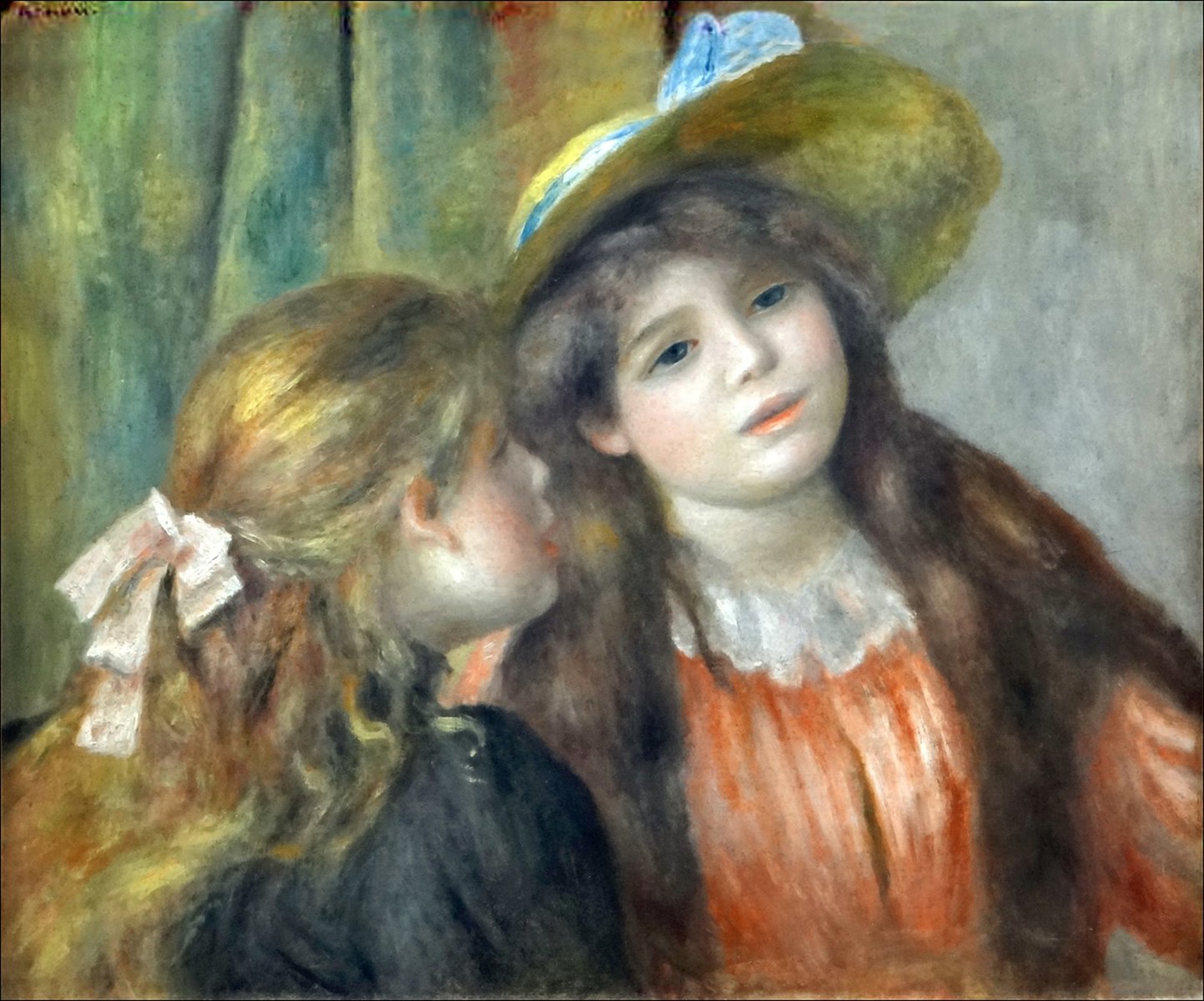 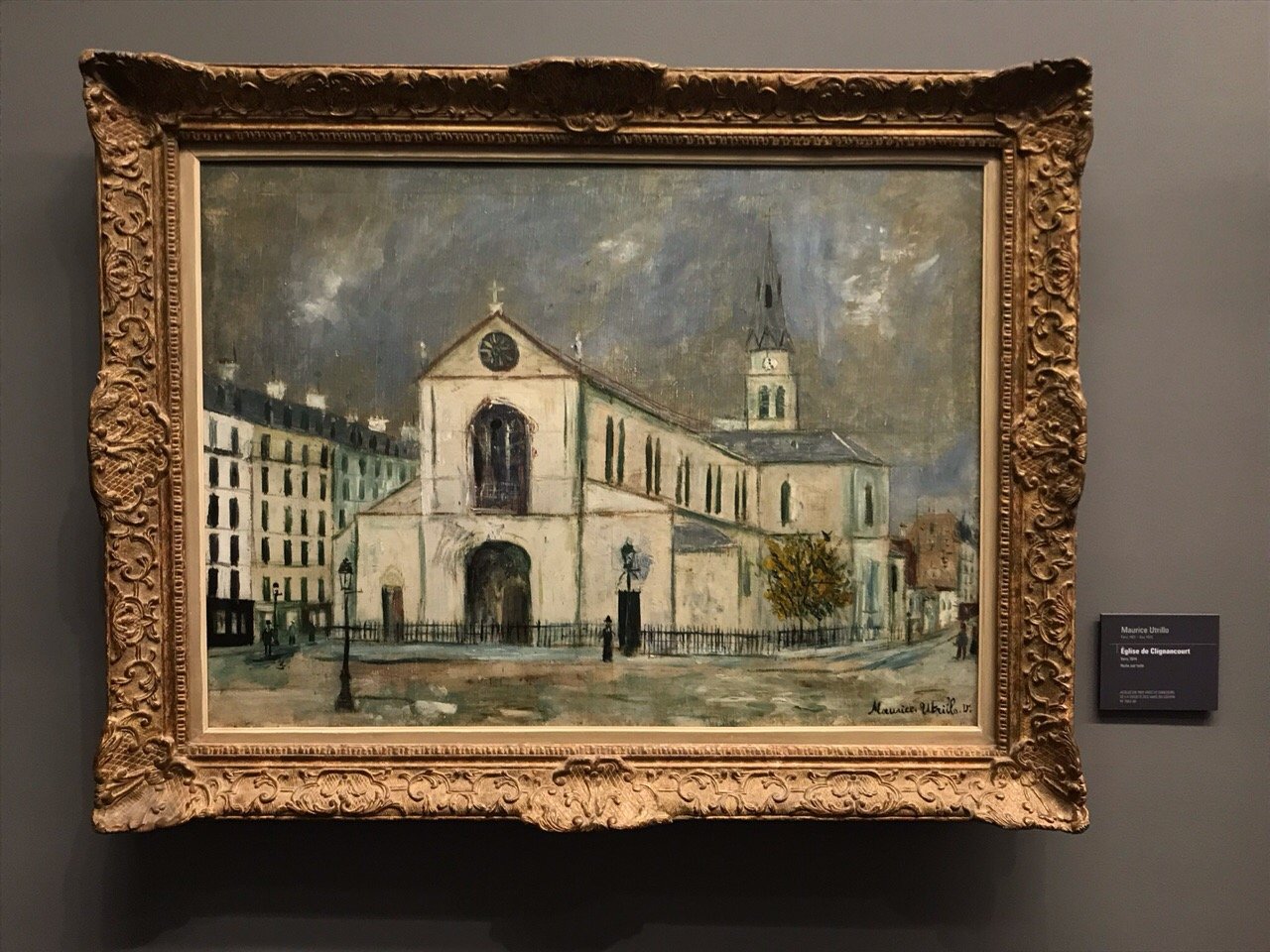 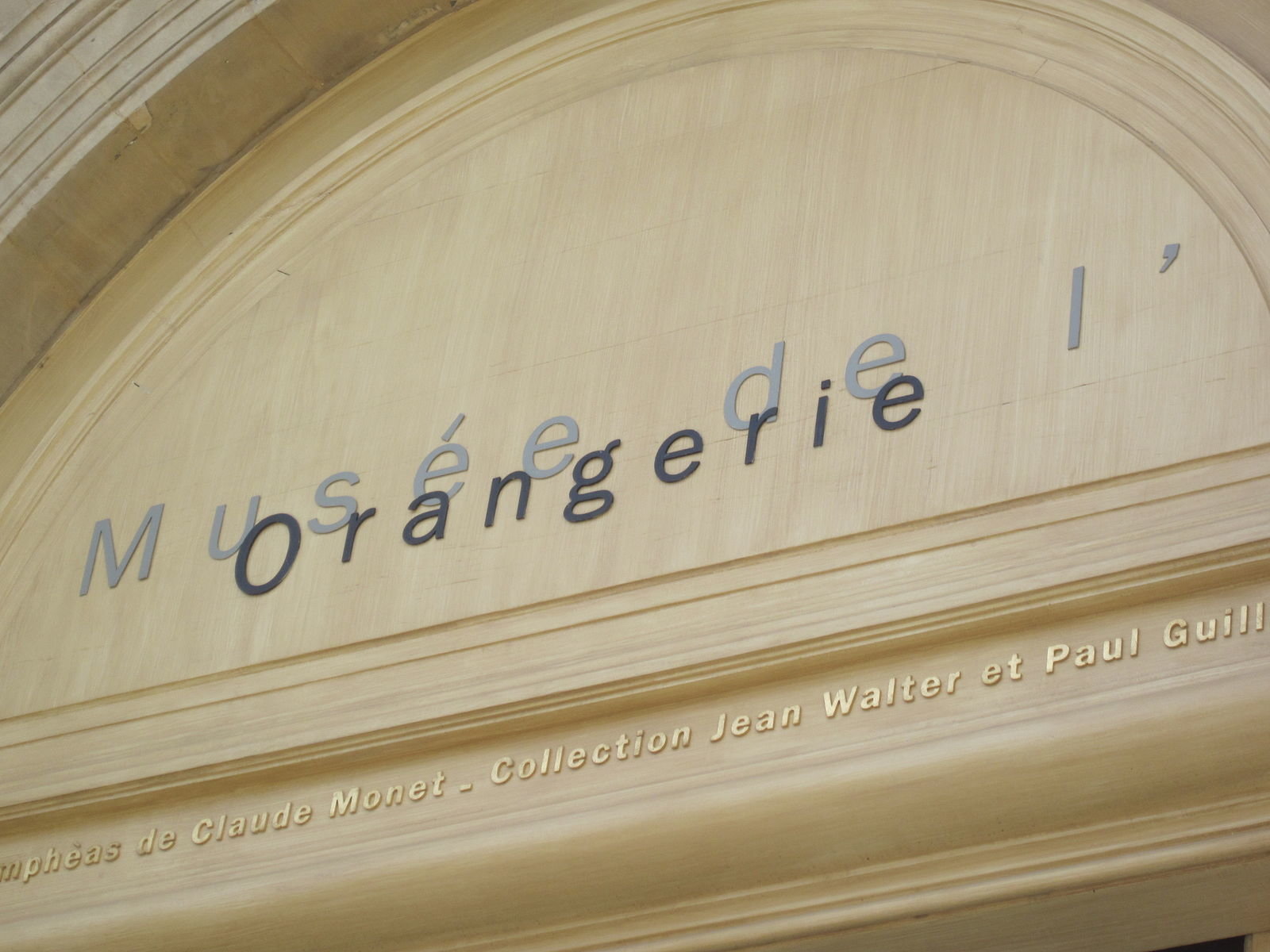 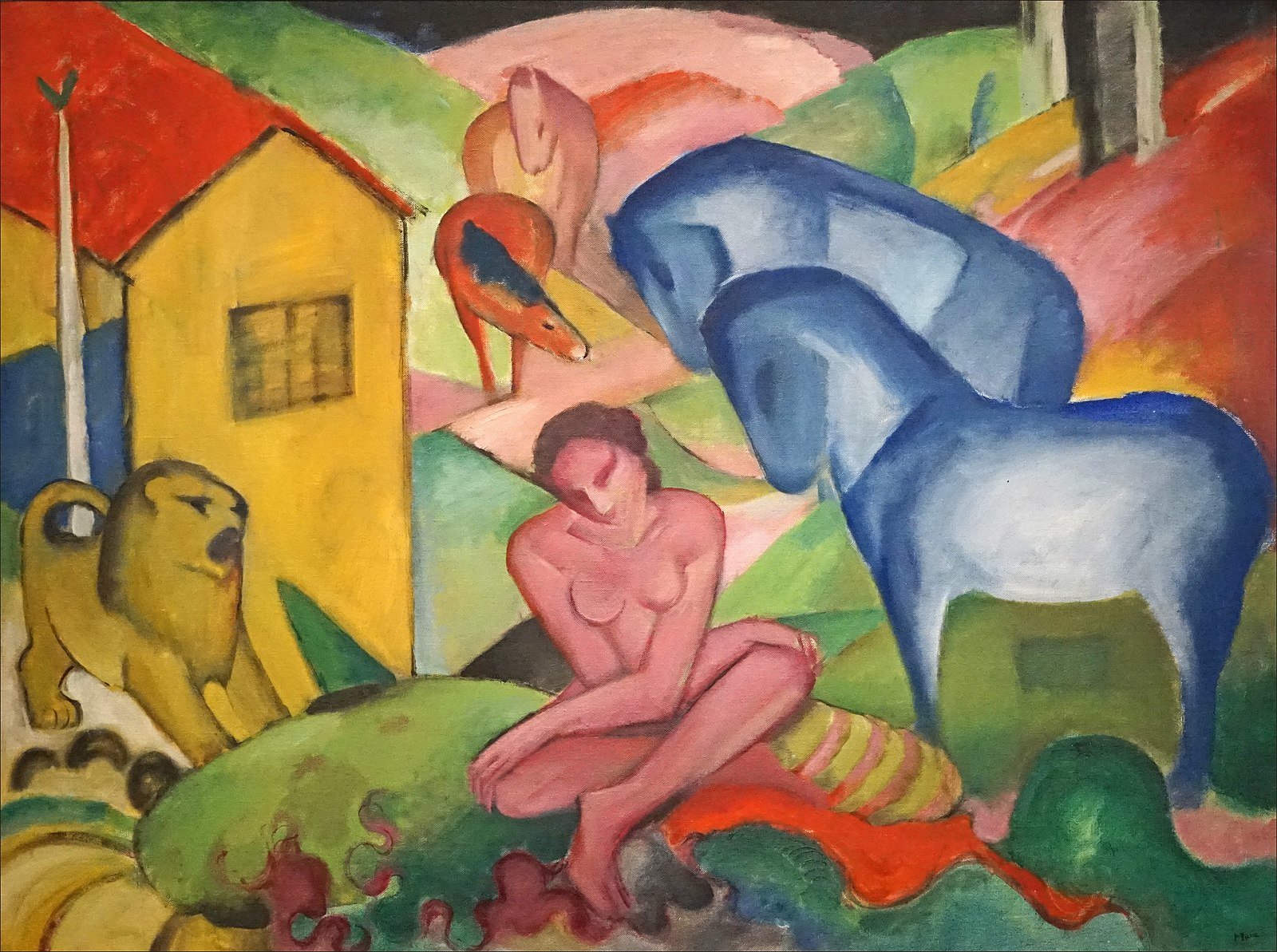 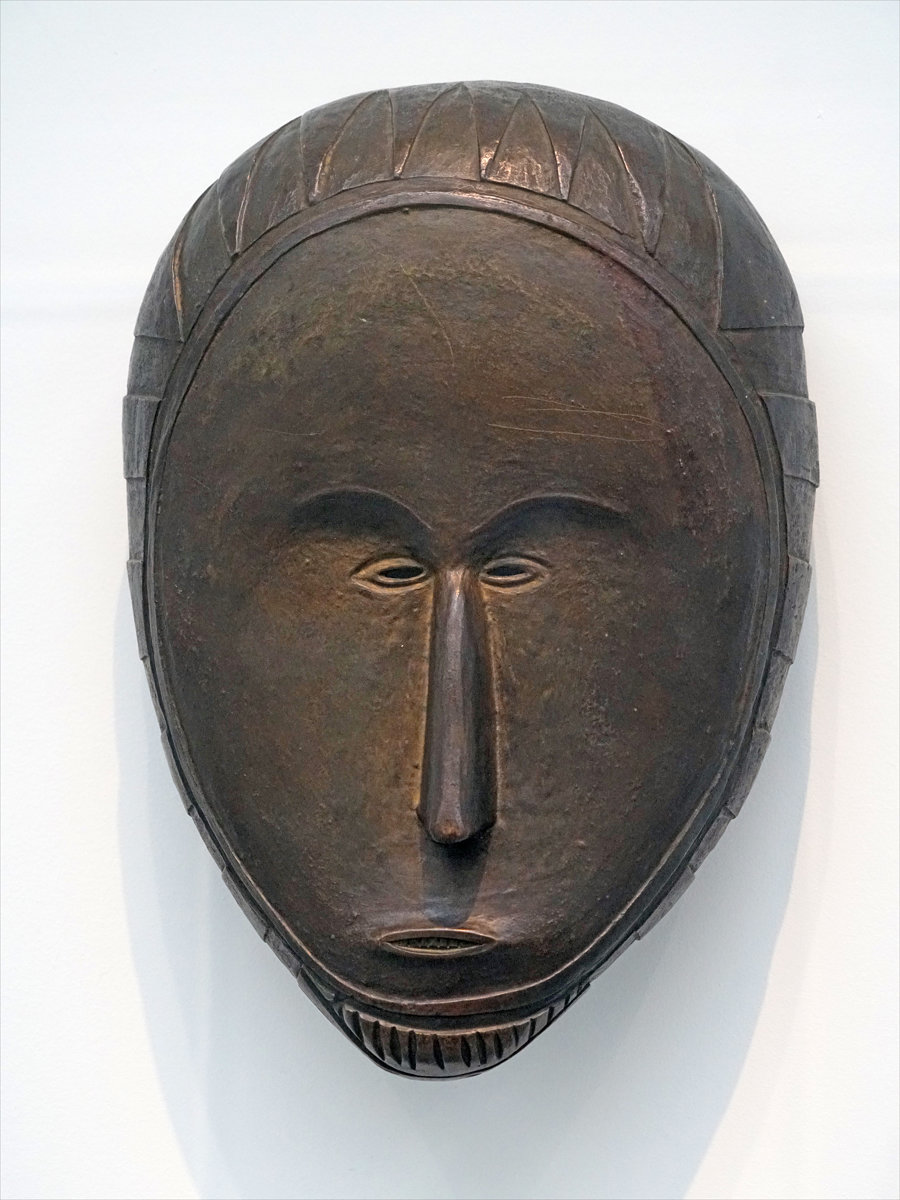 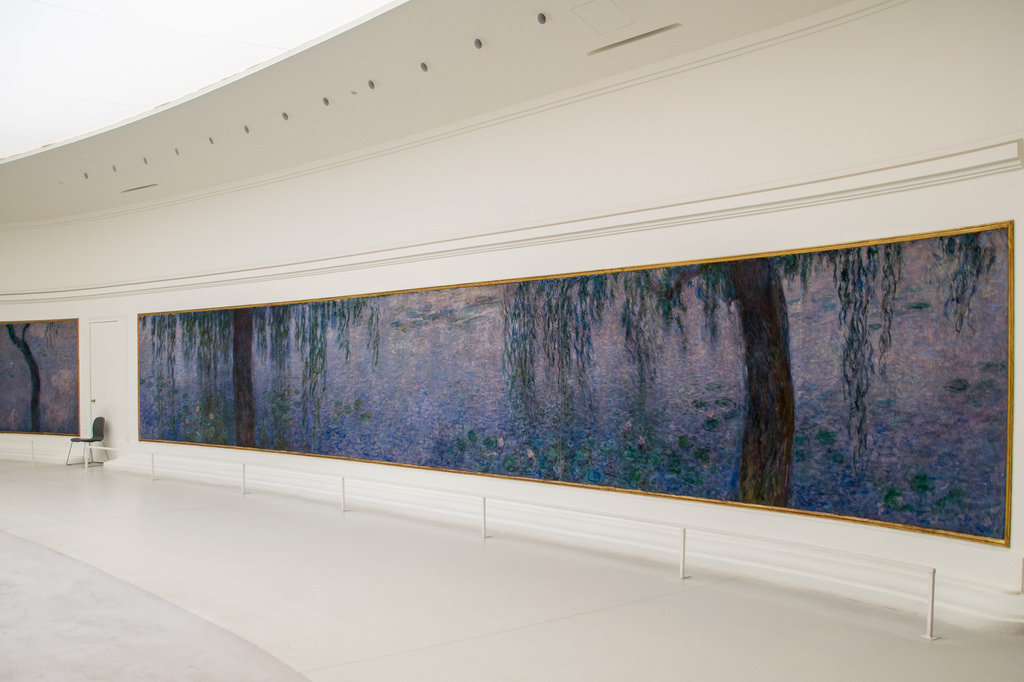 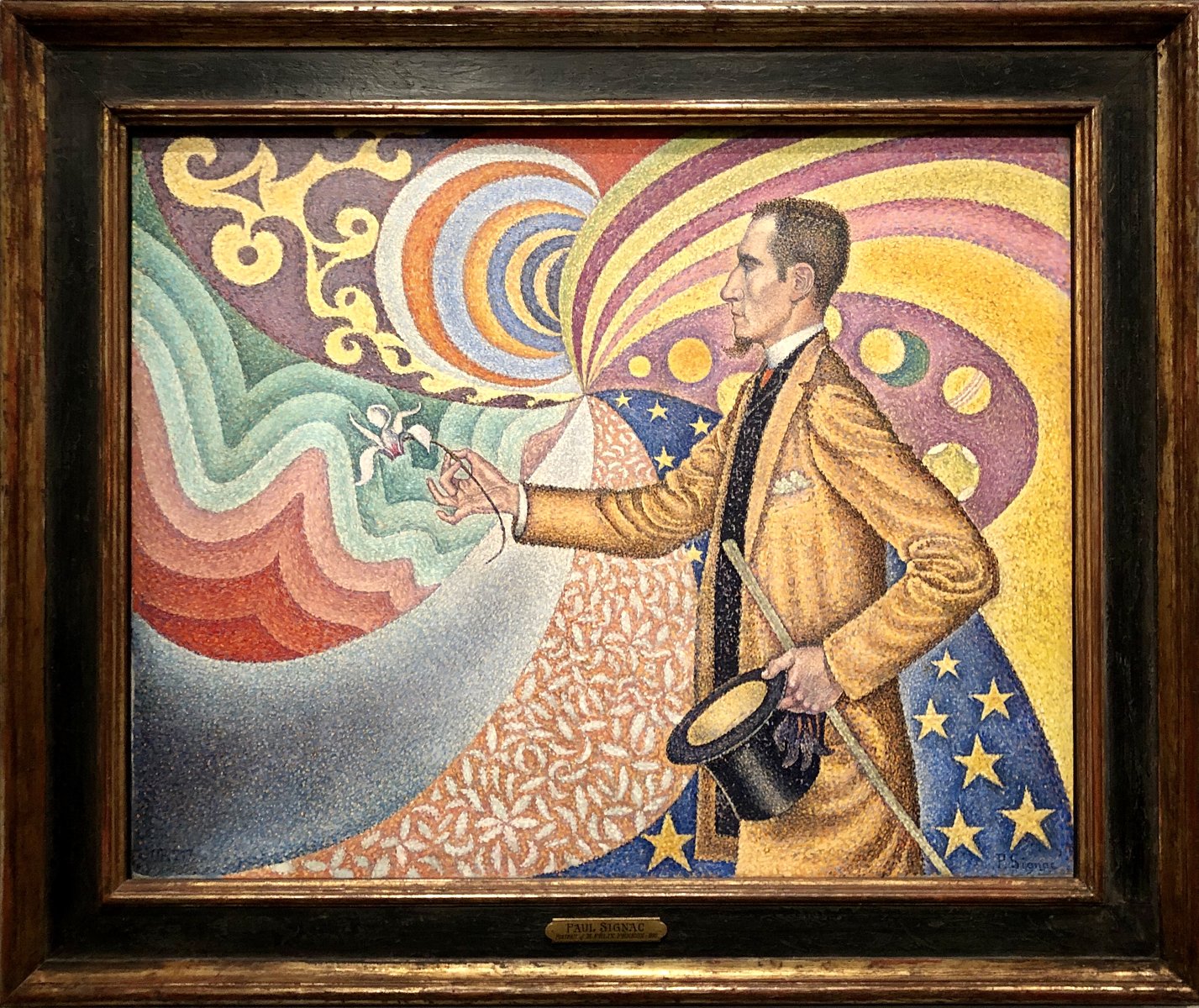 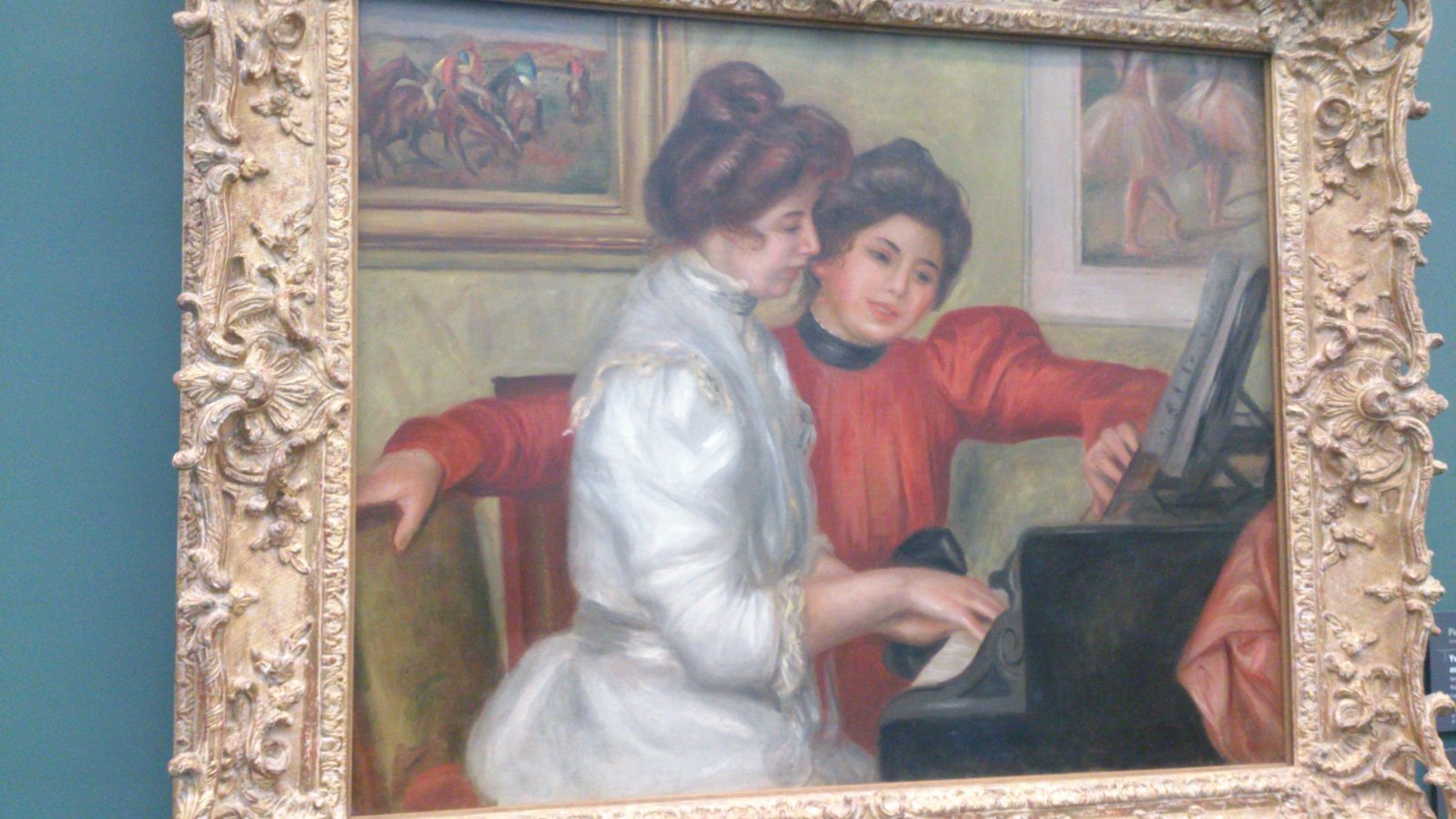 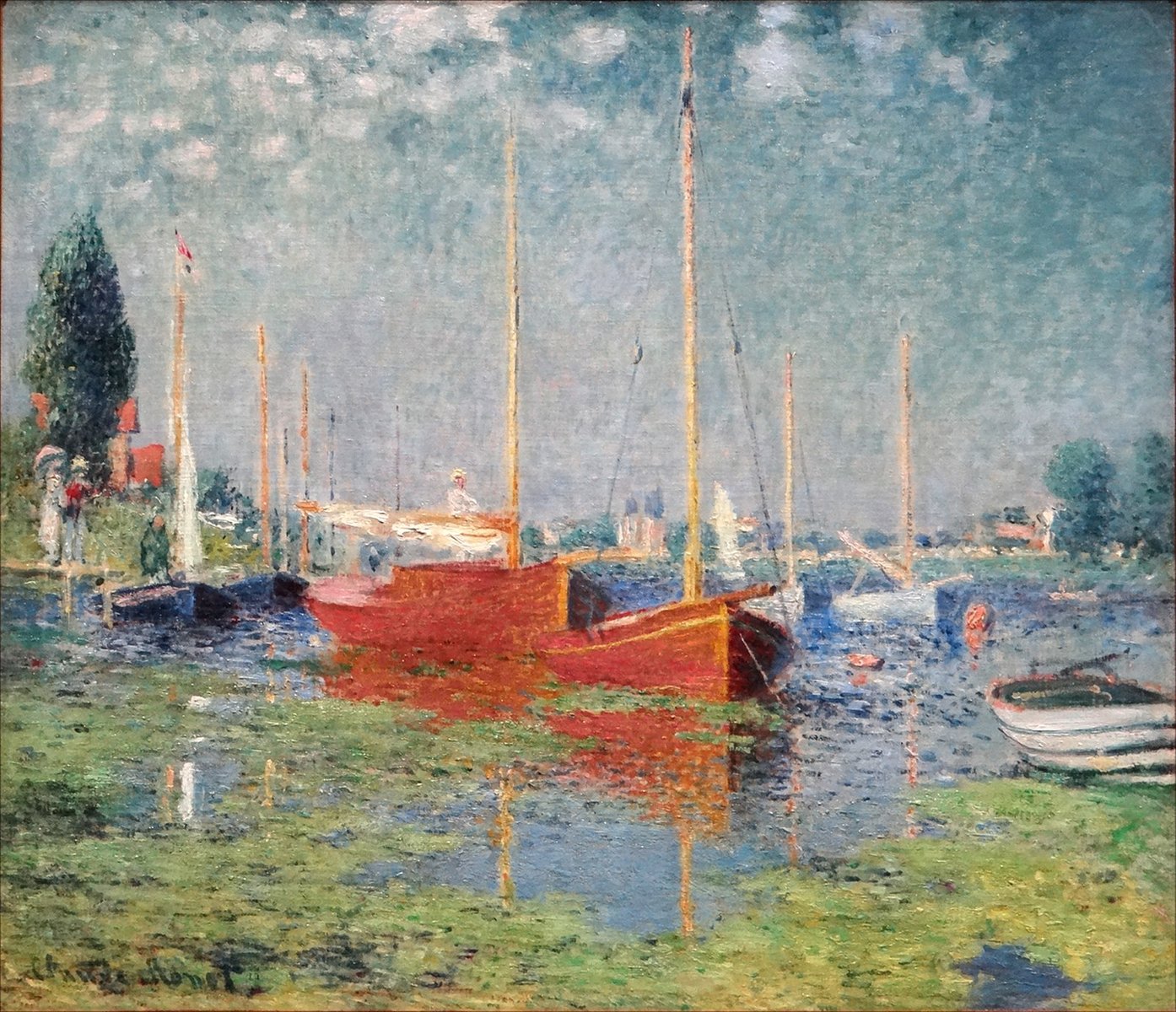 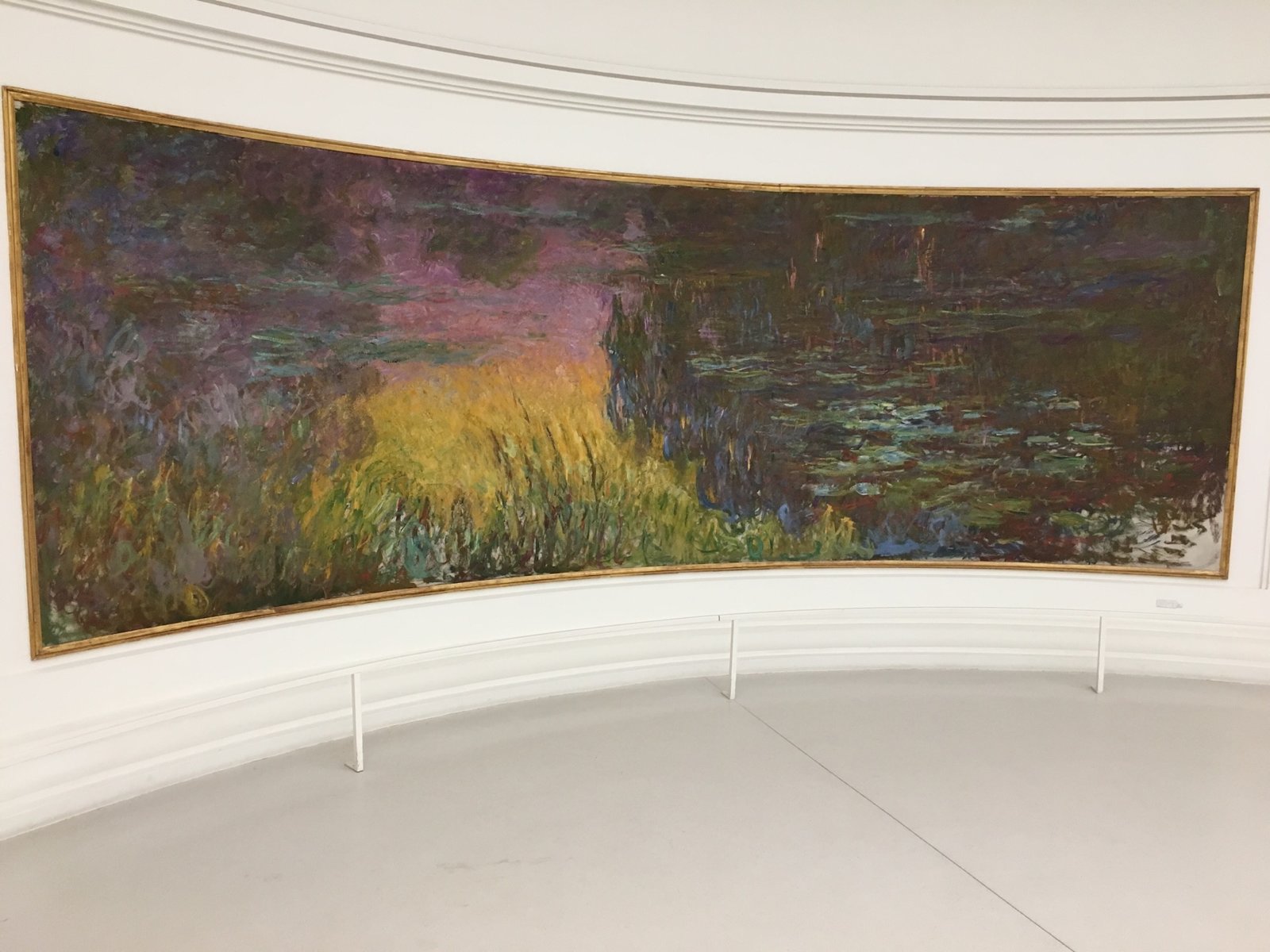 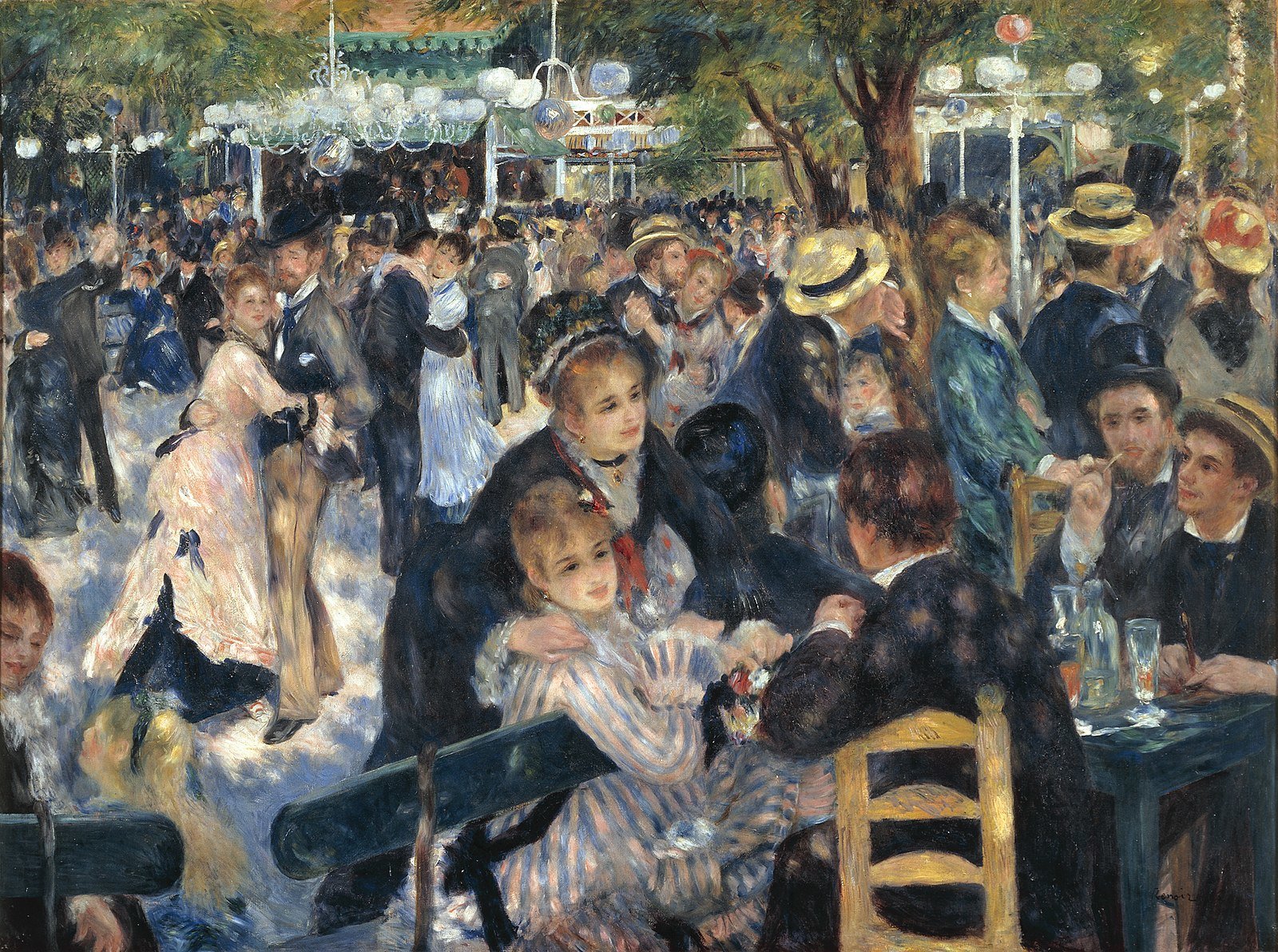 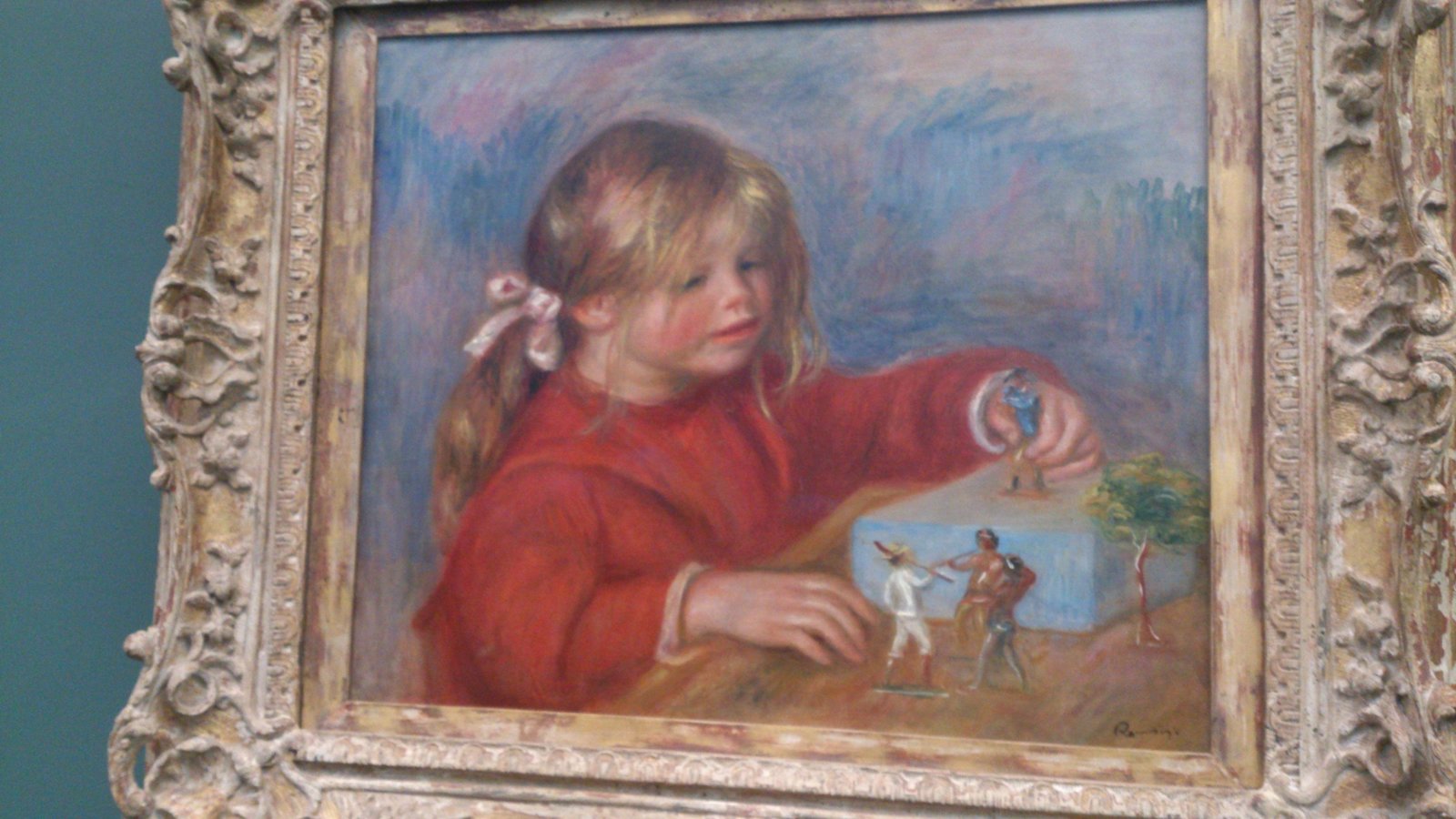 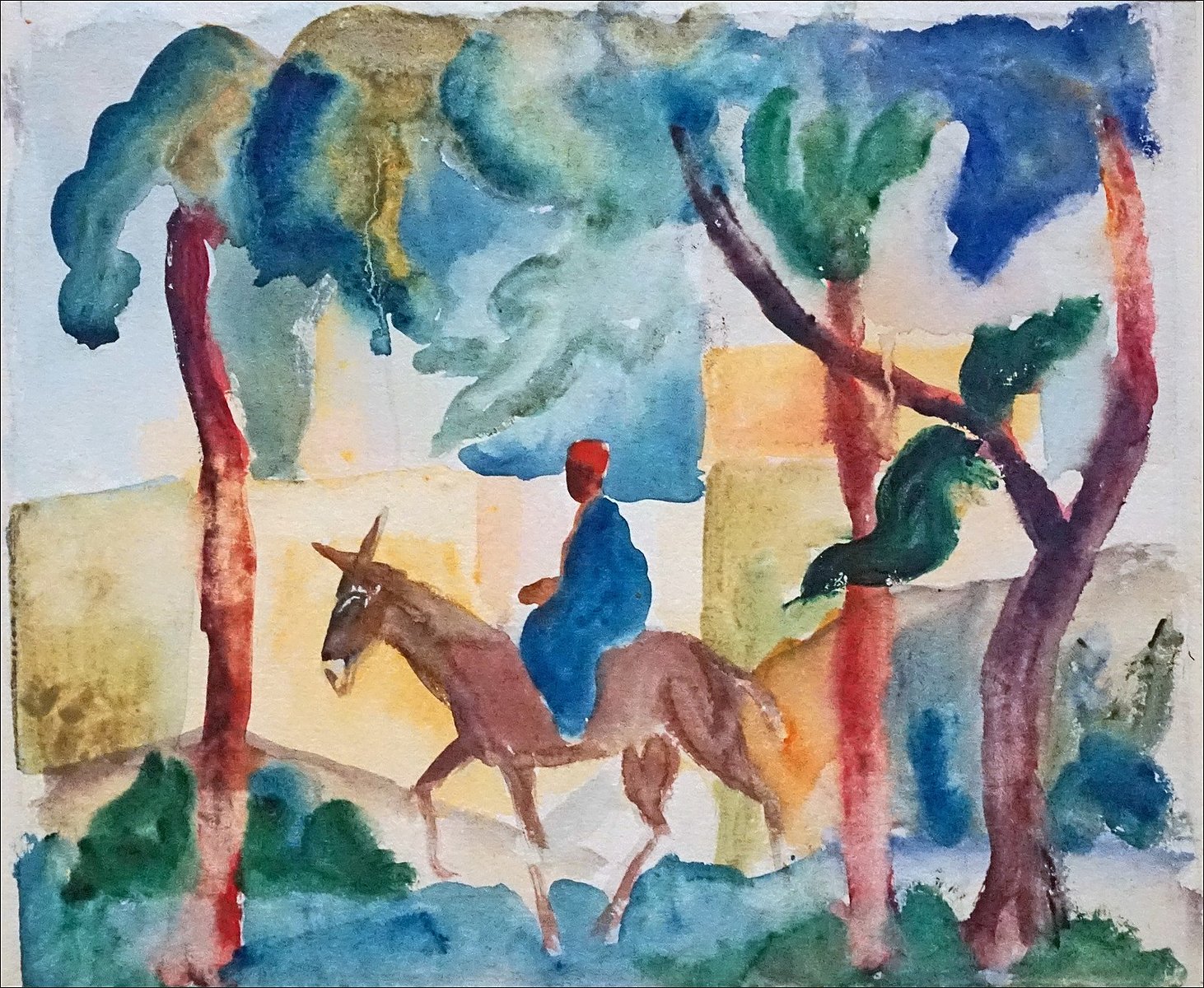 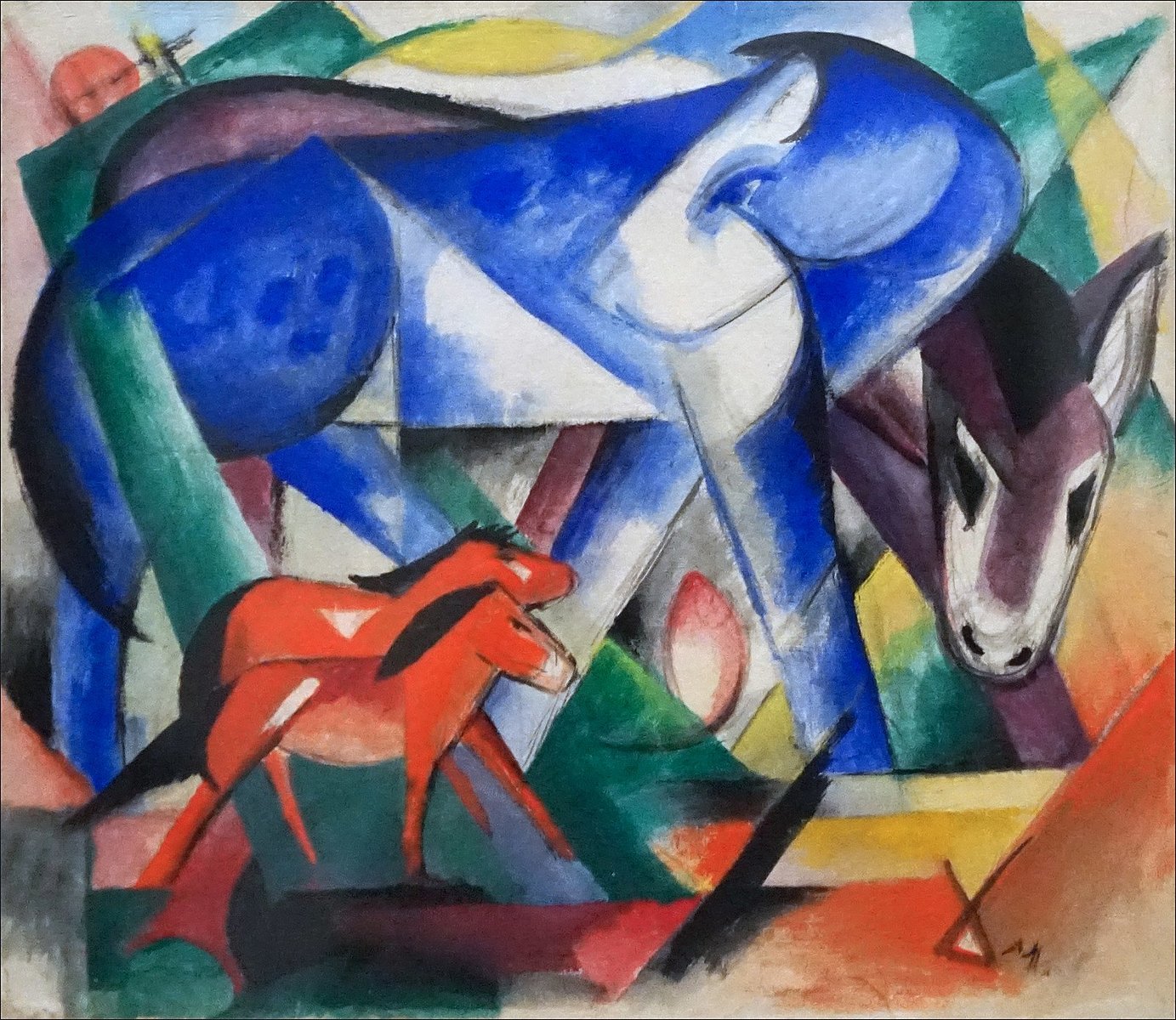 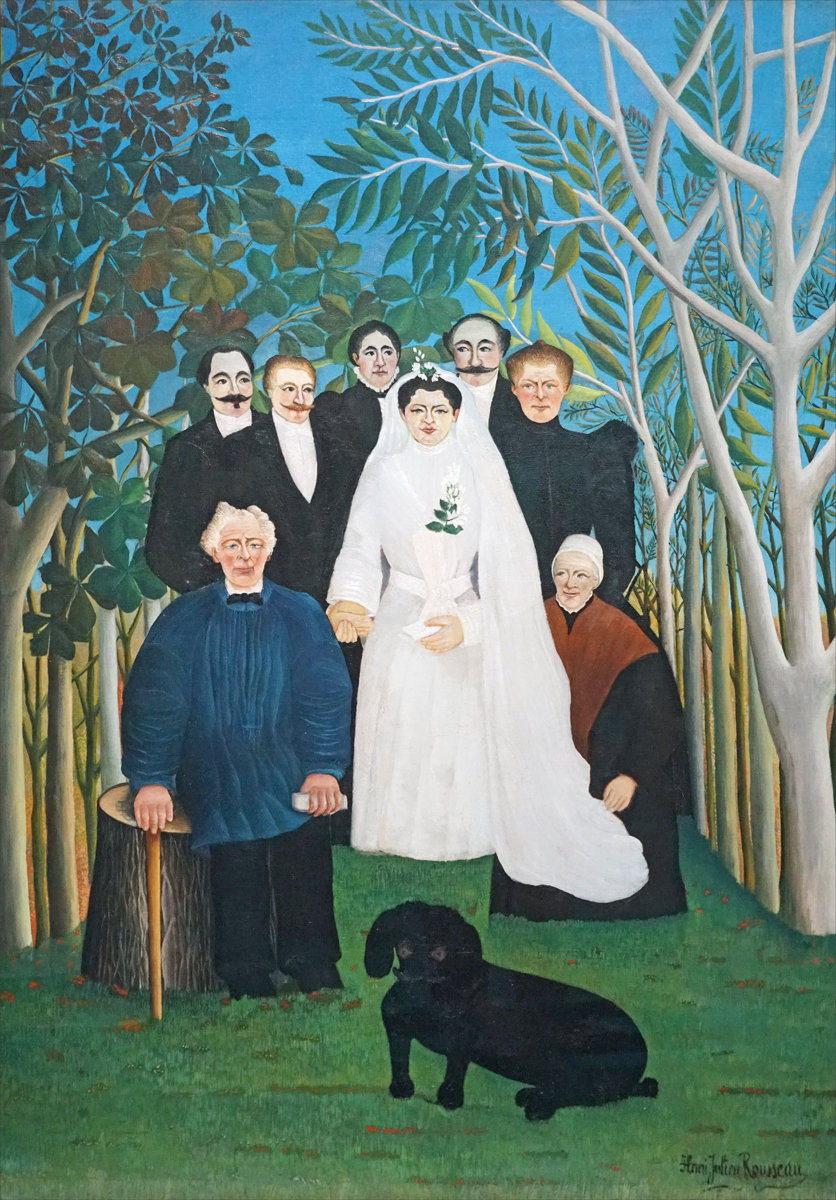 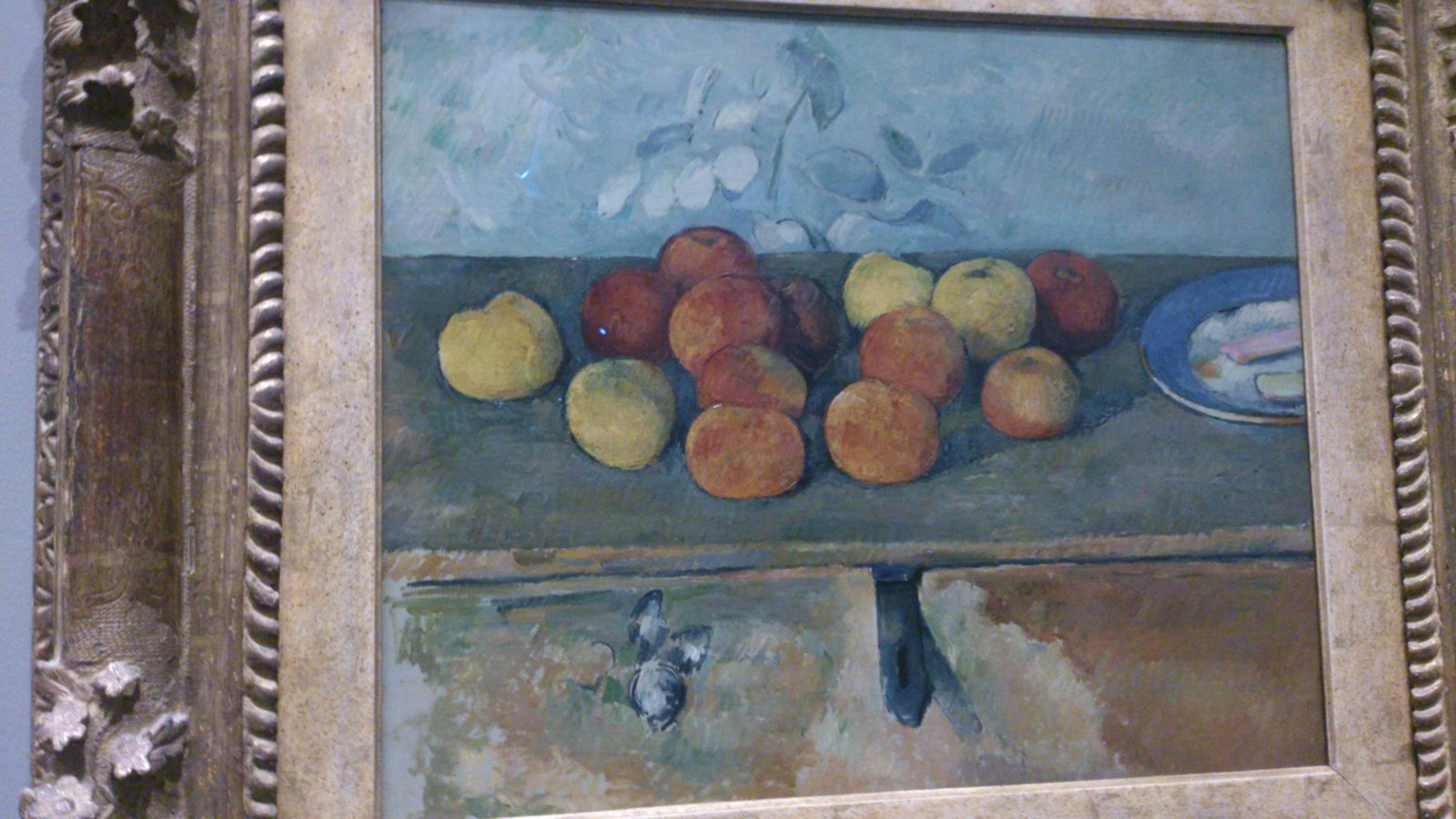 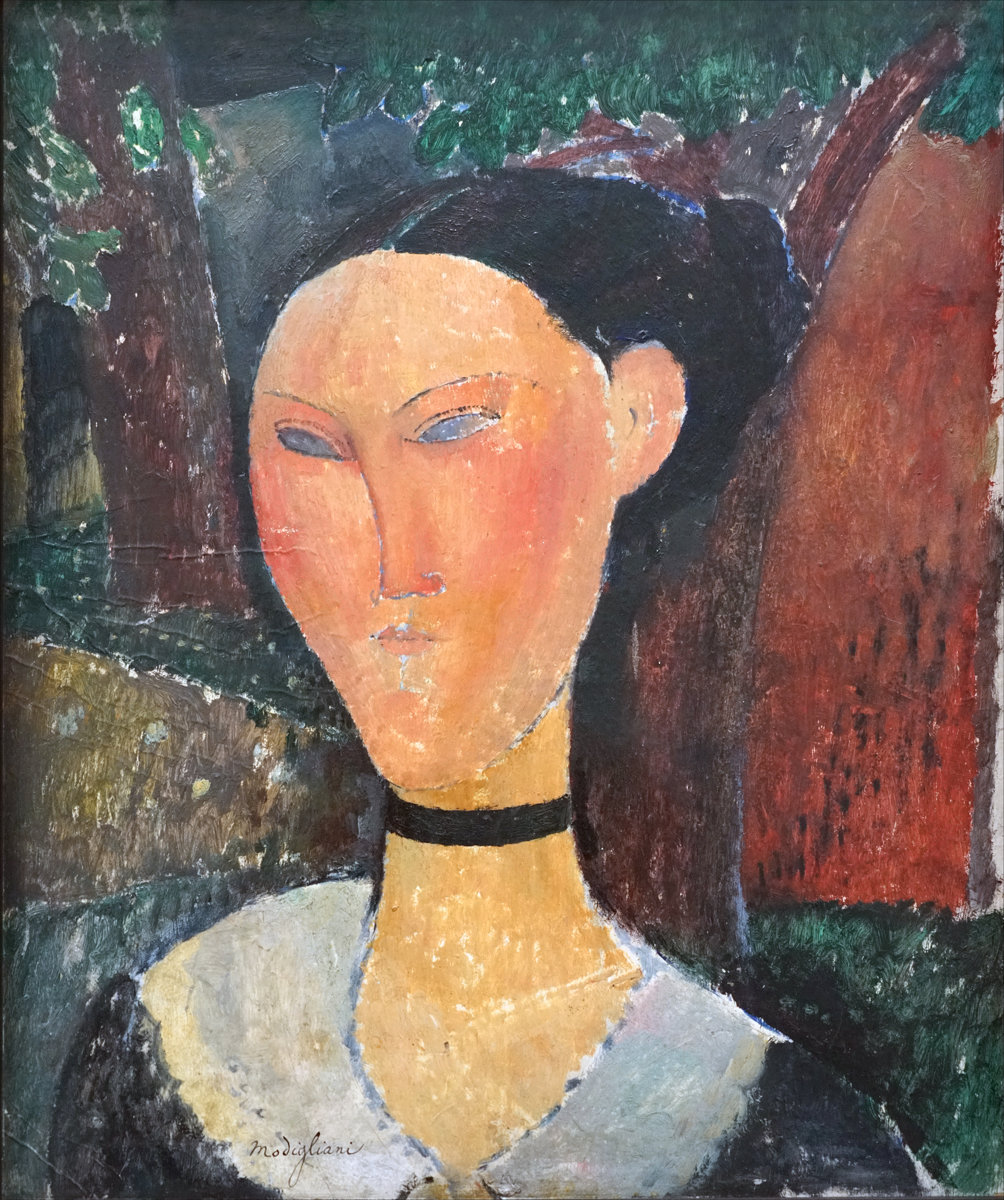