×
What are you looking for?
See all results
Museums in Munich 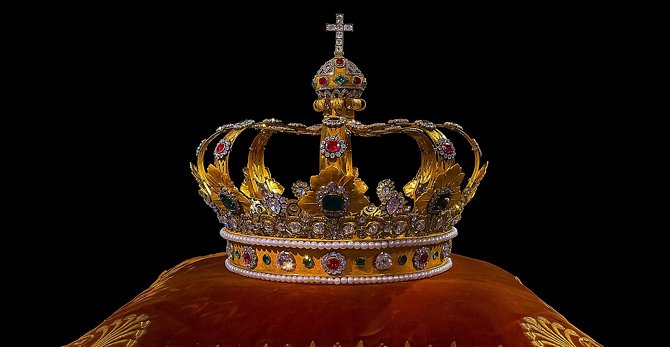 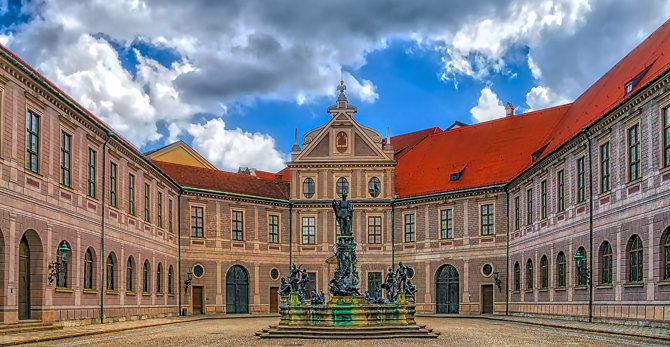 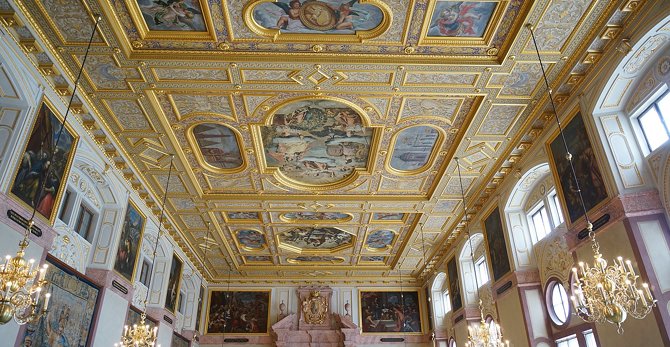 The Munich Residenz (German for "residence") is the former royal palace of the Bavarian monarchs in the center of the city of Munich, Germany. The Residenz is the largest city palace in Germany and is today open to visitors for its architecture and room decorations, and displays from the former royal collections.

The first buildings at this site were erected in the year 1385. The sturdy new castle (Neuveste - new fortress), surrounded by wide moats at what used to be the very north eastern corner of the new double ring of walls, replaced the difficoult to defend Old Court in the middle of the town as residence of the Wittelsbach rulers. The dukes of the multiply divided country felt the urge to keep some distance to the pretty rebellious city dwellers at the one hand and for some scaffolding against their warrious relatives at the other. So they sought to build themselves a shelter impregnable and easy to leave (directly towards the glacis, without having to enter city lanes) at the same time. The gothic foundation walls and the basement vaults of the old castle are the oldest surviving parts of the palace. The Residenz's development over the centuries didn't only take place out of its main nucleus, the Neuveste, but in addidtion it grew together out of several single parts and extensions, the first of which used to be the Antiquarium (see below). Finally, after more than four centuries of development, the giant palace had practically replaced a whole former city quarter with barracks, a monastery, houses and gardens. It assembles the styles of the late Renaissance, as well as of Baroque, Rococo and Classicism.

Maximilian I (1597-1651) commissioned what is now called the Old Residenz (Alte Residenz), the west wing of the palace. Today's admeasurements are from the times of Ludwig I of Bavaria (1825-1848), who instructed his architect Leo von Klenze to build the King's tract (Königsbau) in the south in the style of the Florentine Palazzo Pitti, the neoclassical 250 m-long Banqueting Hall wing (Festsaalbau) in the north and the Byzantine Court Church of All Saints (Allerheiligen-Hofkirche) at the east side. Facing the church, the Marstall, the building for the former Court Riding School and the royal stables, was erected by Klenze in 1817-1822. The Max-Joseph Denkmal at Max-Joseph-Platz before the Königsbau, was created as a memorial for King Maximilian Joseph by Christian Daniel Rauch and carried out by Johann Baptist Stiglmaier, but only revealed in 1835 since the king had rejected to be eternalized in sitting position.

Ten yards can be found inside the large complex: The Grotto Courtyard (Grottenhof) with the Perseus Fontain was built between 1581-1586 under William V (1579-1597) by Friedrich Sustris as the leading architect, the Brunnenhof (Fontain Court) served for tournaments before the large Wittelsbach Fountain was erected in the middle of the court in 1610. Other yards are the Kapellenhof (Chapel Court), the Kaiserhof (Emperor's Court), the Apothekenhof (Apothecary Court), the Puderhöfchen (Small Powder Court), the Königsbauhof (King's Tract Court), the Küchenhof (Kitchen Court), the Kabinettsgarten (Cabinet Garden), and the finally the Zierhöfchen (Decorative Court).

The palace was severely damaged by bombing during World War II, but most of the rooms were reconstructed by the 1980s. Some of the buildings, however, had been remade in a simplified manner. Examples are the facade of the Alte Residenz on Residenzstrasse or the Arcades in front of the former throne hall on the first floor of the Festsaalbau. A substantial loss especially is the destruction of the neo-classical rooms in the Festssalbau (including the Grand Throne Hall, which is now Hercules Concert Hall), the destruction of the rich décor of the Papal Rooms and of all the frescoes of the Court Church of All Saints.

The Hall of Antiquities (Antiquarium), built in 1568-1571 for the antique collection of Albert V (1550-1579) by Wilhelm Egkl and Jacobo Strada, is the largest Renaissance hall north of the Alps. Remodeled into a banquet hall by Friedrich Sustris in 1586-1600. The Antiquarium housed the ducal library until 1581. The low hall was then covered with a barrel vault that had 17 window lunettes. The hall was adorned with paintings by Peter Candid, Antonio Ponzano, and Hans Thonauer the Elder, though some were initially designed by Sustris himself. The Court Chapel (Hofkapelle), the Emperor's Staircase (Kaisertreppe) and Imperial Hall (Kaisersaal), the Stone Rooms (Steinzimmer; 1612-1617; general design by Hans Krumpper) and the Trier Rooms (Trierzimmer); ceiling frescoes by Peter Candid) built for Maximilian I are typical for the early 17th century.

The baroque era is represented by the Papal Rooms (Päpstlichen Zimmer), erected under his son Ferdinand Maria (1651-1679). The Ancestral Gallery (Ahnengallerie; 1726-1731) with the Porcelain Cabinet (both constructed by Joseph Effner) and the Ornate Rooms (Reichen Zimmer) designed by François de Cuvilles for Charles Albert (1726-1745) are magnificent examples for the court Rococo style. Under Maximilian III (1745-1777) the Apartments of the Elector (Kurfürstenzimmer) were constructed between 1746 and 1763. Also the Residenz Theatre was added under Maximilian III.

The neoclassical epoch is represented especially by the Charlotte Rooms (Charlottenzimmer) but also by the Royal Apartments and the Halls of the Battles (Schlachtensäle) in the Königsbau. The wall and the ceiling paintings by Julius Schnorr von Carolsfeld in the Nibelungensäle (Nibelungen Halls; 1827-1834) produced in the same period are the first monumental representations of the Nibelungenlied.

Founded by Albert V the house jewels of the Wittelsbach are today on display in the treasury (Schatzkammer), ten halls in the east wing of the Königsbau. The collection is one of the most important in the world and spans 1000 years from the early Middle Ages to Classicism. On display are royal insignia, crowns, swords, goblets, goldsmith work, rock crystal, ivory work, icons and numerous other treasures like precious tableware and toiletries. (1804) inside the treasury)]] Among the exhibits are for example Emperor Charles the Bald's prayer-book (ca. 860), the altar-ciborium of Emperor Arnulf of Carinthia (ca. 890), the crown of the Empress Cunigunde, reliquary of the True Cross which belonged to the Emperor Henry II, a cross which belonged to Queen Gisela (all ca. 1000), the so-called Emperor Henry crown (ca. 1270), an English Queen's crown (ca. 1370; The oldest surviving crown of England) that came to the palatinian line of the house of Wittelsbach as dowry of the daughter of Henry IV., the famous Statuette of St George (Munich, ca. 1599), the insignia and orders of the Bavarian kings, including insignia of the Emperor Charles VII (1742), the Crown of Bavaria (1804), ceremonial swords and ruby jewelry which belonged to Queen Therese. A precious set of matching dishes served the French Empress Marie Louise during her journeys. Also Non-European art and craftwork, including Chinese porcelain, ivories from Ceylon and captured Turkish daggers are shown.

Founded already by Albert V. the Residenz houses also the Bavarian state's coin collection. With more than 300,000 coins, medals and banknotes from the ancient world to the present time it is one of the world's leading collections.

]] The Court Garden (Hofgarten) at the northern side opposite to the Festsaalbau was laid out under Maximilian I. In the middle of the park in French style a circular temple (1615) is crowned by a statue of Bavaria (1594 by Hubert Gerhard). The eastern Hofgarten arcades with the gate were done by Klenze, the northern wing with the former electoral gallery houses a theatre museum. The renaissance arcades in the north east of the park were integrated to the Bavarian State Chancellery in 1992. (The people of Munich love to denounce it as Straussoleum, according to a former state prime who commissioned it, or even Munich White House, at the one hand due to long and hard fights preventing the sate government to erect three giant wings instead of one, thus supposedly destroying the impression of the court gardens and at the other due to its enormous measures given the fact, Bavaria's no longer an independent, sovereign nation. Its middle section with the now reconstructed dome is the only remnant of the former Bavarian Army Museum, constructed already in 1900-1905 and almost completely destroyed during the bomb raids of World War II. That museum is nowadays located in the Neues Schloss in the city of Ingolstadt, 80 km north of Munich.

Tips & Hints
Arrange By:
Popular first New first
There are no tips nor hints for Munich Residenz yet. Maybe be you will be the first one to post useful information for fellow travellers? :)

The Allerheiligen-Hofkirche ('Court Church of All Saints') is a small

Glienicke Palace is located on the Island of Wannsee, near the 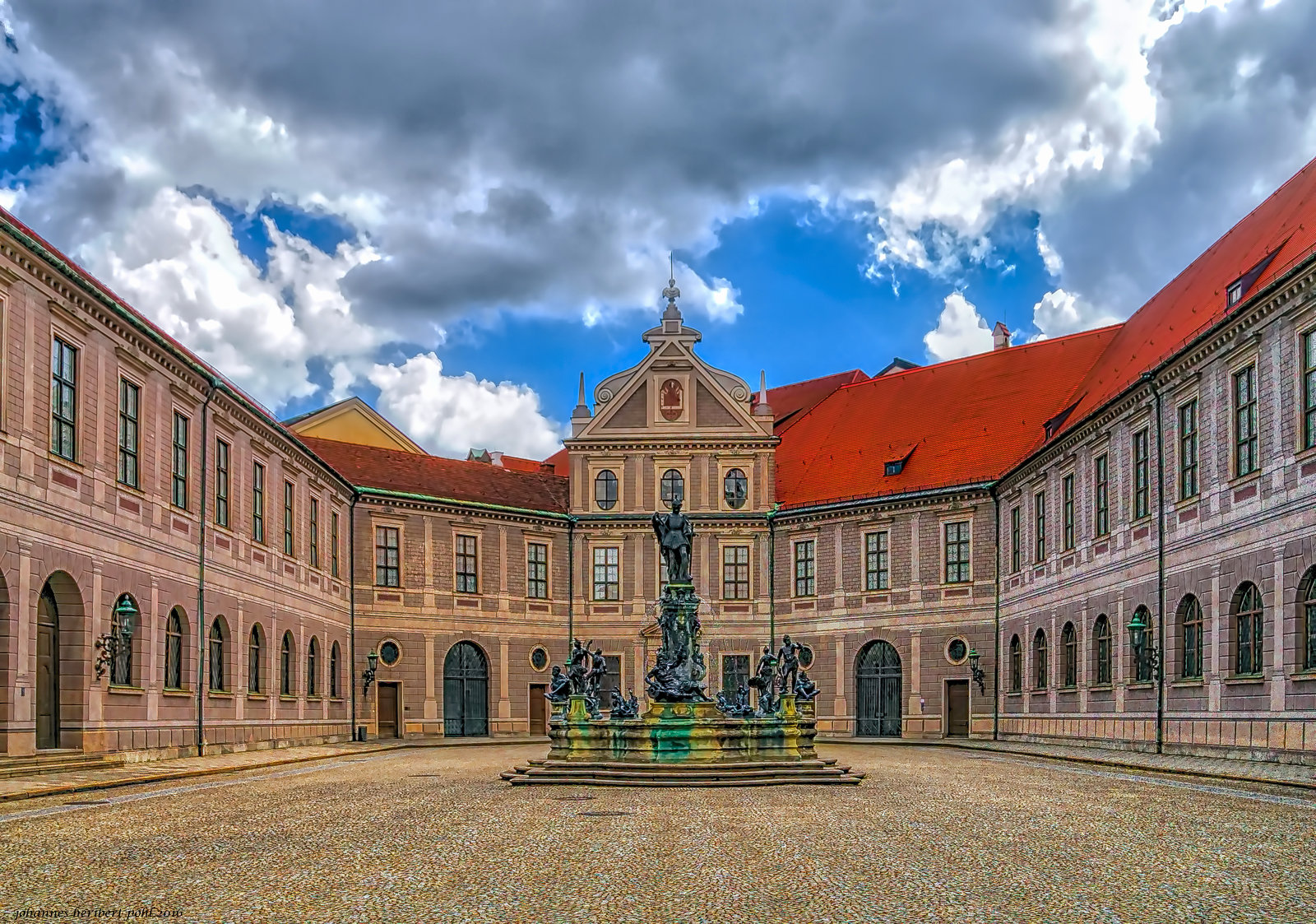 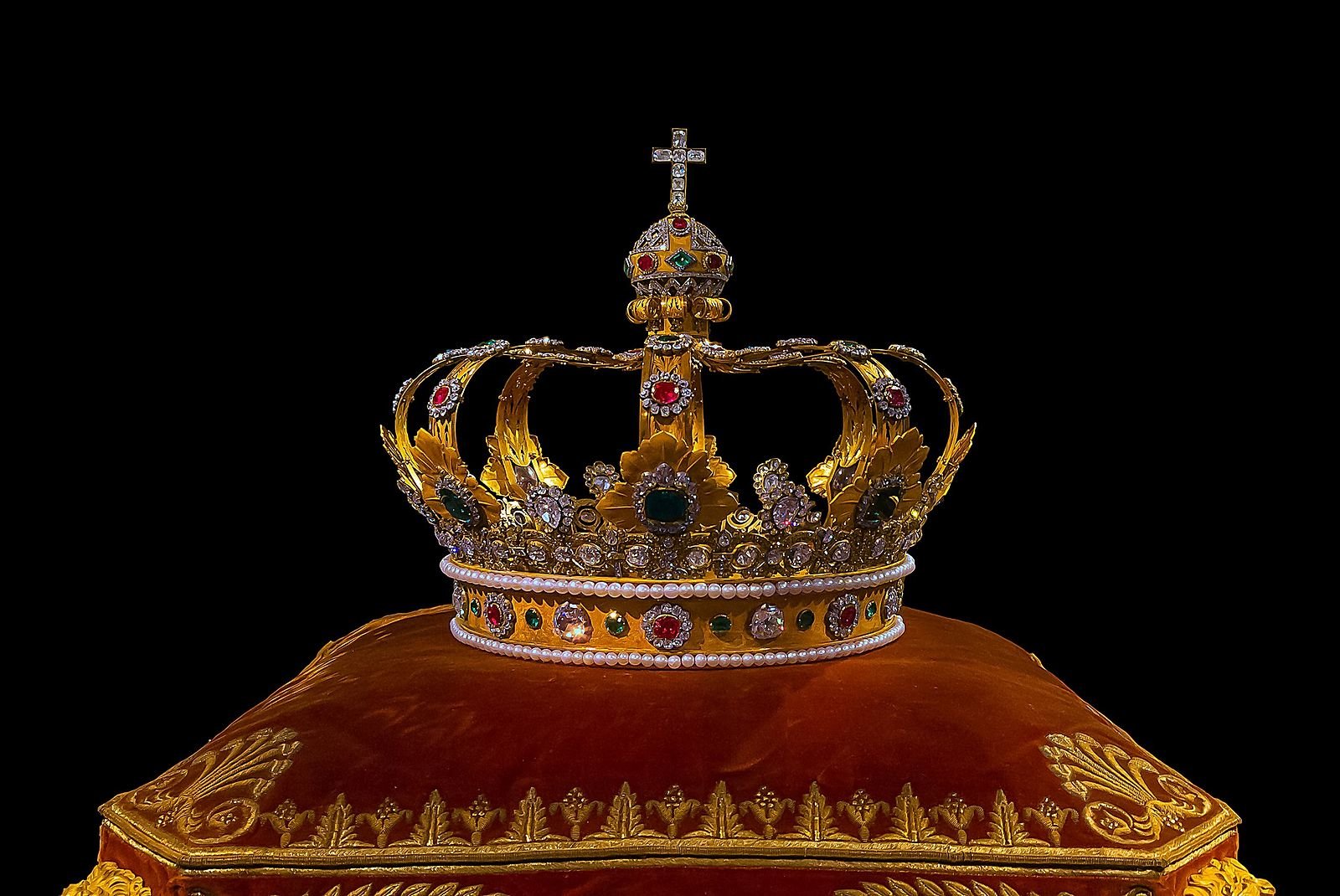 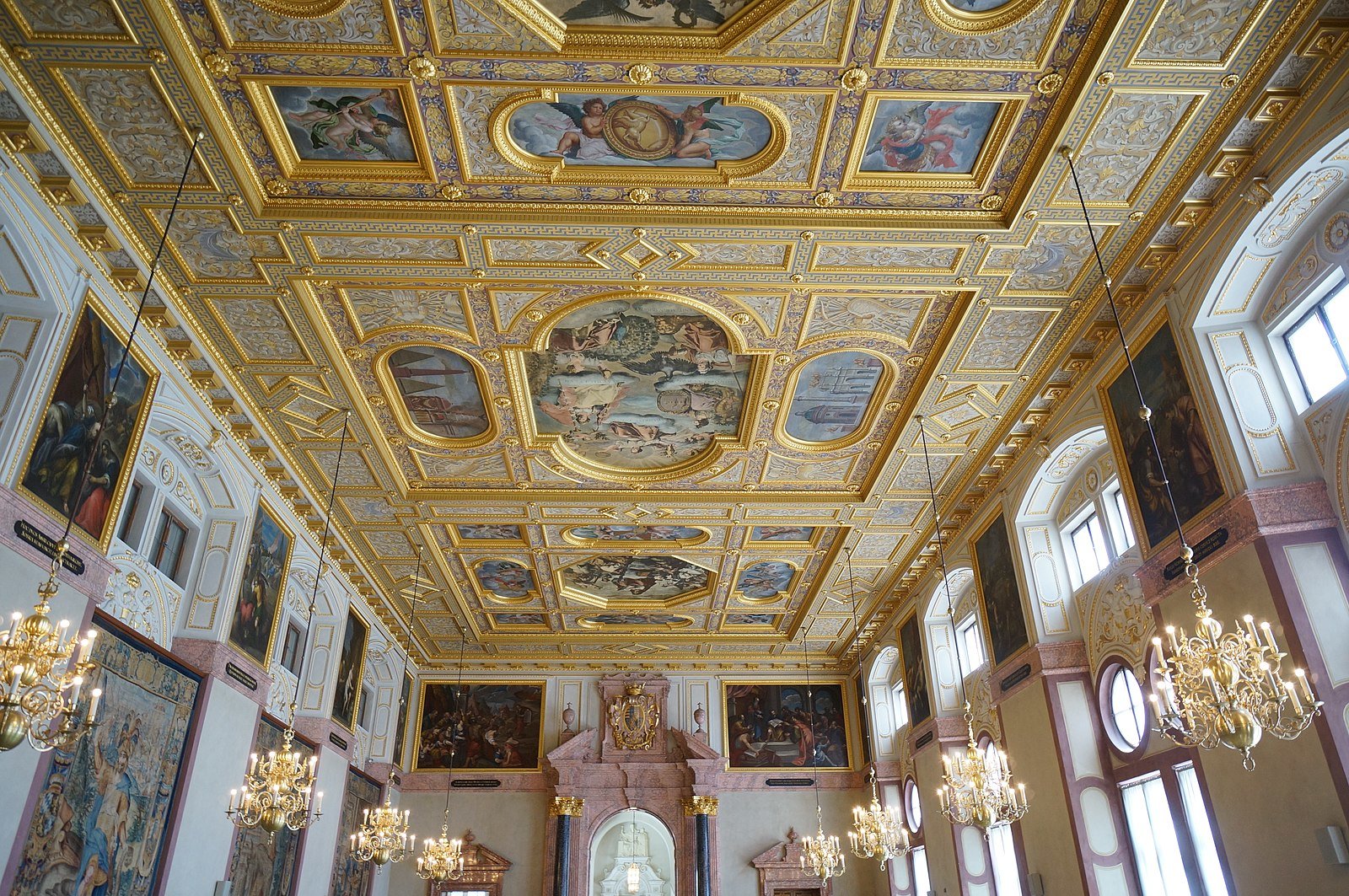 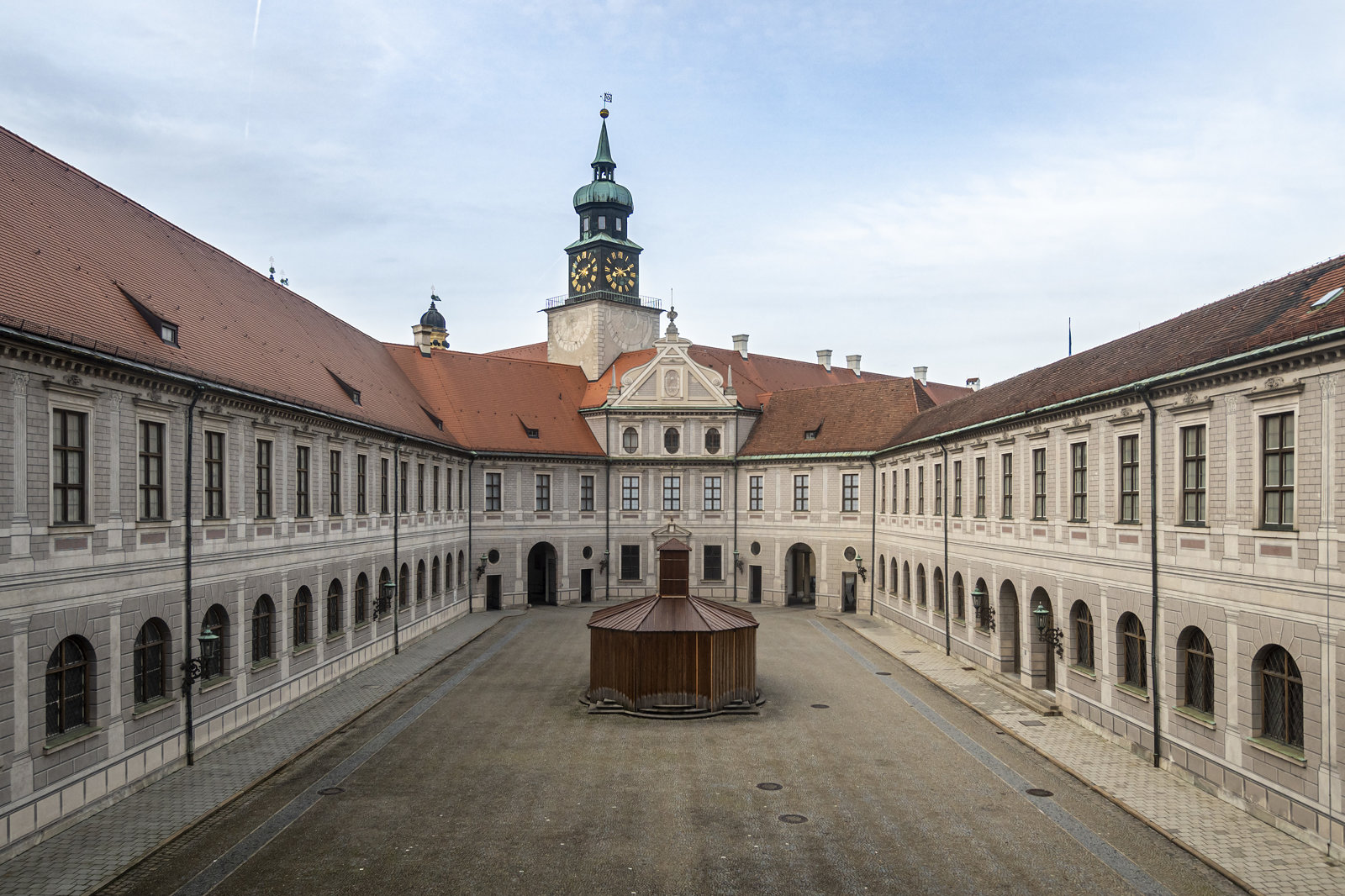 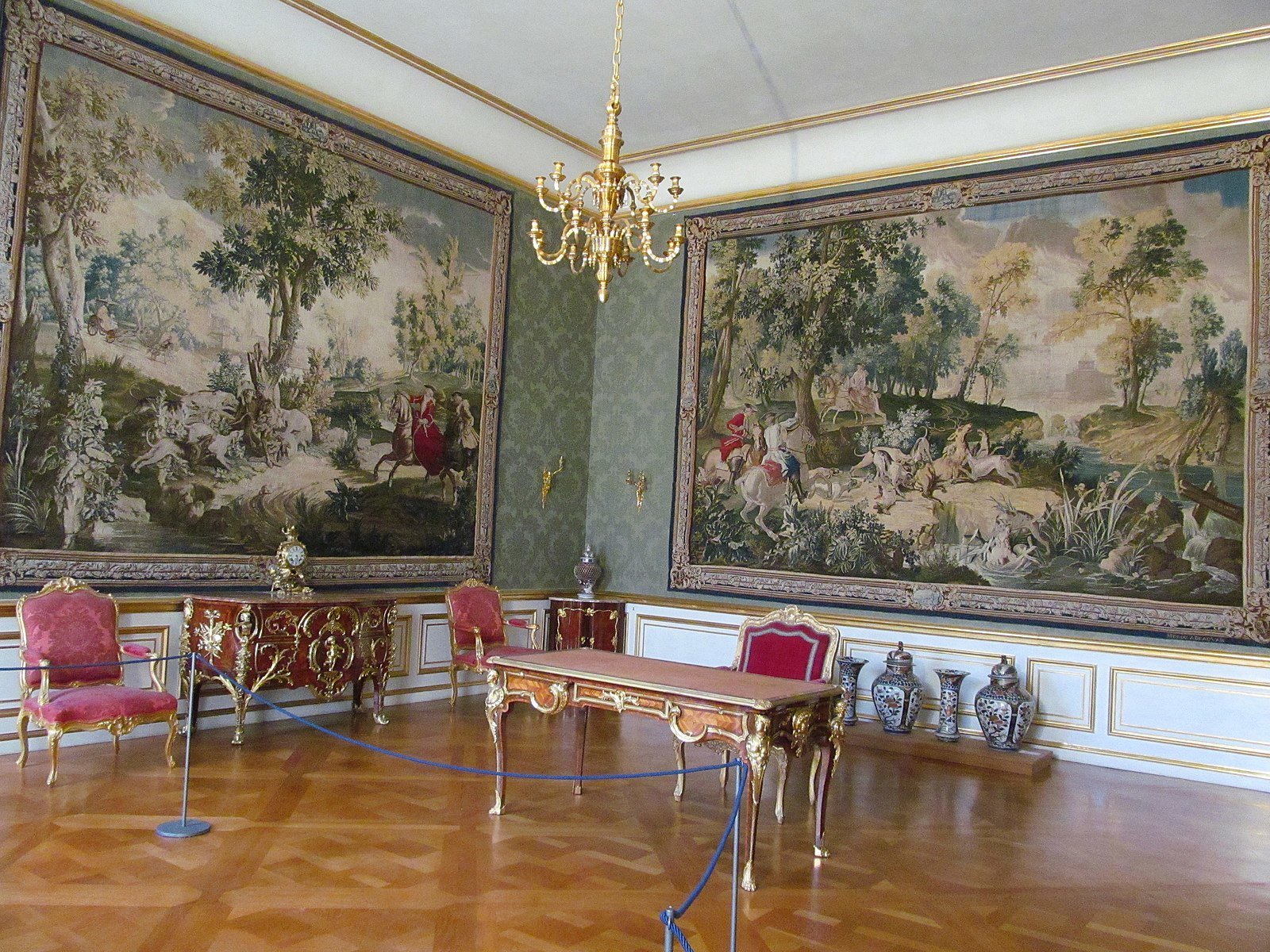 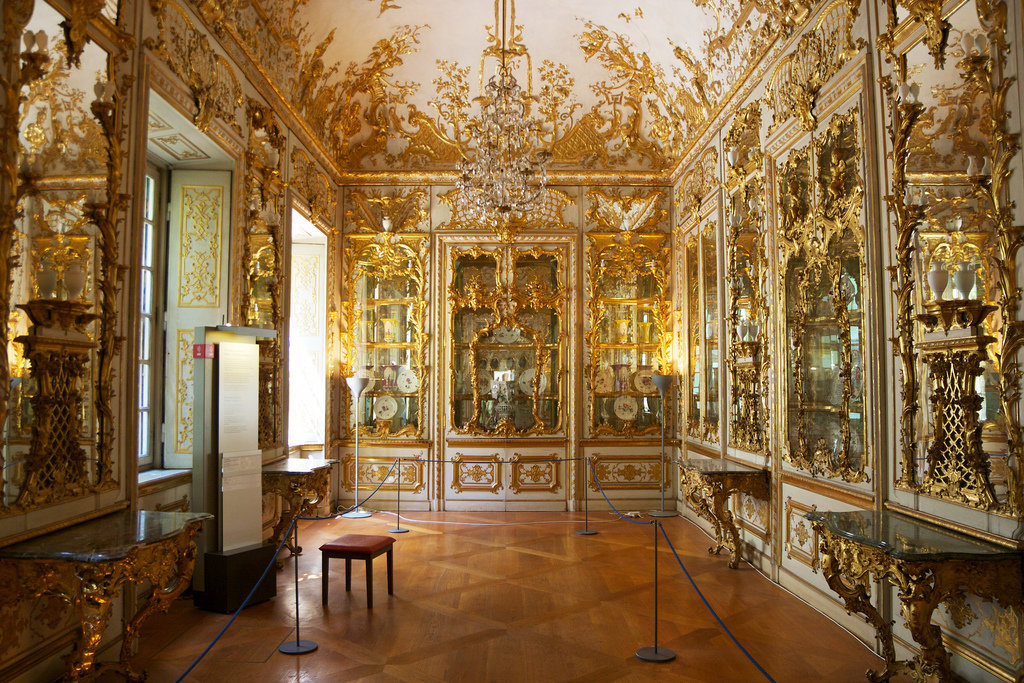 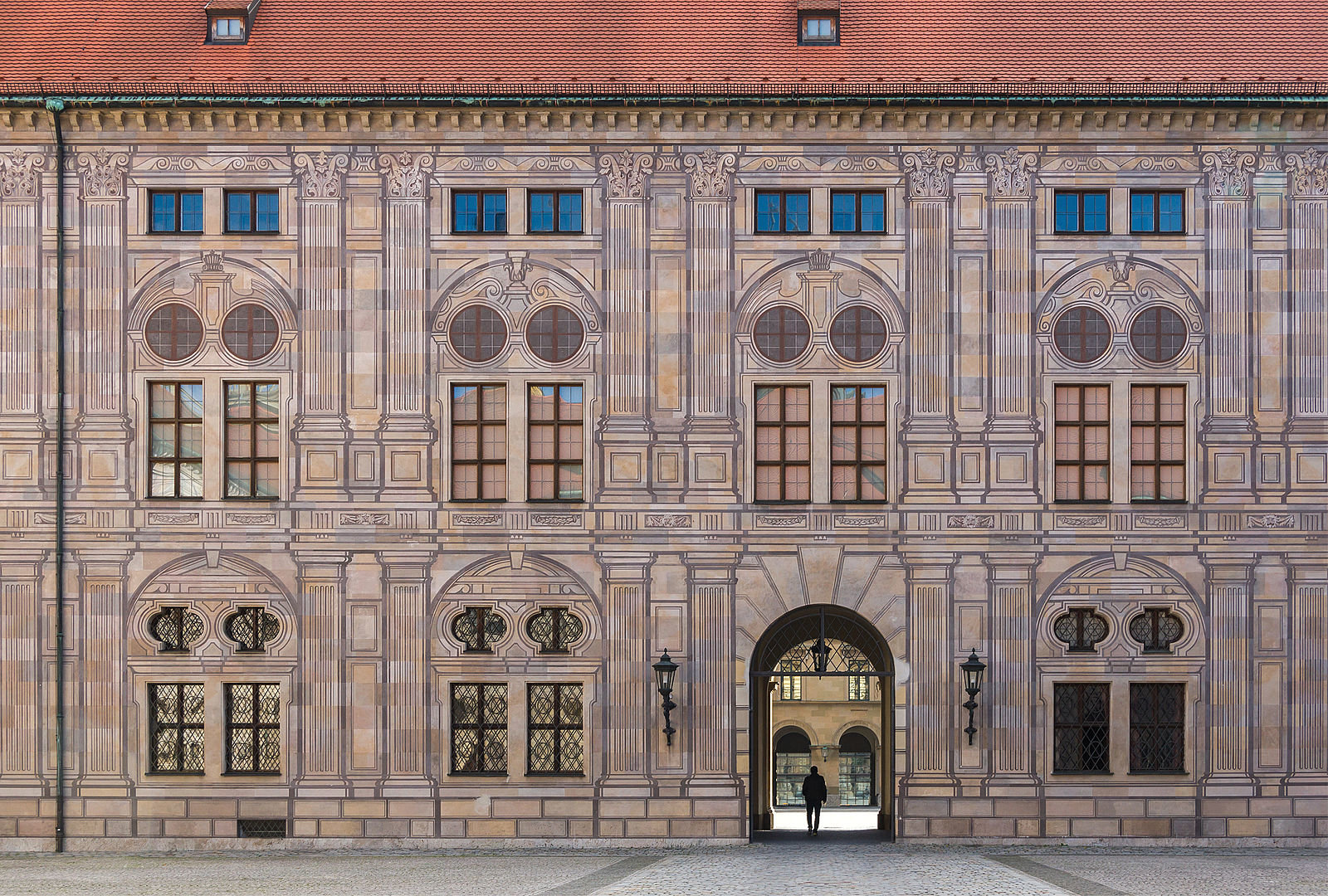 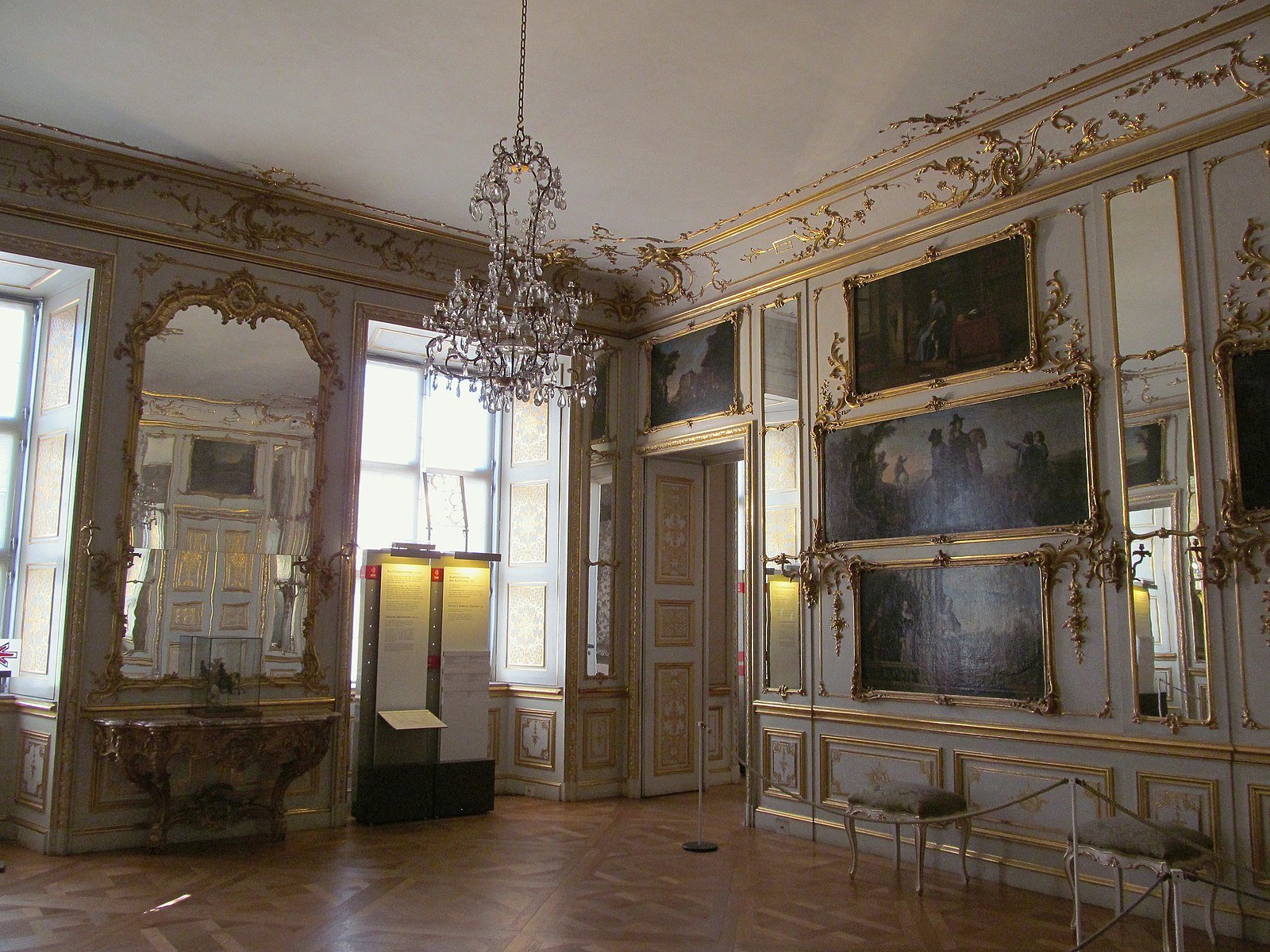 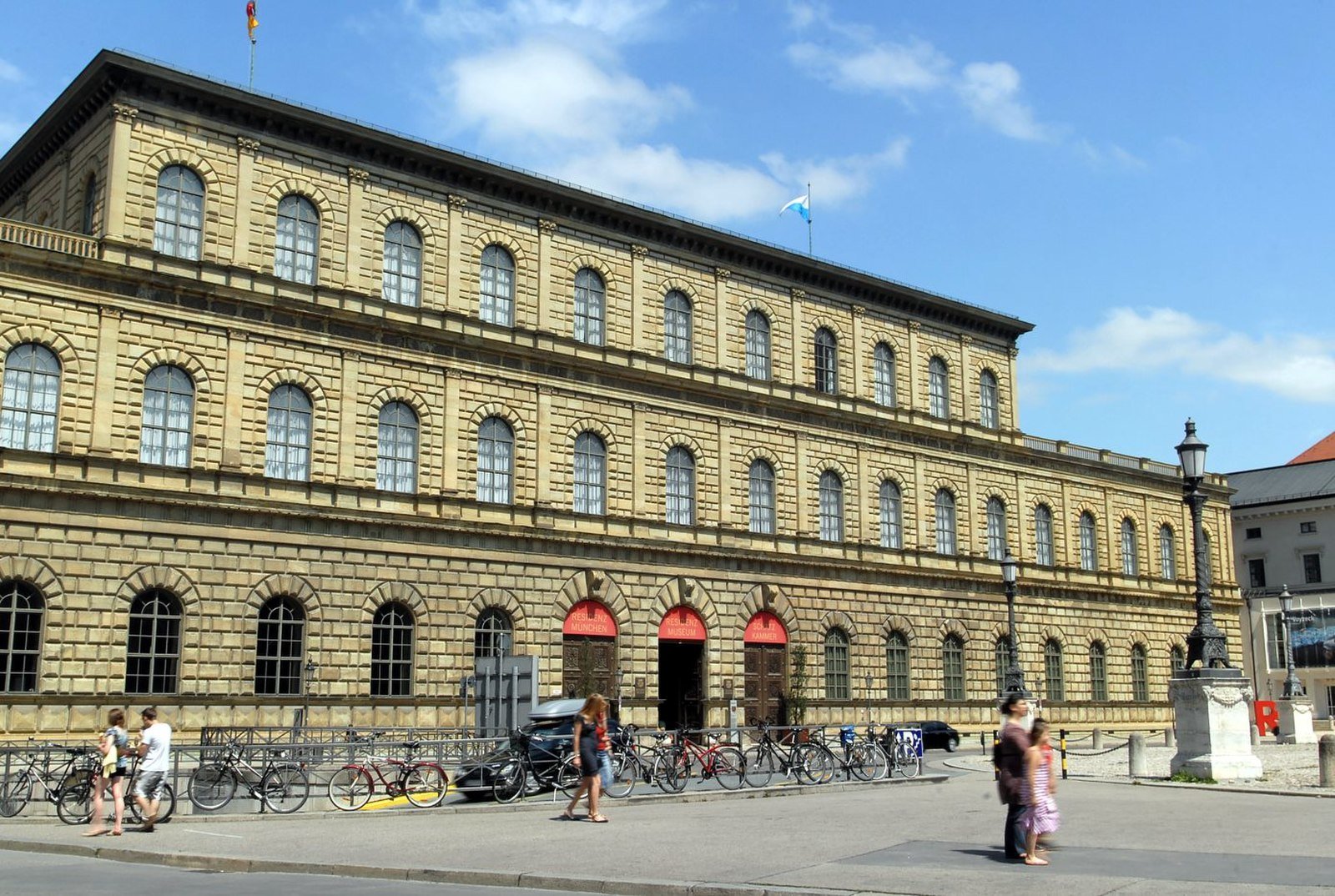 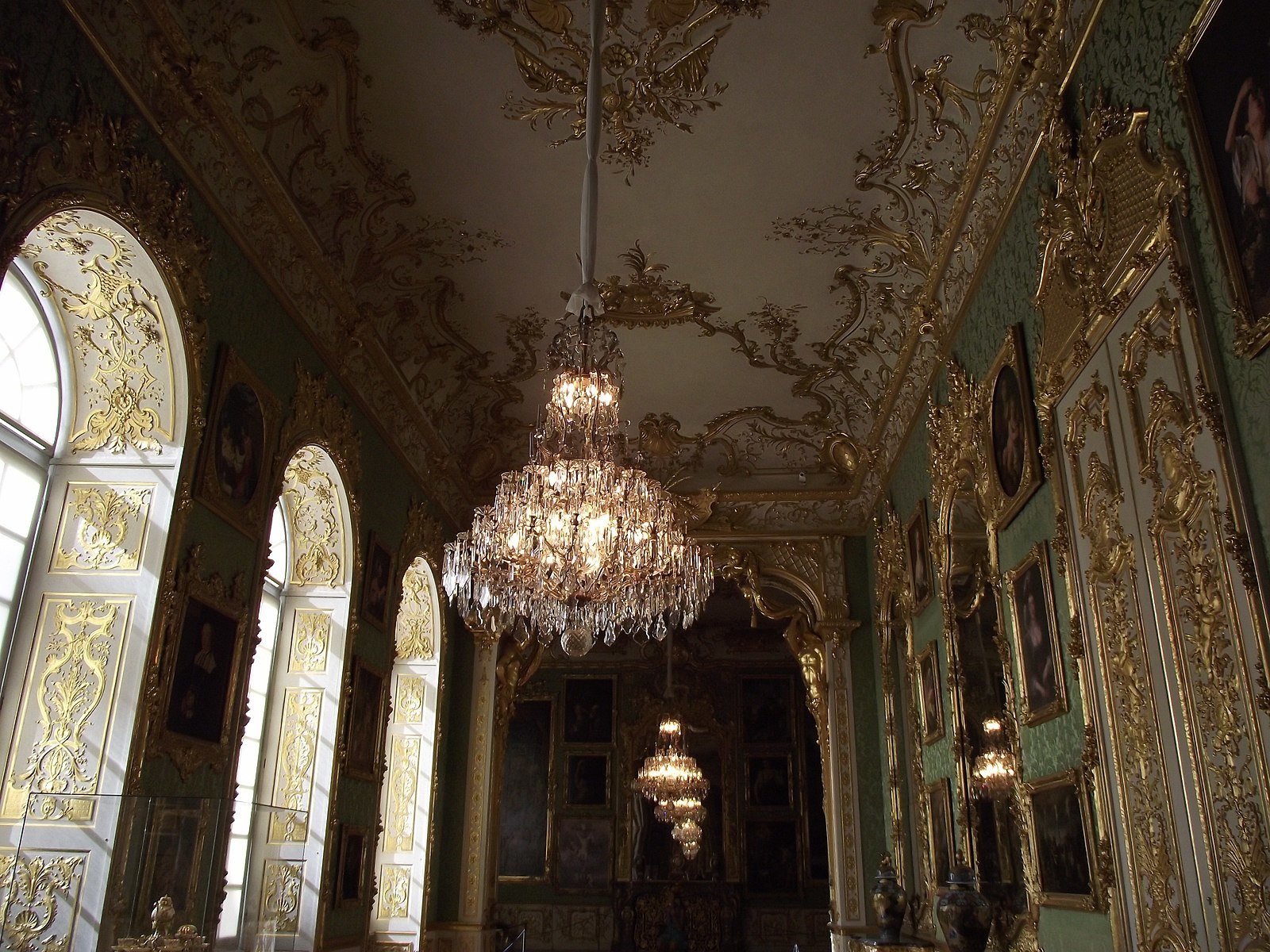 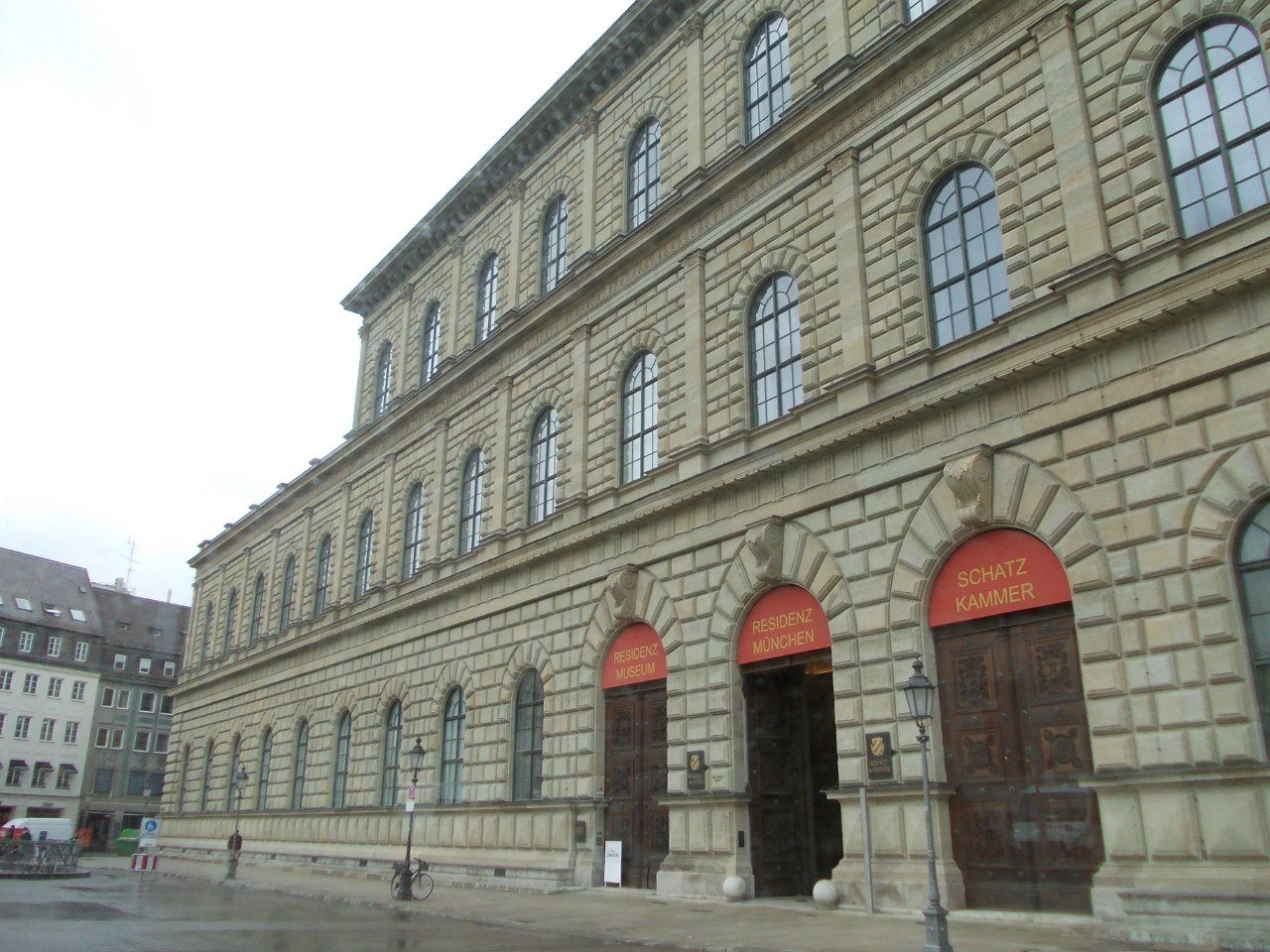 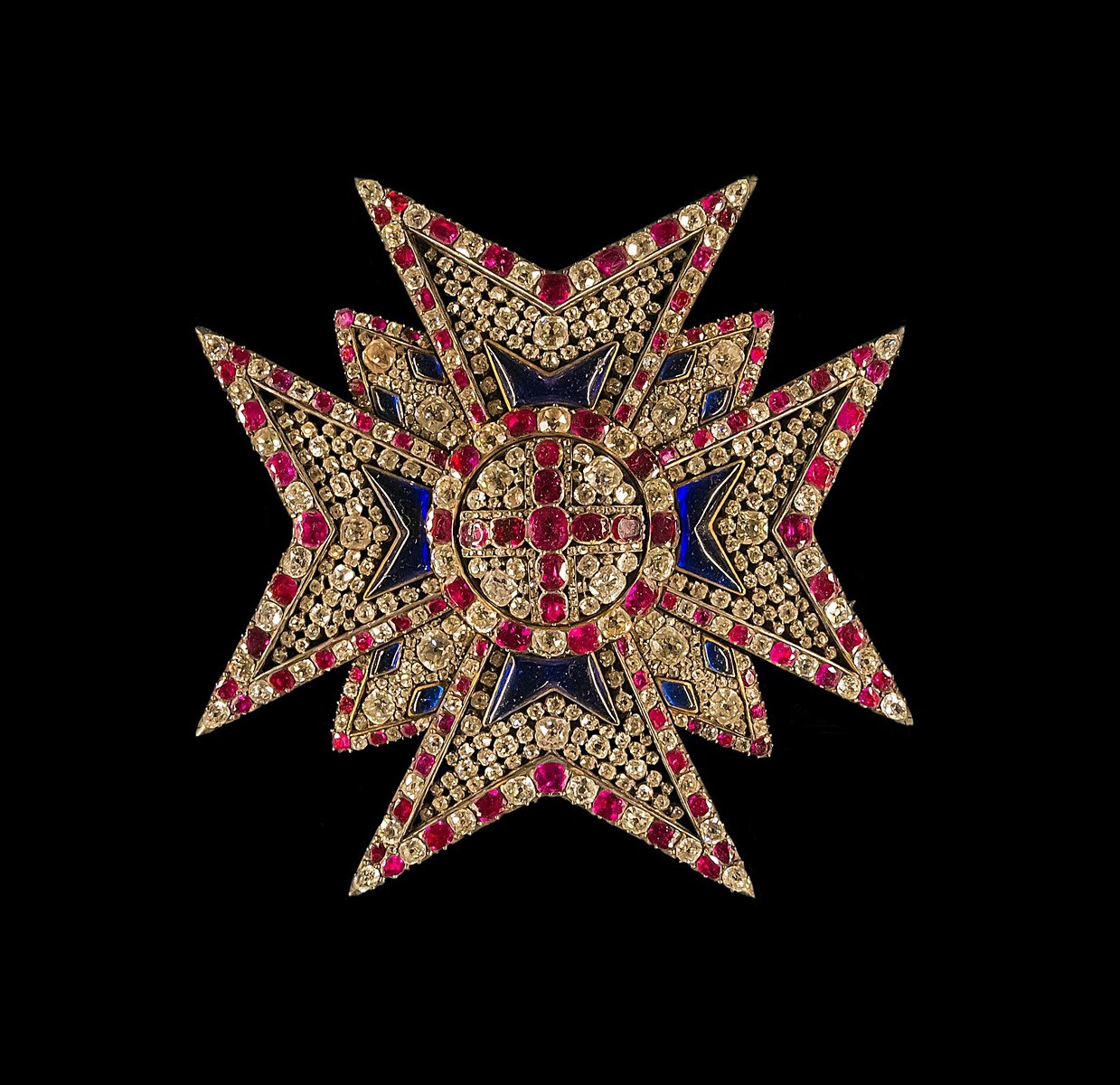 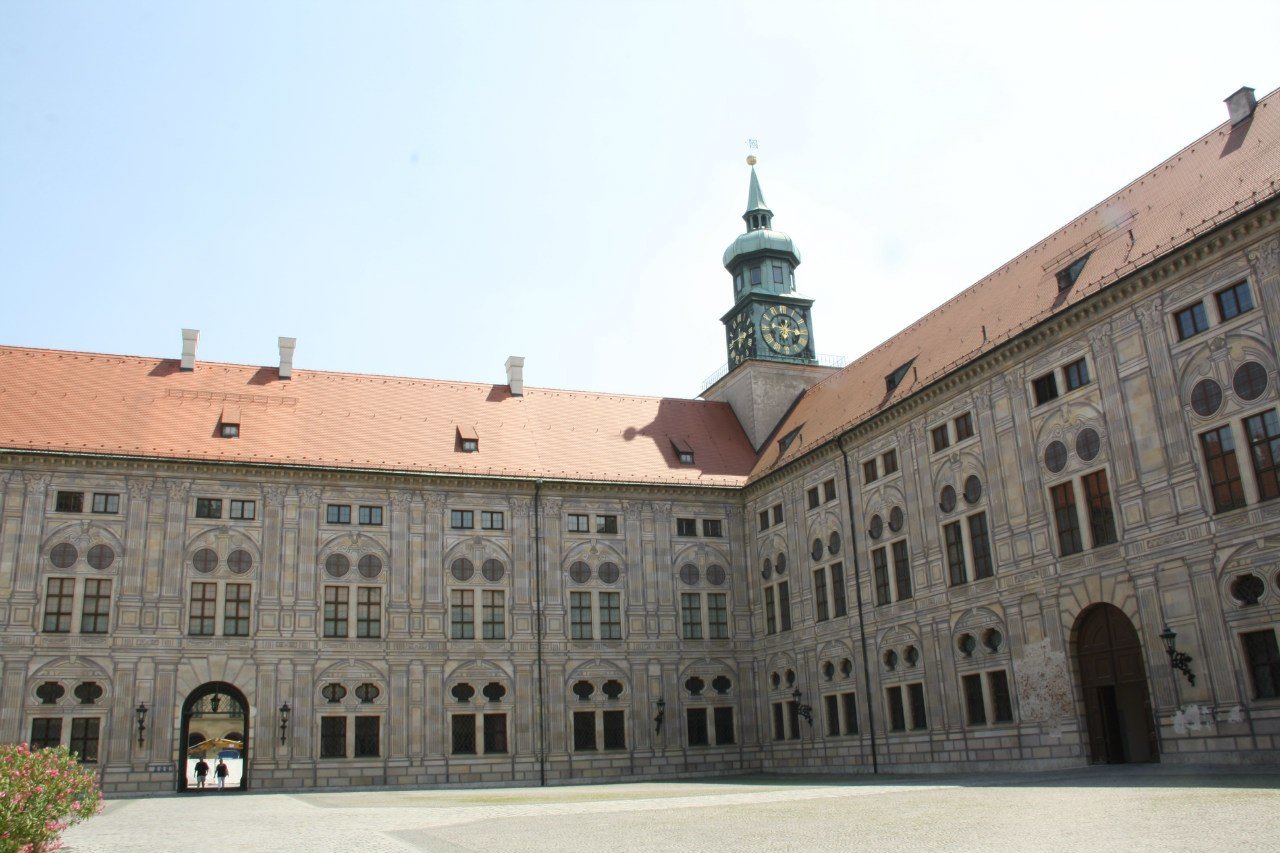 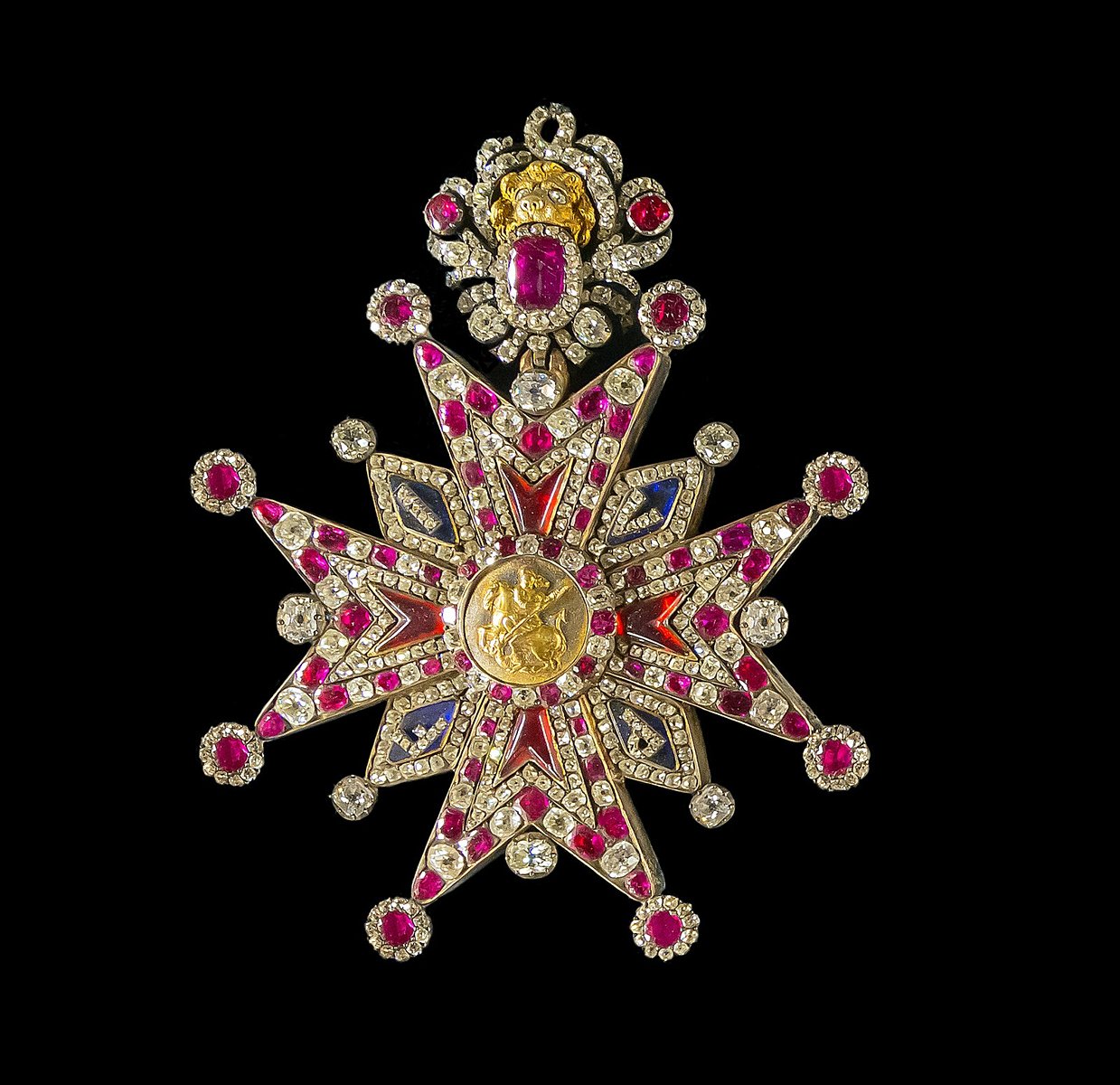 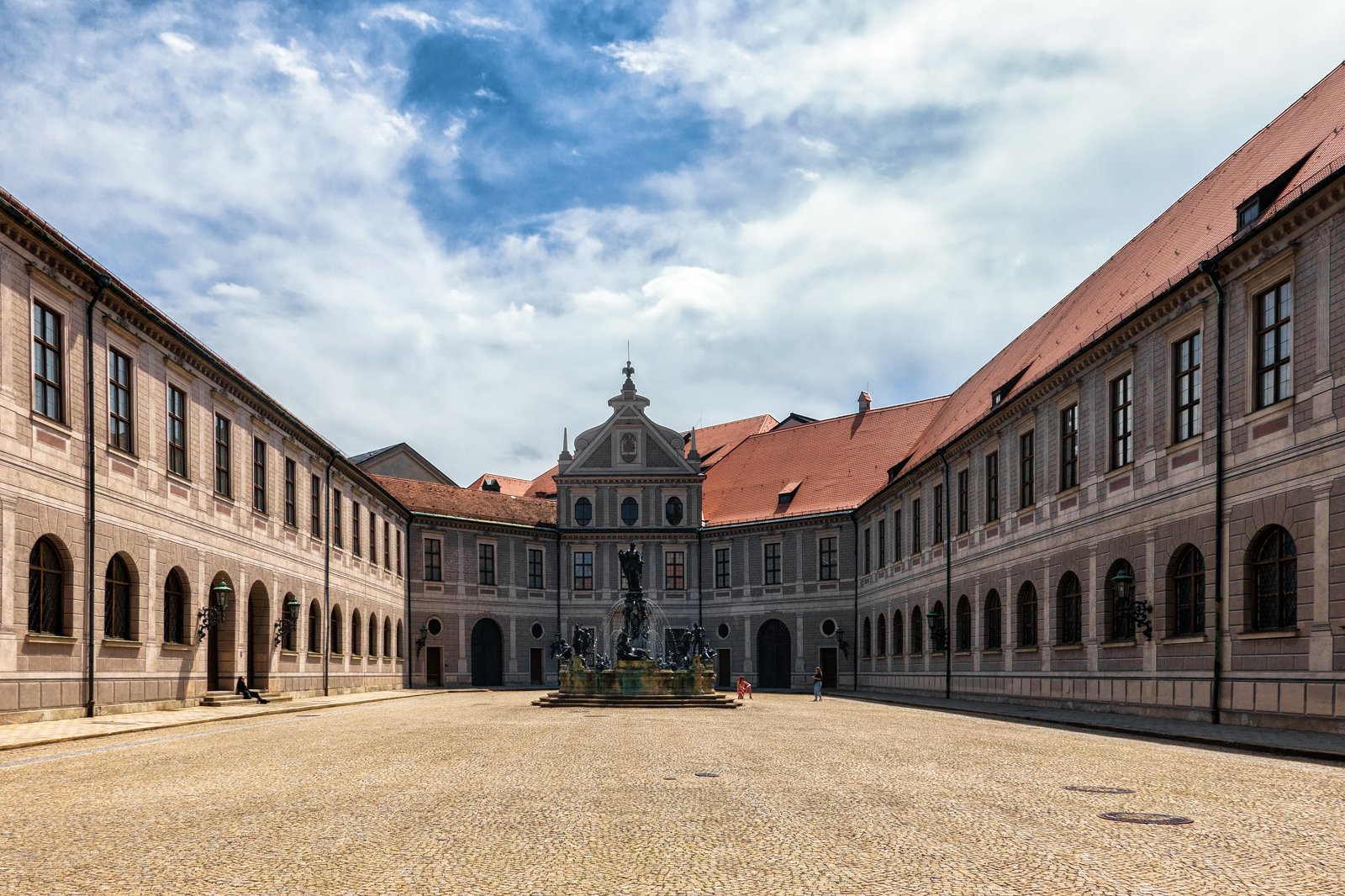 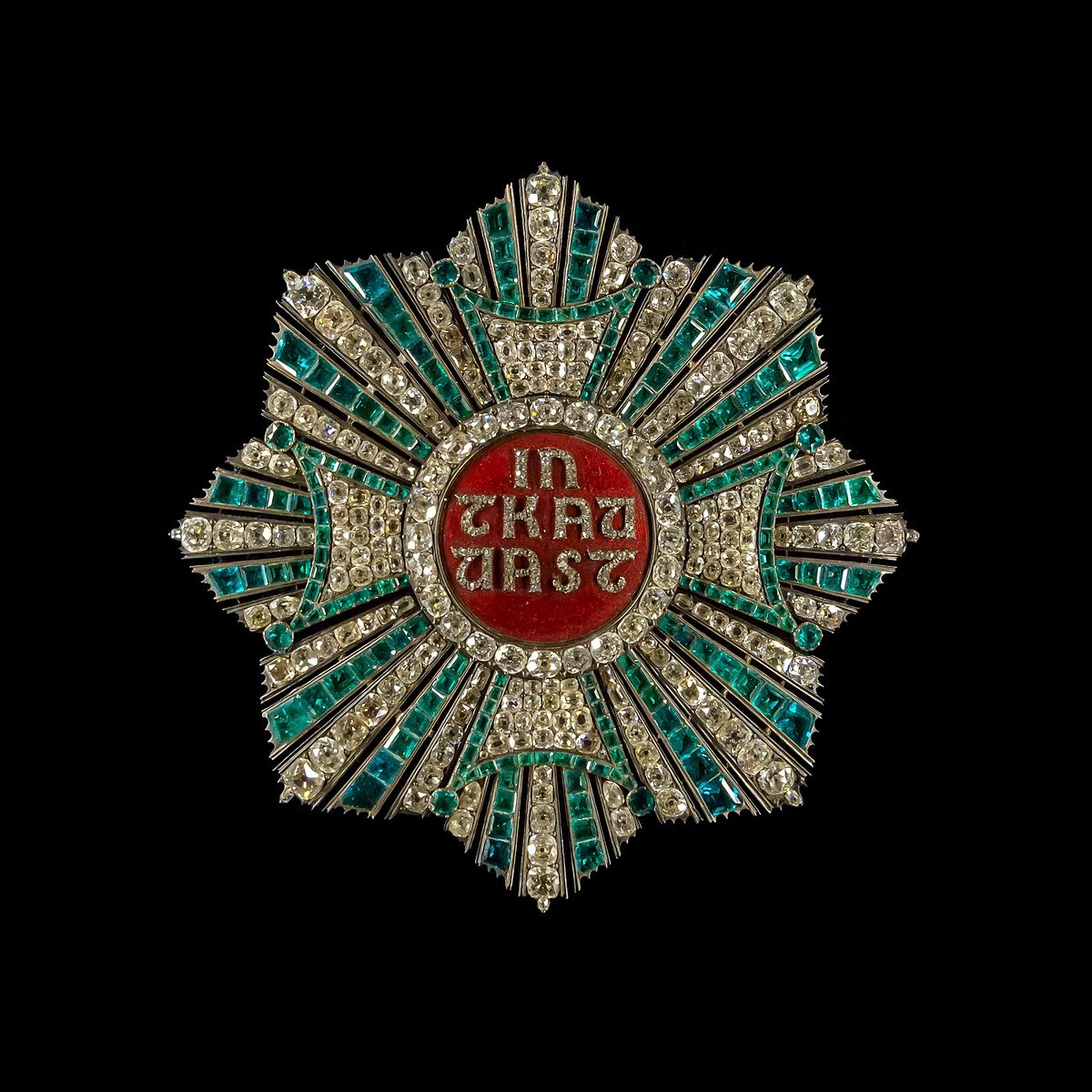 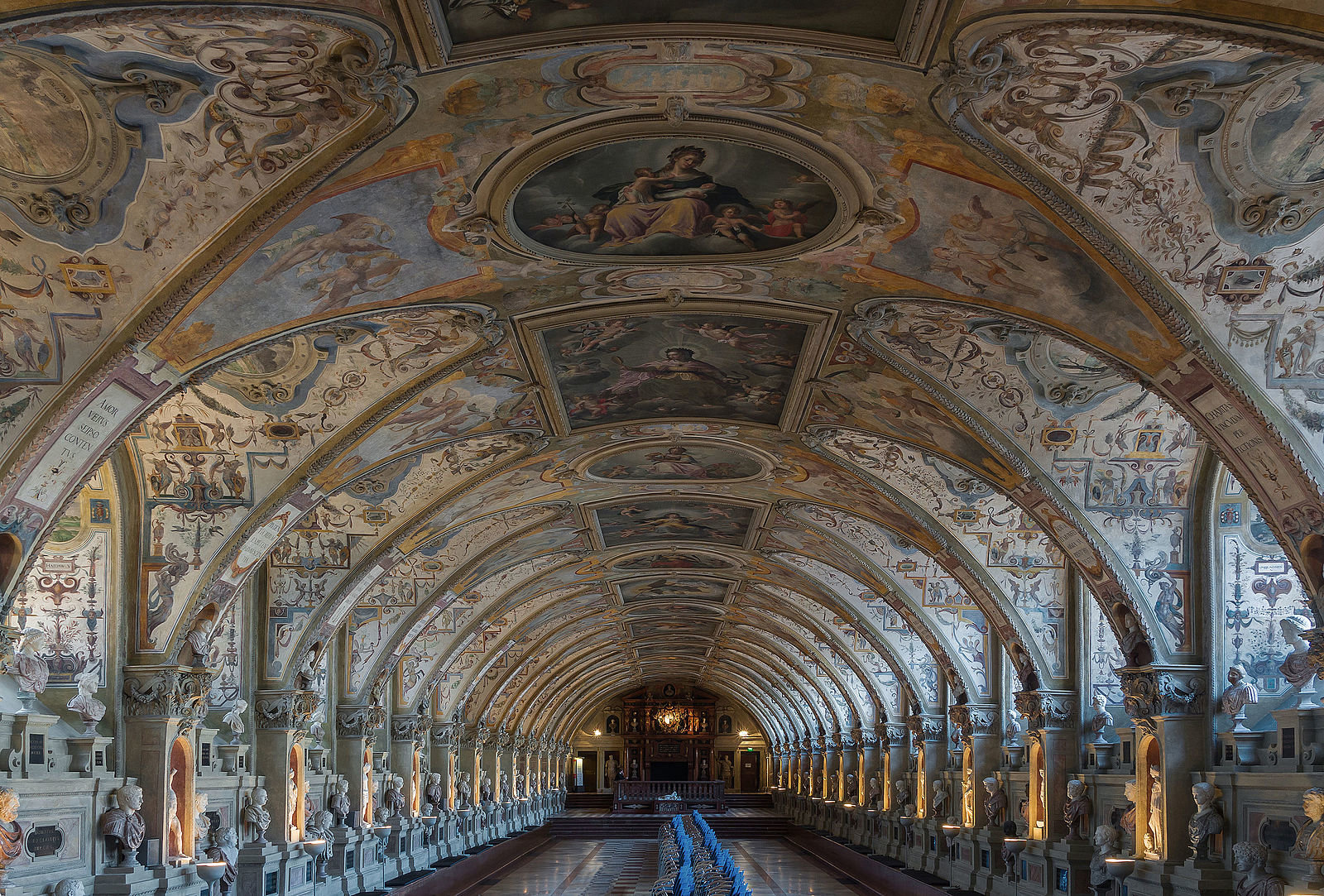