×
What are you looking for?
See all results
Holy cities in Chumik Gyatsa 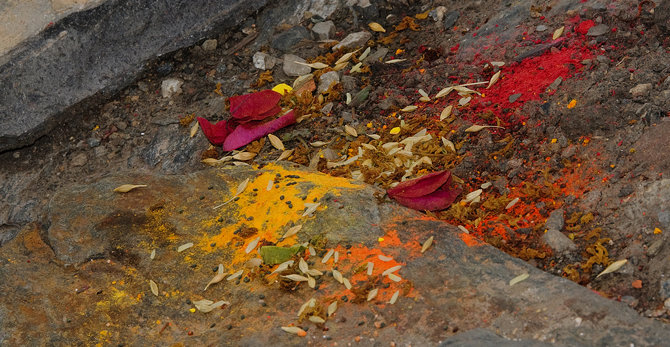 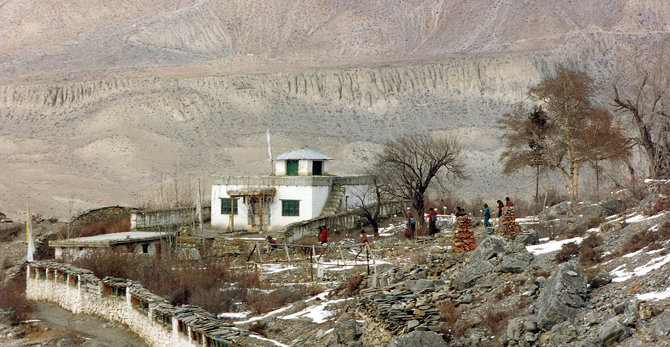 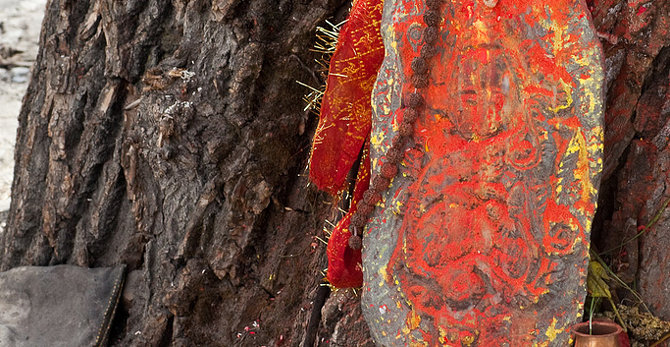 Muktinath is a sacred place both for Hindus and Buddhists located in Muktinath Valley at an altitude of 3,710 meters at the foot of the Thorong La mountain pass (part of the Himalayas), Mustang district, Nepal. The site is close to the village Ranipauwa, which sometimes mistakenly is called Muktinath as well.

The Hindus call the sacred place Mukti Kshetra, which literally means the "place of salvation". It is also one of the 51 Sakthi peetams. The Buddhists call it Chumig Gyatsa, which in Tibetan means 'Hundred Waters'. For Tibetan Buddhists Muktinath-Chumig Gyatsa is a very important place of Dakinis, goddesses known as Sky Dancers and one of the 24 Tantric places. They understand the murti to be a manifestation of Avalokitesvara.

The central shrine of Muktinath-Chumig Gyatsa is considered one of the eight most sacred shrines for Hindu Vaishnavas known as Svayam Vyakta Ksetras, the other seven being Srirangam, Srimushnam, Tirupati, Naimisharanya, Totadri, Pushkar and Badrinath. The temple is very small. Muktinath is one of the most ancient Hindu temples of God Vishnu. The murti is of gold and is tall enough to compare with a man. The prakaram has 108 bull faces through which water is poured. It is of freezing temperature. There is an old Buddhist monk present in the temple. The worship is conducted by Buddhist nuns.

The Tibetan Buddhist tradition states that for this reason Guru Rinpoche, also known as Padmasambhava, the founder of Tibetan Buddhism, had meditated at Muktinath on his way to Tibet.

The waterway downstream from Muktinath along Kali Gandaki is the source of all Silas or Shaligrams that are required to establish a temple of Vishnu anywhere in the world. It is considered to be one of the holiest places of pilgrimage of Hindus, Buddhists, and Vaishnavas. It has 108 water springs and this number carries great significance in Eastern philosophy. In Hindu astrology, there are 12 zodiac or Rashi and 9 planets or Graha, giving a total of 108 combination. Also there are 27 Lunar mansions or Nakshatras which are divided in 4 quarters or Padas each giving a combination of 108 Padas in total.

This is the only place on earth where you can find all five elements from which everything is made, according to the Buddhist and Hindu tradition: fire, water, sky, earth and air at the same place together in their own and distinct form. This place is near Jwala Devi temple.

One of 108 brass watespouts at Chumig Gyatsa, Muktinath — gregw66 @ Flickr

The entire river bed has Shaligram stones which are used to worship Lord Vishnu.

According to Sri Vaishnava philosophy it is considered to be one of the Divya desam (108 in total) or holy places of worship of Lord Vishnu praised by Alwars in a compilation called the Nalayira Divya Prabandha.

It is said that one has to be gifted to get the darshan of Lord Sri Murthi and Goddess Sri Devi Thayaar.

A local nun manages the pujas in the temple. Pilgrims who go there should offer prasad to the deity.

The most suitable time to visit Muktinath is from March to June, as the weather conditions would not be safe enough to travel in other months. The journey passes through many archeological sites and temples.

Thirumangai Alvar could not reach Muktinath, but had sung from nearest place in praise of Lord Sri Murthy. Periyalvar had sung in praise of Sri Murthi as "Salagramamudaiya Nambi".

It is quite difficult to travel because of tough weather conditions. One can fly from Kathmandu to Pokhara and then from Pokhara to Jomsom Airport. From there, one can either trek all the way or take a jeep to Muktinath. Some tourists are also known to charter a helicopter all the way to Muktinath which takes around forty five minutes to reach. The helicopter can be hired only when the weather permits.

Arriving by helicopter for a longer period of stay is not recommended because of the risk of acute mountain sickness. Accommodation is available in Muktinath, Kagbeni or Jomsom.

Tips & Hints
Arrange By:
Popular first New first
There are no tips nor hints for Muktinath yet. Maybe be you will be the first one to post useful information for fellow travellers? :)

Dhaulagiri (धौलागिरी) is the seventh highest mountain in the world. I

Phewa Lake, Phewa Tal or Fewa Lake is a freshwater lake in Nepal

World Peace Pagoda, Nepal is a tourist attraction, one of the

Khajuraho (हिन्दी. खजुराहो) is a village in the Indian state of Madhy

Sant'Andrea della Valle is a basilica church in Rome, in the rione of

Santa Cecilia in Trastevere is a 5th century church of Rome, located

San Pietro in Vincoli (Saint Peter in Chains) is a basilica in Rome, 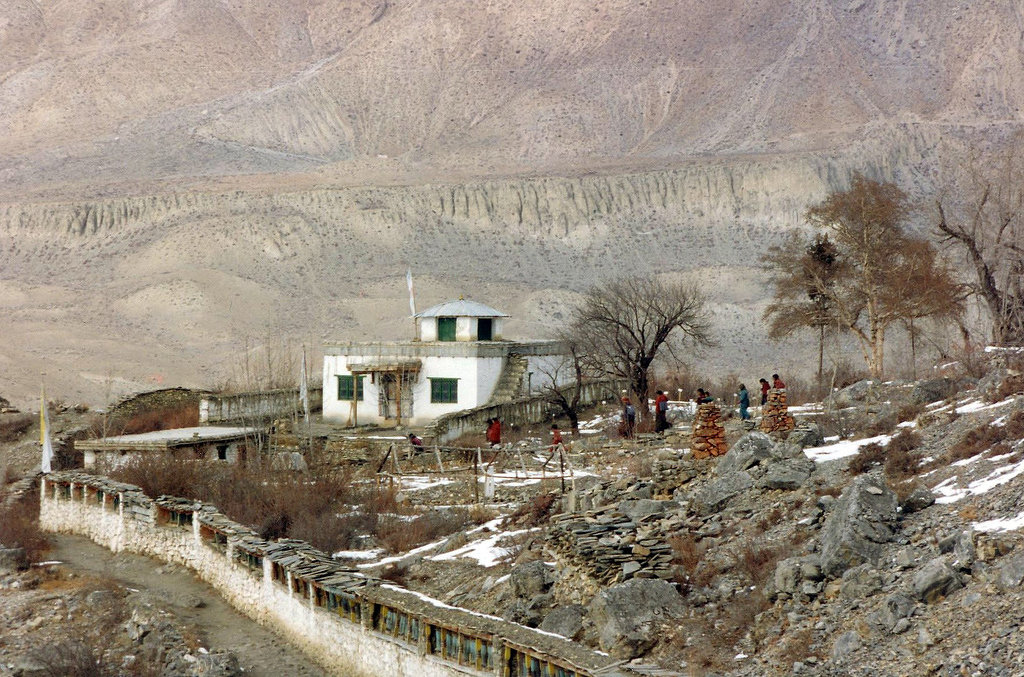 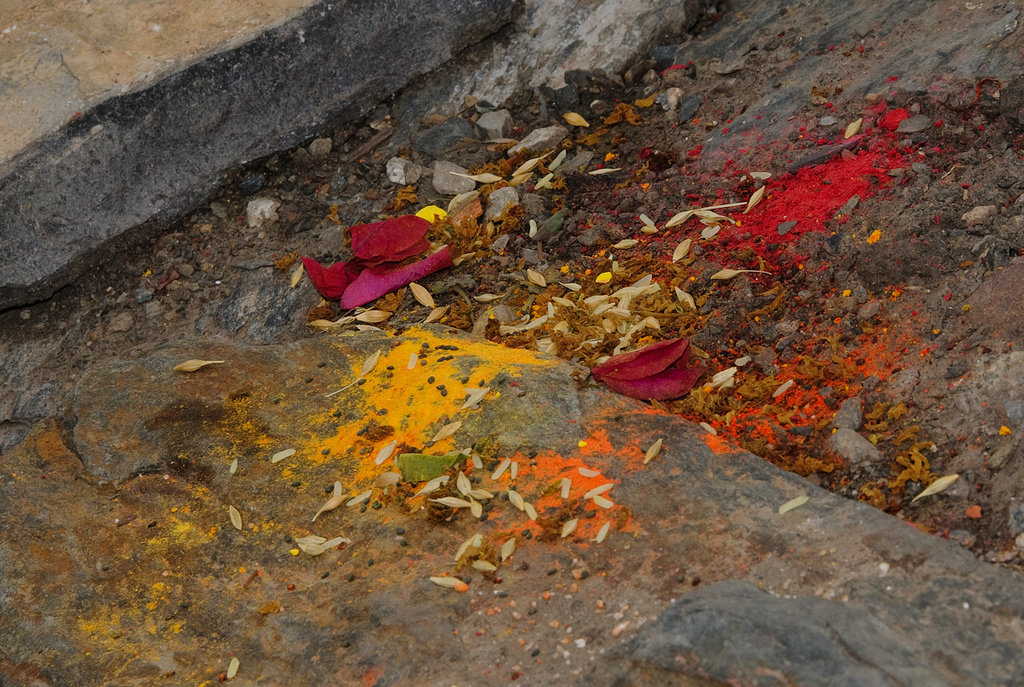 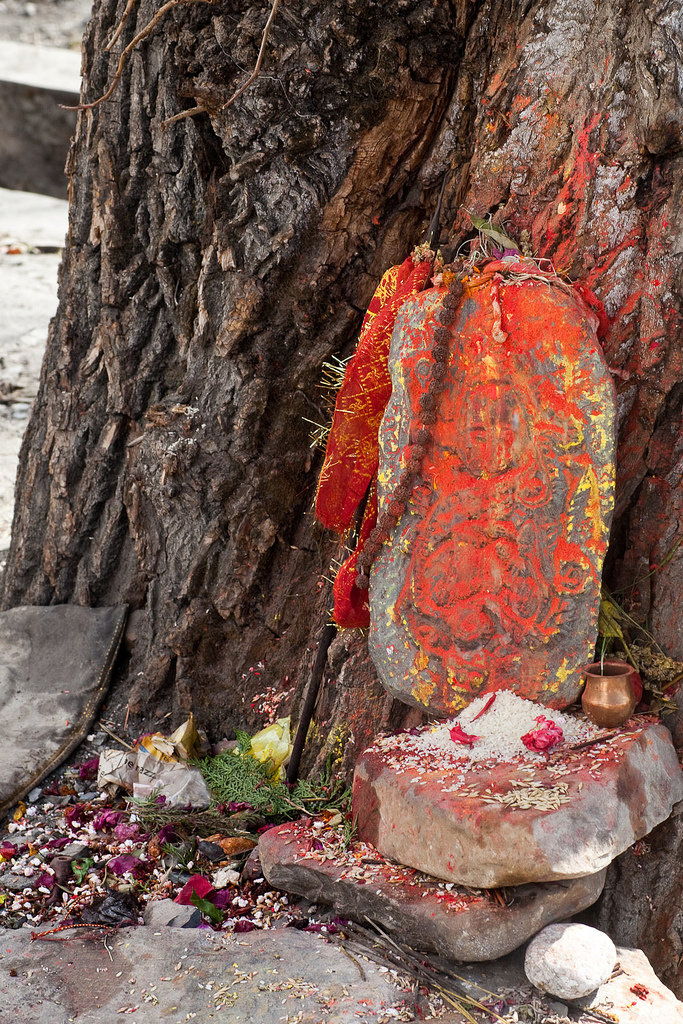 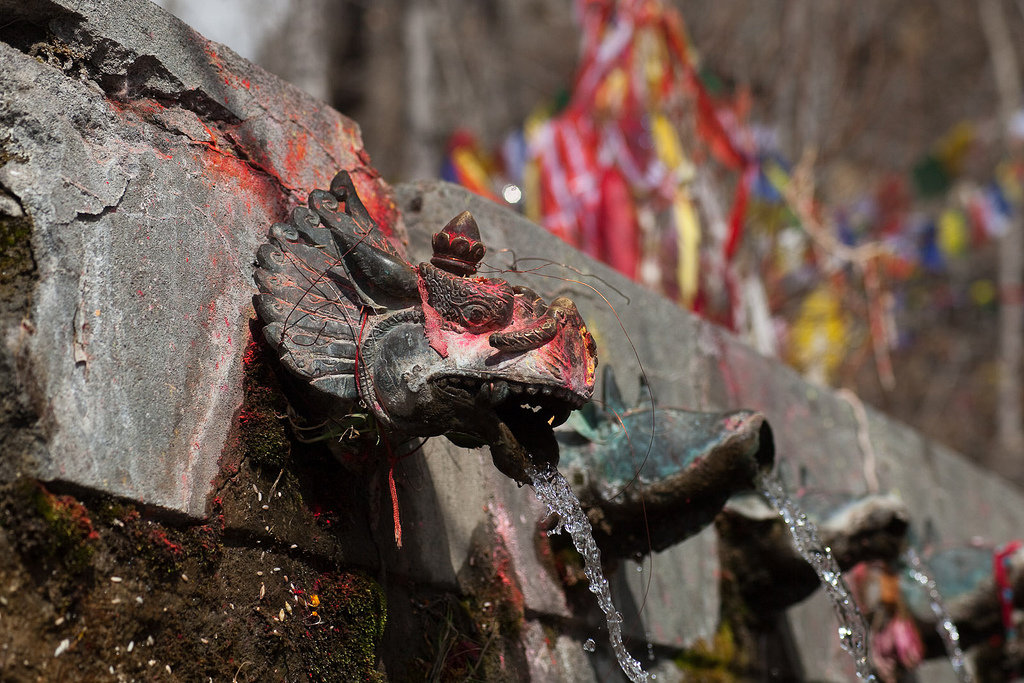 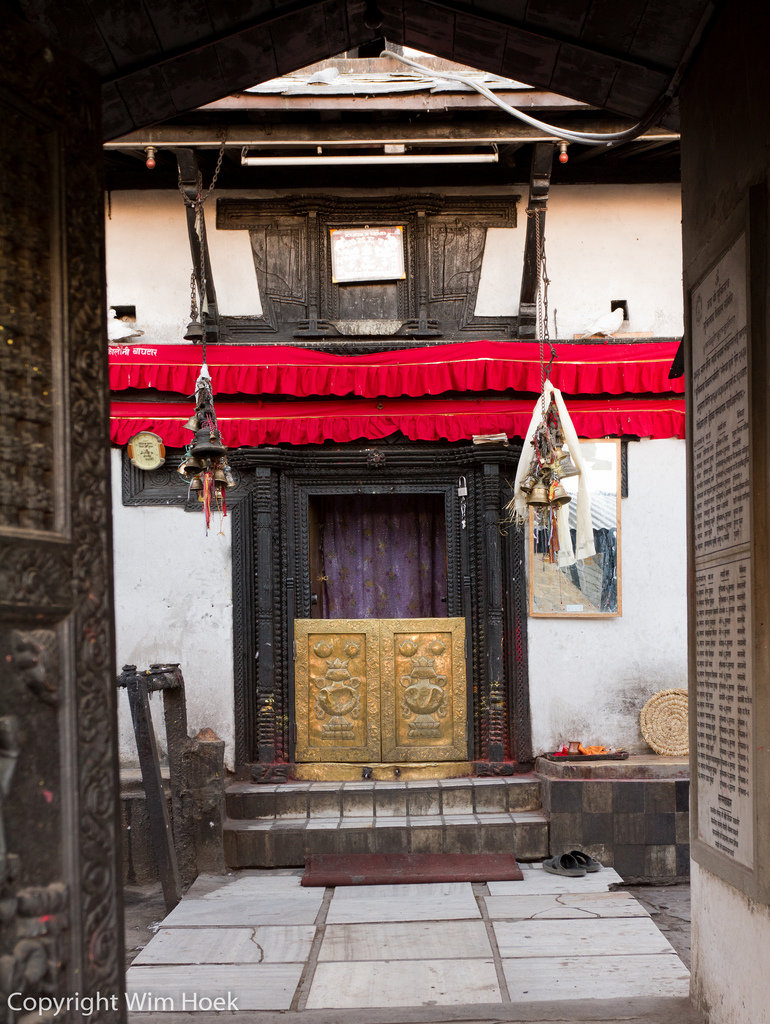 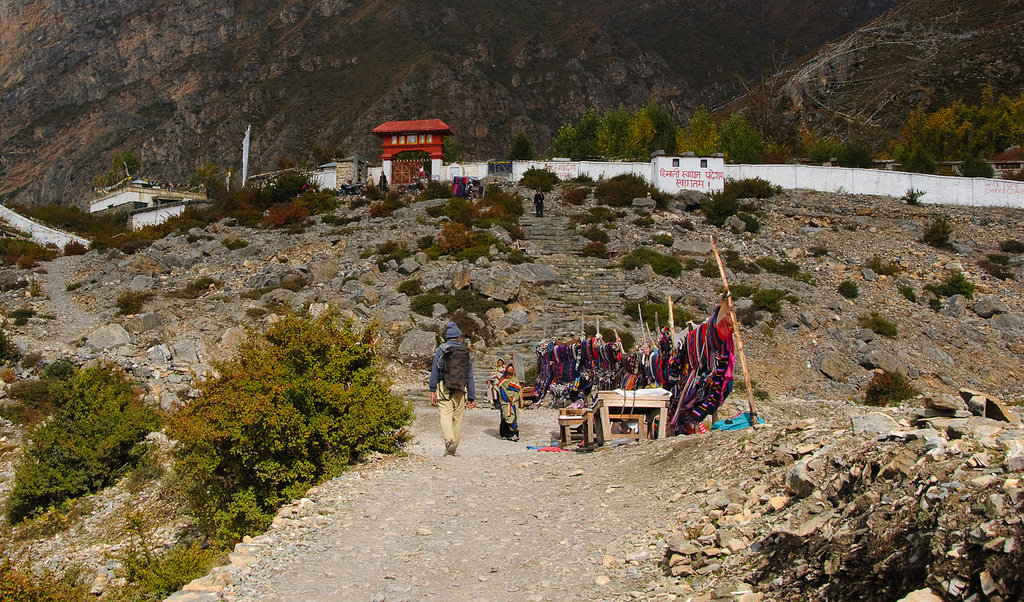 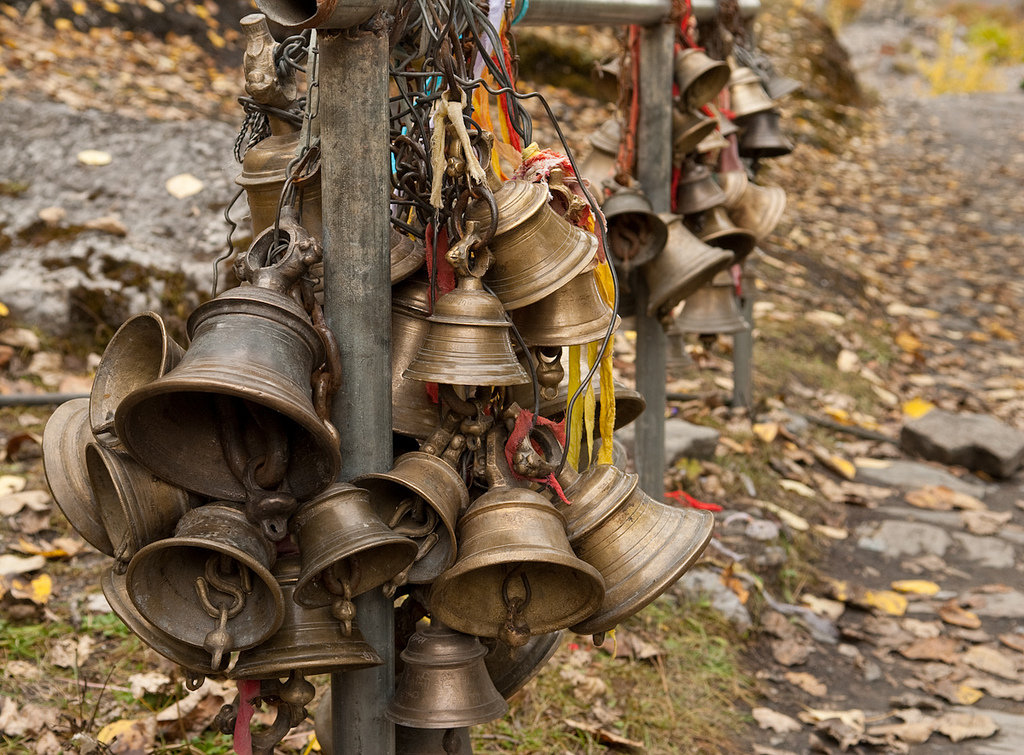