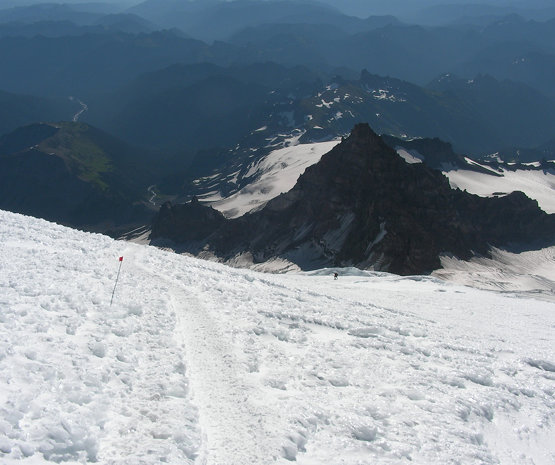 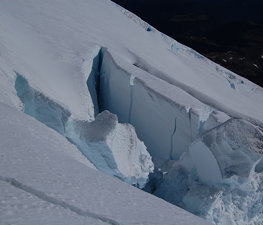 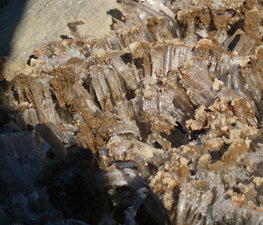 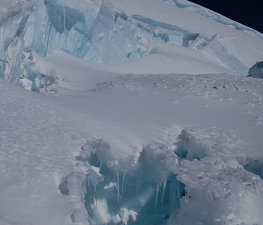 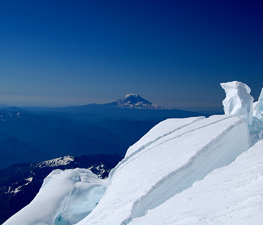 Mount Rainier has a topographic prominence of Шаблон:Convert, greater than that of K2 (Шаблон:Convert).<ref name="PB"> Шаблон:Cite web</ref> On clear days it dominates the southeastern horizon in most of the Seattle-Tacoma-Bellevue metropolitan area to such an extent that residents sometimes refer to it simply as "the Mountain."<ref name="barcott"> Шаблон:Cite web</ref> On days of exceptional clarity, it can also be seen from as far away as Portland, Oregon, and Victoria, British Columbia.

The Carbon, Puyallup, Mowich, Nisqually, and Cowlitz Rivers begin at eponymous glaciers of Mount Rainier. The sources of the White River are Winthrop, Emmons, and Fryingpan Glaciers. The White, Carbon, and Mowich join the Puyallup River, which discharges into Commencement Bay at Tacoma; the Nisqually empties into Puget Sound east of Lacey; and the Cowlitz joins the Columbia River between Kelso and Longview.

Mount Rainier's earliest lavas are over 840,000 years old and are part of the Lily Formation (2.9 million to 840,000 years ago). The early lavas formed a "proto-Rainier" or an ancestral cone prior to the present-day cone. The present cone is over 500,000 years old.<ref name="sisson"> Шаблон:Cite book</ref> The volcano is highly eroded, with glaciers on its slopes, and appears to be made mostly of andesite. Rainier likely once stood even higher than today at about Шаблон:Convert before a major debris avalanche and the resulting Osceola Mudflow 5,000 years ago.

route signs in case of volcanic eruption or lahar around Mt. Rainier]] In the past, Rainier has had large debris avalanches, and has also produced enormous lahars (volcanic mudflows) due to the large amount of glacial ice present. Its lahars have reached all the way to Puget Sound. Around 5,000 years ago, a large chunk of the volcano slid away and that debris avalanche helped to produce the massive Osceola Mudflow, which went all the way to the site of present-day Tacoma and south Seattle.<ref name="parchman"> Шаблон:Cite news</ref> This massive avalanche of rock and ice took out the top Шаблон:Convert of Rainier, bringing its height down to around Шаблон:Convert. About 530 to 550 years ago, the Electron Mudflow occurred, although this was not as large-scale as the Osceola Mudflow.

After the major collapse 5,000 years ago, subsequent eruptions of lava and tephra built up the modern summit cone until about as recently as 1,000 years ago. As many as 11 Holocene tephra layers have been found.

The most recent recorded volcanic eruption was between 1820 and 1854, but many eyewitnesses reported eruptive activity in 1858, 1870, 1879, 1882 and 1894 as well.<ref> Шаблон:Cite book </ref> As of 2008, there is no evidence of an imminent eruption. However, an eruption could be devastating for all areas surrounding the volcano.

Lahars from Rainier pose the most risk to life and property, as many communities lie atop older lahar deposits. Not only is there much ice atop the volcano, the volcano is also slowly being weakened by hydrothermal activity. According to Geoff Clayton, a geologist with RH2, a repeat of the Osceola mudflow would destroy Enumclaw, Kent, Auburn, and most or all of Renton. Such a mudflow might also reach down the Duwamish estuary and destroy parts of downtown Seattle, and cause tsunamis in Puget Sound and Lake Washington. According to USGS, about 150,000 people live on top of old lahar deposits of Rainier. Rainier is also capable of producing pyroclastic flows as well as lava.

At the time of European contact, the river valleys and other areas near the mountain were inhabited by many Pacific Northwest tribes who hunted and gathered berries in its forests and mountain meadows. These included the Nisqually, Cowlitz, Yakama, Puyallup, and Muckleshoot.

word for "deer"</ref>]] Captain George Vancouver reached Puget Sound in 1792 and became the first European to see the mountain. He named it in honor of his friend, Rear Admiral Peter Rainier.<ref name="npsNatureNotes"> Шаблон:Cite journal</ref>

In 1833, Dr. William Fraser Tolmie explored the area looking for medicinal plants. Hazard Stevens and P. B. Van Trump received a hero's welcome in the streets of Olympia after their successful summit climb in 1870.<ref name="Haines"> Шаблон:Cite book</ref><ref name="UofOLibraries"> Шаблон:Cite web</ref> John Muir climbed Mount Rainier in 1888, and although he enjoyed the view, he conceded that it was best appreciated from below. Muir was one of many who advocated protecting the mountain. In 1893, the area was set aside as part of the Pacific Forest Reserve in order to protect its physical/economic resources: timber and watersheds.

Citing the need to also protect scenery and provide for public enjoyment, railroads and local businesses urged the creation of a national park in hopes of increased tourism. On March 2, 1899, President William McKinley established Mount Rainier National Park as America's fifth national park. Congress dedicated the new park "for the benefit and enjoyment of the people"<ref> Шаблон:Cite web</ref> and "... for the preservation from injury or spoliation of all timber, mineral deposits, natural curiosities, or wonders within said park, and their retention in their natural condition."<ref> Шаблон:Cite web</ref>

In 1998, the United States Geological Survey began putting together the Mount Rainier Volcano Lahar Warning System to assist in the emergency evacuation of the Puyallup River valley in the event of a catastrophic debris flow. It is now run by the Pierce County Department of Emergency Management. Tacoma, at the mouth of the Puyallup, is only Шаблон:Convert west of Rainier, and moderately sized towns such as Puyallup and Orting are only Шаблон:Convert away, respectively.

In 1890, the United States Board on Geographic Names declared that the mountain would be known as "Rainier". Following this in 1897, the Pacific Forest Reserve became the Mount Rainier Forest Reserve, and the national park was established three years later. Despite this, there was still a movement to change the mountain's name to "Tacoma" and Congress was still considering a resolution to change the name as late as 1924.

The broad top of Mount Rainier contains three named summits. The highest is called Columbia Crest. The second highest summit is Point Success, Шаблон:Convert, at the southern edge of the summit plateau, atop the ridge known as Success Cleaver. It has a topographic prominence of about Шаблон:Convert, so it is not considered a separate peak. The lowest of the three summits is Liberty Cap, Шаблон:Convert, at the northwestern edge, which overlooks Liberty Ridge, the Sunset Amphitheater, and the dramatic Willis Wall. Liberty Cap has a prominence of Шаблон:Convert, and so would qualify as a separate peak under most strictly prominence-based rules. A prominence cutoff of Шаблон:Convert is commonly used in Washington state.<ref name="prom-rules"> Шаблон:Cite web</ref> However it is not usually considered a separate peak, due to the massive size of Mount Rainier, relative to which a 492-foot (150 m) drop is not very large.

High on the eastern flank of Mount Rainier is a peak known as Little Tahoma Peak, Шаблон:Convert, an eroded remnant of the earlier, much higher, Mount Rainier. It has a prominence of Шаблон:Convert, and it is almost never climbed in direct conjunction with Columbia Crest, so it is usually considered a separate peak. If considered separately from Mt. Rainier, Little Tahoma Peak would be the third highest mountain peak in Washington.

Mountain climbing on Mount Rainier is very difficult; it involves climbing on the largest glaciers in the U.S. south of Alaska. Most climbers require two to three days to reach the summit. Climbing teams require experience in glacier travel, self-rescue, and wilderness travel. About 8,000 to 13,000 people attempt the climb each year,<ref name="nps-cl_stats"> Шаблон:Cite web</ref> about 90% via routes from Camp Muir on the southeast flank.<ref> Шаблон:Cite web</ref> Most of the rest ascend Emmons Glacier via Camp Schurman on the northeast. About half of the attempts are successful, with weather and conditioning being the most common reasons for failure.

About three mountaineering deaths each year occur due to rock and ice fall, avalanche, falls, and hypothermia associated with severe weather. The worst mountaineering accident on Mount Rainier occurred in 1981, when eleven people lost their lives in an ice fall on the Ingraham Glacier.<ref name=hatcher> Шаблон:Cite news</ref> This was the largest number of fatalities on Mount Rainier in a single incident since 32 people were killed in a 1946 plane crash on the South Tahoma Glacier.<ref name=historylink> Шаблон:Cite web</ref>

Hiking, photography, and camping are popular in the park. Hiking trails, including the Wonderland Trail, a Шаблон:Convert circumnavigation of the peak provide access to the backcountry. Mount Rainier is also popular for winter sports, including snowshoeing and cross-country skiing. In summer, visitors pass through vast meadows of wildflowers, on trails emanating from historic Paradise Inn. Шаблон:Wide image

riley starship
"Paradise" is a very accurate name. scenic trails and awe-inspiring sights. prepare for no cell phone signal; enjoy being immersed in the beauty of nature.

Lasika Kannan
Hiking boots, poles and snowshoes (you can get them at REI) are a must for the incredible snowshoeing experience.Carry sleds and toboggans for the Snow Play Area - ultimate fun!

Richard Revilla
Spectacular Park. Make sure you get a Mountain Day when you can see the peak. The drive in through the forest is absolutely amazing.

U.S. Environmental Protection Agency
Photo challenge! Check out this Documerica photo of Mount Rainier taken 40 years ago. Take a photo of what it looks like today and submit it to our State of the Environment Photo Project.

John L.
It can get pretty crowded, but the views of “The Mountain” are worth the trip!
Load more comments
foursquare.com
9.0/10
27,996 people have been here
I've been here
Add to wishlist

The Northwest Railway Museum is a railroad museum in Snoqualmie, King

Mount St. Helens is an active stratovolcano located in Skamania

See all See all
Add to wishlist
I've been here
Visited
Karagöl, Giresun

Karagöl (Turkish pronunciation: ]) is a tourist attraction of G 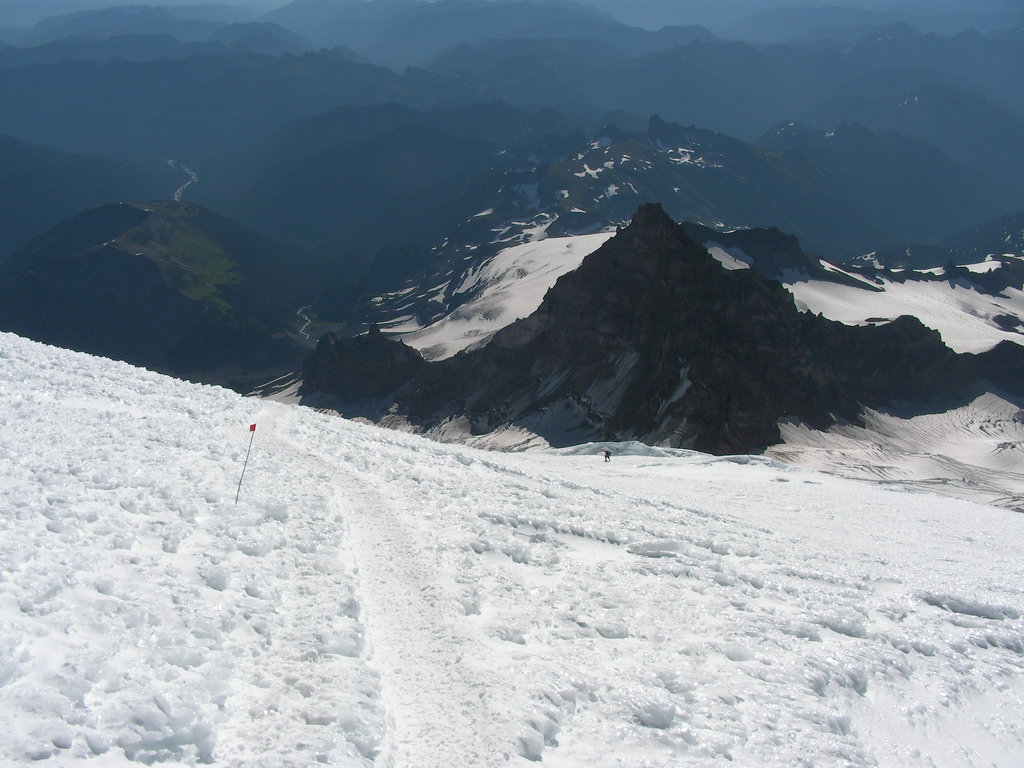 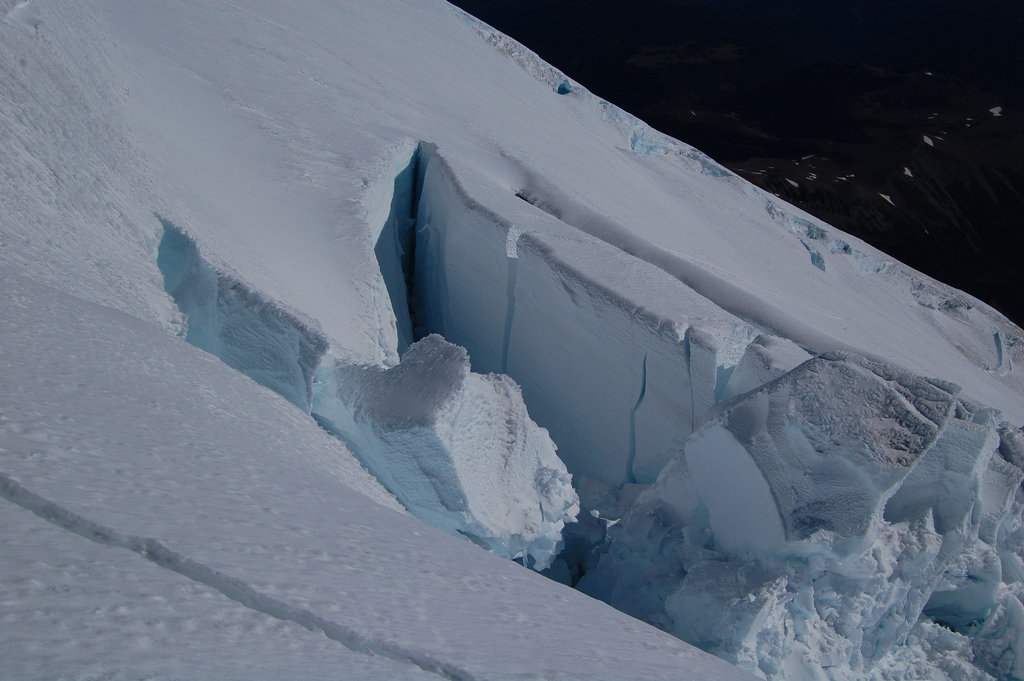 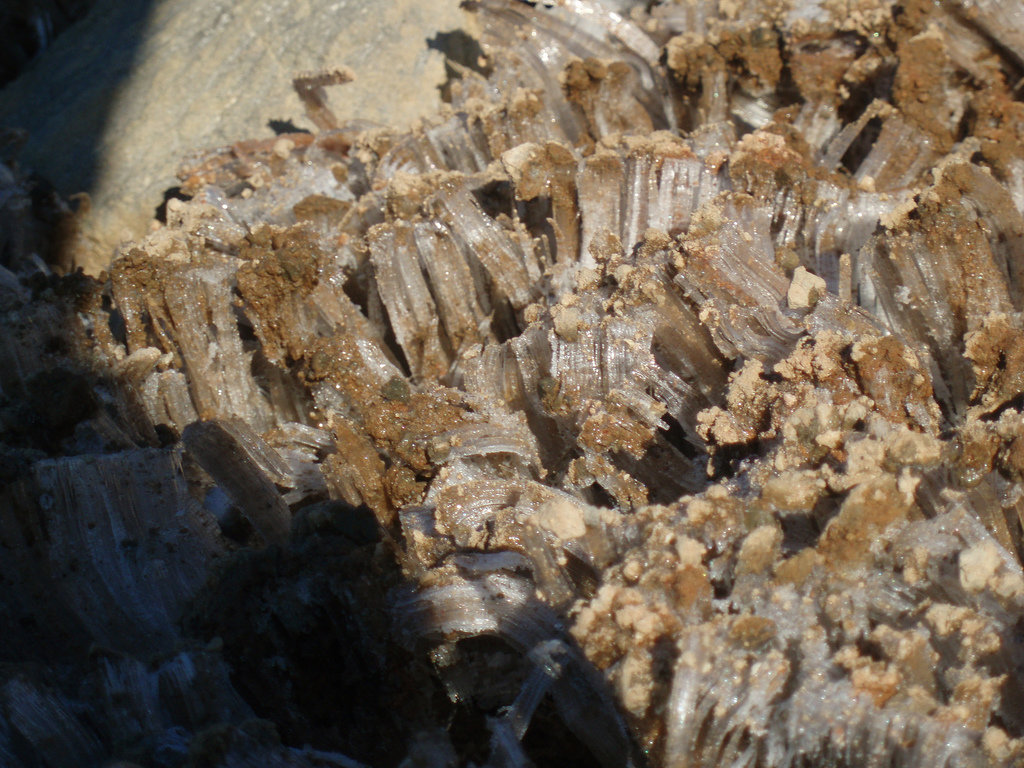 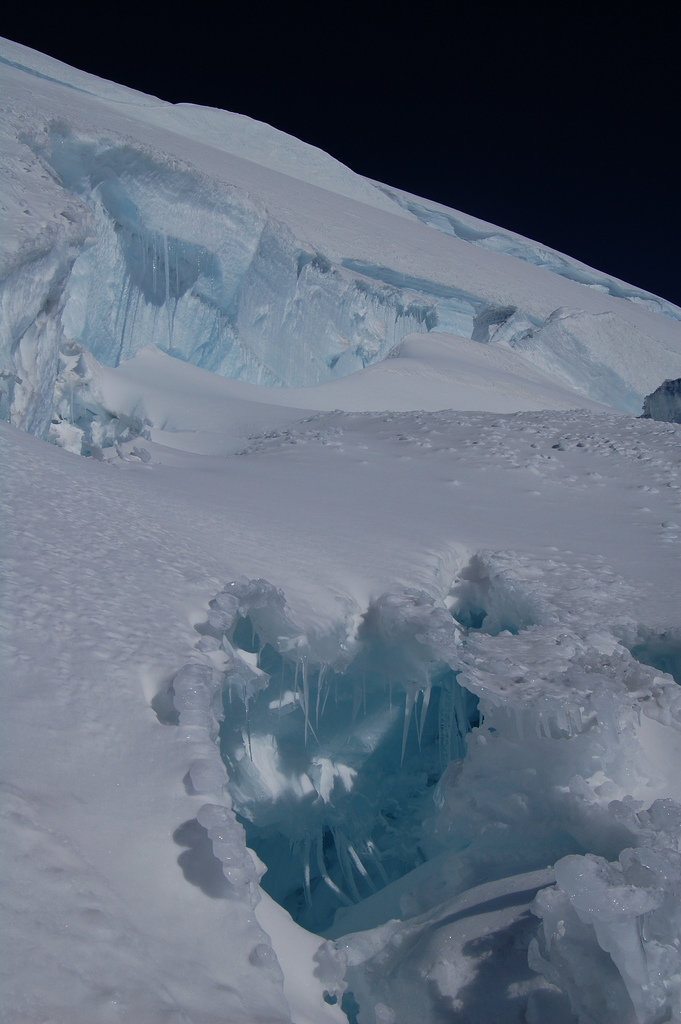 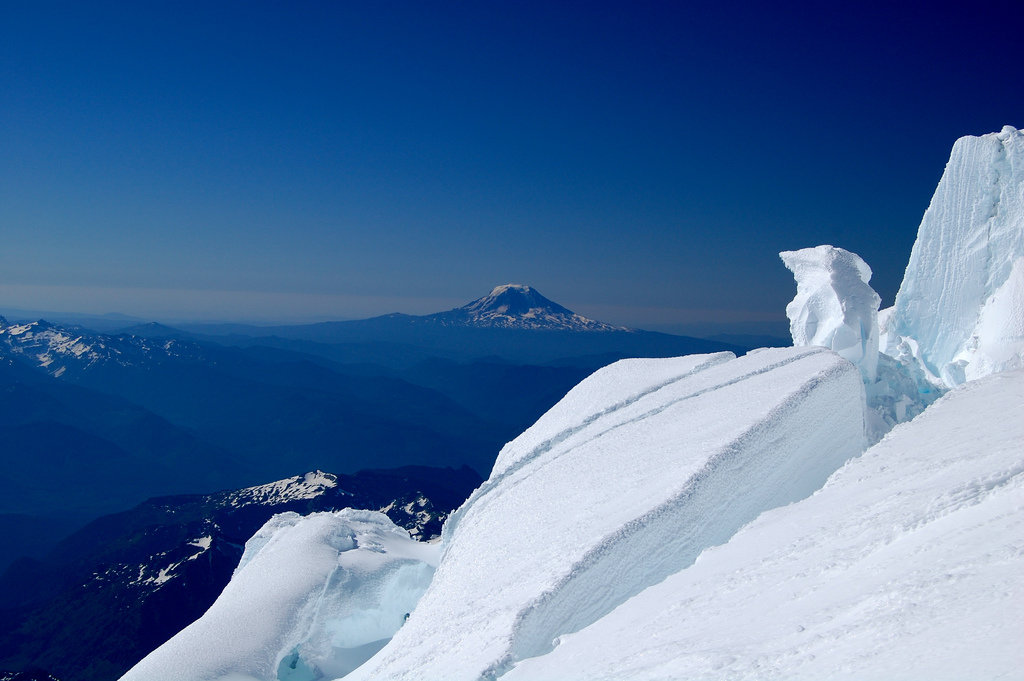 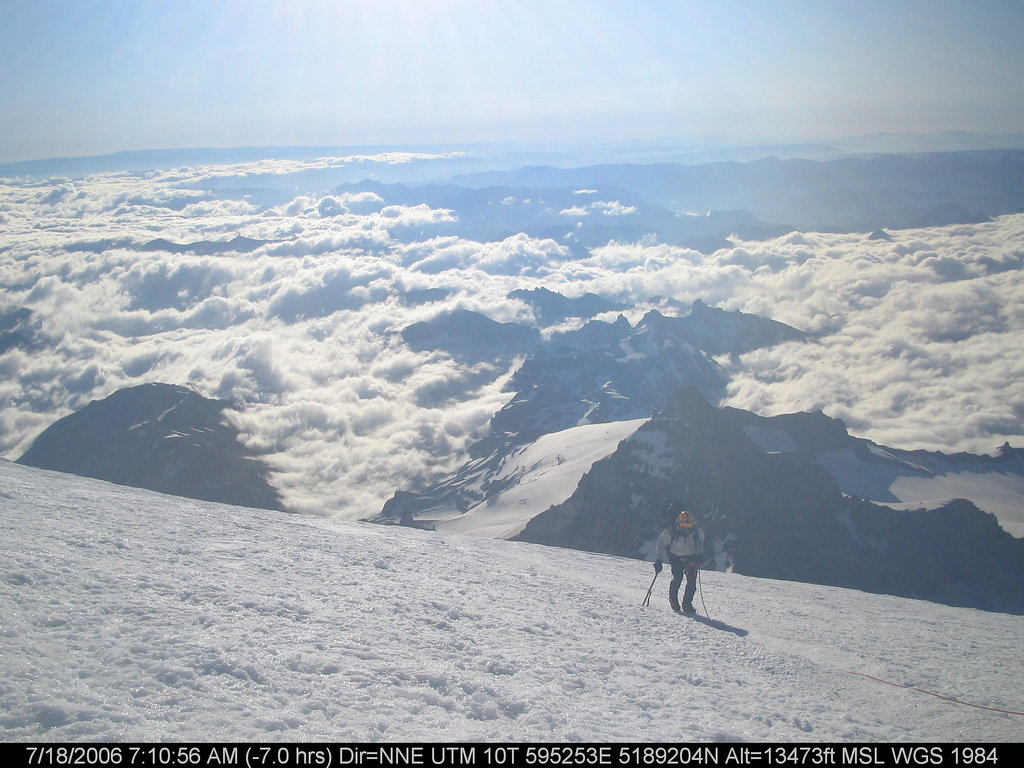 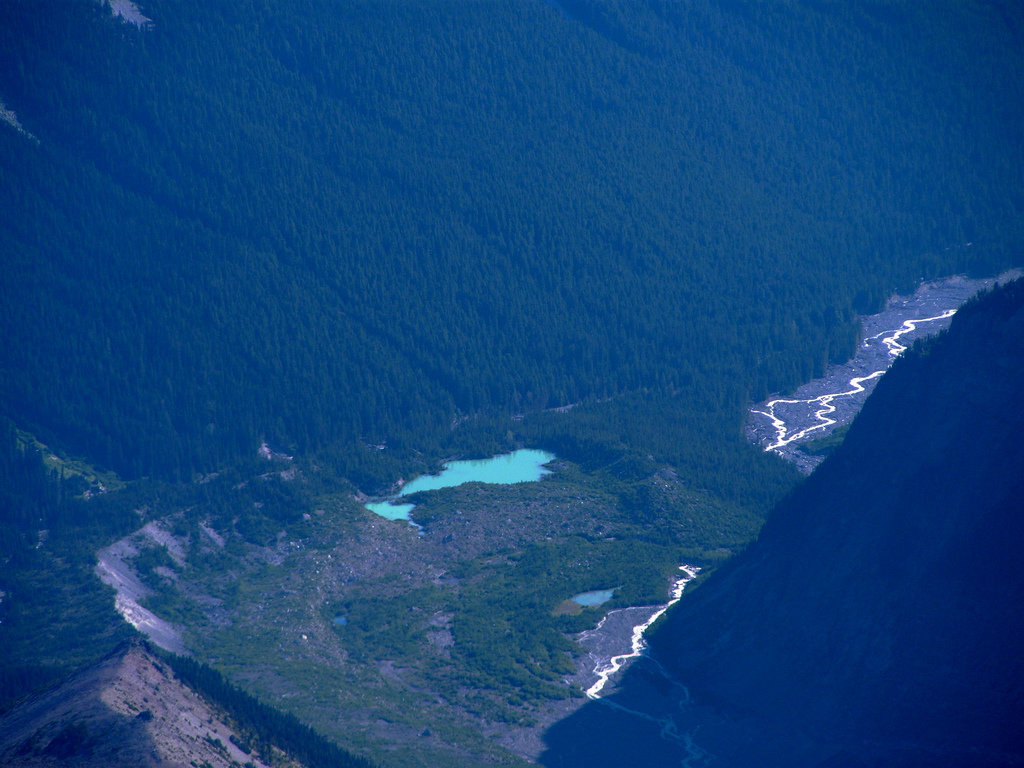 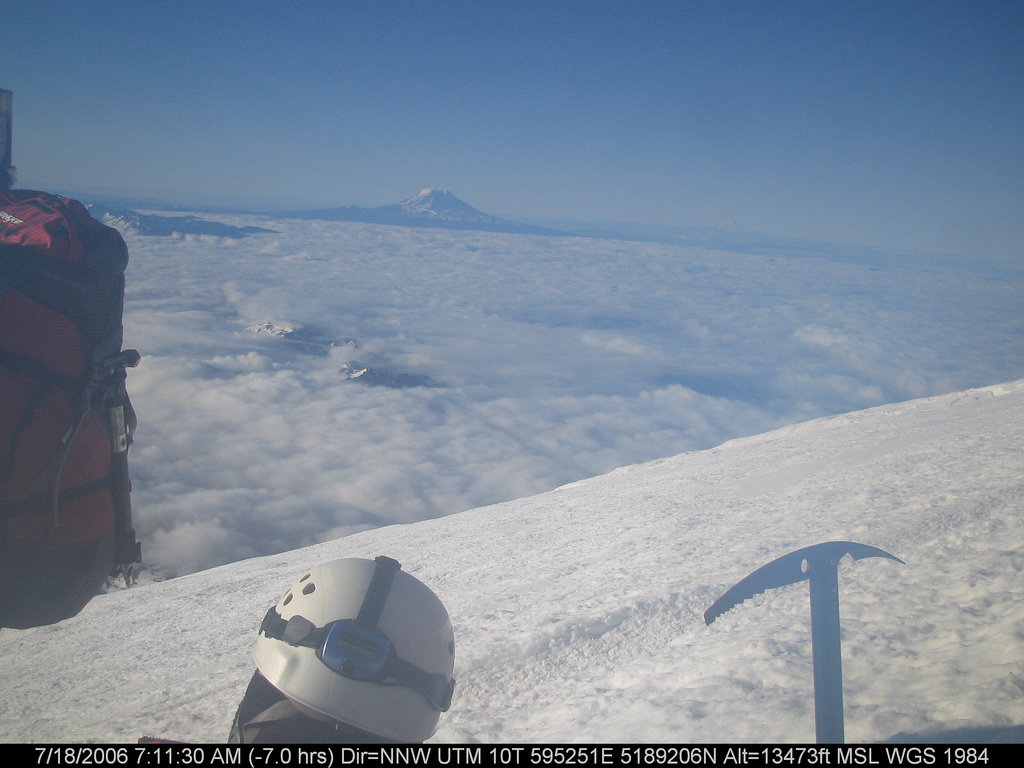 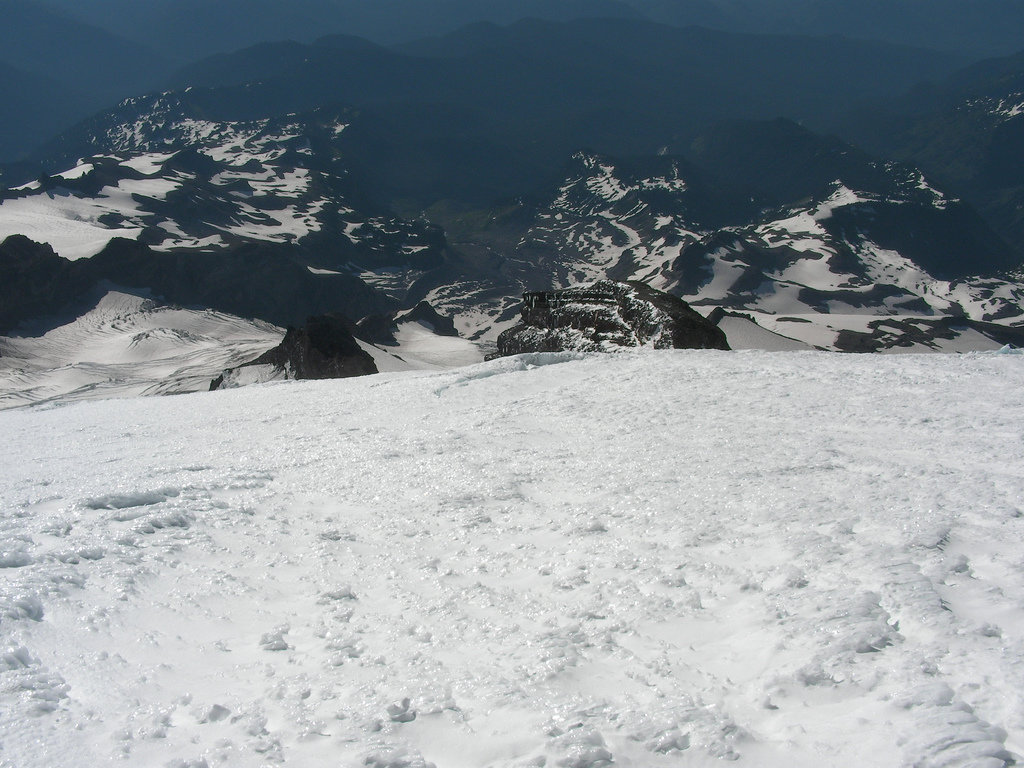 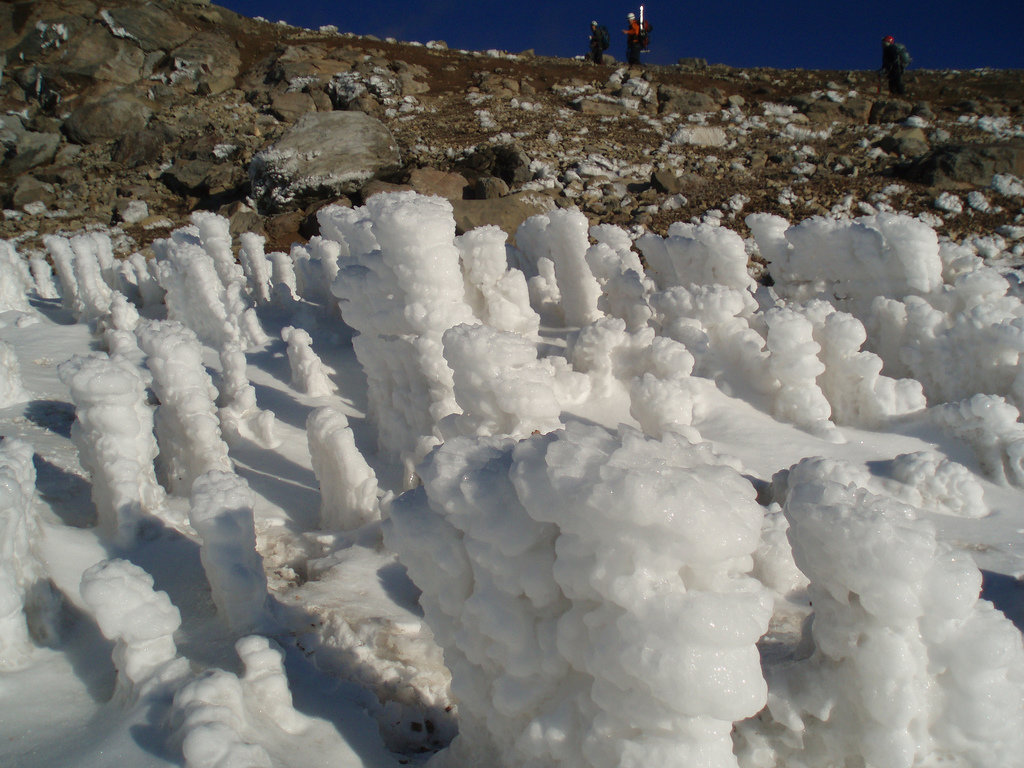 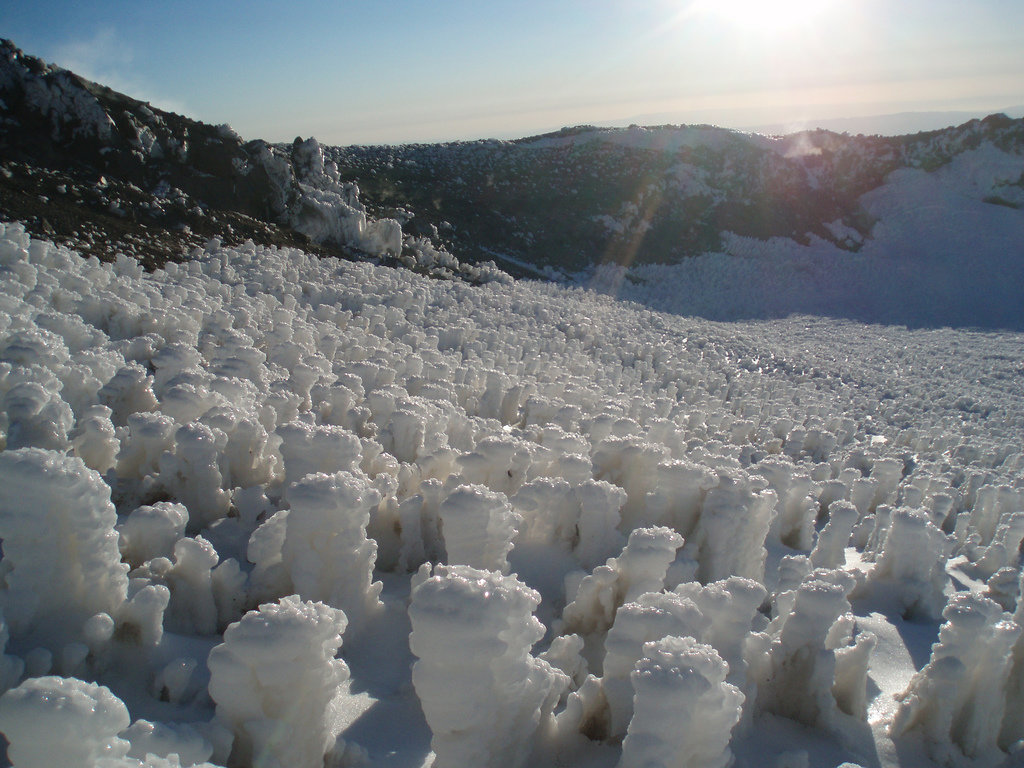 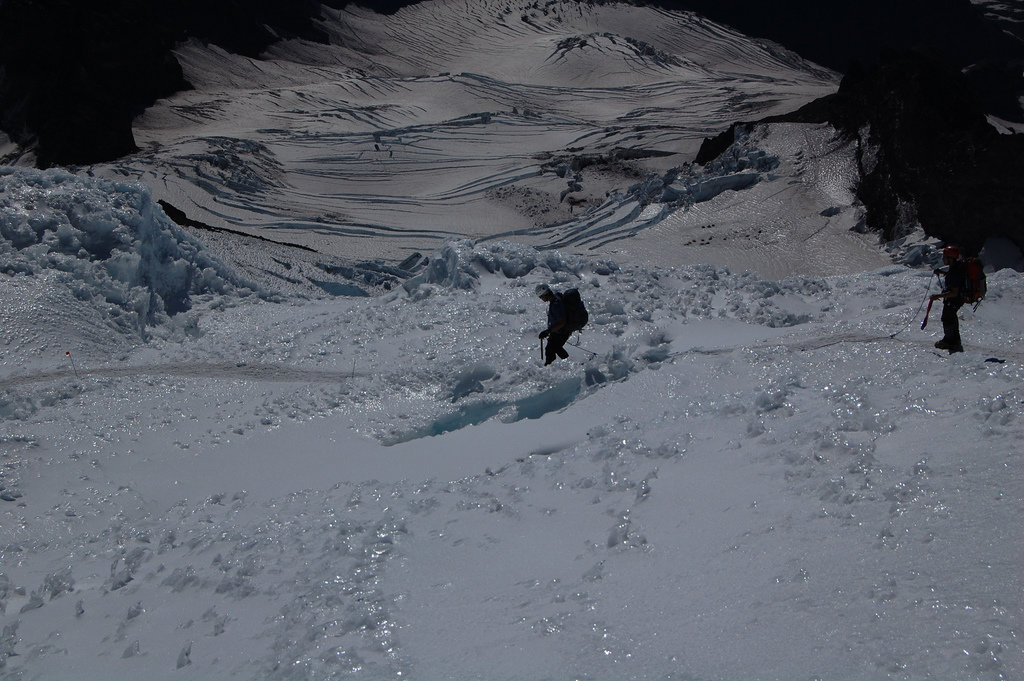 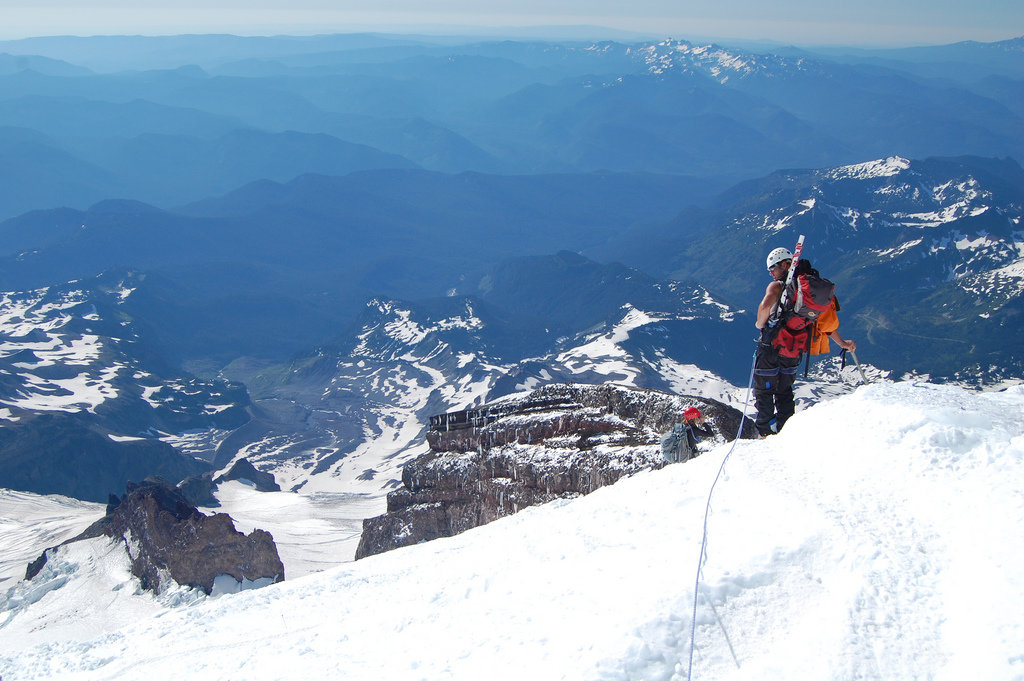 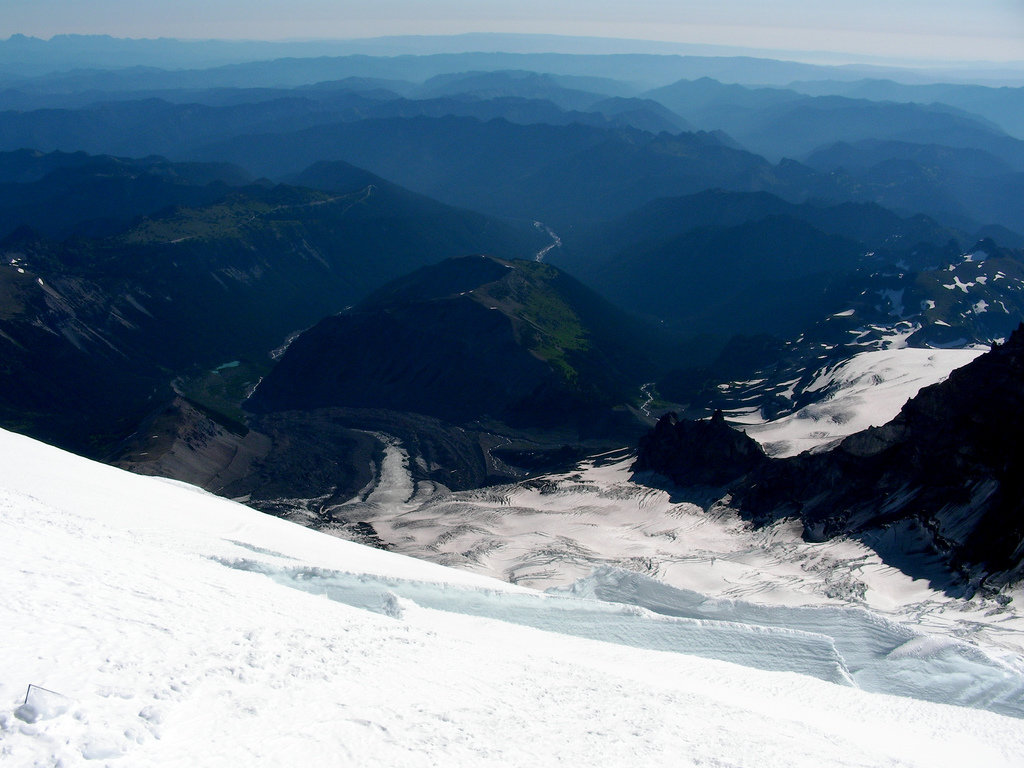 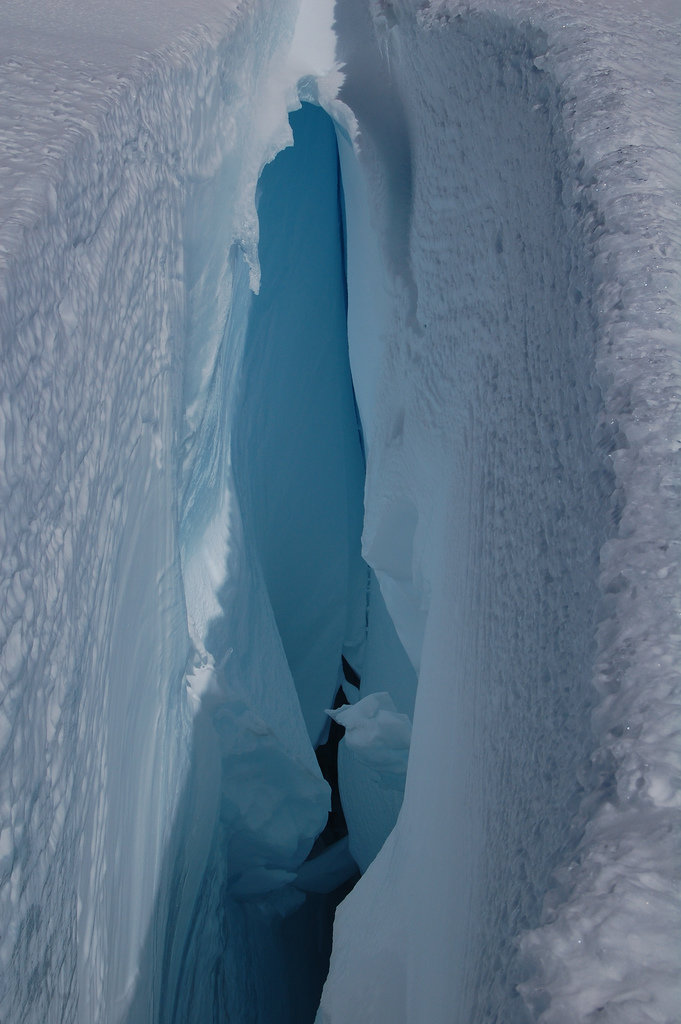 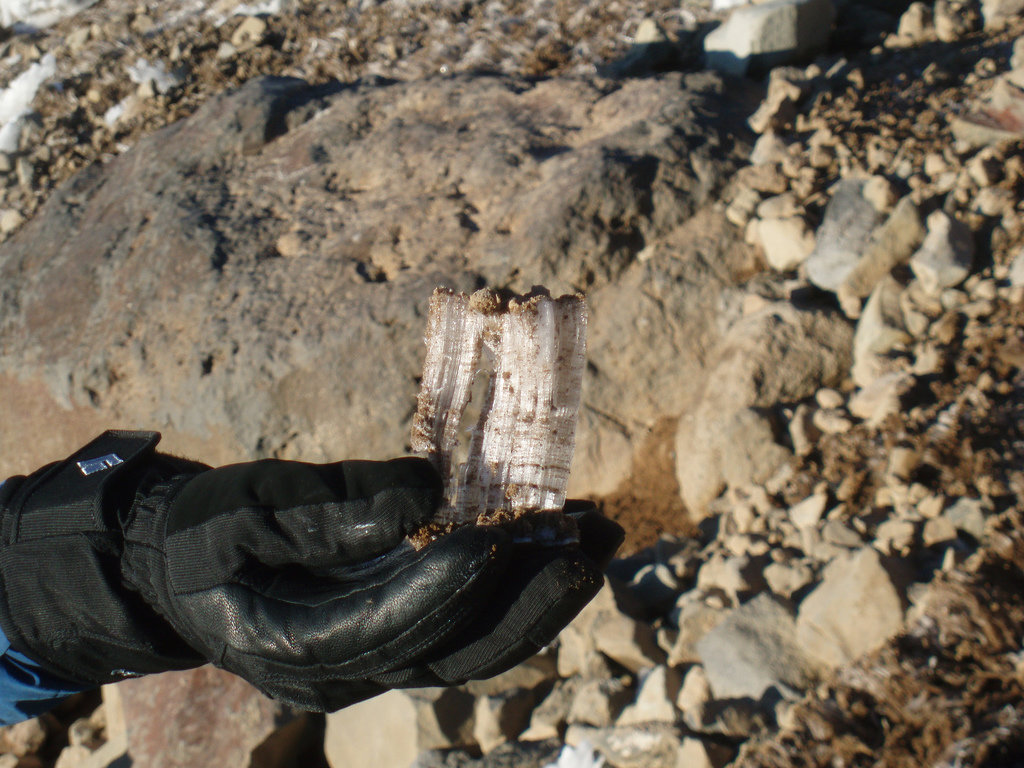 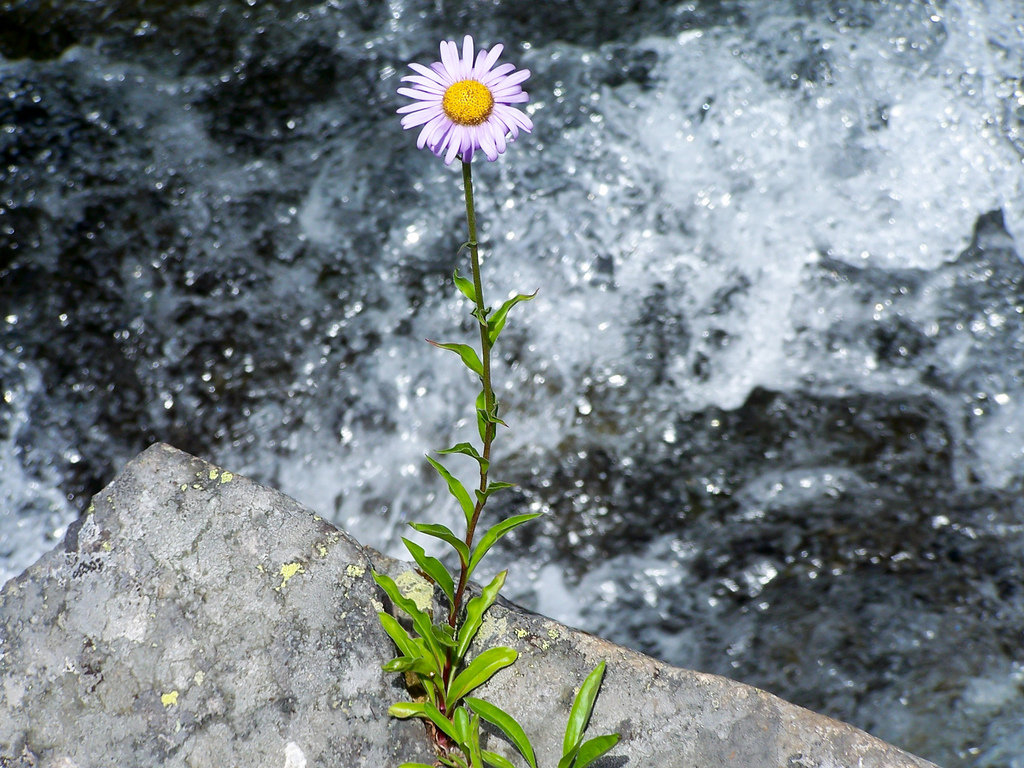 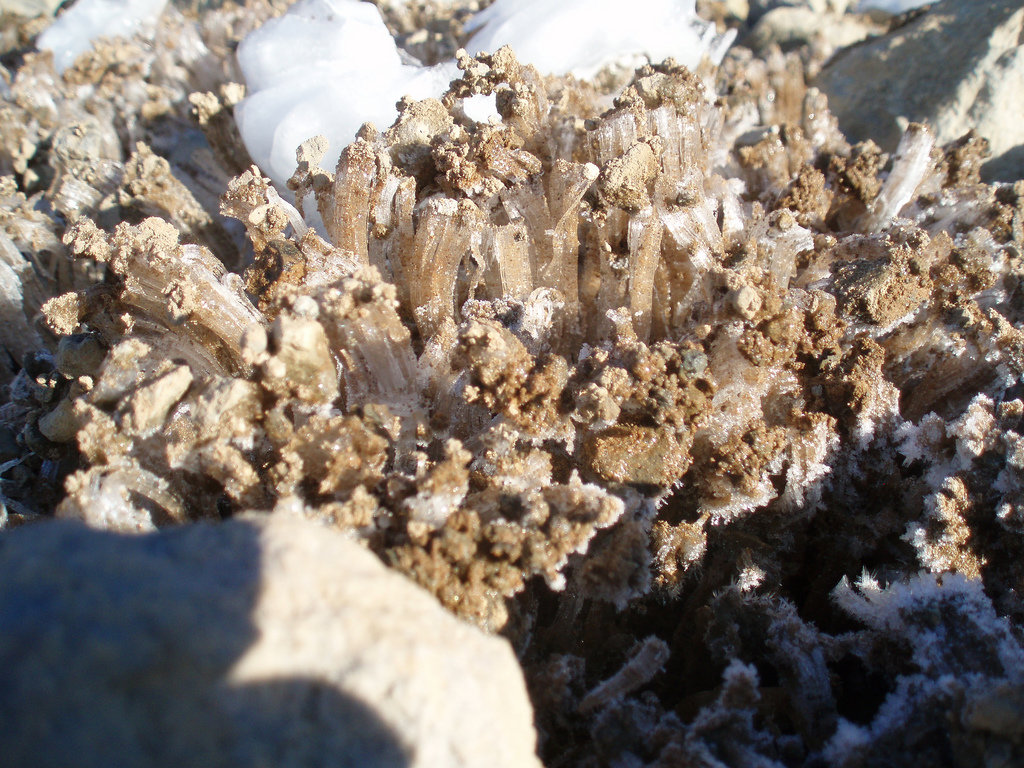 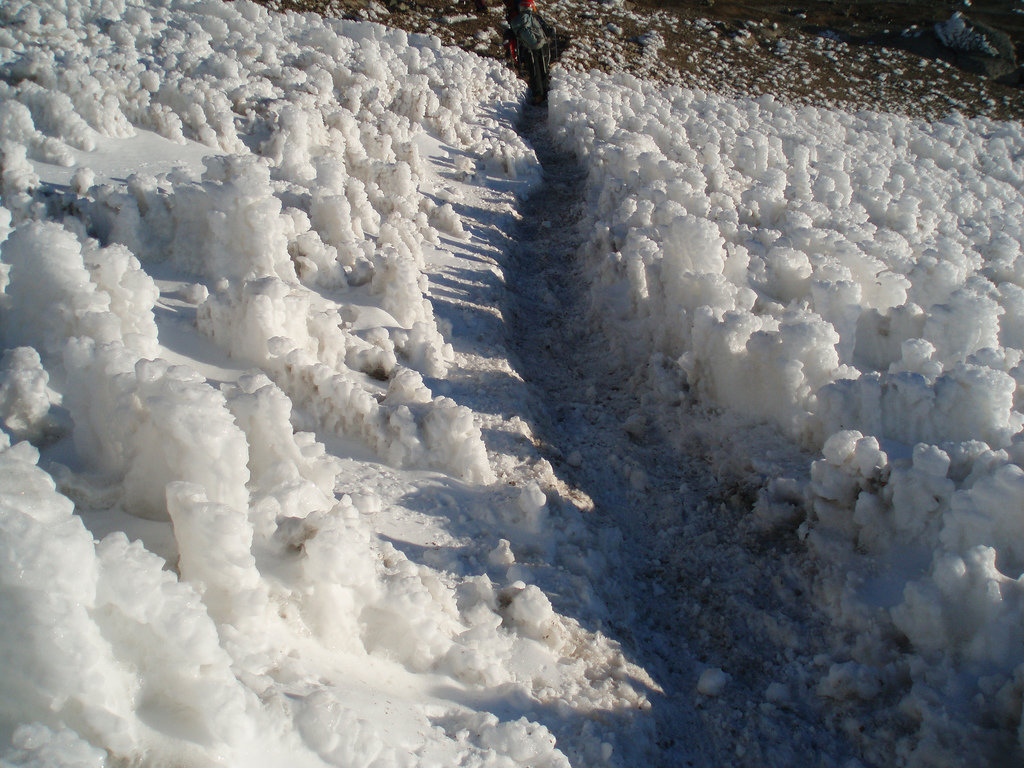