Monument to the Conquerors of Space 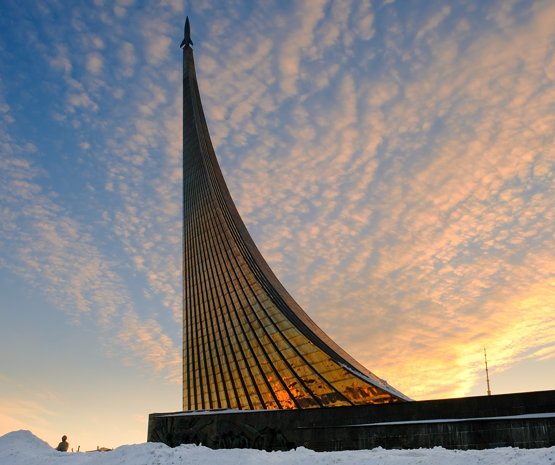 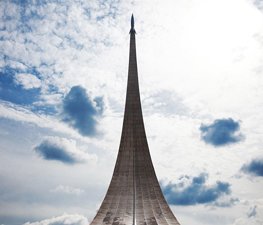 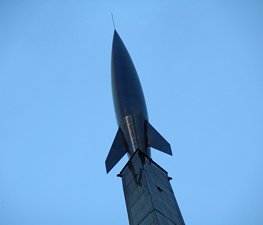 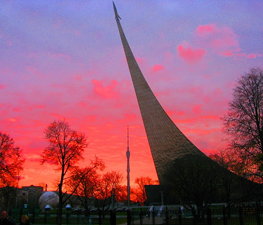 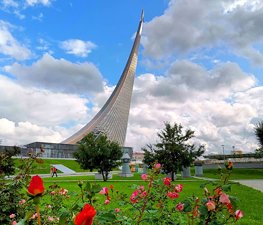 The Monument "To the Conquerors of Space" (русский. Монумент «Покорителям космоса») was erected in Moscow in 1964 to celebrate achievements of the Soviet people in space exploration. The Memorial Museum of Cosmonautics is located inside the base of the monument.

The monument is located outside of the main entry to today's All-Russia Exhibition Centre (known until 1992 as the Exhibition of Achievements of the National Economy, VDNKh), in the northeastern part of Moscow, near Prospekt Mira ("Peace Avenue"). The easiest access is from the VDNKh subway station.

Since the 1960s, this part of Moscow in general has had a high concentration of space-themed sights and names: besides the monument and the museum under it, the grand "Cosmos" pavilion in the Exhibition Centre displayed many artifacts of the Soviet space program. Many streets in the area have been named after the precursors of the space program (Nikolai Kibalchich, Friedrich Zander, Yuri Kondratyuk) and its participants (Sergey Korolyov).

The Cosmonauts Alley south of the monument features busts of Soviet cosmonauts.

The choice of this part of Moscow for space-related names and monuments may have been inspired by the fact that Prospekt Mira runs toward the north-eastern suburbs of Moscow, where, in Podlipki (today's Korolyov City) much of the space program was based. Korolyov himself lived in a house within a few blocks from the monument, which is now preserved as Korolyov Memorial Museum (русский. Дом-музей академика С. П. Королёва).

In March 1958, a few months after the launch of Sputnik 1, a competition was announced for the best design of an obelisk celebrating the dawn of the Space Age. Out of some 350 proposals, the design by sculptor A.P. Faidysh-Krandievsky and architects A.N. Kolchin and M.O. Barshch was chosen. The grand opening of the monument took place on October 4, 1964, on the day of the 7th anniversary of the Sputnik 1 launch.

The monument was designed to accommodate a museum in its base. However, it took until April 10, 1981 (two days before the 20th anniversary of Yuri Gagarin's flight) to complete the preparatory work and open the Memorial Museum of Cosmonautics. (Currently, in the late 2006, the museum premises are undergoing renovation; the exhibit is temporarily located in Pavilion 33 of the All-Russia Exhibition Centre).

As of the early 2006, the monument and the area around it were not in a very good condition; but the city officials mention their plans of cleaning up the monument and beautifying the area. In 2006, Moscow's Chief Architect Alexander Kuzmin announced plans for the creation of a round plaza with a schematic depiction of the Solar System and a monument to Sergey Korolyov near the monument.

]] The main part of the monument is a giant obelisk topped by a rocket and resembling in shape the exhaust plume of the rocket. It is 107 meters (350 feet) tall and, on Korolyov's suggestion, covered with titanium cladding.

A statue of Konstantin Tsiolkovsky, the precursor of astronautics, is located in front of the obelisk.

A poem in Russian on the front of the stone base of the monument base says: Шаблон:Quotation

Approximate translation: "And the reward for our efforts was that, having triumphed over oppression and darkness, we have forged wings of fire for our land and our century!"

Below, in smaller letters, is the dedicatory statement: "В ознаменование выдающихся достижений советского народа в освоении космического пространства сооружен этот монумент" ("This monument was constructed to celebrate the outstanding achievements of the Soviet people in space exploration"), and the year, 1964.

Both sides of the monument base, in their front parts, are decorated with haut- and bas-reliefs depicting men and women of the space program: scientists, engineers, workers, their occupations indicated by appropriate accoutrements of the professions. Notable figures include a computer programmer (or perhaps some other computing or telecommunications professional) holding a punched tape, a cosmonaut wearing a space suit, and Laika, the first space dog.

No contemporary Soviet politicians are depicted in the monument either (that would violate the convention existing in post-Stalin's Soviet Union against commemorating living persons in this fashion), but the crowd on the right side of the monument are moving forward under the banner of Lenin.

The monument reflected in other media

Stefano Pedro
One of the coolest monument ever!

Monument to the Conquerors of Space on Foursquare

The Memorial Museum of Cosmonautics is a museum in Moscow, dedicated

Cosmonauts Alley is a pedestrian-only avenue in Moscow, leading up to 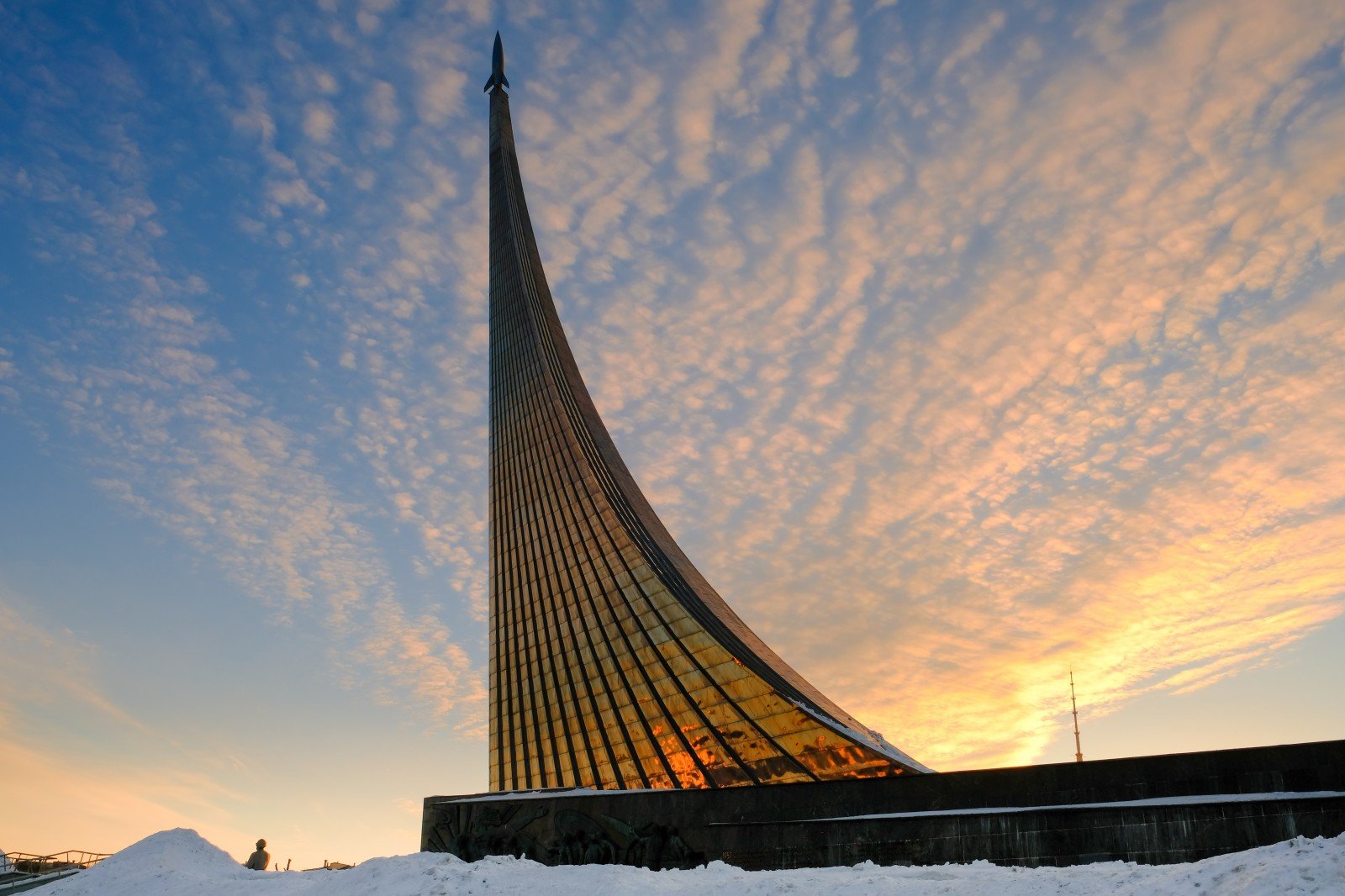 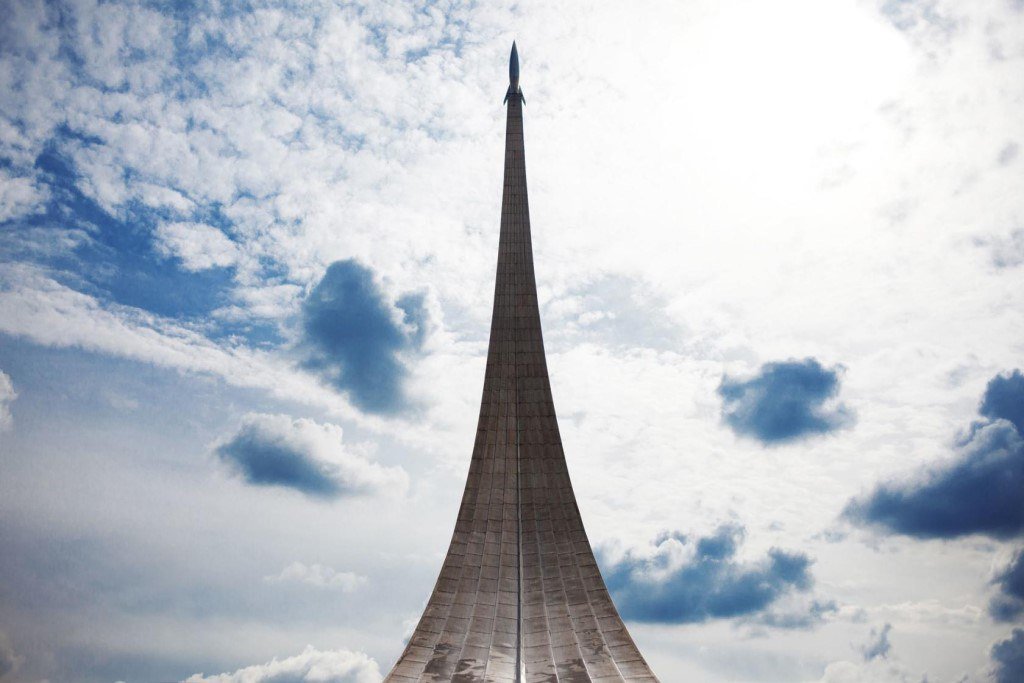 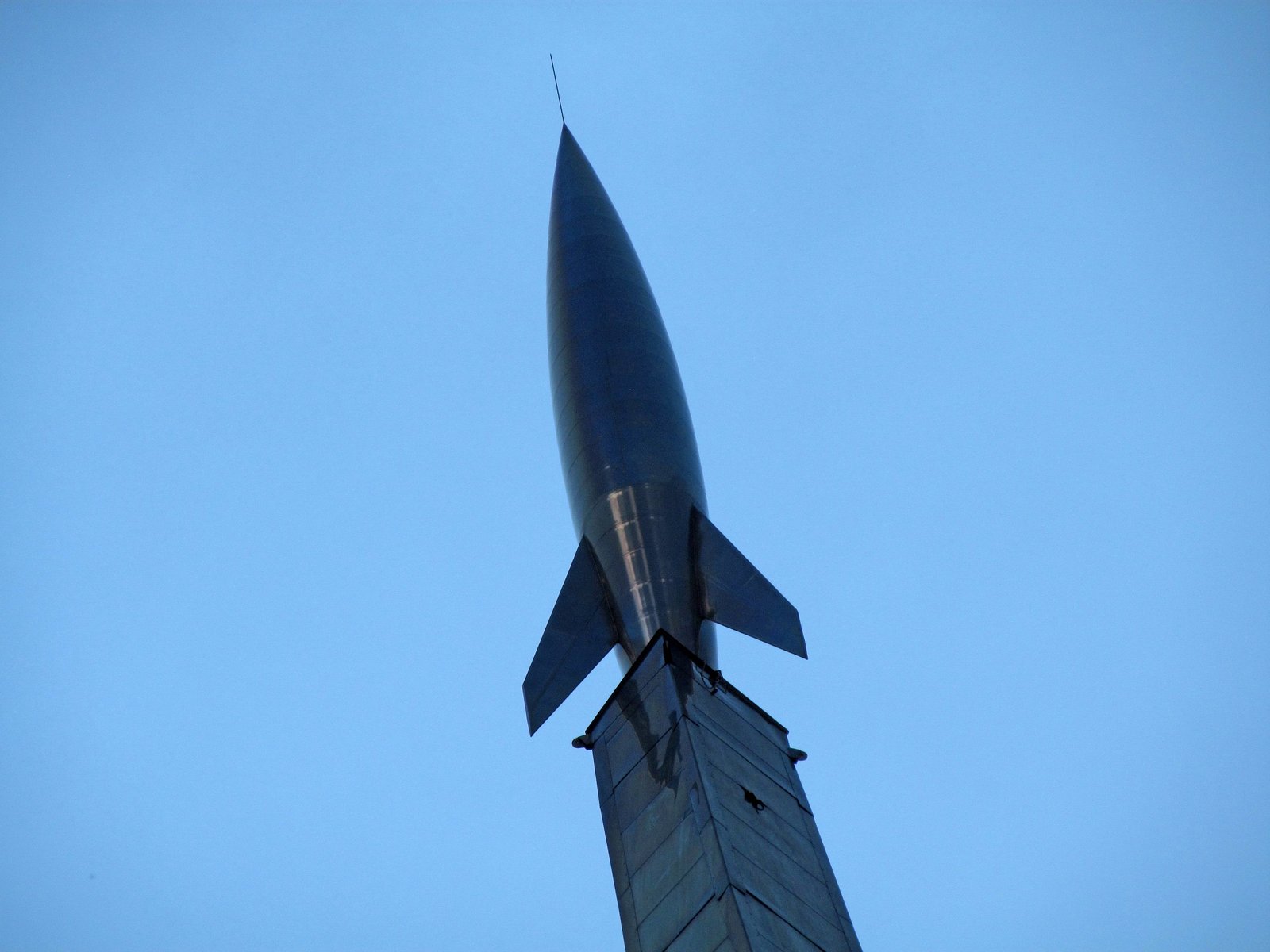 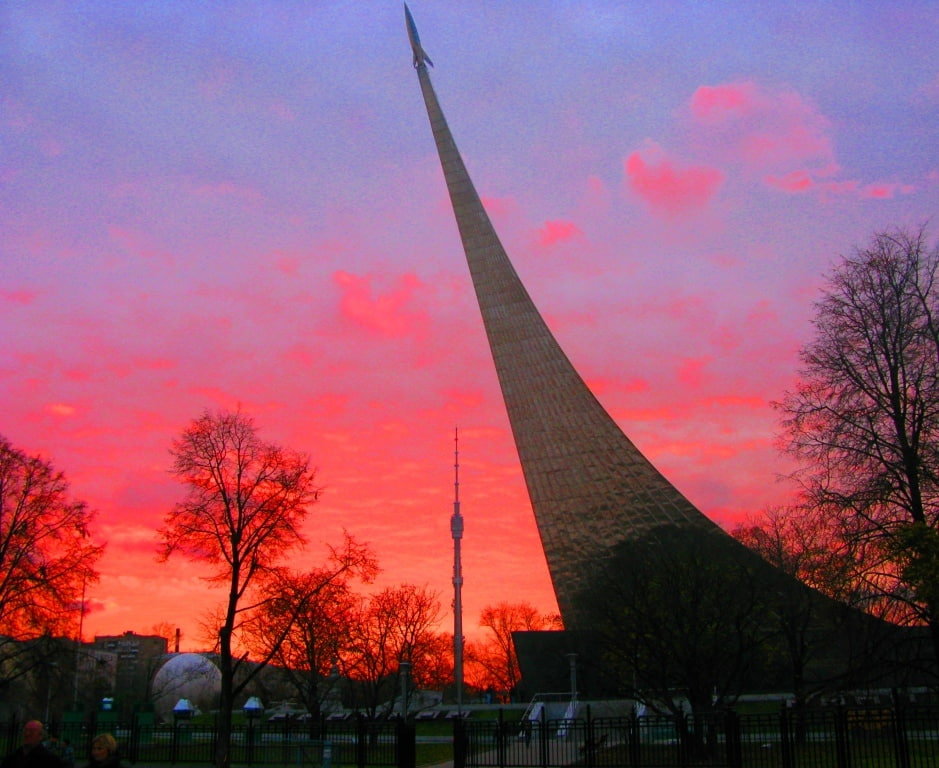 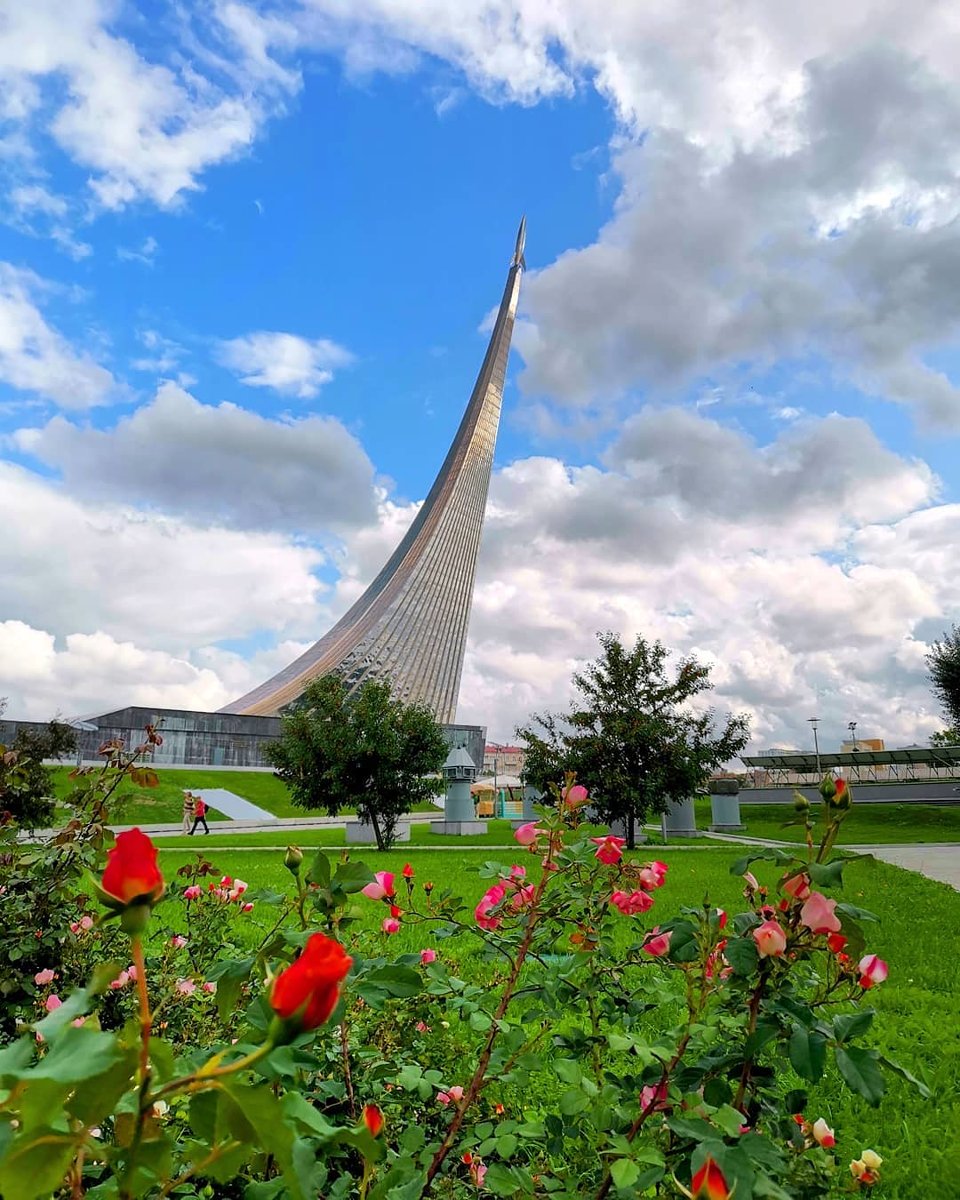 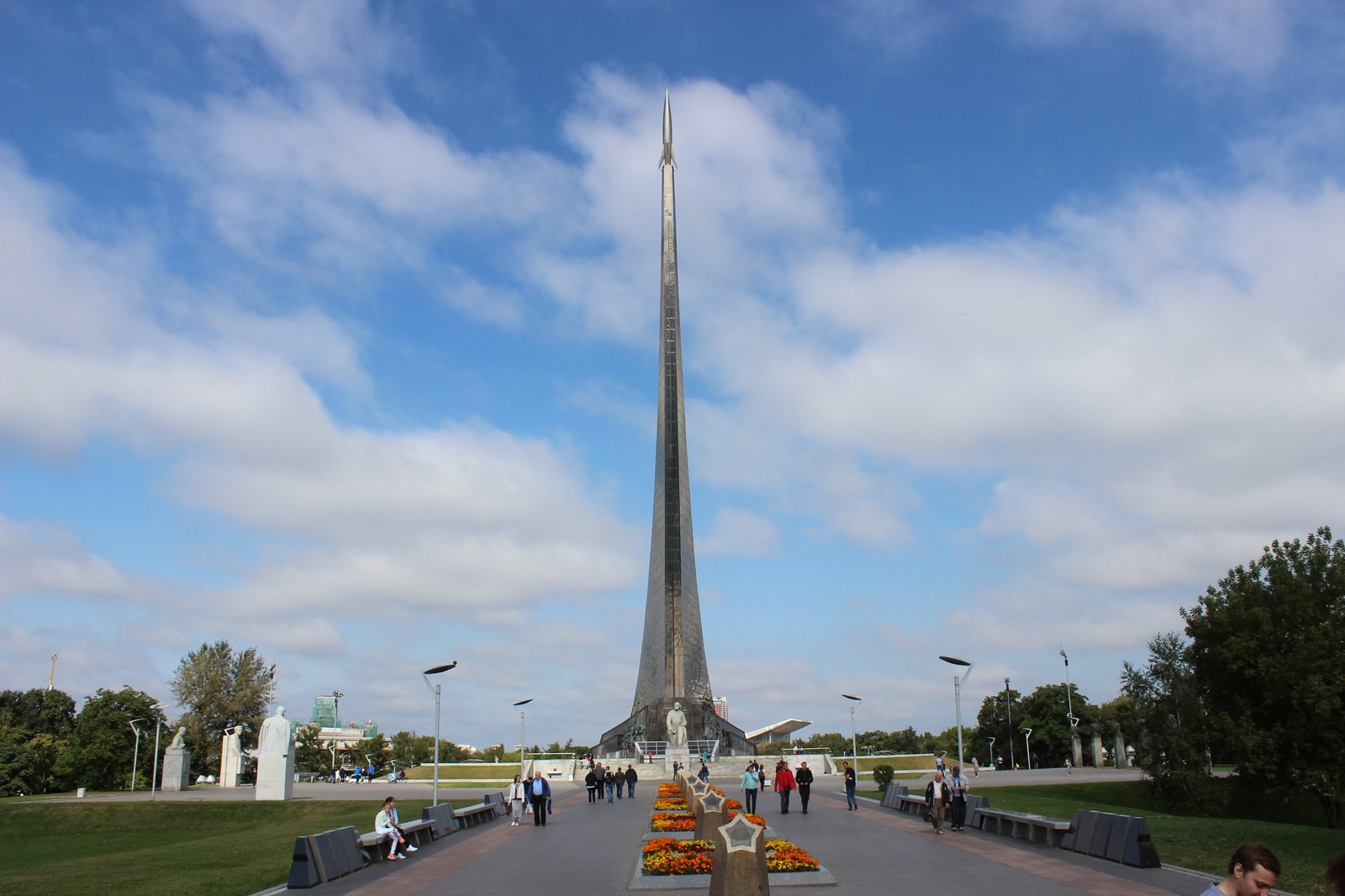 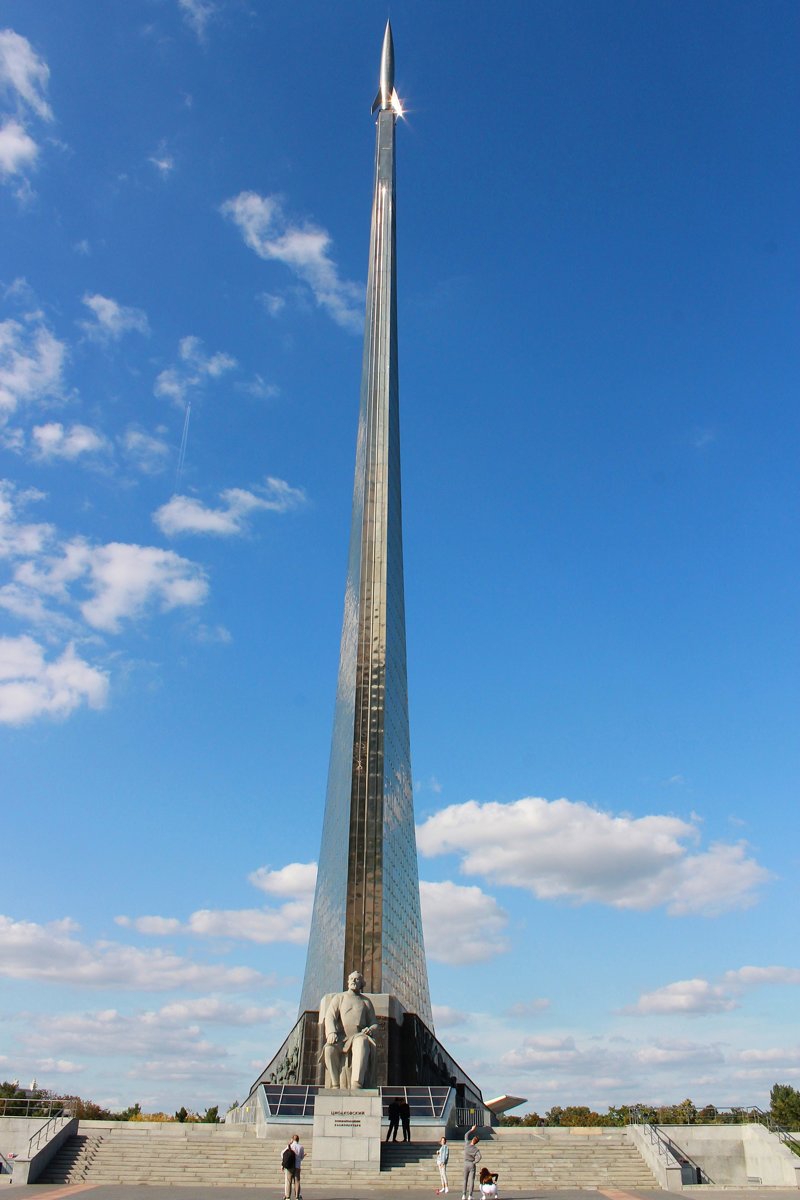 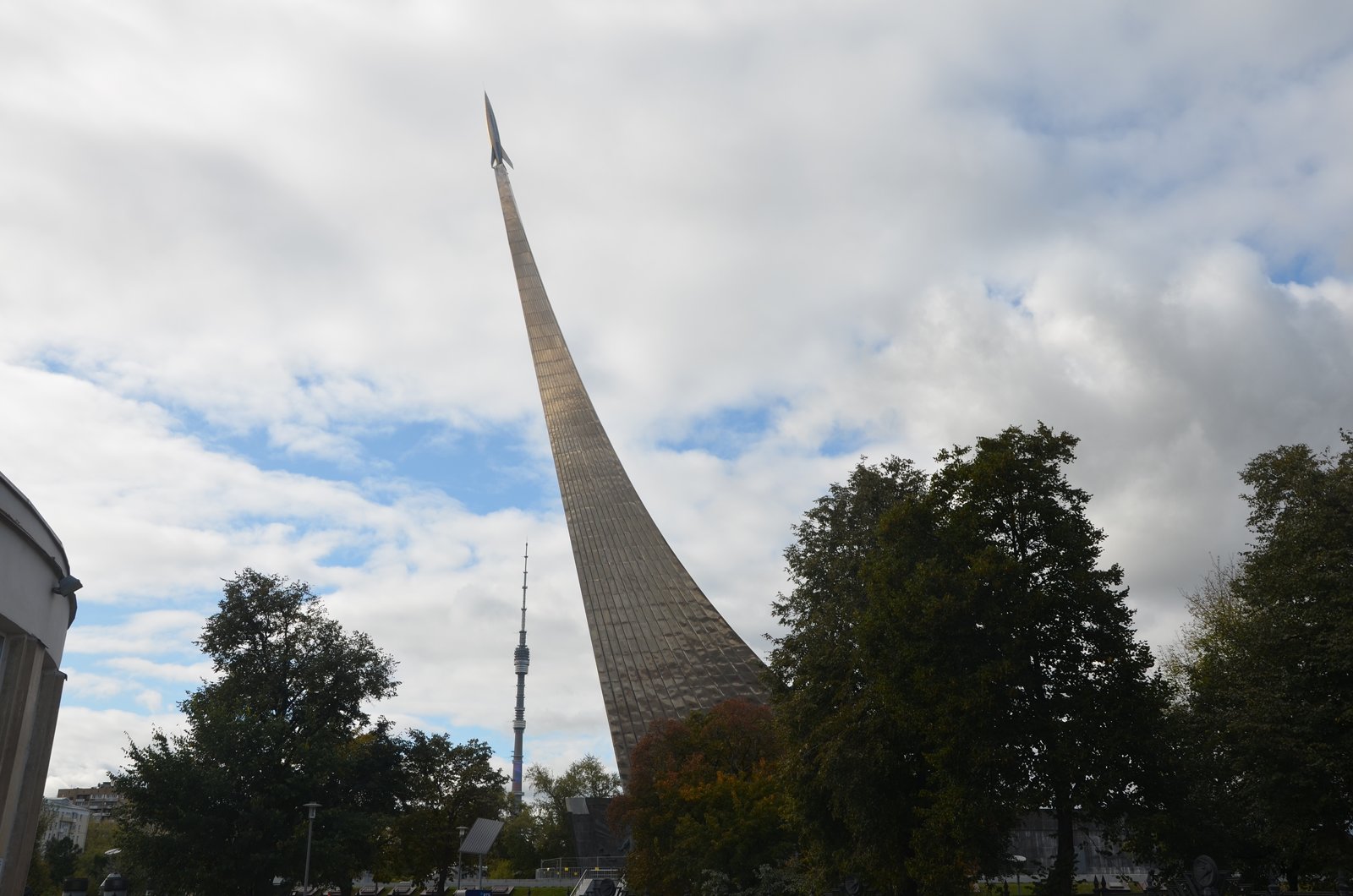 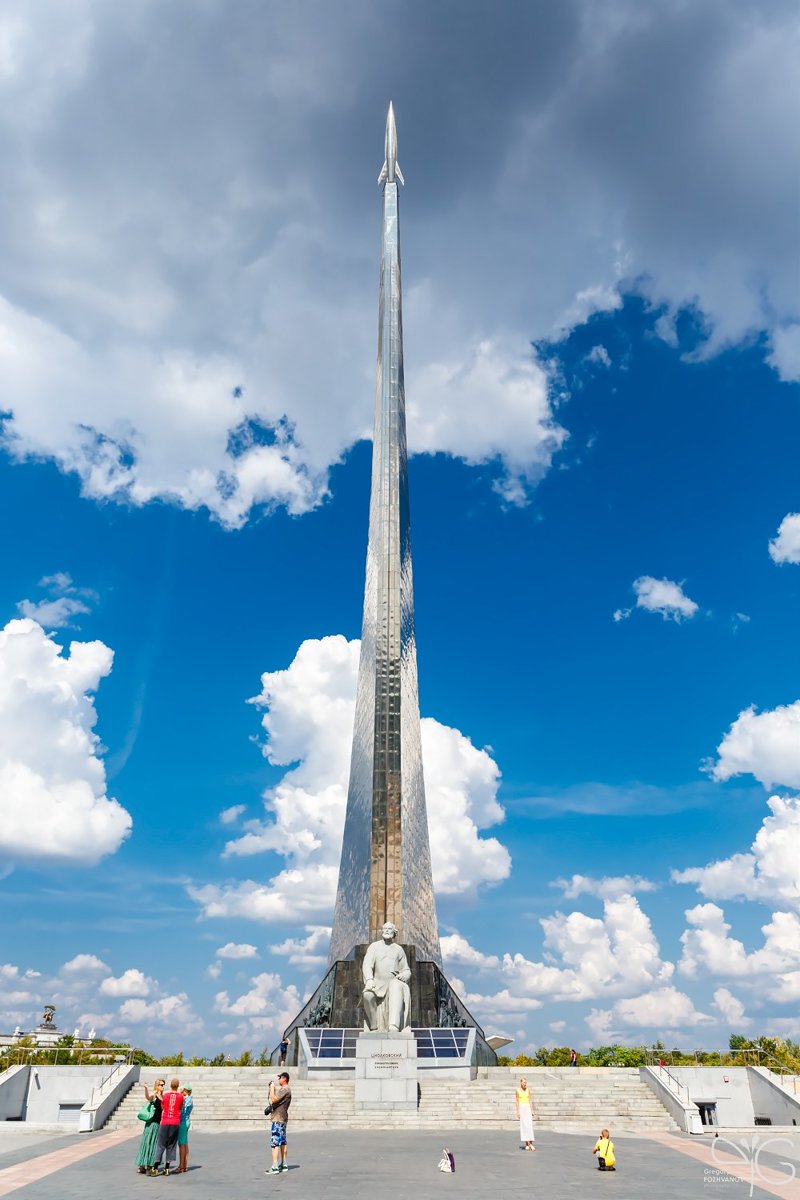 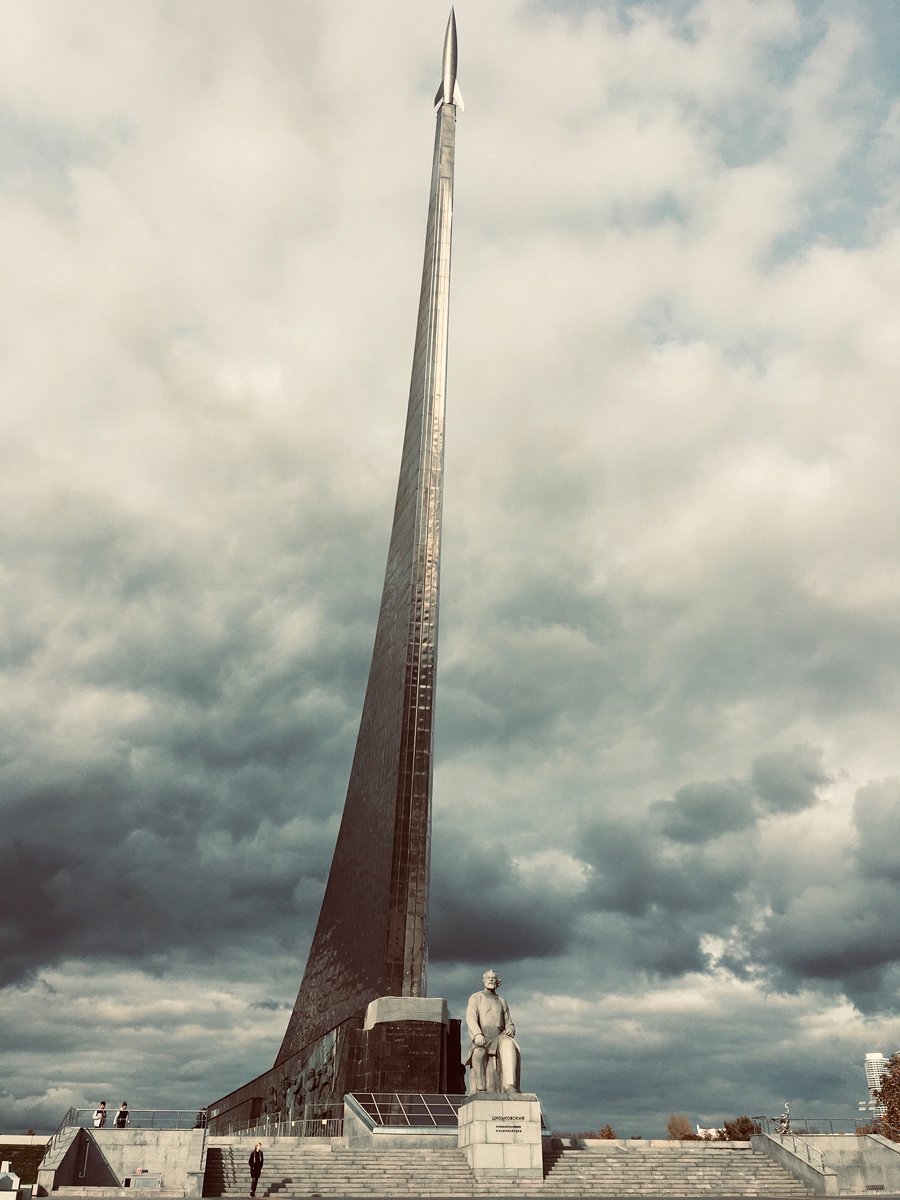 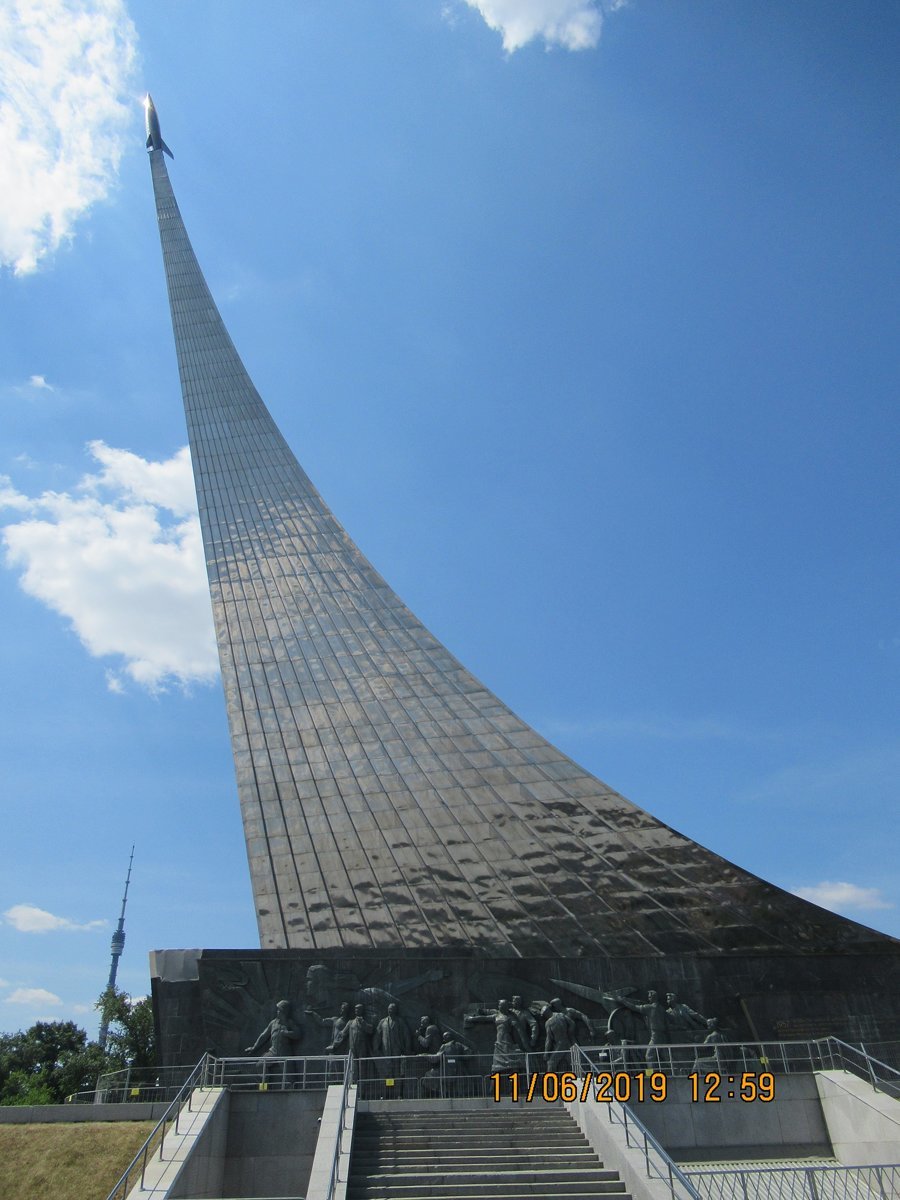 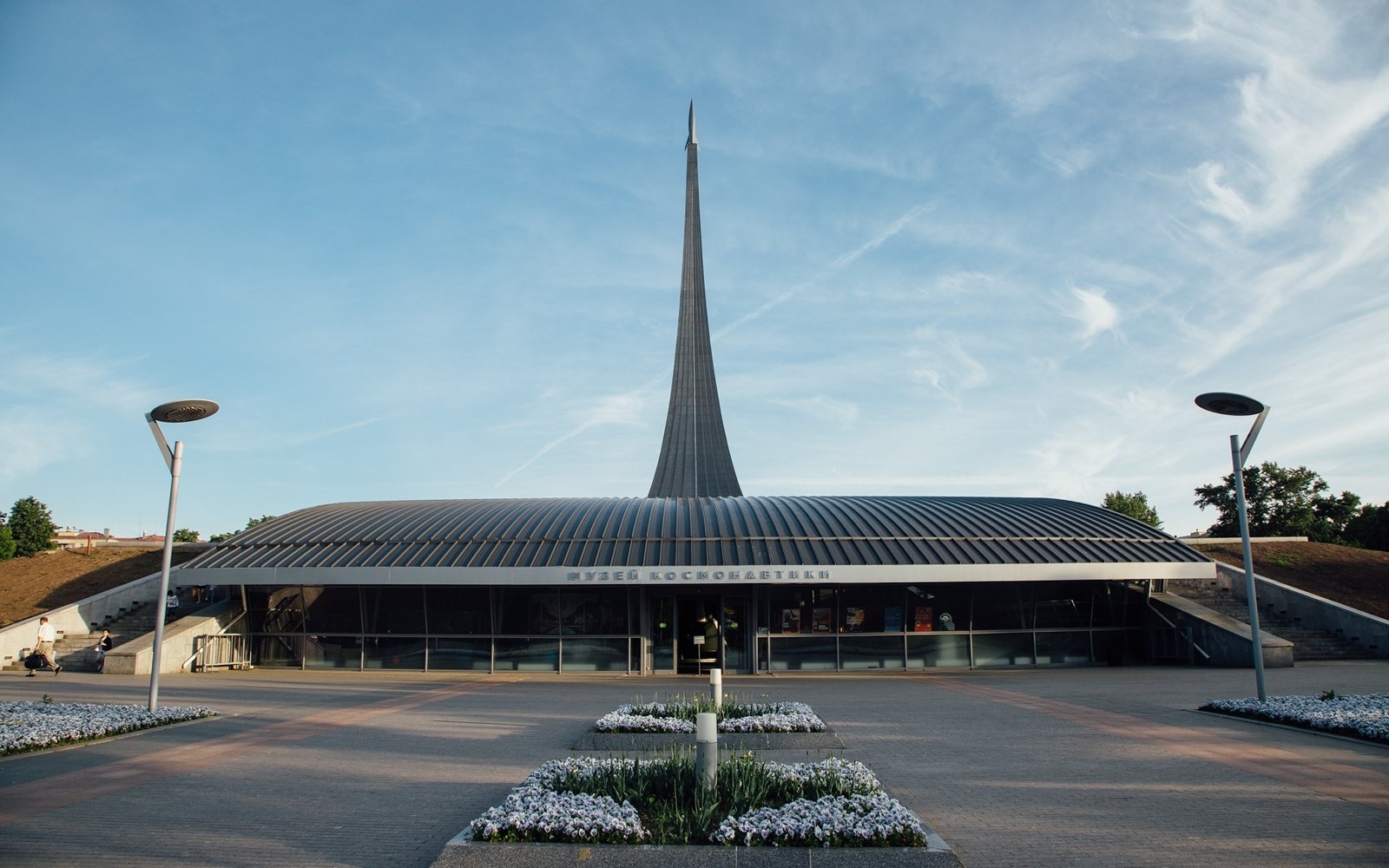 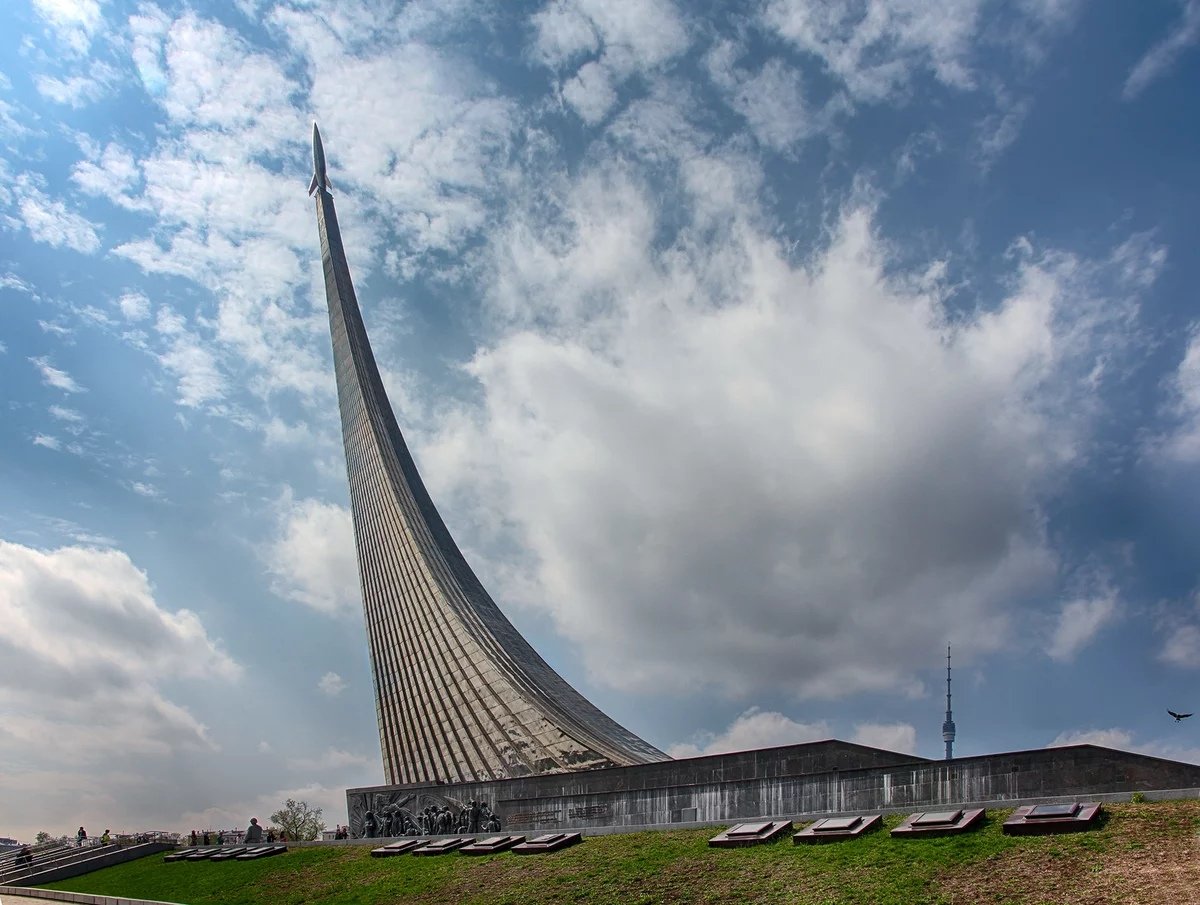 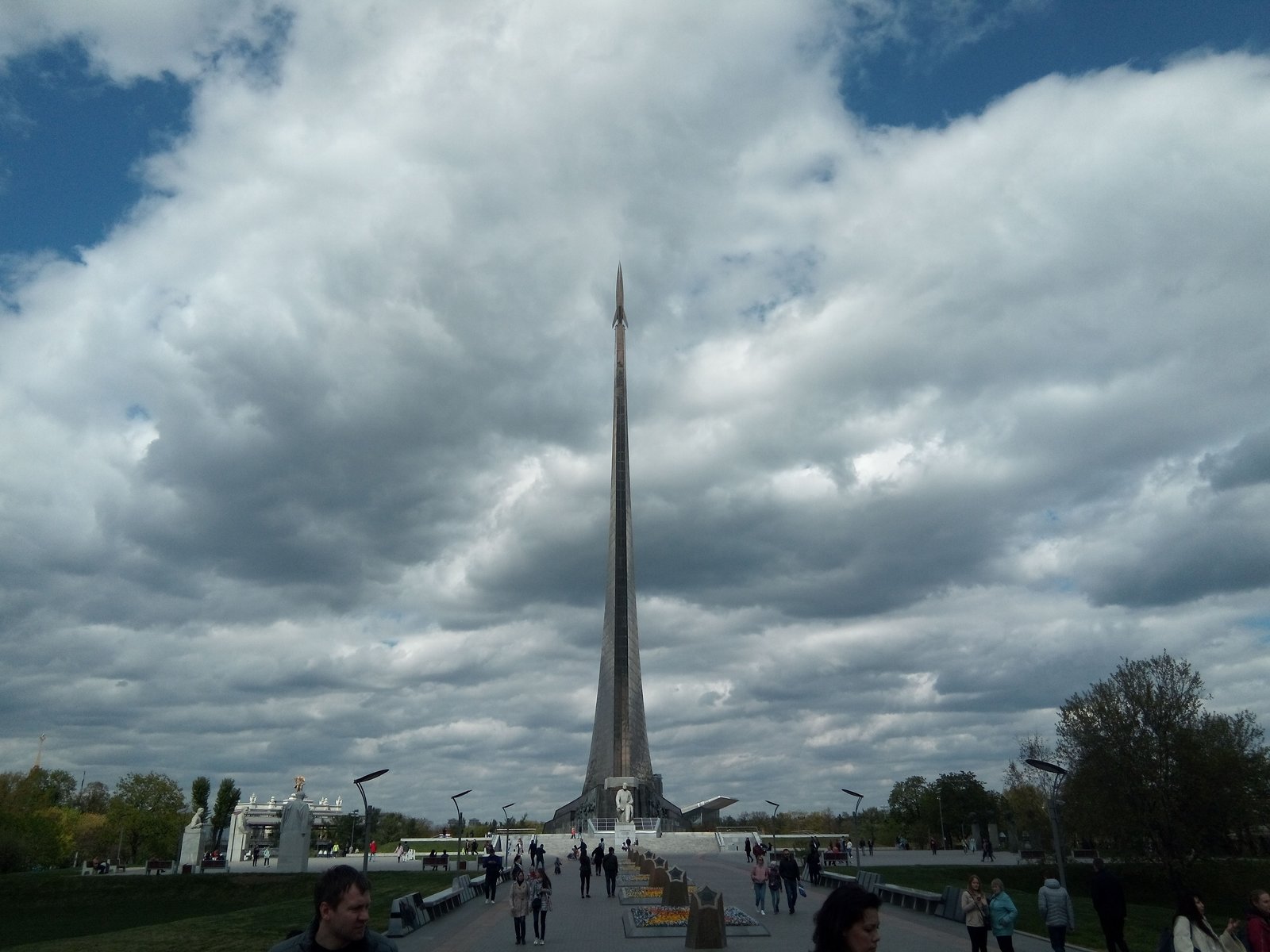 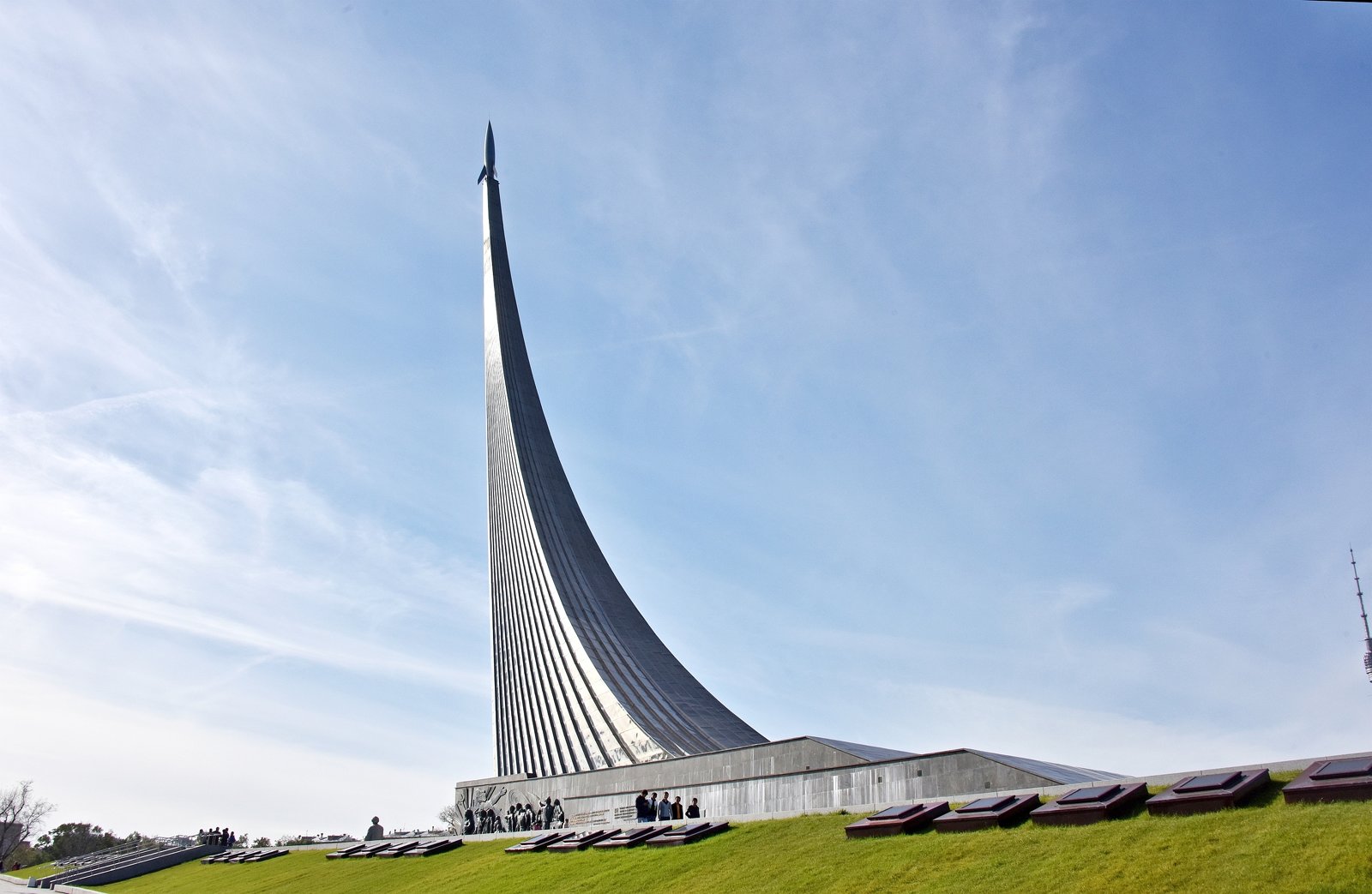 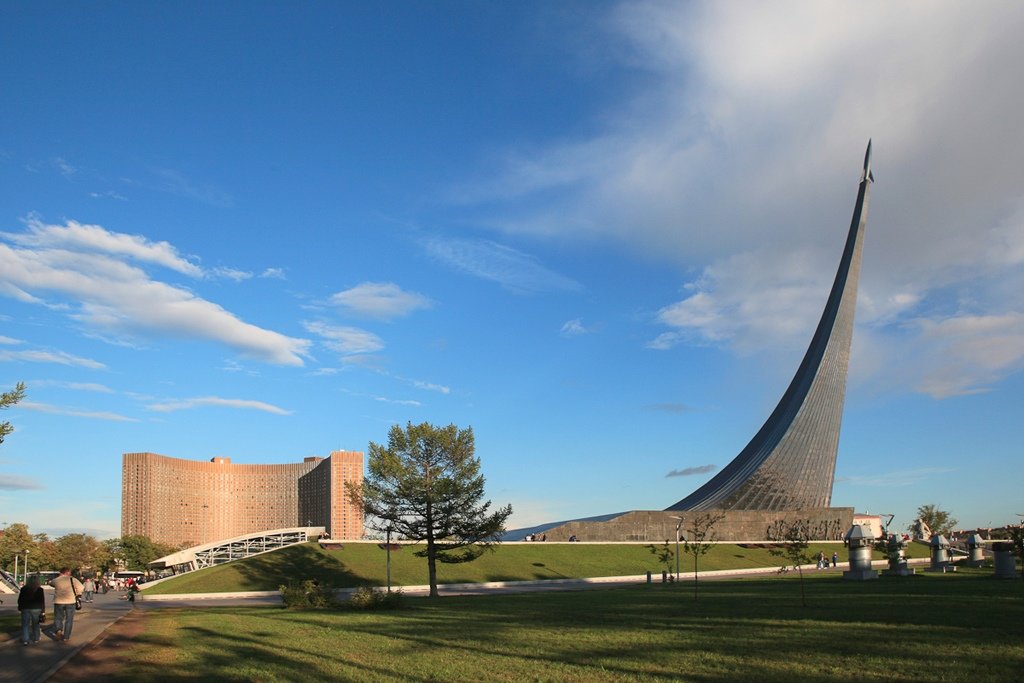 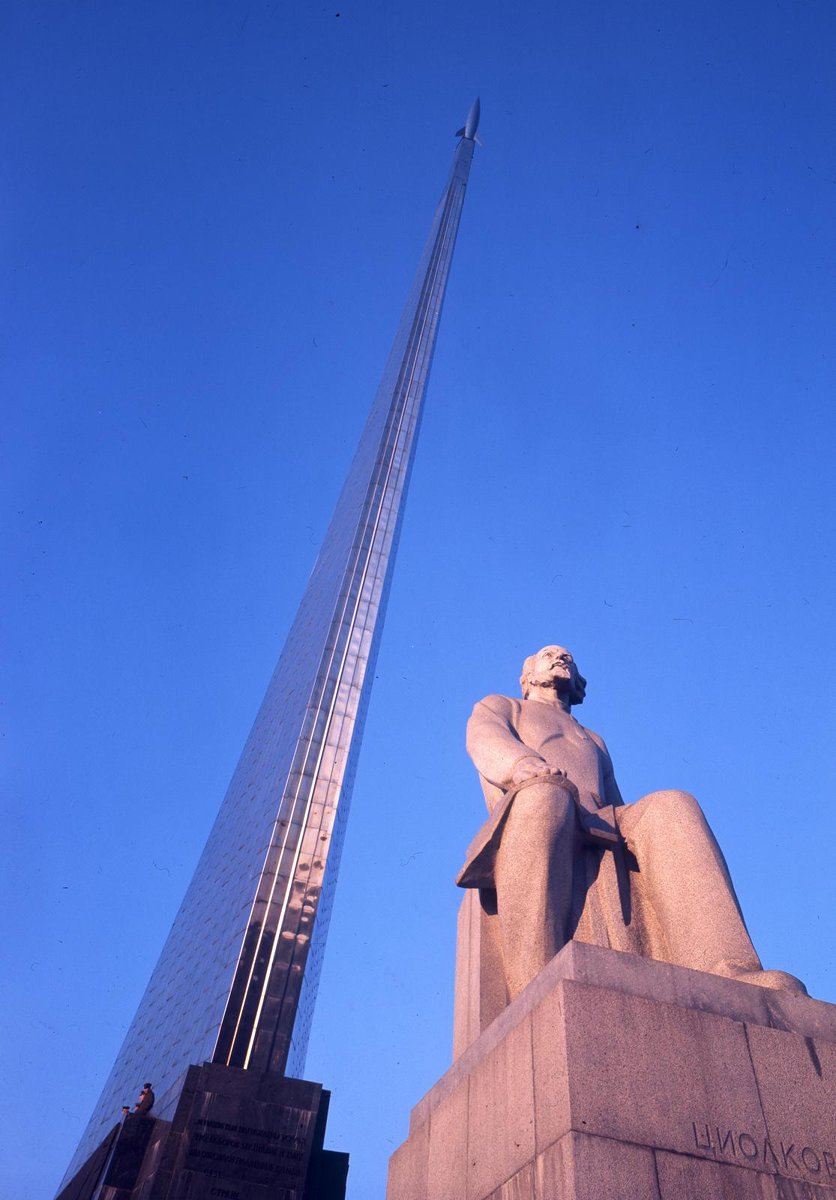 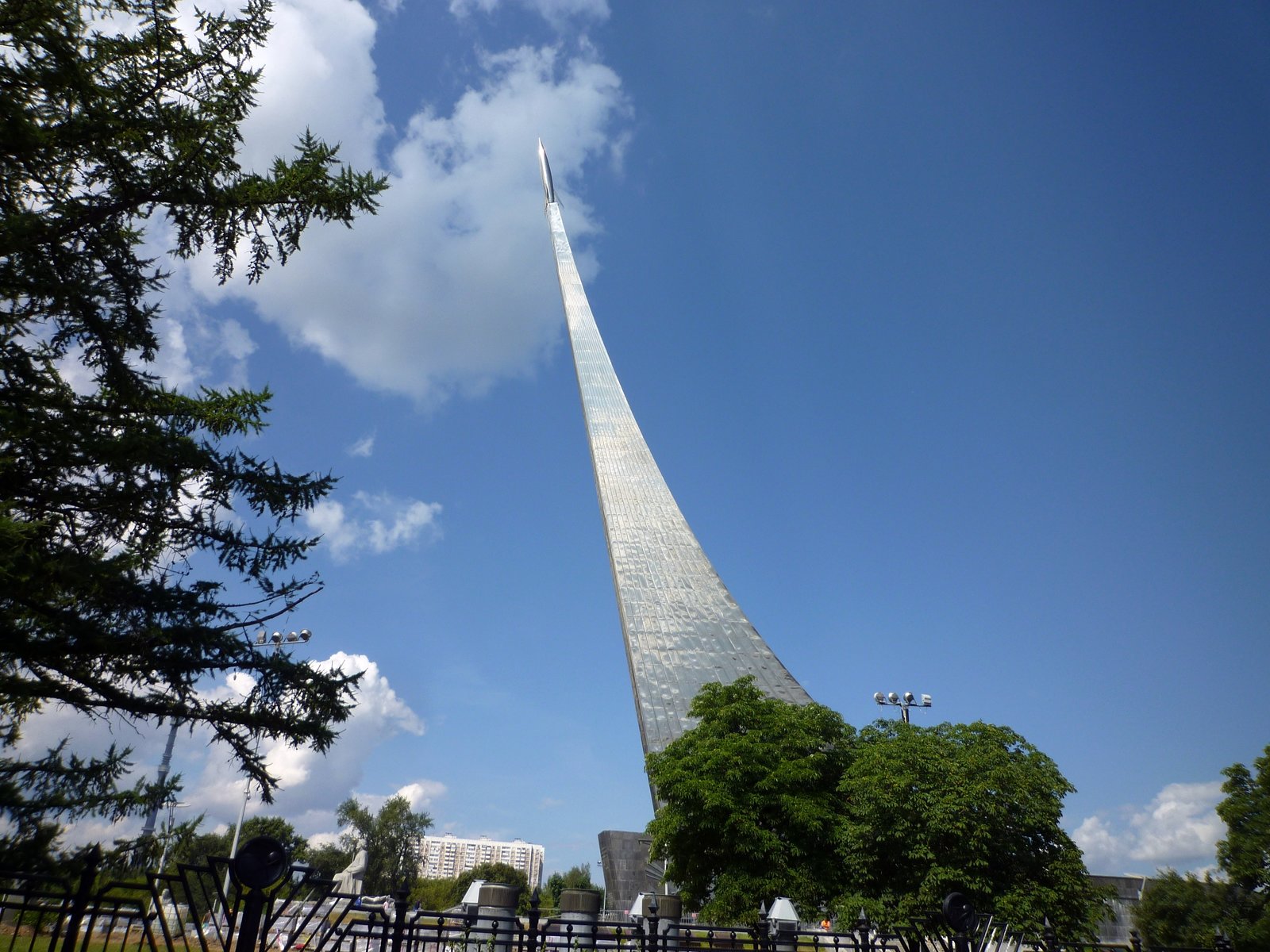 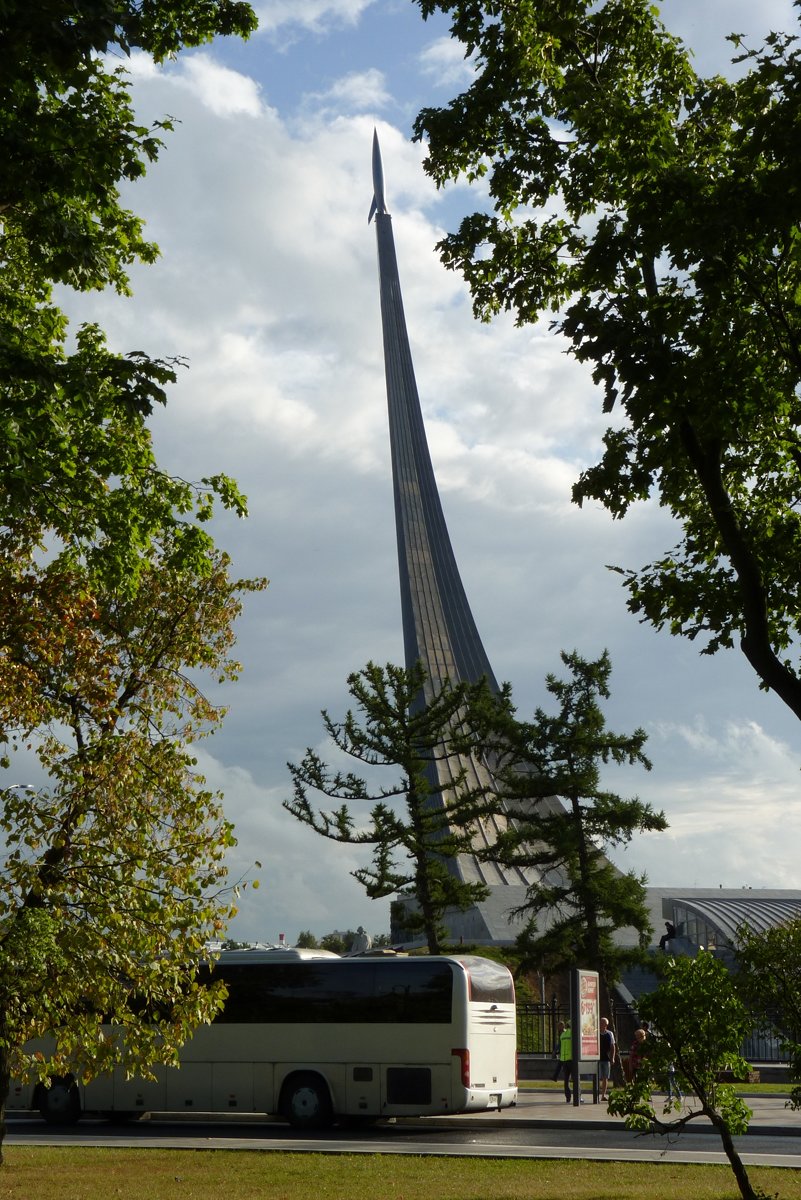 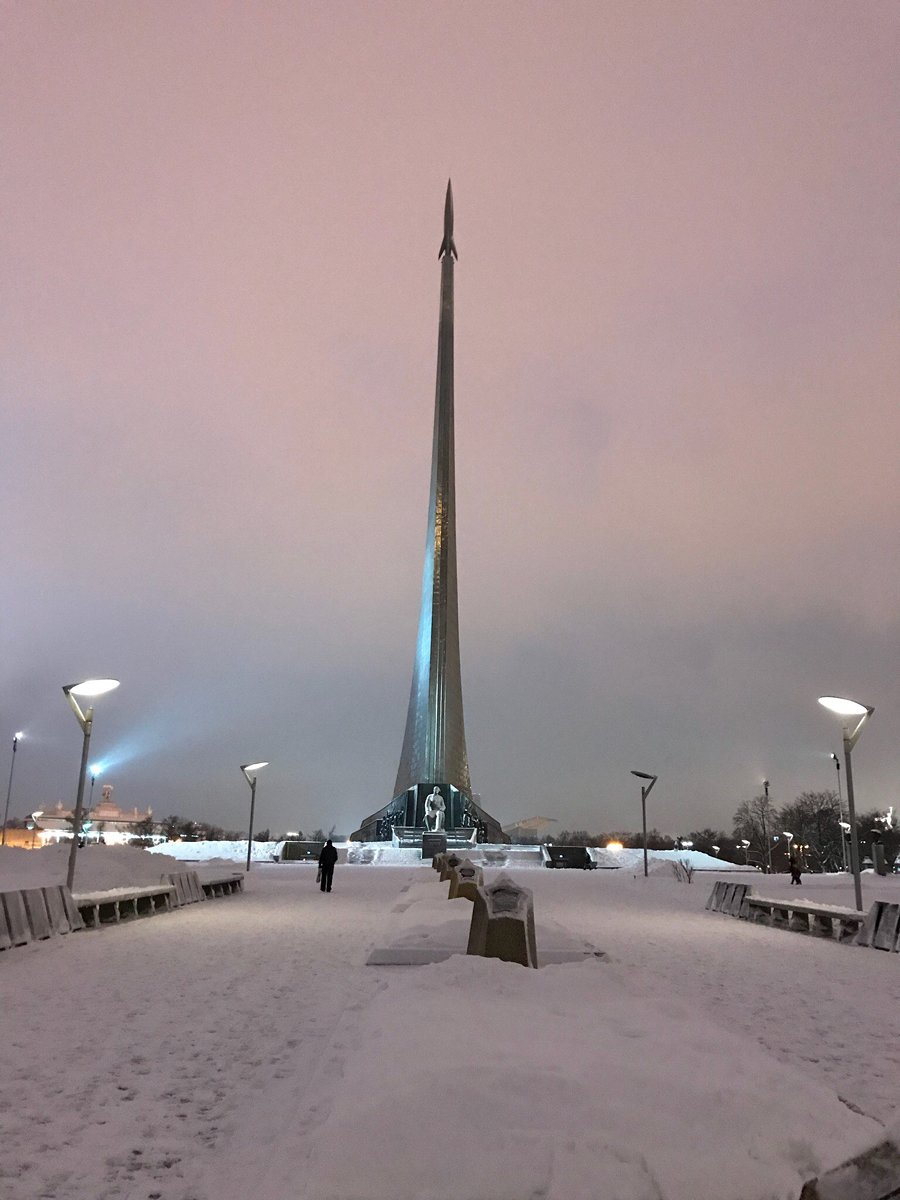 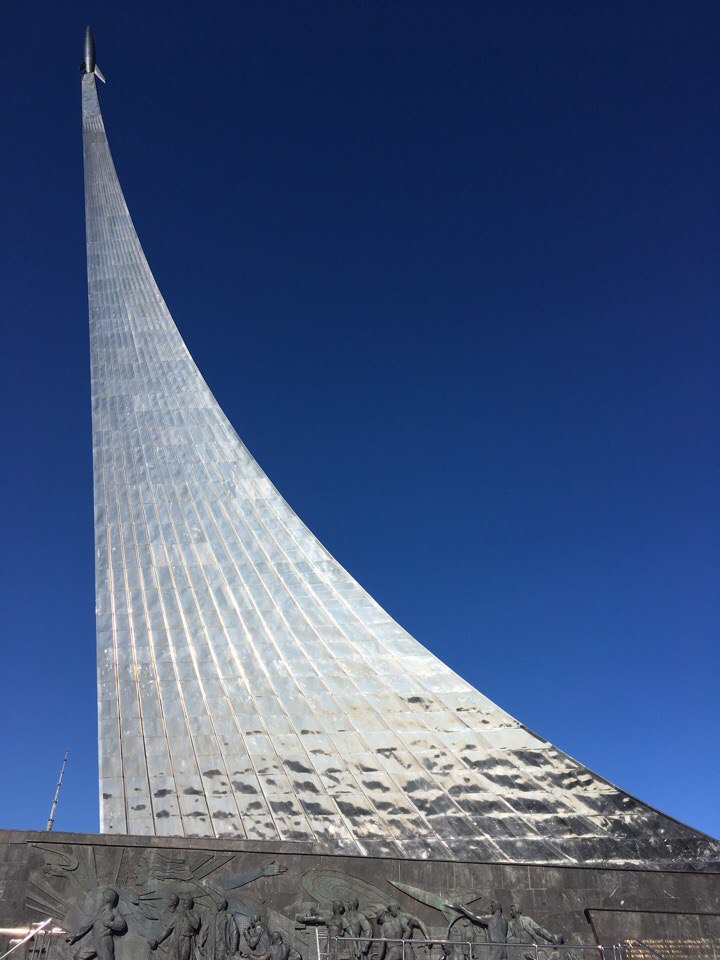