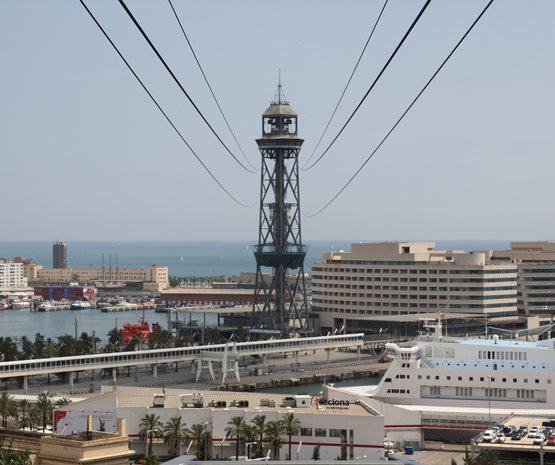 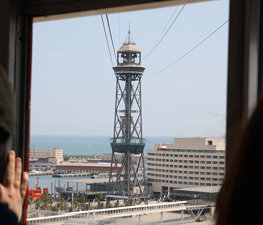 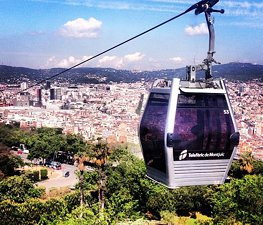 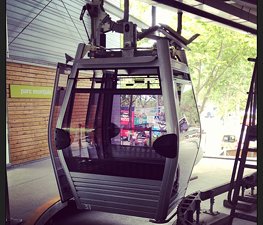 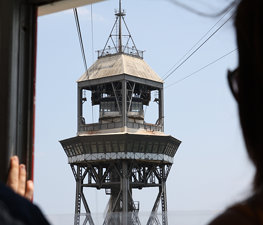 The Montjuïc Cable Car (español. Teleférico de Montjuïc, català. Telefèric de Montjuïc) is a gondola lift in Barcelona, Catalonia, Spain. The cable car runs from a lower terminus adjacent to the Montjuïc Park upper station of the Montjuïc funicular, and climbs higher up the Montjuïc hill to a terminal near the Montjuïc Castle on the summit of the hill. At its midpoint, the line executes a 90 degree turn and the cabins pass through Mirador station, although only down-bound cabins stop at this point.

The cable car was originally put into service in 1970, using a fleet of open cars. It was closed between October 2004 and May 2007, for a complete overhaul in order to increase capacity. At the same time the open cars were replaced by 55 new closed cabins.

The cable car line is Шаблон:Convert in length, and climbs a vertical distance of Шаблон:Convert at a speed of Шаблон:Convert. The cars slow to a crawl as they pass through the station to allow passengers to board or exit. Two cars are equipped with the facility to carry wheelchairs. The line is operated by Transports Metropolitans de Barcelona (TMB) but, unlike the Montjuïc funicular, it is not part of Autoritat del Transport Metropolità (ATM) integrated fare network. Separate tickets must be purchased prior to boarding.

The Montjuïc Cable Car should not be confused with the Port Vell Aerial Tramway, which crosses Port Vell, Barcelona's old harbour, and connects the Montjuïc hill with the seaside suburb of Barceloneta.

Manolya K
I rode the cable car for the first time in Barcelona, ​​but I liked it very much

Rafael Torrezani
Amazing view of the whole city! Go up by Telefèric but get down walking to appreciate the amazing gardens and the view!

Akira Flats Barcelona
A fun place for anyone visiting Barcelona. Start the day at Montjuic mountain visiting the Olympic ring, Mies Van der Rohe pabilion, MNAC and then take the Telefèric for a fun ride to the Port!

Ben Patterson
Nice views from the top. Definitely get the round ticket and remember that entry to the botanical garden is from the first stop not the top.

Add to wishlist
I've been here
Visited
Torre Jaume I

The Columbus Monument (Monument a Colom in Catalan, also known as the 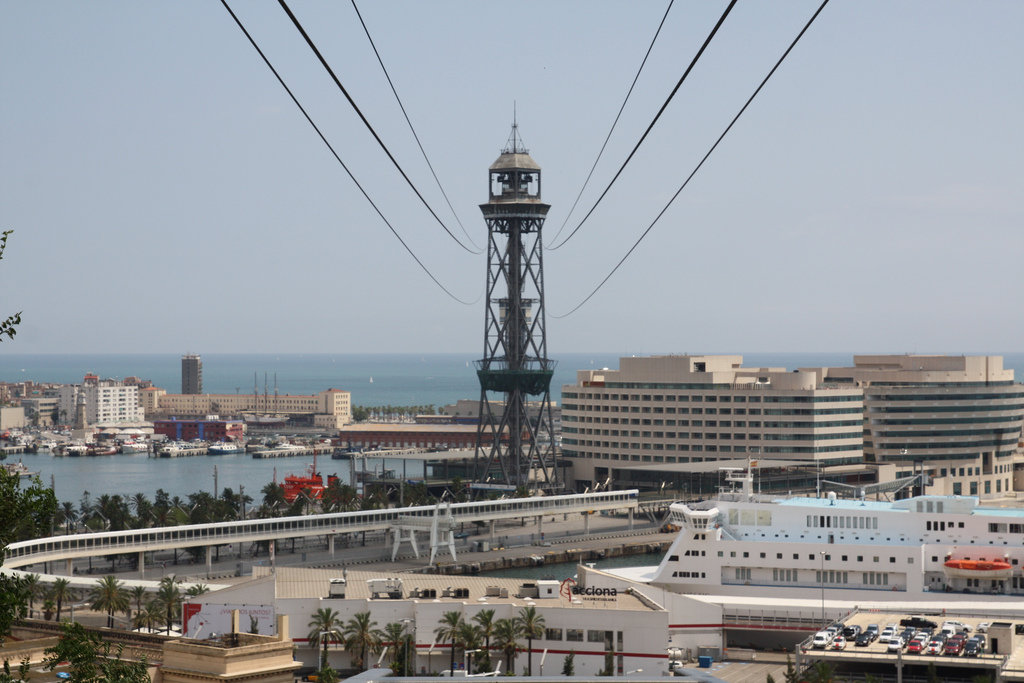 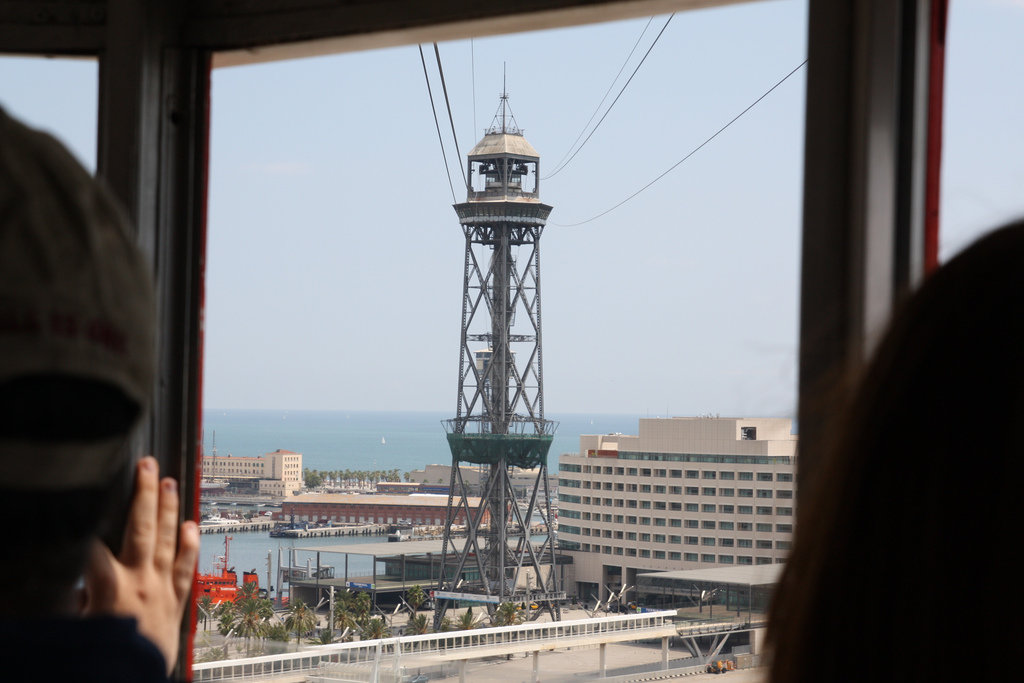 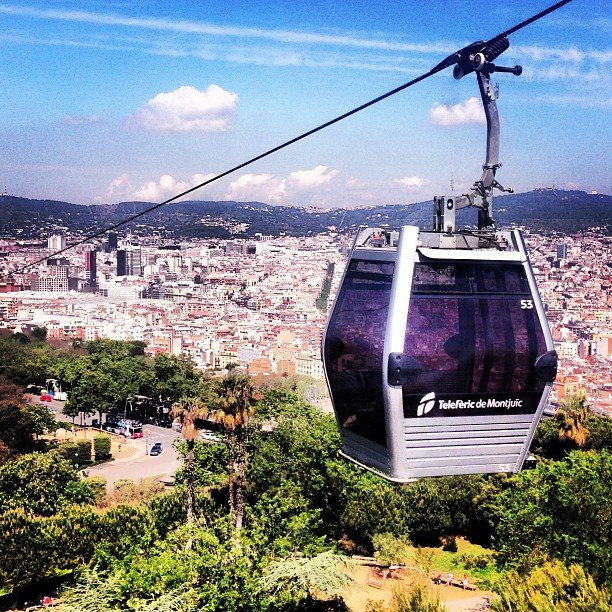 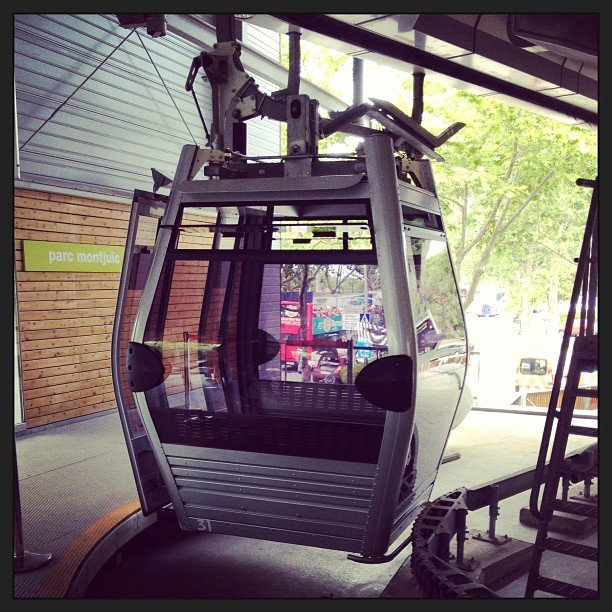 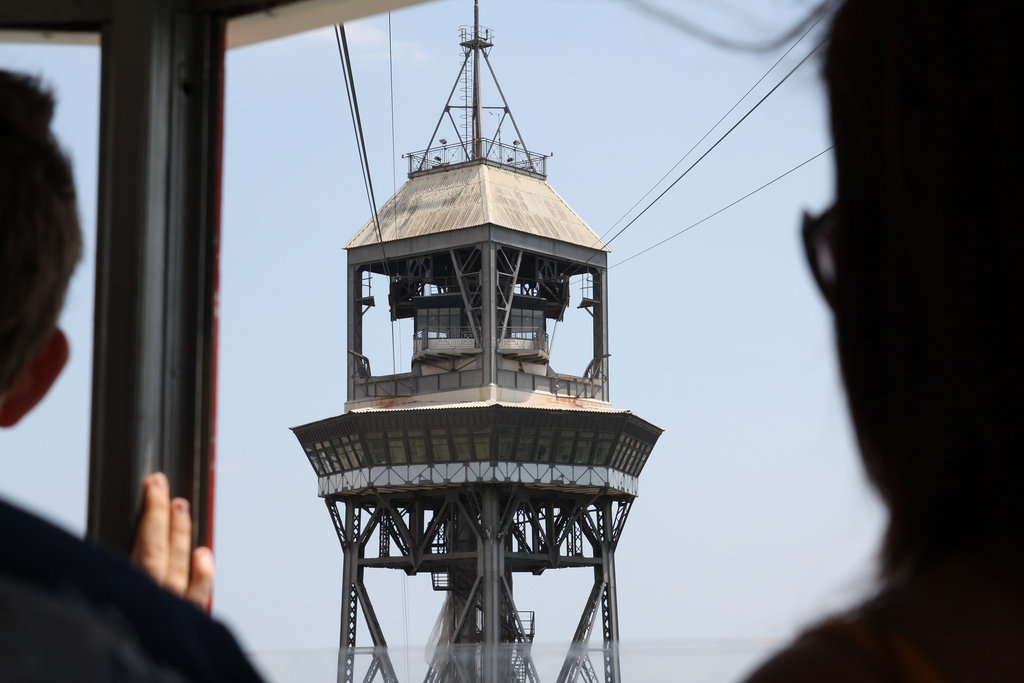 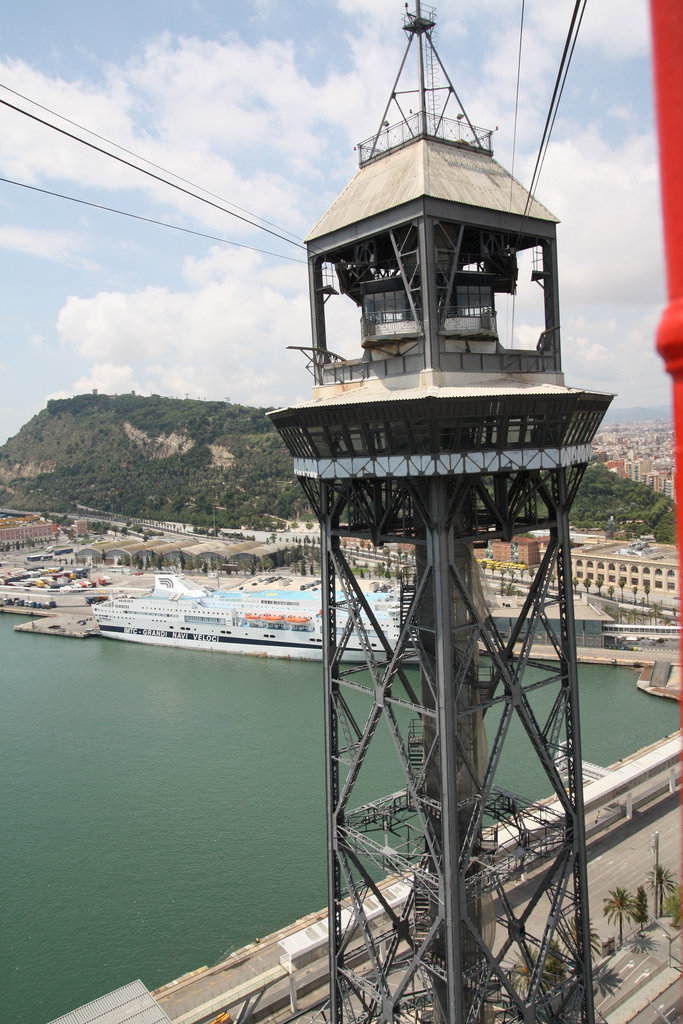 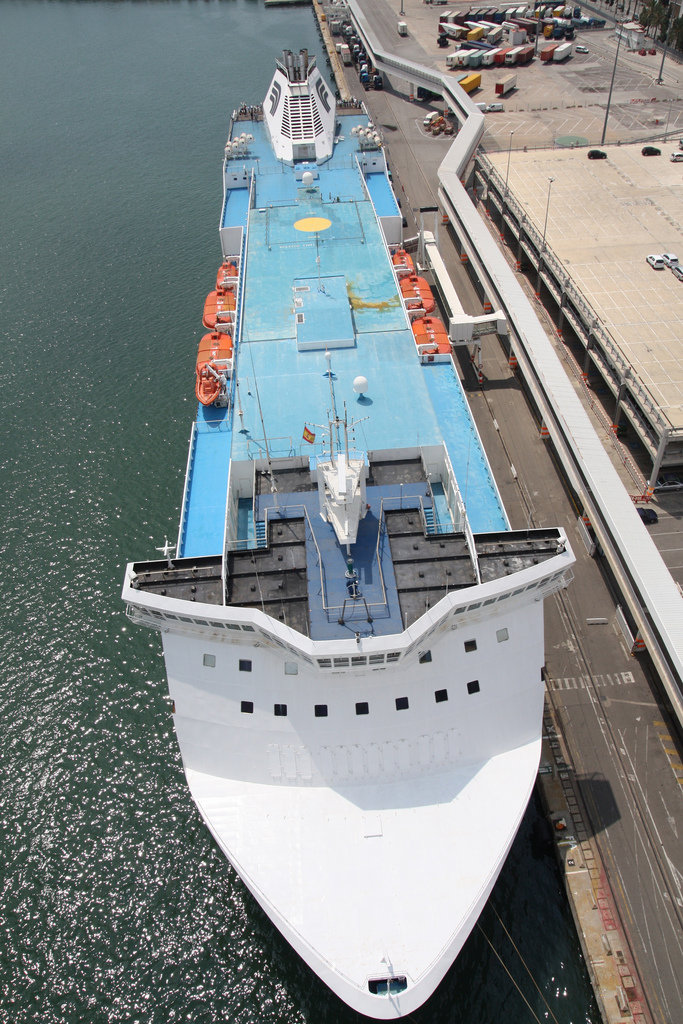 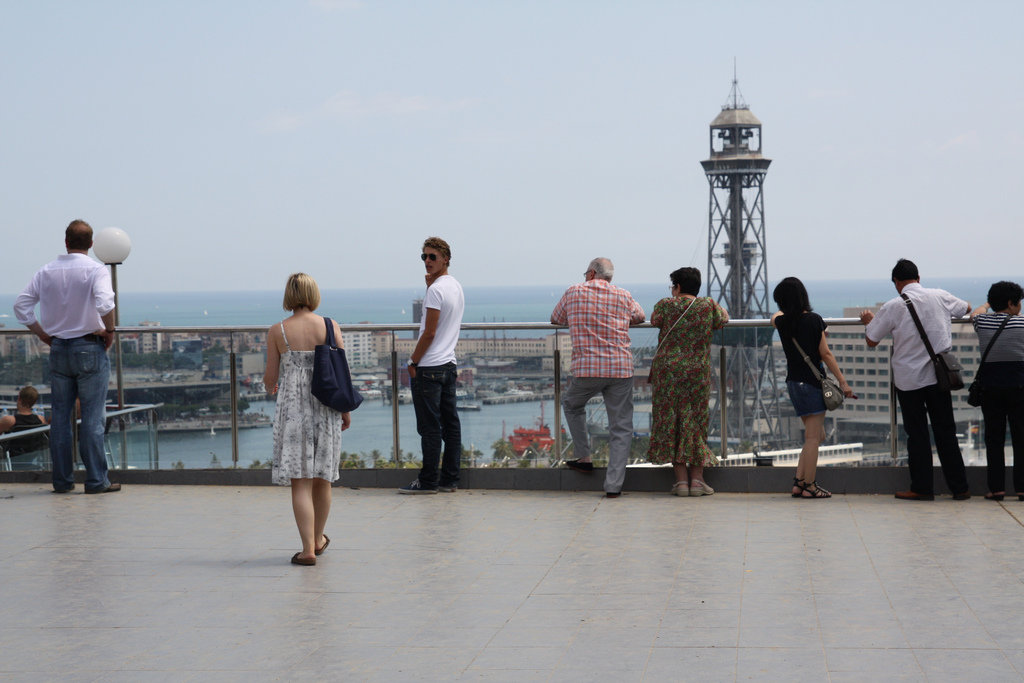 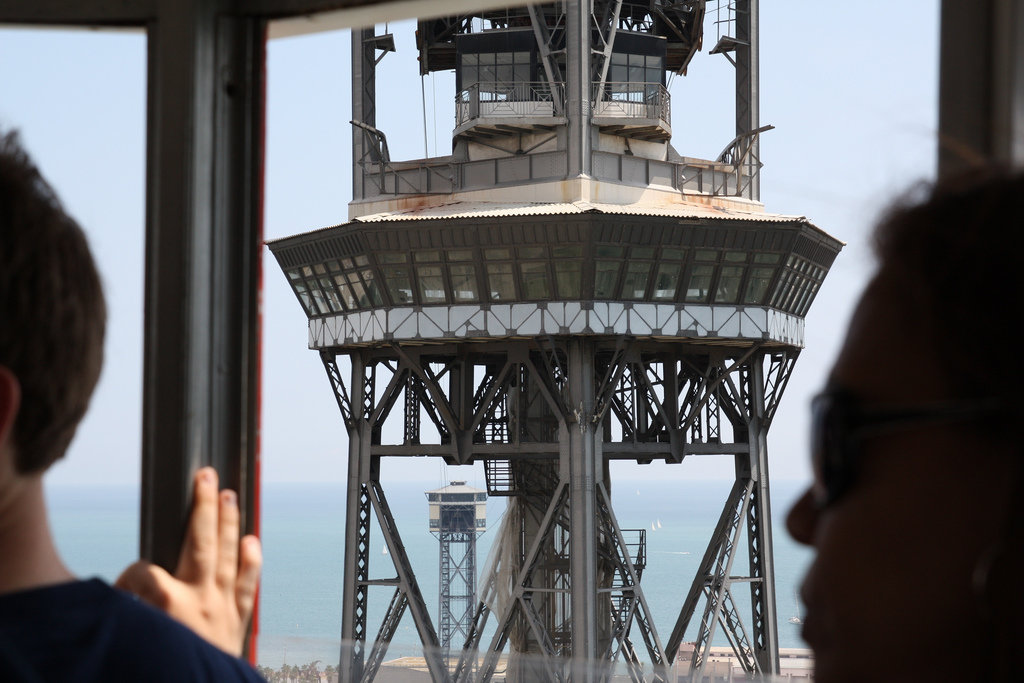 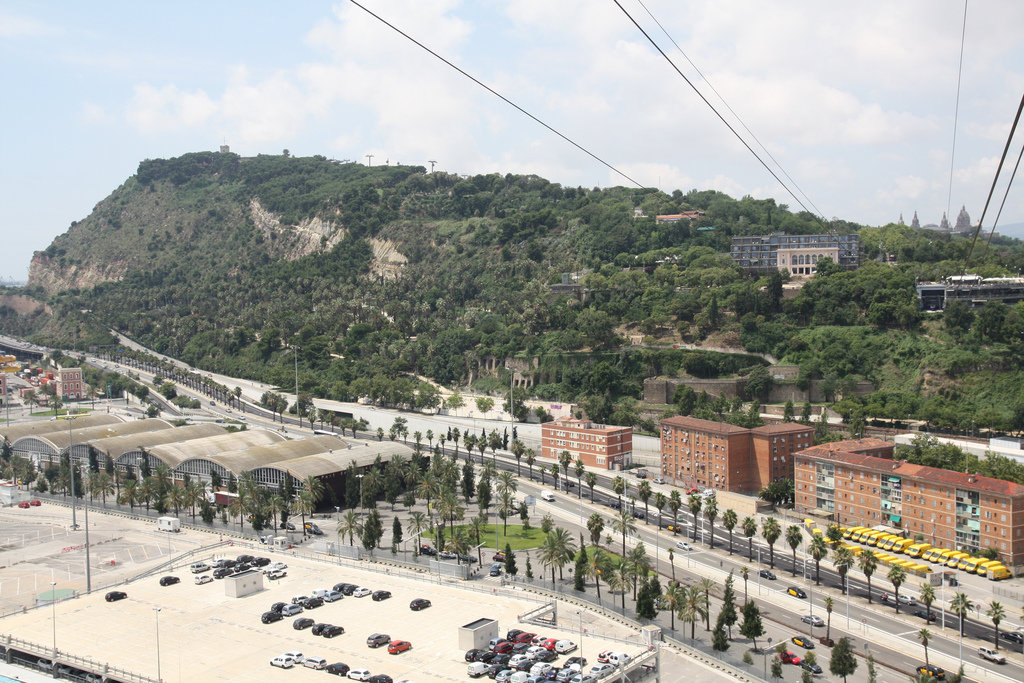 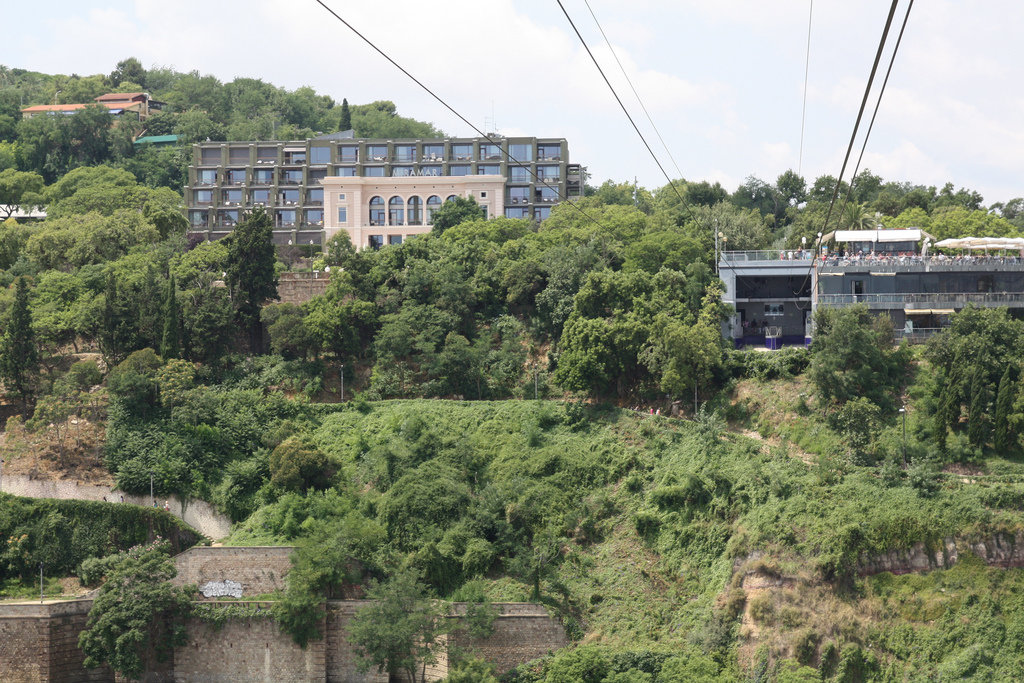 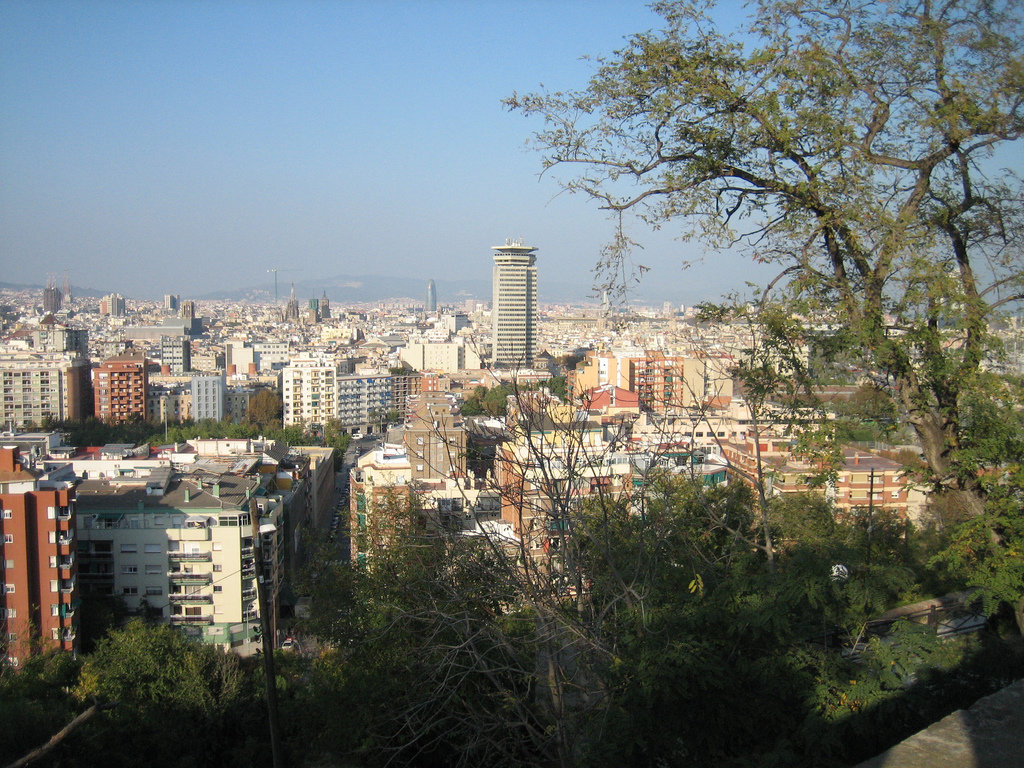 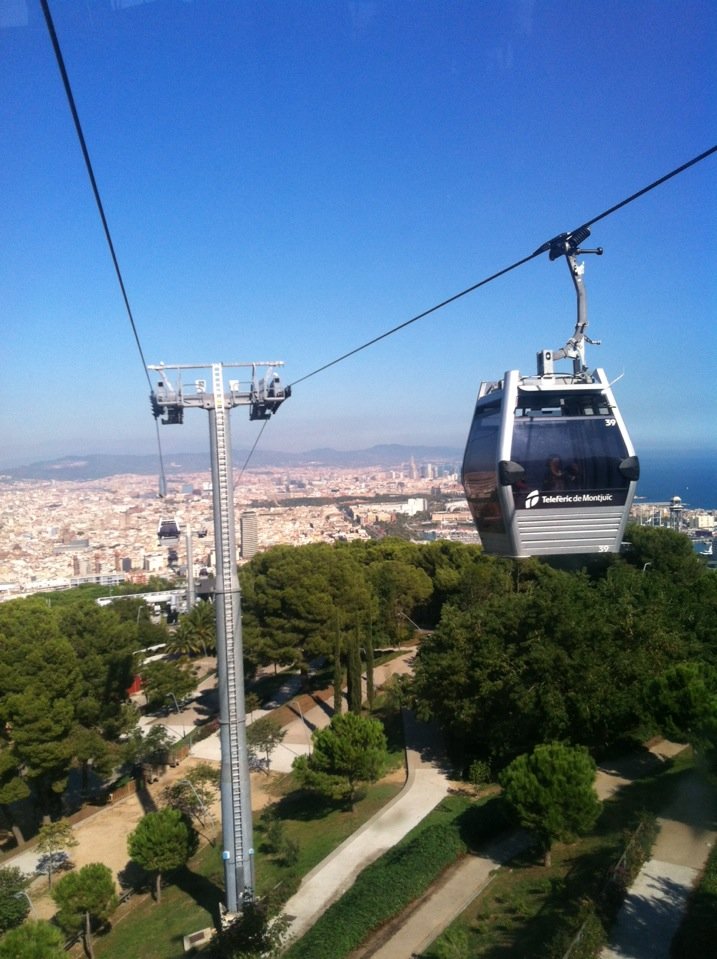 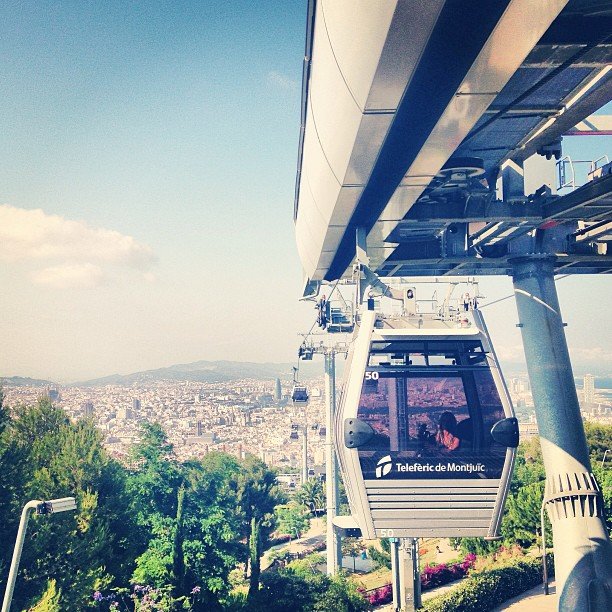 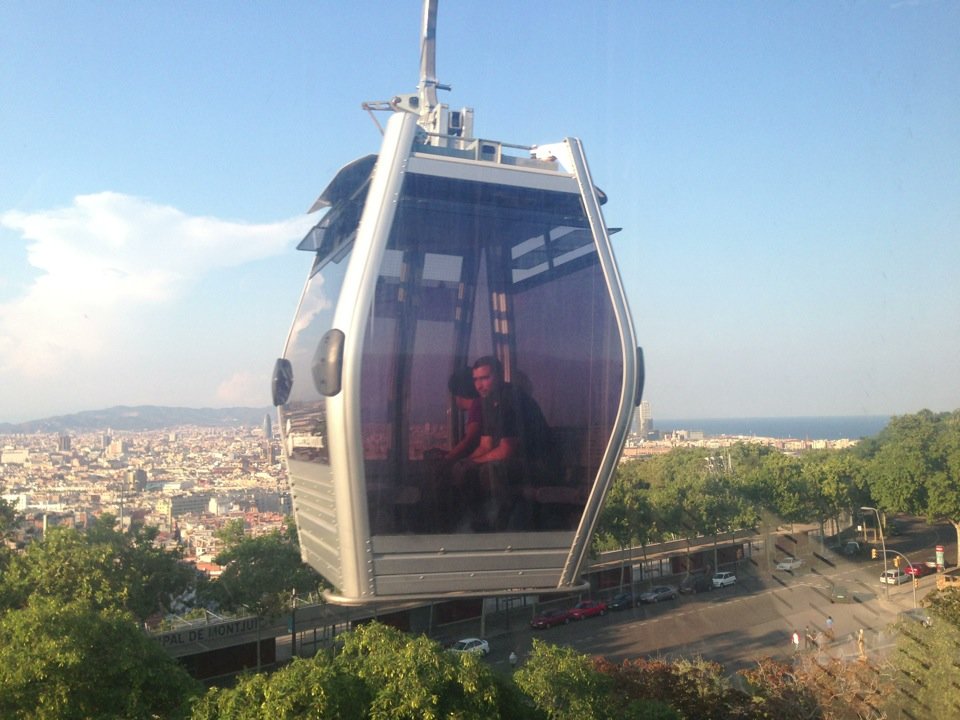 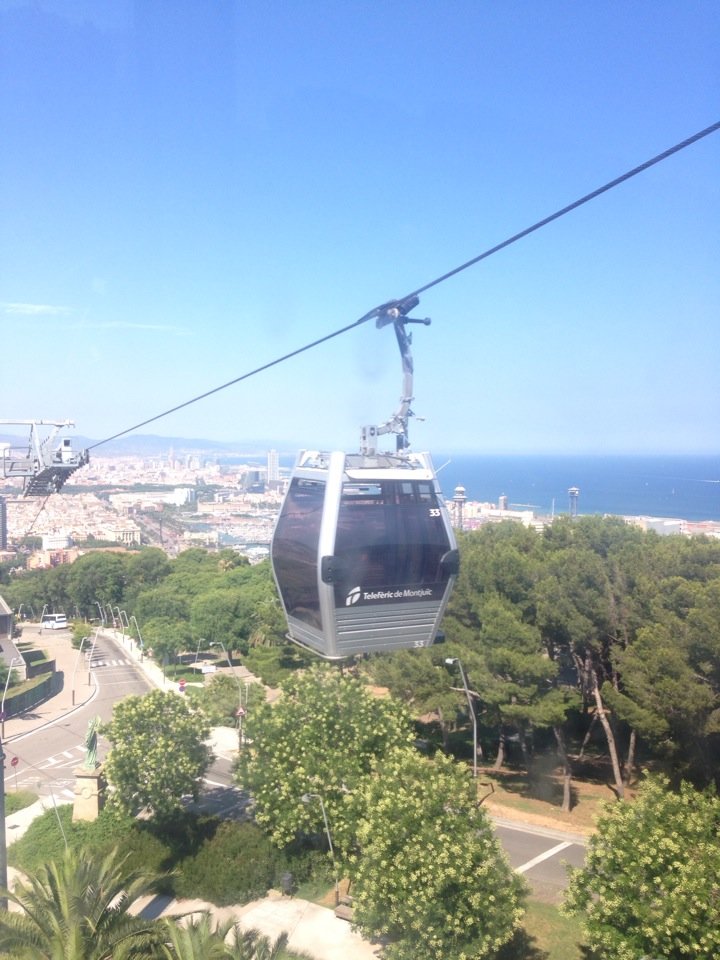 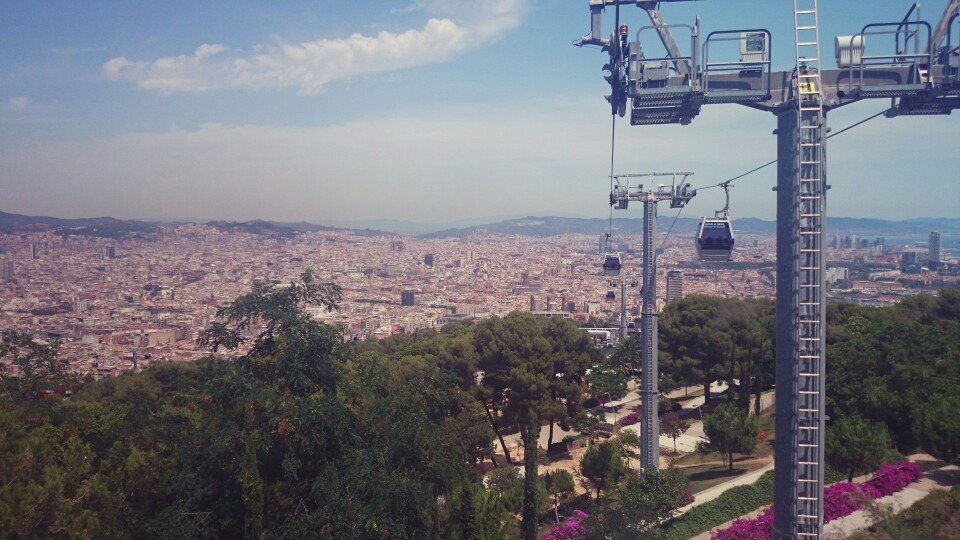 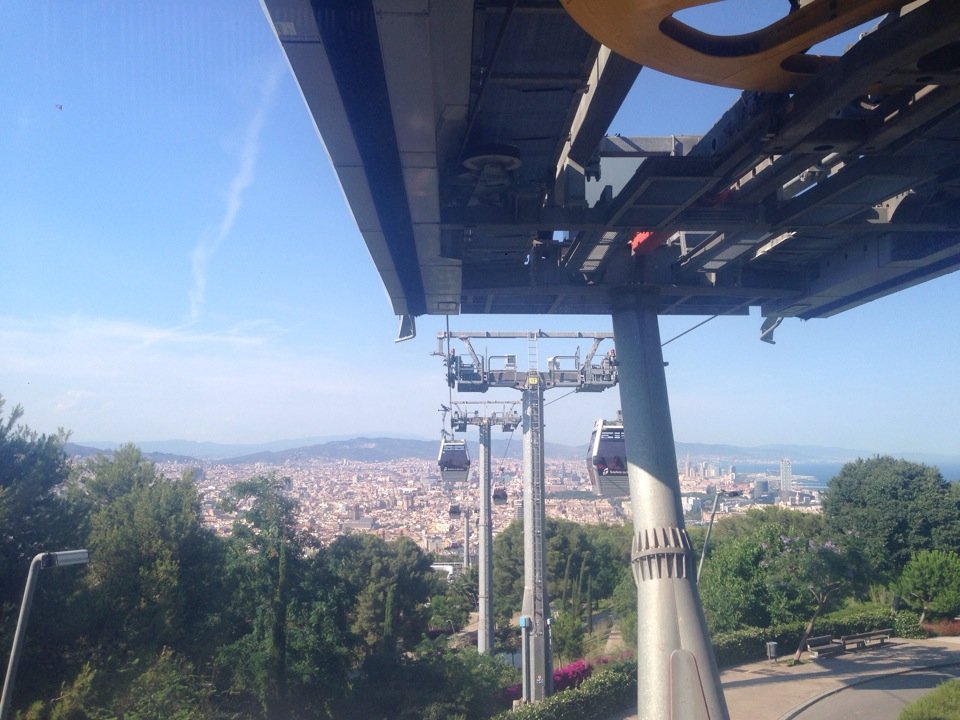 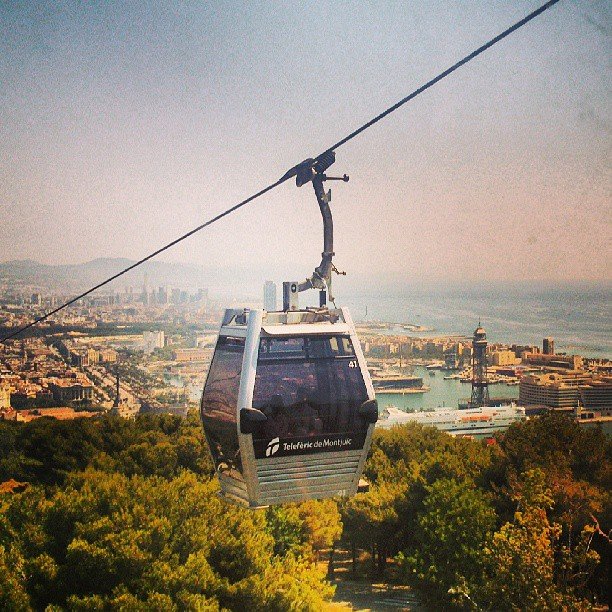 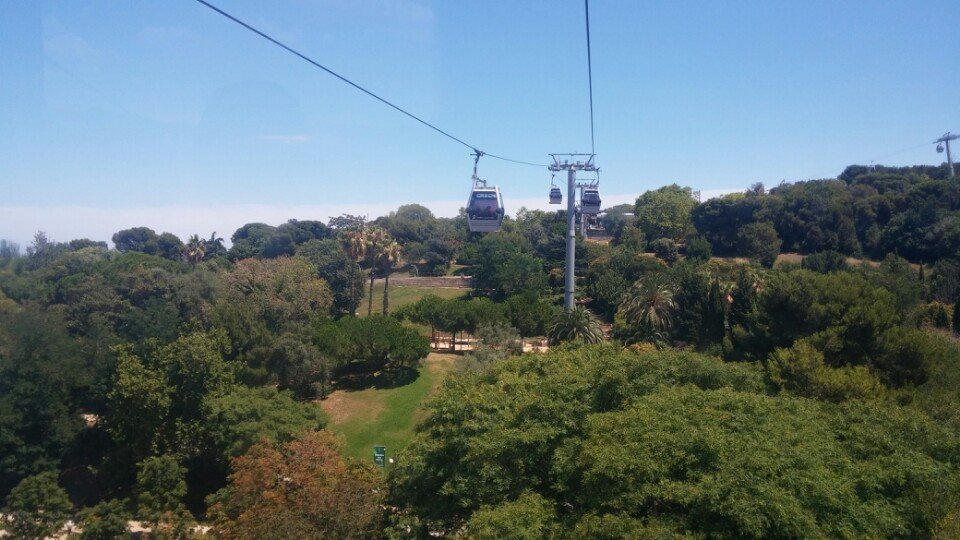 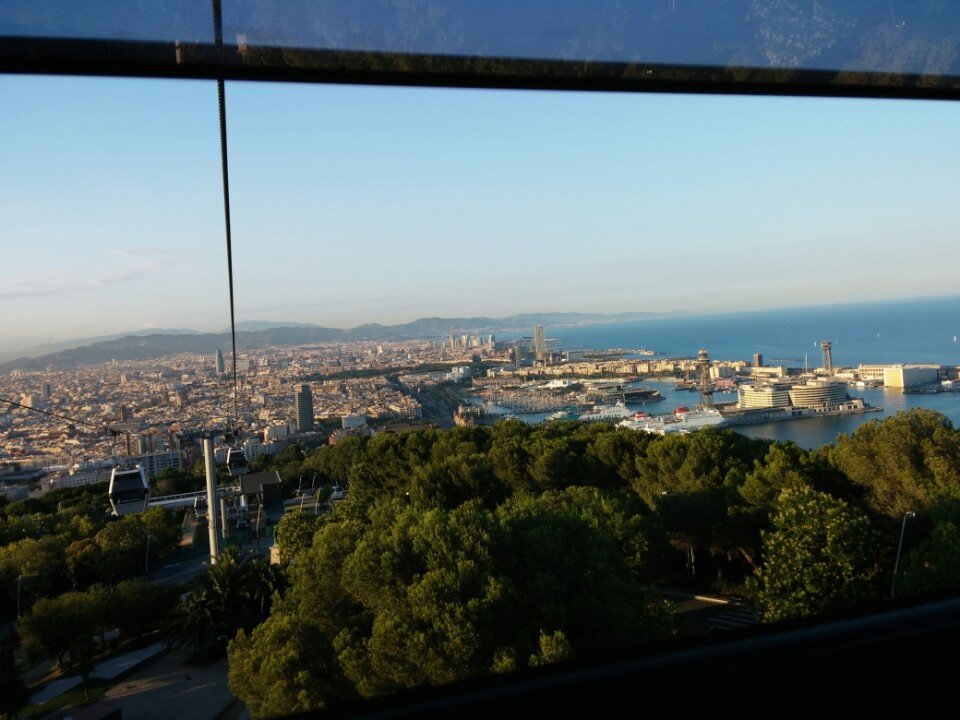