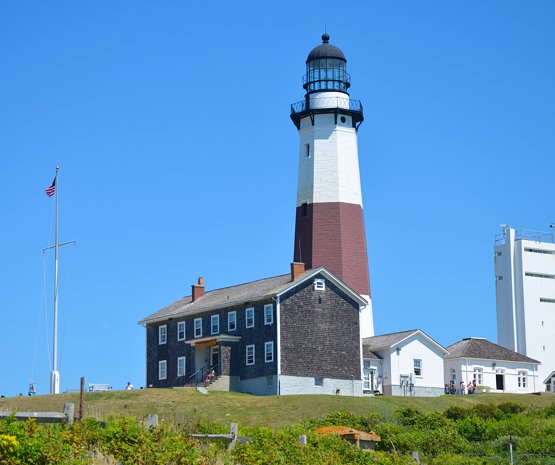 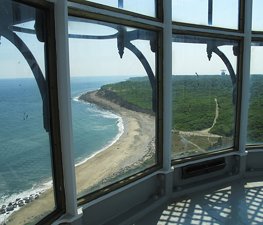 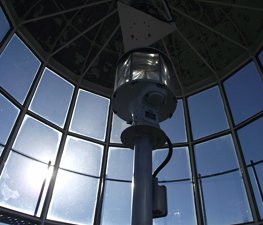 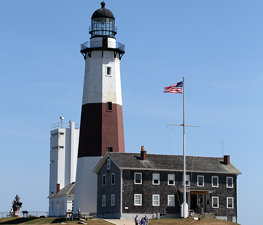 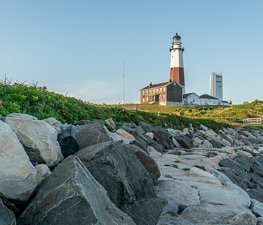 The Montauk Point Light is a lighthouse located adjacent to Montauk Point State Park, at the easternmost point of Long Island, in the hamlet of Montauk in the Town of East Hampton in Suffolk County, New York. The lighthouse was the first to be built within the state of New York, and was the first public works project of the new United States. It is the fourth oldest active lighthouse in the United States. Long Island listed on the National Register of Historic Places, in 2012, it was designated as a National Historic Landmark for its significance to New York and international shipping in the early Federal period.

The lighthouse, which is located on Turtle Hill at the easternmost tip of Long Island, at 2000 Montauk Highway, is a privately run museum, and is not part of Montauk Point State Park. Entry to the lighthouse costs $10.00 for an adult, $8.00 for seniors and $5.00 per child.

Montauk Light was the first lighthouse in New York State, and is the fourth-oldest active lighthouse in the United States. The tower is 110'6" high. The current light, installed in July 2001, equivalent to approximately 290,000 candle power, flashes every 5 seconds and can be seen a distance of 19 nautical miles (35 km).

Construction on the lighthouse was authorized by the Second United States Congress, under President George Washington on April 12, 1792. Ezra L'Hommedieu, a prominent lawyer, member of the Continental Congress, and a man with scientific interests, consulted with Washington on its construction. He represented the New York City Chamber of Commerce on discussions related to the lighthouse. He made the case that New York City "was first among American ports in the volume of its foreign commerce. By 1797, the harbor was handling a third of the nation's trade with other countries." Due to prevailing winds in winter, shippers approaching from sea needed a lighthouse at the end of Long Island to guide them along the south side into New York harbor.

L'Hommedieu chose the site for the lighthouse and designed it. The project began on June 7, 1796, and was completed on November 5, 1796, the first public works project of the new United States of America. Sometime in early April 1797, keeper Jacob Hand lit the wicks in the lamps in the tower, and the lighthouse began operation. It continued under civilian keepers until World War II, when the US Army took it over.

In 1860 the lighthouse station underwent a massive renovation when two new levels and a larger lantern were added. This increased the height of the tower from its original 80 feet (1796) to its current height of 110' 6". A first-order Fresnel lens—12 foot high, 6 feet in diameter, and weighing about 10,000 pounds—was installed in the new lantern; the current keeper's dwelling was constructed adjacent to the tower, and the original 1796 dwelling demolished. A steam-powered fog signal was installed in 1873, with a fog signal building in 1897. The tower was originally all white; its single brown stripe was added in 1899. A fourth-order fixed red range-light was added to the watch deck of the tower in 1903 to warn of Shagwong Reef, a navigational hazard about 31⁄2 miles northwest of the lighthouse. This light was severely damaged in the hurricane of September 21, 1938 and removed on July 1, 1940 when the lighthouse was electrified. The huge first-order Fresnel lens was replaced in 1903 with a 31⁄2 order bivalve Fresnel lens, which served until February 3, 1987, when it was replaced with an airport beacon with a strength of 2.5 million candela.

During World War II, the lighthouse was taken over by the U.S. Army as part of the Eastern Coastal Defense Shield. The last three civilian keepers—Thomas Buckridge, Jack Miller, and George Warrington—departed in the spring of 1943. Adjacent to the lighthouse, Camp Hero, opened by the Army in 1942, had two 16 inch gun batteries of two guns each, and a battery of two six-inch guns. The casemates, gun emplacements and concrete fire control towers (which are also at nearby Shadmoor State Park) are still visible.

The tower was built on Turtle Hill 300 feet (90 m) from the edge of the cliff; due to the cumulative effects of shoreline erosion, it is now 100 feet (30 m) away from the edge. After World War II, the United States Army Corps of Engineers built a seawall at its base, but the erosion continued. The Coast Guard considered tearing down the lighthouse in 1967 and replacing it with a steel tower further from the edge of the bluff. In the wake of protests over the announced dismantling of the tower, Congressman Michael Forbes proposed a bill to the United States Congress to hand over the Lighthouse to the Montauk Historical Society from the Public so it could be preserved; the bill was passed.

Giorgina Reid (1908–2001), a textile designer, had saved her Rocky Point, New York cottage from collapse by building a simple set of terraces in the gullies of the bluff. She proposed that solution to the Society at Montauk. Reid's concept, Reed-Trench Terracing, called for building the terrace platforms made of various beach debris, notably reeds; the practice (along with further strengthening of the rocks at the bluff toe) appeared to stem the erosion. She patented the process and published an article about it titled "How to Hold up a Bank". Greg Donohue, a Montauk landscaper, worked with Giorgina Reid at the Point and kept the project moving forward after she retired in 1986. With support from various sources, including the Montauk Historical Society and the State of New York, the Erosion Control Project of Montauk Point was successfully completed in 1998.[ – ]

However, the recurrence of the erosion threat in ensuing years has prompted further action: In November 2006, the United States Army Corps of Engineers' plan to build another seawall was opposed by a local surfing group, who contended that a seawall would ruin the nearby world-renowned surf break. They proposed moving the lighthouse back from the shore, as was done with the Cape Hatteras Lighthouse. Complicating such a move is the terrain, which would require the lighthouse to be moved down one hill and up another. Environmental groups have raised concerns that reducing the erosion at Montauk would increase erosion at other Long Island beaches, as there are always related effects to such infrastructure work.

On March 2, 2012 United States Secretary of the Interior Ken Salazar officially designated the lighthouse as a National Historic Landmark; it is the 14th site on Long Island and the 11th lighthouse in the country to be so recognized.

The United States Army Corps of Engineers announced on January 13, 2020 the award of a $30.7 million contract to H&L Contracting of Bayshore, New York, to restore and protect the lighthouse from shoreline erosion. Work is expected to start Spring 2020 and last approximately two years. The approximately 1,000 linear feet stone revetment work consists of removing and reusing existing five- and 10-ton armor stones, placement of new 10- and 15-ton armor stones, and providing slope stabilization with terracing and vegetation above the upper crest of the revetment. The total project is anticipated to cost $30.7 million. Costs are shared by the project’s sponsors. New York State Department of Environmental Conservation is committing $15.4 million in NY Works funding as the project’s non-federal sponsor. The local sponsor, the Montauk Historical Society, will maintain the site after construction is complete.

Pirate Captain Kidd was said to have buried treasure at the foot of the lighthouse site around 1699 at two ponds which today are called "Money Ponds."

Rebecca Balnis
Incredible to think this is where my grandfather patrolled the beaches on horseback during the Cold War. The lighthouse has evolved past its initial design, it now guides us through our very history.

Guri Venstad
Rather than paying the $9 entrance fee to go in to the lighthouse, walk down the trail to the left for free and enjoy the beautiful views of the lighthouse from the beach

Steve Coleman
The best part of this beautiful place is outside the lighthouse, not in. Walk down to the beach and up around the rocks. Stay away from the tick grass.

Chet Mancini
If you don't want to climb the lighthouse don't bother paying admission. You can walk around the fence along the rocks for free and get great views.

ToryBurch
Be sure to check out this incredible lighthouse and Museum. If you're not afraid of heights make the climb to the top for the best view in town.

Fort Mansfield was a coastal artillery installation located at the end

Hayground Windmill is an historic windmill at Windmill Lane in East

Hook Windmill, also known as Old Hook Mill, is a historic windmill on

The Pantigo Windmill on James Lane in Easthampton, New York is a smock

Joseph Conrad is a iron-hulled sailing ship, originally launched as

Charles W. Morgan was a U.S. whaleship during the 19th and early 20th

Fort Trumbull refers to a fort in New London, Connecticut and to a 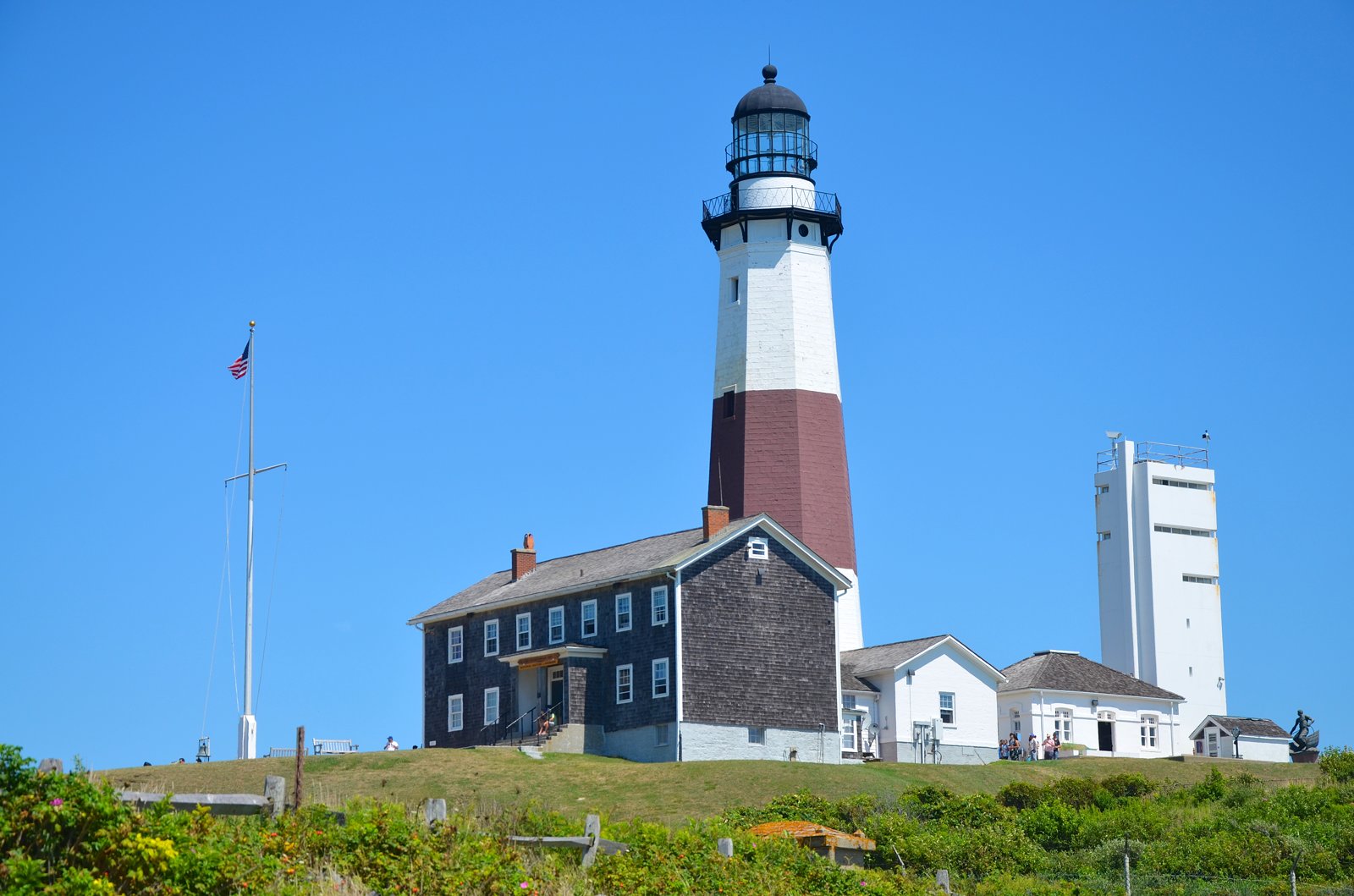 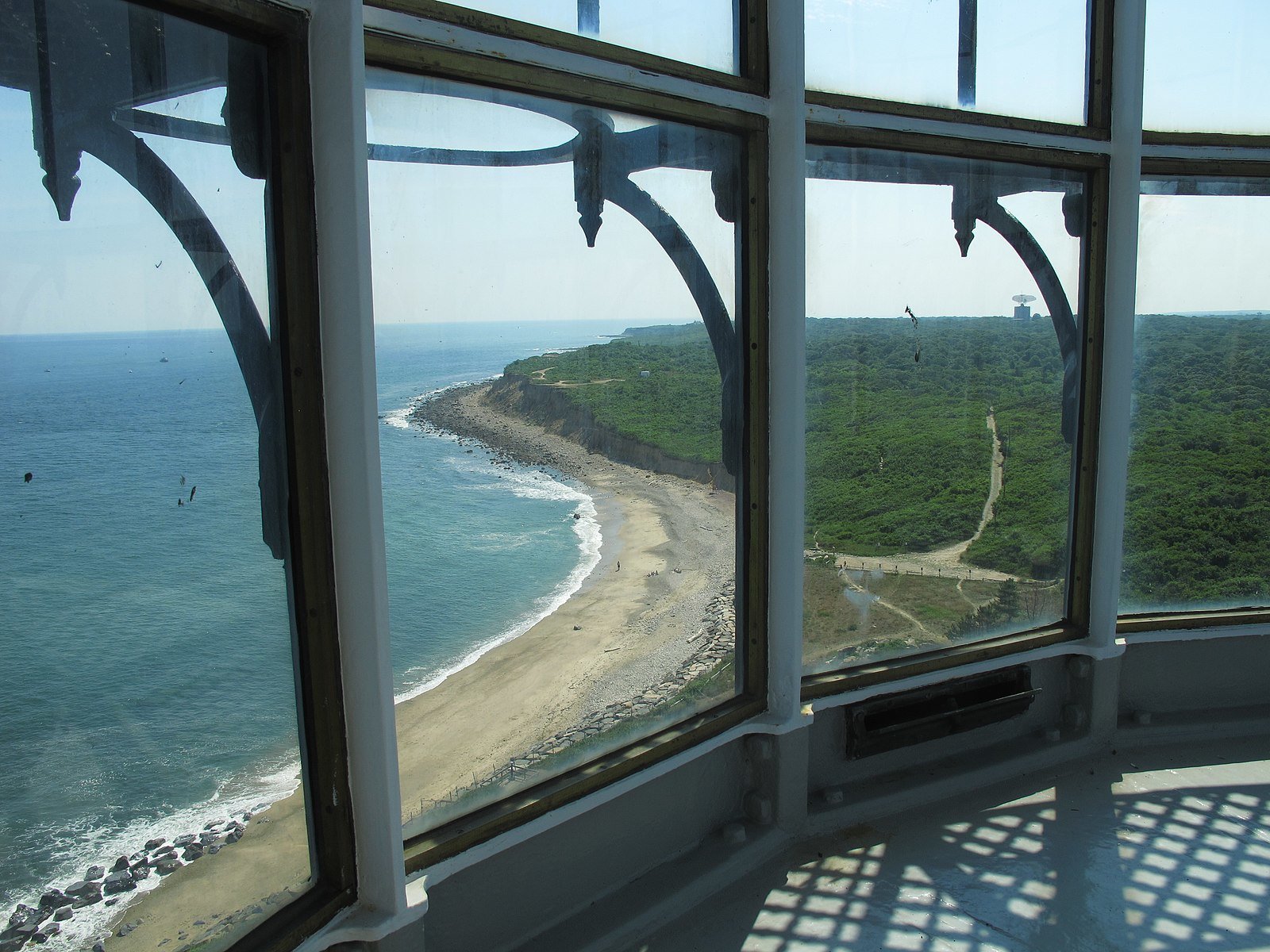 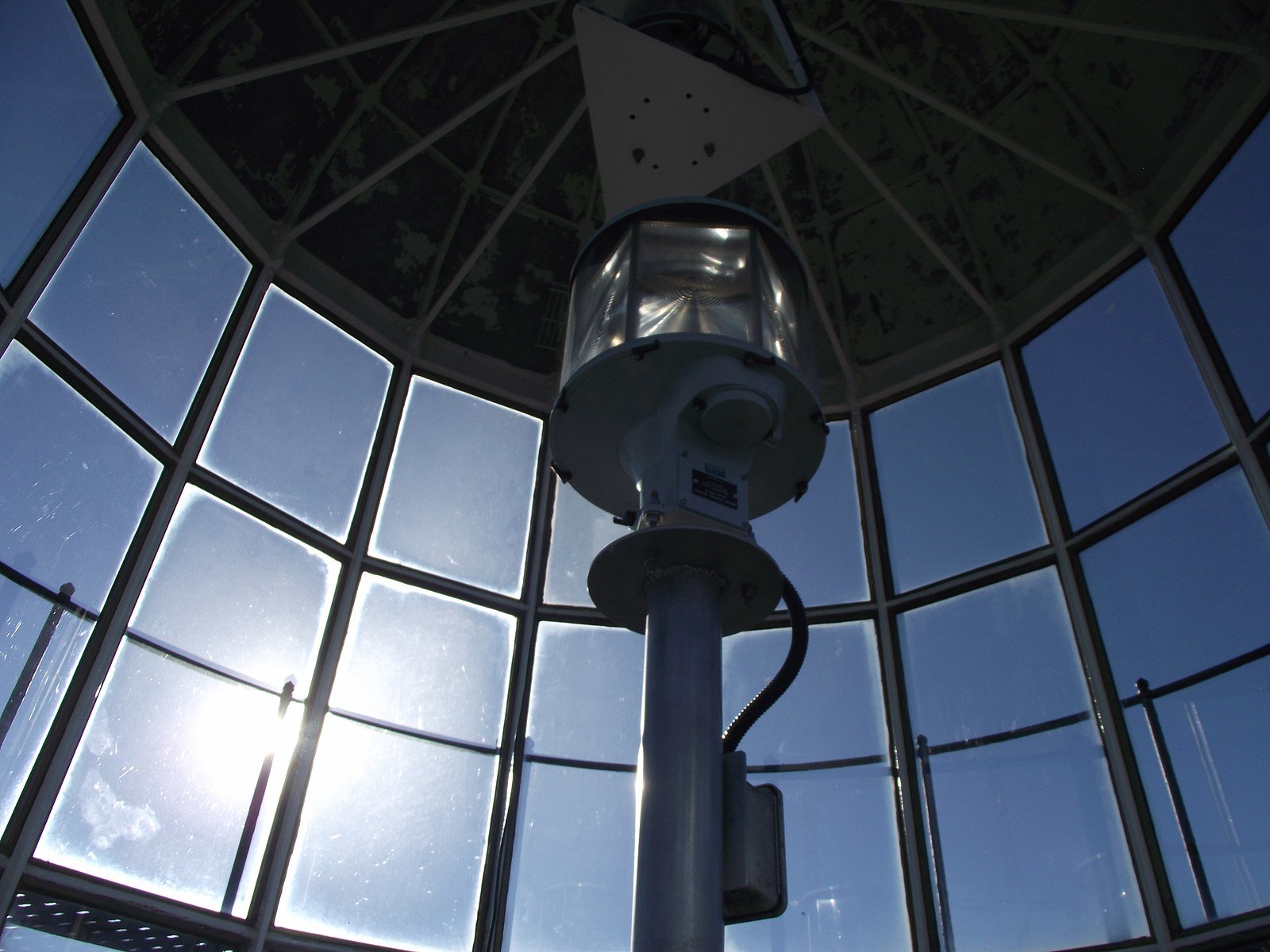 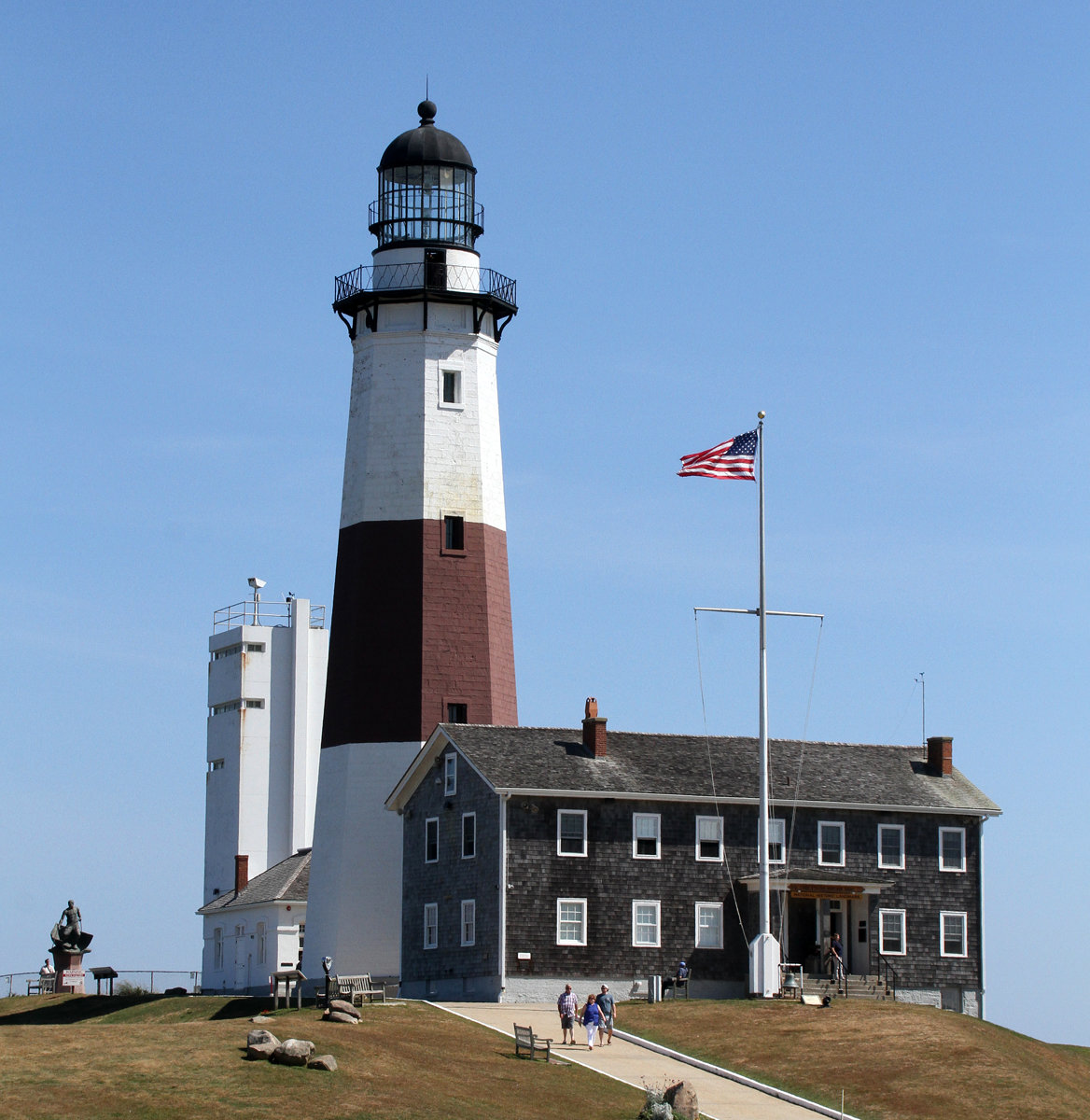 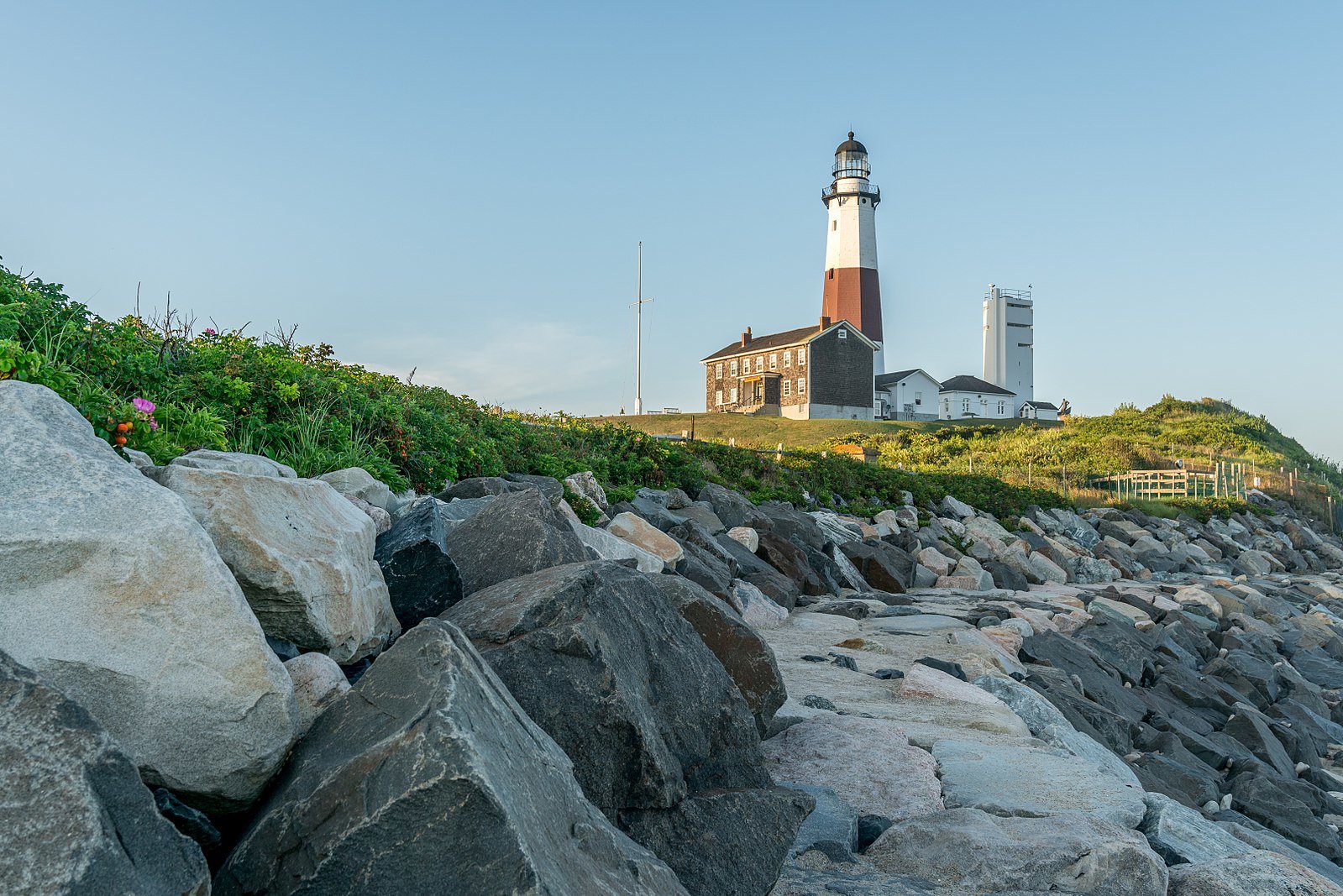 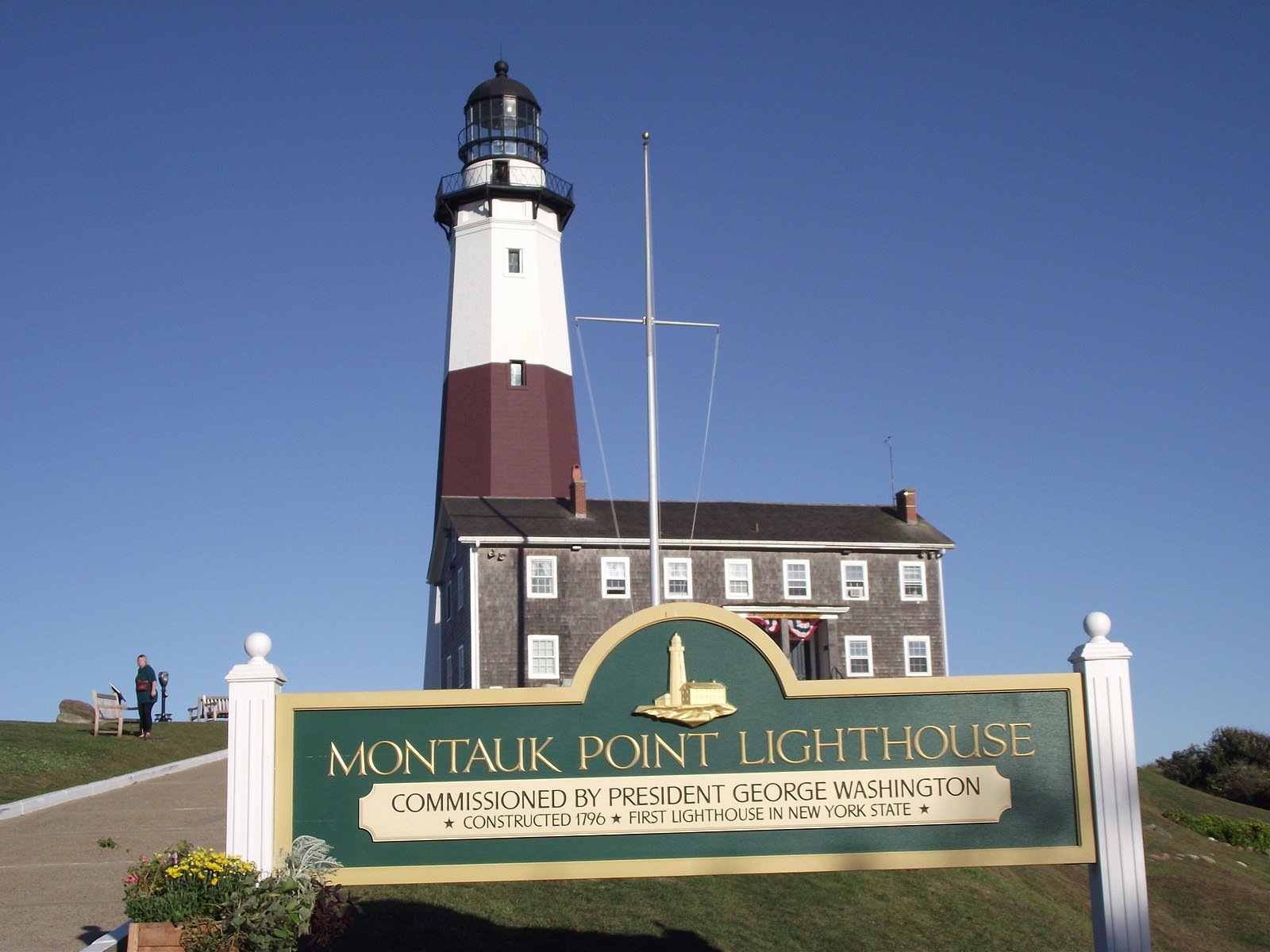 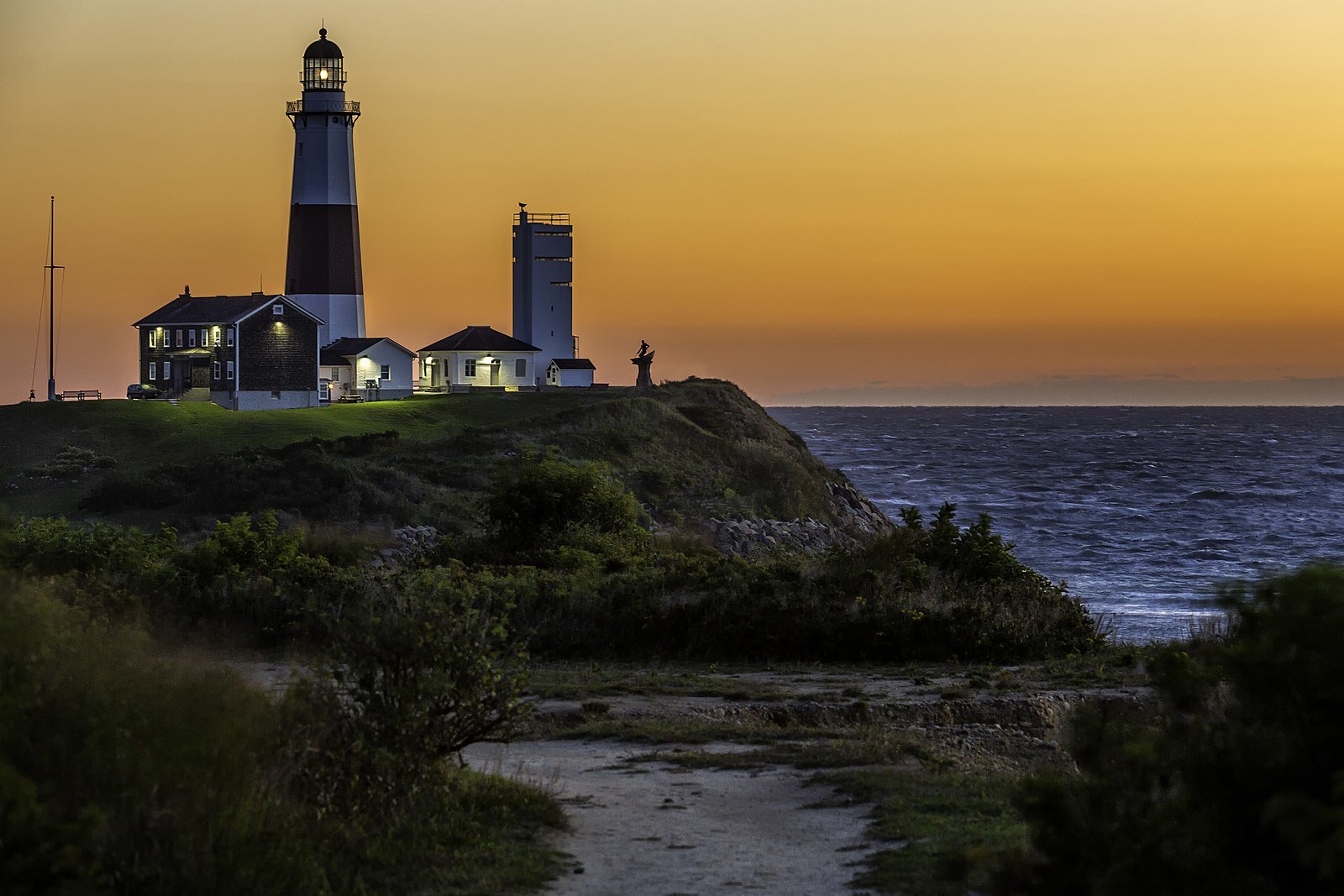 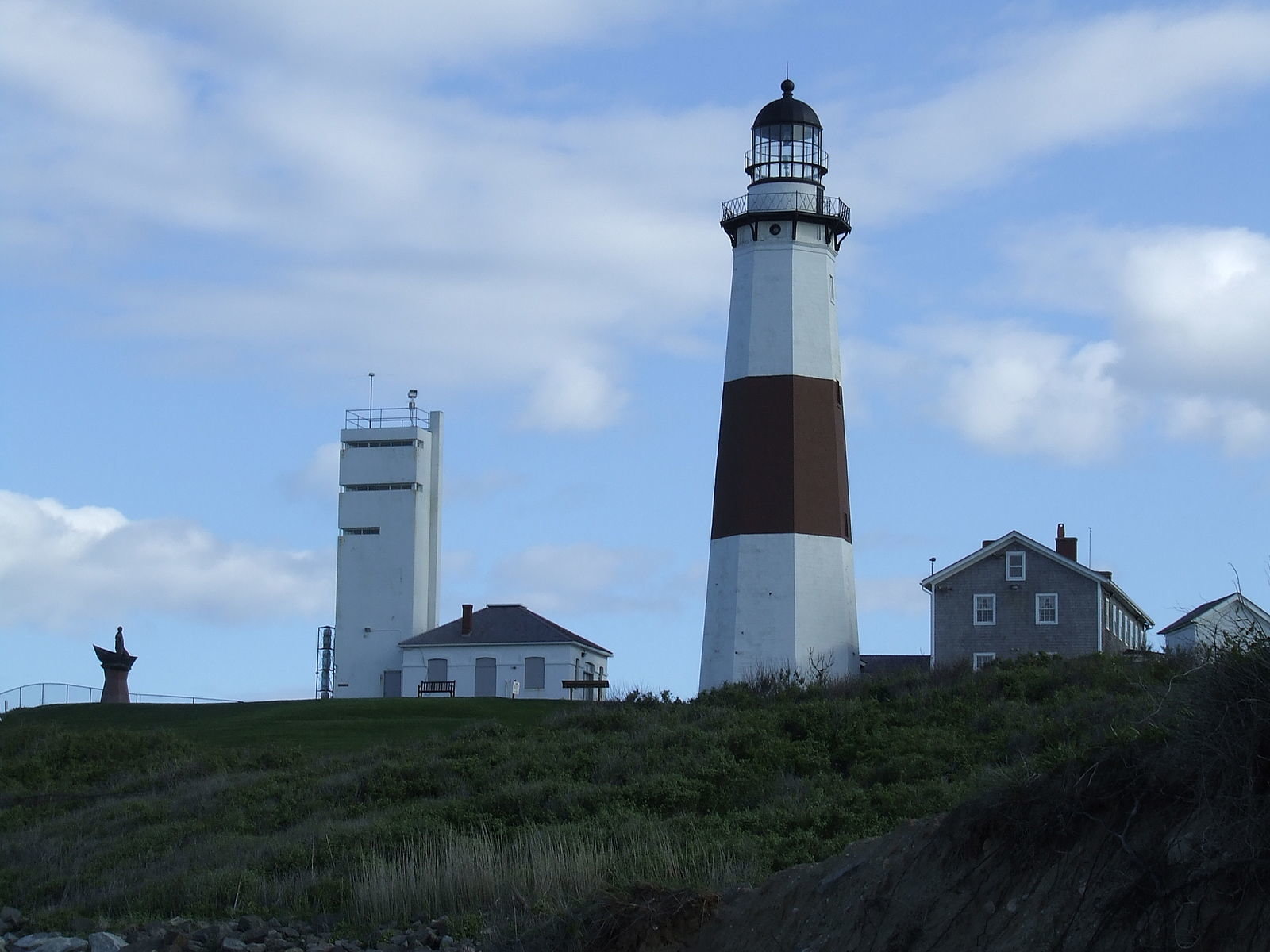 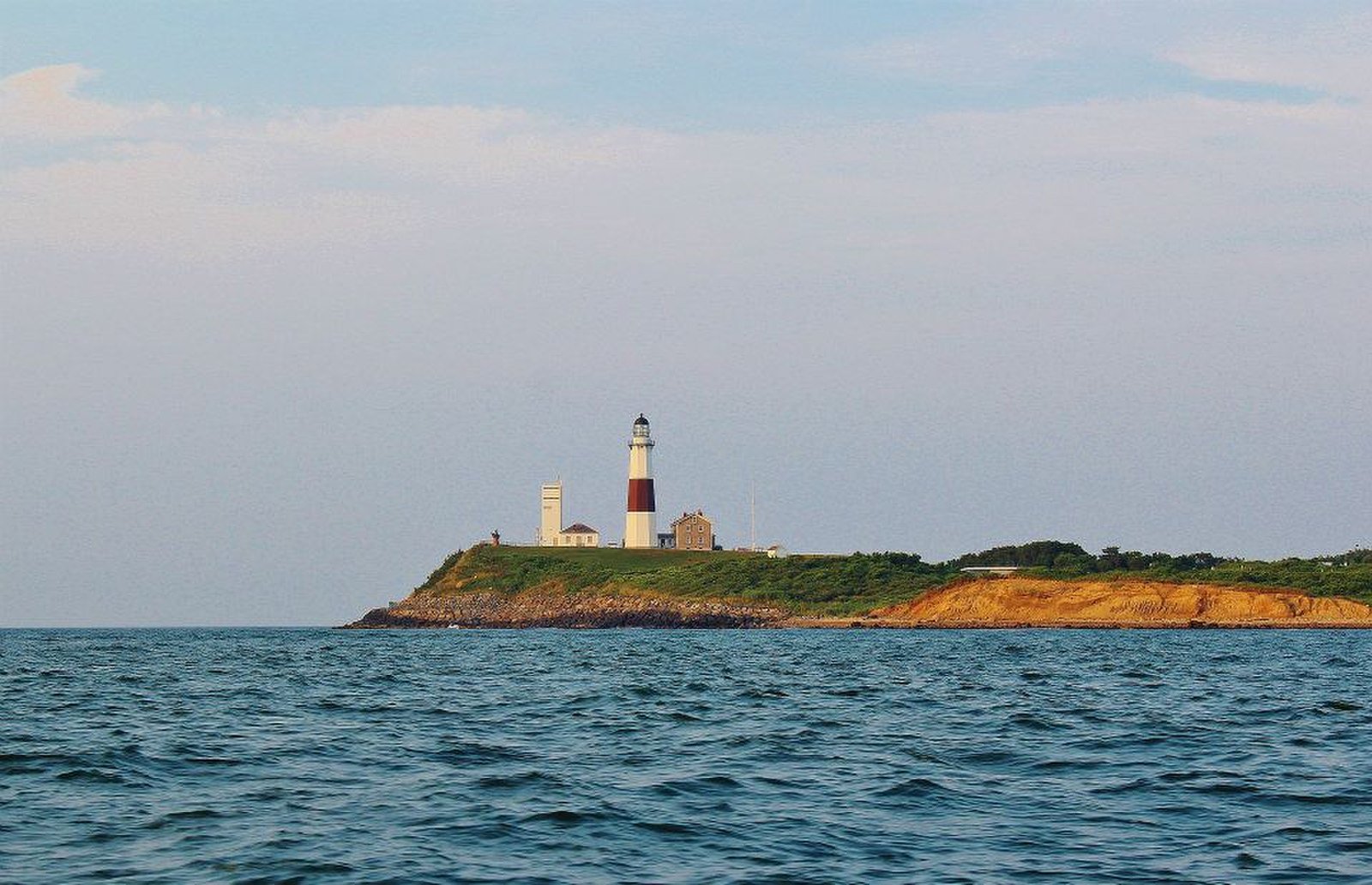 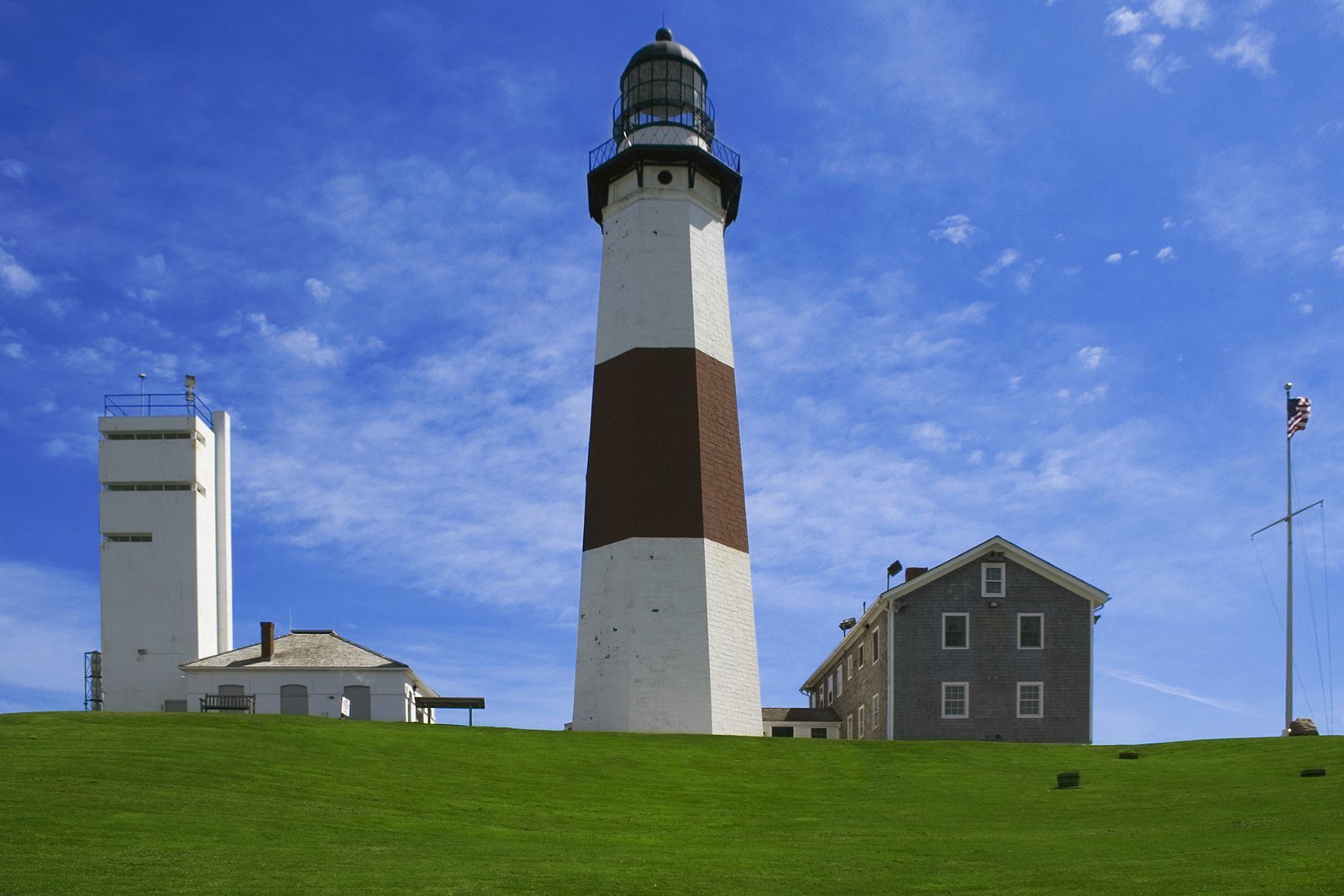 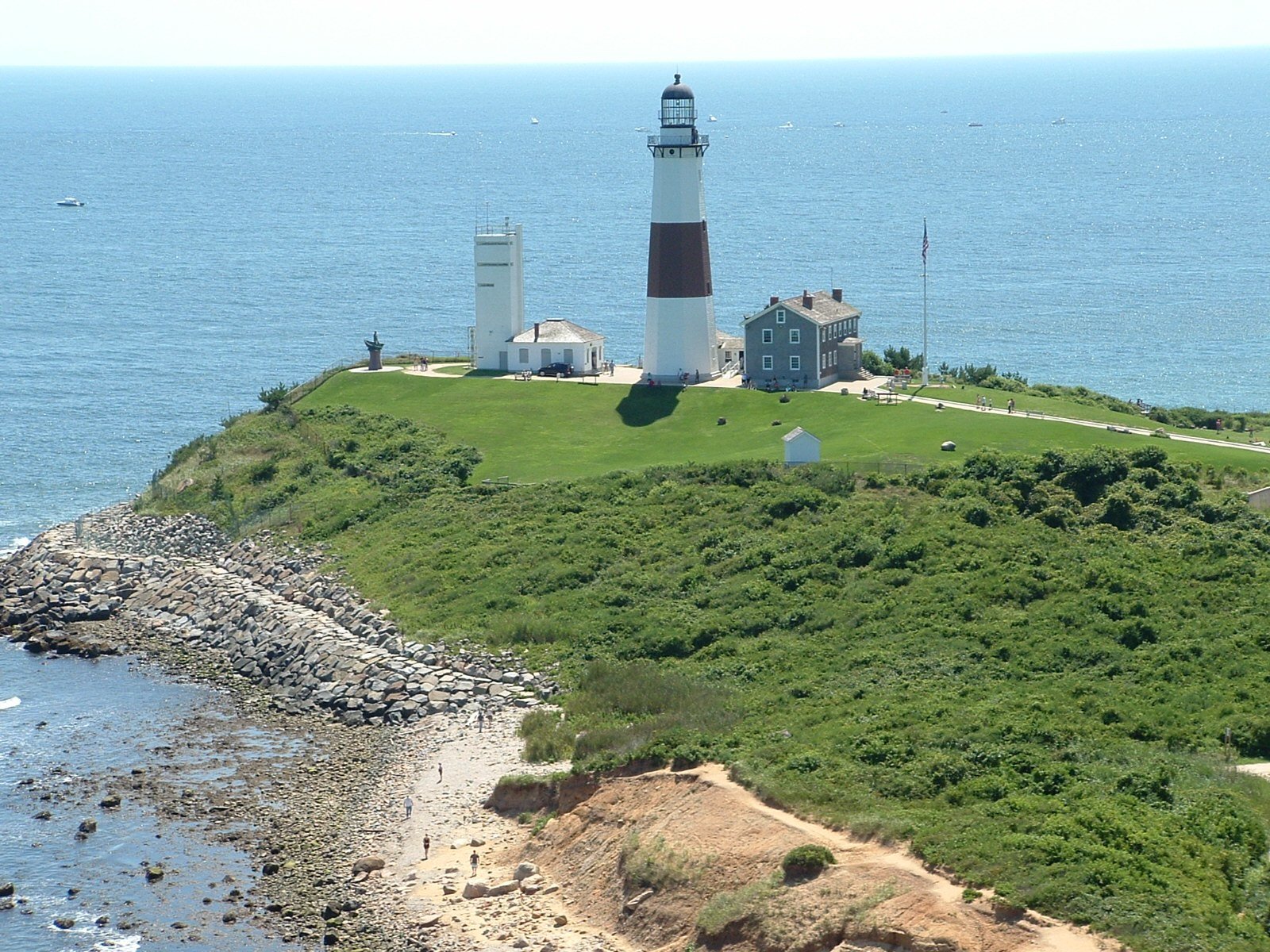 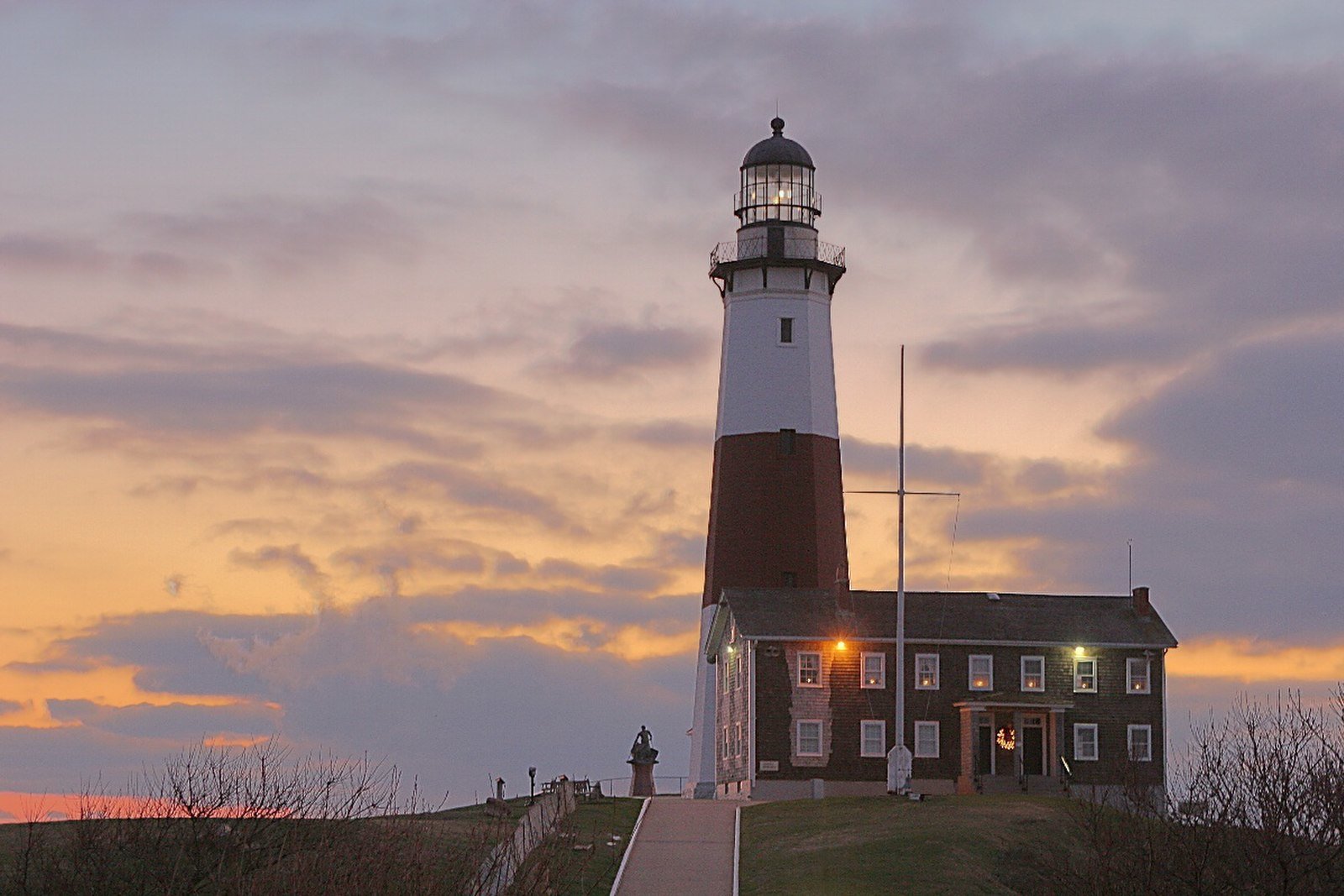 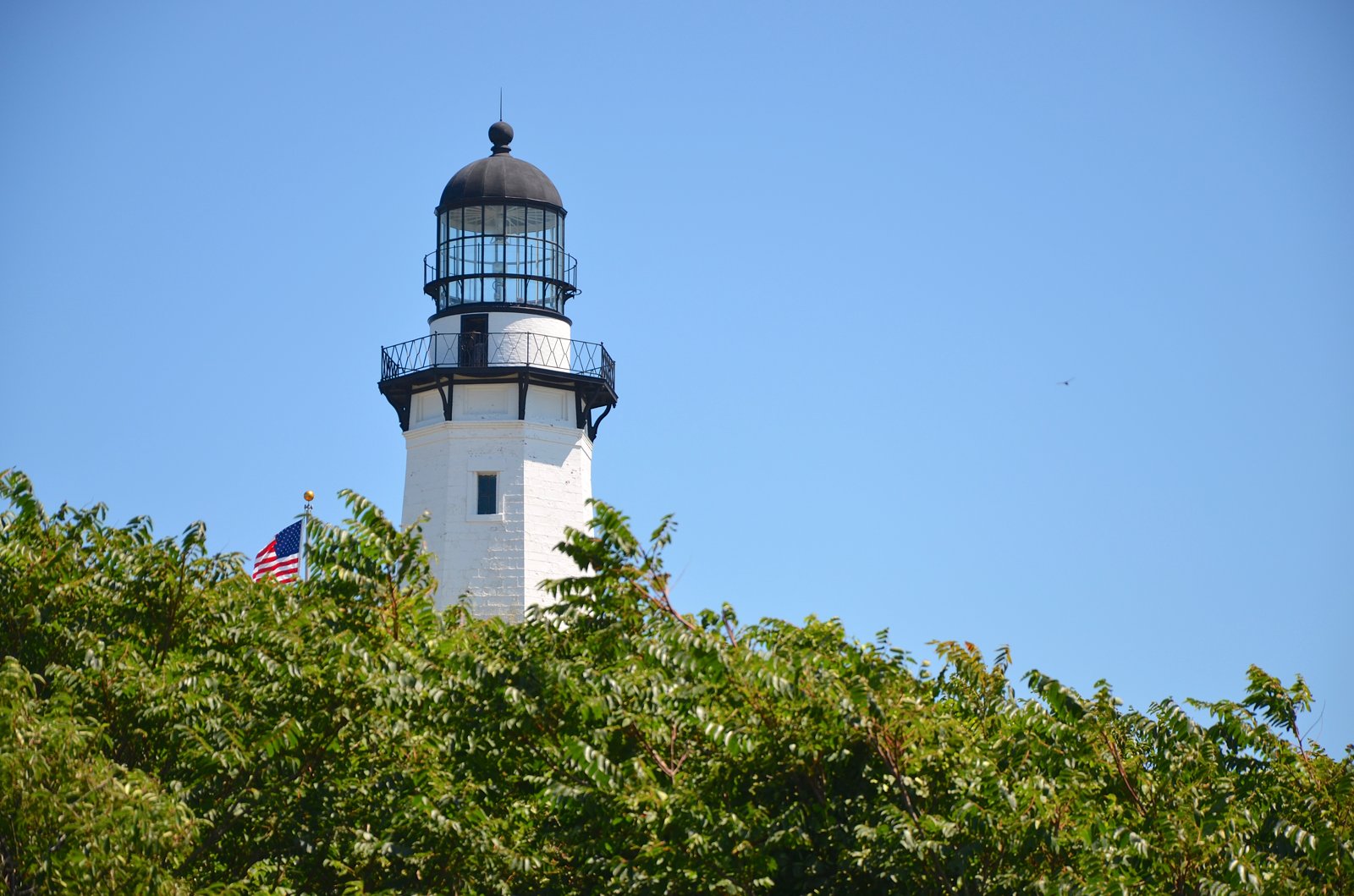 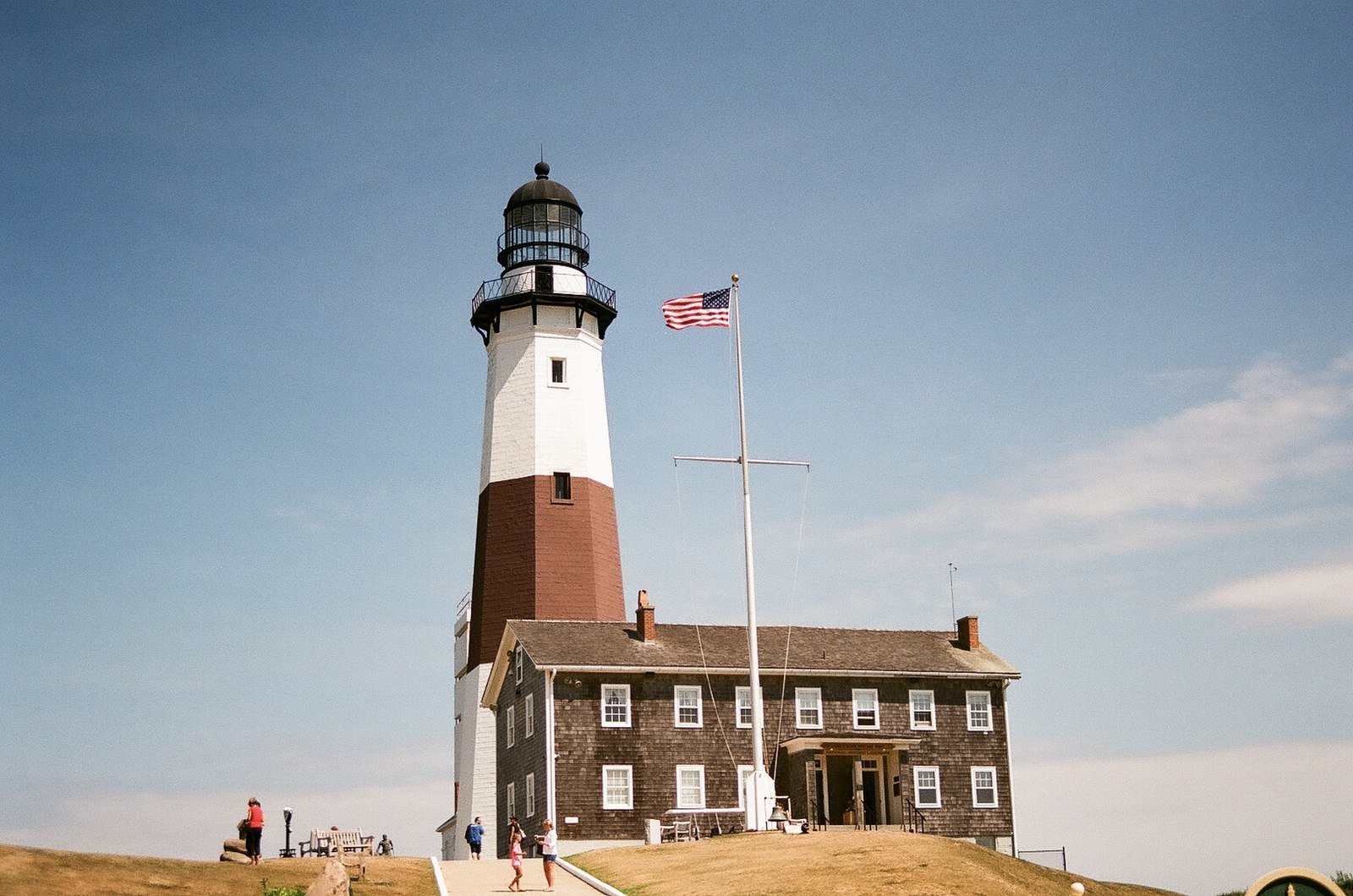 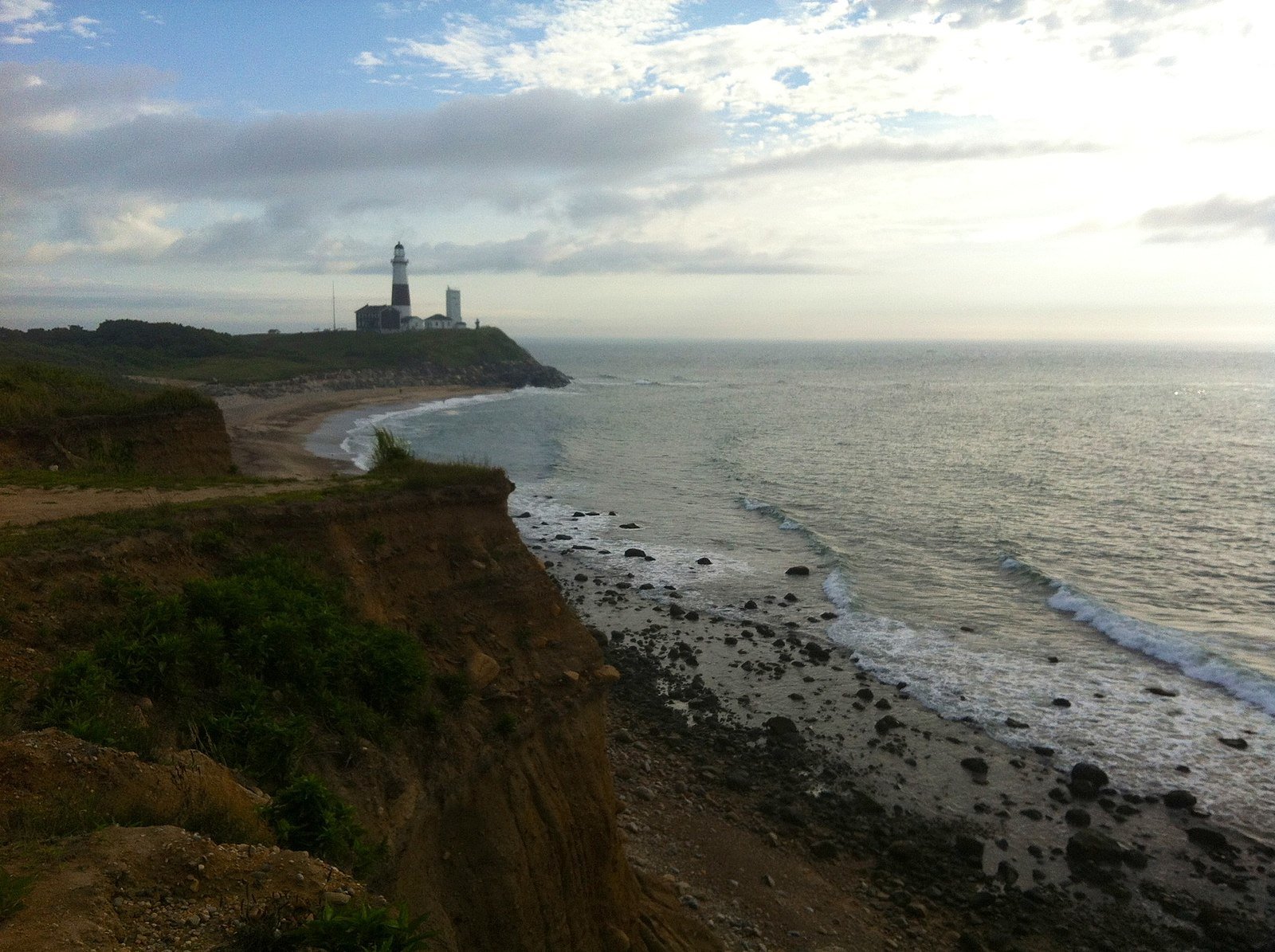 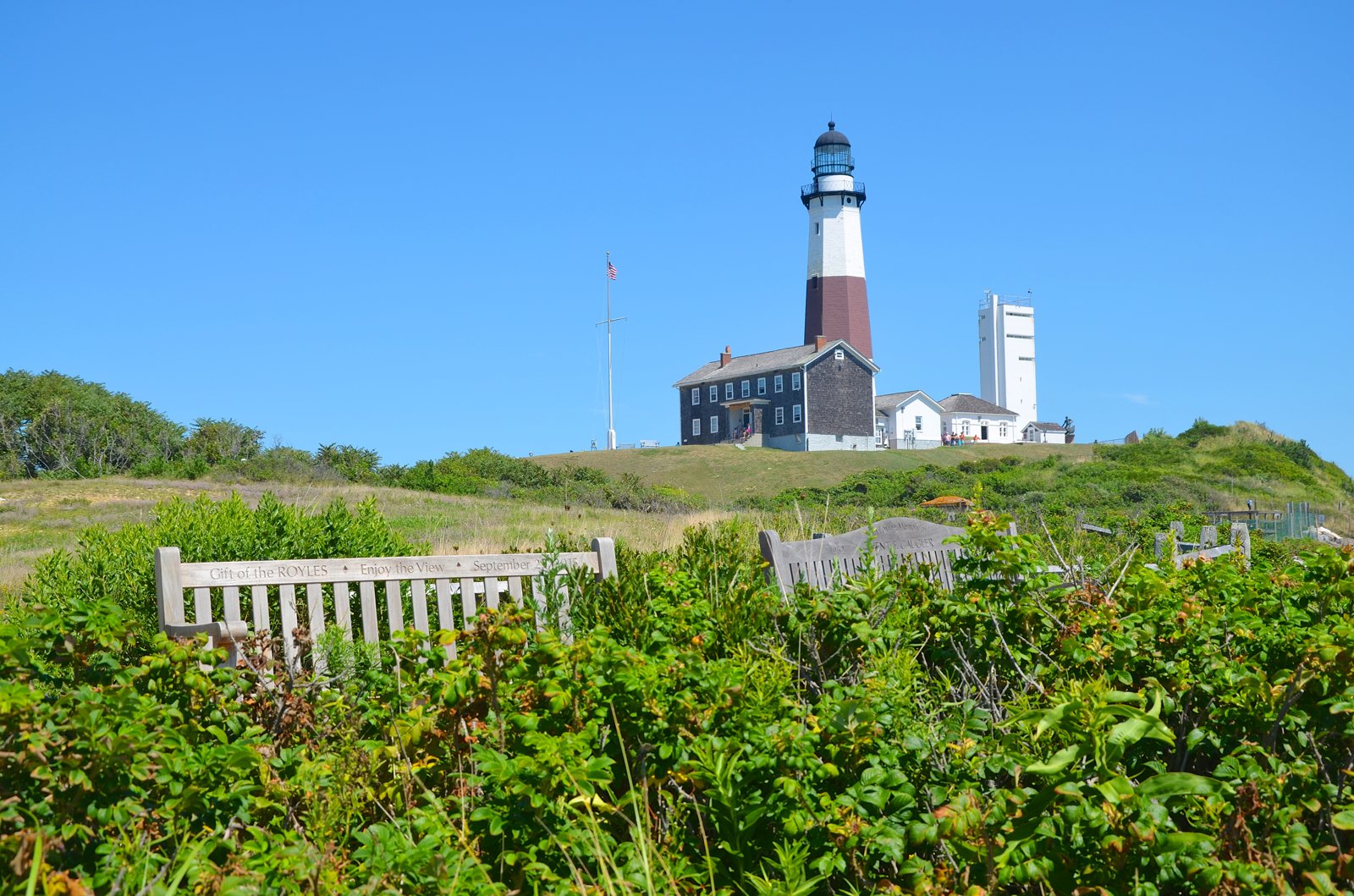 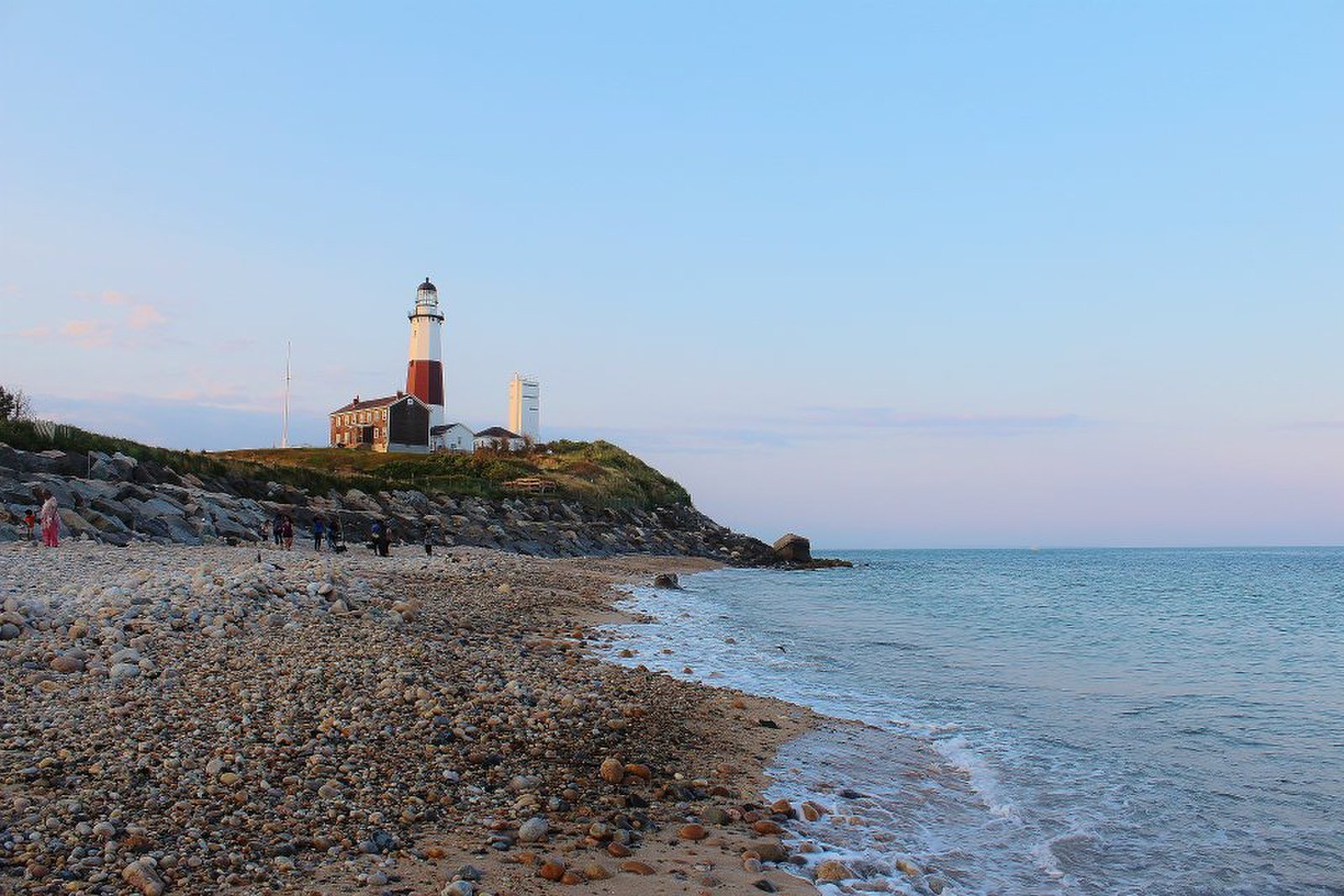 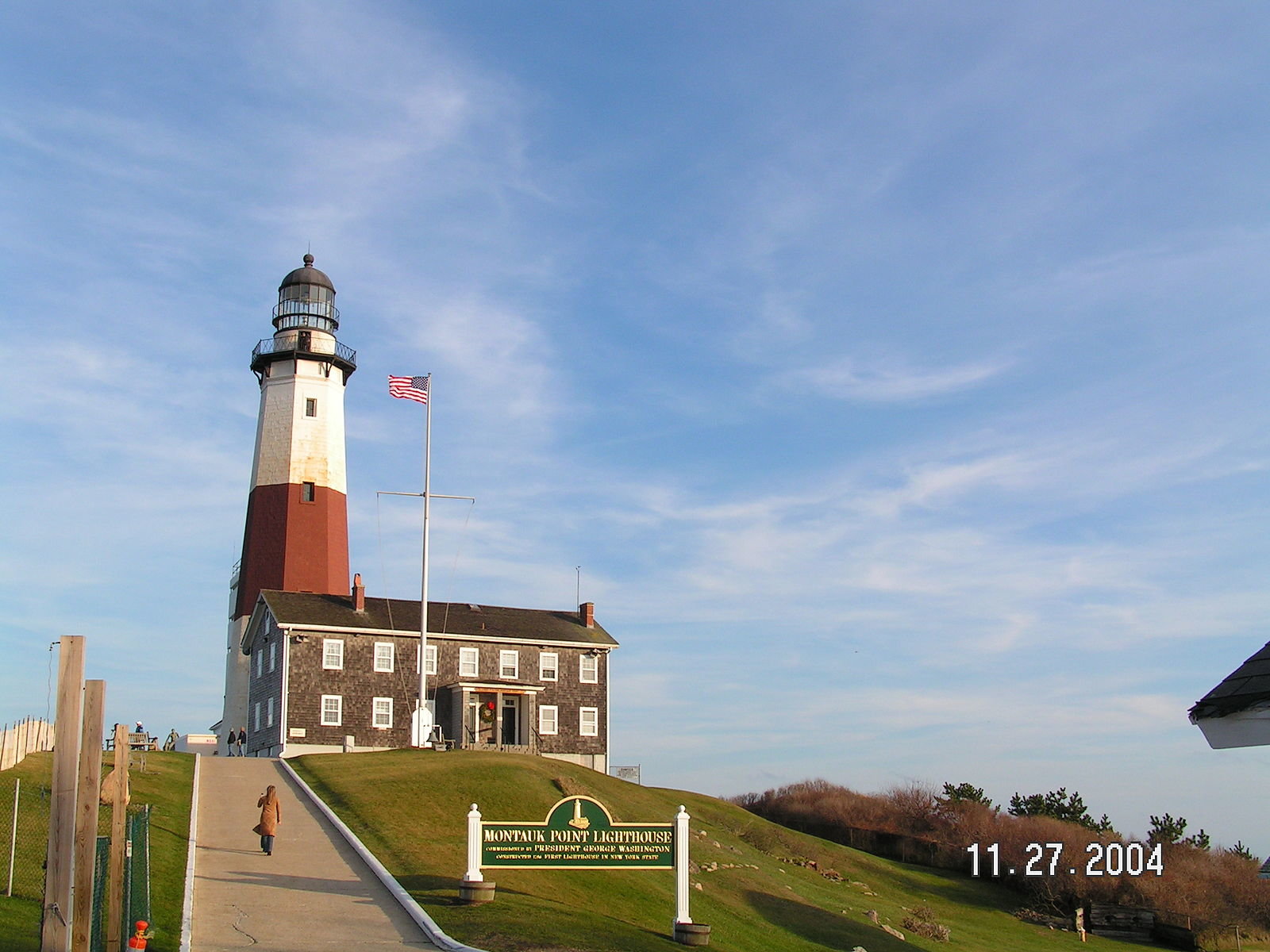 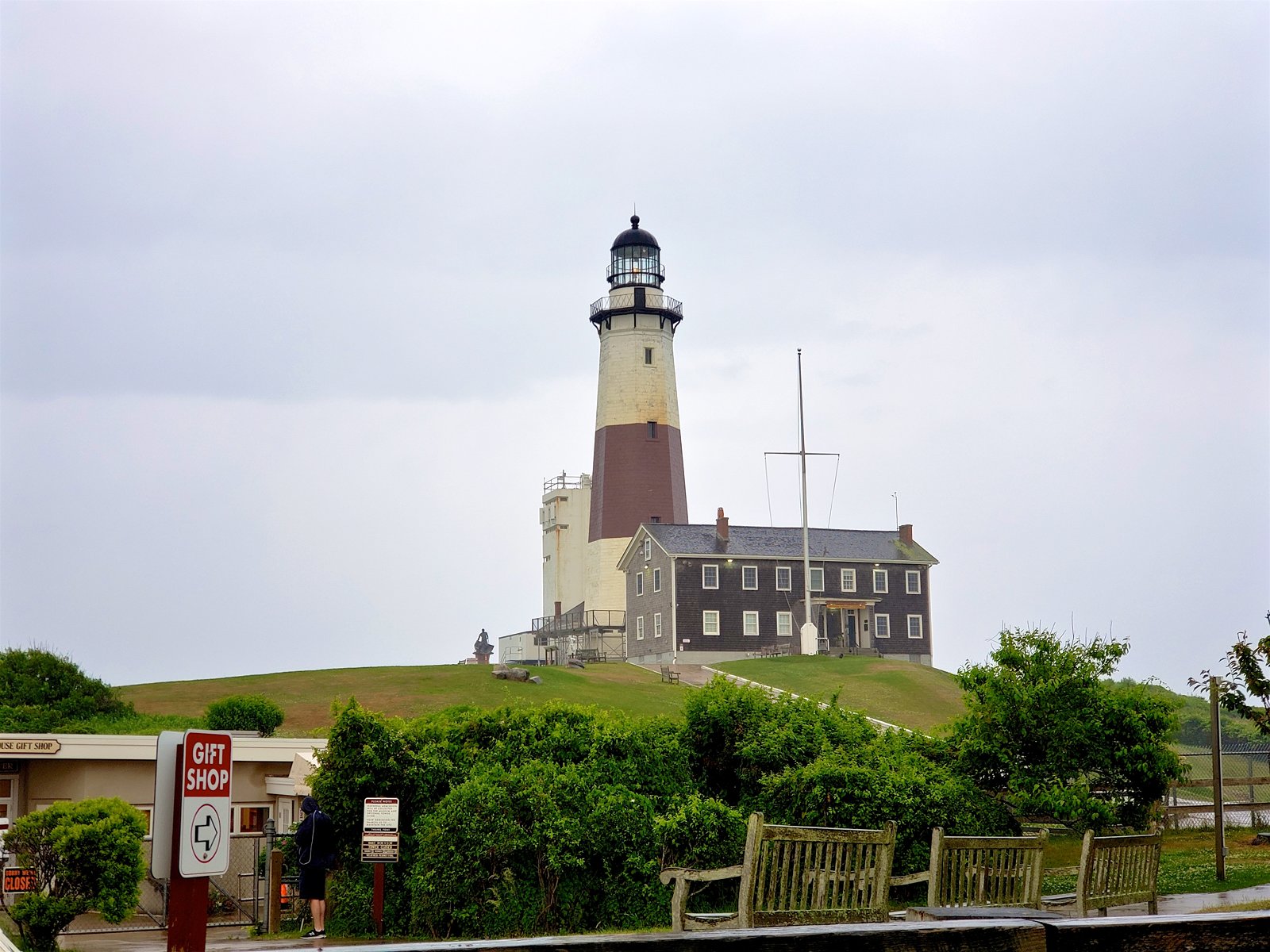 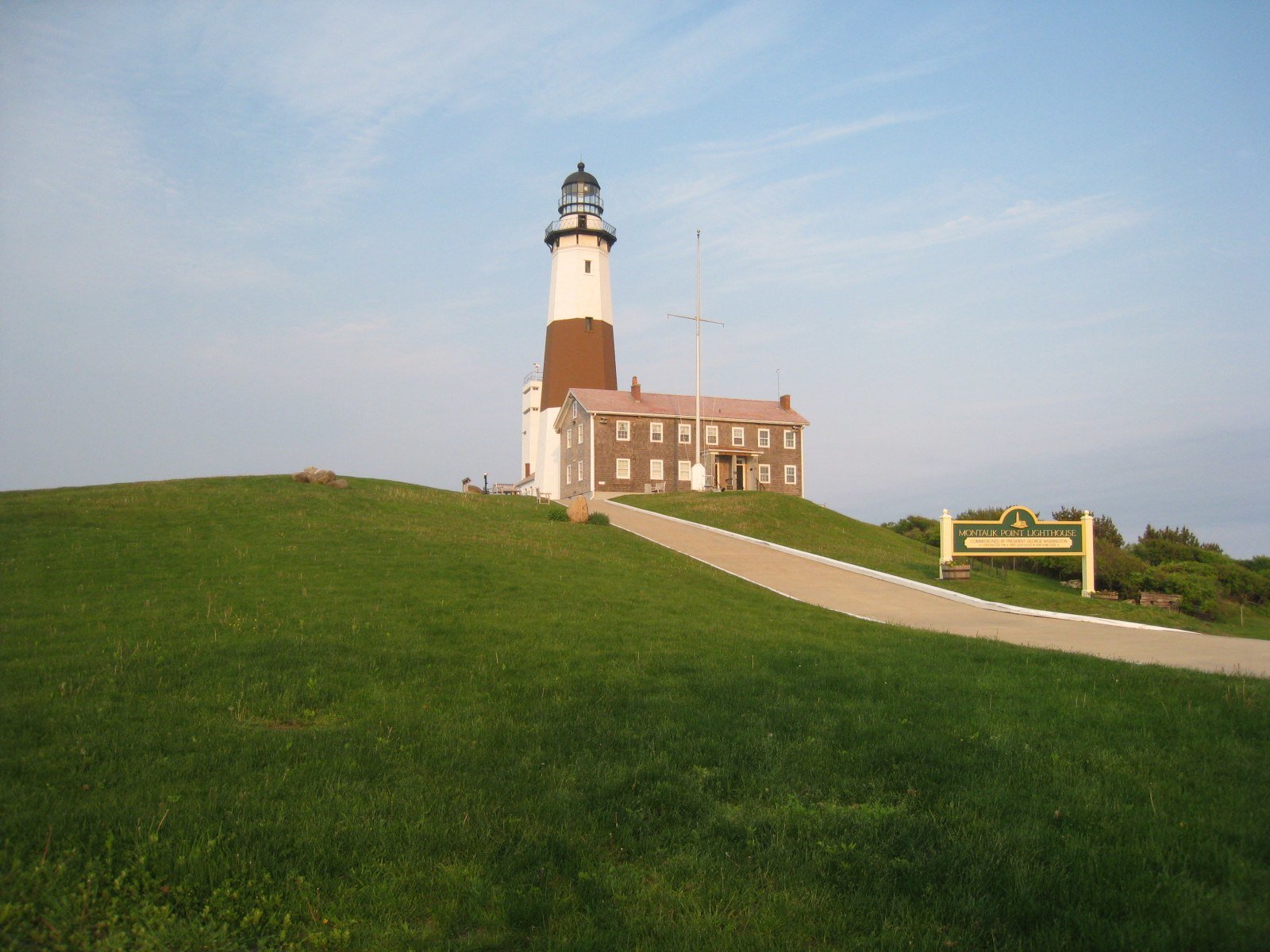 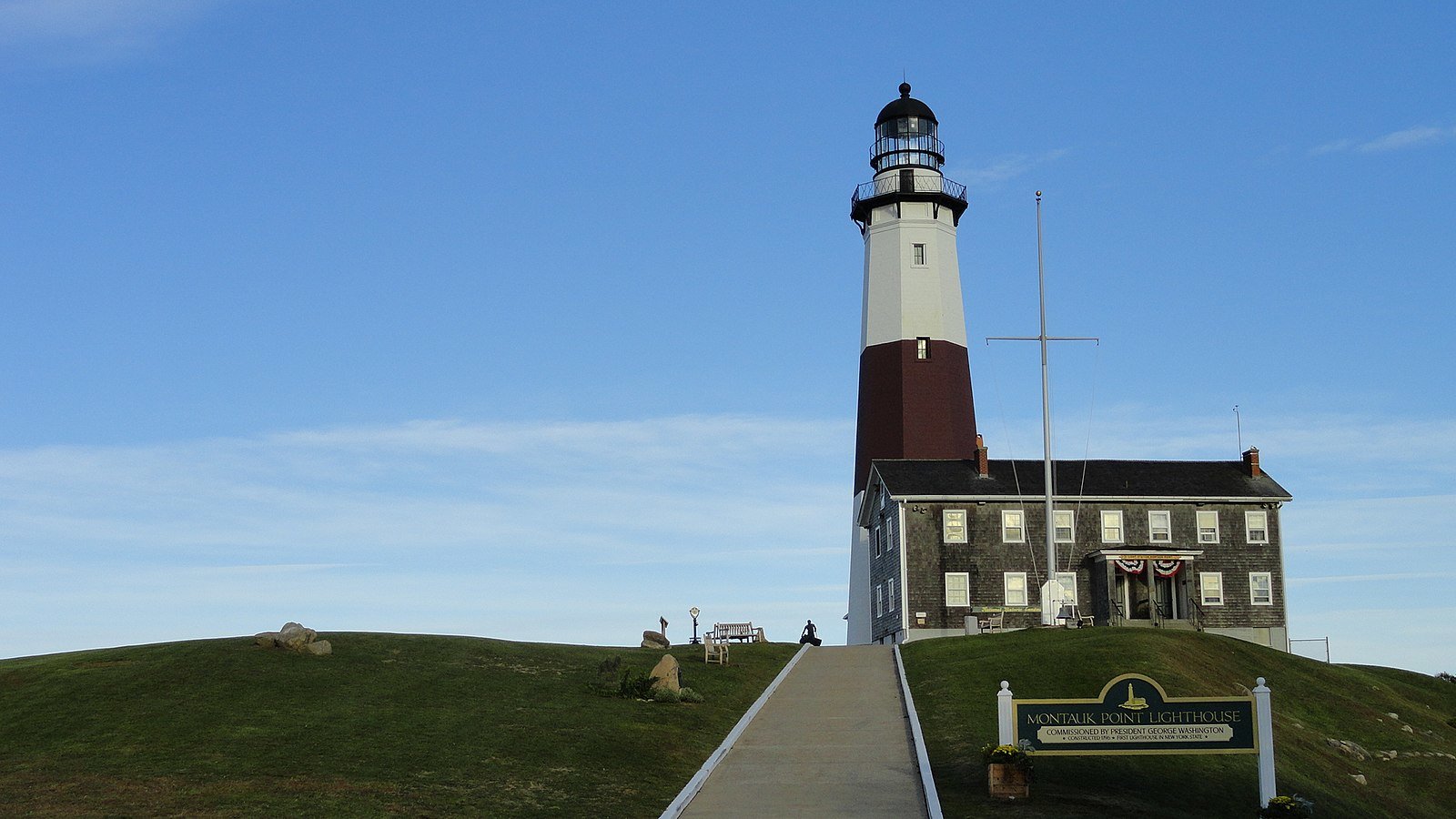