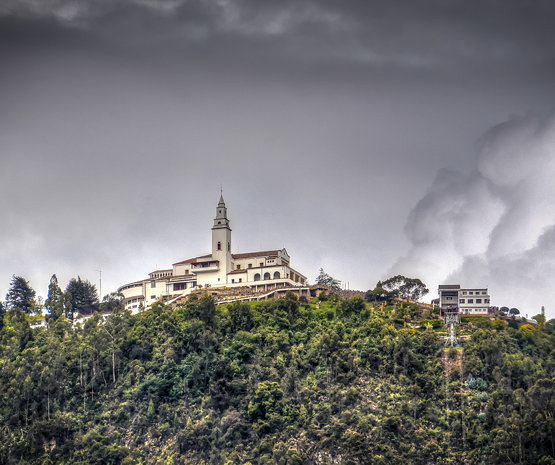 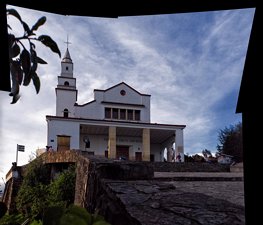 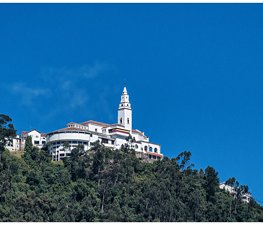 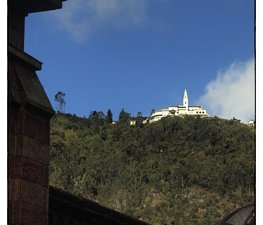 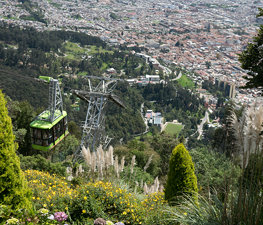 Monserrate (after Catalan homonym mountain Montserrat) is a hill that dominates the city center of Bogotá, the capital city of Colombia. It rises to 3,152 metres (10,341 ft) above the sea level, where there is a church (built in the 17th century) with a shrine, devoted to El Señor Caído ("The Fallen Lord").

The hill, already considered sacred in pre-Columbian times when the area was inhabited by the indigenous Muisca, is a pilgrim destination, as well as a major tourist attraction. In addition to the church, the summit contains restaurants, cafeteria, souvenir shops and many smaller tourist facilities. Monserrate can be accessed by aerial tramway, a funicular or by climbing, the preferred way of pilgrims. The climbing route, however, had been indefinitely closed due to drought, and the associated wildfires and landslides. It was reopened in 2017.

All downtown Bogotá, south Bogotá and some sections of the north of the city are visible facing west, making it a popular destination to watch the sunset over the city. Every year, Monserrate and its neighbour Guadalupe attract many tourists.

The history of Monserrate goes back to the pre-Columbian era. Before the Spanish conquest, the Bogotá savanna was inhabited by the Muisca, who were organised in their loose Muisca Confederation. The indigenous people, who had a thorough understanding of astronomy, called Monserrate quijicha caca; "grandmother's foot". At the solstice of June, the Sun, represented in their religion by the solar god Sué, rises exactly from behind Monserrate, as seen from Bolívar Square. The Spanish conquistadors in the early colonial period replaced the Muisca temples by catholic buildings. The first primitive cathedral of Bogotá was constructed on the northeastern corner of Bolívar Square in 1539, a year after the foundation of the capital of the New Kingdom of Granada.

Animation of the position of the Sun (Sué), at the solstices and equinoxes rising above the Eastern Hills, as seen from Bolívar Square. At the June solstice, the Sun rises exactly from Monserrate.

See also: :History of Bogotá and :Timeline of Bogotá

In the 1620s, the Cofradia de la Vera Cruz ("Brotherhood of Vera Cruz") began using the Monserrate's hill top for religious celebrations. As time passed, many devoted residents of Bogotá began participating in the climb to the hill top. In 1650, four gentlemen met with the Archbishop as well as Juan de Borja, the head of the Tribunal of Santafe de Bogotá, in order to secure permission to build a small religious retreat on the top of Monserrate. The founders decided to establish the hermitage retreat in the name of Monserrat's Morena Virgin. Her sanctuary was located in Catalonia, near Barcelona, giving the mountain the name Monserrate. Some people believe Montserrat was chosen to be the patron saint, due to one of the founders, Pedro Solis, having an uncle who had previously served as abbot in the Montserrat sanctuary.

By 1656, Father Rojas had been assigned guarding the sanctuary and ordered the carving of a crucifix and a statue of Jesus Christ. After this statue was taken off the cross, it earned the name El Señor Caído ("The Fallen Lord"). Originally, these sculptures were placed inside a small chapel dedicated to the adoration of Christ instead of being placed inside the religious retreat itself. As time passed, more and more people began visiting the sanctuary in order to see the statue of Jesus, rather than the matron saint of Monserrat. By the 19th century, the statue of "The Fallen Lord" had gained so much attention, that the sculpture to the Virgin of Montserrat was removed from the hill as the center piece of the sanctuary and replaced with "El Señor Caido". The mountain has retained the name Monserrate afterwards. Ever since then, for more than four centuries, pilgrims and citizens have hiked the mountain to offer their prayers to the shrine of "El Señor Caido".

Both Monserrate and its neighbor Guadalupe Hill are icons of Bogota's cityscape. The hill is a touristic attraction with a funicular, cable car, or pilgrimage climbing trail access.

Basak
Beautiful panoramic view of Bogota. You can take the cable car or the funicular. Once you are up, don't forget to check out the bazaar. There are yummy food trucks at the end!

Pedro Rojo
During Chrismas Season they put a lot of lights. Espectacular if you arrive before the sunset and wait for lighting. But is awesome if lights mix with fog and dark night. Indescriptible show.

CNN
The panoramic view of the vast city below is worth the trip, but there are numerous souvenir shops through which to browse, and delicious French and Colombian restaurants to try.

Tania Platero
Amazing views of the city, it can be a challenge to climb un to the top if you’re not physically ready; BUT fortunately there are different ways to get there, it’s views were amazing; must be done!

Jenny Ung
A must-see for Bogotá visitors, such a beautiful spot to overlook the city. Get there before the sun sets and enjoy the lights at magic hour, such a lovely experience. Open late, cute idea for a date!

Claudia Galindo
If you Don't visit Monserrate while in Bogota, you didn't come at all. Best view with great restaurants around. It's 2,640 mt (8,660 feet) above sea level, use cable car ride! TIP: Go on a sunny day!
Load more comments
foursquare.com
8.9/10
419,993 people have been here
I've been here
Add to wishlist 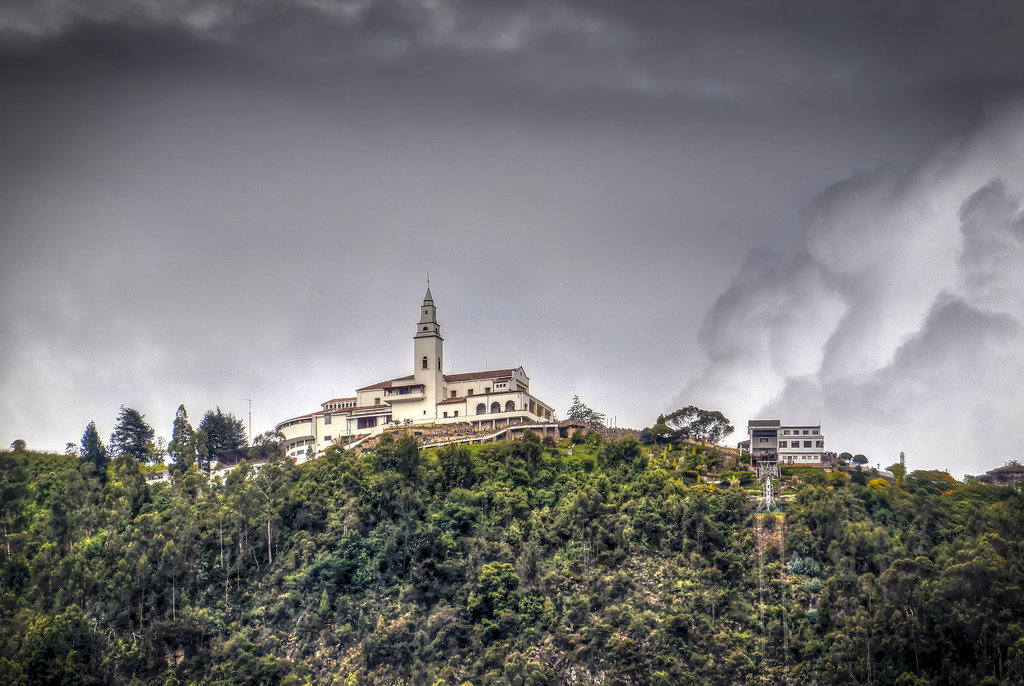 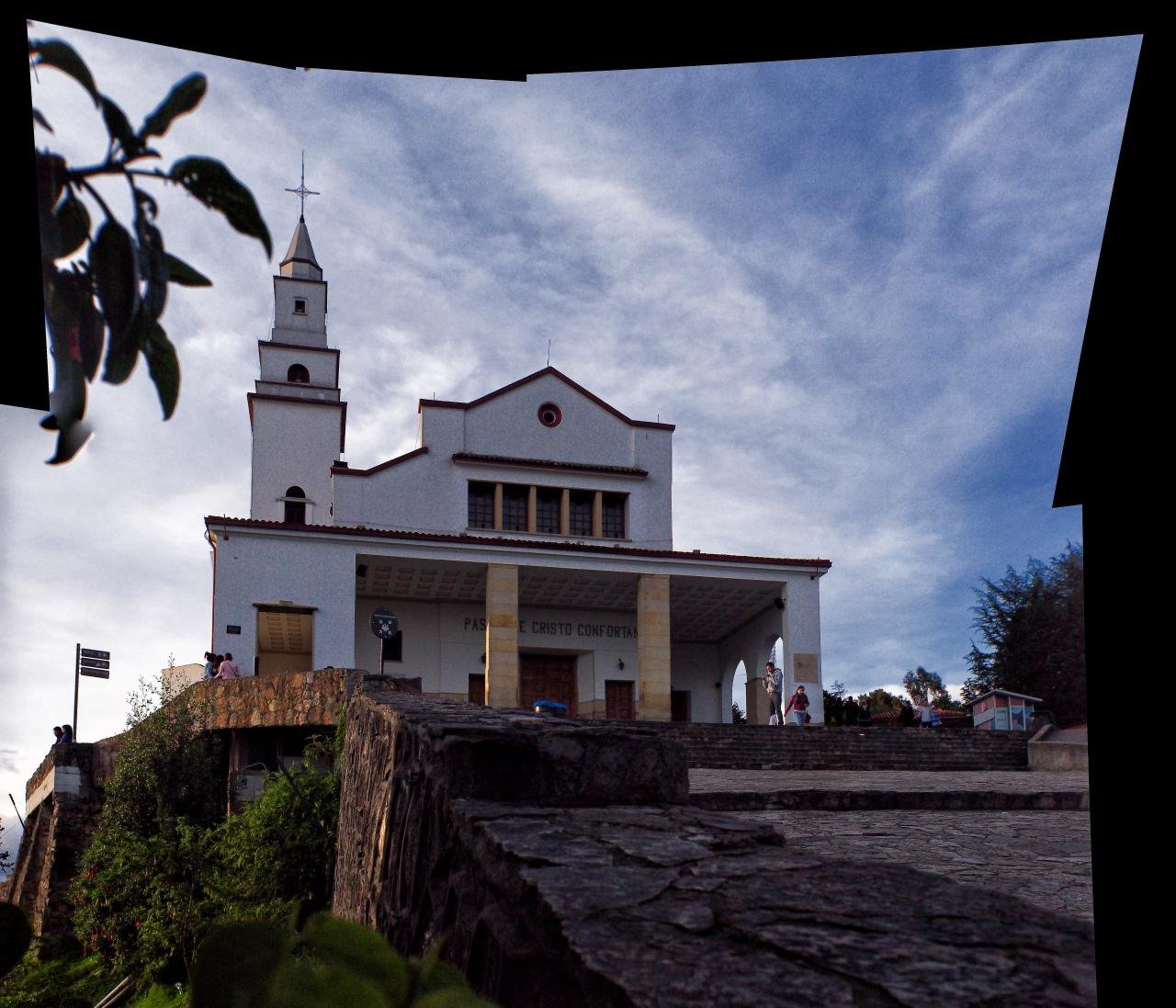 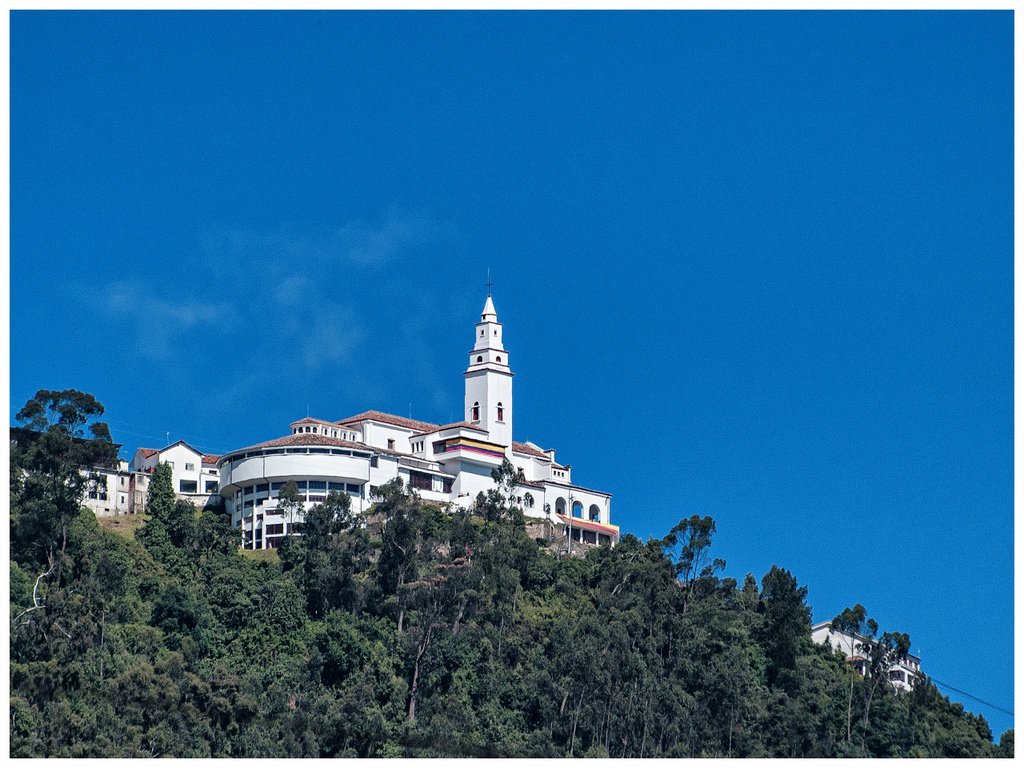 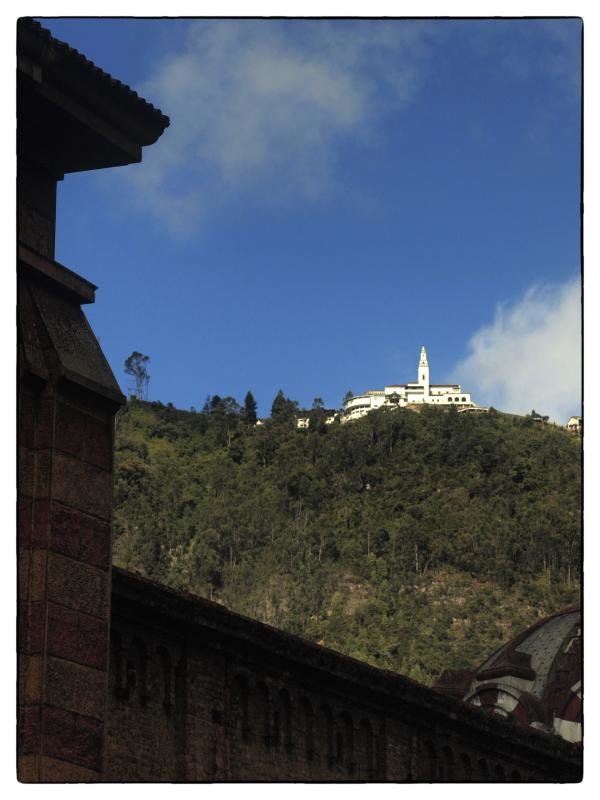 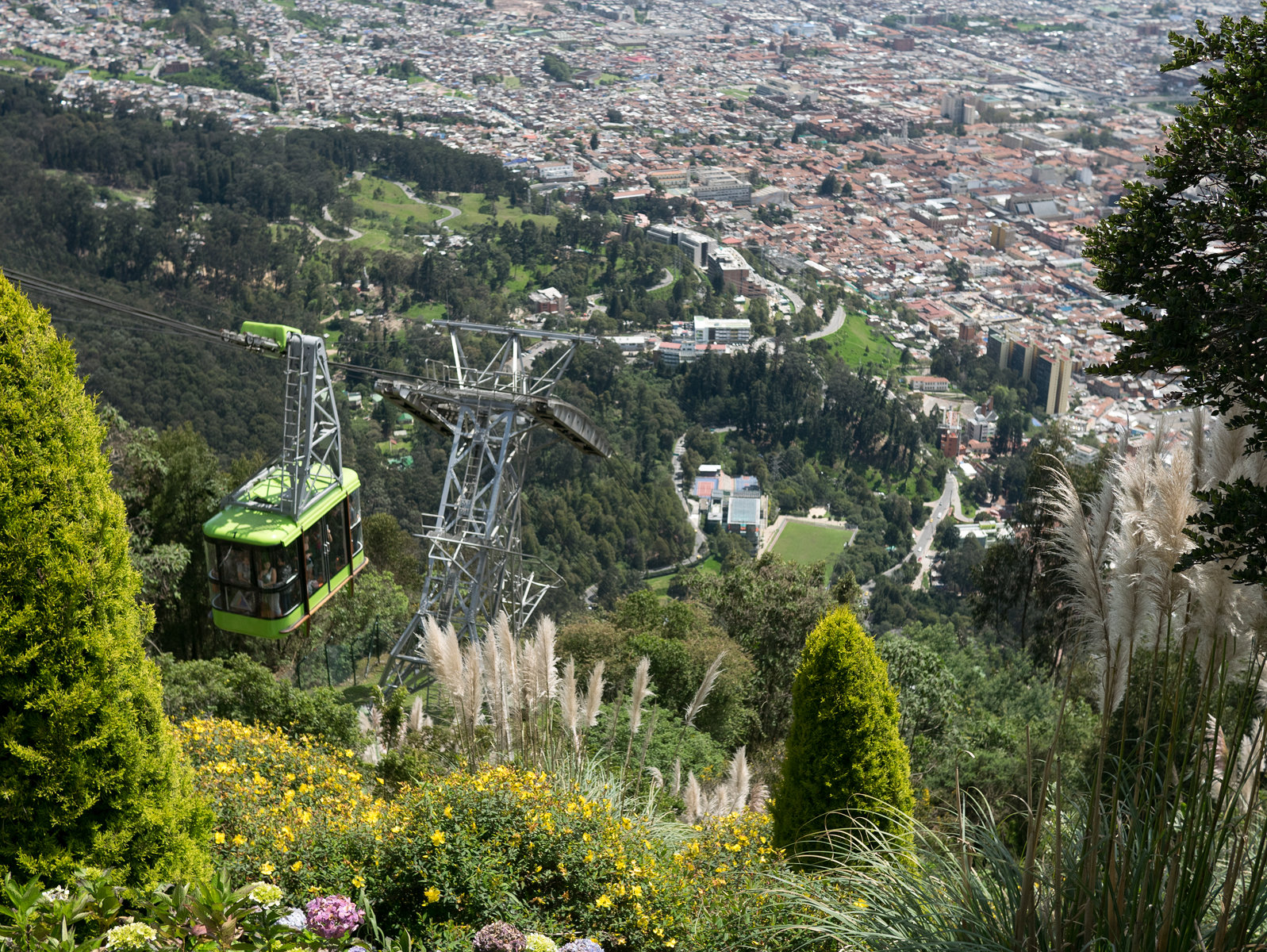 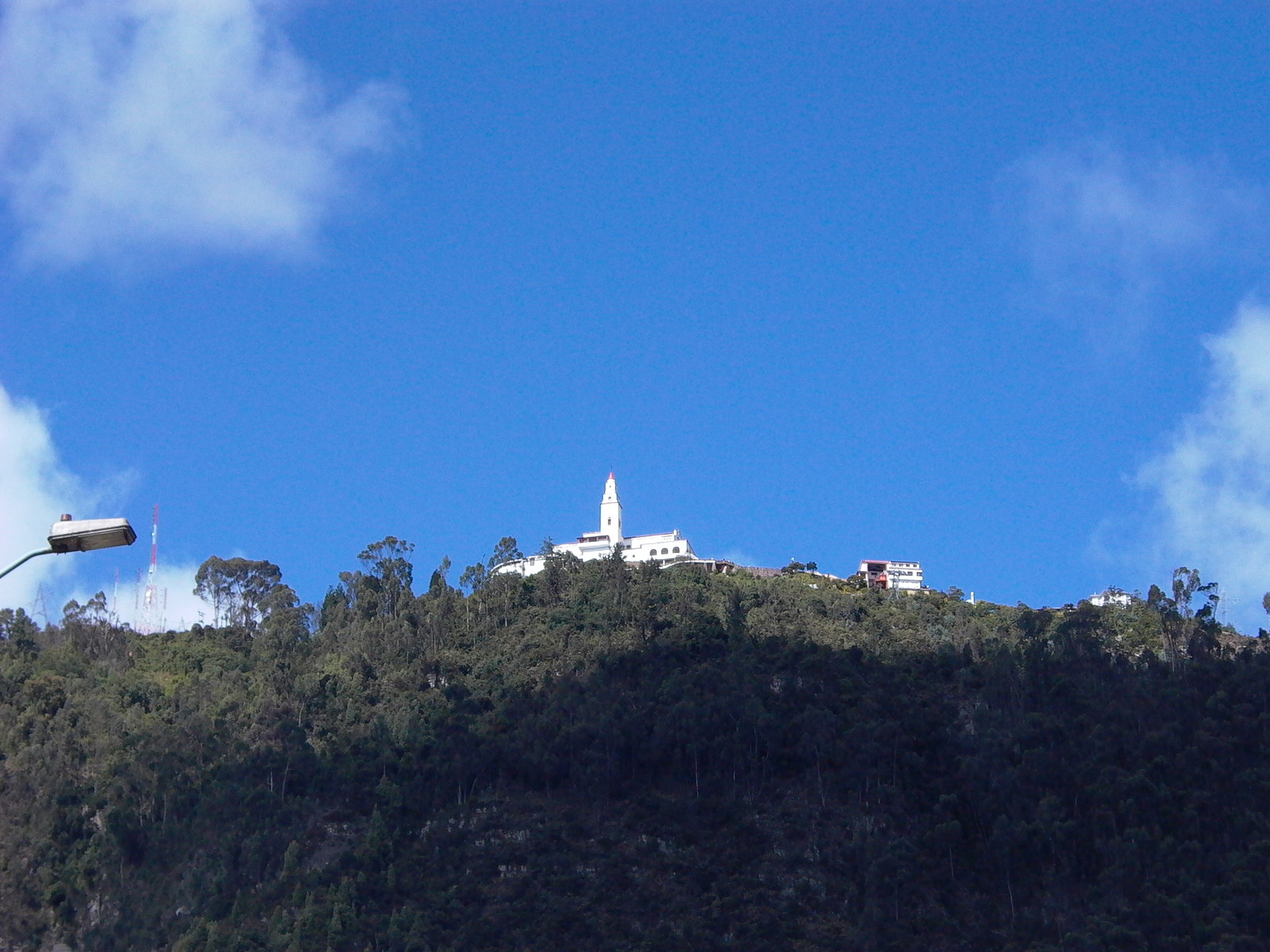 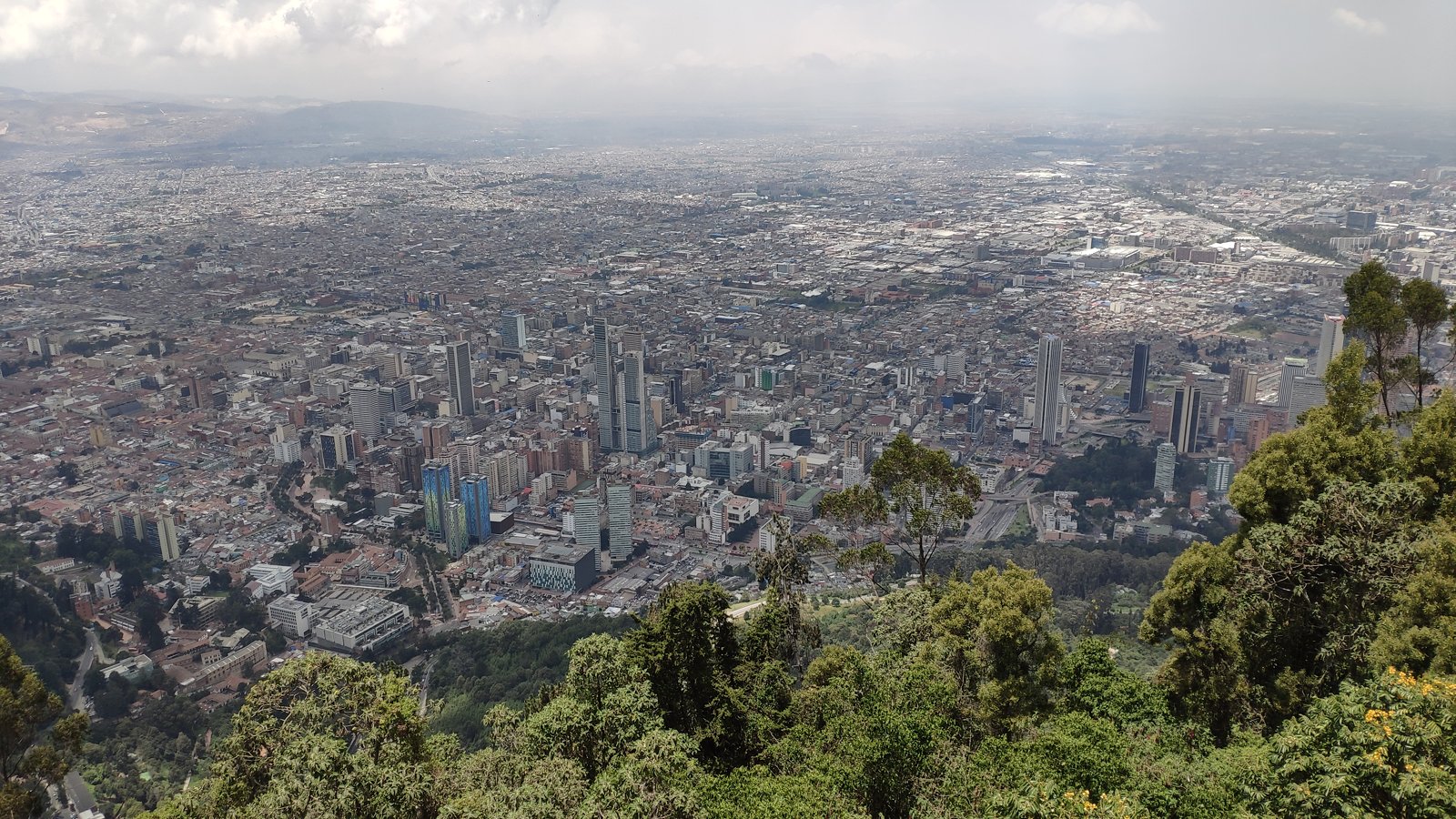 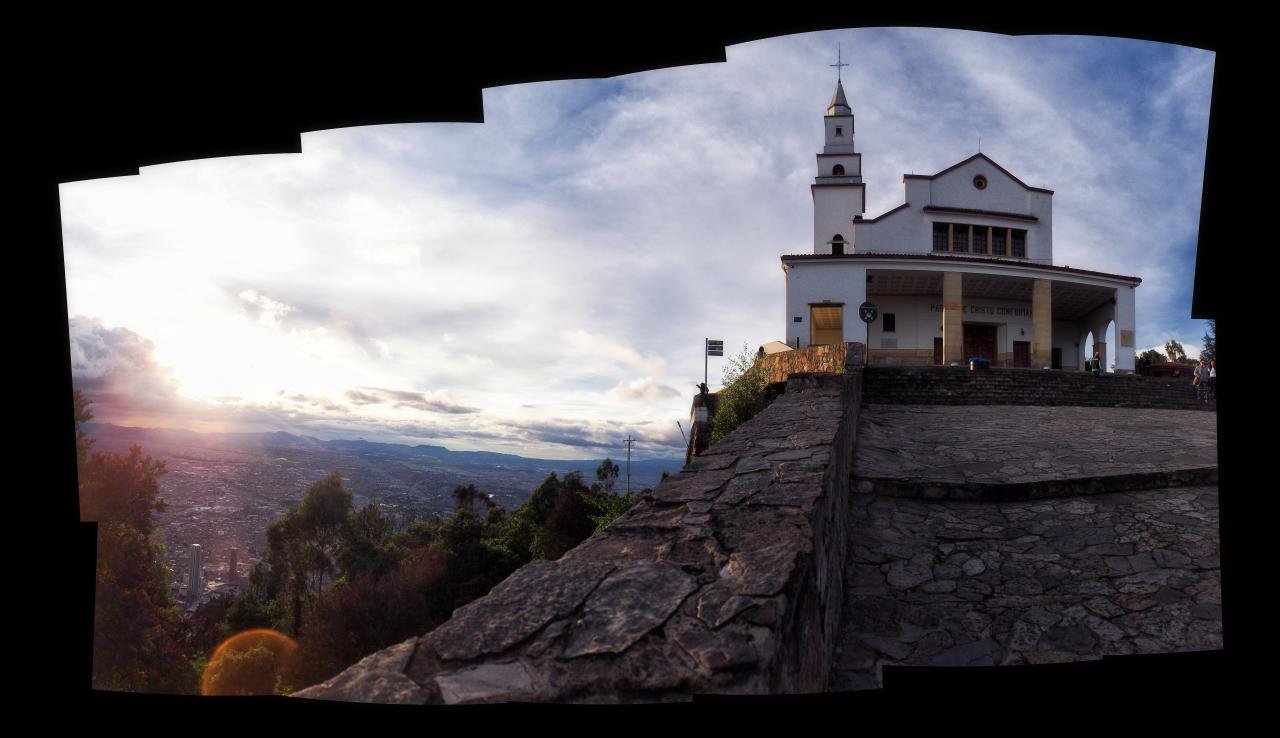 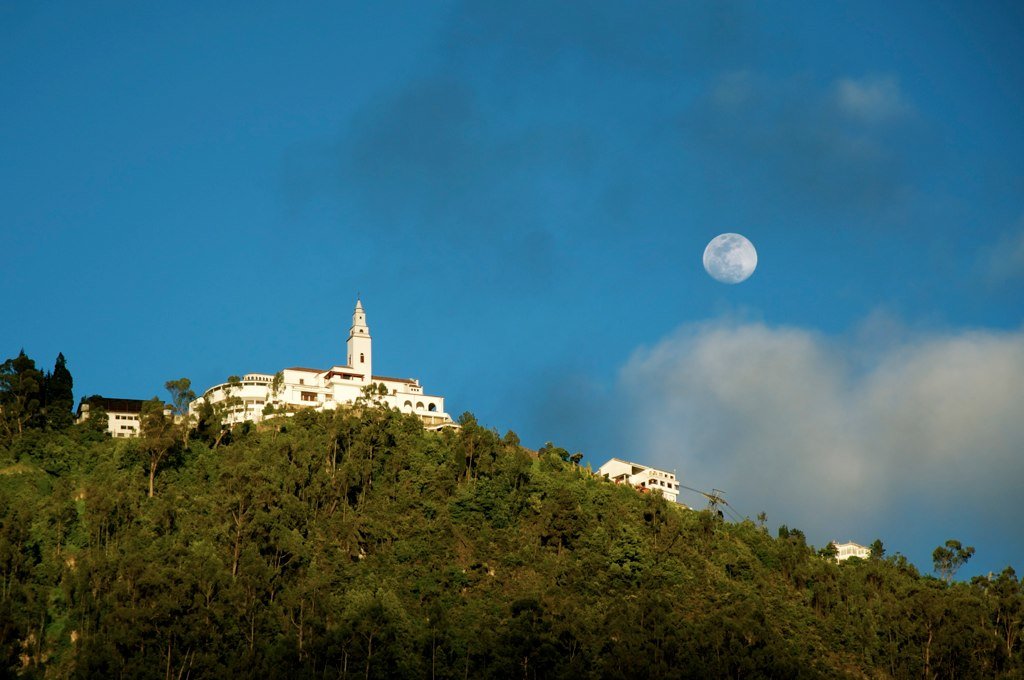 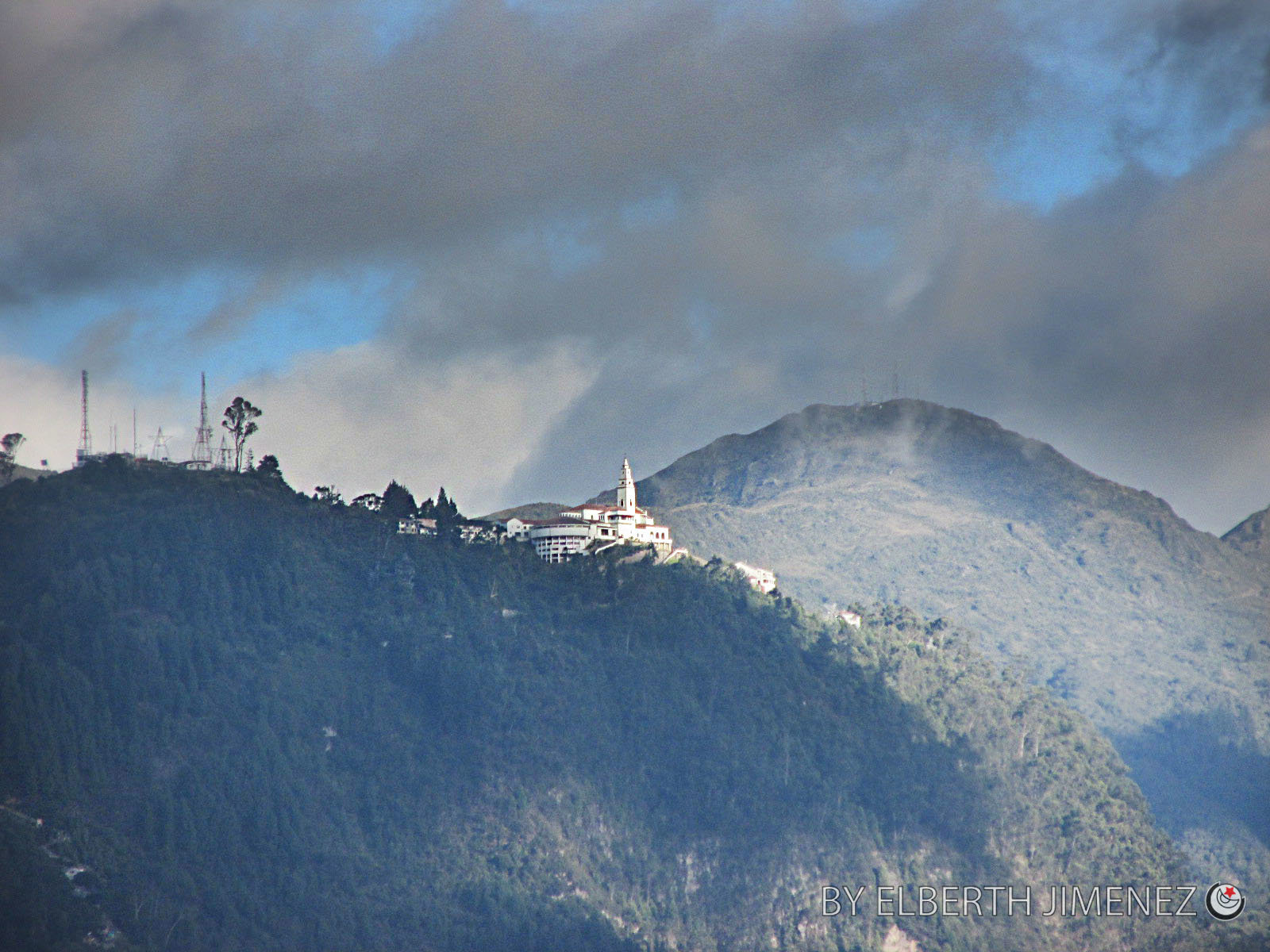 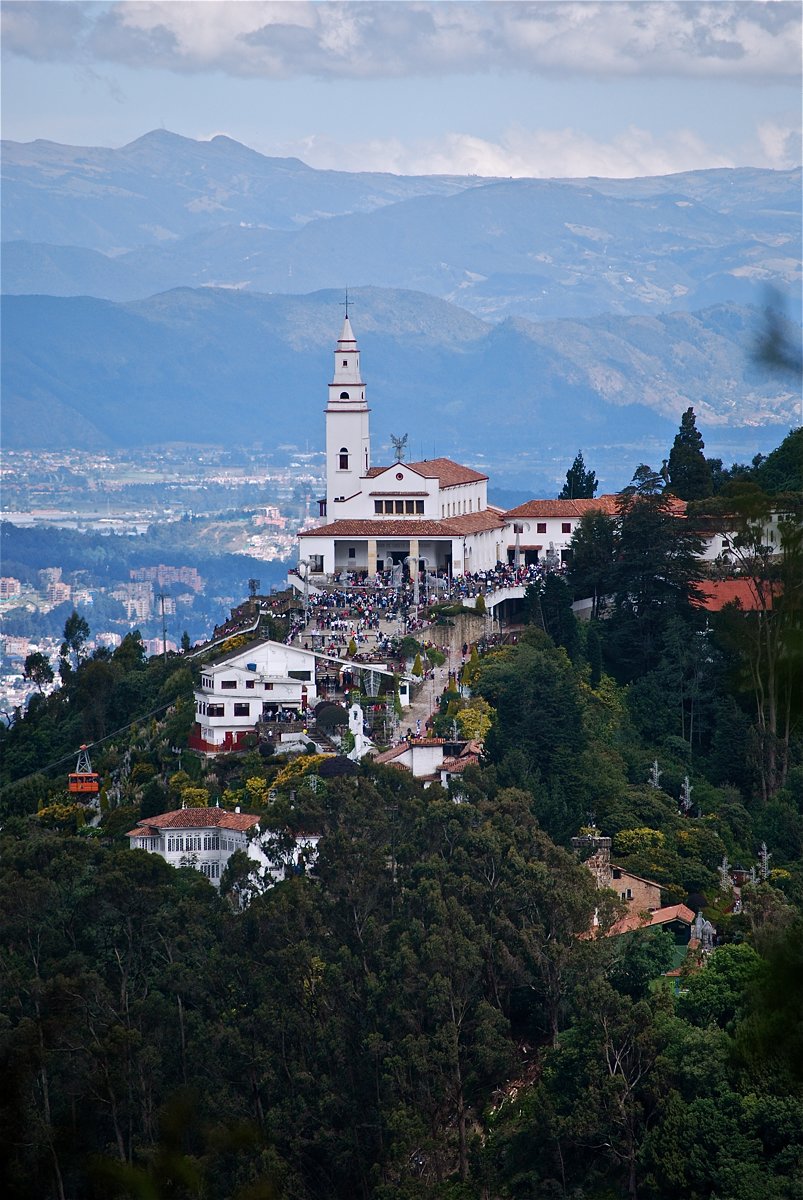 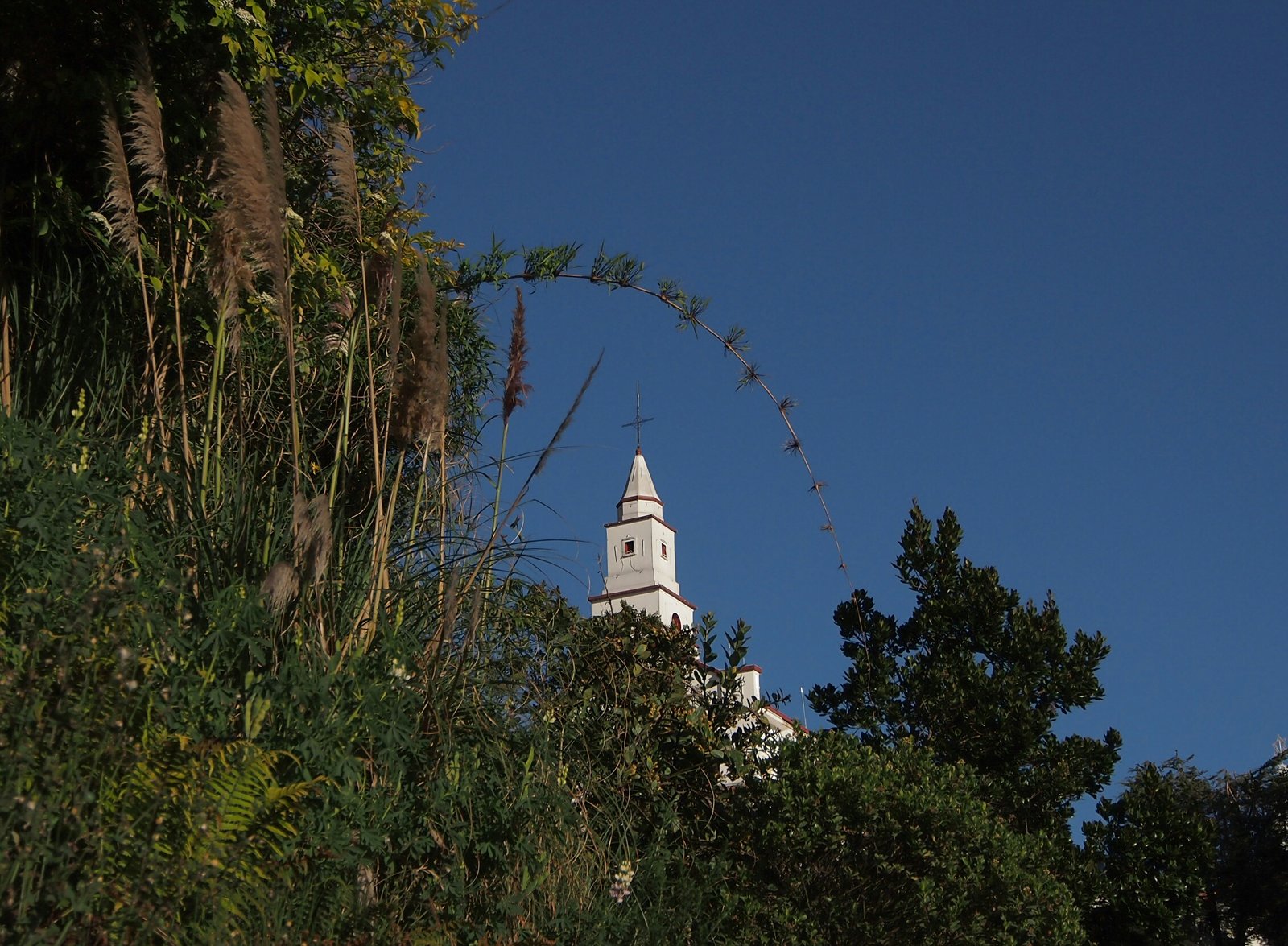 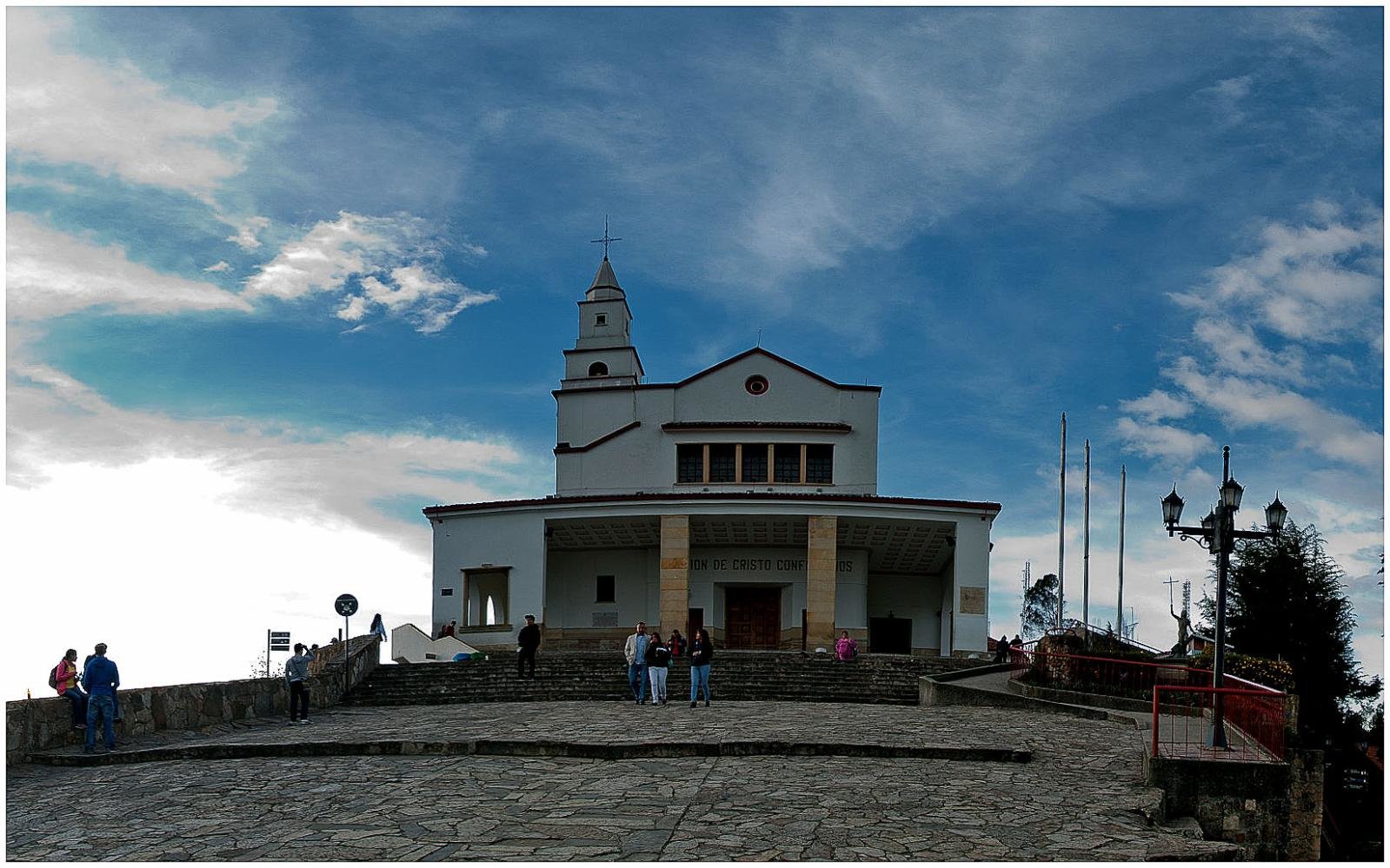 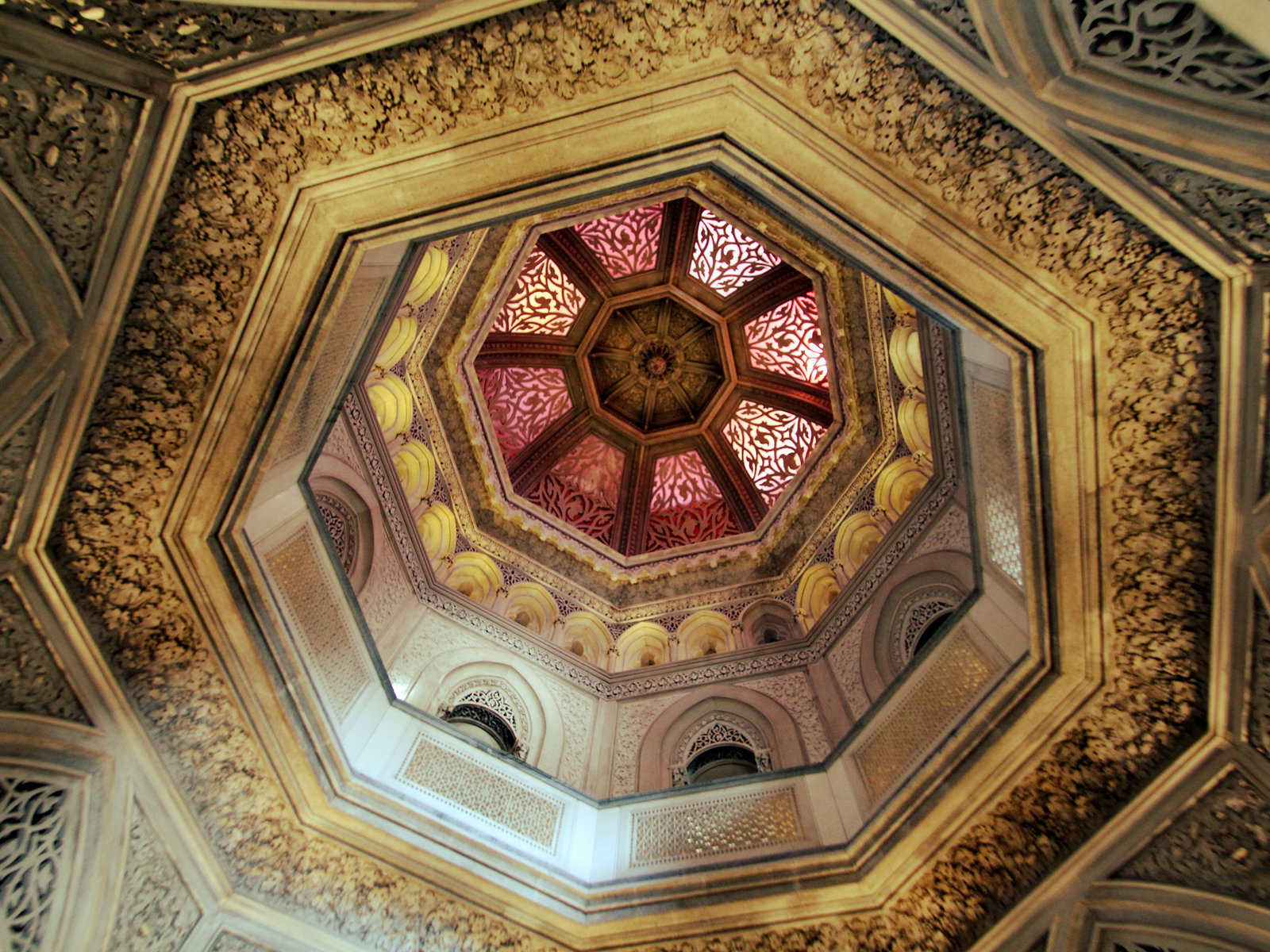 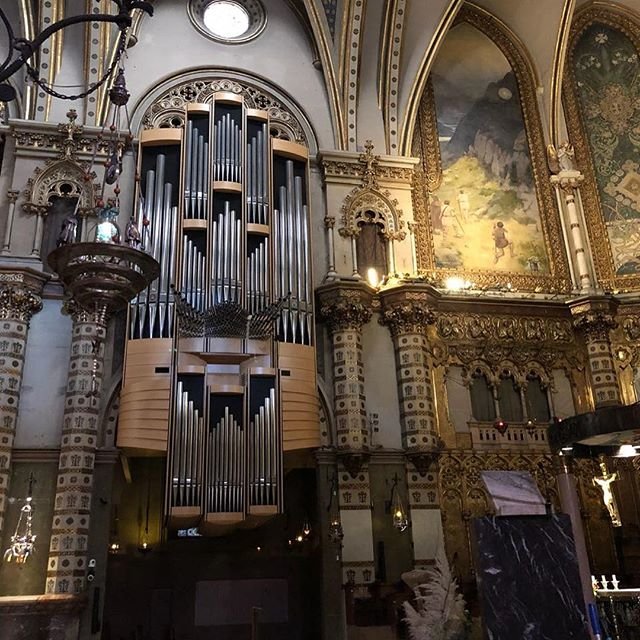 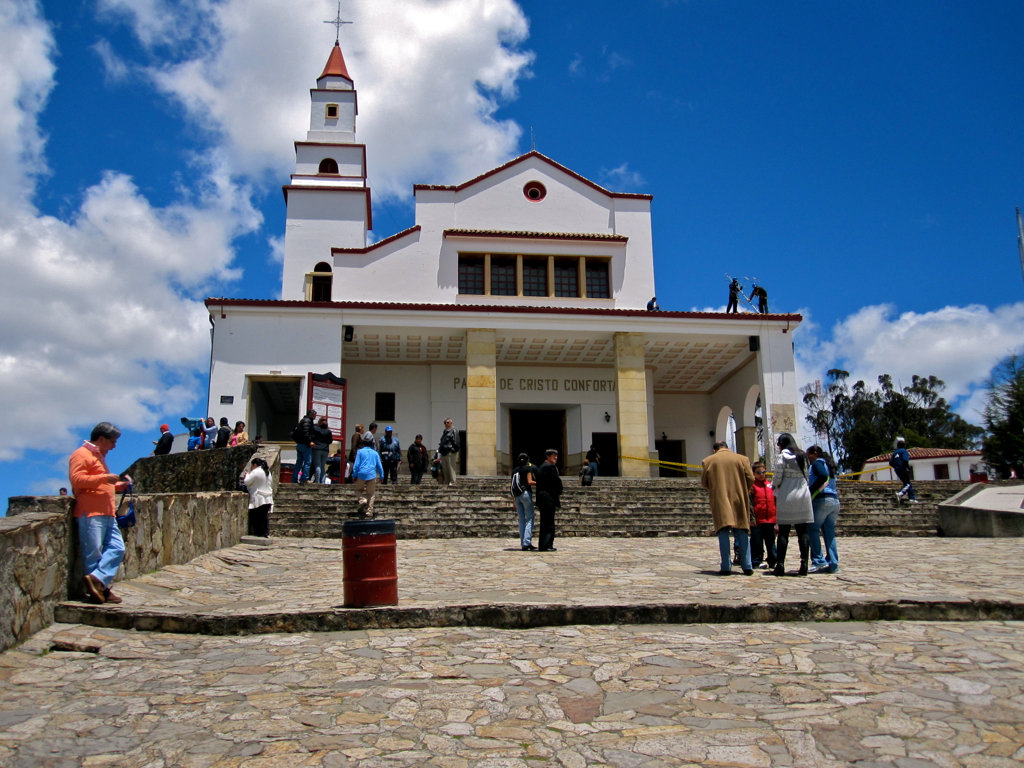 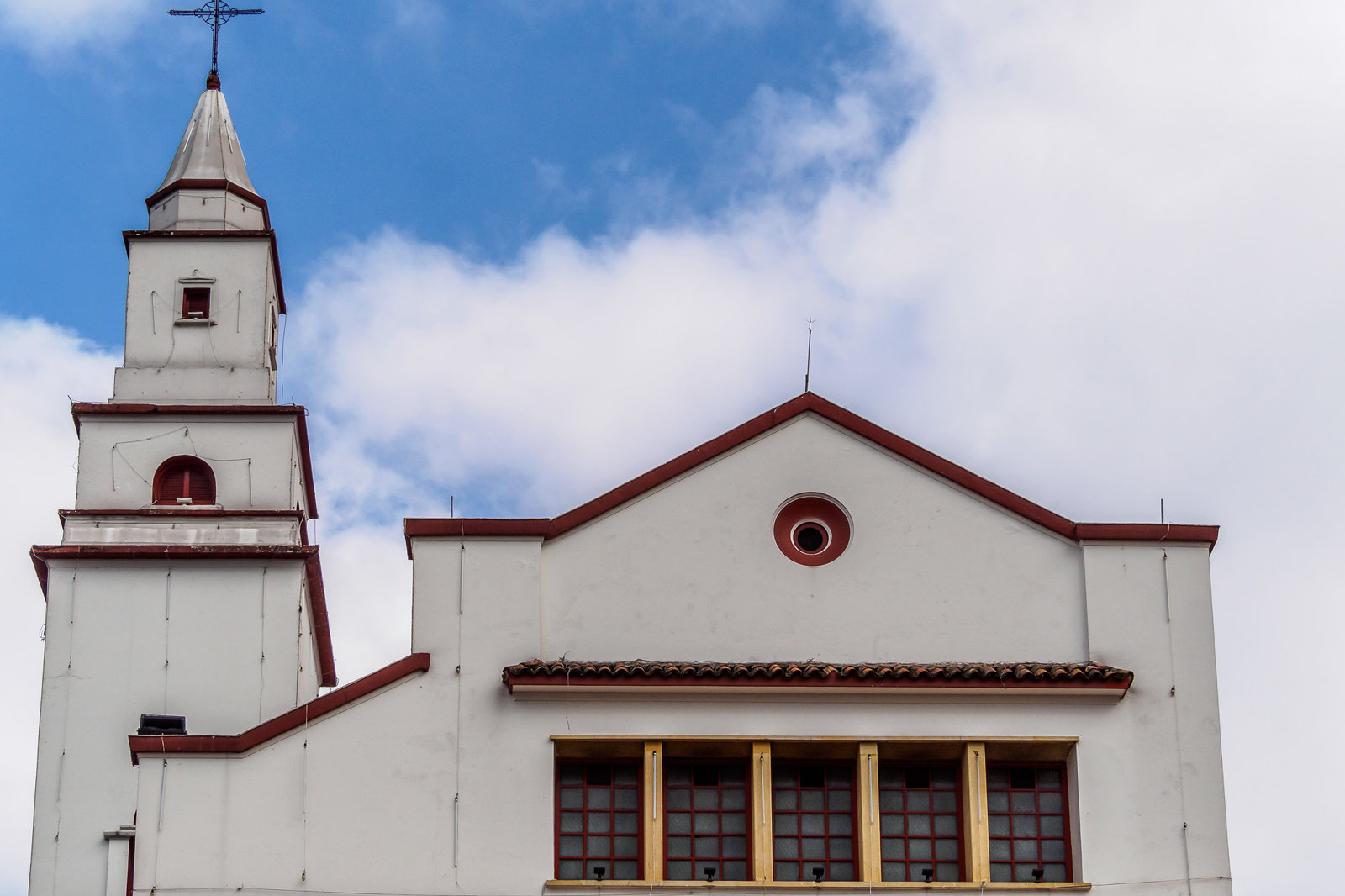 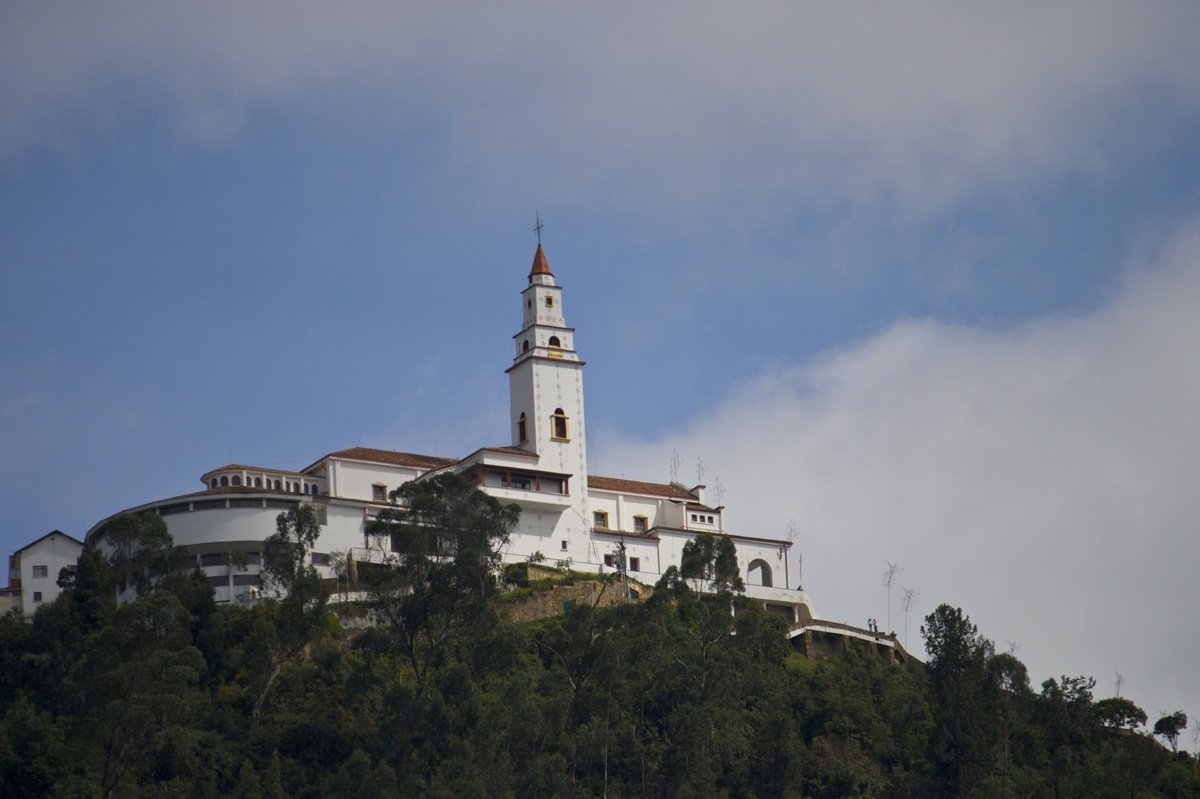 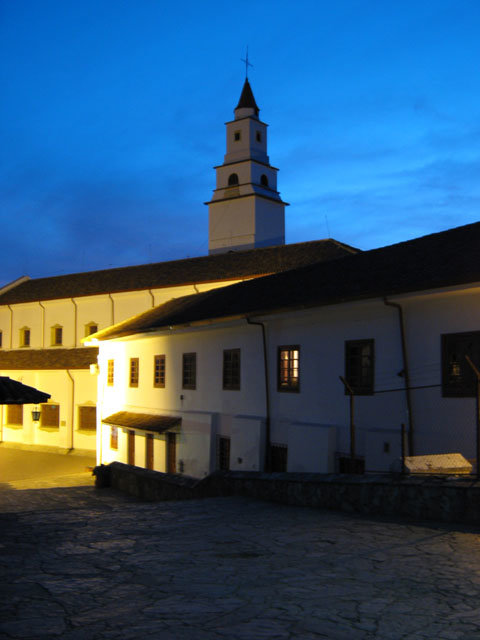 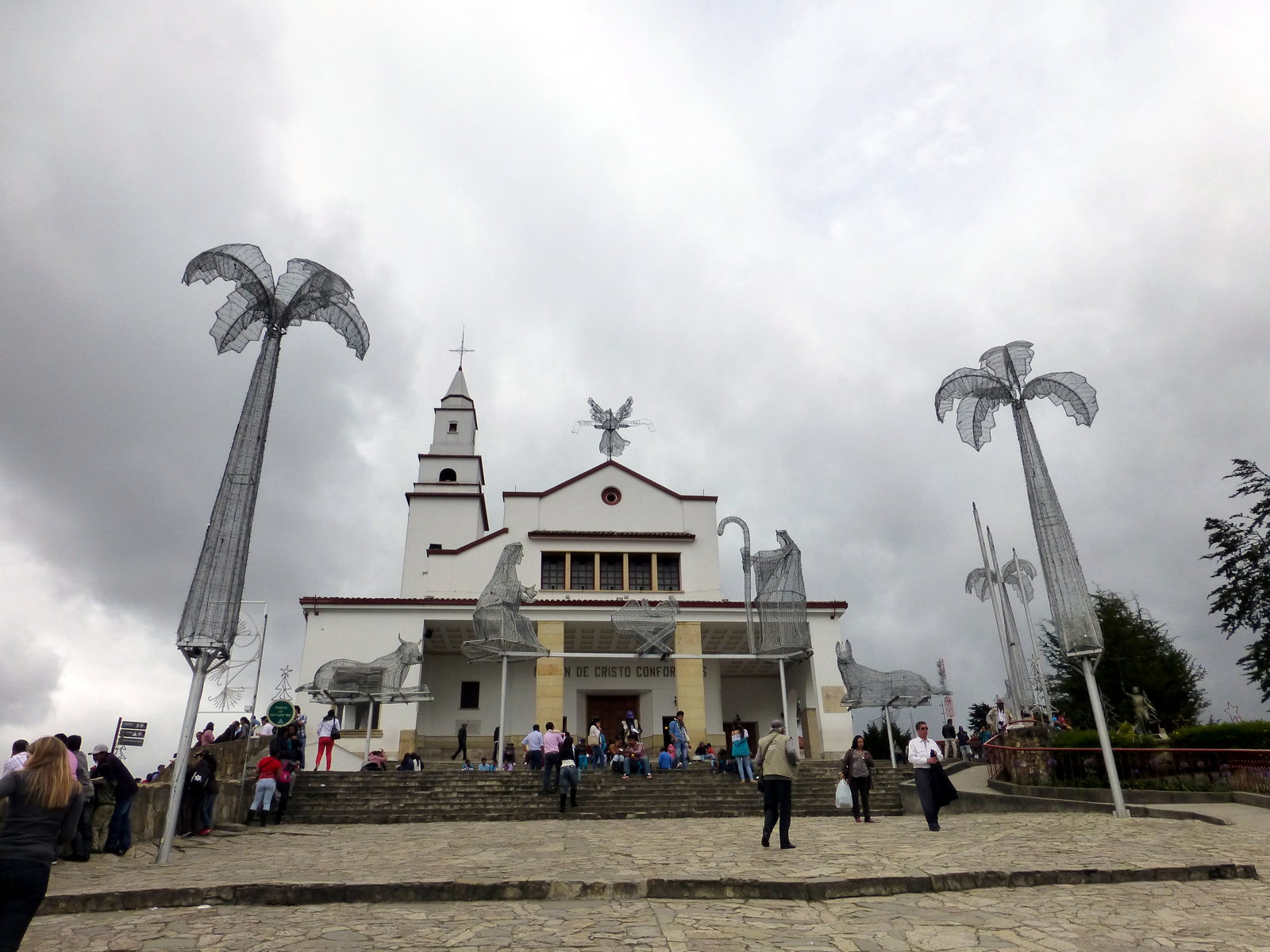 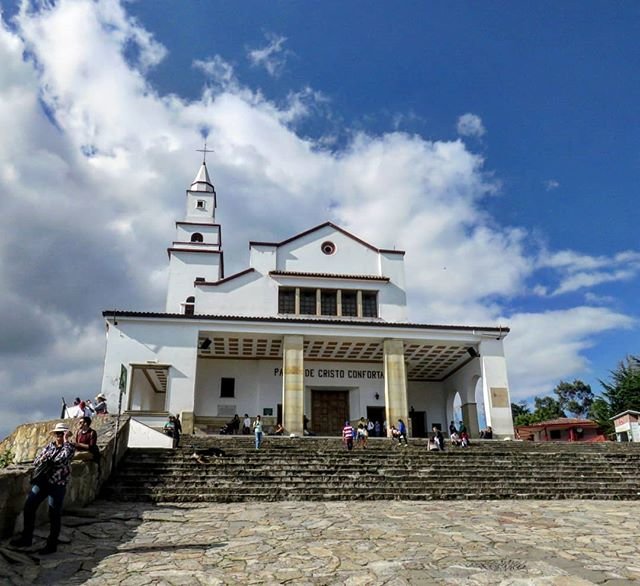