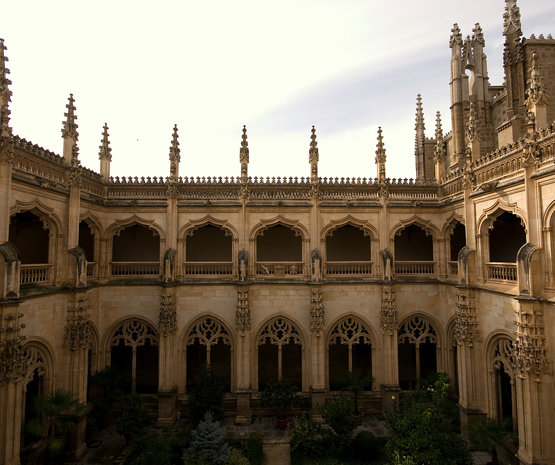 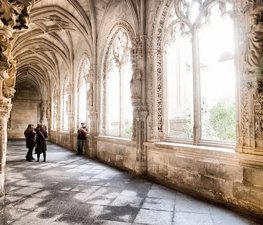 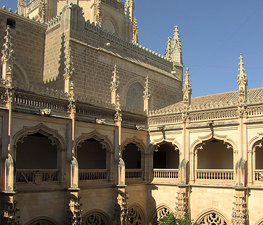 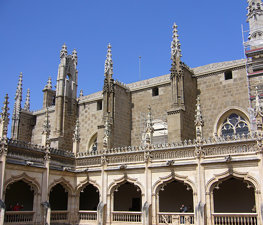 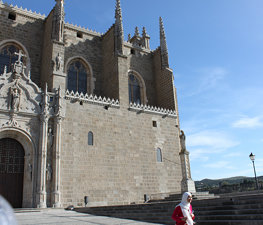 The Monasterio de San Juan de los Reyes is a historic monastery in Toledo, Spain. It was founded by King Ferdinand II of Aragon and Queen Isabella I of Castile to commemorate their victory at the Battle of Toro (1476) over the army of Afonso V of Portugal.

The monastery is an example of Gothic-Spanish-Flemish style. Its church is in the form of a Latin cross, with short arms, an elongated nave (approximately 50 meters in length, and 30 meters high), and side chapels situated between the domed arches - three chapels on either side of the nave, and two more under the choir. The church is notable for its decoration of coats of arms of the Catholic Monarchs held by eagles. Its chancel is decorated with an altar (mid 16th century) from the former Santa Cruz Hospital by sculptor Felipe Bigarny and painter Francisco de Comontes, depicting scenes from the Passion and the Resurrection, as well as two scenes of the Santa Cruz legend.

Its cloister has a small garden. The ground floor's ceiling are formed of German cross vaults set with figures of saints interspersed with animal and plant motifs, all created by Toledo sculptor Cecilio Béjar in the 20th century. Its upper cloisters, first completed in 1526 and restored in the 19th century, contain Mudéjar ornamentation, including a ceiling of larch wood, painted with the motifs and coats of arms of the Catholic Monarchs, and the motto Tanto monta, monta tanto. Chains of freed Christian prisoners ornament the monastery's granite exterior facade, as per the Queen's order of 1494.

Joanna Burton
Good audio guide available on your phone through the venue wifi, even for BlackBerry

The Synagogue of El Transito (Spanish: Sinagoga del Tránsito) is a

The Puerta Bab al-Mardum, or Puerta de Valmardón, is a city gate of

Puerta del Sol is a city gate of Toledo, Spain, built in the late 14th 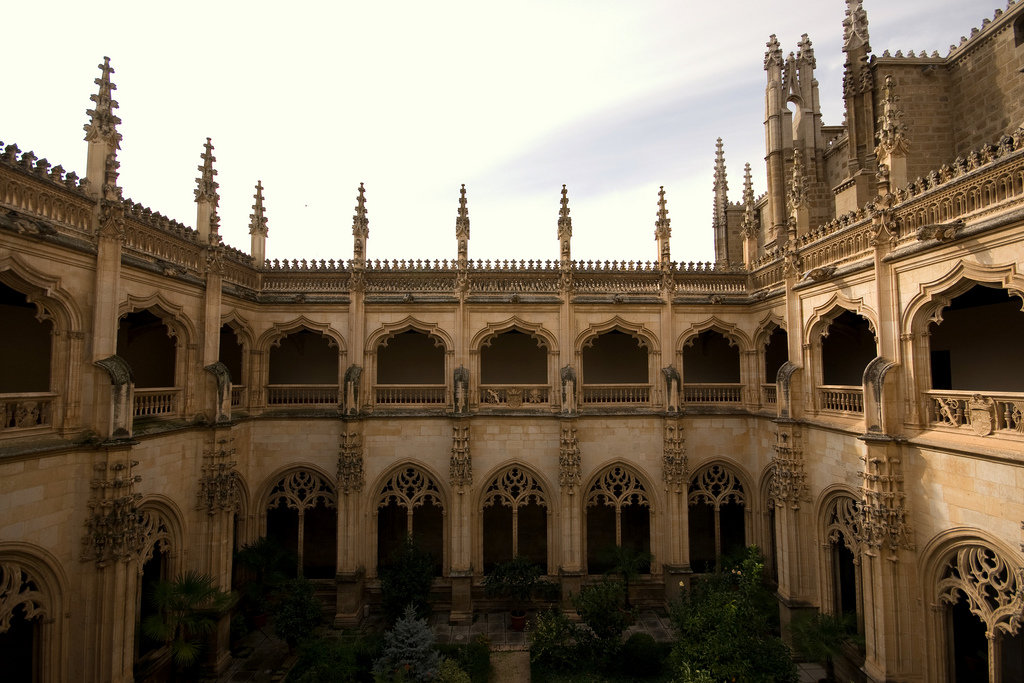 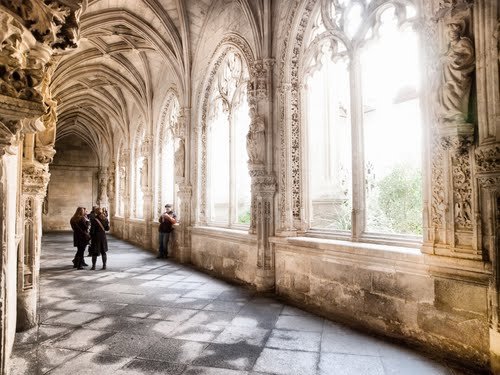 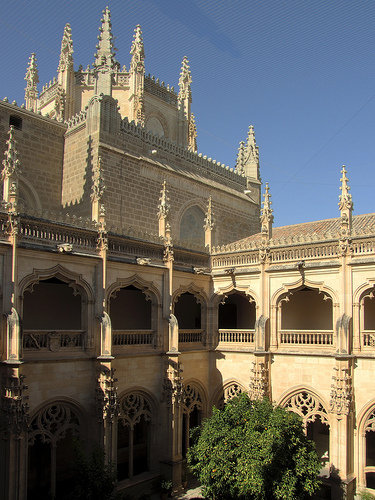 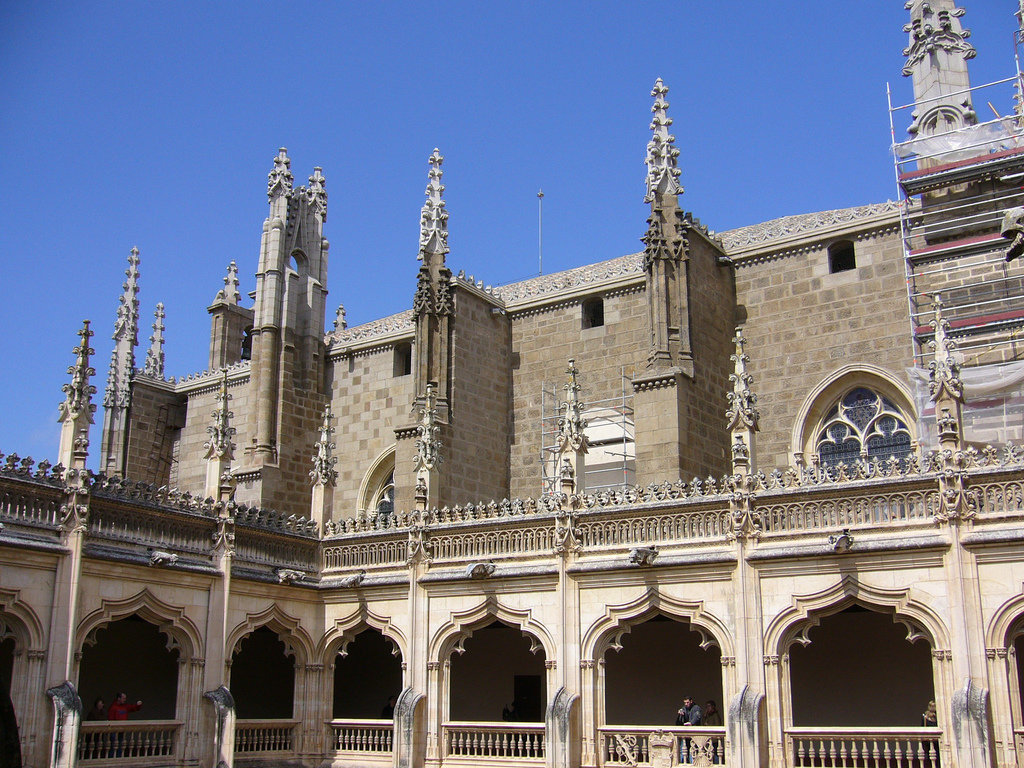 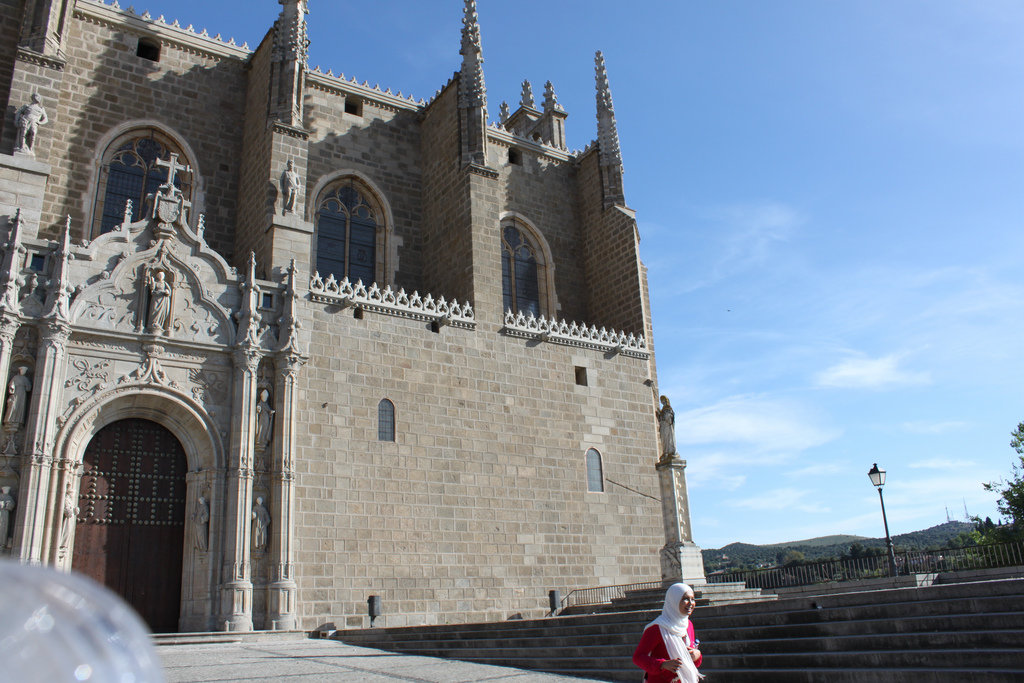 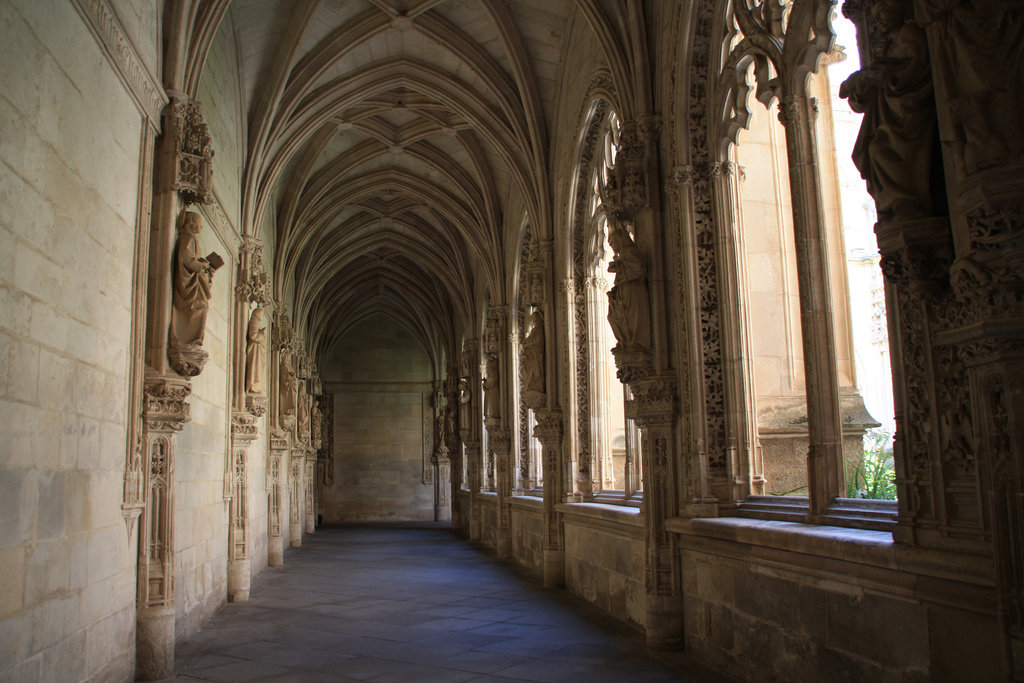 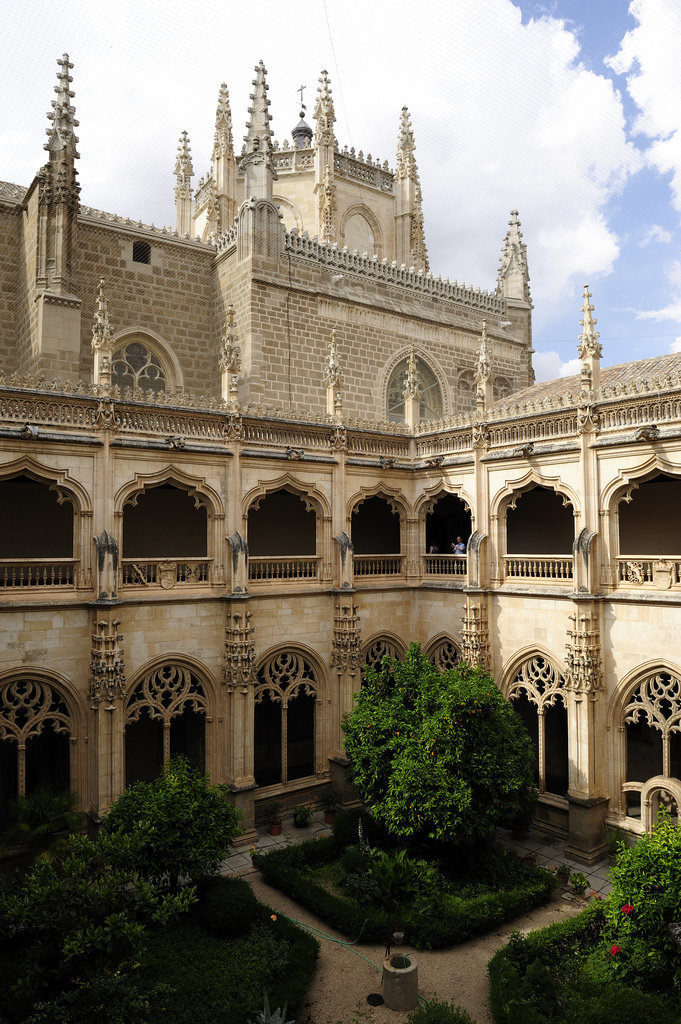