×
What are you looking for?
See all results
Buddhist temples in Mingun 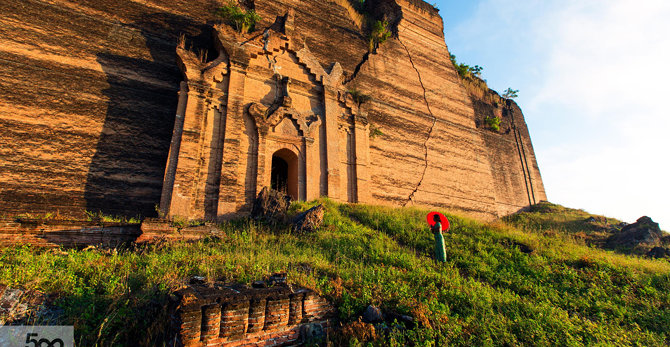 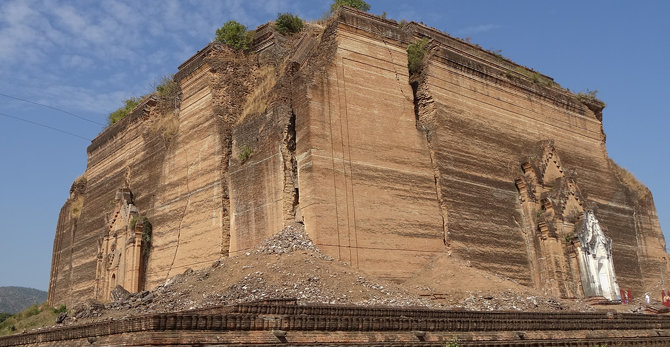 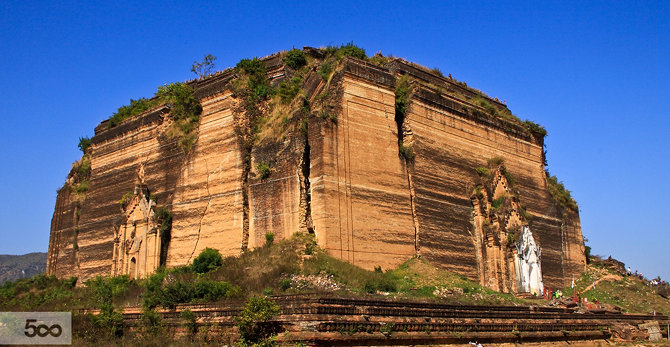 The Mingun Pahtodawgyi (my-Mymr. မင်းကွန်းပုထိုးတော်ကြီး, Шаблон:IPA-my) is an incomplete monument stupa in Mingun, approximately Шаблон:Convert northwest of Mandalay in Sagaing Region in central Myanmar (formerly Burma). The ruins are the remains of a massive construction project begun by King Bodawpaya in 1790 which was intentionally left unfinished. The pahtodawgyi is seen as the physical manifestations of the well known eccentricities of Bodawpaya. He set up an observation post on an island off Mingun to personally supervise the construction of the temple.

Bodawpaya used thousands of prisoners of war from his expansionist campaigns and slaves working on the construction of the stupa. The construction was also seen as having a heavy toll over the people and the state, thus a prophesy was allegedly created, to stop the project. The approach in conveying the dissatisfaction was allegedly to utilize the King's deep superstition. The prophesy went "as soon as the building of the pagoda was over, the country would also be gone".

A model pagoda nearby, typical of many large pagoda projects like the Shwedagon Pagoda and Thatbyinnyu Temple, offers a small scale of what would have been a Шаблон:Convert tall temple.

However, it holds the record of being the largest pile of bricks in the world.Шаблон:Citation needed

By the time the construction project was abandoned, the pagoda had attained a height of 50 meters, one third of the intended height. An earthquake on 23 March 1839 caused huge cracks to appear on the face of the remaining structure. The temple serves more as an attraction than a religious site. However, a small shrine with a Buddha image still serves its purpose as a place of worship and meditation. Pondaw paya or a working model of the stupa can be seen nearby.

Шаблон:Main King Bodawpaya also had a gigantic bell cast to go with his huge stupa. The Mingun Bell, weighing at 90 tons, is today the second largest ringing bell in the world. The weight of the bell in Burmese measurement, is 55,555 viss or peiktha (1 viss = 1.63 kg), handed down as a mnemonic "Min Hpyu Hman Hman Pyaw", with the consonants representing the number 5 in Burmese astronomy and numerology.

Mingun can be reached by a ferry across the Irrawaddy river from Mandalay and then by bullock cart from the river jetty.

Filiz Temur
If you are in Mandalay for longer Mingun is a great half day escape. However there is not much to see; the 2nd largest bell in the world. You are done with the visit in 45 minutes. 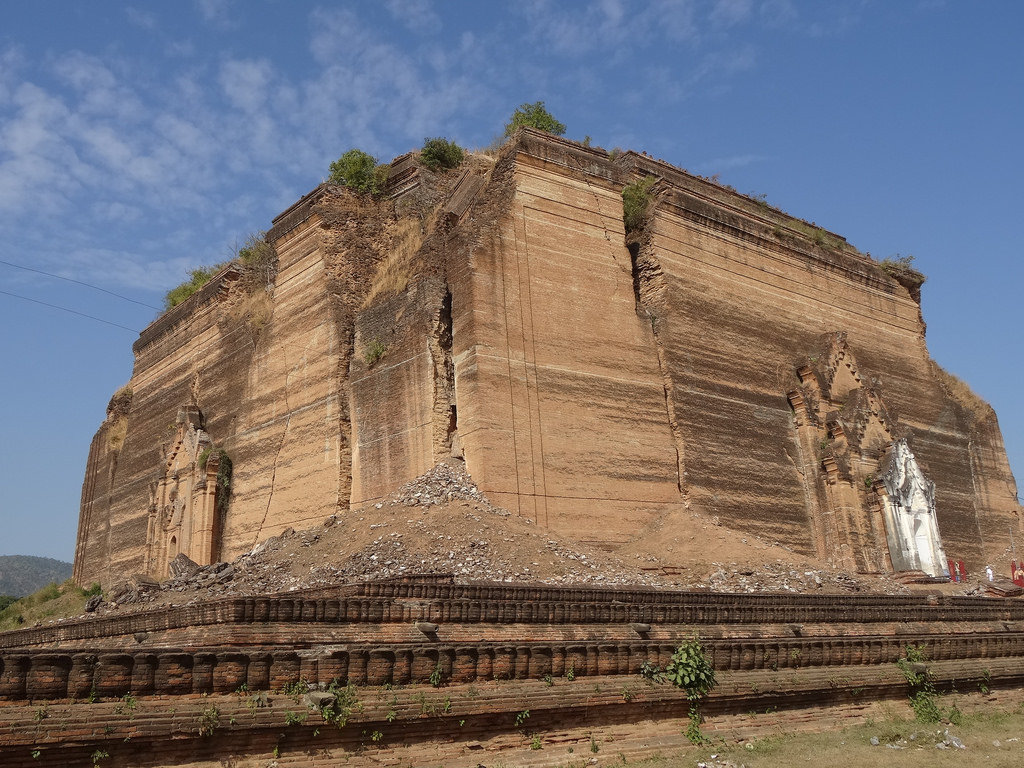 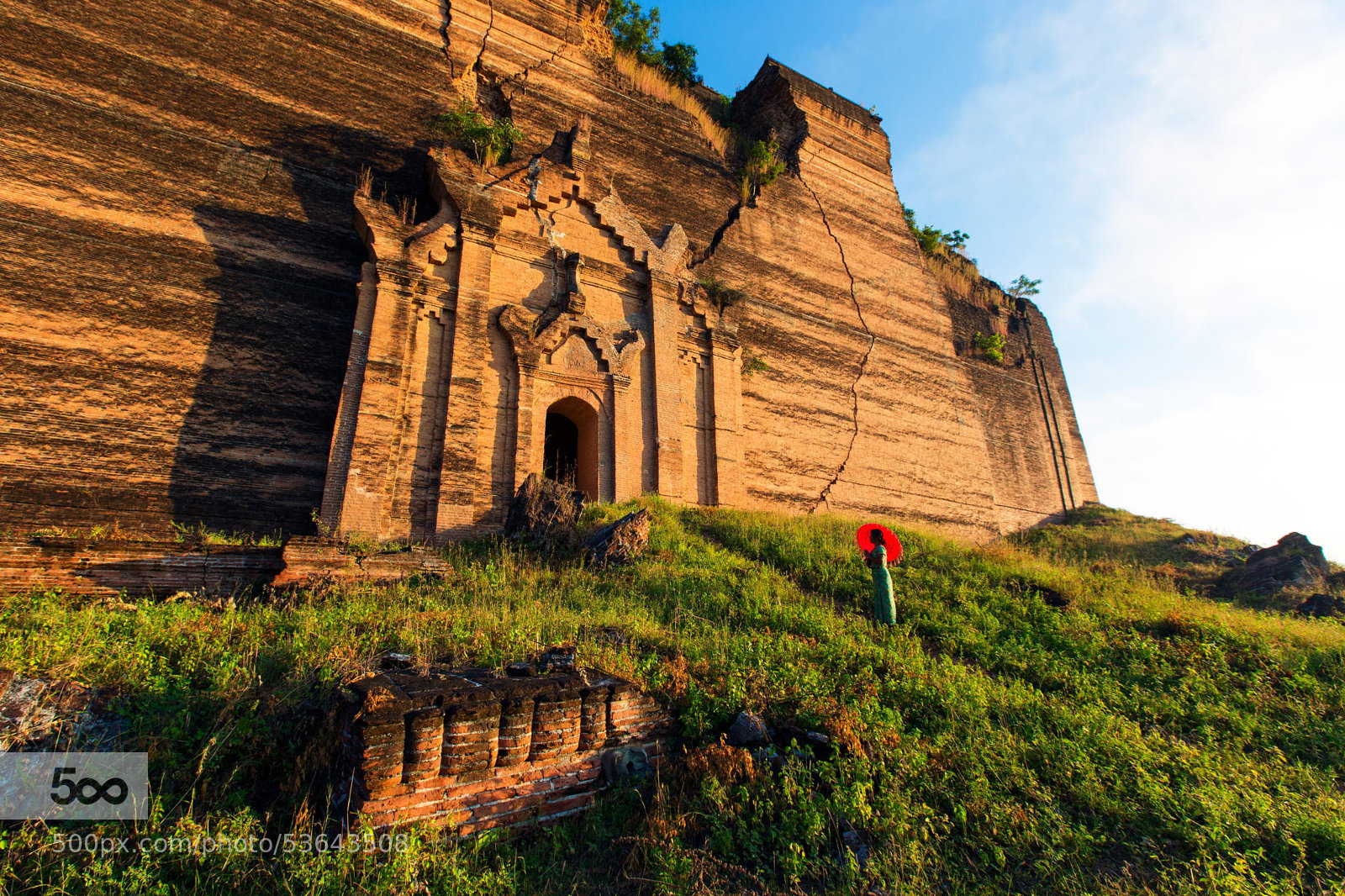 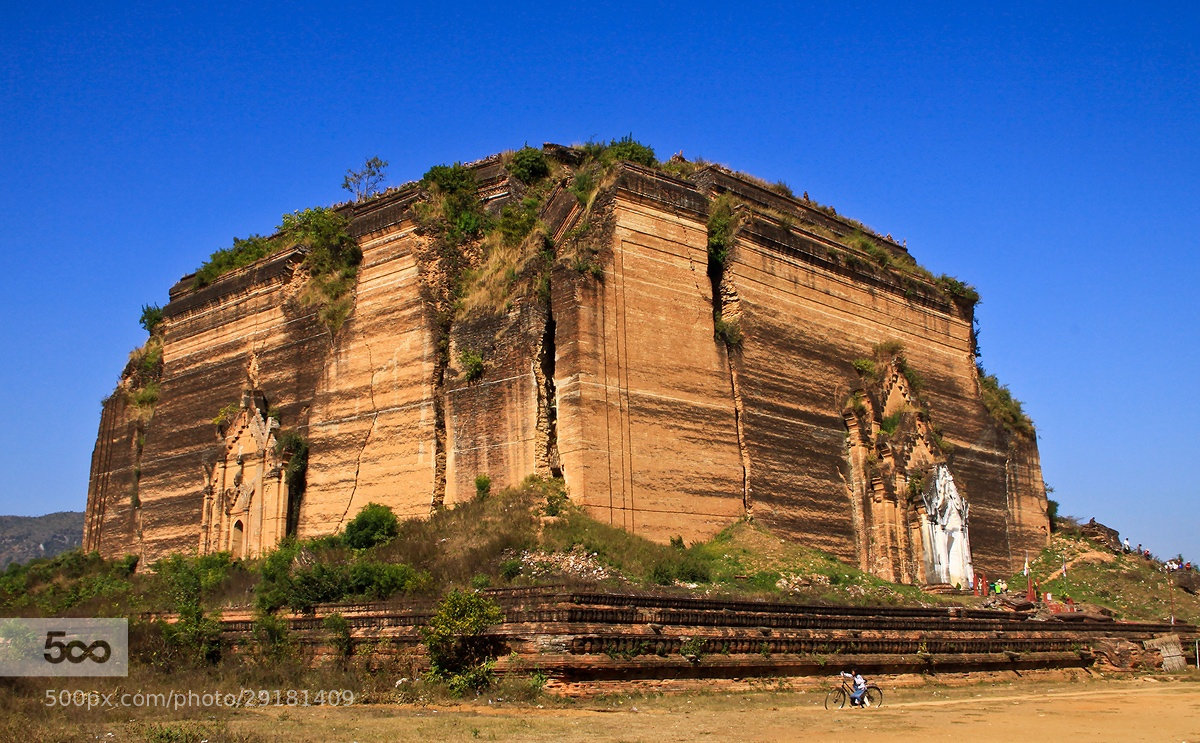 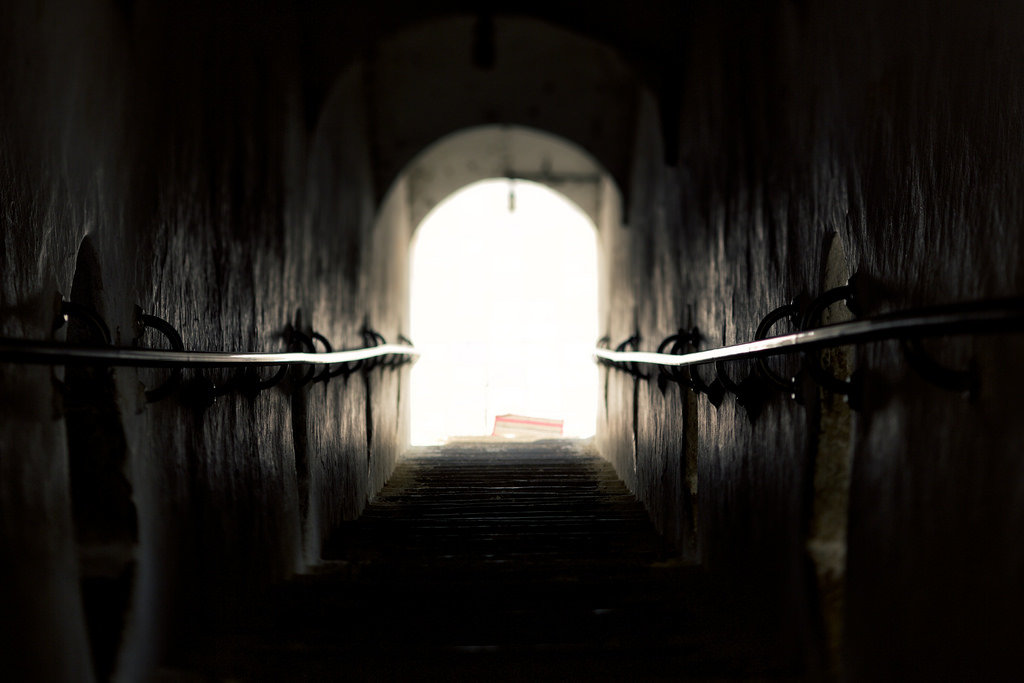 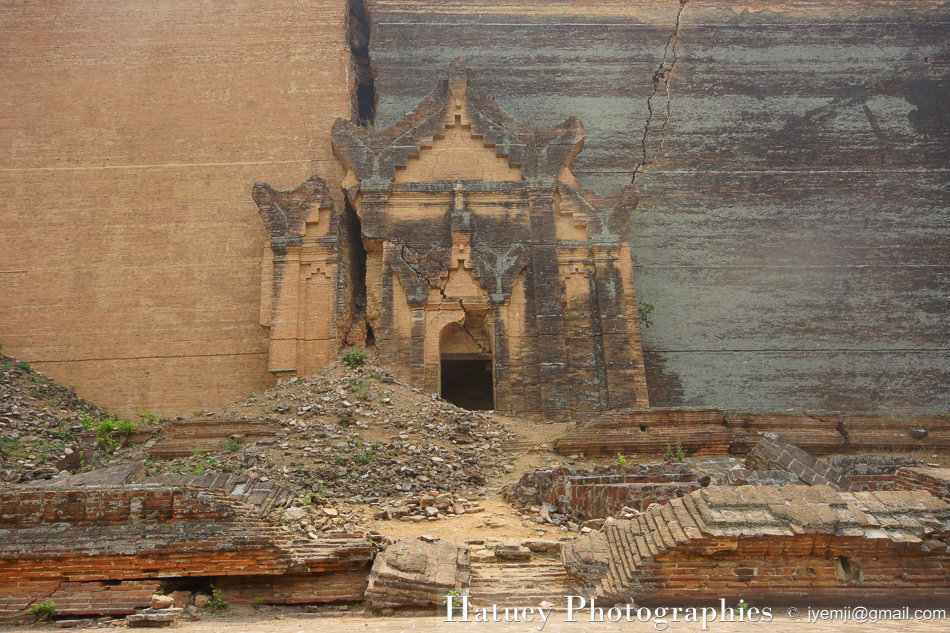 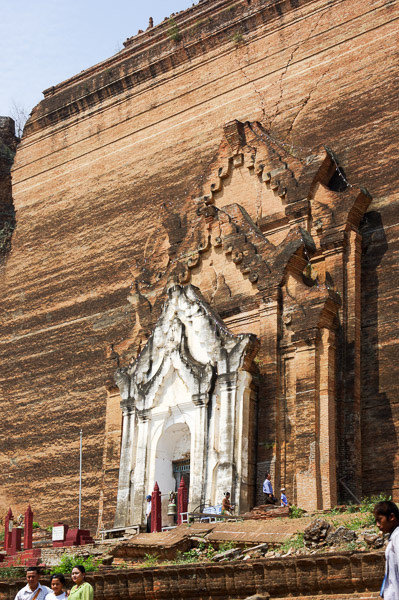 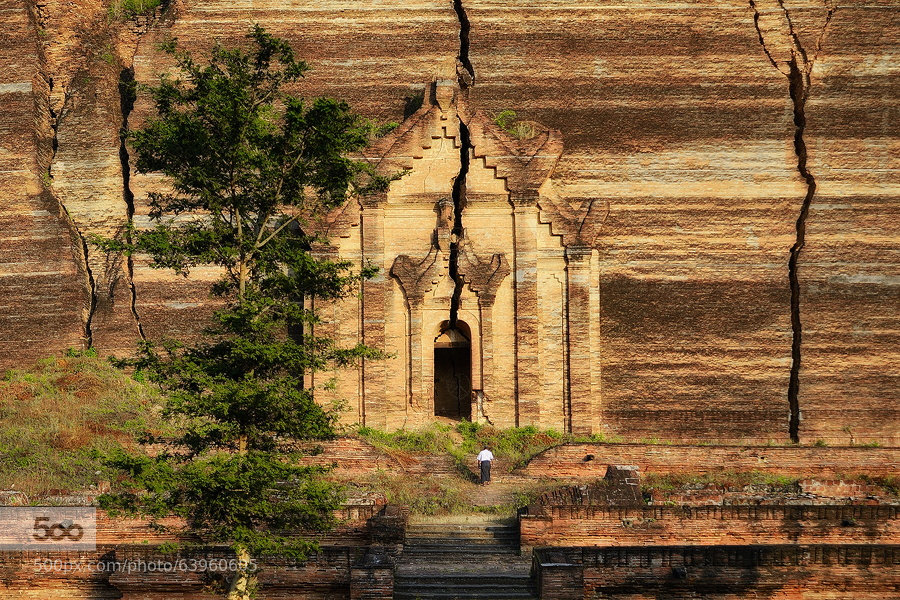 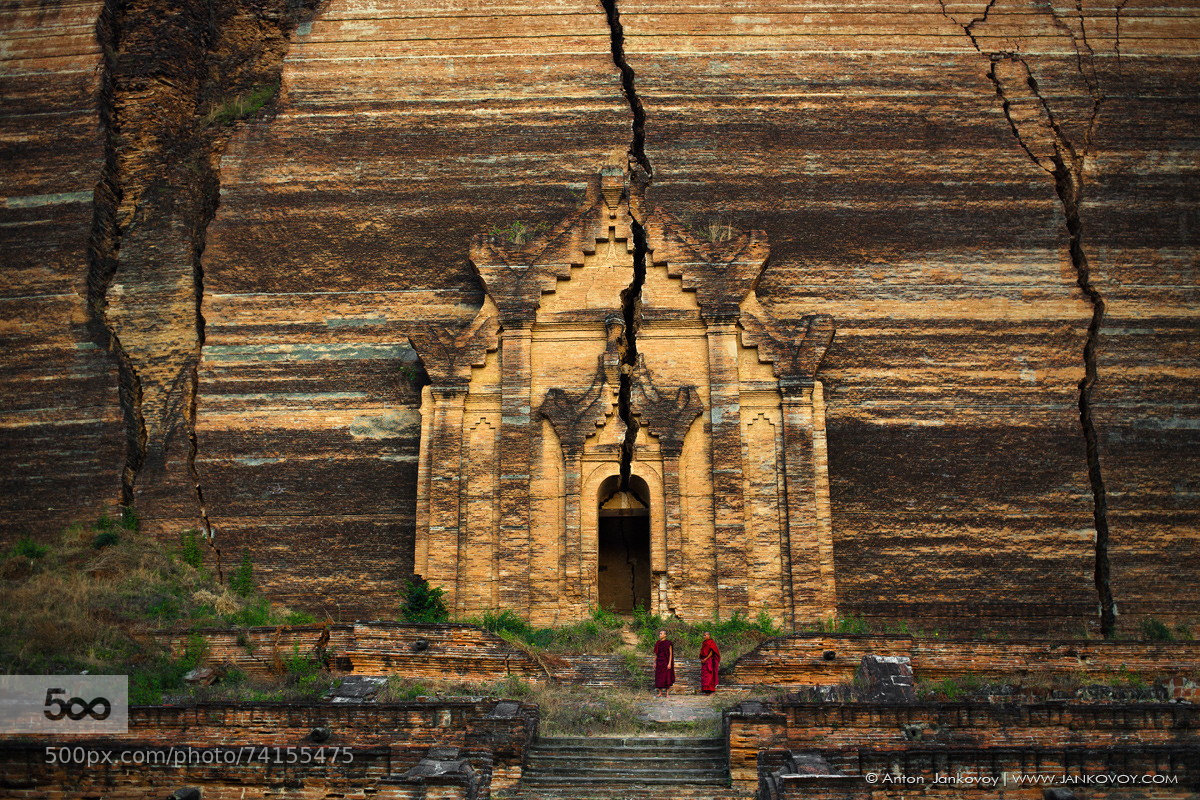 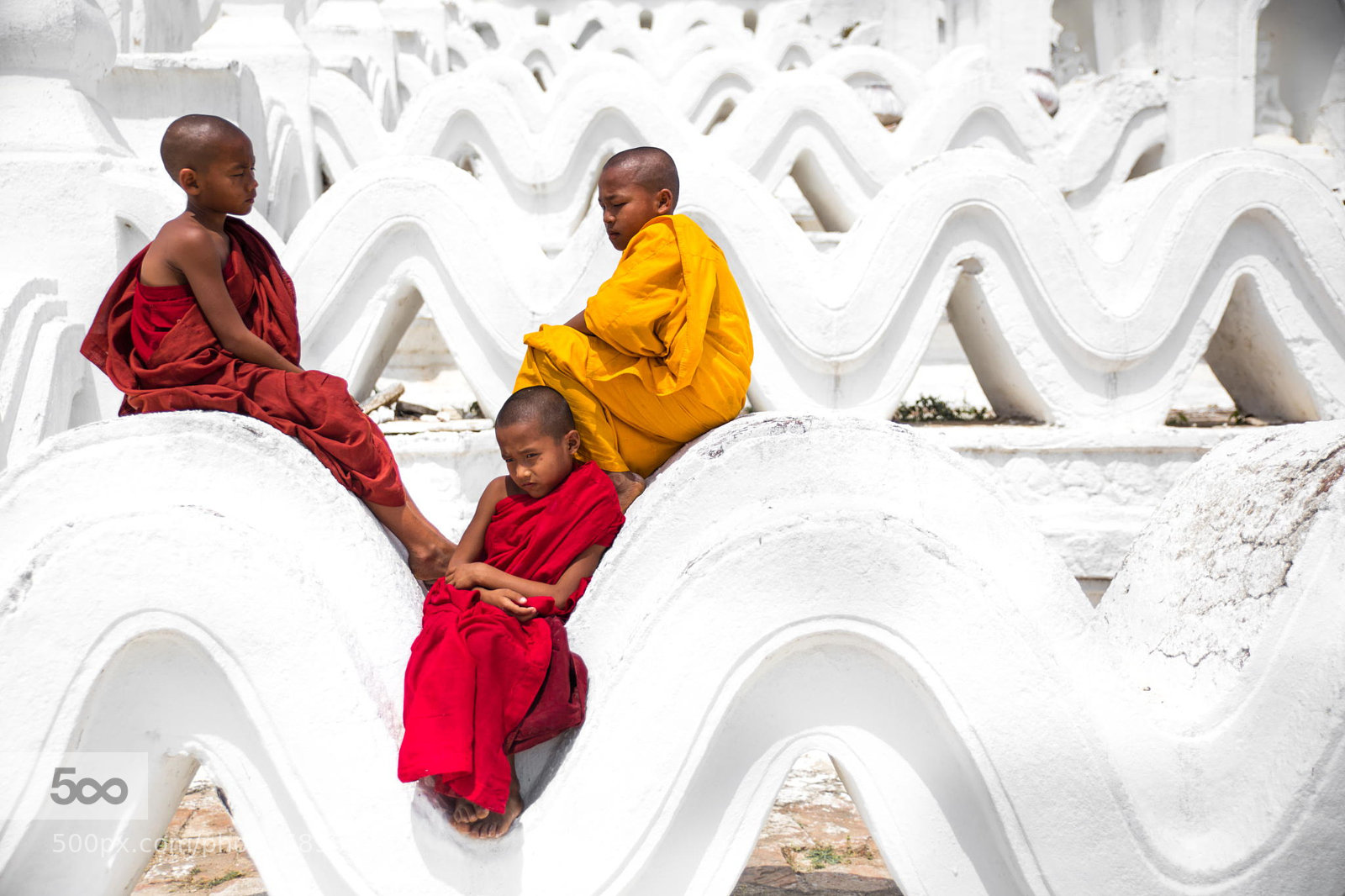 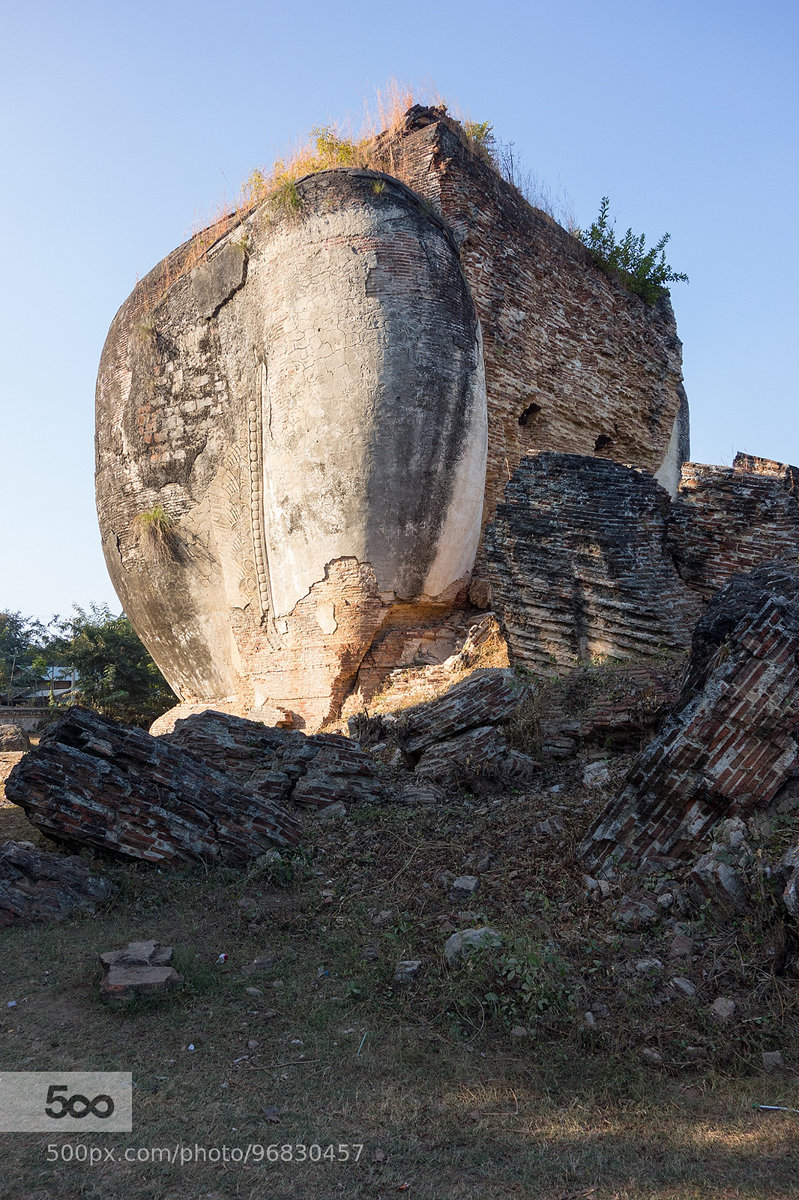