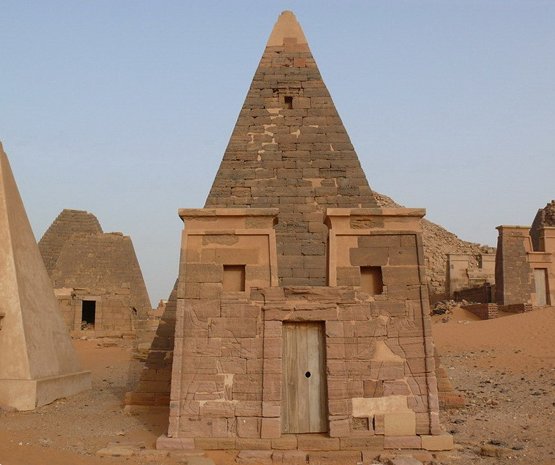 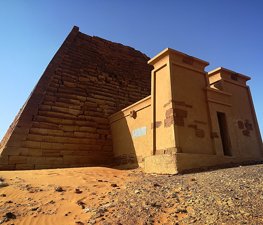 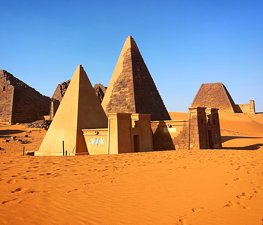 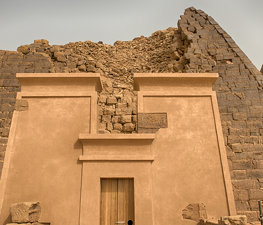 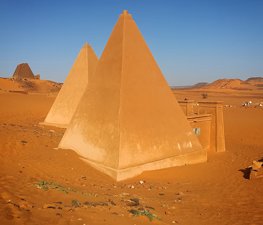 Meroë (Meroitic: Medewi or Bedewi; Arabic: مرواه Meruwah) is the name of an ancient city on the east bank of the Nile about 6 km north-east of the Kabushiya station near Shendi, Sudan, approximately 200 km north-east of Khartoum. Near the site are a group of villages called Bagrawiyah. This city was the capital of the Kingdom of Kush for several centuries. The Kushitic Kingdom of Meroë gave its name to the Island of Meroë, which was the modern region of Butana, a region bounded by the Nile (from the Atbarah River to Khartoum), the Atbarah, Ethiopia, and the Blue Nile.

The city of Meroë was on the edge of Butana and there were two other Meroitic cities in Butana, Musawwarat es-Sufra, and Naqa.

The site of the city of Meroë is marked by more than two hundred pyramids in three groups, of which many are in ruins. They are identified as Nubian pyramids because of their distinctive size and proportions.

Meroë was the southern capital of the Kushite Kingdom, or Napata/Meroitic Kingdom, that spanned the period c. 800 BC - c. 350 AD. Meroë is the spelling that we have inherited from the writings of the ancient Romans. According to partially deciphered Meroitic texts, the name of the city was Medewi or Bedewi (Török, 1998).

Excavations revealed evidence of important, high ranking Kushite burials, from the Napata Period (c. 800 - c. 280 BC) in the vicinity of the settlement called the Western cemetery.

The culture of Meroë developed from the Twenty-fifth Dynasty of Ancient Egypt, which originated in Kush. The importance of the town gradually increased from the beginning of the Meroitic Period, especially from the reign of Arrakkamani (c. 280 BC) when the royal burial ground was transferred to Meroë from Napata (Jebel Barkal).

A famous episode in the early traditions of Meroë is the coming of Alexander the Great with his forces. According to the legend, confronted with the allegedly brilliant military formation of the army led by Queen Candace of Meroë from atop an elephant, he concluded it would be best to withdraw his forces. The whole story of Alexander and Candace's encounter appears to be fictional.

Rome's capture of Egypt led to border clashes and expansion by both Meroë and Rome.

Meroë sometimes came off the better, even looting a head from a statue of the emperor Augustus and burying it under their temple steps, although Nero would send "an expedition to explore Meroe (Sudan)" in 60 A.D. Meroe eventually settled down to a healthy trading relationship with Rome and the Mediterranean.[] However, the kingdom of Meroe began to fade as a power by the first or second century AD, sapped by the war with Roman Egypt and the decline of its traditional industries.

Meroe is mentioned succinctly in the First century AD Periplus of the Erythraean Sea:

"2. On the right-hand coast next below Berenice is the country of the Berbers. Along the shore are the Fish-Eaters, living in scattered caves in the narrow valleys. Farther inland are the Berbers, and beyond them the Wild-flesh-Eaters and Calf-Eaters, each tribe governed by its chief; and behind them, farther inland, in the country towards the west, there lies a city called Meroe."
—Periplus of the Erythraean Sea, Chap.2

The last period of the city is marked by the victory stele of an unnamed ruler of Aksum (almost certainly Ezana) erected at the site of Meroë; from his description, in Greek, that he was "King of the Aksumites and the Omerites," (i.e. of Aksum and Himyar) it is likely this king ruled sometime around 330. Two more inscriptions in Ge'ez script have been found on nearby pyramids; it is uncertain whether they are contemporary with the royal stele, or belong to a later date.

Meroë was the base of a flourishing kingdom whose wealth was due to a strong iron industry, as well as an international trade involving India and China. So much metalworking went in Meroë through the work of bloomeries and possibly blast furnaces that it was even called "the Birmingham of Africa" because of its vast production and trade of iron to the rest of Africa and international trade partners. The Egyptian import water-moving wheel the sakia was used to move water along with irrigation to increase crop production.

At the time, iron was one of the most important metals worldwide, and Meroitic metalworkers were among the best in the world. Meroë also exported textiles and jewelry. Their textiles were based on cotton and working on this product reached its highest achievement in Nubia around 400 BC. Furthermore, Nubia was very rich in gold. Trade in "exotic" animals from farther south in Africa was another feature of their economy. It is possible that the Egyptian word for gold, nub, was the source of name of Nubia.

At its peak, Meroitic rulers controlled Lake Chad and its surroundings (Davidson, 1966).

The King of Meroë was an autocrat ruler who shared his authority only with the Queen Mother, or Candace. However, the role of the Queen Mother remains obscure. The administration consisted of treasurers, seal bearers, heads of archives, and chief scribes, among others.

By the third century BC a new indigenous alphabet, the Meroitic, consisting of twenty-three letters, replaced Egyptian script. The Meroitic script is an alphabetic script originally derived from Egyptian hieroglyphs, used to write the Meroitic language of the Kingdom of Meroë/Kush. It was developed sometime during the Napatan Period (about 700 - 300 BC), and first appears in the 2nd century BC. For a time, it was also possibly used to write the Nubian language of the successor Nubian kingdoms.

They also had southern deities such as Apedemak, the lion-son of Sekhmet (or Bast, depending upon the region). They also continued worshiping Egyptian deities brought with them, such as Amun, Tefnut, Horus, Isis, Thoth, and Satis, although to a lesser extent.

Modern archaeology in Sudan has been difficult because of the on-going civil war. In the nineteenth century, after the ruins at Meroë had been described by several European travellers, some treasure-hunting excavations were executed on a small scale in 1834 by Giuseppe Ferlini, who discovered (or professed to discover) various antiquities, chiefly in the form of jewelry, now in the museums of Berlin and Munich.

The ruins were examined more carefully in 1844 by Karl Richard Lepsius, who brought many plans, sketches, and copies, besides actual antiquities, to Berlin. Further excavations were carried on by E. A. Wallis Budge in the years 1902 and 1905, the results of which are recorded in his work, The Egyptian Sudan: its History and Monuments (London, 1907). Troops were furnished by Sir Reginald Wingate, governor of Sudan, who made paths to and between the pyramids, and sank shafts.

It was found that the pyramids regularly were built over sepulchral chambers, containing the remains of bodies either burned or buried without being mummified. The most interesting objects found were the reliefs on the chapel walls, already described by Lepsius; these present the names and representations of their queens, Candaces or the Nubian Kentakes, some kings, and some chapters of the Book of the Dead; some stelae with inscriptions in the Meroitic language, and some vessels of metal and earthenware. The best of the reliefs were taken down stone by stone in 1905, and set up partly in the British Museum and partly in the museum at Khartoum.

In 1910, in consequence of a report by Archibald Sayce, excavations were commenced in the mounds of the town and the necropolis by John Garstang on behalf of the University of Liverpool. Garstang discovered the ruins of a palace and several temples built by the Meroite rulers.

Tips & Hints
Arrange By:
Popular first New first
There are no tips nor hints for Meroë yet. Maybe be you will be the first one to post useful information for fellow travellers? :)
5.9/10
1,418 people have been here
I've been here
Add to wishlist

Pyramids of Meroë on Foursquare

Sudanese Museum is one of the main attractions of Sudan. The National 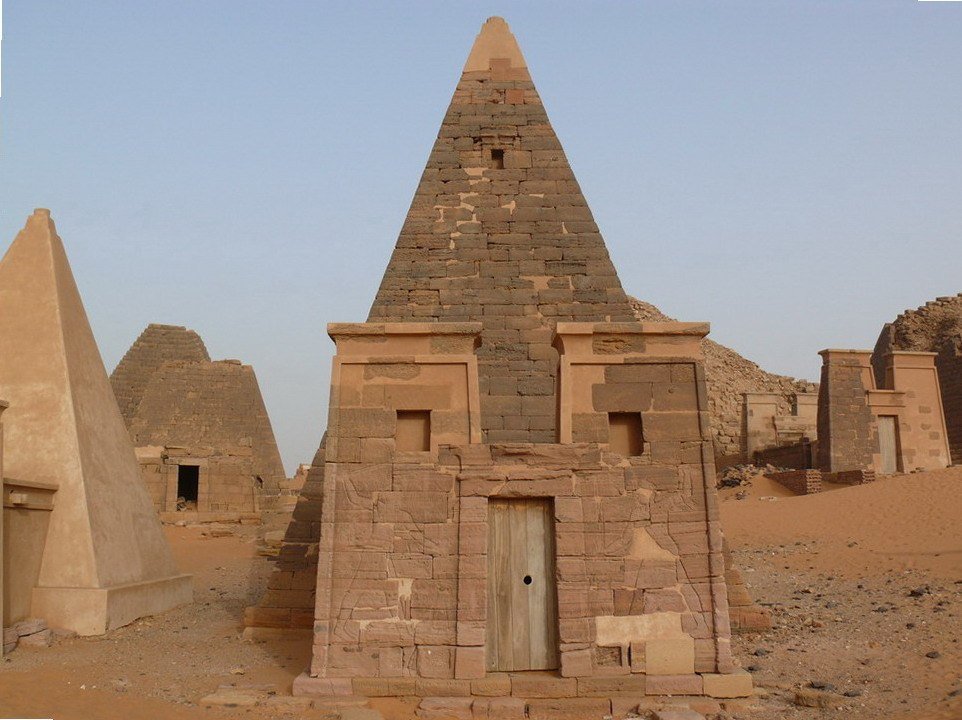 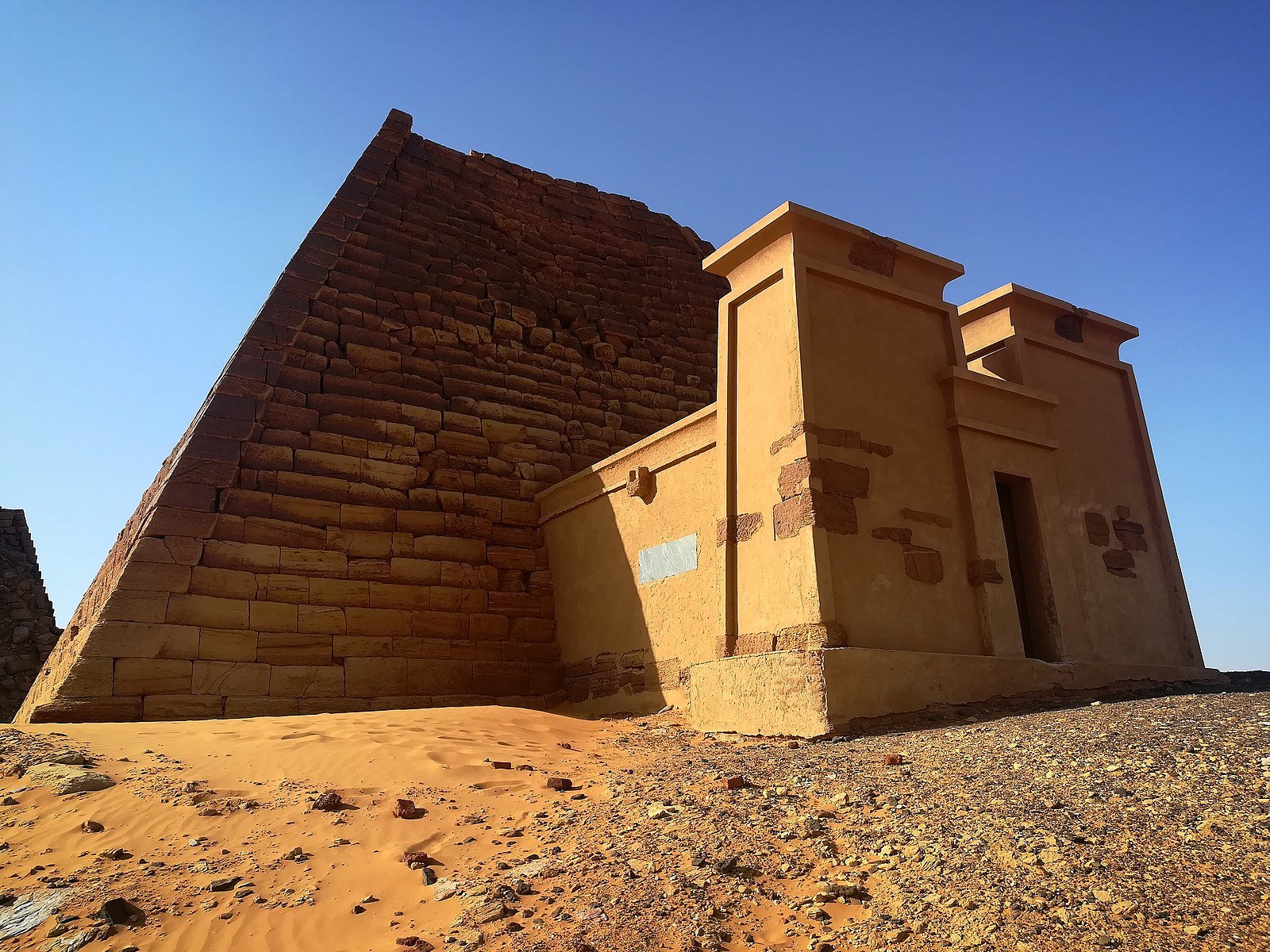 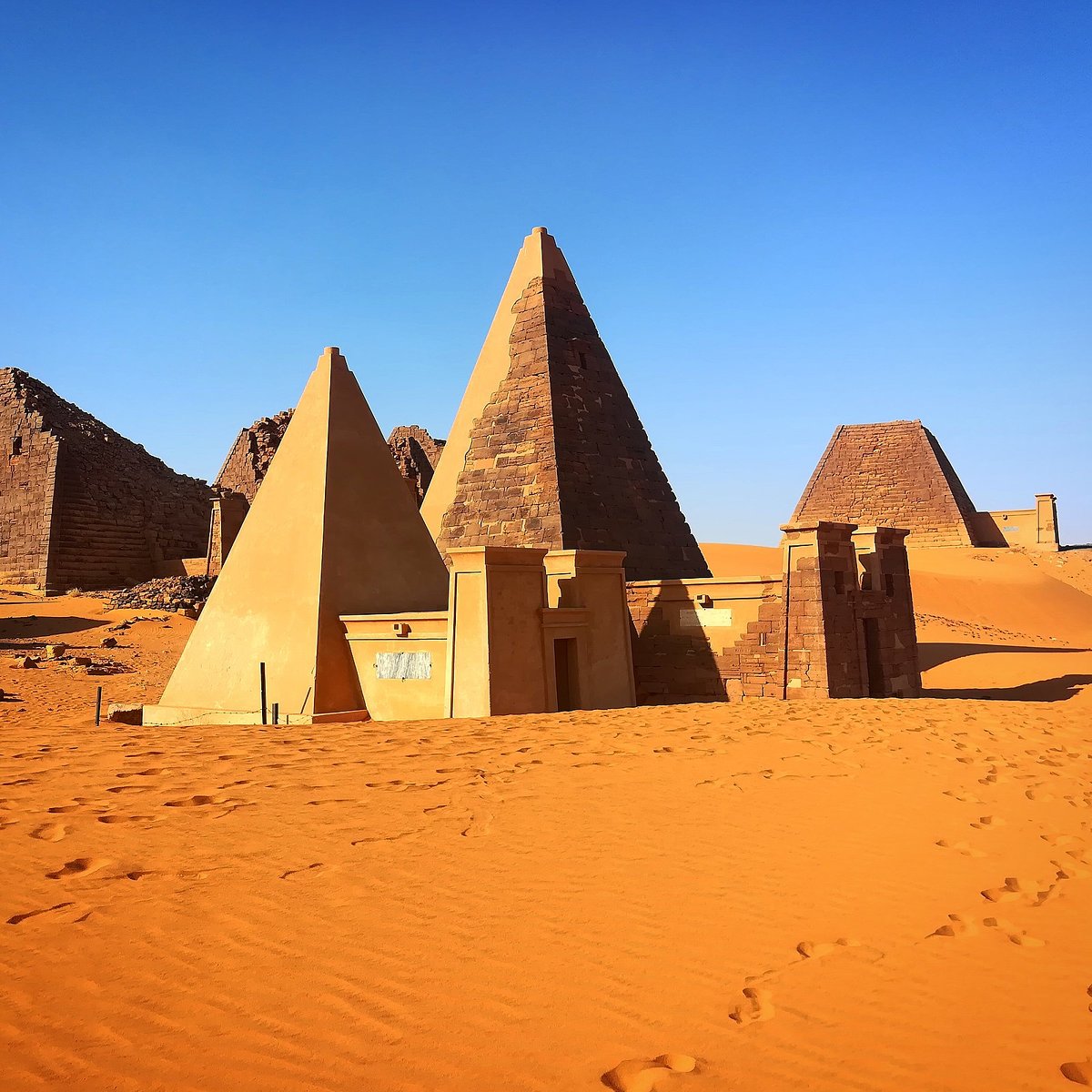 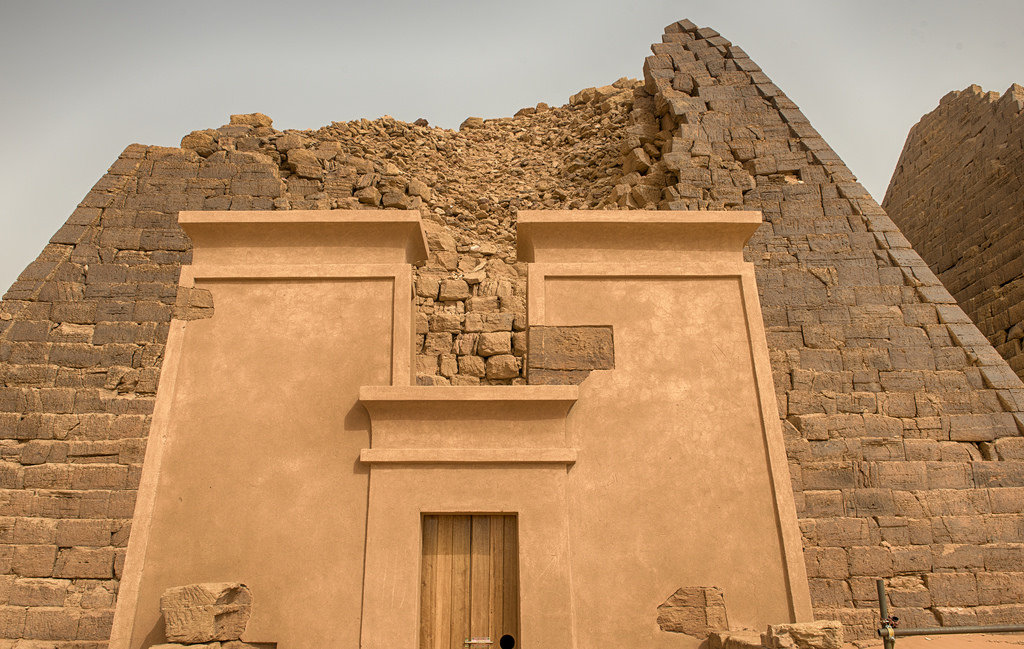 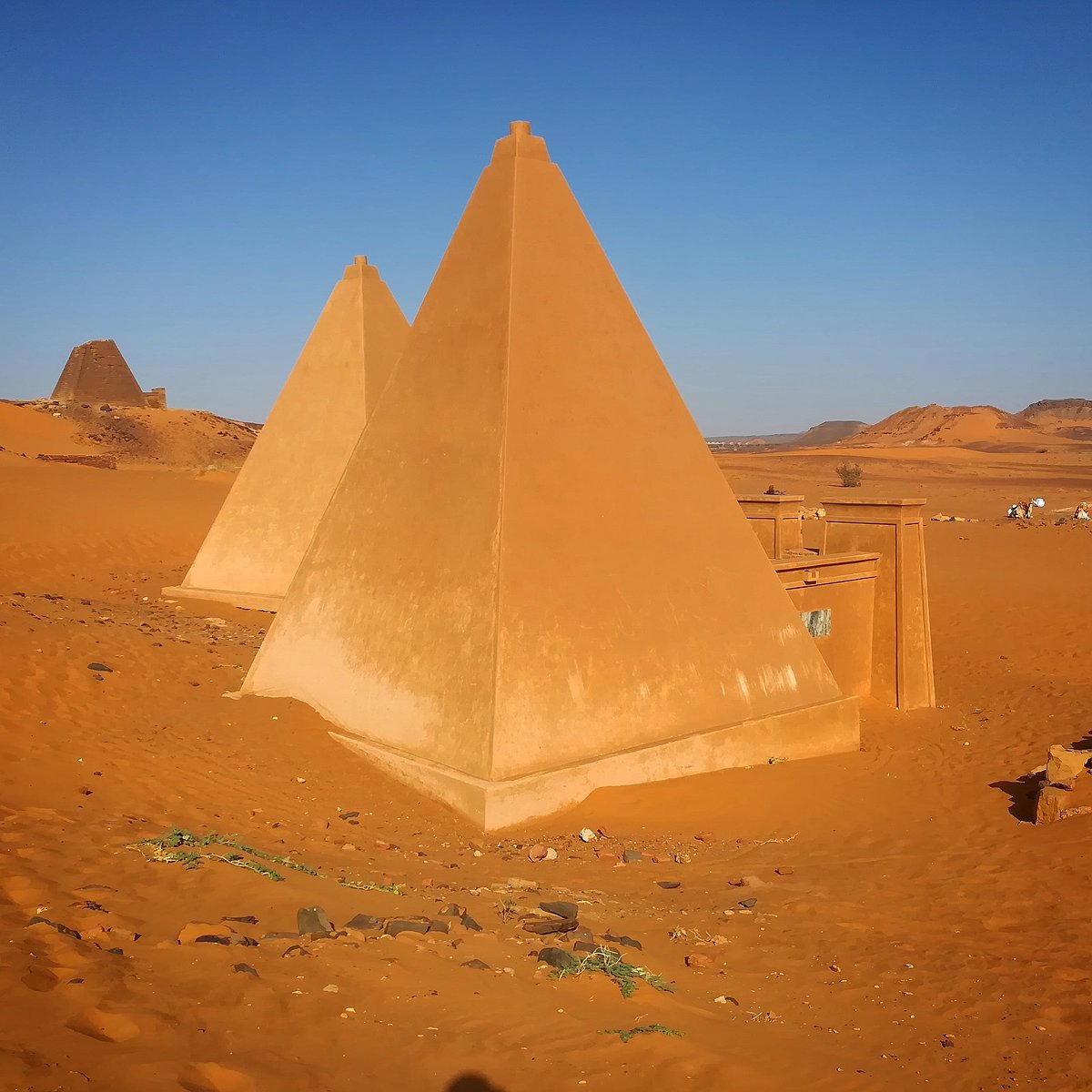 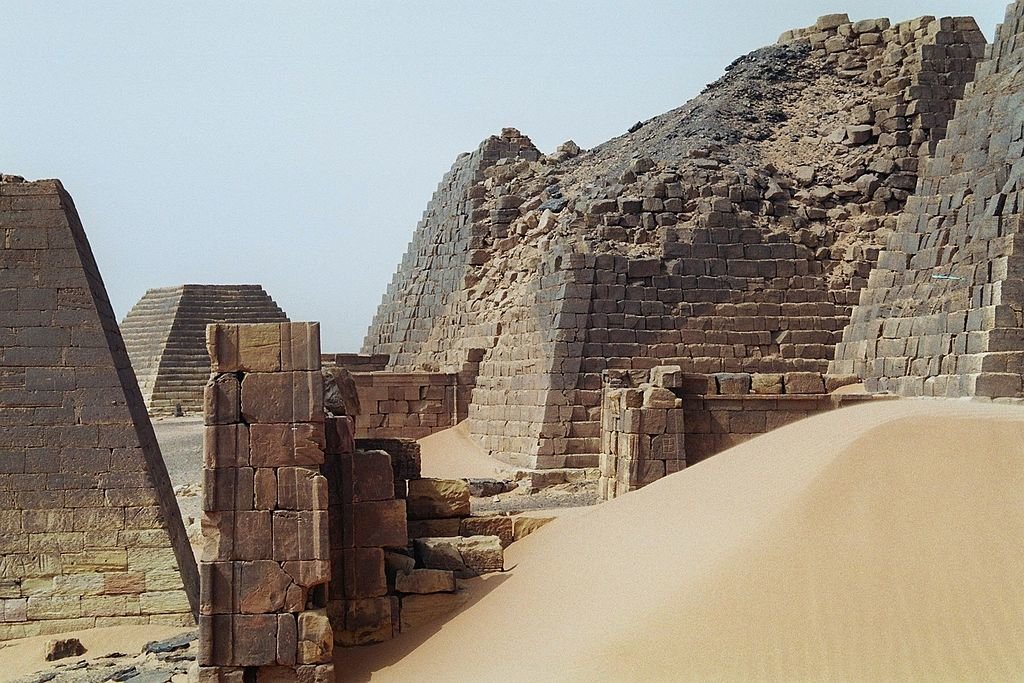 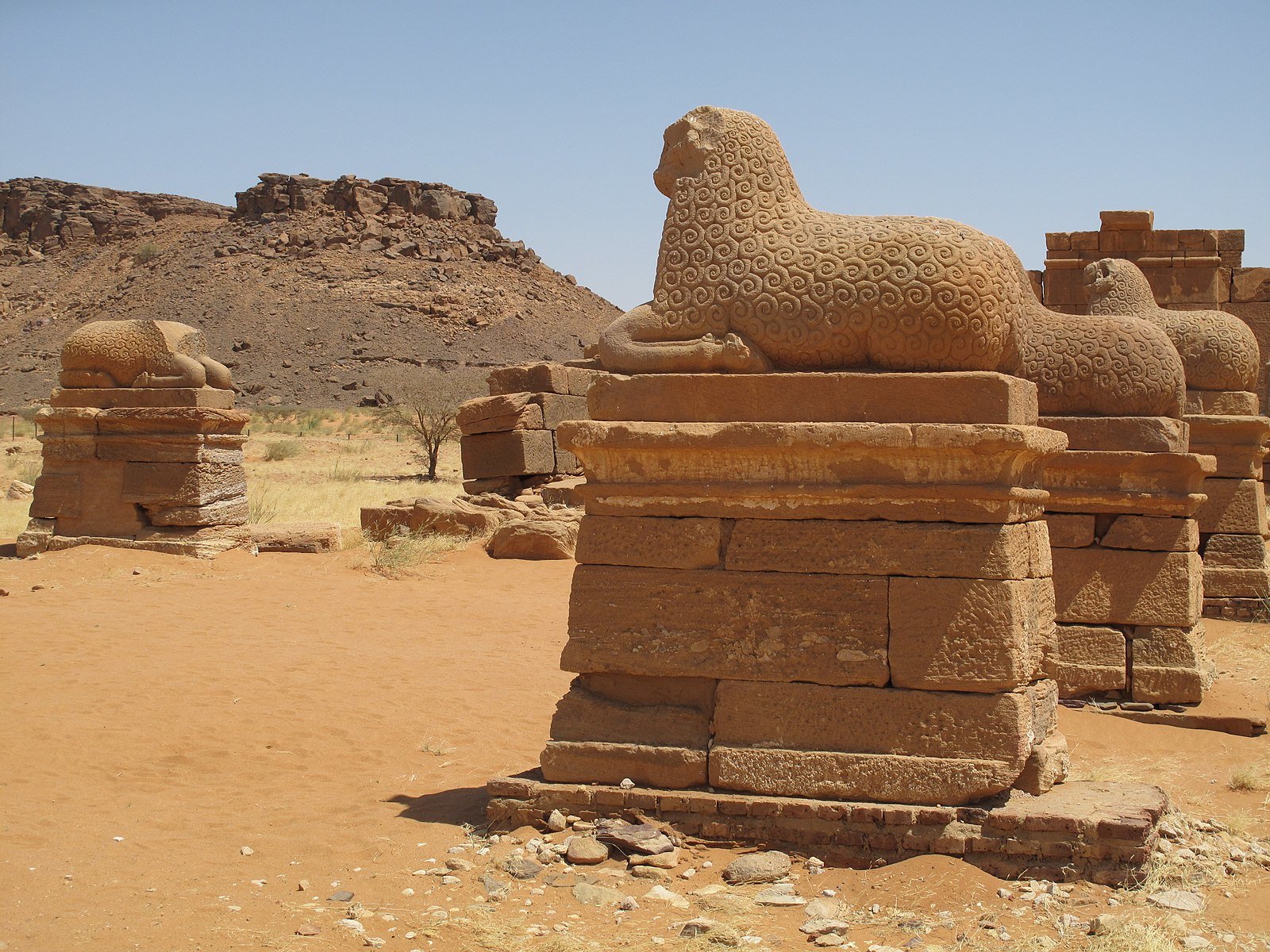 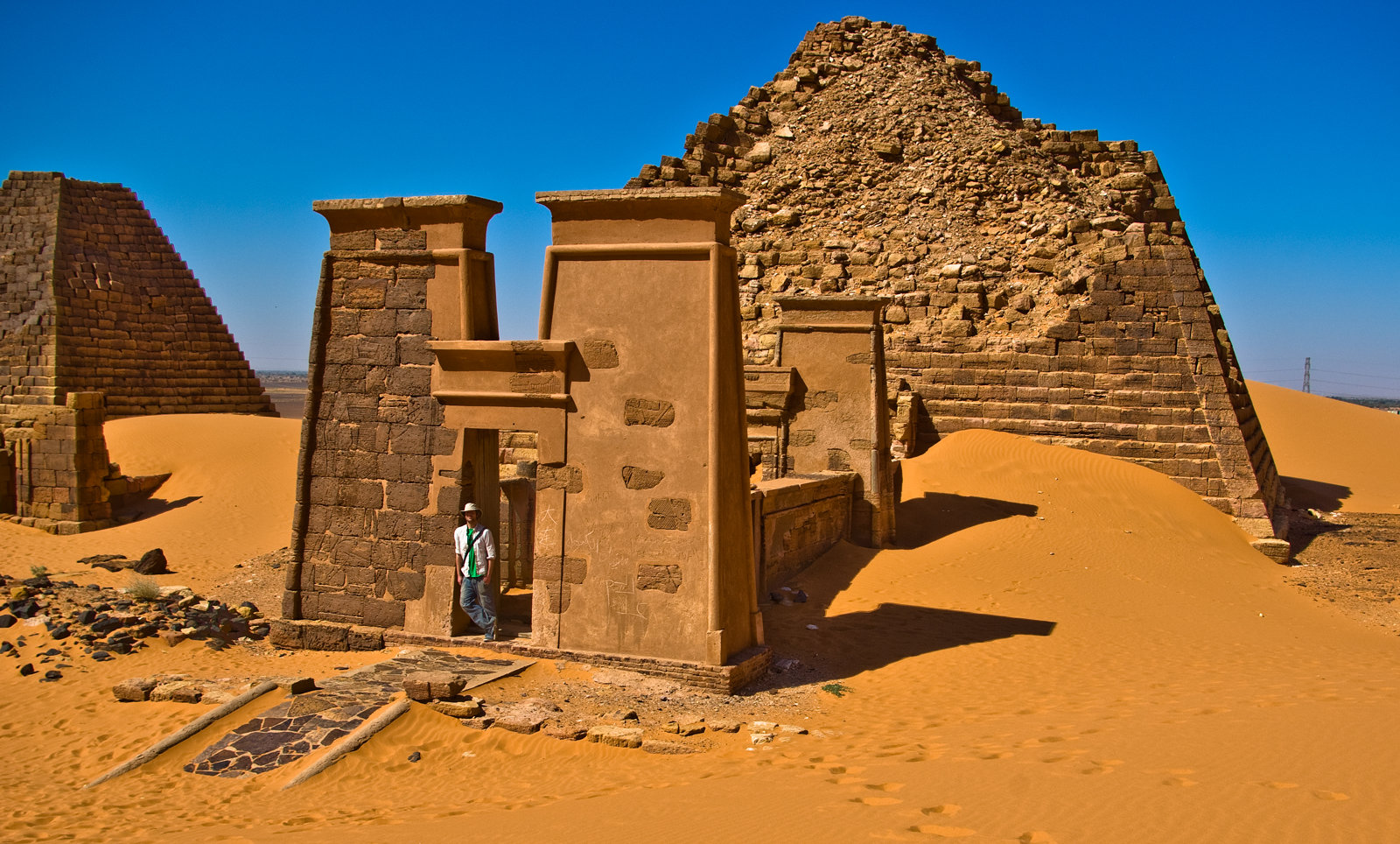 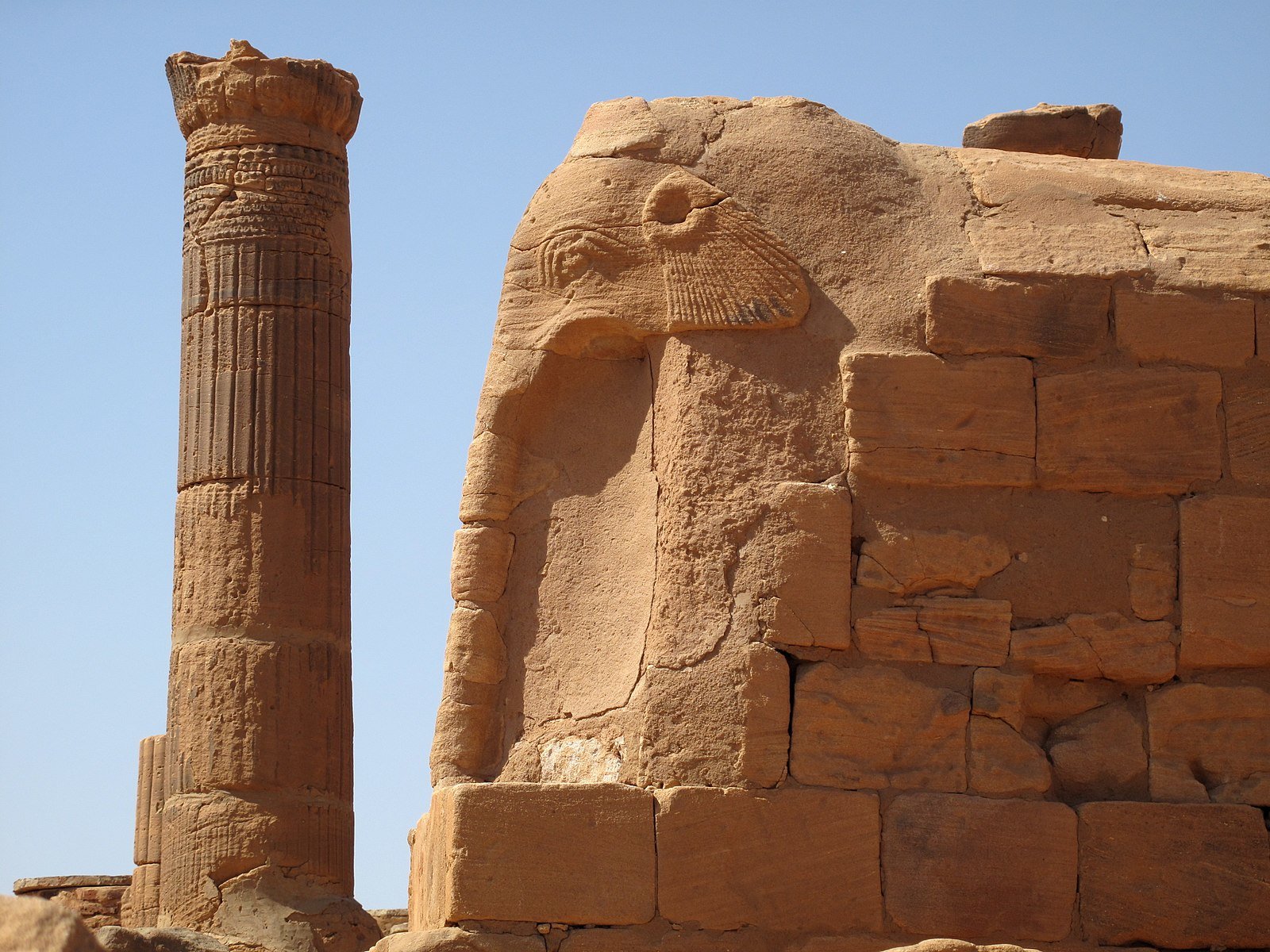 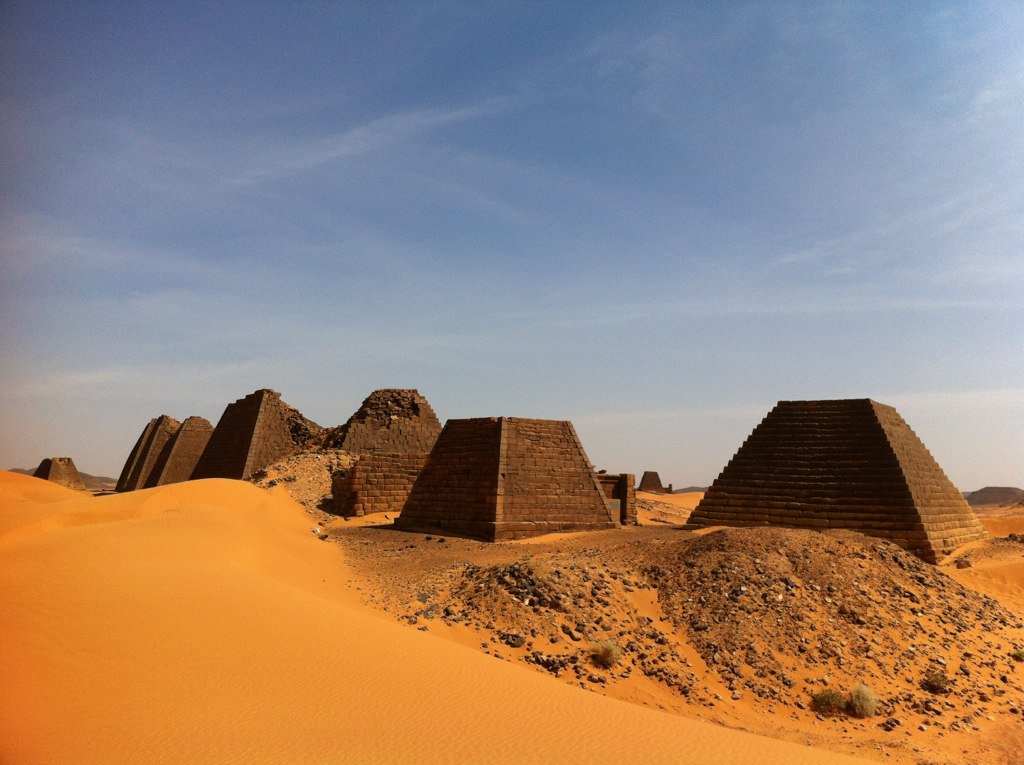 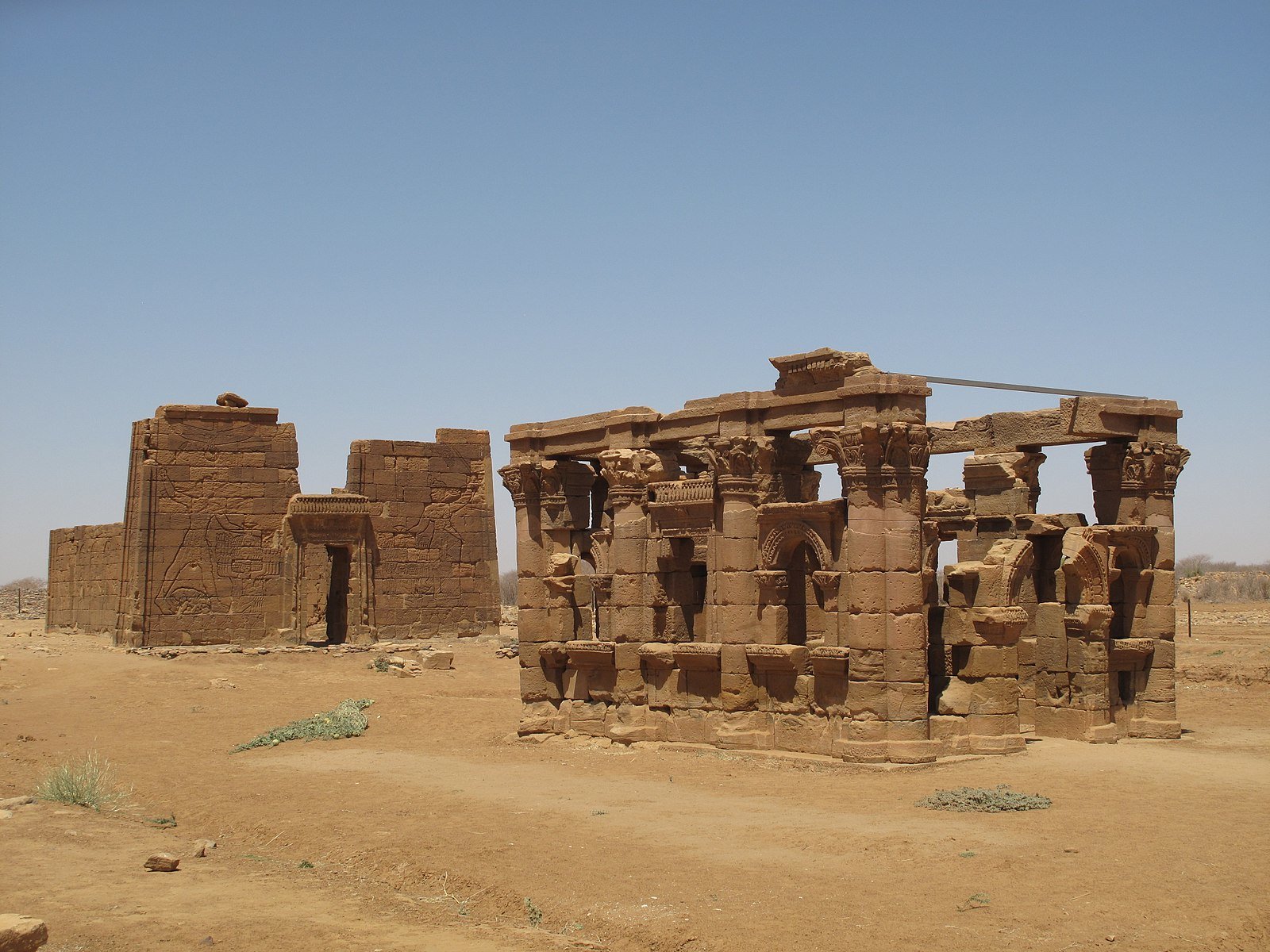 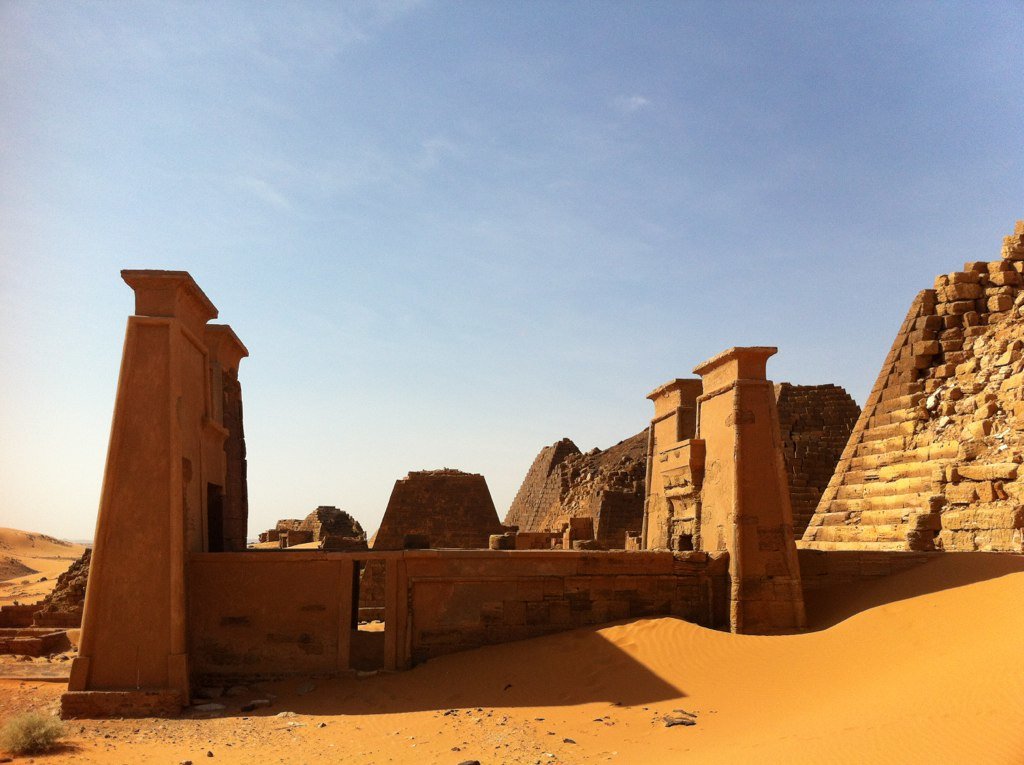 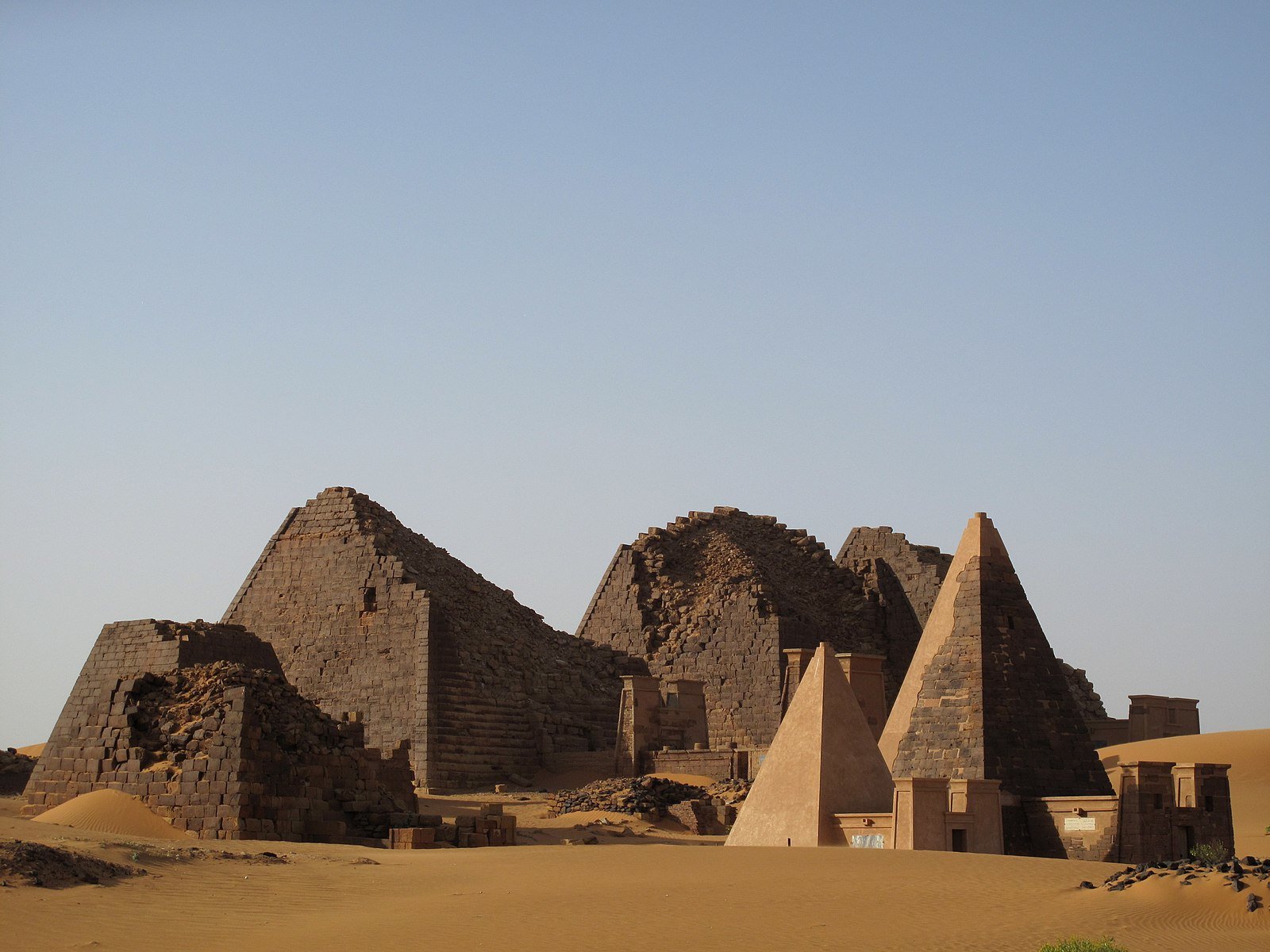 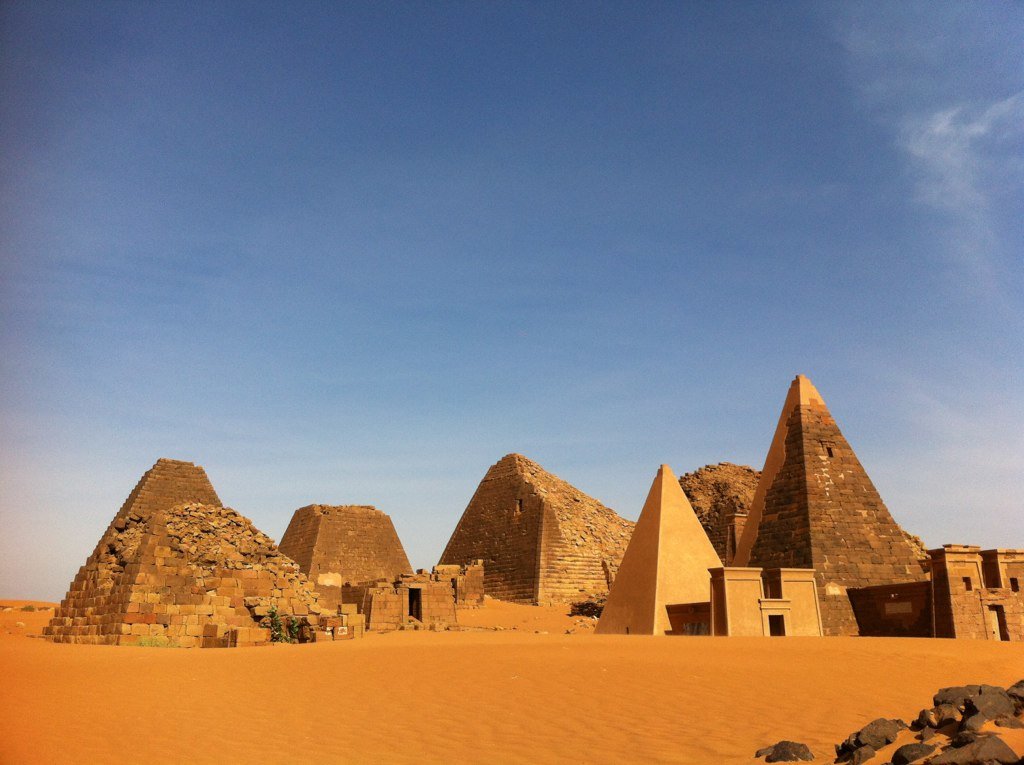 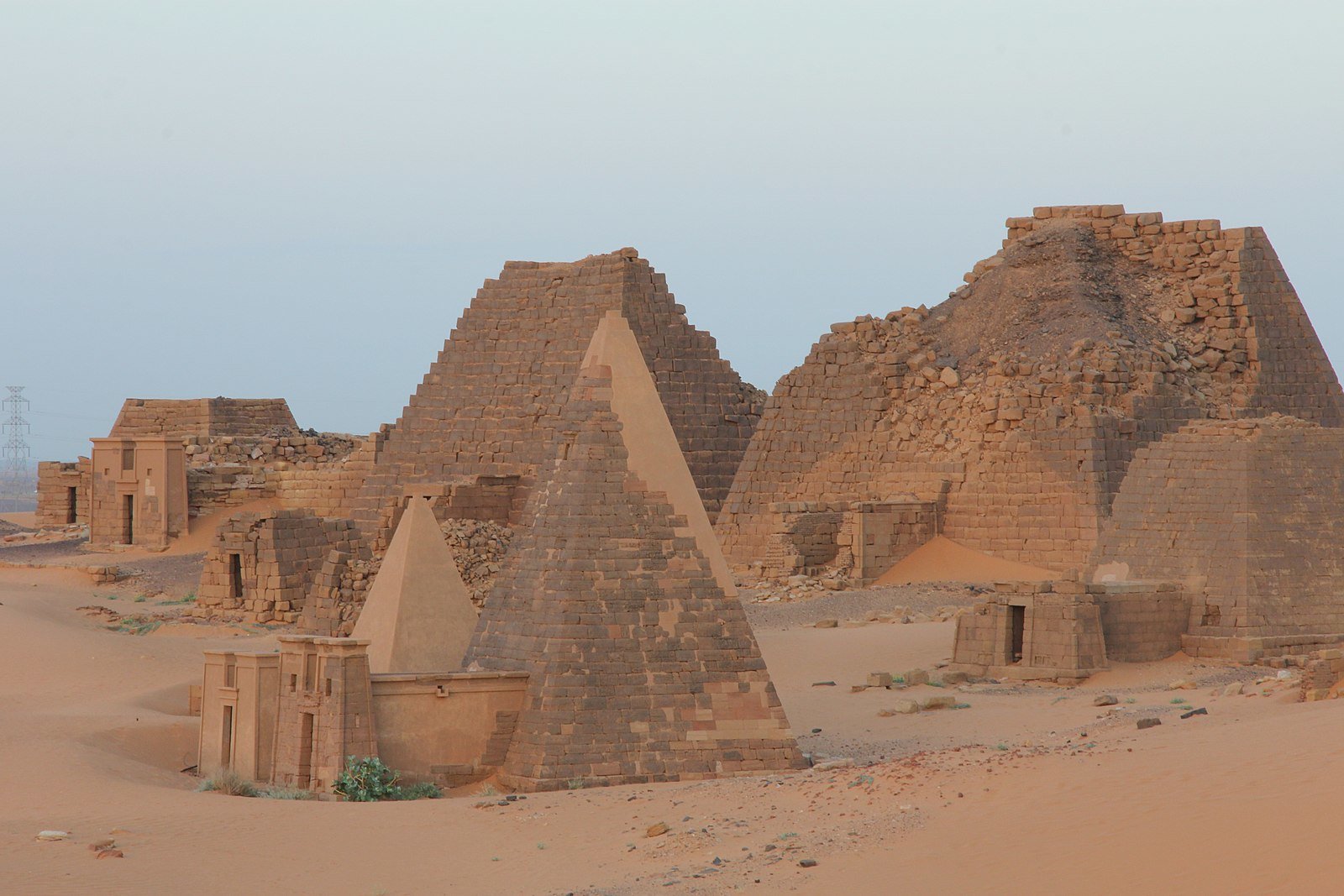 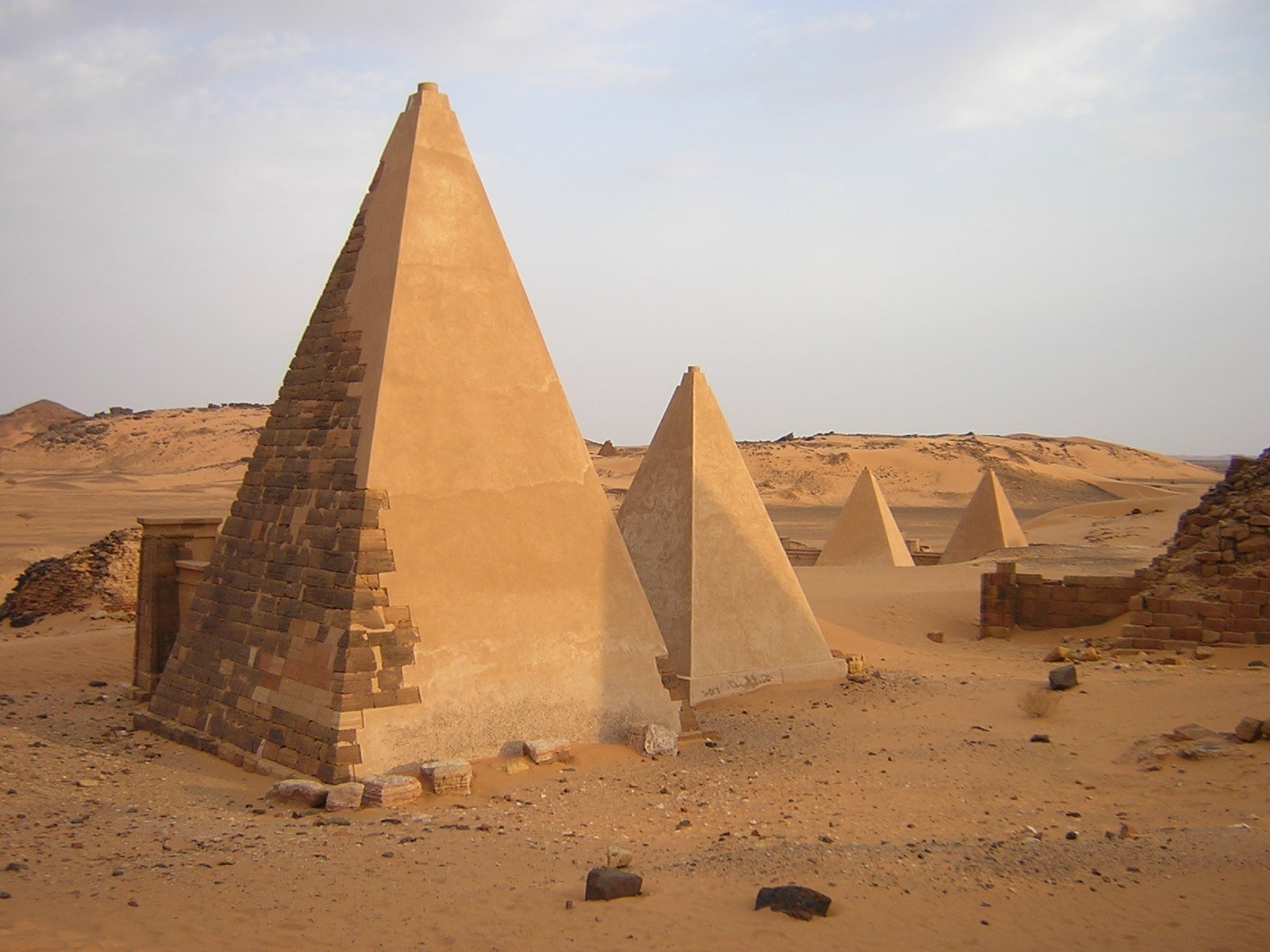 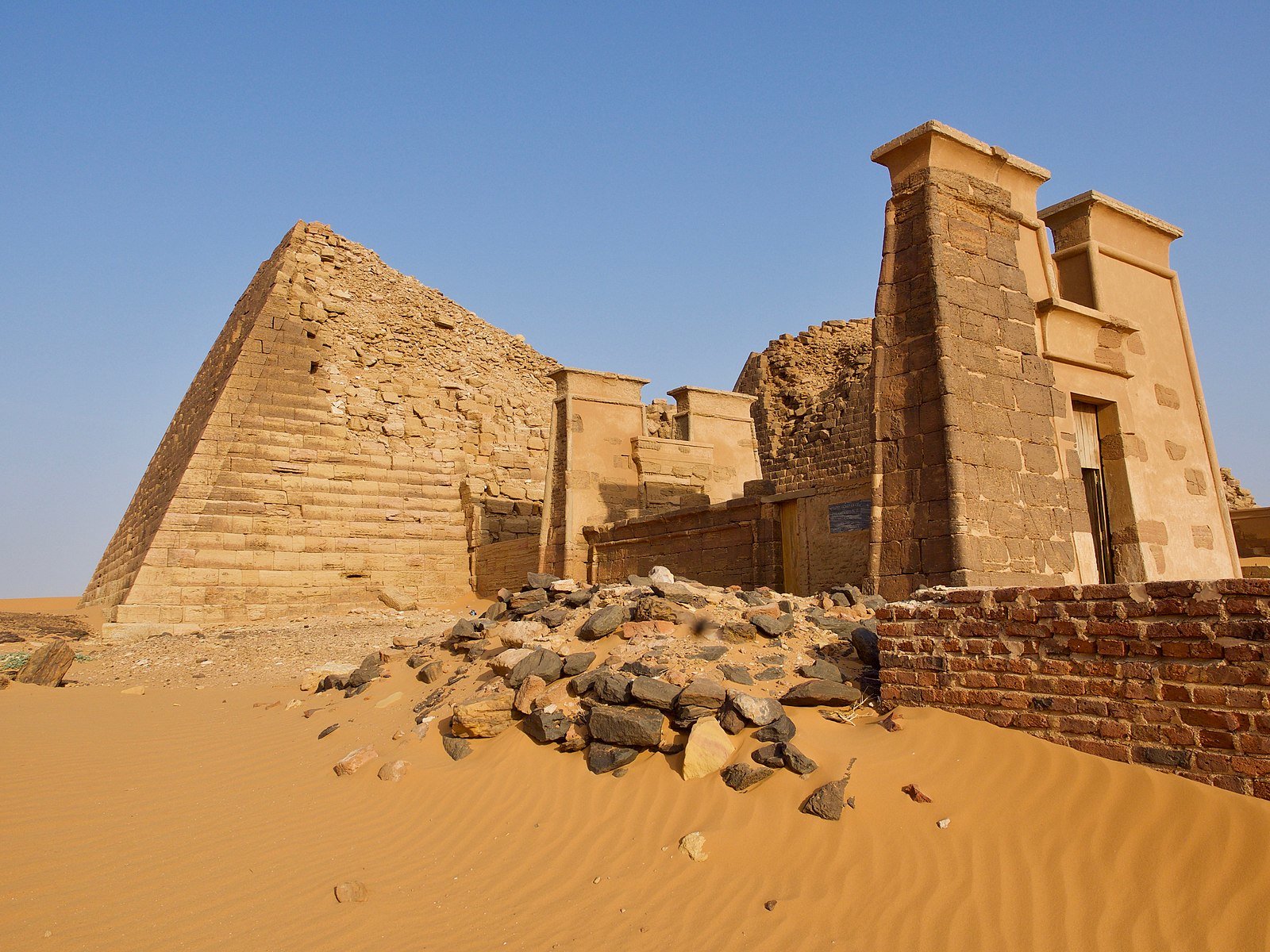 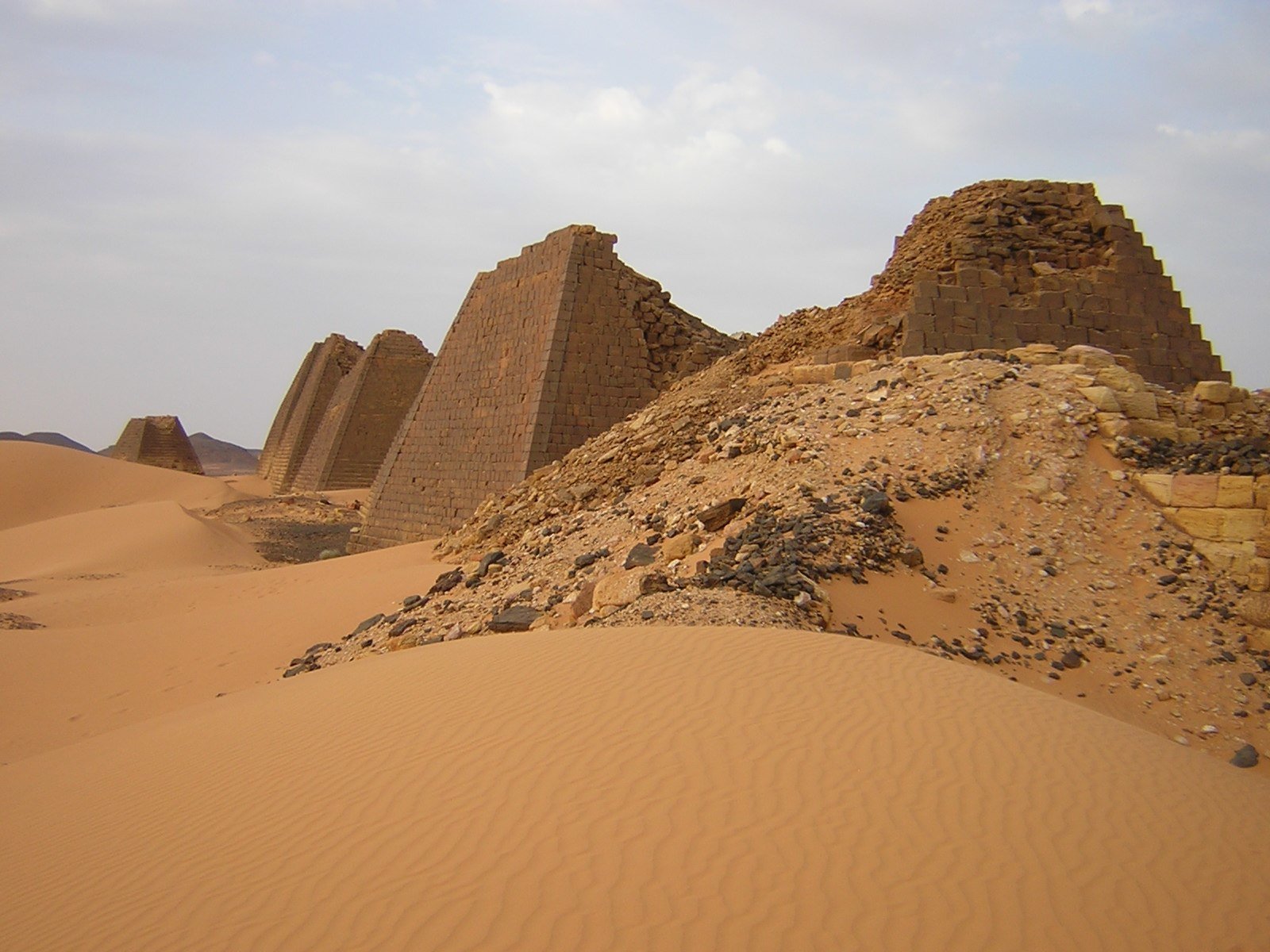 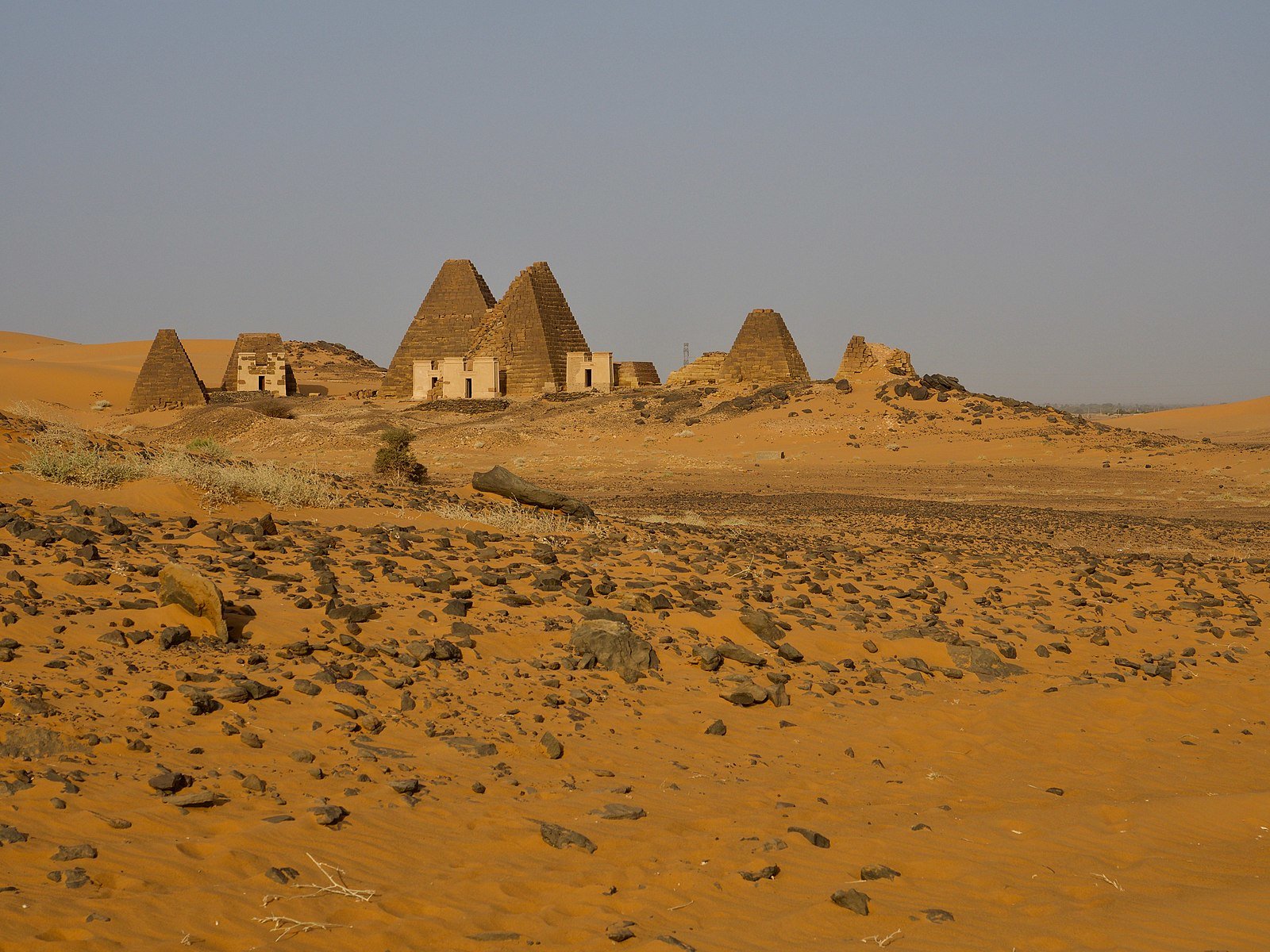 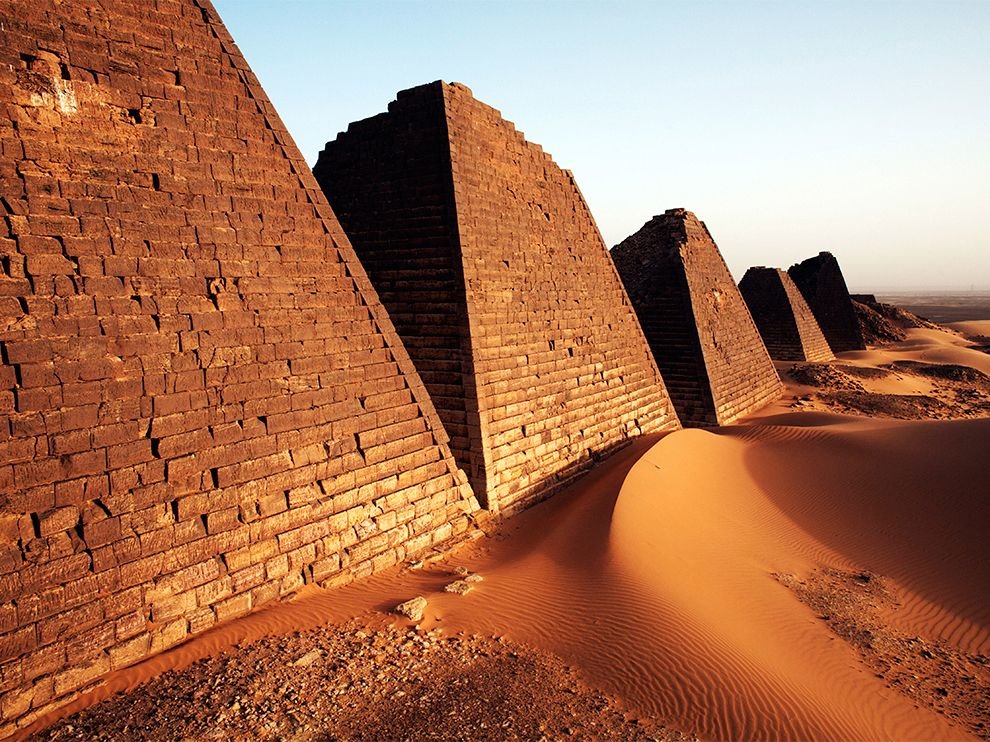 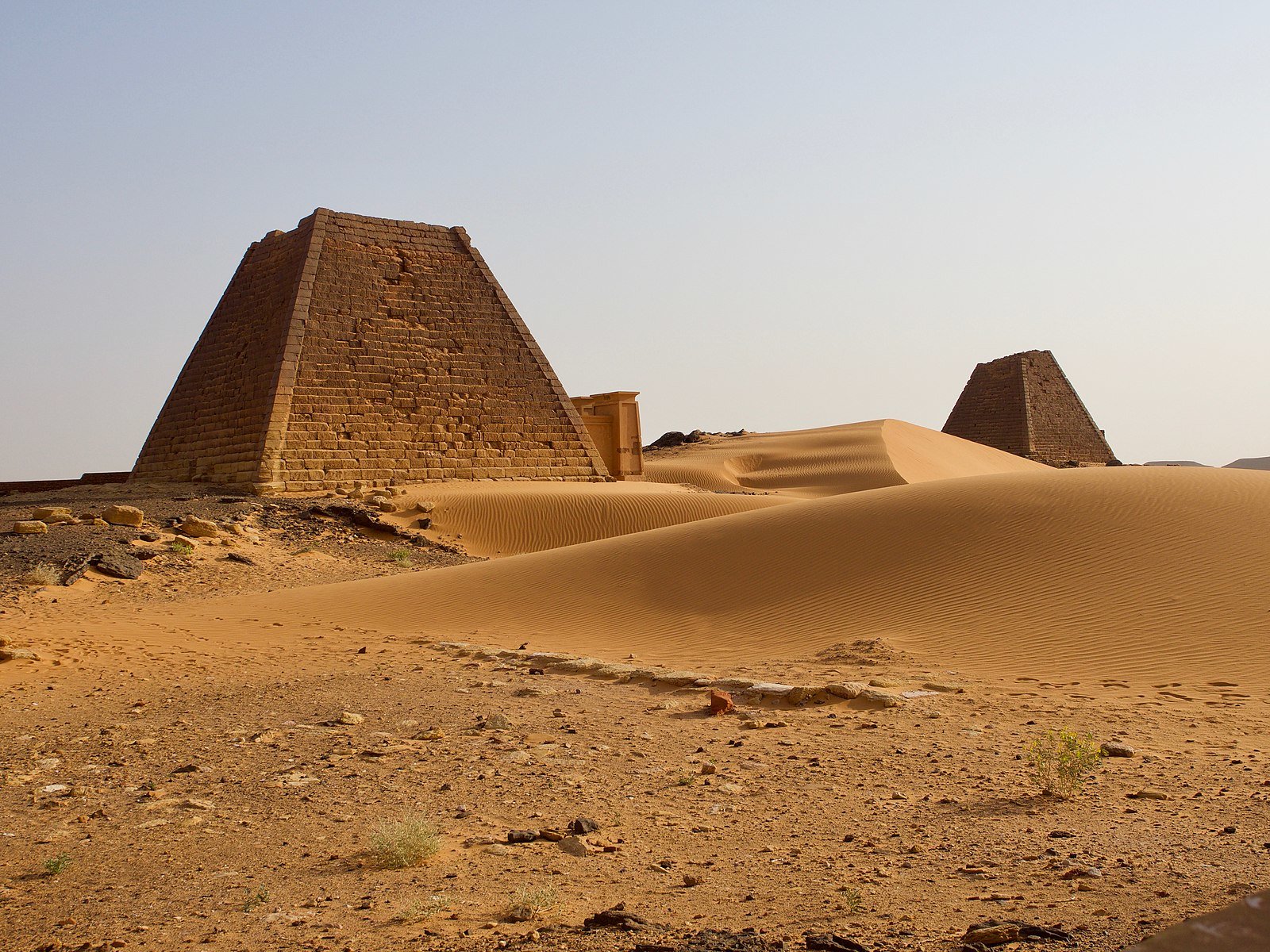