×
What are you looking for?
See all results
Amphitheaters in Mérida 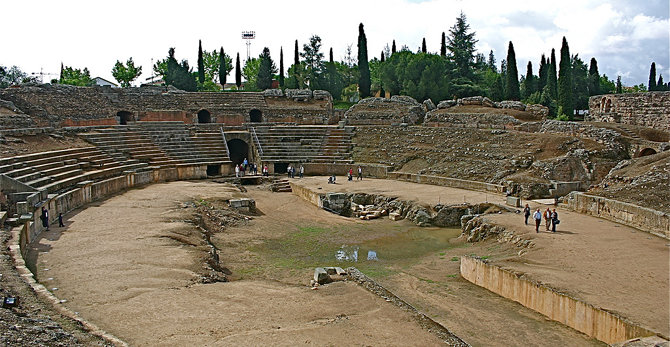 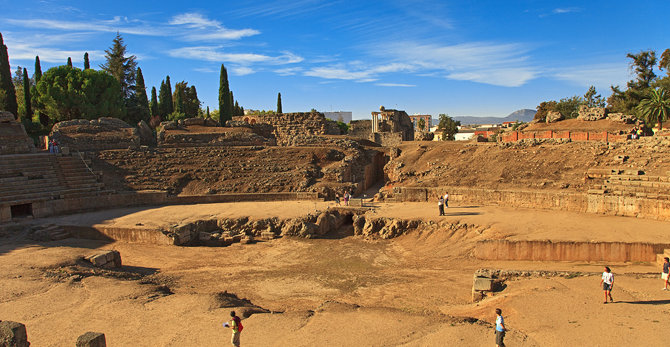 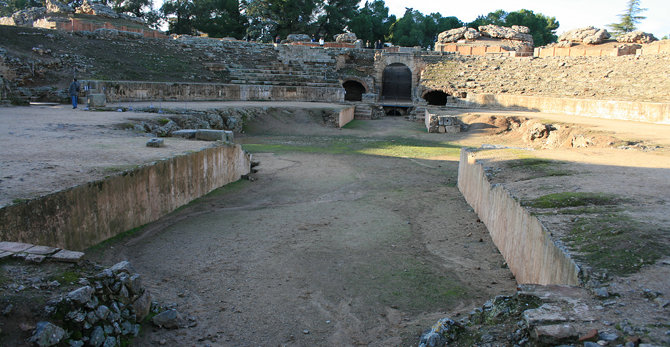 The Amphitheatre of Merida, was built in the roman colony of Emerita Augusta, which was founded in 25 B.C. by Octavius Augustus, emeritus soldiers discharged from the Roman army, two veteran legions of the Cantabrian Wars: Legio V Alaudae and Legio X Gemina. The city was the capital of the Roman province of Lusitania. The term emeritus meant in latin "retired" and referred to retired soldiers with honor.

The amphitheater is part of The Archaeological Ensemble of Mérida, which is one of the largest and most extensive archaeological sites in Spain. It was declared a World Heritage Site by UNESCO in 1993.

Construction was popular with more depth than the theater itself, and was inaugurated in the year 8 B.C. This building was intended for gladiatorial combats. between beasts or men and beasts, so-called venationes.

The sand had a 'fossa bestiaria' in the center, which was covered with wood and sand. This fossa is used to house animals that later would face the gladiators.

Its design consists of: a grandstand with ima, media and summa cavea, and a central arena. The stands had a carrying capacity of approximately 15,000 spectators and available -Scalae- stairs and hallways that connected the different parts -cune.

The ima cavea had of a row reserved for the ruling class and 10 more for the public commoner. Also built two stands located at both sides of the minor axis, one above the main entrance hall and another in front. Under them were the inscriptions with which they could date the amphitheater.

The amphitheater is located in these conditions because this is where they faced the Romans against the Carthaginians in the Punic wars.

The Acueducto de los Milagros ('Miraculous Aqueduct') is a ruined

The Roman Forum is an archaeological area in Mérida, Spain. It was

The Circus Maximus (Spanish: Circo romano) is a Roman hippodrome in

The Proserpina Dam is a Roman gravity dam in Badajoz (province),

The Cornalvo Dam is a Roman gravity dam in Badajoz province,

Castillo de Alange is a tourist attraction, one of the Castles in

The Colosseum or Roman Coliseum, originally the Flavian Amphitheatre 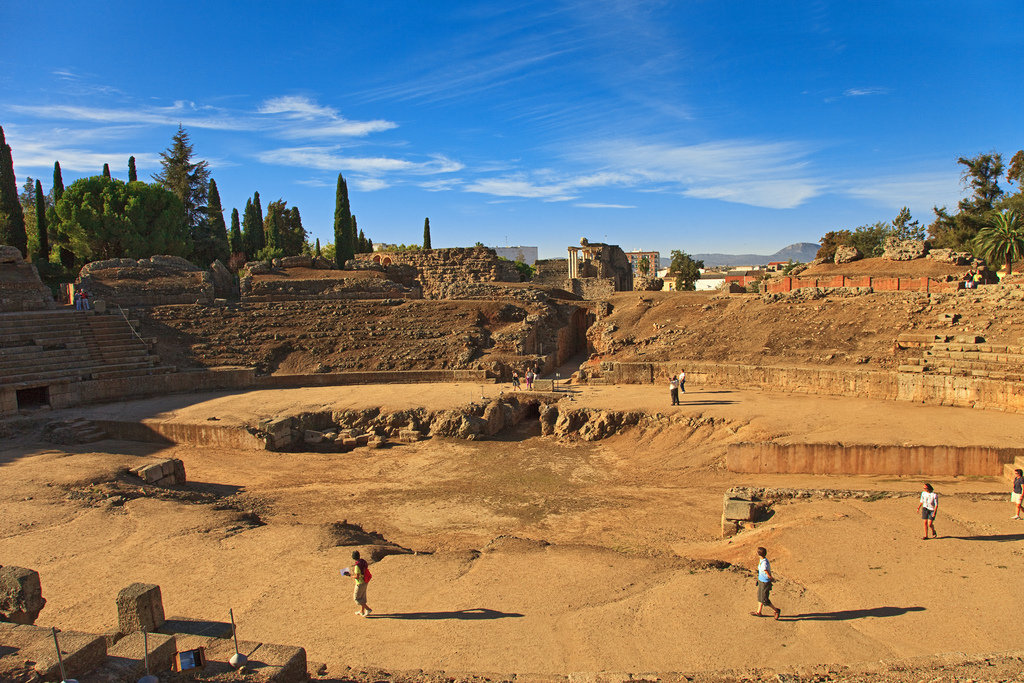 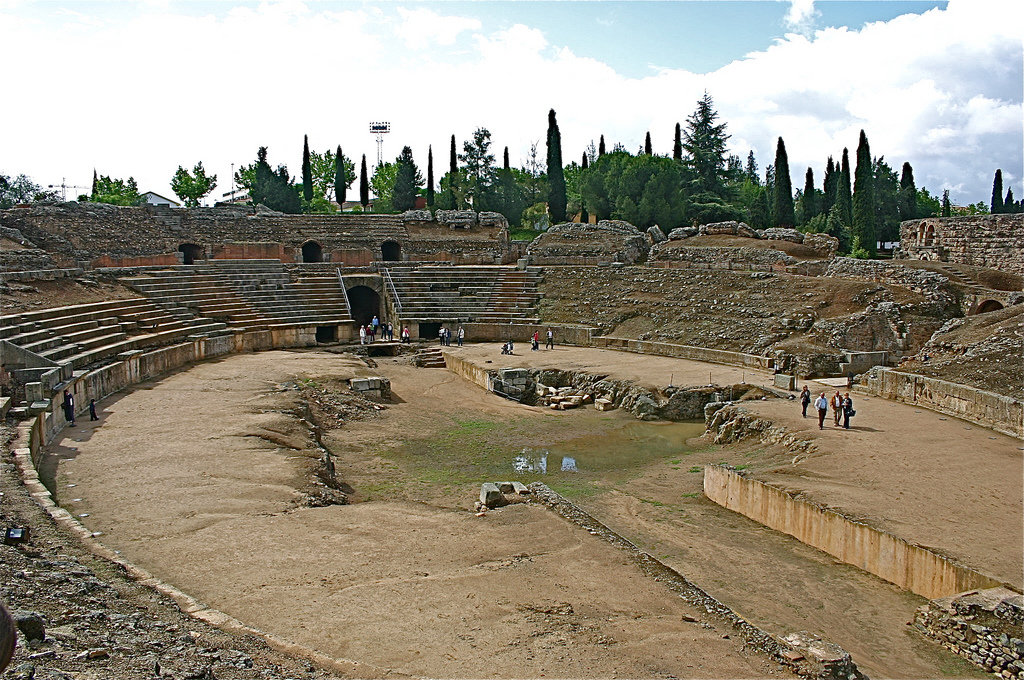 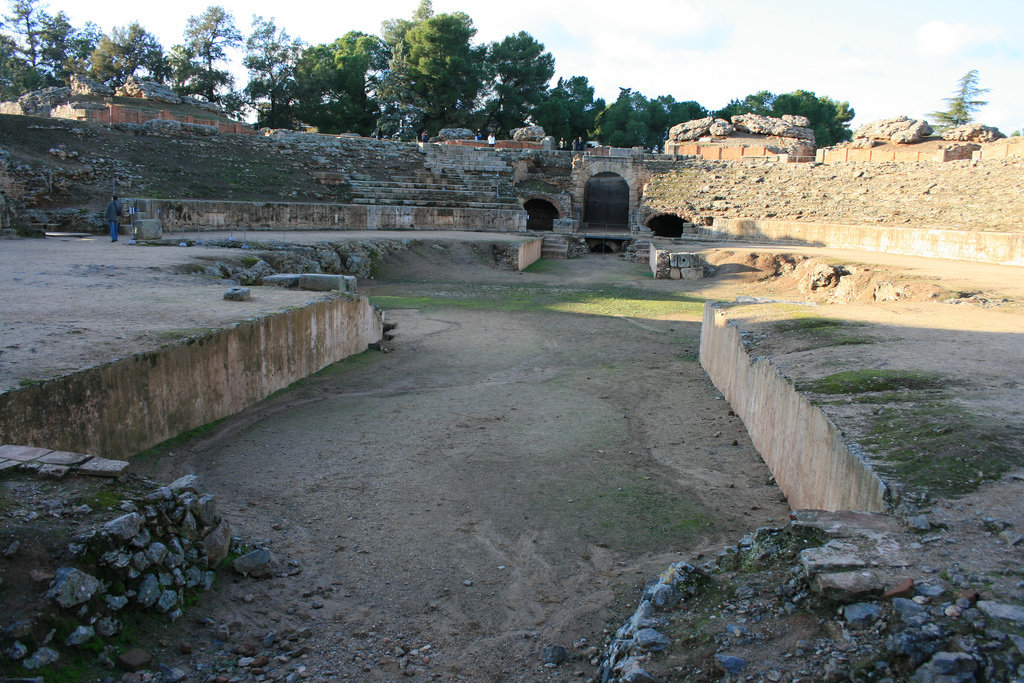 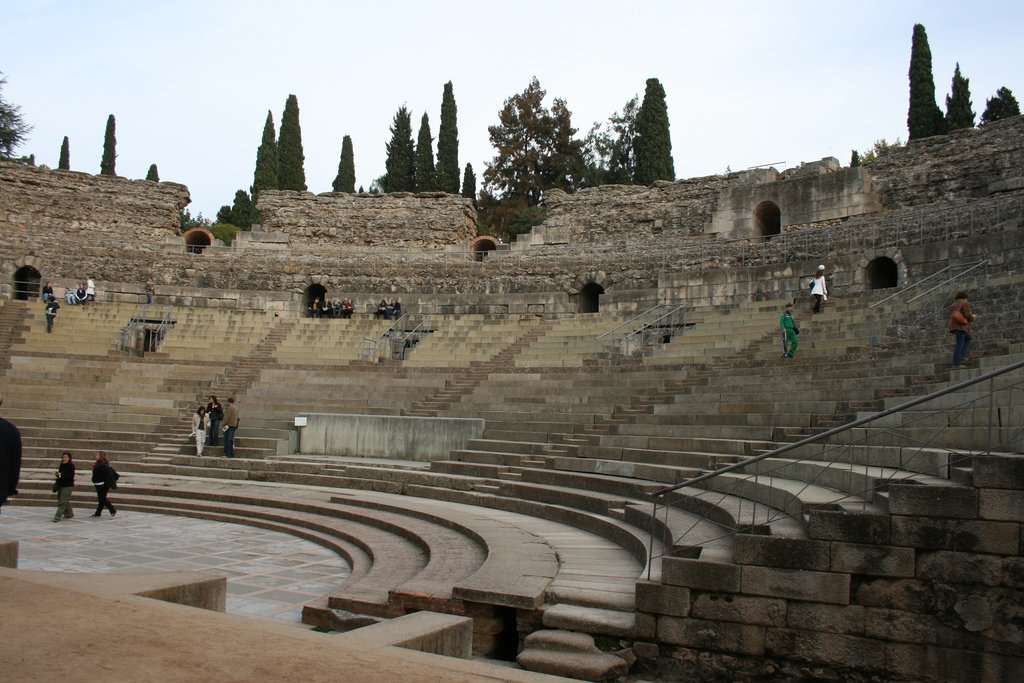 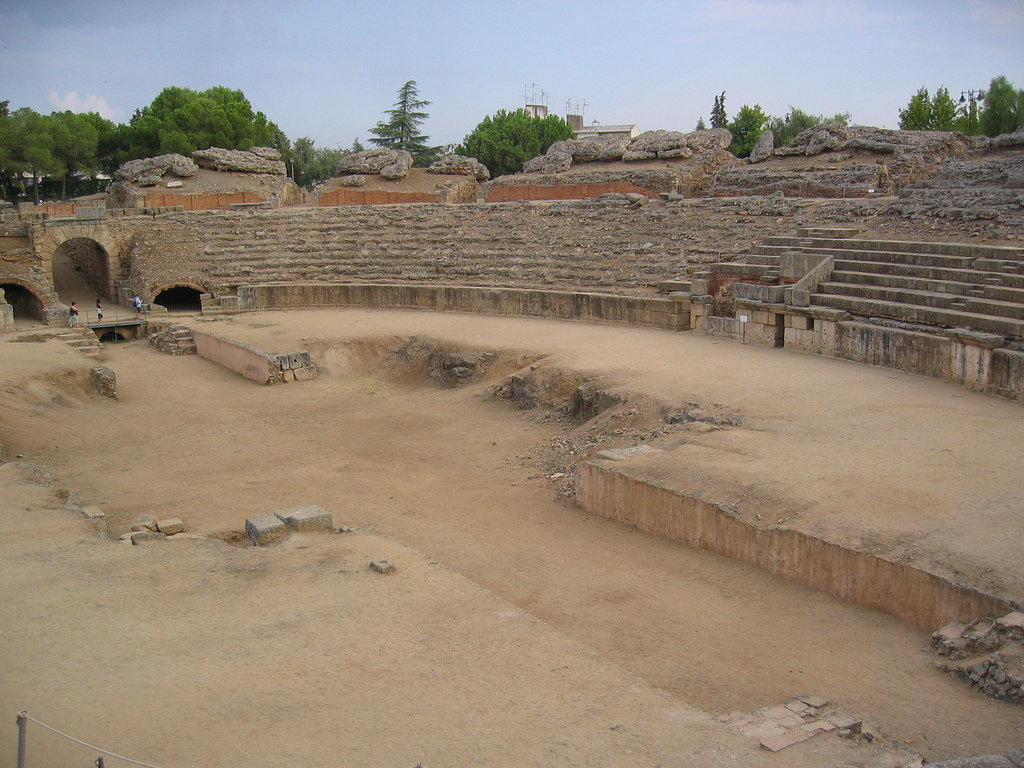 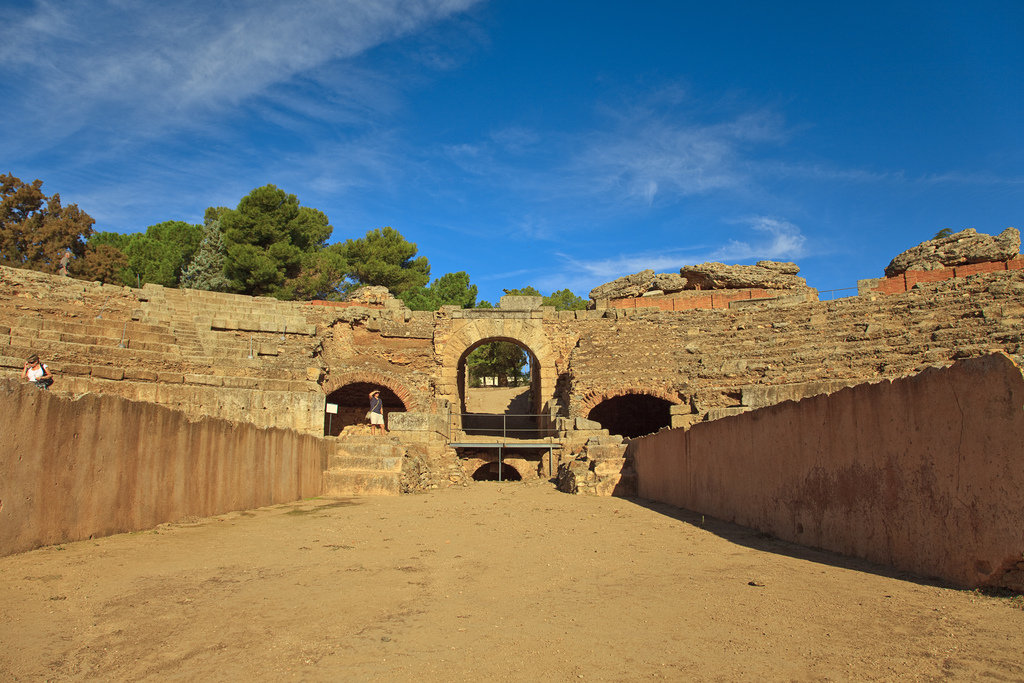 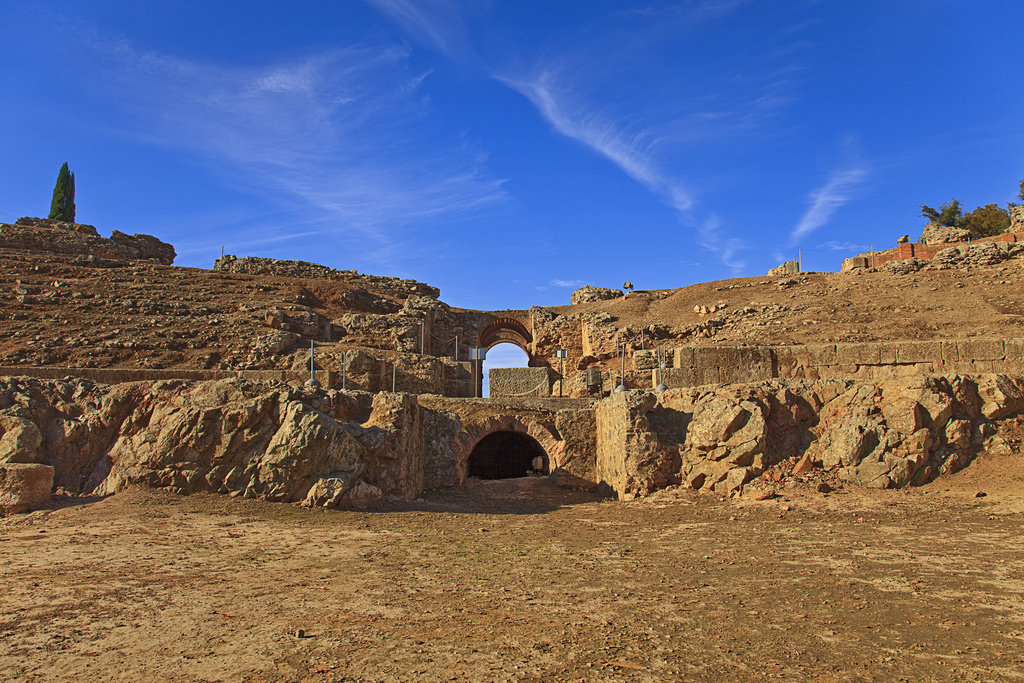 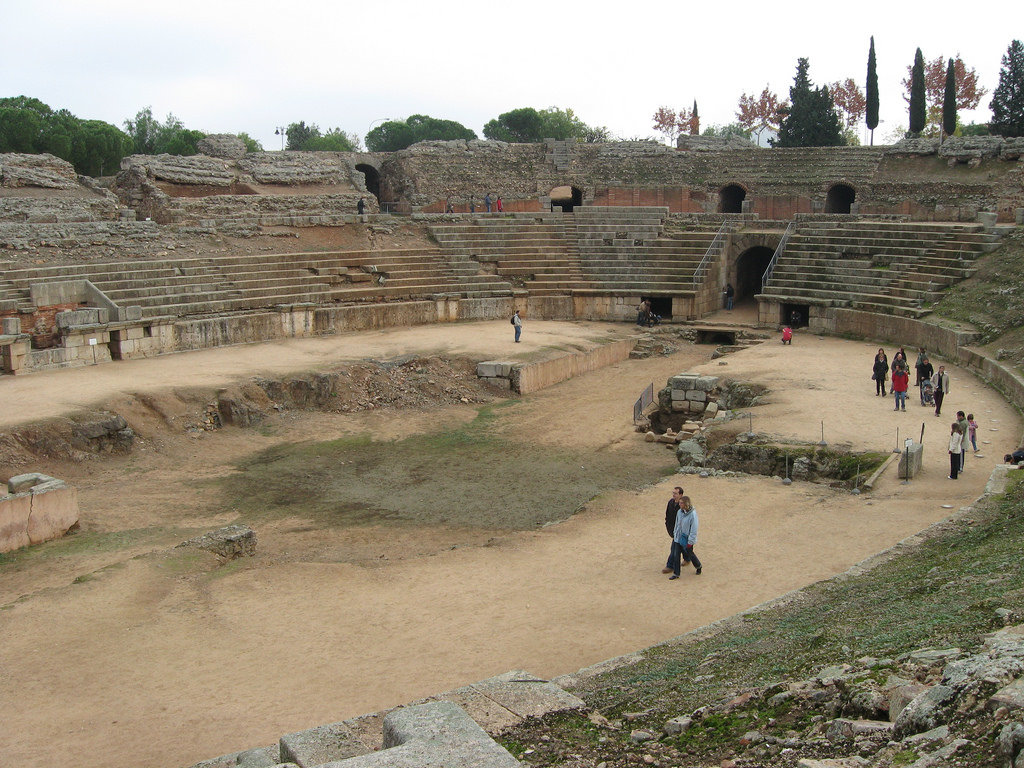