×
What are you looking for?
See all results
Military memorials and cemeteries in Potijze 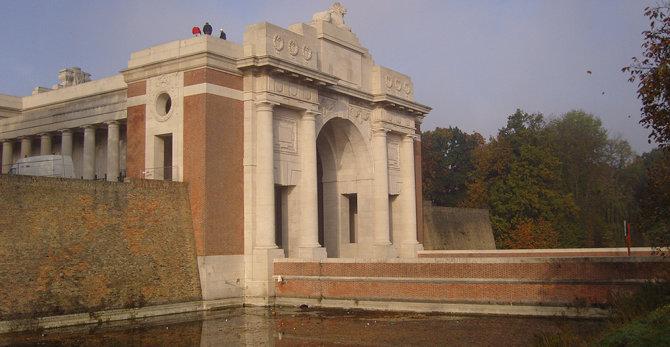 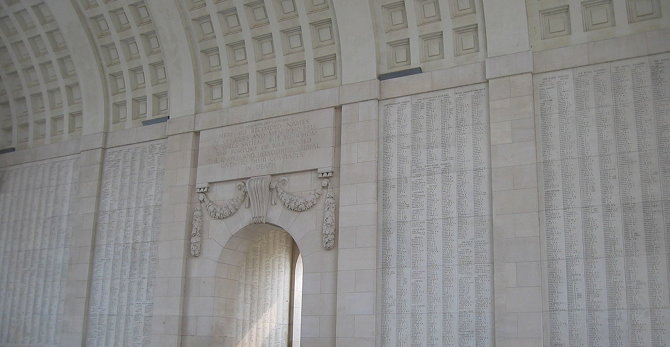 The Menin Gate Memorial to the Missing is a war memorial in Ypres, Belgium dedicated to the commemoration of British and Commonwealth soldiers who were killed in the Ypres Salient of World War I and whose graves are unknown. The memorial is located at the eastern exit of the town and marks the starting point for one of the main roads out of the town that led Allied soldiers to the front line. Designed by Sir Reginald Blomfield and built by the British government, the Menin Gate Memorial was unveiled on 24 July, 1927.

In medieval times, the original narrow gateway on the eastern side of the city of Ypres was called the Hangoartpoort, poort being the Flemish word for gate. In order to prosper and maintain its wealth, the city of Ypres had to be fortified, to keep out potential invaders. During the 17th and 18th centuries, while under the occupation of the Habsburgs and the French, the city was increasingly fortified. Major works were completed at the end of the 17th century by the French military engineer Sebastien Le Prestre, Seigneur de Vauban. At the outbreak of the First World War in August 1914, the eastern exit simply cut through the remains of the ramparts and crossed a moat. The gateway was by this time known as the Menenpoort, or Menin Gate in English, because the road leading through the gateway lead to the small town of Menen.

Ypres occupied a strategic position during World War I because it stood in the path of Germany's planned sweep across the rest of Belgium, as had been called for in the Schlieffen Plan. During the First Battle of Ypres the Allies halted the German Army's advance to the east of the city. The German army eventually surrounded the city on three sides, bombarding it throughout much of the war. British and Commonwealth soldiers often passed through the Menenpoort on their way to the front lines, hundreds of thousands of them being killed in the Ypres Salient.

Reginald Blomfield's triumphal arch, designed in 1921, is the entry to the barrel-vaulted passage for traffic through the mausoleum that honours the Missing, who have no known graves. The patient lion on the top is the lion of Britain but also the lion of Flanders. It was chosen to be a memorial as it was the closest gate of the town to the fighting, and so Allied Troops would have marched past it on their way to fight. Actually, most troops passed out of the other gates of Ypres, as the Menin Gate was too dangerous due to shellfire.

Its large Hall of Memory contains the names of 54,896 Commonwealth soldiers who died without graves, cut into vast panels. On completion of the memorial, it was discovered to be too small to contain all the names as originally planned. An arbitrary cut-off point of 15 August 1917 was chosen and the names of 34,984 UK missing after this date were inscribed on the Tyne Cot Memorial to the Missing instead. The Menin Gate Memorial does not list the names of the missing of New Zealand and Newfoundland soldiers, who are instead honoured on separate memorials.

To this day, the remains of missing soldiers are still found in the countryside around the town of Ypres. Typically, such finds are made during building work or road-mending activities. Any human remains discovered receive a proper burial in one of the war cemeteries in the region. If the remains can be identified, the relevant name is removed from the Menin Gate.

Menin Gate Memorial to the Missing at Night — viii_hussar @ Flickr

Following the Menin Gate Memorial opening in 1927, the citizens of Ypres wanted to express their gratitude towards those who had given their lives for Belgium's freedom. As such, every evening at 8:00, buglers from the local fire brigade close the road which passes under the Memorial and sound the Last Post. Except for the occupation by the Germans in World War II when the daily ceremony was conducted at Brookwood Military Cemetery, in Surrey, England, this ceremony has been carried on uninterrupted since 2 July, 1928. On the very evening that Polish forces liberated Ypres in the Second War, the ceremony was resumed at the Menin Gate despite the fact that heavy fighting was still taking place in other parts of the town.

If attending the ceremony it is not considered appropriate to applaud afterwards. The ceremony is a solemn occasion, and therefore not intended as entertainment or a tourist attraction, though it has certainly become one. The buglers usually remain at the scene for a short while after the ceremony, at which point appreciation can be expressed in person.

Battlefield H
We Will Remember Them.
Load more comments
foursquare.com

Add to wishlist
I've been here
Visited
Castle of Rumbeke

The Castle of Rumbeke, in West-Vlaanderen, is one of the oldest

Add to wishlist
I've been here
Visited
Castle of Beauvoorde

Add to wishlist
I've been here
Visited
Belfry of Kortrijk

The belfry of Kortrijk, or Belfort in Dutch, is a medieval bell tower

Add to wishlist
I've been here
Visited
Column of the Goddess

The Groeningegate is a Monument in the Belgian city of Kortrijk. The 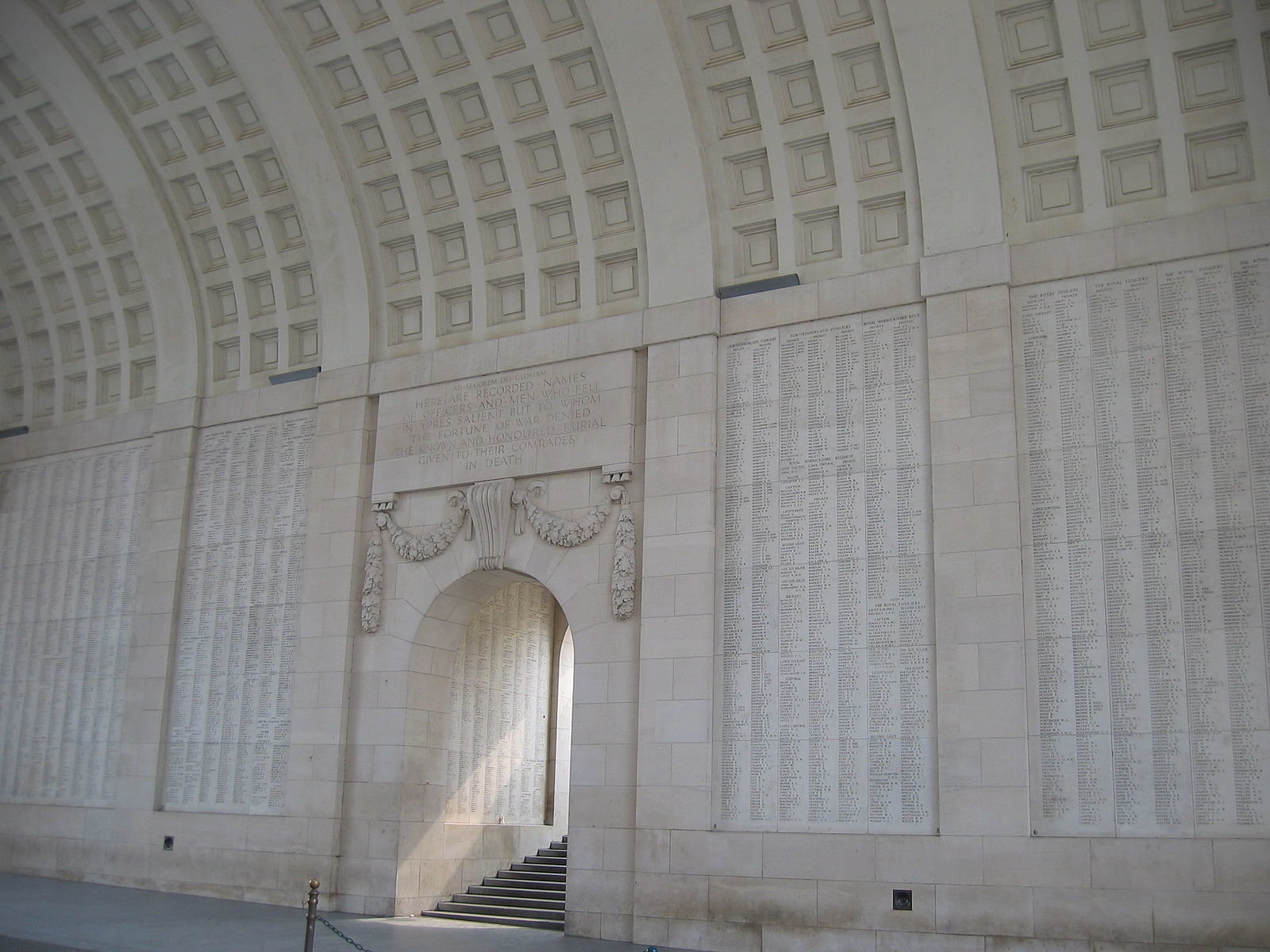 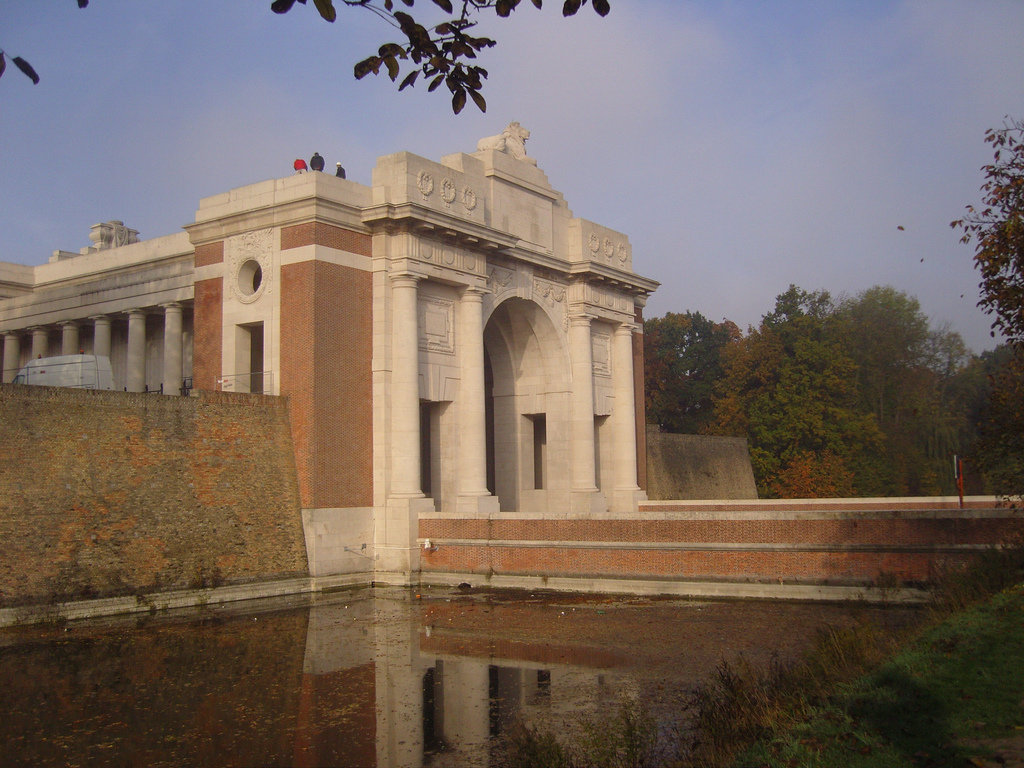