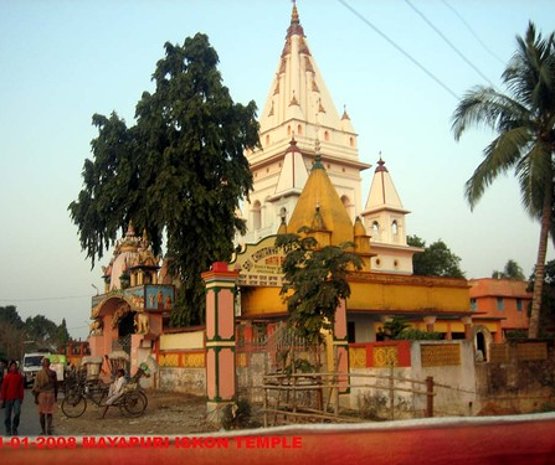 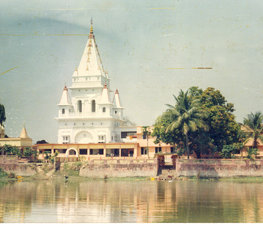 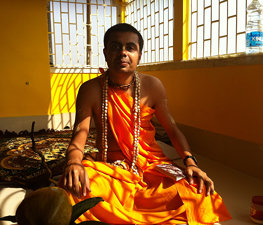 Mayapur (বাংলা. মায়াপুর) is located on the banks of the Ganges river, at the point of its confluence with the Jalangi, near Navadvip, West Bengal, India, 130 km north of Kolkata (Calcutta). It is considered a holy place by a number of other traditions within Hinduism, but is of special significance to followers of Gaudiya Vaishnavism as the birthplace of Chaitanya Mahaprabhu, regarded as a special incarnation of Krishna and Radha. It is visited by over a million pilgrims annually.

It can be reached by boat ride and, more commonly, by train or a bus. During the visits one can see "the huge headquarters of the International Society of Krishna Consciousness" and "a long stream of saffron-robed devotees chanting" Hare Krishna mantra there.

Along with traditional samadhis, International Society of Krishna Consciousness is planning to construct a garden in memory of George Harrison.

Headquarters of the International Society for Krishna Consciousness (ISKCON) are located there since 1970s and there is as well as a number of other Gaudiya Vaishnava organisations such as the Gaudiya Math. The town is heavily centred around this particular Vaishnava religious tradition, with temples devoted to Radha and Krishna or Gaura-Nitai throughout, however there is a sizable Muslim population in the historical centre, previously called Miyapur.

See all hotels See all
The Dolphin Palace Hotel

Add to wishlist
I've been here
Visited
The Great Banyan

Located in the Indian Botanical Gardens, Howrah, over the River

The Tipu Sultan Shahi Mosque is a famous mosque in Kolkata, located at

The Mosque City of Bagerhat is a formerly lost city, located in the

The Basilica of Our Lady's in Trastevere (italiano. Basilica di Santa

Santa Cecilia in Trastevere is a 5th century church of Rome, located 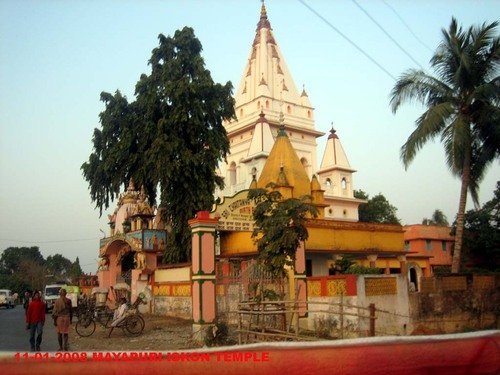 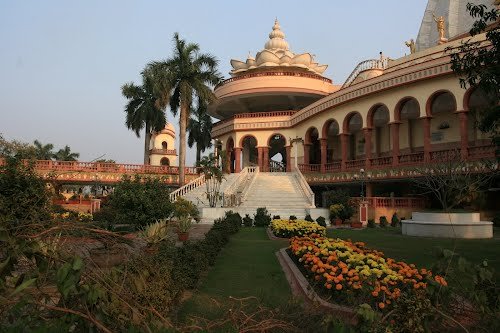 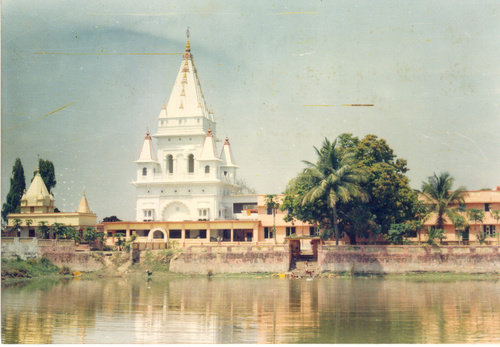 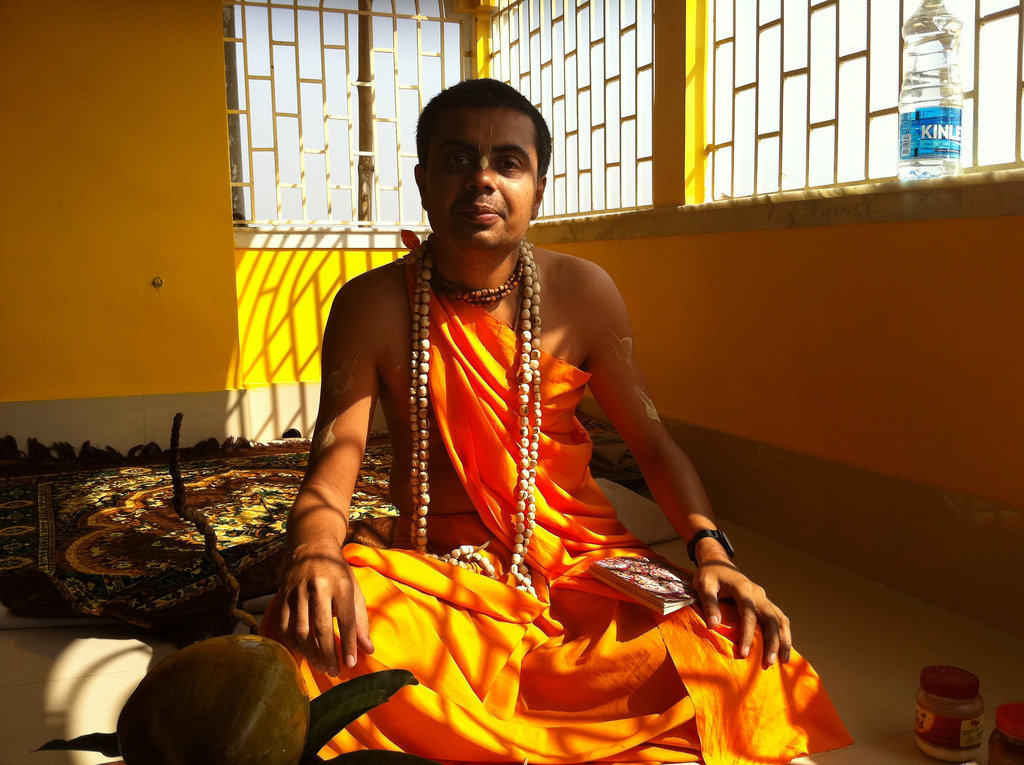