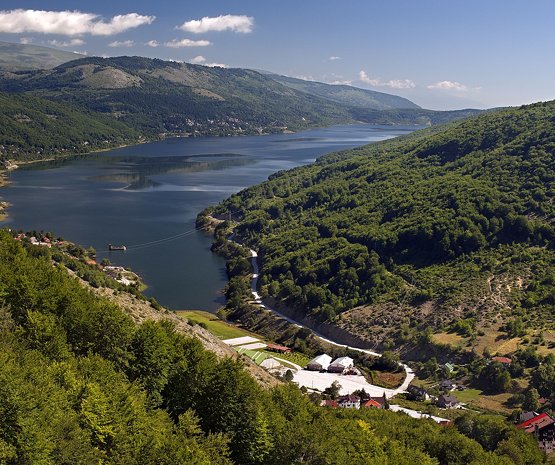 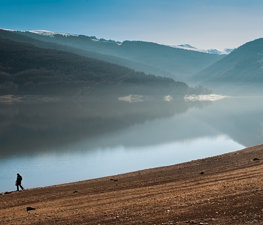 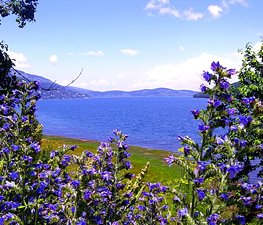 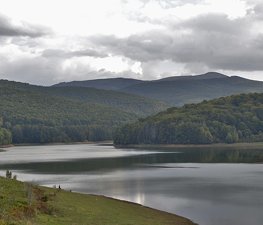 Mavrovo Lake (Macedonian: Мавровско Езеро) is situated in the Mavrovo region, in the Mavrovo and Rostuša municipality of the Republic of Macedonia. Abundant with the famous trout, Lake Mavrovo also makes for an excellent swimming, boating and fishing spot in the summer months. An additional point of interest is the half-submerged church in the lake. Less than 100 km from Skopje (the capital of Republic of Macedonia), there is a natural oasis virtually untouched. Spreading over an area of about 300 square miles, the Mavrovo National Park features deep canyons, snowy peaks and blue lakes combine with dense forests that abound with diverse wildlife. Mavrovo is one of the leading tourist areas in the country along with Ohrid, Prespa, Dojran, Popova Shapka (Shar Planina), Pelister, and Kruševo. It was established in 1949 by a special law passed by the National Assembly of Macedonia. Later the legislation was changed considerably, enforcing a much stricter protection system. According to the new law, the park is divided into three zones: strict nature reserves, managed reserves, and a tourist zone.

Perhaps one of the features that make the Mavrovo National Park so attractive to visitors is its vivid topography. The relief of the park contains three Alpine mountain systems: the Shar, Korab and Bistra mountains. They are exceptionally high, the Shar and Korab, reaching heights of more than 9000 feet (the Golem Korab peak is the highest in Macedonia with its 9100 feet). These tremendous mountains are distinguished by chains of snowy, jagged peaks and broad grassy plateaus below them. Between the three mountains extends what some call the most beautiful canyon in Europe: the Radika gorge. More than 15 miles long, it displays spectacular landscapes. Vertical cliffs higher than 1000 feet rise above the fast, crystal-clear waters of the Radika river. In addition, the park area contains many other interesting natural phenomena--the highest waterfall in the Balkans (with a vertical fall of approximately 400 feet), alpine bogs in the Shar mountains as remnants of the Ice age, rare karst relief (including beautiful caves) in the Bistra mountains, as well as numerous glacial lakes throughout the Alpine zone.

The ecology of the national park is particularly interesting. Namely, dense forest vegetation covers mountain slopes in the park, while Alpine pastures grow in the higher areas. The various climatic influences, as well as the large differences in altitude are the main contributing factors for the diversity of flora and fauna. The fact that this region is a kind of "geographical crossroads" where major changes of climate have occurred through history is a direct reason for the existence of an enormous number of relict and endemic species. Remnants of the life that existed in the Ice age or in the Tertiary coexist in one diverse environment, concealed between the jagged cliffs and peaks. In fact, the six life zones of the park (a rare phenomenon for such a small area) support 22 forest and 16 grass ecosystems. There are more than 1300 species of herbaceous plants and 145 species of trees living in them. About 40 percent of them are relict or endemic. Moreover, the park is the habitat of many rare plants (like the Crimean wild juniper) which are extinct in their natural habitat.Nearby stands the monastery of St. John Bigorski with its famous carved wooden iconostasis retained colorful folklore traditions. This iconostasis is one of the finest samples of traditional woodcarving which can be found on the territory of the Republic of Macedonia along with the 19th-century iconostasis of the church of the Holi Saviour (Sveti Spas) in Skopje. In the village of Galichnik which is one of the largest villages in Mavrovo, the Macedonian folklore traditions are still cherished as they were centuries ago. As a result of its long geological history, the park abounds with relicts from the tertiary and glacial epochs (even two plant species from the early tropical vegetation). The most interesting tertiary relicts are the Macedonian pine and the Whitebark pine, rare endemic conifers of the Central Balkans. This group includes the endemic Greek maple and the yew (extremely uncommon in the Mediterranean). One of the few natural habitats of the common chestnuts (an endemic Balkan tertiary relict) exists on the southern slopes of Mt. Bistra. A large area of the park is overgrown with astonishingly old and beautiful forests of the Macedonian fir (a riddling hybrid fir species) which is to be found only in these areas of the Balkans and is also a remnant of the late Tertiary age.

Through the Forest Reserve Jasen, the park abounds with numerous glacial relict species from the Ice age, mostly in the form of awkward herbaceous plants scattered throughout the Alpine zone. Certainly one of the most dazzling forests is the community of Norway spruce hidden deep in an inaccessible canyon of the Western Shar mountains. This forest is far beyond the southernmost point of the range of Norway spruce, indicating that a long time ago it had invaded the Mediterranean regions.The diverse forest vegetation supports an abundance of wildlife. More than 140 species of birds (some of them very rare, like hawks, eagles and vultures) thrive in the forested areas of the park. With more than 45 species, the park is among the richest reserves of rare animals. There are bears, several types of deer, wild goats, otters, wolves, etc. Most importantly, the Mavrovo National Park is one of the three remaining importantly, the Mavrovo National Park is one of the three remaining habitats of the European lynx. A population of 60 specimens of this near-extinct species lives predominantly in the western and central areas of the park.

Bojan Mitkovski
Nice place if you want to swim.

Dragan Simeonovski
A view from the top.

The Korab Waterfall (also known as the Proifel Waterfall) is a

The Arabati Baba Teḱe is a tekke located in Tetovo, Republic of M 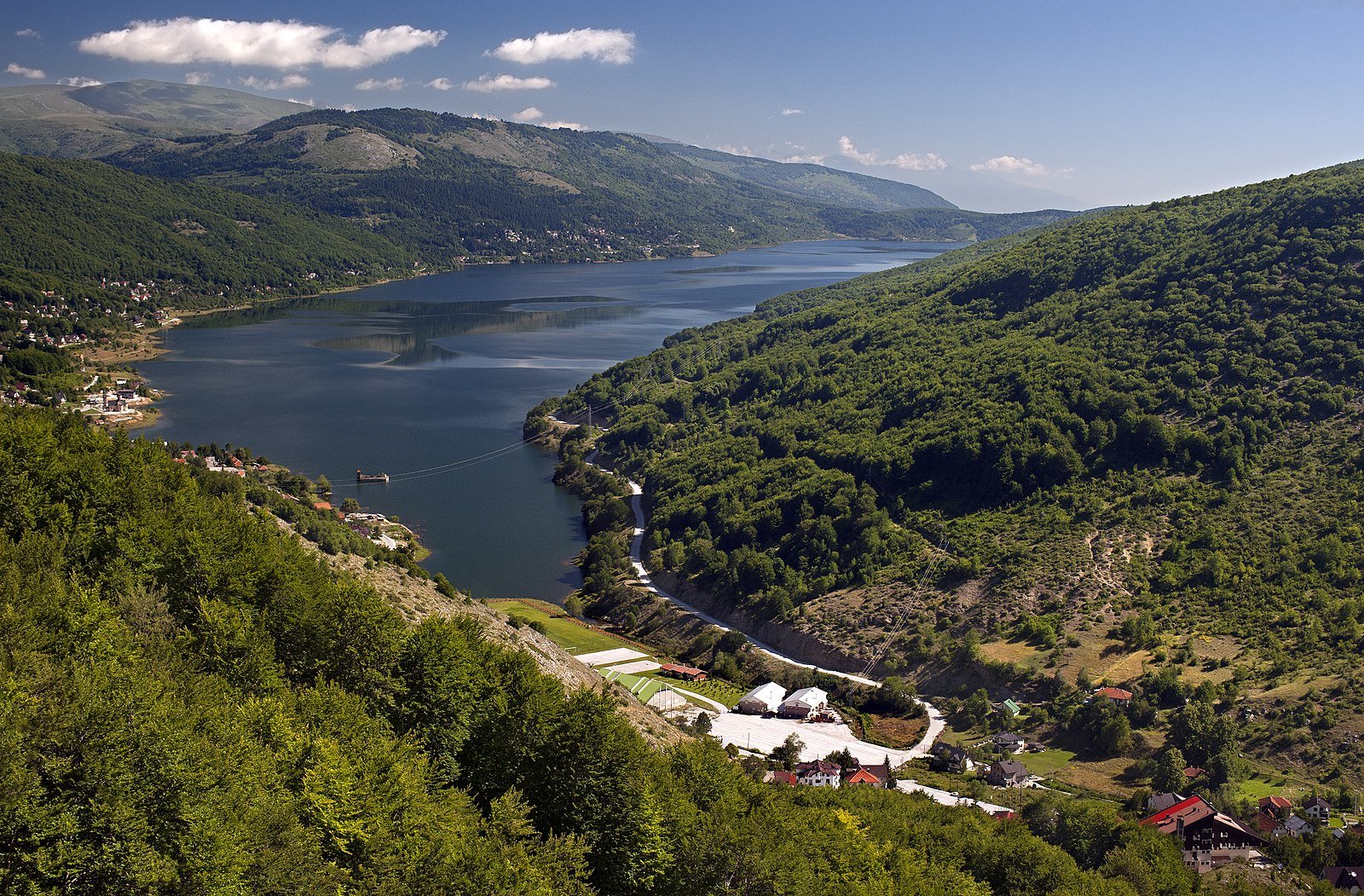 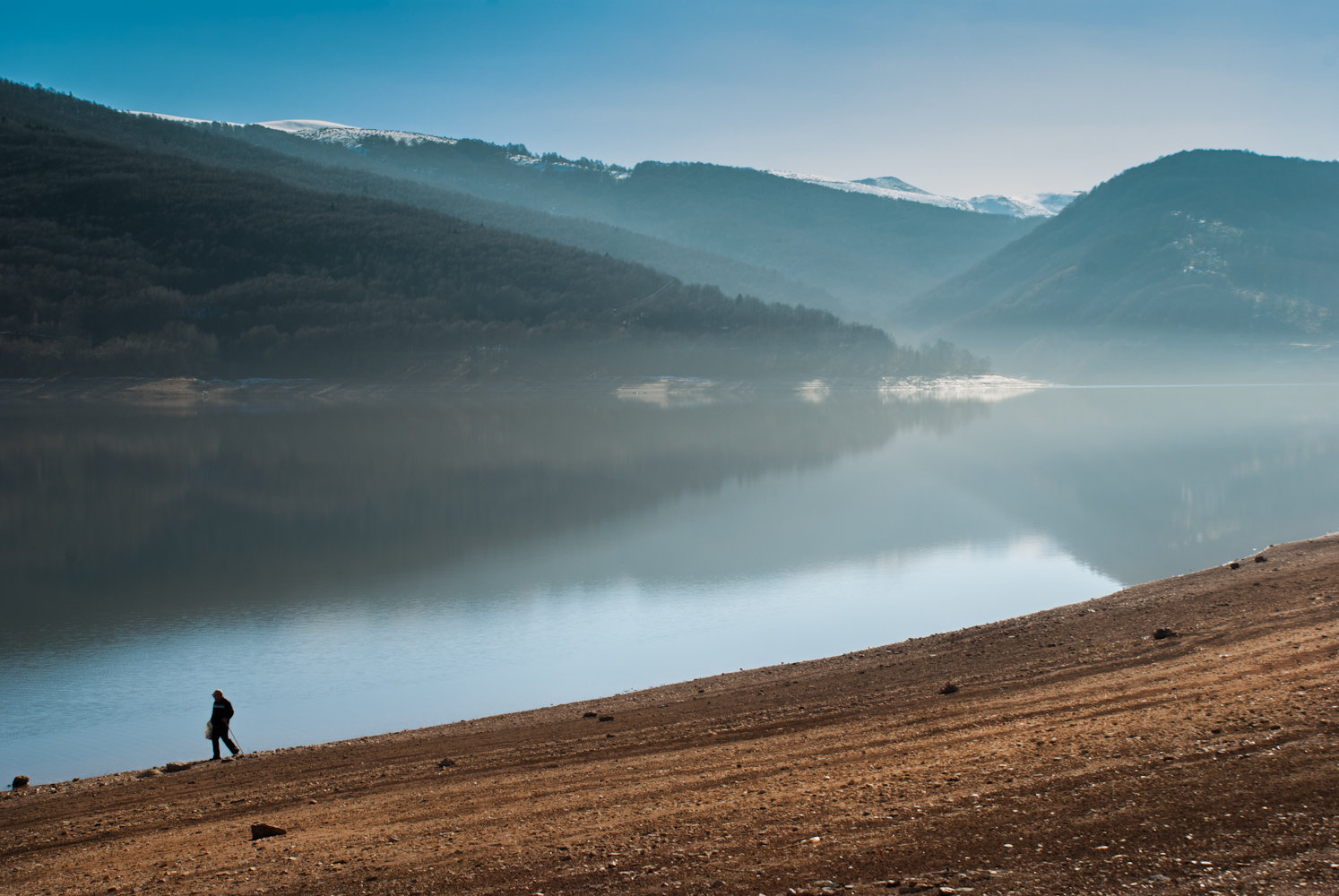 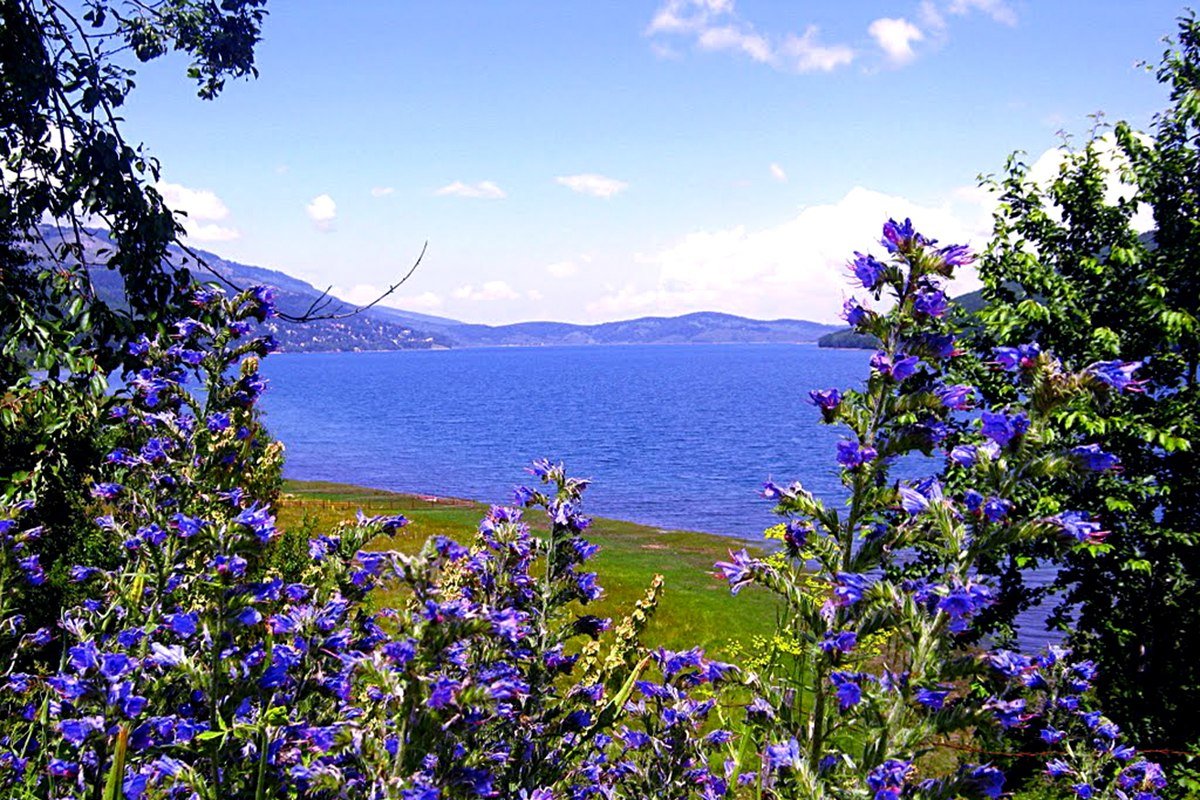 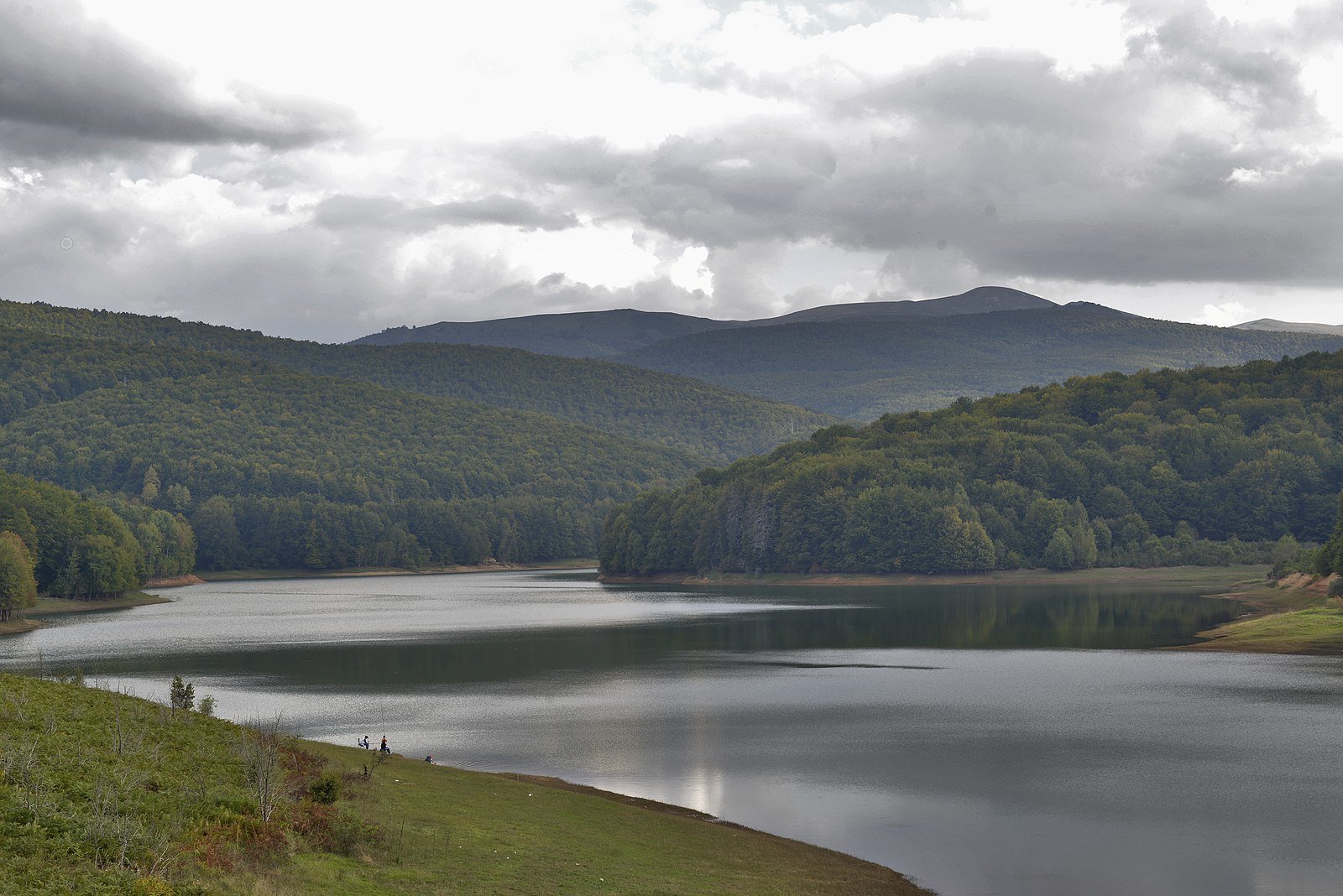 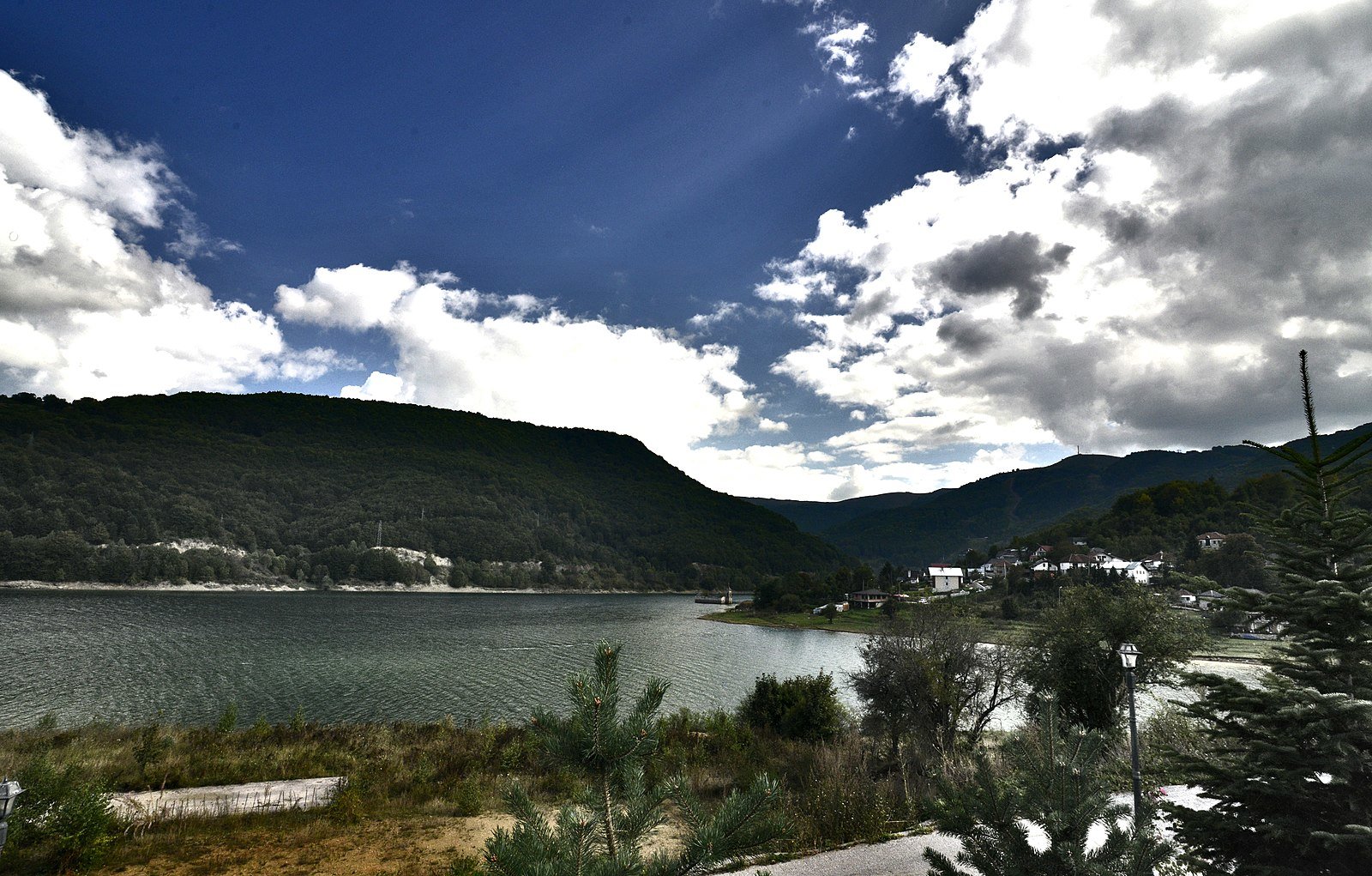 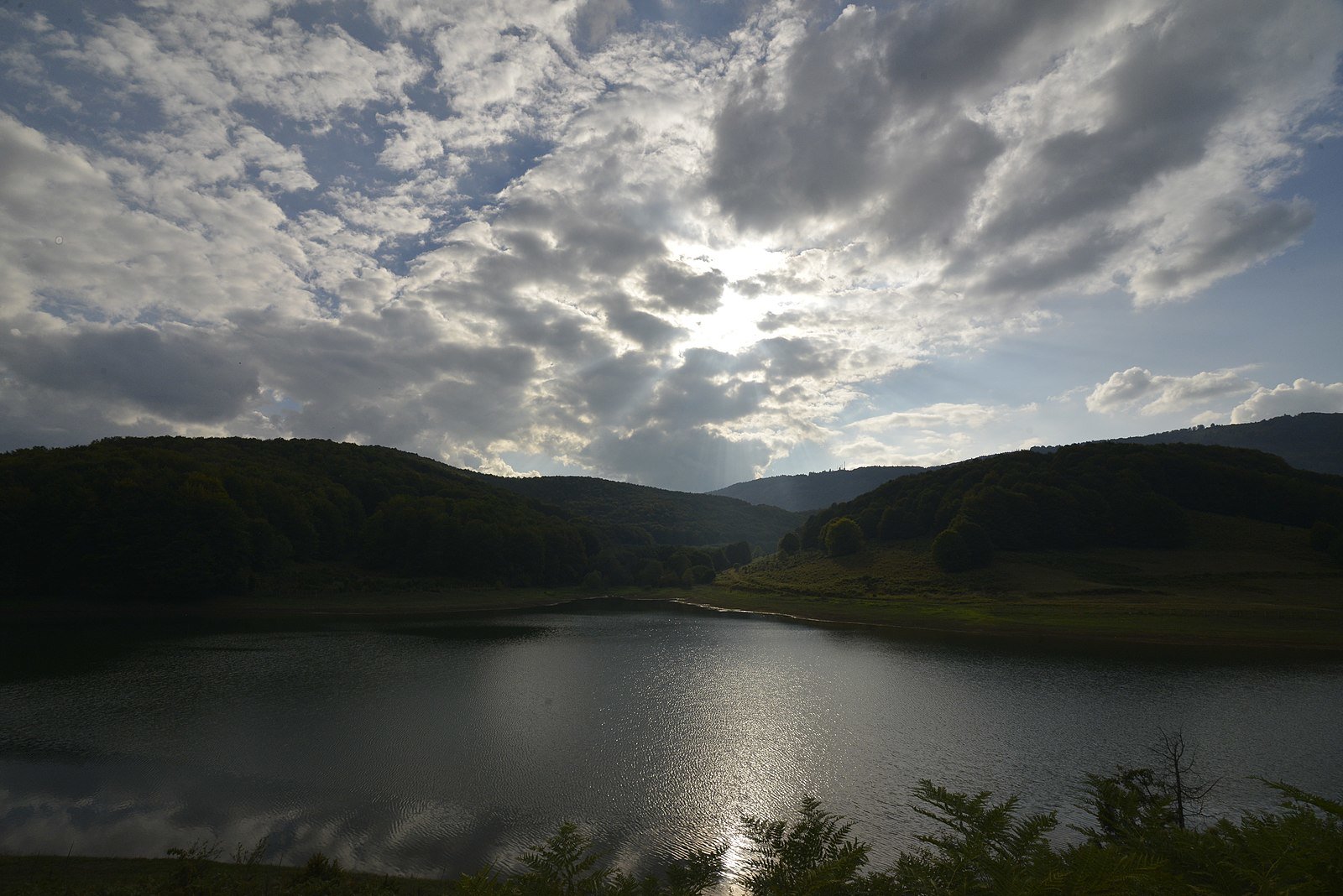 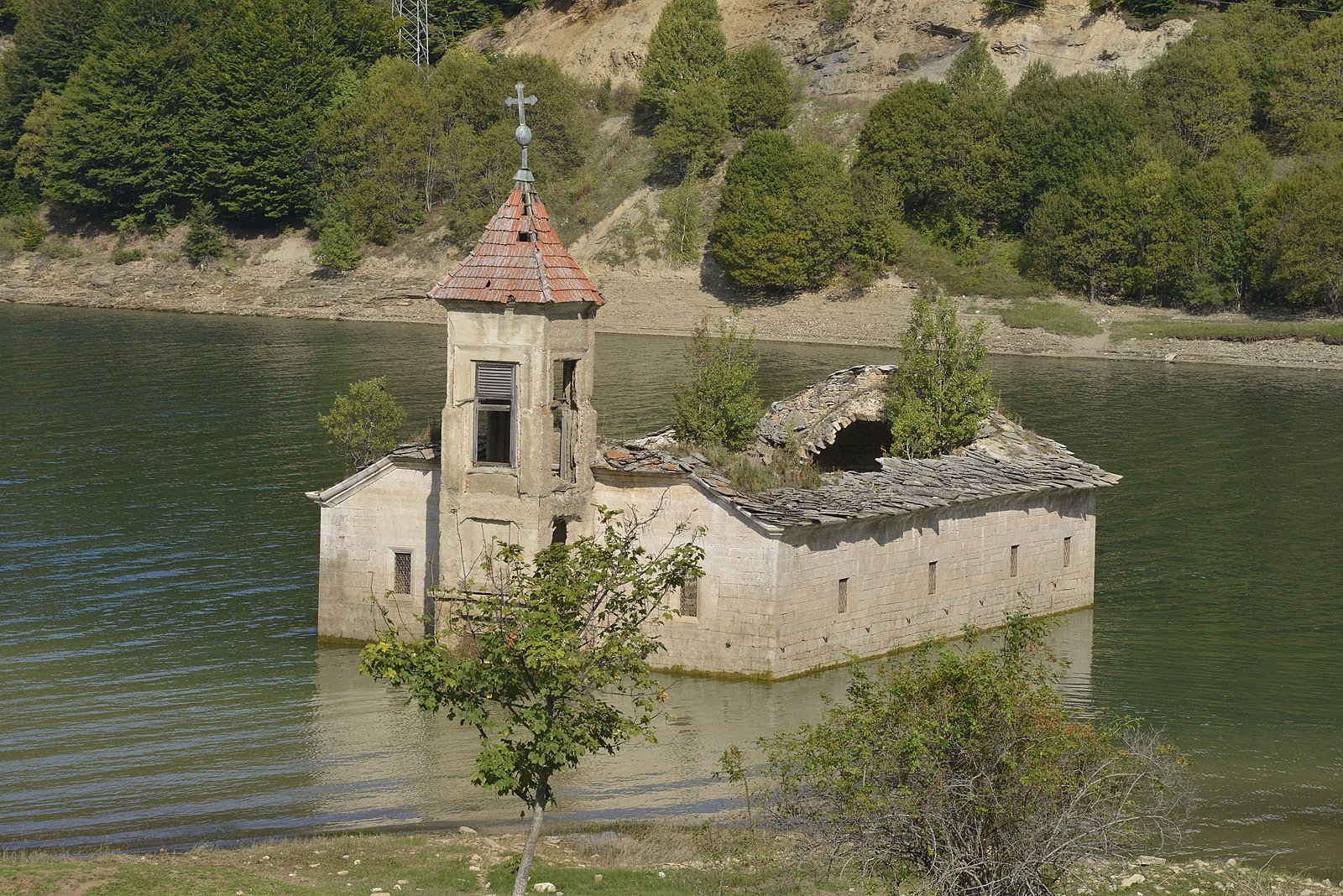 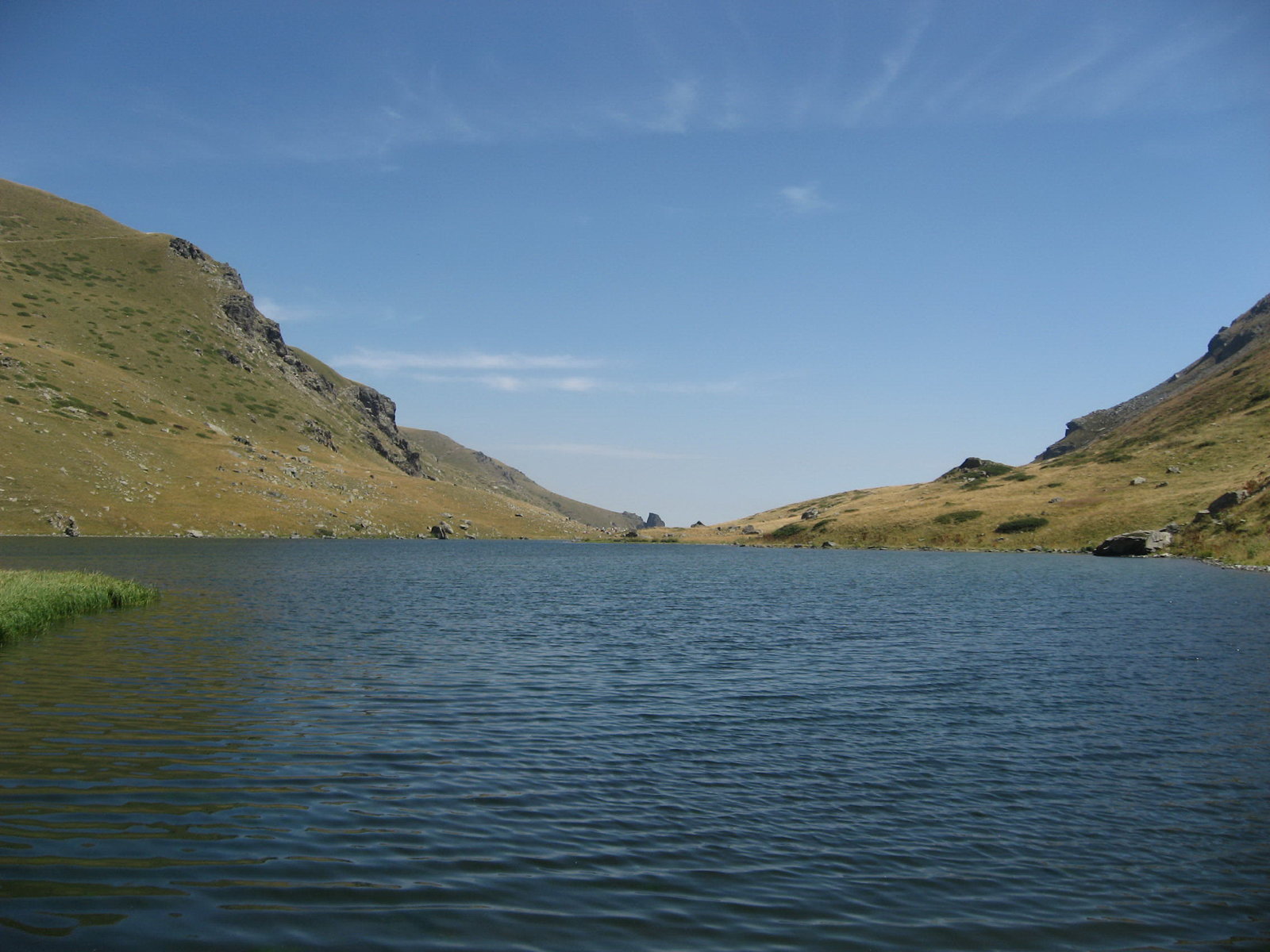 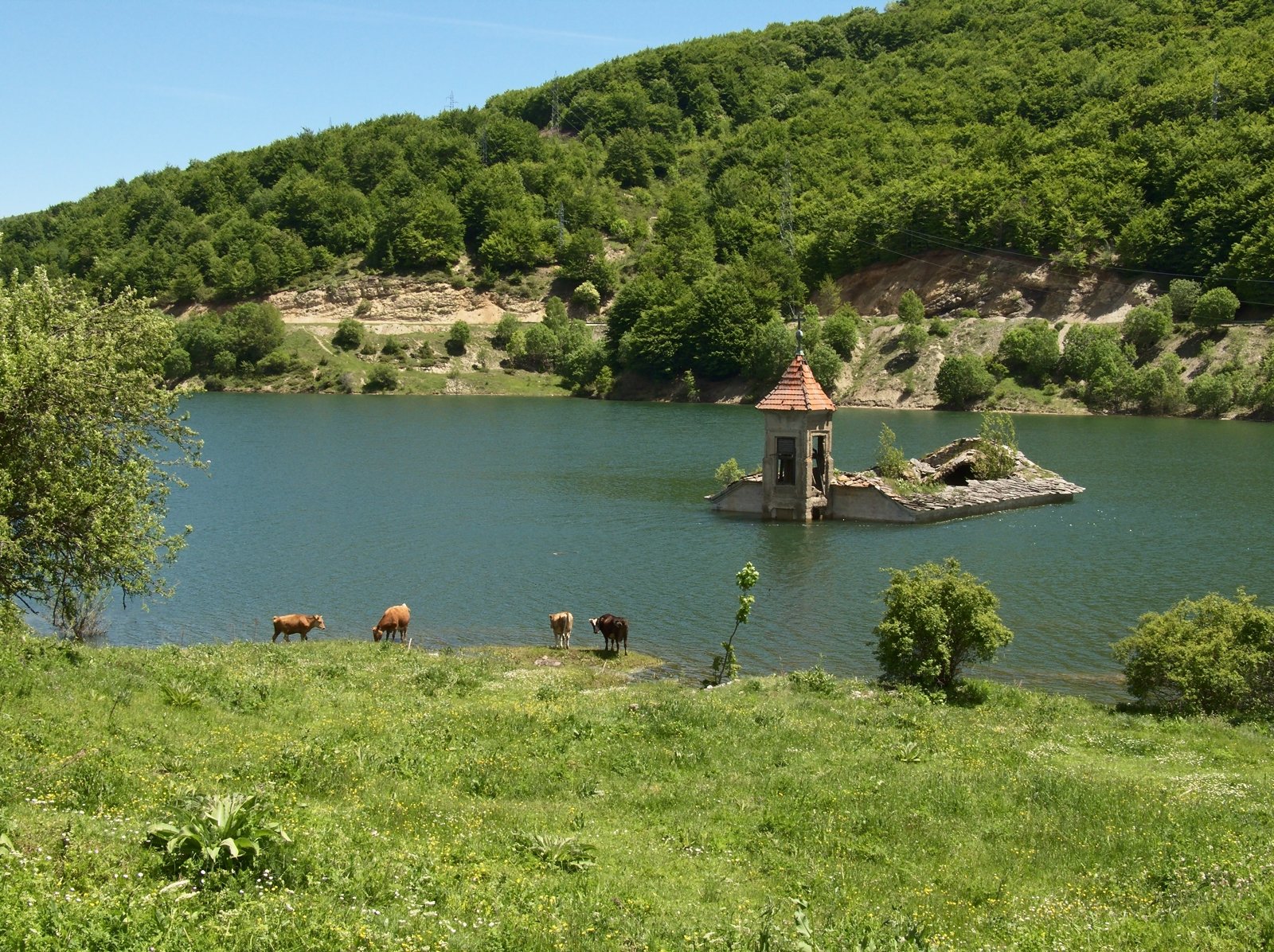 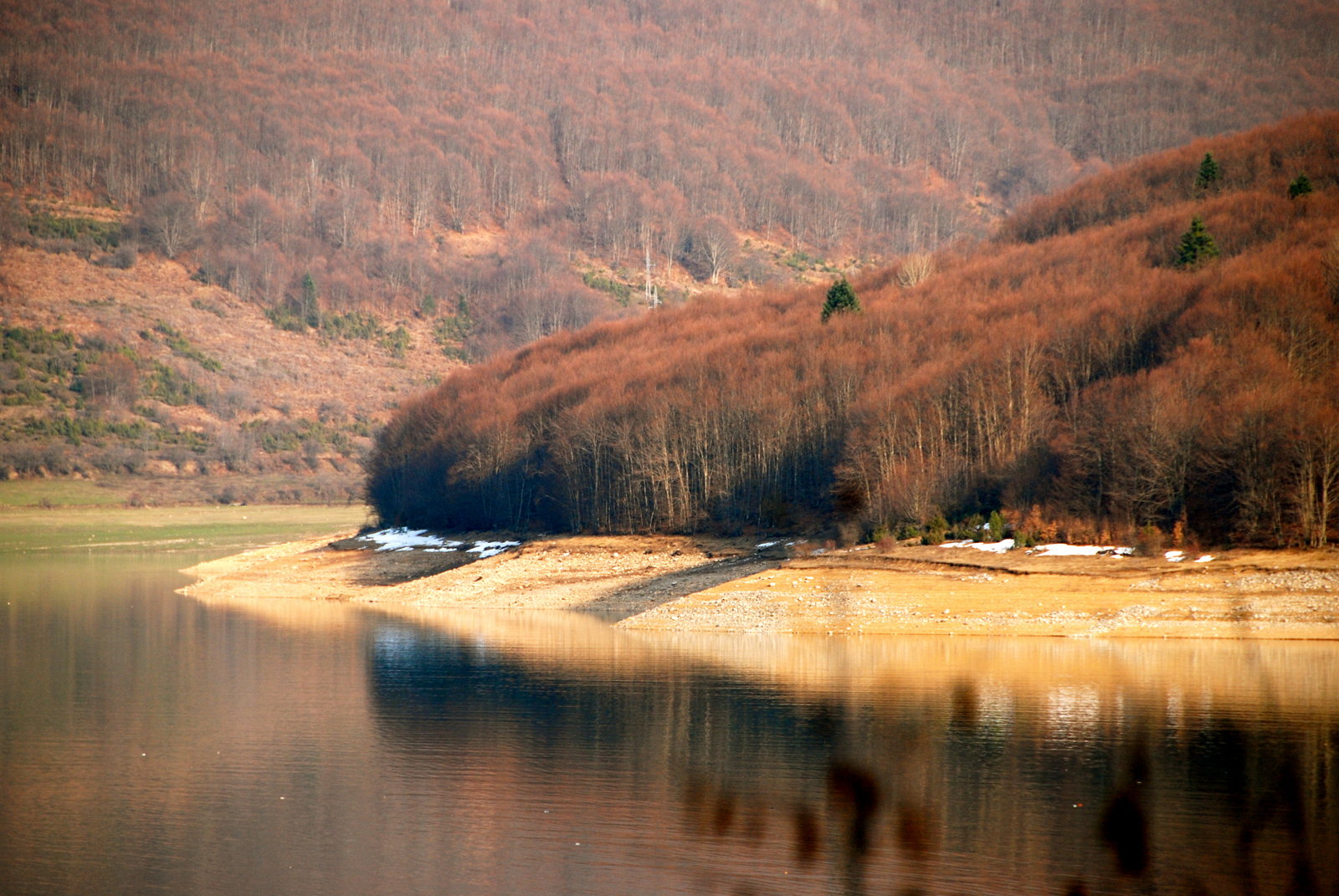 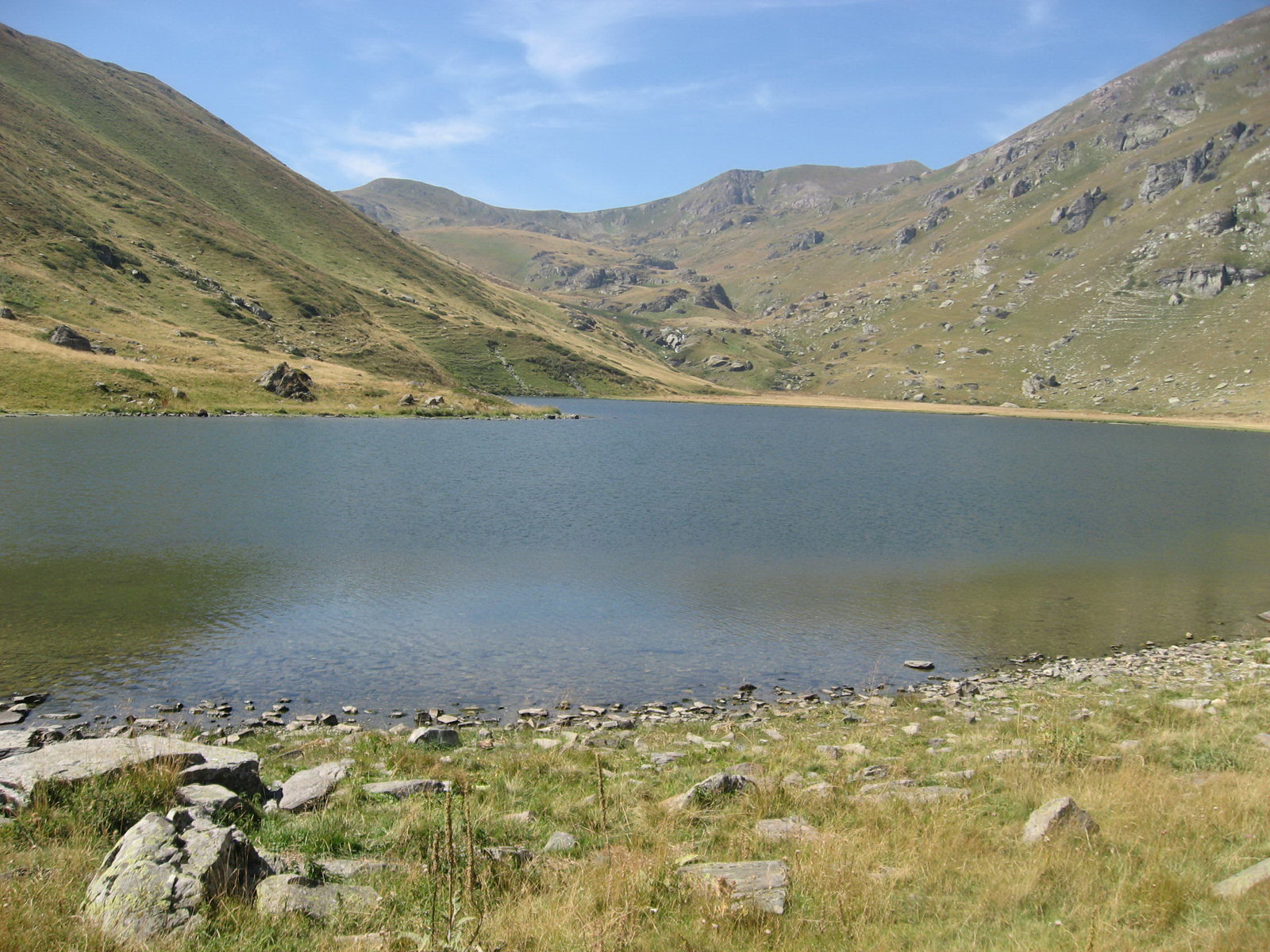 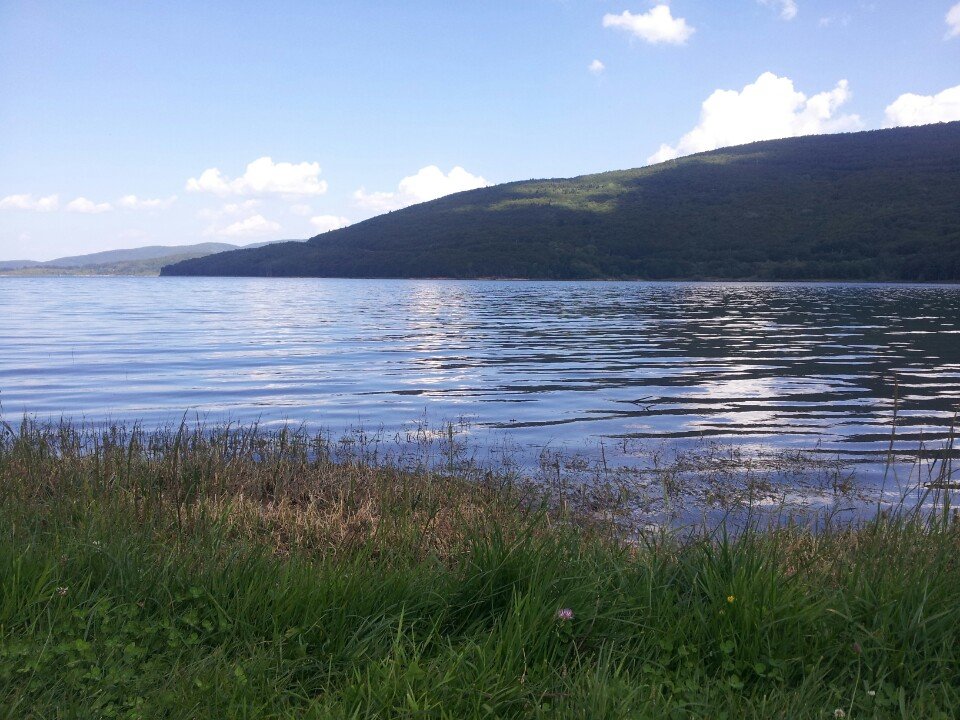 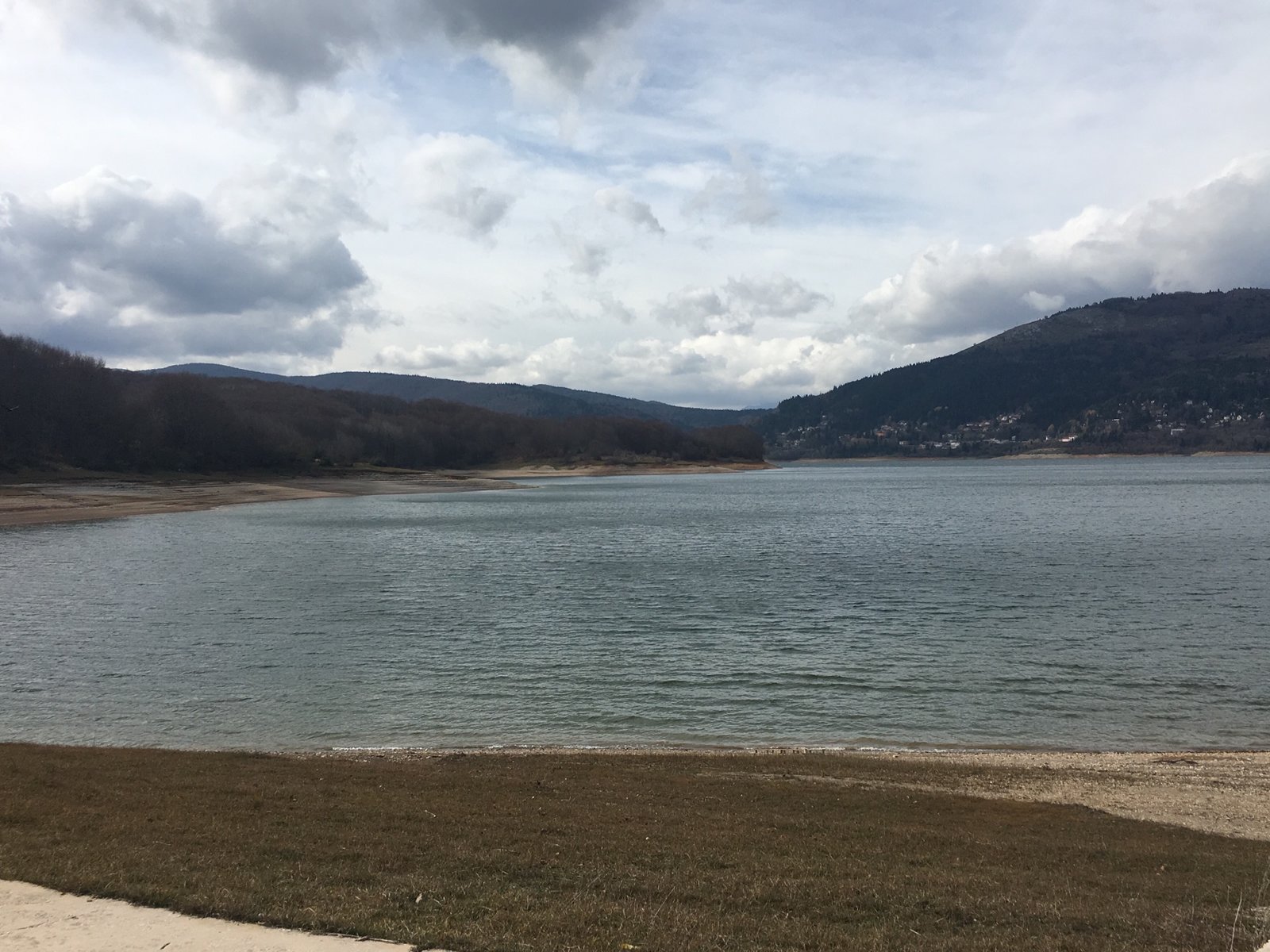 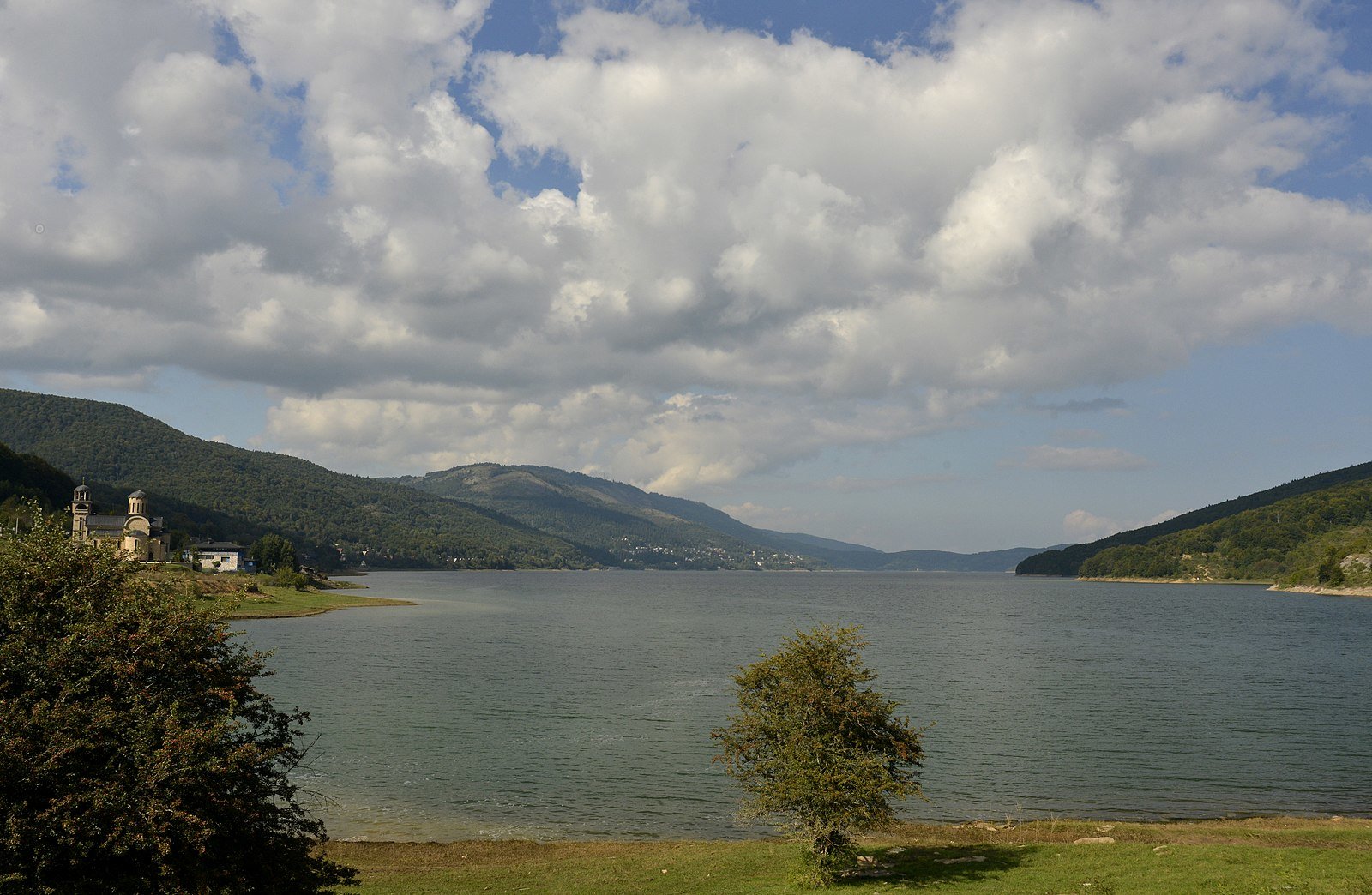 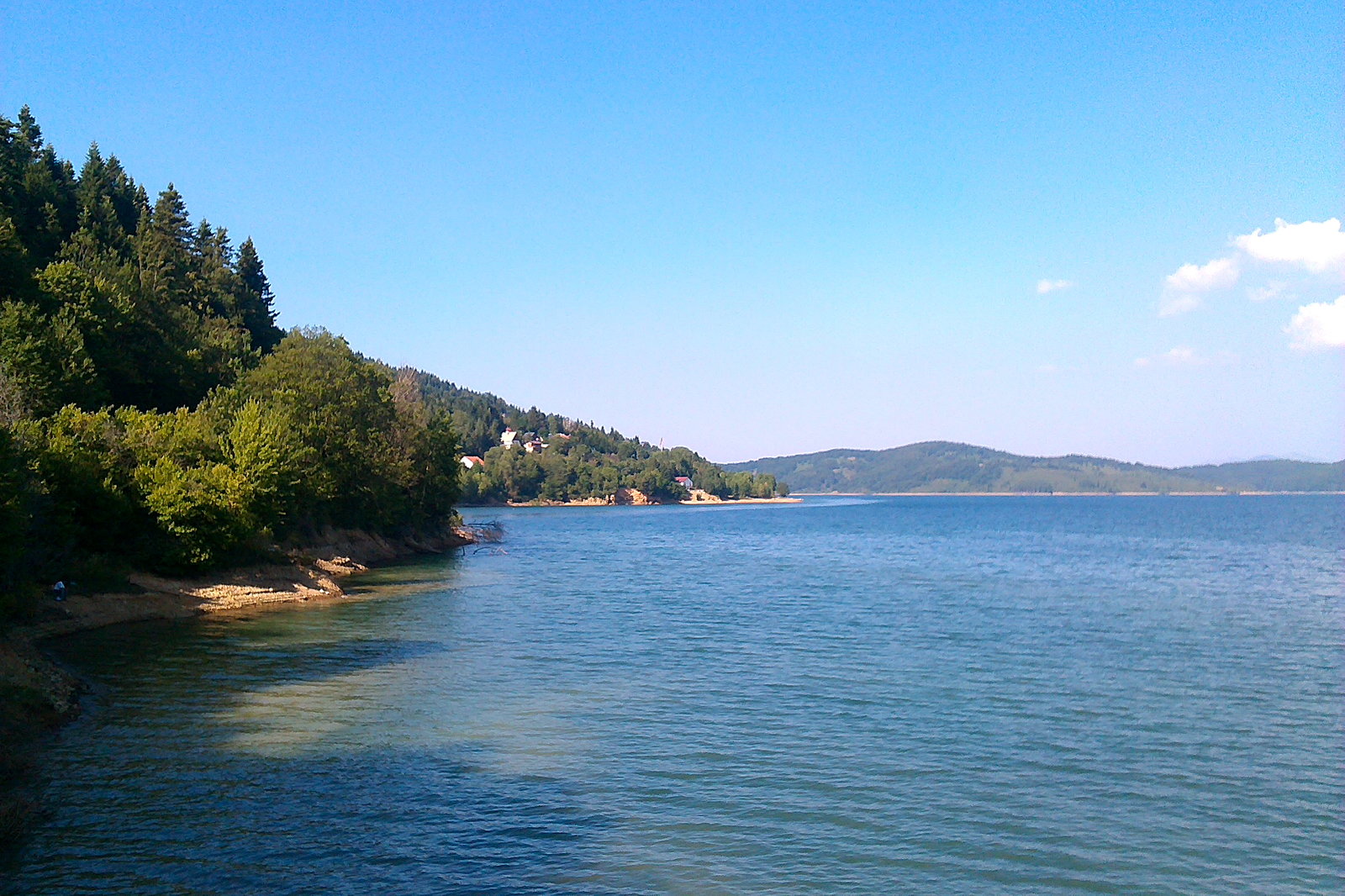 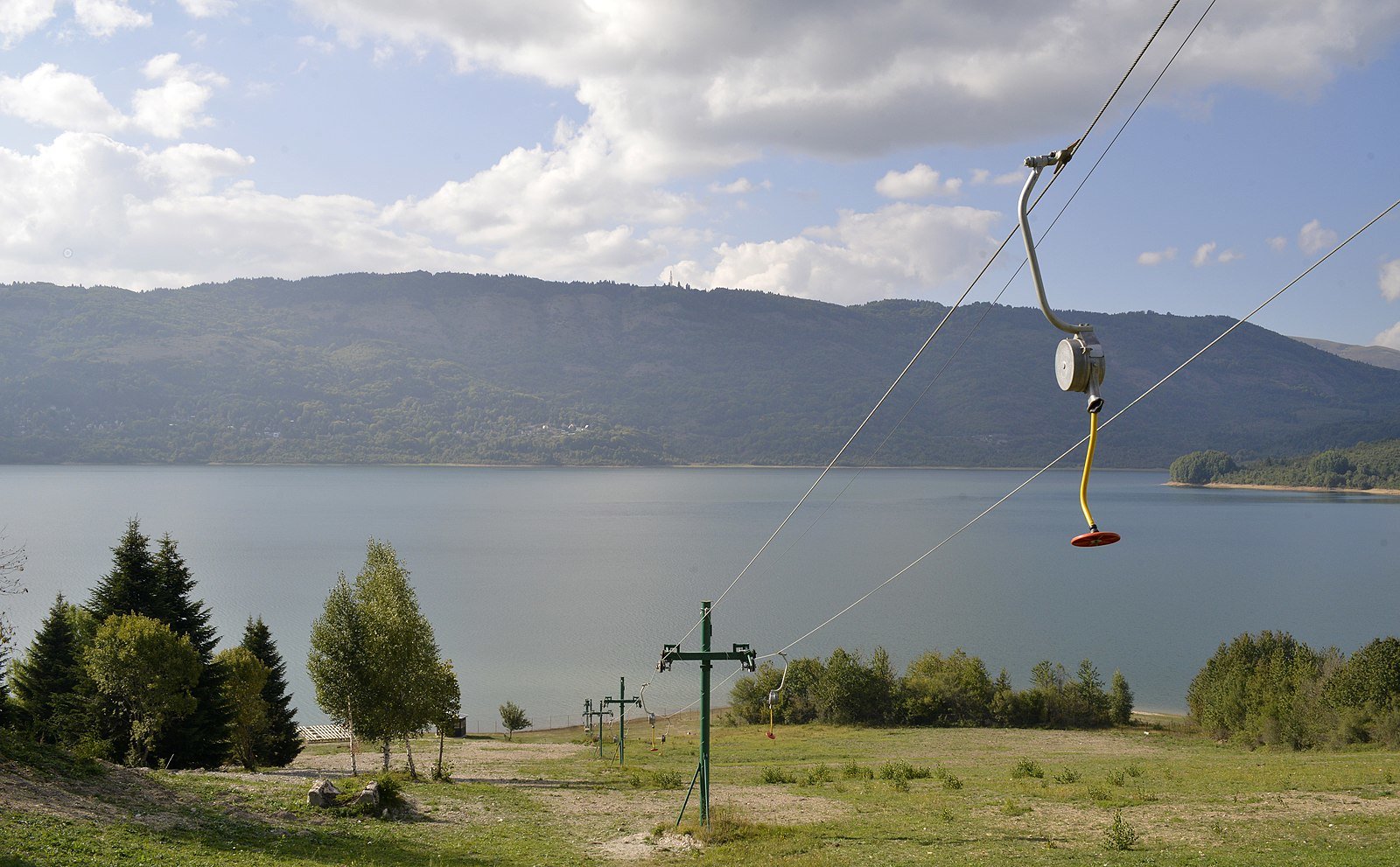