×
What are you looking for?
See all results
Mosques in Mecca 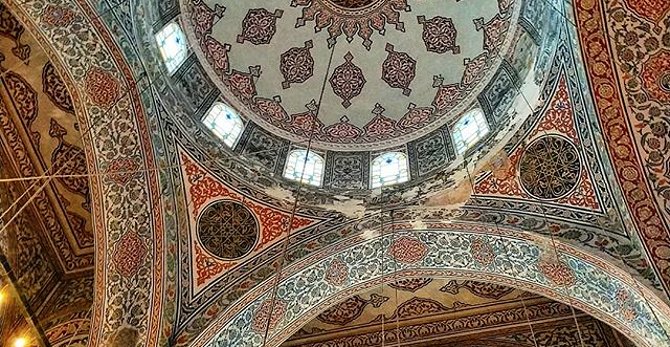 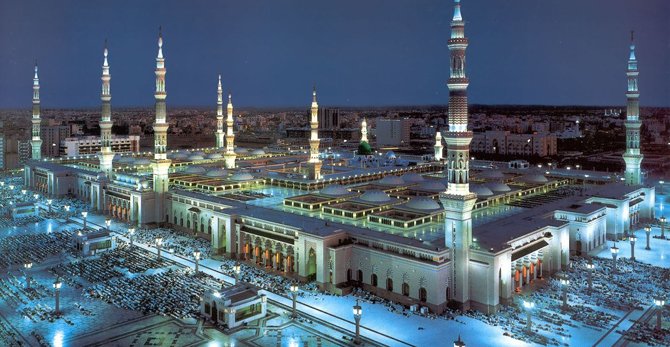 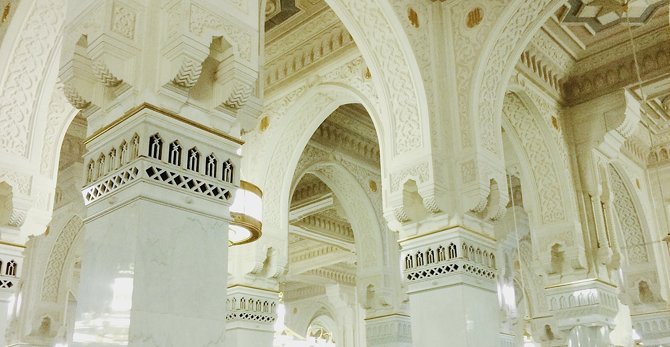 Al-Masjid al-Ḥarām (Шаблон:Lang Шаблон:IPA2 "The Sacred Mosque"), is the largest mosque in the world. Located in the city of Mecca, it surrounds the Kaaba, the place which Muslims turn towards while offering daily prayers and is considered the holiest place on Earth by Muslims. The mosque is also known as the Grand Mosque.

The current structure covers an area of Шаблон:Convert including the outdoor and indoor praying spaces and can accommodate up to 4 million worshippers during the Hajj period, one of the largest annual gatherings of people in the world.

Шаблон:Weasel Islamic tradition holds that the Mosque was first built by the angels before the creation of mankind, when God ordained a place of worship on Earth to reflect the house in heaven called al-Baytu l-Maˤmur (Arabic: البيت المعمور, "The Worship Place of Angels"). Al-Baytu l-Maˤmur is believed to be located in heaven directly above the Kaaba. The first Kaaba was built by angels and Adam was the first human to rebuild it. From time to time the Mosque was destroyed and rebuilt anew. According to Islamic belief it was built by Ibrahim (Abraham), with the help of his son Ishmael. They were ordered by Allah to build the mosque, and the Kaaba. The Black Stone is situated near the eastern corner of the Kaaba. Some believe it is to start the circumambulation around the Kaaba, while some believe it to be the only remnant of the original structure made by Abraham.Шаблон:Who The Kaaba is the direction for all the Muslims to pray across the globe thus signifying unity among all. The Islamic teaching specifically mentions that nothing is magical about the Grand Mosque except for the oasis Zamzam which has never dried ever since it was revealed.

Muslim belief places the story of Ishmael and his mother's search for water in the general vicinity of the mosque. In the story, Hagar runs between the hills of Safa and Marwah looking for water for her son, until God eventually reveals to her the Zamzam Well, from where water continues to flow non-stop to this day.

After the Hijra, upon Muhammed's victorious return to Mecca, the people of Mecca themselves removed all the idols in and around the Kaaba and cleansed it. This began the Islamic rule over the Kaaba, and the building of a mosque around it.

The first major renovation to the Mosque took place in 692. Before this renovation – which included the mosque’s outer walls been risen and decoration to the ceiling – the Mosque was a small open area with the Kaaba at the centre. By the end of the 700s the Mosque’s old wooden columns had been replaced with marble columns and the wings of the prayer hall had been extended on both sides along with the addition of a minaret. The spread of Islam in the Middle East and the influx of pilgrims required an almost complete rebuilding of the site which came to include more marble and three further minarets.

In 1399, the Mosque caught fire and what was not destroyed in the fire (very little) was damaged by unseasonable heavy rain. Again the mosque was rebuilt over six years using marble and wood sourced from nearby mountains in the Hejaz region of current day Saudi Arabia. When the mosque was renovated again in 1570 by Sultan Selim II’s private architect it resulted in the replacement of the flat roof with domes decorated with calligraphy internally and the placement of new support columns. These features – still present at the Mosque – are the oldest surviving parts of the building and in fact older than the Kaaba itself (discounting the black stone itself) which is currently in its fourth incarnation made in 1629. The Saudi government acknowledges 1570 as the earliest date for architectural features of the present Mosque.

Following further damaging rain in the 1620s, the Mosque was renovated yet again: a new stone arcade was added, three more minarets were built and the marble flooring was retiled. This was the unaltered state of the Mosque for nearly three centuries.

The most significant architectural and structural changes came, and continue to come, from the Saudi status of ‘Guardian of the Holy Places’ and the honorific title of Custodian of the Two Holy Mosques (the other being the Mosque of the Prophet in Medina) been afforded to King Abdul Aziz. Many of the previously mentioned features – particularly the support columns – were destroyed in spite of their historical value. In their place came artificial stone and marble, the ceiling was refurnished and the floor was replaced. The Al-Safa and Al-Marwah, an important part of both Hajj and Umrah, came to be included in the Mosque itself during this time via roofing and enclosement. Also during this first Saudi renovation four minarets were added.

The second Saudi renovations, this time under King Fahd, added a new wing and an outdoor prayer area to the Mosque. The new wing which is also for prayers is accessed through the King Fahd Gate. This extension is considered to have been from 1982-1988.

The third Saudi extension (1988-2005) saw the building of further minarets, the erecting of a King’s residence overlooking the Mosque and further prayer area in and around the mosque itself. These developments have taken place simaltenously with those in Arafat, Mina and Muzdalifah. This third extension has also resulted in 18 more gates been built, three domes corresponding in position to each gate and the installation of nearly 500 marble columns.

Modern but essentially non-architectural developments have been the addition of heated floors, air conditioning, escalators and a drainage system.

The death of King Fahd means that the Mosque is now undergoing a fourth extension which began in 2007 and is projected to last until 2020. King Abdullah bin Abdul-Aziz plans to increase the capacity of the mosque by 35% from its current maximum capacity of 800,000 with 1,120,000 outside the Mosque itself.

The importance of the mosque is twofold. It not only serves as the common direction towards which Muslims pray, but is also the main location for pilgrimages.

Шаблон:Unreferenced section Шаблон:Main The qibla—the direction that Muslims turn to in their prayers (salah)—is toward the Kaaba and symbolizes unity in worshipping one God. At one point the direction of the qibla was toward Bayt al-Maqdis (Jerusalem) (and is therefore called the First of the Two Qiblas),Шаблон:Fact however, this only lasted for seventeen months, after which the qibla became oriented towards the Kaaba in Mecca. According to accounts from Muhammad's companions, the change happened very suddenly during the noon prayer at Medina in the Masjid al-Qiblatain.

The Haram is the focal point of the hajj and umrah pilgrimages that occur in the month of Dhu al-Hijjah in the Islamic calendar and at any time of the year, respectively. The Hajj pilgrimage is one of the Five Pillars of Islam, required of all able-bodied Muslims who can afford the trip. In recent times, about 3 million Muslims perform the hajj every year.

Some of the rituals performed by pilgrims are symbolic of historical incidents. For example, the episode of Hagar's search for water is emulated by Muslims as they run between the two hills of Safa and Marwah whenever they visit Mecca.

Шаблон:Unreferenced section Шаблон:Main Literally, Kaaba in Arabic means square house. The word Kaaba may also be derivative of a word meaning a cube. Some of these other names include:

The whole building is constructed out of the layers of gray blue stone from the hills surrounding Mecca. The four corners roughly face the four points of the compass. In the eastern corner is the Hajr-al-Aswad (the Black Stone), at the northern corner lies the Rukn-al-Iraqi ('The Iraqi corner'), at the west lies Rukn-al-Shami ('The Syrian corner') and at the south Rukn-al-Yamani ('The Yemeni corner'). The four walls are covered with a curtain (Kiswah). The kiswa is usually of black brocade with the Shahada outlined in the weave of the fabric. About two-thirds of the way up runs a gold embroidered band covered with Qur'anic text.

The imams have a set Rota to decide who leads which prayer in Makkah.

Fajr duty is Sheikh Salih bin Abdullah al Humaid. But he was made chairman/speaker of Saudi Parliament (Majlis Shura), so most of the time he is in Riyadh Capital. So in his absence Sheikh Saud Al-Shuraim was given Fajr Salah. If Sheikh Shuraim is away then Sheikh Al-Talib leads the Fajr Salah but now Sheikh Mahir leads it. Whenever Sheikh Humaid is in Mecca he will lead fajr salah.

Asr is led by Sheikh Al-Talib.

Magrib duty is Sheikh Sudais. When he is not around then it used to Sheikh Al-Talib who used to lead it until recently when Sheikh Mahir used to come and now Sheikh Faisal Gazzawi.

Outside of Al-Masjid al-Ḥarām (The Sacred Mosque) — Omar A. @ Flickr

Esha duty is Sheikh Al-Talib. When he is not around Sheikh Khalid Al Ghamdi comes.

Muezzins at the Haram Sharif should have certain qualities, most importantly good morals and a good voice in addition to Islamic knowledge which all help him perform his duty in the best manner.

There are 16 muezzins at the mosque now, and during Ramadan an additional six are appointed. Apart from adhan, a muezzin also supports imams by repeating what they say in a loud voice. This is important, especially during Ramadan, when a large number of worshippers throng the mosque.

Шаблон:Main A terrorist attack on the mosque took place on November 20, 1979. The seizure by the dissidents (men and women) was led by Juhayman al-Otaibi. This event shook the Muslim world as the holiest of Islamic sites saw violence and killing, when hundreds of pilgrims present for the annual hajj were taken hostage, and in the aftermath, large numbers of both Saudi forces and of the militants were killed in the ensuing battles for control of the site.

Шаблон:Main A terrorist attack on the mosque took place. On July 31 1987, Iranian pilgrims staged a demonstration in the City of Mecca. Following the intervention of the Saudi security forces 402 people were killed (275 Iranians, 85 Saudis including policemen, and 45 pilgrims from other countries) and 649 wounded (303 Iranians, 145 Saudis, and 201 other nationalities).Шаблон:Fact

The Well of Zamzam (or the Zamzam Well, or just Zamzam; Arabic:

Add to wishlist
I've been here
Visited
The Qishla of Jeddah

The Qishla of Jeddah (Turkish: Cidde Redif Kışlası) was built in 15 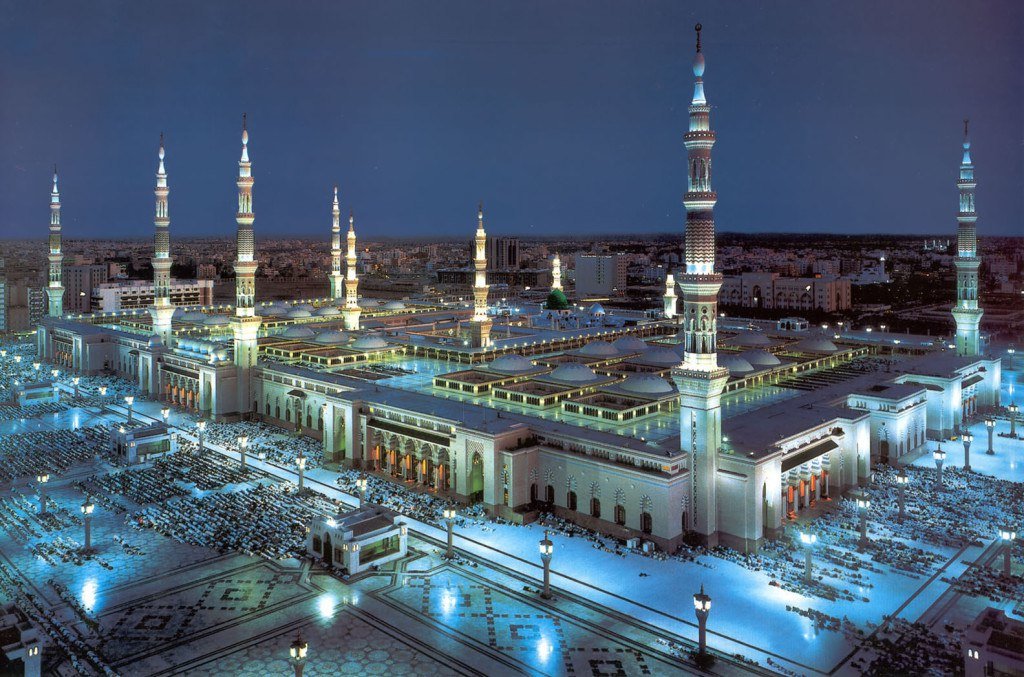 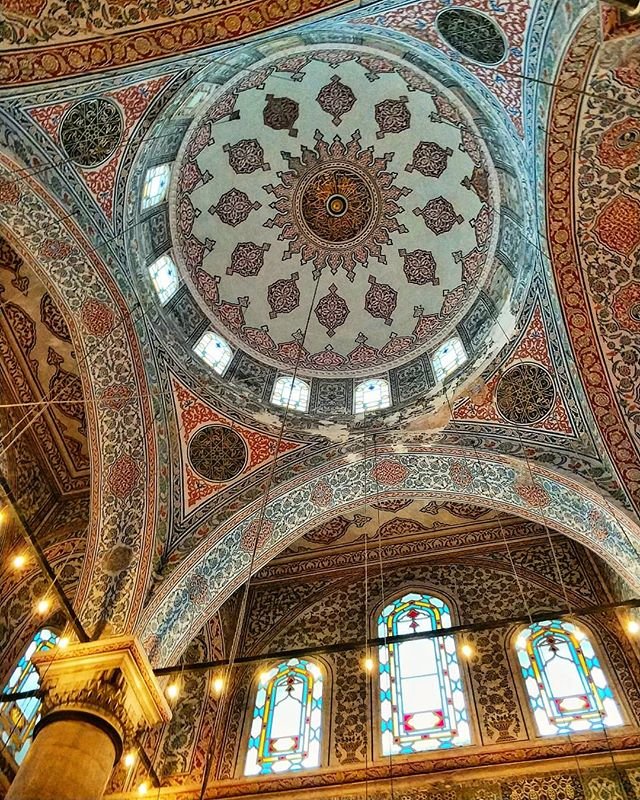 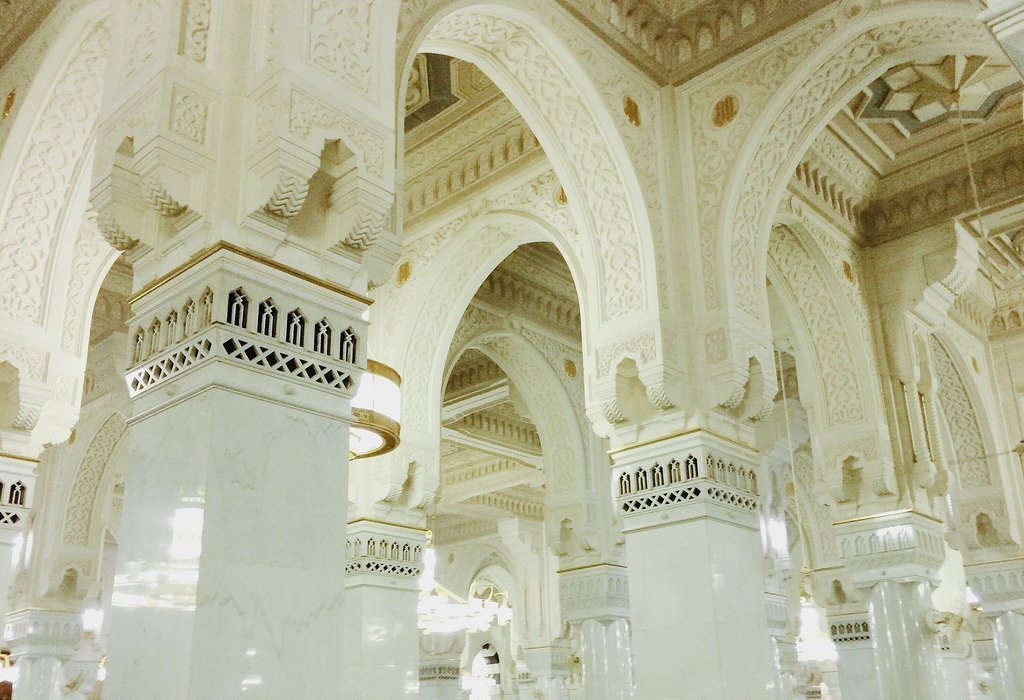 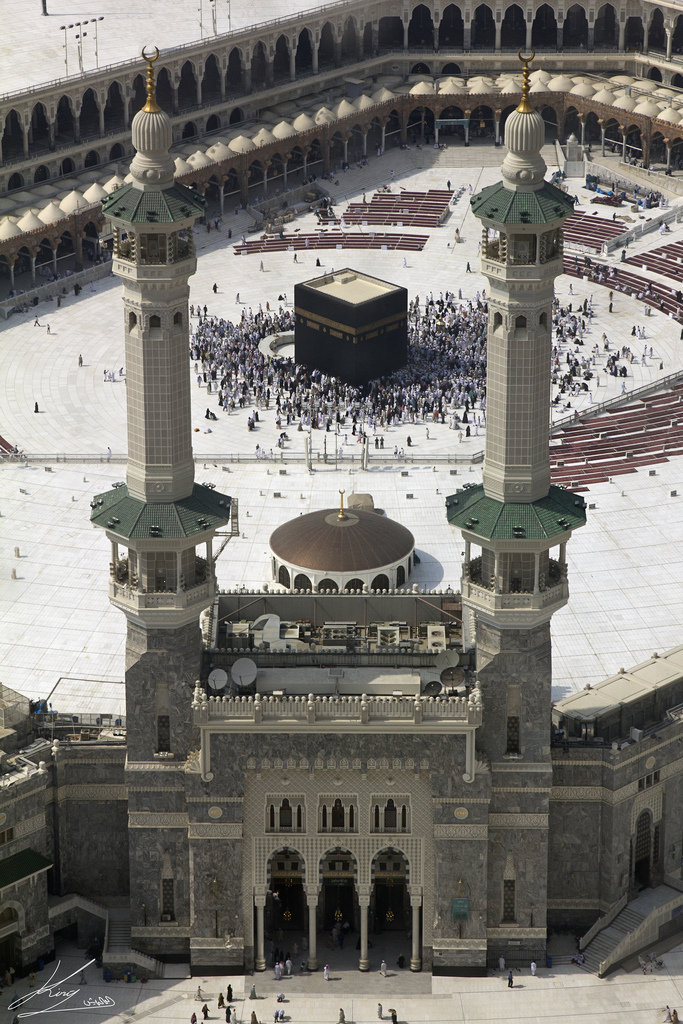 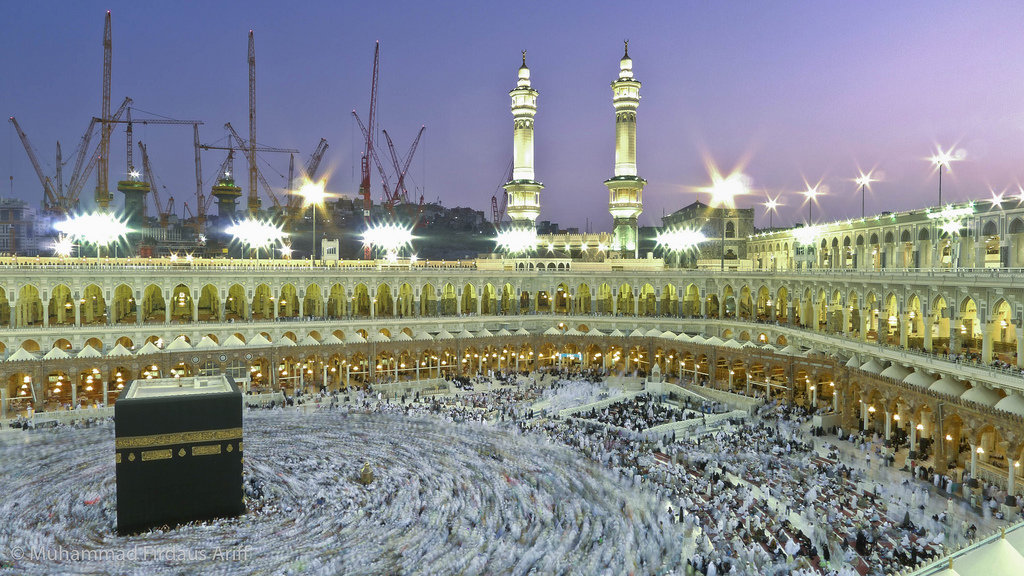 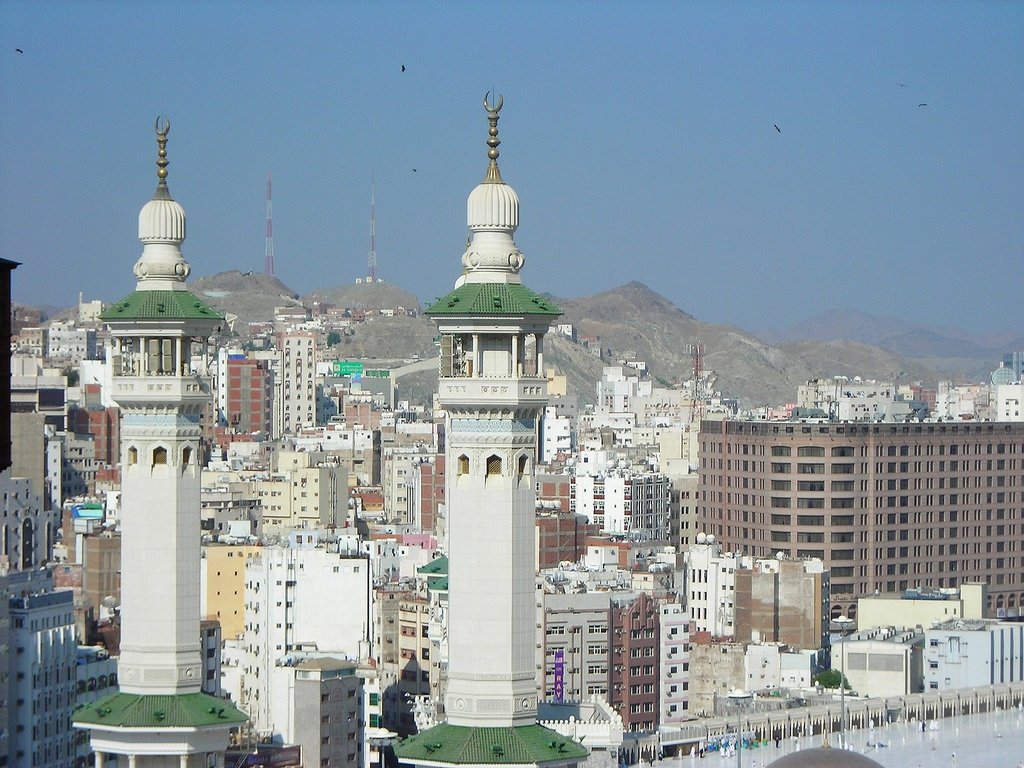 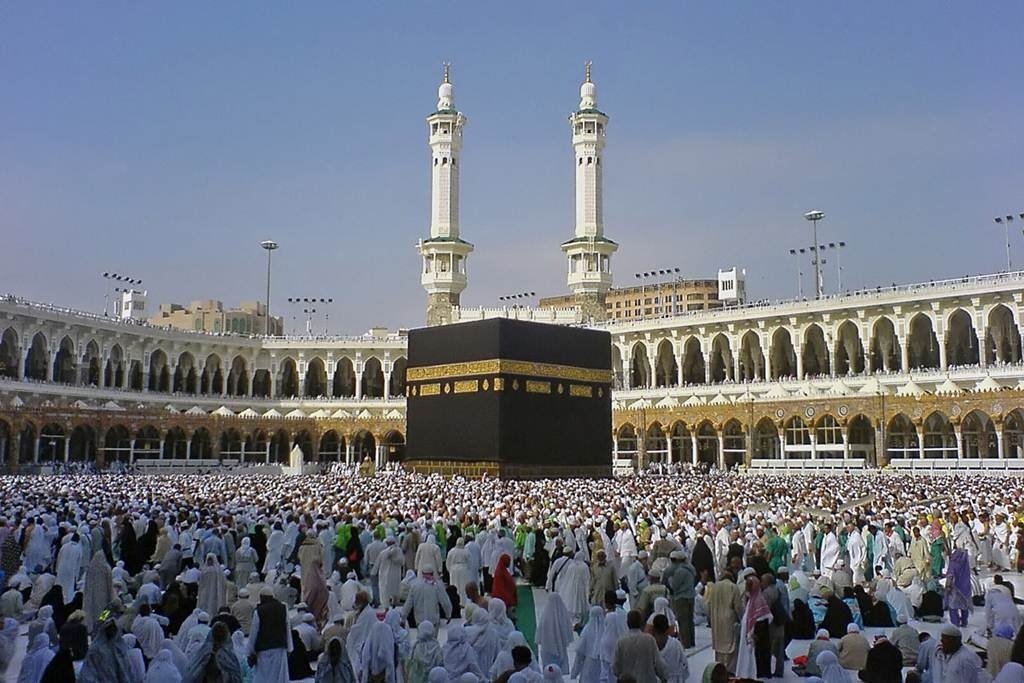 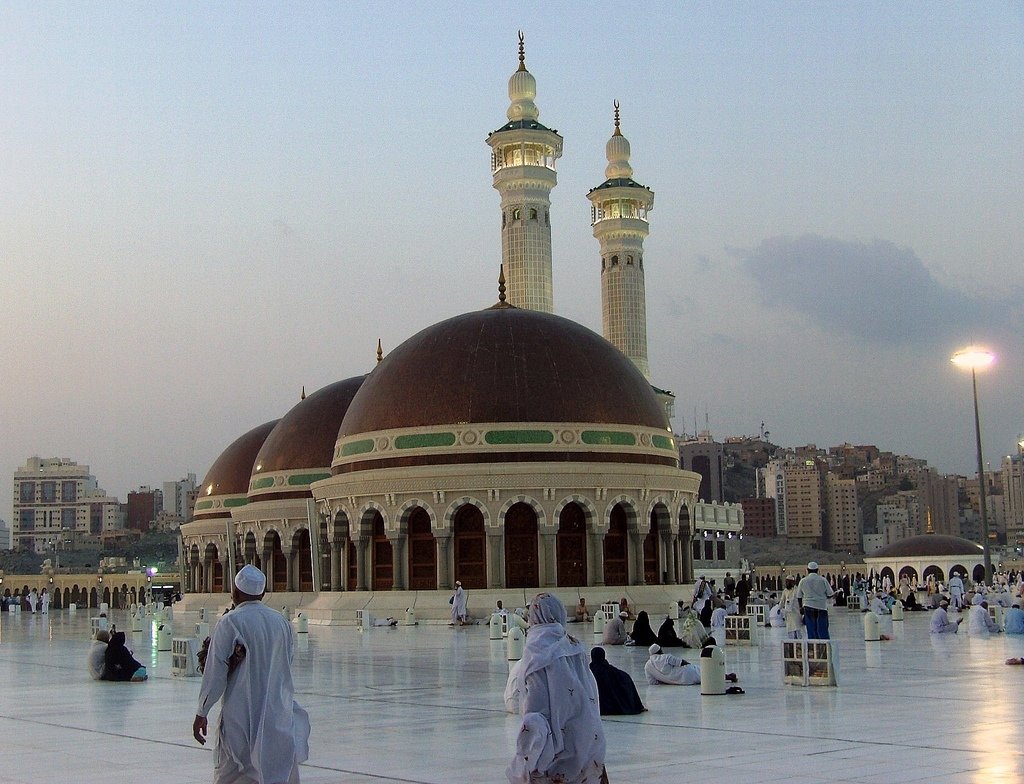 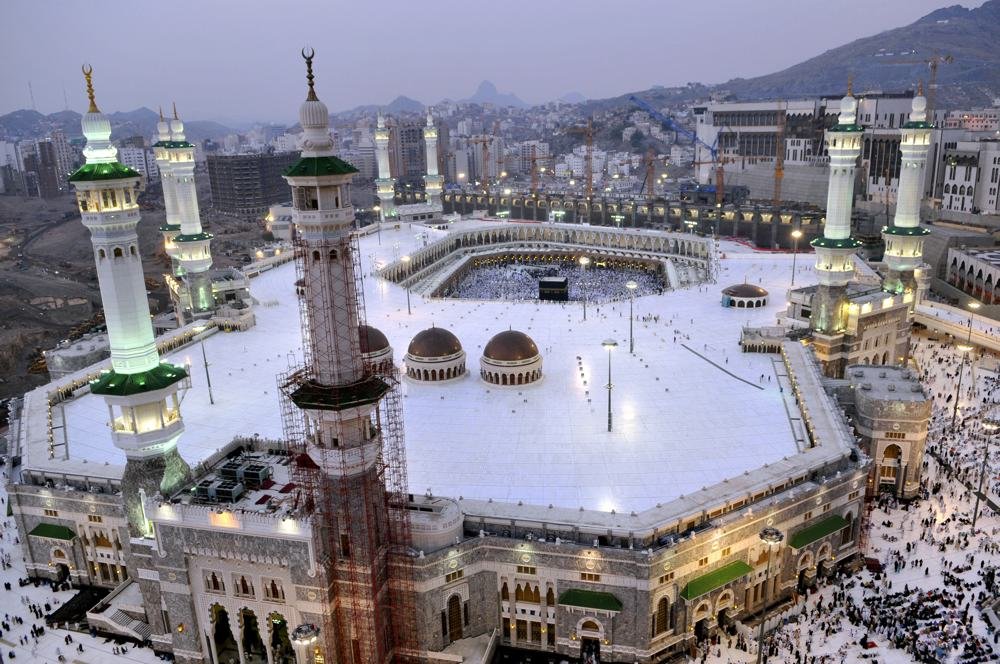 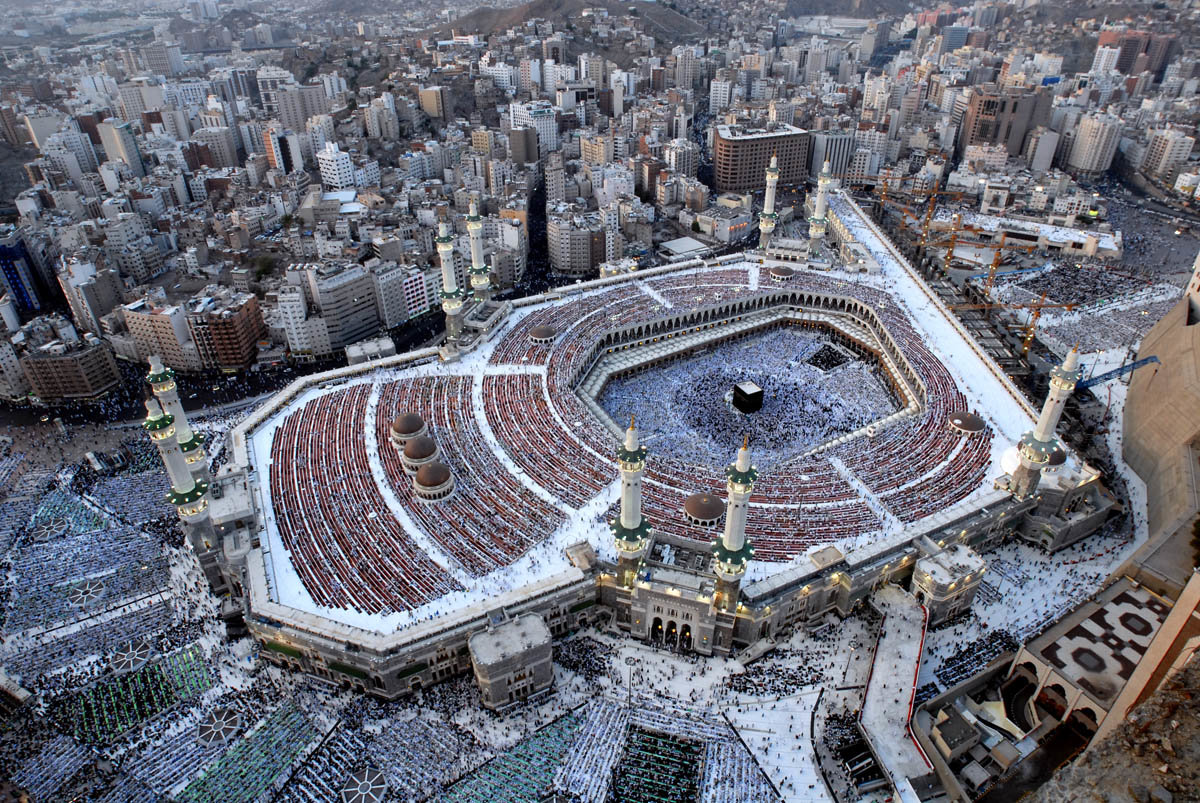 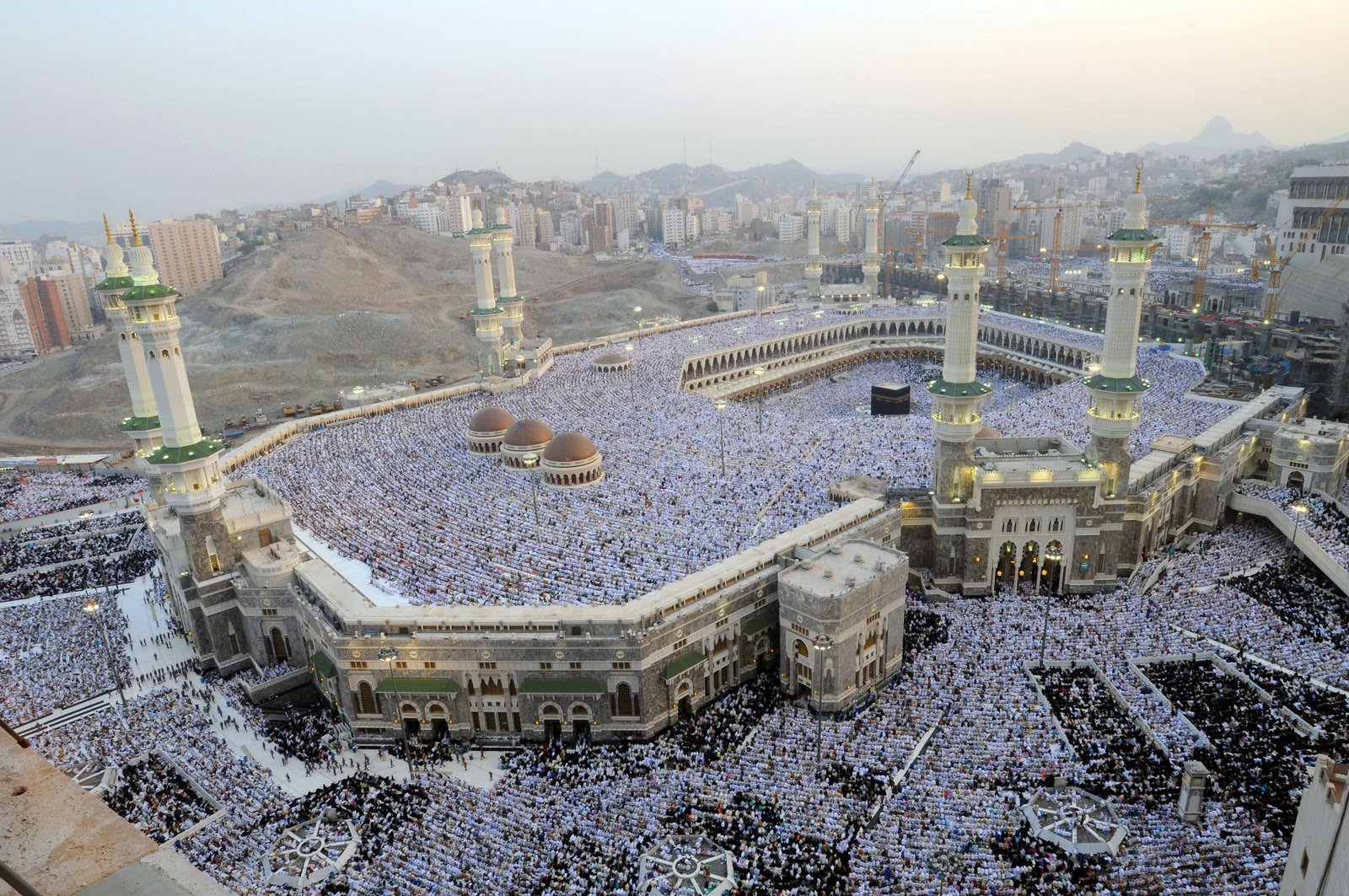 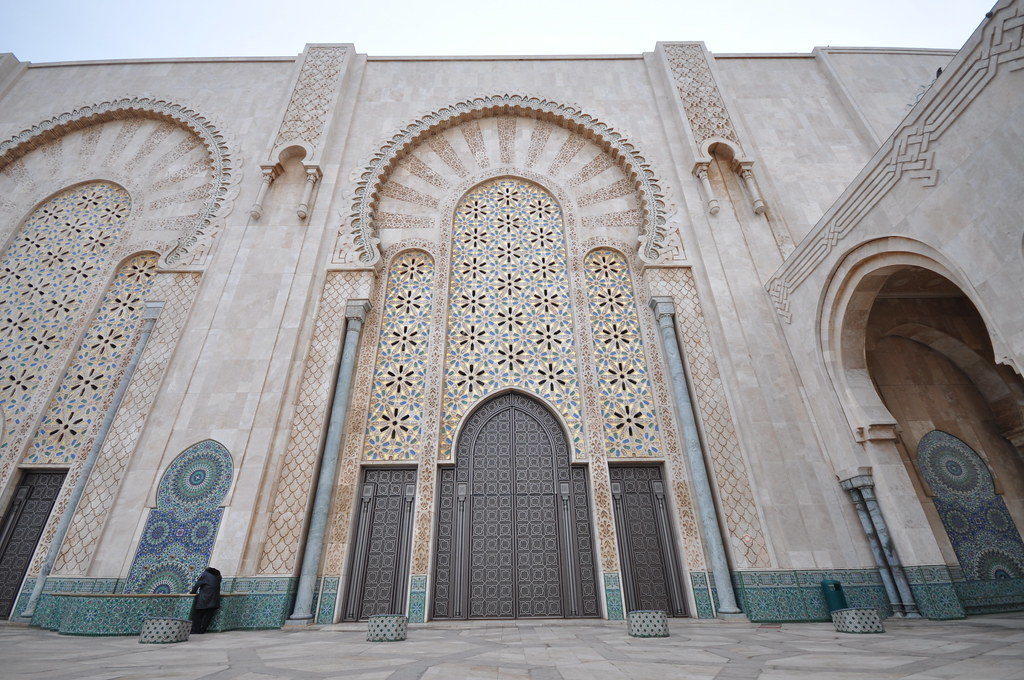 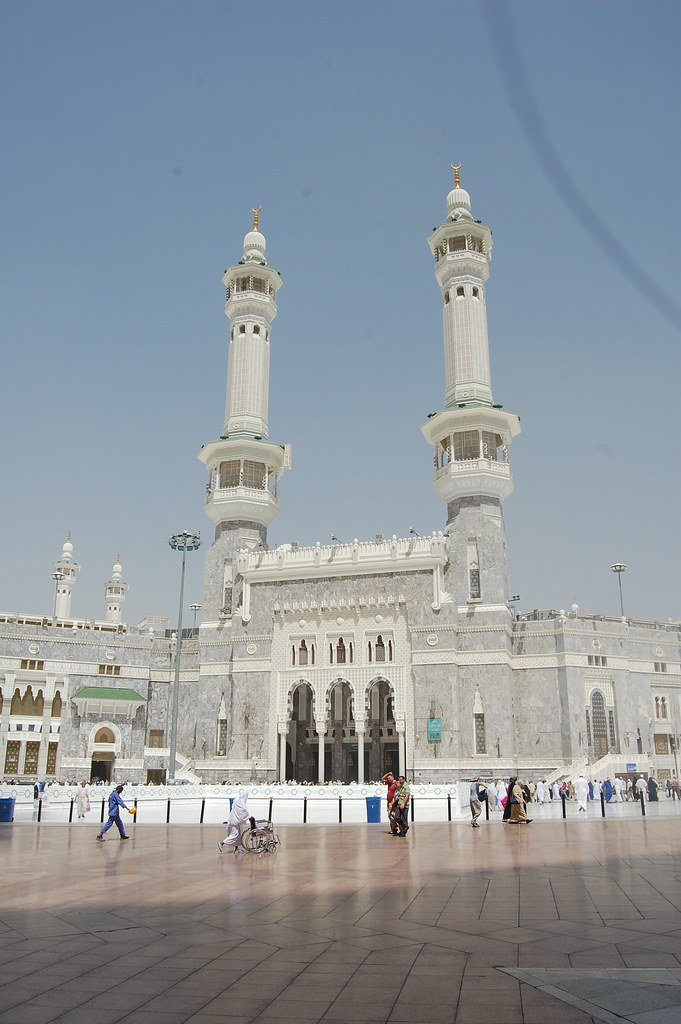 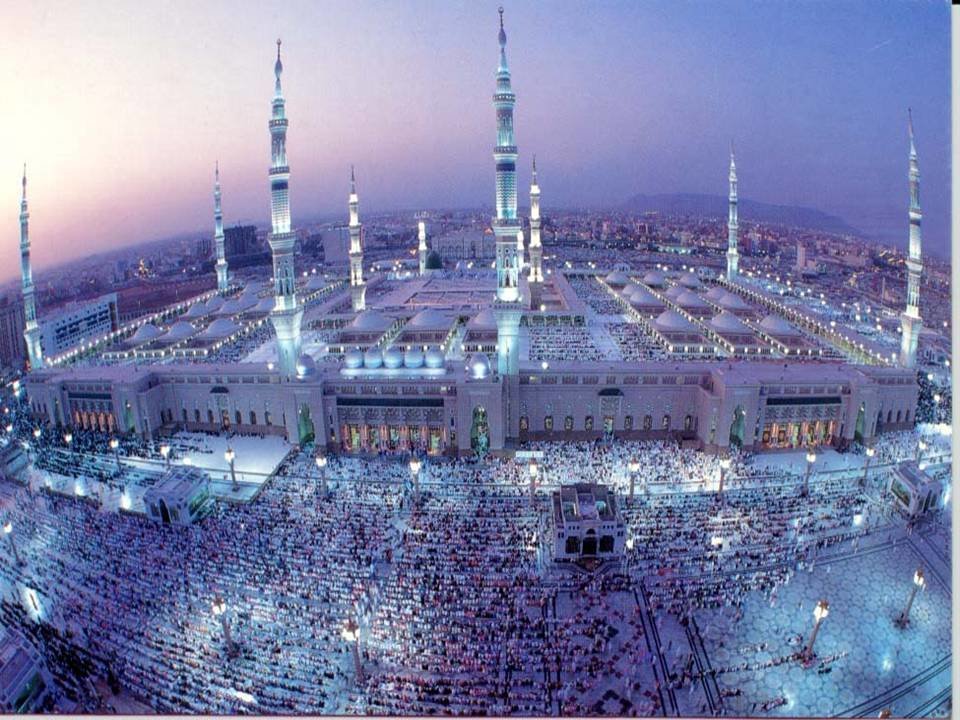