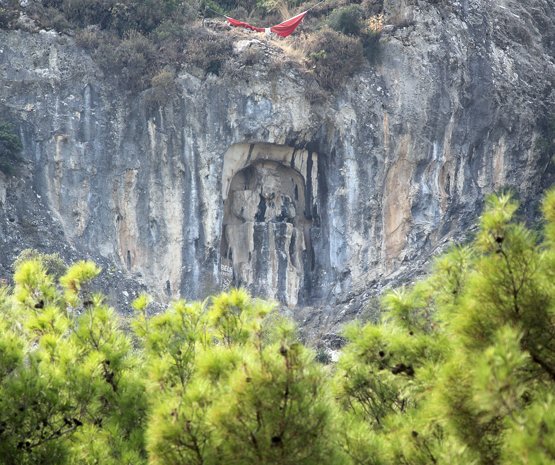 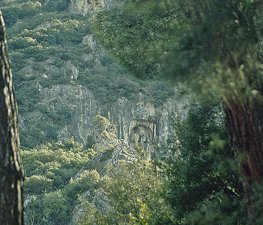 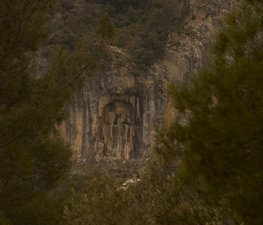 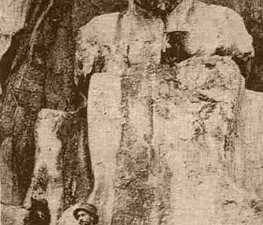 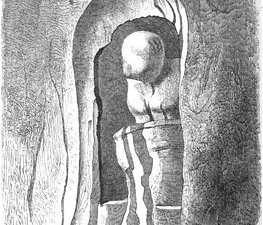 The Manisa relief, also known as the Akpınar relief and the Cybele relief (Turkish: 'Taş Suret' (Cliff image) or Sipil Heykeli (Sipylos Monument)), is a Hittite rock relief at Akpınar, about 5 km east of the Turkish provincial capital of Manisa above an amusement park on the road to Salihli. It depicts a Hittite divinity. Rock reliefs are a prominent aspect of Hittite art.

The relief is located in a niche about 100-120 m up a granite cliff-face of Mount Sipylus, overlooking the city of Manisa, the ancient Lydian city of Magnesia ad Sipylum, and the Gediz river valley (the ancient Hermos). It is over 6 m high and in poor condition.

A seated figure 8-10 m high is depicted in high relief (but not completely separated from the cliff face), who looks northwards and wears a tall pointed headdress. Its hands seem to rest on its breasts, the feet rest atop a footstool. The head has partly cleaved away, from natural causes.

Two remnants of Luwian hieroglyphic inscriptions are visible to the right of his head, which indicate that the relief dates to the Hittite period. Cecil John Cadoux thought a date in the time of Suppiluliuma I or his son Mursili II (i.e. 14th century BC) was probable. Helmuth Theodor Bossert read the leftmost inscription (Akpınar 1) as "Prince Kuwalanamuwa", the same name which is found on the Hanyeri relief, but it is unclear whether both refer to the same individual. The right inscription (Akpınar 2) was not legible to Hans Gustav Güterbock, who studied the relief with R.A. Alexander in 1978.

In the second century AD, Pausanias recorded the figure in his Description of Greece as a depiction of the mother goddess, Cybele, made by Broteas the son of Tantalos. Several travellers in the 18th and 19th centuries described the work, including Richard Chandler, Charles Texier, Gustav Hirschfeld and Archibald Henry Sayce. The interpretation of the figure is disputed. Bossert's identification with Cybele was rejected by Kurt Bittel as unsustainable, but he still saw a female goddess, as did Ekrem Akurgal. Peter Z. Spanos, however, interprets the figure as the Weather god, which conforms to the general tendency today to interpret the image as a male god; Ehringhaus suggests it is a mountain god.

As a result of confusion with a different natural rock formation near Manisa, which resembles a sitting figure and is known as Weeping Niobe, this relief is sometimes, incorrectly, known as the Niobe cliffs.

Tips & Hints
Arrange By:
Popular first New first
There are no tips nor hints for Manisa relief yet. Maybe be you will be the first one to post useful information for fellow travellers? :)
1.0/10
I've been here
Add to wishlist

Sardis Synagogue is a synagogue located in the province of Manisa 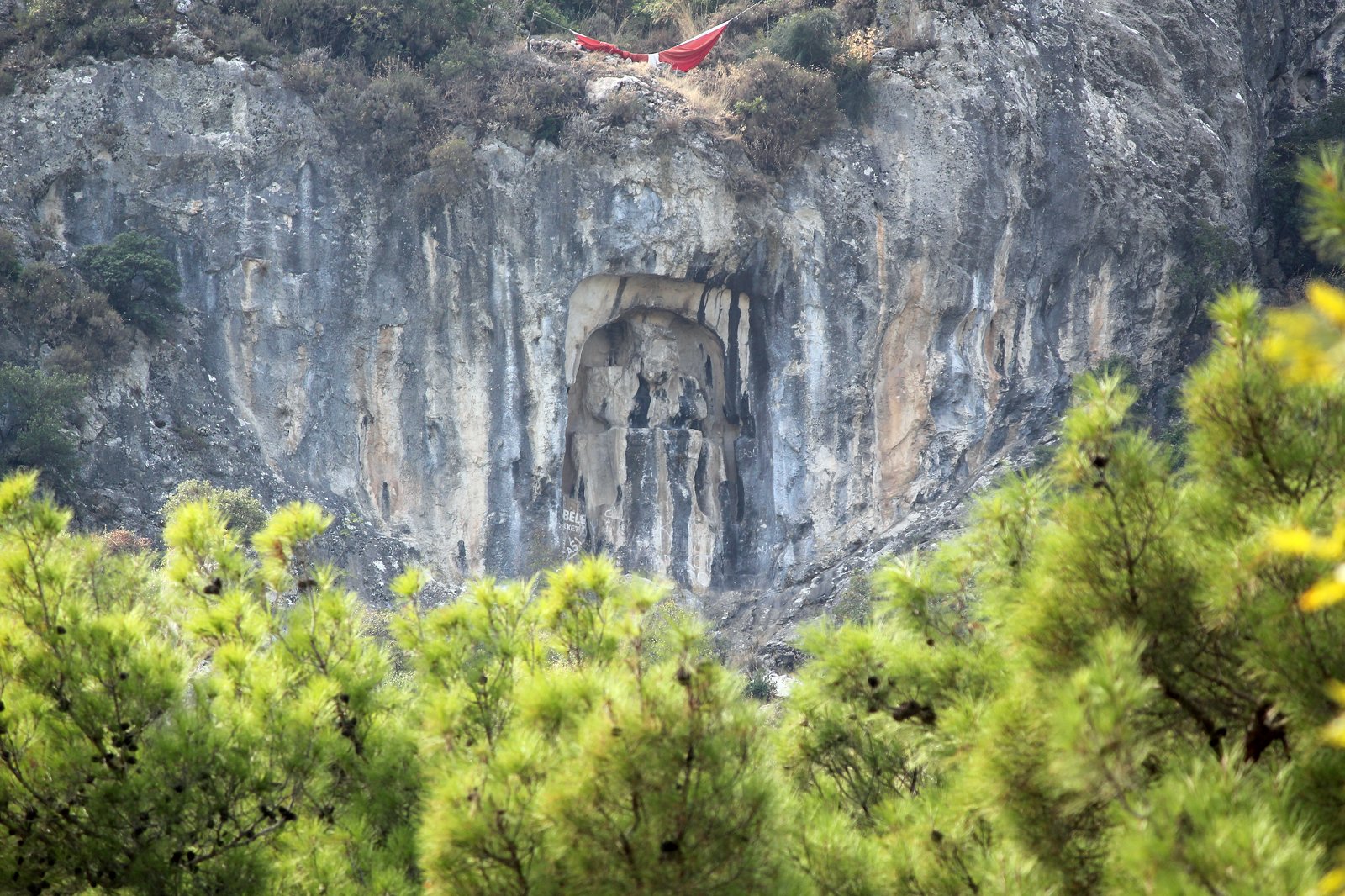 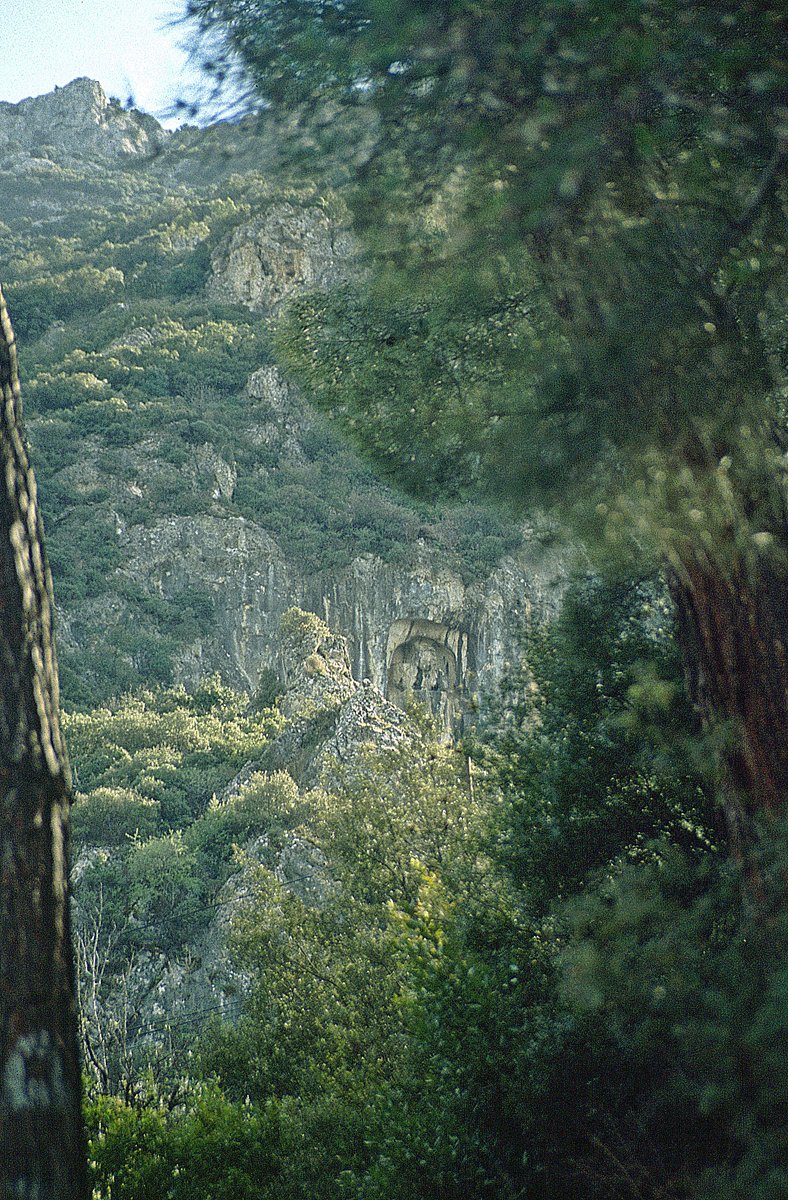 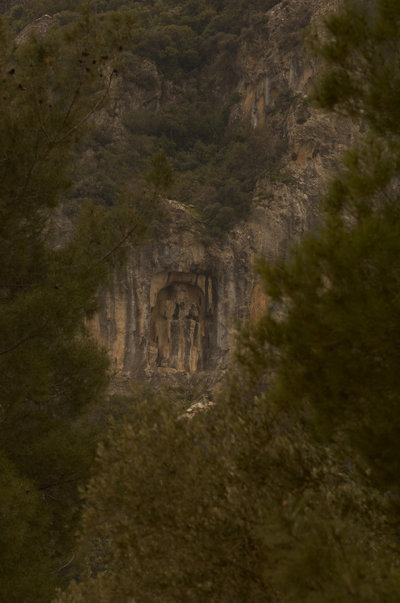 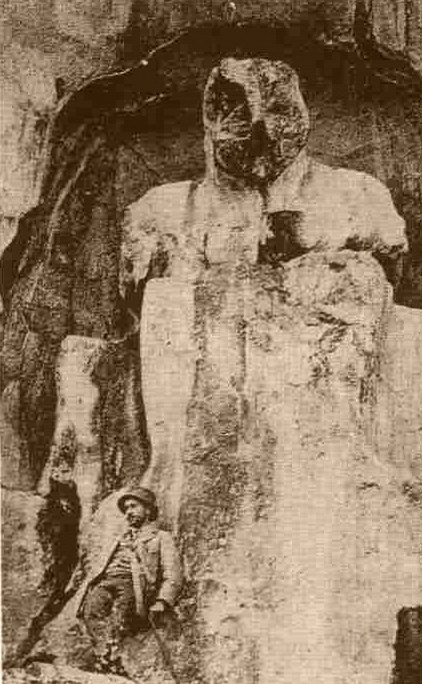 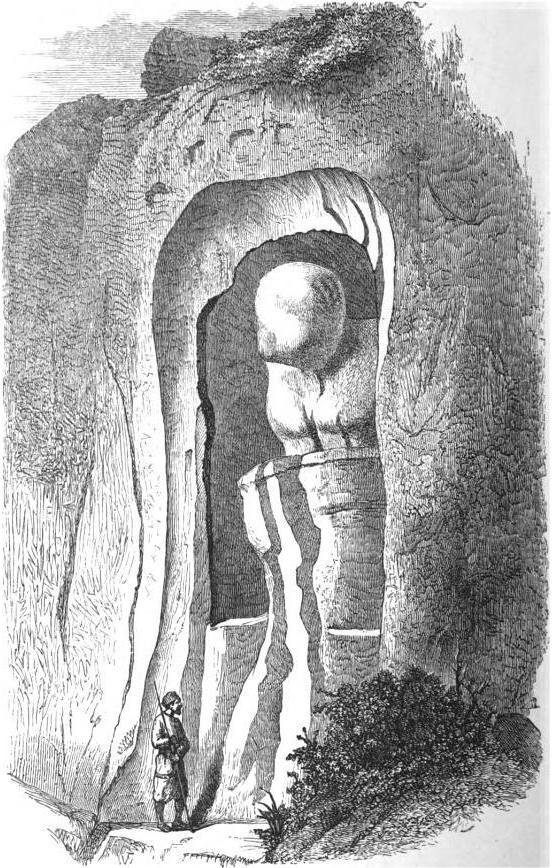