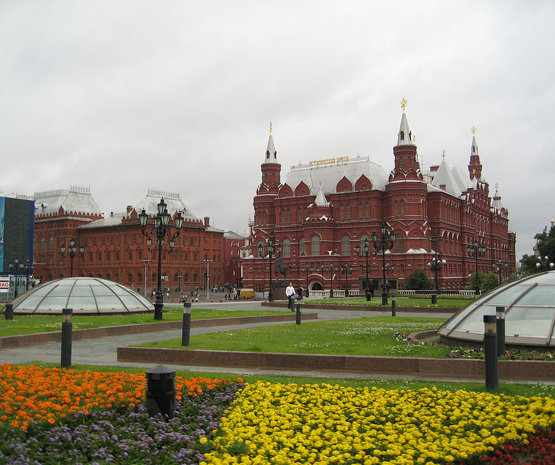 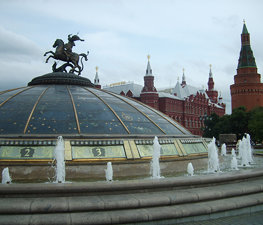 Manege Square (Russian: Манежная площадь, Manezhnaya ploshchad) is a large pedestrian open space at the very centre of Moscow bound by the Hotel Moskva (to the east), the State Historical Museum and the Alexander Garden (to the south), the Moscow Manege (to the west), and the 18th-century headquarters of the Moscow State University (to the north).

The square forms a vital part of downtown Moscow, connecting Red Square (which sprawls behind the Iberian Gate immediately to the south) with a major traffic artery, Tverskaya Street, which starts here and runs northward in the direction of Saint Petersburg. It is served by three metro stations: Okhotny Ryad, Ploshchad Revolyutsii and Teatralnaya.

The Manezhka (as it is familiarly known) had its origins in Moiseyevskaya Square, which was formed in 1798 in consequence of the demolition of the medieval Moiseyevsky Monastery which used to stand on the banks of the Neglinnaya River since the times of Ivan the Terrible. Although the muddy river was earthed up, the neighbourhood remained crammed with public houses and taverns which gave the area its infamous monicker of "Moscow's belly".

A decision was arrived at in 1932 to pull down these "ugly relics of the bourgeois lifestyle" in order to make room for Communist meetings and demonstrations. As a result, the 19th-century Grand Hotel and several Neoclassical mansions by Osip Bove were dismantled, whereupon the Moiseyevskaya Square was expanded to its present size and renamed Manezhnaya after the Manege it now abutted upon.

Notwithstanding its new name, the eastern side of the square came to be dominated by another building, the newly-built Hotel Moskva, a hybrid of several styles, most notable for its huge proportions and uptight look.

In 1967, the square was rechristened after the 50th Anniversary of the October Revolution. Furthermore, in order to commemorate that event, the Communist authorities laid a foundation stone for a grandiose sculptural monument, which failed to materialize. In August 1991, Manezhnaya Square (its name by then restored) became a venue for great demonstrations celebrating the fall of Communism after the abortive coup d'etat. More recently, it made the news in connection with riots following the Russia national football team's defeat at the 2002 FIFA World Cup.

to Saint George and the Dragon, patron of Moscow]] During the 1990s, the Moscow mayor Yuriy Luzhkov had the square closed to traffic and substantially renovated. The centrepiece of the renovated square is a modern trade centre, with four underground storeys and parking lot capped with a glass cupola symbolizing the Northern hemisphere. Another innovation is the feign river-bed of the Neglinnaya River, which has become a popular attraction for the Muscovites and tourists alike, especially on sultry days of summer. The river's course is imitated by a rivulet dotted with fountains and statues of Russian fairy-tale characters, as sculpted by Zurab Tsereteli. In 1995, Vyacheslav Klykov's equestrian statue of Marshal Zhukov was unveiled in front of the State Historical Museum to mark the 50th anniversary of the Moscow Victory Parade, when the Soviet commander had spectacularly rode a white stallion through Red Square and Manege Square.

Tiffany Z
Just next to the official red square! Very nice & open green space. On top of the underground mall. Always something happening with markets to expositions, a great place to walk through on Saturday ☺️

Larissa Ferroni
Beautiful fountains, always awake... Pass by the gallery under the square for a coffee or just some heating ;)

Just Me ????????????????????
Don’t miss checking out this 3 floor underground shopping mall. It has Loads of jackets to choose from, Fur to street clothes plus it has Uniqlo which is one of the best casual wear shop you can find!

Andělka Bělková
Beautiful! :) Lots of tourist, though. Tons of tourists.

Jorge Hernández
Right next to the Red Square

An eternal flame is a memorial consisting of a perpetually burning

The Hotel Moskva is a three-star hotel in Moscow, Russia located on

The Vernadsky State Geological Museum is the oldest museum in Moscow. 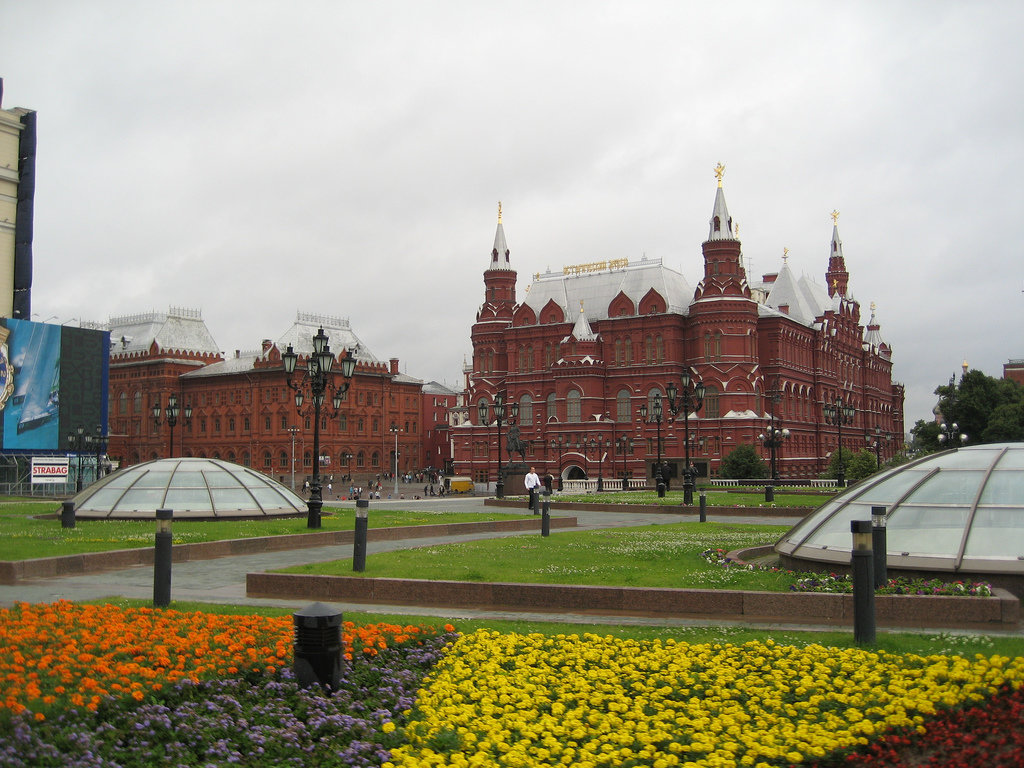 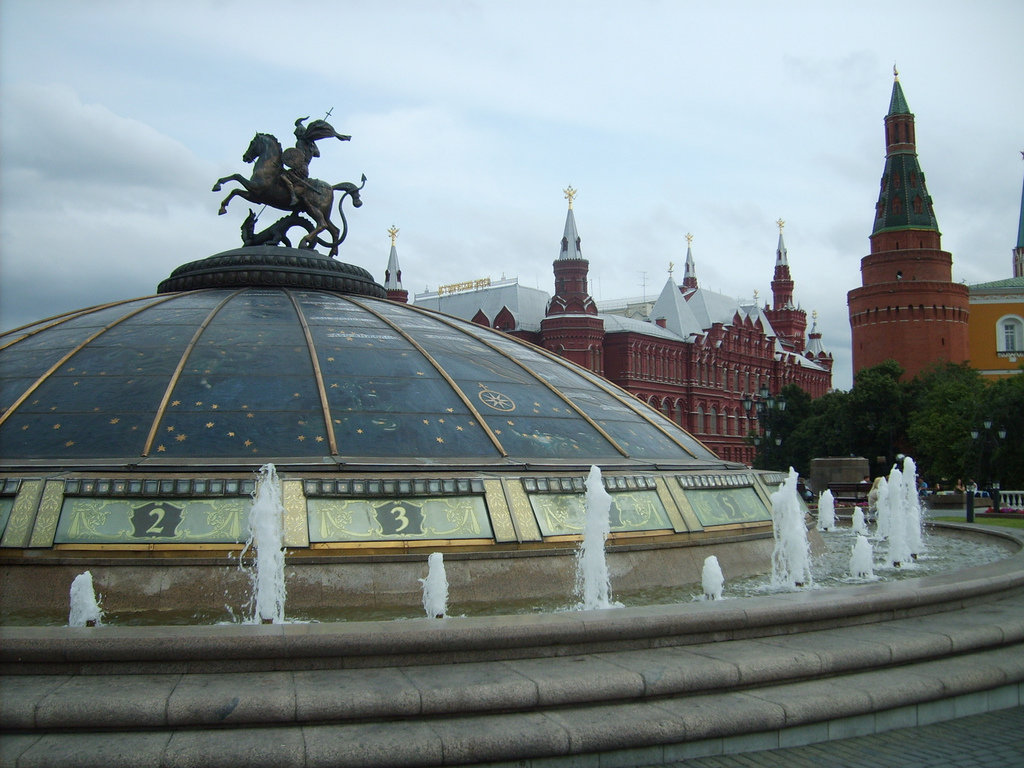 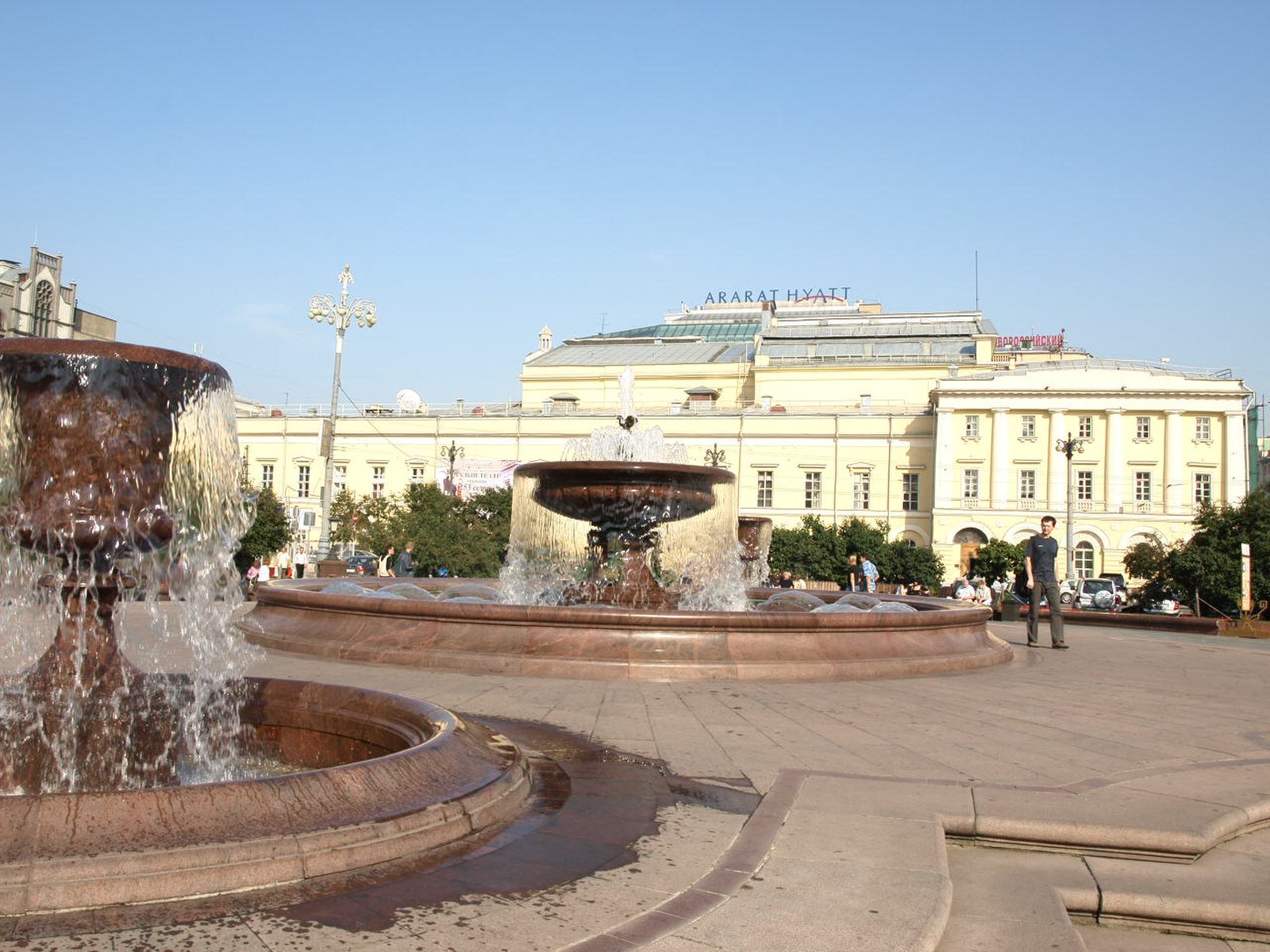 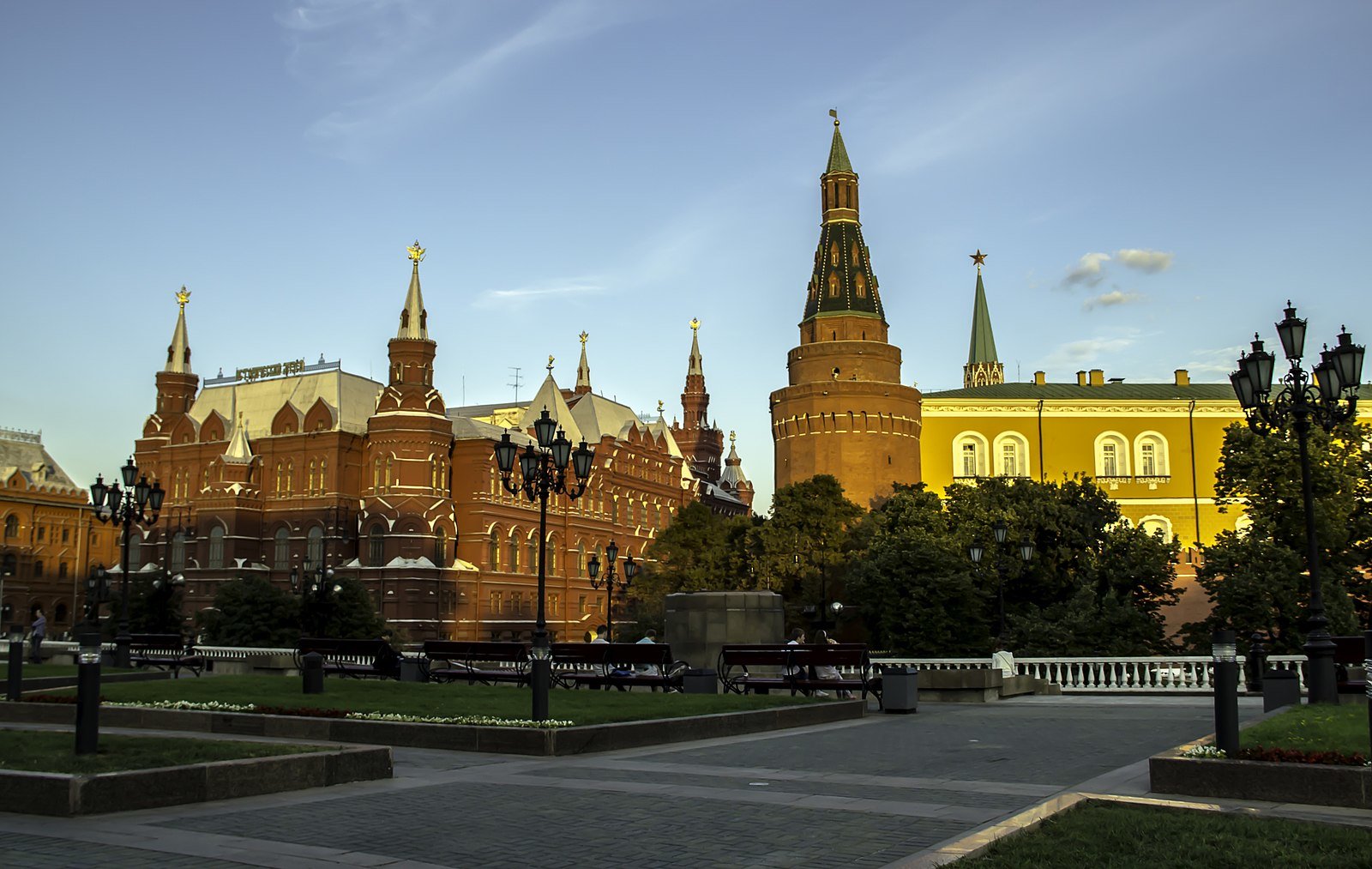