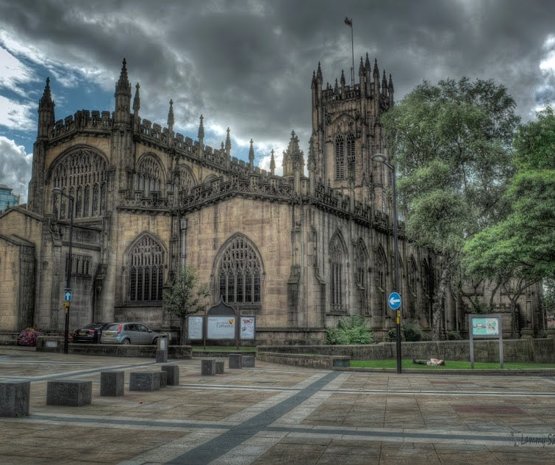 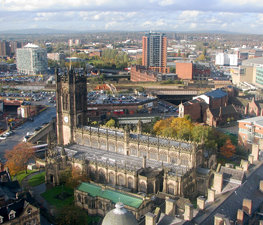 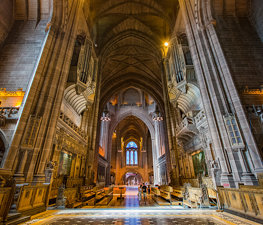 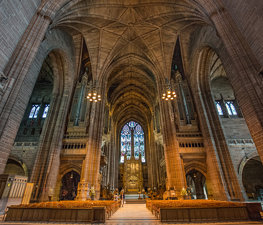 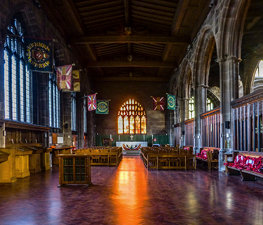 Manchester Cathedral is a Medieval church located on Victoria Street in central Manchester and is the seat of the Bishop of Manchester. The cathedral's official name is The Cathedral and Collegiate Church of St Mary, St Denys and St George in Manchester. It has also variously been known locally as St Mary's, Christ Church and, simply, t'owd church.

Although constructed over a period of 600 years, its main architectural style is Perpendicular Gothic, replete with tall windows and flat fan-vaulted ceilings. The interior of the church contains many pieces of period art, notably the medieval woodcarvings of the Ripon Carvers. It is one of the Grade I listed buildings in Manchester.

The first Christian church on the site of the current cathedral was built in the 8th century. Evidence for this comes from the Angel Stone which dates to the period; the Old English inscription on the stone translates as "into thy hands, O Lord, I commend my spirit".<ref group="notes">Despite the Old English inscription, according to historian Alan Kidd, the stone is probably of a later date, however he does not explain how he reached this conclusion.</ref> The Saxon Church was recorded as St Mary's in the Domesday Survey. The entry for Manchester reads "the Church of St Mary and the Church of St Michael hold one carucate of land in Manchester exempt from all customary dues except tax".<ref group="notes">It's thought that the St Michael's Church mentioned in the Domesday Survey was on the site of St Michael and All Angels' Church in Ashton-under-Lyne.</ref>

Work on the current building began in 1215 within the confines of the Baron's Court beside the Manor House. The occupying Lords of the Manor were the Grelley family, and their coat of arms is still associated with the Cathedral to this day. The Grelley family acted as stewards of the church, building and endowing the first chancery, the St. Nicholas Chancery.

In 1311 the succession of the Grelley family ended, and the estate passed by marriage to the de la Warre family. Between 1330 and 1360 the ornately carved entrance to the Lady Chapel and its former tower were constructed. In 1349 the St. Nicholas Chancery was endowed by the de Trafford family. The involvement of the de la Warre family was furthered in 1382 when Thomas de la Warr, later to be appointed Baron of Manchester, became Rector of the parish church.

King Henry V chartered the church as a collegiate foundation in 1421 and it has had close ties with education ever since. The priests of the college were housed in collegiate buildings to the north of the church. The buildings survive as Chetham's Hospital, founded by Humphrey Chetham on his death in 1653. They retain the fifteenth century hall, cloister and spectacular library. The library is the oldest surviving public library in Britain and among its readers was Karl Marx. Chetham's school was refounded in 1969 Chetham's Hospital School of Music, which rapidly attained international prestige as Britain's leading music academy for pre-university students. The boys of the Cathedral Choir are drawn from among its students.

The church was expanded many times over the following centuries by various town notables, and had its treasures plundered several times (notably by Edward VI in 1550 and during the English Civil War in 1649).

In 1847, the Diocese of Manchester was created, and the church was named its cathedral. Some extensive rebuilding and refacing also took place during the 1800s, so that the buildings do not look as old as other buildings of comparable antiquity.

During the Manchester Blitz, a German bomb severely damaged the cathedral; it took nearly twenty years to repair all of the destruction.

The cathedral became a Grade I listed building on 25 January 1952.

The building was again damaged by an IRA bomb in 1996. The cathedral houses extensive parish and historical archives, dating back to 1421. In 2003, a project began to provide an exhaustive catalogue of the archive's contents to the public. It was the setting for a marriage at the start of the 2006 episode of Cracker.

The Cathedral has thirty, 16th century misericords, which are considered to be amongst the finest misericords in Europe. It is worth noting that the misericords have a stylistic similarity to those at Ripon_Cathedral and Beverley_minster - and although Manchester's post date-these, they were probably carved by the same school at Ripon. One of the most notable is N-08, which is the earliest known mention of backgammon in the UK.

There are 10 bells in the cathedral tower hung for change ringing, which were cast in 1925 by Gillett & Johnston. The tenor (largest) bell has a mass of 1.3 tonnes and is tuned to the key of D. The bells are rung for church service on a Sunday morning and for special occasions, the latest being for a visit by HM the Queen for The Royal Maundy. One of the recipients of the Maundy Money was the tower Captain, Roland Eccles, for 35 years of service to ringing and to the Cathedral community.

Every year, on the third Friday in October, the Manchester Grammar School's Founders' Day Service is held in the Cathedral. Before moving to Fallowfield in the 1930s, MGS was situated in the building that is now Chetham's School of Music, right next to the Cathedral. It is believed that this service is the oldest tradition in Manchester.

Details of the organ from the National Pipe Organ Register

Saud Alghizzi
One of the best cathedrals I have ever visited. And I have visited many. Especially I Italy.

David Cameron
Fantastic live music venue. Bar and cloakroom reasonably priced. Gents toilets are outside, through the door opposite the entrance.

Saud Alghizzi
One of the best built cathedrals I have ever visited. .and I visited many, including those in Rome.

Carl Griffin
Nice oasis of calm in a busy city.

Tim Pottiez
Worth a visit. Such a beautiful cathedral.
Load more comments
foursquare.com
8.7/10
Ruslan Here and 45,896 more people have been here
I've been here
Add to wishlist

The Museum of Transport, Greater Manchester is a museum that aims to

Washington National Cathedral, whose official name is the Cathedral 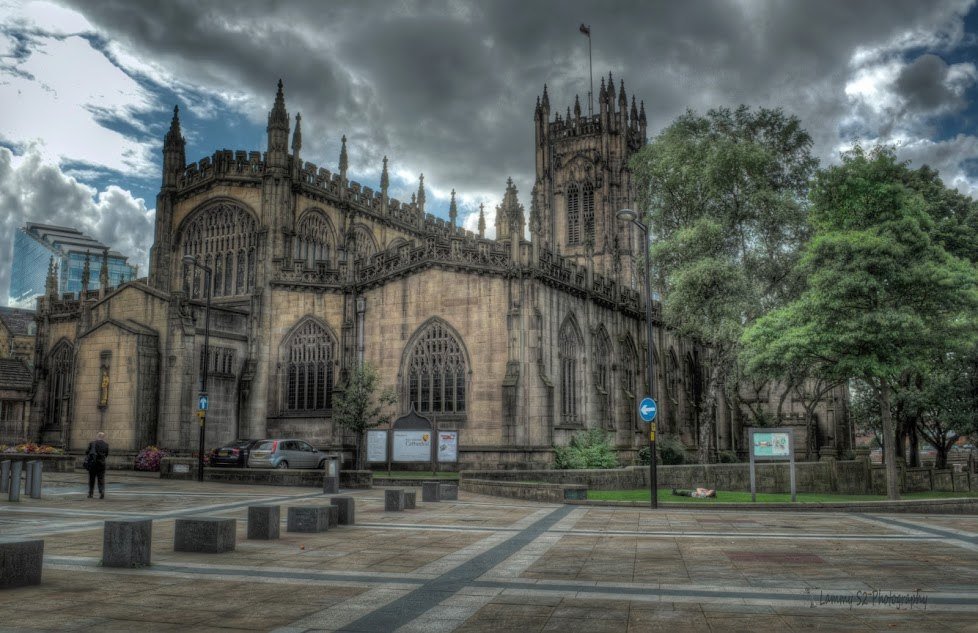 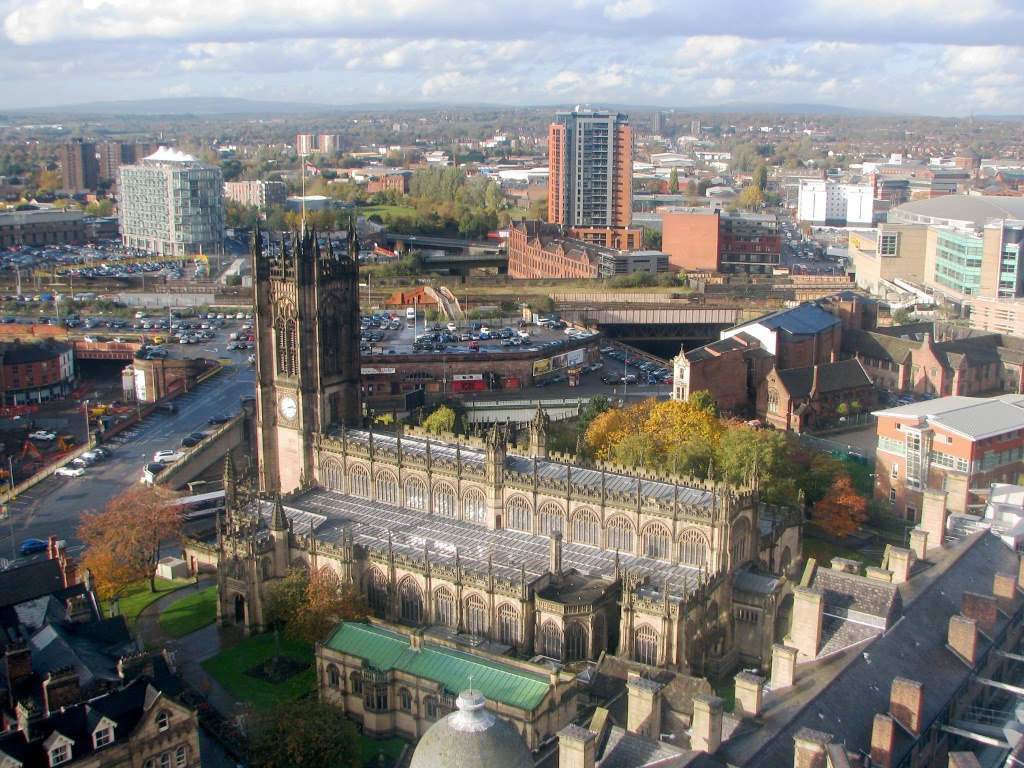 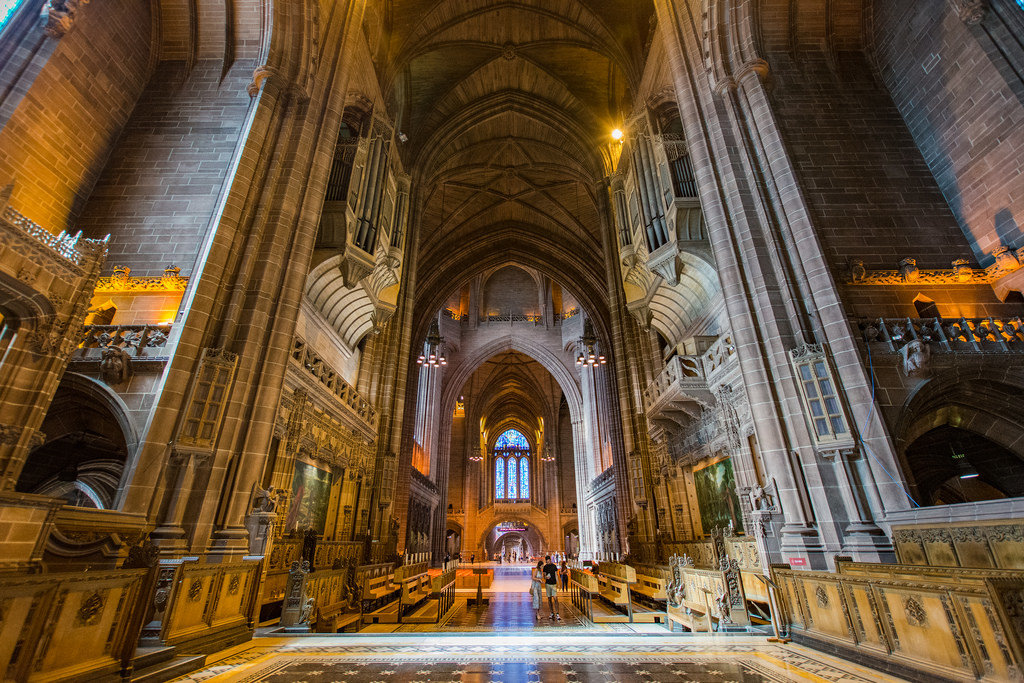 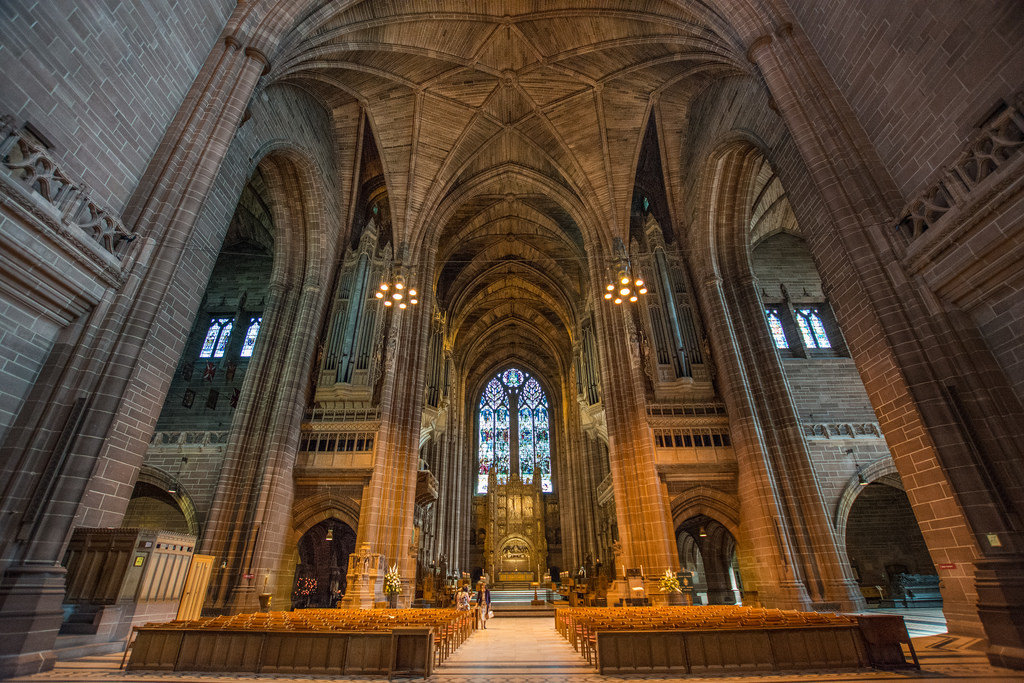 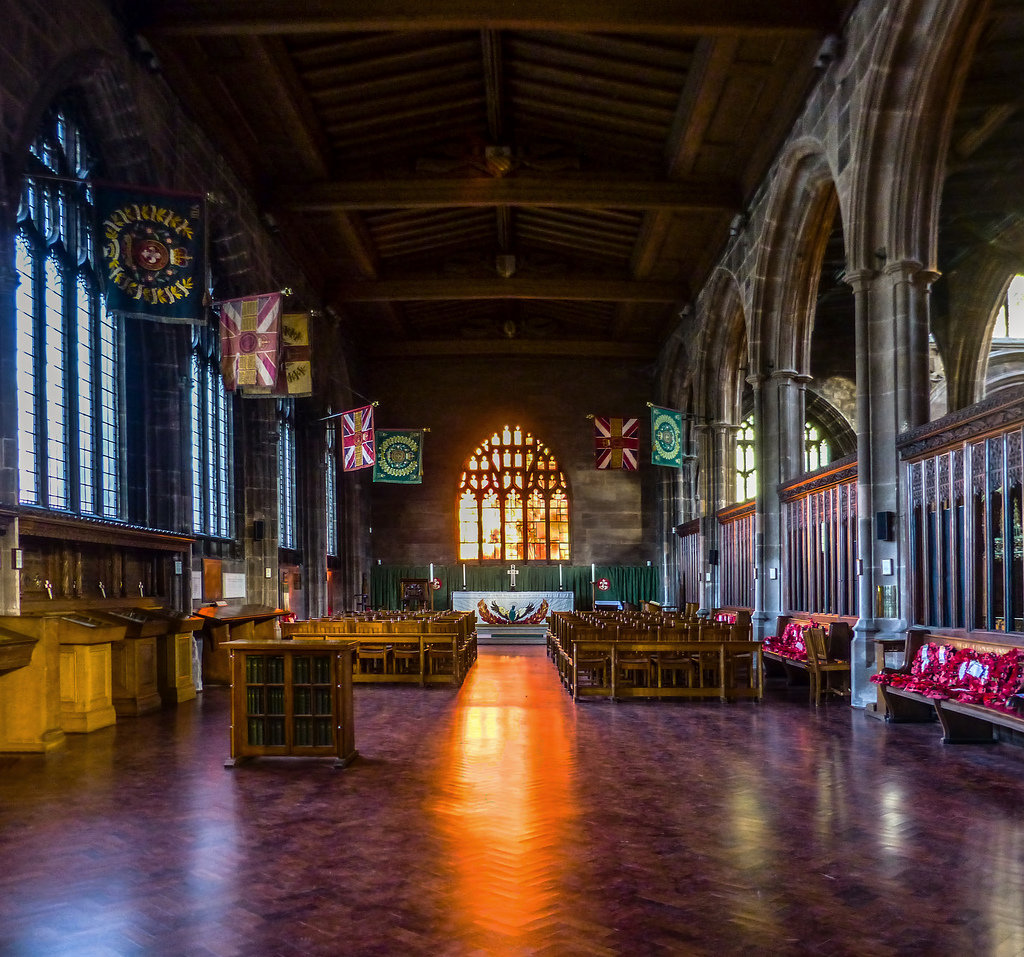 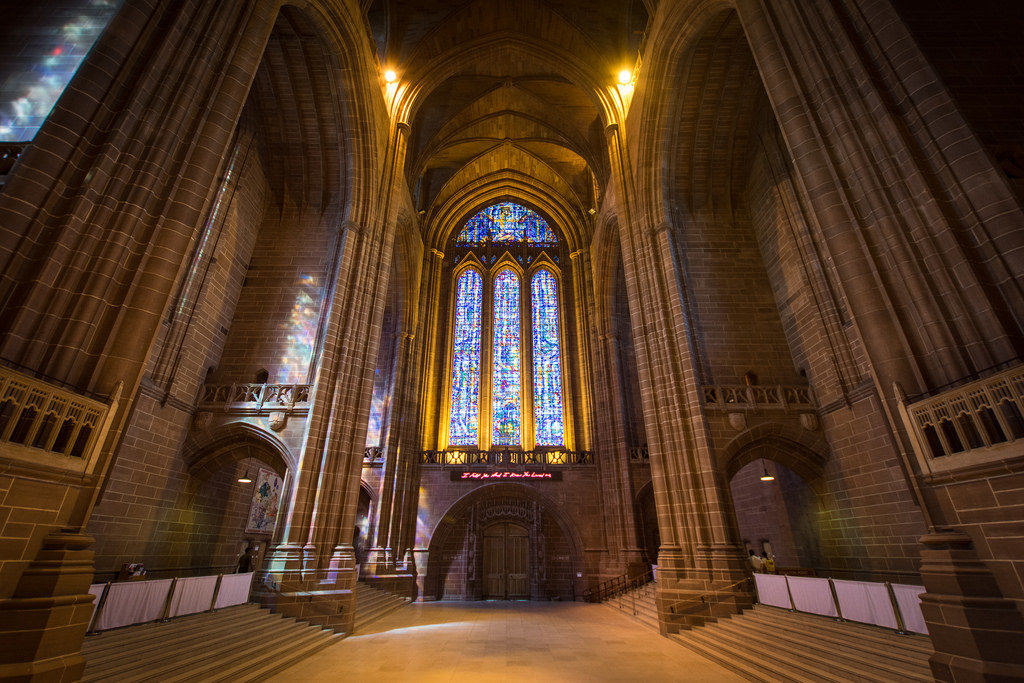 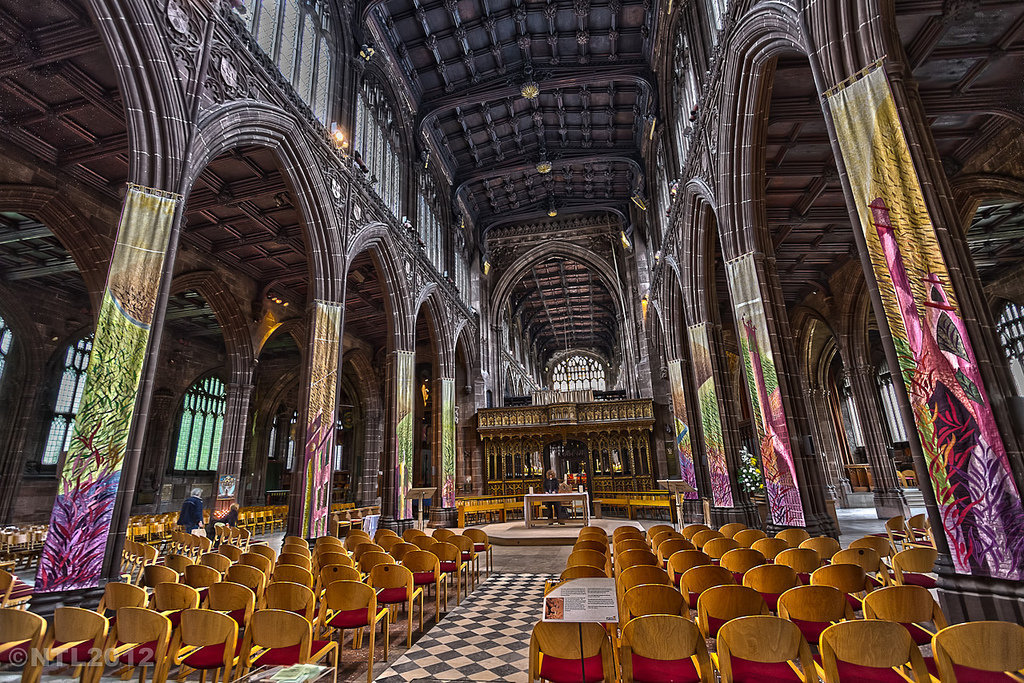 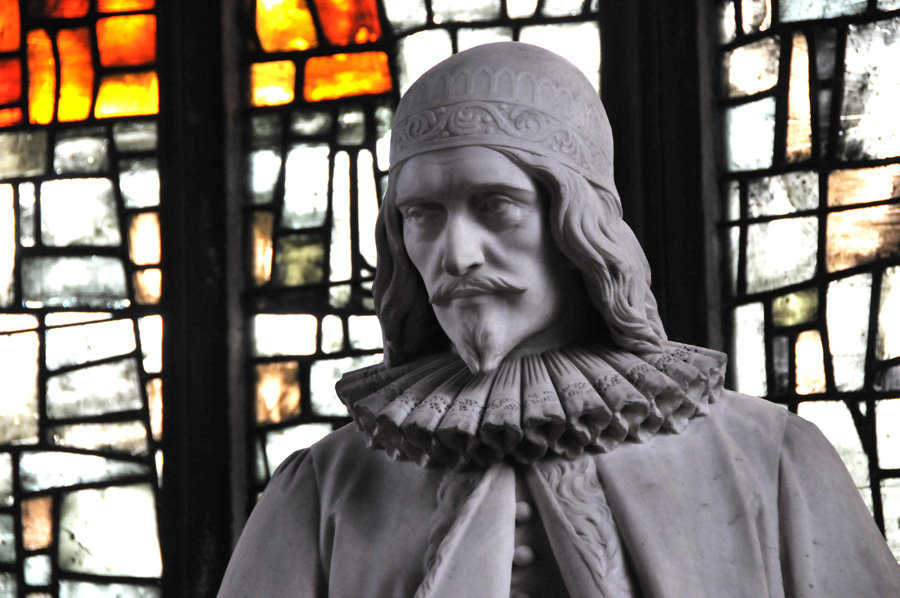 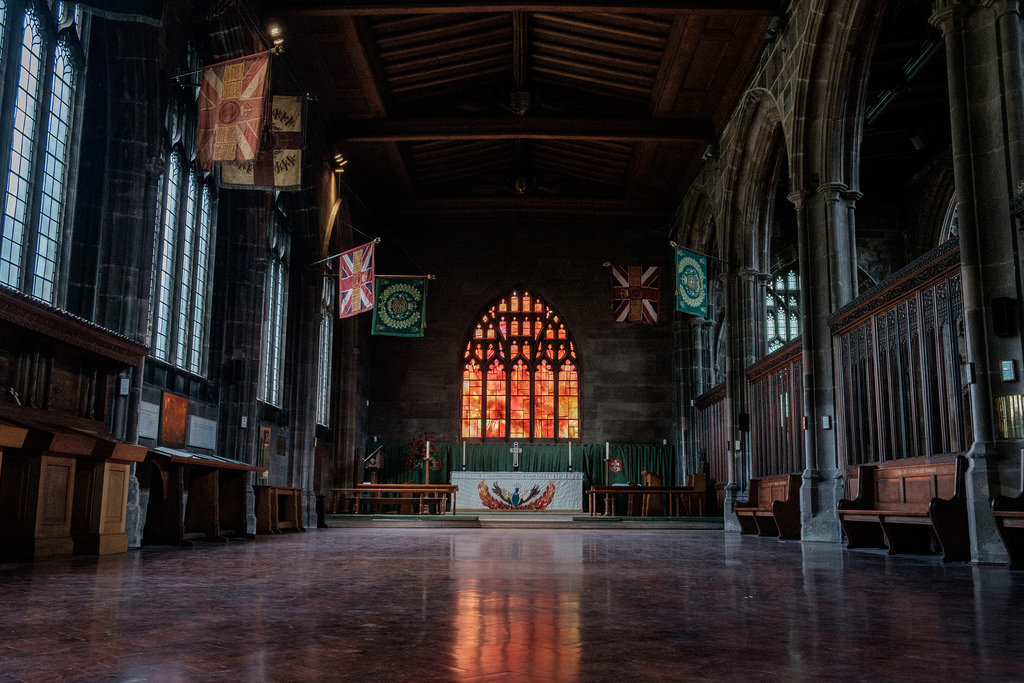 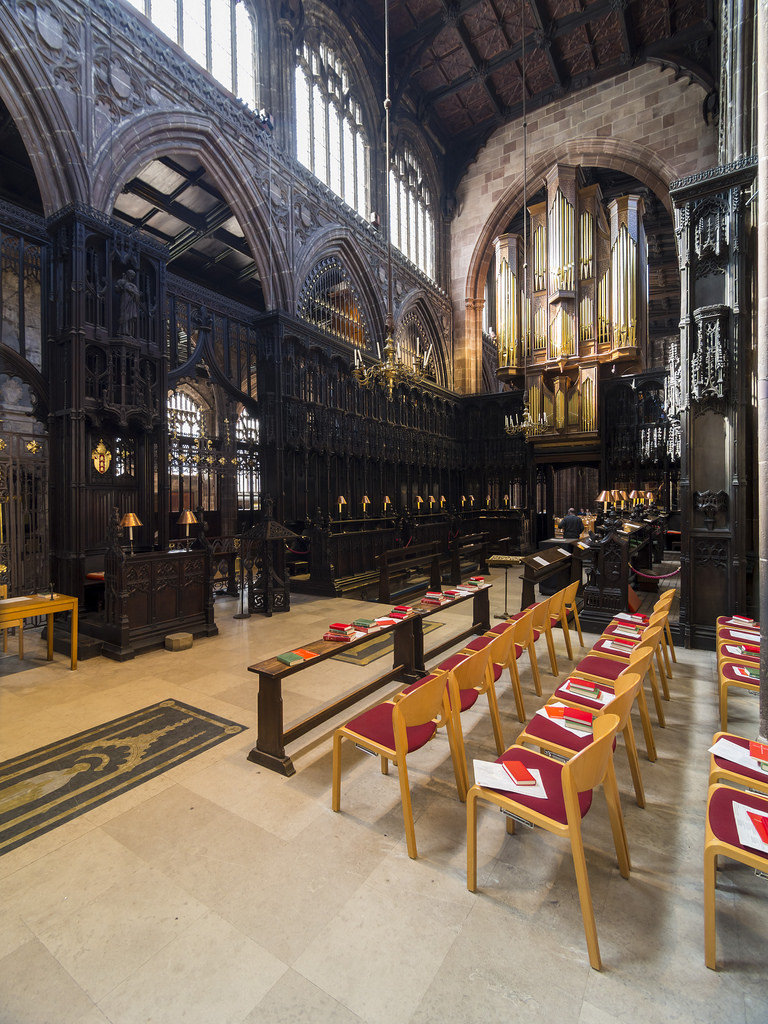 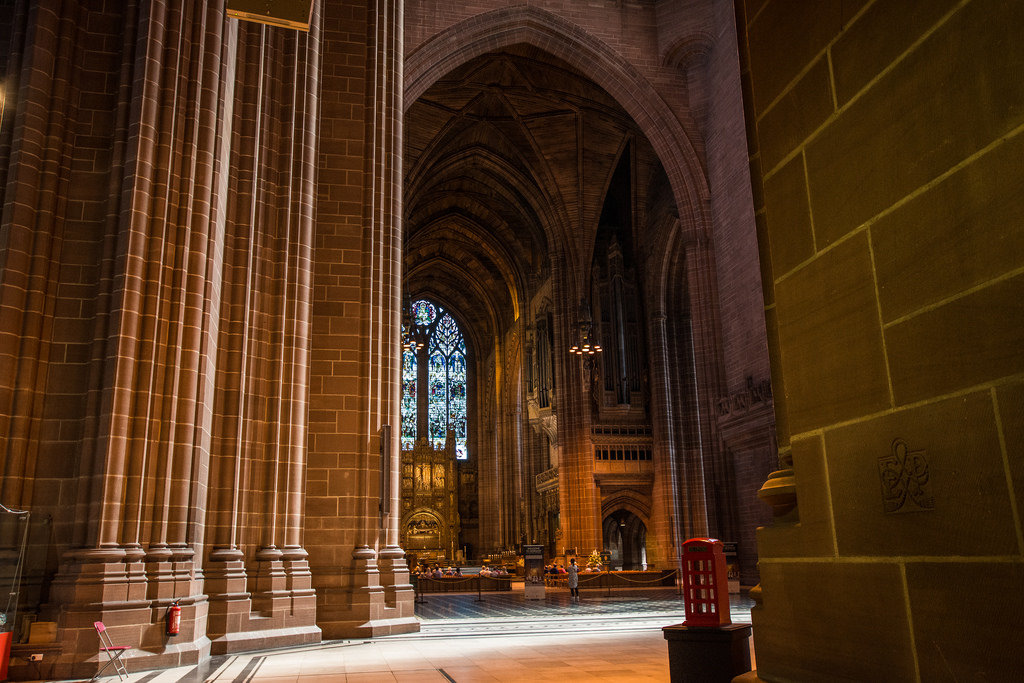 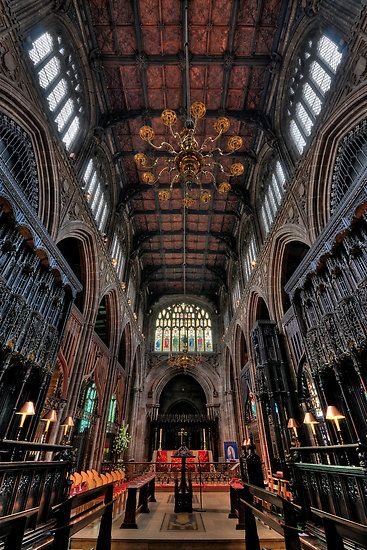 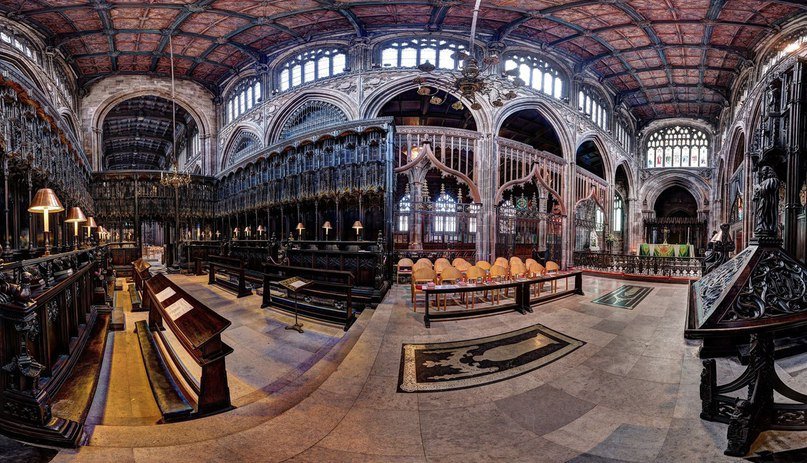 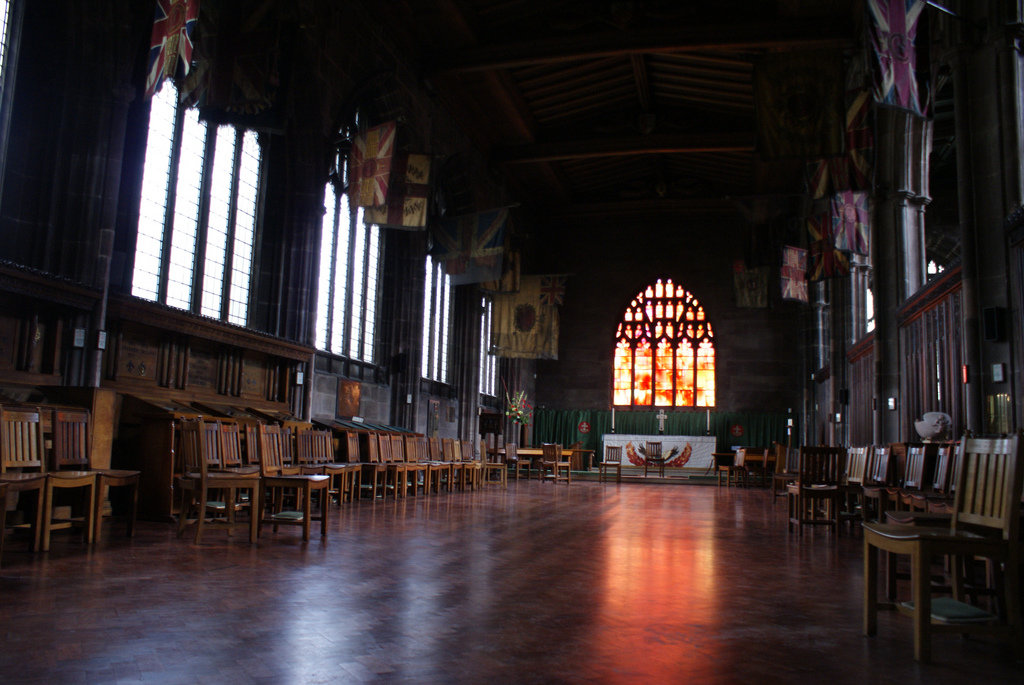 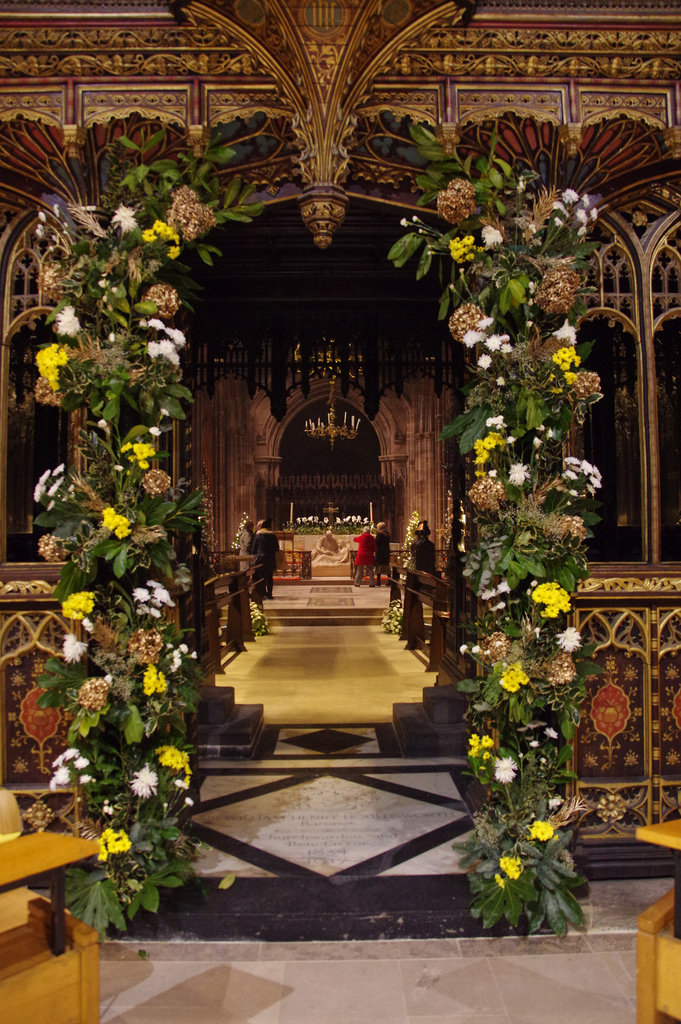 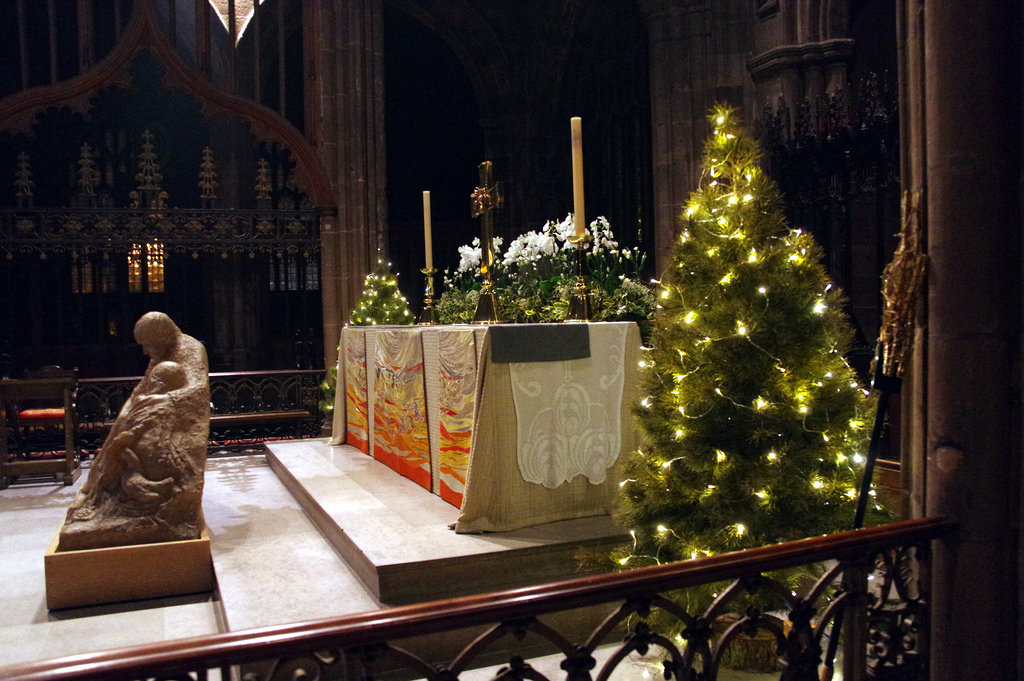 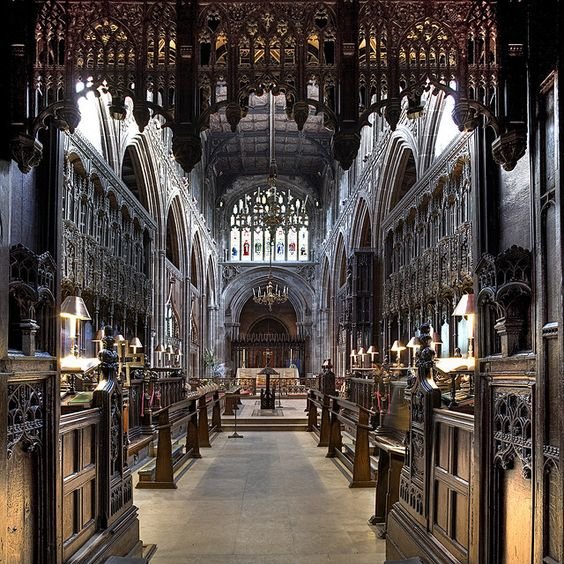 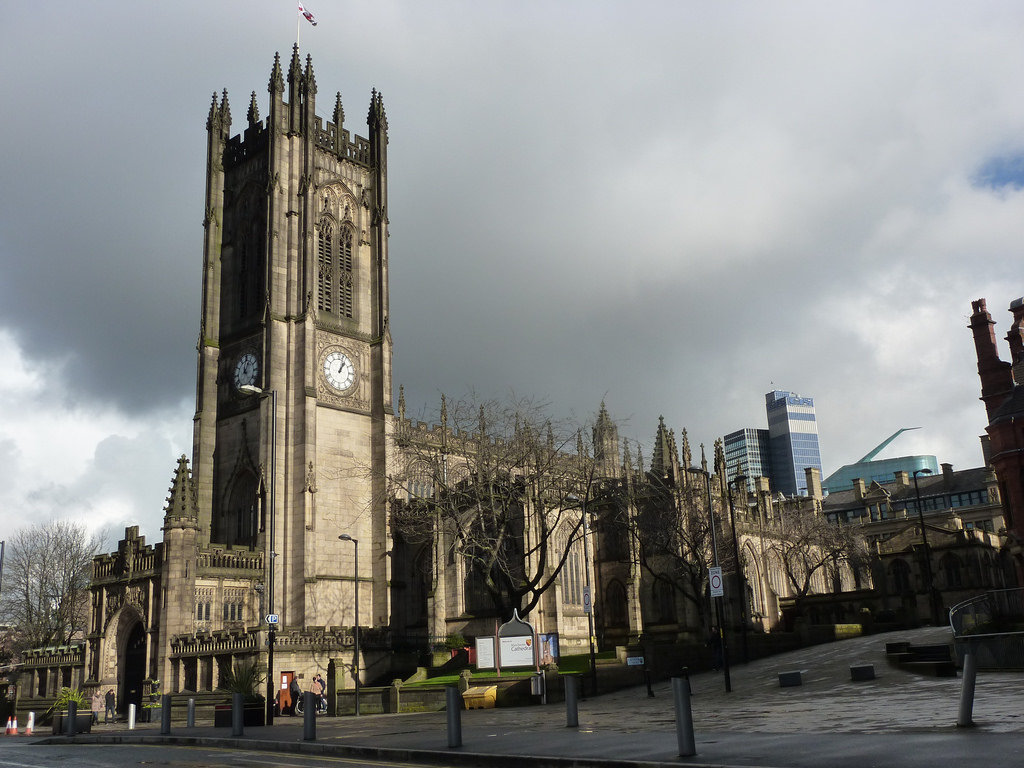 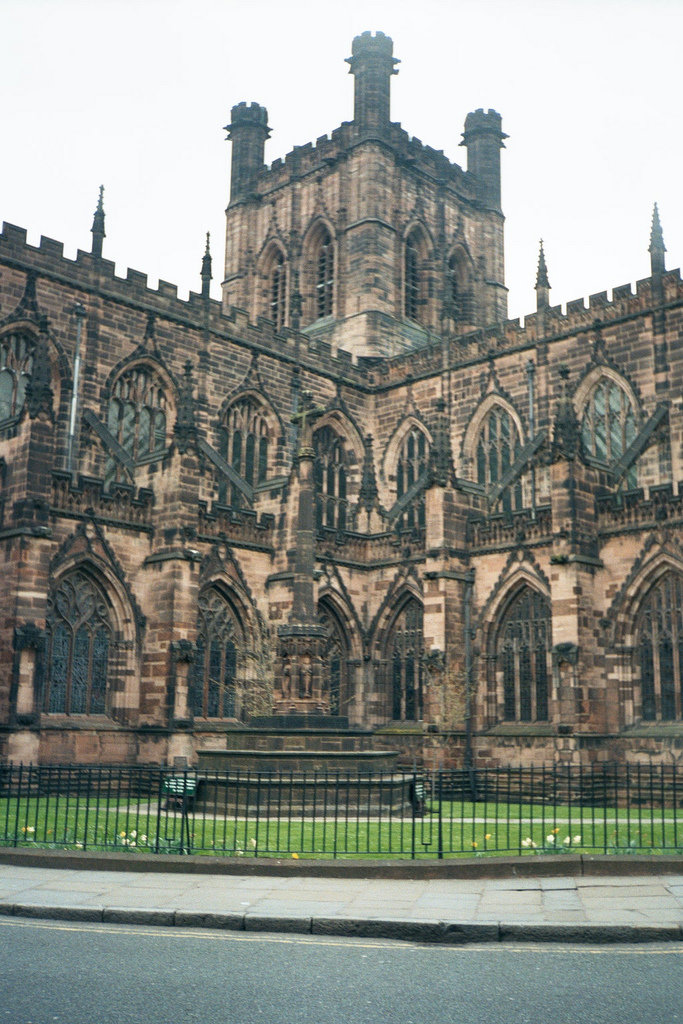