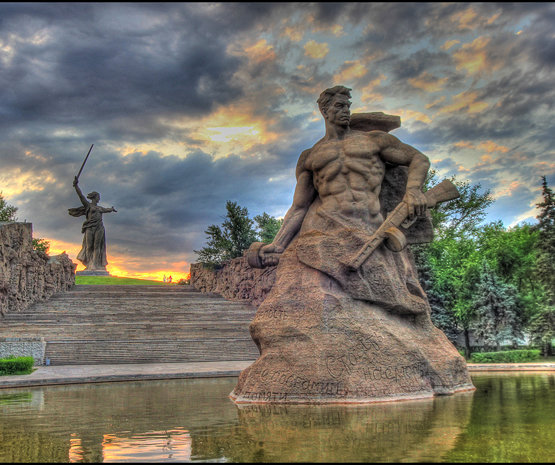 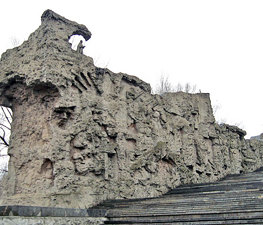 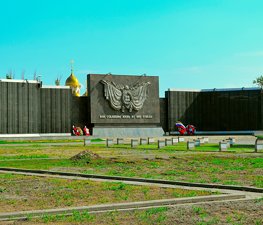 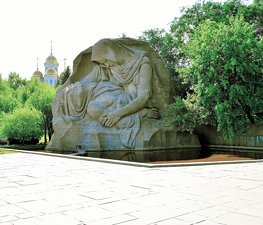 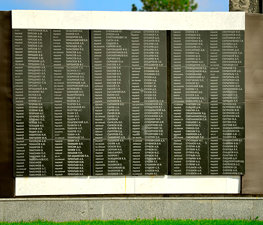 The Mamayev Kurgan features a memorial complex commemorating the Battle of Stalingrad (August 1942 to February 1943). The battle was a decisive Soviet victory over Axis forces on the Eastern front of World War II and arguably the bloodiest battle in human history. At the time of its installation in 1967 the statue of The Motherland Calls formed the largest free-standing sculpture in the world.

Шаблон:Main When forces of the German 6th Army launched their attack against the city centre of Stalingrad on 13 September 1942, Mamayev Kurgan (appearing in military maps as "Height 103.0") saw particularly fierce fighting between the German attackers and the defending soldiers of the Soviet 62nd Army. Control of the hill became vitally important, as it offered control over the city. To defend it, the Soviets had built strong defensive lines on the slopes of the hill, including trenches, barbed-wire and minefields. The Germans pushed forward against the hill, taking heavy casualties. When they finally captured the hill, they started firing on the city centre, as well as on the railway station Stalingrad-1 under the hill. They captured the railway station on 14 September.

On the same day, the Soviet 13th Guards Rifle Division commanded by Alexander Rodimtsev arrived in the city from across the river Volga under heavy German artillery fire. The division's 10,000 men immediately rushed into the bloody battle. On 16 September they recaptured Mamayev Kurgan and kept fighting for the railway station, taking heavy losses. By the following day, almost all of them had died. The Soviets kept reinforcing their units in the city as fast as they could. The Germans assaulted up to twelve times a day, and the Soviets would respond with fierce counter-attacks.

The hill changed hands several times. By 27 September 1942, the Germans had again captured half of Mamayev Kurgan. The Soviets held their own positions on the slopes of the hill, as the 284th Rifle Division desperately defended the key stronghold. The defenders held out until 26 January 1943, when the Soviet winter offensive relieved them, trapping and destroying the German forces inside Stalingrad.

When the battle ended, the blood-soaked soil on the hill had been so thoroughly churned by shellfire and mixed with metal fragments that the soil contained between 500 and 1,250 splinters of metal per square meter. The earth on the hill had remained black in the winter, as the snow kept melting in the many fires and explosions. In the following spring the hill would still remain black, as no grass grew on its scorched soil. The hill's formerly steep slopes had become flattened in months of intense shelling and bombardment. Even today, it is possible to find fragments of bone and metal still buried deep throughout the hill.

After the war, the Soviet authorities commissioned the enormous Mamayev Kurgan memorial complex. Vasily Chuikov, who led Soviet forces at Stalingrad, lies buried at Mamayev Kurgan, the first Marshal of the Soviet Union to be buried outside Moscow.

The monumental memorial was constructed between 1959 and 1967 and is crowned by a huge allegorical statue of the Motherland on the top of the hill. The monument, designed by Yevgeny Vuchetich, has the full name "The Motherland Calls!" (русский. Родина-мать зовёт! Rodina Mat Zovyot!). It consists of a concrete sculpture, 52 meters tall, and 82 meters from the feet to the tip of the 27 meter sword, dominating the skyline of the city of Stalingrad (later renamed Volgograd).

The construction uses concrete, except for the stainless-steel blade of the sword. The statue is held on its plinth solely by its own weight. The statue is evocative of the classic Greek representations of Nike, in particular the flowing drapery, similar to that of the Nike of Samothrace.

See all hotels See all
Apartment 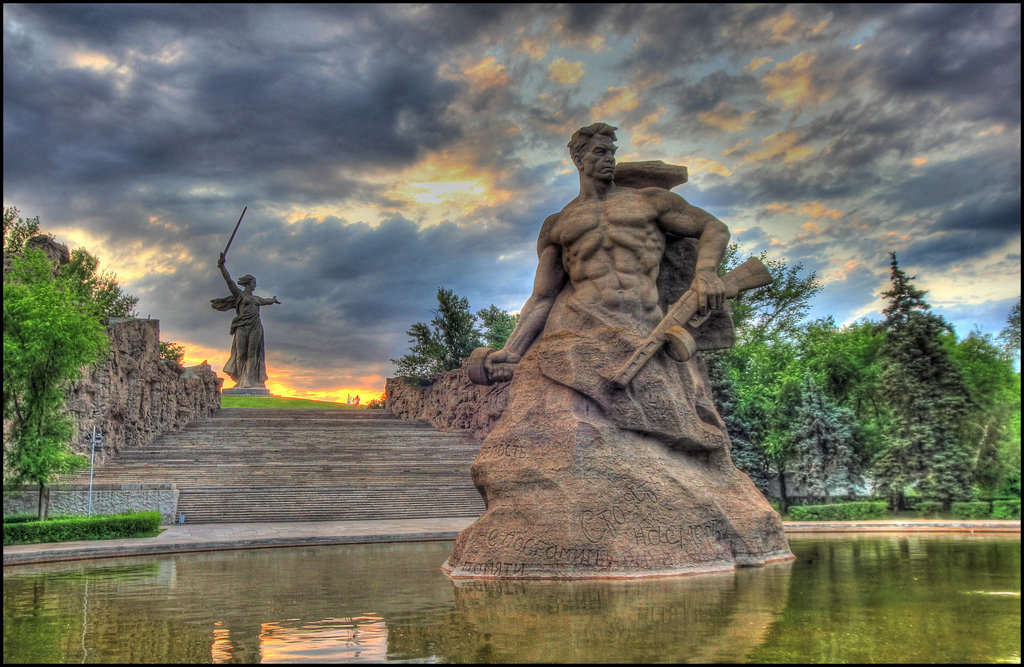 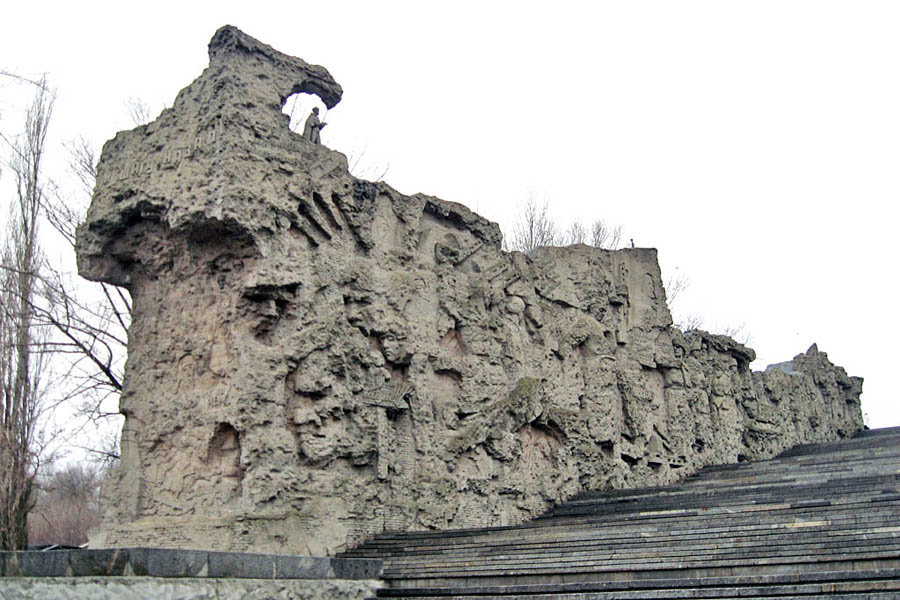 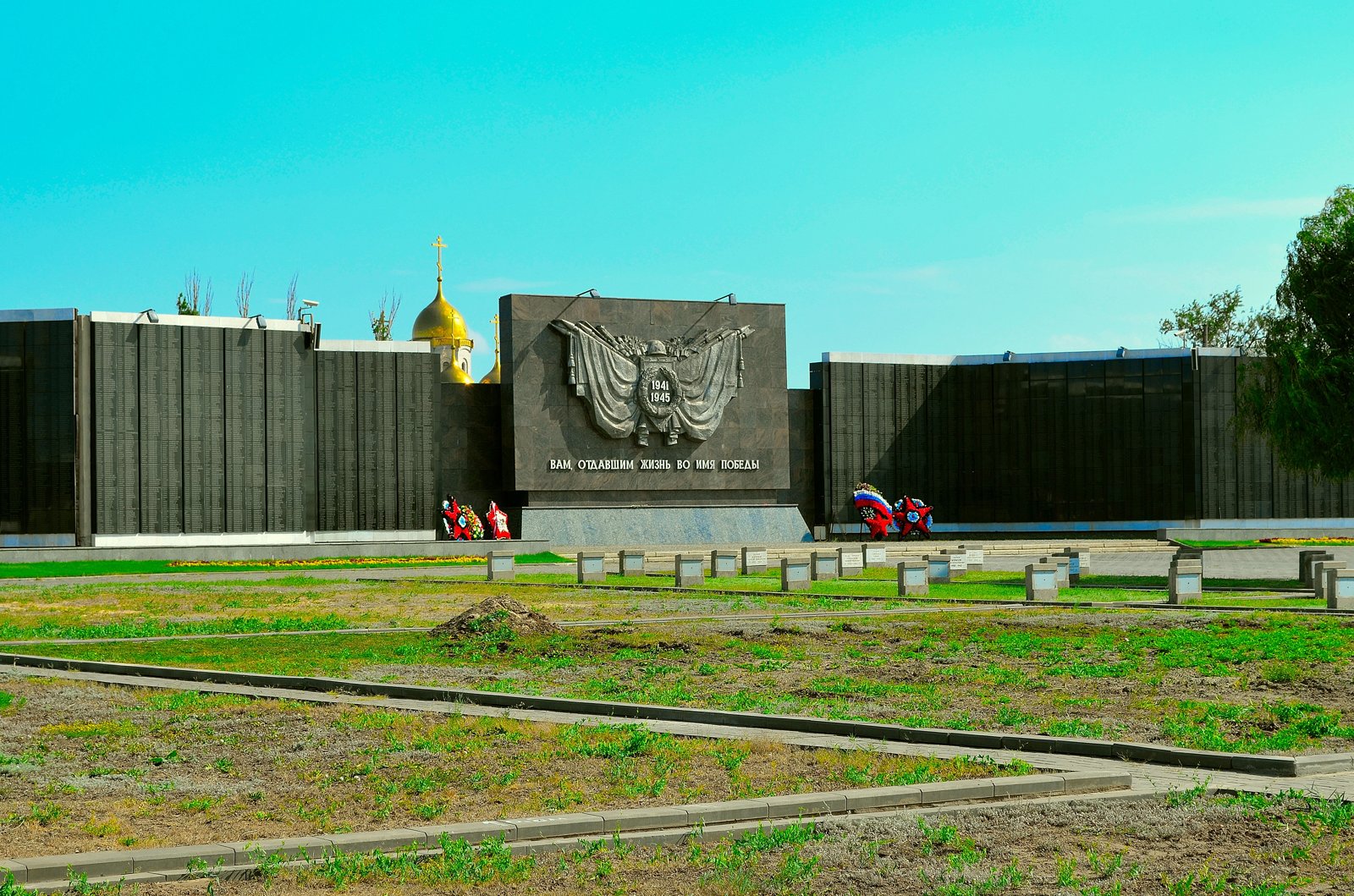 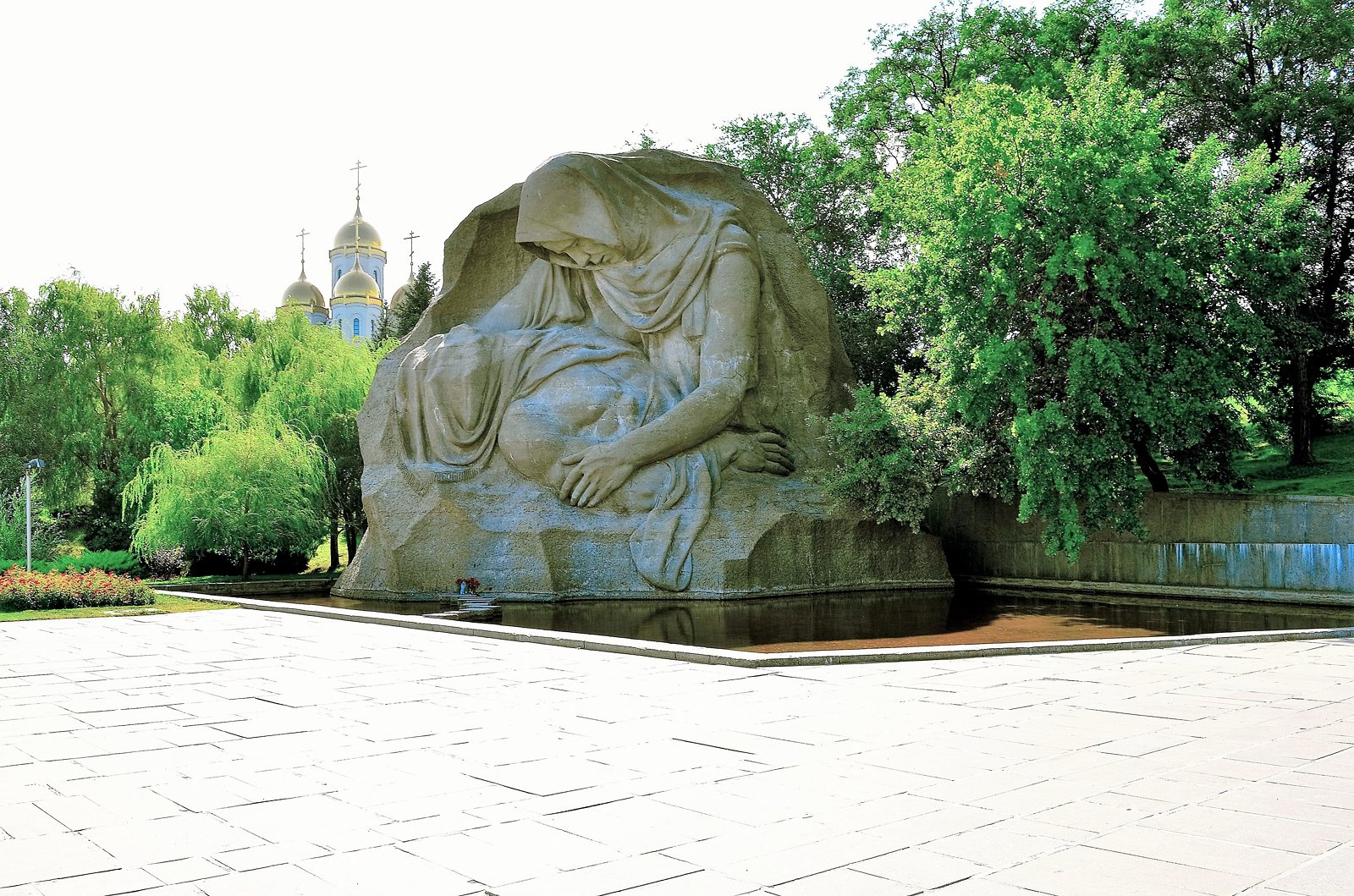 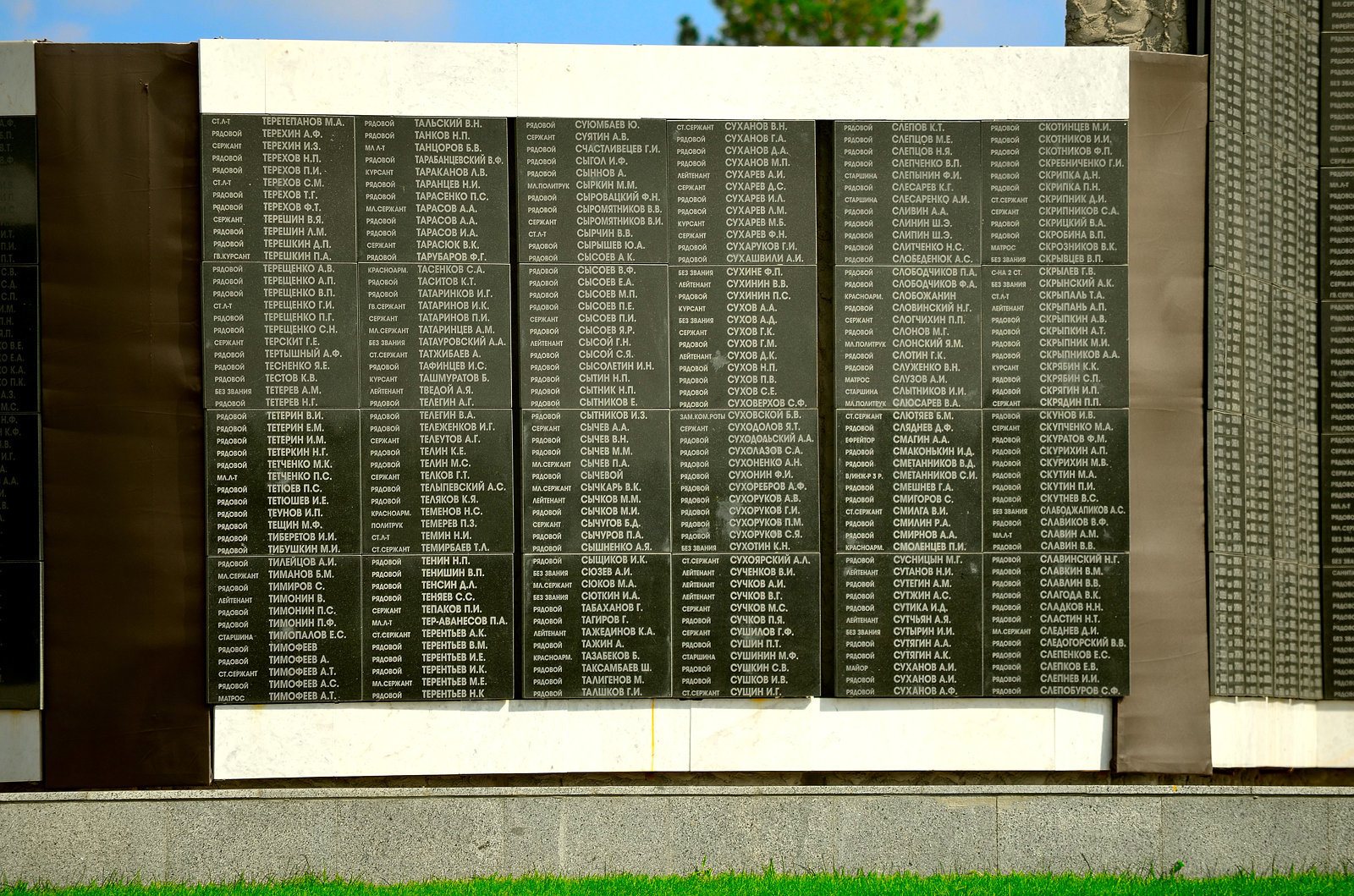 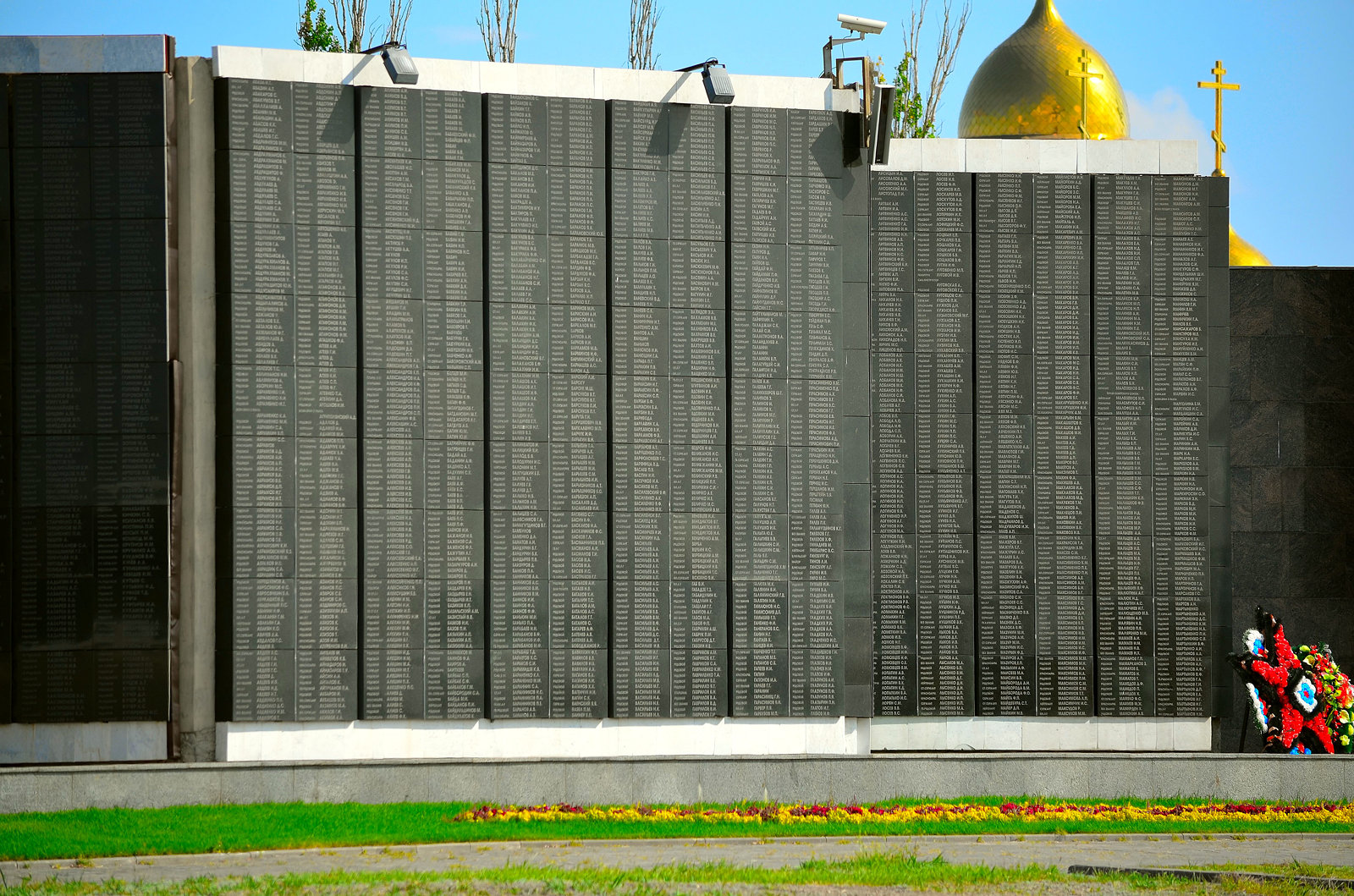 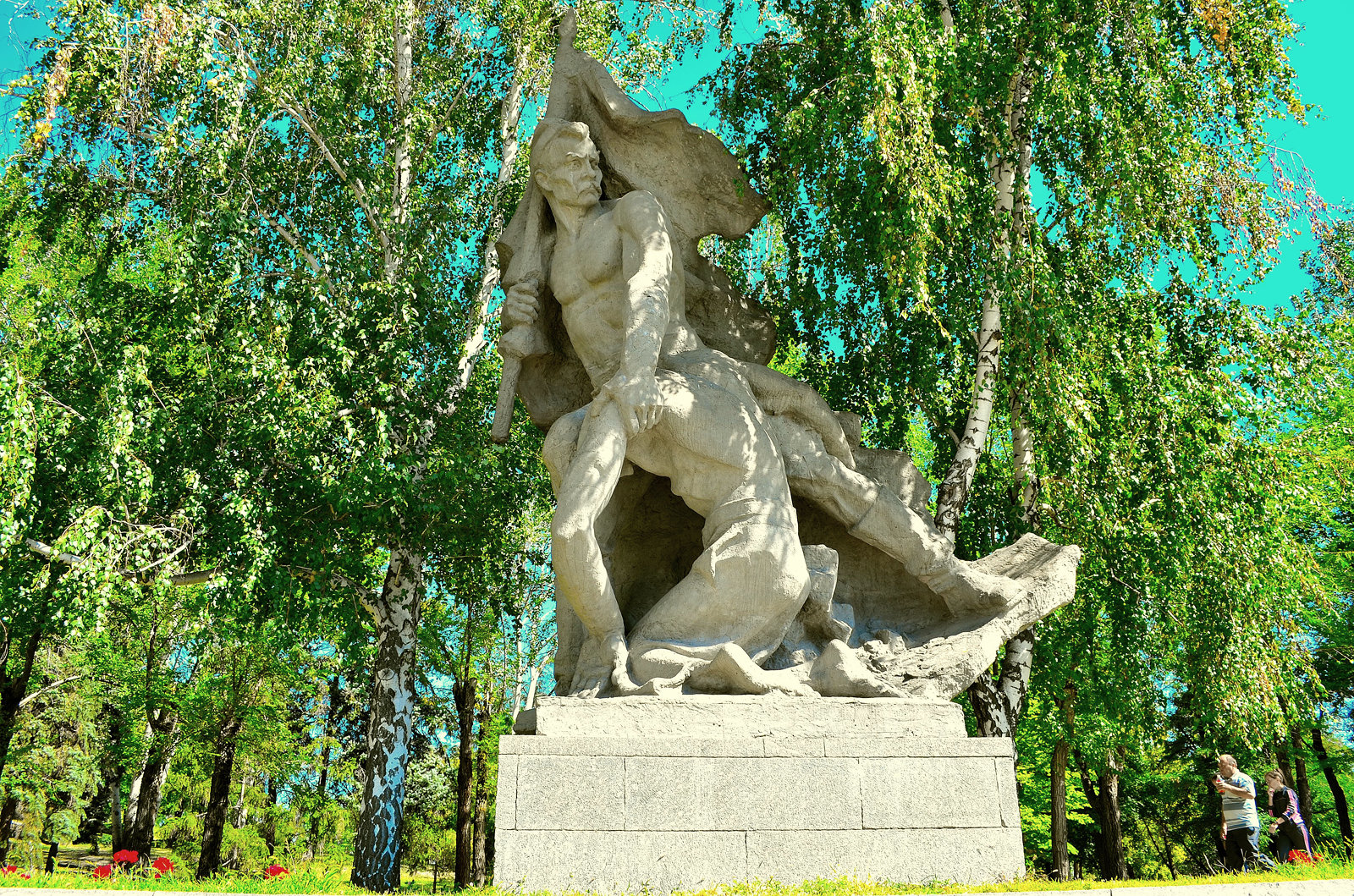 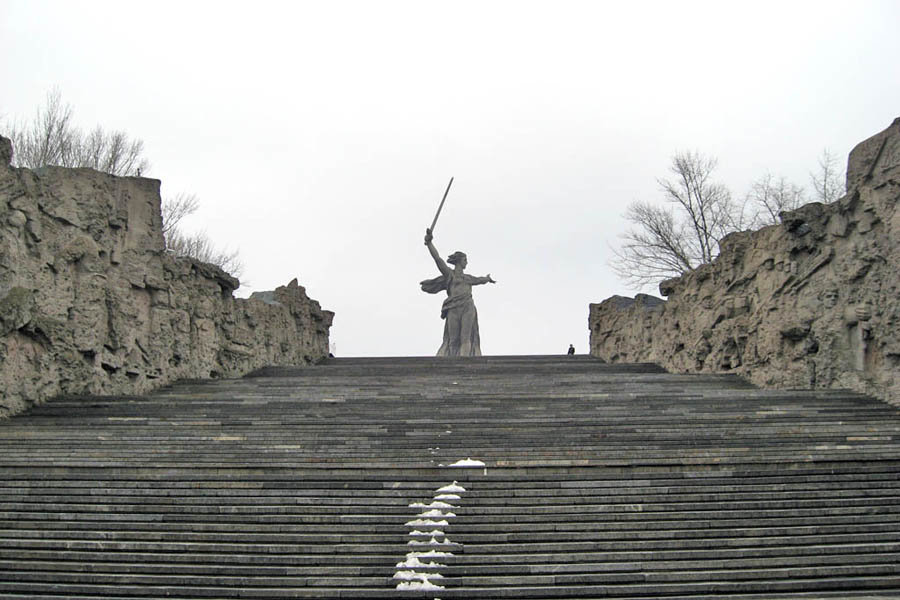 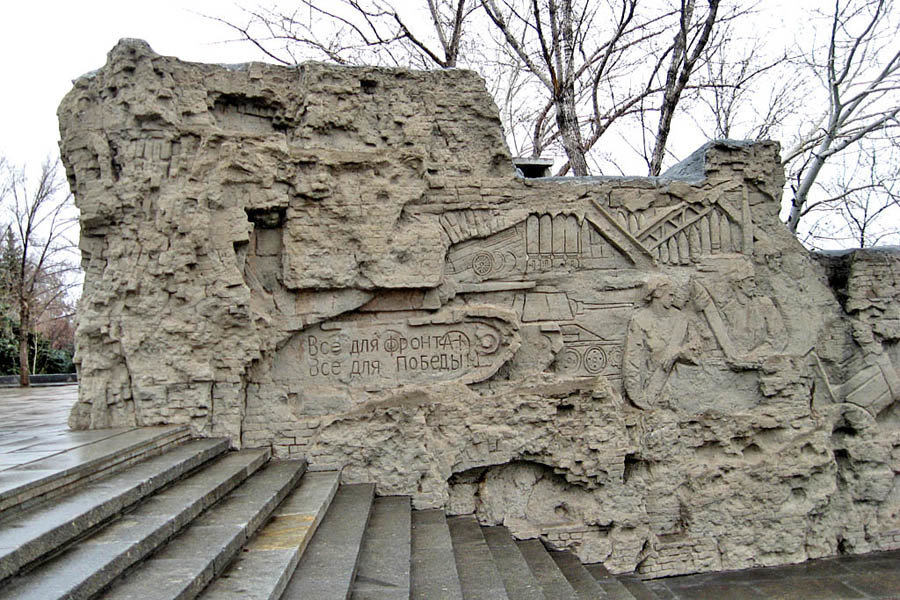 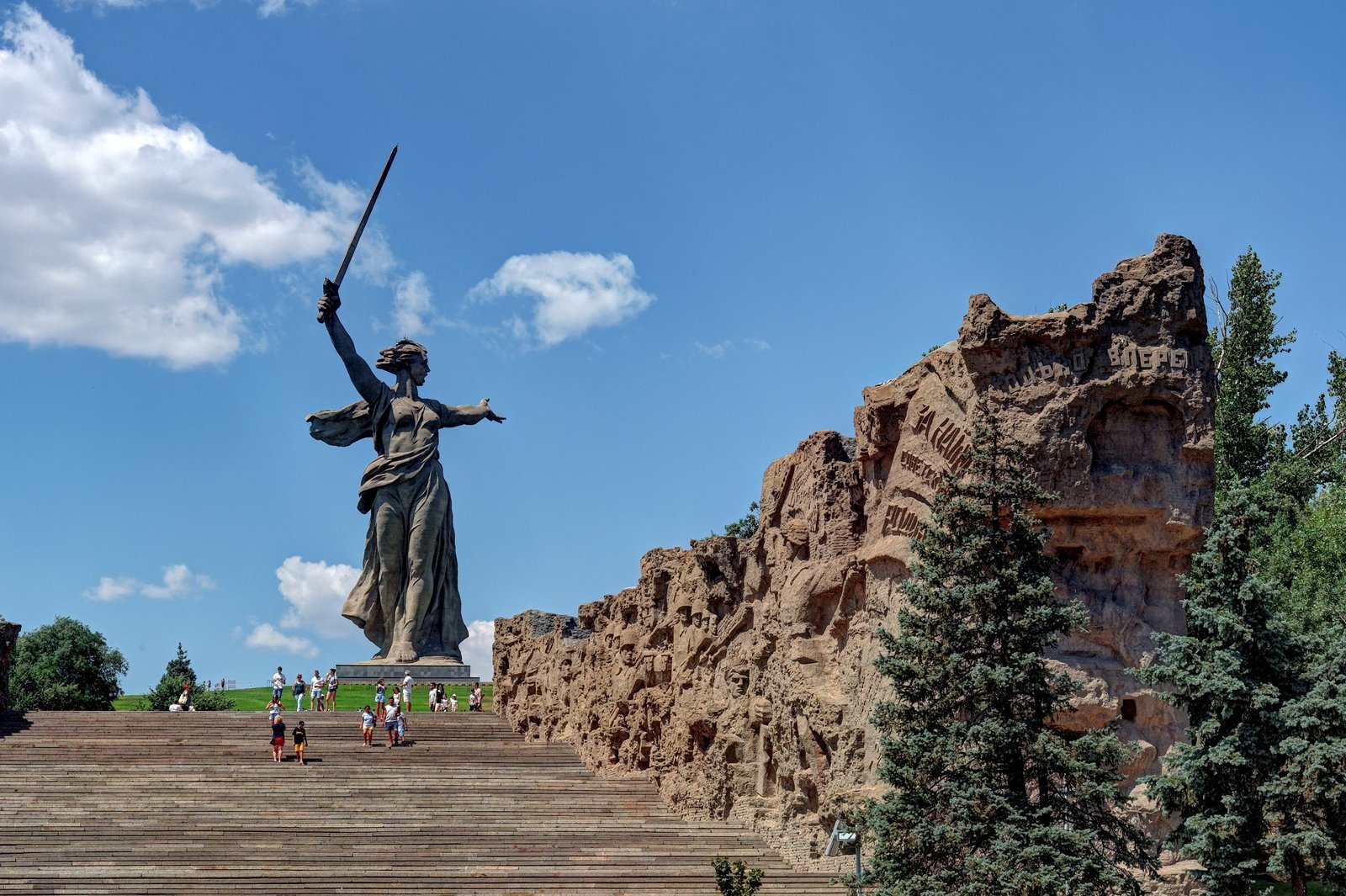 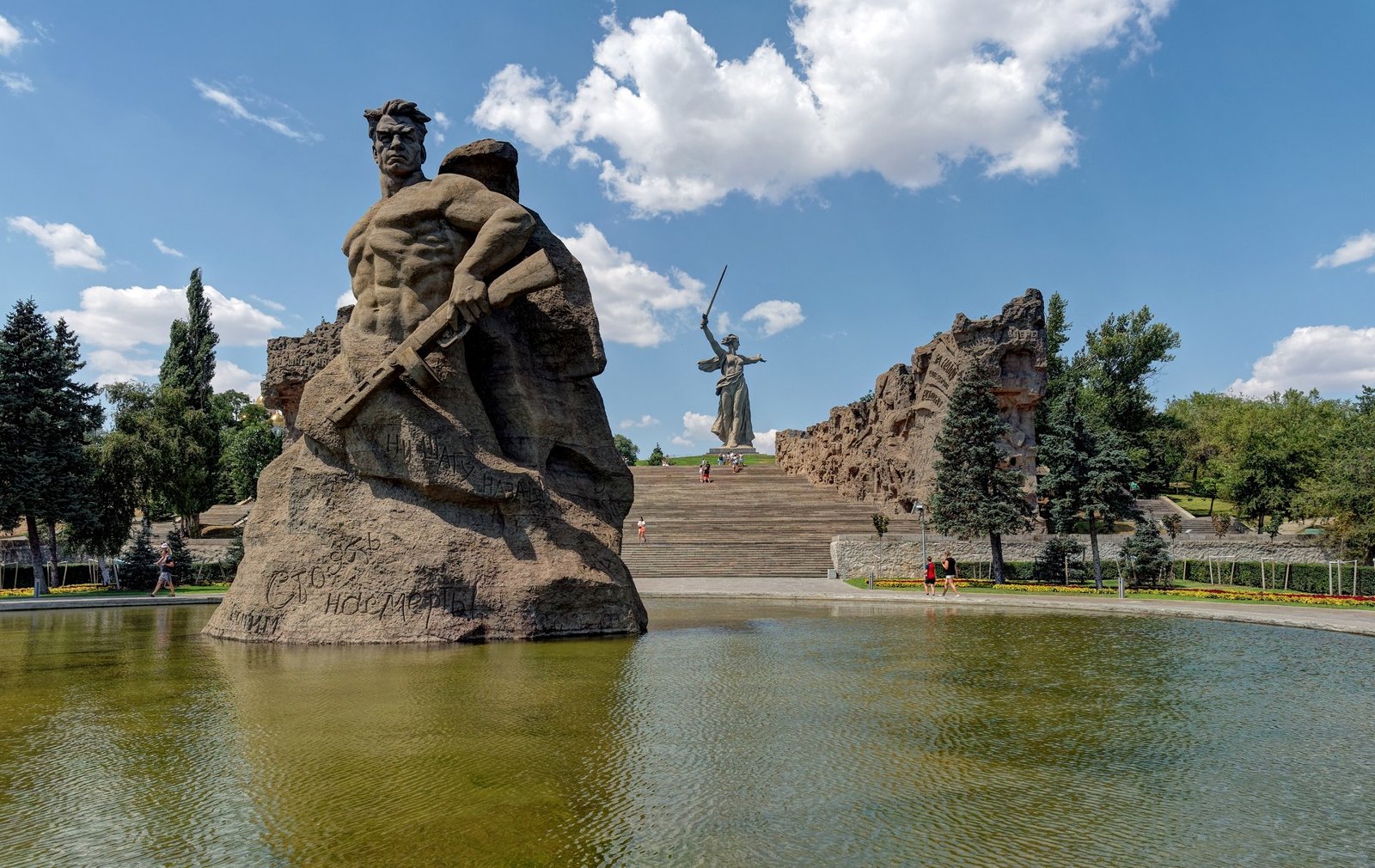 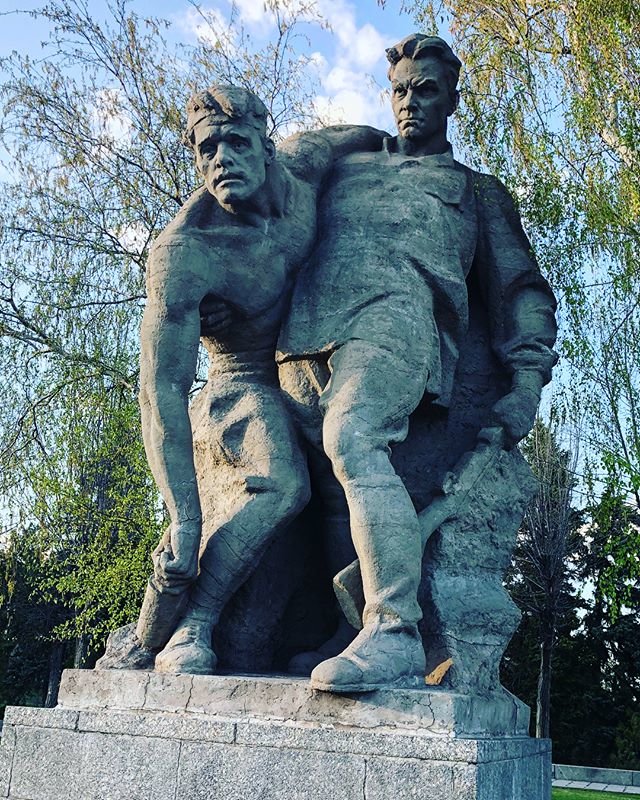 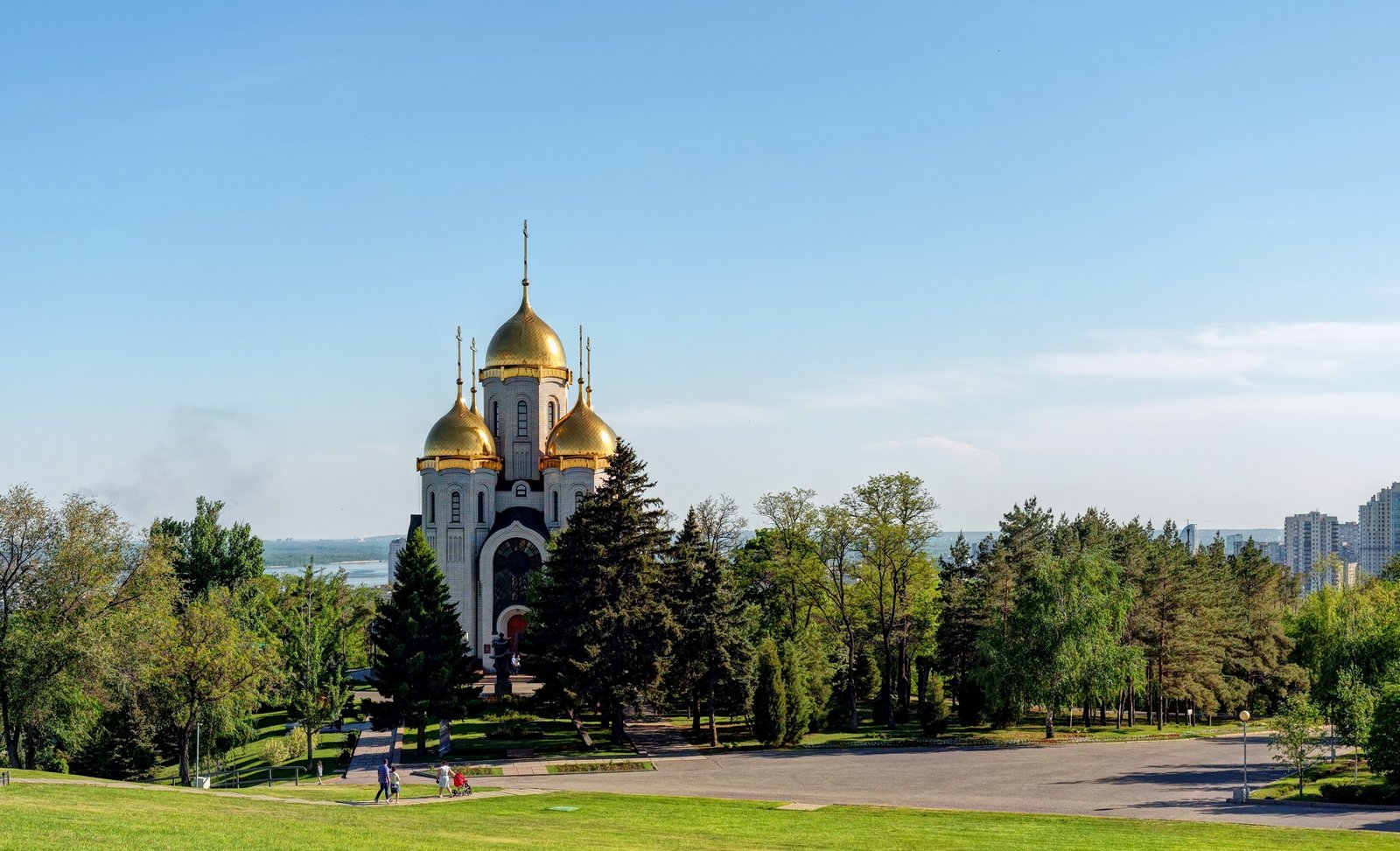 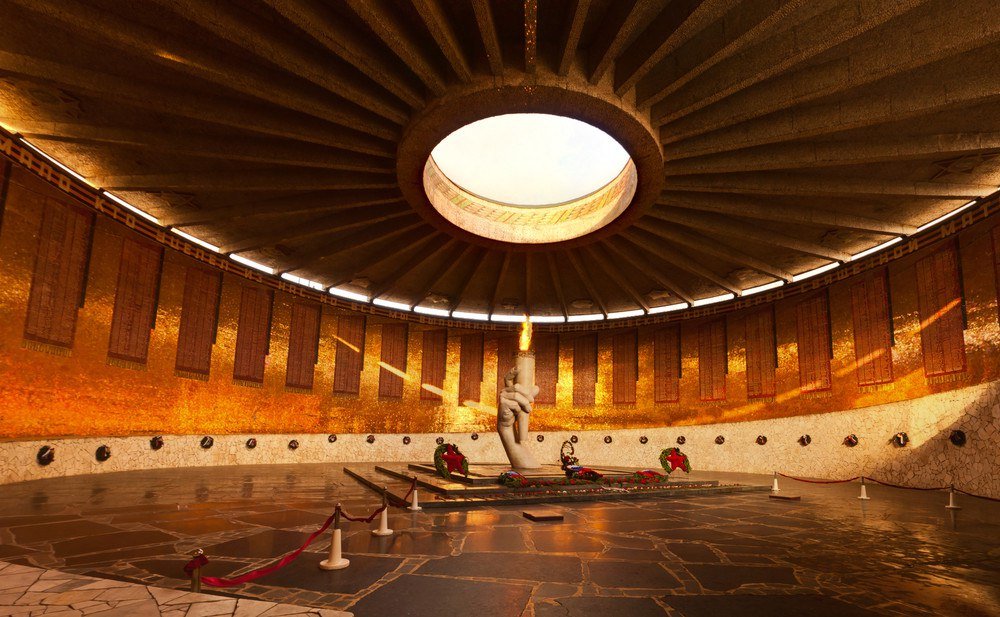 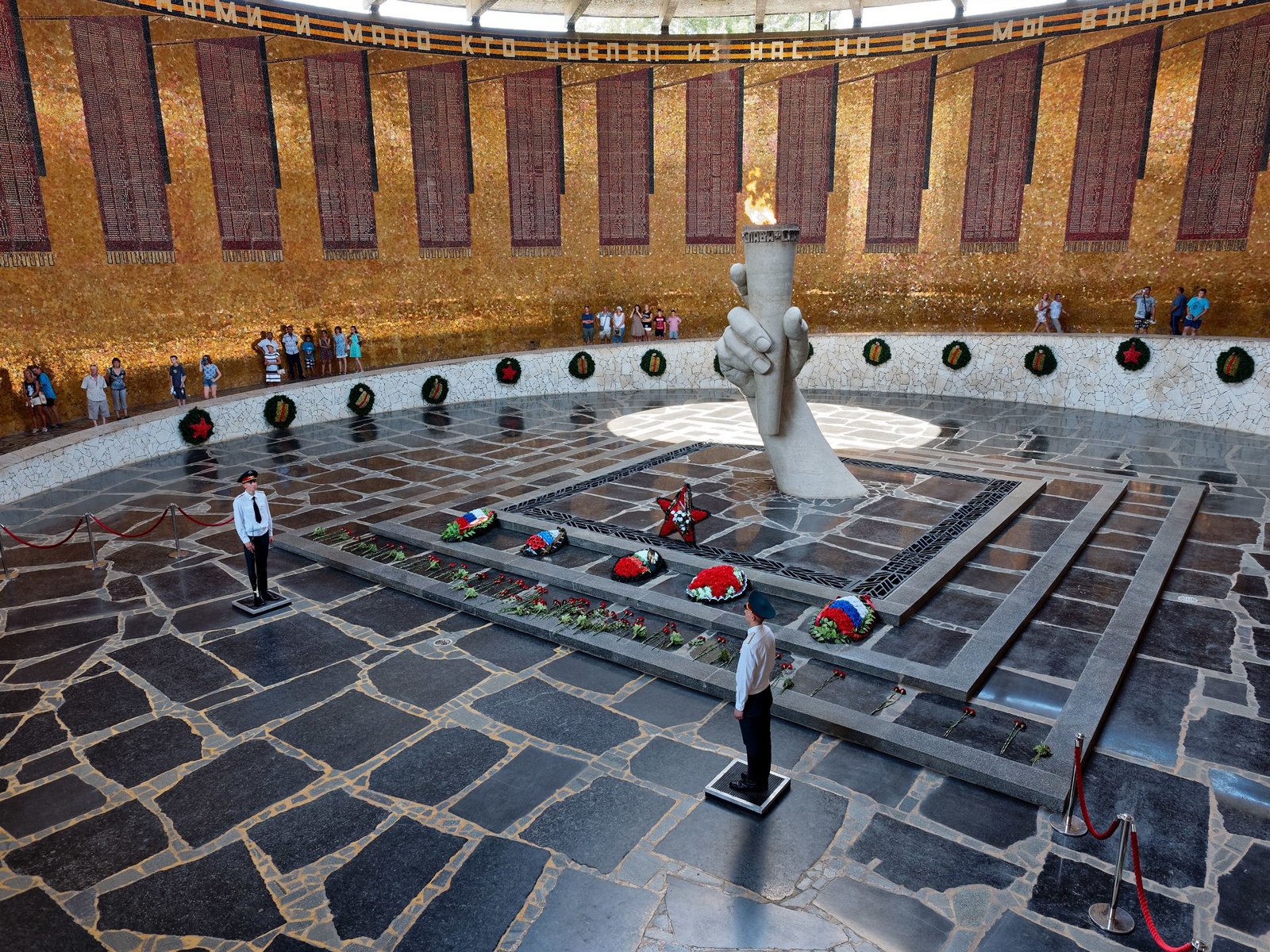 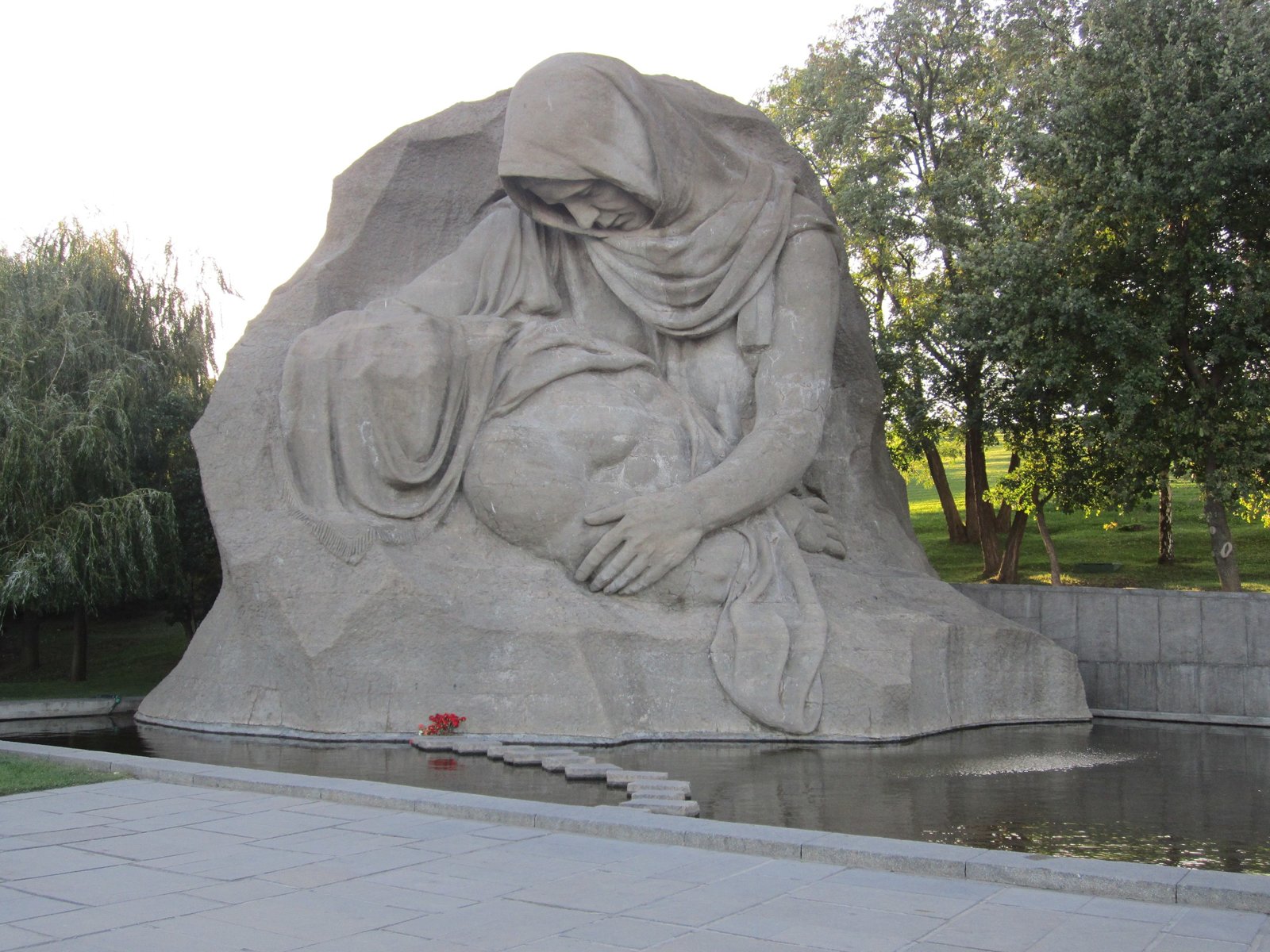 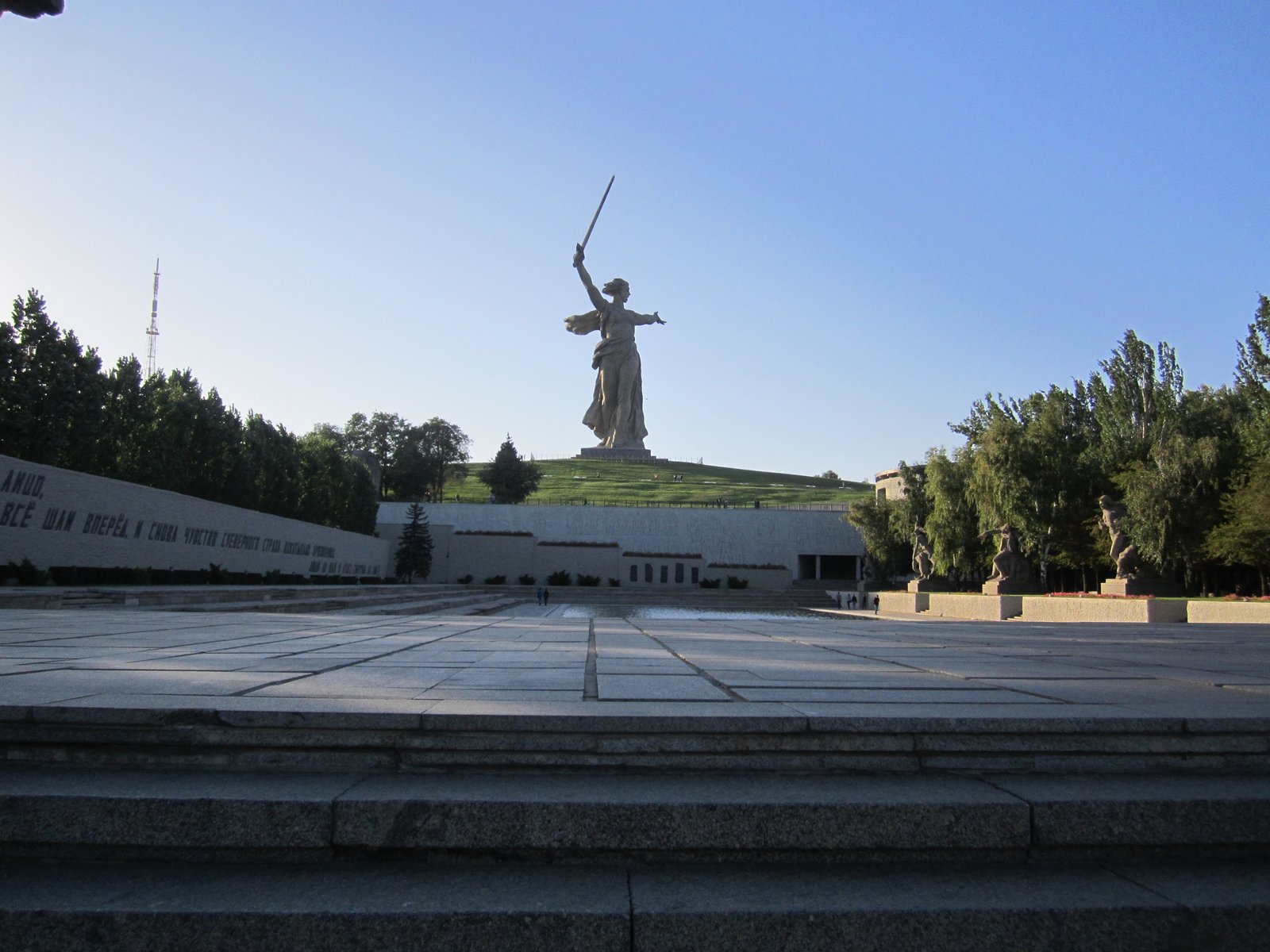 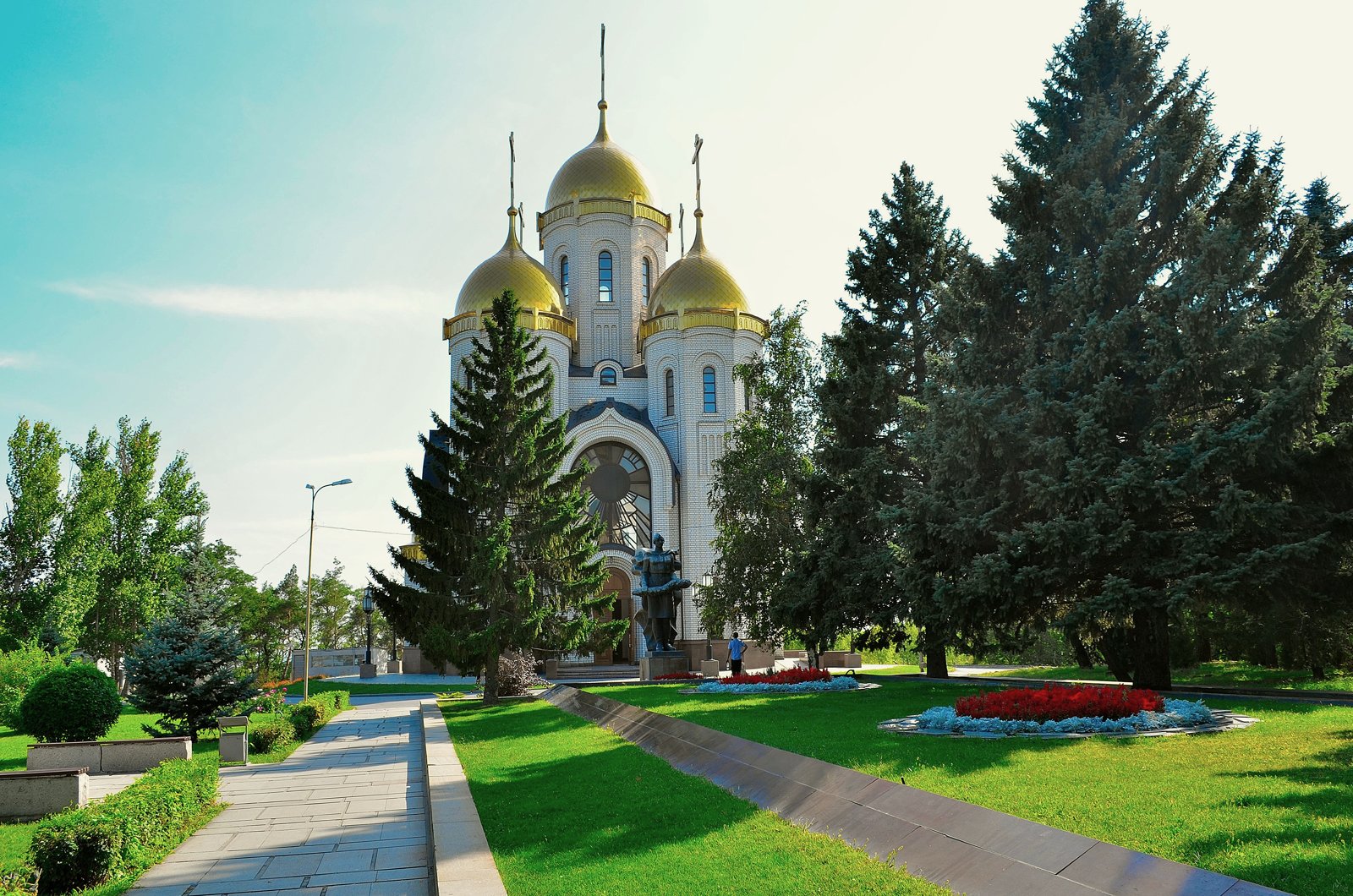 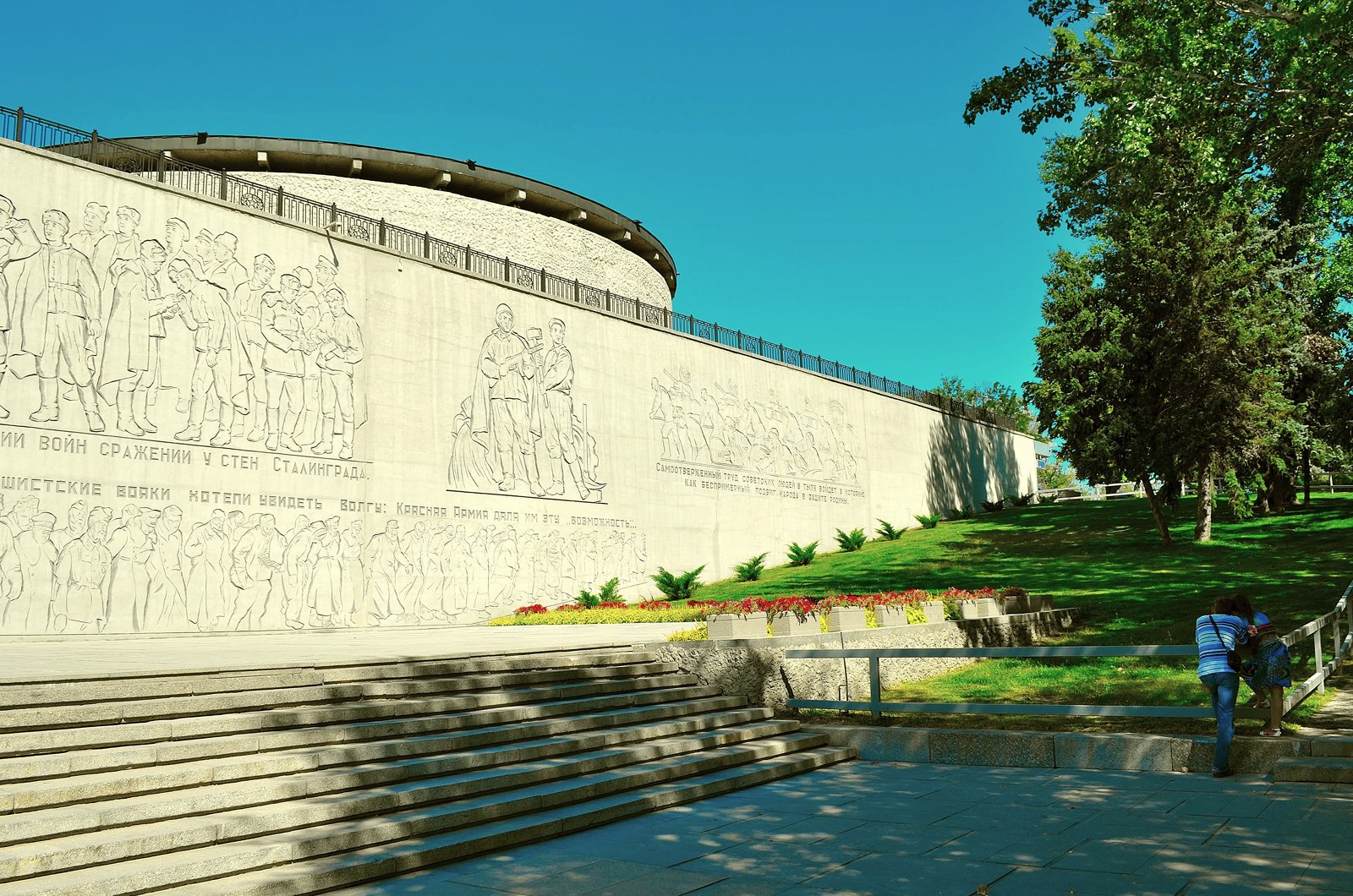 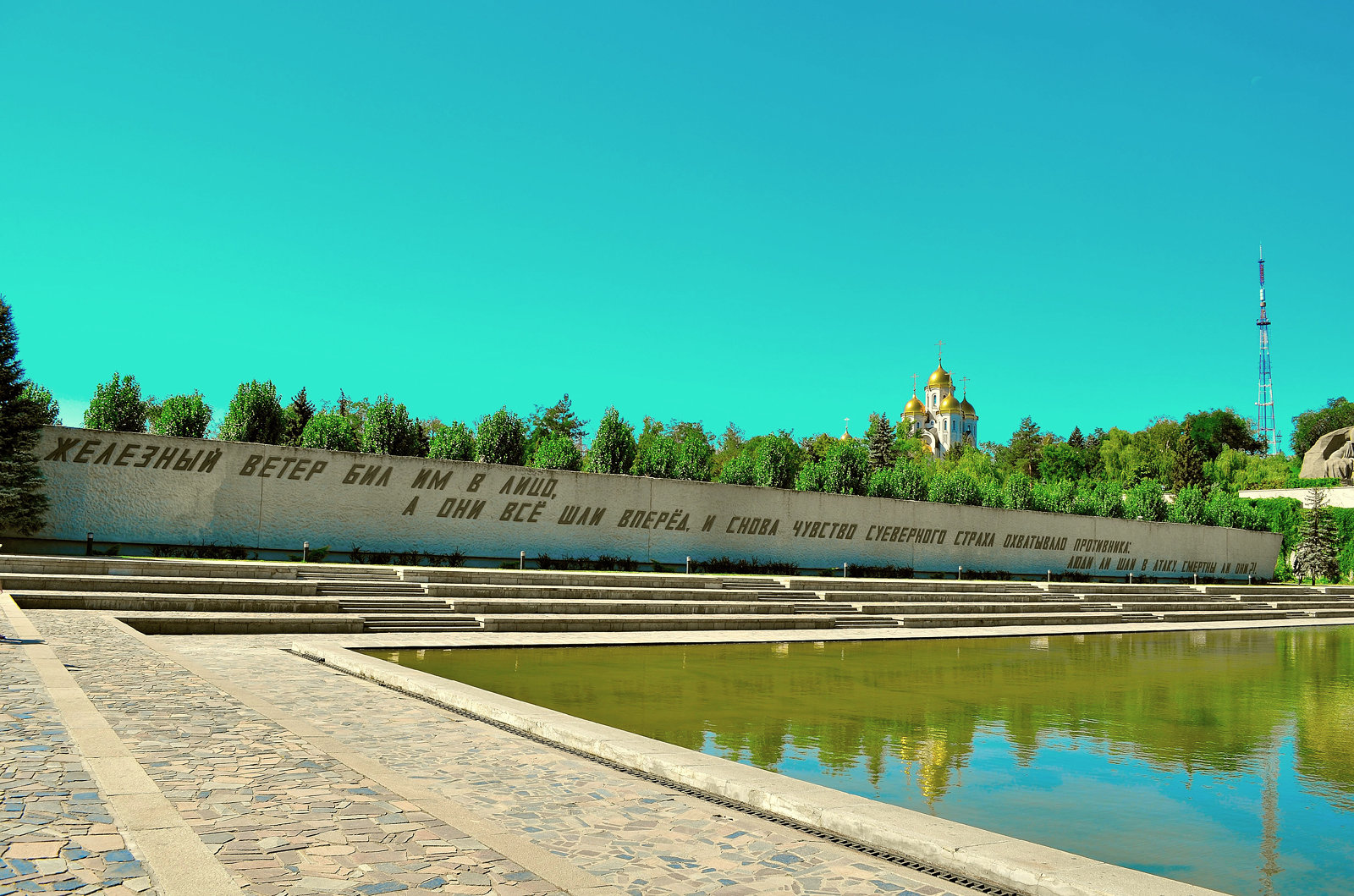 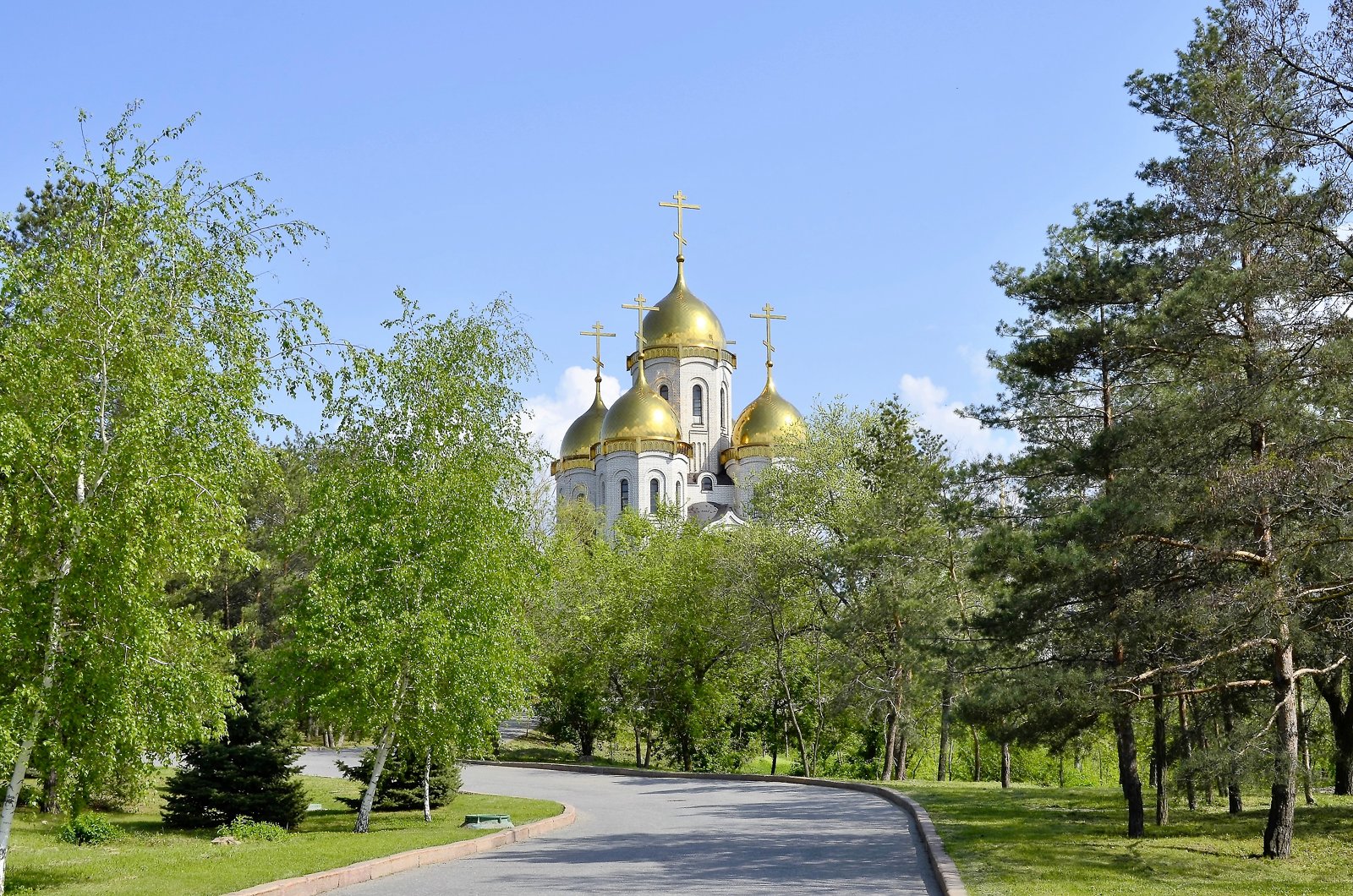