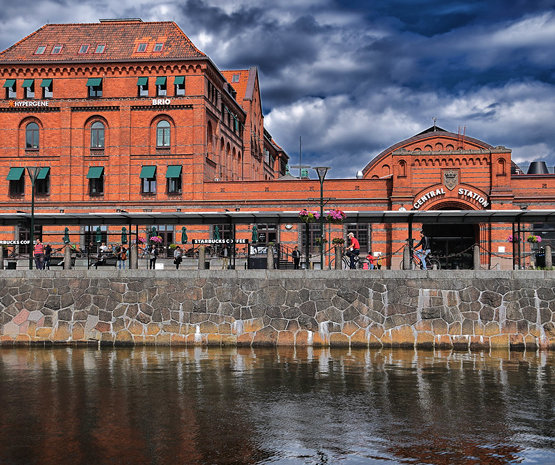 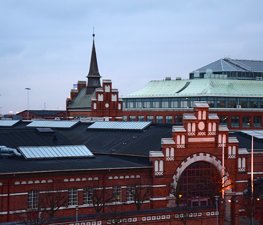 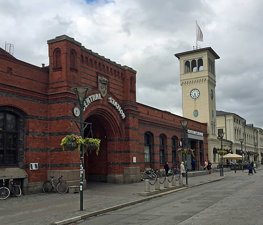 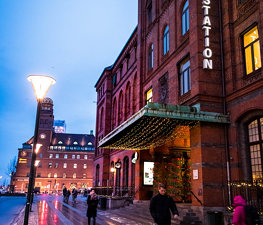 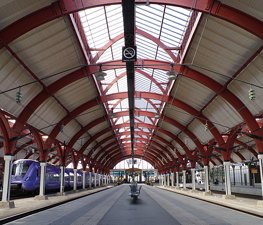 Malmö Central Station (Swedish: Malmö centralstation) is a railway station on the Southern Main Line in Malmö, Sweden, that opened in 1856. It serves approximately 17 million passengers per year,.

With the opening of City Tunnel in 2010, the station began through services connecting south to Copenhagen via the Öresund Line, to stations north on the Southern Main Line, saving at least 15 minutes for through passengers.

Malmö Station was first opened in 1856, coinciding with the opening of the Malmö–Lund railway. At the time, the area was considered the outer edge of the city, but was convenient to Copenhagen-bound ferries, which loaded and unloaded in the Inre hamnen right in front of the station building.

The building was nearly destroyed in a fire ten years later, on 14 December 1866. When the building was reconstructed, the bell tower was kept. That part, between the platforms and the square Centralplan, was reopened in 1872.

More and more lines were built and consequently more and more tracks and train sheds were needed. The new train shed with four new tracks opened in 1891. The Malmö-Kontinentens Järnväg from Malmö to Trelleborg was built in 1898. In 1926, Malmö Central Station became the station's official name.

Though the train shed was built as a terminus, there is also a single through-line for freight next to the station building, allowing hopper wagons to access the port, where they serve a large granary plant producing most of the flour for baking in the counties of Skåne and Halland.

In 2000, both local and long-distance trains began running directly to Denmark via the new Öresund Bridge. Malmö became the centre of the new Öresund train regional railway system spanning eastern Denmark and much of southern Sweden, which in 2009 became integrated with local buses and trains in most of its service areas. The trains were, however, forced to reverse direction in Malmö’s terminal station, creating delays for anyone travelling to Denmark from Lund and beyond, and restricting the frequency of service, as each train had to both enter and leave Malmö by the same tracks, taking up space in between.

This situation was solved with the opening of the City Tunnel in December 2010, finally allowing through traffic. All passenger traffic to/from Denmark now uses the tunnel, and most local trains use it, too, terminating instead at Hyllie station at the other end of the tunnel if not going beyond Malmö.

The tunnel tracks make up tracks 1-4, and most traffic has shifted to this new lower level of Malmö Central Station. The main overall roof sees relatively little traffic. It was renovated at the same time to accommodate occasional long-distance trains including some services to Stockholm and the night express to Berlin. Its tracks are numbered 5-10 (six tracks as opposed to the original seven: one track was torn up during renovation to allow for more commercial space adjacent to the Centralplan bus terminal). The adjacent train shed previously used for local Pågatågen was demolished in its entirety to allow for an extension to the Centralplan, its traffic taken over by the City Tunnel.

In 2011 Malmö Central Station won the Brunel Award for its architecture.

Jon Worth
When your train breaks down, get the rail replacement bus in front of the rail station, not in the bus station to the side. Enjoy free wifi while you wait with hundreds of others.

Axel Olsson
If you're a group, make sure to get: 1. A JoJo-card (200 SEK @ Pressbyrån). 2. Buy a Duo/Family-ticket. Of course buy a turn-return ticket if you know you're going back the same day too!

HSB Turning Torso is a deconstructivist skyscraper in Malmö, Sweden,

The Bibliotheca Alexandrina (Latin for 'Library of Alexandria'; in 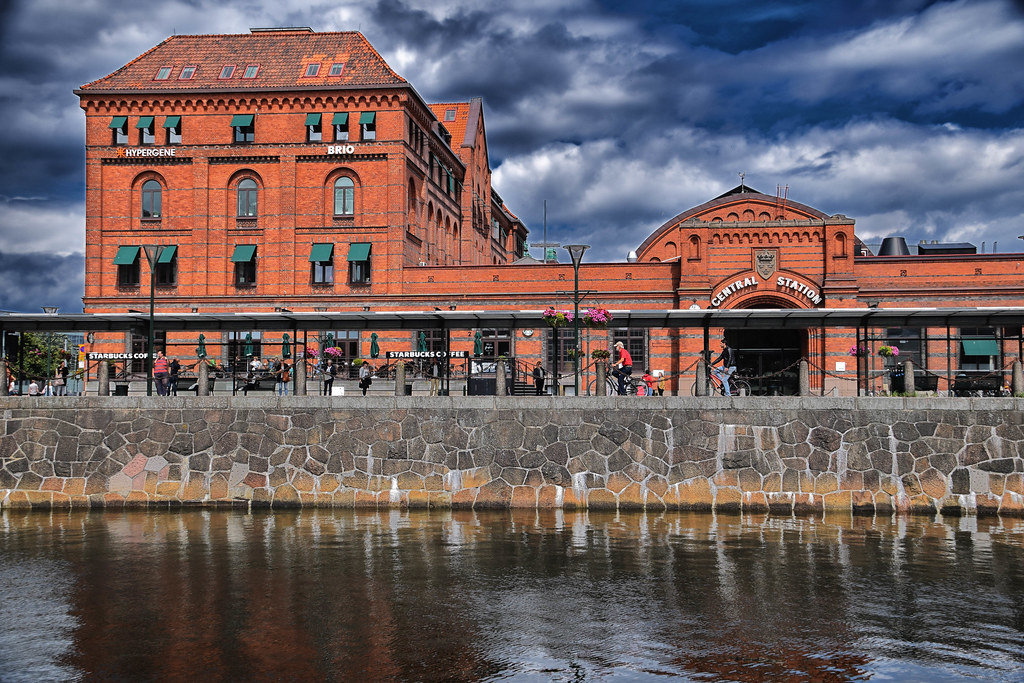 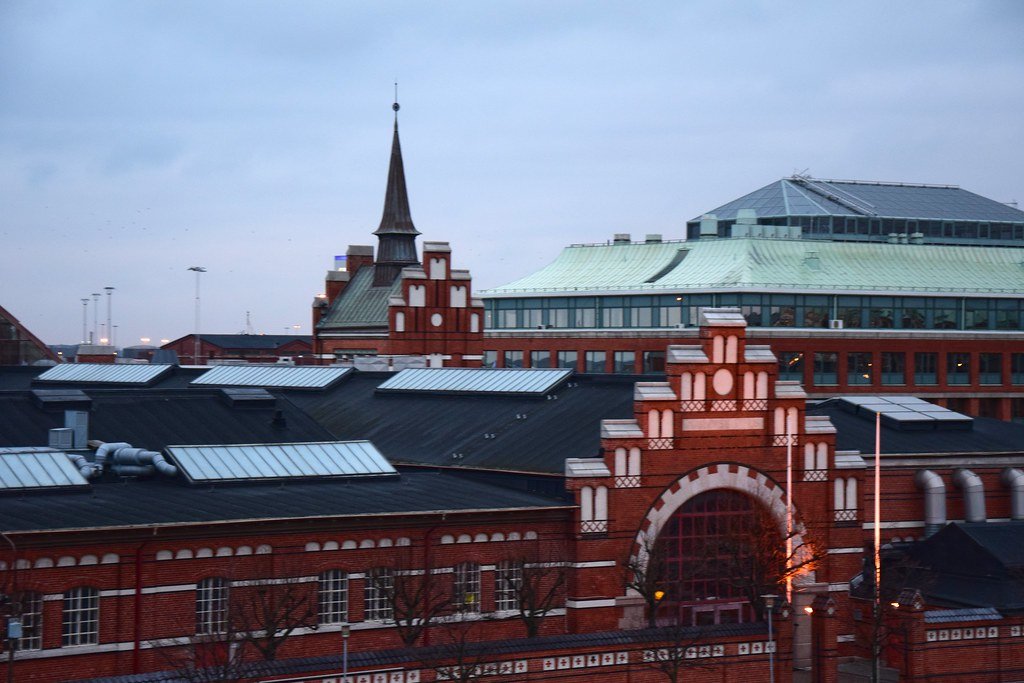 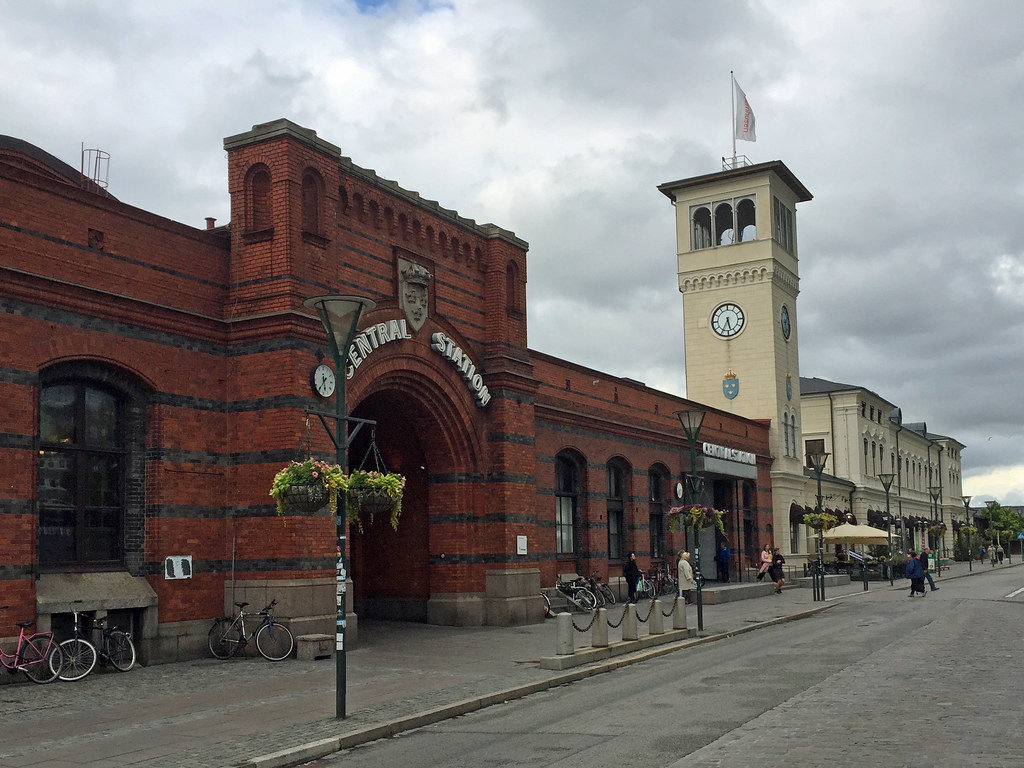 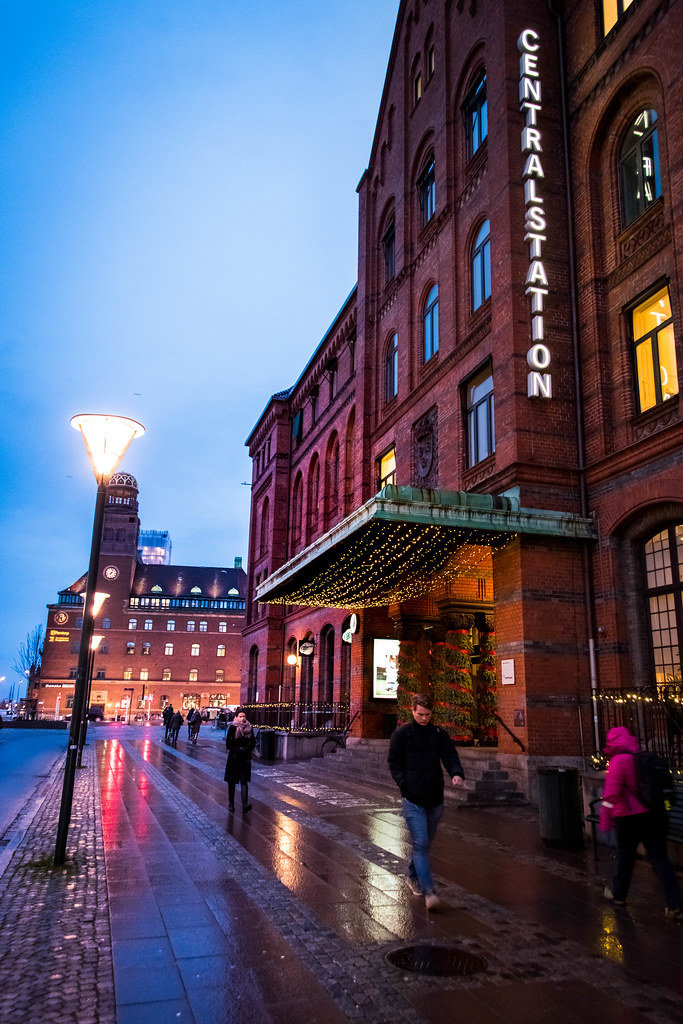 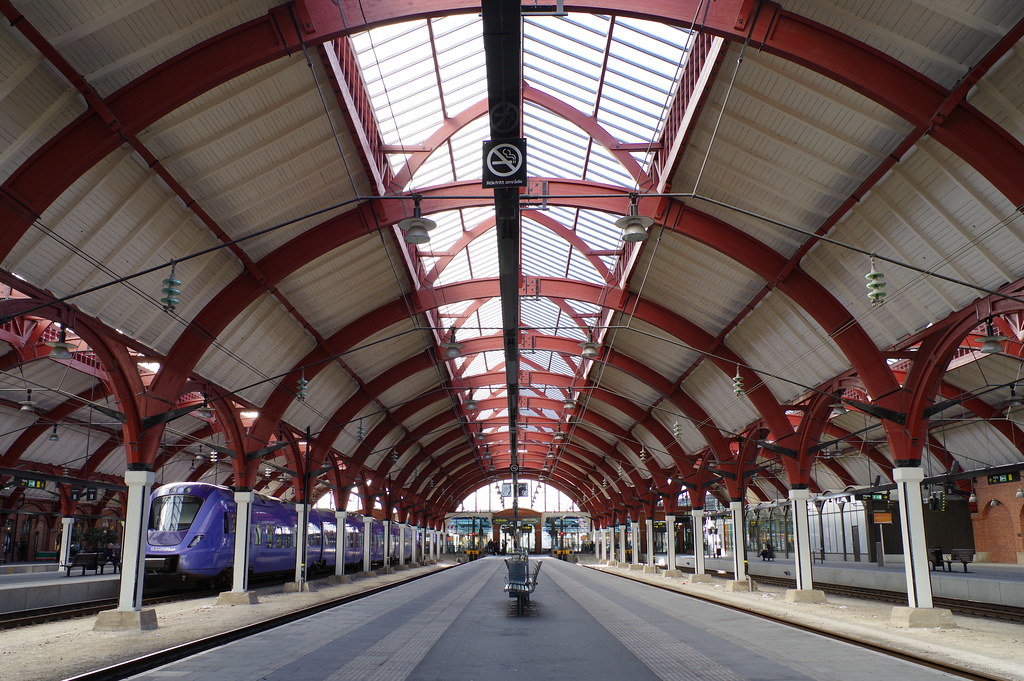 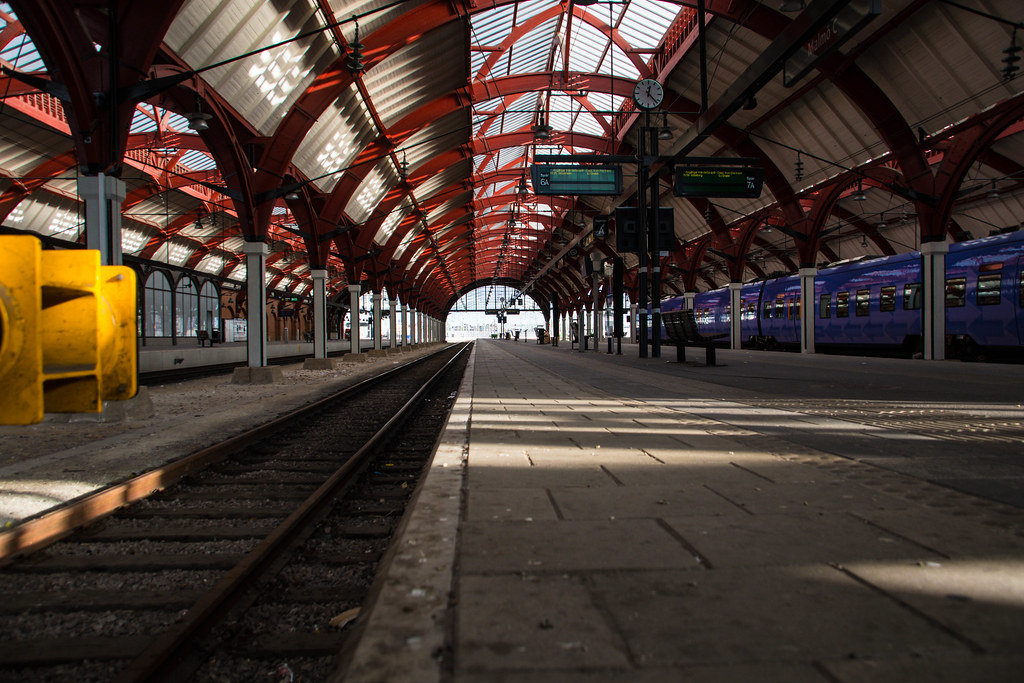 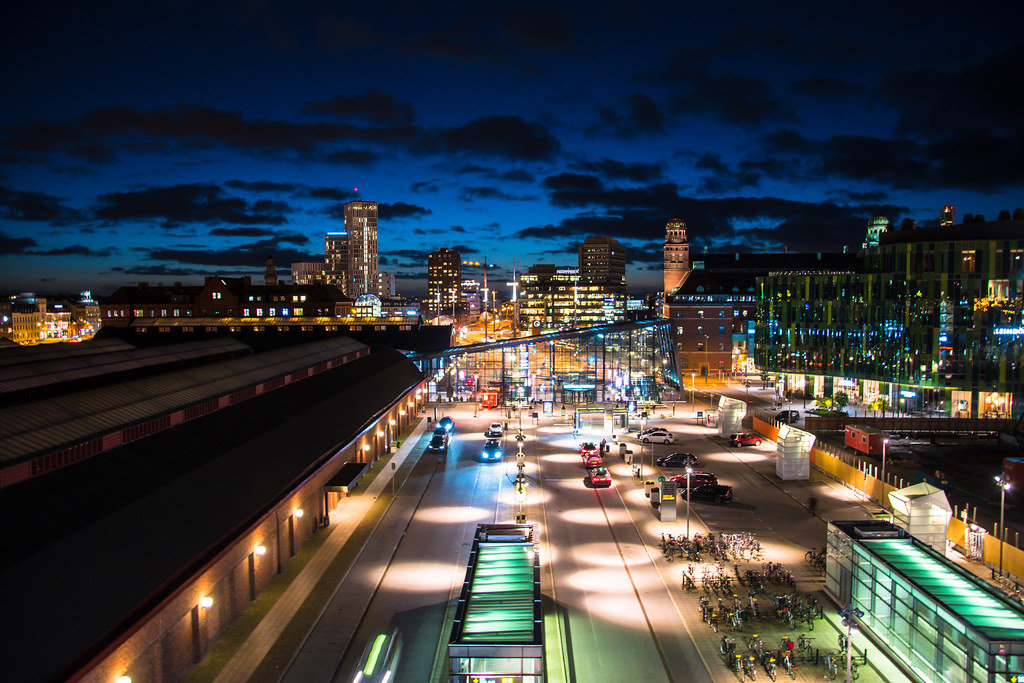 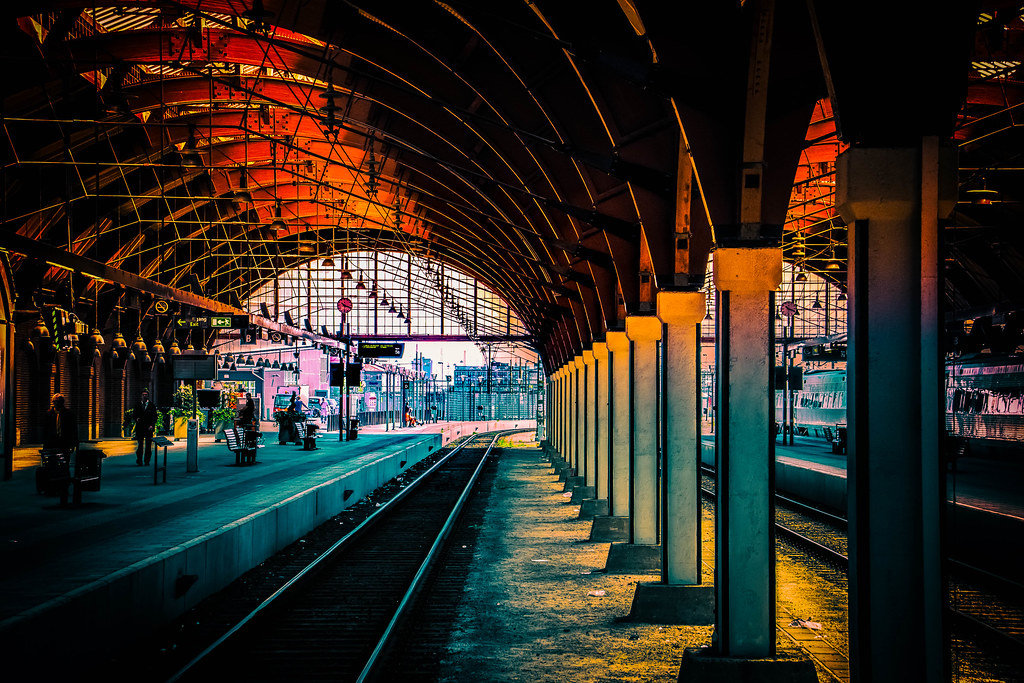 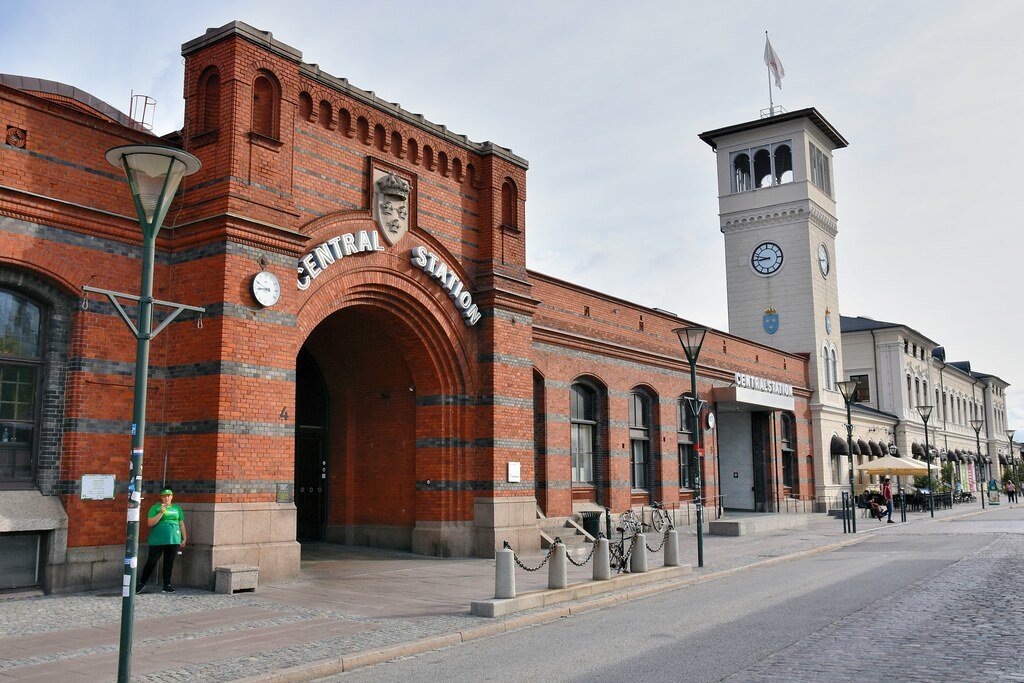 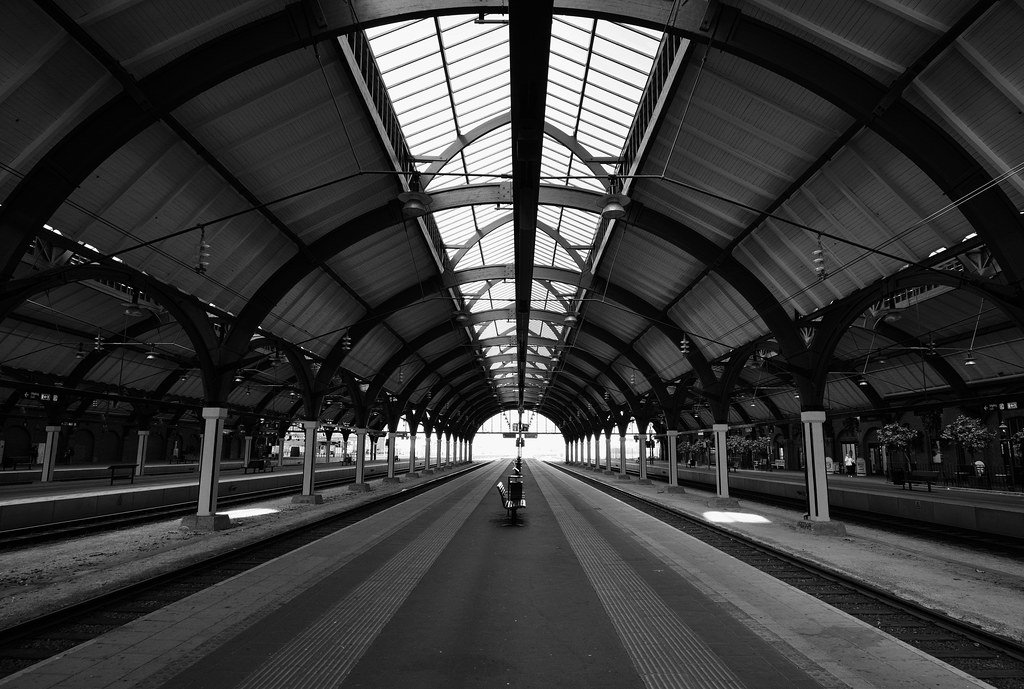 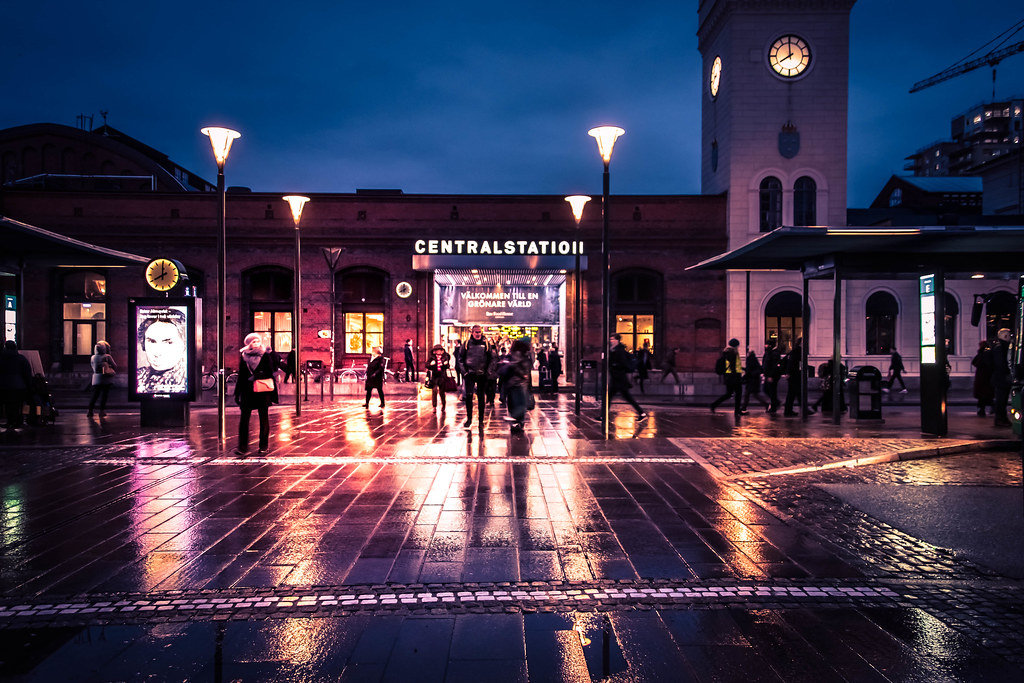 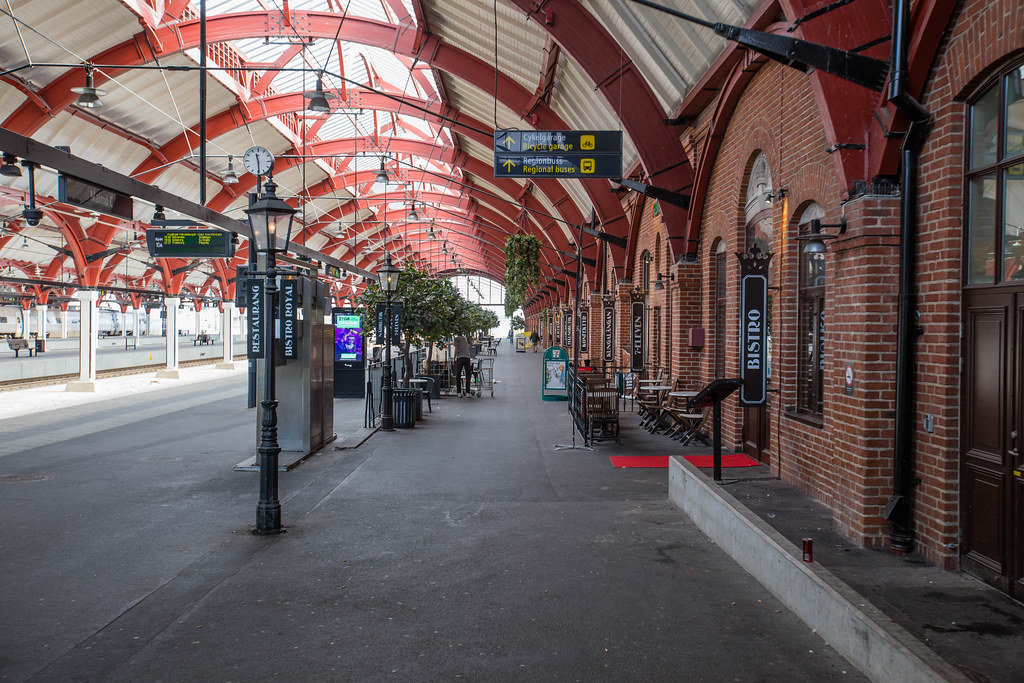 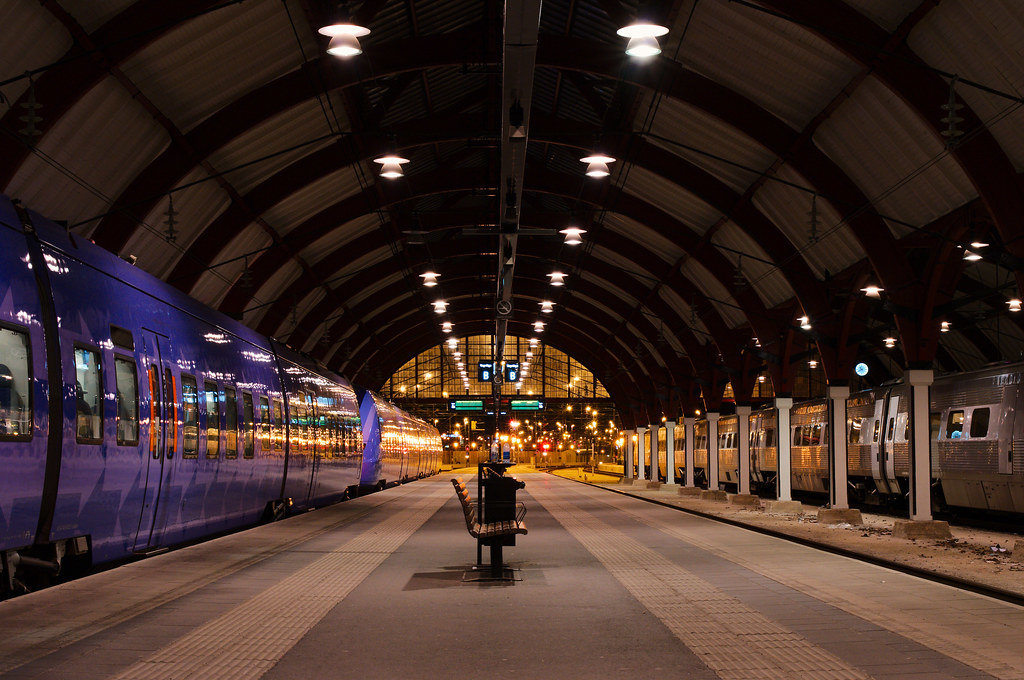 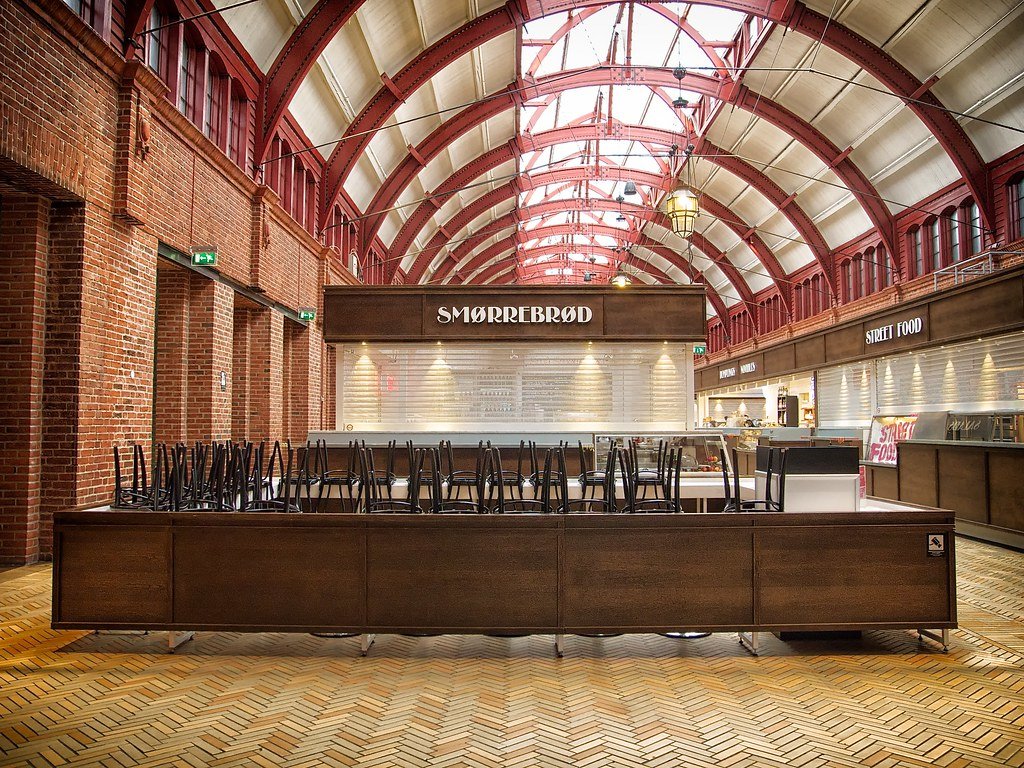 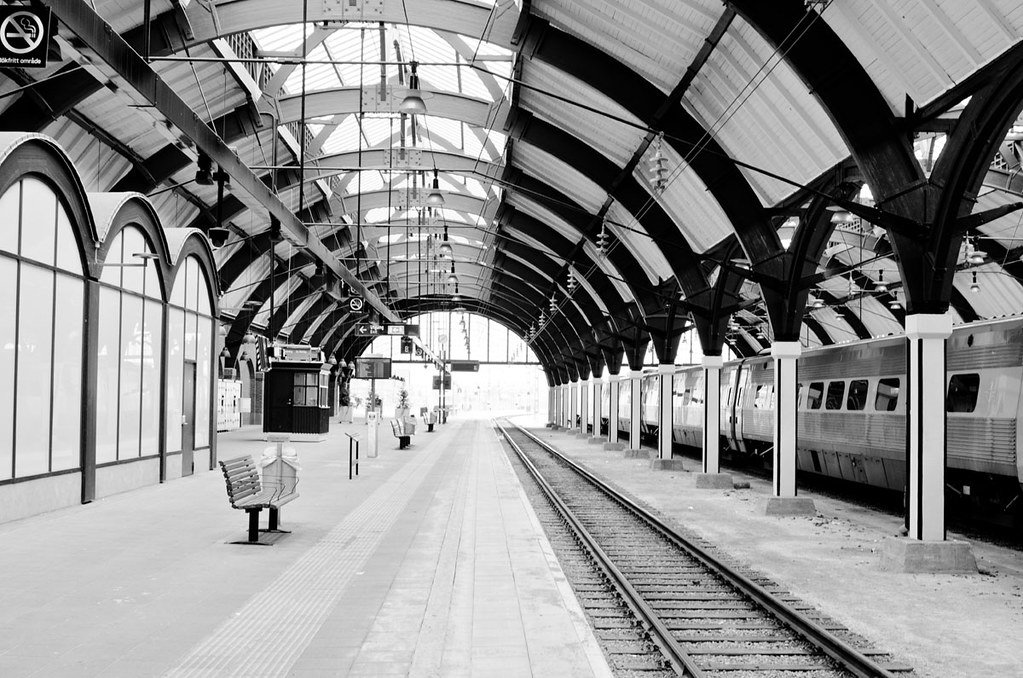