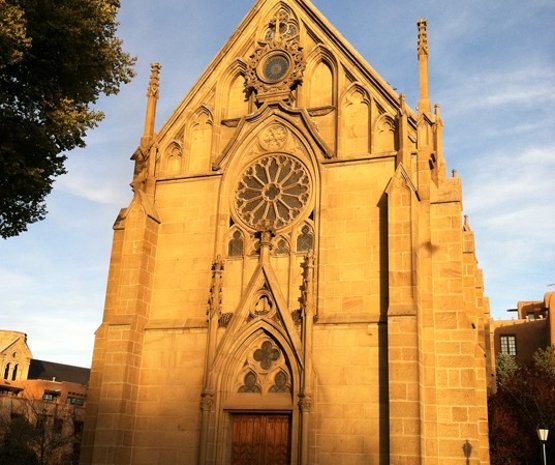 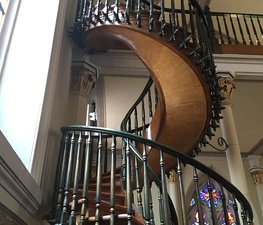 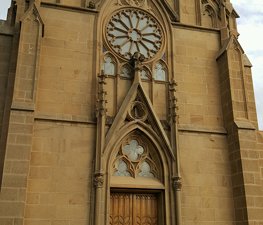 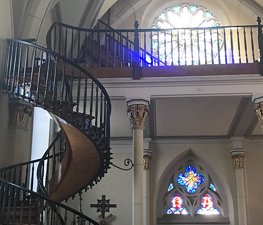 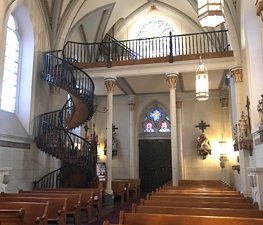 The Loretto Chapel in Santa Fe, New Mexico, USA is a former Roman Catholic church that is now used as a museum and wedding chapel. It is known for its unusual helix-shaped spiral staircase (the "Miraculous Stair"). The name and origin of the builder have still not been verified. The Sisters of Loretto credit St. Joseph with its construction.

It has been the subject of legend and rumor, and the circumstances surrounding its construction and its builder are considered miraculous by the Sisters of Loretto.

History of the staircase construction

In 1872 Jean-Baptiste Lamy, the Bishop of the Santa Fe Archdiocese, commissioned the building of a convent chapel to be named Our Lady of Light Chapel, which would be in the care of the Sisters of Loretto. The chapel was designed by French architect Antoine Mouly in the Gothic Revival style, complete with spires, buttresses, and stained glass windows imported from France. Although it was built on a much smaller scale, the chapel bears an obvious resemblance to the Sainte-Chapelle in Paris.

The architect died suddenlyШаблон:Citation needed and it was only after much of the chapel was constructed that the builders realized it was lacking any type of stairway to the choir loft. Due to the chapel's small size, a standard staircase would have been too large. Historians have also noted that earlier churches of the period had ladders rather than stairs to the choir loft, but the Sisters did not feel comfortable with that prospect because of the long habits that they wore.

The Sisters of Loretto relate the story as follows:

Needing a way to get up to the choir loft the nuns prayed for St. Joseph's intercession for nine straight days. On the day after their novena ended a shabby-looking stranger appeared at their door. He told the nuns he would build them a staircase but that he needed total privacy and locked himself in the chapel for three months. He used a small number of primitive tools including a square, a saw and some warm water and constructed a spiral staircase entirely of non-native wood. The identity of the carpenter is not known for as soon as the staircase was finally finished he was gone. Many witnesses, upon seeing the staircase, feel it was constructed by St. Joseph himself, as a miraculous occurrence.

The resulting staircase is an impressive work of carpentry. It ascends twenty feet, making two complete revolutions up to the choir loft without the use of nails or apparent center support. It has been surmised that the central spiral of the staircase is narrow enough to serve as a central beam. Nonetheless there was no attachment unto any wall or pole in the original stairway, although in 1887 -- 10 years after it was built -- a railing was added and the outer spiral was fastened to an adjacent pillar. Instead of metal nails, the staircase was constructed using dowels or wooden pegs.

The history and construction of the staircase was also investigated by author Ben Radford, who published his findings, including the probable name of the legendary builderШаблон:Who, in his book Mysterious New Mexico.

Loretto Chapel was used on a daily basis by the female students of Loretto Academy as well as by its nuns until the Academy and Chapel closed as Catholic institutions. Born in Santa Fe in 1917 (1917–2005), Mary Frances Hill (née Julian) attended the Loretto Academy from 1920 until 1935 and is considered to have attended the Academy longer than any other student and as having climbed the miraculous staircase more times than anyone else as a result of having been a member of the Academy's choir.Шаблон:Citation needed In 1968, after the Academy closed, the all-male St. Michael's High School turned co-ed to accommodate the Academy's female students.Шаблон:Citation needed

The Loretto Chapel is now primarily a museum but weddings may be arranged in the Chapel, including a highlight of the wedding couple being photographed on the staircase. There is an entrance fee for the chapel. It is owned by a private company. The Church of Antioch at Santa Fe, an inclusive Sacramental Community in the Catholic style, offers Holy Eucharist every Sunday morning at 8:45 am.Шаблон:Citation needed

The story was the subject of the 1998 television film The Staircase, starring Barbara Hershey and William Petersen.

The case was investigated and subsequently re-enacted in the Unsolved Mysteries episode "Miracle Staircase".

Young-adult author Ann Rinaldi based her book The Staircase on the Loretto Chapel.

Lee C.
Park at the Cathedral. The machine takes credit cards, and the parking rate is $2/hour. You will get a receipt to put on your dashboard. Loretto and San Miguel's are all within walking distance.

Robert Mathias
The staircase was kind of cool to see but it was not worth paying $3 a person to look at a staircase for 3 minutes. If I would have known what it was before hand I would not have paid to see it.
Load more comments
foursquare.com
8.9/10
66,283 people have been here
I've been here
Add to wishlist

Add to wishlist
I've been here
Visited
Palace of the Governors

La Sainte-Chapelle (English: The Holy Chapel) is a Gothic chapel on

The Palatine Chapel is a medieval chapel that was part of

The Scrovegni Chapel, or Cappella degli Scrovegni, also known as the

The Medici Chapels (Cappelle medicee) in the Basilica of San Lorenzo,

The Magi Chapel is a chapel in Palazzo Medici Riccardi of Florence. It 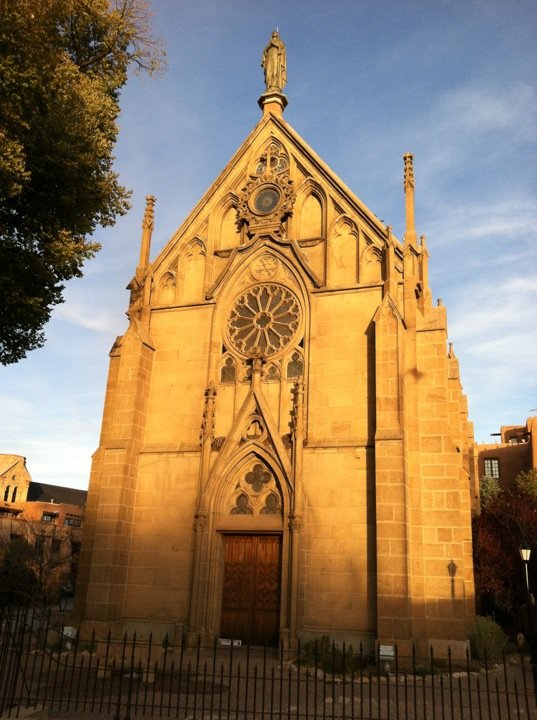 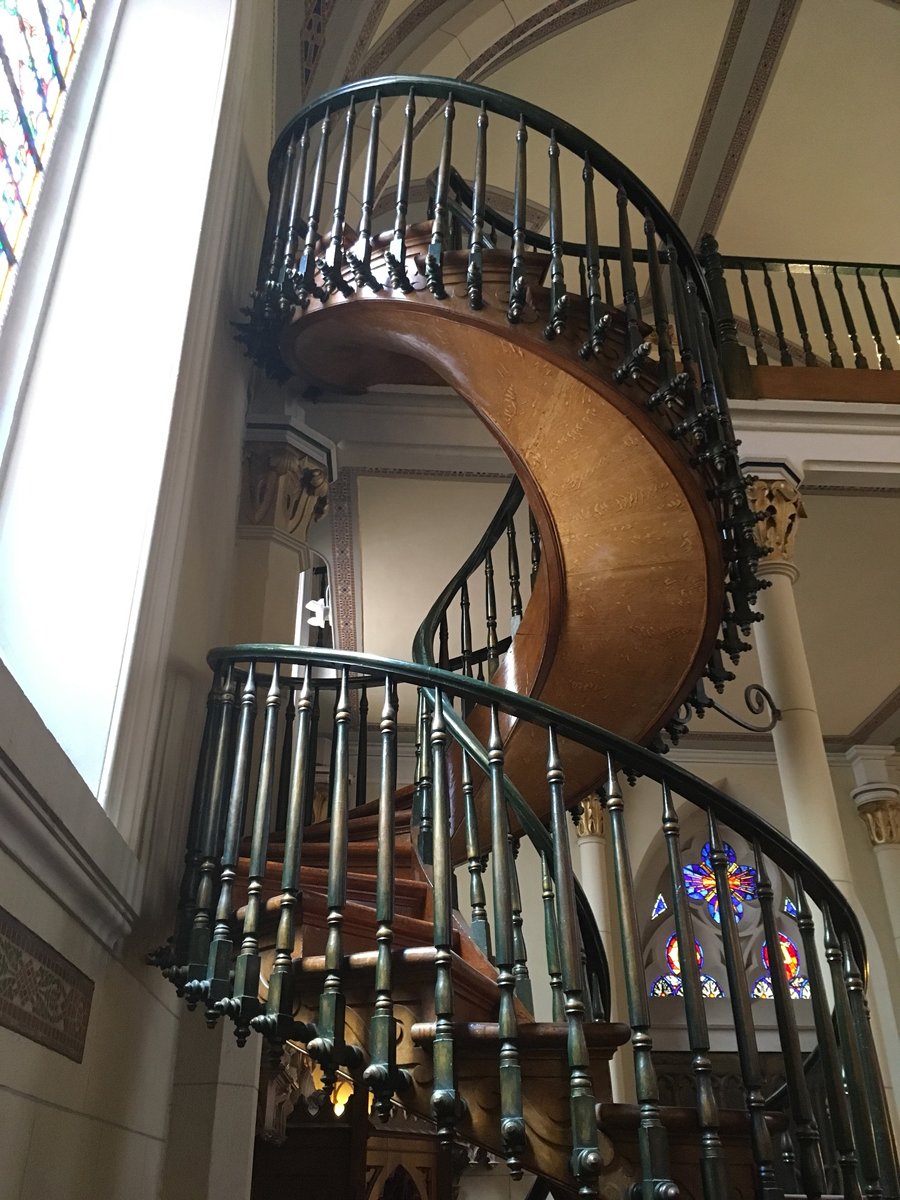 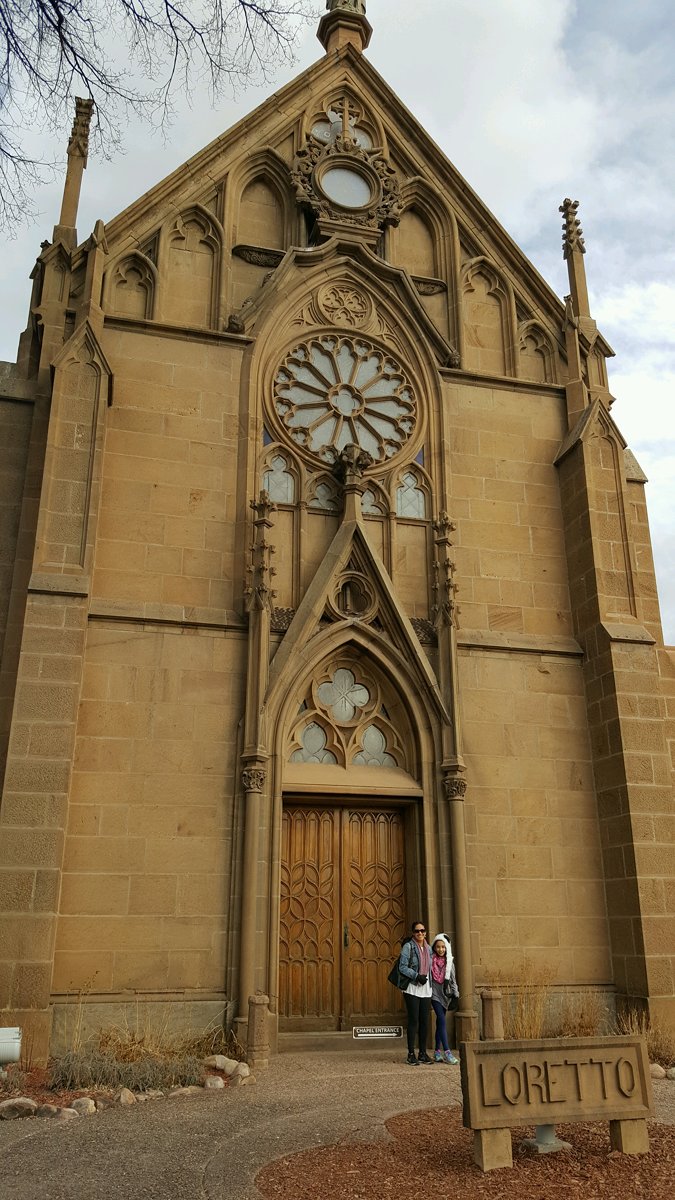 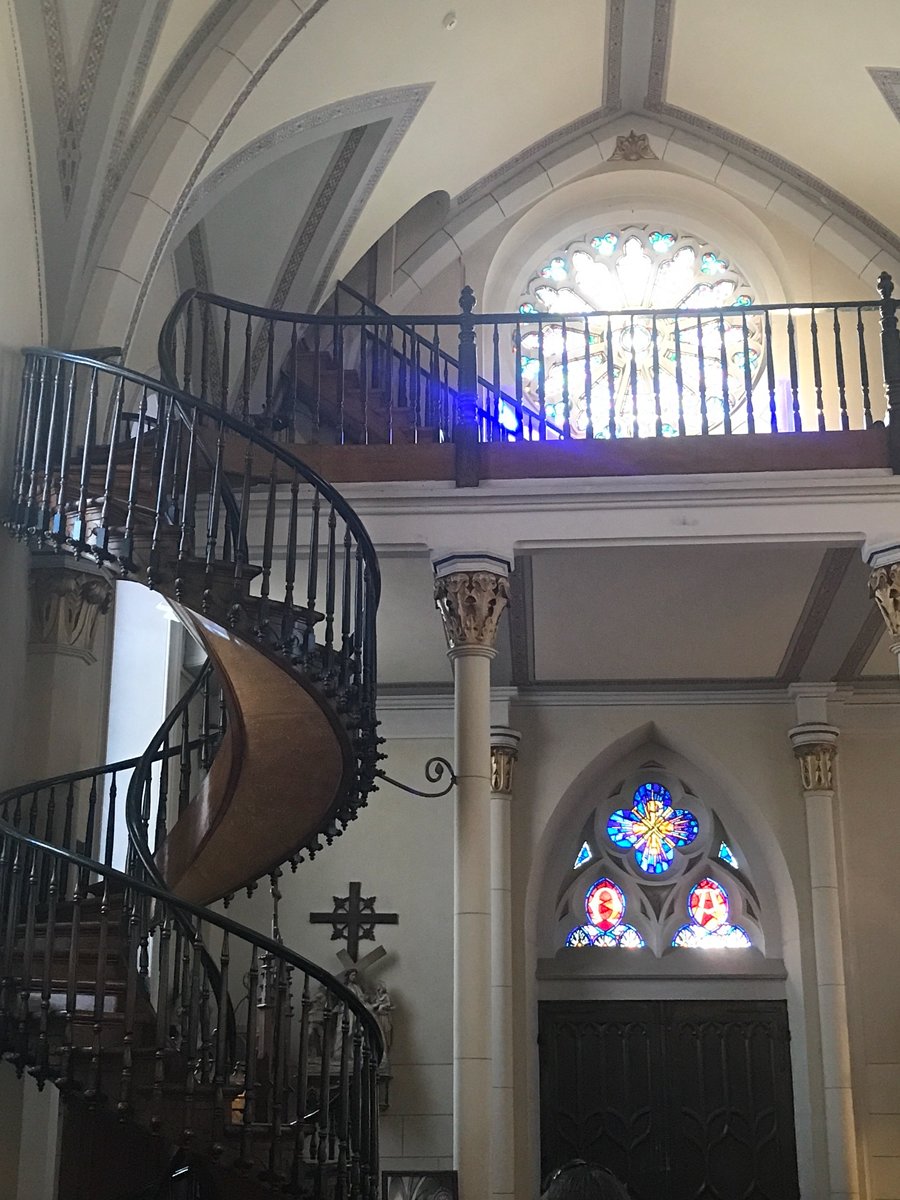 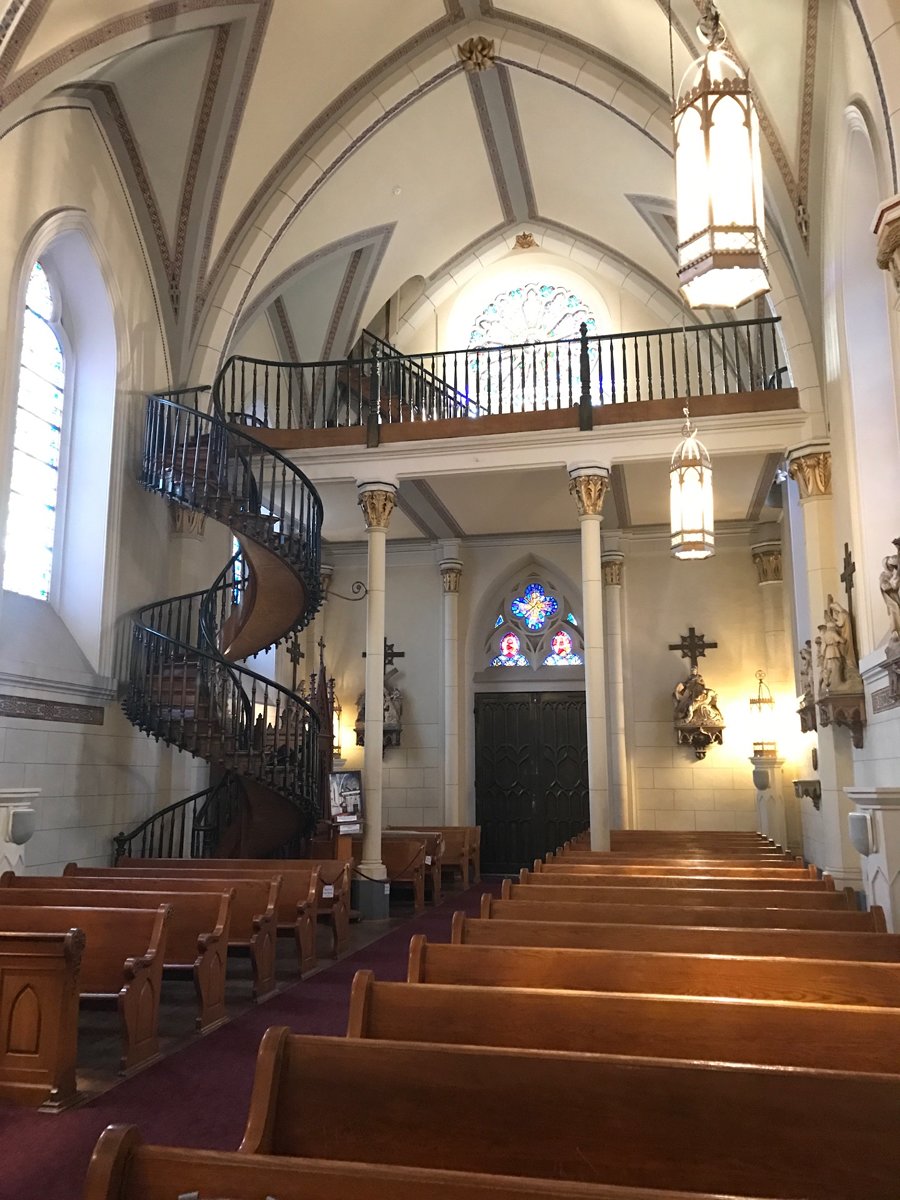 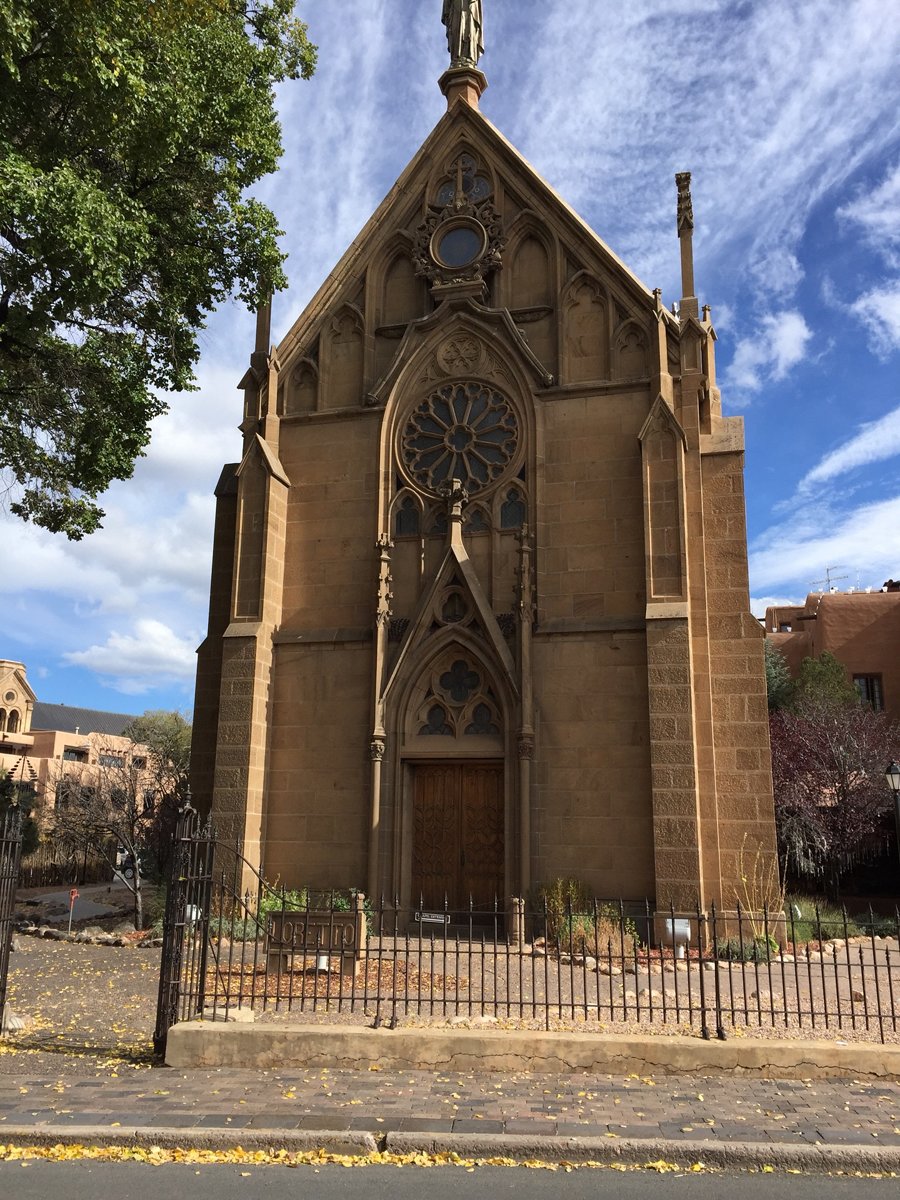 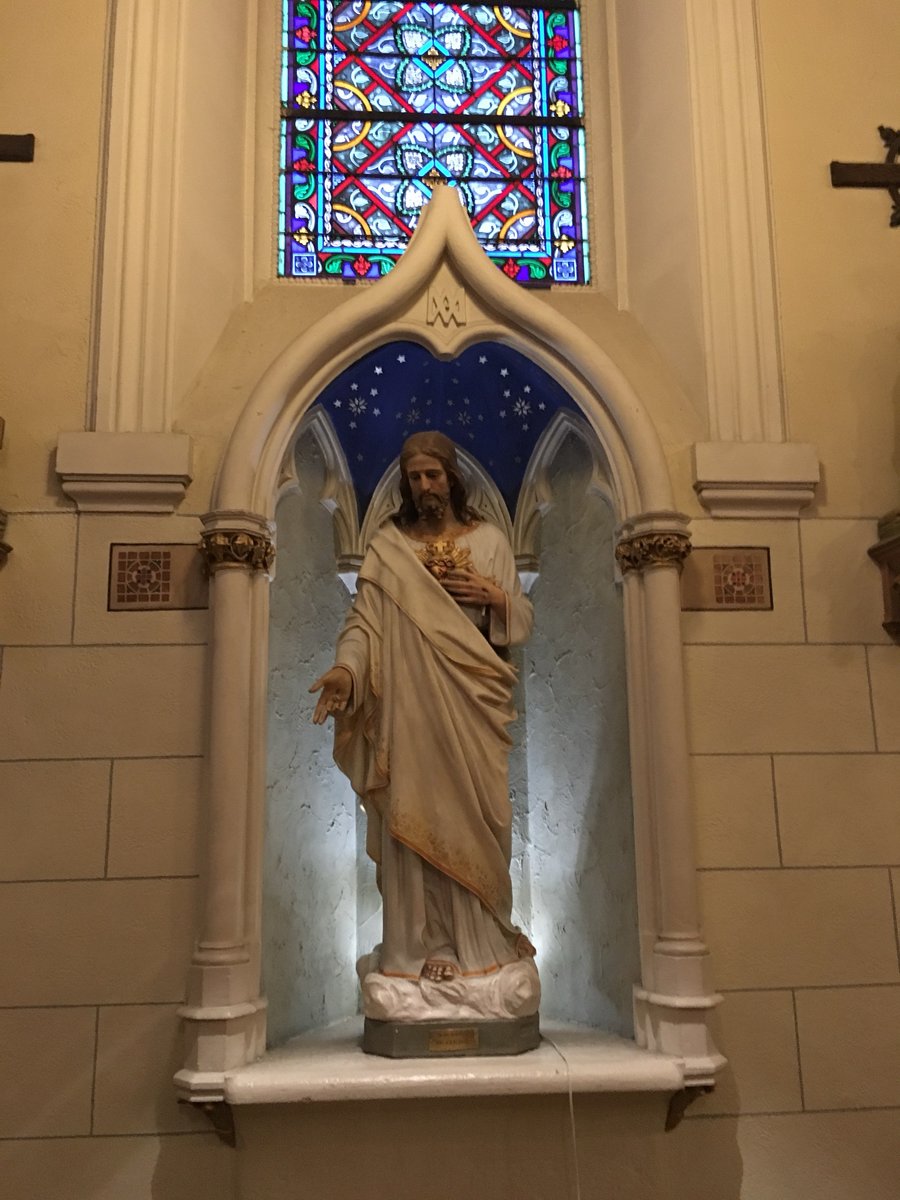 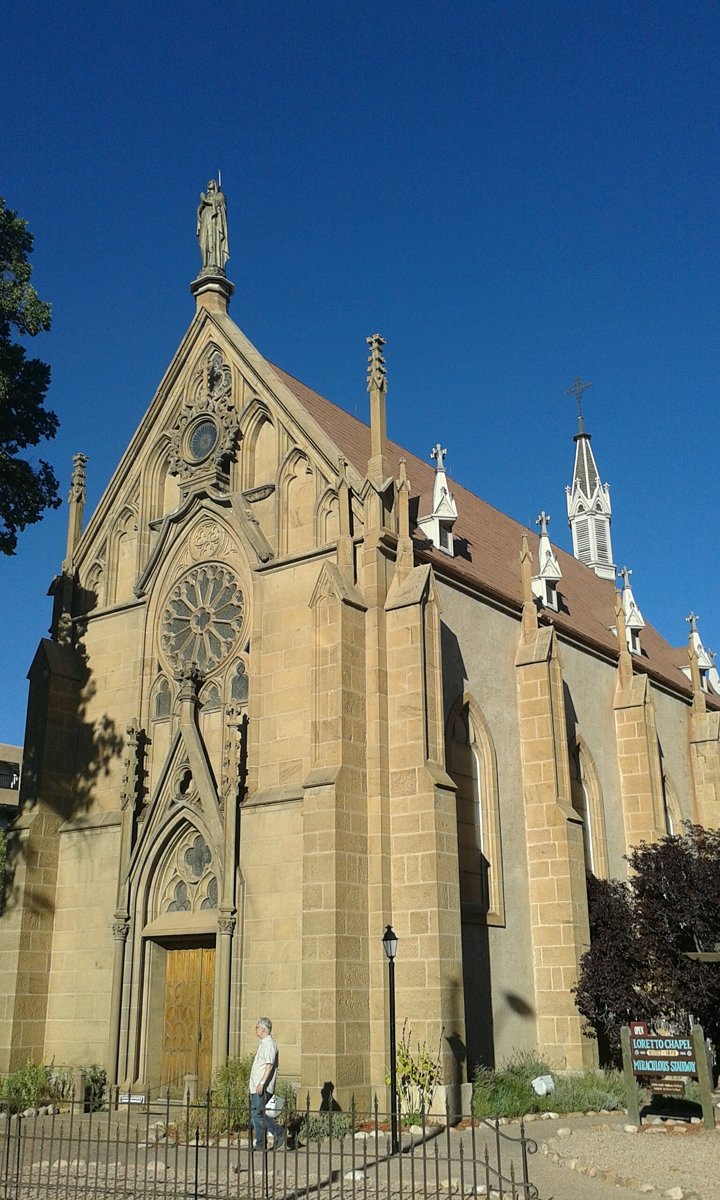 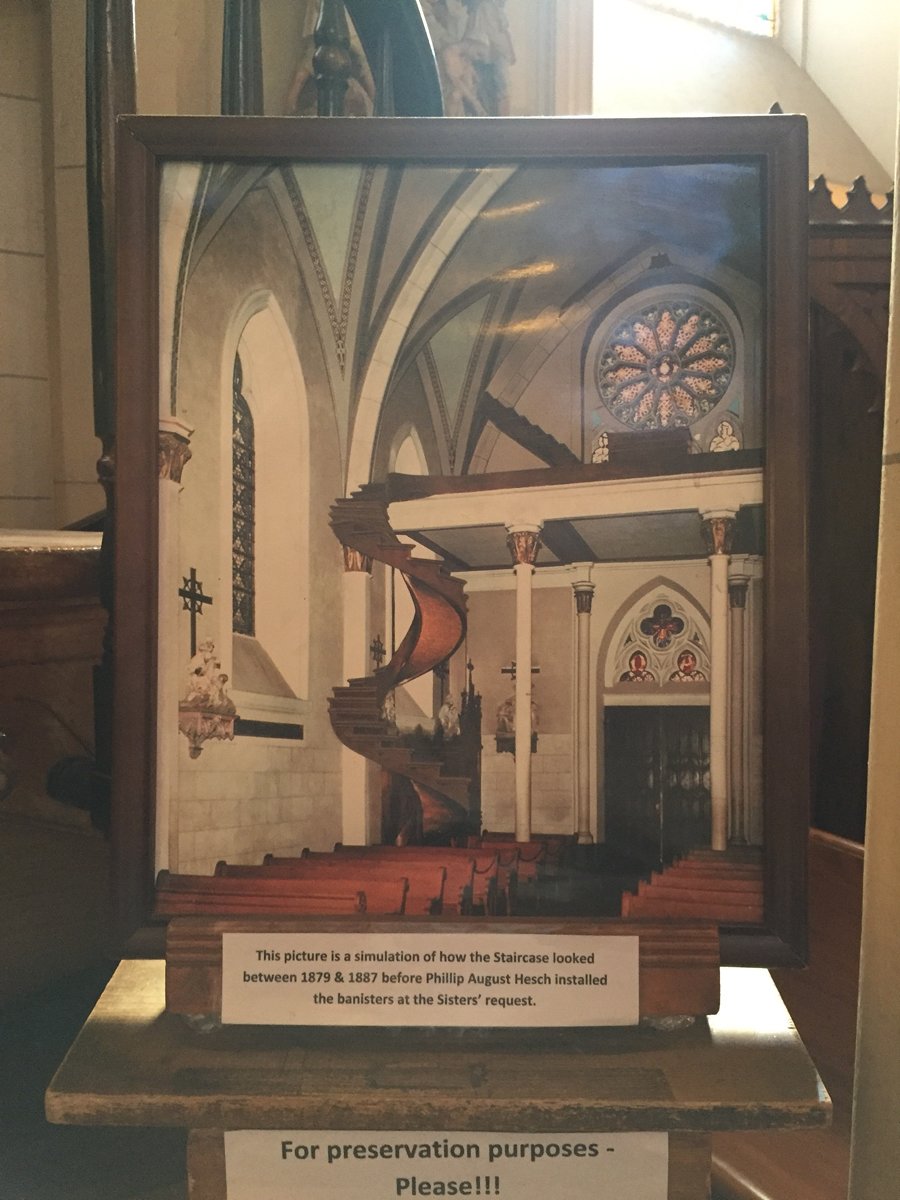 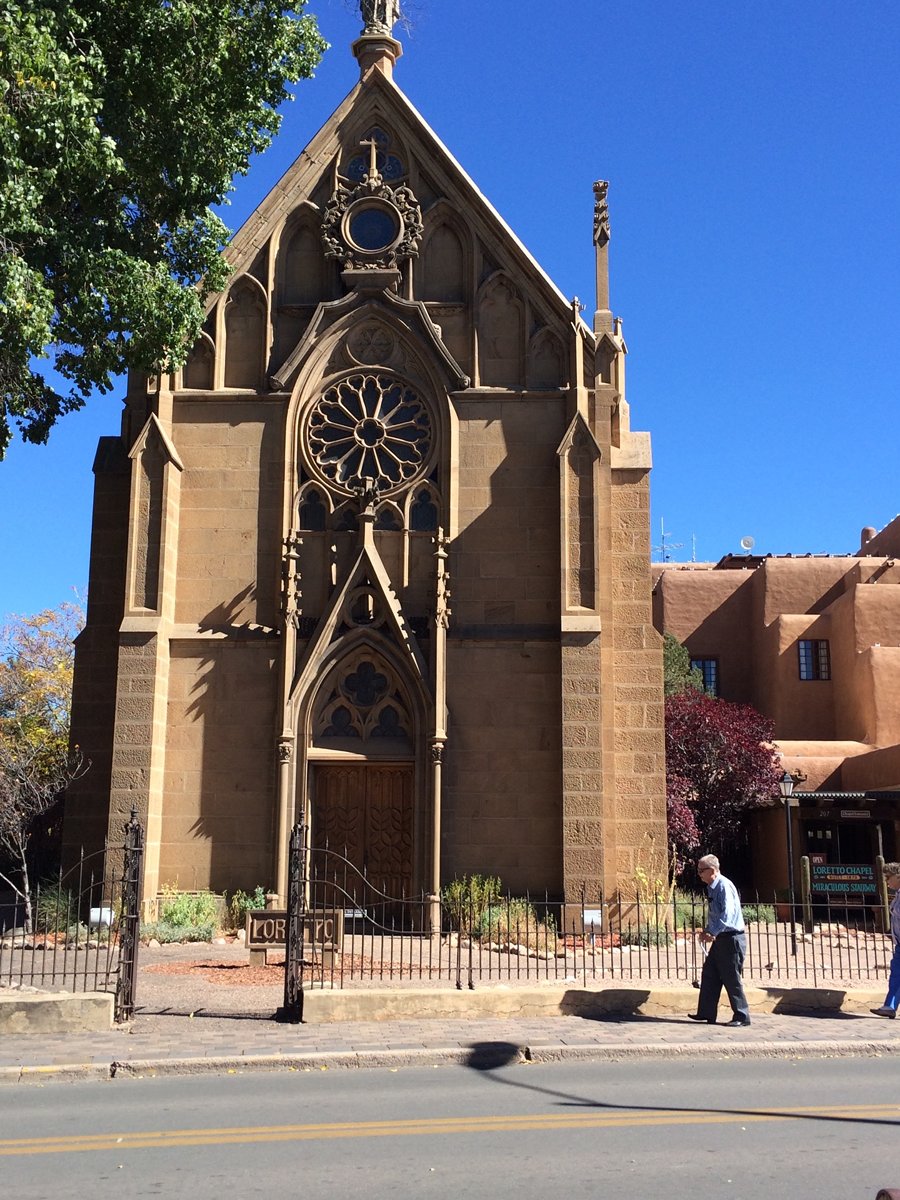 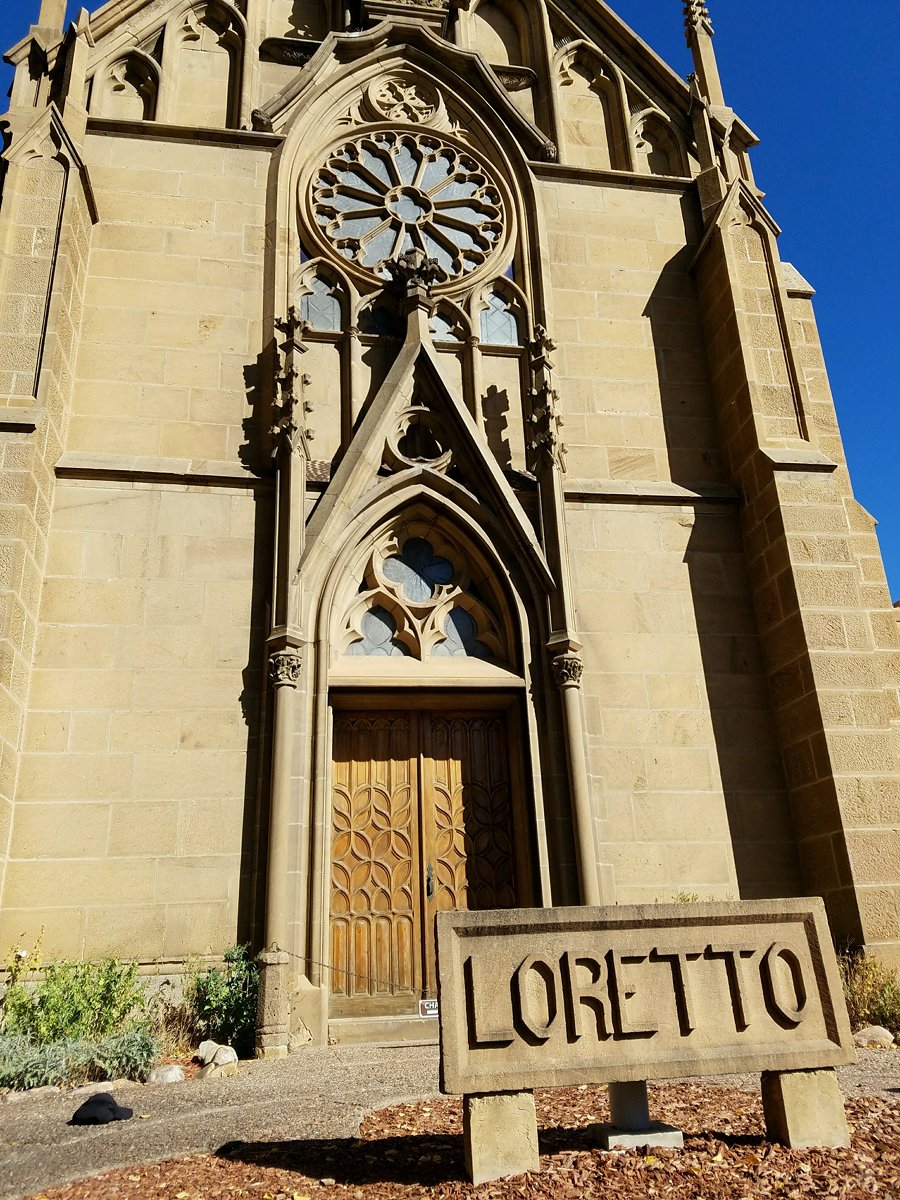 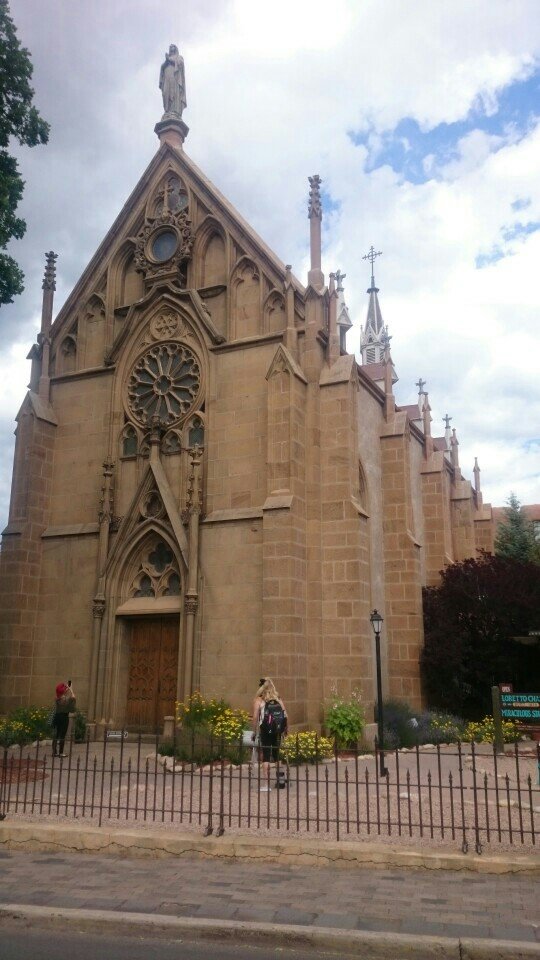 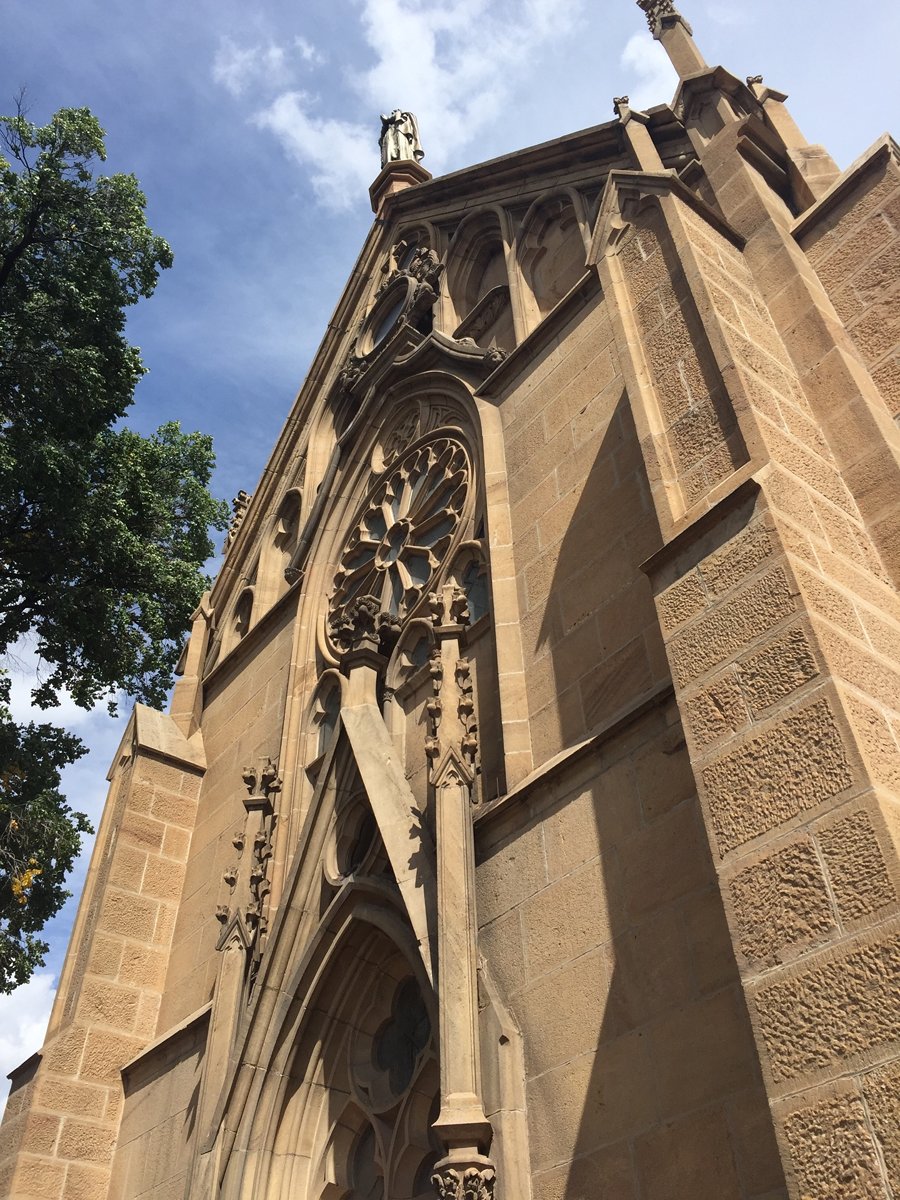 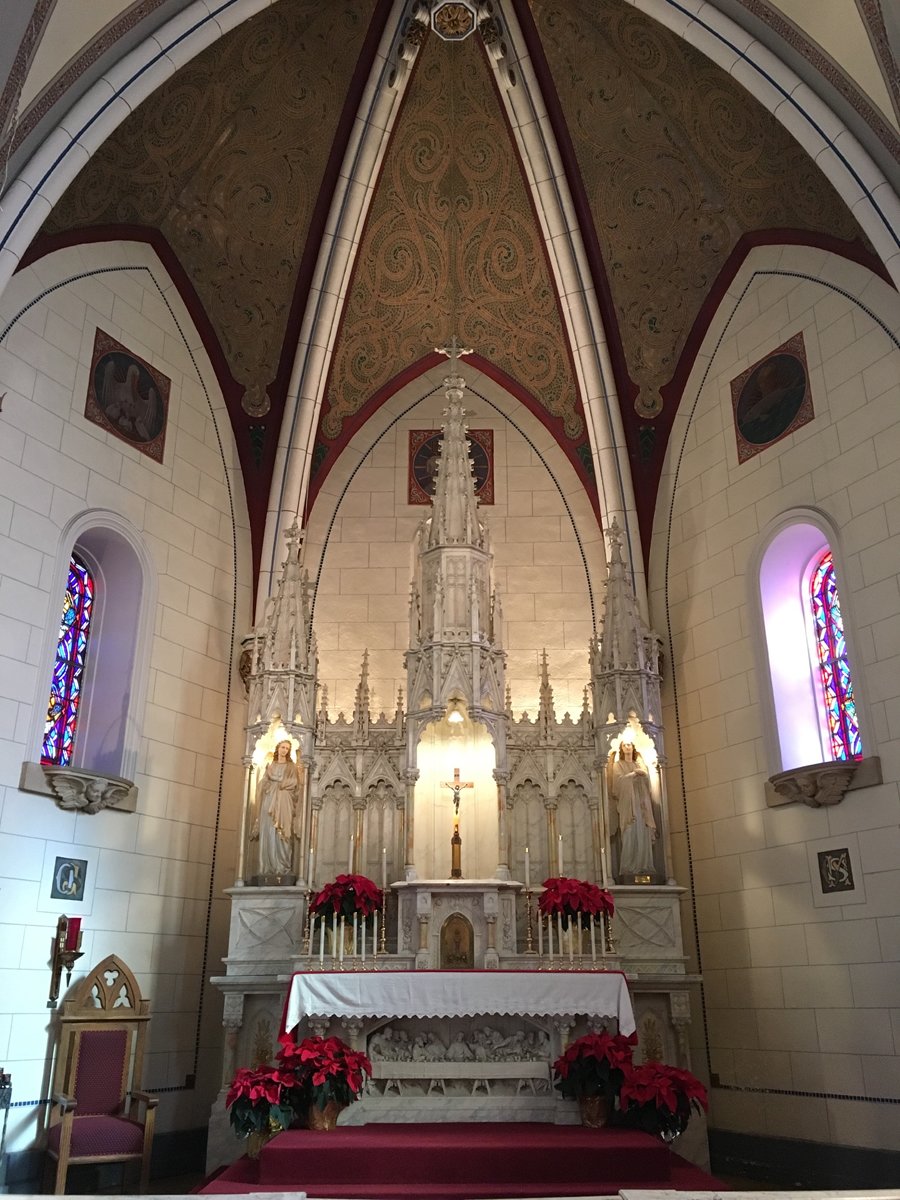 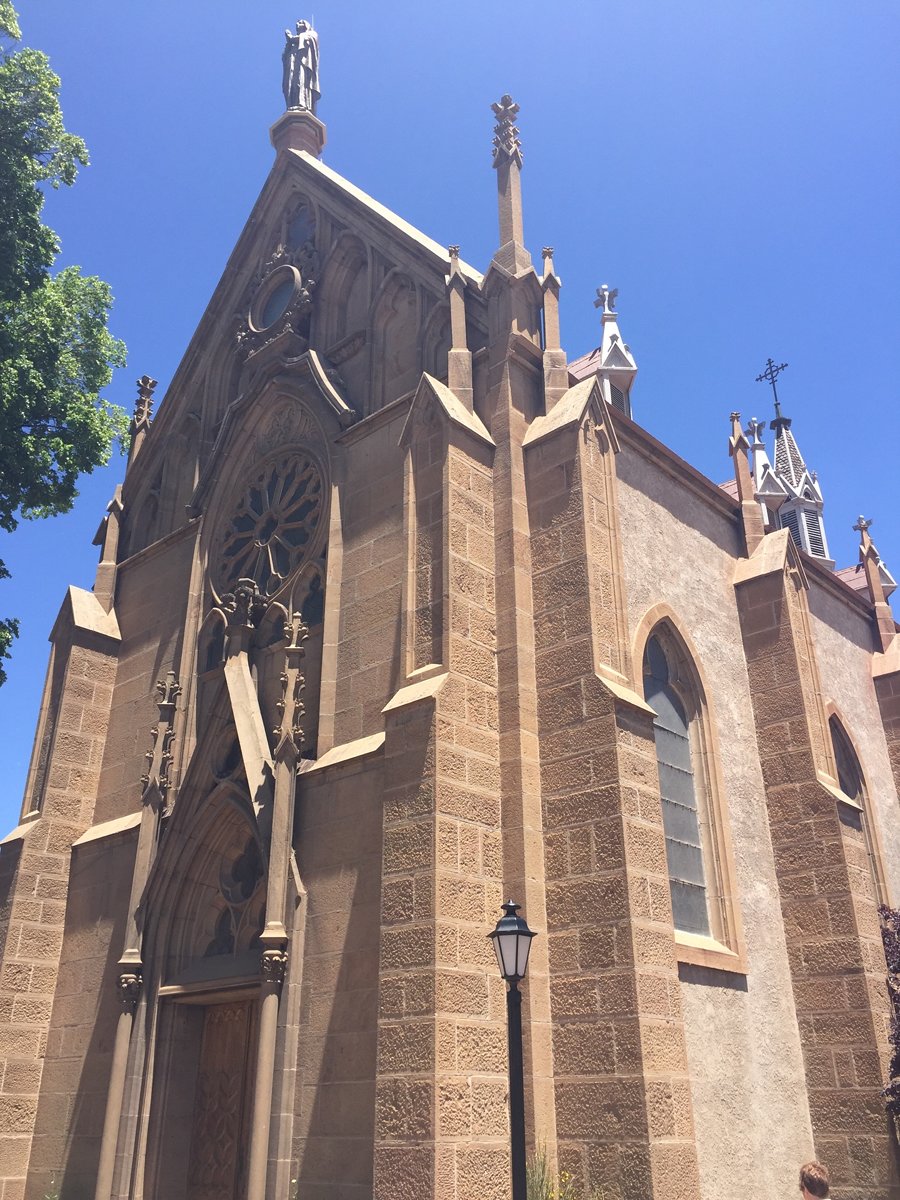 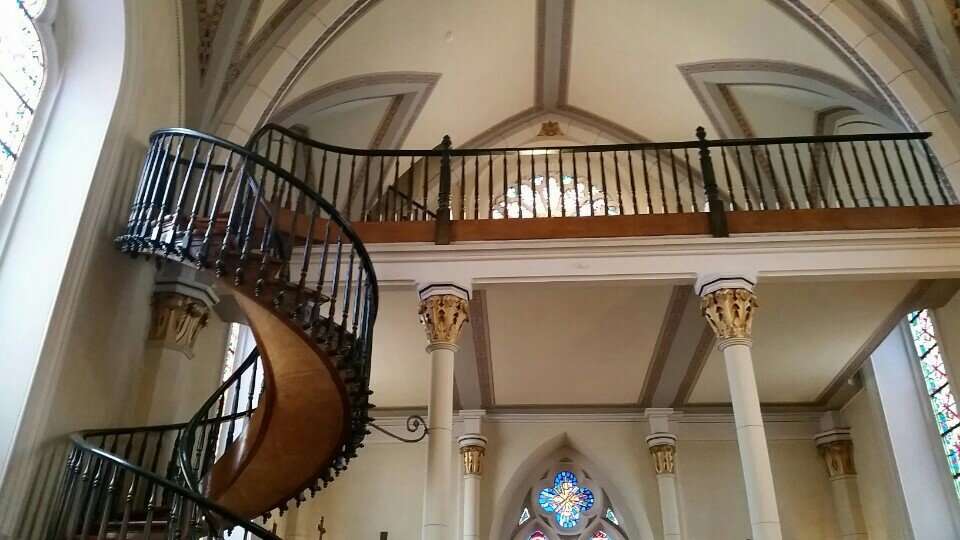 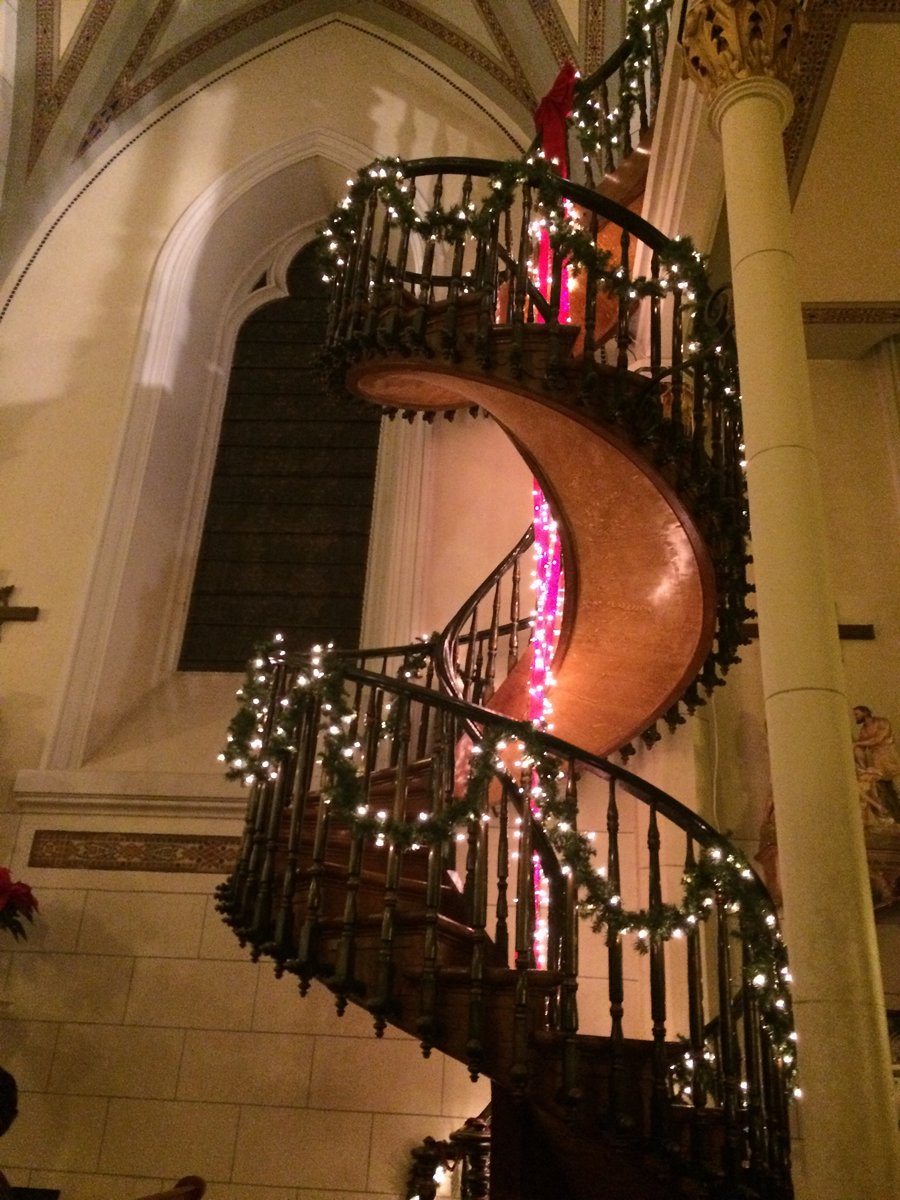 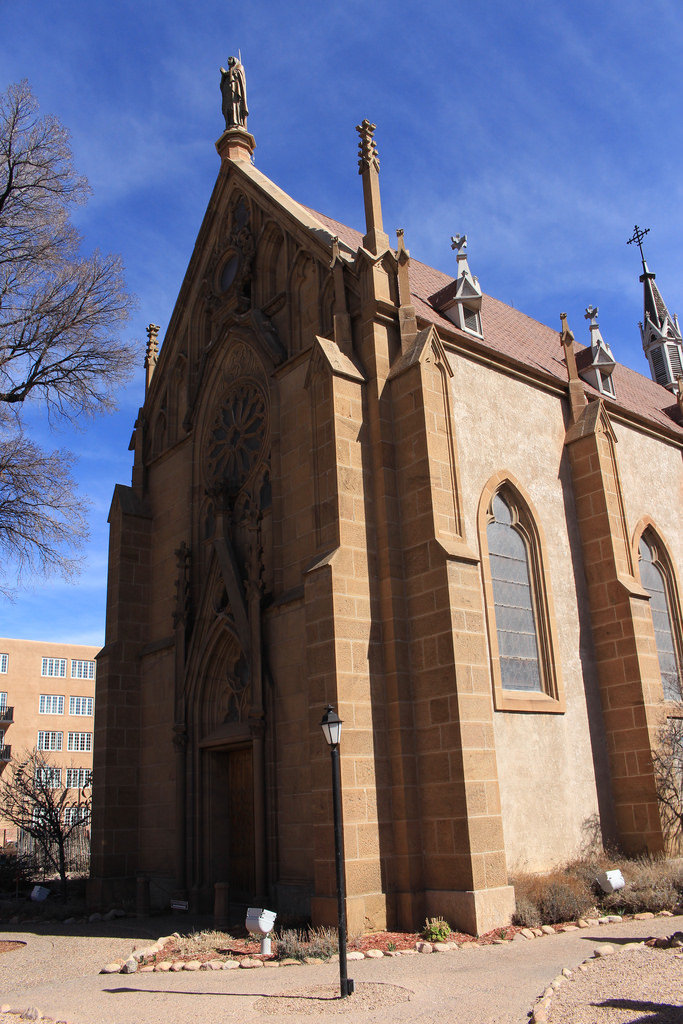 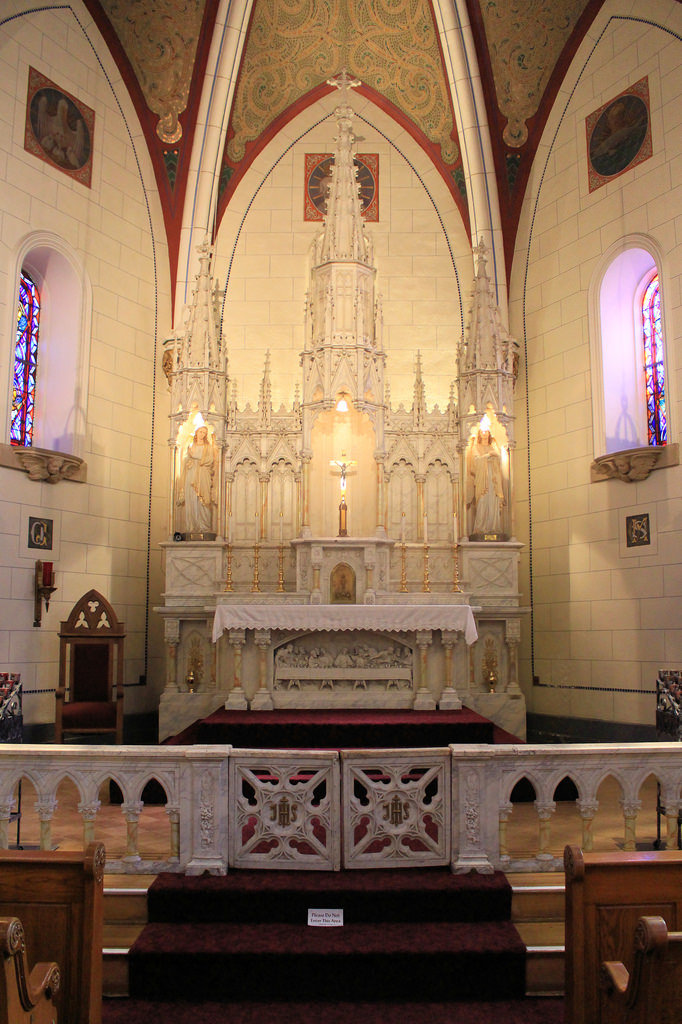 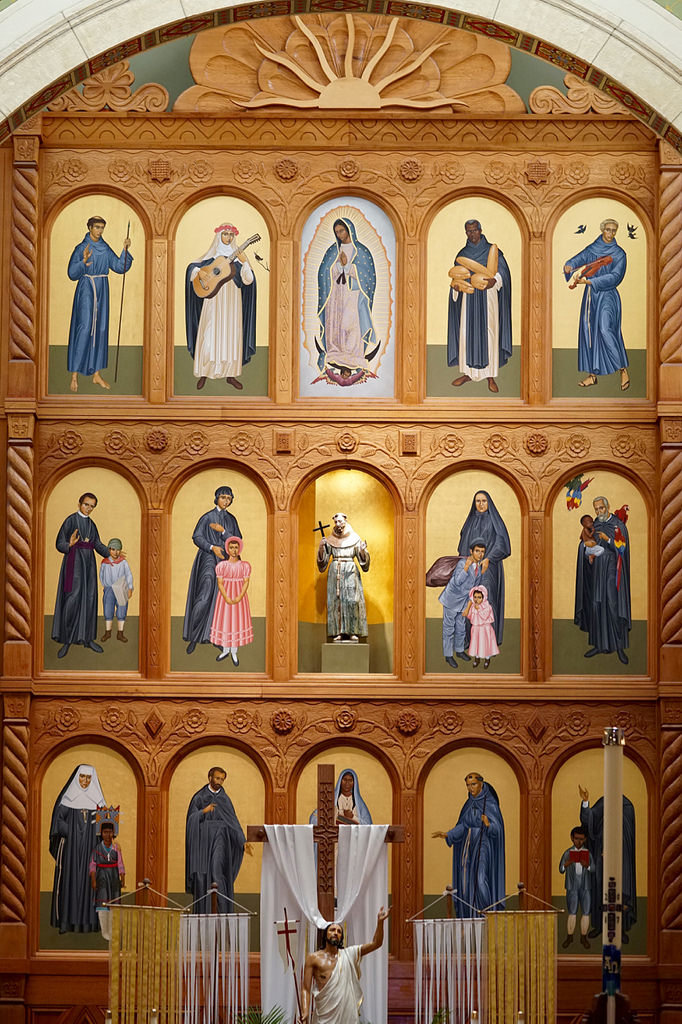