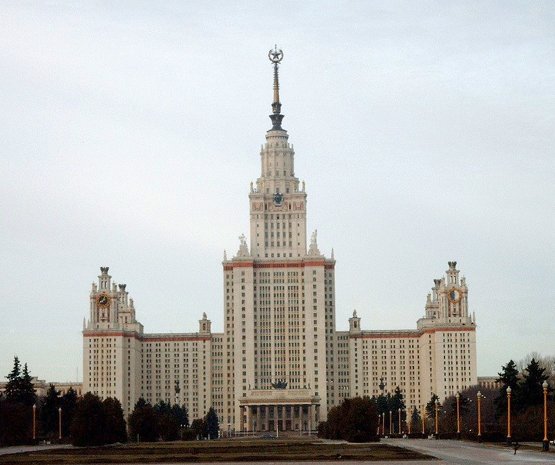 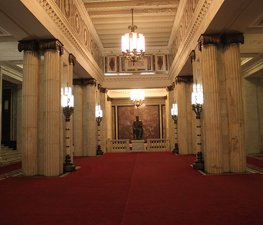 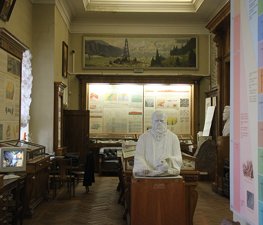 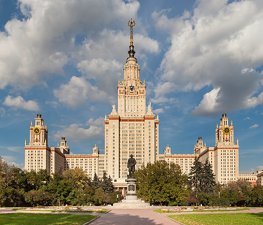 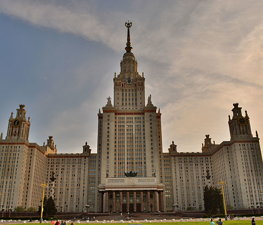 Founded in 1755, it also claims to be the oldest university in Russia and to have the tallest educational building in the world. As of 2004, the university has some 4,000 staff teaching 36,000 students and 7,000 postgraduates. Its current rector is Viktor Sadovnichiy. In 1940, the university was renamed in honor of its founder, Mikhail Lomonosov.

Since 1953, most of the university's faculties have been situated on Sparrow Hills, in the southwest of Moscow. Considered to be the outskirts of Moscow at the time of its building, due to the subsequent expansion of the city today the main building is around half-way between the centre of Moscow at the Kremlin and the city's limits.

The university includes a number of faculty buildings located near Manege Square in the centre of Moscow and a number of campuses abroad in Ukraine, Kazakhstan and Uzbekistan.

The university is commonly regarded as Russia's most prestigious university and has high entry requirements for its prospective students. The university generally performs well in international higher education studies and, in 2008, the university was ranked 5th in the Global University Ranking, 70th according to the Academic Ranking of World Universities, and 155th according to Times Higher Education in 2009.

The establishment of the university was instigated[] by Ivan Shuvalov and Mikhail Lomonosov, and the decree ordering its creation was issued by Russian Empress Elizabeth on January 25 (January 12 old style), 1755. The first lectures were held on April 26. January 25 is still celebrated as Students' Day in Russia.

It is disputed whether Moscow State University or St. Petersburg State University is actually the oldest higher education institution in Russia. While the former was established in 1755, the latter, which has been in continuous operation under the moniker "university" since 1819, claims to be the successor of the university established on January 24 1724 by a decree of Peter the Great together with the Academic Gymnasium and Saint Petersburg Academy of Sciences.

Originally located in the Principal Medicine Store on Red Square, the university was transferred by Catherine the Great to the present Neoclassical building on the other side of Mokhovaya Street. The main building was constructed between 1782 and 1793 in the Neo-Palladian style, designed by Matvei Kazakov, and rebuilt after the Fire of Moscow (1812) by Domenico Giliardi.

In the 18th century, the university had three faculties: philosophy, medicine, and law. A college for future students was affiliated with the university before being abolished in 1812. In 1779, Mikhail Kheraskov founded a boarding school for noblemen (Благородный пансион), which was transformed into a gymnasium for the Russian nobility in 1830. The university press, run by Nikolay Novikov in the 1780s, published the most popular newspaper in Imperial Russia — Moskovskie Vedomosti.

In 1804, medical education was split into Clinical (therapy), Surgical, and Obstetrics faculties. In 1884-1897, the Department of Medicine, supported by private donations, City Hall, and the national government, built an extensive, 1.6 kilometer long, state-of-the-art medical campus in Devichye Pole, between the Garden Ring and Novodevichy Convent. It was designed by Konstantin Bykovsky, with University doctors like Nikolay Sklifosovskiy and Fyodor Erismann acting as consultants. The campus, and medical education in general, were separated from the University in 1918. Devichye Pole is now operated by the independent Moscow Medical Academy and various other state and private institutions.

In 1905, a social-democratic organization was created at the university calling for the tsar to be overthrown and for Russia to be turned into a republic. The Tsarist government repeatedly began closing the university. In 1911, in a protest over the introduction of troops onto the campus and mistreatment of certain professors, 130 scientists and professors resigned en masse, including prominent figures such as Nikolay Dimitrievich Zelinskiy, Pyotr Nikolaevich Lebedev, and Sergei Alekseevich Chaplygin. Thousands of students were also expelled.

After the October Revolution in 1917, the school began allowing the admission of children of the proletariat and peasants, not just those of the well-to-do. In 1919, tuition fees were abolished, and a preparatory facility was created for children of the working class so that they would be able to pass the admission examinations. The political repressions of the 1930s and 1950s severely limited the development of scientific ideas, as Soviet scientists had virtually no contacts with their colleagues abroad. Certain branches of science (e.g. genetics) were condemned for being based on anti-Communist ideologies, and a number of scientists and scholars were sentenced to life imprisonment.

World War II (known in Russia as the Great Patriotic War) was one of the most difficult periods in the history of Russia. University students and staff began to enlist in the army on the third day of fighting. One of the divisions formed out of University volunteers fought defending Moscow.

Many Moscow State University professors, students, and staff were evacuated during the war first to Ashgabat, Turkmenistan, then to Sverdlovsk, returning to Moscow in 1943, after the German troops were defeated near the capital. During the war, over 3,000 specialists were trained at the University. University scientists continued their research, and their contributions to applied science allowed improvements in aircraft development, the accuracy of artillery fire, etc. Also, new explosives were invented, a study of uranium was carried out, a blood coagulant was introduced into medical practice, University geologists discovered tungsten and new oil deposits in Central Asia, and University geographers supplied the Red Army with maps and charts. University lawyers made their contribution during the Nuremberg and Tokyo trials.

During the post-war period, the leading role of Moscow State University in the restoration and further development of the country was fully recognized. There was a fivefold increase in state funding, and a new University campus was built on Vorobievy Gory (Sparrow Hills), where all the lecture halls and laboratories had the most modern equipment available at the time.

After 1991, nine new faculties were established. In 1992, the university was granted a unique status: it is funded directly from the state budget (bypassing the ministry of education), which provides a significant level of independence.

On September 6, 1997, the entire front of the university was used as the backdrop for a concert by French electronic musician Jean Michel Jarre, who had been specially invited to perform there by the mayor of the city. The entire front of the building was used as a giant projection screen, while fireworks, lasers, and searchlights were all launched from various points around the building. The stage was directly in front of the building, and the concert, titled "The Road To The 21st Century" in Russia, but renamed "Oxygen In Moscow" for worldwide video/DVD release, attracted a world record crowd of 3.5 million people.

On March 19, 2008, Russia's most powerful supercomputer to date, the SKIF MSU (Russian: СКИФ МГУ; skif is Russian for "scythian") was launched at the university. Its peak performance is 60 TFLOPS and LINPACK is 47.170 TFLOPS, making it the fastest supercomputer in the CIS.

Since 1953, most of the faculties have been situated on Sparrow Hills, in the southwest of Moscow. The Main building was designed by architect Lev Vladimirovich Rudnev. In the post-war era, Stalin ordered seven huge tiered neoclassic towers to be built around the city. The MSU Main building is by far the largest of these. It was the tallest building in the world outside of New York City at the time of its construction, and remained the tallest building in Europe until 1990. The central tower is 240 m tall, 36 stories high, and flanked by four huge wings of student and faculty accommodations. It is said to contain a total of 33 kilometers of corridors and 5,000 rooms. Facilities available inside the building include a concert hall, a theatre, a museum, various administrative services, a library, a swimming pool, a police station, a post office, a laundry, a hairdresser's salon, several canteens, bank offices and ATMs, shops, cafeterias, a bomb shelter, etc. Along with the university administration, the Museum of Earth Sciences and four of the main faculties - Faculty of Mechanics and Mathematics, the Faculty of Geology, the Faculty of Geography, and the Faculty of Fine and Performing Arts - now reside in the Main building. The star on the top of the tower is large enough to include a small room and a viewing platform; it weighs 12 tons. The building's facades are ornamented with giant clocks, barometers, thermometers, statues, carved wheat sheaves, and Soviet crests (recently renovated). It stands before a terrace featuring statues of male and female students gazing optimistically and confidently into the future.

While the Sparrow Hills were on the outskirts of the city at the time of the construction of the Main building, they are now about halfway from the Kremlin to the city limits. Several other buildings and sports facilities were later added to the campus, including the only baseball stadium in Russia. Currently, a new building is under construction for the social sciences faculties, and a vast new facility has just been built for the library, which is the second largest in Russia by volume (number of books). The university also has several dormitory buildings in the southwest of Moscow, outside the campus.

As of September 2009, the university has 39 faculties and 14 research centers. The number of small faculties have been opened in a recent time, such as Faculty of Physics and Chemistry and Higher School of Television. Here is the full list of faculties, according to the official web-site:

Moscow State University has produced 5 Nobel laureates, 4 Fields Medal winners, as well as a number of writers, philosophers, politicians, and Heads of state. The university is alma mater for the famous writers of XIX century, such as Anton Chekhov and Ivan Turgenev, mathematicians and physicists of XX century, such as Andrey Kolmogorov and Pyotr Kapitsa.

GarikTravels
The oldest Russian University. Named in in honor of its founder, Mikhail Lomonosov. The main building is one of the "Seven Sisters" (group of Moscow skyscrapers in the Stalinist style).

Ksenia Ustrimova
Please, don't forget that the visitors are allowed to enter only with their ID card and huge amount of security procedures. We're not glad to see some unwanted persons, they often get killed here.

Manu Veth
Come for a visit the grounds are amazing.

Ksenia Ustrimova
Q branch. We always have an escape plan. Sometimes, 007 stops here to have a cup of Earl Grey. And yes, in such situations trigger has to be pulled.

Ksenia Ustrimova
Sometimes you have to work hard. Even if there's no Internet connection at all. So, if you plan to visit our cave, you need to bring gadgets with you.

The Grand Sports Arena of the Luzhniki Olympic Complex

One World Trade Center, also known by its nickname and former name

One Beacon Court (also called the Bloomberg Tower), is a skyscraper on

D1 (meaning Dubai Number One) is an 80-floor residential skyscraper

Maintower is a 200 metre (656 foot) skyscraper in Frankfurt am Main, 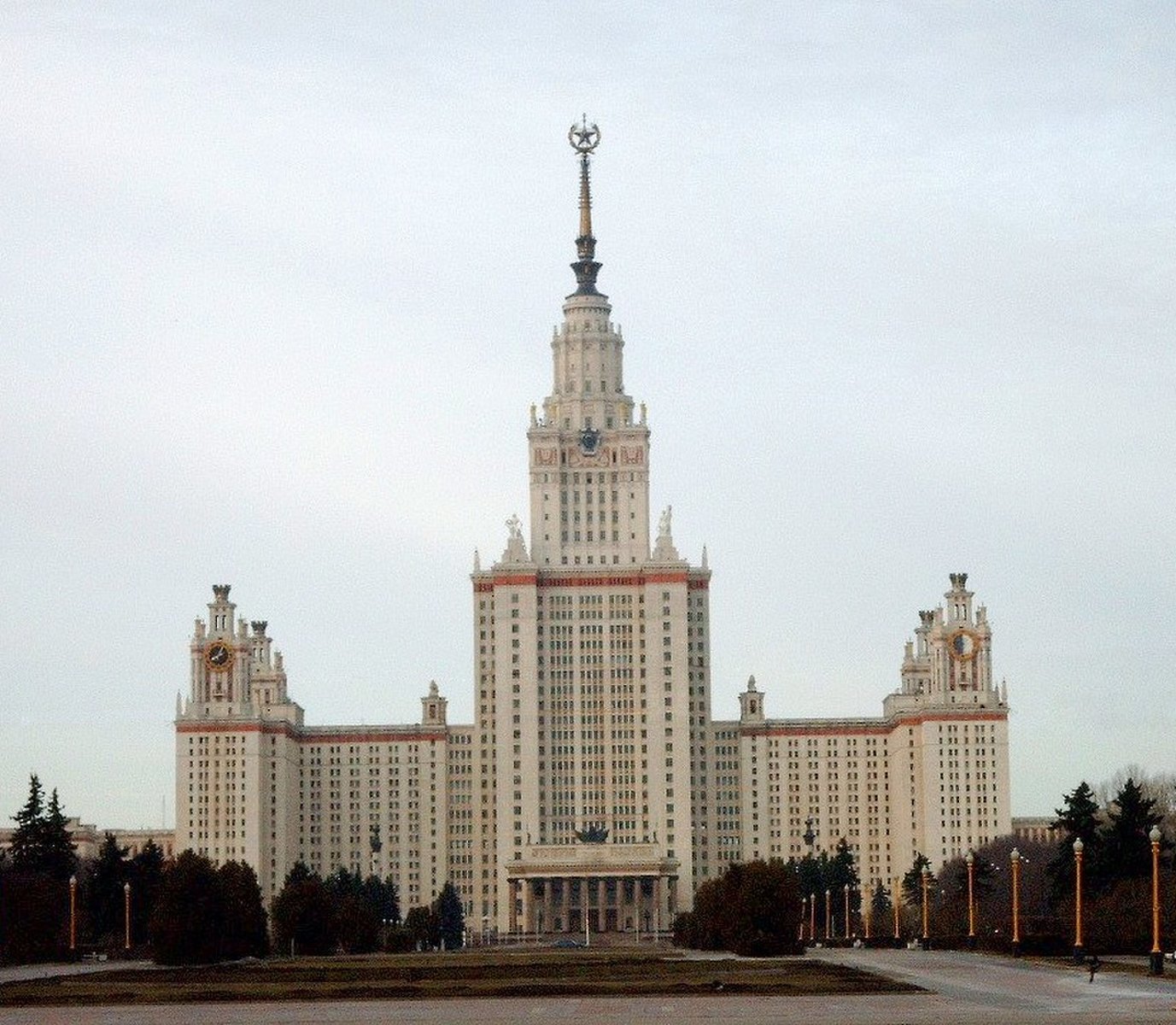 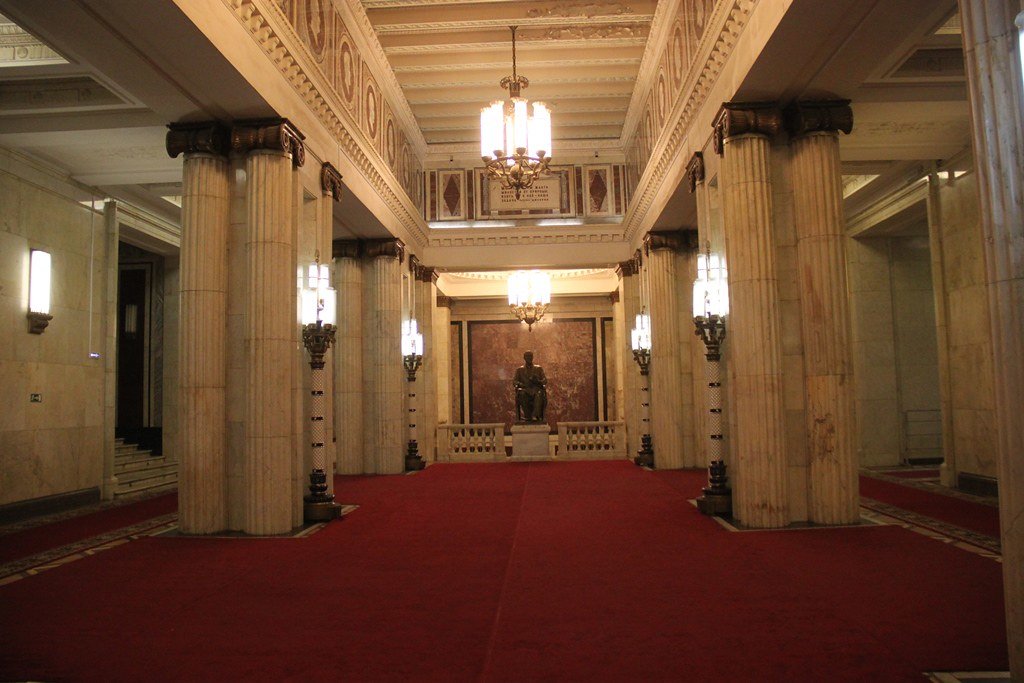 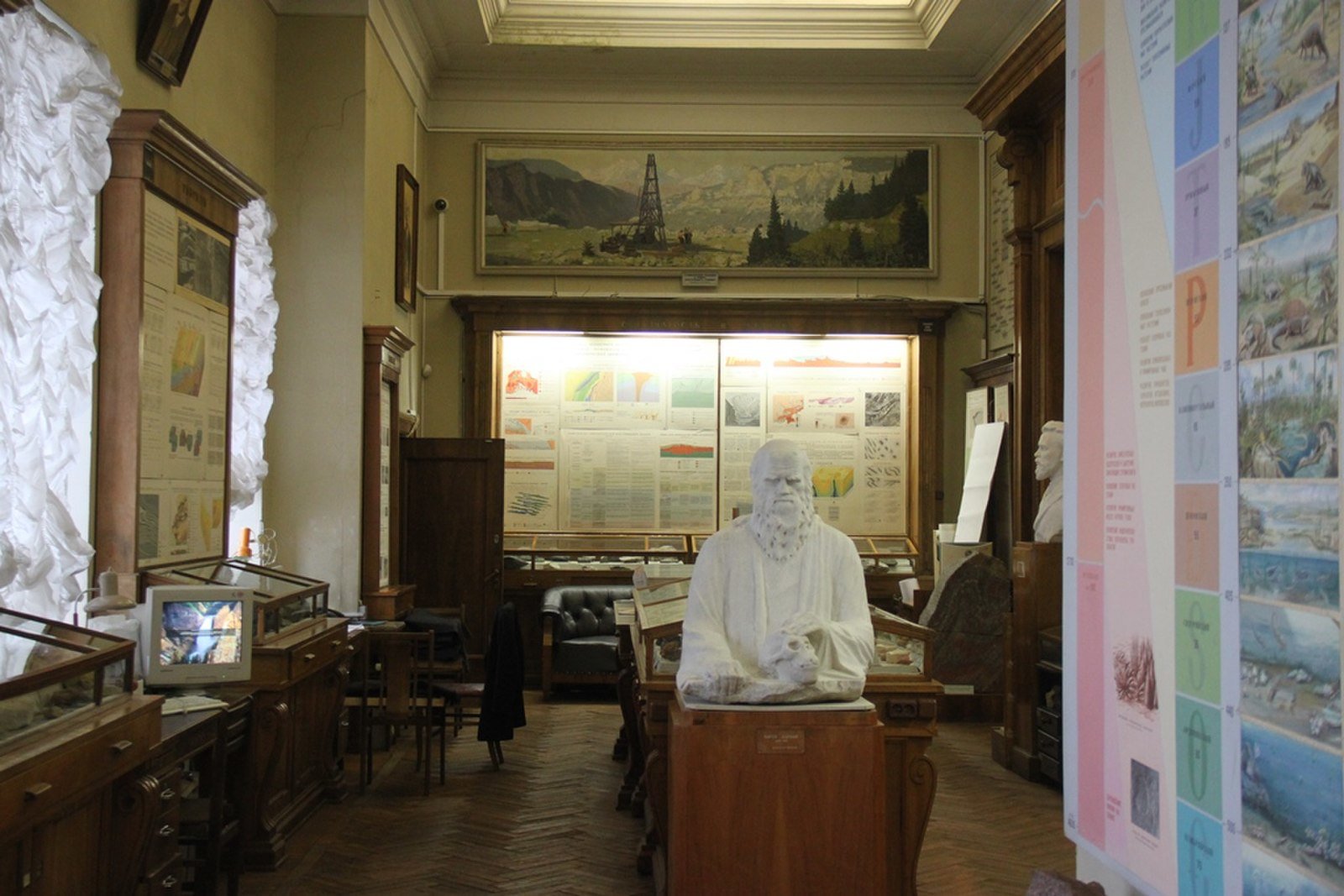 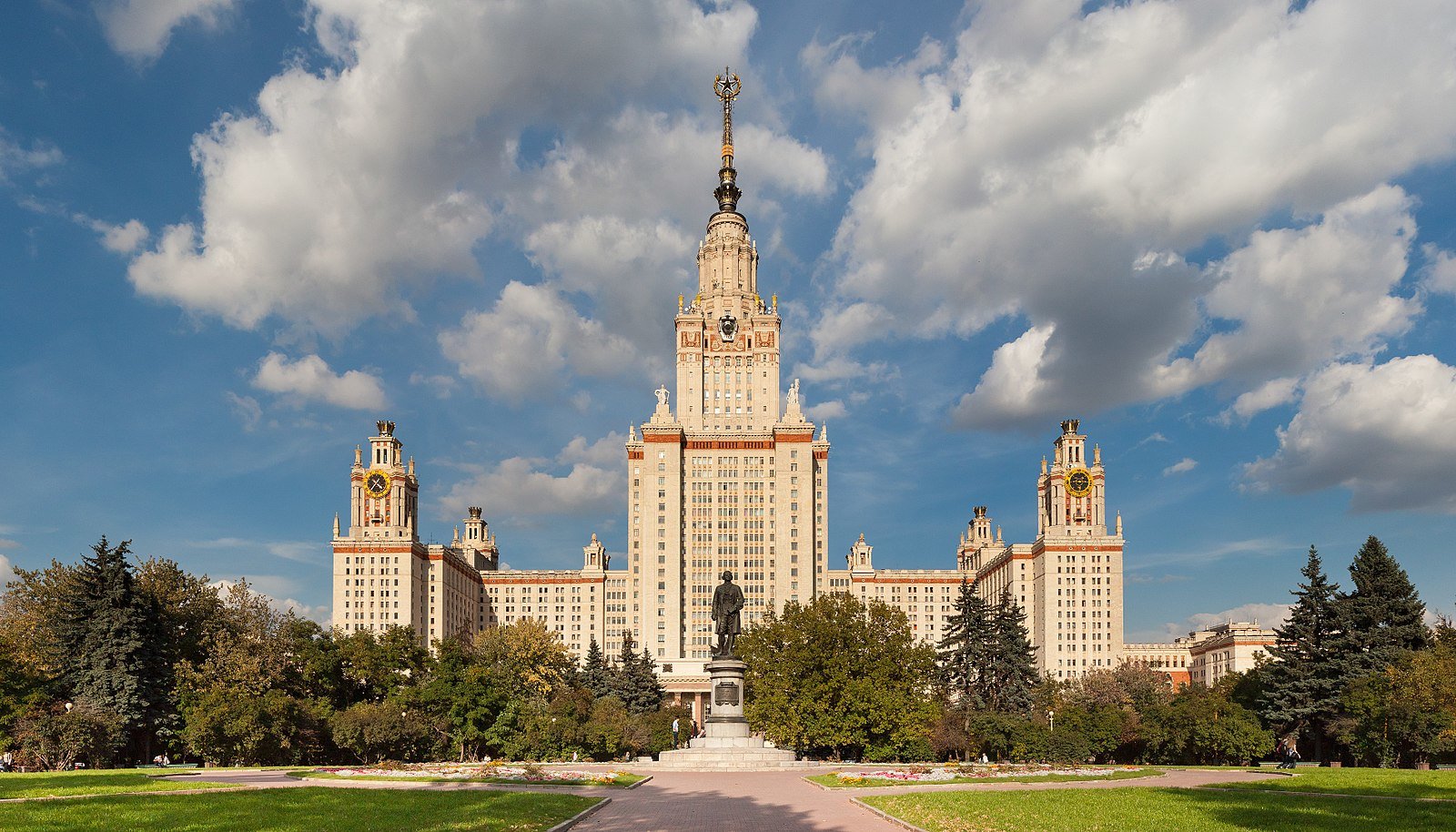 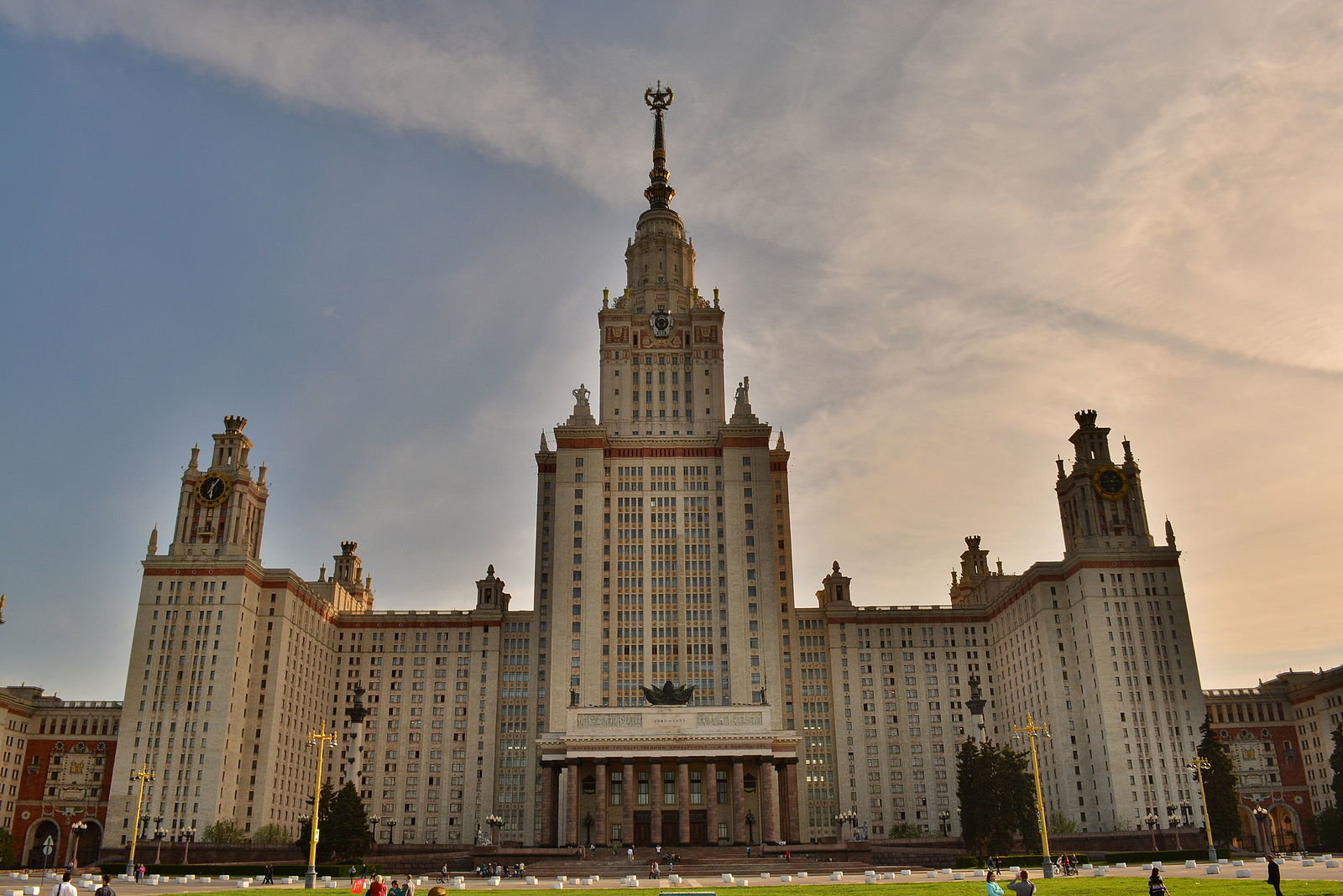 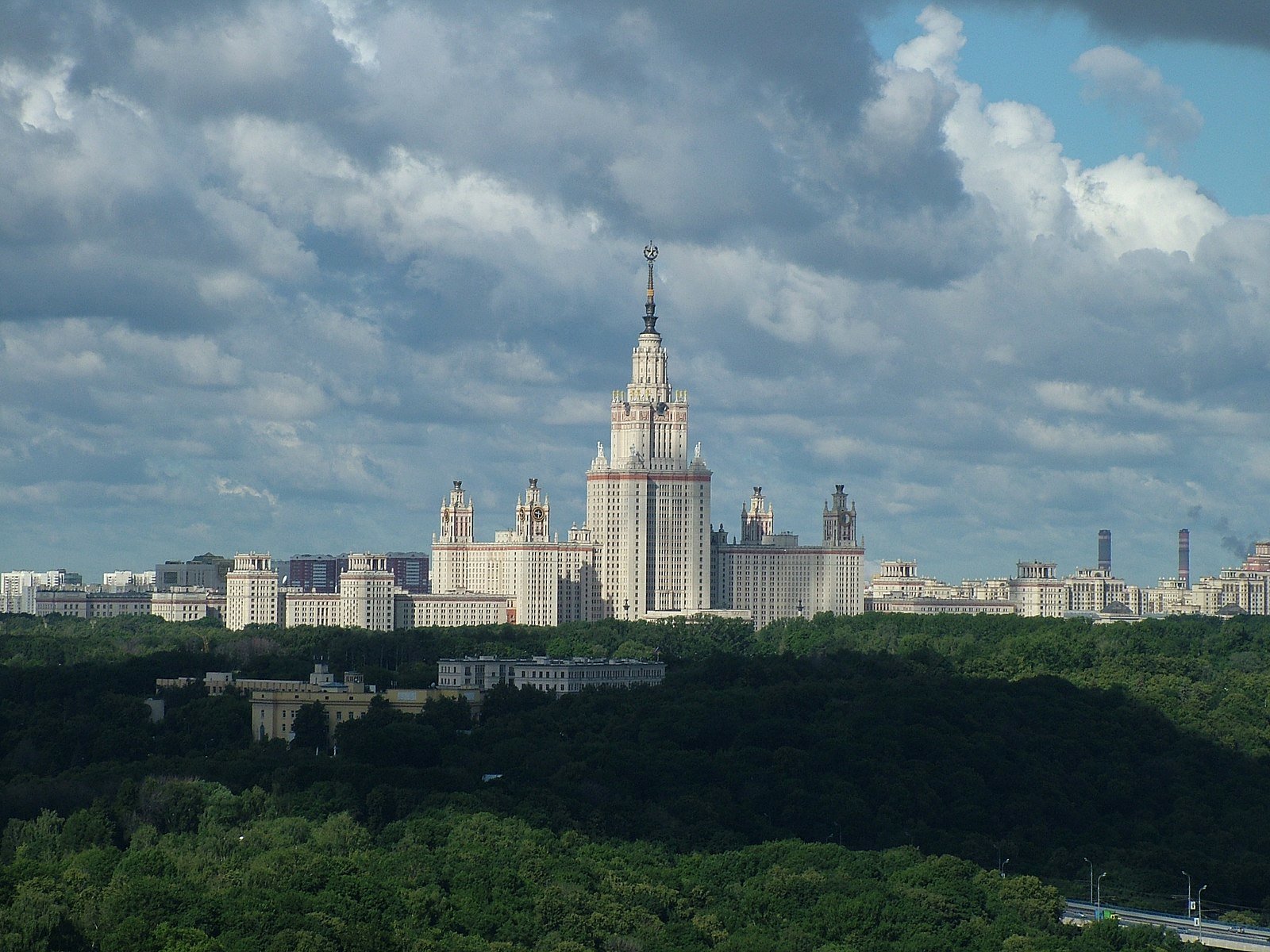 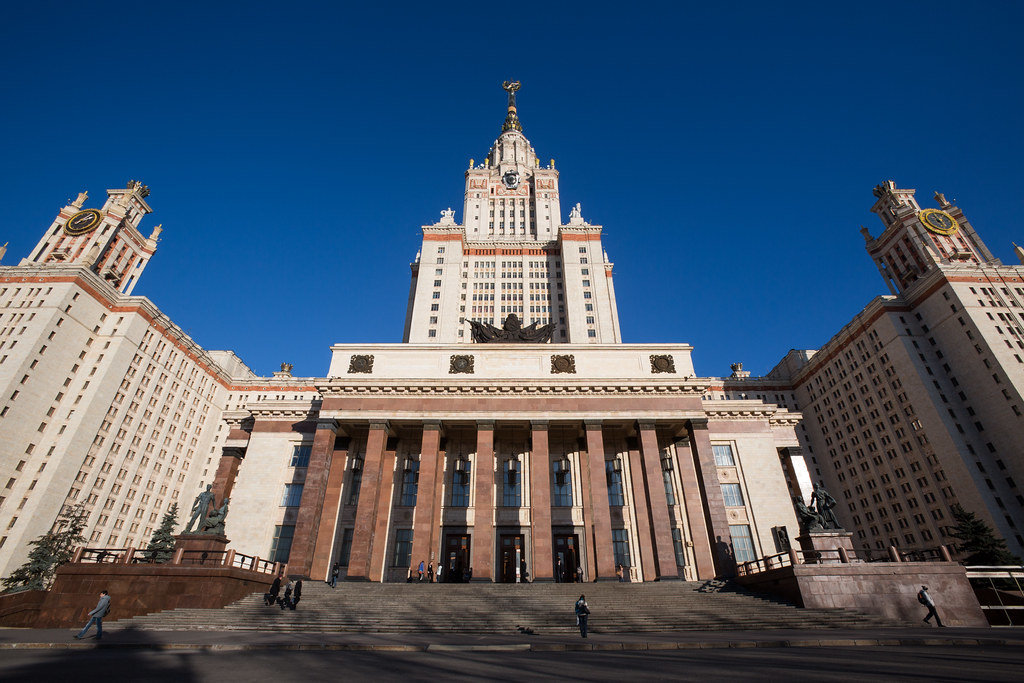 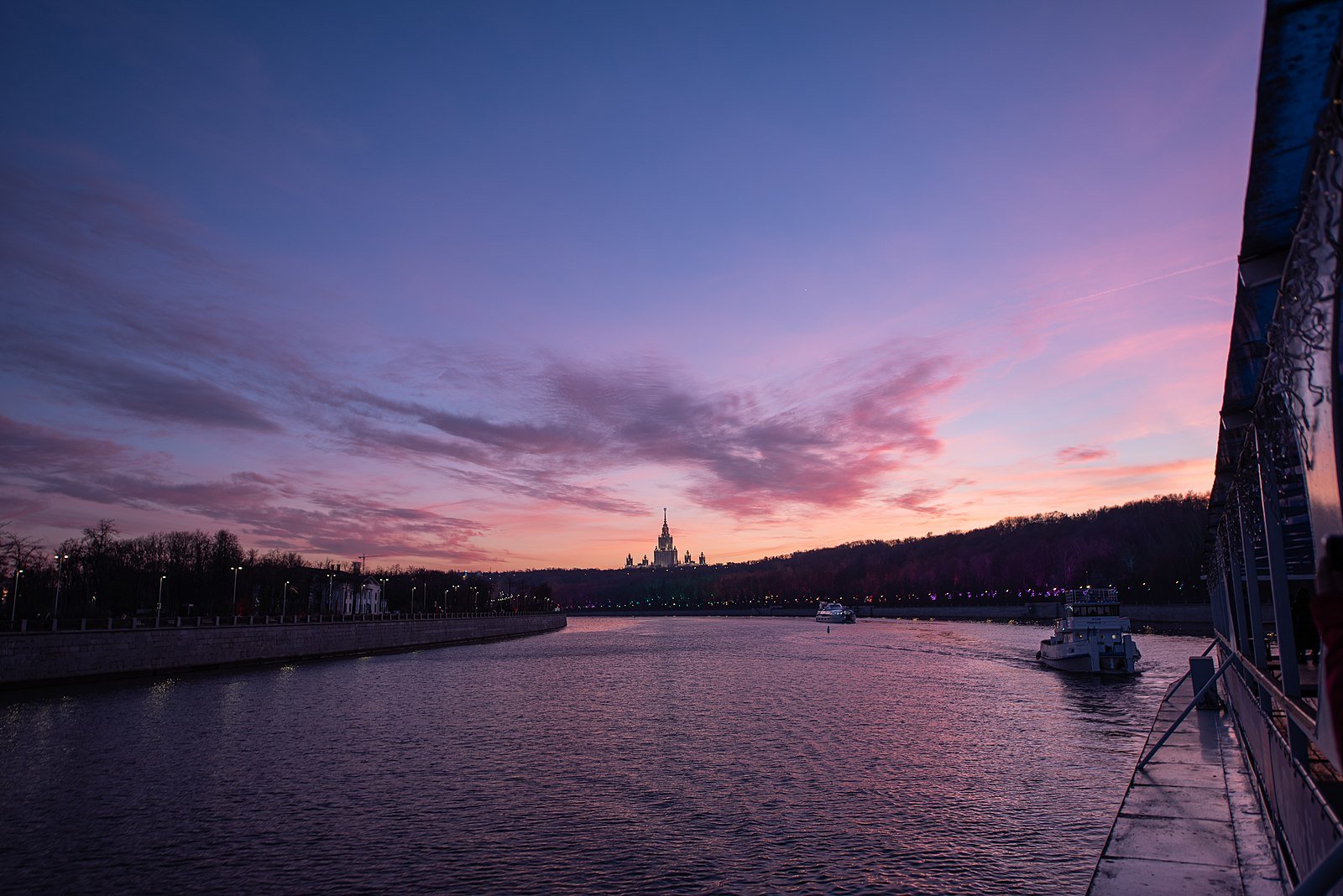 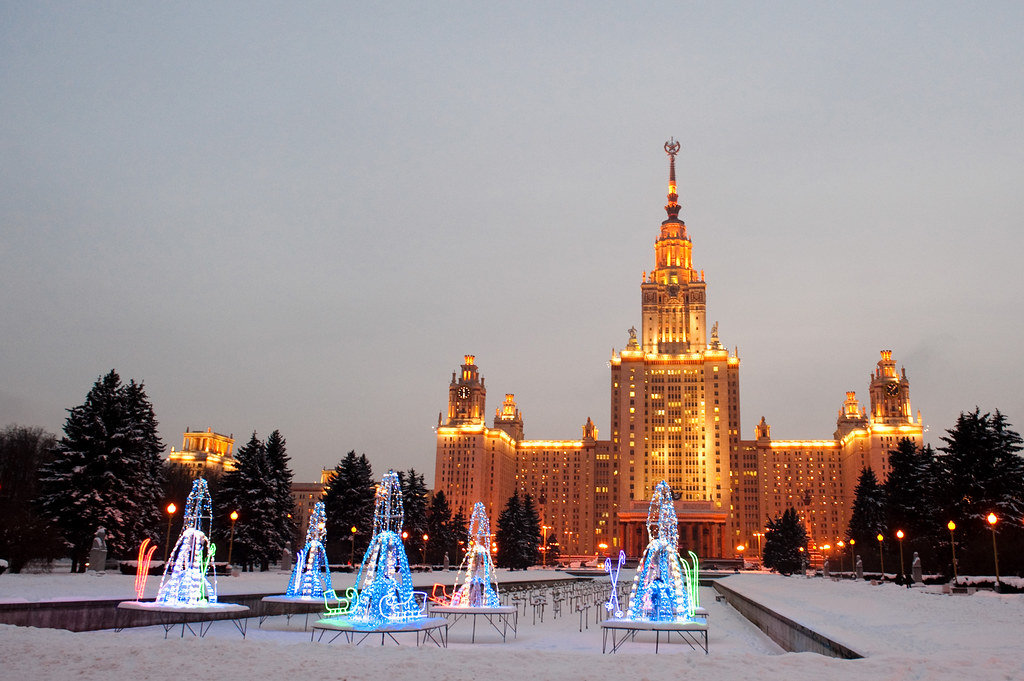 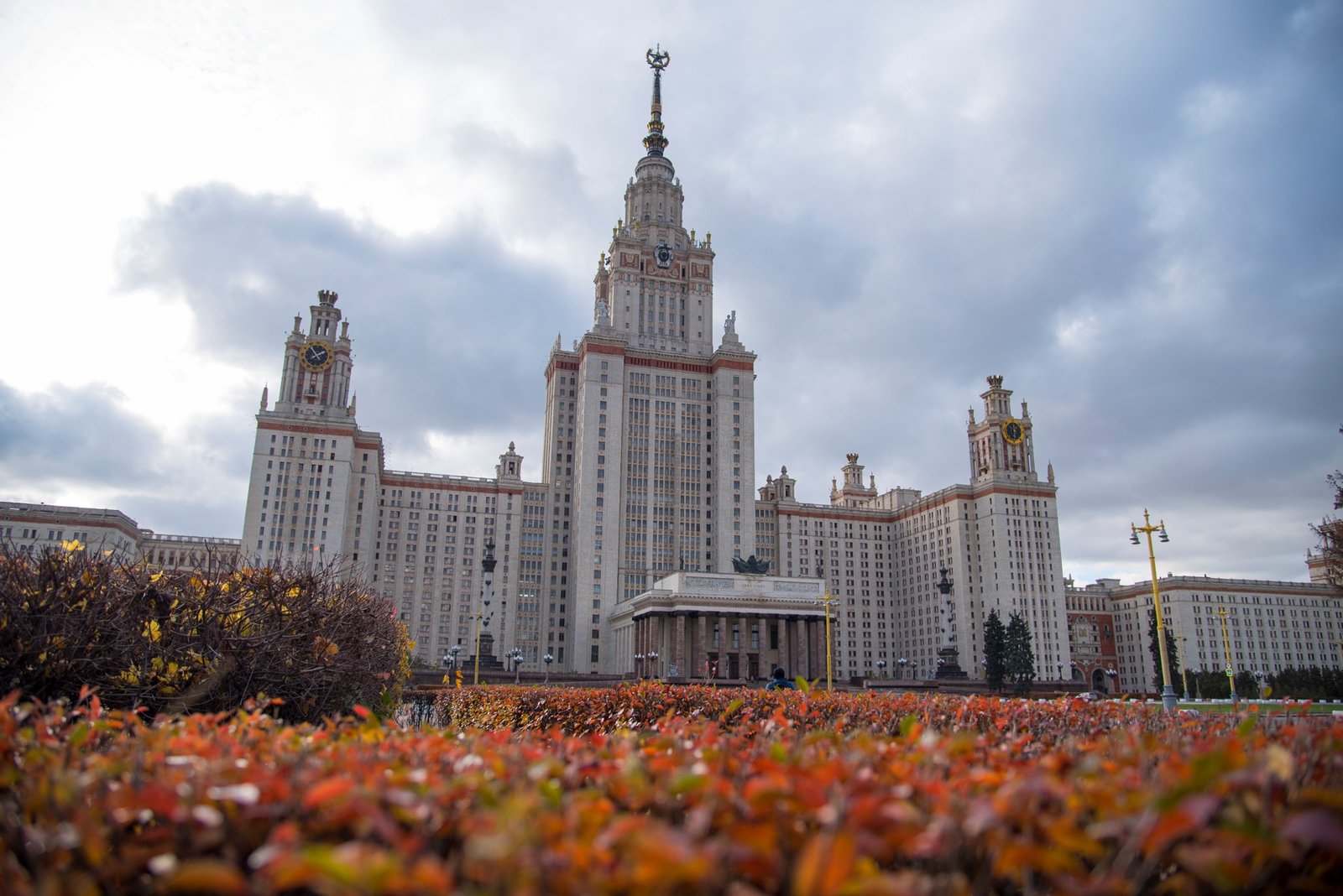 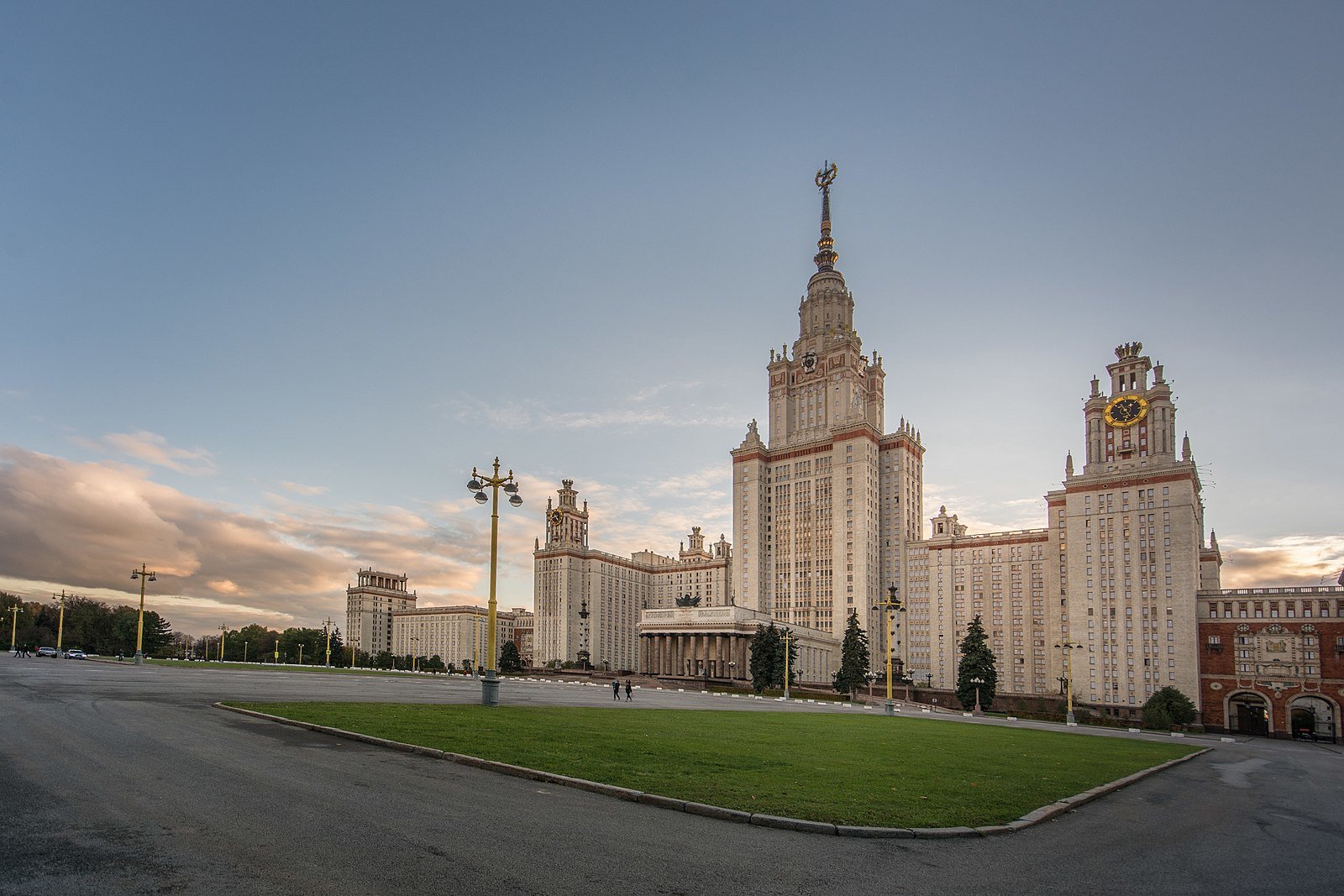 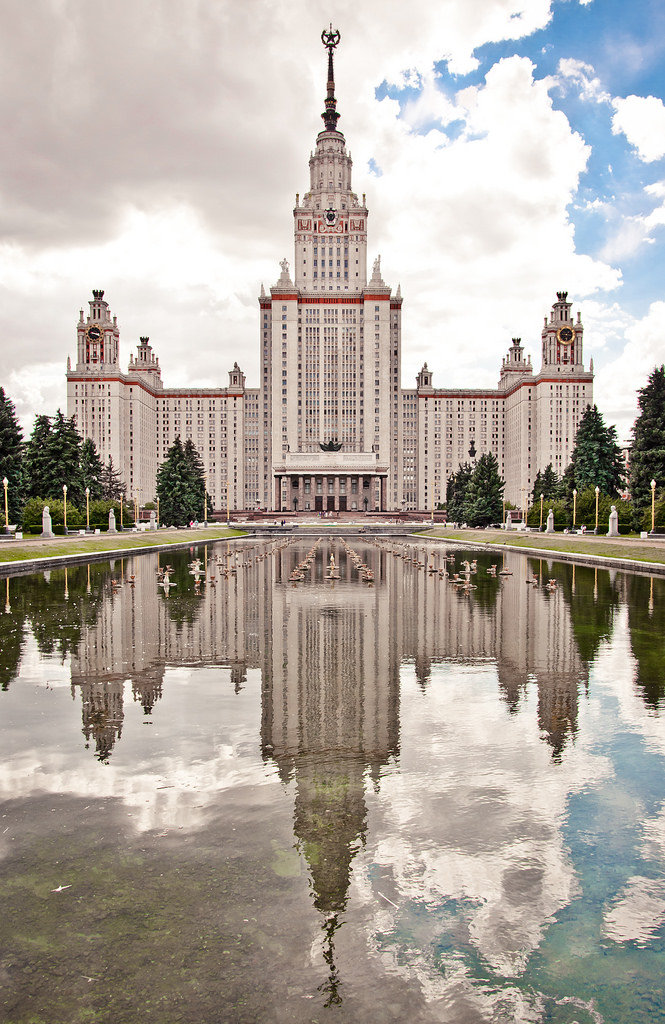 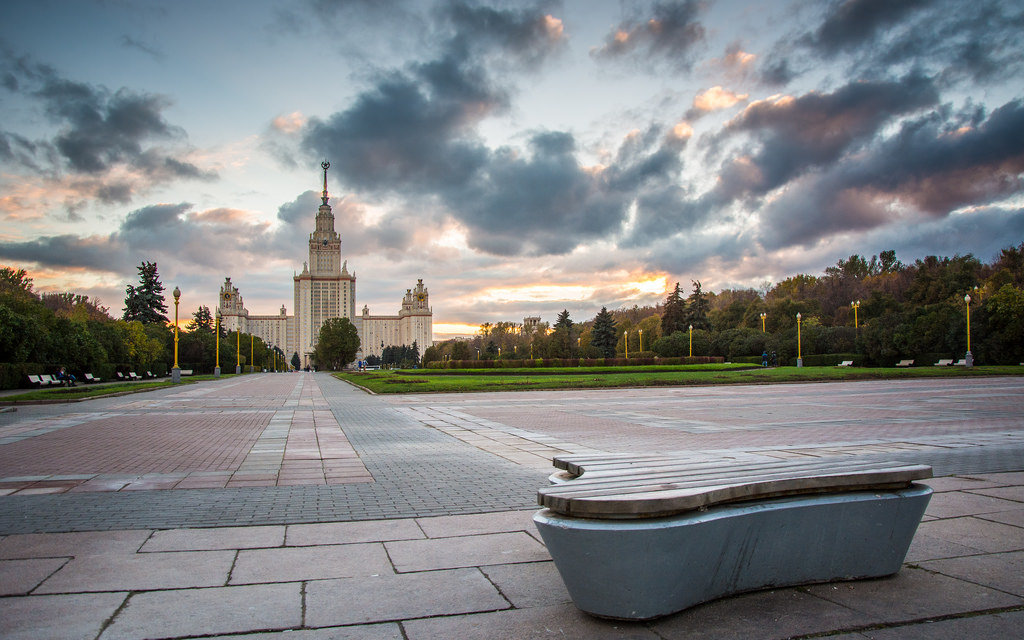 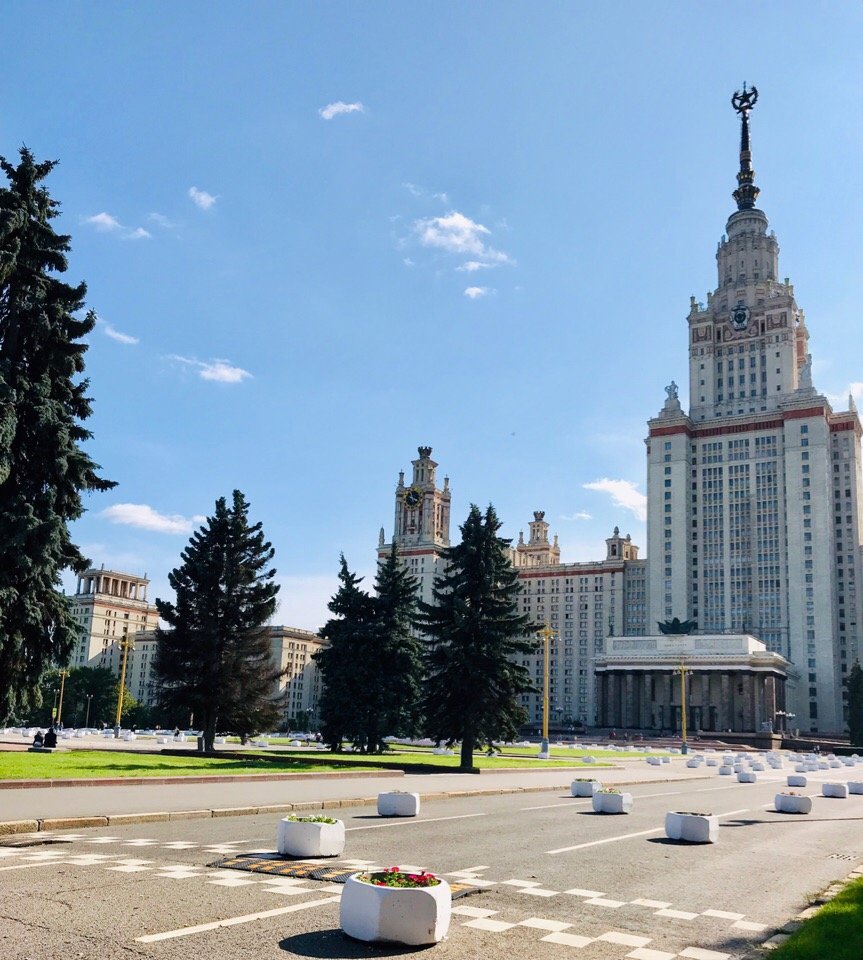 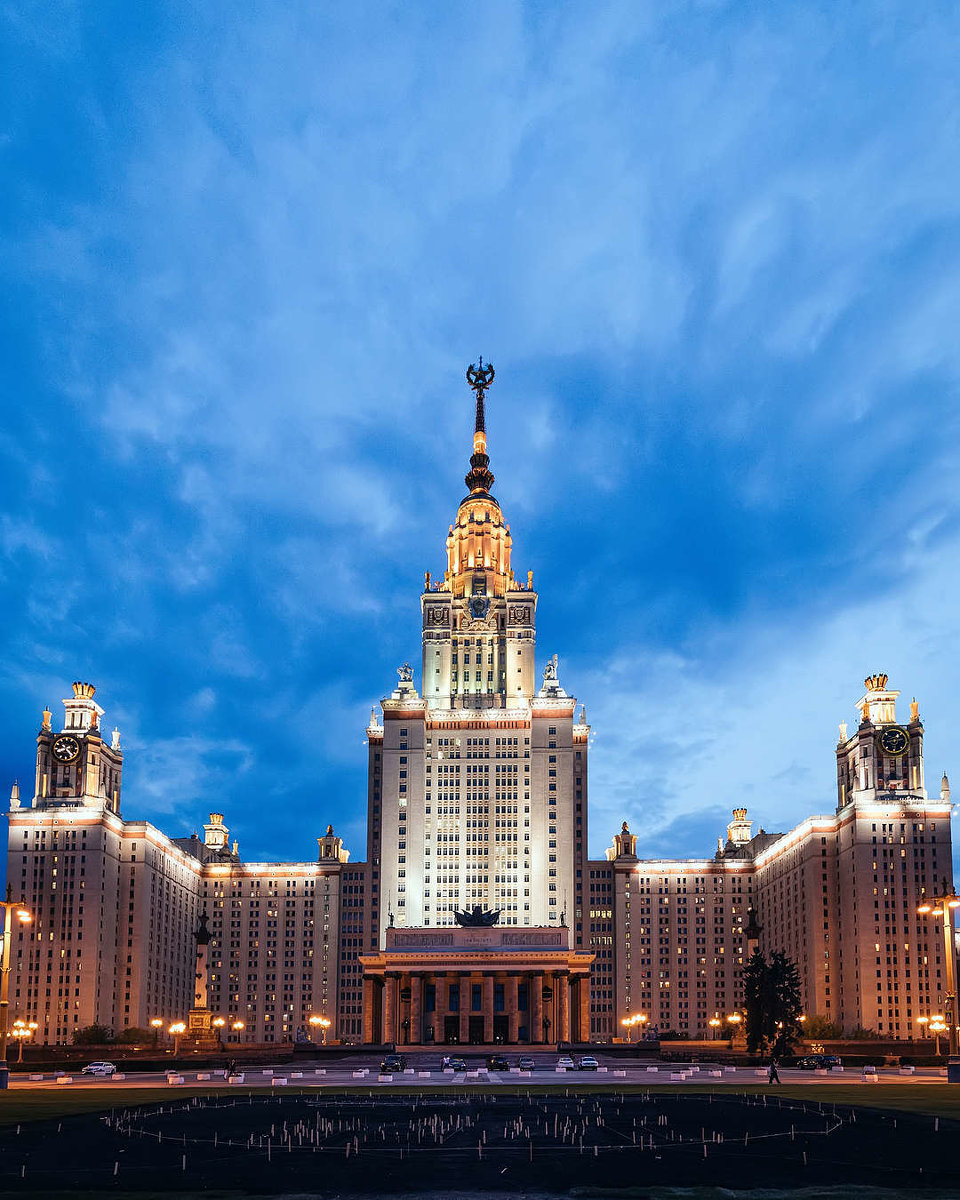 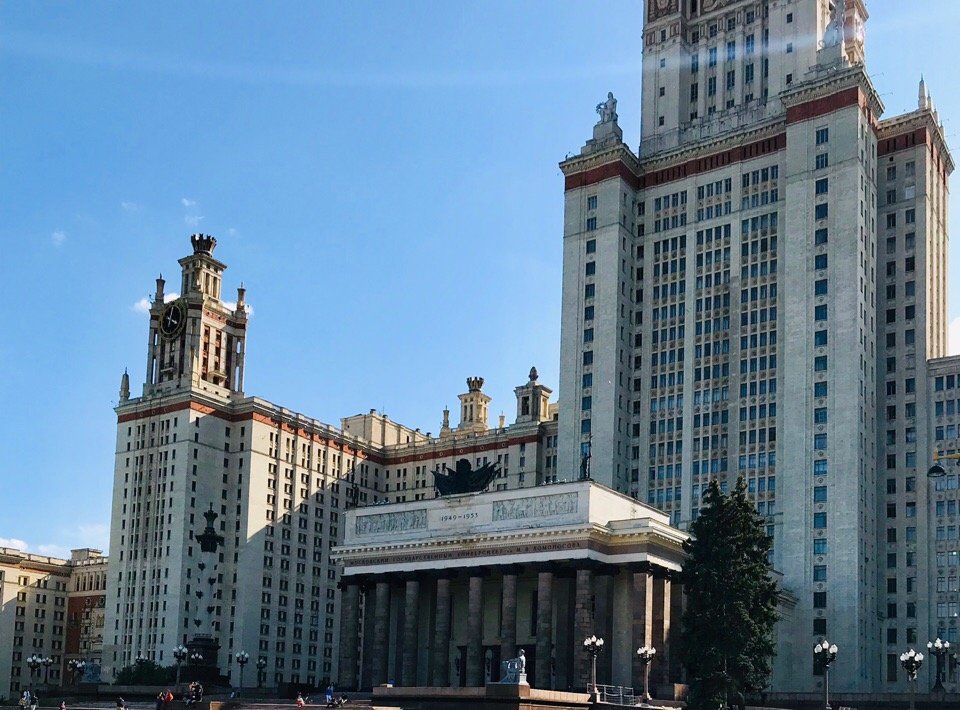 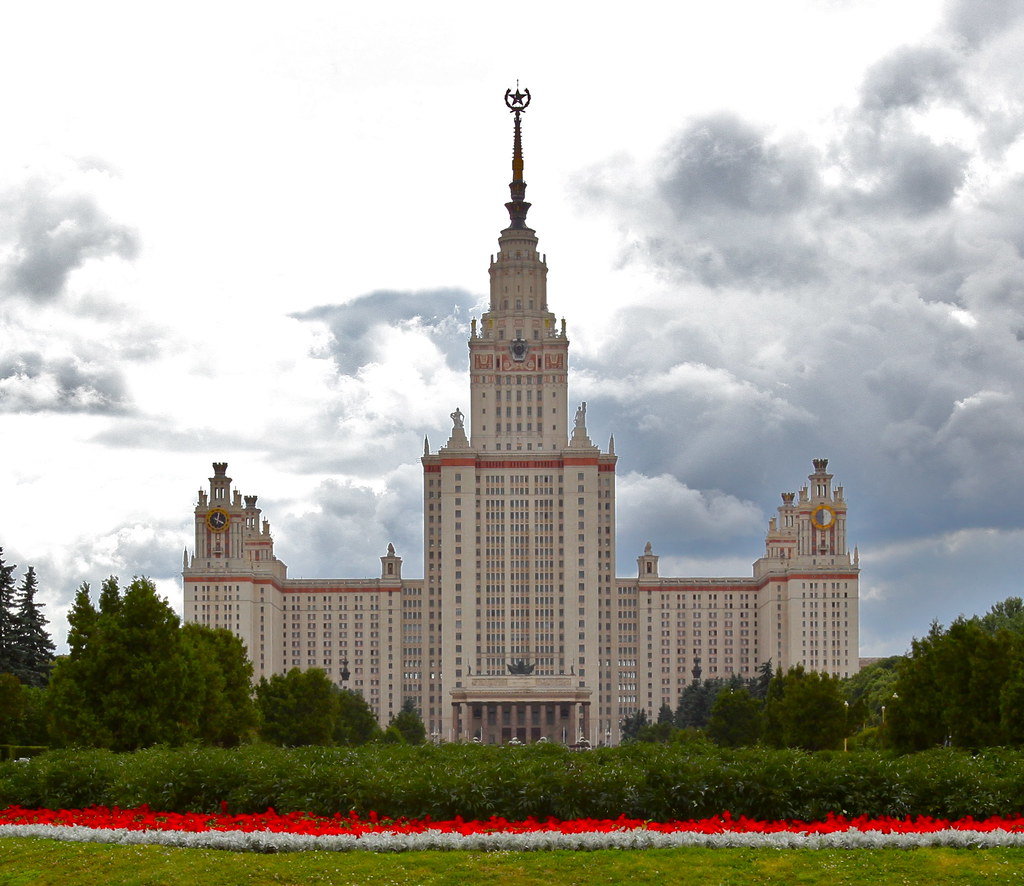 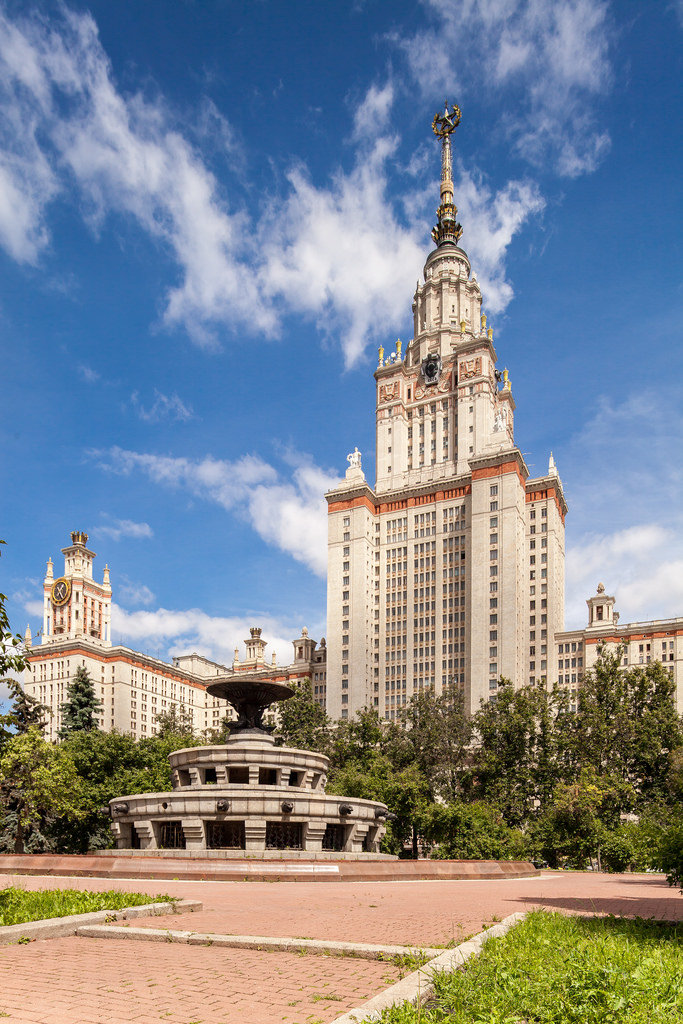 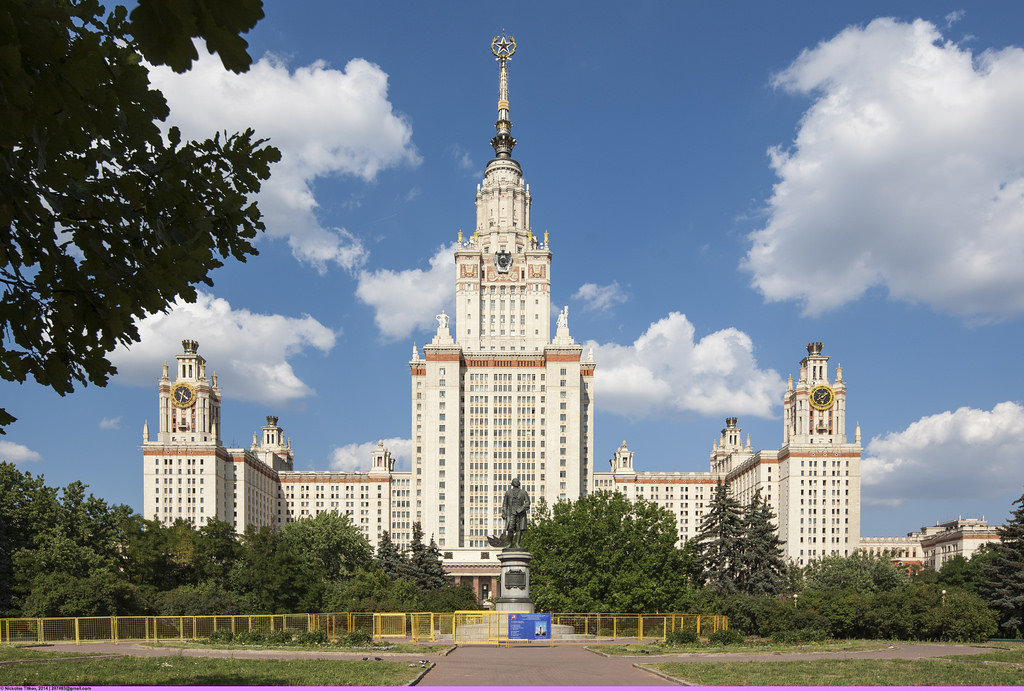 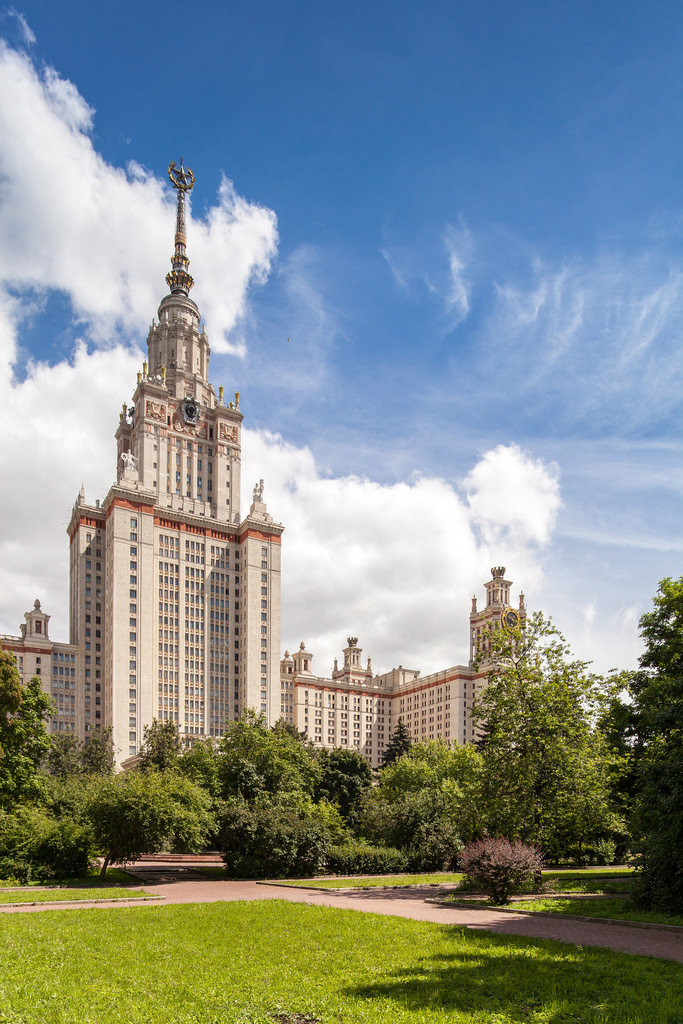 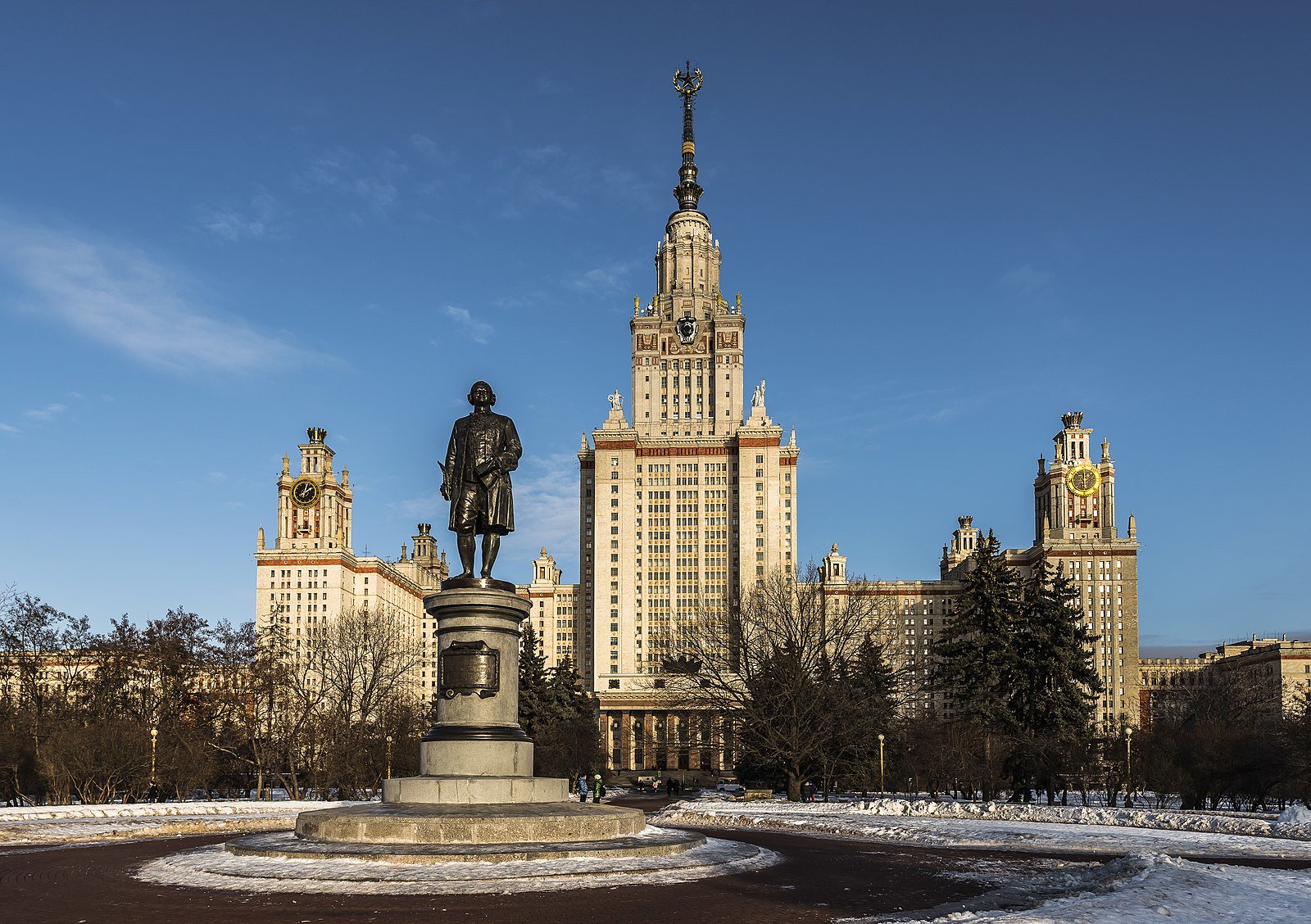