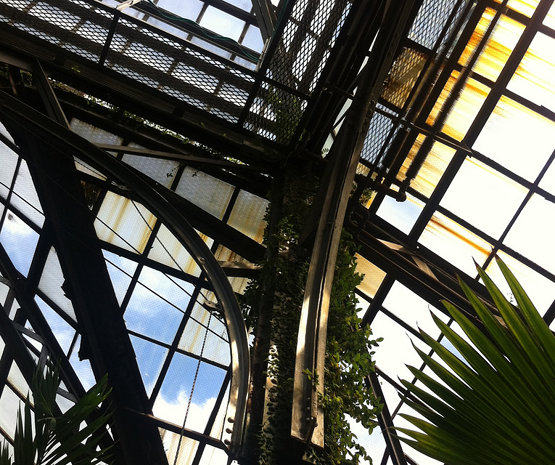 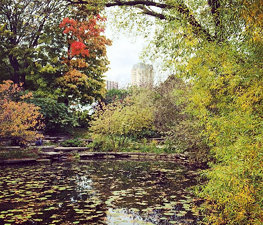 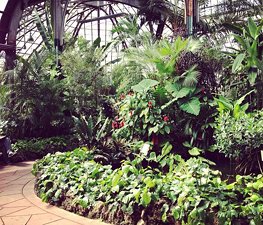 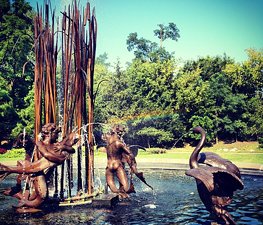 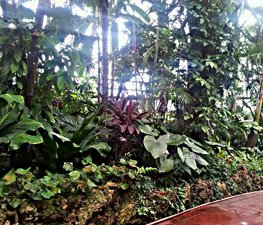 A greenhouse and adjacent gardens were begun at this site in the 1870s and the present conservatory was built in 1890-95.

Conservatories were originally benevolent establishments attached to hospitals or other charitable or religious institutions. They provided plants and organisms for medicinal use and research. Nineteenth-century city dwellers, concerned with the ill effects of growing industrialization, became fascinated with horticulture. In Chicago, three park commissions were organized in 1869 and, by 1895, Chicago had five conservatories

The Lincoln Park Commission established a greenhouse at the Lincoln Park site in 1877 and planted an adjacent formal garden in 1880. With the Industrial Revolution, architects in both the U.S. and Europe began to use glass and iron in construction. Nationally renowned architect Joseph Lyman Silsbee designed the Victorian conservatory in collaboration with another Chicago architect, Mifflin E. Bell. They created a glass building that would support "a luxuriant tropical growth, blending the whole into a natural grouping of Nature's loveliest forms". Silsbee gave the conservatory an exotic form by creating a series of trusses in the shape of ogee arches.

Today's conservatory was built in stages from 1890-1895. It consists of a vestibule, four display halls and fifteen propagating and growing houses. The vestibule and Palm House were built and opened to the public in 1892 and contain giant palms and rubber trees, including a 15 m (50 ft) fiddle-leaf rubber tree planted in 1891. In the Palm House, one can also find Garden Figure, a sculpture by Frederick Hibbard. The Fern Room or Fernery, approximately five and a half feet below grade, was opened in 1895. It contains plants of the forest floor, primarily a vast collection of ferns. The Tropical Room was originally called the stove house. Opened in 1895, it contained an assortment of tropical plants suspended from bark-covered walls. It is now called the Orchid Room and has a collection of approximately 25,000 natural species. The Display House is used for seasonal flower exhibits.

Throughout the long history of the conservatory, there has been an important relationship between the structure and its surrounding landscape. Twelve beds of colorful summer annuals and tropical plants surround Storks at Play, also known as the Eli Bates Fountain, by sculptors Augustus St. Gaudens and Frederick MacMonnies. This large formal garden is located just south of the Lincoln Park Conservatory. Called the Great Garden, it is one of the oldest public gardens in Chicago and pre-dates the present conservatory by 20 years. The Lincoln Park Commission installed the fountain in 1886Шаблон:Ndash87. Its design was chosen by Chicago's Lincoln Memorial Fund over those of four others submitted during an 1883 competition.

The Schiller Monument, at the south end of the garden, is a copy of an original monument to German poet Friedrich Schiller. It was cast in Stuttgart, Germany and erected in 1886 by a group known as Chicago Citizens of German Descent.Шаблон:Citation needed The original work is regarded as the masterpiece of its sculptor, Ernst Bildhauer Rau.Шаблон:Citation needed To the west, the William Shakespeare Monument by William Ordway Partridge sits in an old English garden. Installed in 1894, it was purchased through a bequest from Samuel Johnston, a Chicago real estate and railway tycoon.

The Lincoln Park Conservatory underwent major alterations in 1925. The original terrace and the front vestibule were removed and the entryway's original gabled roof was replaced with the bell-shaped roof that exists today. A new and expanded lobby space was constructed. The front of the conservatory was altered and expanded again in 1954 to provide public washrooms and create a solid entryway vestibule.

Claire Watkiss
Such a fun and artsy place to visit. Super close to the zoo as well. Very humid inside but totally worth it. It is bigger on the inside than you would think! So many cool plants and flowers to see!!!

AFAR Media
Remains one of the hidden gems of the Windy City. It has been referred to as a botanical goldmine, and is equally entertaining for adults and children alike. This place is indeed one wicked garden.

Jonathan Ferrera
It is a great place to warm up when it's cold outside, especially the fern room. The plants are so beautiful and it is very relaxing to take a short stroll around the main room.

AFAR Media
Has multiple rooms each with their own mini ecosystem. There is the fern room with sounds of birds chirping and an orchid room where flowers grow from the ground and float from the sky.

Time Out Chicago
Chicago can feel pretty tropical, or at least humid, in summer, but if you want to check out some real tropical plant life, the Lincoln Park Conservatory offers a lush sanctuary from city life. -MN

Time Out Chicago
Chicago can feel pretty tropical, or at least humid, in summer, but if you want to check out some real tropical plant life, the Lincoln Park Conservatory offers a lush sanctuary from city life.
Load more comments
foursquare.com
8.8/10
Fleecy Wolf and 47,322 more people have been here
I've been here
Add to wishlist

Wicker Park is a 4.03 acre public urban park in the Wicker Park 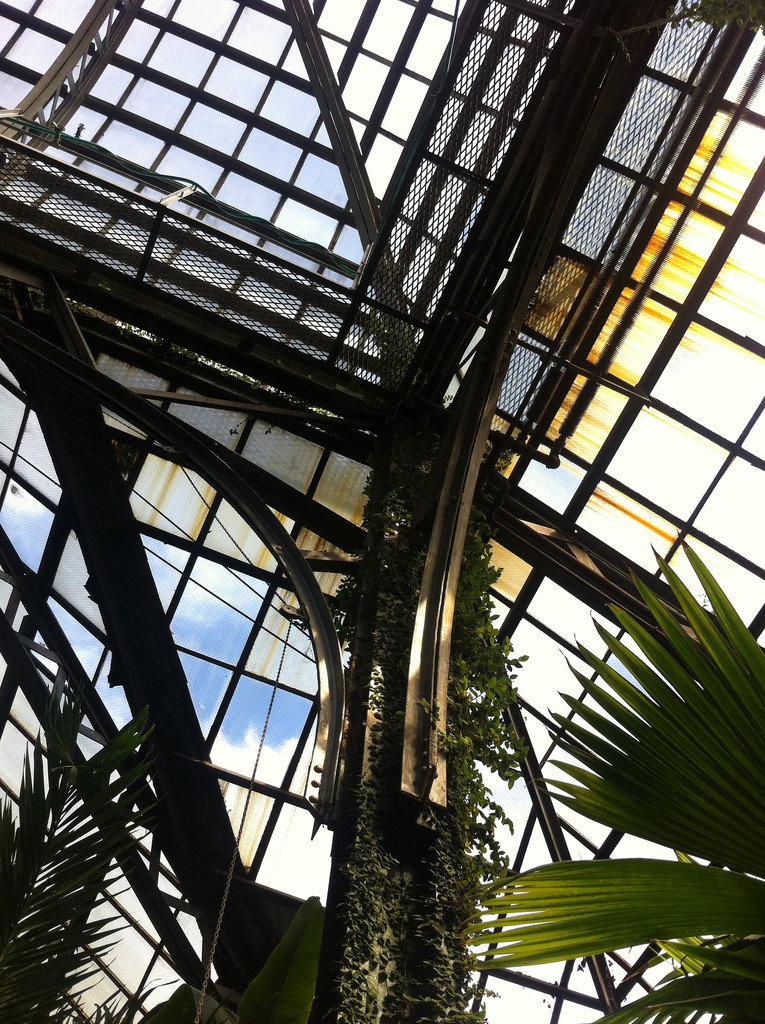 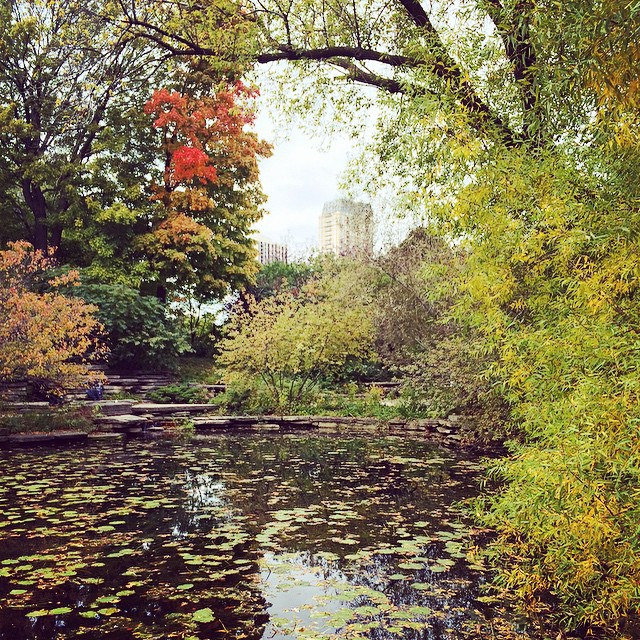 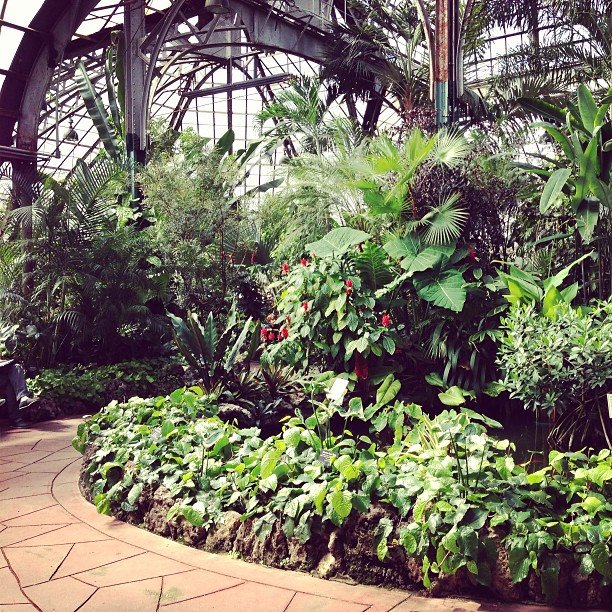 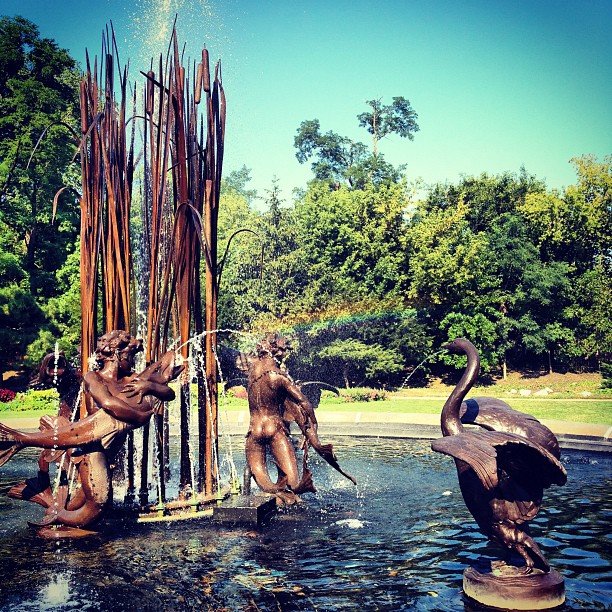 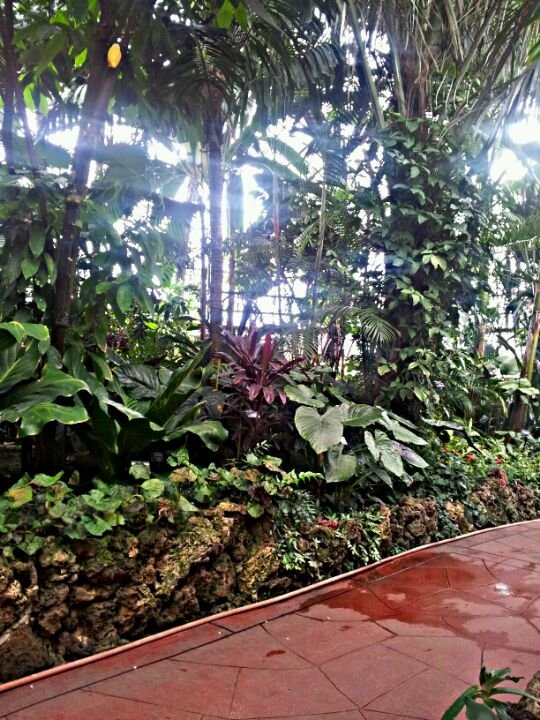 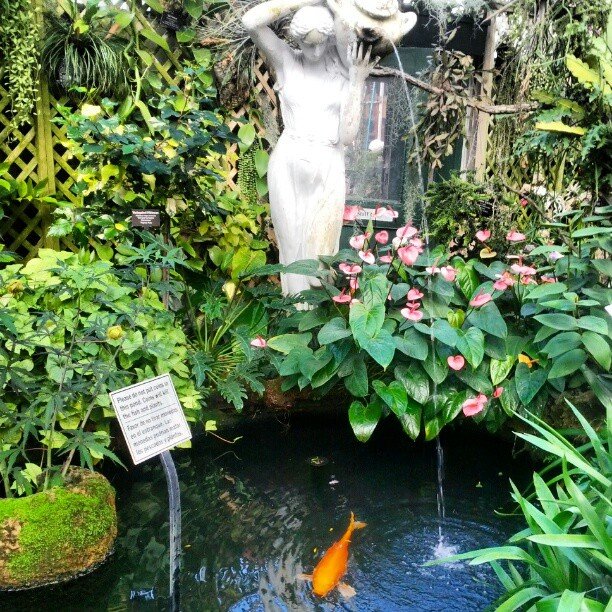