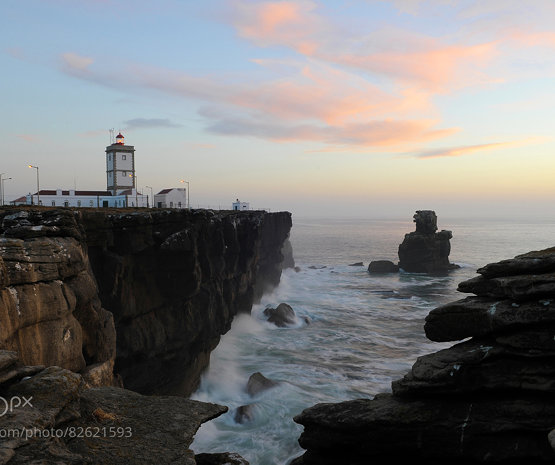 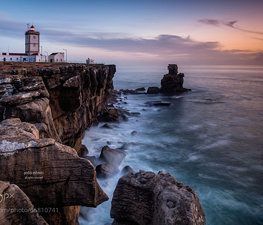 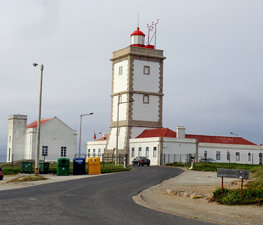 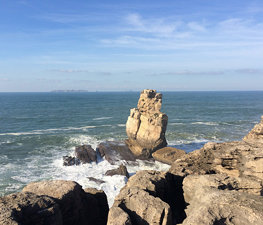 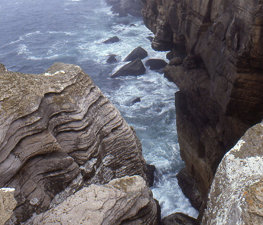 The Lighthouse of Cabo Carvoeiro (Portuguese: Farol de Cabo Carvoeiro) is an active lighthouse in the civil parish of Peniche, municipality of the same name, in the Portuguese district of Leiria.

On 1 February 1758, the lighthouse was ordered constructed by regal charter. Cabo Carvoeiro is a prominent cape along the southern Portuguese coast, with a coastal beacon operating for four centuries from the promontory, first from the chapel of Nossa Senhora de Vitória (before it was demolished).

The first purpose-built structure was a 21 metres (69 ft) tall lighthouse that started to operate in 1790, but identified as inadequate by an 1881 commission. In 1865, the lighthouse was described in this form:

The lighthouse — © Pedro Esteves / 500px @ 500px
...it is found at an elevation of 55.52 metres. The light is white and fixed, produced by sixteen Argand with parabolic reflectors. The range exceeds about 9 miles. The lantern where this mechanism was installed has a 8.24 metre height and eight faces with a width of 1.67 metre...The building where the lantern is a rectangular tower, is constructed of masonry with cornerstones. Alongside the tower are lodgings for lighthouse keepers, offices and pantries e, linking theses buildings is a church in ruins (called the Church of Nossa Senhora da Vitória, over which there used to be a light, to guide navigators before the lighthouse existed). The power source was olive oil.

But, by 1886, it was completely remodelled, under the direction and project of Polycarpo Lima. This included the installation of a petrol lamp to illuminate the beacon.

In 1923 the fixture was substituted for a giant fourth-order optical lens, and operated by clockwork mechanical system, resulting in a system of four red flashes, separated in 10 seconds intervals.

By 1952, the beacon began to operate by electricity.

The lighthouse required large modifications by 1981, in order to receive a new lens, as indicated by reports of the Comissão de Faróis e Balizas (Lighthouse and Beacons Commission). The General Plan projected had a white third-order light that could illuminate a 315º range and support a 17 miles (27 km) range. A red beacon was substituted when the lighthouse along Cabo Mondego was not changed, maintaining a fixed white lamp, then groups of two clarions. By 1988, the lighthouse was automated, with the optics removed and its place replaced by a PRB46 rotating panel, that emitted three, red flashes, with 15 second interval and 15 nautical miles (28 km) range. Its contemporary role is much less important, with the red beacon being used to guide ships on their approach to the nearby fishing port of Peniche.

Building constructed to assist maritime navigation that included a permanent residence for the lighthouse keeper, the lighthouse is situated 3 kilometres (1.9 mi) from the Peniche waterfront over a promontory.

Coastal lighthouse with a 27 metres (89 ft) high prismatic tower, it was constructed with cornerstones and parapets painted in white, alongside a rectangular annex building. The robust square cylindrical stone tower with lantern and fog horn (one 10 second blast every 35 seconds) and gallery rises from the base of a U-shaped one-story keeper's complex. The buildings are painted white with unpainted stone trim while the lantern painted red.

Faina Rodionovna
Romantic and scary at the same time. Must visit.

Bruno Cadete
The view is amazing!

The Peniche Fortress is located in the municipality of Peniche in

The Fort of São João Baptista das Berlengas, or simply known as the F

Add to wishlist
I've been here
Visited
Castle of Óbidos

The Castle of Óbidos (Portuguese: Castelo de Óbidos) is a w

Add to wishlist
I've been here
Visited
Fort of Olheiros

The Fort of São Vicente (St. Vincent) is located in the town and 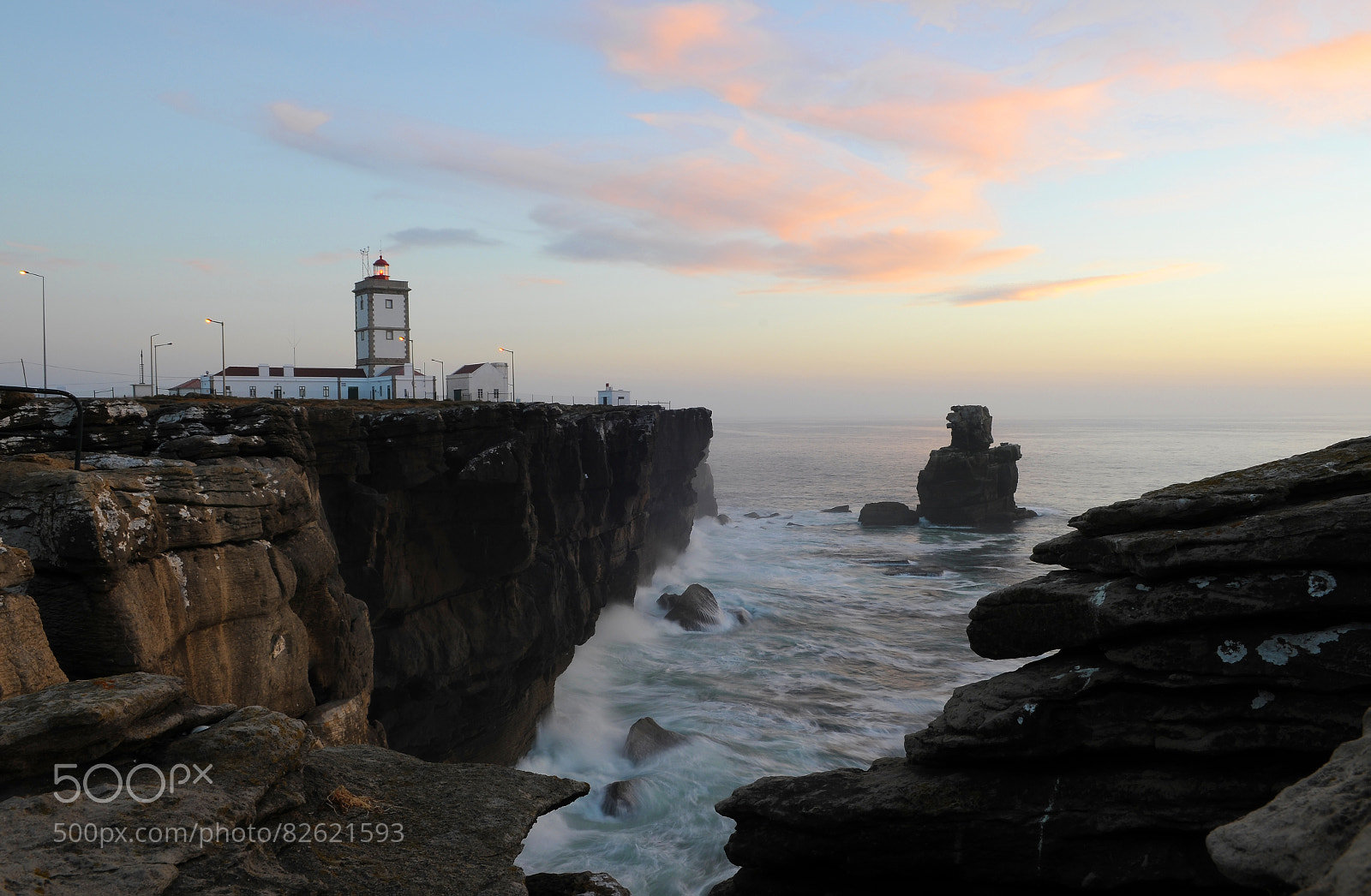 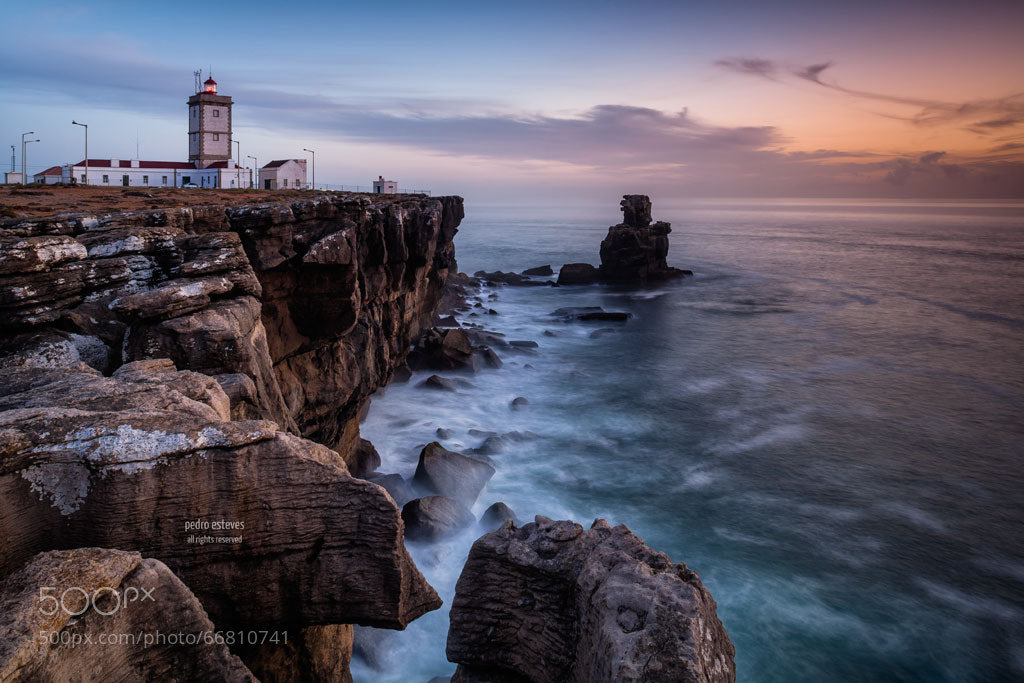 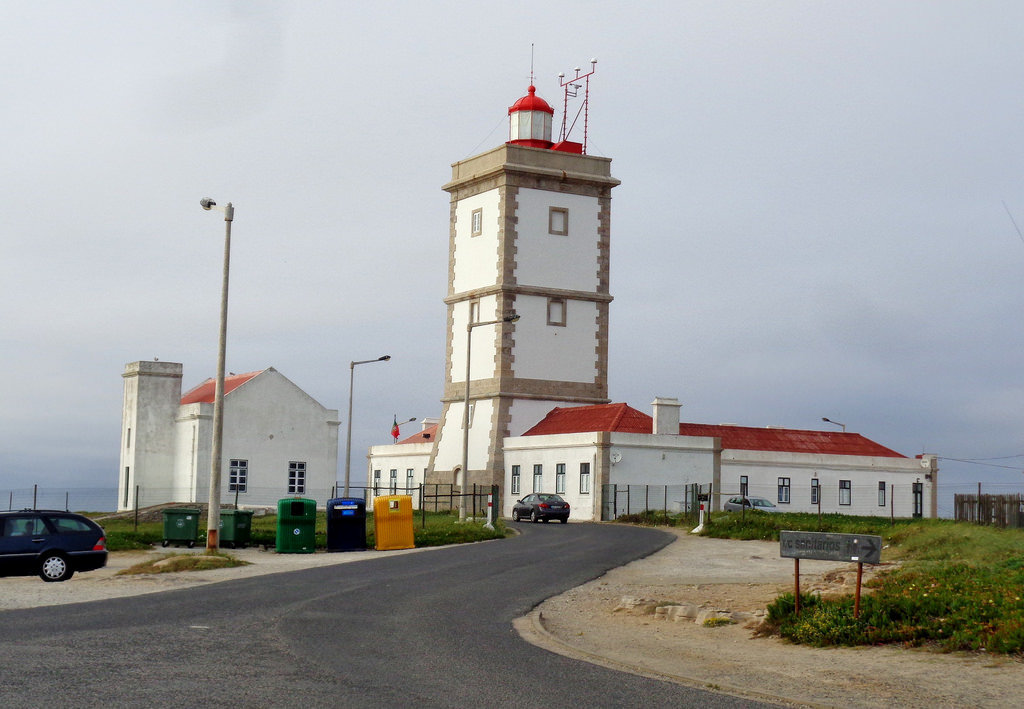 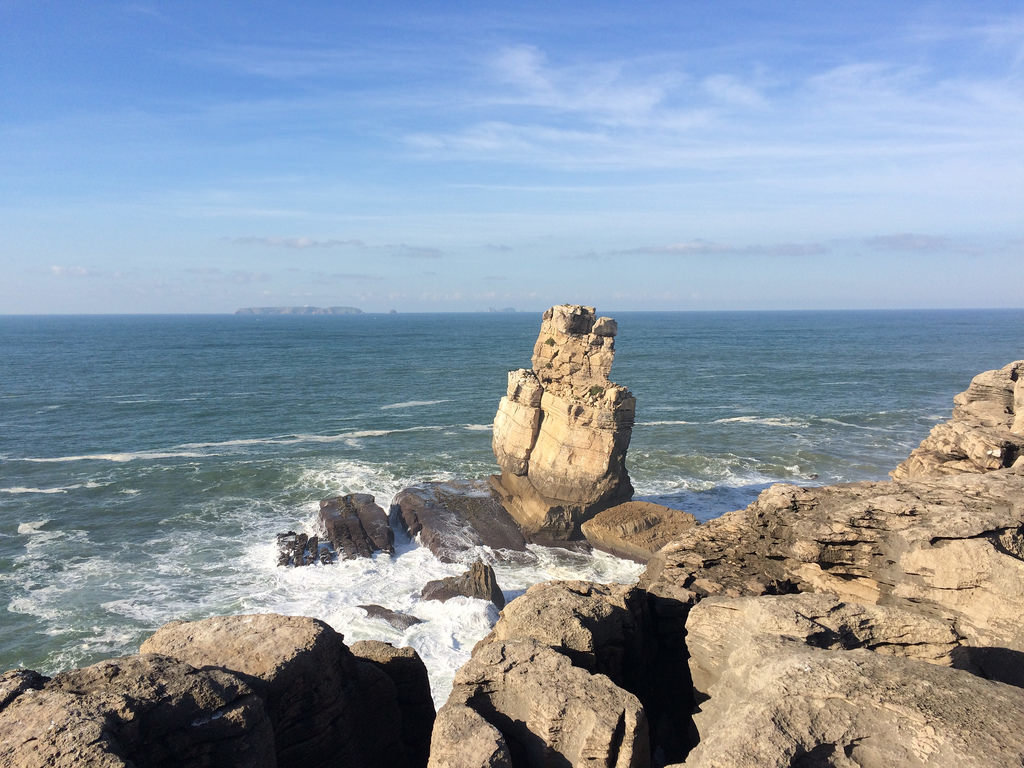 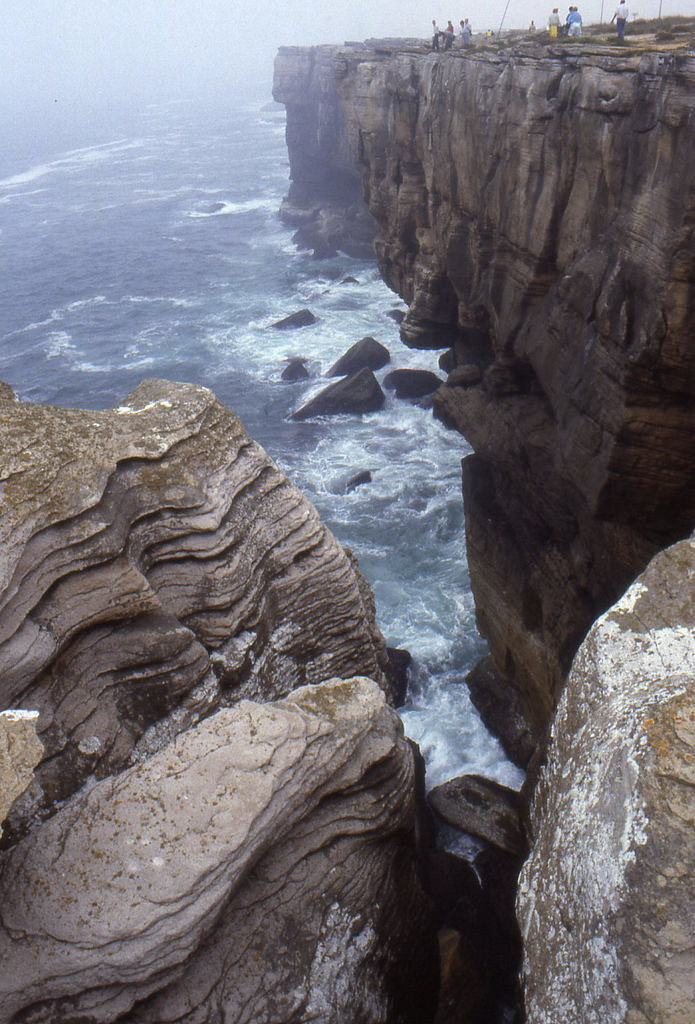 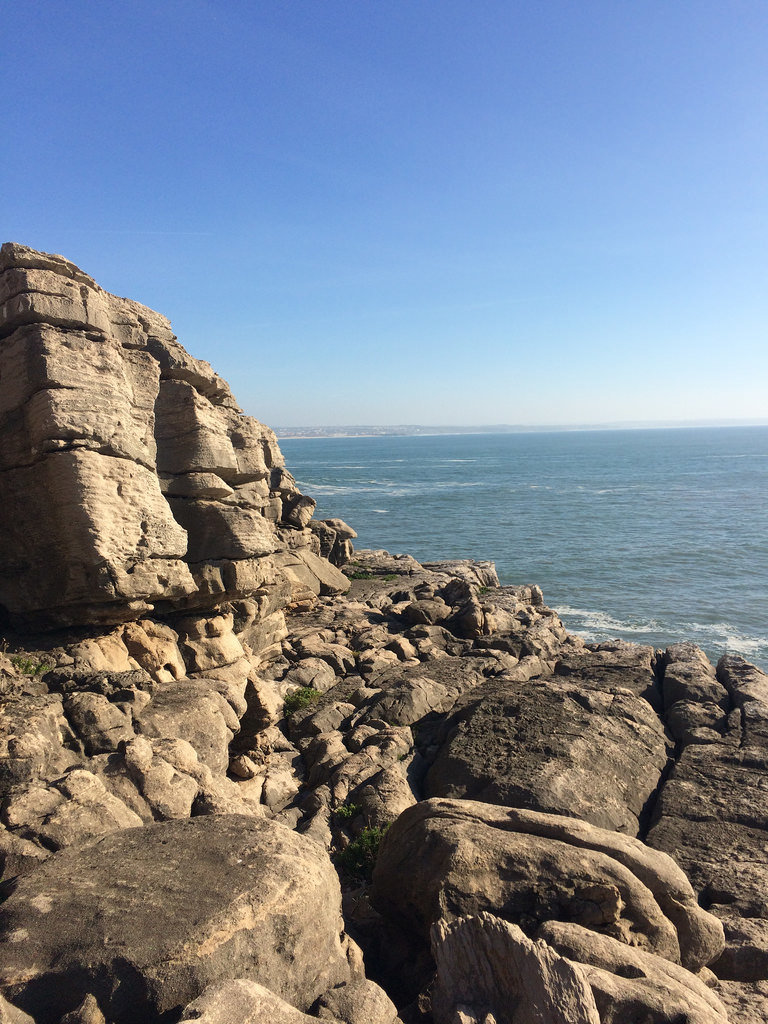 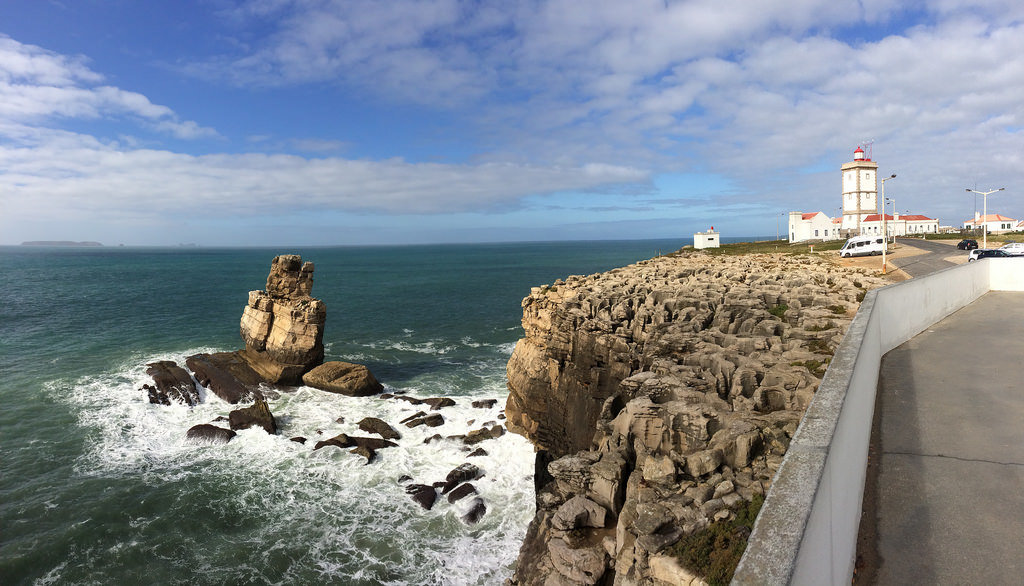 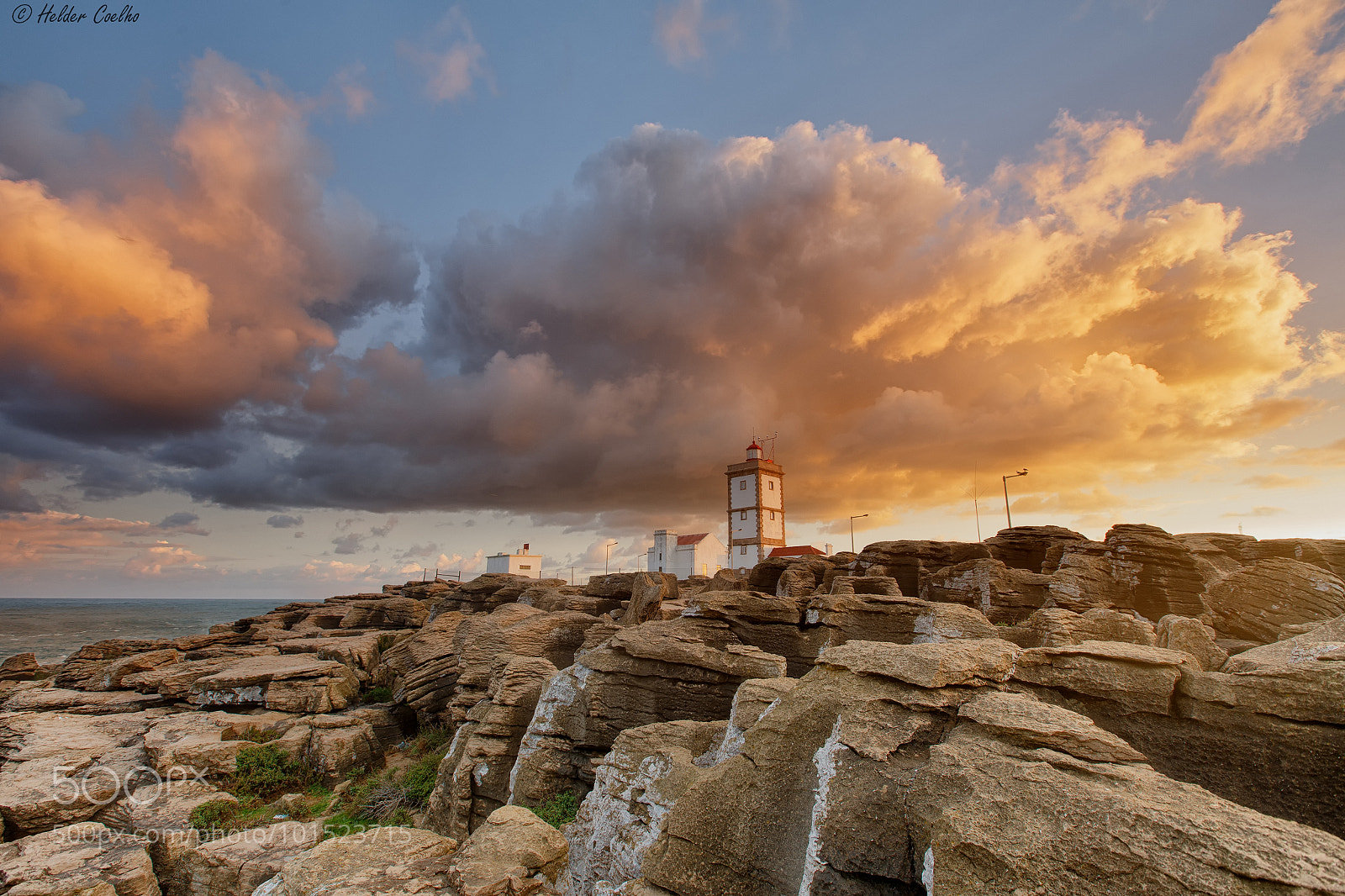 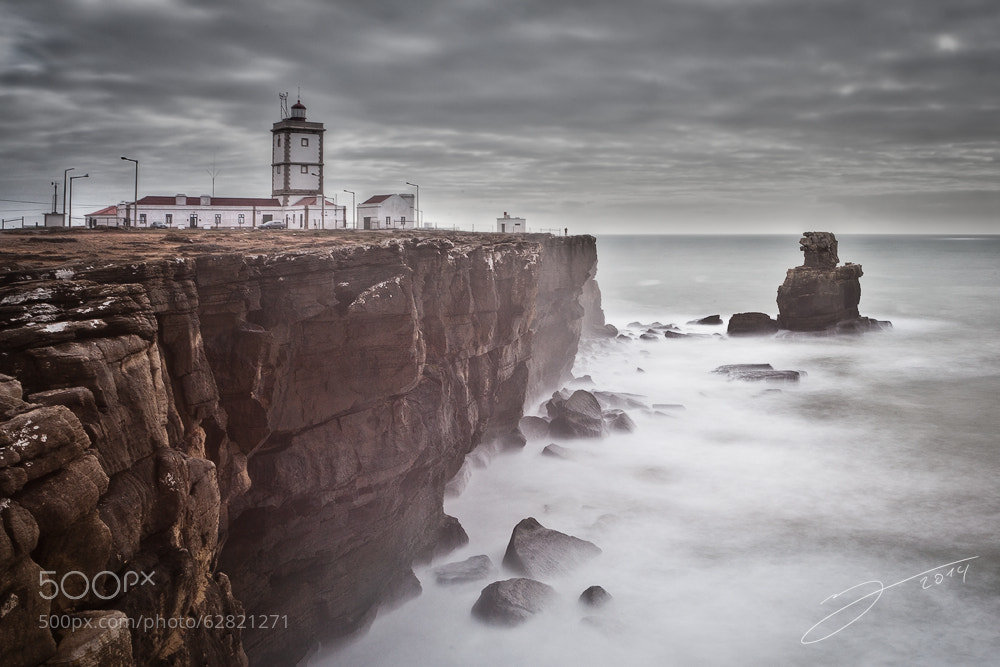 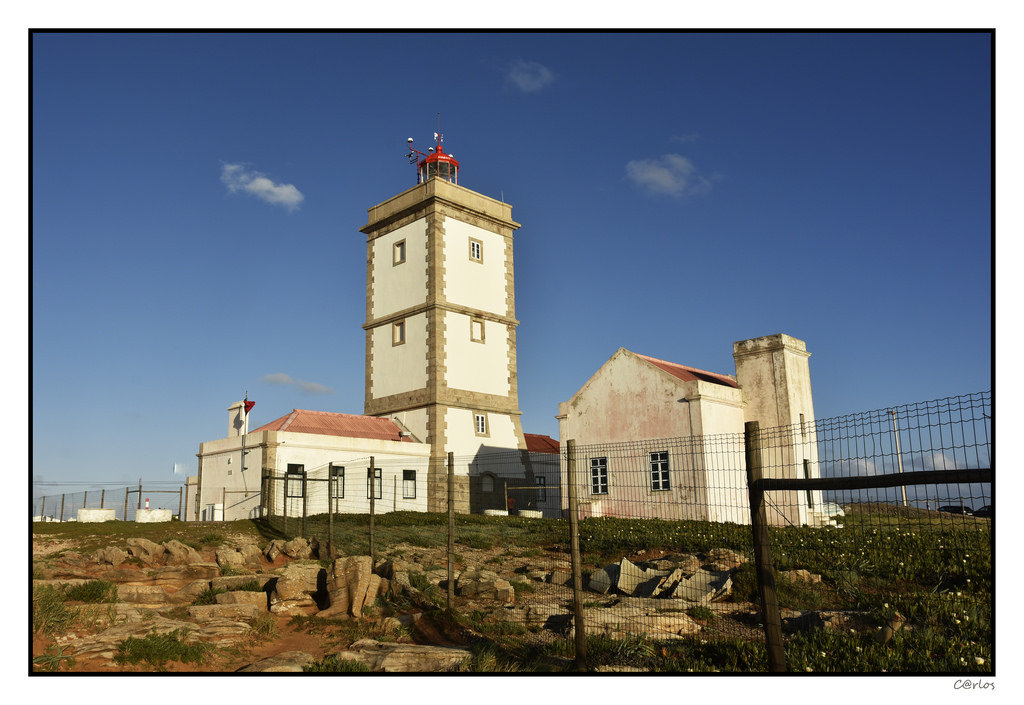 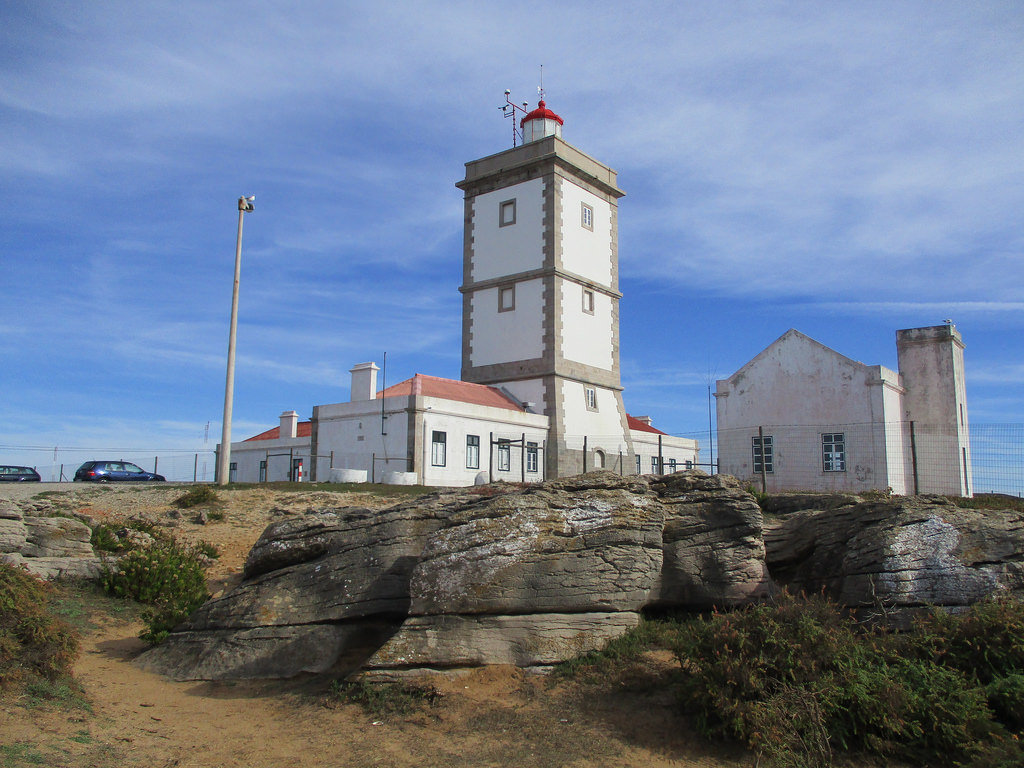 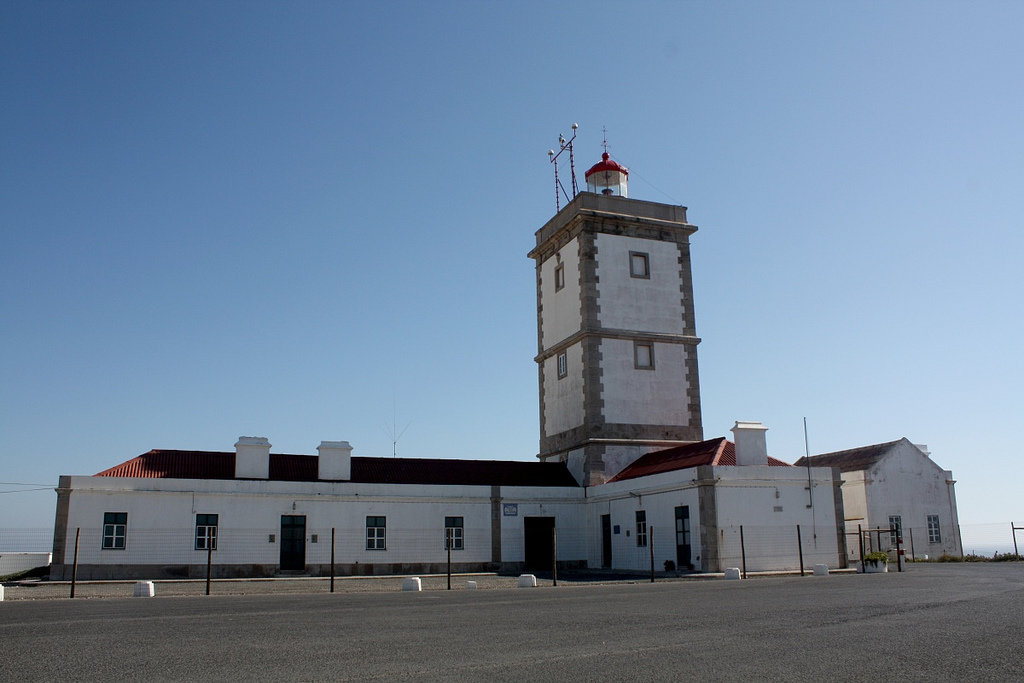 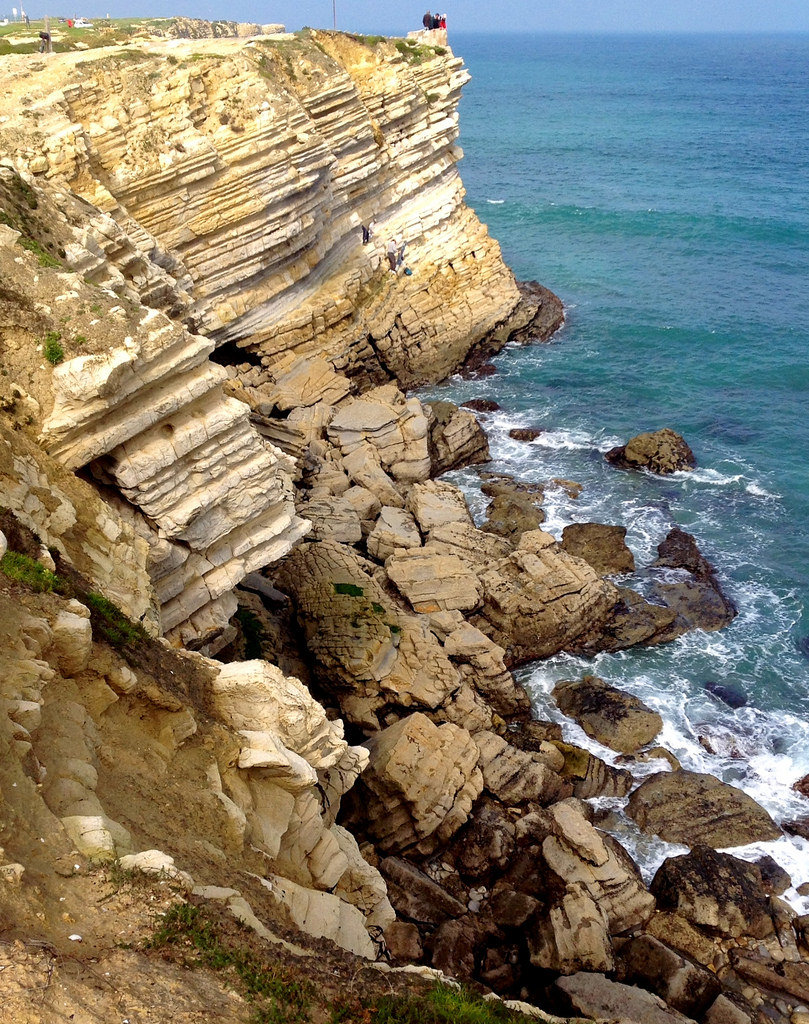 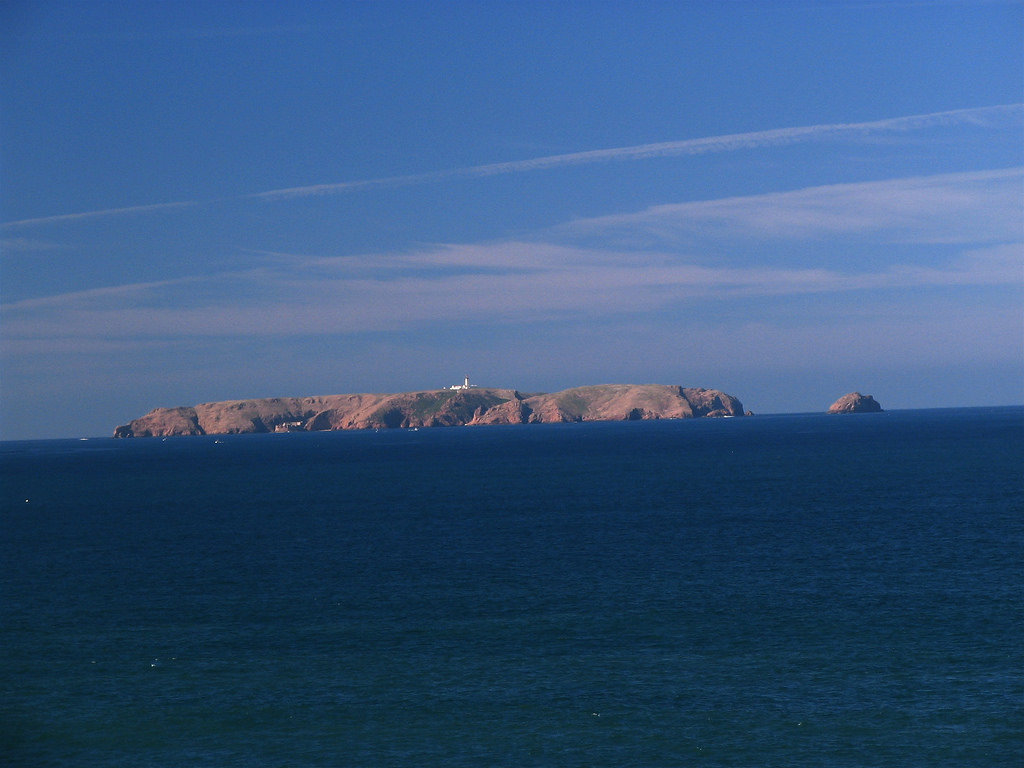 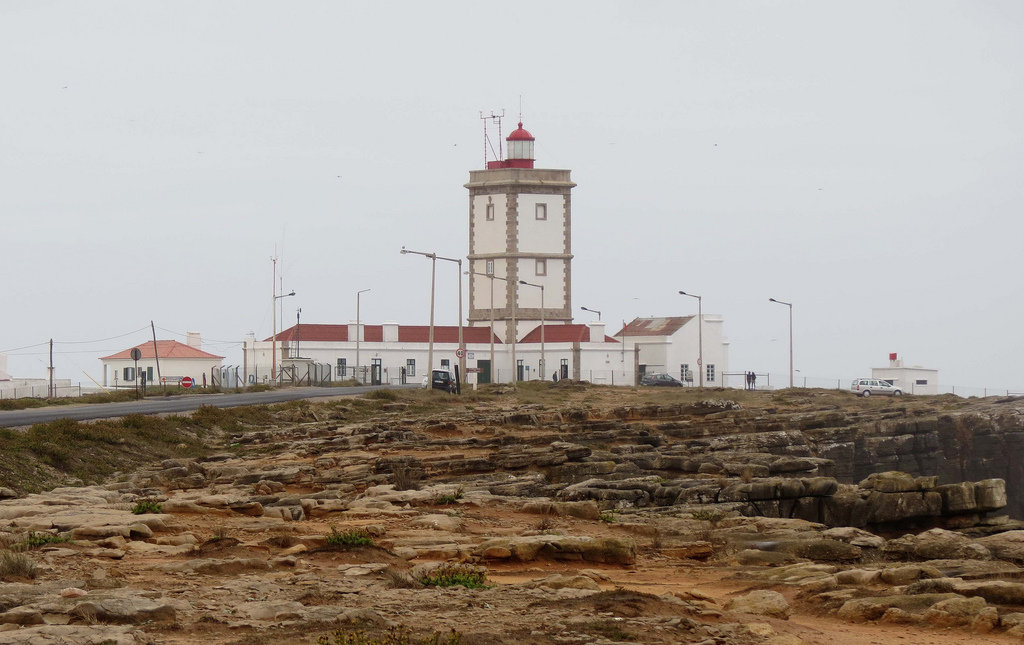 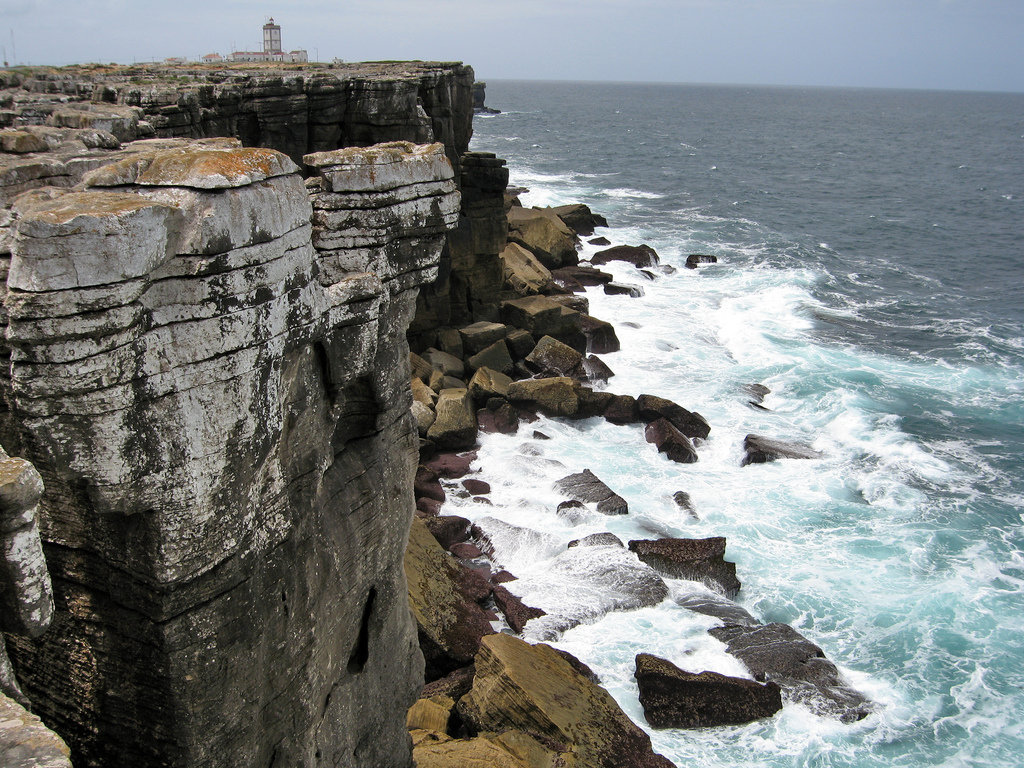 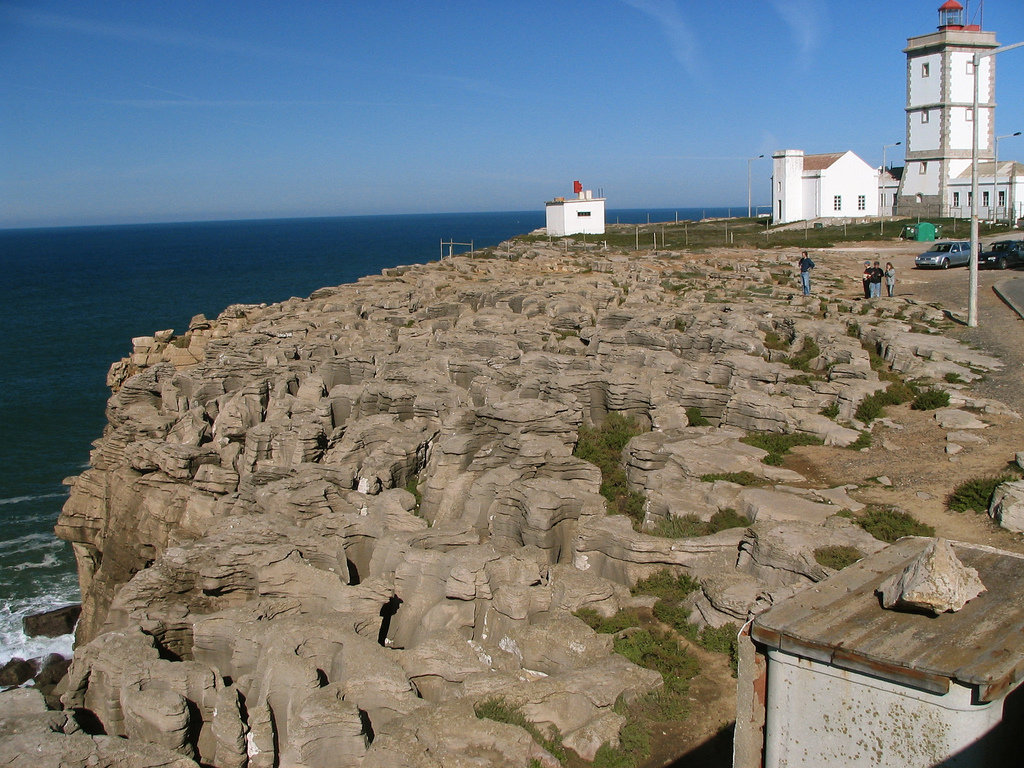