×
What are you looking for?
See all results
Mountains in Chaxas 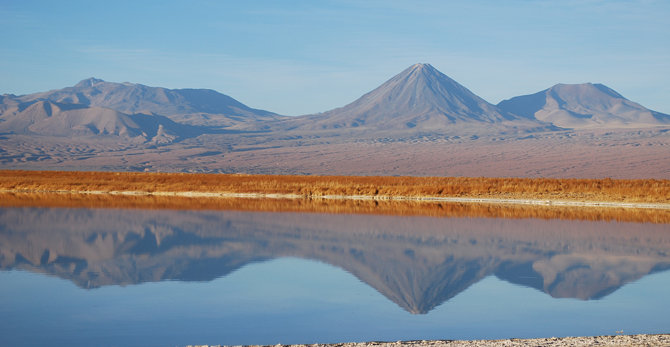 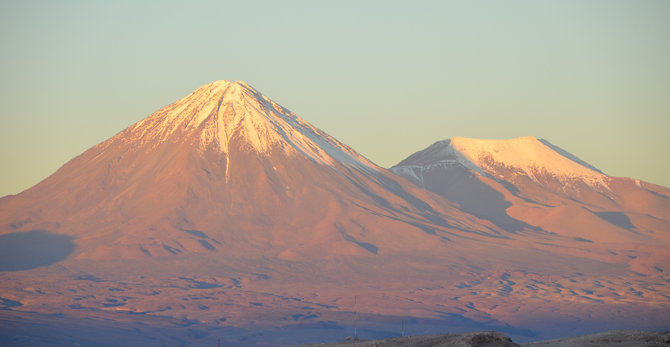 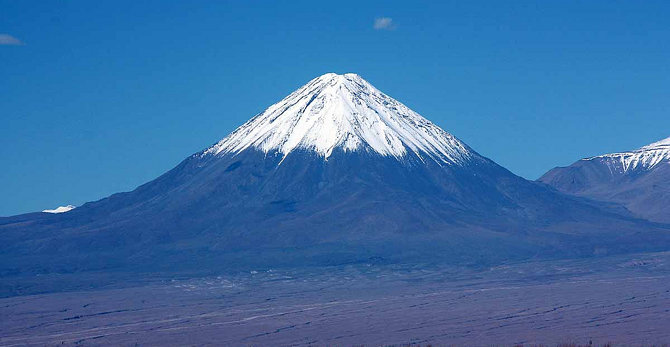 Licancabur is a highly symmetrical stratovolcano on the southernmost part of the border between Chile and Bolivia. It is located just southwest of Laguna Verde in Bolivia. The volcano dominates the landscape of the Salar de Atacama area. The lower two thirds of the northeastern slope of the volcano belong to Bolivia, Шаблон:Convert from the foot at Шаблон:Convert, while the rest and biggest part, including the higher third of the northeastern slope, the crater and summit, belong to Chile.

The summit and the crater are located entirely in Chile, slightly over Шаблон:Convert to the south west of the international borders, it is about Шаблон:Convert wide and contains a Шаблон:Convert by Шаблон:Convert crater lake, Licancabur Lake, which is ice-covered most of the year. This is one of the highest lakes in the world, and despite air temperatures which can drop to -30 °C, it contains planktonic fauna.

Licancabur's most recent volcanic activity produced extensive lava flows which extend 6 km down the northwest and southwest flanks, with older lava flows reaching Шаблон:Convert and pyroclastic flow deposits as far as Шаблон:Convert from the peak. Extensive Inca ruins, located on the summit, provide proof of pre-Columbian ascents as well as evidence for the absence of major eruptions over the past 500-1.000 years.

The word Licancabur is the Castilianization of a Kunza name used by the Atacameño Likan-antay people to refer to the volcano: lican - people, cabur - mountain, thus meaning "Mountain of the People."

Laguna Blanca is a lake in the Sur Lípez Province, Potosí D

Tulor is an archaeological site located in Northern Chile near San

Acamarachi, also known as Pili, is a stratovolcano located northeast 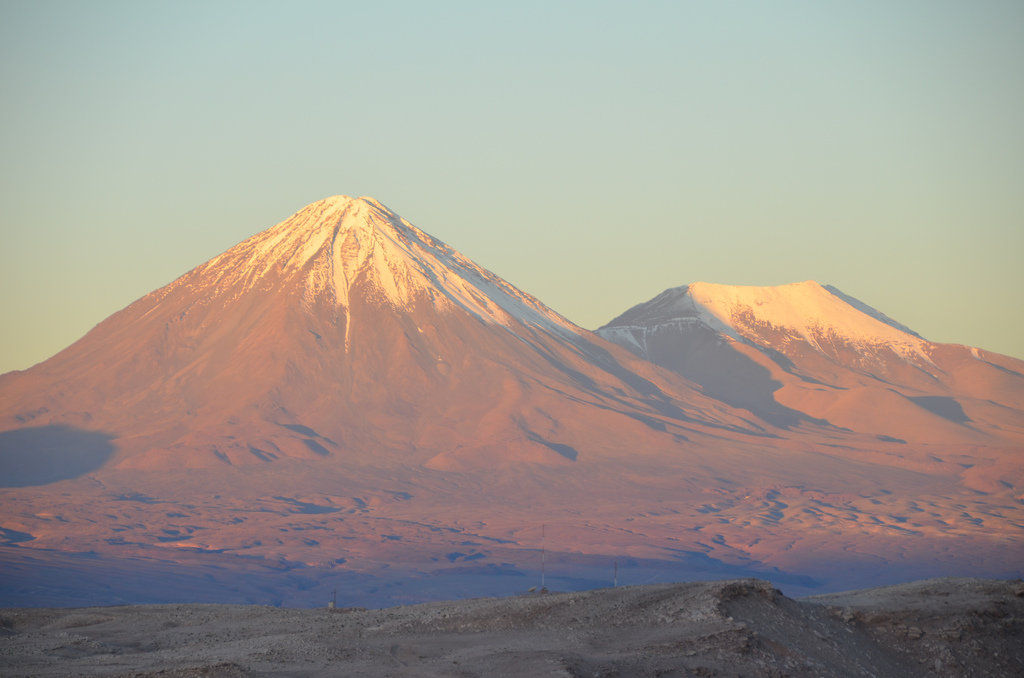 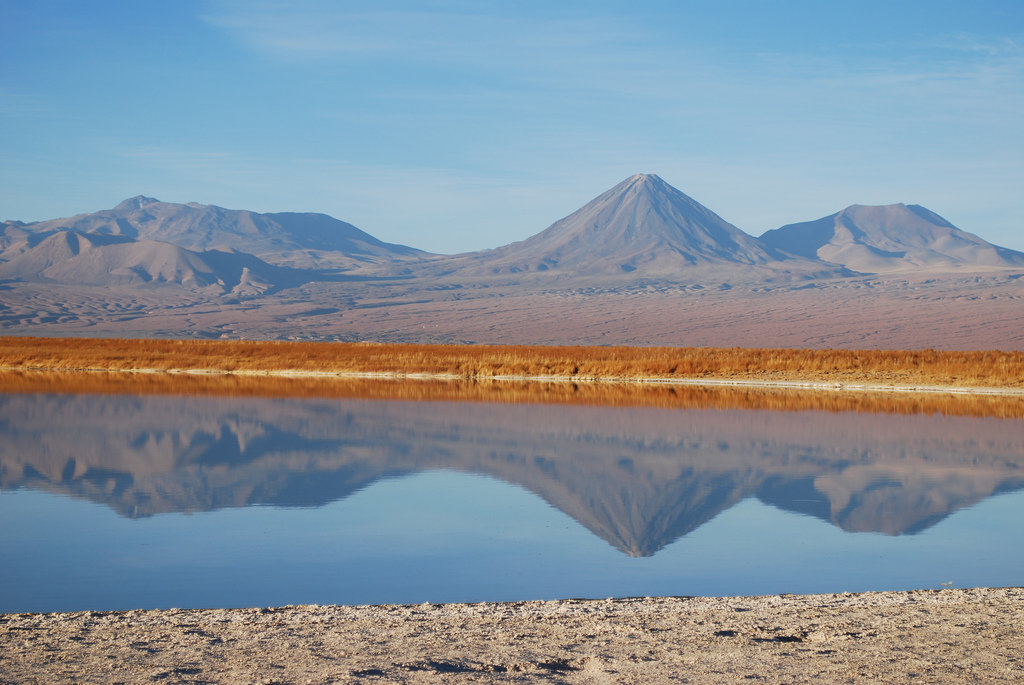 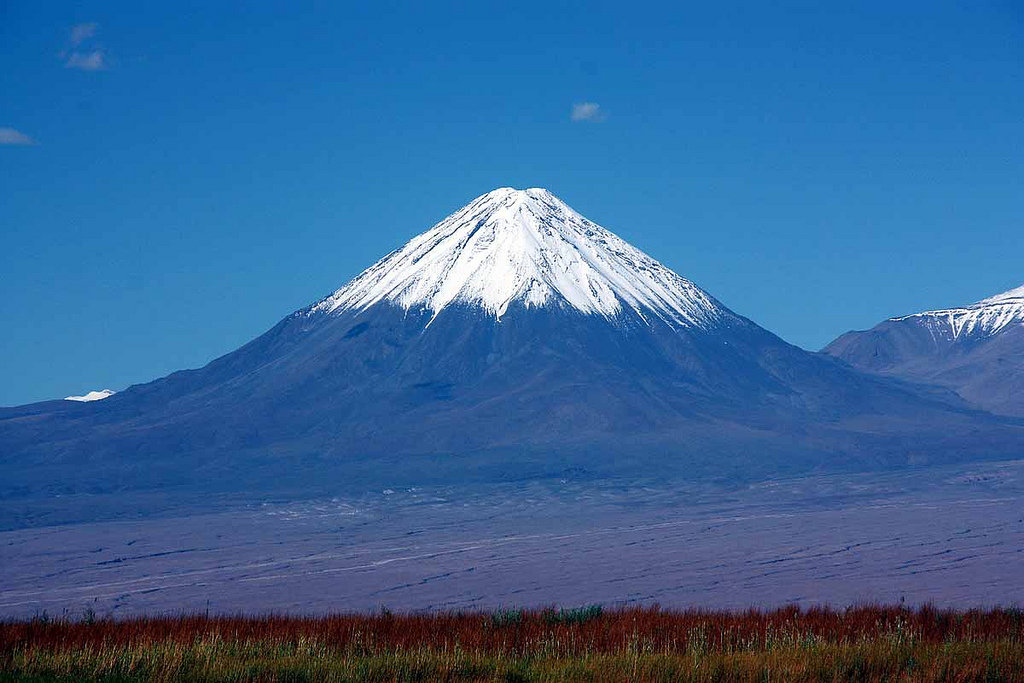 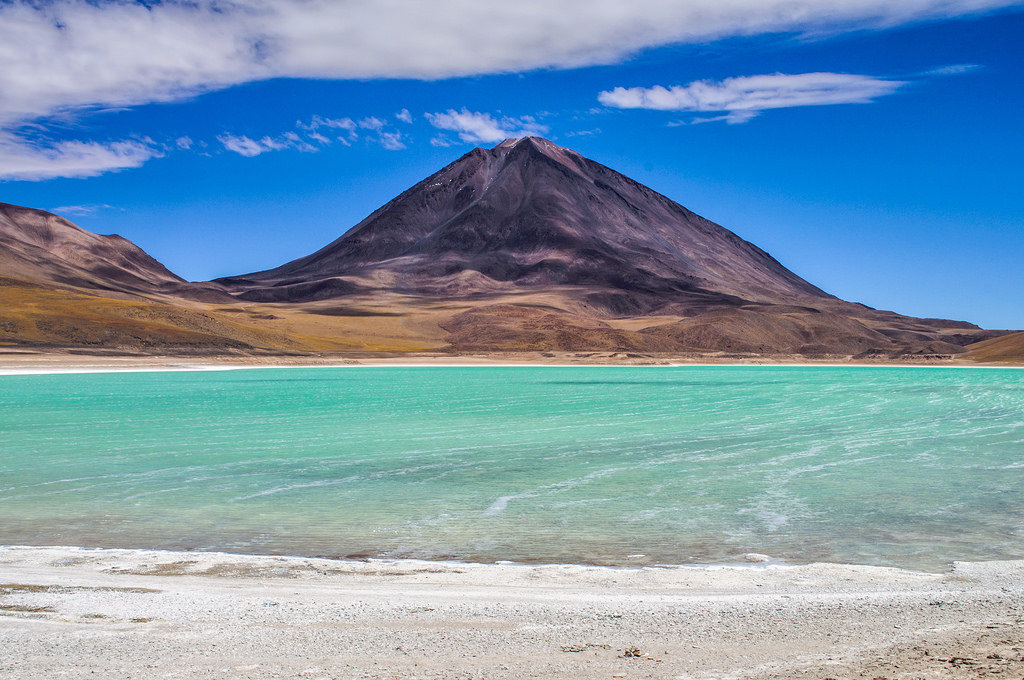 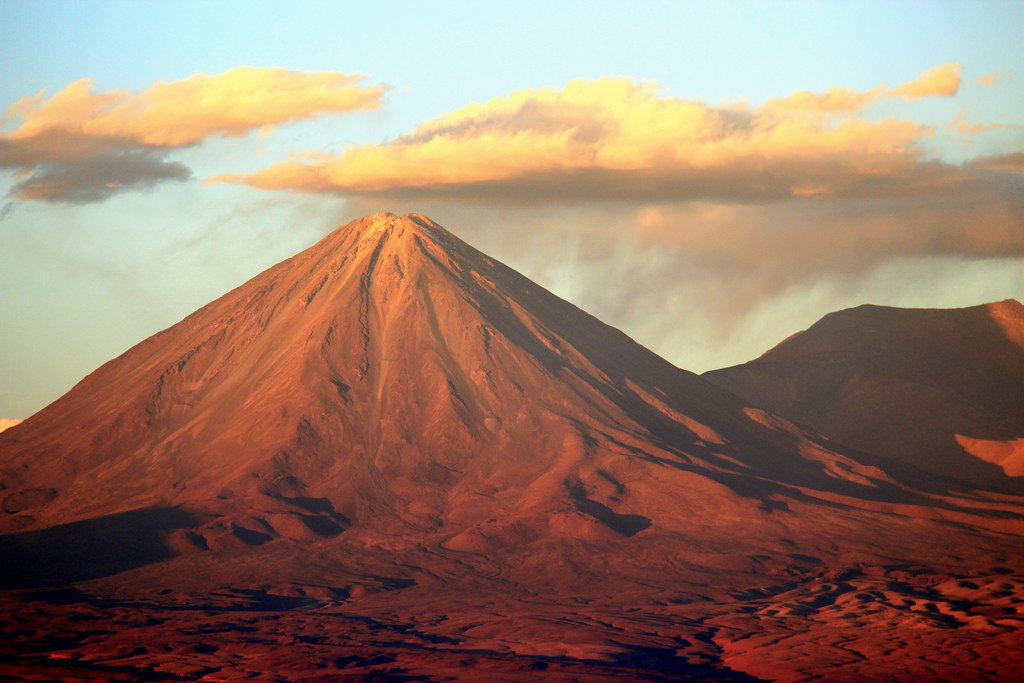 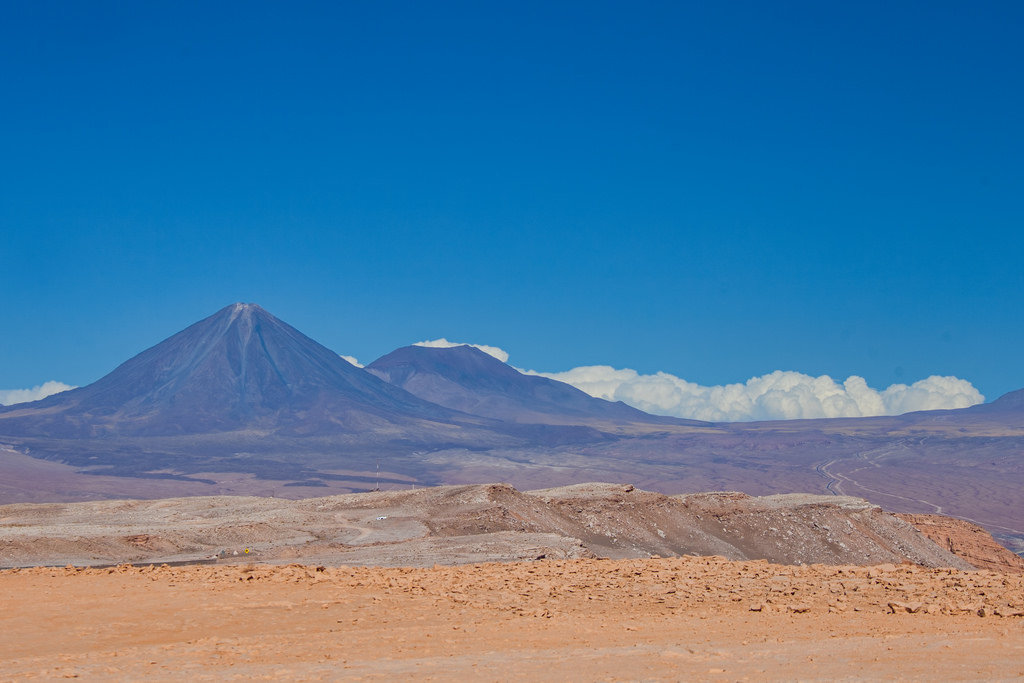 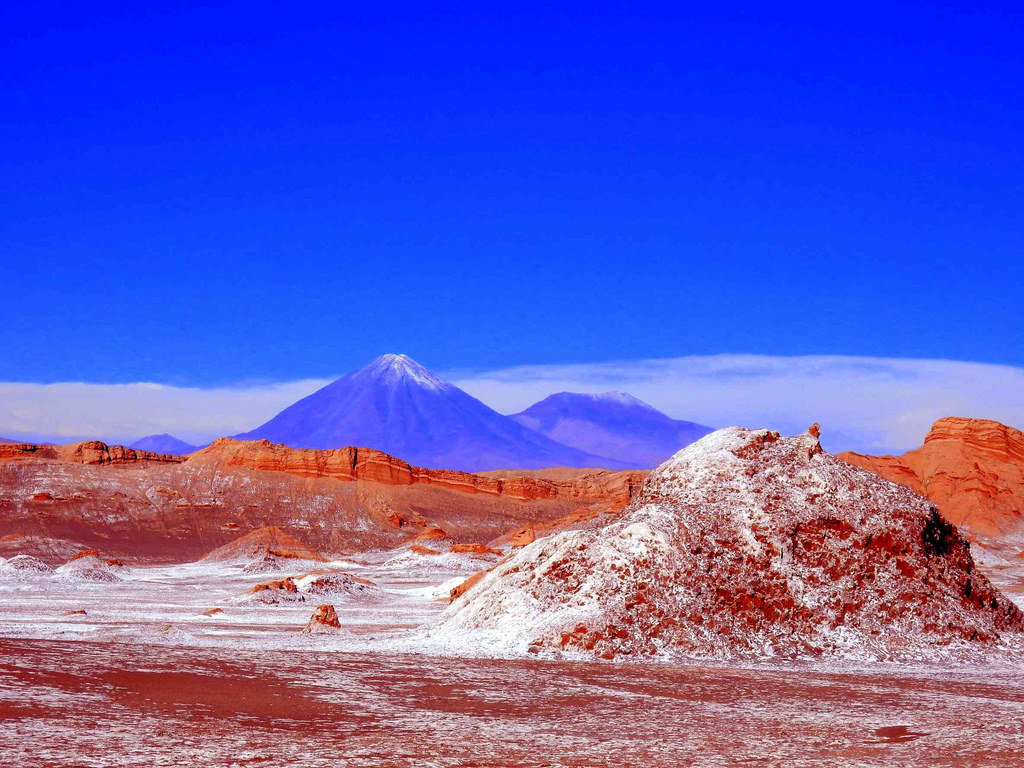 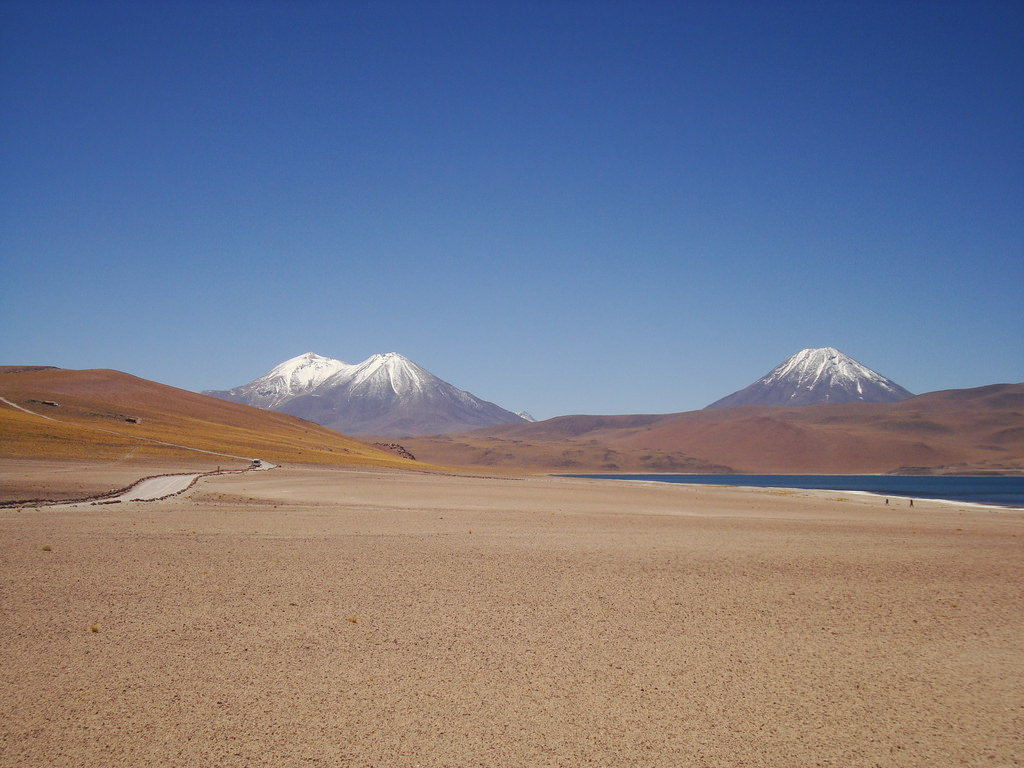 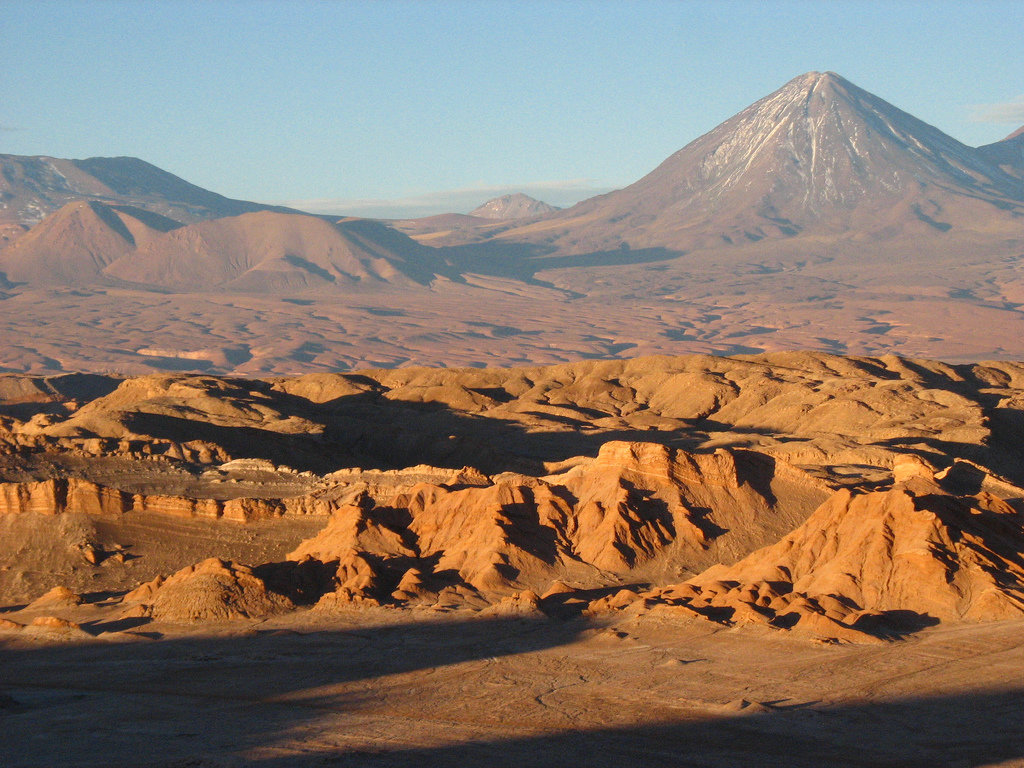 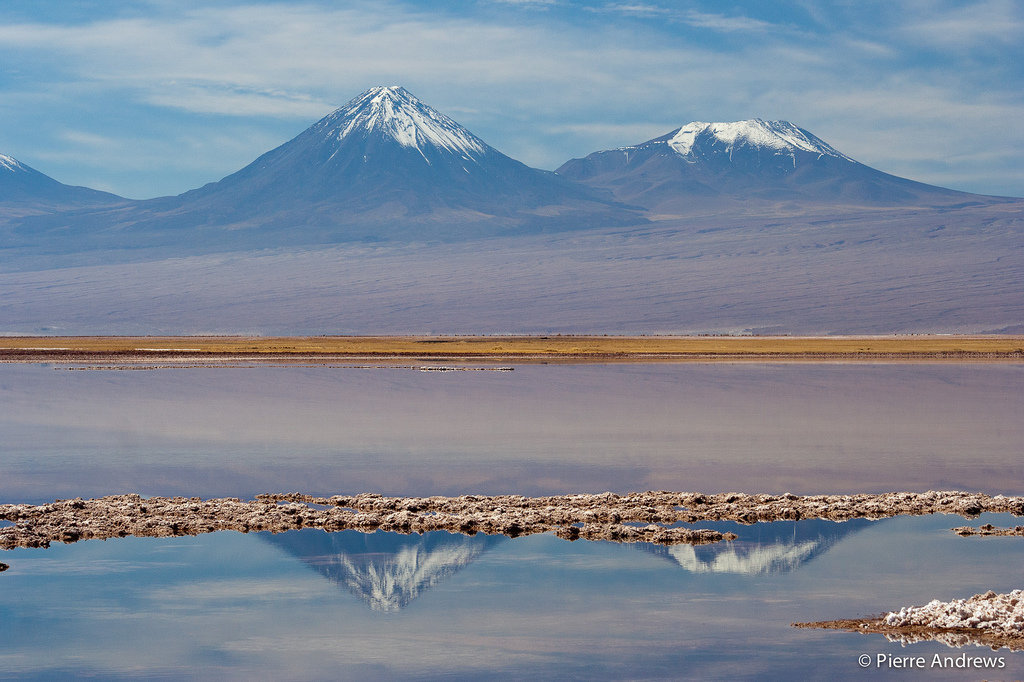 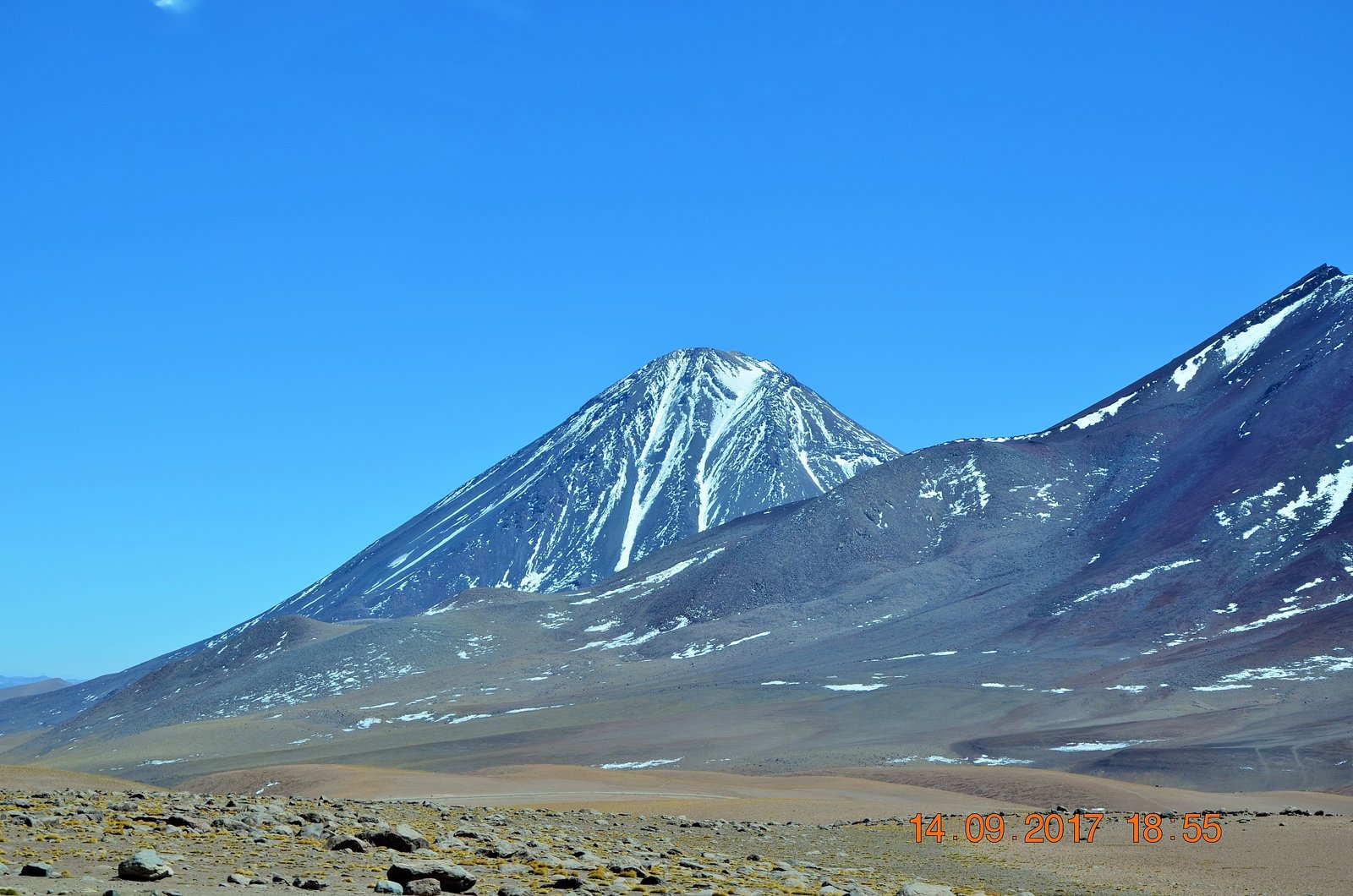 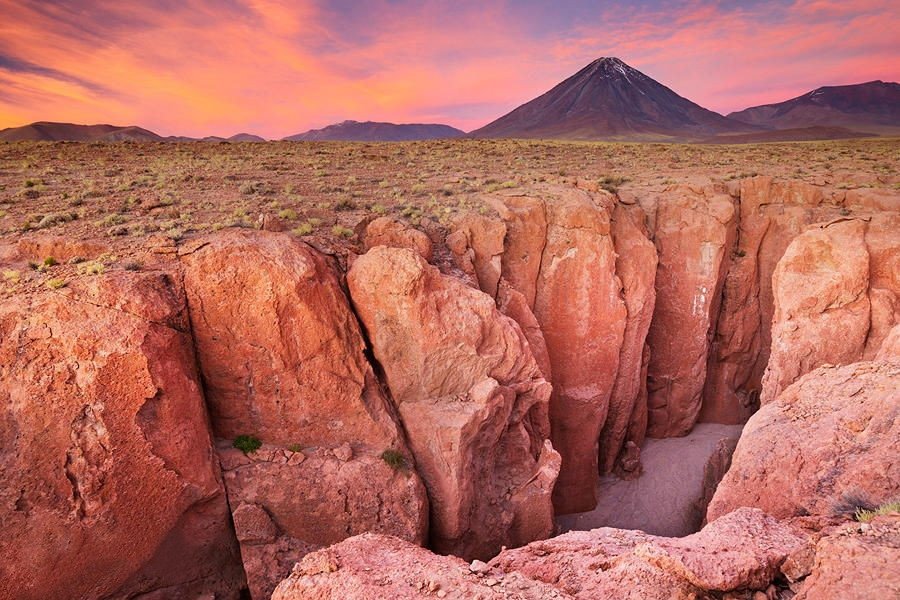 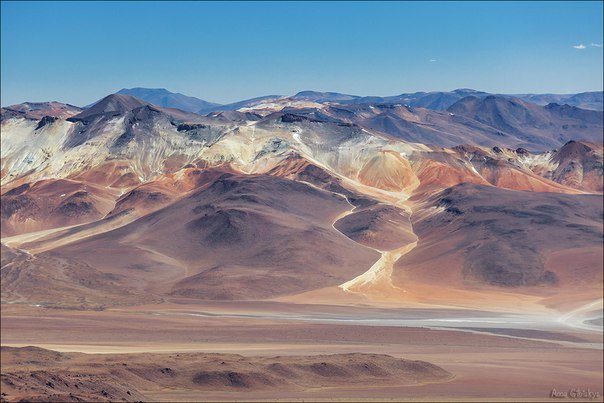 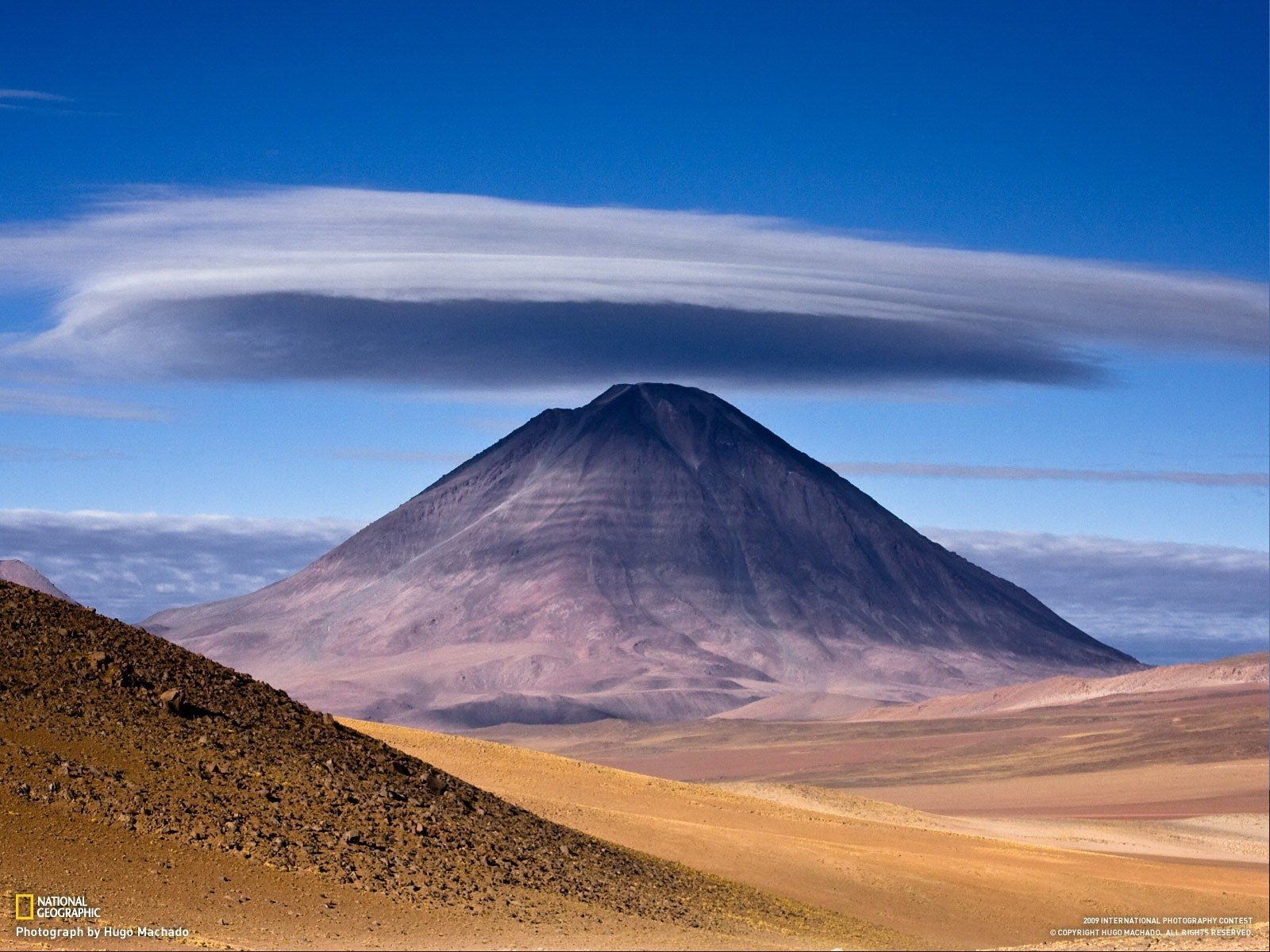 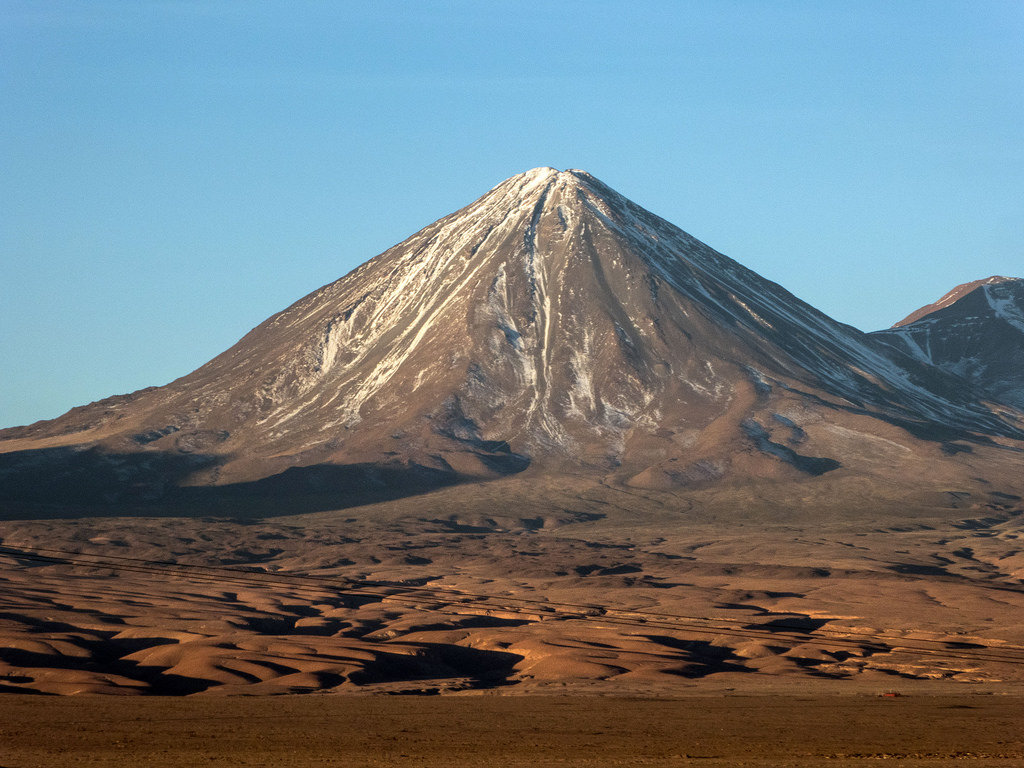 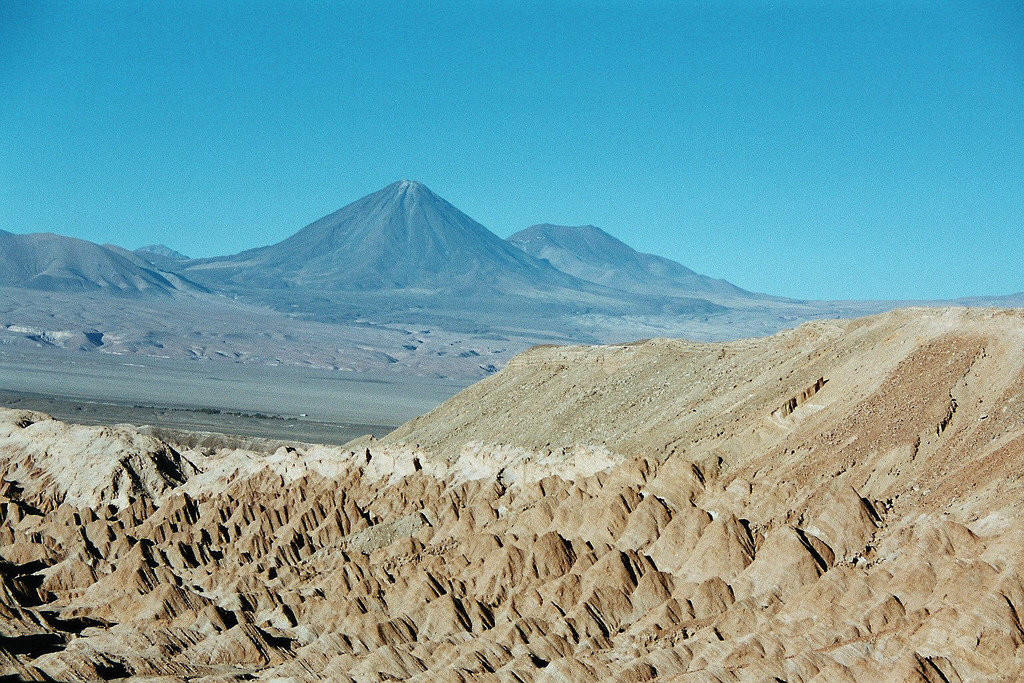 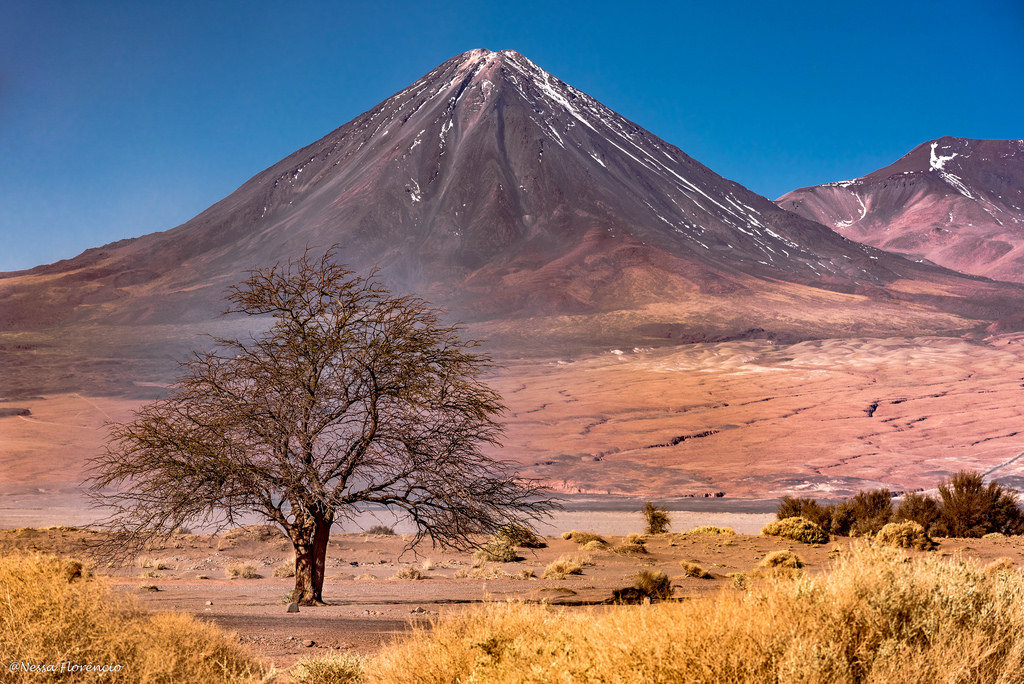 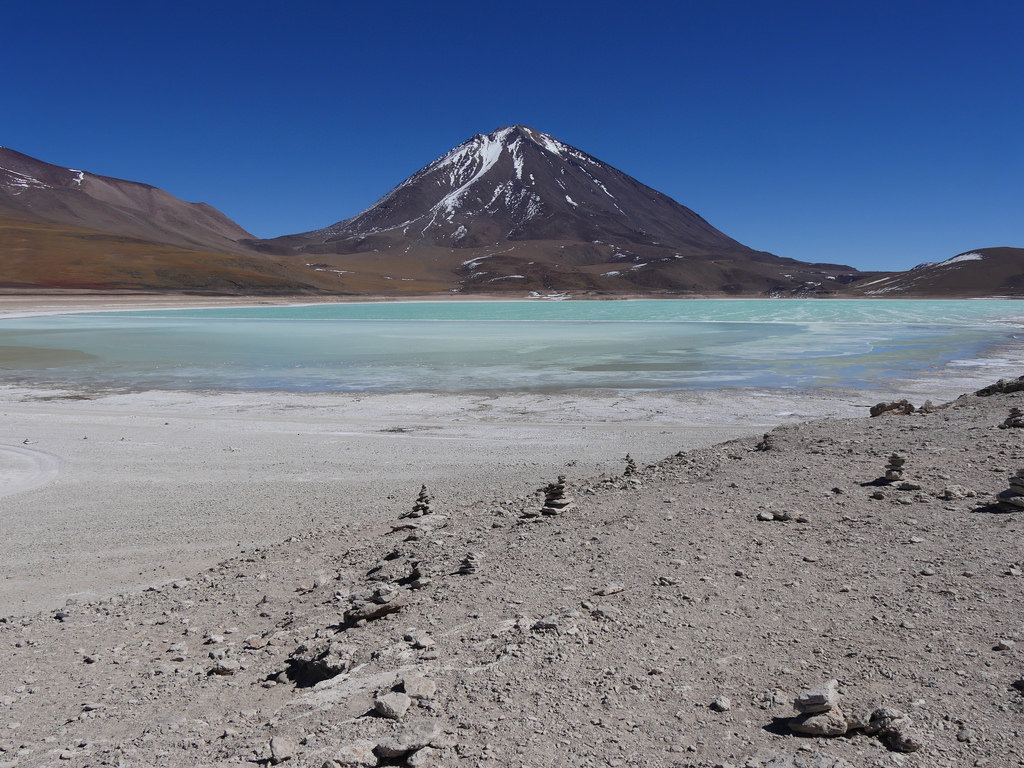 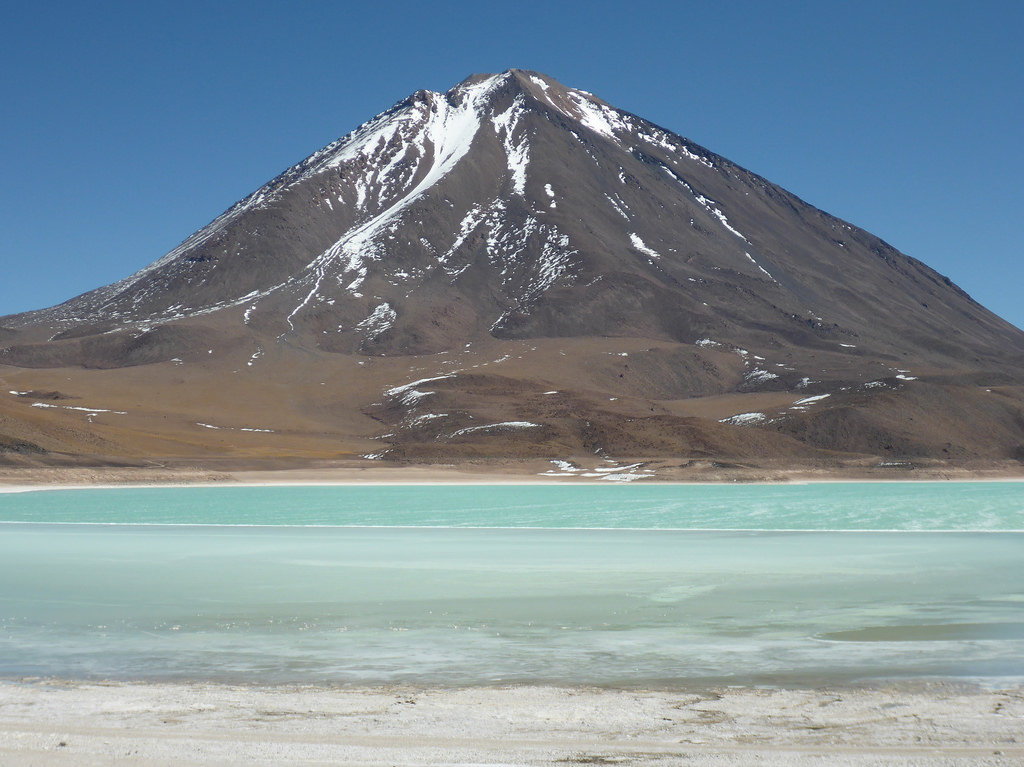 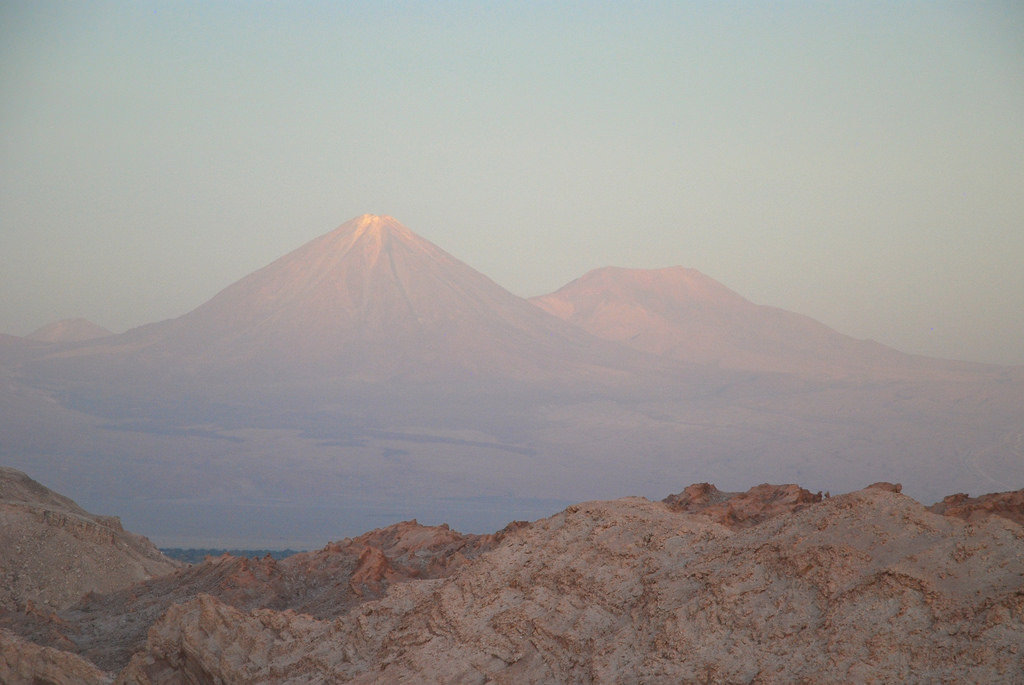