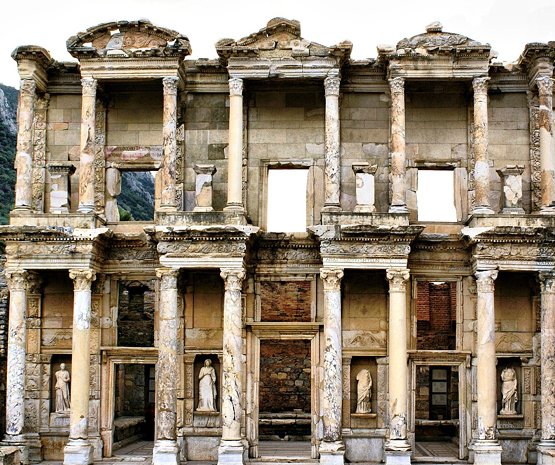 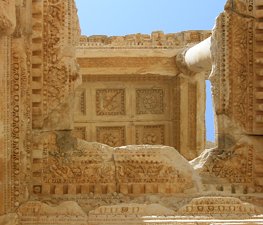 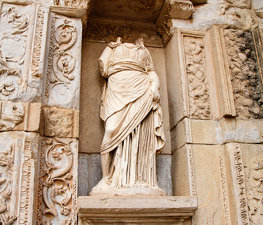 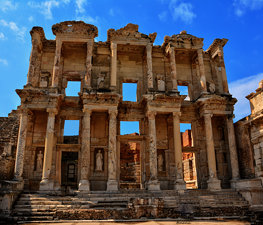 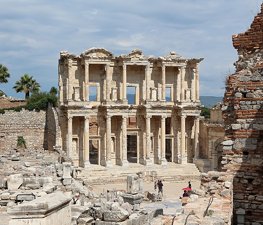 The library of Celsus was built for Tiberius Julius Celsus Polemaeanus and completed in AD 135 in Ephesus, Asia Minor (Anatolia) (now Turkey). Celsus’ son, Gaius Julius Aquila (consul AD 110), built the library in honor of his father who was consul in AD 92, governor of Asia in AD 115, and a wealthy and popular local citizen. The library was built to store 12,000 scrolls and to serve as a monumental tomb for Celsus. It was unusual to be buried within a library or even within city limits, so this was a special honor for Celsus.

The building may be considered important today because it is one of the few remaining examples of an ancient Roman influenced library. It also shows how public libraries were not only built in Rome itself, but also all throughout the empire. After a massive restoration project, which is considered to be very true to the historical building, the front façade of the building was rebuilt and now serves as a prime example of Roman architecture on public buildings. (The Library of Celsus may serve as a model for other, less well preserved, libraries elsewhere in the empire, for it is possible that literary collections were housed in other Roman cities for the benefit of students as well as travelling Romans. Such libraries may also have housed collections of local documents of interest if they were not destroyed during the Roman conquest. Verulamium (St Albans) and Caesaromagus (Chelmsford) are reputed to have been sites of such Roman libraries. citation needed)

The edifice itself is a single hall that faces eastward toward the sun in the morning so as to benefit those who are early risers, as Vitruvius advised. The library is built on a platform with nine steps the full width of the building leading up to three front entrances. The center entrance is larger than the two surrounding entrances and all are adorned with windows above them. Along the entrances are four pairs of Ionic order columns raised by pedestals. Another set of Corinthian order columns stands directly above the first set, adding to the height of the building. The pairs of columns on the second level frame the windows as the columns on the first level frame the doors, and they also create niches where statues would have been housed. It is thought that a third set of columns may have existed as well, though today there are only two registers of columns. This type of facade with inset frames and niches for statues is similar to that found in ancient Greek theater (the stage building behind the orchestra, or skene in the context of Greek theater), and is thus characterised as "scenographic". The other sides of the building are irrelevant architecturally because the library was surrounded by buildings on both sides.

The inside of the building, though today not fully restored, was a single rectangular room (55 feet wide by Шаблон:Convert long) with a central apse framed by a large arch at the far wall. A statue of either Celsus himself or of Athena, the goddess of wisdom, stood at the apse, and Celsus’ tomb lay directly below in a vaulted chamber. Around the other three sides were rectangular recesses that held cupboards and shelves for the 12,000 scrolls. Celsus was said to have left a legacy of 25,000 denarii to pay for all the reading material in the library. The second and third levels could be reached through a set of stairs built into the walls to add support to the building and had similar niches for scrolls. The ceiling was flat and there may have been a central square oculus to provide more light.

The style of the library, with an ornate, balanced, and well-planned façade, reflects the Greek influence on roman architecture. The materials used to create the building, brick, concrete, and mortared rubble, signify the new materials that came about in the Roman empire around the 2nd century A.D. Turkey - guest of honour 2008 - exhibited big fotos at the world's greatest Frankfurt Bookfair.

Figure on the Library of Celsus — Robert Moranelli @ Flickr

Murat Purç
Amazing ancient Library. The historic Library of Celsus, one of the most beautiful structures in Ephesus, is definitely worth a visit. You can firmly feel the wisdom and knowledge been stored there.

Les
Amazing ancient place!!! Must be visit! P.S. take water when you enter inside...walking about 3 hours.

Diamond Crab
it is the maximum exponent of the grandeur of Ephesus!not to be missed.Historical place, well kept, induces to stay longer than the typical tourist's visits.Highly recommended! ????????????????

Irina
Present-day abundance of feral cats aside, the fact that this library stands w/o virtually any preservation, is a testament to the Ancient Greek quality craftsmanship.

Davide
AMAZING! Attention in the afternoon it's backlit, best Time to photography is the sunrise

Karen L.
An incredible place. With such unparalleled preservation, it is hard not to imagine what it was like as a bustling city of 250,000 in the first century BC. Fabulous digs!
Load more comments
foursquare.com
8.9/10
Vadim I, Kinofdc Wilder and 31,856 more people have been here
I've been here
Add to wishlist

Library of Celsus on Foursquare

The remains of the Pythagoreion, an ancient fortified port with Greek

Add to wishlist
I've been here
Visited
Tunnel of Eupalinos

The Tunnel of Eupalinos or Eupalinian aqueduct (Modern Greek:

Lake Bafa is a lake situated in southwest Turkey, part of it within 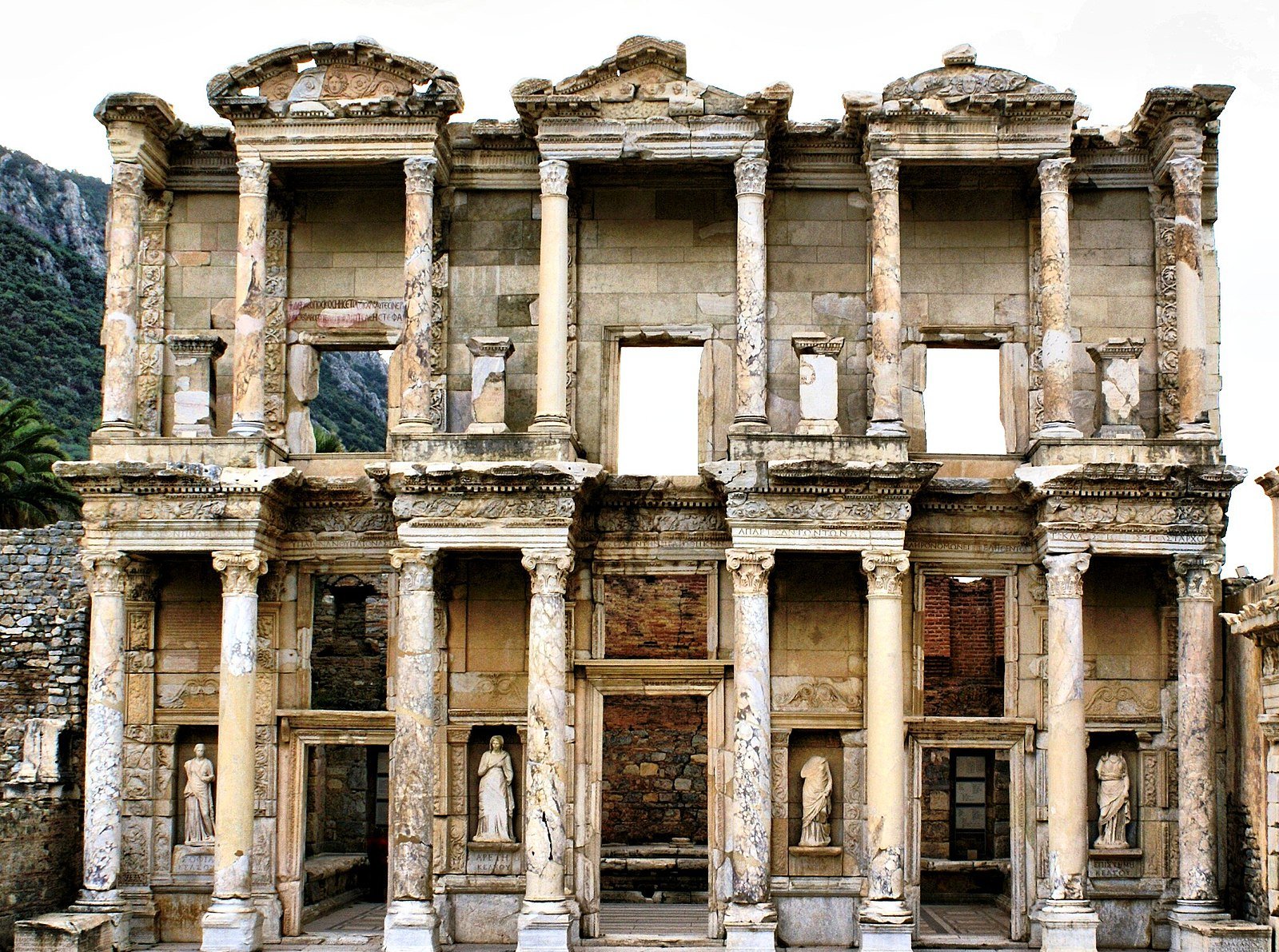 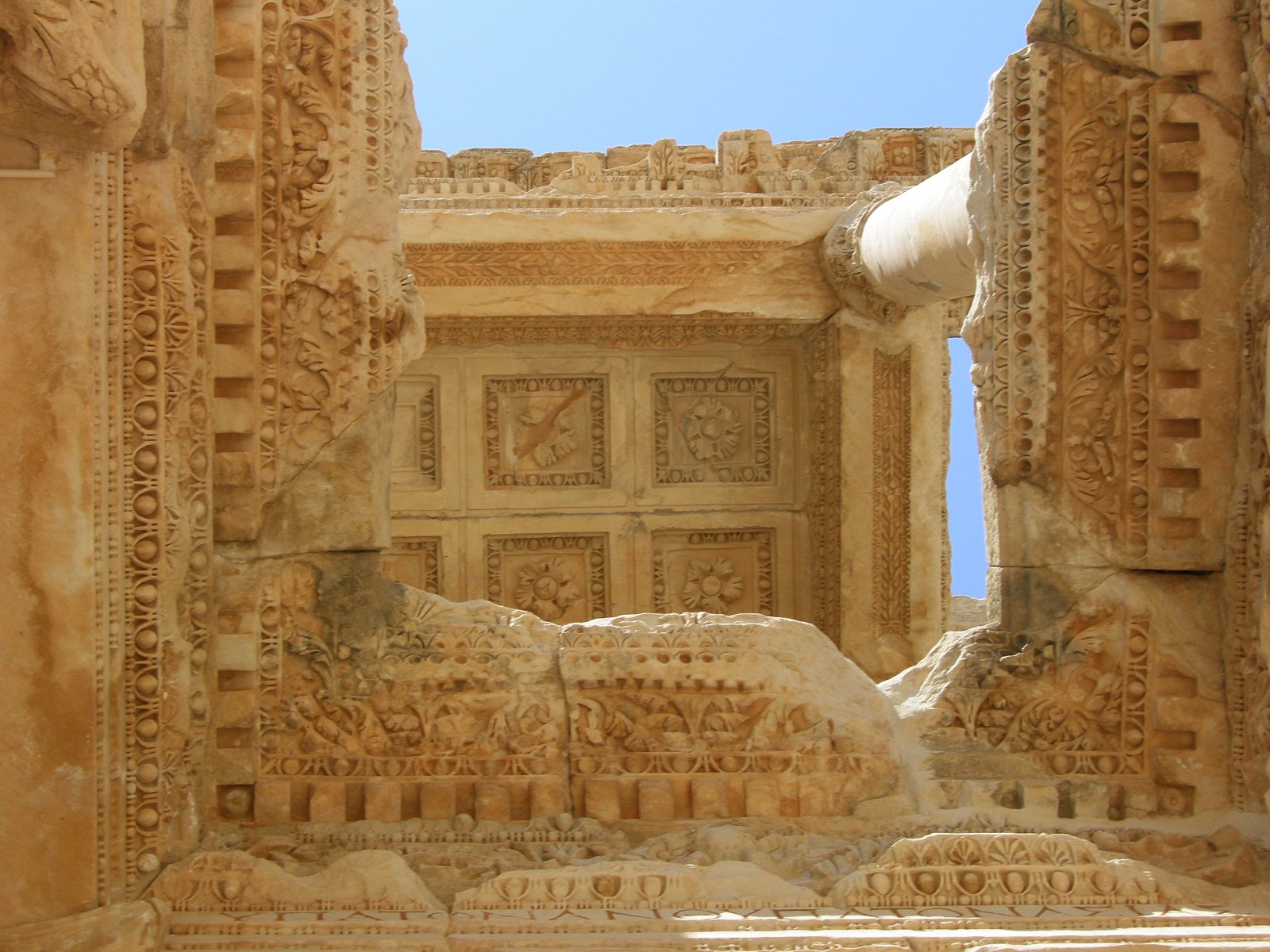 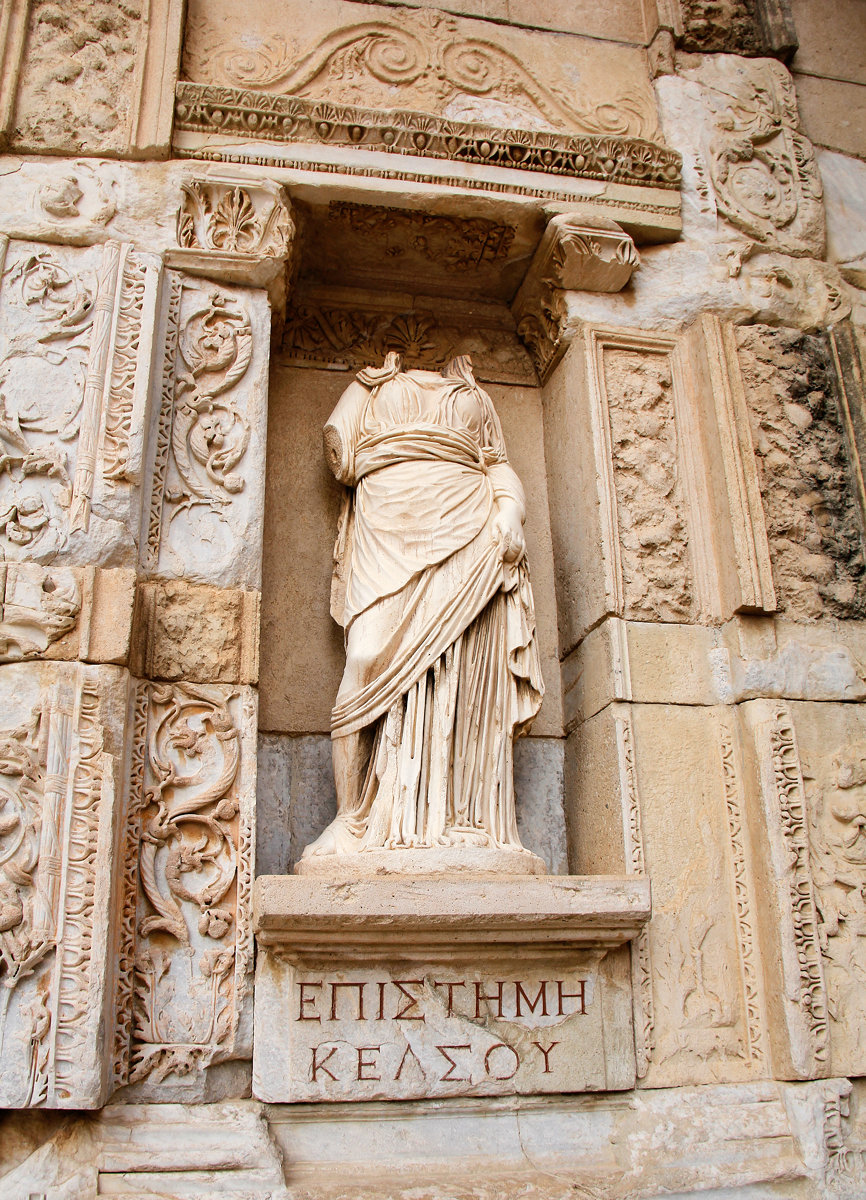 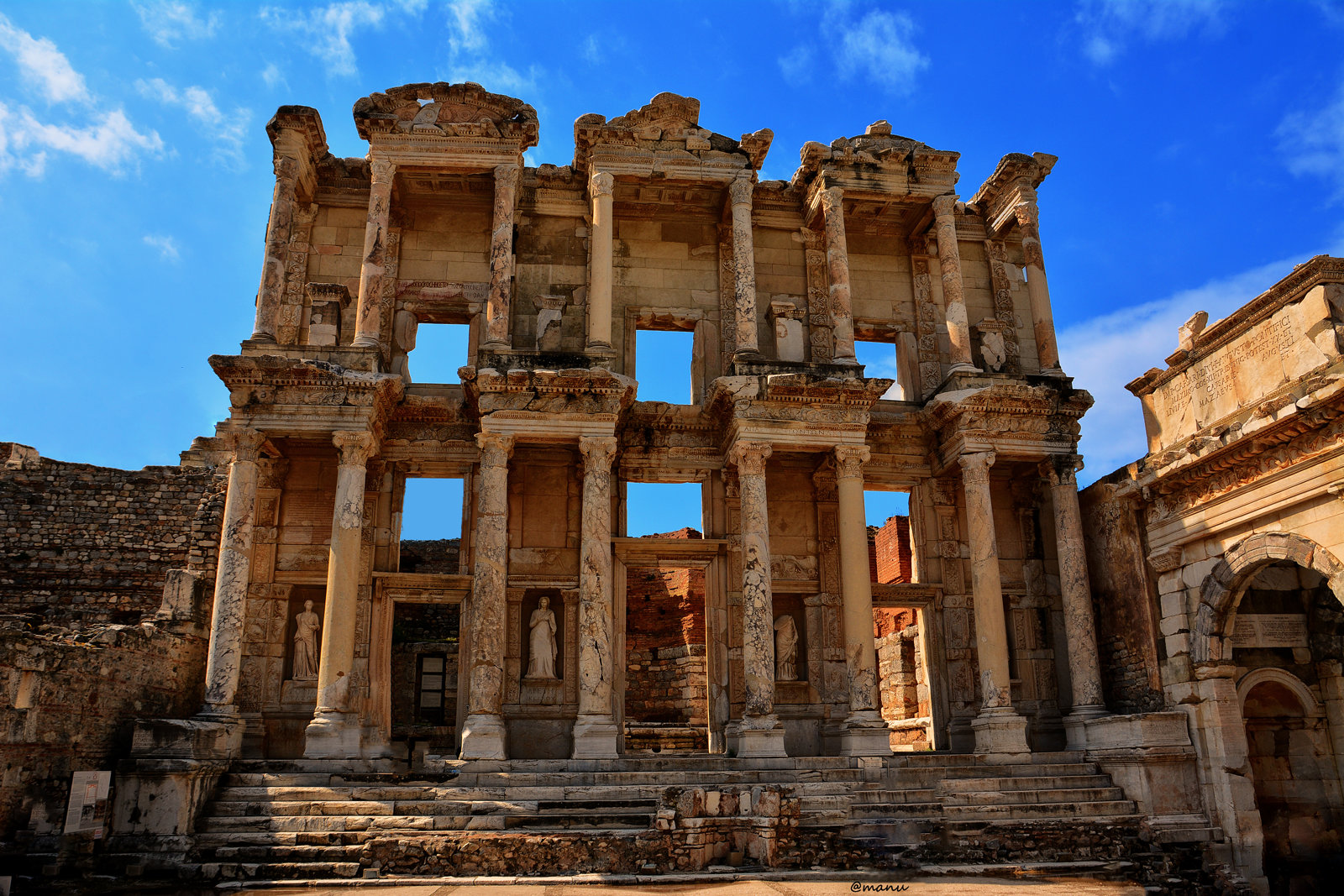 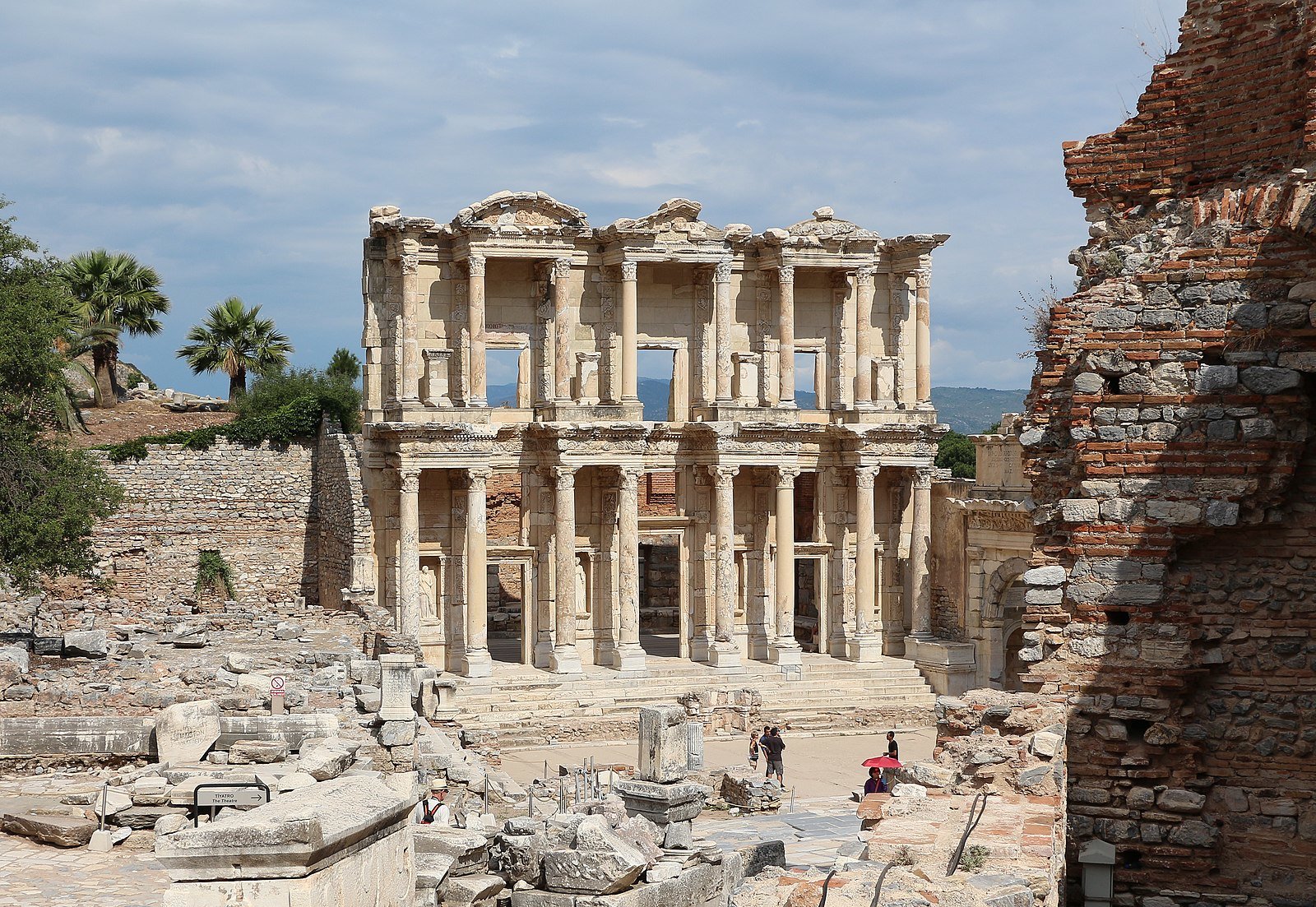 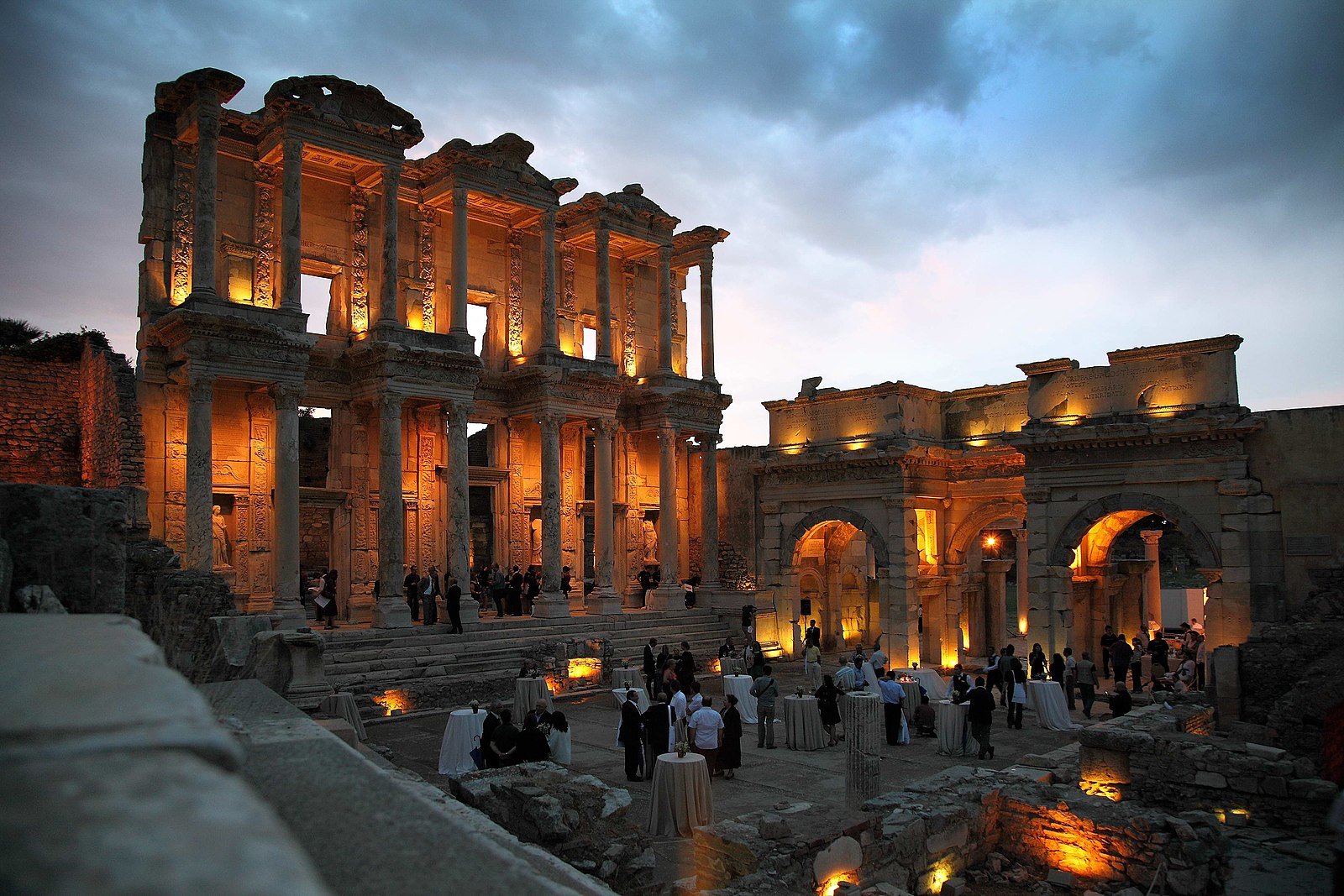 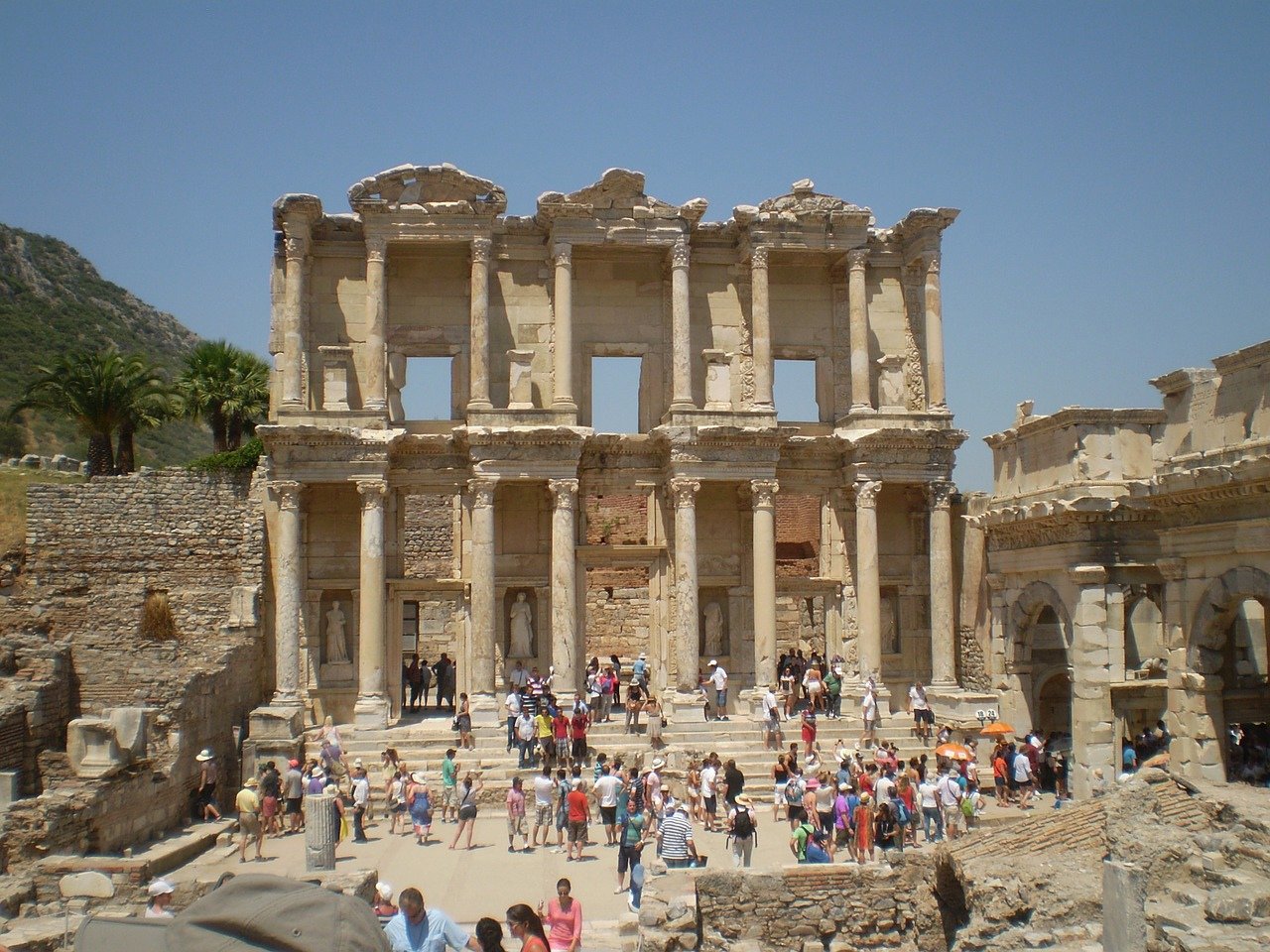 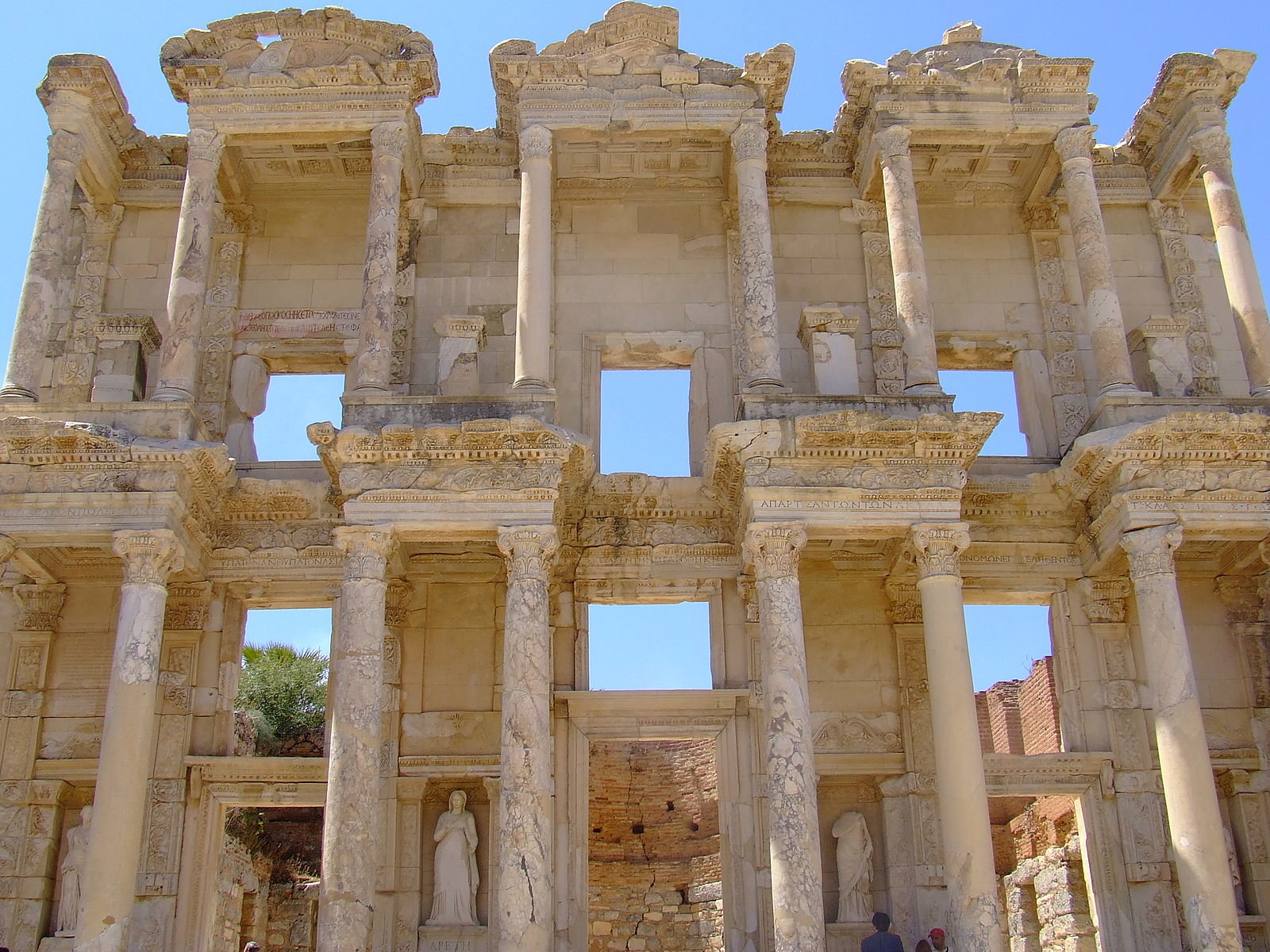 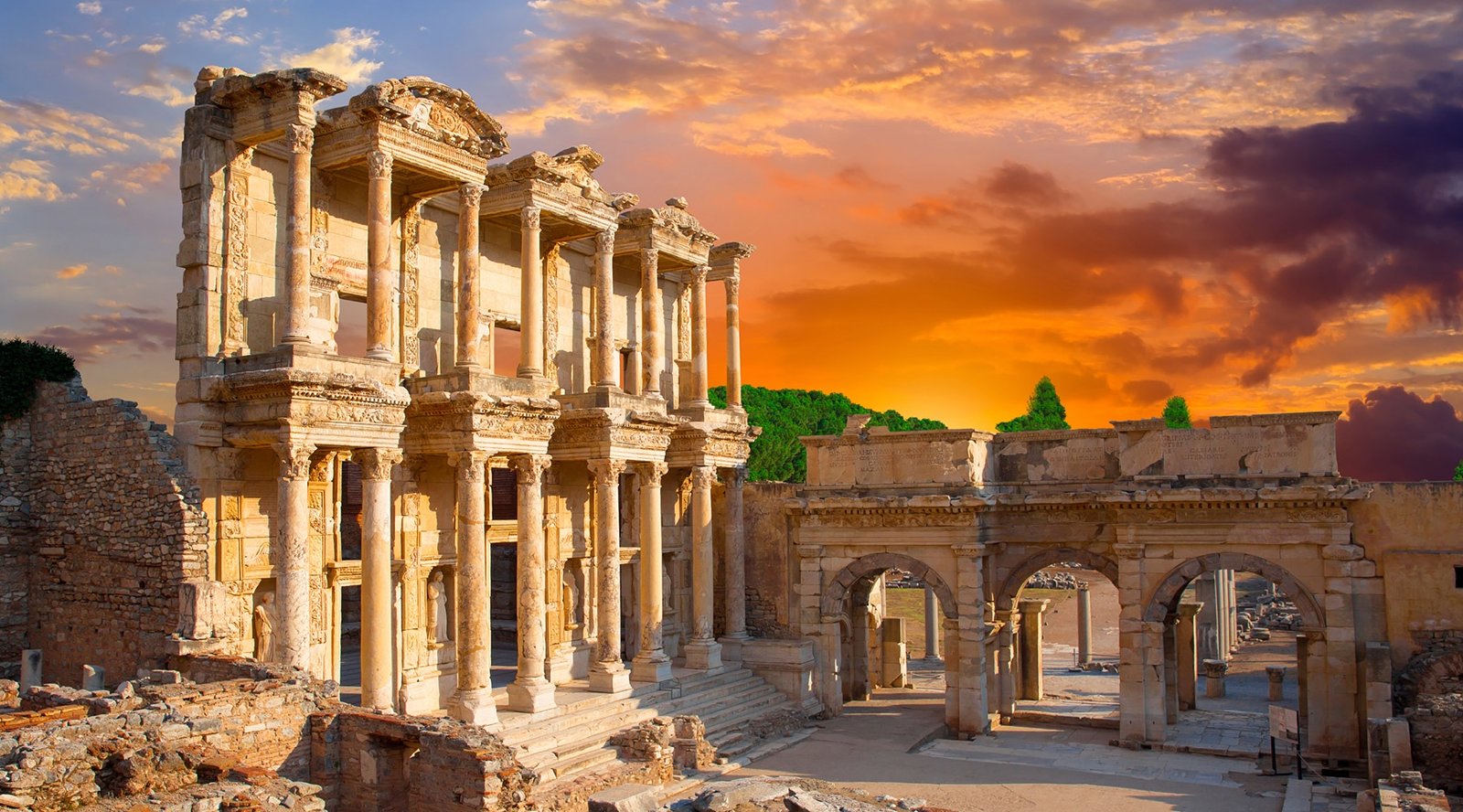 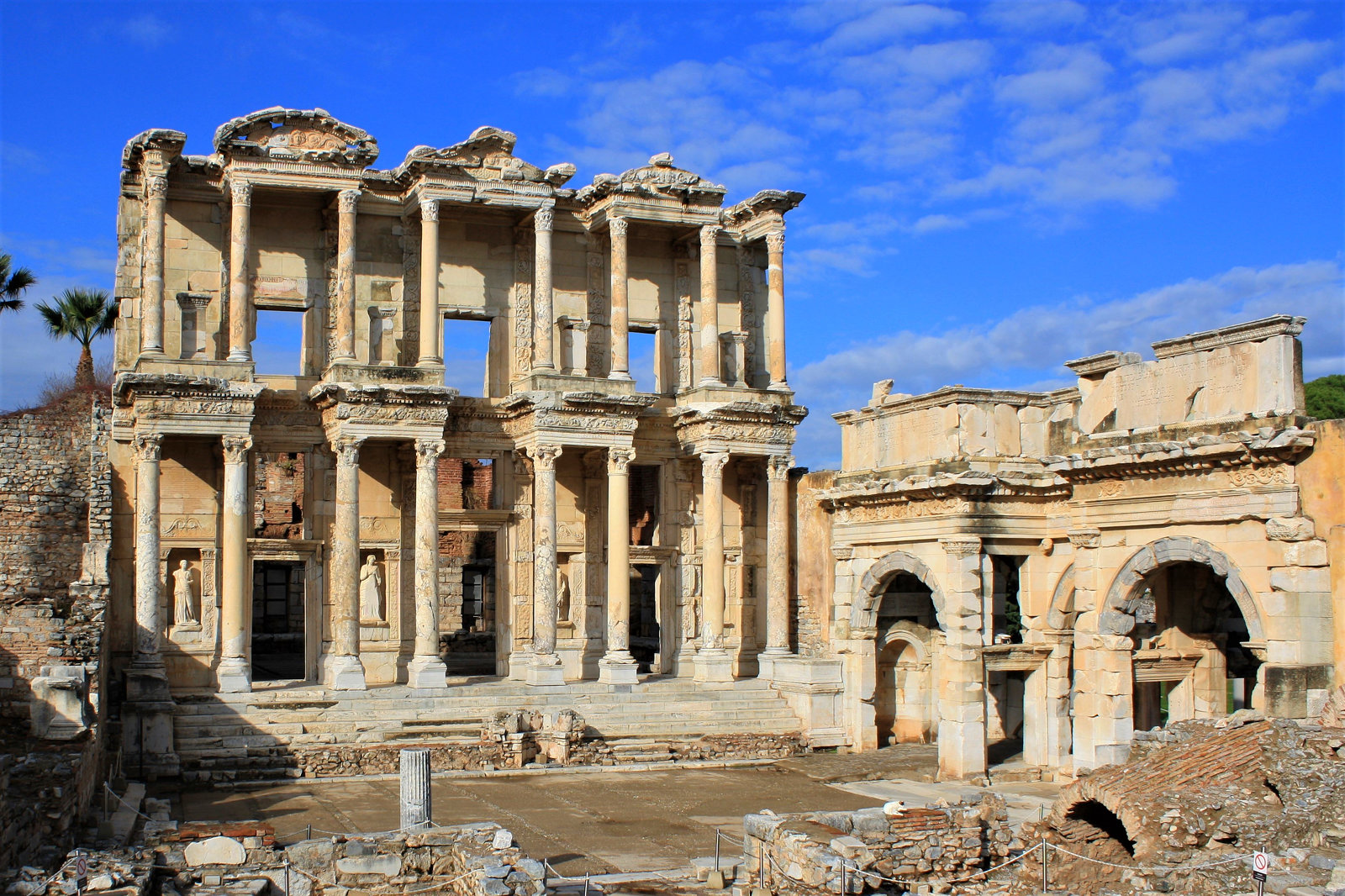 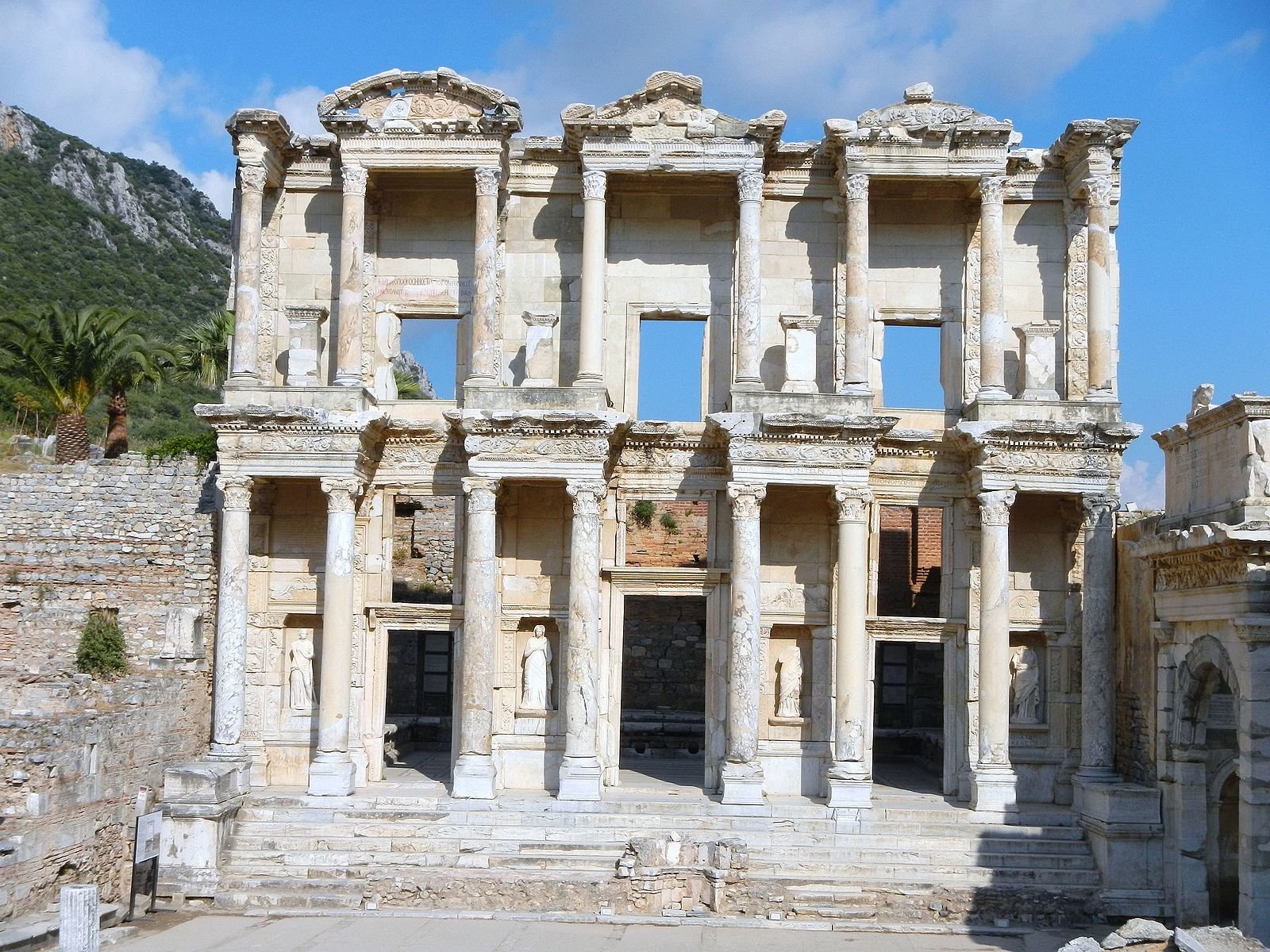 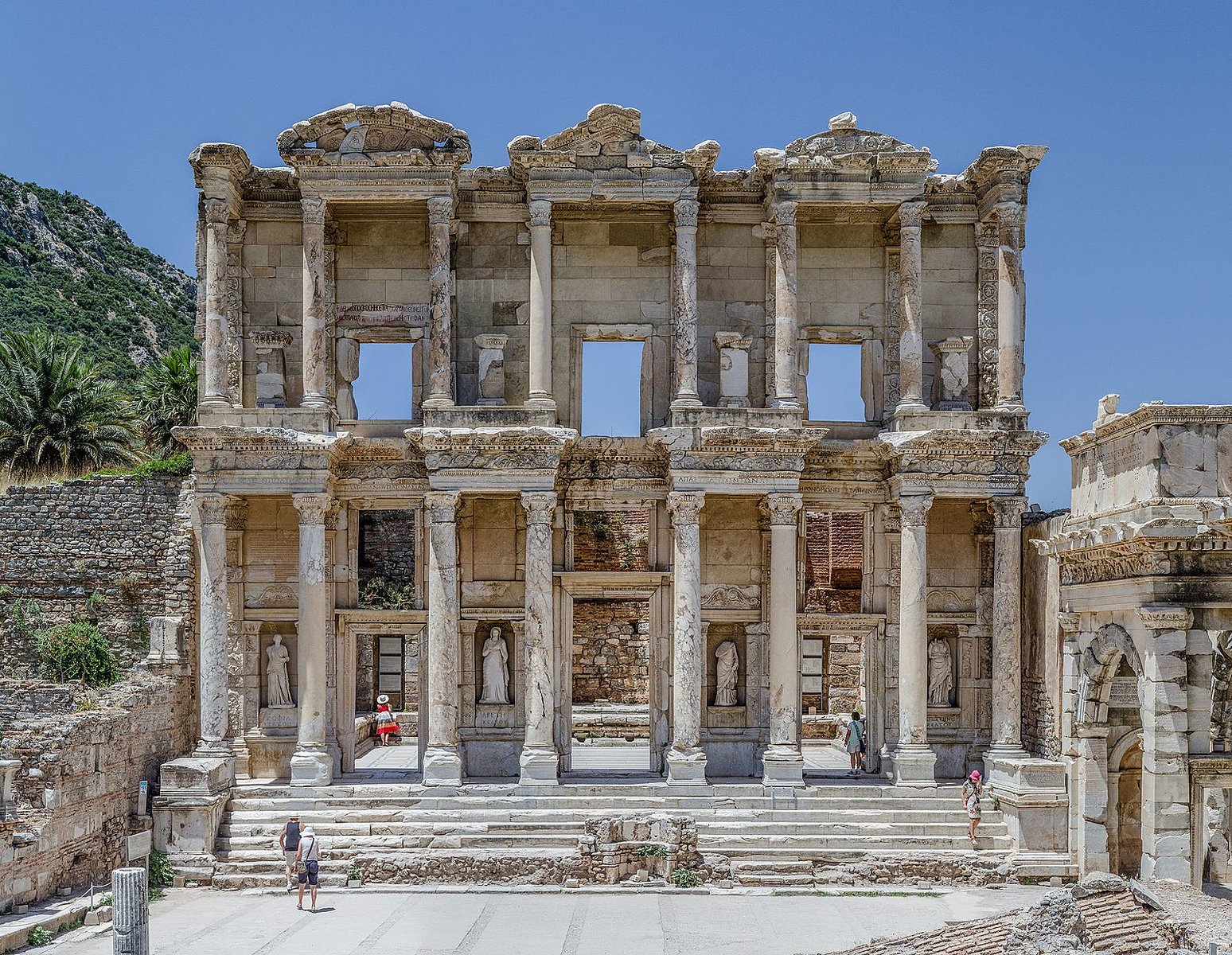 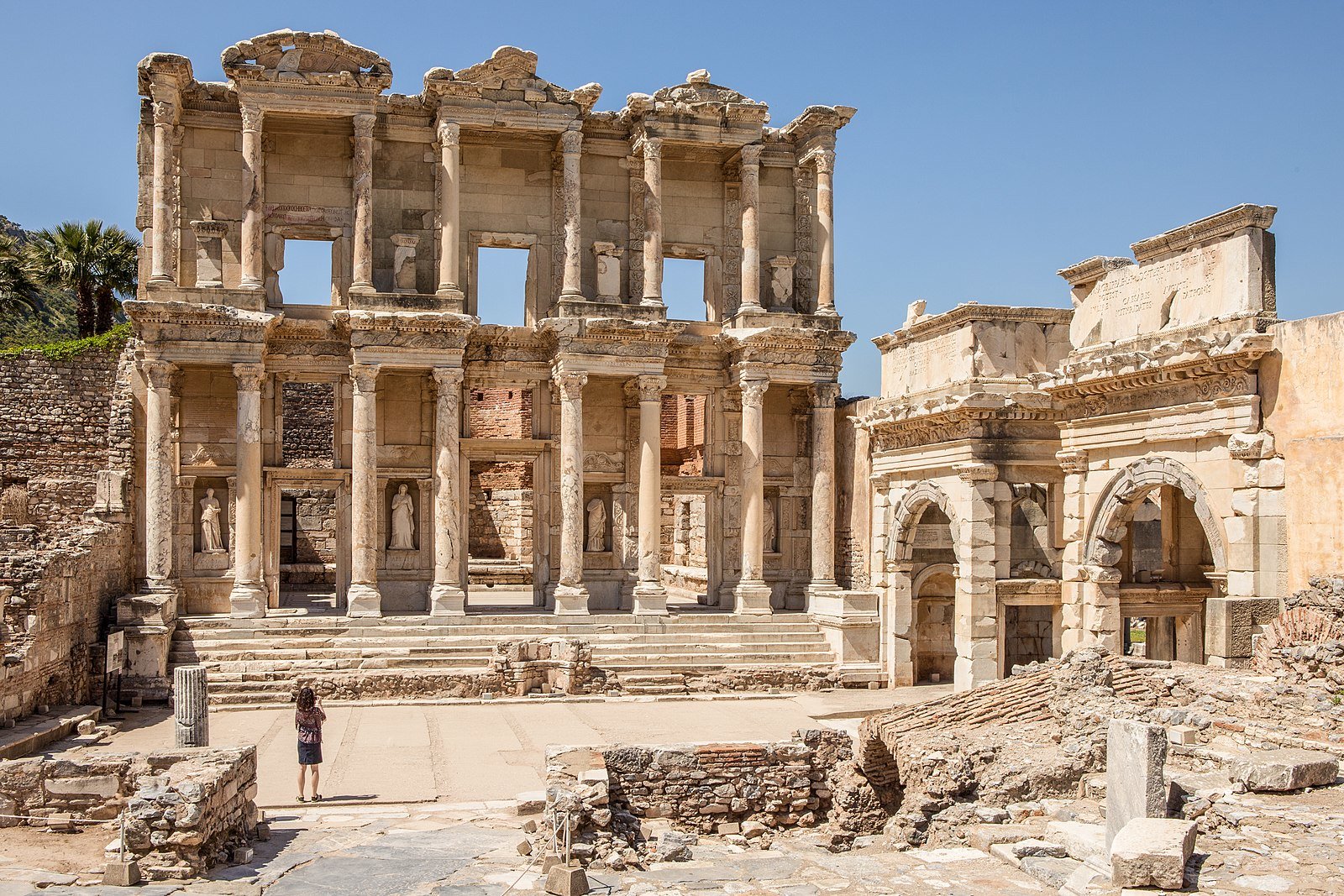 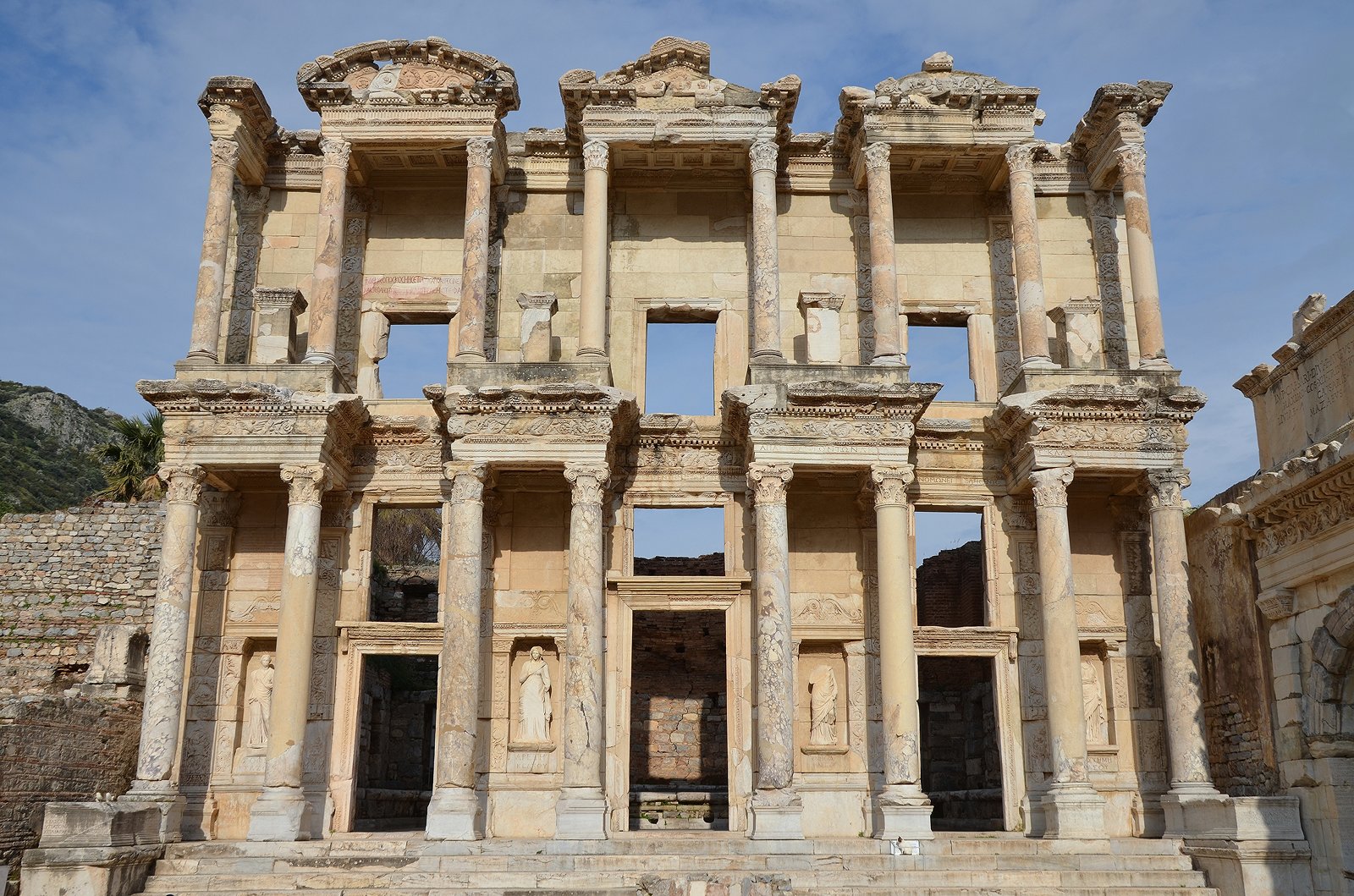 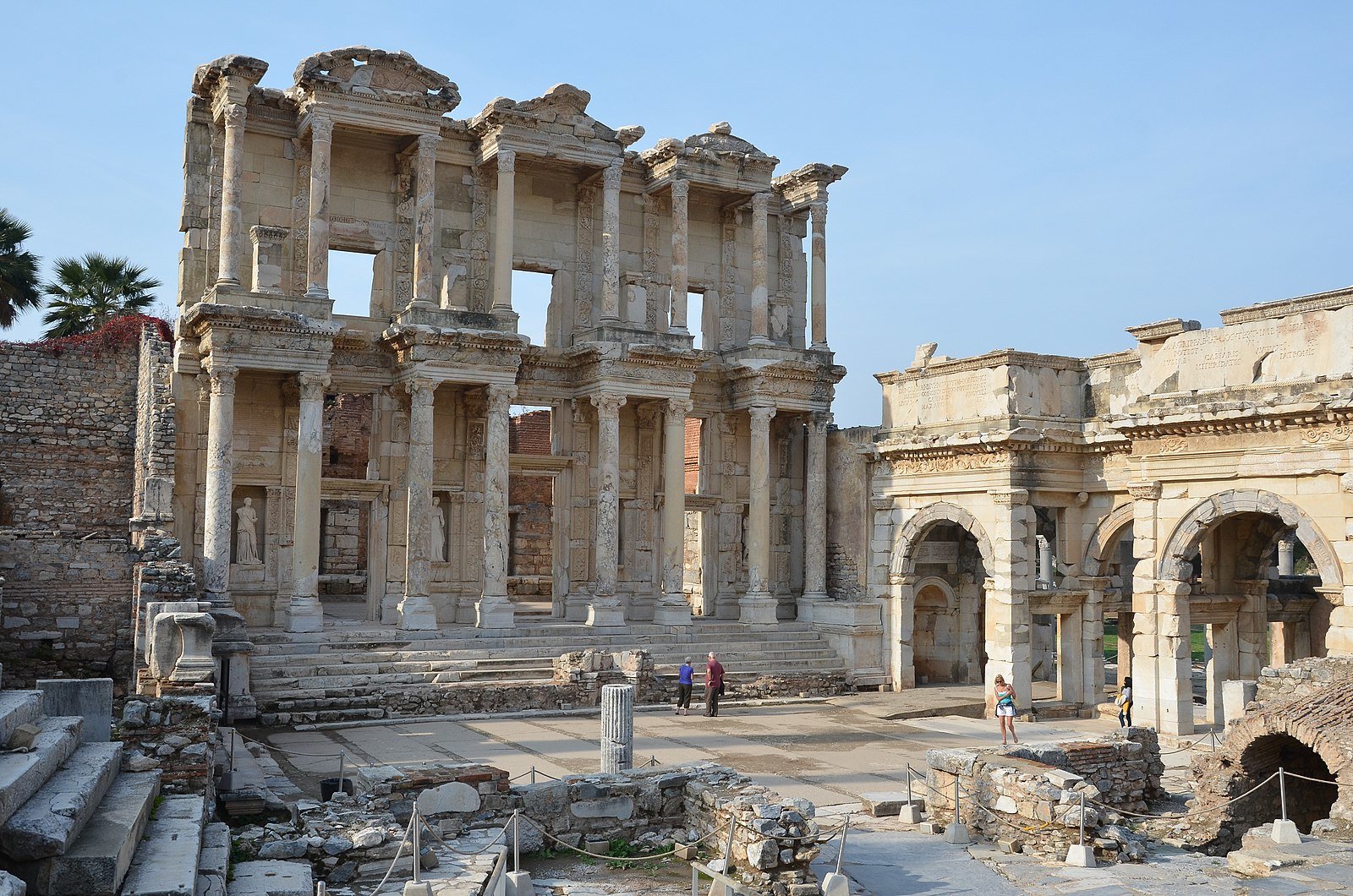 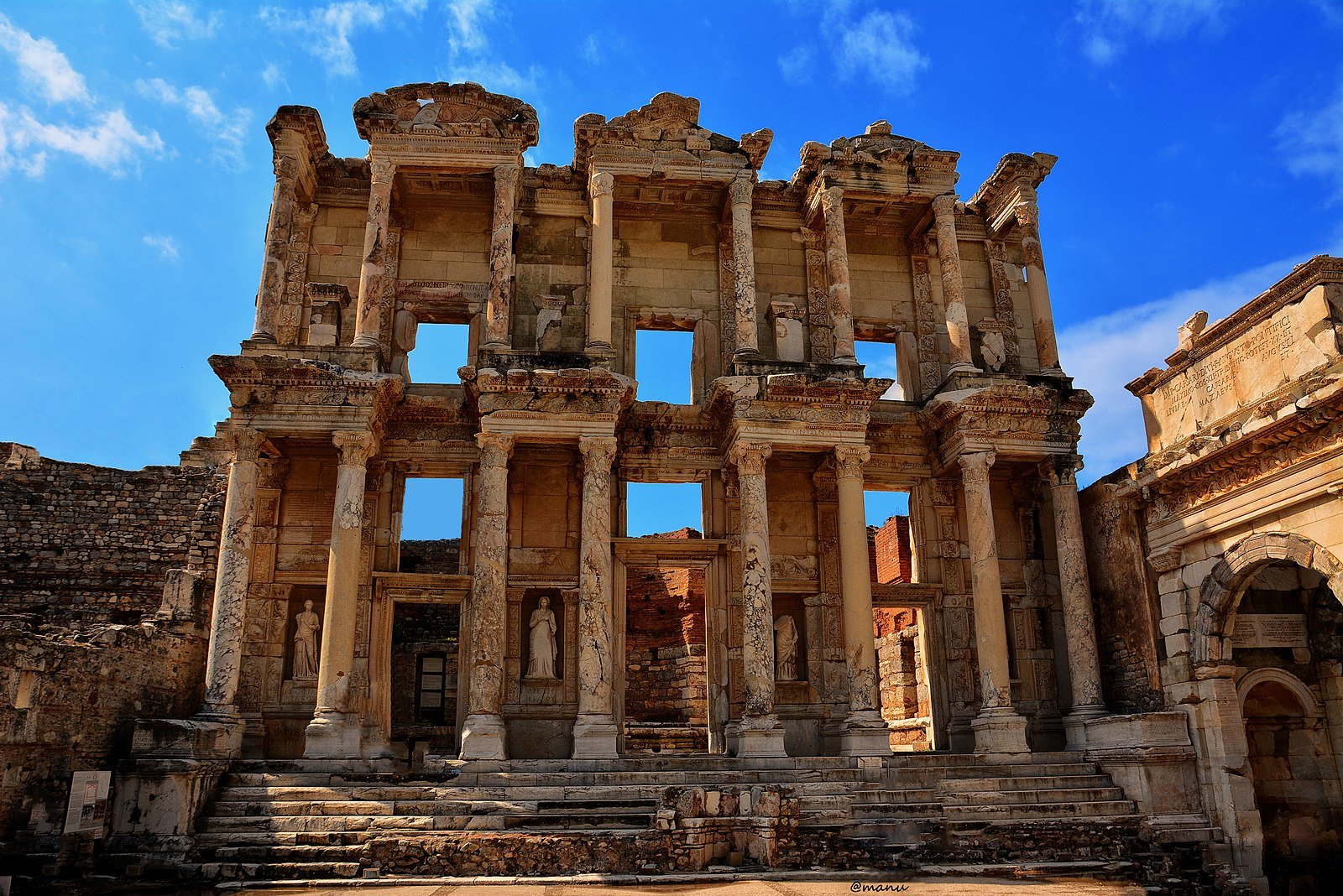 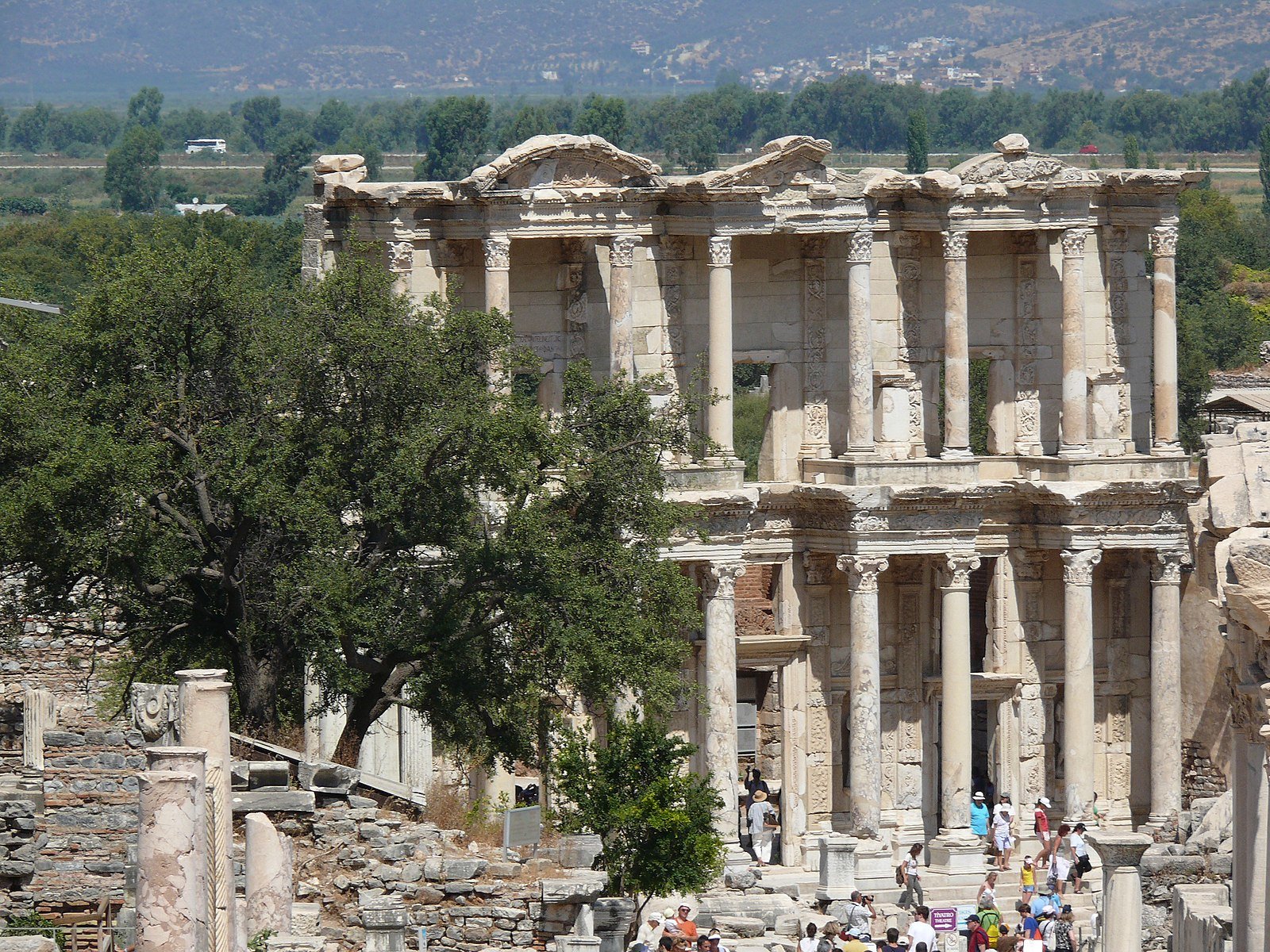 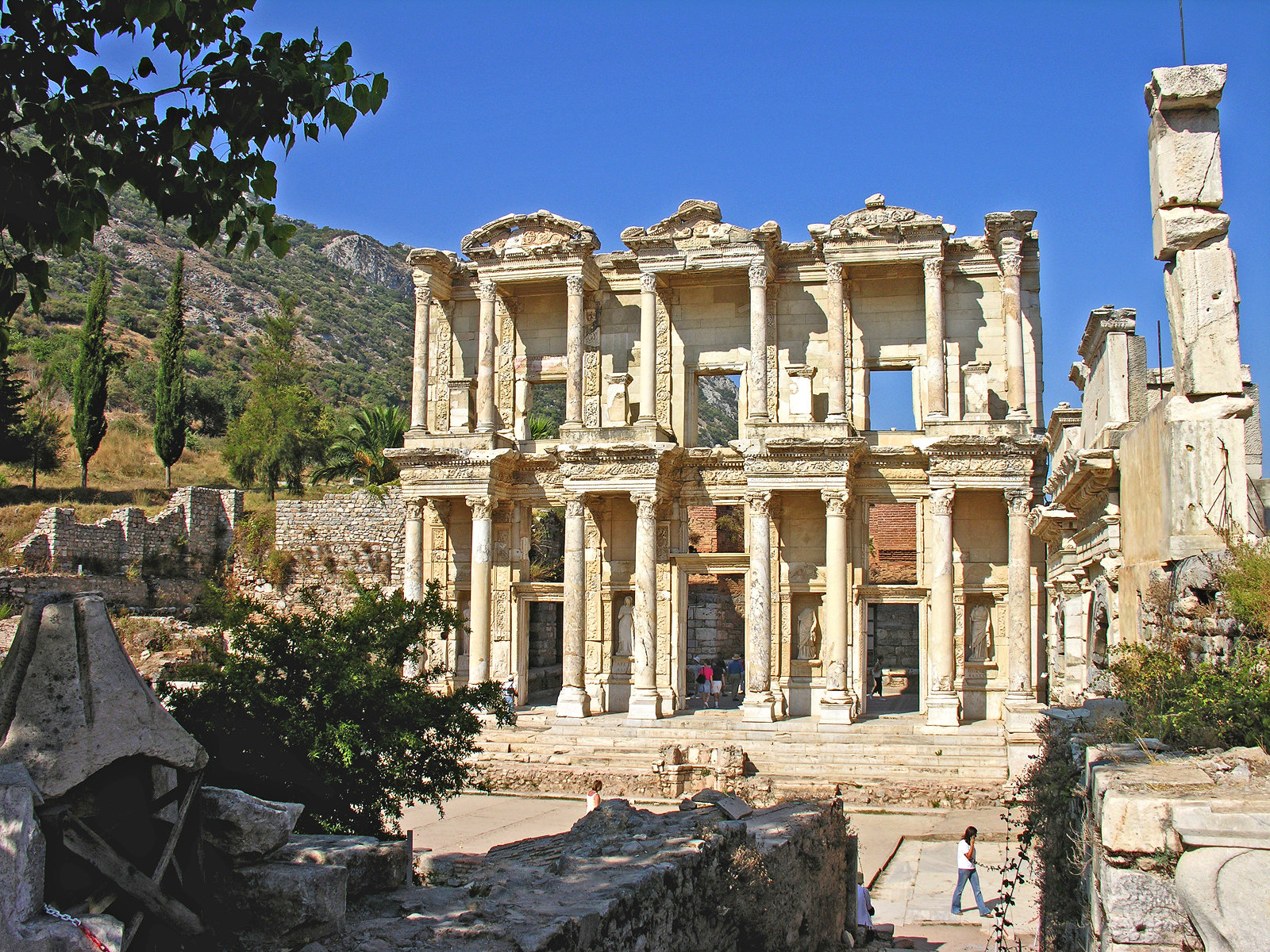 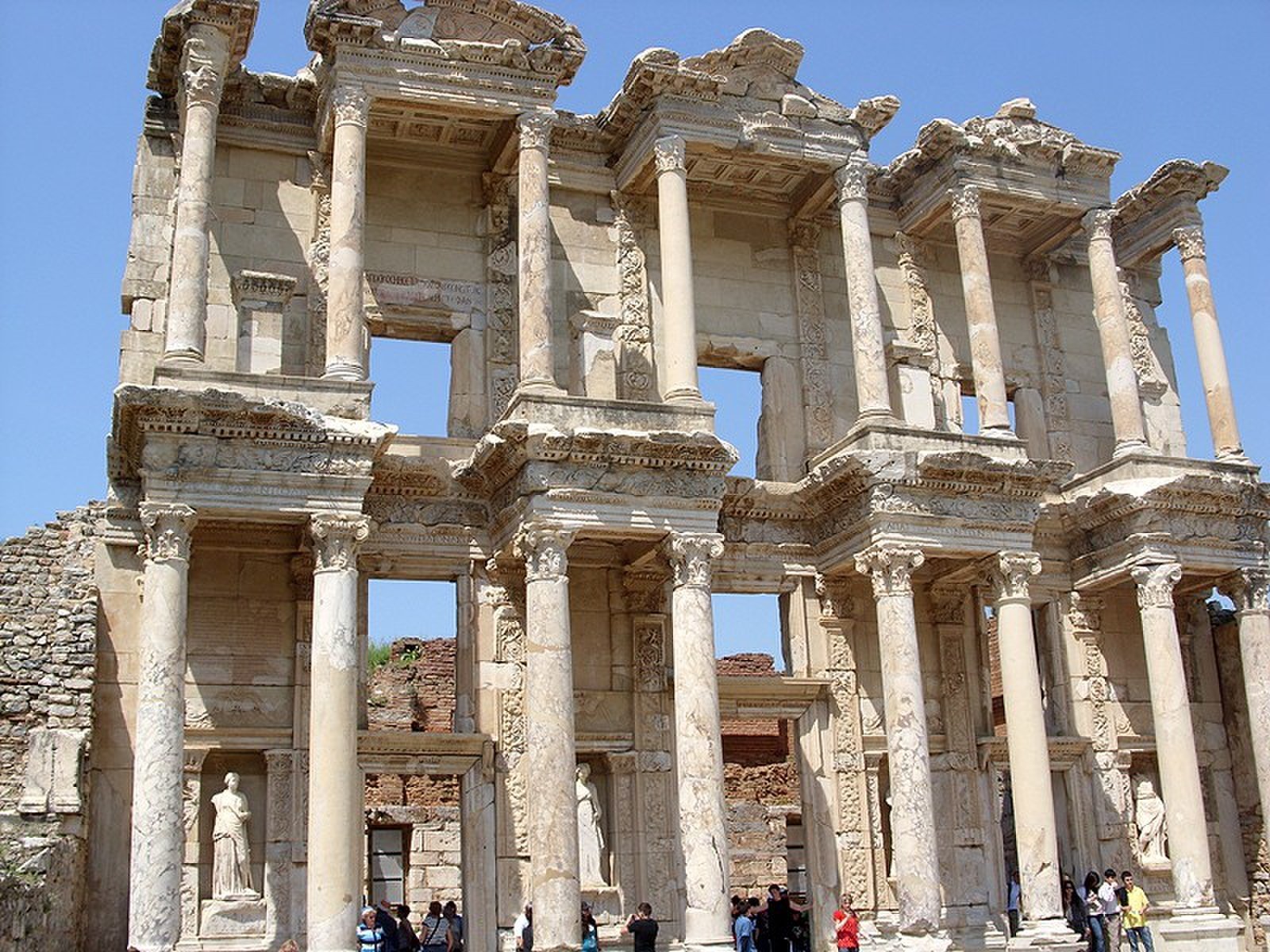 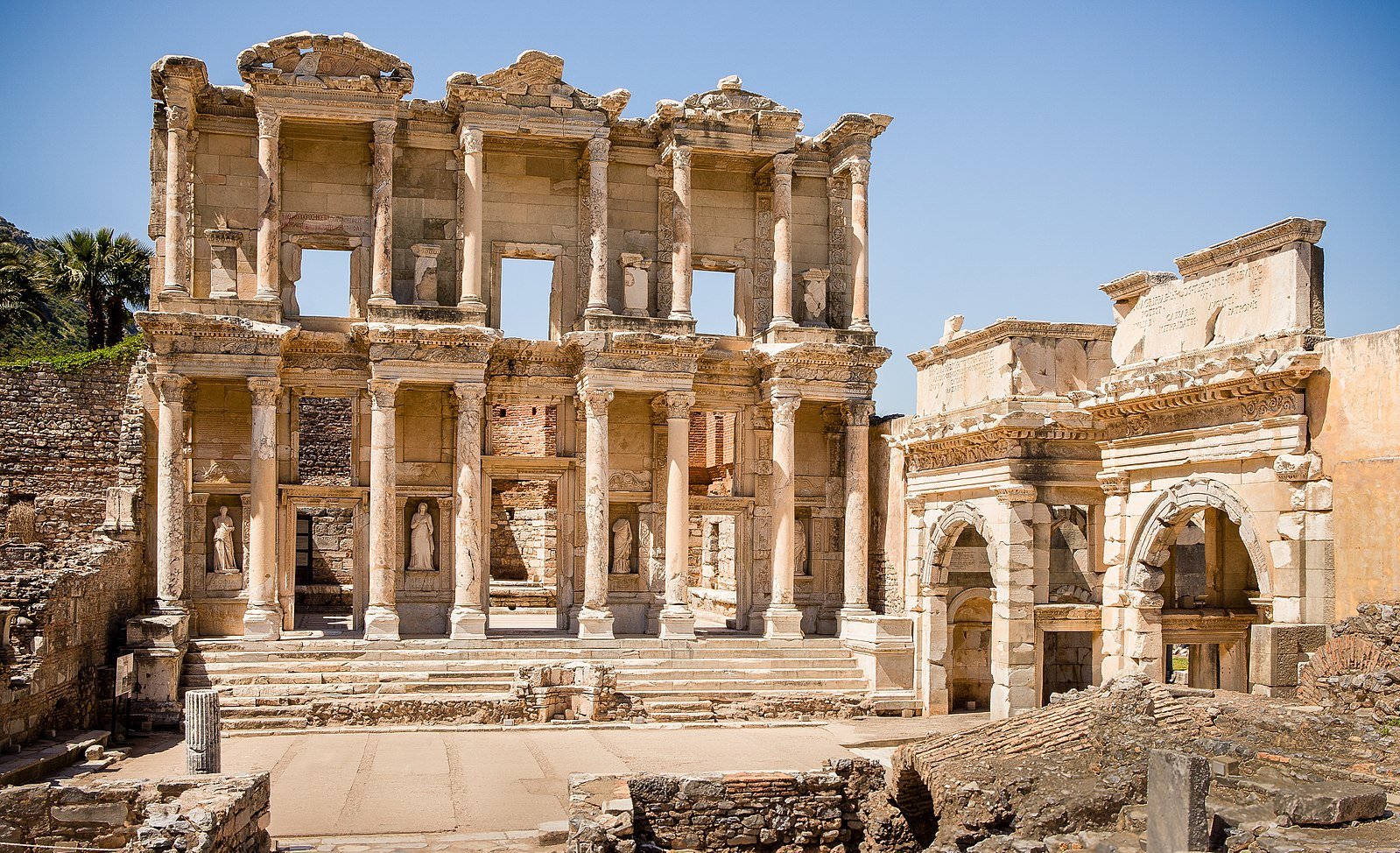 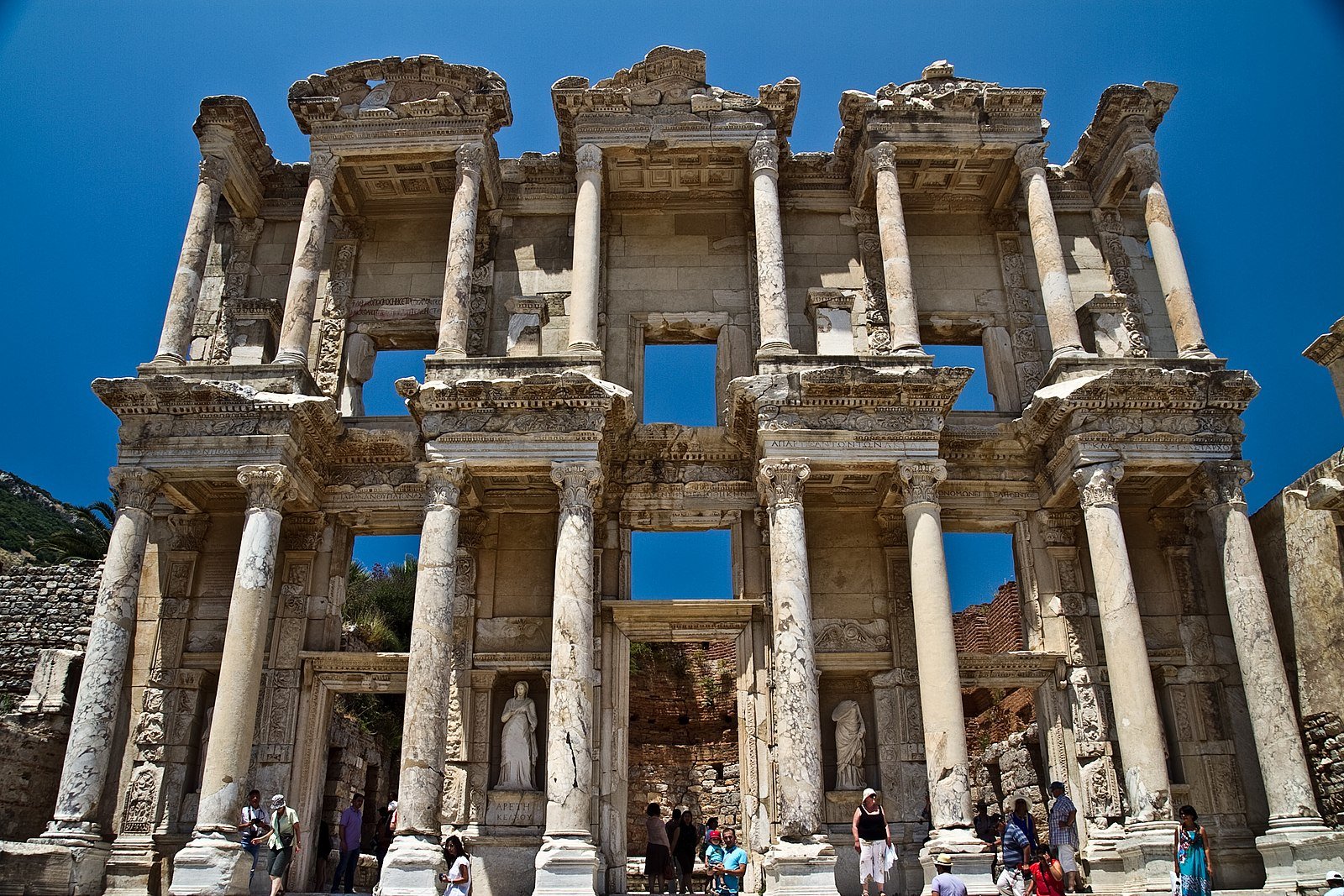