×
What are you looking for?
See all results
Archaeological sites in Vârtopu 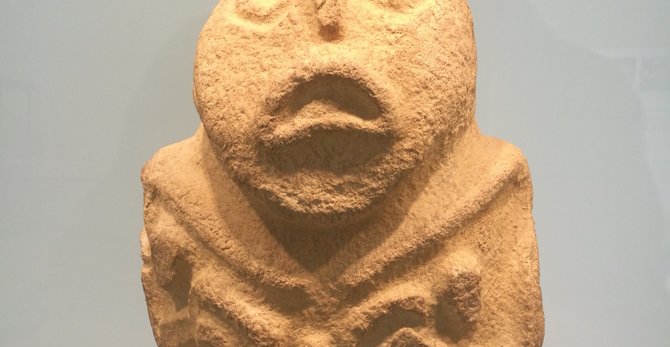 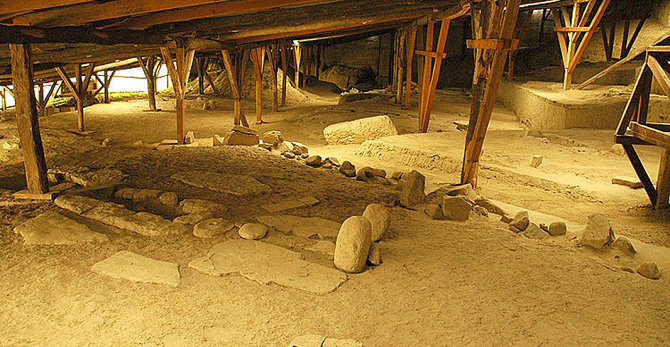 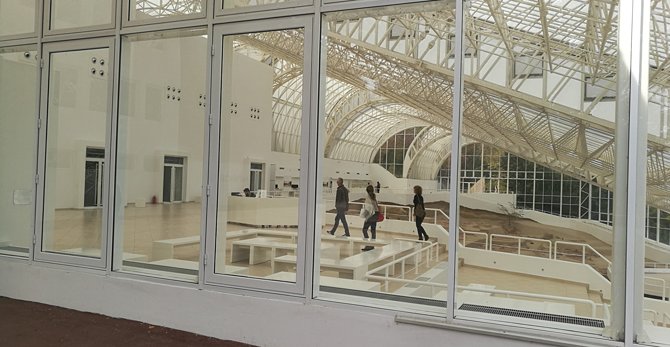 Lepenski Vir (Лепенски Вир, Lepen Whirl) is an important Mesolithic archaeological site located in Serbia in the central Balkan peninsula. It consists of one large settlement with around ten satellite villages. The evidence suggests the first human presence in the locality around 7000 BC with the culture reaching its peak between 5300 BC and 4800 BC. Numerous piscine sculptures and peculiar architecture are testimony to a rich social and religious life led by the inhabitants and the high cultural level of these early Europeans.

Location and history of excavation

Lepenski Vir is located on the banks of the Danube in eastern Serbia, close to the Iron Gates gorge, near Donji Milanovac The first excavations were made on the site in 1965. In 1966 it was listed as a cultural monument of Serbia. It was only in 1967 that its importance was fully understood after the discovery of the first Mesolithic sculptures. The excavations ended in 1971 when the whole site was relocated 29.7m higher to avoid flooding from a new artificial lake created in the Iron Gates gorge. The main contribution to exploration of this site was through the work of professor Dragoslav Srejović of the University of Belgrade. 136 buildings, settlements and altars were found in the initial excavations in 1965-1970.

The main site consists of several archeological phases starting with Proto-Lepenski Vir, then Lepenski Vir Ia-e, Lepenski Vir II and Lepenski Vir III, whose occupation spanned well over a millennium from the Mesolithic to the Neolithic period. A number of satellite villages belonging to the same culture and time period were discovered in the surrounding area. These additional sites include Hajducka Vodenica, Padina, Vlasac, Ikaona, Kladovska Skela and others. Found artifacts include tools made from stone and bones, the remains of houses, and numerous sacral objects including unique stone sculptures.

It is assumed that the people of Lepenski Vir culture represent the descendants of the early European population of the Brno-Předmost hunter gatherer culture from the end of the last ice age. Archeological evidence of human habitation of the surrounding caves dates back to around 20,000 BC. The first settlement on the low plateau dates back to 7000 BC, a time when the climate became significantly warmer.

The development of the settlement was strongly influenced by the topology of the surrounding area. It sat on a narrow plateau on the banks of the river, squeezed between cliffs and the flow of the Danube. As such it offered only limited resources in terms of food, raw materials and living space. This is reflected in the findings from the earliest layer. Proto-Lepenski Vir represents only a small settlement of maybe just 4 or 5 families with fewer than a hundred inhabitants. The primary food source of the inhabitants was probably fishing. Fishing communities of this type are typical for the wider Danube valley region during this period.

In later periods the problems of overpopulation of the original settlement became evident. At this time important sociological change occurred, a change that makes Lepenski Vir a truly outstanding culture in the Mesolithic era.

Archaeological findings in the surrounding area show evidence of temporary settlements, probably built for the purpose of hunting and gathering of food or raw materials. This suggests a complex semi-nomadic economy with managed exploitation of resources in the area not immediately surrounding the village, something remarkable for the traditional view of Mesolithic people of Europe. More complexity in an economy leads to professional specialization and thus to social differentiation.

This is clearly evident in the layout of the Lepenski Vir Ia-e settlement. The village is well planned. All houses are built according to one complex geometric pattern. These remains of houses constitute the distinct Lepenski Vir architecture, one of the important achievements of this culture. The main layout of the village is clearly visible. The dead were buried outside the village in an elaborate cemetery. The only exceptions were apparently a few notable elders who were buried behind the fireplaces in houses, according to a religious ritual.

The complex social structure was dominated by a religion which probably served as a binding force for the community and a means of coordination of activity for its members. Numerous sacral objects that were discovered in this layer support this theory. The most remarkable examples are piscine sculptures, unique to the Lepenski Vir culture, which represent one of the first examples of monumental sacral art on European soil.

Lepenski Vir gives us a rare opportunity to observe the gradual transition from the hunter gatherer way of life of early humans to the agricultural economy of the Neolithic. More and more complex social structure influenced the development of planning and self-discipline necessary for agricultural production.

Once agricultural products became a commodity, a new way of life replaced the old social structure. Distinct characteristics of Lepenski Vir culture, its house architecture and fish sculptures, disappeared gradually. Lepenski Vir III is representative of a Neolithic site and is more typical of other sites across a much wider area. The exact mechanism of this transition remains unclear, but the evidence suggests development through evolution rather than outside invasion.

Seven successive settlements were discovered on the Lepenski Vir site, with the remains of 136 residential and sacral buildings dating from 6500 BC to 5500 BC.

All the settlements follow the shape of the underlying terrain, a horseshoe-shaped plateau. Settlements always face the direction of the river, which was the obvious focus of life for its inhabitants. The basic layout of the settlement consists of two separate wings and a wide empty central space which served the purpose of a village square or meeting place. The settlement is radially divided with numerous pathways leading to the edge of the river. The outer edges of the village are parallel to the surrounding cliffs.

Domestic objects represent the transition from tent structure to house. All the houses share a very distinct shape, built according to a complicated geometric pattern. The basis of each of the houses is a circle segment of exactly 60 degrees, constructed in the manner of an equilateral triangle. This unique layout demonstrates the level of mathematical and geometric knowledge of the inhabitants of Lepenski Vir. The peculiar choice of the equilateral triangle as a basis instead of the more common round or rectangular form suggests the significance of numbers in the lives of the settlement's inhabitants.

The interior of each house includes a fireplace in the form of an elongated rectangle, placed on the long axis of the floorplan. These fireplaces were built from massive rectangular stone blocks. The fireplaces are further extended with stone block to create some kind of a small shrine in the back of the house. These shrines were always decorated with sculptures carved from massive round river stones and represent perhaps river gods or ancestors. Another significant feature of the houses is a shallow circular depression in the ground placed precisely in the exact middle. This may represent some kind of an altar.

The earliest sculptures found on the site date to the time of Lepenski Vir Ib settlement. They are present in all the following layers until the end of the distinct Lepenski vir culture. All the sculptures were carved from round sandstone cobbles found on the river banks.

The sculptures can be separated in two distinct categories, one with simple geometric patterns and the other representing humanoid figures. The latter are the most interesting. All of these figural sculptures were modelled in a naturalistic and strongly expressionistic manner. Only the head and face of the human figures were modelled realistically, with strong brow arches, an elongated nose, and a wide, fish-like mouth. Hair, beard, arms and hands can be seen on some of the figures in a stylized form. Many fish-like features can be noticed. Along with the position which these sculptures had in the house shrine, they suggest a connection with river gods.

Vladimir Nojkovic
More than 8000 years ago people developed their own culture here! 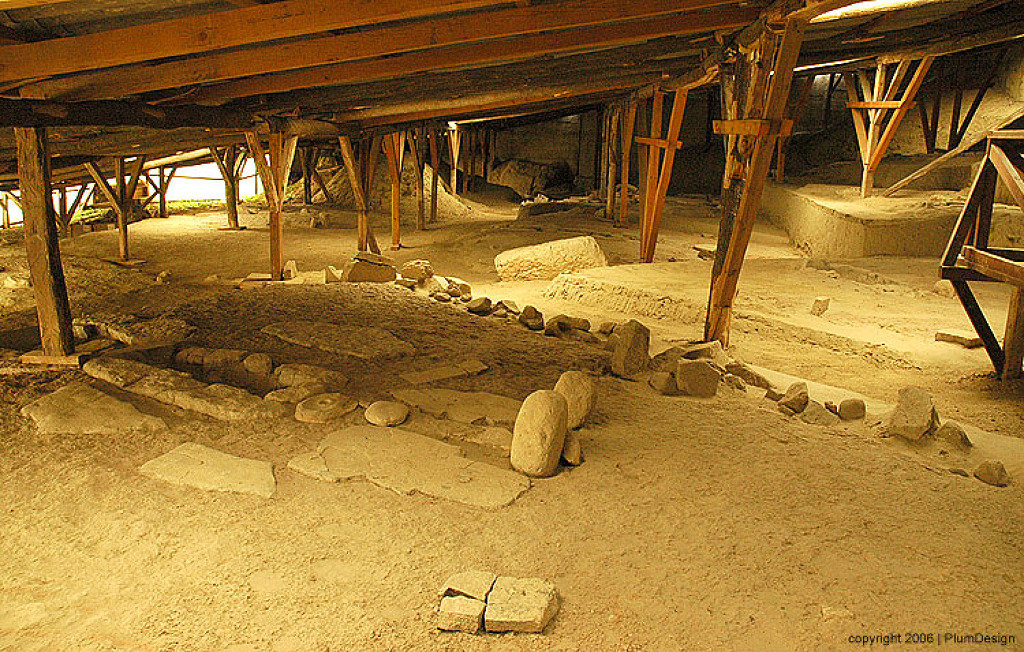 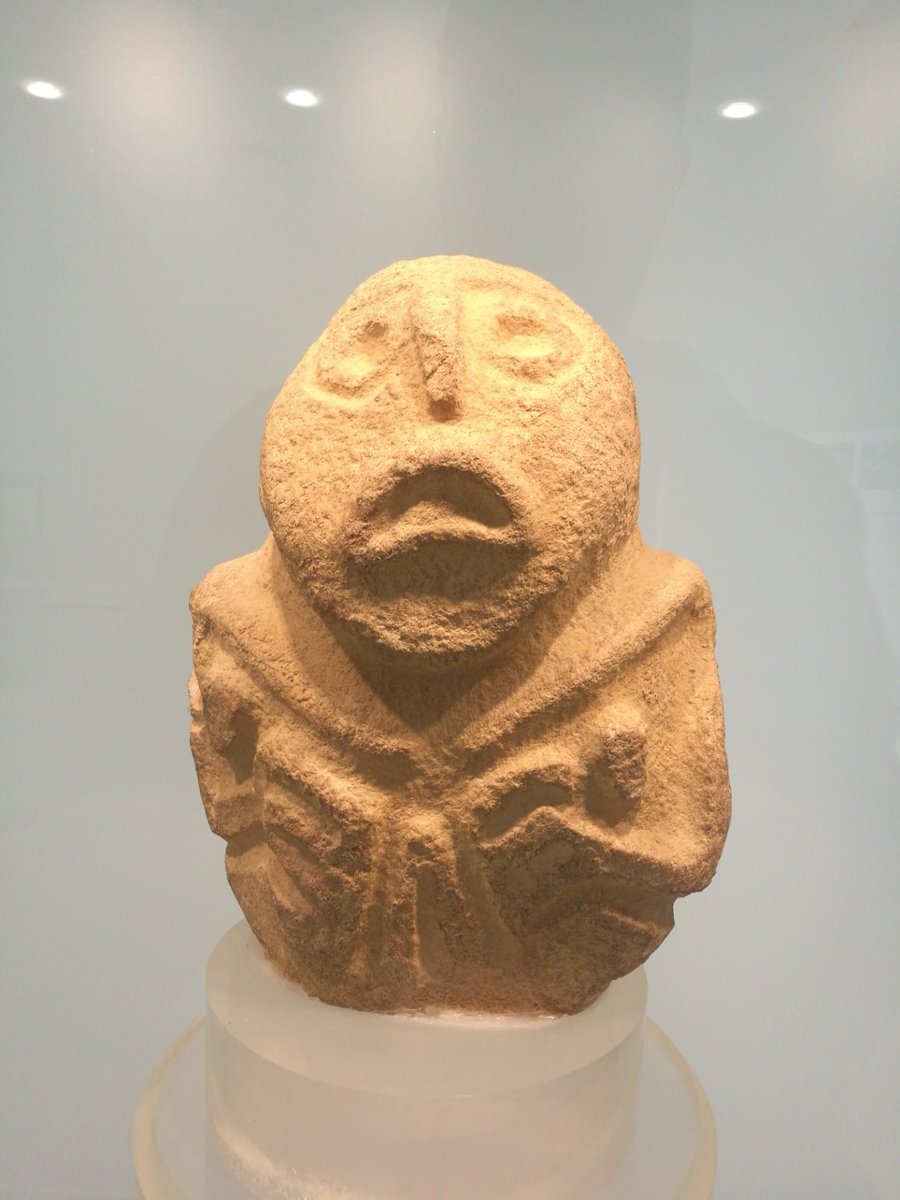 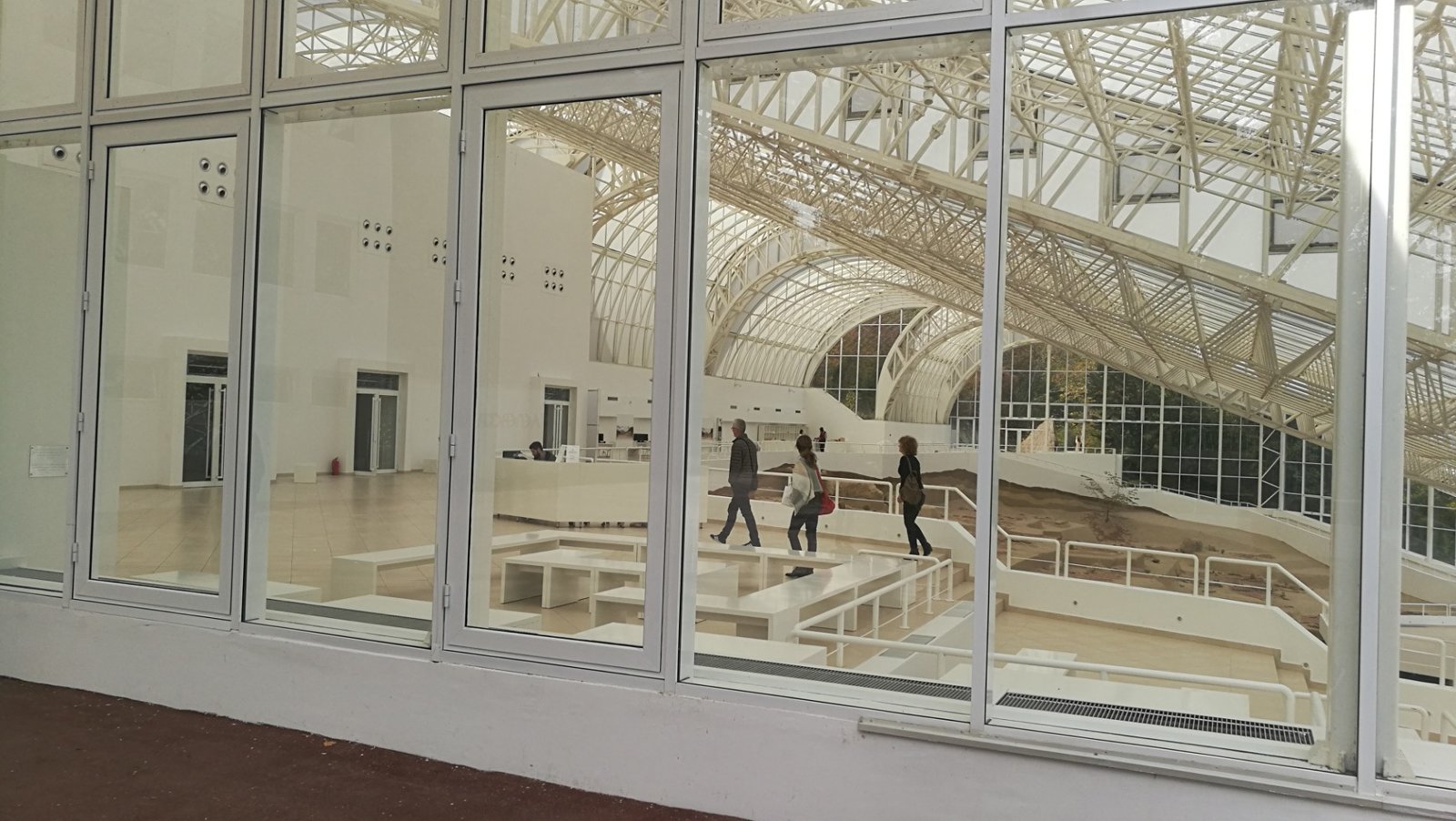 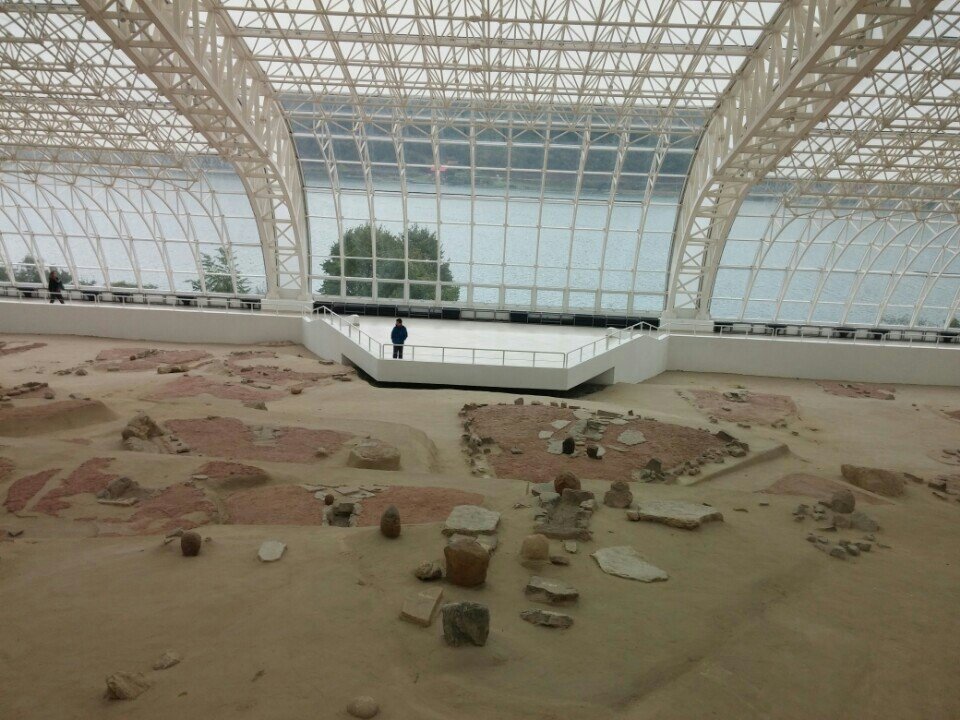 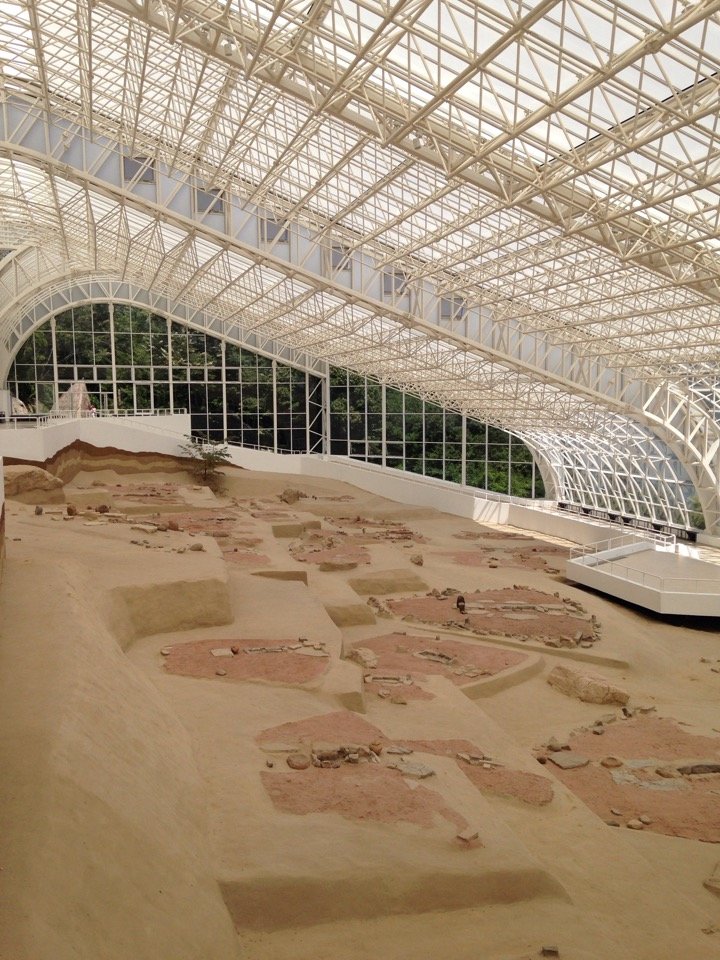 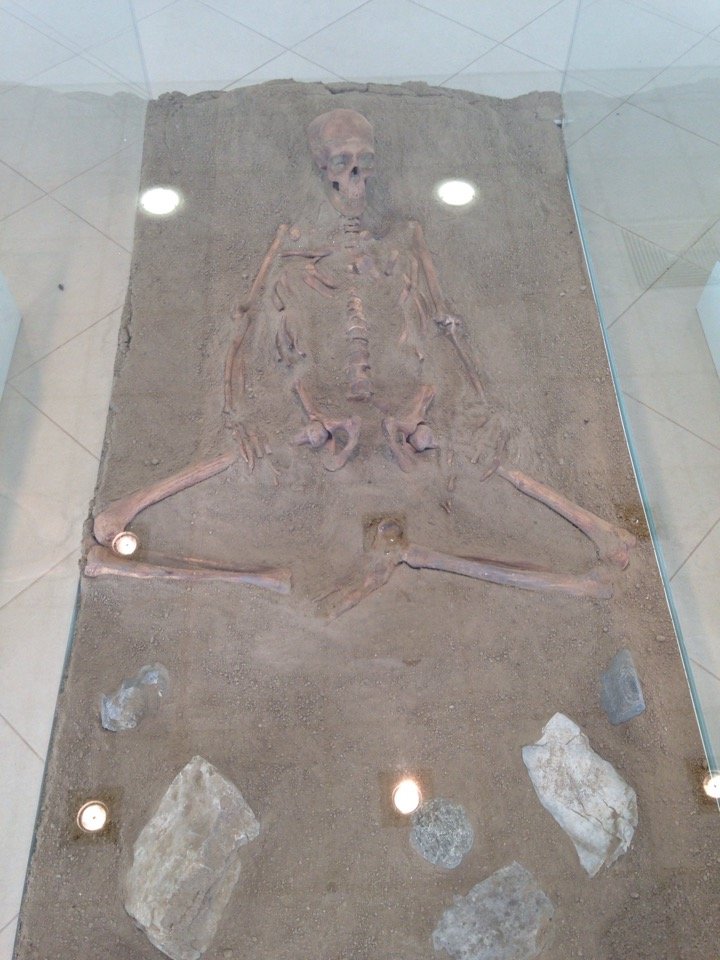 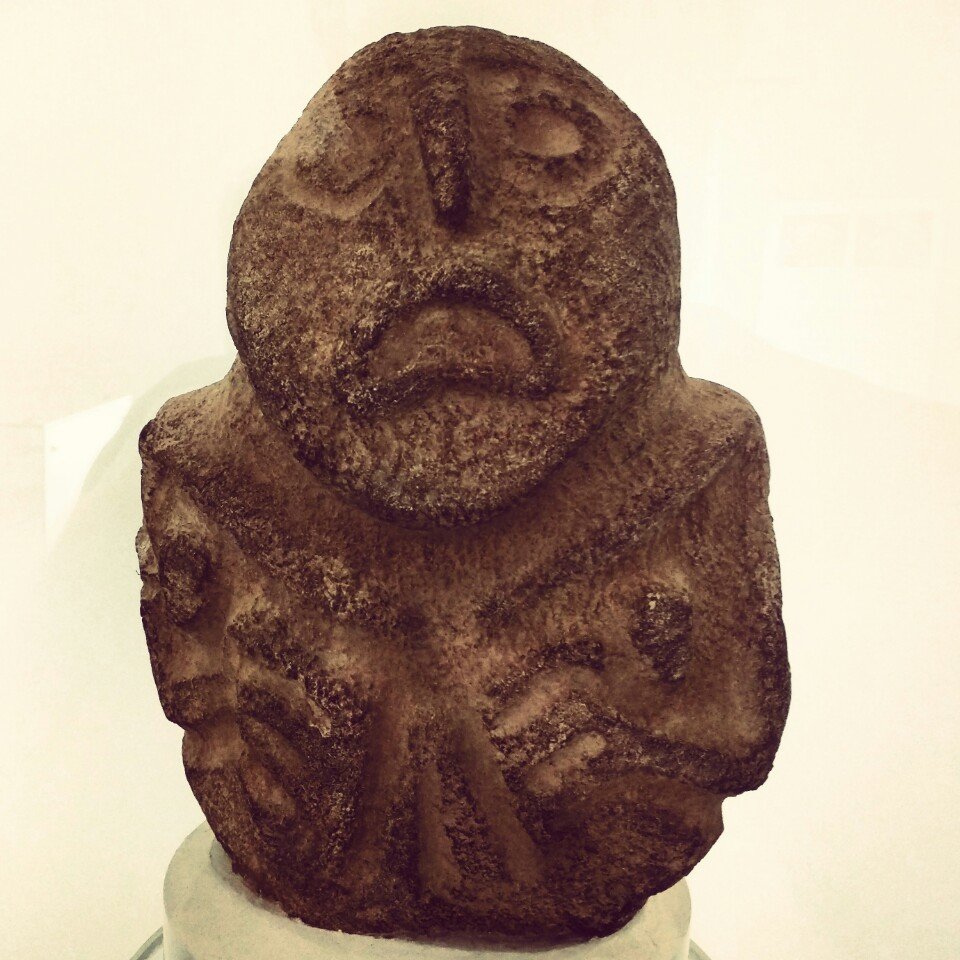 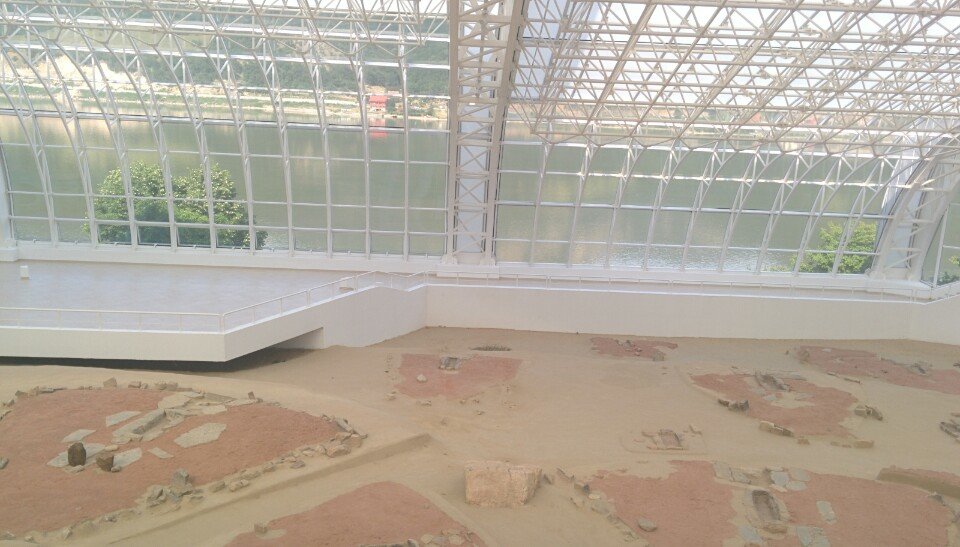 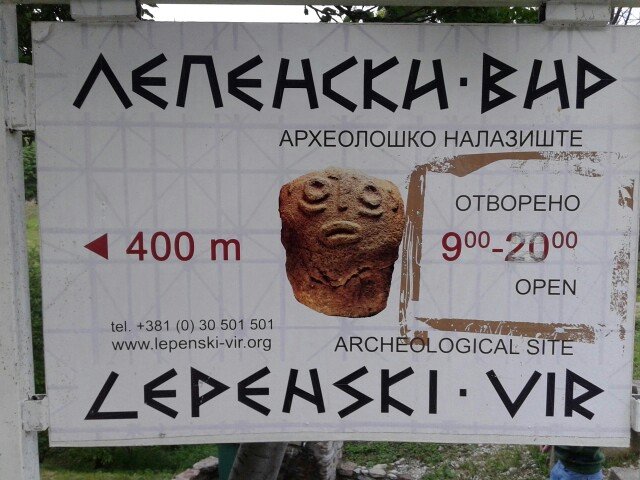 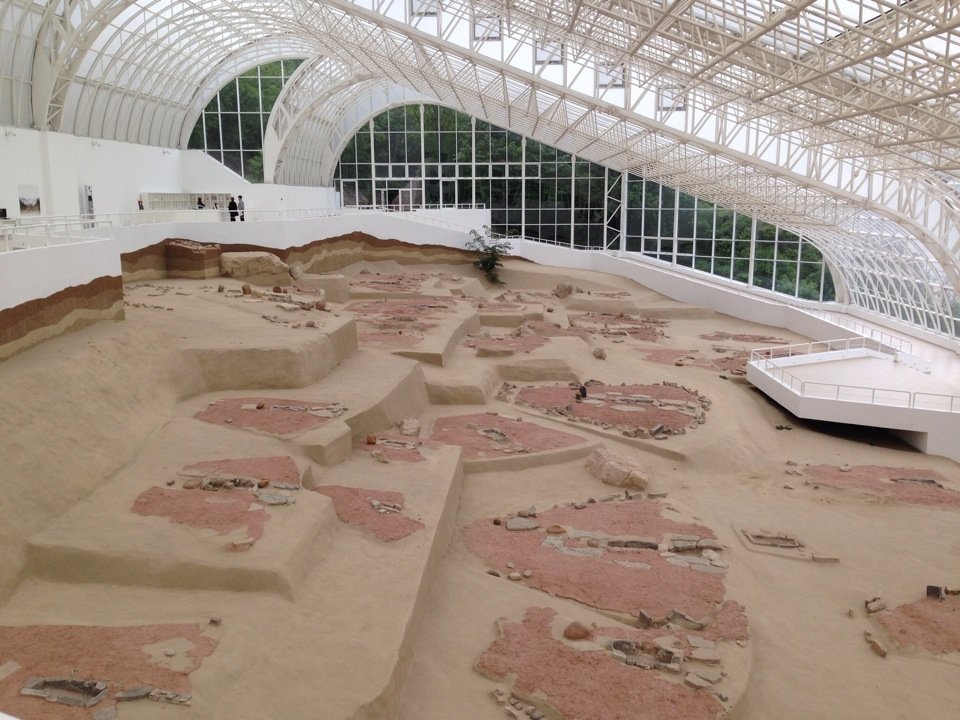 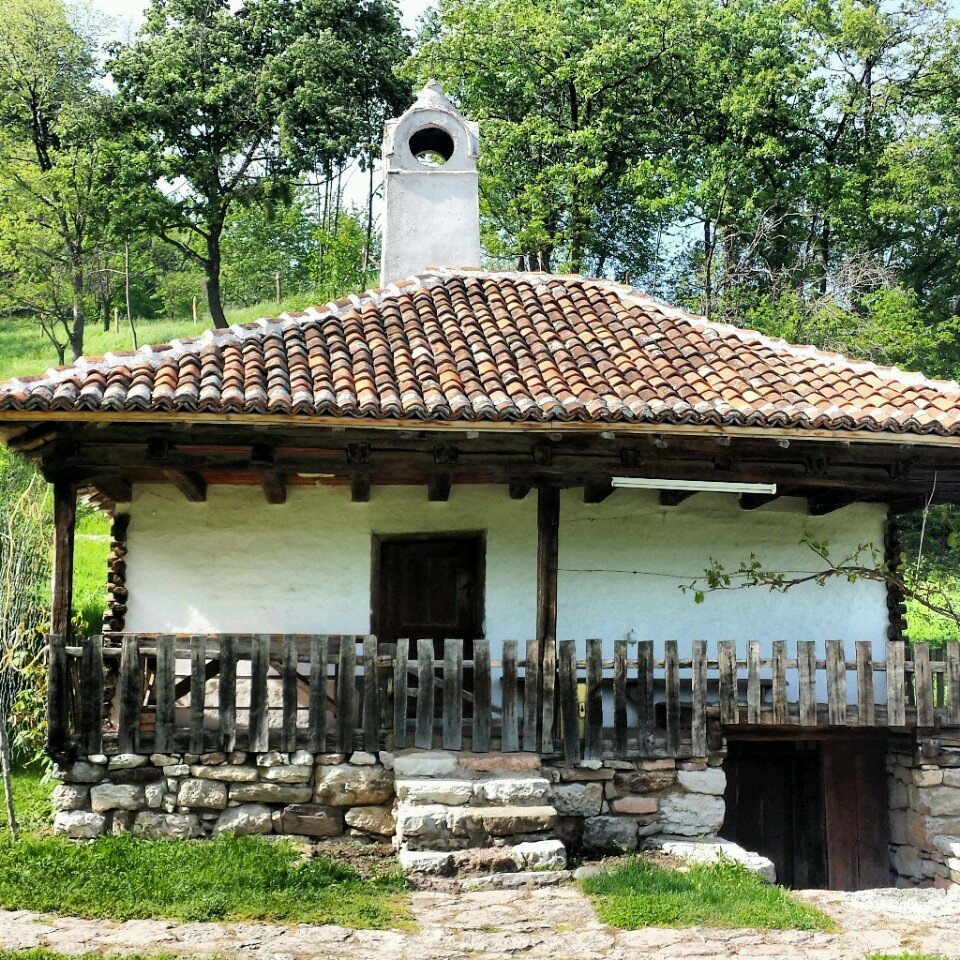 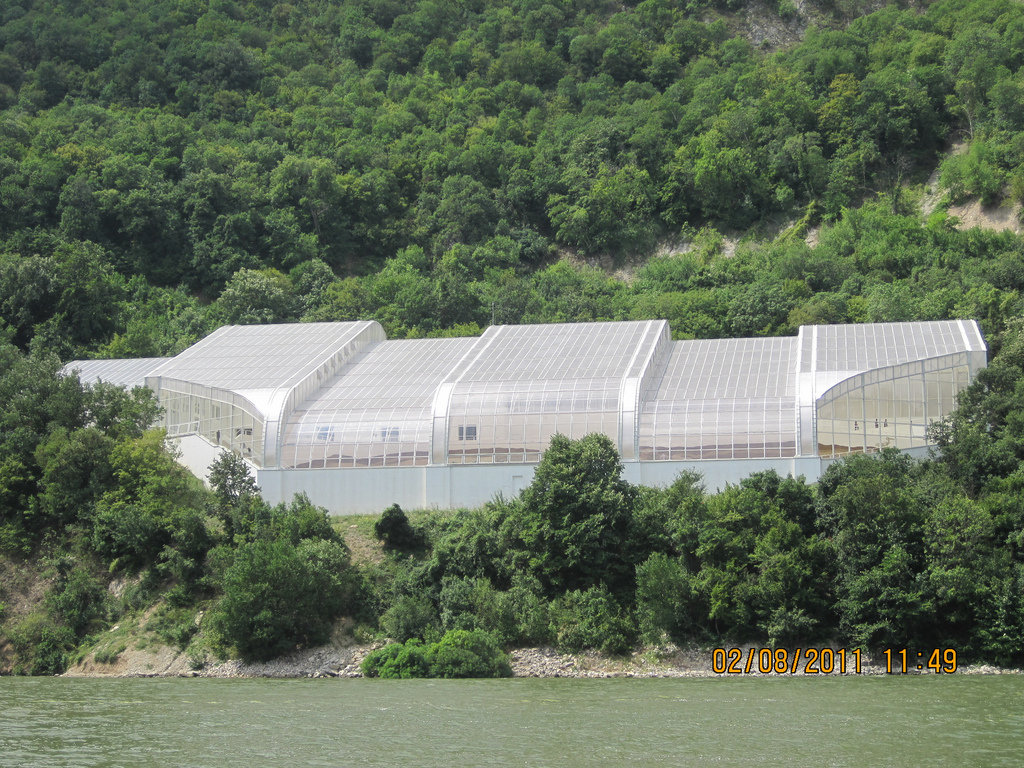 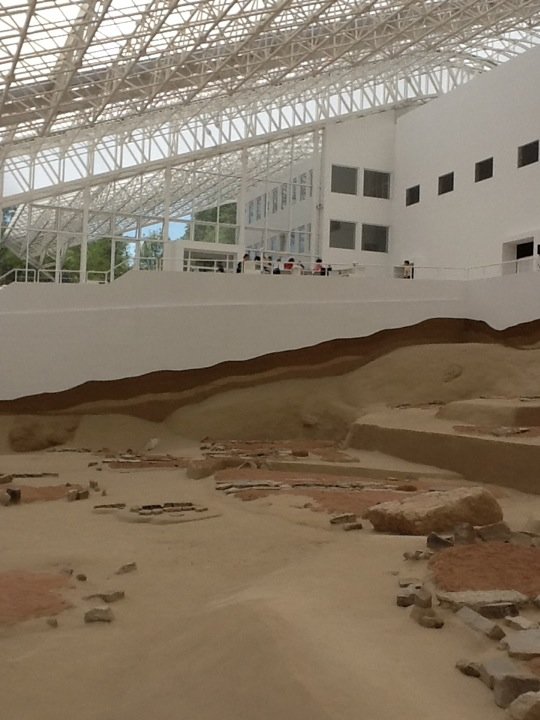 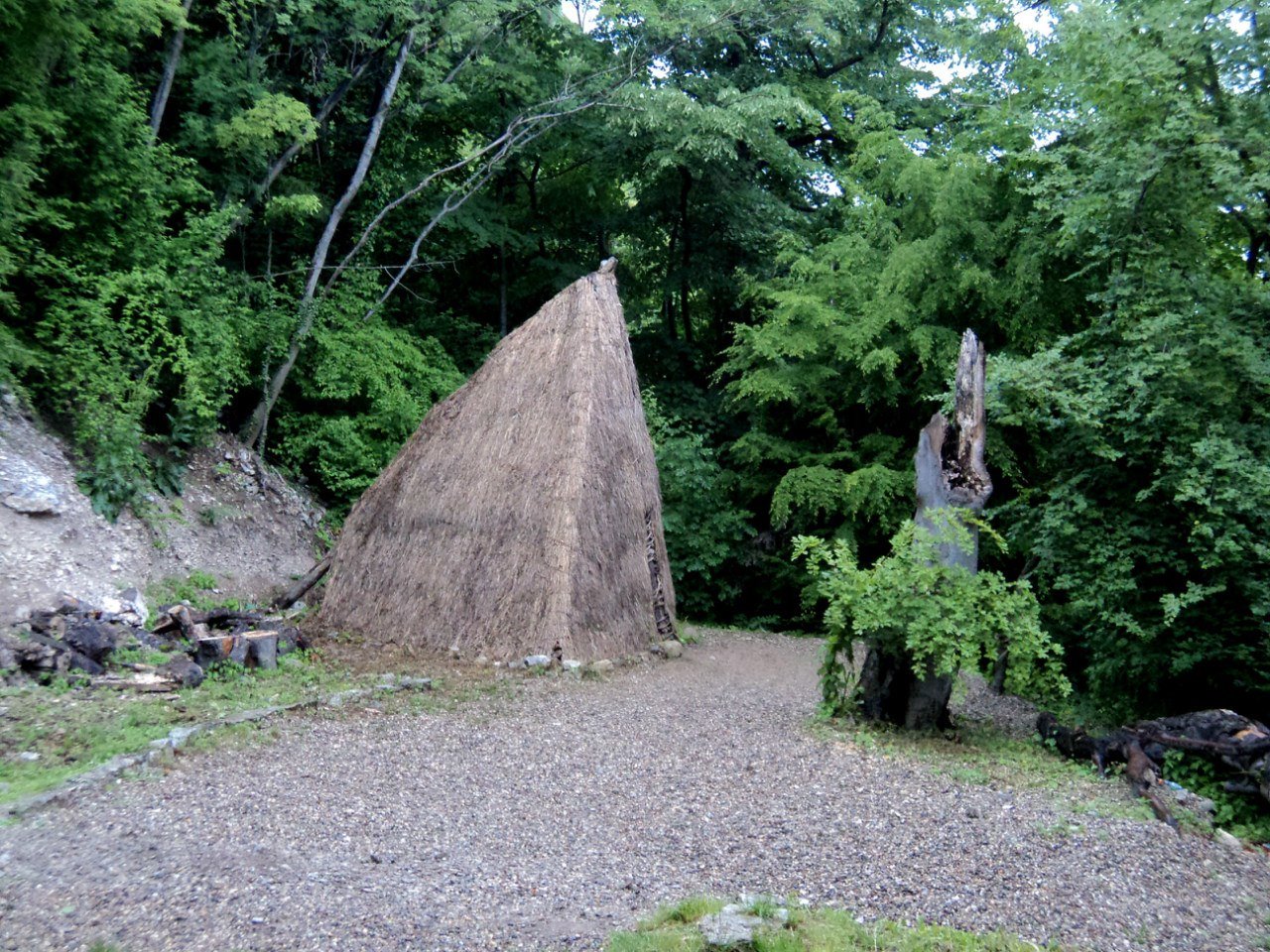 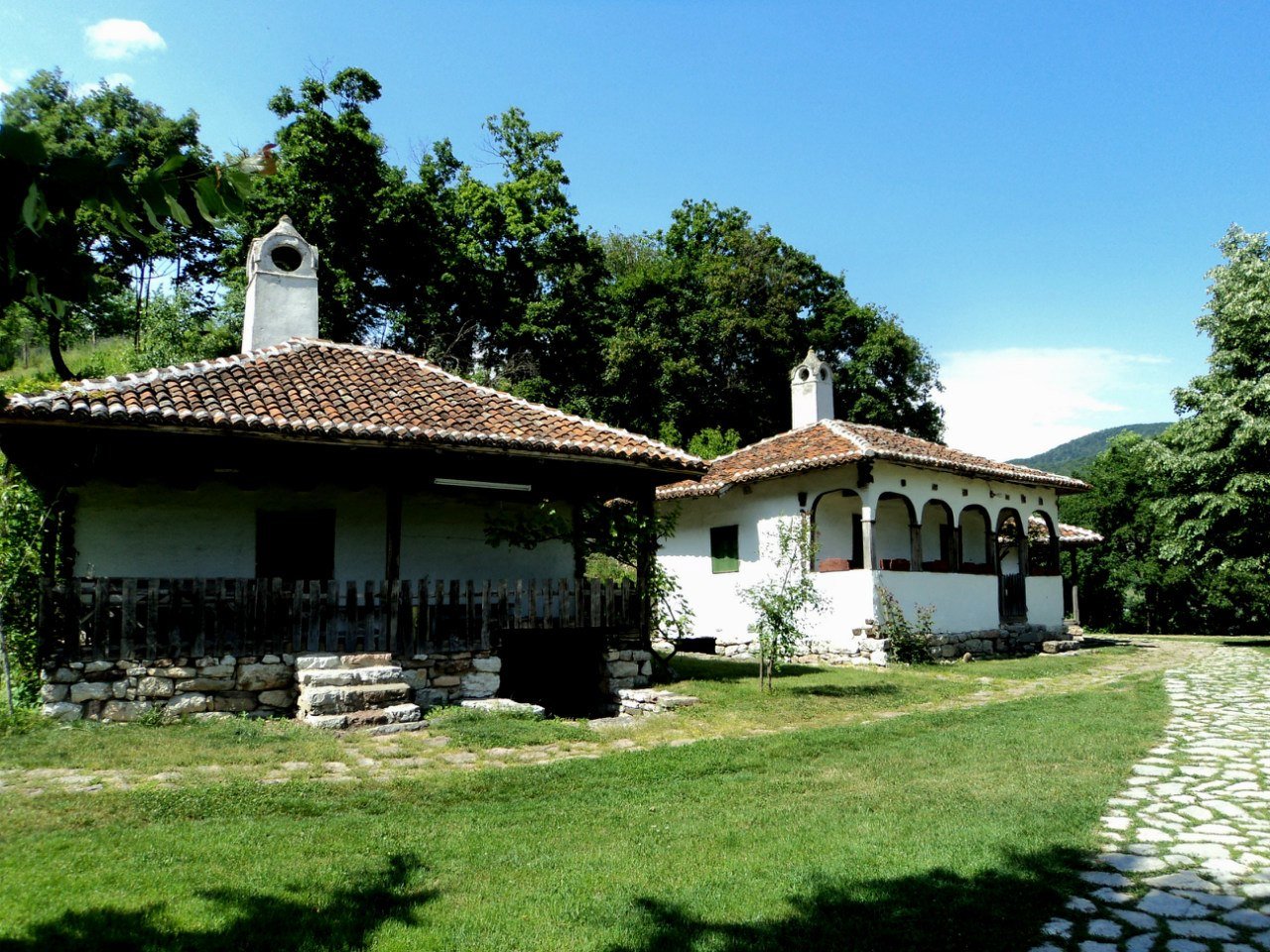 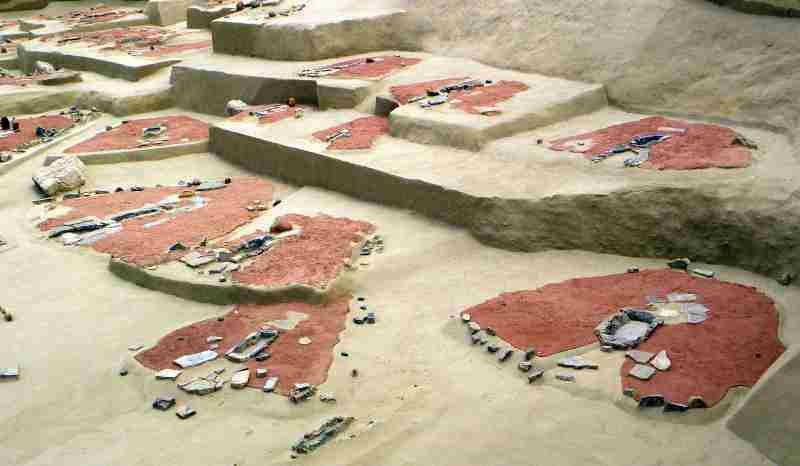 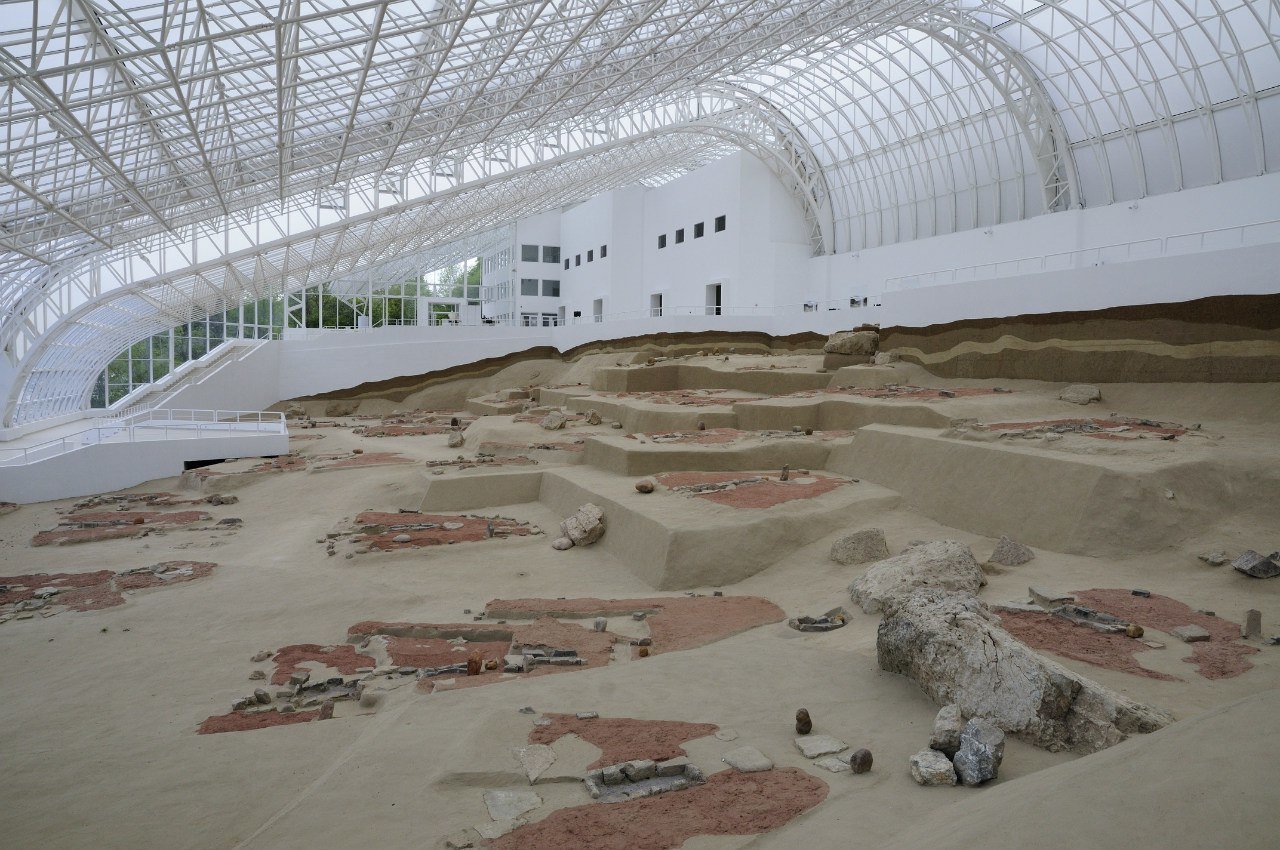 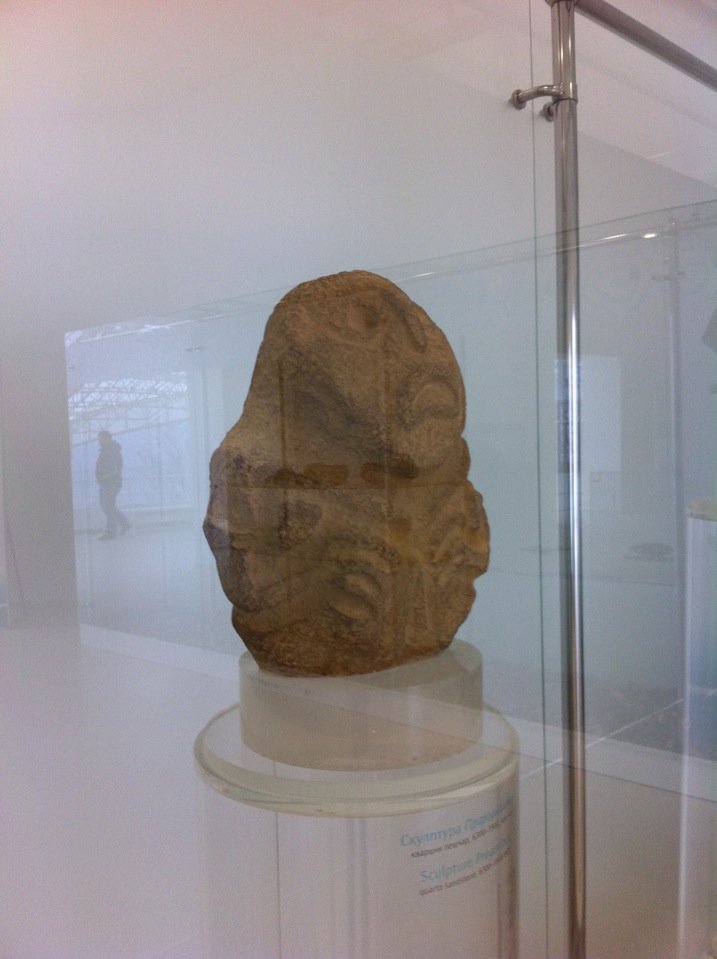 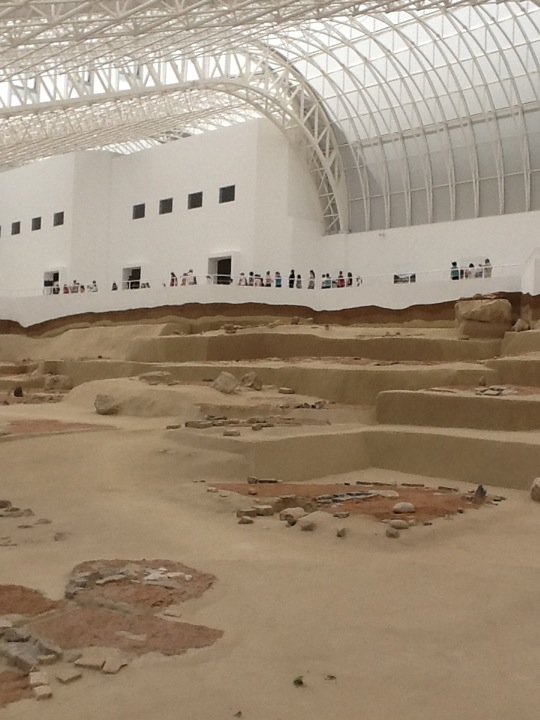 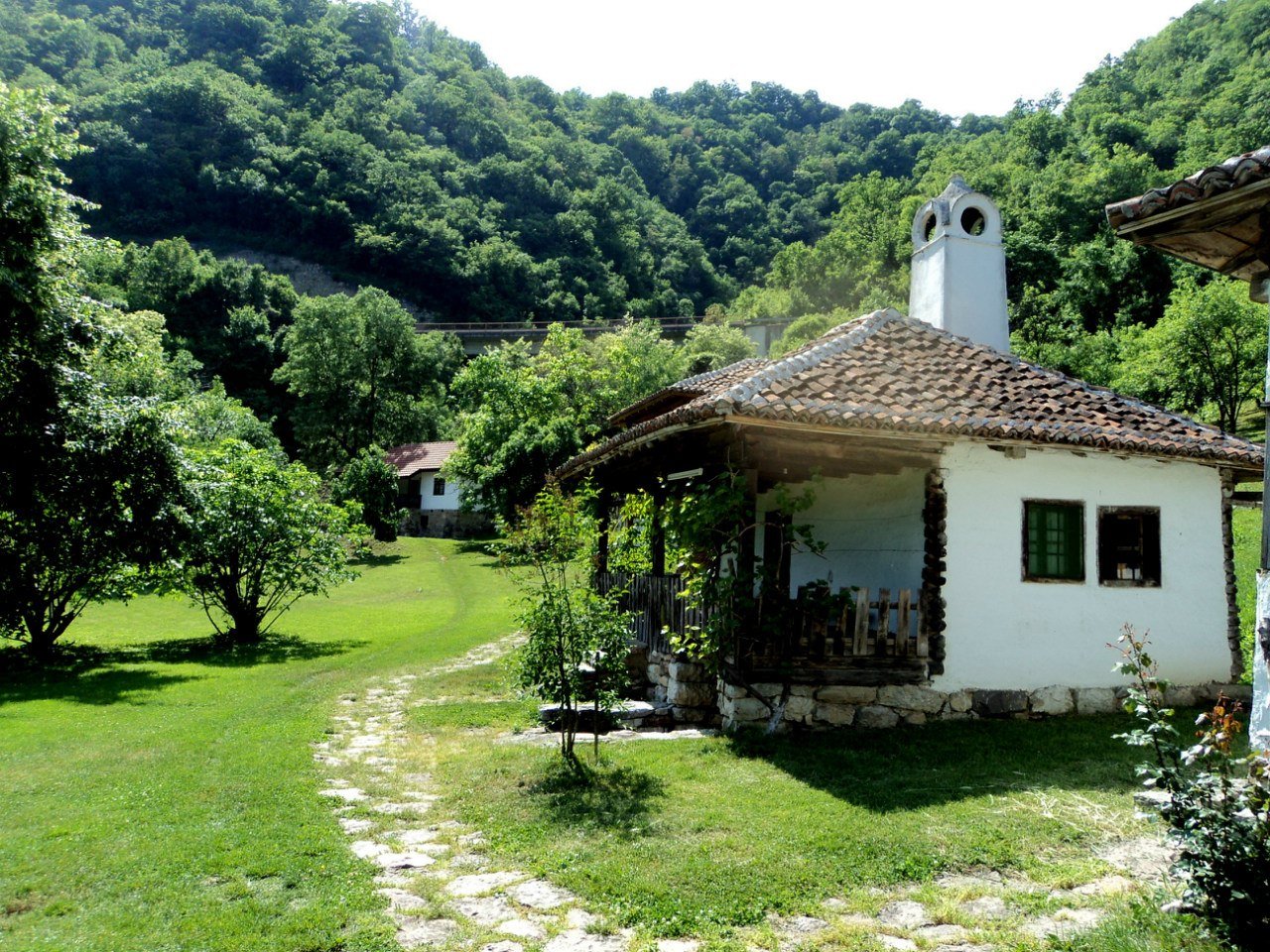 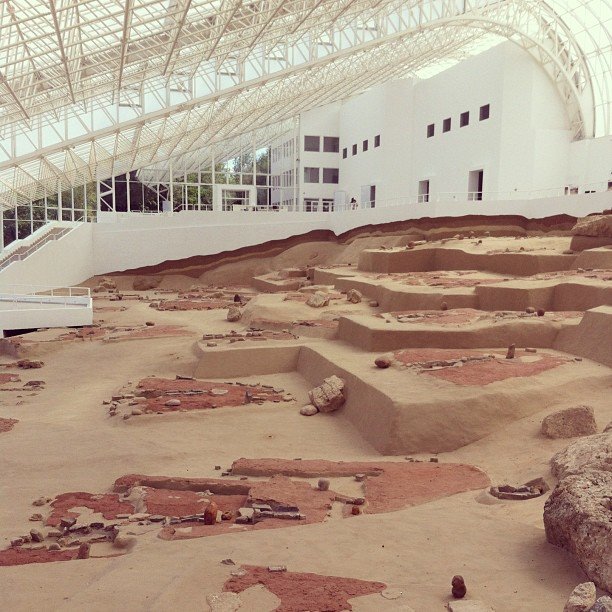