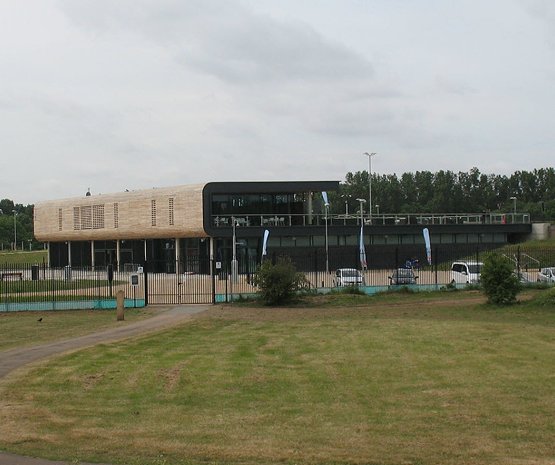 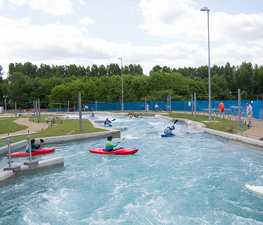 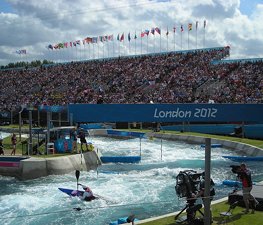 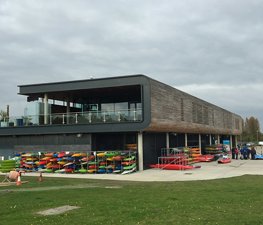 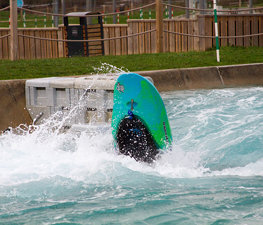 Lee Valley White Water Centre (previously known as Broxbourne White Water Canoe Centre) is a white-water slalom centre, that was constructed to host the canoe slalom events of the London 2012 Olympic Games. On 9 December 2010, Anne, Princess Royal officially opened the venue which is owned and managed by Lee Valley Regional Park Authority. The £31 million ($50 million US) project to construct the centre finished on schedule and was the first newly constructed Olympic venue to be completed.

The venue is located between the towns of Waltham Cross in Hertfordshire and Waltham Abbey in Essex. The site is just outside the northern boundary of Greater London and 9 miles (14 km) north-west of the Queen Elizabeth Olympic Park in Stratford, east London. It is in the heart of River Lee Country Park which is part of the 10,000-acre (40 km2), 26-mile (42 km) long Lee Valley Park. The venue opened in late 2010 offering canoeing and rafting activities to the public ahead of the London 2012 Summer Olympics.

The venue has a purpose-built slalom course for the Olympic white-water canoe events (flatwater canoeing and kayaking events took place at Dorney Lake, Buckinghamshire, west of London). The main competition channel is an international- and Olympic-standard 300-metre canoe and kayak slalom course. It and the shorter warm-up course empty into the warm-up and cool-down lake. The white water is created by a system of pumps which lift water into the two start pools. All of the water contained in the system is slightly chlorinated in order to retain water quality. During the Games, temporary seating was installed around the venue for 12,000 spectators.

The 300-metre competition course has a drop of 5.5 metres (18 ft), for an average slope of 1.8% (18 m/km or 95 ft/mile) and a pump-powered streamflow of 13 cubic metres per second (460 cubic feet per second). The intermediate/warm-up course is 160 metres long with a drop of 1.6 metres and flow of 10.5 cubic metres per second. A 10,000-square-metre lake, filled with groundwater, supplies the water for the pumps. Lee Valley Regional Park Authority hope to bring in up to £45,000 per day from visitors to offset the energy cost of pumping the water.

The course is sited within a new landscaped parkland setting, including path and bridge networks to enable spectators to have access and view the events. A new facility building houses reception, café, changing rooms, shop, offices, spectator viewing, equipment storage and water pump and filtration facilities.

Lee Valley White Water Centre was the only brand new London 2012 venue available for public use before the Games. On 8 September 2012 it became the first London 2012 venue to reopen to the public. The centre is intended to provide canoeing and rafting activities for users of all abilities who will be able to take advantage of the Olympic and intermediate course. The venue is owned, funded and managed by Lee Valley Regional Park Authority; it will join the other London 2012 venues – the Velopark, Hockey Centre and Tennis centre at Eton Manor – that the Park Authority will also own, fund and manage in legacy.

Two gate sets were used for the Olympic Games, one for the first two days (left) and another for the last three days (right). Each gate set had six upstream gates (red numbers), but gate #12 of the first set was a flush gate with the second pole directly downstream of the first. Paddlers entered gate #12 from the left wall side and exited into the main current. Gate #18 of the second set was a downstream flush gate, with entrance from the flow and exit into the eddy. A 90-degree right turn direct from #18 to #19 was faster than the 270-degree eddy spin used by many contenders. All the gates were double-pole. There was no use of single-pole gates.

The venue opened again to the public after the Games as part of the Olympic Legacy Works. Spectator seating was removed and the venue returned to providing a leisure attraction for canoeing and white-water rafting and a competition venue for elite events, to be managed by Lee Valley Regional Park Authority. In April 2011 it was confirmed that the centre would host the 2015 ICF Canoe Slalom World Championships. A£6.3 million redevelopment project was completed in February 2014 leading to the creation of new visitor facilities and new offices and training base for the GB Canoe Slalom team.

The main facility building is designed by FaulknerBrowns Architects. The canoe course is located within a wider parkland setting designed by U.S.-based landscape architects Michael Van Valkenburgh Associates. White-water course specialists Whitewater Parks International, working with civil and structural engineers Cundall, are the designers of the white-water courses. Indigo Planning were the planning consultants and managed the preparation of the Environmental Statement. Stage D of the design process was completed by Morrison Construction The Team of S2o Design and Engineering and Engineering Paddler Designs completed the detail design of the white-water channel itself. The detail design of the white-water channel involved the creation of a 1:10 Froude scaled physical model that resulted in numerous changes to the initial white-water channel design. One of these changes was the conceptualization, design and implementation of the RapidBlocs Obstacle system. The RapidBlocs system allows course operators to reconfigure the placement of boulders, eddies, and rapids to meet design objectives. S2o and EPD were further responsible for course tuning and commissioning.

Following nomination from Broxbourne Borough Council, Lee Valley White Water Centre won a special commendation at the 2011 Hertfordshire Building Futures Awards in recognition of the excellence of its design in meeting the needs of the sport, and the understated addition it makes to its parkland setting.

The centre has also won or been shortlisted for the following awards: 2012 winner of the Royal Institute of British Architects East Spirit of Ingenuity Award; 2012 winner of Secured by Design Award; 2011 Essex Tourism Awards (shortlisted) Best Large Attraction and Best Tourism Experience.

Rail access to the site is via Cheshunt and Waltham Cross railway stations on the West Anglia Main Line, with frequent services from Stratford, near the main Olympic site, and Liverpool Street. Theobalds Grove railway station, on the Lea Valley Lines, is nearby.

Arriva Herts and Essex operates services 66,86,251 which pass close to the venue. Other bus routes run by Transport for London and Intalink stop at the nearby bus station in Waltham Cross town centre.

The Lee Navigation towpath forms part of the Lee Valley Walk and the National Cycle Route 1 is adjacent to the venue.

Visit Essex
Ideal for those who love water sports and want to experience white water rafting. Learn from the best as one of the guides includes Team GB rafting captain. An extreme sports enthusiasts heaven!

Juljanka
Great place even if you're not into water sports. Spend some time on the terrace sipping cold beer and lounging in the sun. It really cannot get much better than that.

Stefania Uk
A perfect place to spend a day on spring/summer time.

Kiran Patel
Extremely enjoyed the white water session even though it is a bit pricey at £49 it is still value for money compared to others plus the facilities, staff and the experience are all cool ;)

White Hart Lane is an all-seater football stadium in Tottenham,

Bruce Castle (formerly the Lordship House) is a Grade I listed

Scott's Grotto, is a grotto in Ware, Hertfordshire built for John 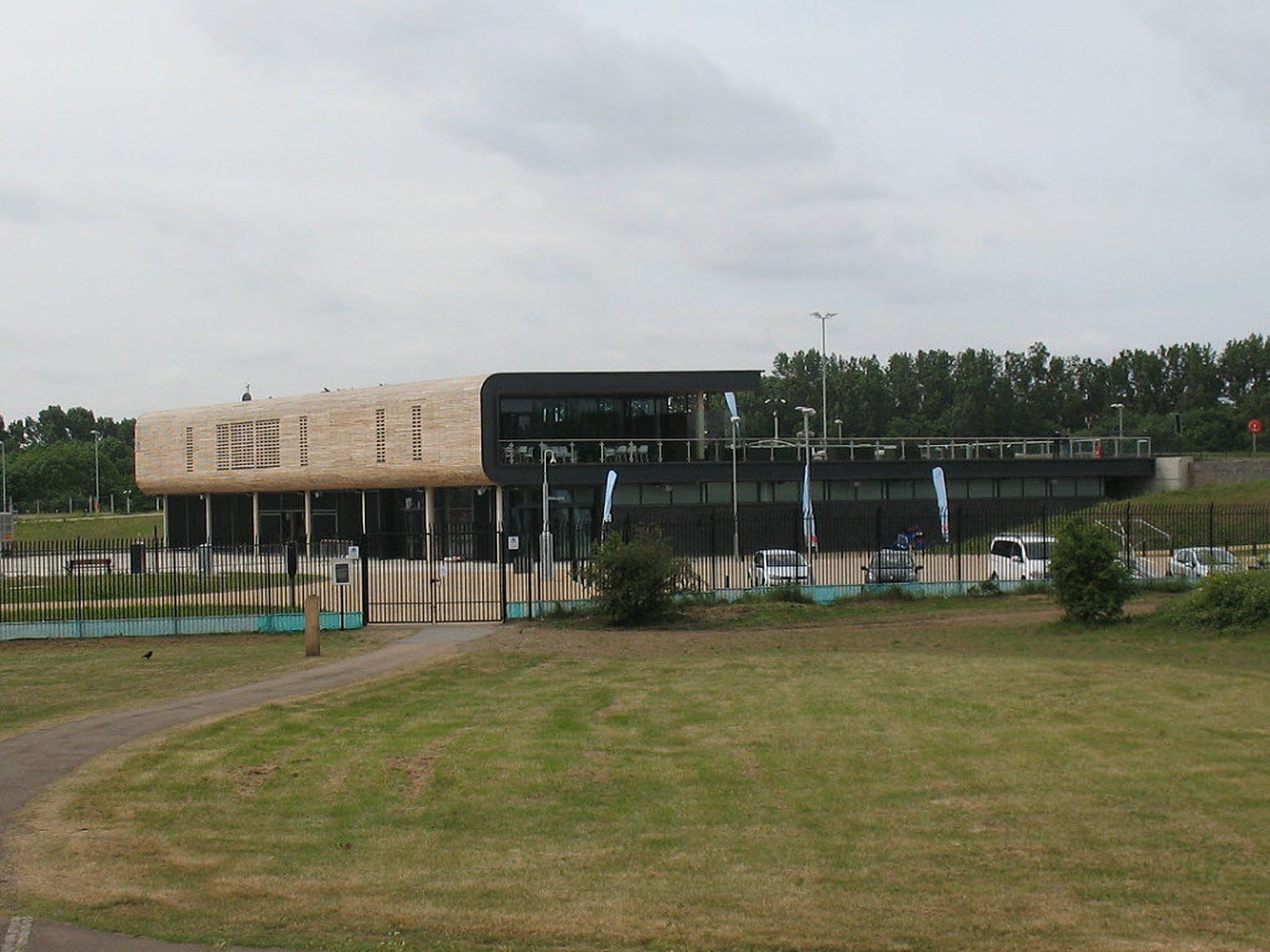 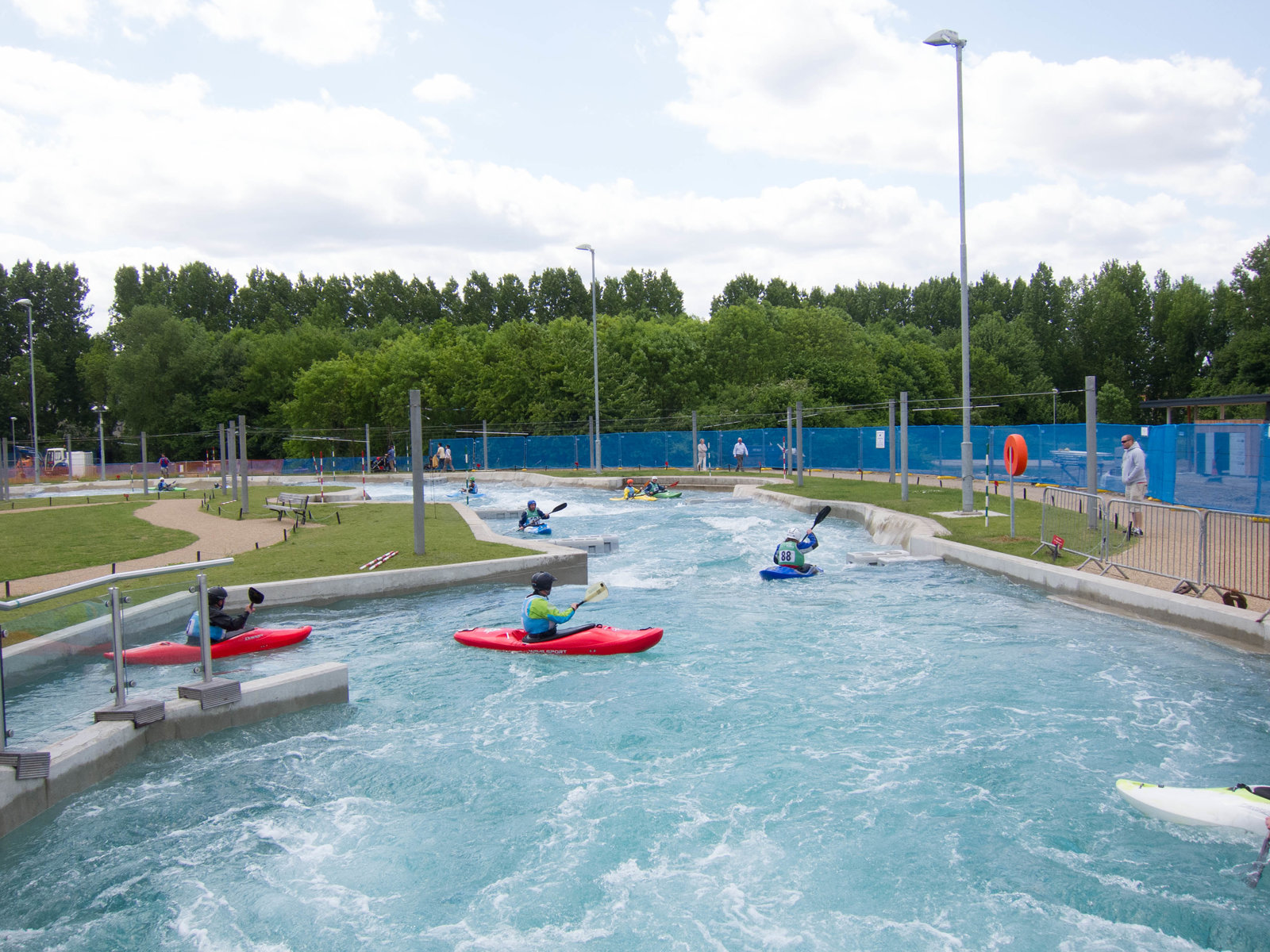 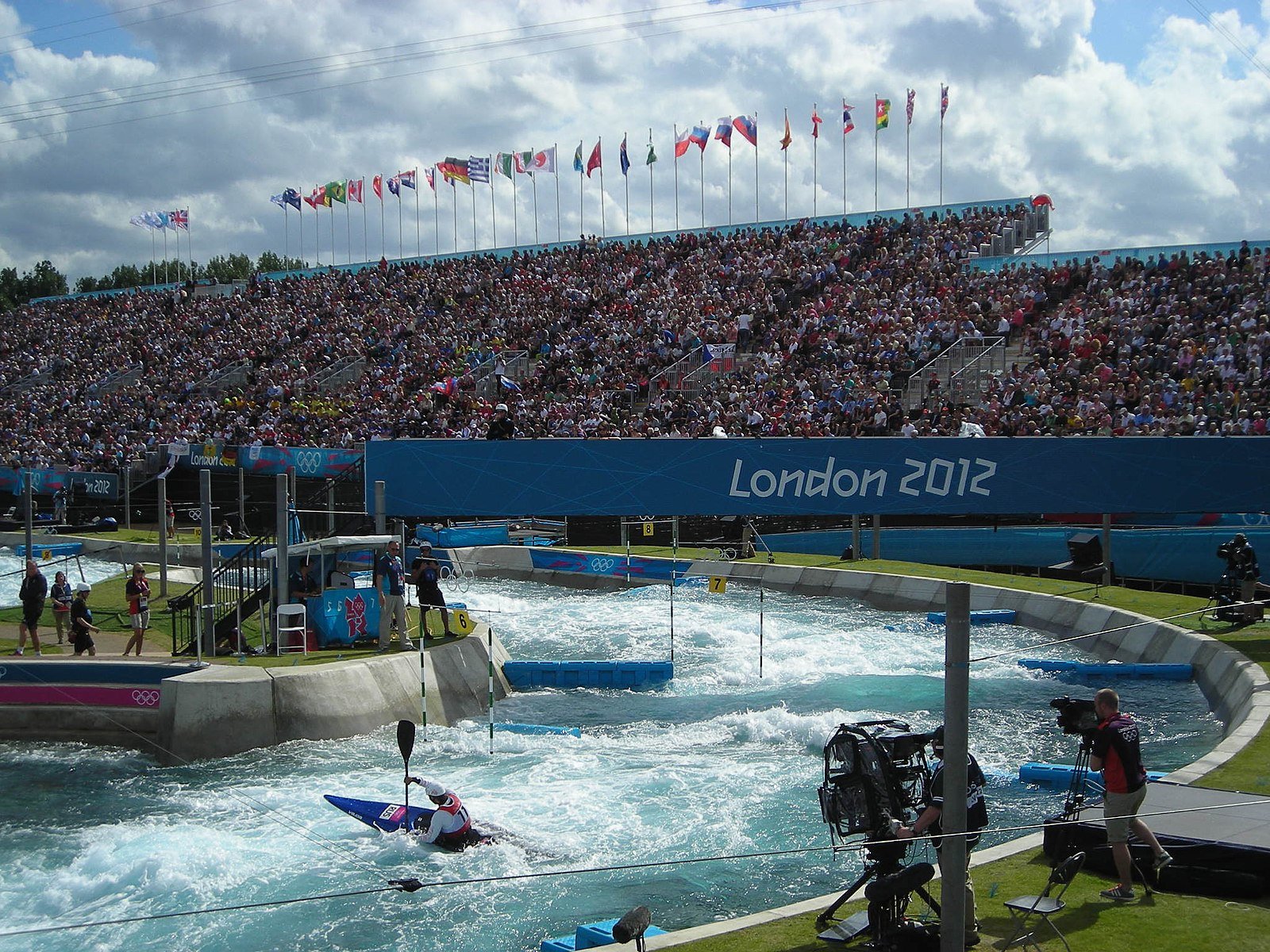 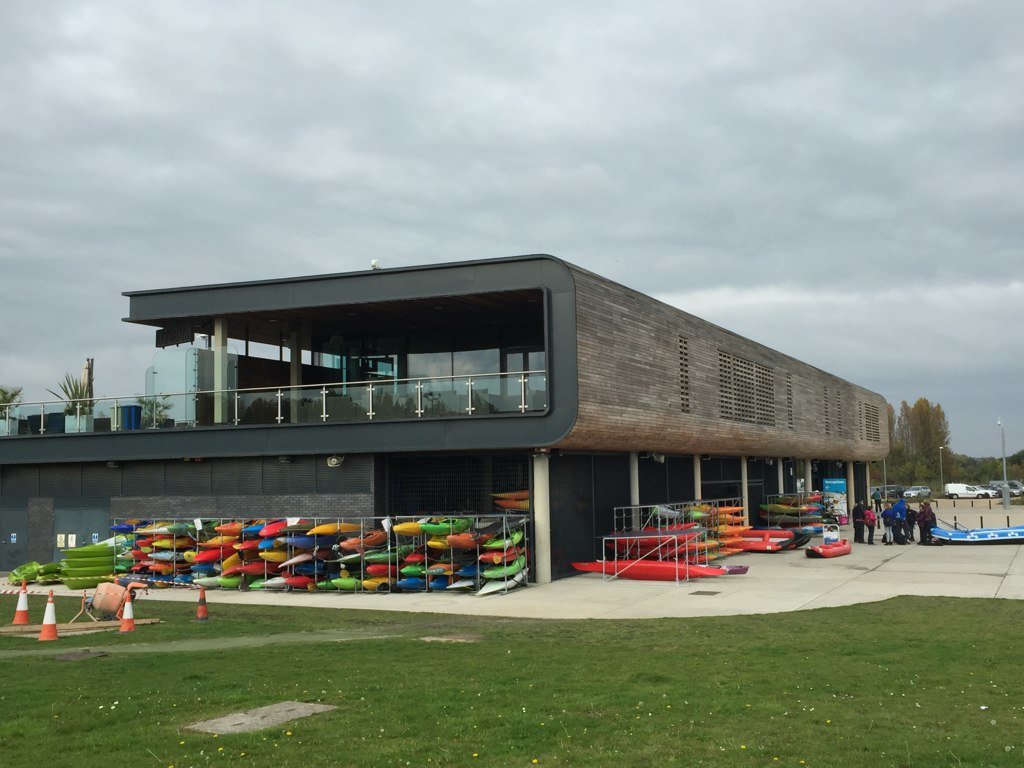 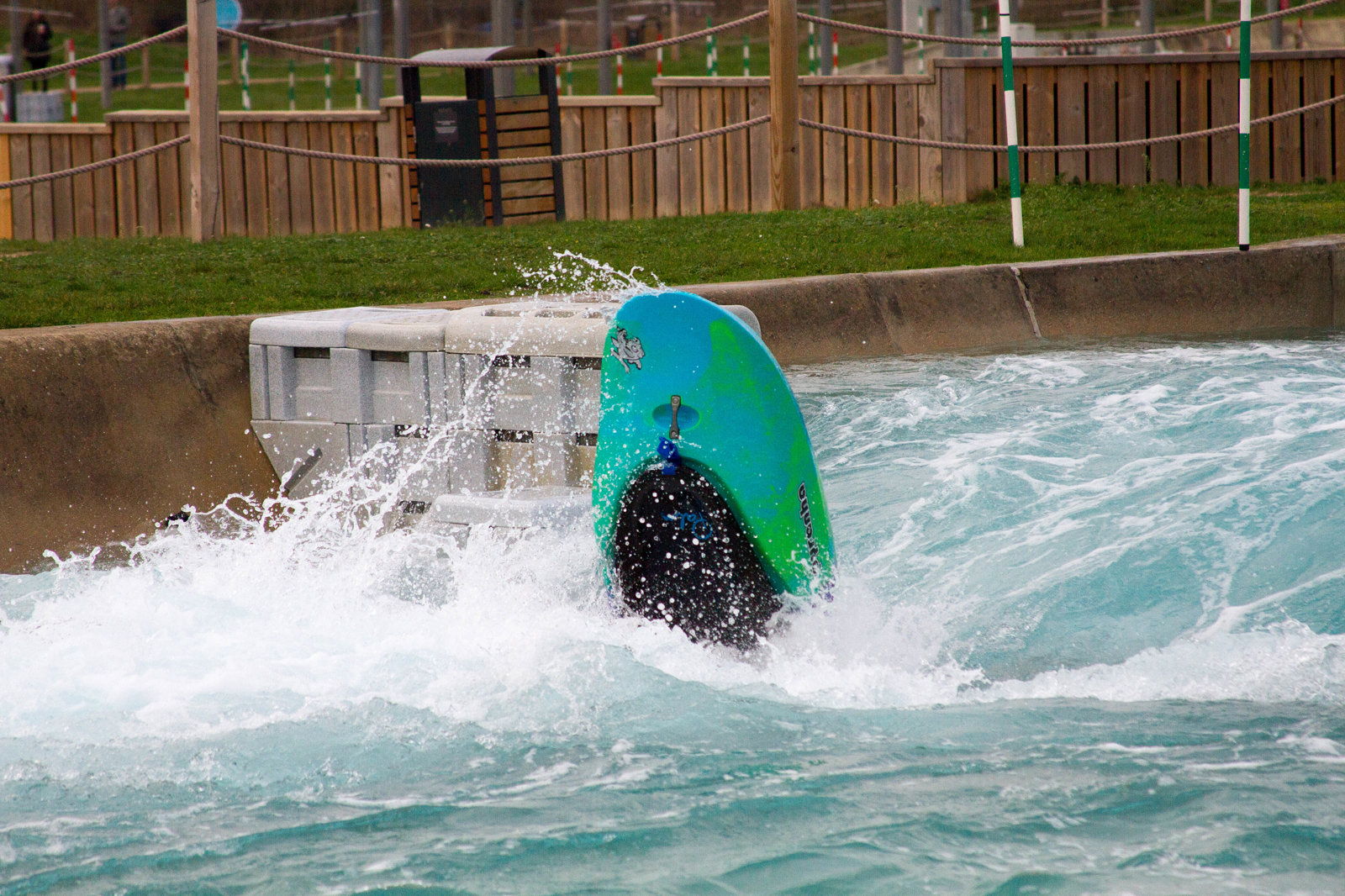 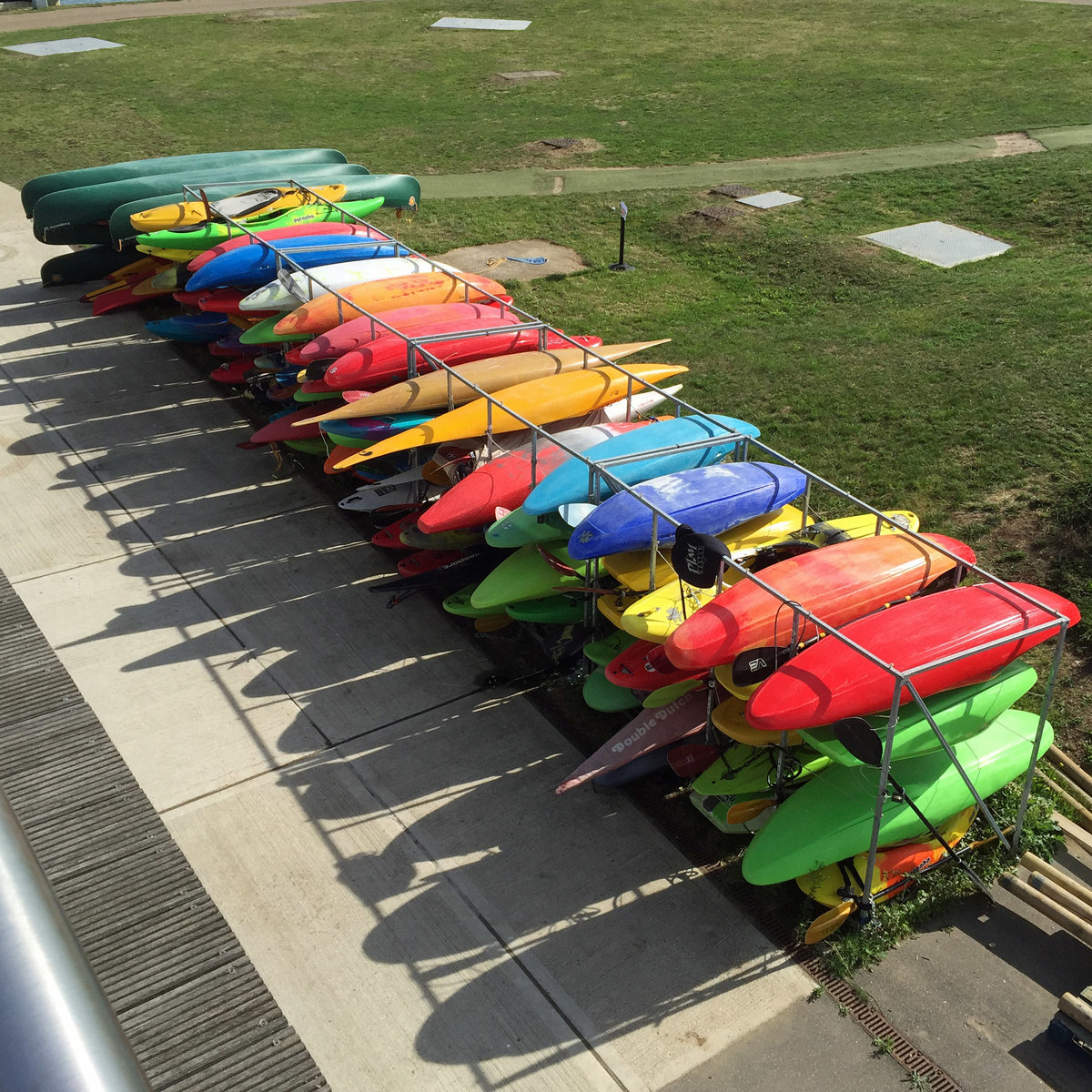 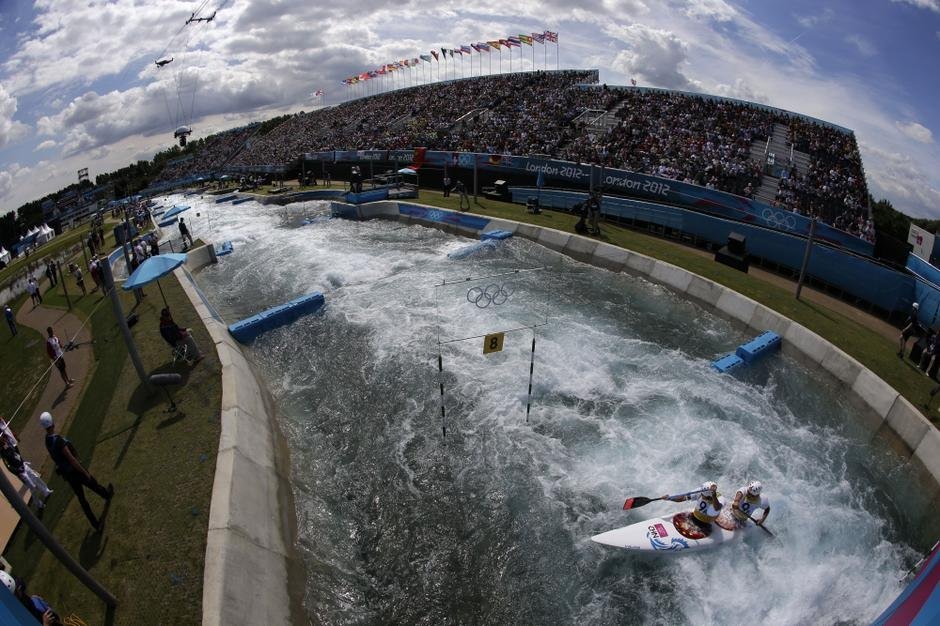 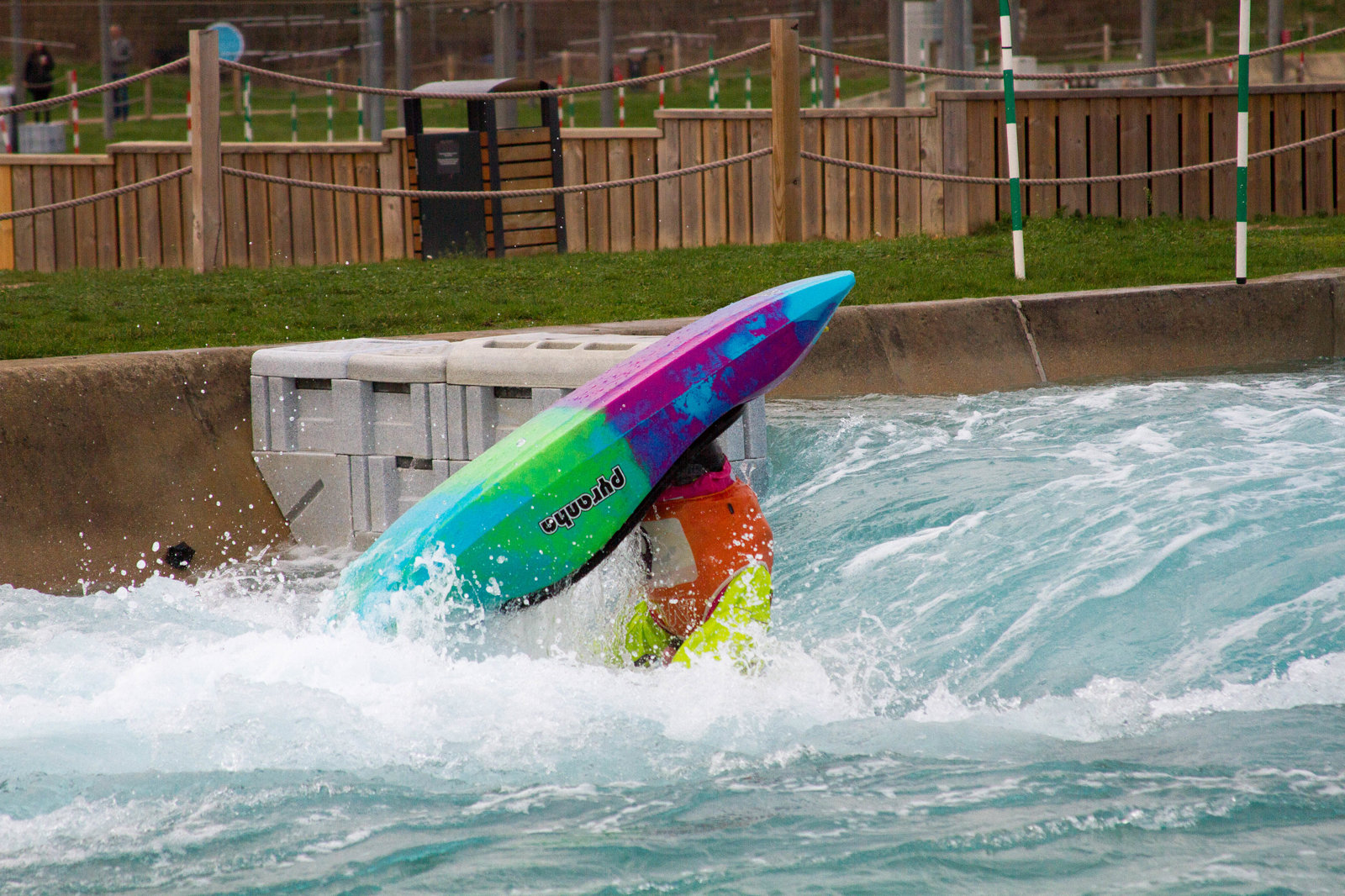 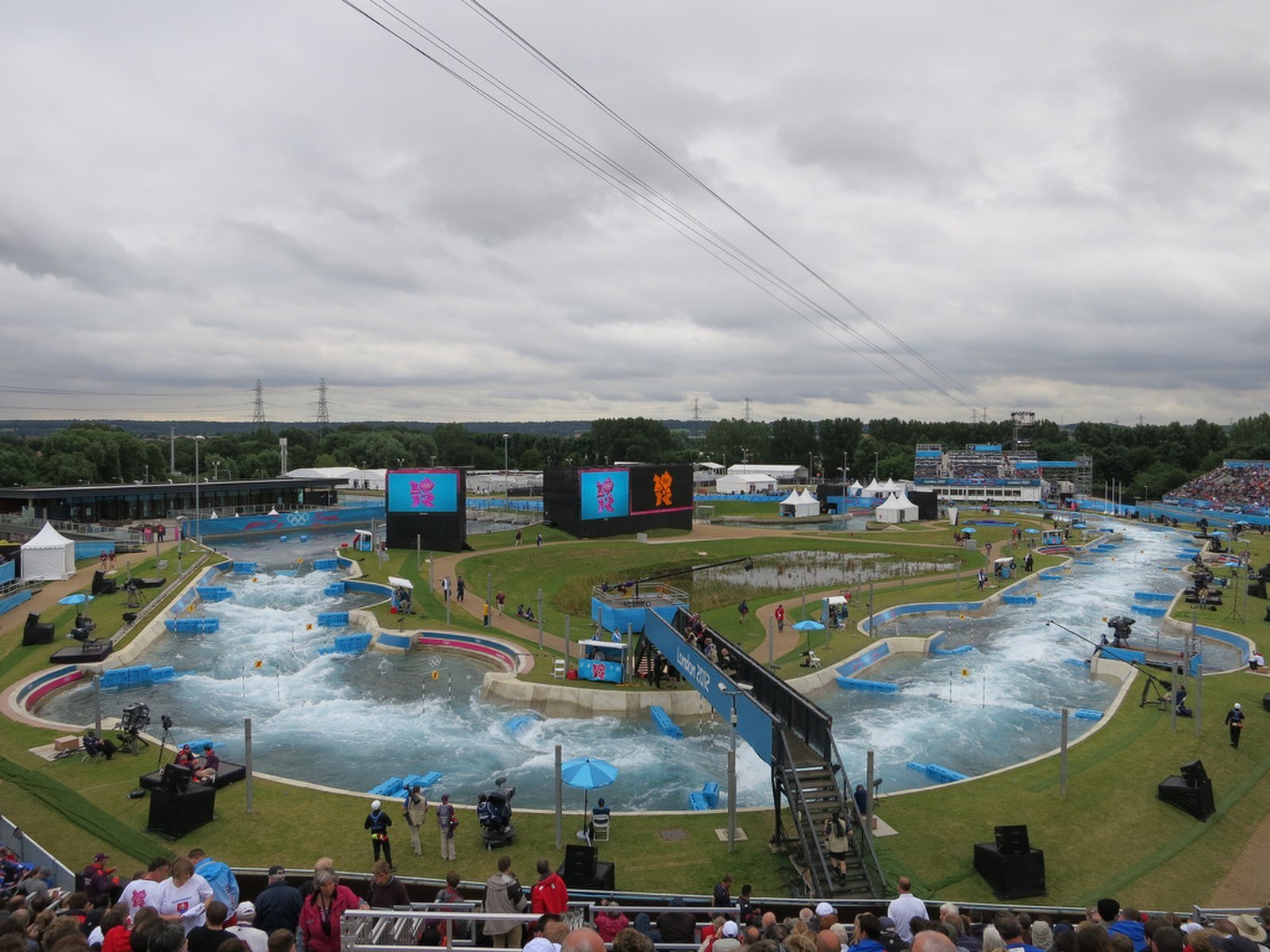 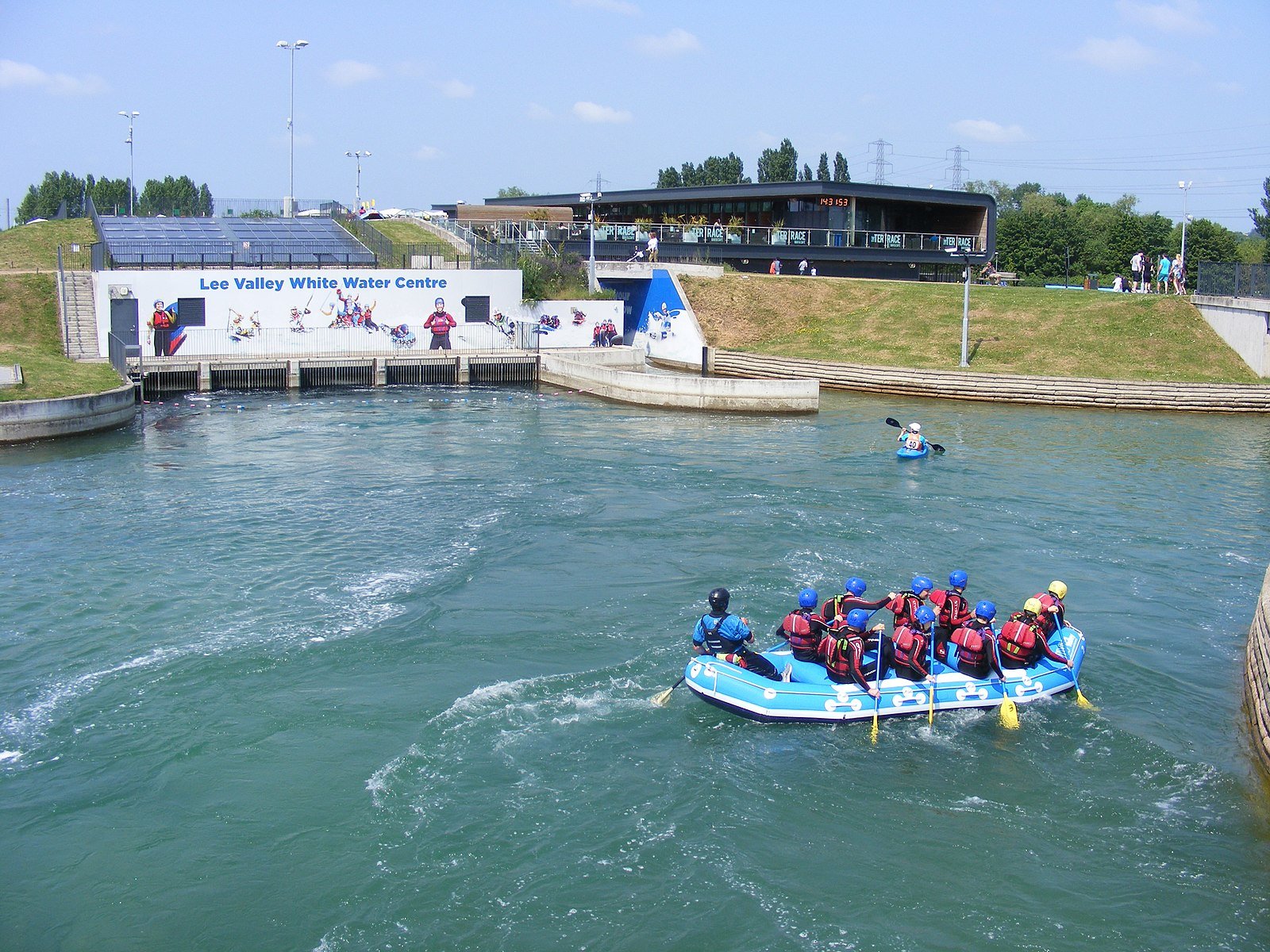 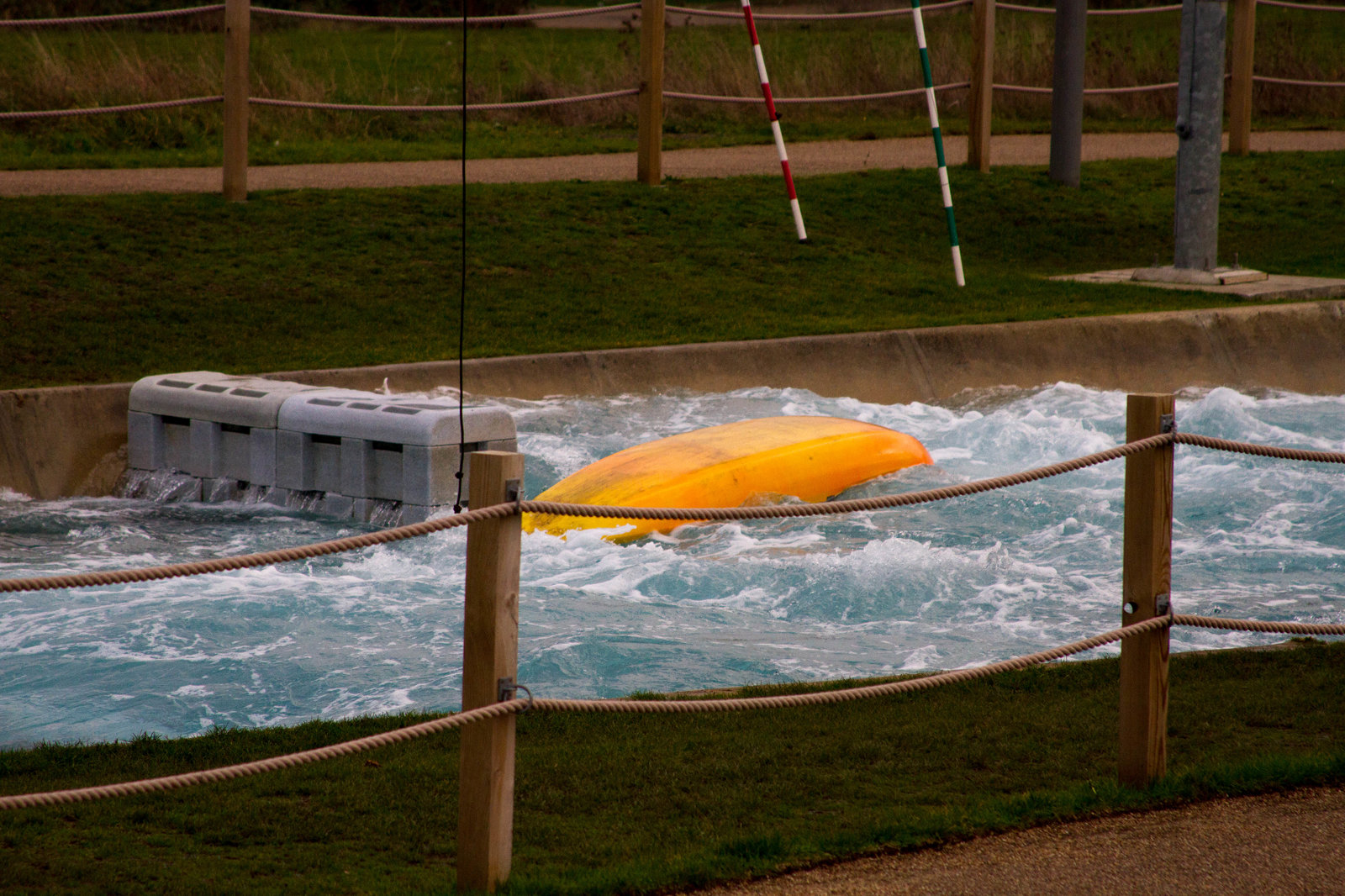 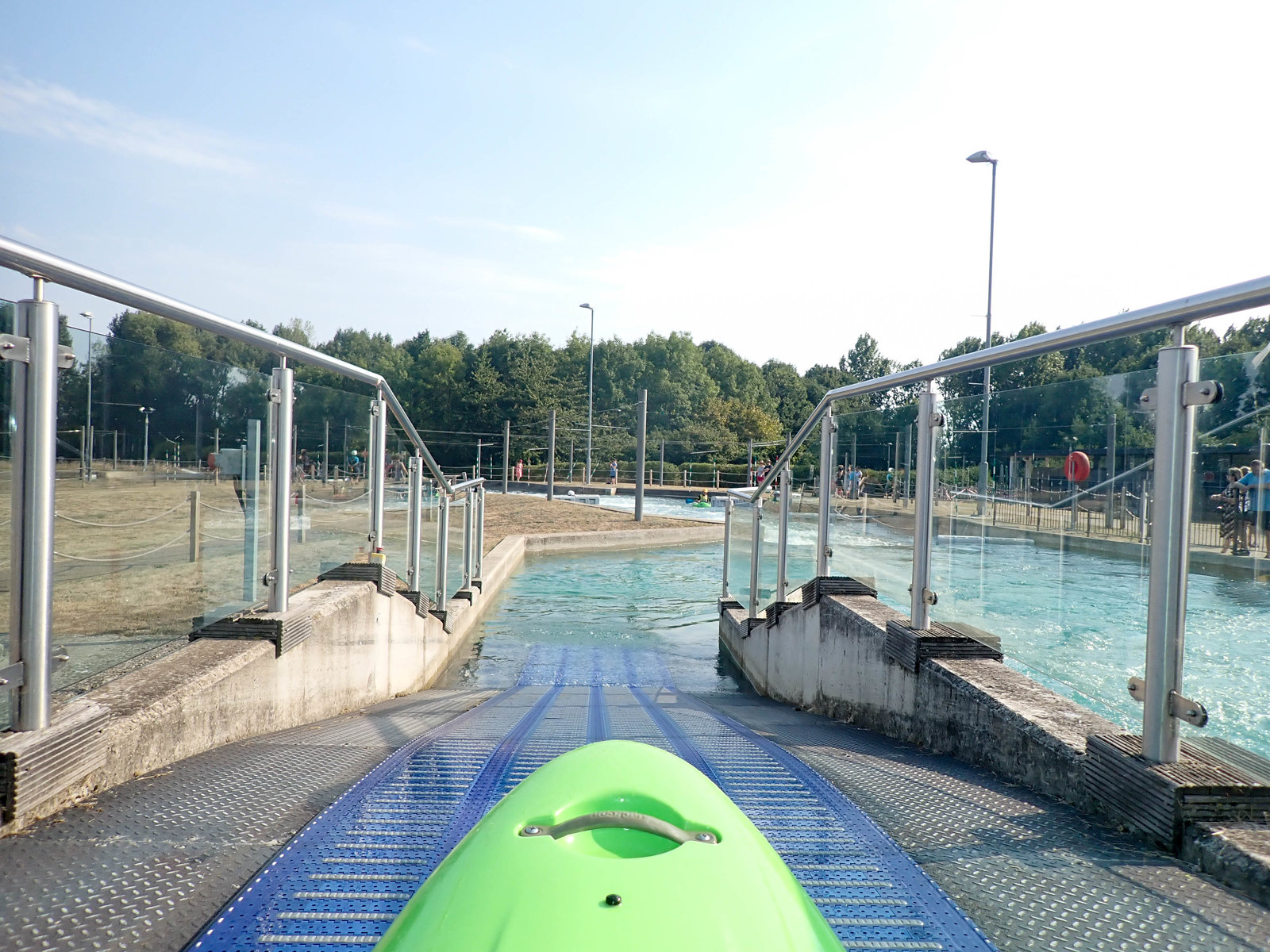 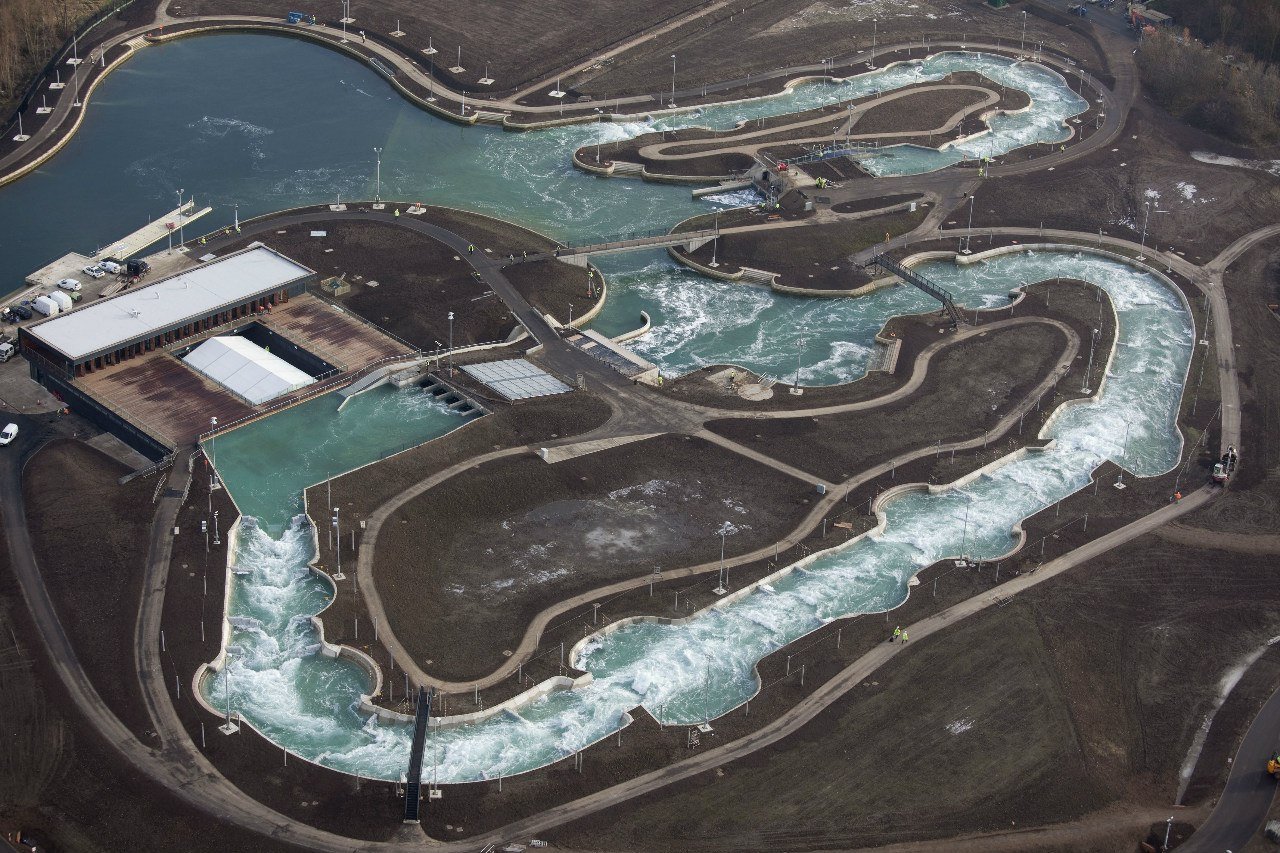 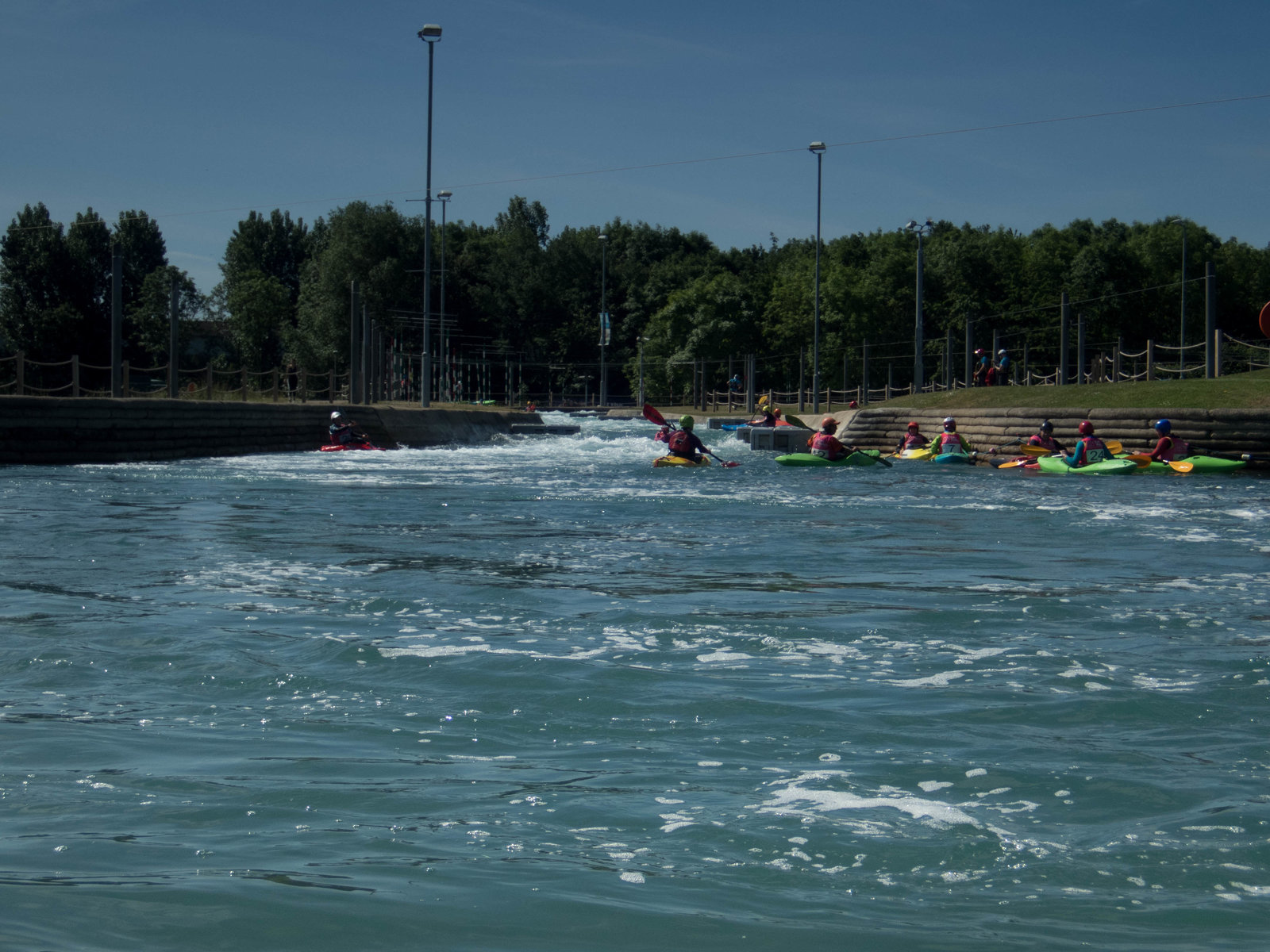 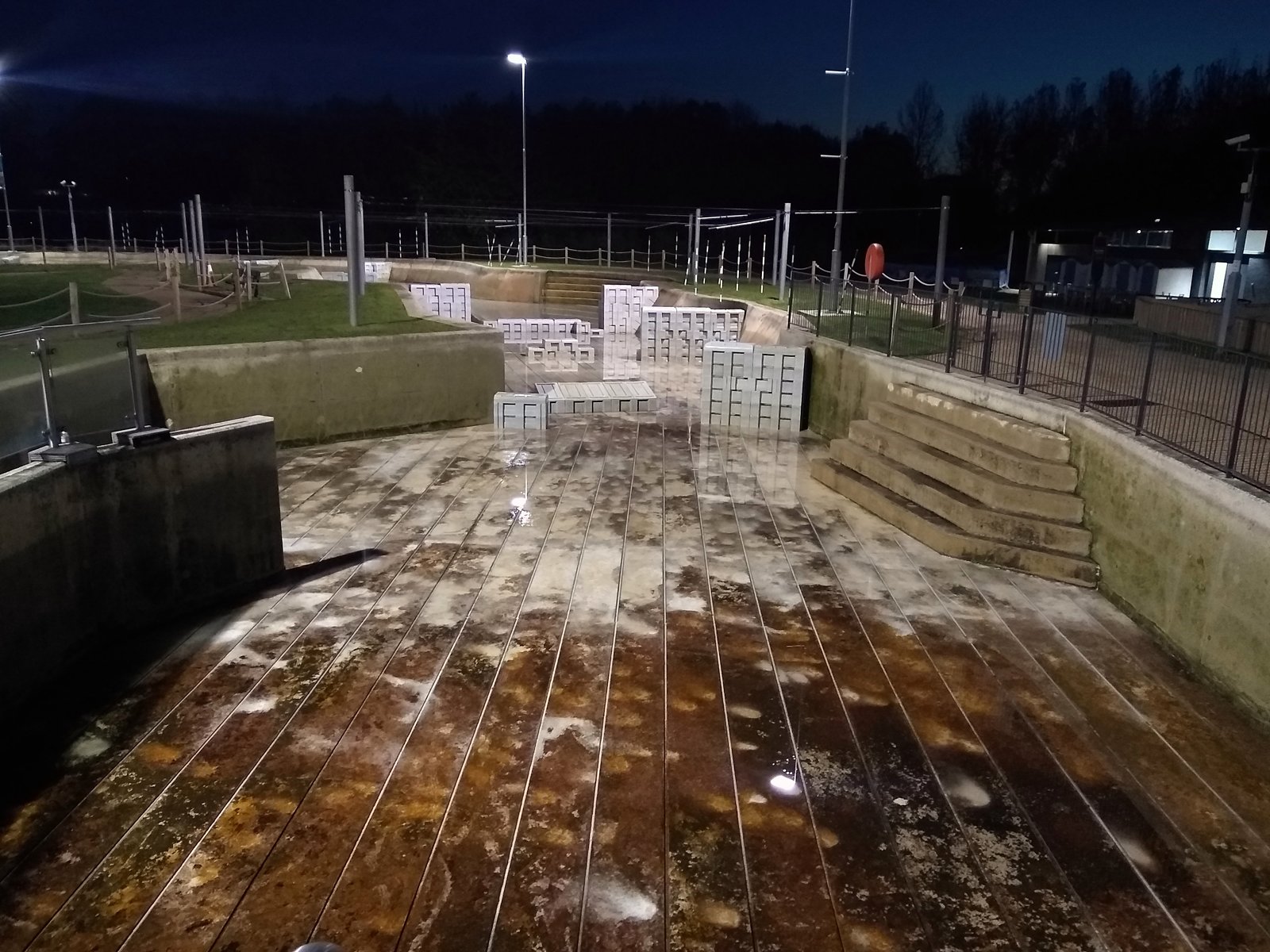 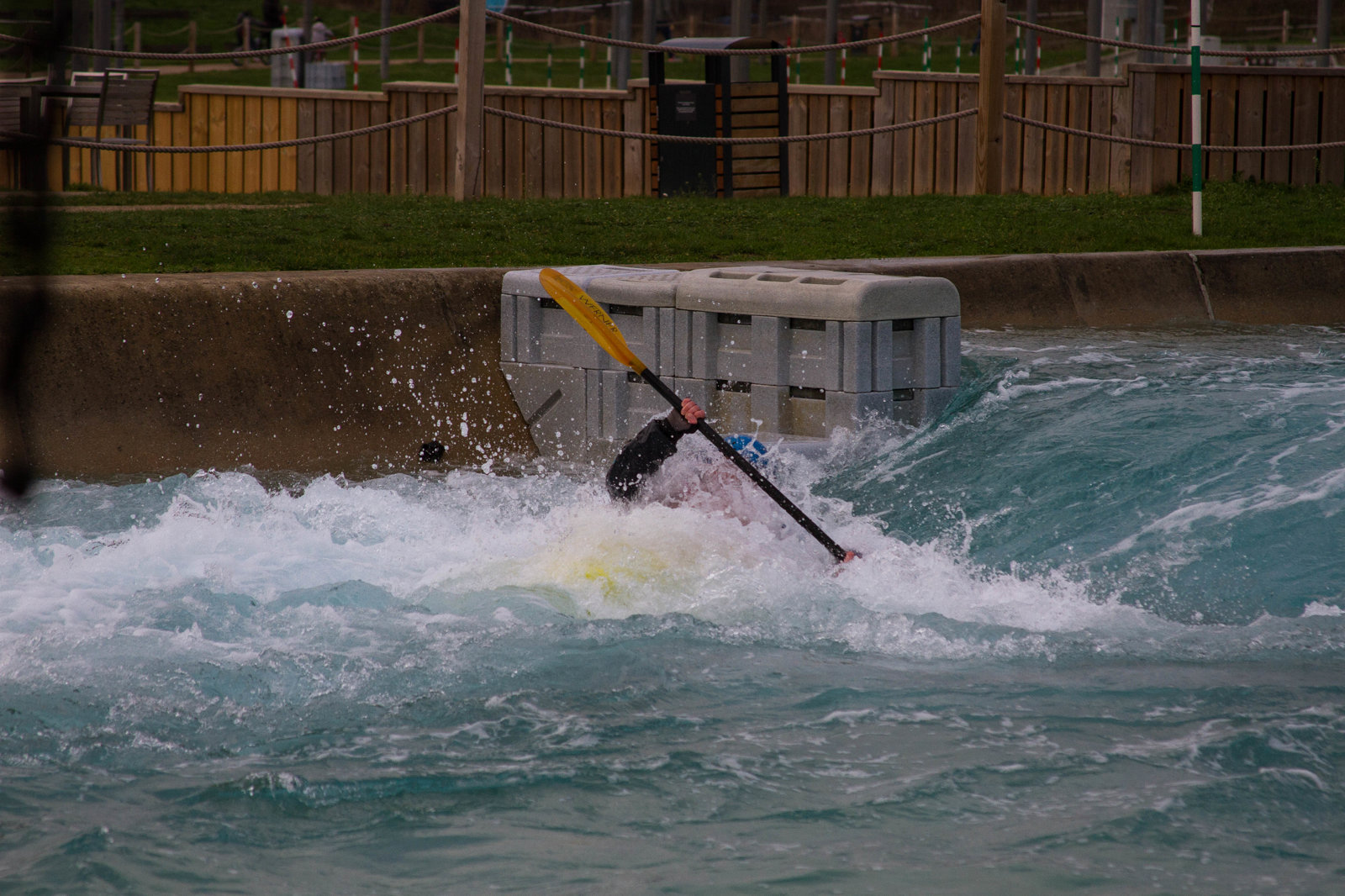 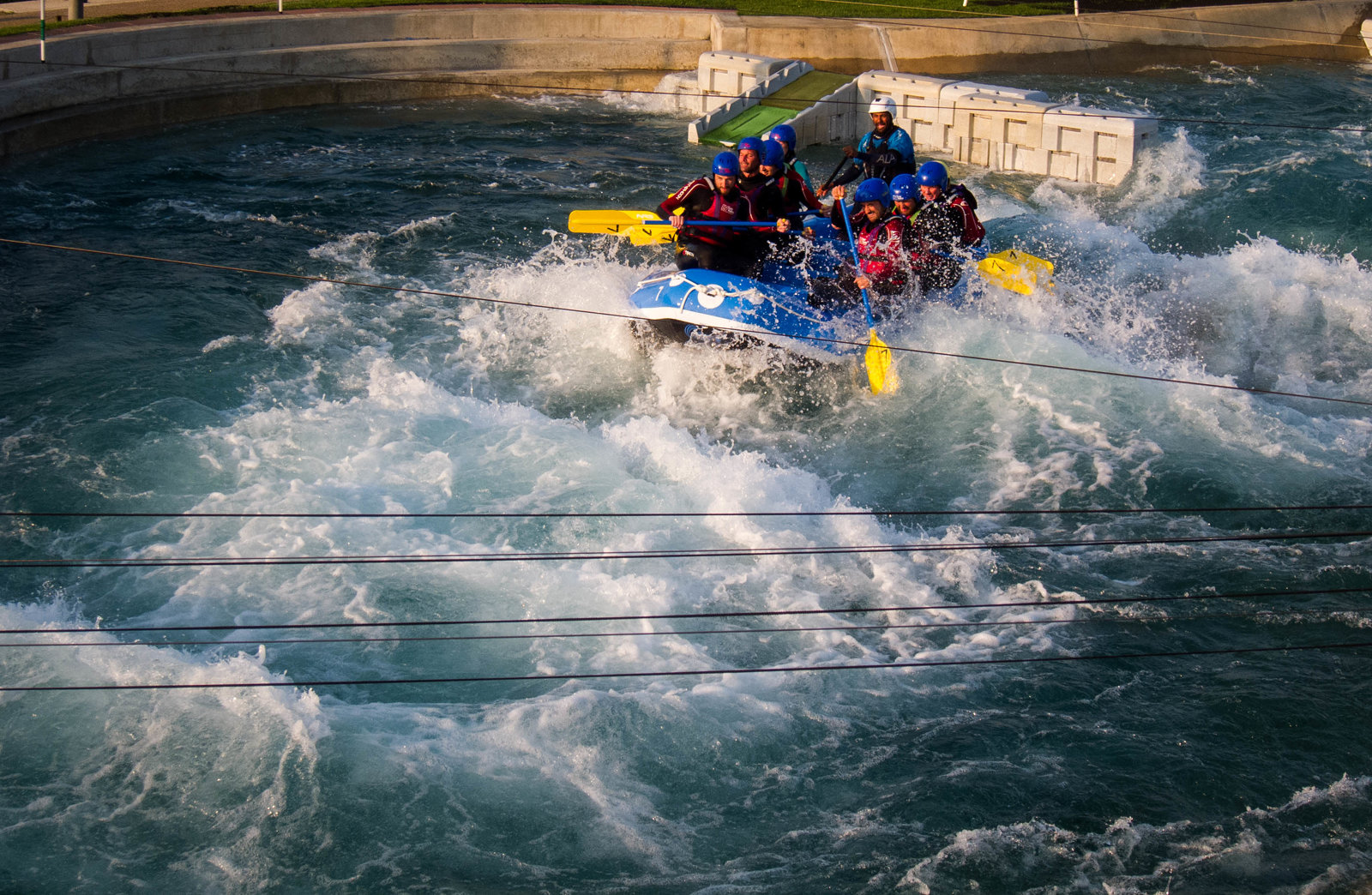 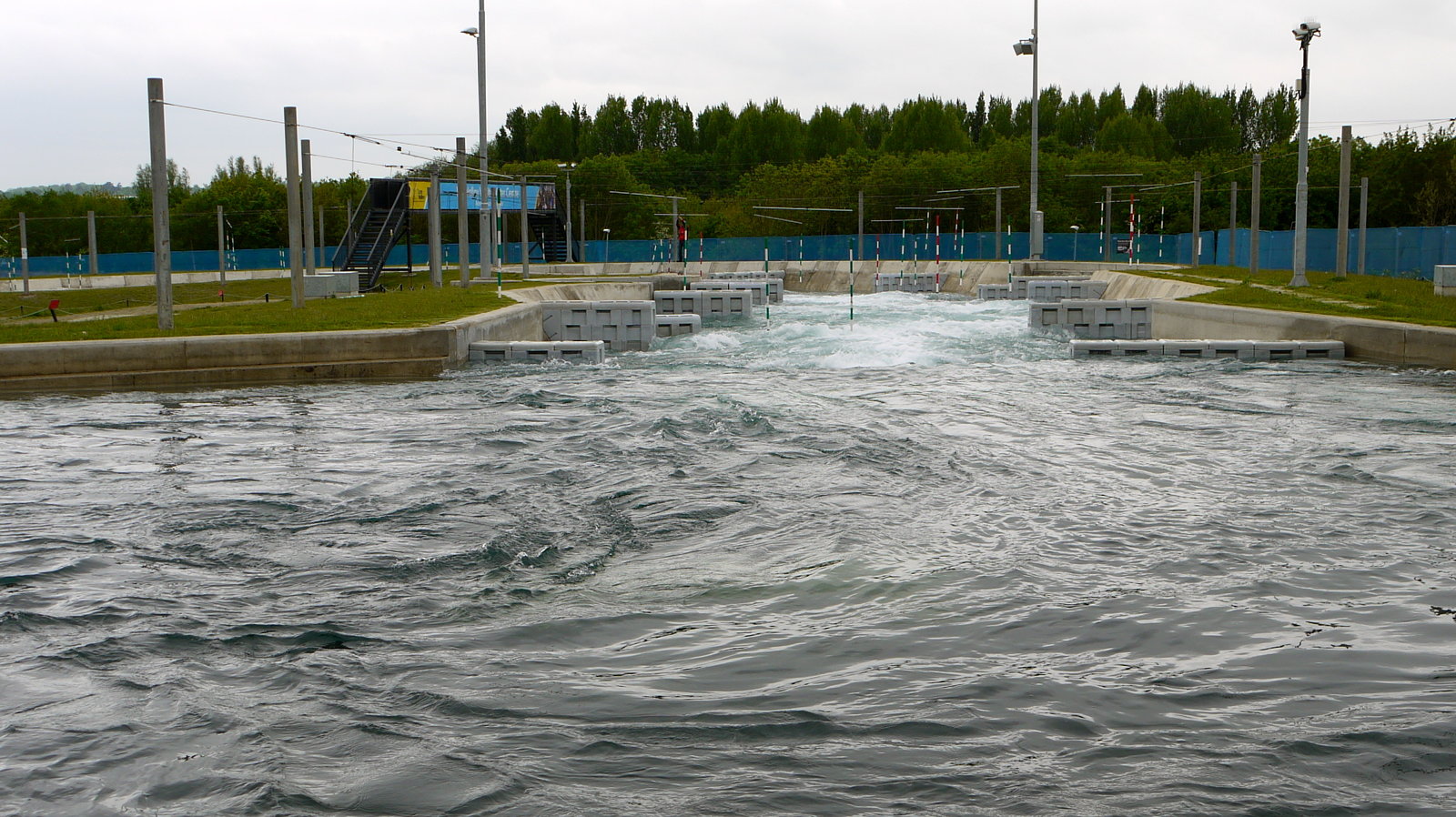 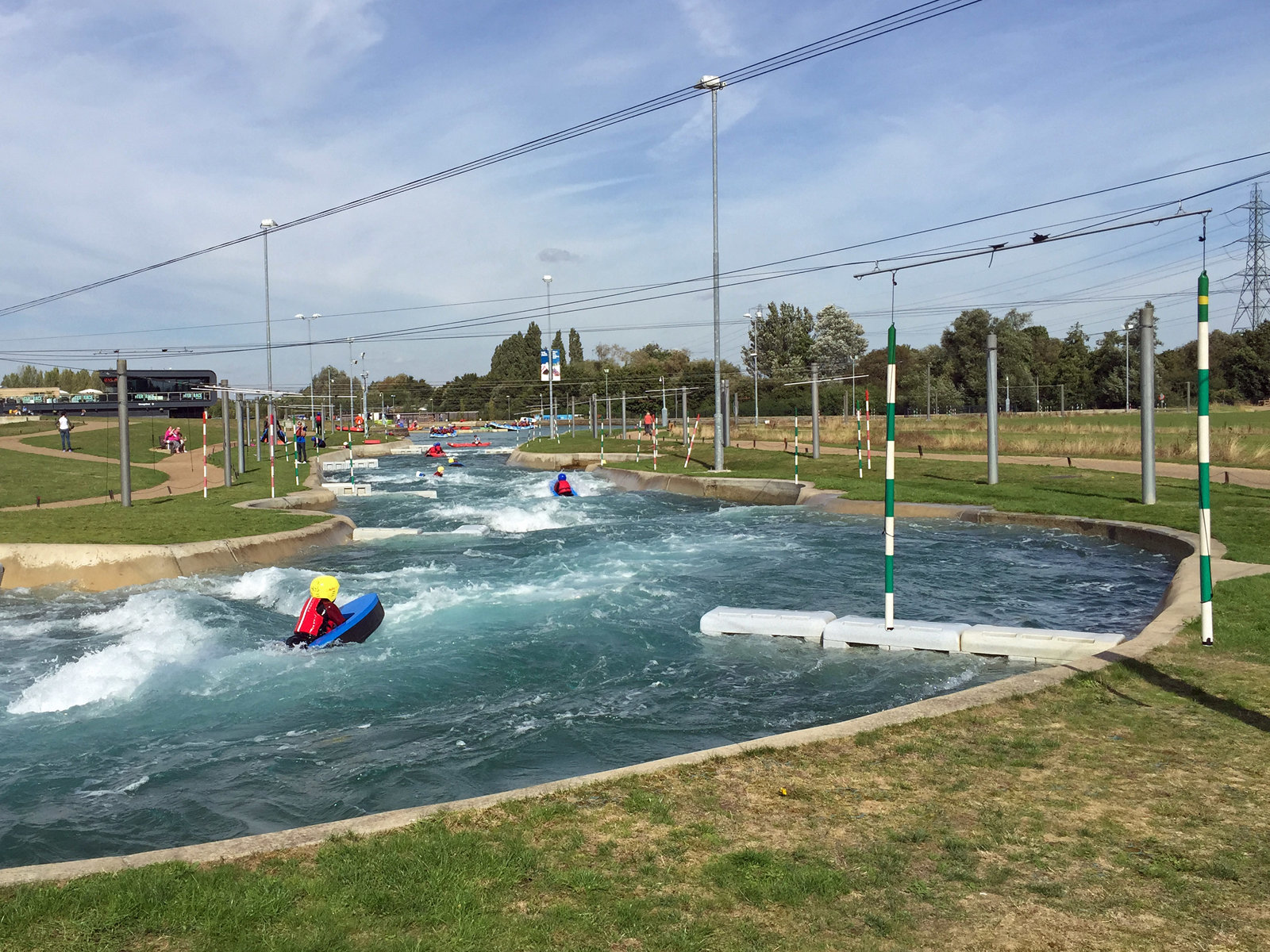 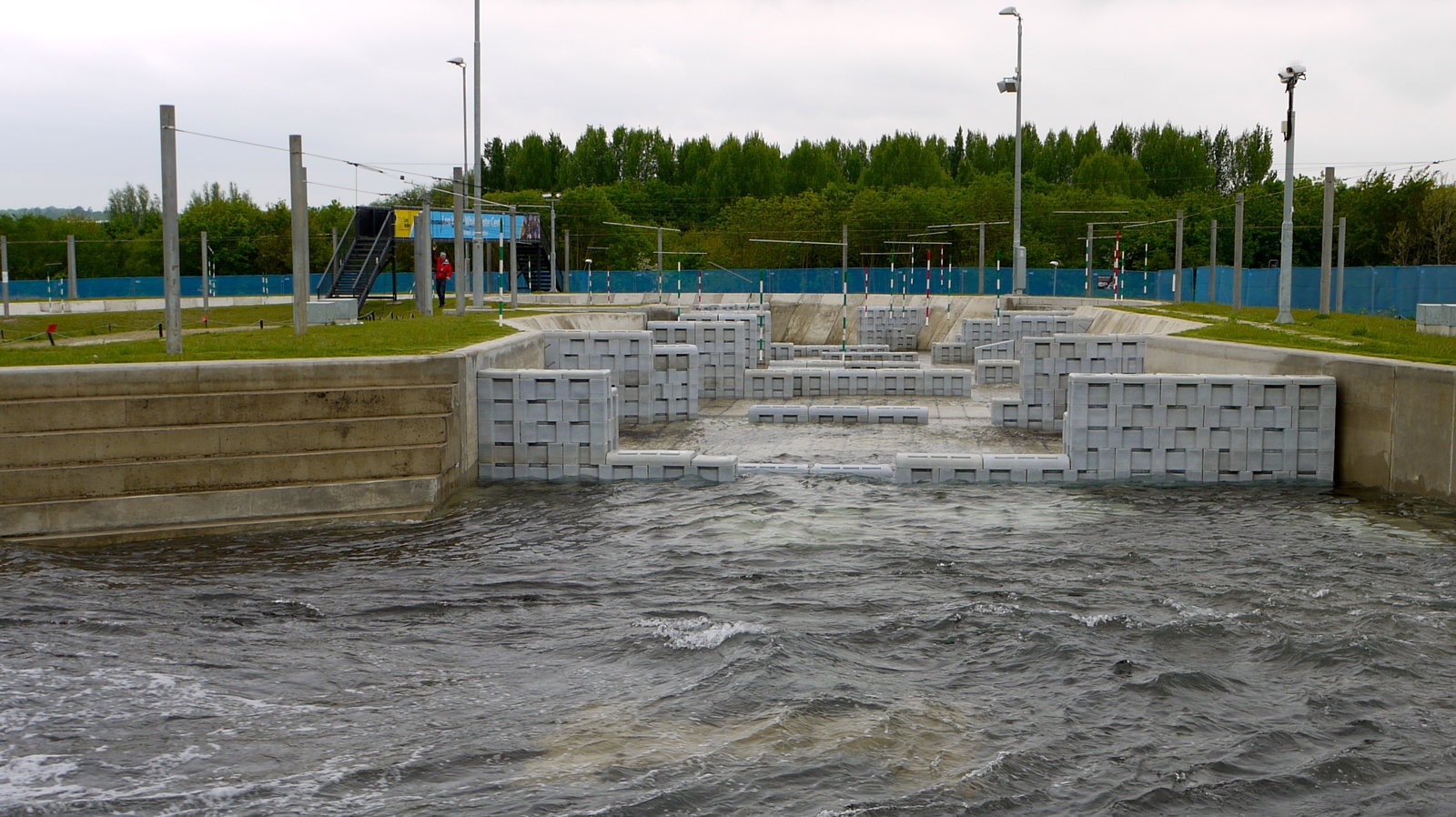 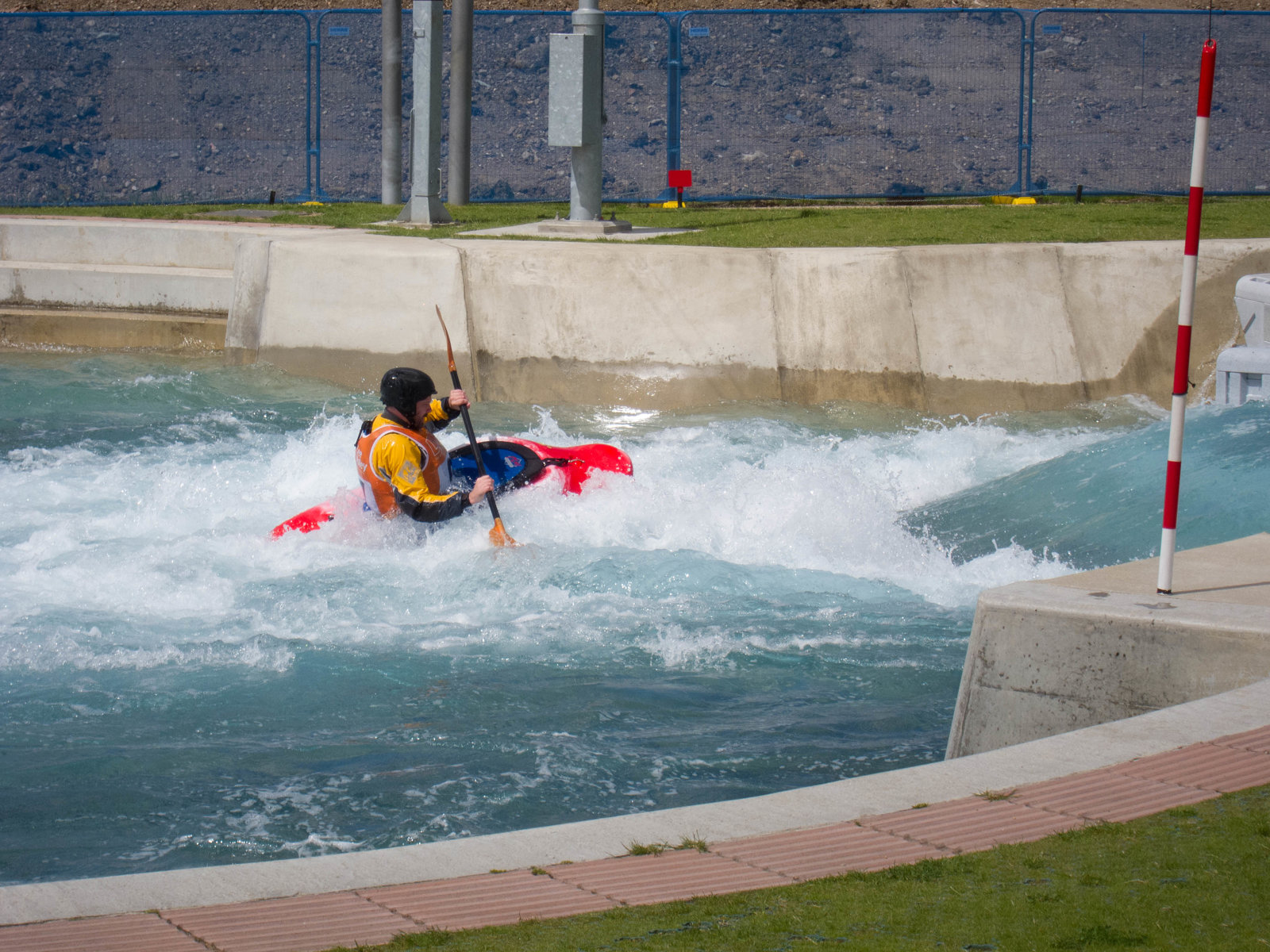