×
What are you looking for?
See all results
Synagogues in Lancut 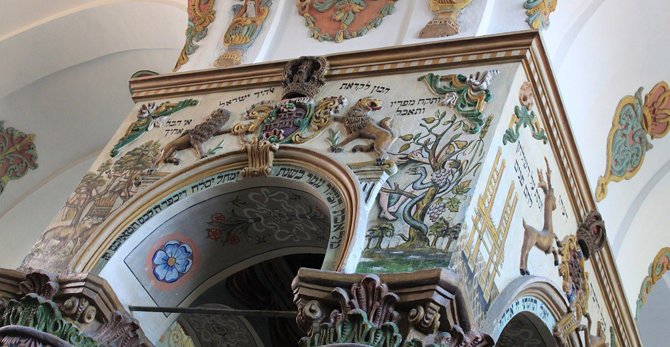 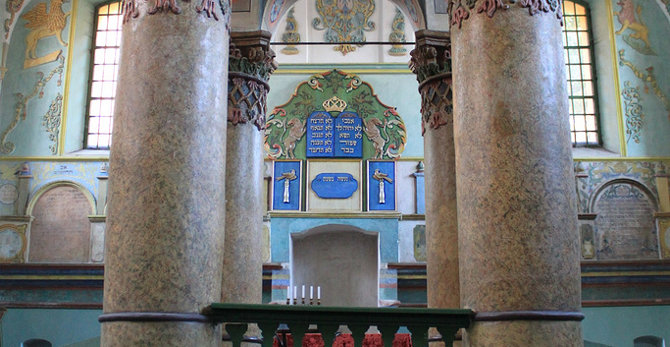 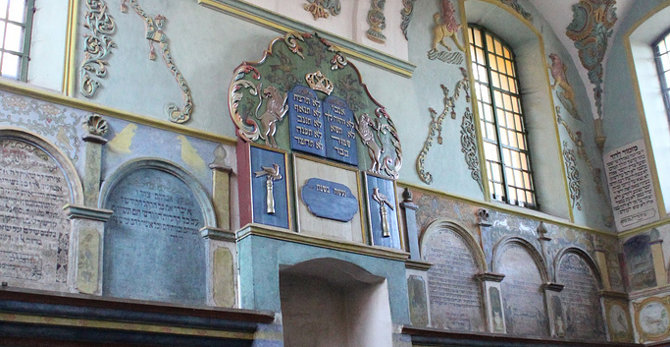 The synagogue is a simple Baroque, masonry building with a vestibule and side room, main hall and a women's balcony above the vestibule reached by an exterior staircase. The windows of the main hall are unusually large for a Polish synagogue; Krinsky believes that this may reflect the security of the Jews in Łańcut, who lived under the protection of the landowning family. The synagogue is built with eight, barrel-vaulted bays around a central Bimah, the four, massive, masonry pillars of which support the ceiling and roof. Painted, decorative plasterwork adorns the pillar capitals, ceiling, and walls. The floor in the restored building is made of concrete. The walls are decorated reproductions of the pre-war paintings. They feature traditional Jewish subjects, such as Noah and the Ark, symbols of the Zodiac, and images of musical instruments mentioned in the Book of Psalms.

Tips & Hints
Arrange By:
Popular first New first
There are no tips nor hints for Łańcut Synagogue yet. Maybe be you will be the first one to post useful information for fellow travellers? :)

The Łańcut Castle is a 17th century palace in Łańcut, Poland. It was

Rzeszów Castle - one of the main landmarks of Rzeszów rebuilt b

Kościół Wszystkich Świętych w Bliznem is a tourist attraction, one

Blizne ] is a village in the administrative district of Gmina

Pałac w Birczy is a tourist attraction, one of the Palaces in

Pałac Dzieduszyckich is a tourist attraction, one of the Palaces in

Maisel Synagogue (čeština. Maiselova synagoga) is a synagogue in J

The Erfurt Synagogue in Erfurt, Germany, was built c. 1100. It is 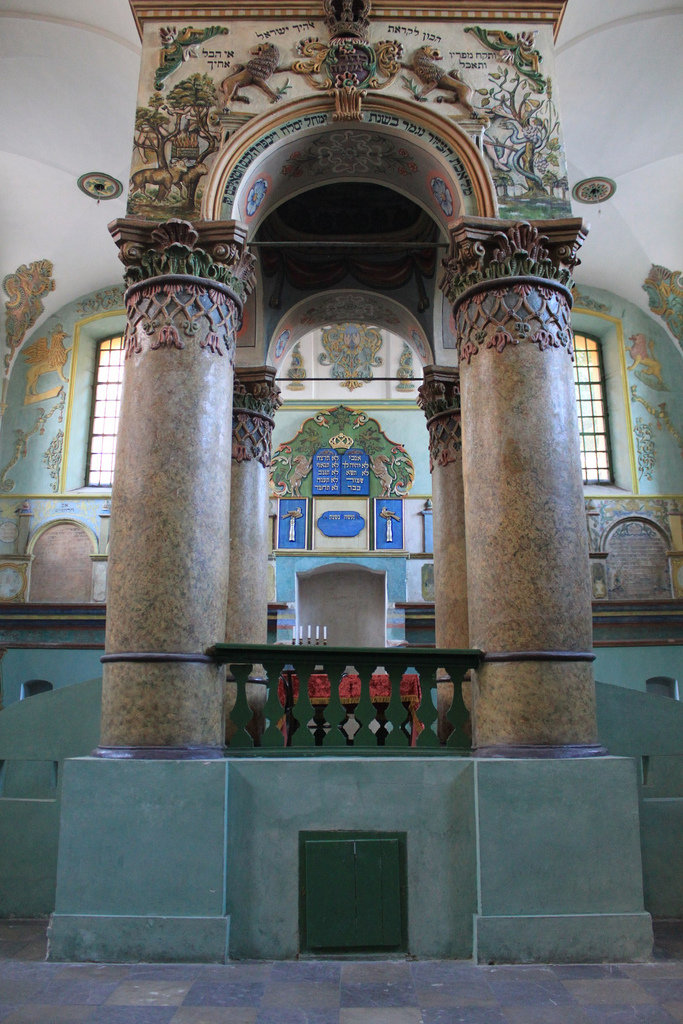 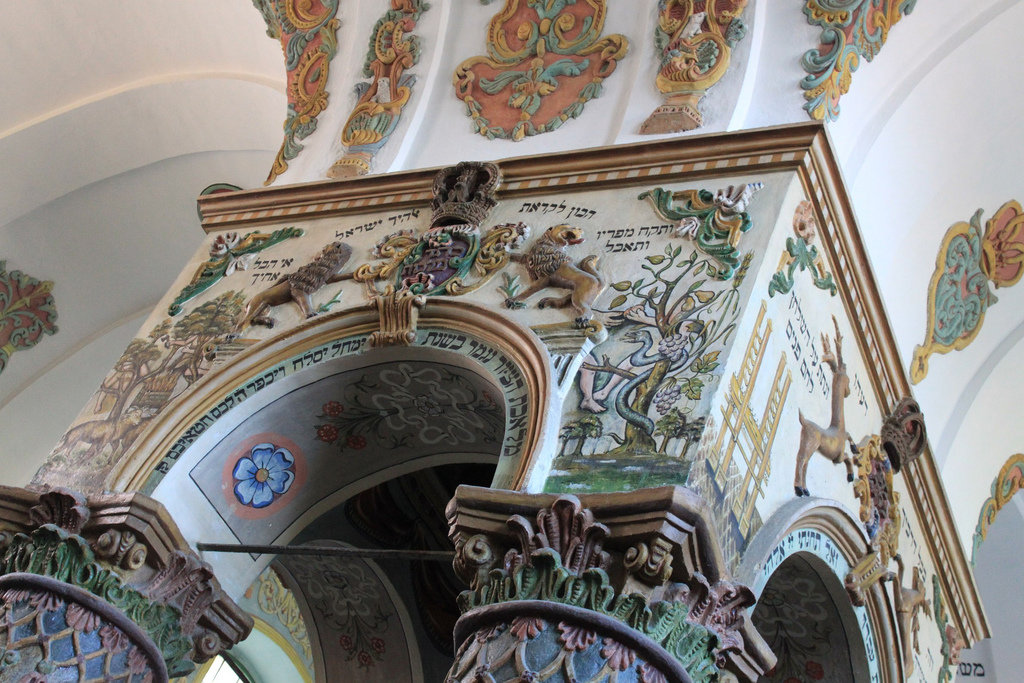 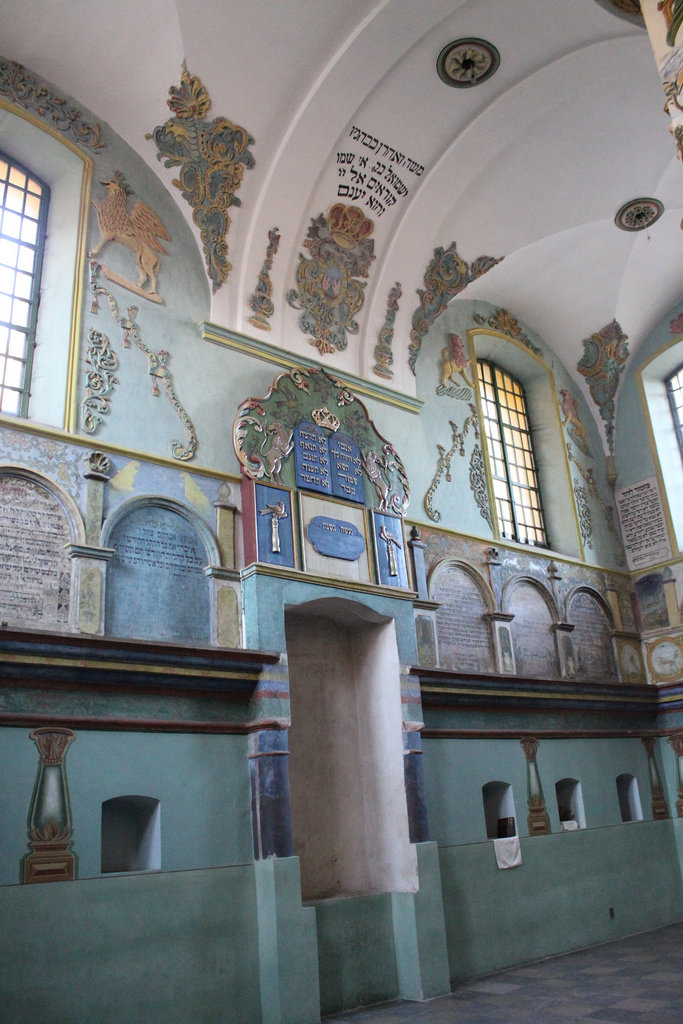 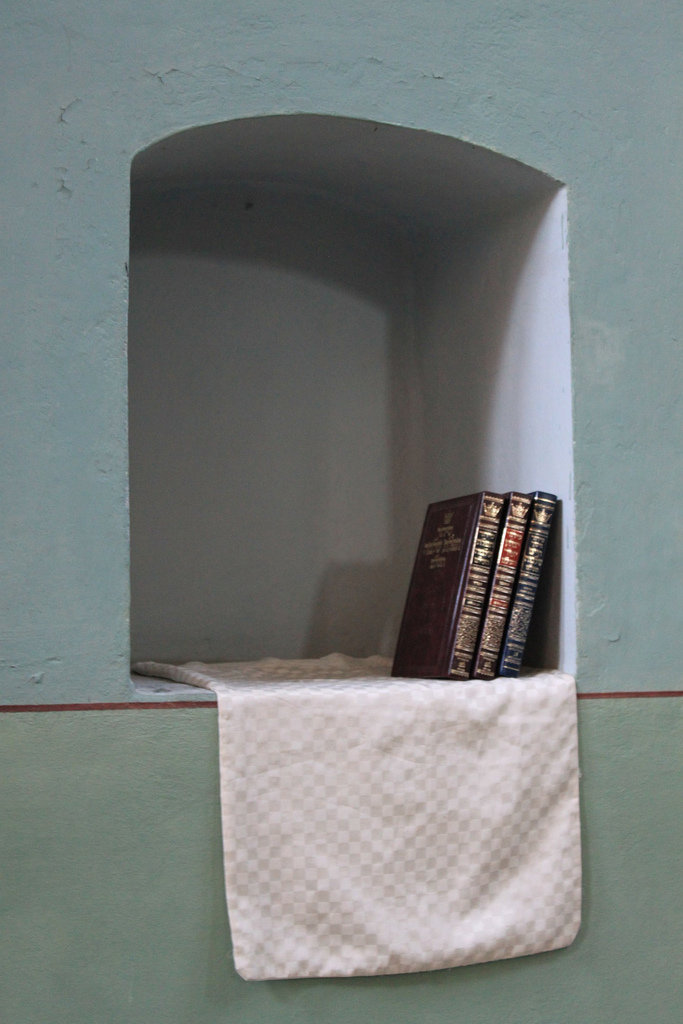 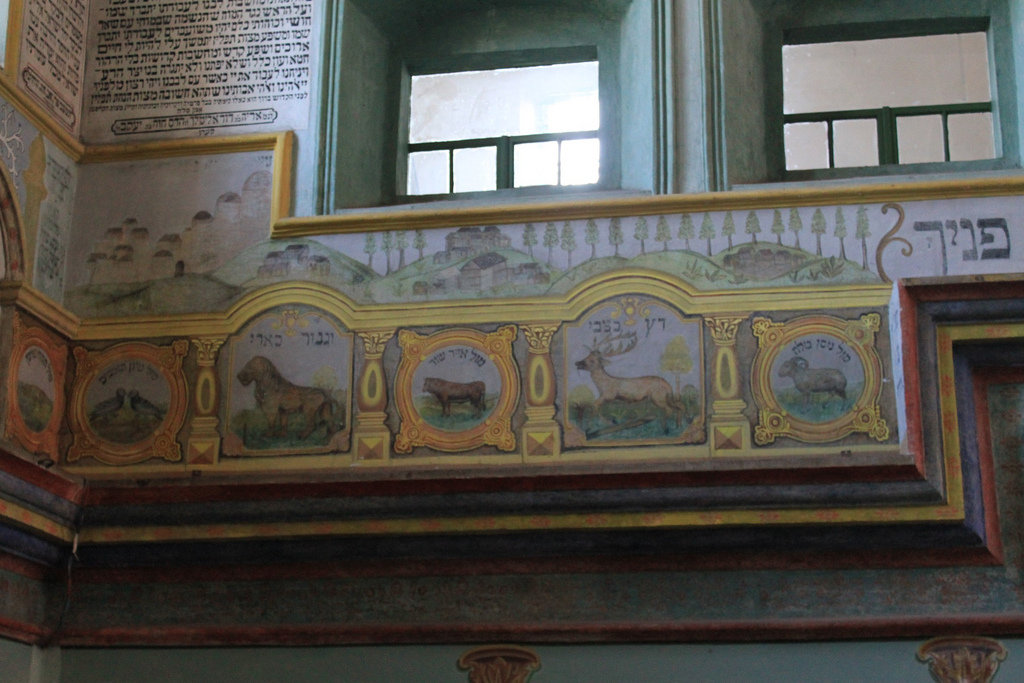 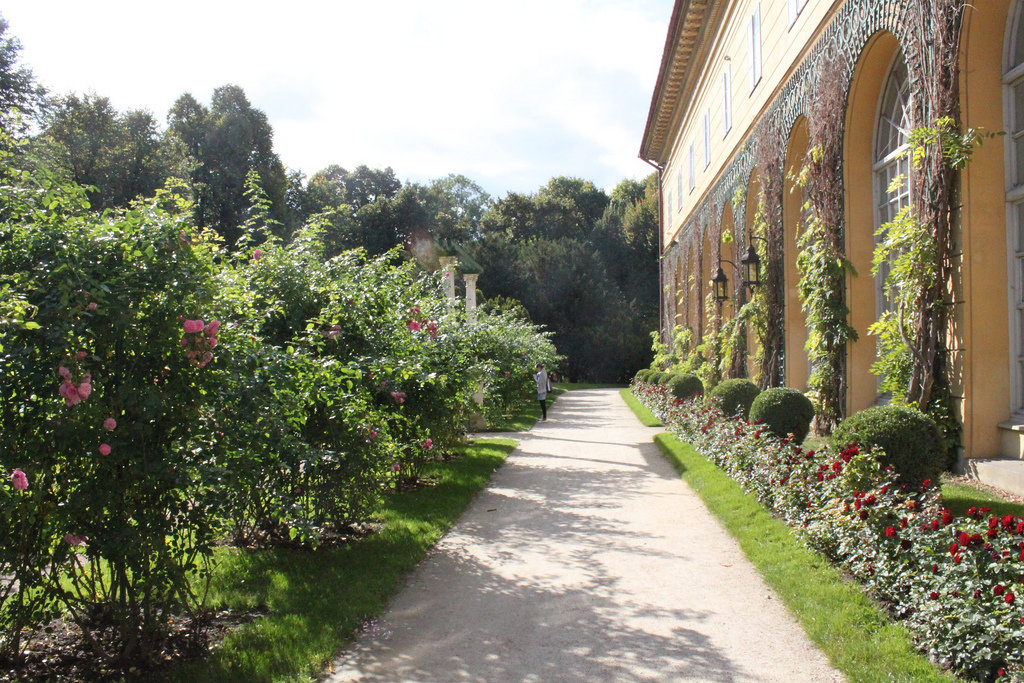