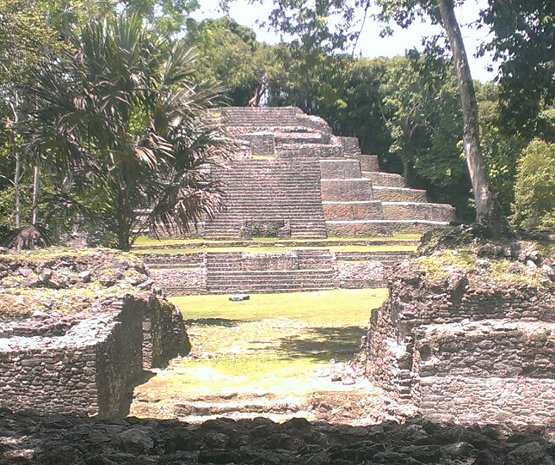 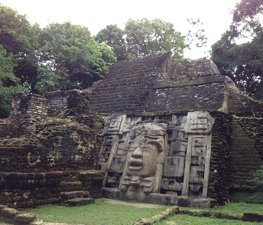 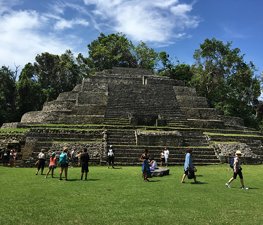 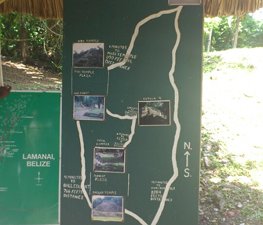 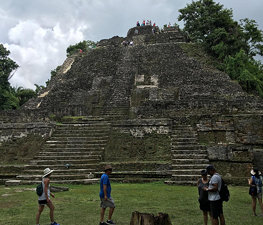 Lamanai (from Lama'anayin, "submerged crocodile" in Yucatec Maya) is a Mesoamerican archaeological site, and was once a considerably sized city of the Maya civilization, located in the north of Belize, in Orange Walk District. The site's name is pre-Columbian, recorded by early Spanish missionaries, and documented over a millennium earlier in Maya inscriptions as Lam'an'ain.

Lamanai was occupied as early as the 16th century BC. The site became a prominent centre in the Pre-Classic Period, from the 4th century BC through the 1st century CE. In 625 CE, "Stele 9" was erected there in the Yucatec language of the Maya. Lamanai continued to be occupied up to the 17th century AD. During the Spanish conquest of Yucatán Spanish friars established two Roman Catholic churches here, but a Maya revolt drove the Spanish out. The site was subsequently incorporated by the British in British Honduras, passing with that colony's independence to Belize.

The vast majority of the site remained unexcavated until the mid-1970s. Archaeological work has concentrated on the investigation and restoration of the larger structures, most notably the Mask Temple, Structure N10-9 ("Temple of the Jaguar Masks") and High Temple. The summit of this latter structure affords a view across the surrounding jungle to a nearby lagoon, part of New River.

A significant portion of the Temple of the Jaguar Masks remains under grassy earth or is covered in dense jungle growth. Unexcavated, it would be significantly taller than the High Temple.

The first detailed description of the ruins was made in 1917 by Thomas Gann. Archeological excavations at the site began in 1974 under David M. Pendergast of the Royal Ontario Museum, which continued through 1988. Further excavations and restoration work is being conducted as of 2004[update]. The ruins are being excavated by a team from the nearby villages of Indian Church and San Carlos. The current project is co-directed by Dr. Elizabeth Graham (Institute of Archaeology, University College London) and Dr. Scott Simmons (University of North Carolina at Wilmington). Since 2006 research at the site has been directed mostly towards artifact analysis. Major excavations will resume when funding for more artifact processing, analyses and storage is acquired.

Lamanai is accessible to tourists by organised day boat trips from Orange Walk Town along the New River. A small museum exhibits local artefacts and provides a historical overview. Tourist facilities and small shops are available.

Yup, I climbed it. Now I know how Muhammad Ali must have Felt after he survived Joe Frazier in Manil — mbara33 @ Flickr

Bernard Codd
The view from the high temple is worth the climb
Load more comments
foursquare.com
6.6/10
9,350 people have been here
I've been here
Add to wishlist

Altun Ha is the name given ruins of an ancient Maya city in Belize,

Kohunlich (X-làabch'e'en in Modern Maya) is a large archaeological

Hawksworth Bridge is a bridge in San Ignacio, Belize. It was built in

Xunantunich (shoo-NAHN-too-nich) is a Maya archaeological site in

El Caracol, also referred to as the Observatory or more formally by 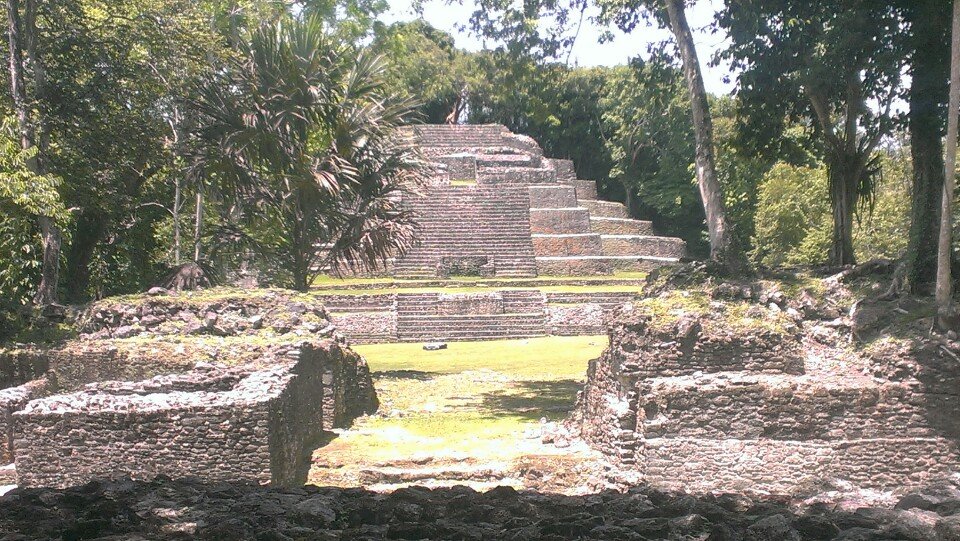 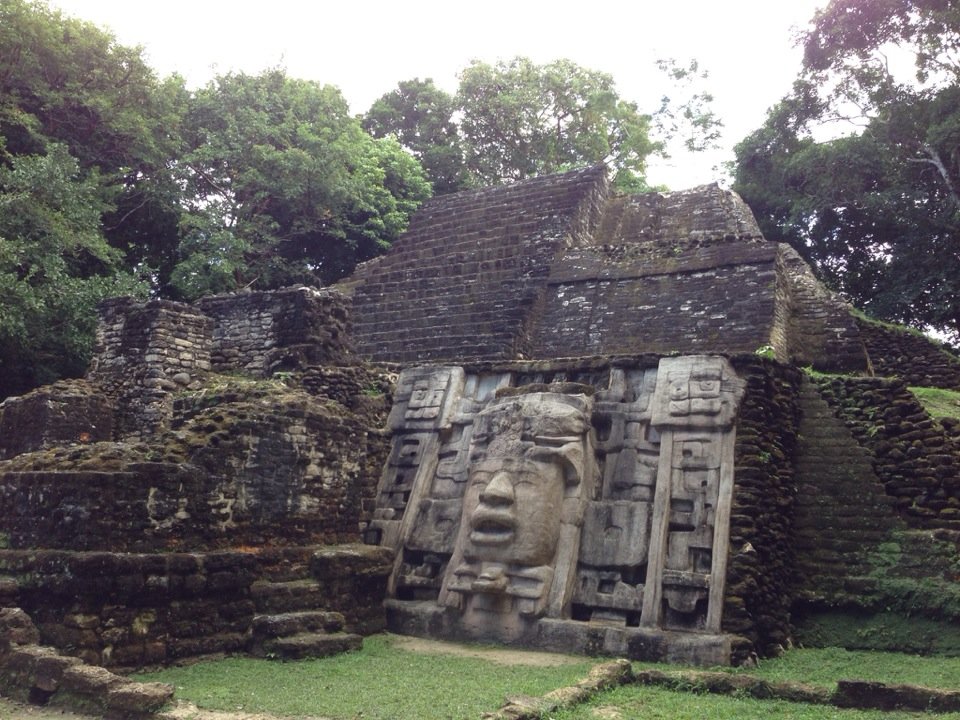 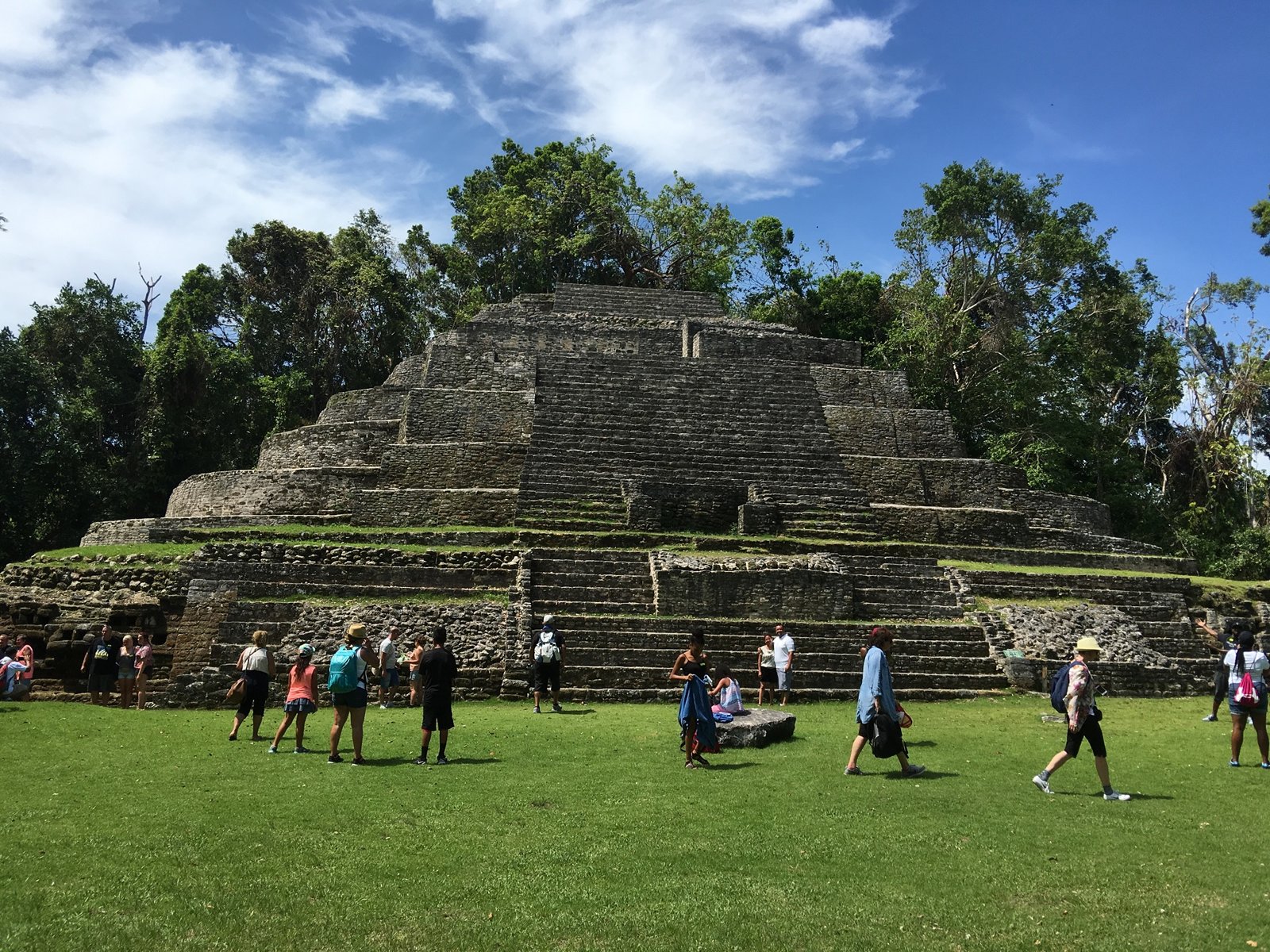 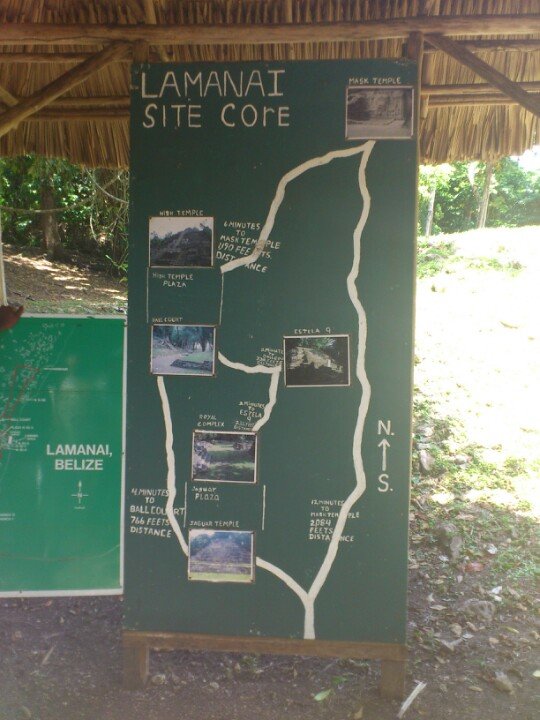 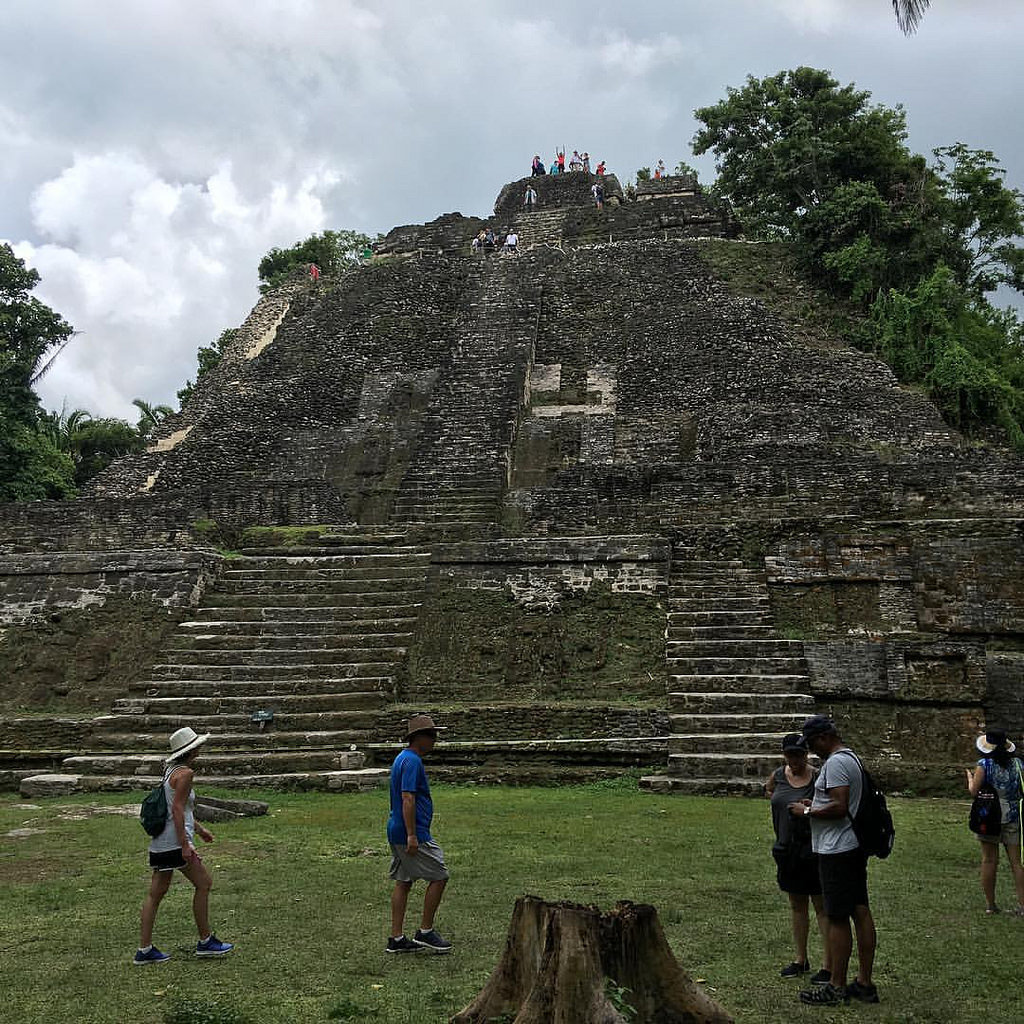 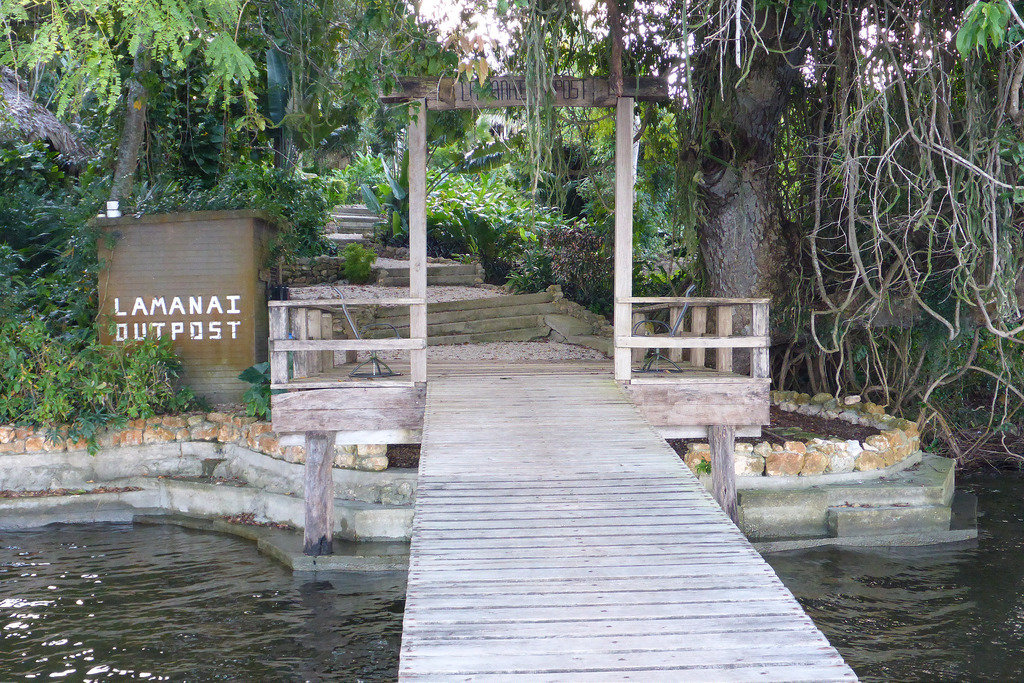 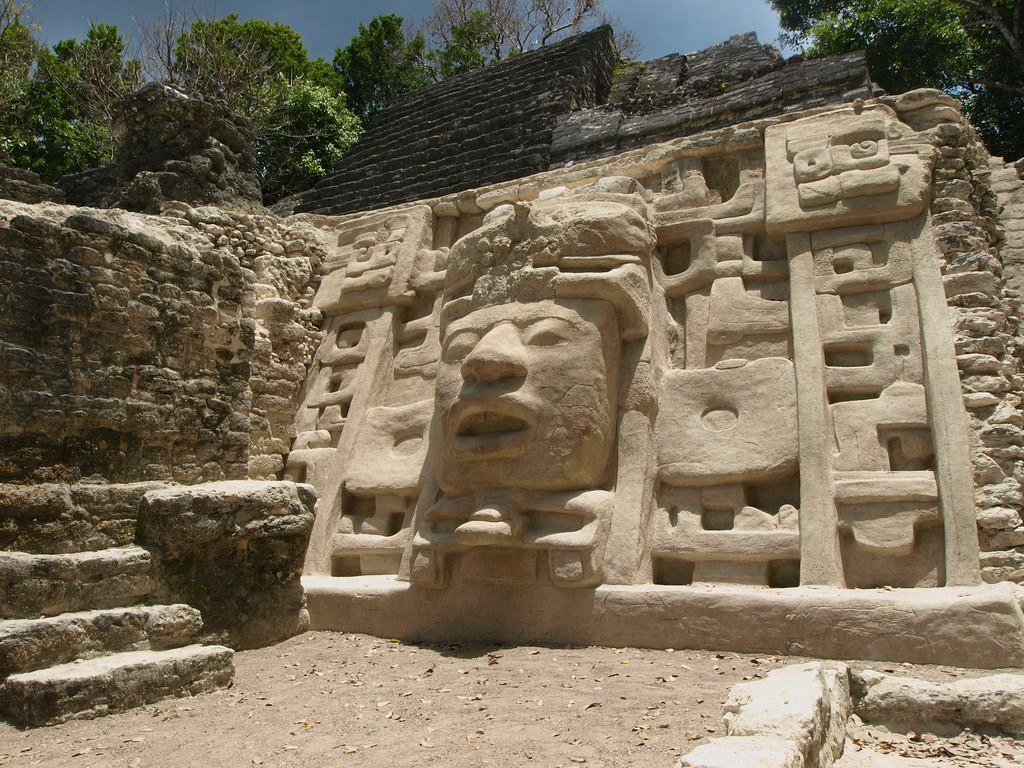 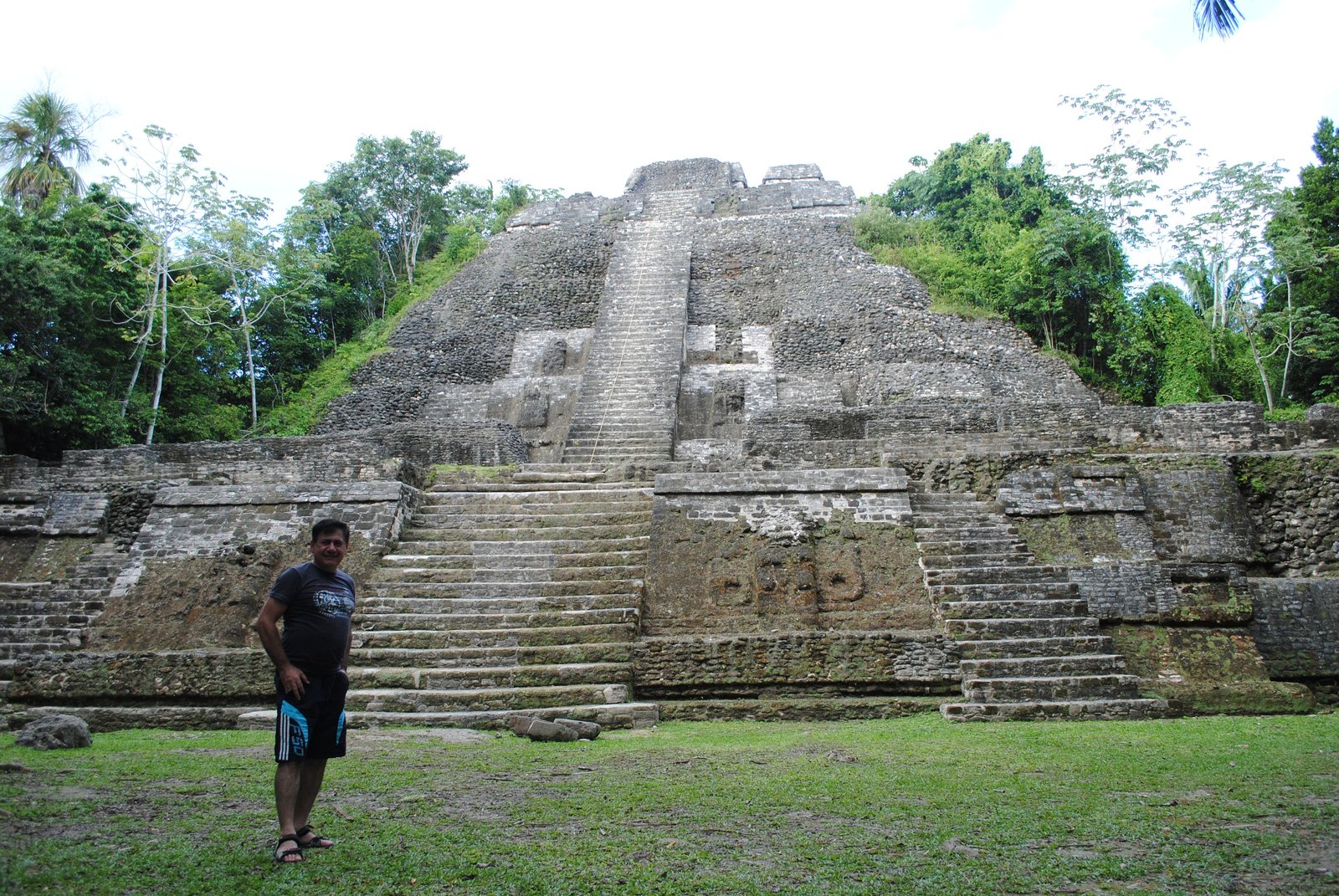 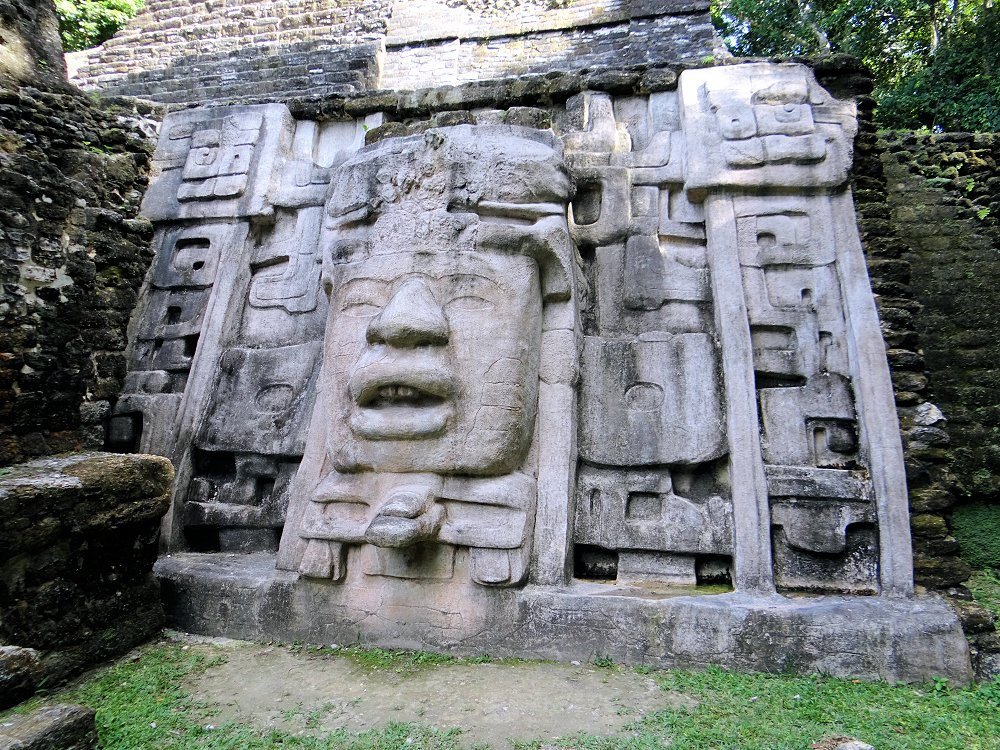 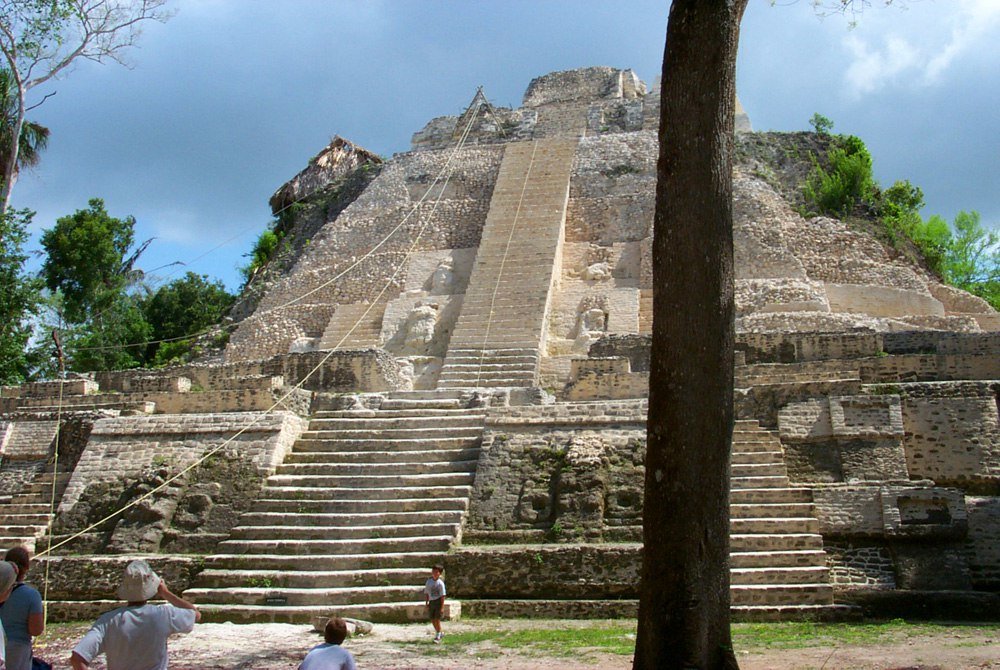 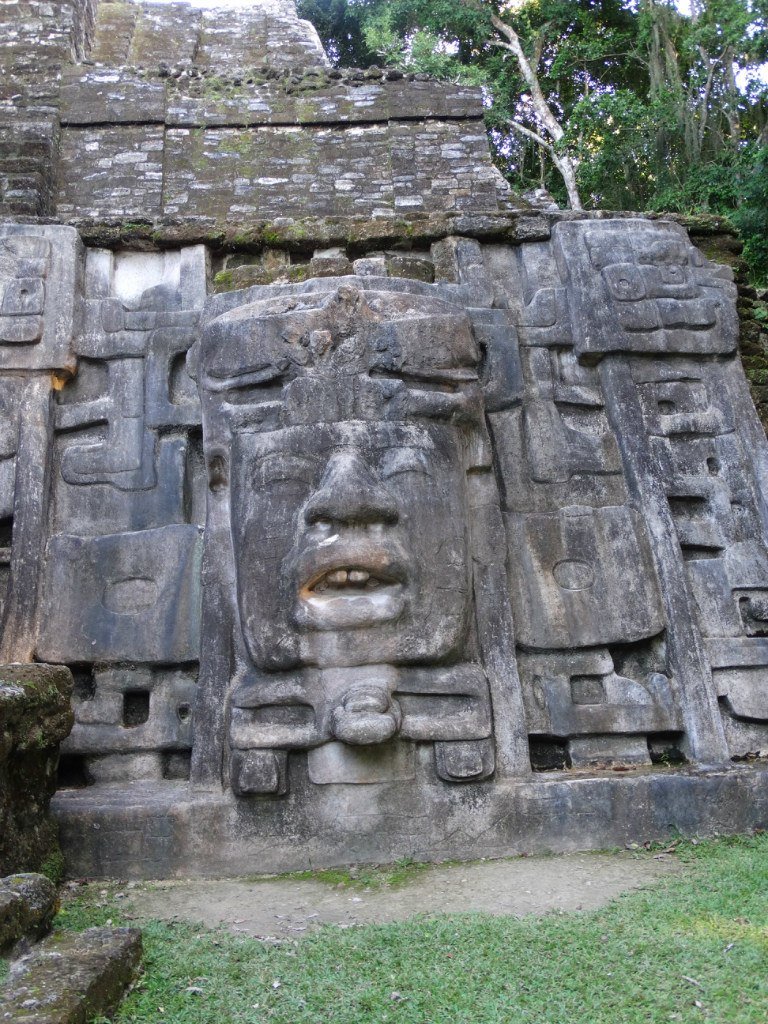 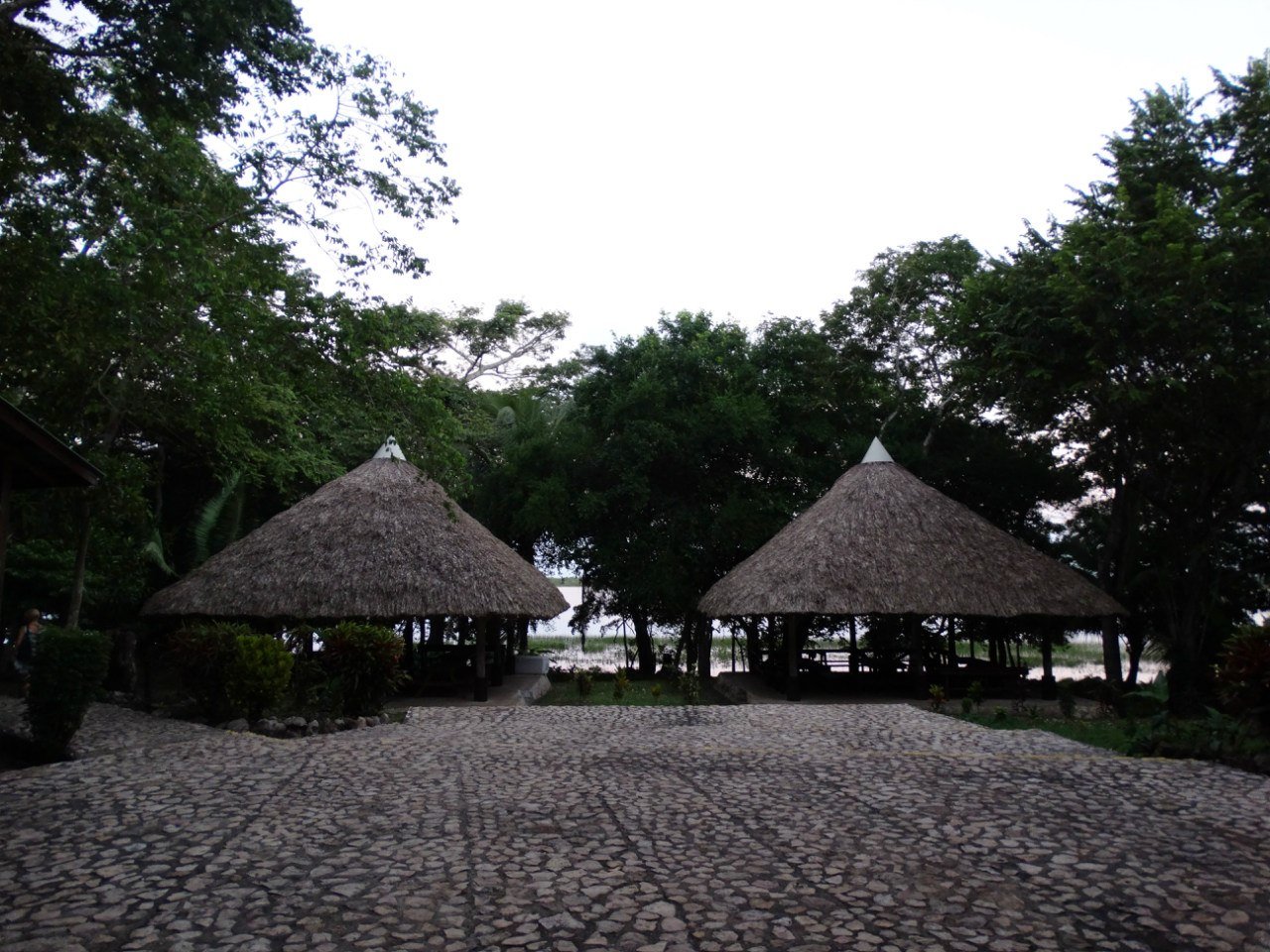 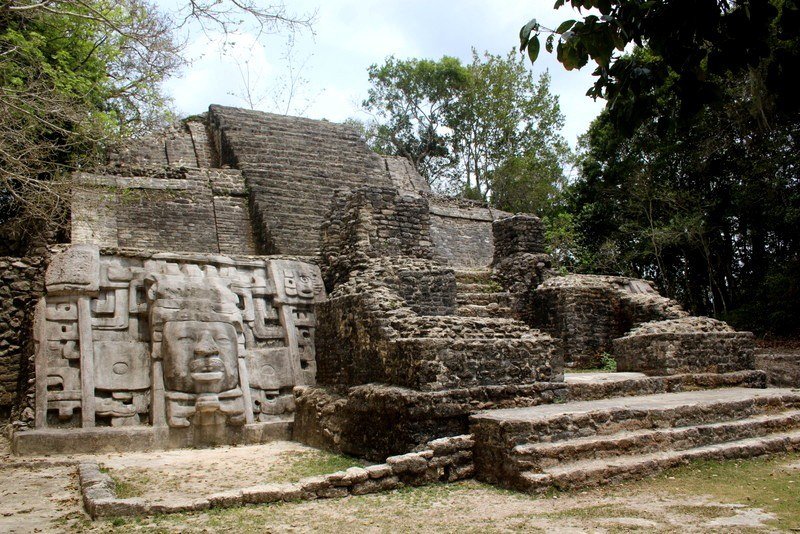 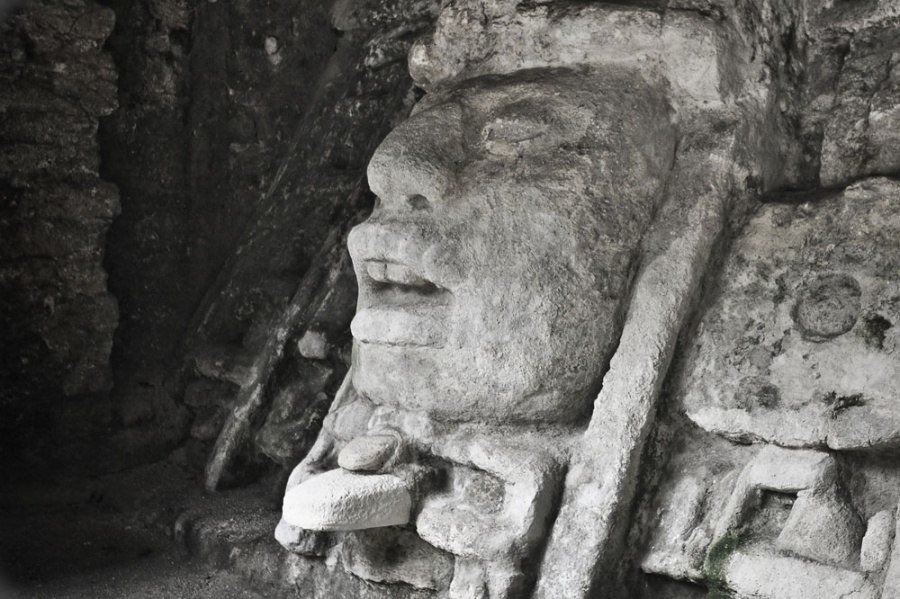 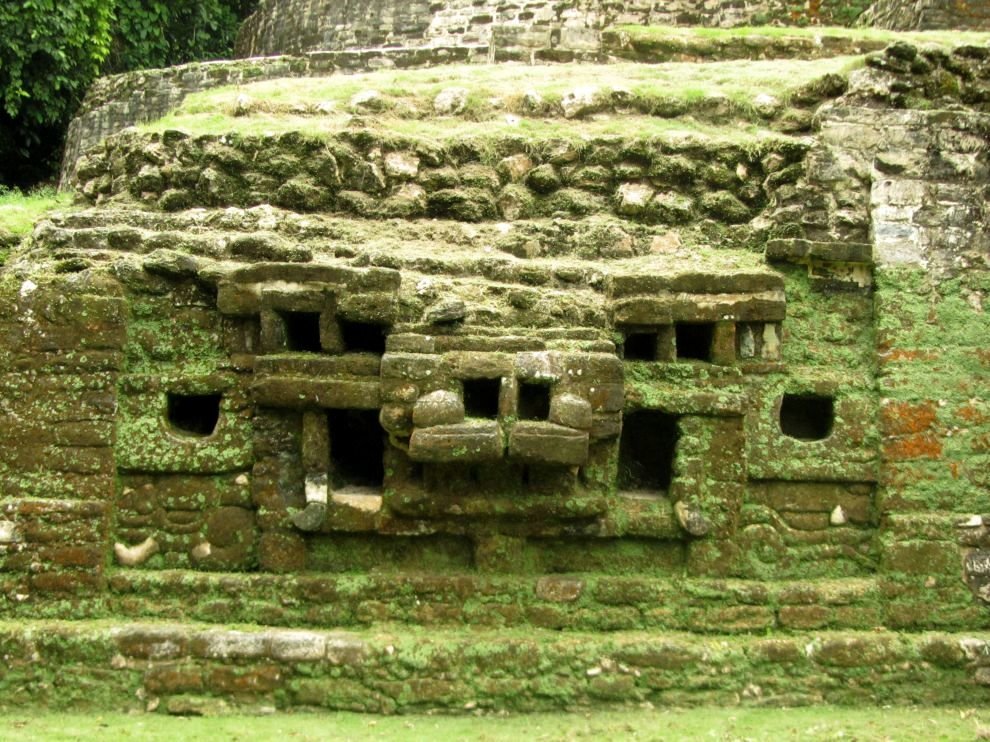 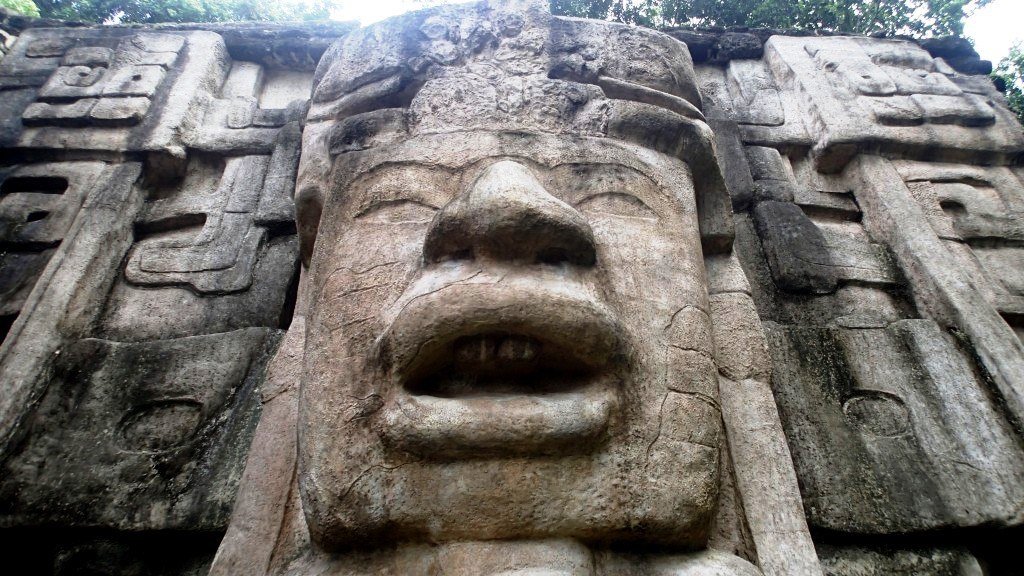 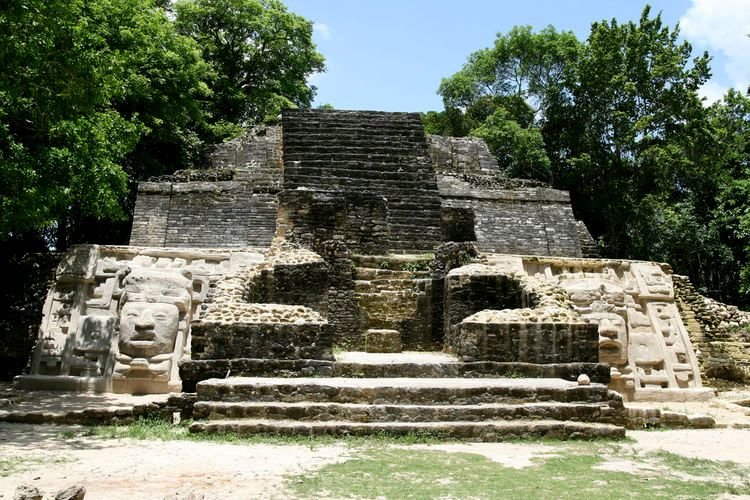 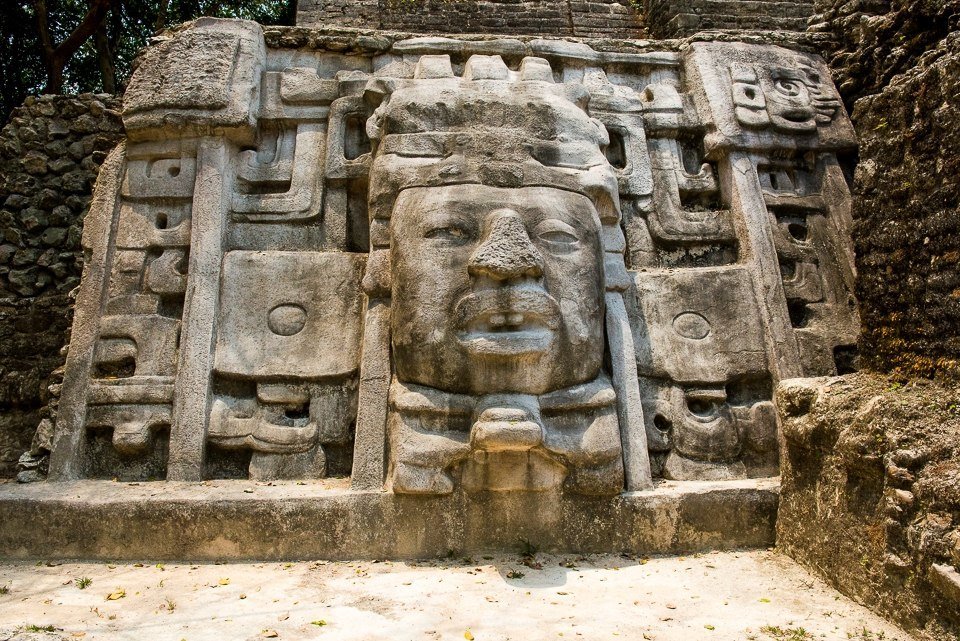 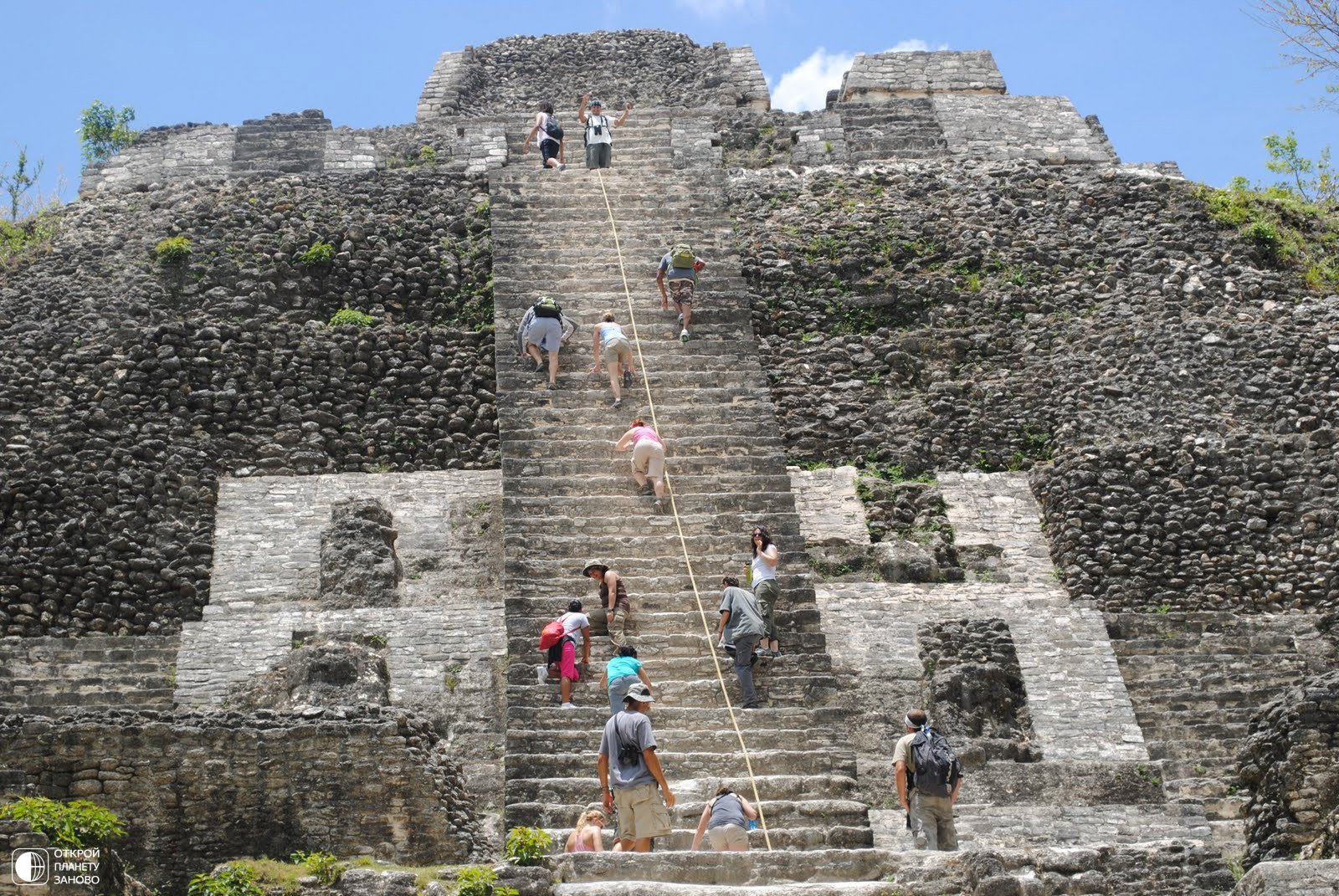 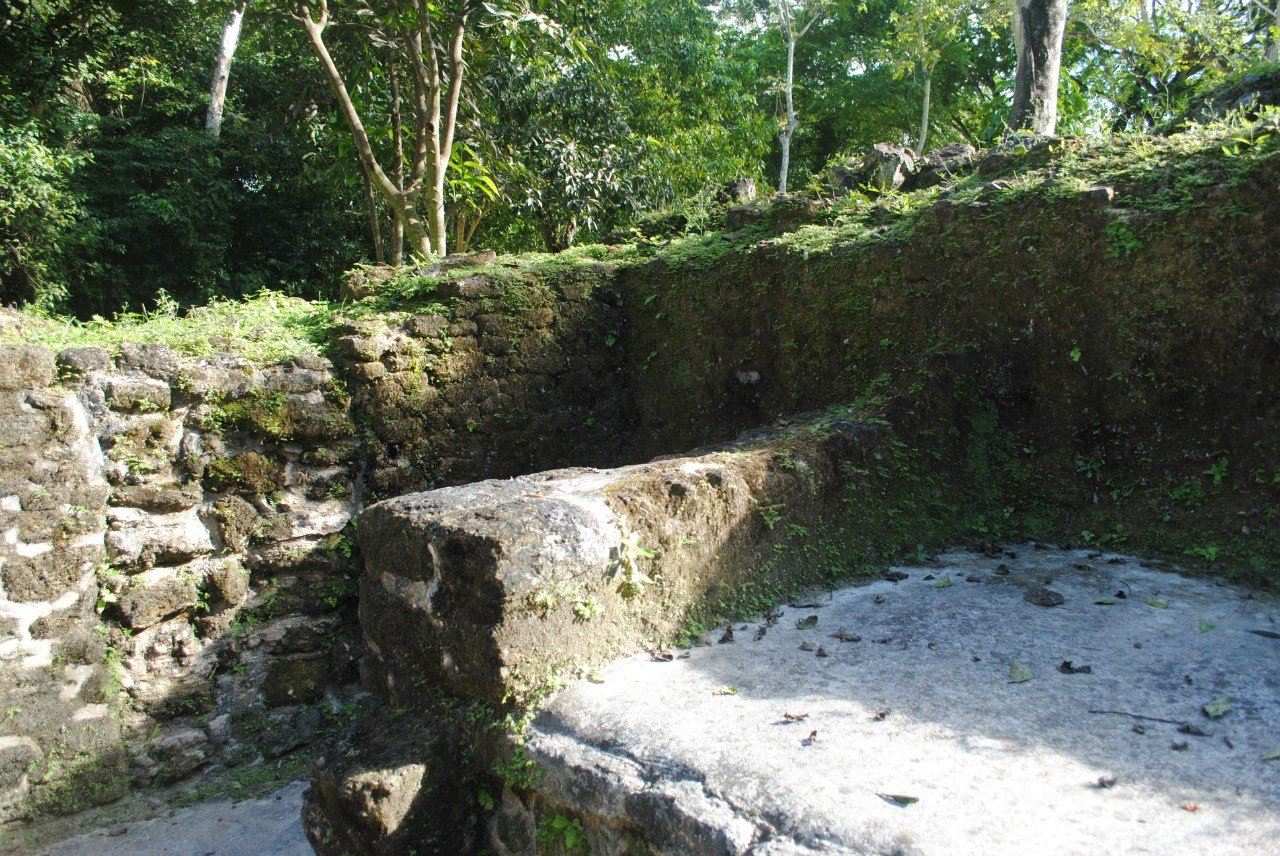 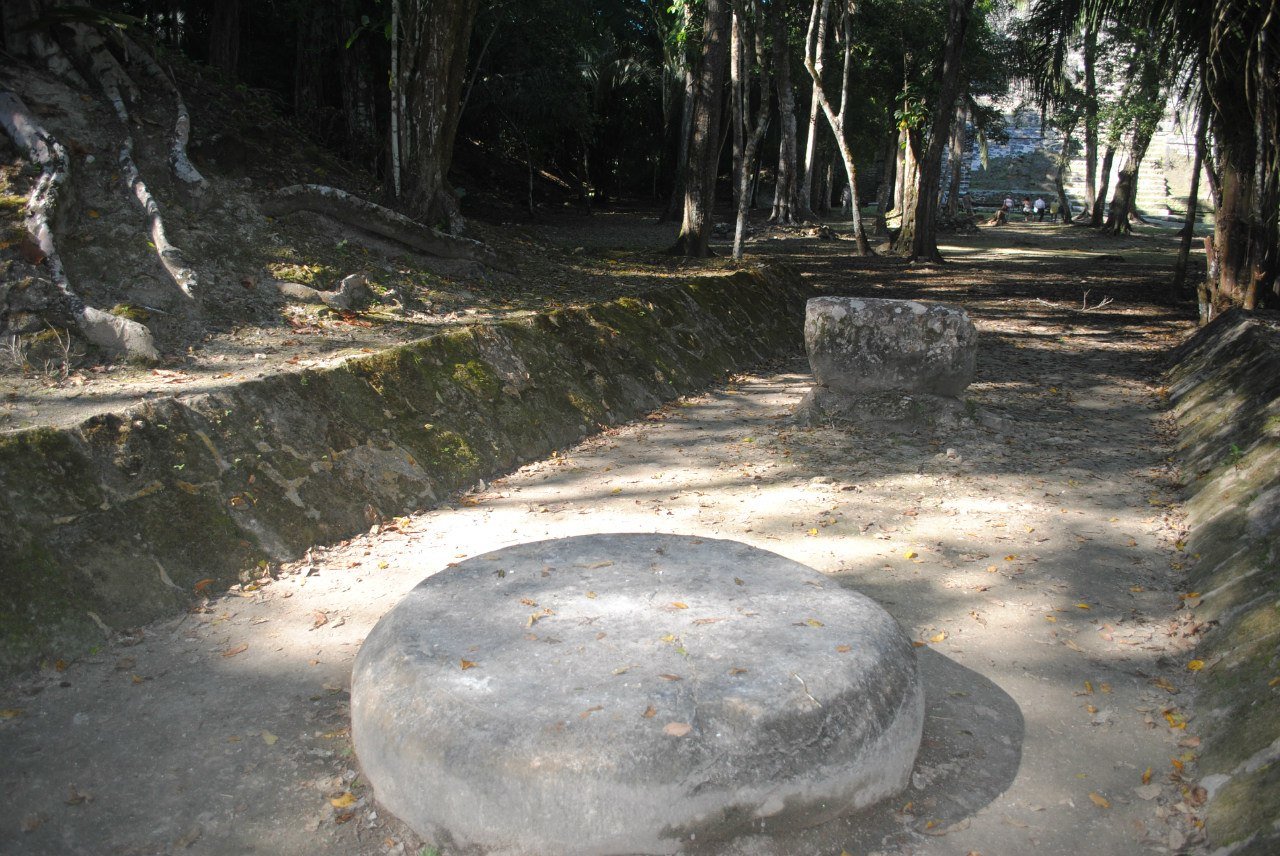