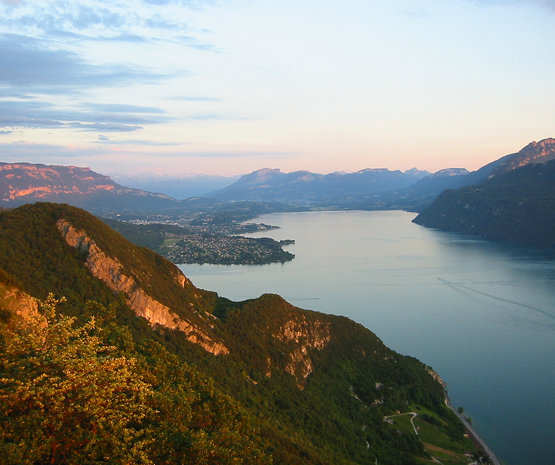 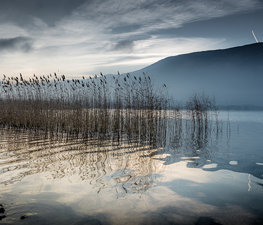 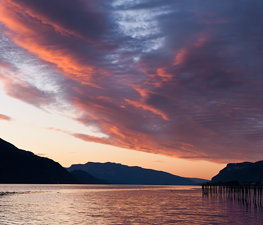 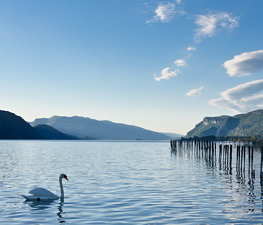 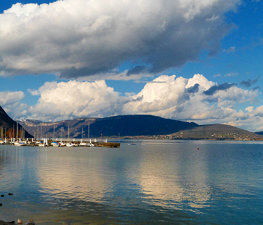 Lac du Bourget (Lake Bourget), also locally known as Lac Gris (Grey Lake) or Lac d'Aix, is a lake at the southernmost end of the Jura Mountains in the department of Savoie, France. It is the deepest lake located entirely within France, and either the largest or second largest after Lac de Grand-Lieu depending on season.

The largest town on its shore is Aix-les-Bains. Chambéry, the capital of Savoie, lies about 10 km south of the lake. The lake is mainly fed by the river Leysse (and other small rivers), and it drains towards the river Rhône through the Canal de Savières, an artificial channel. It is a Ramsar site. The extinct bezoule was found only in this lake.

The lake was formed during the last period of global glaciation in the Alps (Würm glaciation) during the Pleistocene epoch. It has a surface area of 44.5 square kilometres (4,450 hectares). The long and narrow north-south axis of the lake extends 18 km in length, and ranges between 1.6 km and 3.5 km in width. The lake's average depth is 85 m, and its maximum depth in 145 m. The lake is meromictic, meaning that it has layers that do not mix.

The lake is bordered by the steep summits of the Mont du Chat and the Chaîne de l'Épine on the west, and Bauges Mountains on the east, which form its shores.

Lac du Bourget was made famous by several romantic poems of Alphonse de Lamartine, including Le Lac, as well as by descriptions by Xavier de Maistre, Honoré de Balzac, and Alexandre Dumas.

Abbaye de Hautecombe is a tourist attraction, one of the Monasteries

The Château d'Annecy is a restored castle which dominates the old 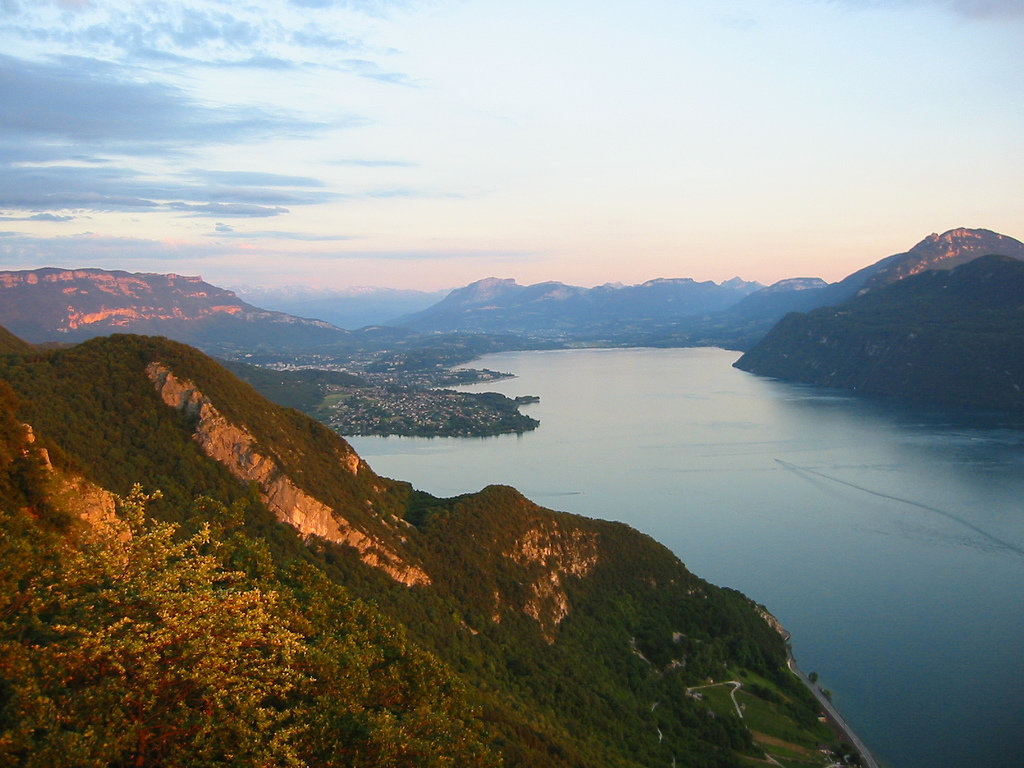 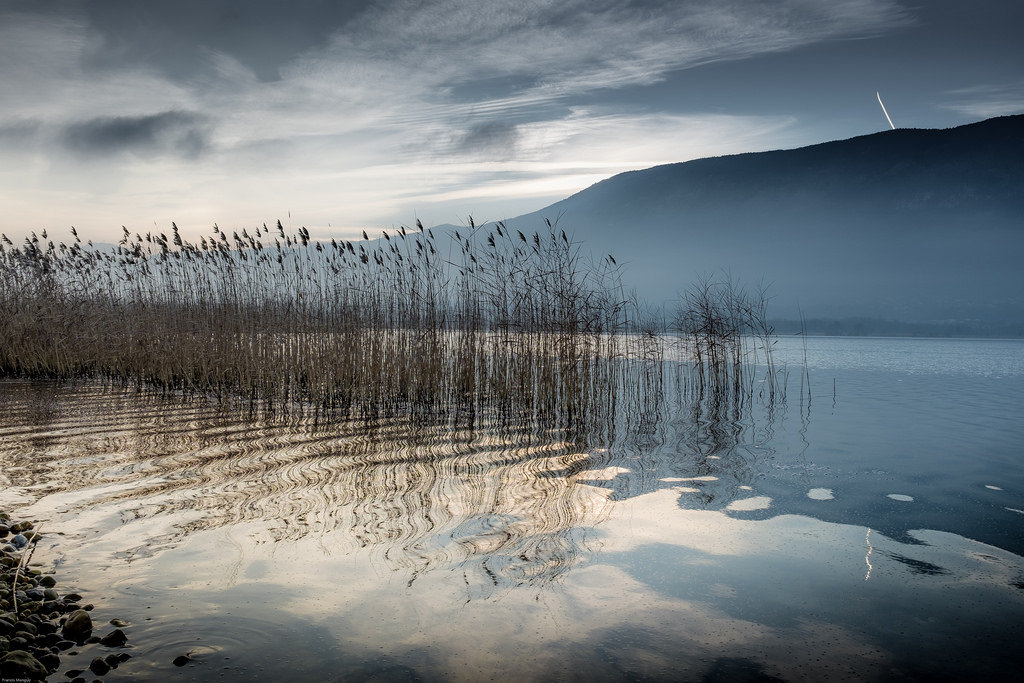 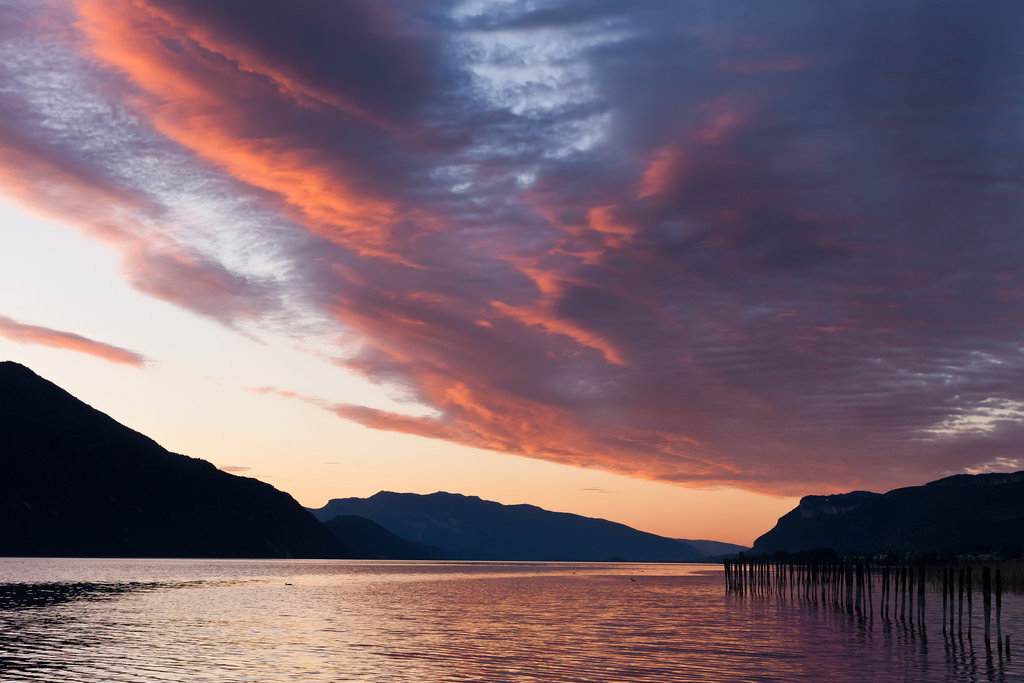 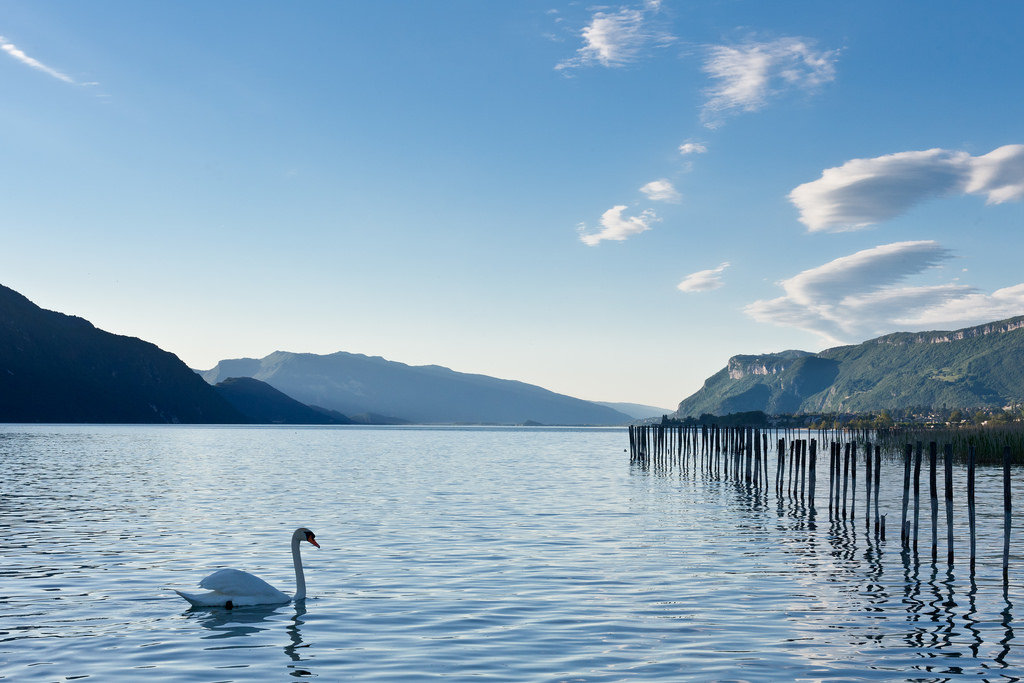 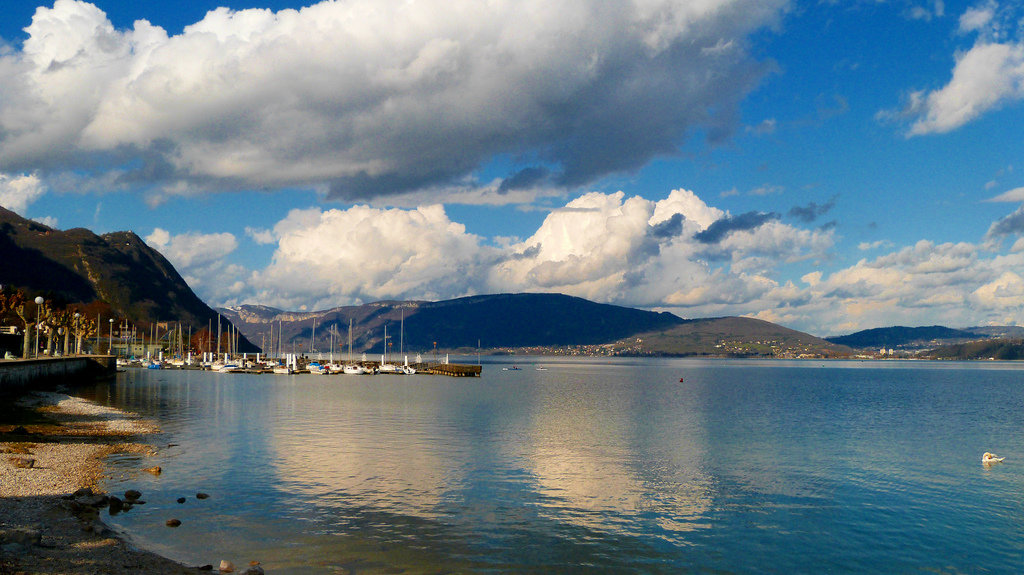 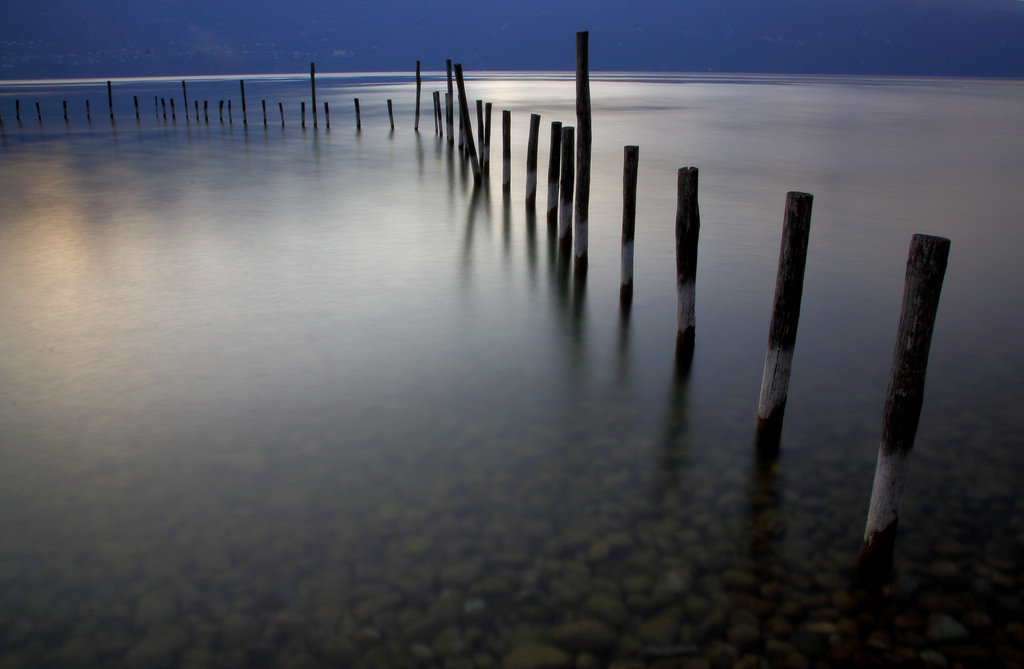 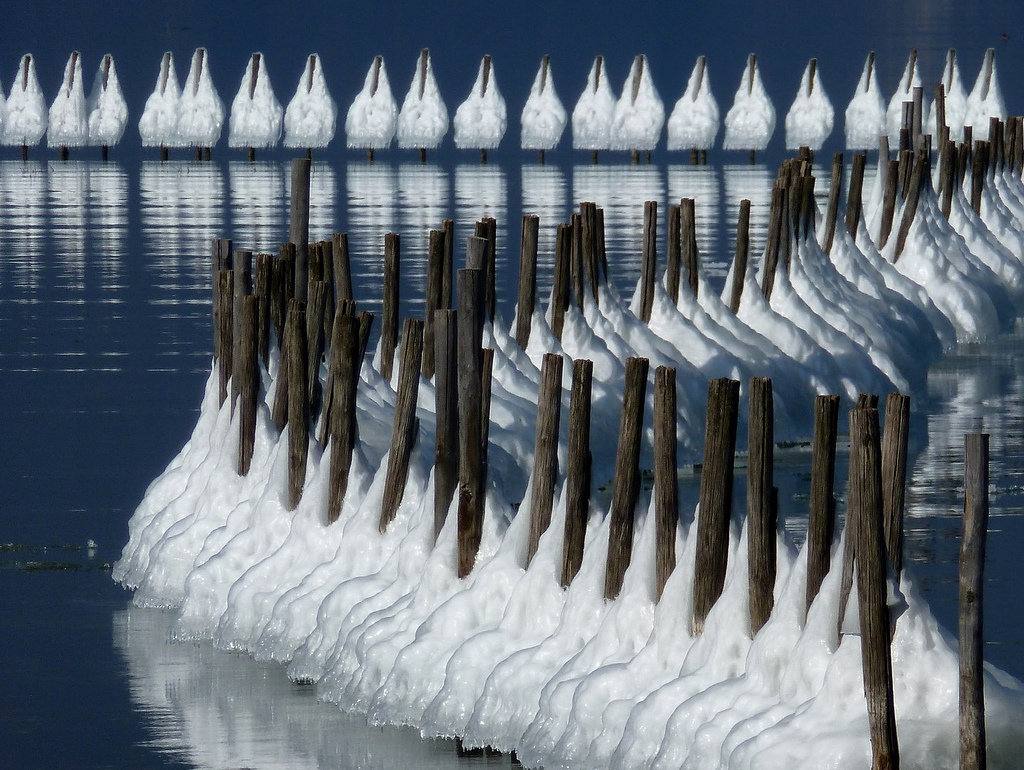 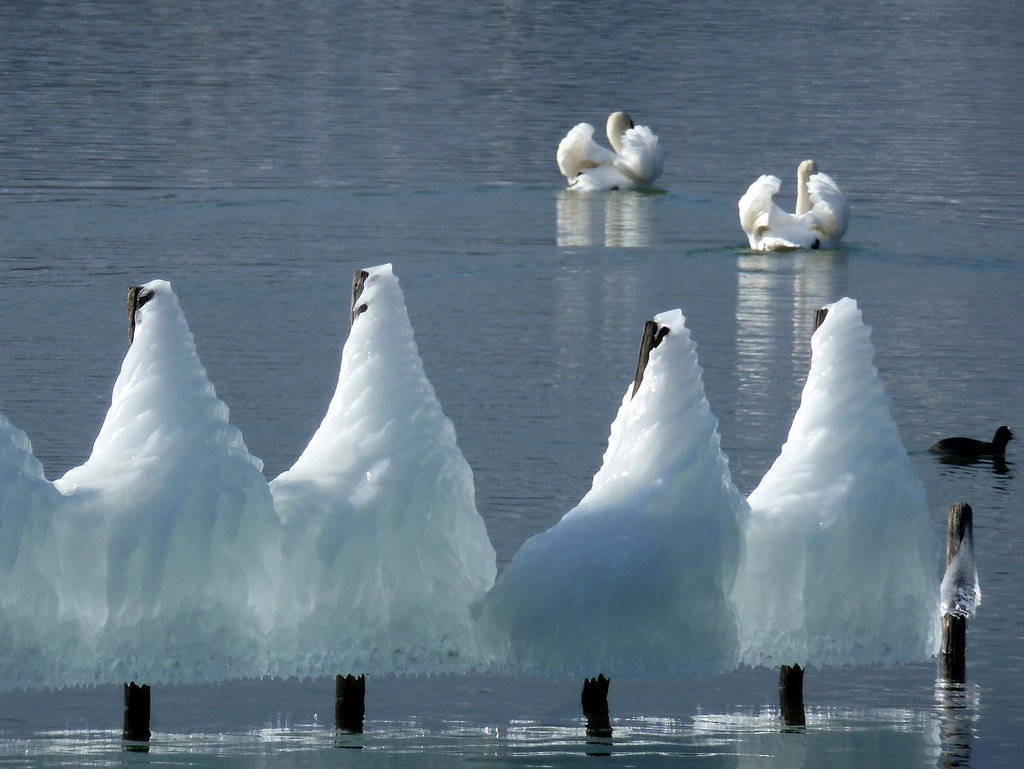 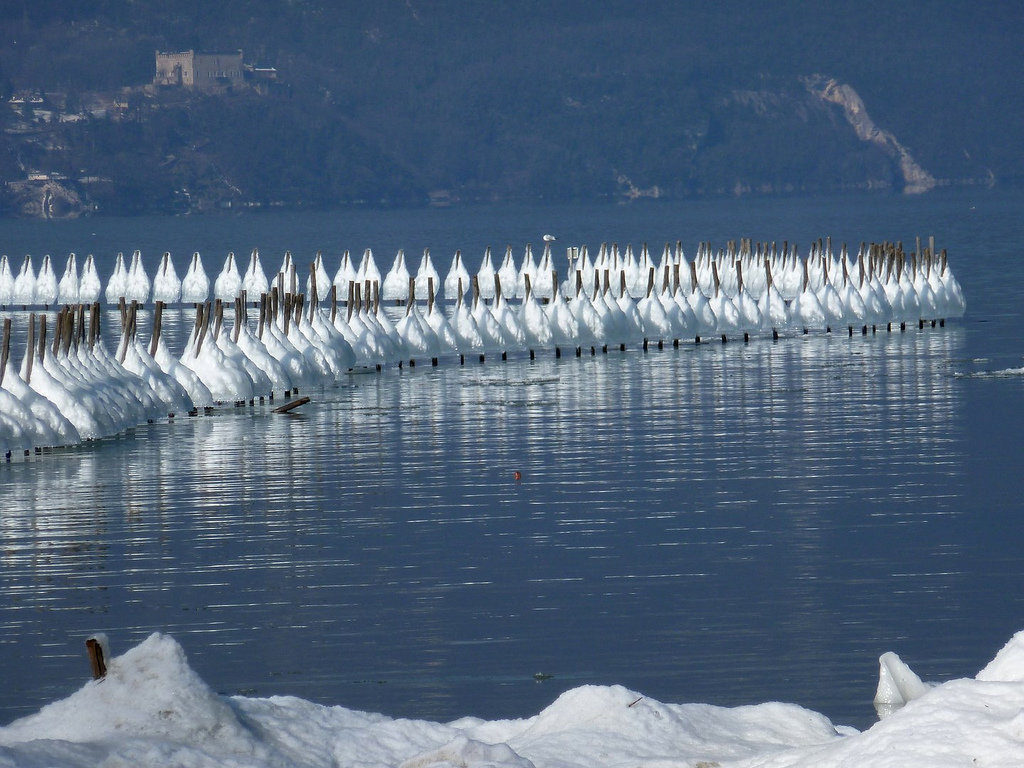 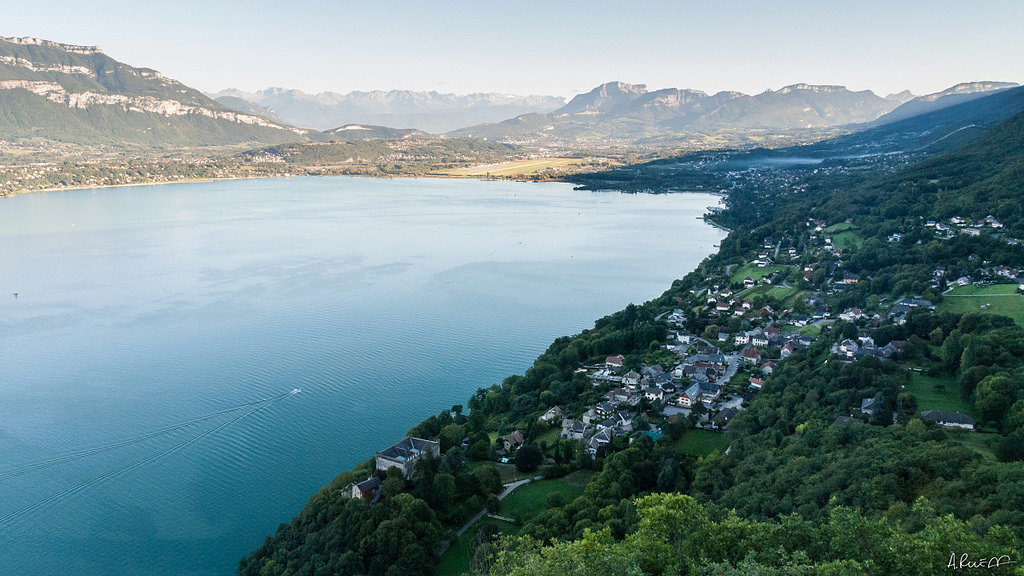 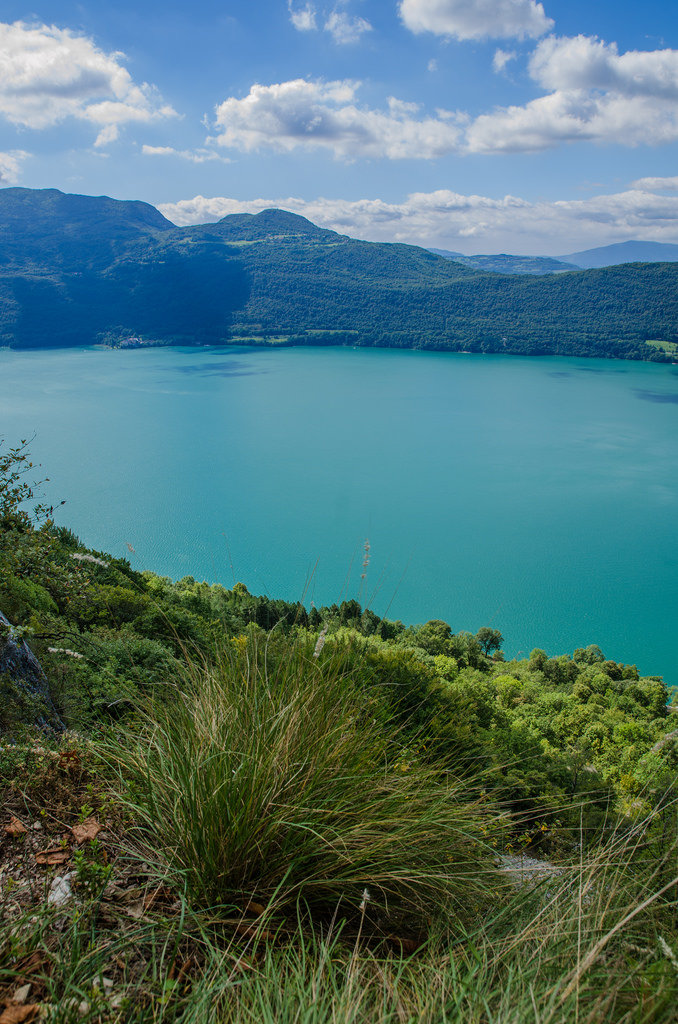 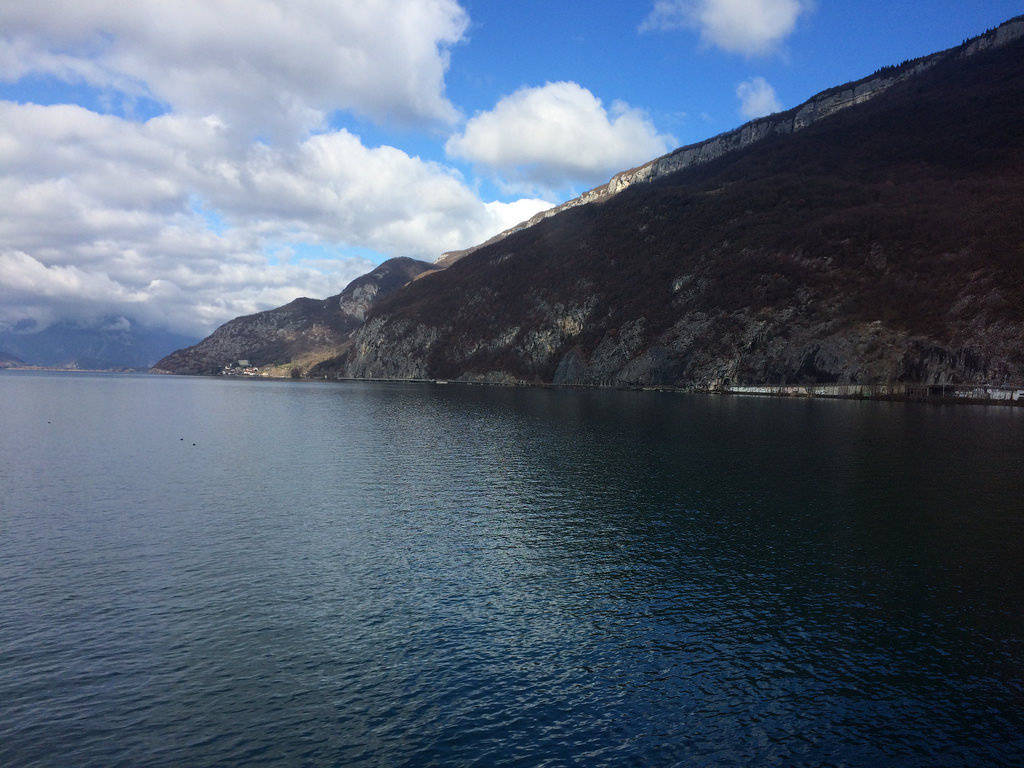 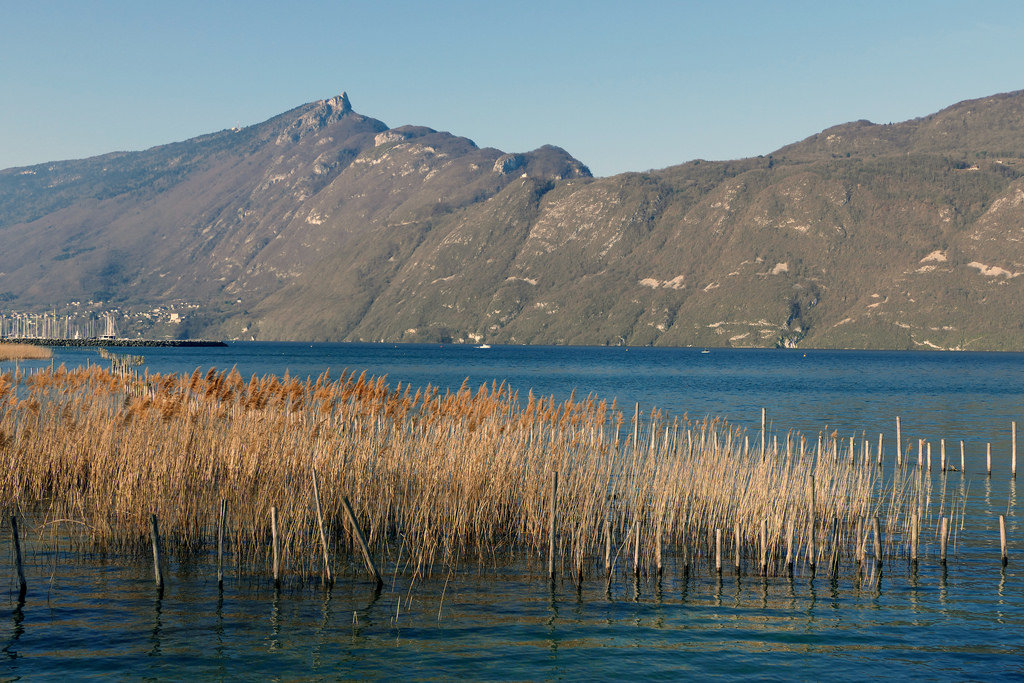