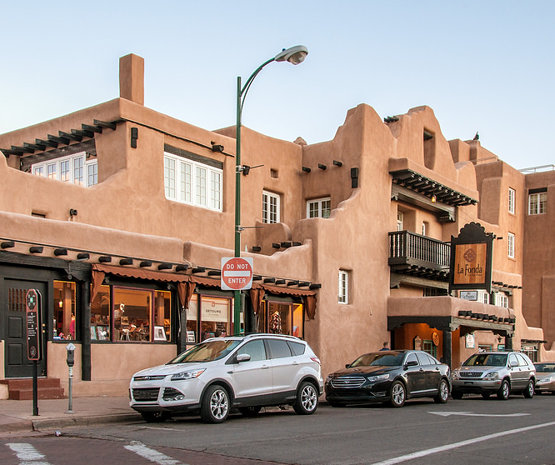 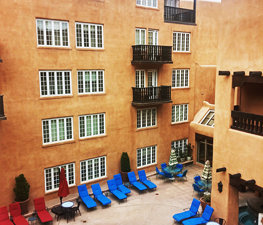 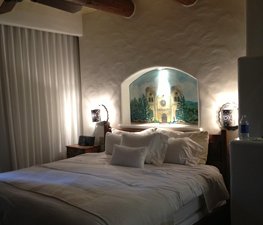 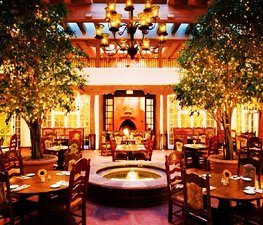 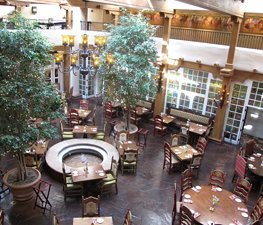 La Fonda on the Plaza is a historical luxury hotel, located at 100 E. San Francisco Street and Old Santa Fe Trail in downtown Santa Fe, New Mexico adjacent to the Plaza. La Fonda simply means "the inn" in Spanish, but the hotel has been described as "the grand dame of Santa Fe's hotels."

The site of the current La Fonda has been the location of various inns since 1609. It is on the El Camino Real de Tierra Adentro, which linked Mexico City to Ohkay Owingeh Pueblo and was the terminus of the 800-mile-long Old Santa Fe Trail, which linked Independence, Missouri to Santa Fe and was an essential commercial route prior to the 1880 introduction to the railroad. The Fred Harvey Company established La Fonda as one of its premier Harvey Houses.

An earlier construction of the hotel, called the United States Hotel but nicknamed La Fonda Americana by locals, burned down in 1912. In 1920, the Santa Fe Builders Corporations issue shares of stock to raise funds to build a new hotel. Architect Isaac Hamilton Rapp (1854-1933), the "Creator of the Santa Fe style" was chosen to design the new hotel in the Pueblo Revival style, which drew inspiration from the adobe architecture of indigenous Pueblo peoples of the region. The new hotel was hailed as "the purest Santa Fe type of architecture and ... one of the most truly distinctive hotels anywhere between Chicago and San Diego."

After its auspicious launch, the hotel closed temporarily in the 1920s, until it was purchased in 1925 by the Santa Fe Railway. The new owners commissioned local muralists to paint the interior walls, beginning La Fonda's longstanding support of local visual arts. Mary Colter redesigned the hotel's interior, setting a tone inspired by Spanish and Southwest Native American aesthetics that continues today. Her designs included exposed vigas, or ceiling beams, and Mexican tiles.

The Harvey Company promoted tourism in the Southwest and offered "Indian Detours," educational cultural tours to the Pueblos, beginning in 1926. The hotel continued as a Harvey House until 1969.

La Fonda on the Plaza houses many shops and galleries. In the 1930s, it was home to the Harvey Newsstand. Today, in addition to numerous boutiques, the hotel boasts La Fonda Newsstand and Senor Murphy Candymaker.

La Plazuela is a full-service restaurant serving inspired New Mexican cuisine for all three meals, while the La Fiesta Lounge, a bar and restaurant, serves lunch and dinner. La Fiesta has live music and a dance floor. On the roof of the fifth floor is the Bell Tower Bar, with a panoramic view of downtown. On the street level is the independently-owned French Pastry Shop and Restaurant, which serves breakfast and lunch.

The hotel offers walking of Santa Fe. Nonallergenic rooms are available upon request. La Fonda began its art collection over 90 years ago and works by major regional artists are on display throughout the hotel, including works by Gerald Cassidy (1879–1934) and Paul Lantz (1908–2000).

Ride the Pink Horse, a 1947 film noir, was shot at the La Fonda. Season 1, episode 3, "Dueling Politicians; Nuclear Intel; Seattle Scammers" of the Travel Channel's Mysteries at the Hotel was shot at La Fonda.

USA TODAY
It's the hotel that put Santa Fe on the tourism map since the 1920s. Dine in La Plazuela, the courtyard restaurant that has changed little from original Mary Jane Colter design.

Raphael Langenscheidt
Great hotel right in the middle of everything you could want. Skip the restaurant and head out of the hotel for food - but this is a great place to center your Santa Fe activities around.

Jeff Ellington
If you eat at the LaFonda in Santa Fe, be sure to get "enchiladas del Norte with red & green chile"!!Christmas style!

Add to wishlist
I've been here
Visited
Palace of the Governors 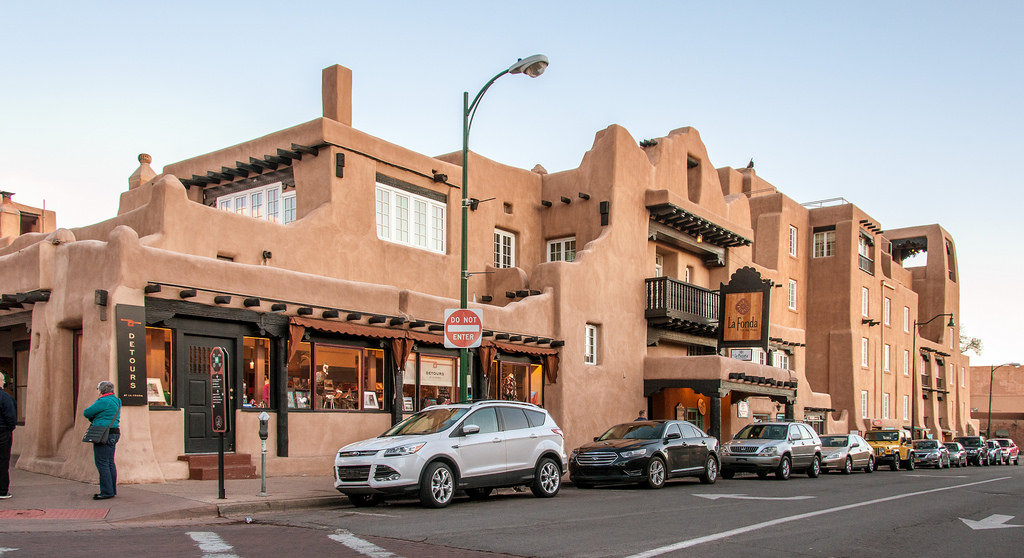 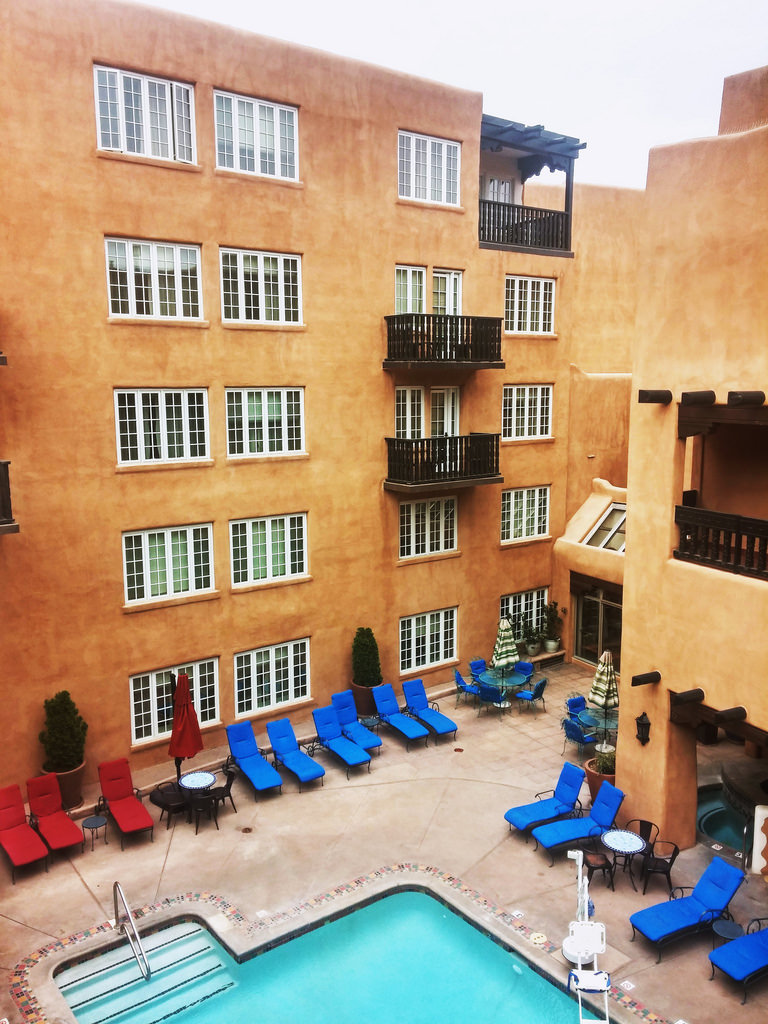 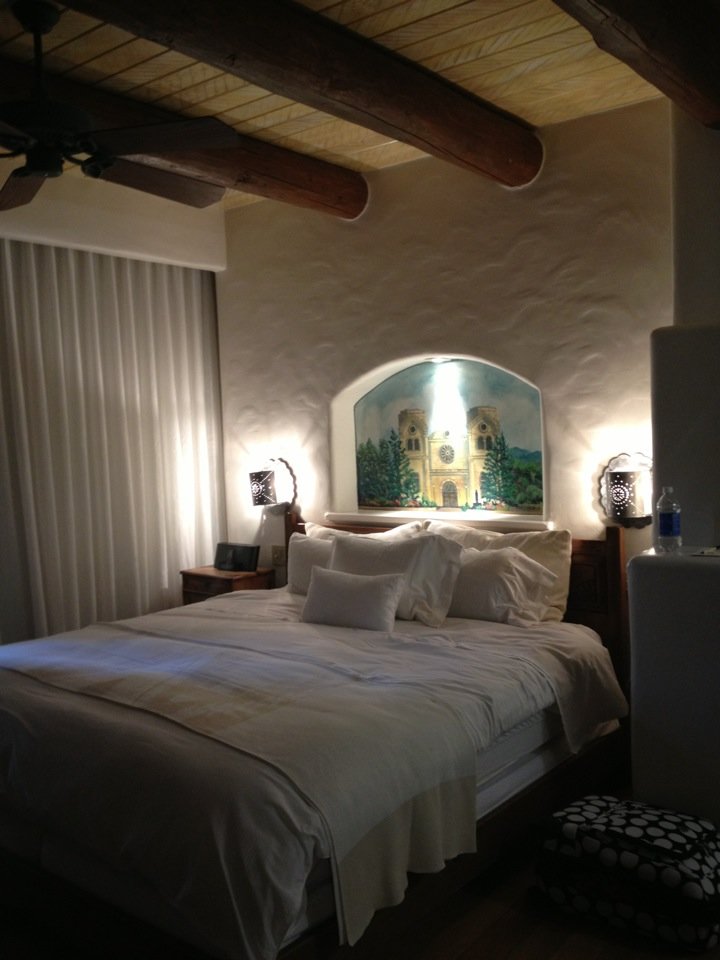 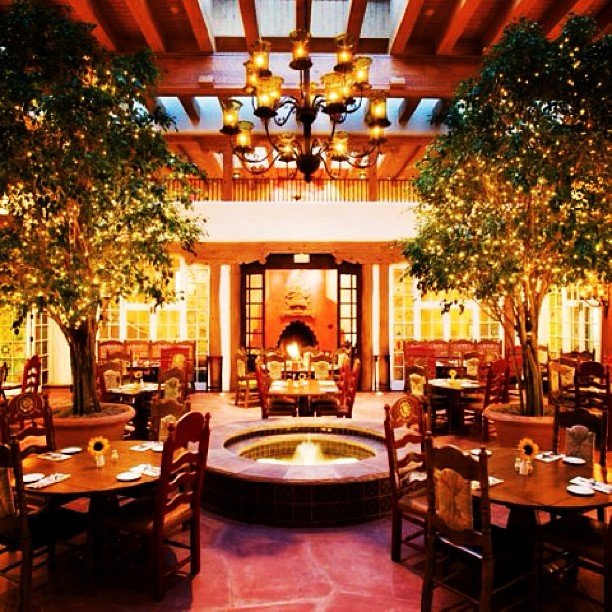 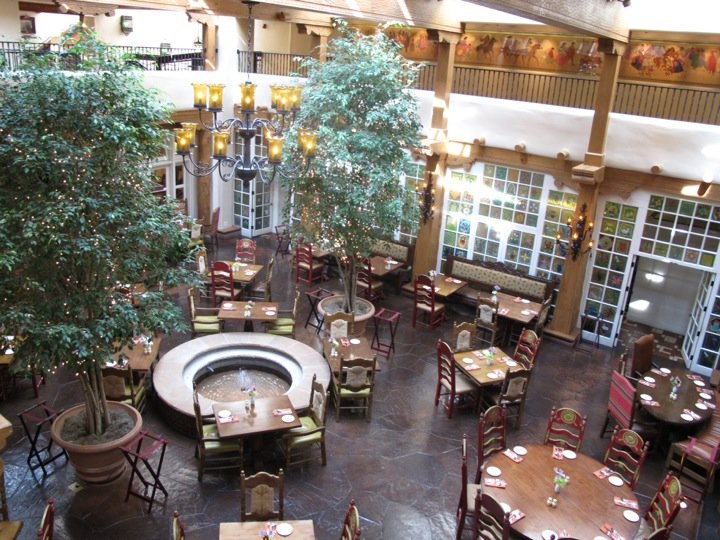 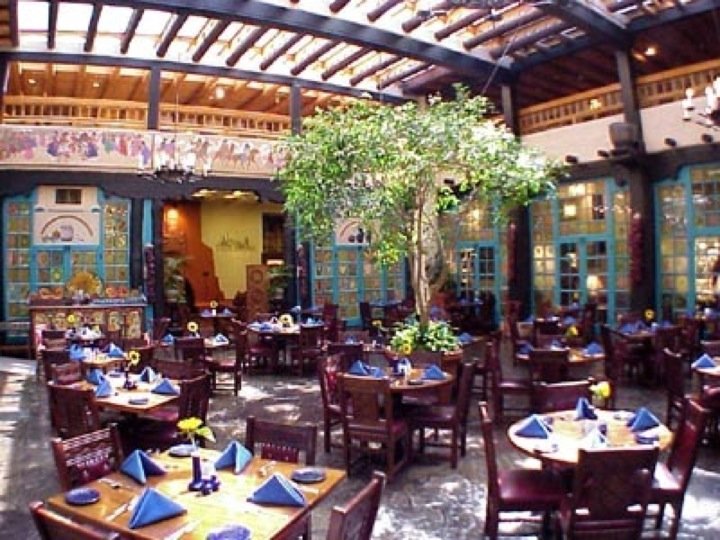 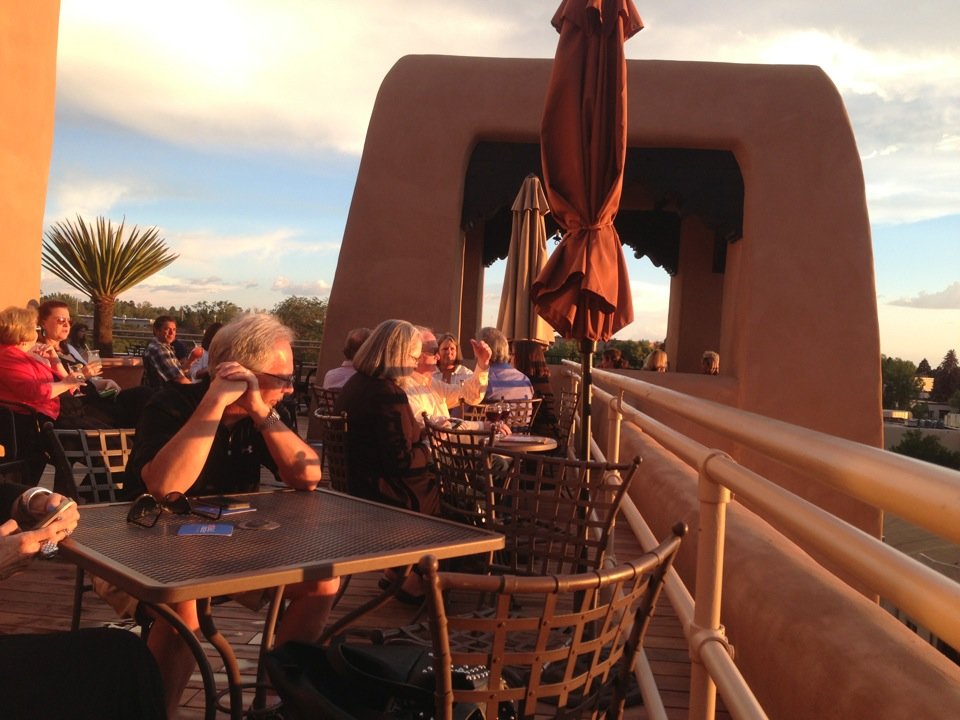