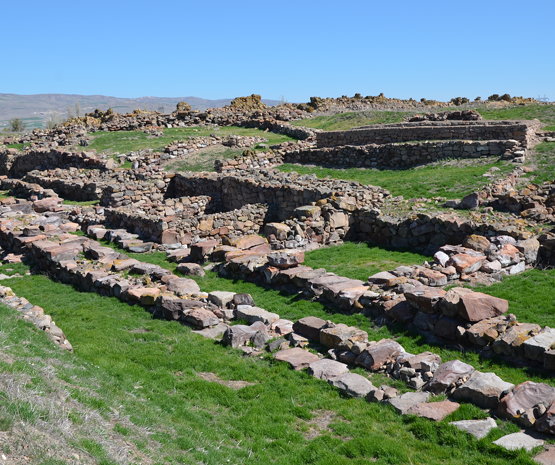 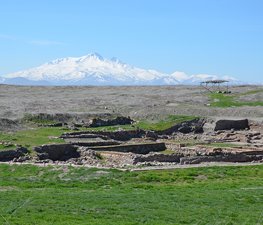 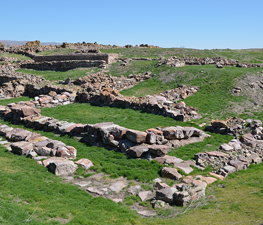 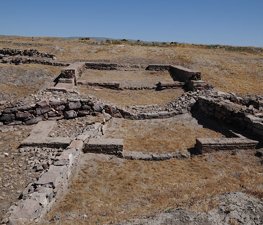 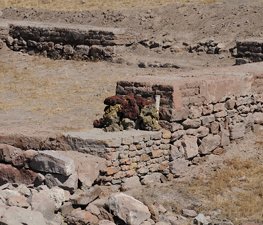 Kültepe (Turkish: "Ash Hill" and Persian: کل تپه‎ koltape) is an archaeological site in Kayseri Province, Turkey. The nearest modern city to Kültepe is Kayseri, about 20 km southwest. It consists of a tell, the actual Kültepe, and a lower town, where an Assyrian settlement was found. Its name in Assyrian texts from the 20th century BC was Kaneš; the later Hittites mostly called it Neša, occasionally Aniša. In 2014 the archaeological site was inscribed in the Tentative list of World Heritage Sites in Turkey. It is also the site of discovery of the earliest traces of the Hittite language, the earliest attestation of any Indo-European language, dated to the 20th century BC.

Kaneš, inhabited continuously from the Chalcolithic to Roman times, flourished as an important Hattian, Hittite and Hurrian city, containing a large kārum (merchant colony) of the Old Assyrian Empire from c. the 21st to 18th centuries BC. This kārum appears to have served as "the administrative and distribution centre of the entire Assyrian colony network in Anatolia." A late (c. 1400 BC) witness to an old tradition includes a king of Kaneš called Zipani among seventeen local city-kings who rose up against Naram-Sin of Akkad (ruled c. 2254-2218 BC).

The ruins of Warsama's palace, King of Kanesh, one of the oldest examples of the Anatolian pala — Following Hadrian @ Flickr

The king of Zalpuwa, Uhna, raided Kanes, after which the Zalpuwans carried off the city's Šiuš idol. Pithana, the king of Kussara, conquered Neša "in the night, by force", but "did not do evil to anyone in it." Neša revolted against the rule of Pithana's son, Anitta, but Anitta quashed the revolt and made Neša his capital. Anitta further invaded Zalpuwa, captured its king Huzziya, and recovered the Šiuš idol for Neša.

In the 17th century BC, Anitta's descendants moved their capital to Hattusa, which Anitta had cursed, thus founding the line of Hittite kings. The inhabitants thus referred to the Hittite language as Nešili, "the language of Neša".

In 1925, Bedřich Hrozný excavated Kültepe and found over 1000 cuneiform tablets, some of which ended up in Prague and in Istanbul.

The ruins of Warsama's palace, King of Kanesh, one of the oldest examples of the Anatolian pala — Following Hadrian @ Flickr

Modern archaeological work began in 1948, when Kültepe was excavated by a team from the Turkish Historical Society and the General Directorate of Antiquities and Museums. The team was led by Tahsin Özgüç until his death, in 2005.

To date, over 20,000 cuneiform tablets have been recovered from the site.

The quarter of the city that most interests historians is the kārum, a portion of the city that was, during the Chalcolithic, set aside by local officials for the early Assyrian merchants to use without paying taxes as long as the goods remained inside the kārum. The term kārum means "port" in Akkadian, the lingua franca of the time, but its meaning was later extended to refer to any trading colony whether or not it bordered water.

Several other cities in Anatolia also had a kārum, but the largest was Kaneš, whose important kārum was inhabited by soldiers and merchants from Assyria for hundreds of years. They traded local tin and wool for luxury items, foodstuffs, spices and woven fabrics from the Assyrian homeland and Elam.

The remains of the kārum form a large circular mound 500 m in diameter and about 20 m above the plain (a tell). The kārum settlement is the result of several superimposed stratigraphic periods. New buildings were constructed on top of the remains of the earlier periods so there is a deep stratigraphy from prehistoric times to the early Hittite period.

The kārum was destroyed by fire at the end of both levels II and Ib. The inhabitants left most of their possessions behind, to be found by modern archaeologists.

The findings have included numerous baked-clay tablets, some of which were enclosed in clay envelopes stamped with cylinder seals. The documents record common activities, such as trade between the Assyrian colony and the city-state of Assur and between Assyrian merchants and local people. The trade was run by families rather than the state. The Kültepe texts are the oldest documents from Anatolia. Although they are written in Old Assyrian, the Hittite loanwords and names in the texts are the oldest record of any Indo-European language (see also Ishara). Most of the archaeological evidence is typical of Anatolia rather than of Assyria, but the use of both cuneiform and the dialect is the best indication of Assyrian presence.

At Level II, the destruction was so total that no wood survived for dendrochronological studies. In 2003, researchers from Cornell University dated wood in level Ib from the rest of the city, built centuries earlier. The dendrochronologists date the bulk of the wood from buildings of the Waršama Sarayi to 1832 BC, with further refurbishments up to 1779 BC. In 2016 new research using carbondating and dendrology on timber used in this site and the palace in Acemhöyük show the likely earliest use of the palace as not before 1851–1842 BCE (68.2% hpd; the 95.4% hpd is 1855–1839 BCE):. In combination with the many Assyrian objects found here, this dating shows that only middle or low-middle chronology are the only remaining possible chronologies that fit these new data.

The ruins of Karum, the capital trading centre of the Assyrian merchants in Anatolia in the first qu — Following Hadrian @ Flickr

Tips & Hints
Arrange By:
Popular first New first
There are no tips nor hints for Kültepe yet. Maybe be you will be the first one to post useful information for fellow travellers? :)
1.0/10
I've been here
Add to wishlist

Kayseri Castle, is a castle built in antiquity and first mentioned in

Zelve Monastery was carved into the rock in pre-Iconoclastic times. 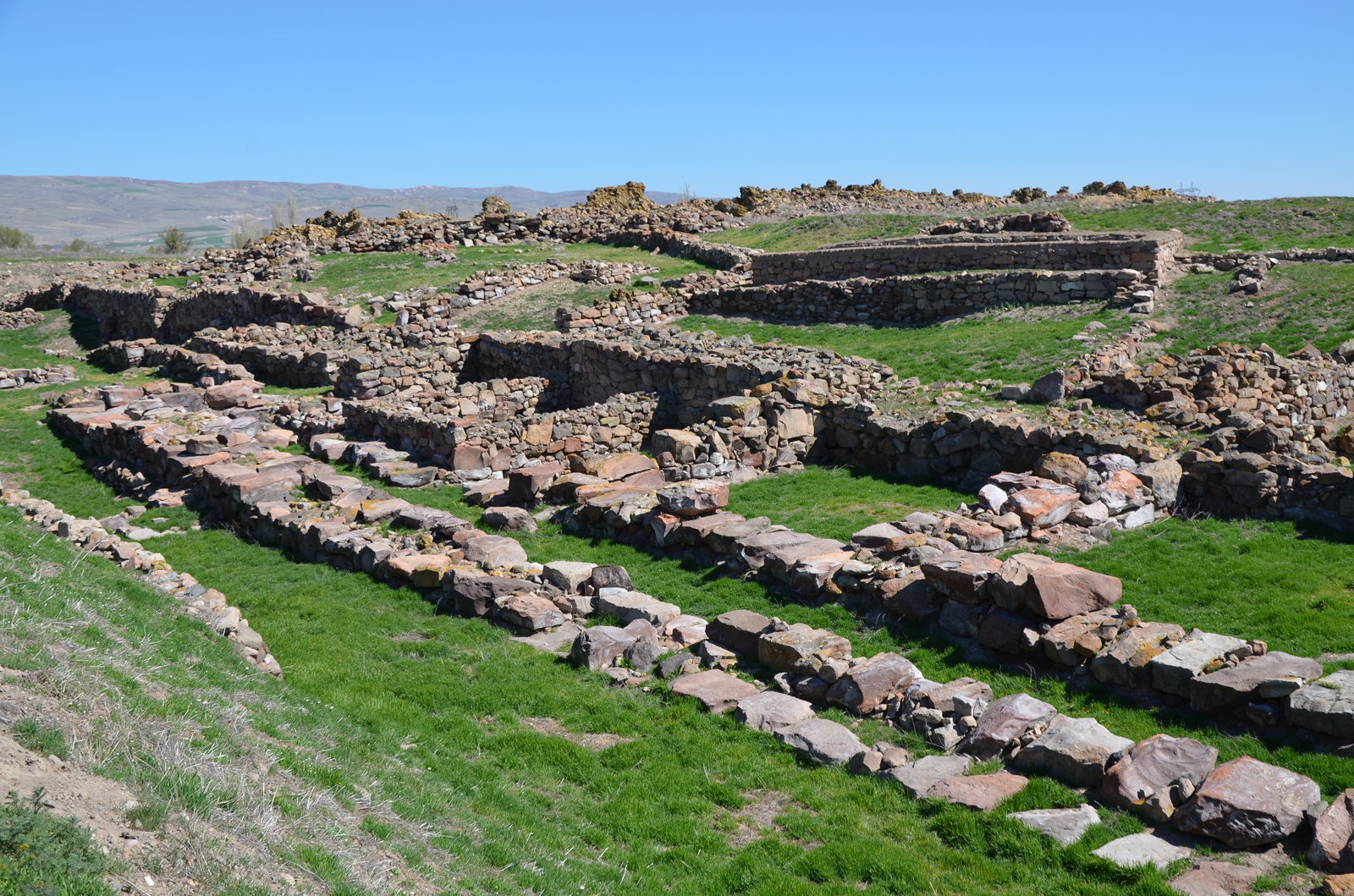 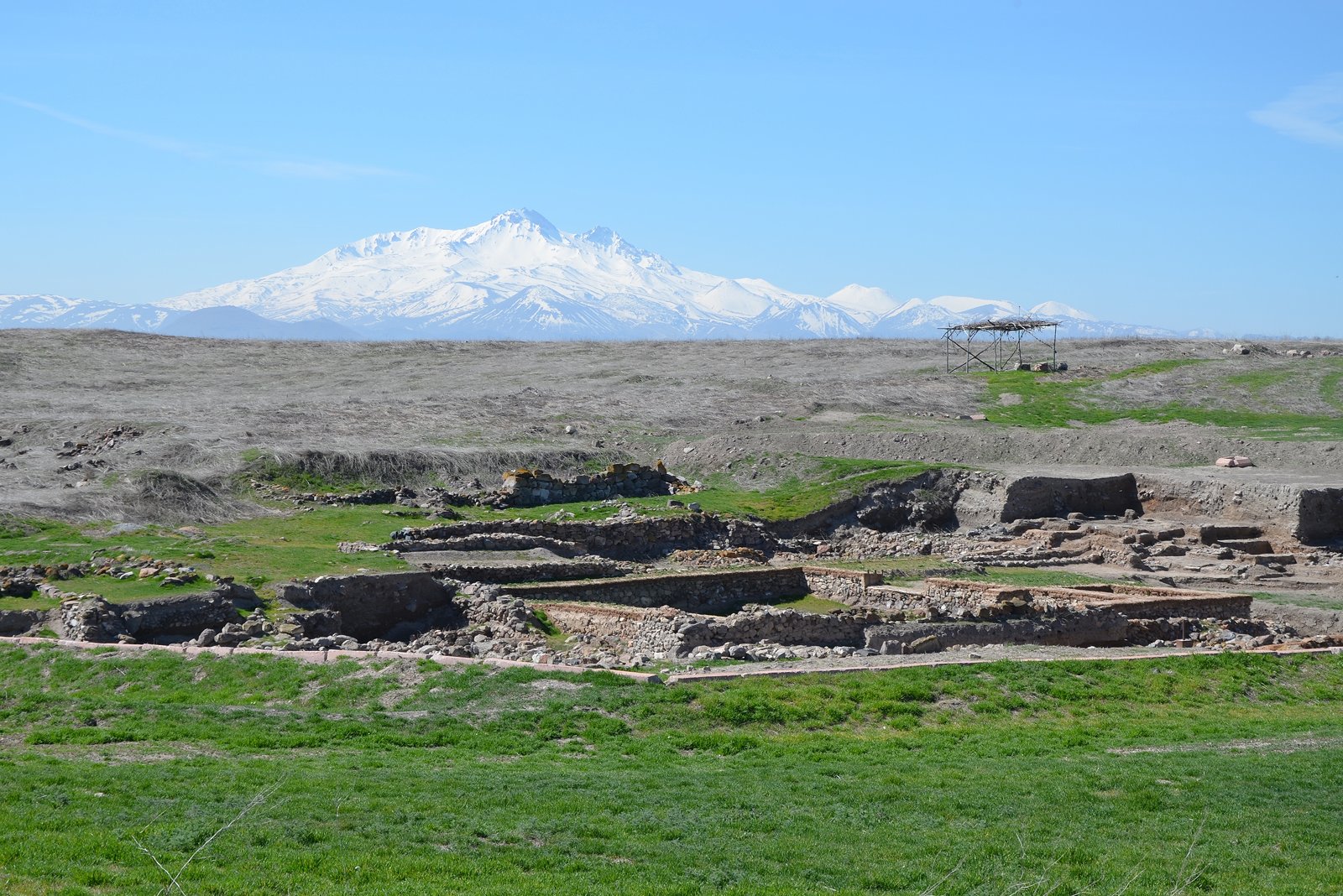 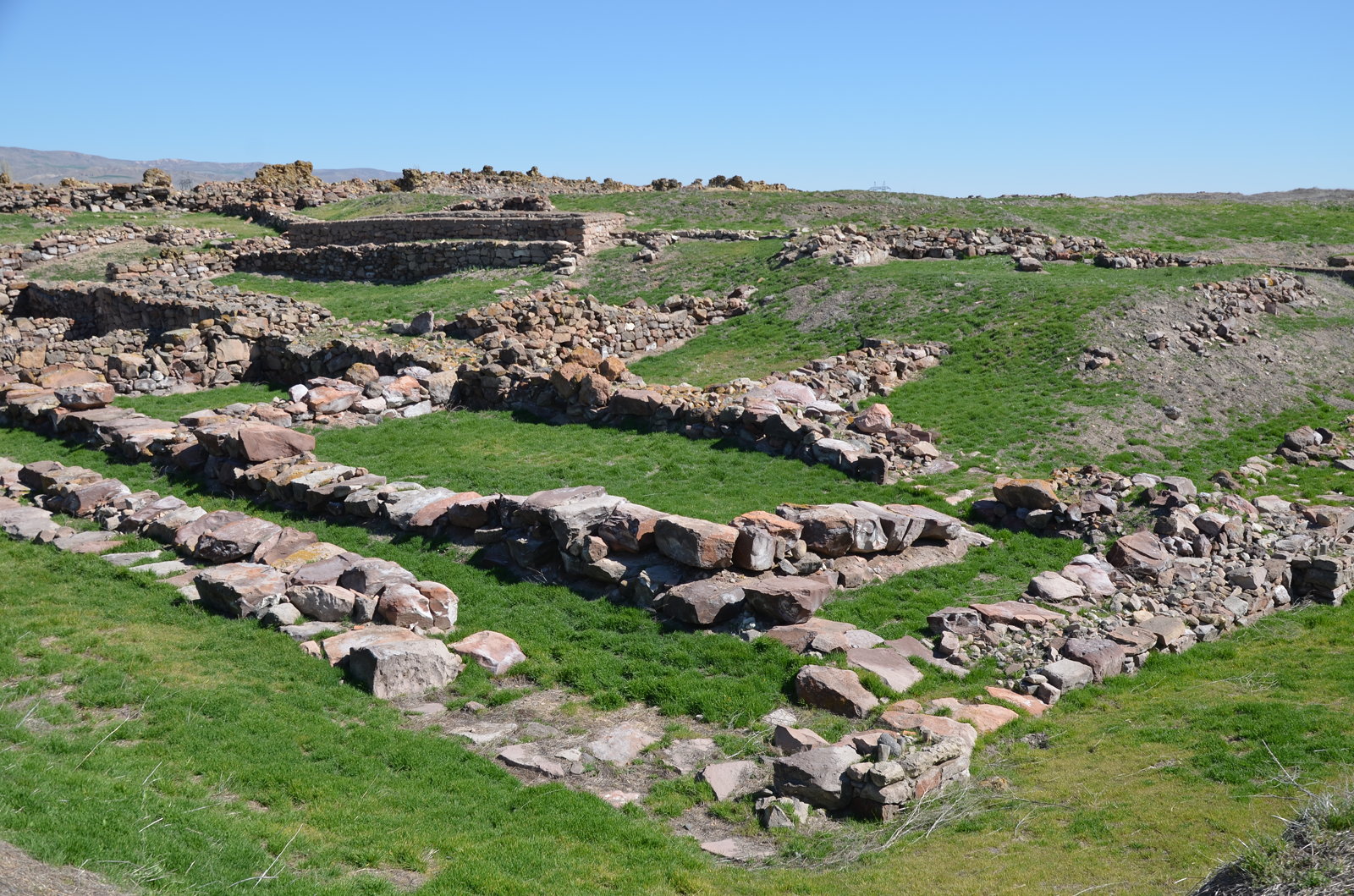 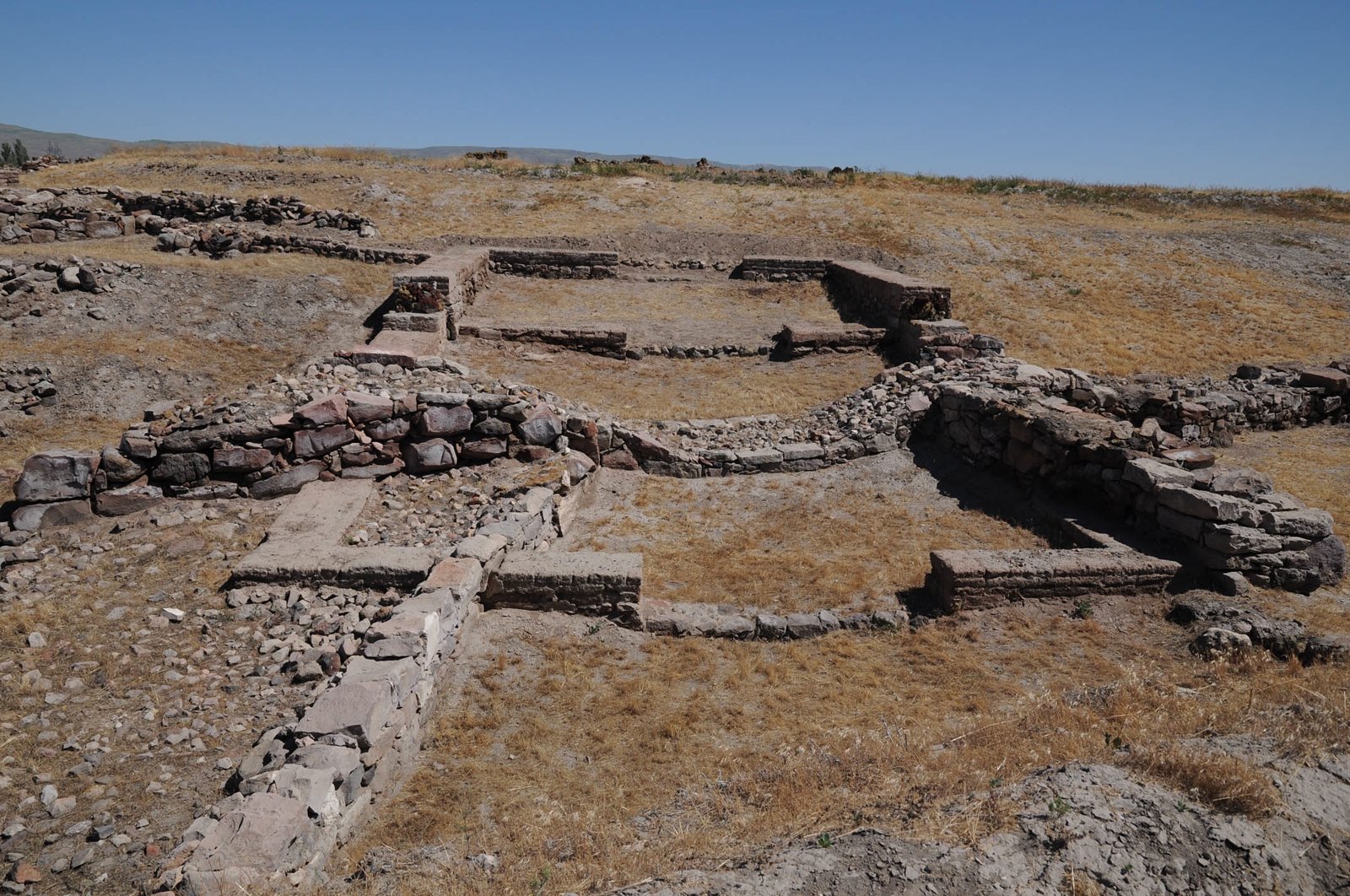 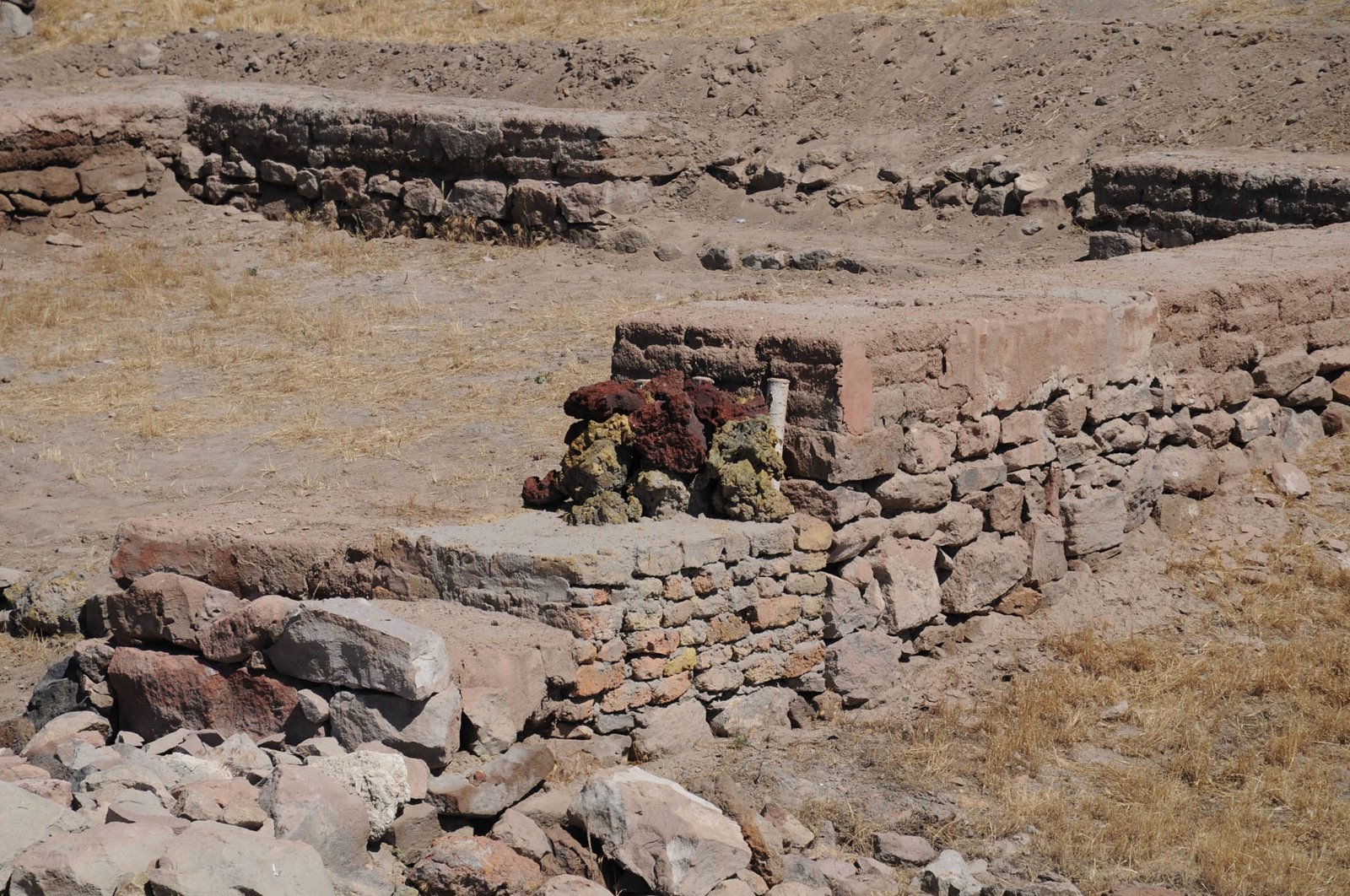 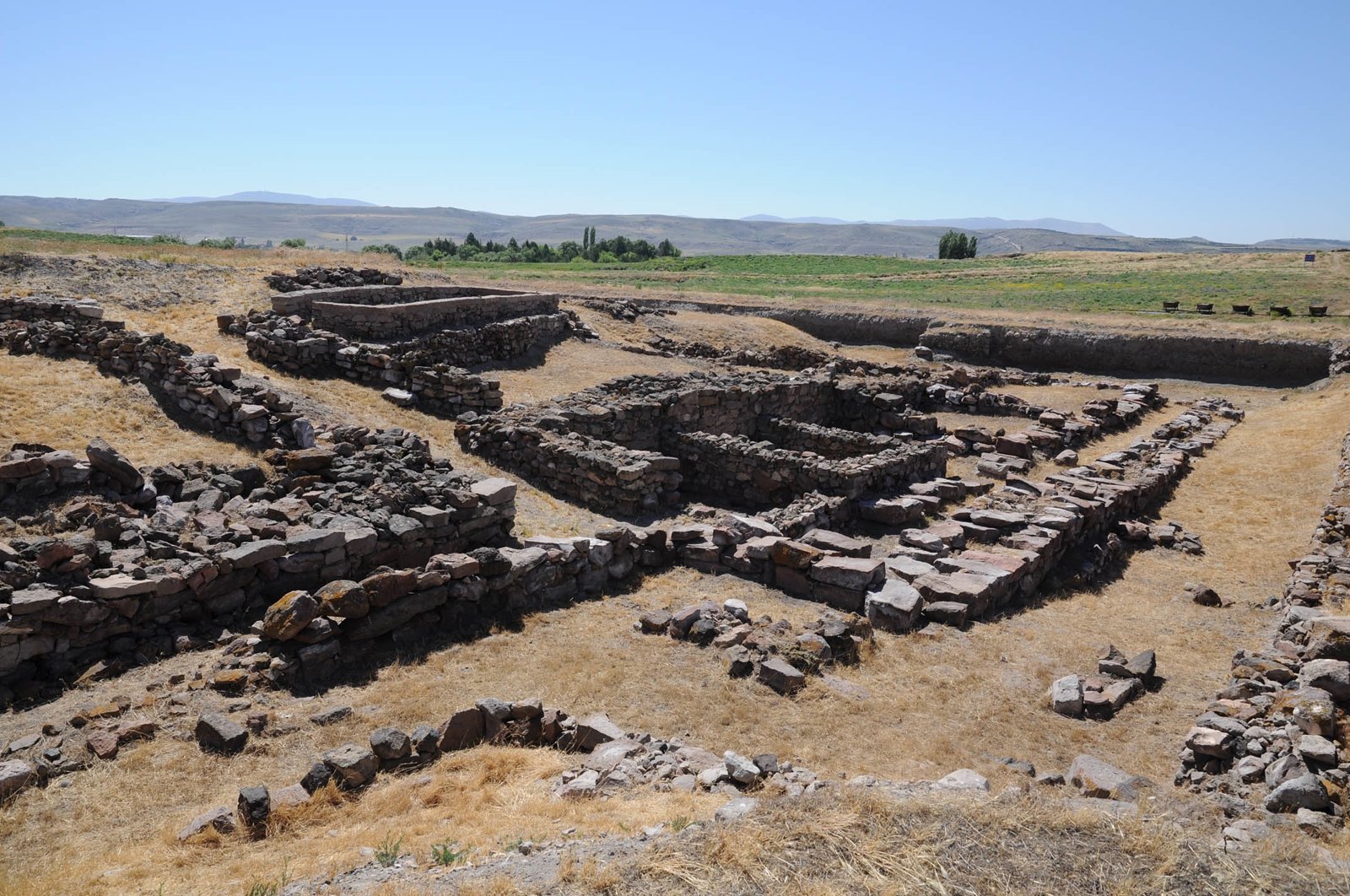 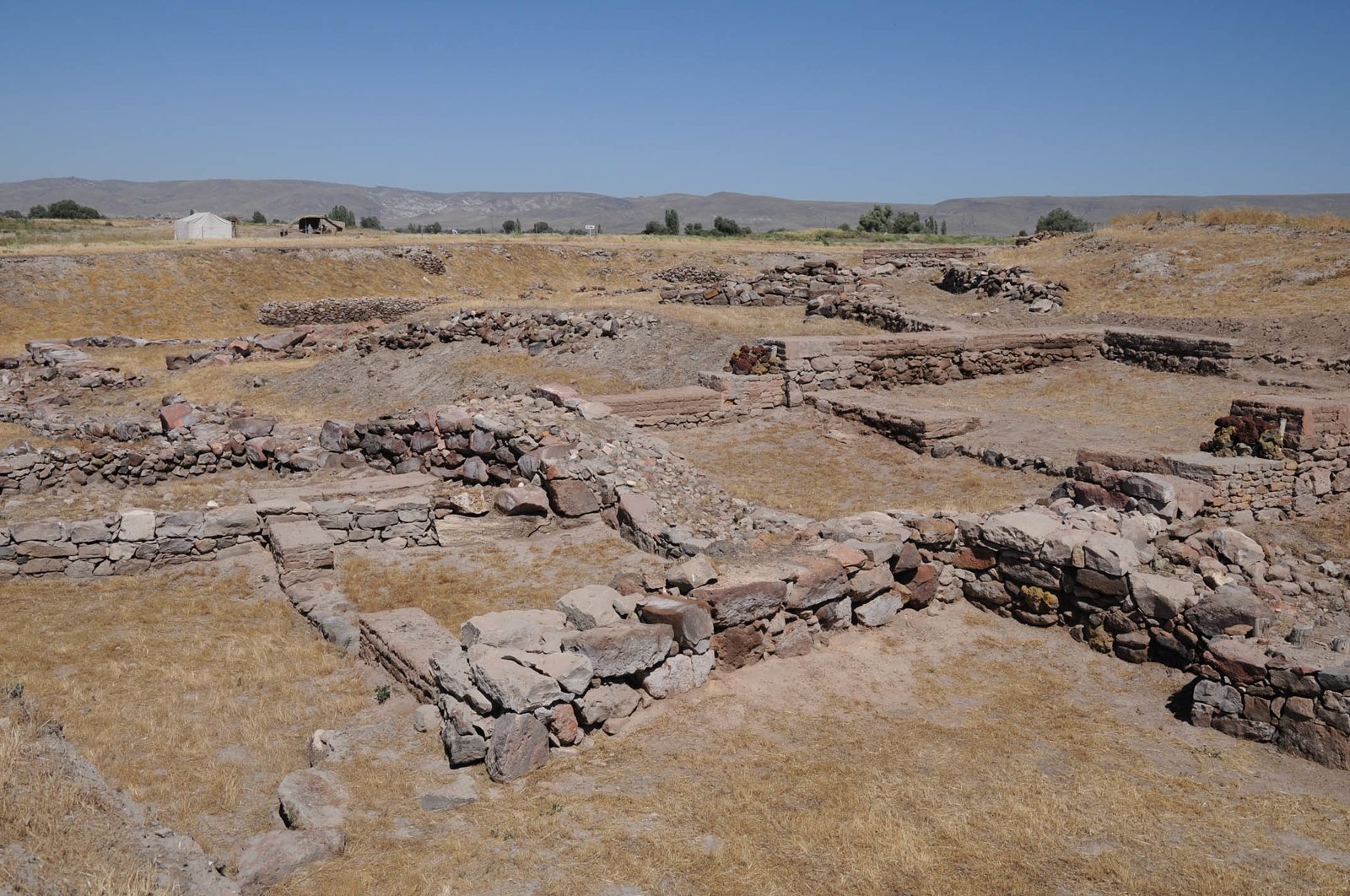 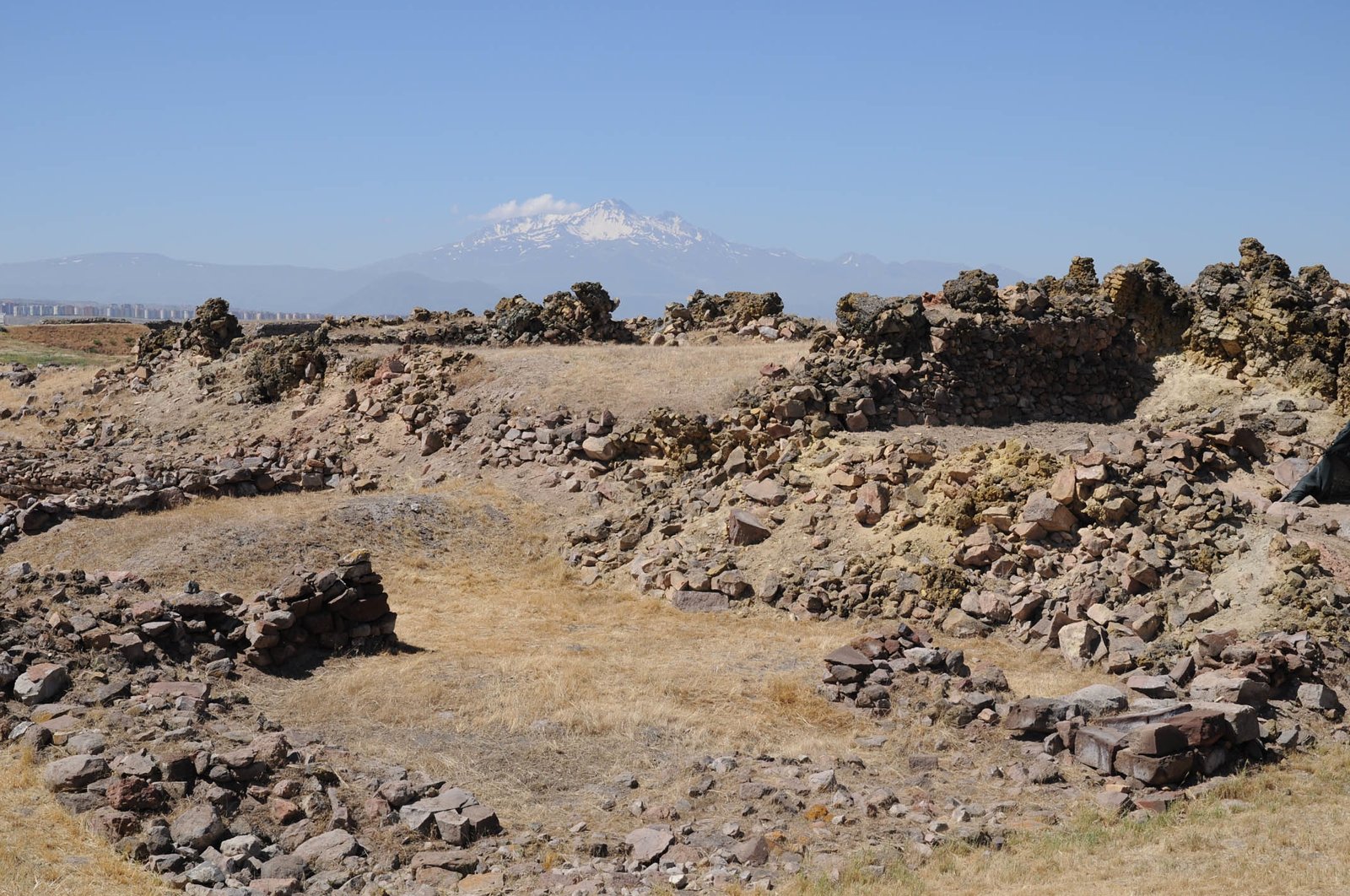 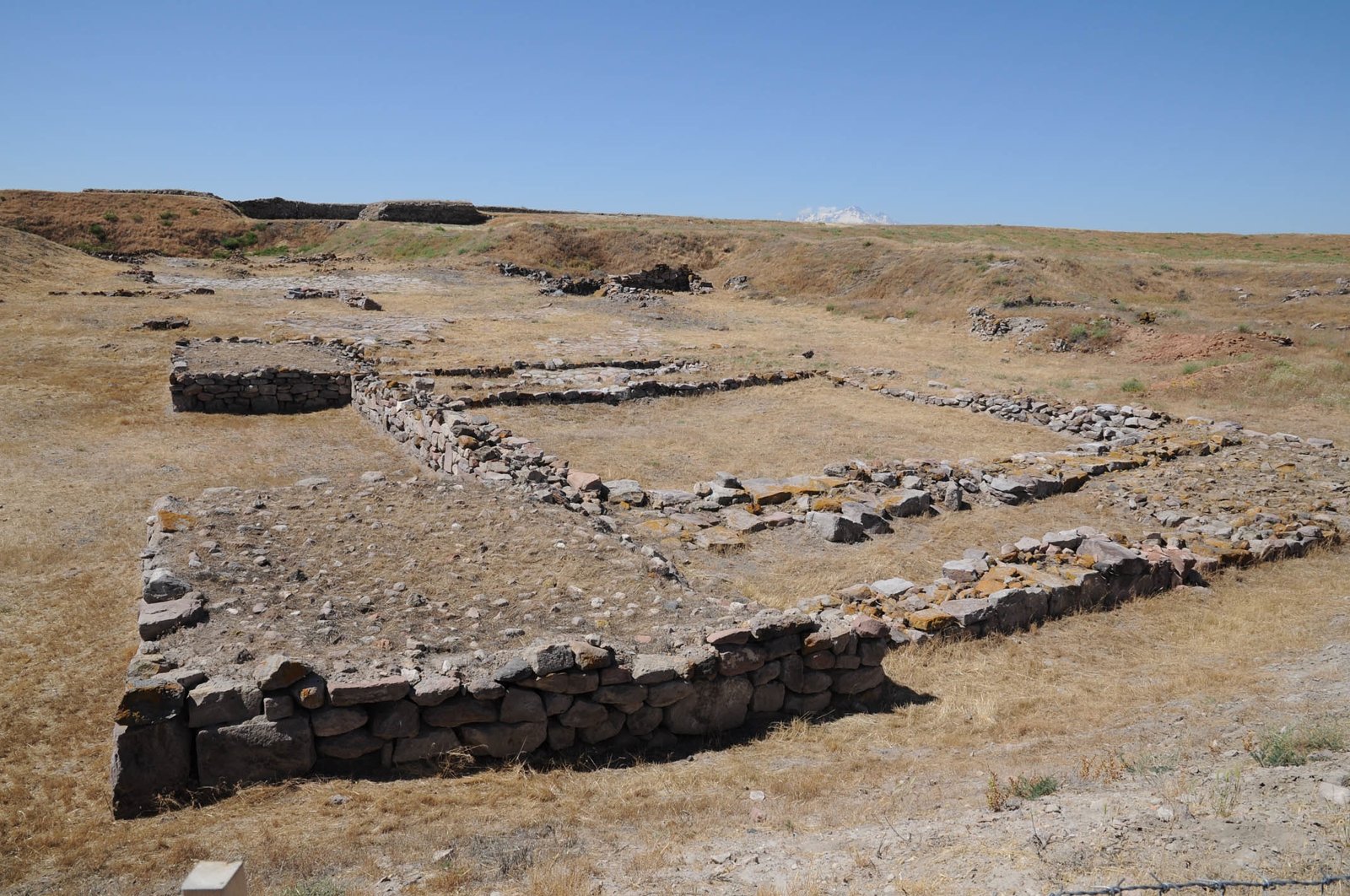 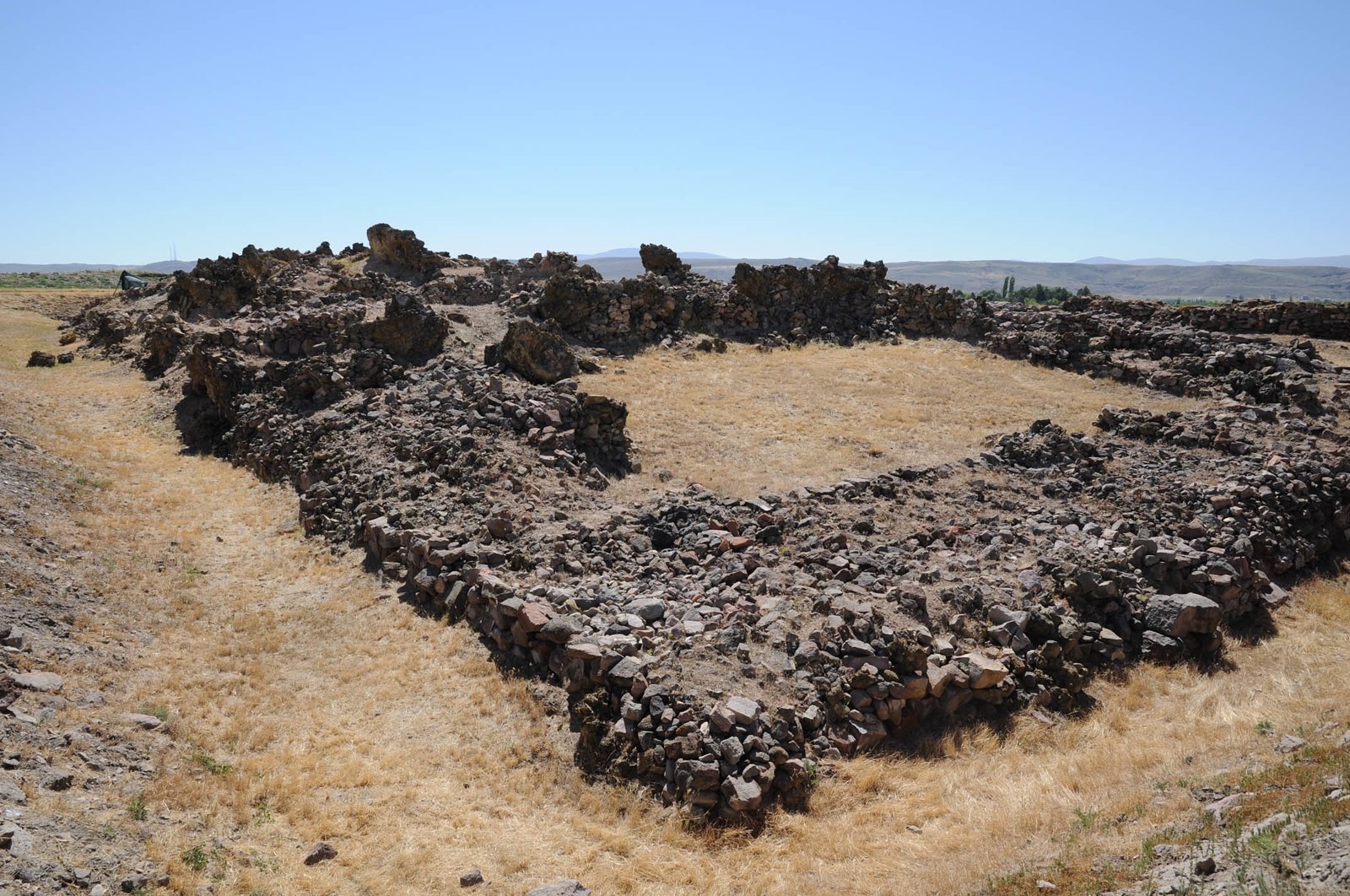 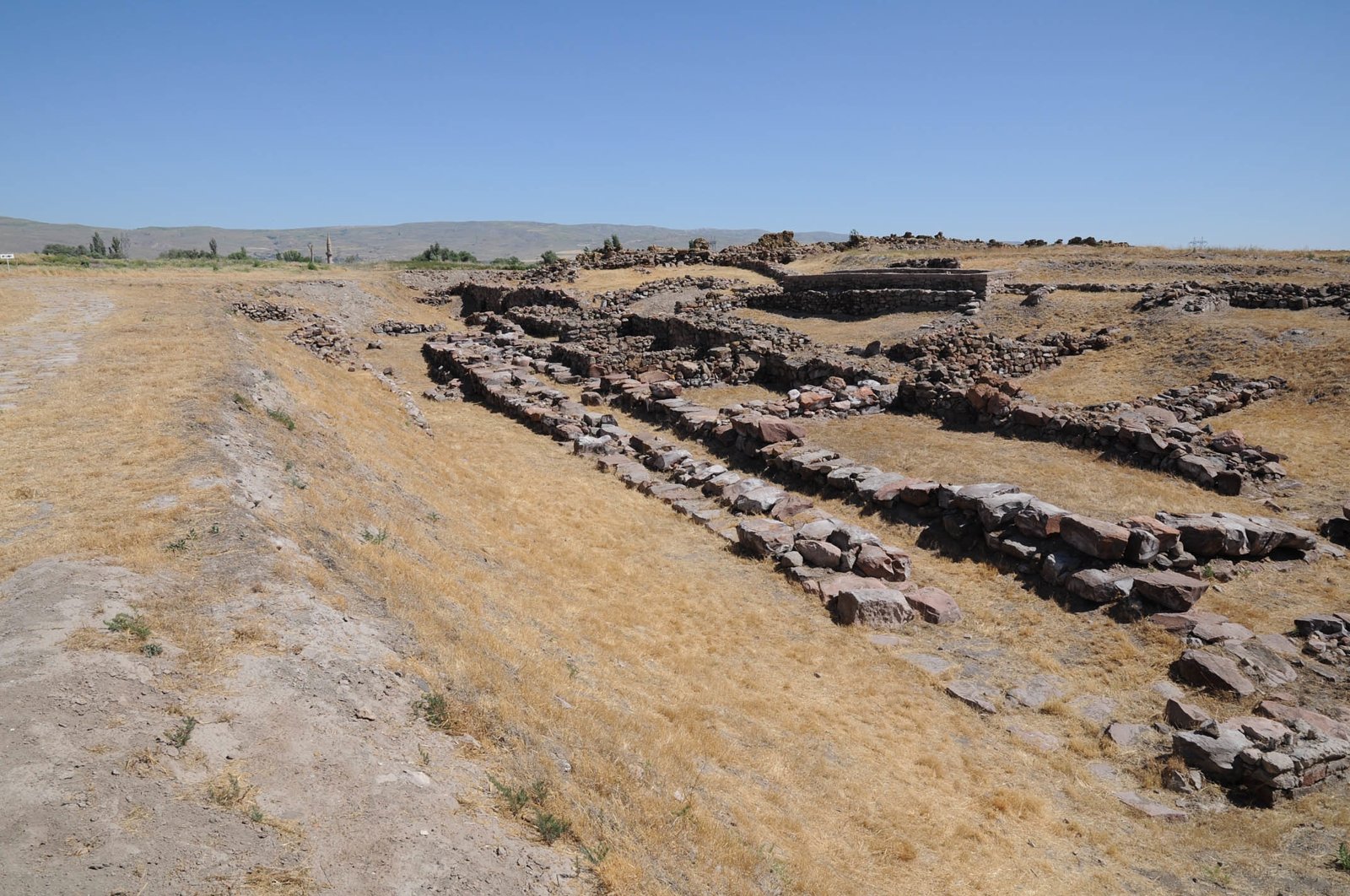 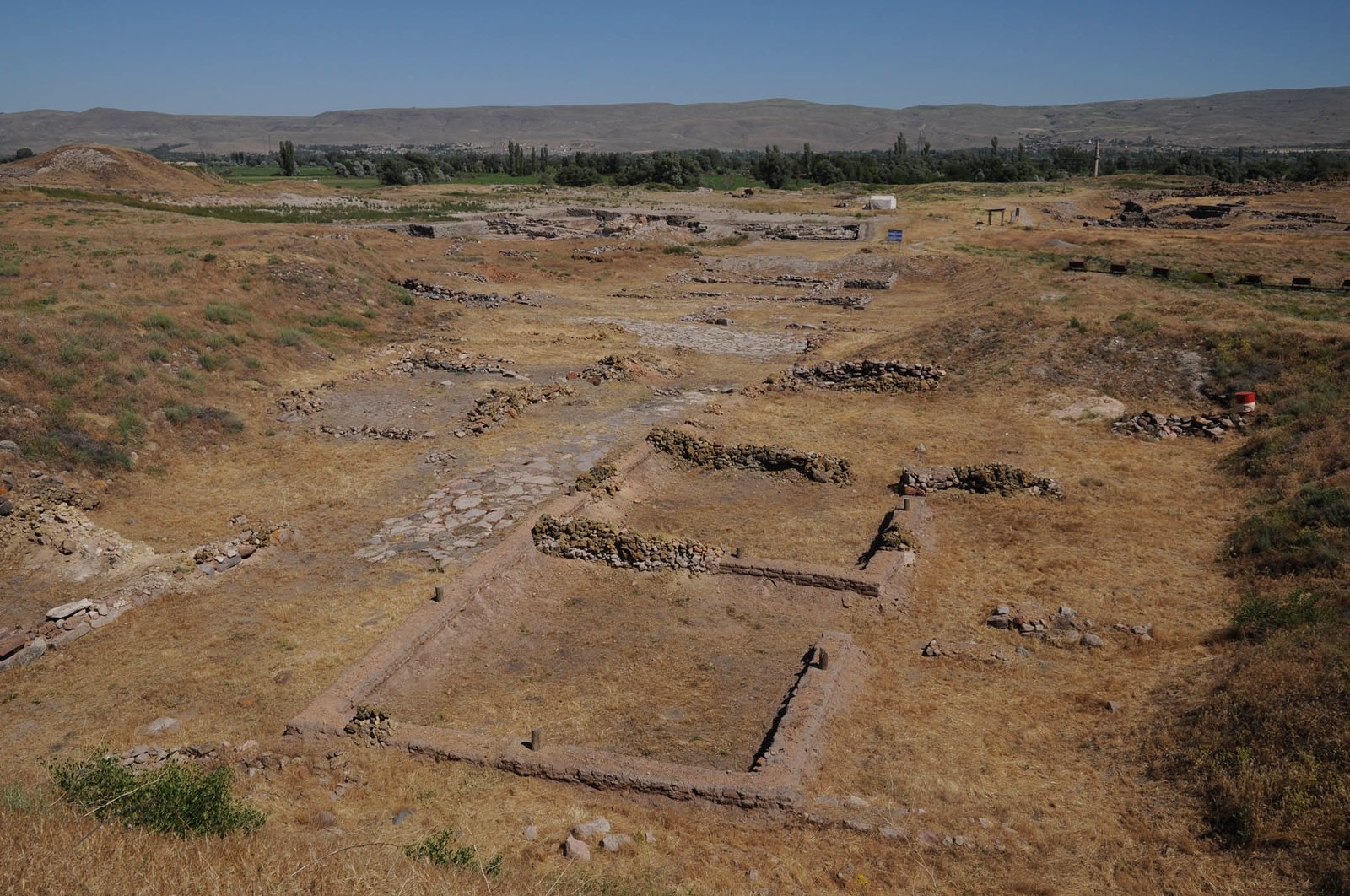 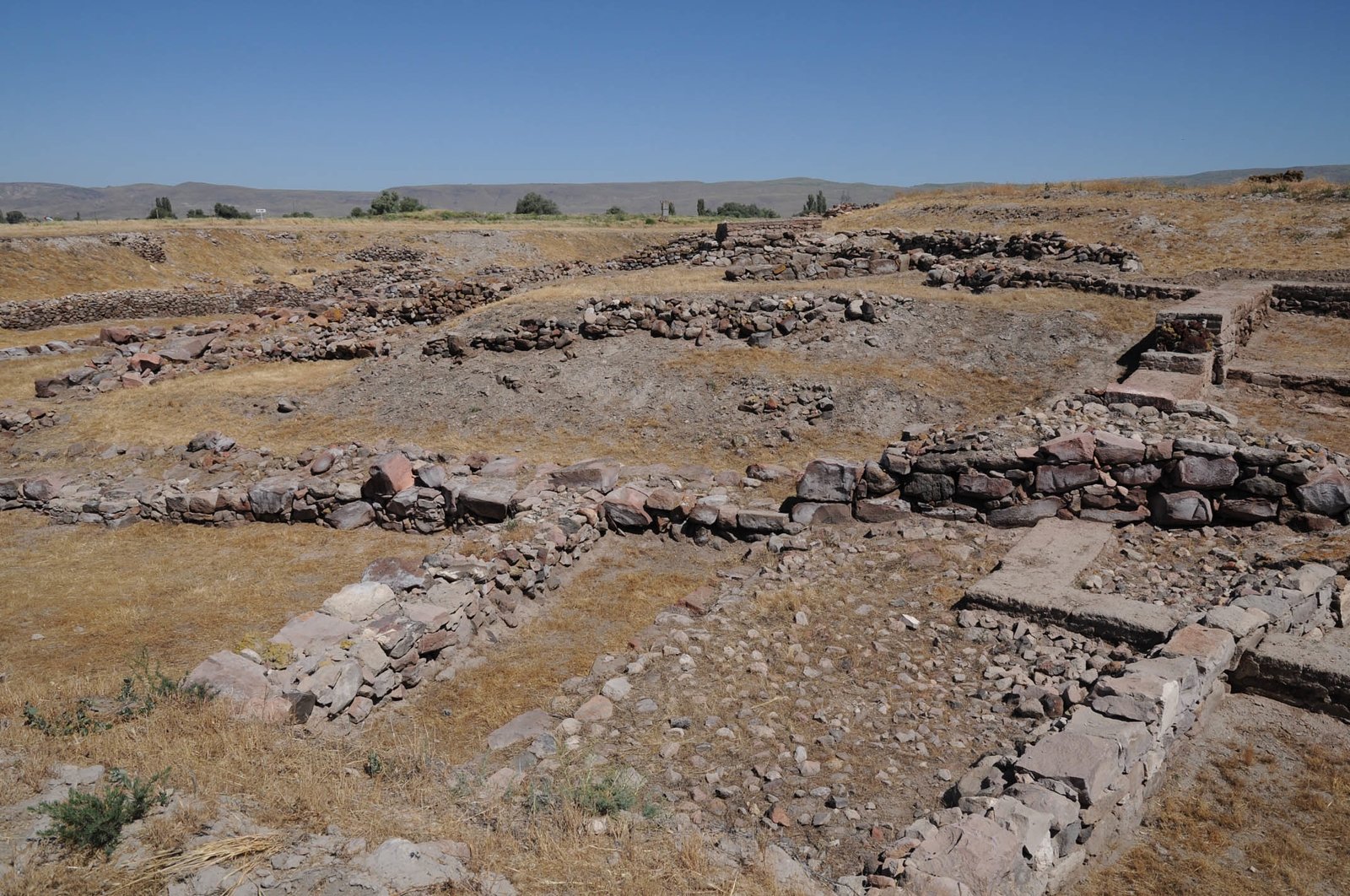 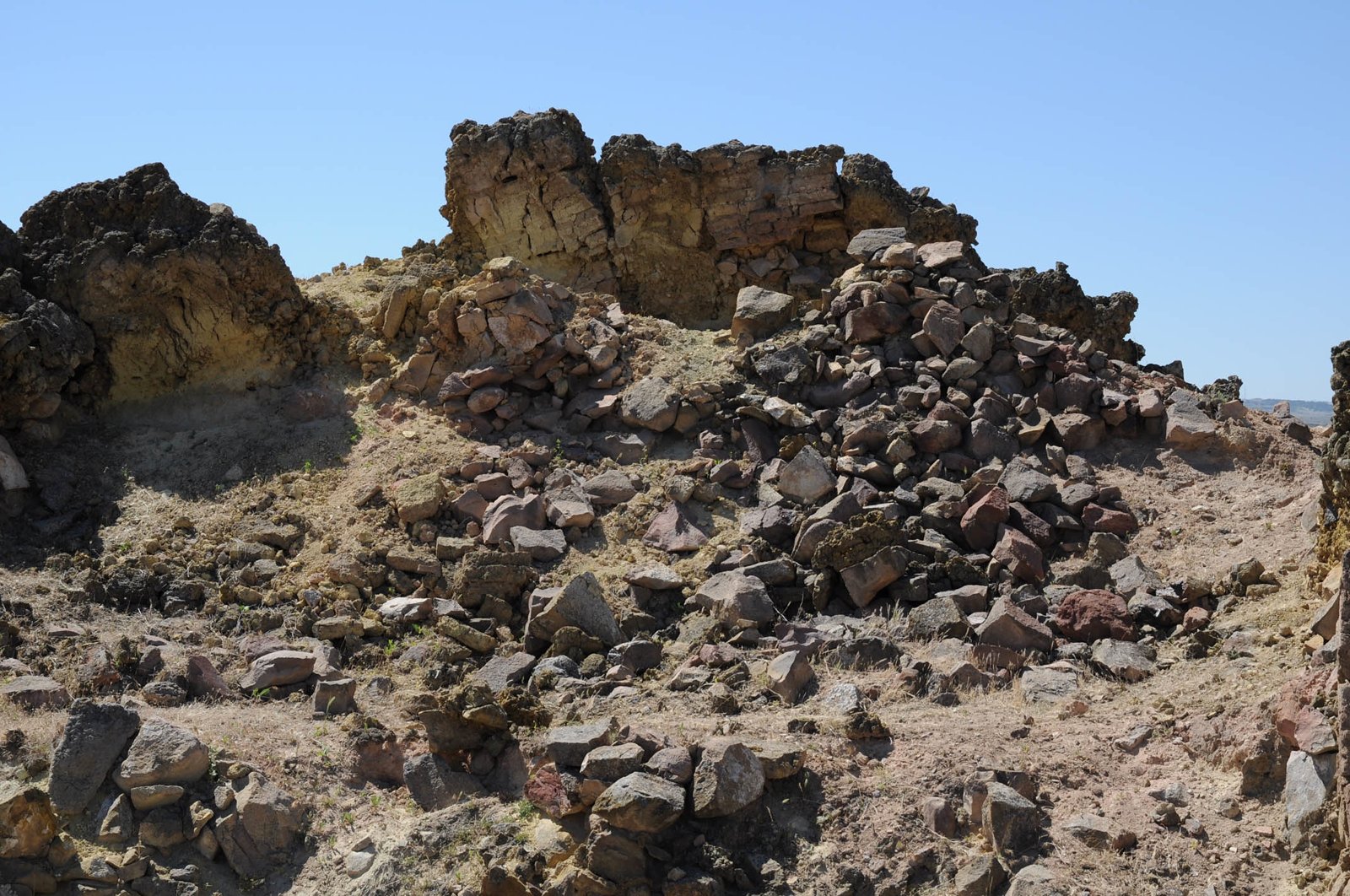 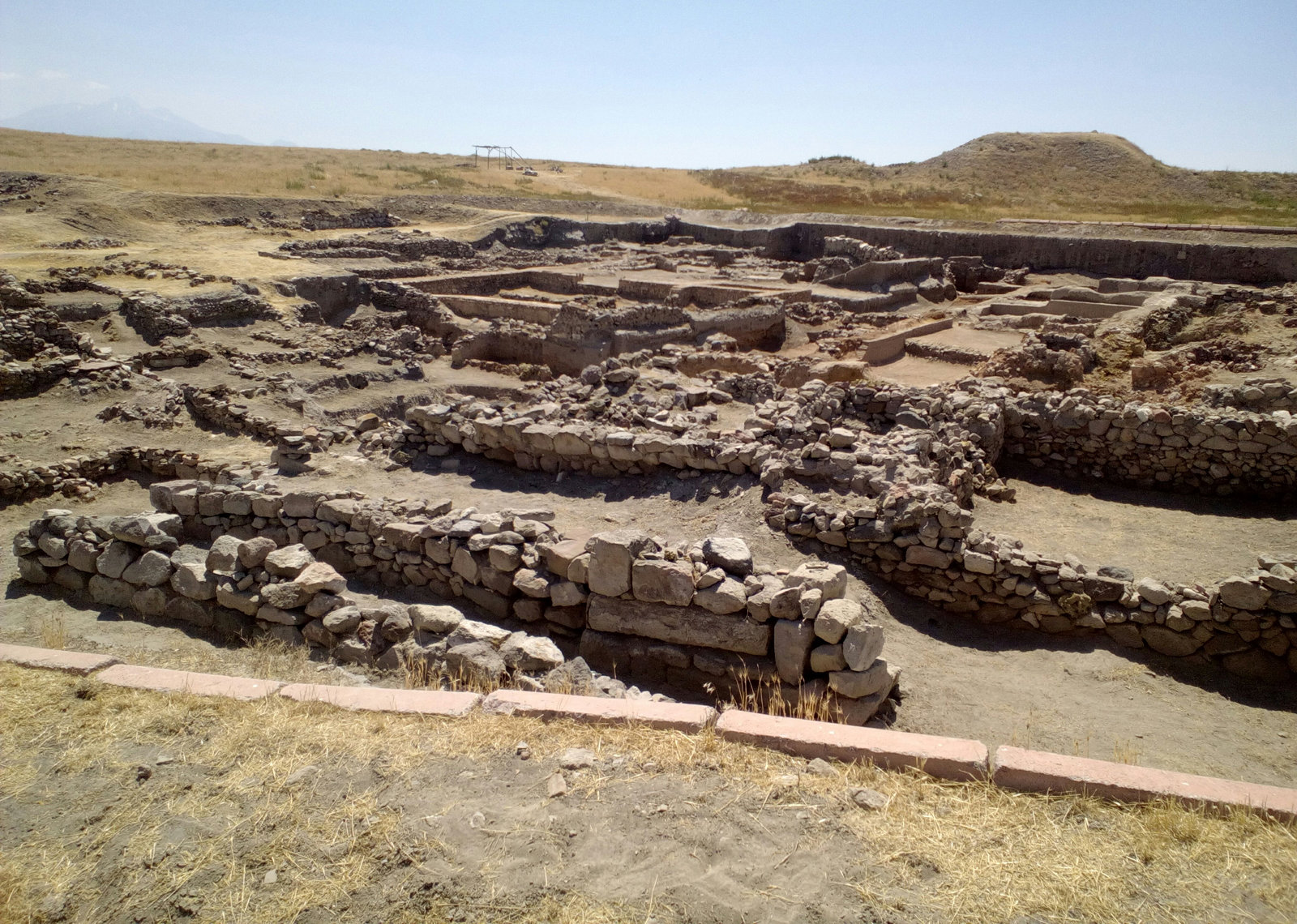 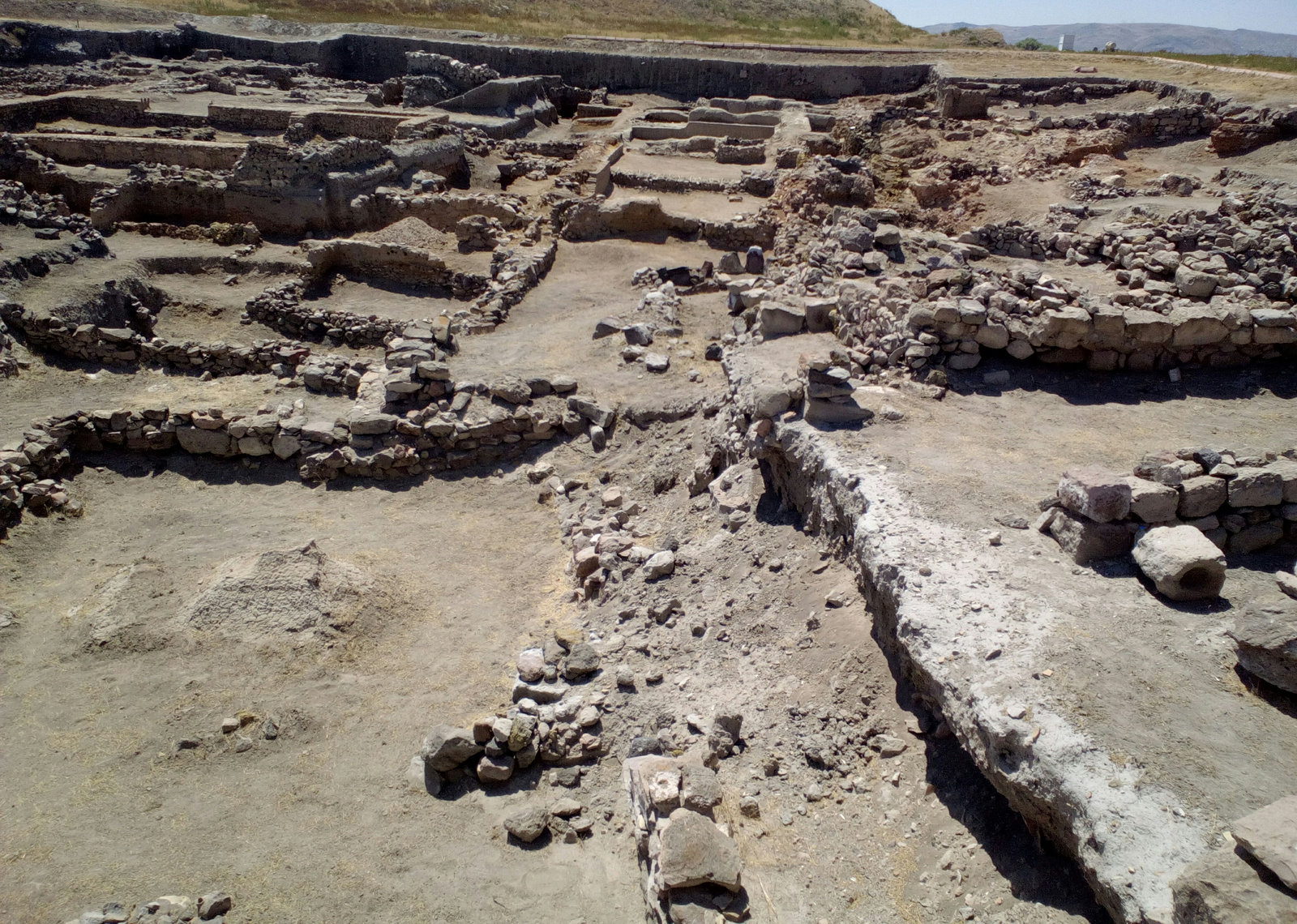 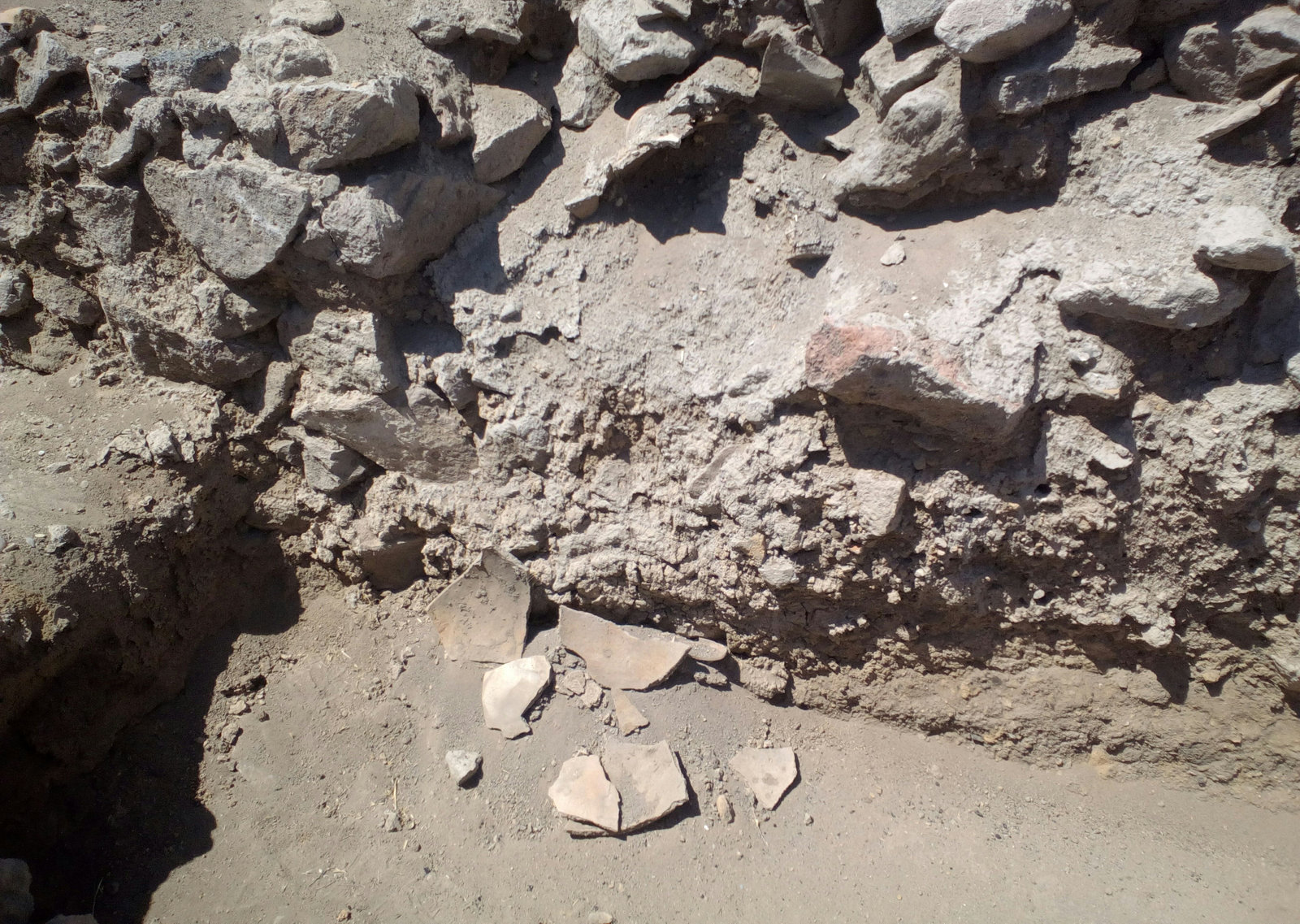 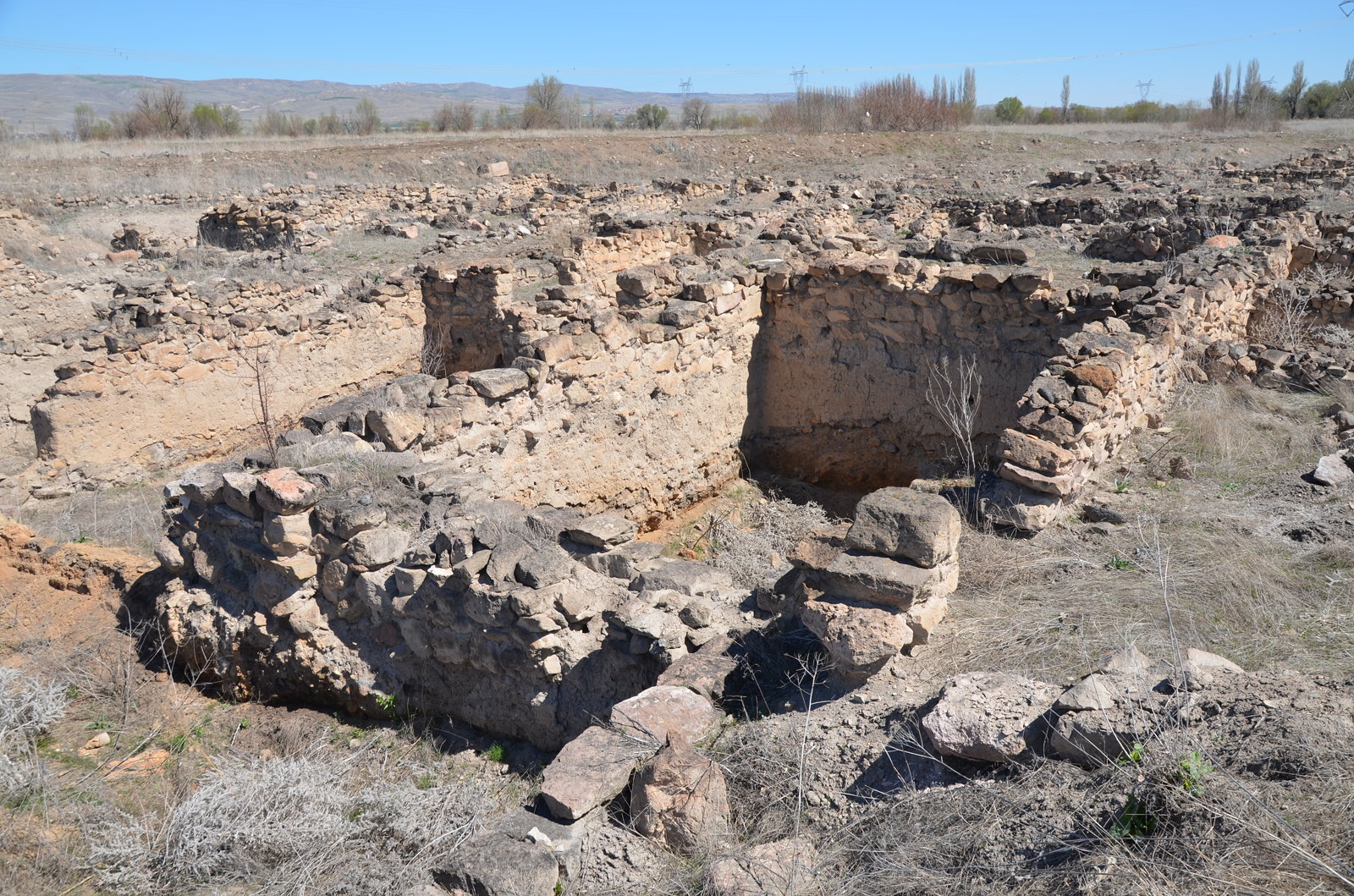 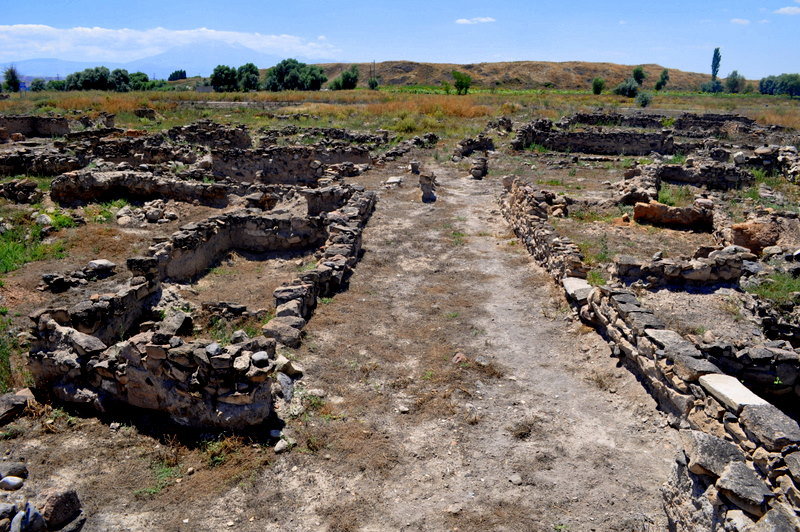 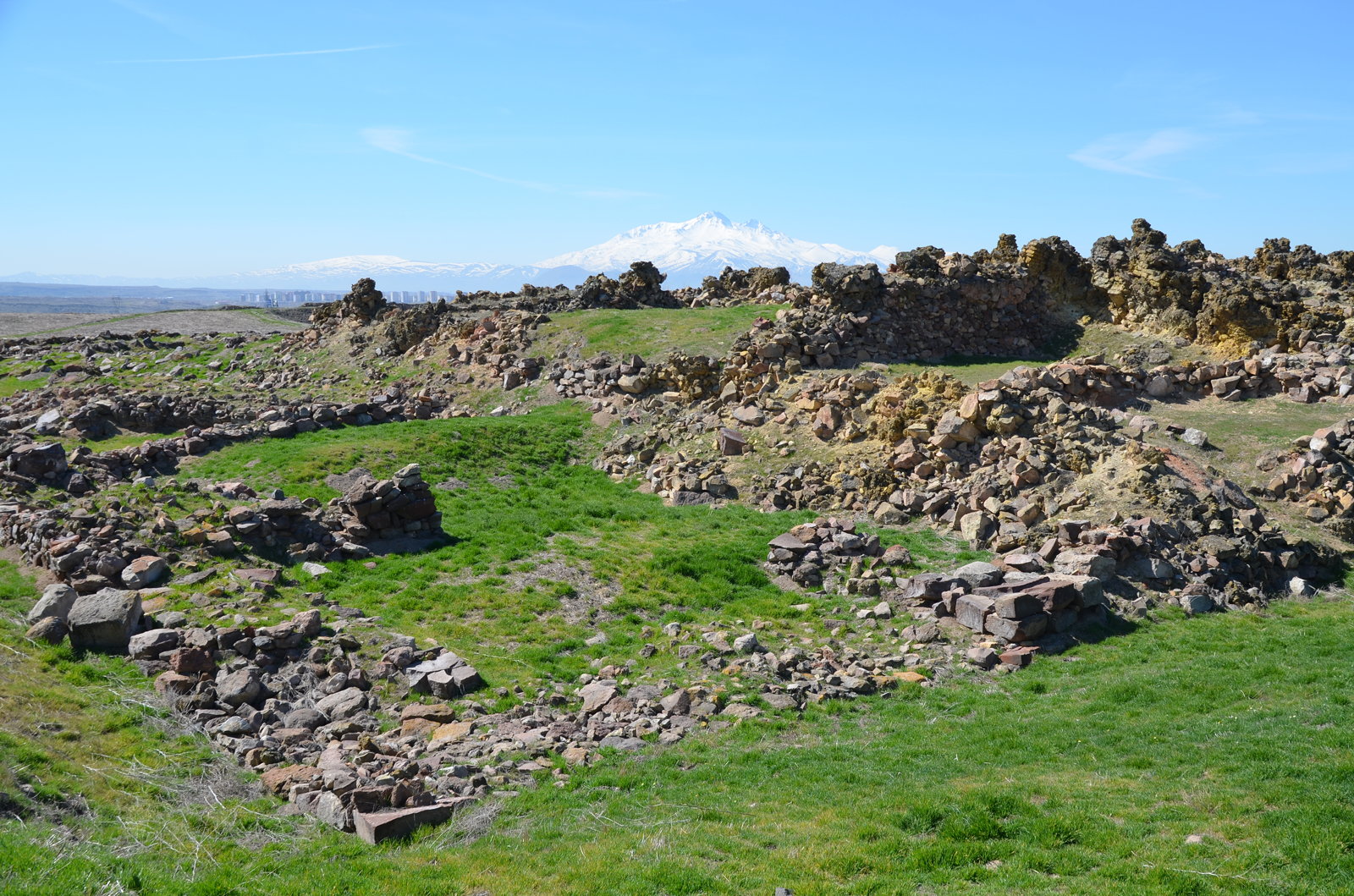